One of the best architects in history, Frank Lloyd Wright, sets a new milestone in the development of tall buildings, The Illinois, a proposal for a skyscraper that would reach the height of one mile (1.6 km).

Mid-fifties, 20th century, Chicago, the birthplace of the skyscraper. Made possible by the development of elevators and responding to the rising cost of land in a growing America.

The famous architect had recently received a commission for the development of a television antenna that would reach this same height, however, in a new exercise of controversy, Wright decided to develop a tower capable of housing all the dependencies destined to the government of Chicago, along with a large area of diverse programs. 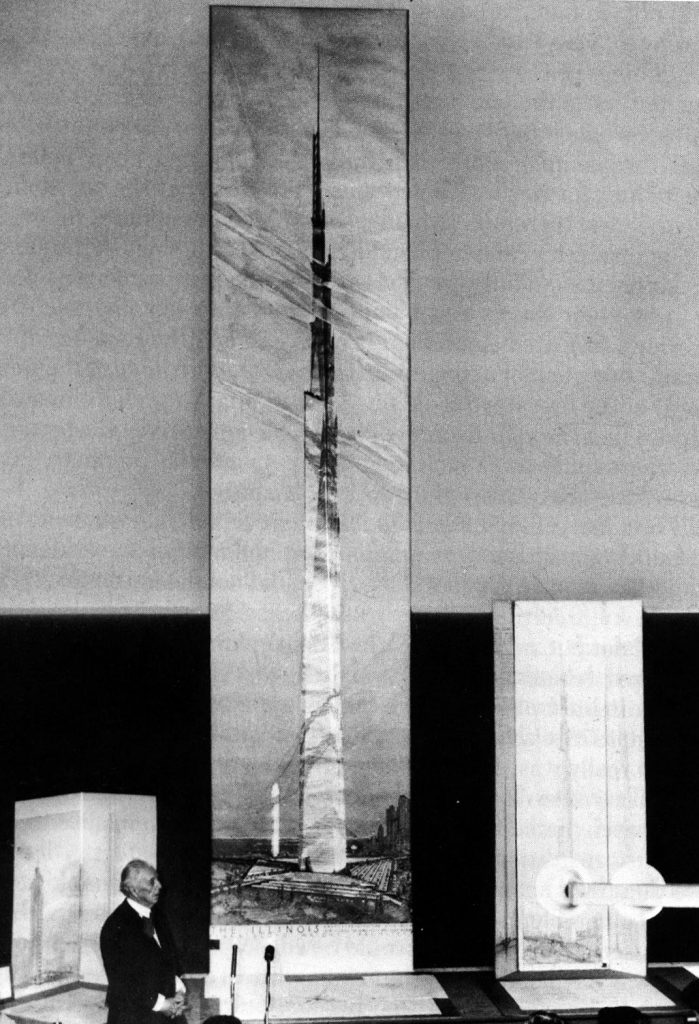 Widely known for his critical vision of modern architecture, the city, and the over densification carried out by his contemporaries, such as Le Corbusier. “The Mile” does not seem to fit in the architect’s profile. However, the American architect, demonstrating his already established ability to sell his ideas, defended the project as the radical proposal that it was. If the world was willing to move away from his utopian Low-Density City ideas like his Broadacre City proposal, so be it. 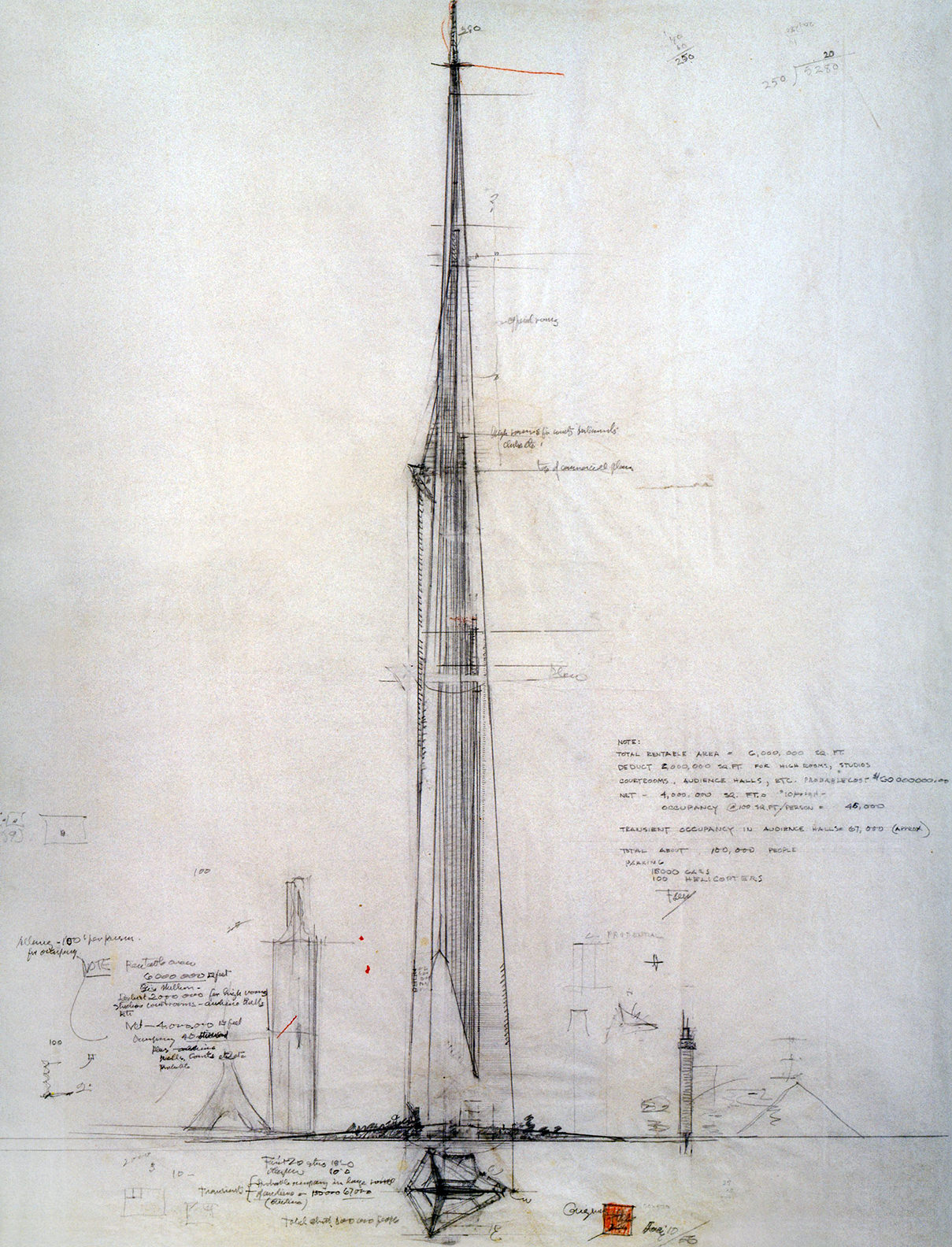 Thus, The Illinois can be interpreted as a show of ingenuity and a statement of Wright’s ability, being able to get out of what he considered the right path for architecture and still constitute a milestone in how radical his proposal was. But, at the same time, we can also read a strategy that would give space to the appearance of his low-density urban approaches. If a large amount of the city is centralized in height, a large amount of space is freed in the same proportions for residential development in communion with nature as he always defended.

It could be, however, that the architect was simply pushing the passion displayed by the modern architecture movement toward the skyscraper to an extreme to expose its meaninglessness. We are free to speculate, what is undeniable is that once again, with his designs, Wright is able to spark a conversation and set an example on a technical level of how to tackle a project of this magnitude. 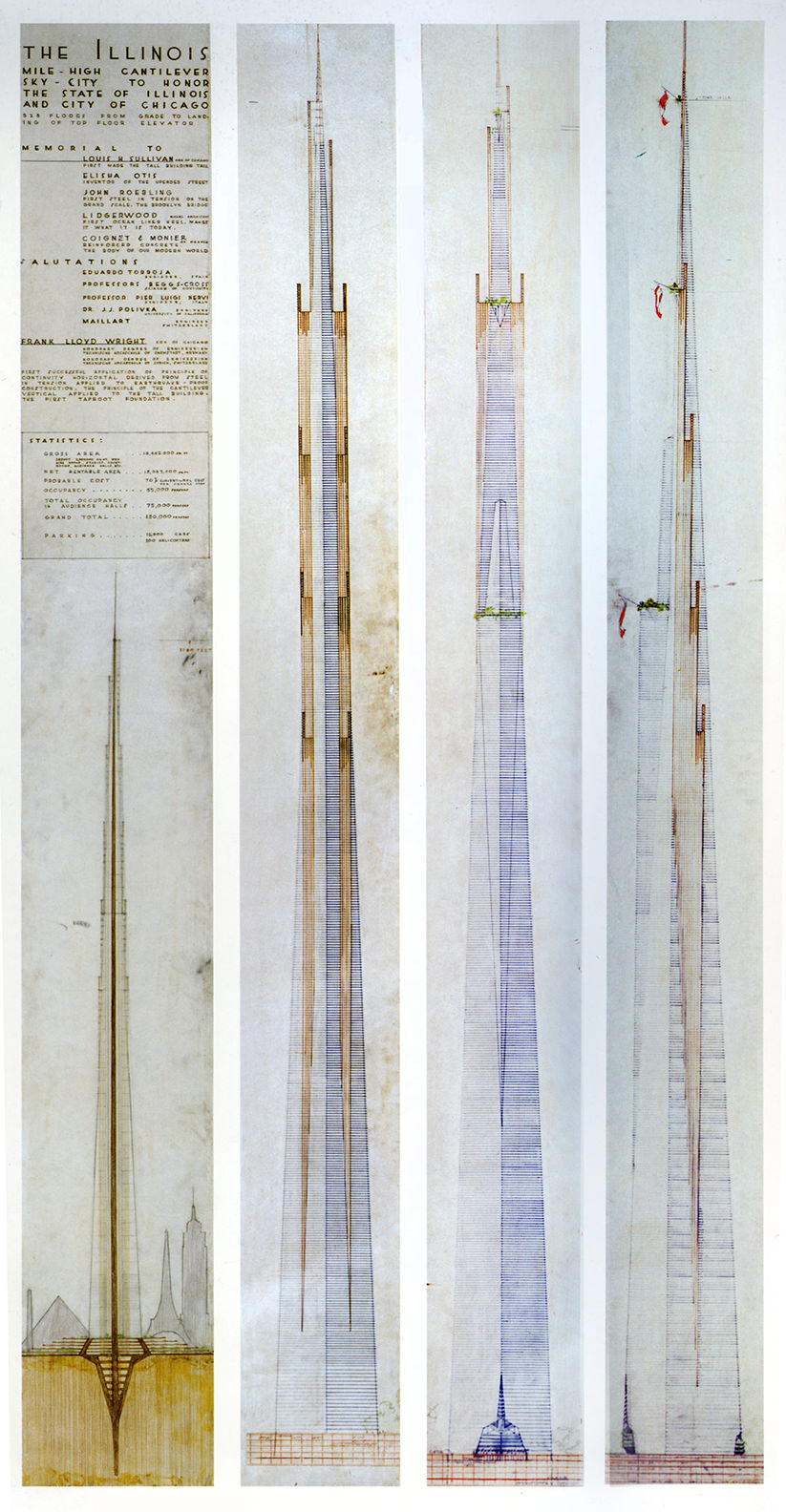 Inspired by the behavior of trees and churches, the design for the Mile would be made possible by means of a central core system, what he called the “pivot root” system, which differed from Le Corbusier’s tray and pilots system. Thanks to the definition of a central mast, the floorplates can vary easily in dimension and don’t need intermediate supports. In addition to centralizing circulations and services.

This allowed for a sprigged design, referred to as a tripod, in which the building becomes more and more slender as it grows taller. In this way, the wind does not exert pressure on the top, and even going down, the building’s angles break the top and its different sides collaborate to hold each other like a ring, giving the skyscraper great stability. 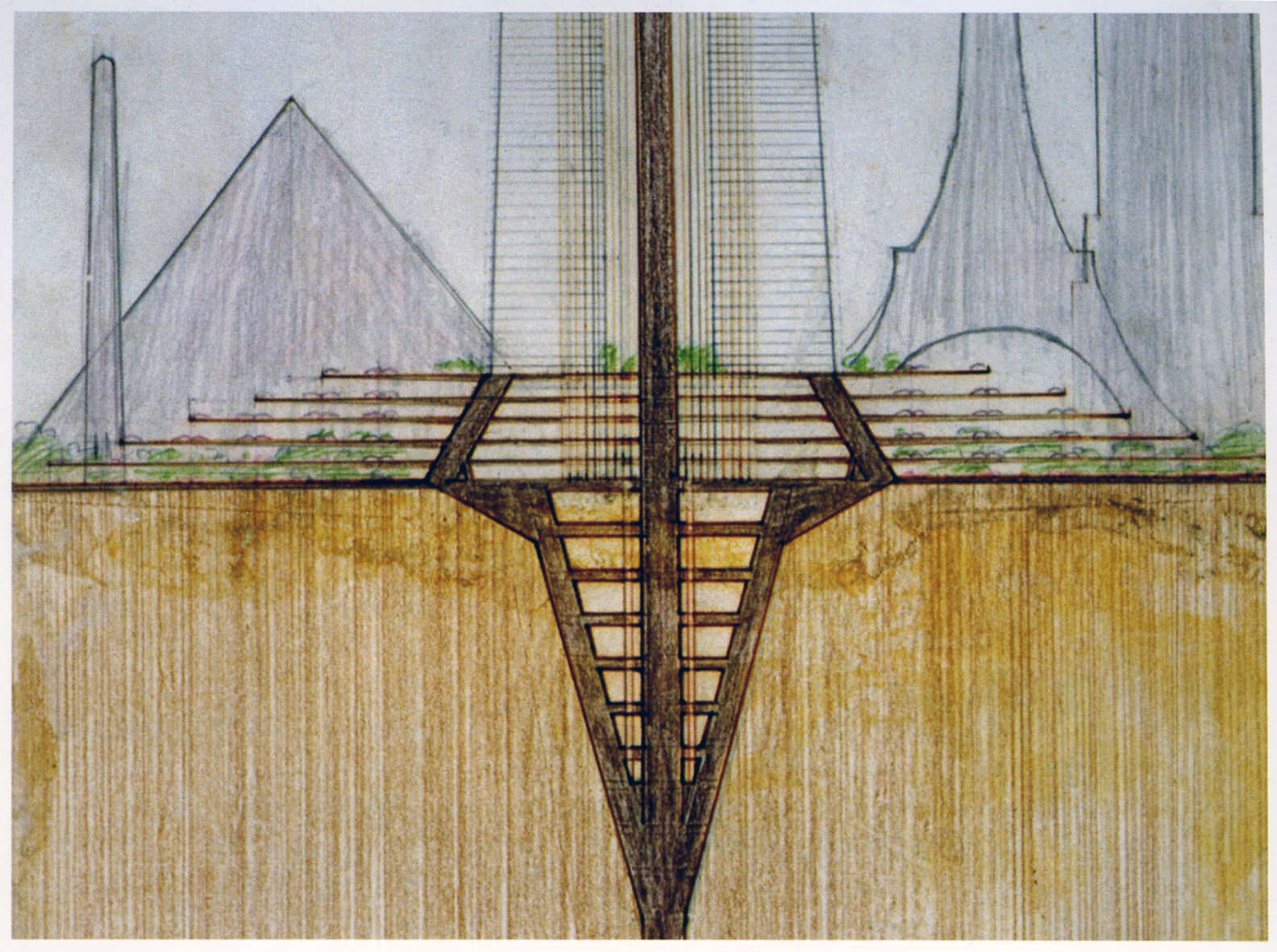 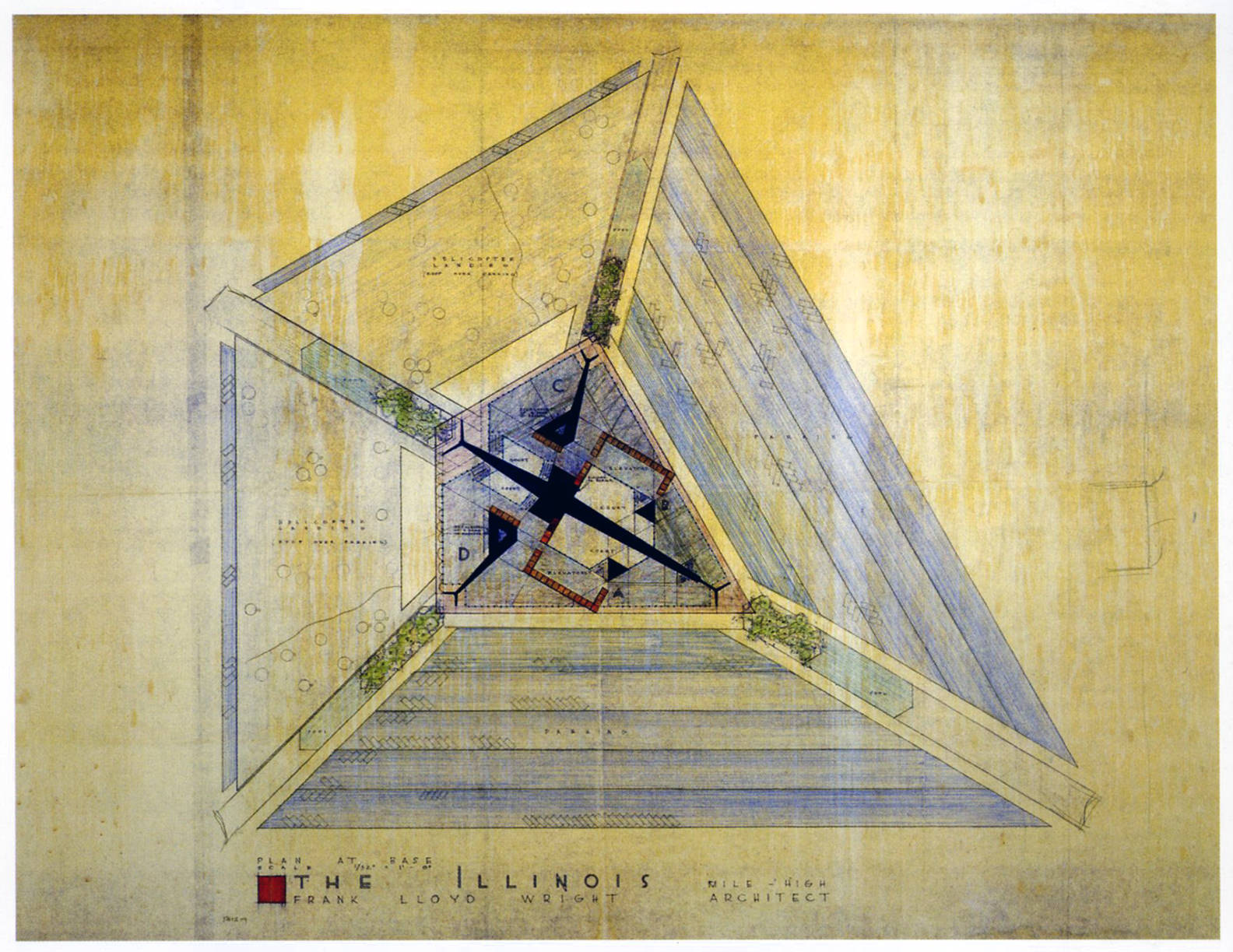 Another wonder that leaves us the mind of this controversial architect who, despite never being built, establishes a great milestone for the history of skyscrapers and leaves us with a good summary of Wright’s career, his perspectives on design and those contemporaries he admired, cited in several of the project documents. 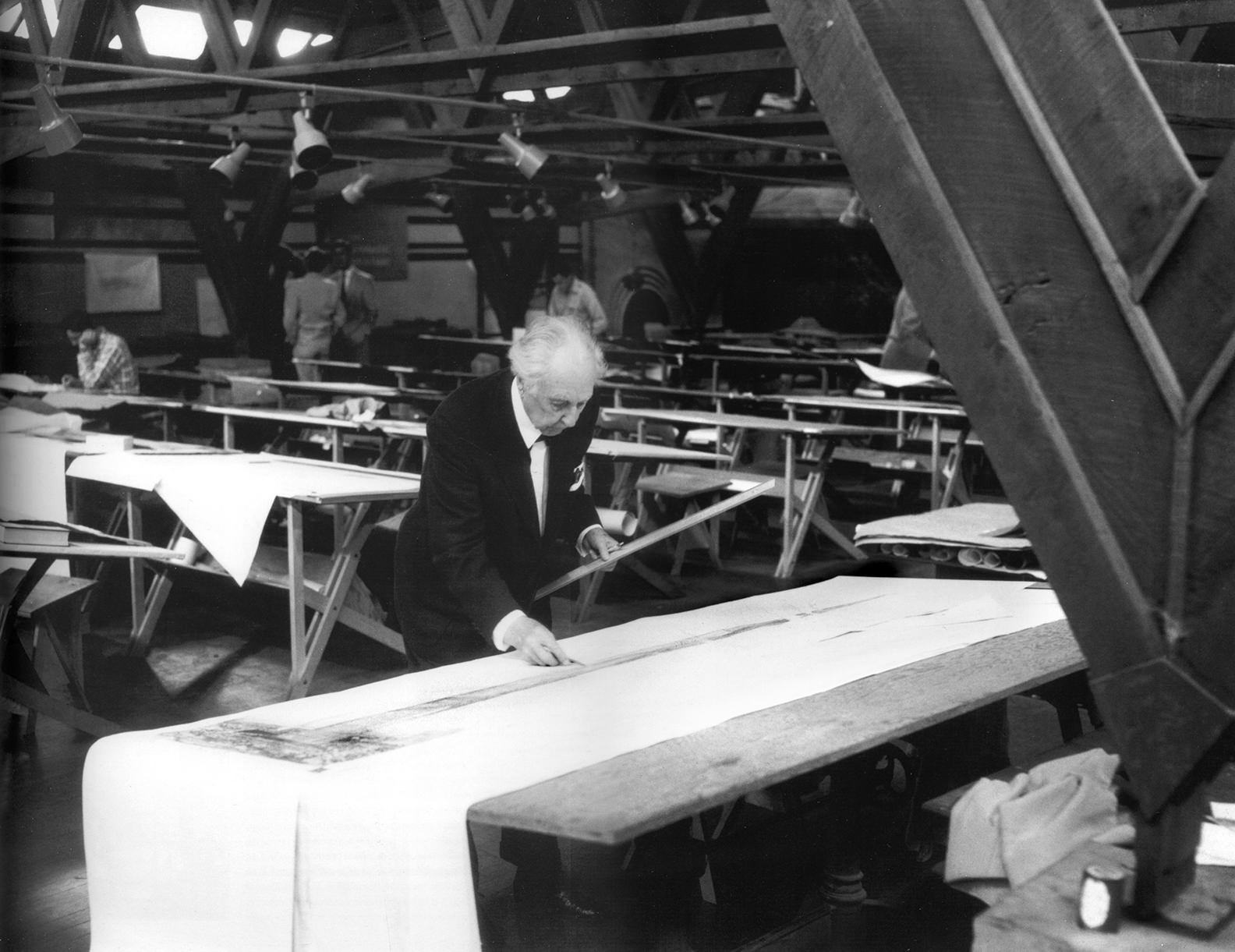