“When the New Continent called Gaudí”, a series of drawings made by the master and recreated by himself under his supervision that described this ambitious skyscraper, a new figure that unfortunately never became part of the Manhattan skyline.

Antoni Gaudí i Cornet, the great master of Catalan modernism. From Sagrada Familia to Colonia Güell reaching the Balearic Islands with the reconstruction of the Cathedral of Mallorca, among other great works, his legacy is far well known. But was this really the entire geographical spectrum of his contribution? Being aware of the global recognition that the Catalan architect currently has, we wouldn’t be surprised to find out  that he did not, however, the publication of his American project in a memoir published by Joan Matamala in 1960 was surrounded by great controversy given how unnoticed was the proposed building at that time.

We are talking about the Attraction Hotel, Gaudí’s vision for what at the time would have been the tallest building in the world, in New York, conceived between 1908 and 1911, prior to the construction of the Empire State Building. And as impressive as the proposal was bound to be, it wasn´t until 1960´s when Joan Matamala revealed to us in, “When the New Continent called Gaudí”, a series of drawings made by the master and recreated by himself under his supervision that described this ambitious skyscraper, a new figure that unfortunately never became part of the Manhattan skyline. 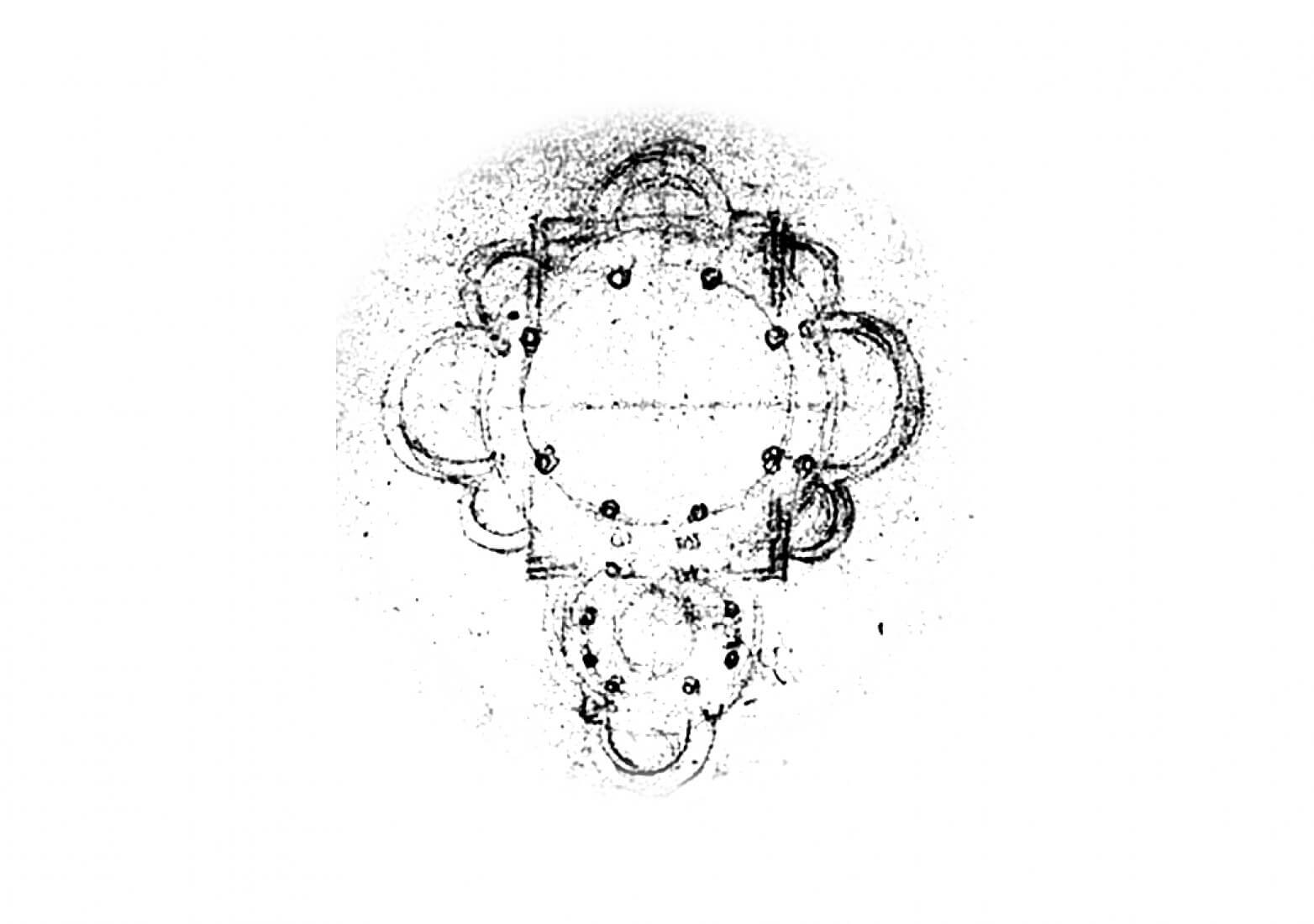 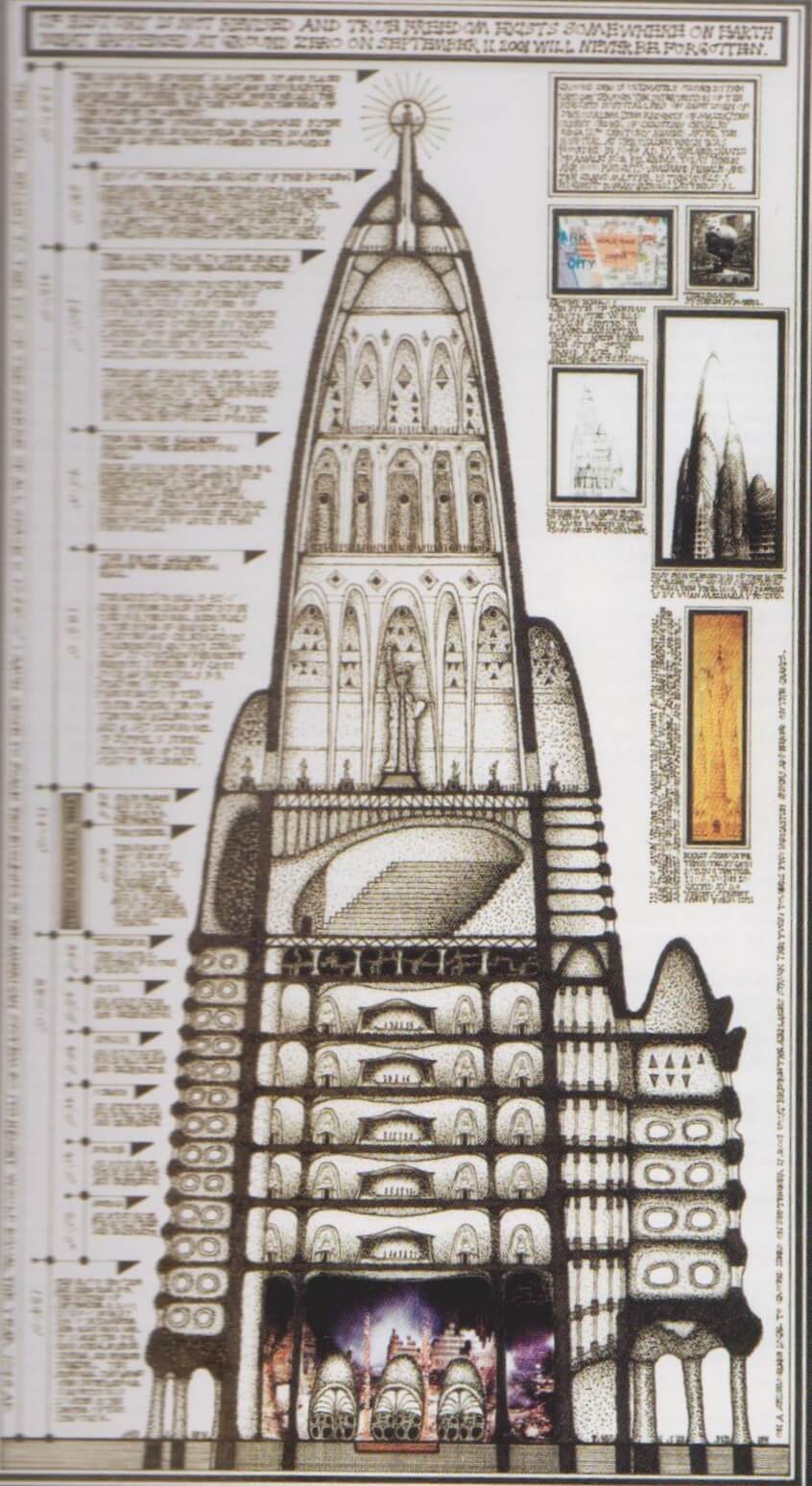 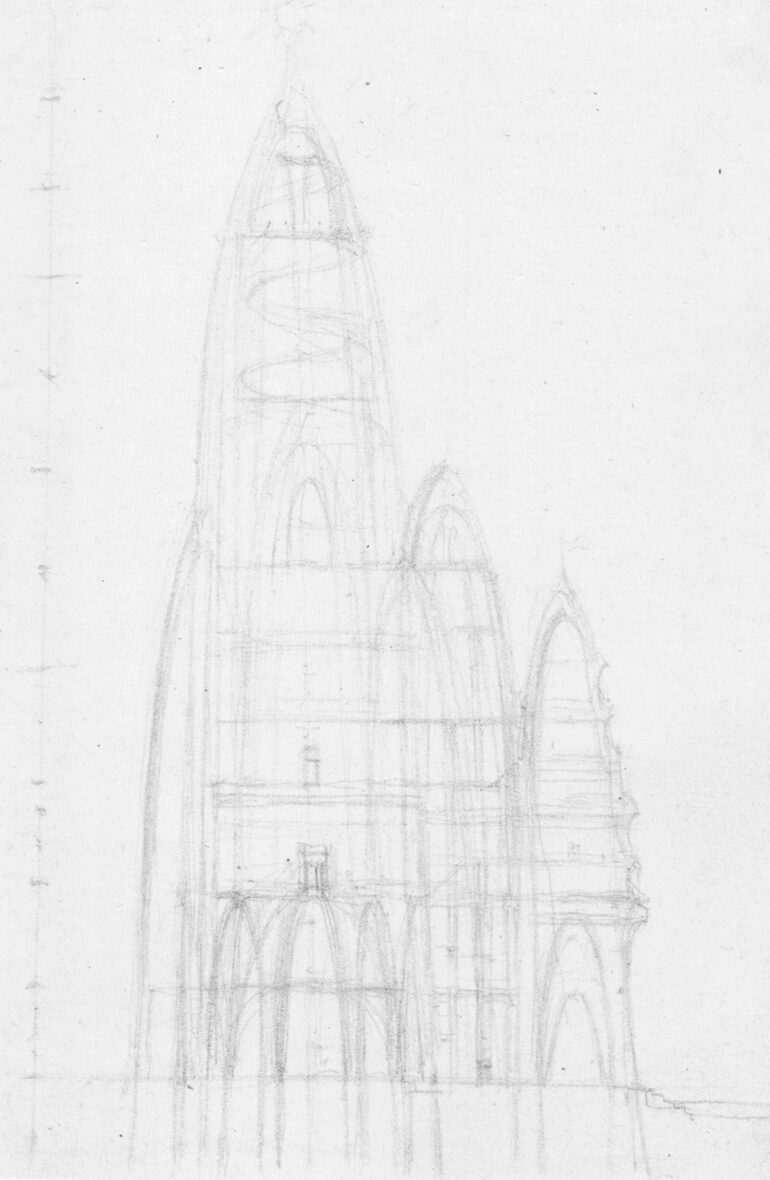 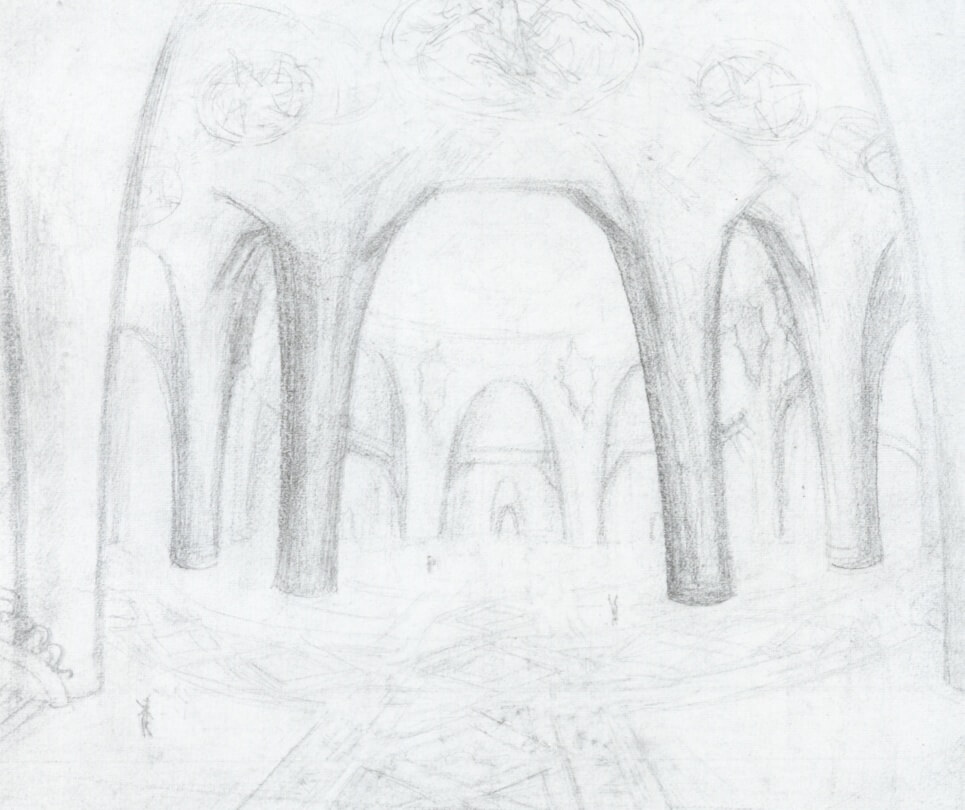 Reaching 360m in height, the mixed-use building was intended to combine residential program, restaurants, museums, art galleries and auditoriums. It was planned to be made up of a central body with a circular plan surrounded by 8 lower lateral volumes that would house the museums, with a total of 4 entrances. The central body would be dedicated to 5 large rooms superimposed vertically, one for each continent, finished off with the great room of Tribute to America, which would reach 125m in height, more than a third of the total height of the skyscraper. The building was conformed in a parabolic shape with a base that would occupy an area of ​​115 x 140 meters, using in section the catenary geometry so characteristic of the architect. Details of the design that gave credibility to Matamala’s publication, later analyzed, studied and confirmed by the Mexican architect Marcos Mejía López, in his doctoral thesis.

In his research, Mejía found various stylistic similarities between the New York project and several works by Gaudí, especially between the vault of the Tribute to America room and that of the Güell Palace, between the lateral bodies of the building and the facade of Casa Milà, and the hotel as a whole compared to the Crypt of Colonia Güell. 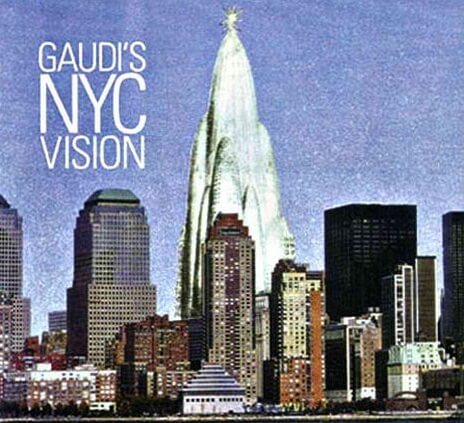 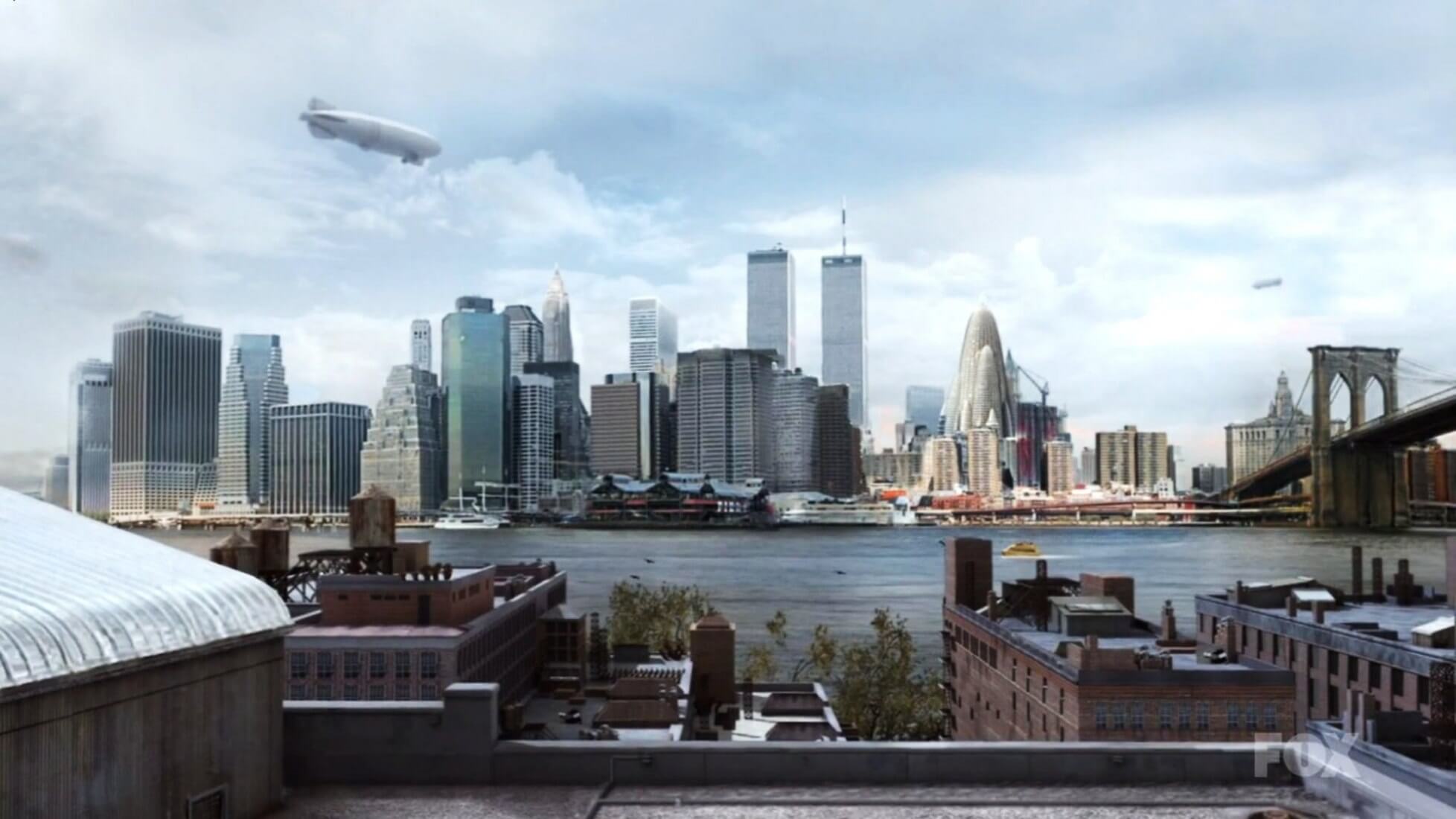 Gaudí designed the construction in a combination of construction systems, iron, cement, stone and brick for the structural parts and the envelope, accompanied by its characteristic ceramic mosaics and culminating in large glass domes. A whole repertoire of the construction techniques of the moment.

Defined as a milestone, the project would have erected a cathedral in the new world, which as such, would not respond to religion but to what made the American nation great, the entrepreneurial and challenging character of the people united in the fight for freedom and new opportunities. A work full of symbolism that was even on the table once again when the American people wanted to reinvent themselves after one of the worst tragedies in history, in the reconstruction of zone 0. Part that should not be forgotten, of the work, once again not finished, in this case not even started, for which the name of Antoni Gaudí is so well known.