“We wanted to build a clear idea: the idea of ​​movement: the raison d’être of the automobile, as a central theme for the new Mercedes Benz museum in Stuttgart.”

We are at the beginning of the 21st century, a unique moment in the recent history of architecture, we are approaching the moments of maximum expansion of the construction bubble and everything seems possible. If it can be imagined it can be built.

In this atmosphere of constant innovation, restlessness, and a bit of formal and technological madness that was breathed in the field of architecture, the historic automobile firm Mercedes-Benz makes a call to the most groundbreaking architects of the moment for a contest that would define their new museum in Stuttgart. A celebration of the history of the brand that wanted to integrate and complete the monumental industrial landscape that defined one of the eastern entrance to the city, next to the B14 motorway. 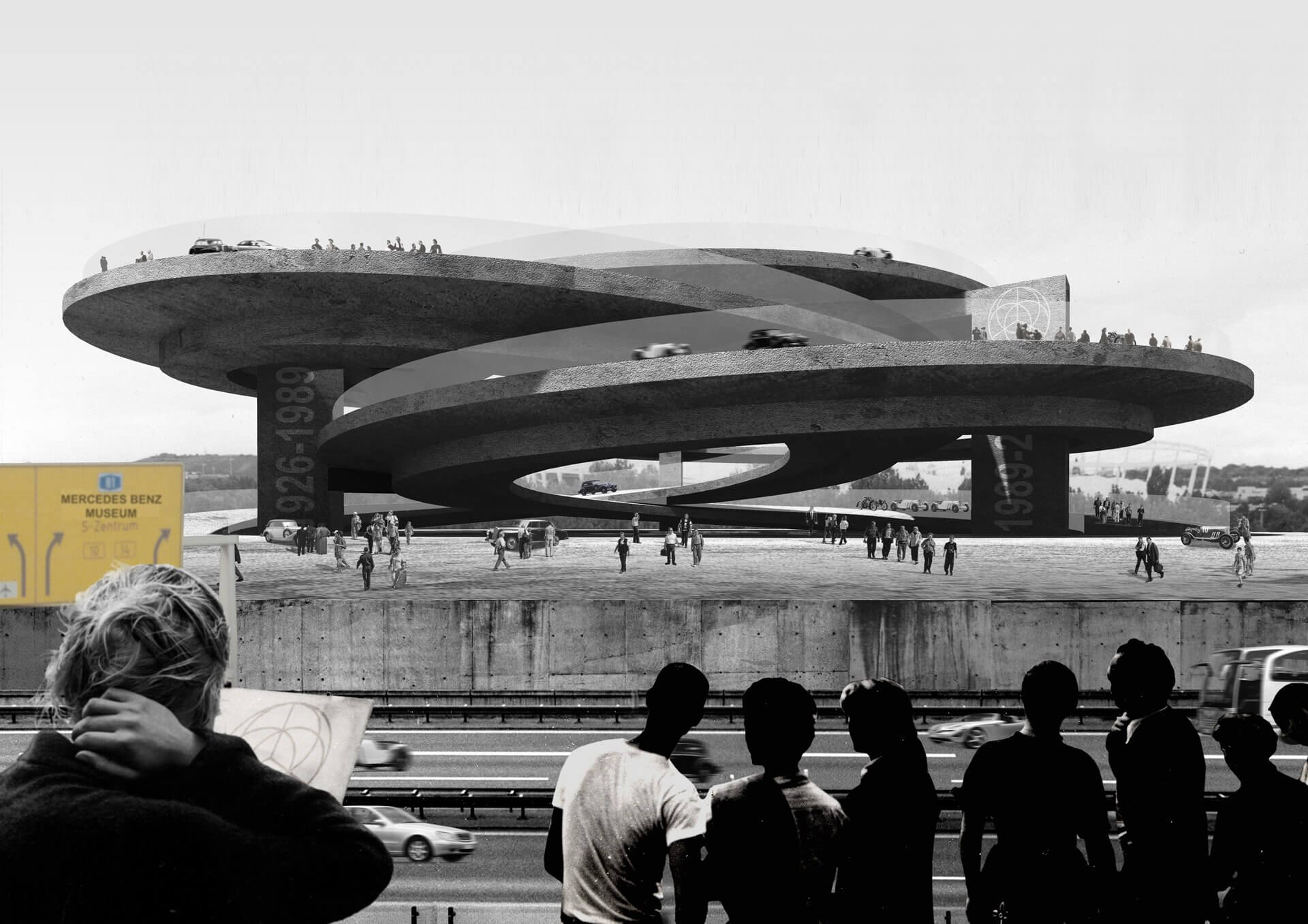 This is a unique opportunity to reflect on one of the hottest topics of the time, speed and movement. That element that was clearly defining cities and that was already establishing itself as a synonym for modernity around the world was approaching a scale on which it was practically about to make its debut. An opportunity that the architects, Alberto Campo Baeza and Alberto Morell Sixto, could not miss. 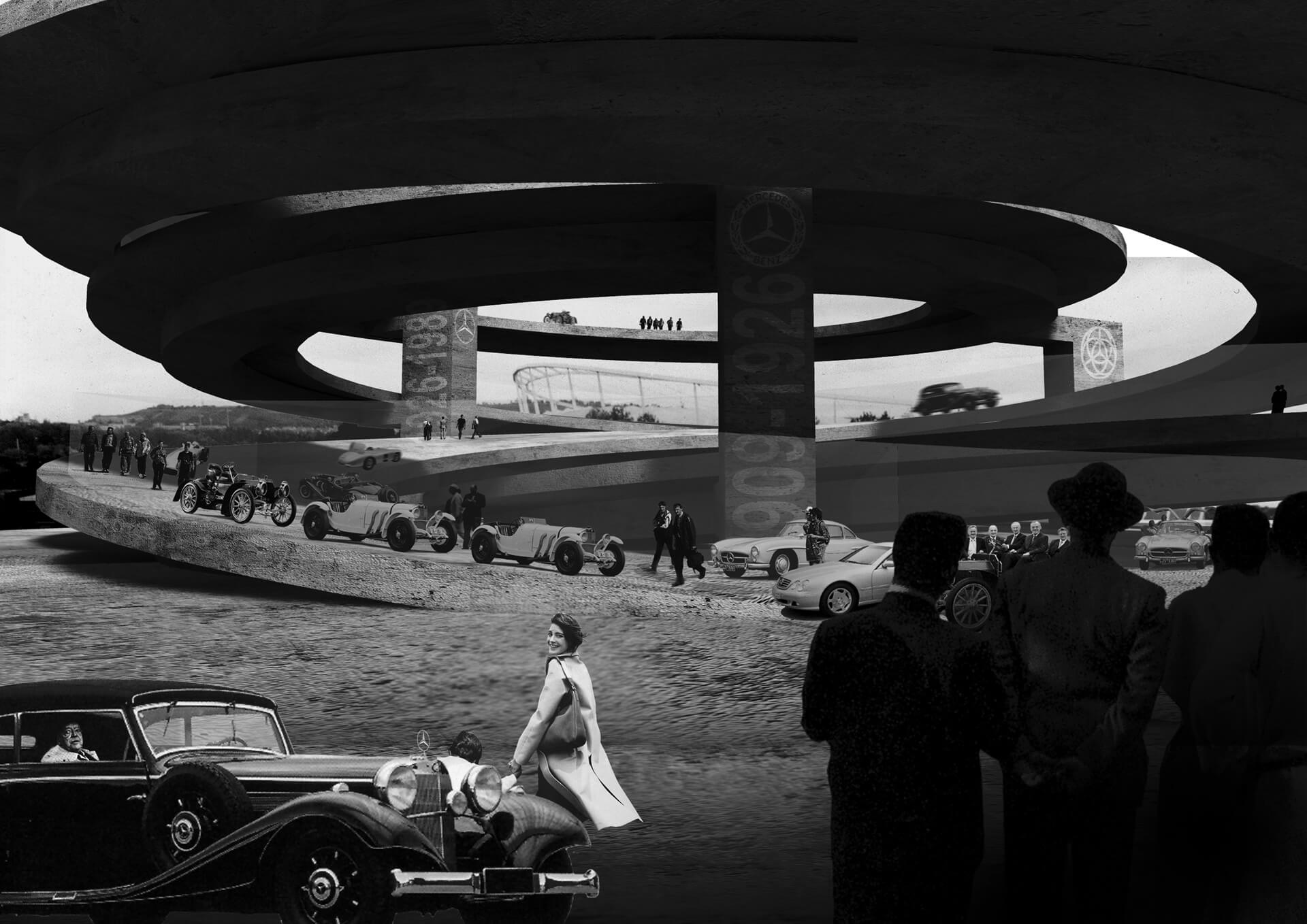 In this context the proposal of these two great Spanish architects is defined. In his own words:

“We wanted to build a clear idea: the idea of ​​movement: the raison d’être of the automobile, as a central theme for the new Mercedes Benz museum in Stuttgart. As a material base, with the possibility of going back and forth, we conceived a section of elevated motorway with an helicoidal layout, with a central band for museum visitors and a side band for the cars on display, all covered with a glass box. And another uncovered side band, on which the moving cars will be.

To respond to the place: a crossroads between a road, an elevated motorway and a river, we created a large podium, which includes the entire program of server elements, whose upper plane is accessed by wide ramps and on which the powerful helicoidal piece stands.

All in fair concrete. Simple and resounding. Thus, we try to build an image capable of surprising and fascinating for the new Mercedes Benz museum. Able to remain in time and memory. “ 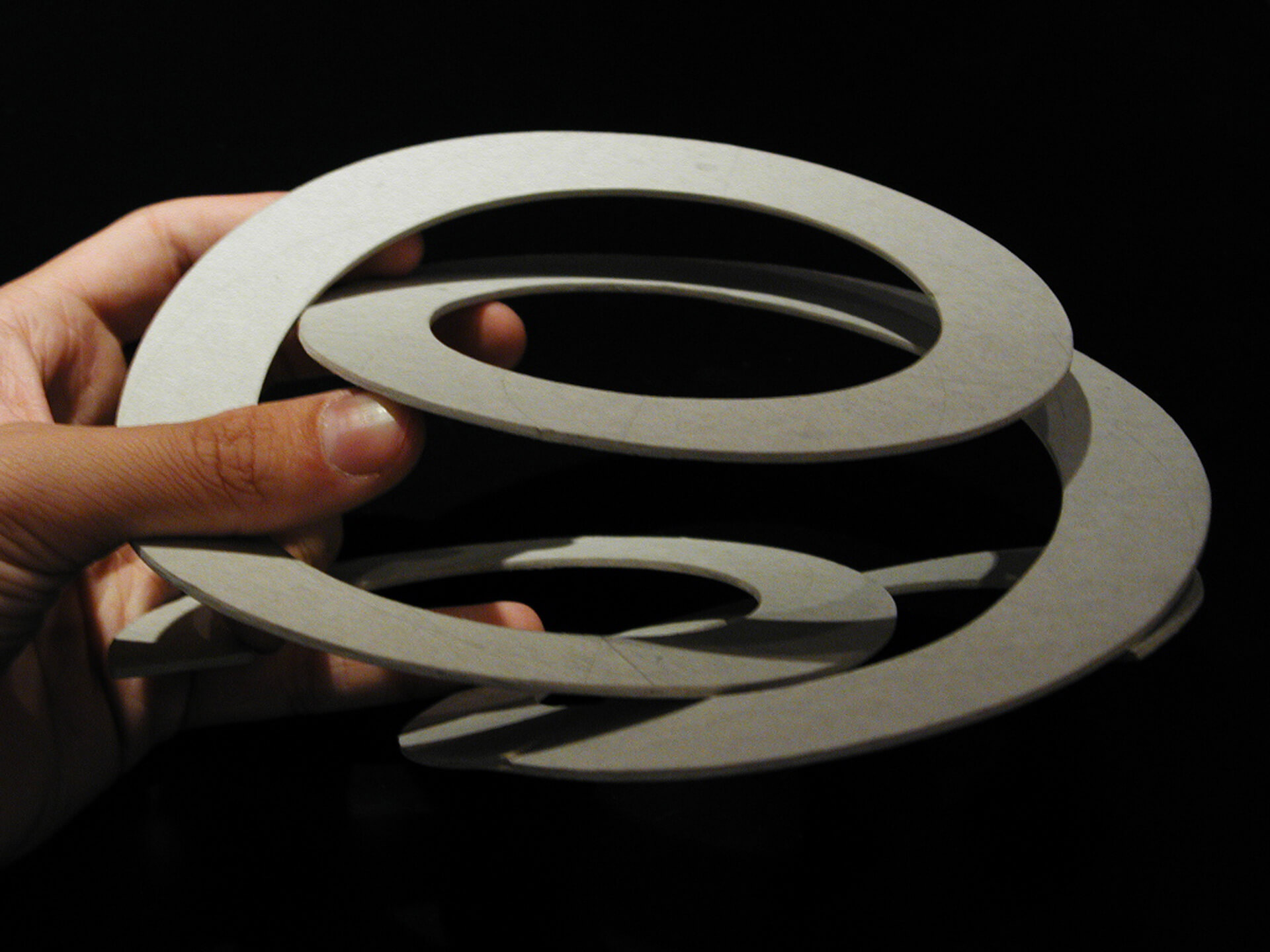 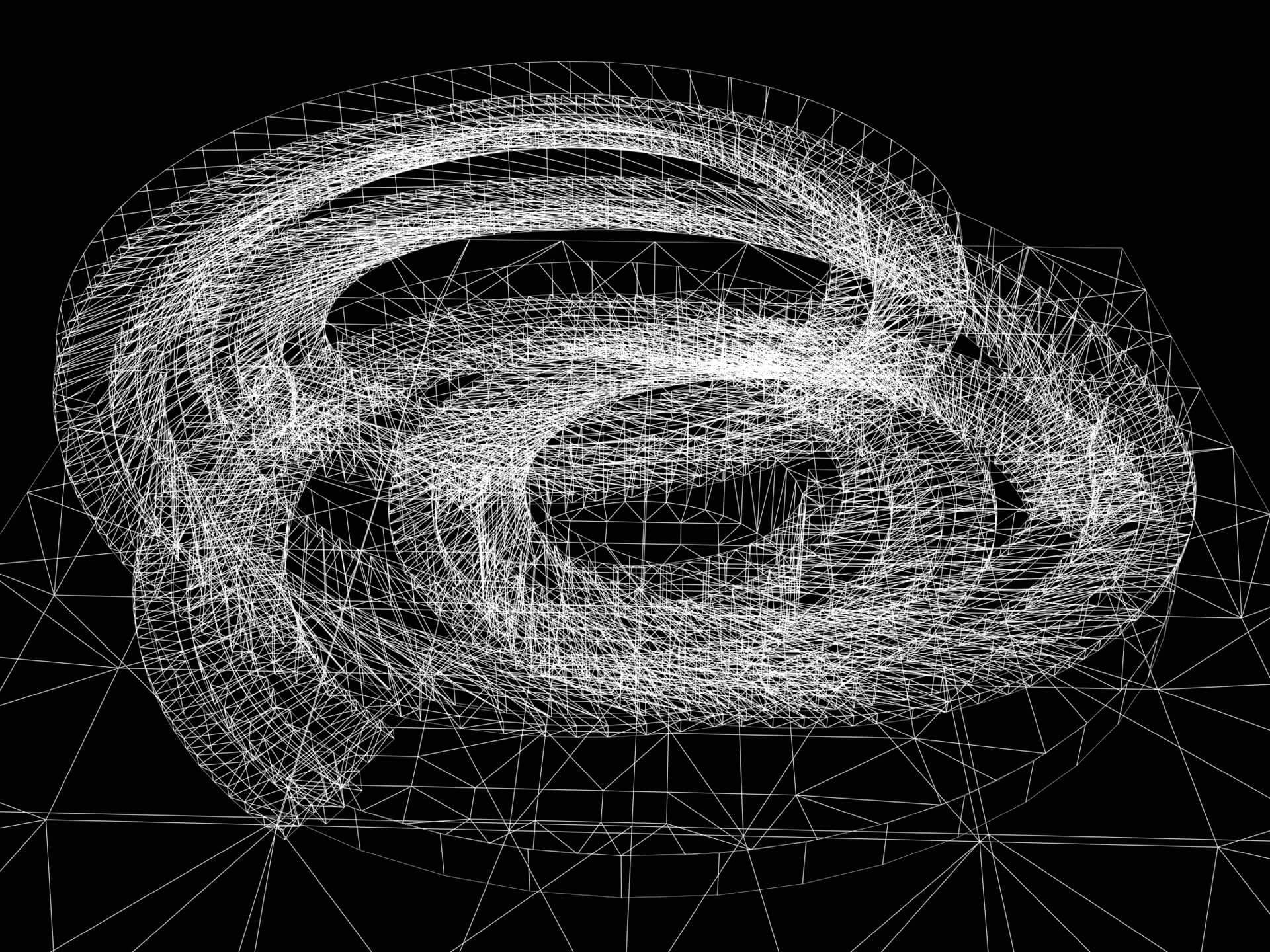 An imposing work that challenges existing museum typologies and provides a unique response to its context. The imponent infrastructure of a highway is literally tamed and brought closer to human scale. Bending it and raising it in a great structural effort that, on the contrary, seems to be achieved with ease, with a few vertical cores and a glass envelope that dissolves in the sky. A landmark raised on a podium that maintains the realism of the proposal, defining the serving spaces in a gesture that calls for order and functionality, giving balance to the madness expressed in the landmark defined with the main piece of the museum and that acts as an intermediary with the terrain and the industrial context that surrounds the building at the same time that it’s able to define a new plane, an inexpressive zero level that increases the monumentality of the helicoidal element thanks to its neutrality. 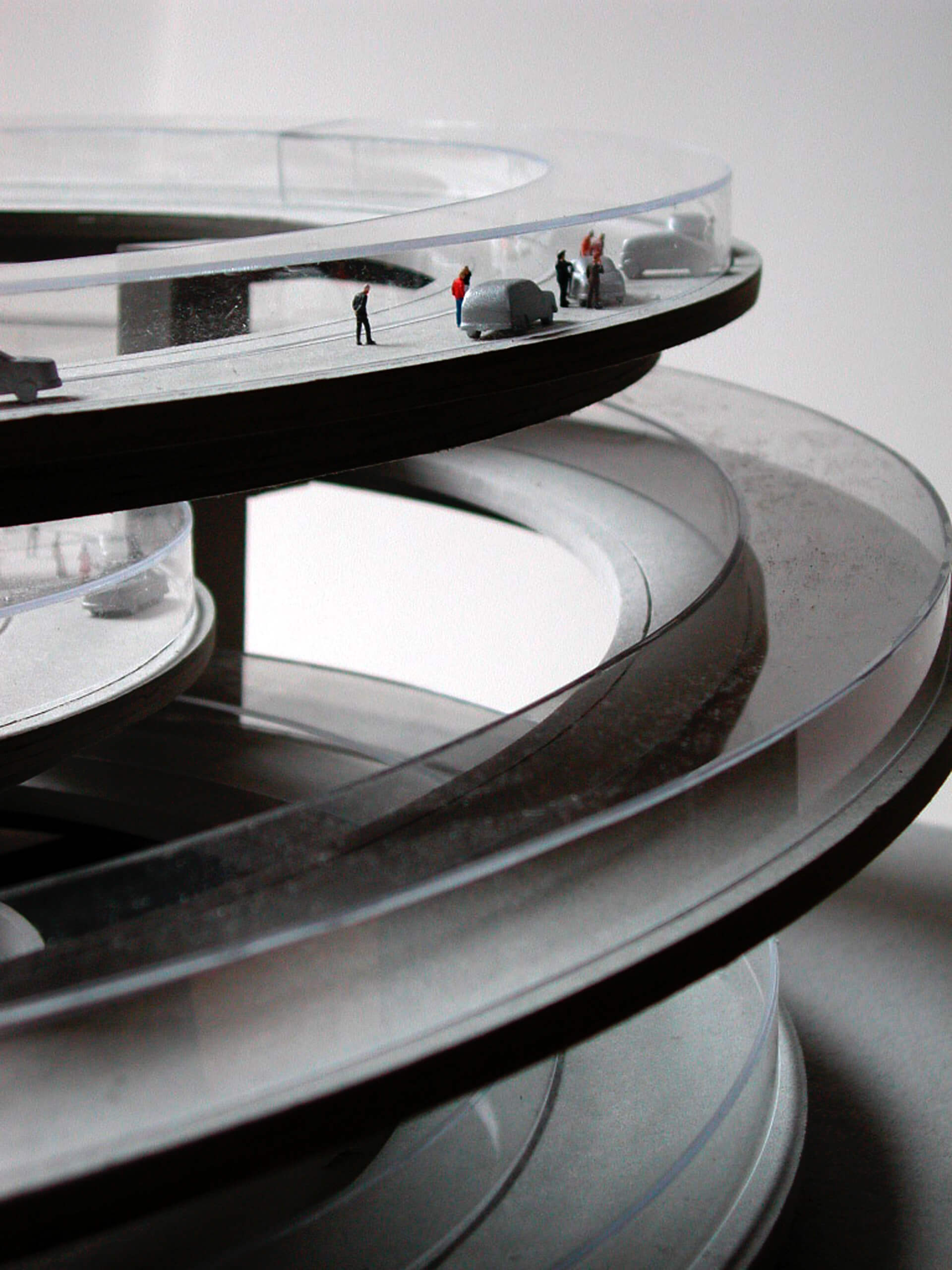 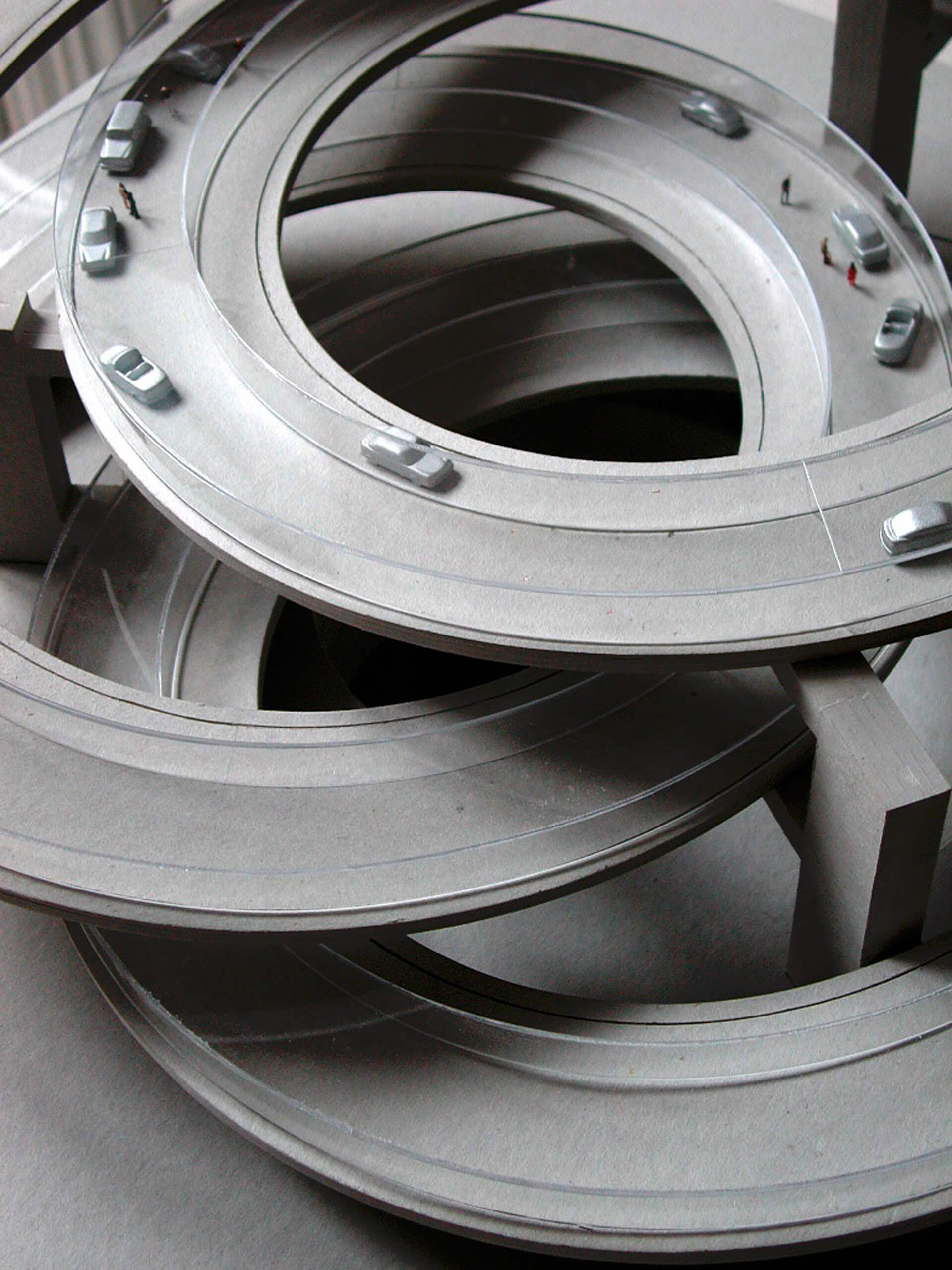 And beyond the successes of the project, we must also pay attention to the documentation presented, especially the video of the project. An exemplary piece that accurately describes the quality of the project and its peculiarities, being able to convey the idea of ​​movement and spatial continuity. A graphic documentation that in coherence with the project makes use of established techniques of the collage style in an innovative way, giving it movement, in the same way that the proposal deals with the infrastructure or the concrete itself. 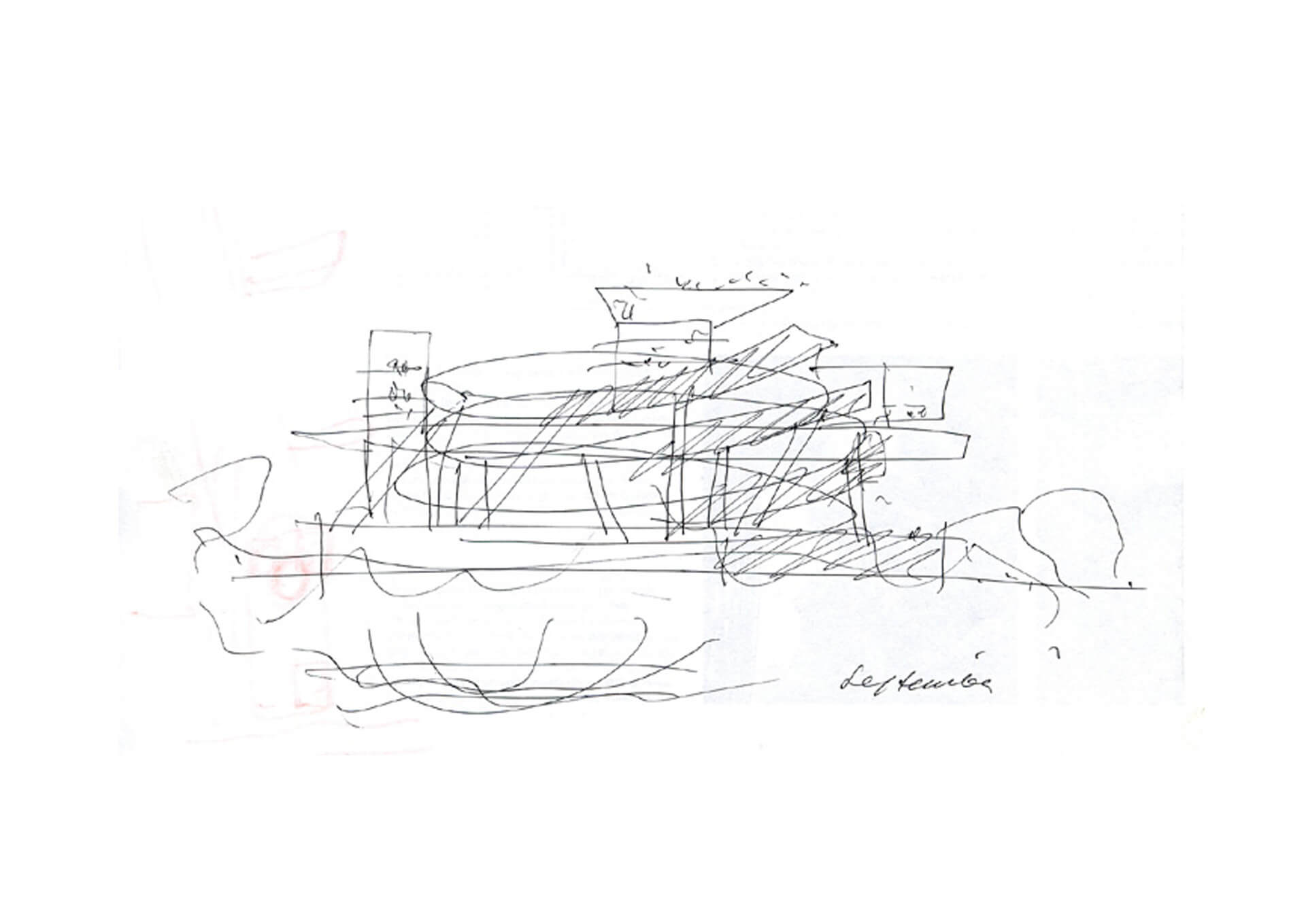 The purity of the proposal, however, did not give them the first place in the contest, finally the building made was the proposal by UNStudio. But that does not detract from any value of a unique project with some early elements that we’ll be able to glimpse later in other highly successful works by Campo Baeza. 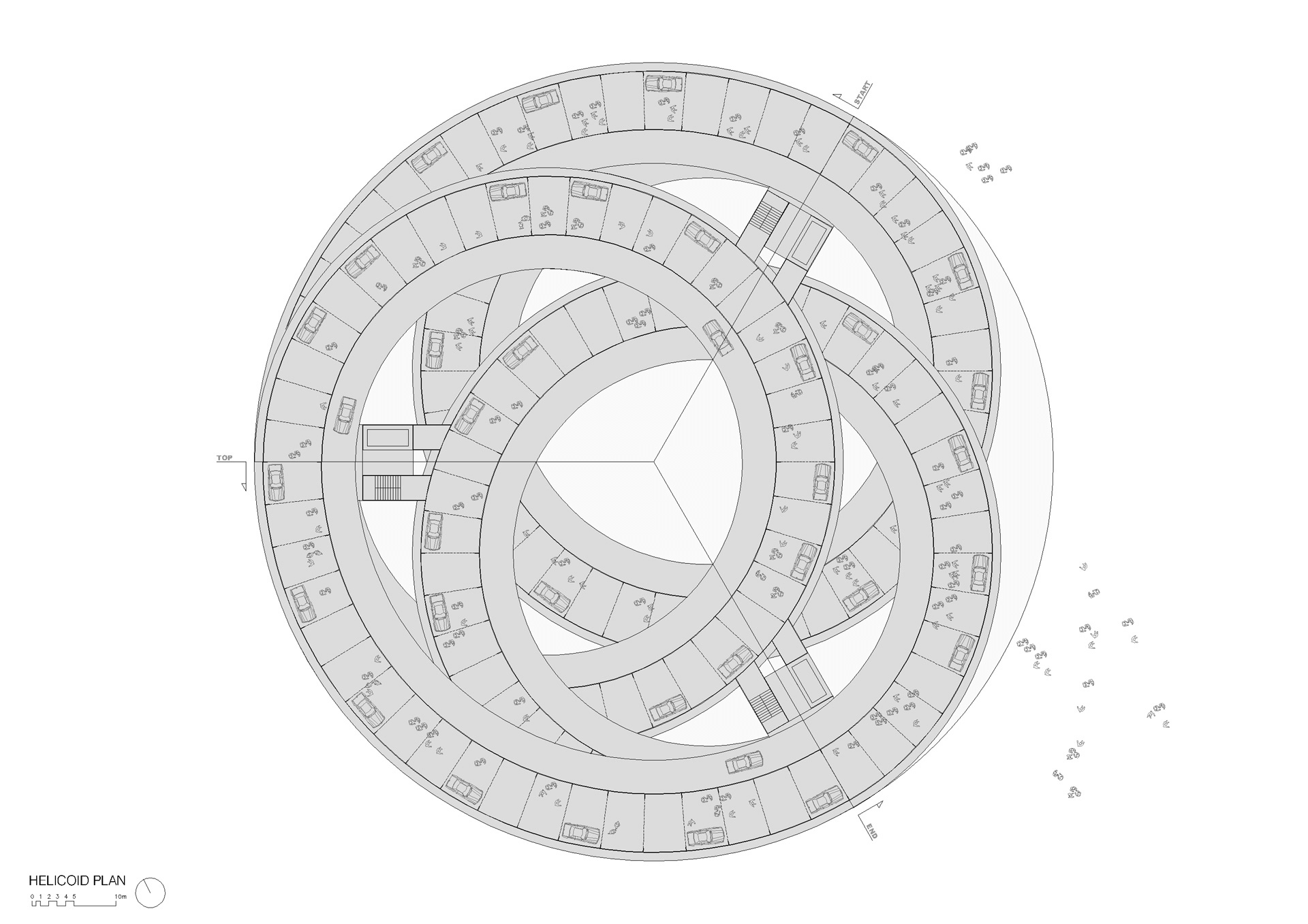