“Object made up of a set of parts and manufactured for a specific purpose, especially that which does not constitute a defined machine, apparatus or device.” 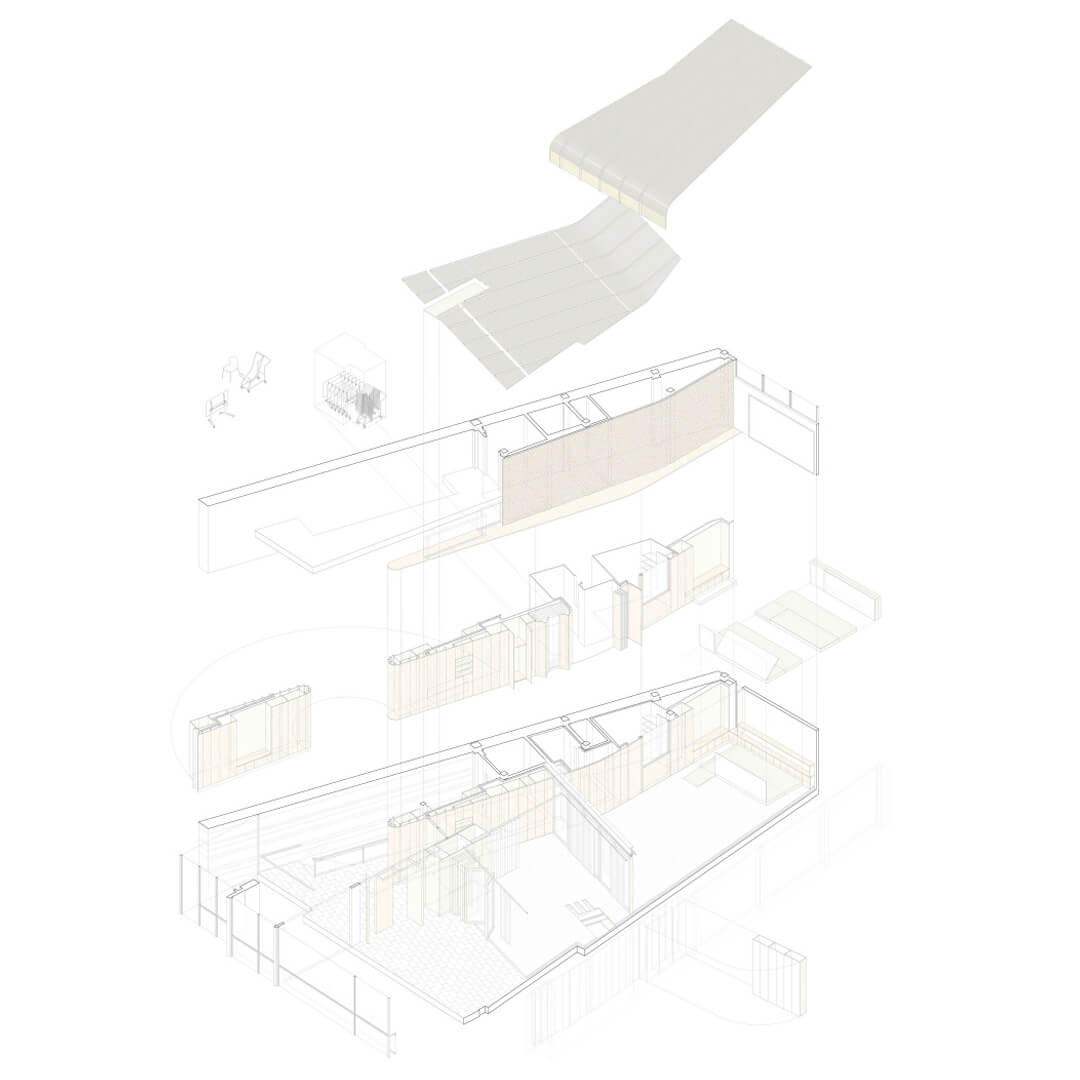 The furniture, facing and articulating mechanism, end of the project that manages to become one more spectator. The scenes appear, representing that liminal space that Hooper so surprisingly portrays in his works but always linked, one is a consequence of the previous one, symbolically with the appearance of a series of doors that connect them. As the scene progresses, the window, symbol of light, grows, acquires greater importance and the door, becomes it. The one that used to be a door, the one that communicated the rooms, is now a window, the beginning and the end of that set of spatial utensils. 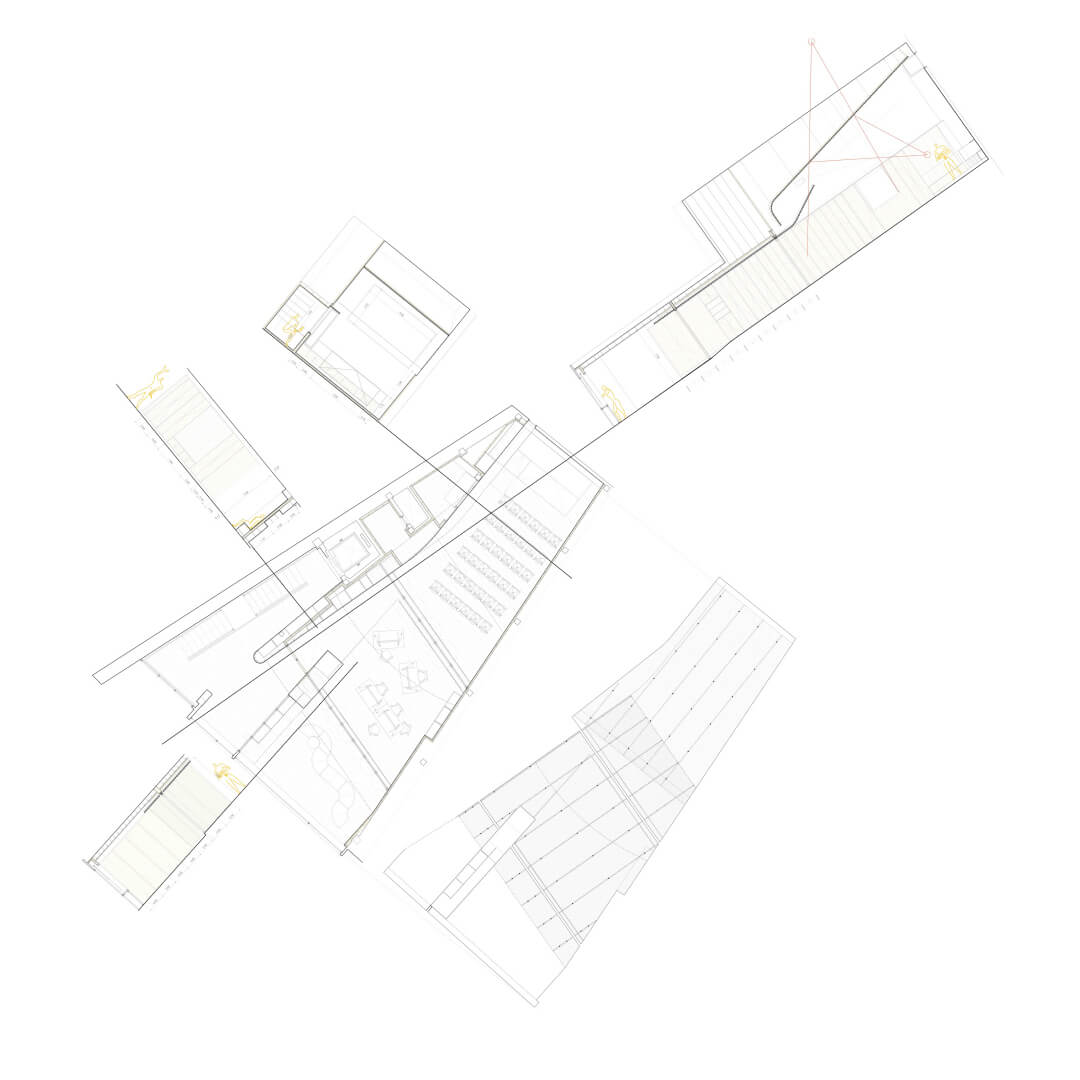 A piece of furniture is proposed, the artifact, which generates a hierarchy of flexible spaces or rooms, where its importance does not reside only here, but in the value of the different mechanisms that it allows to house. An organization based on the absorption of the irregularity of those nooks and crannies generated by the vertical communication band itself, which has part of the structural line attached. The furniture adapts, it tries to find the fluidity of the space, to connect both facades by recovering one of the hidden windows in this band, acting as a living organism. From it all those mechanisms necessary for the complete functioning of the spaces come out: folding doors, cabinets, large storage spaces … even two benches for resting. 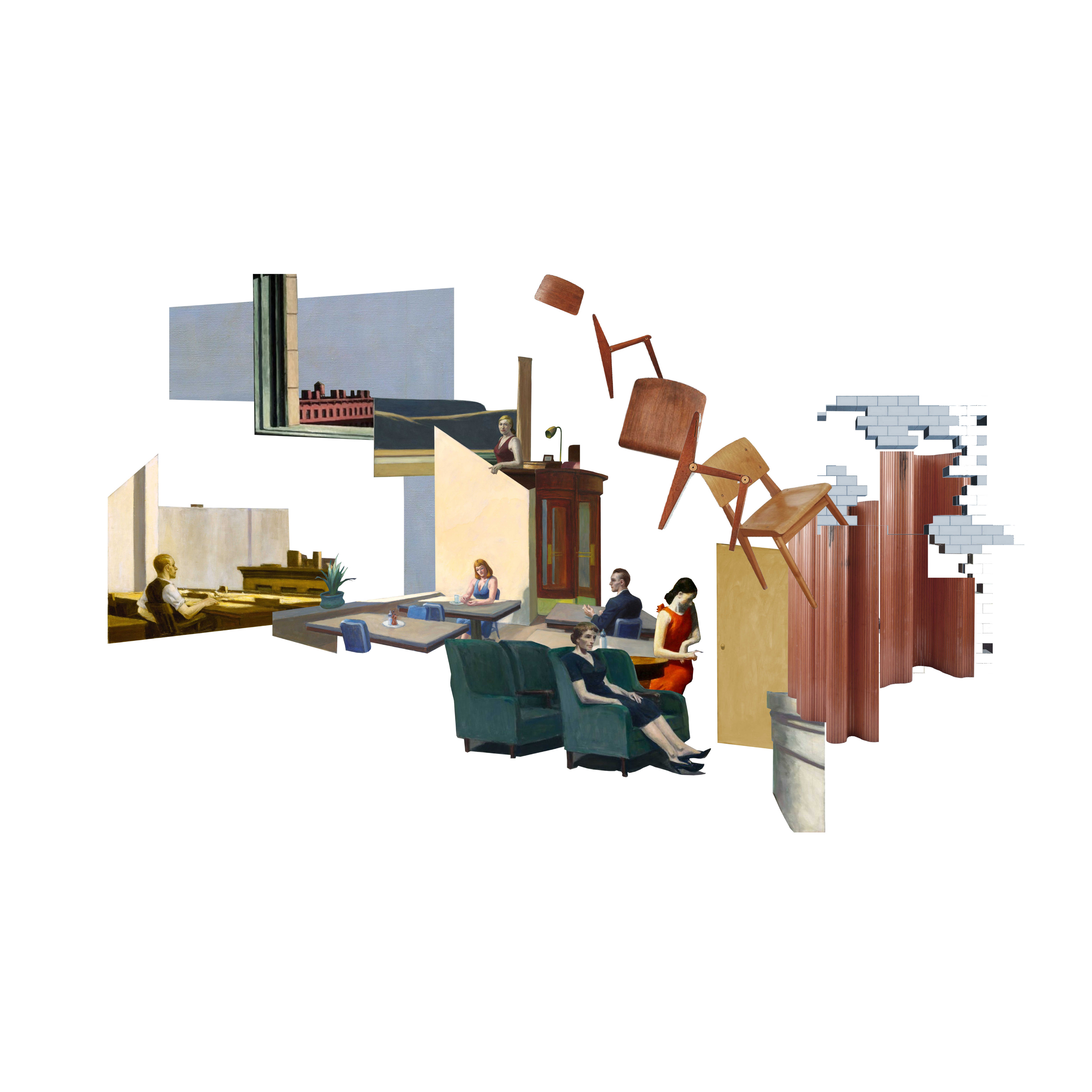 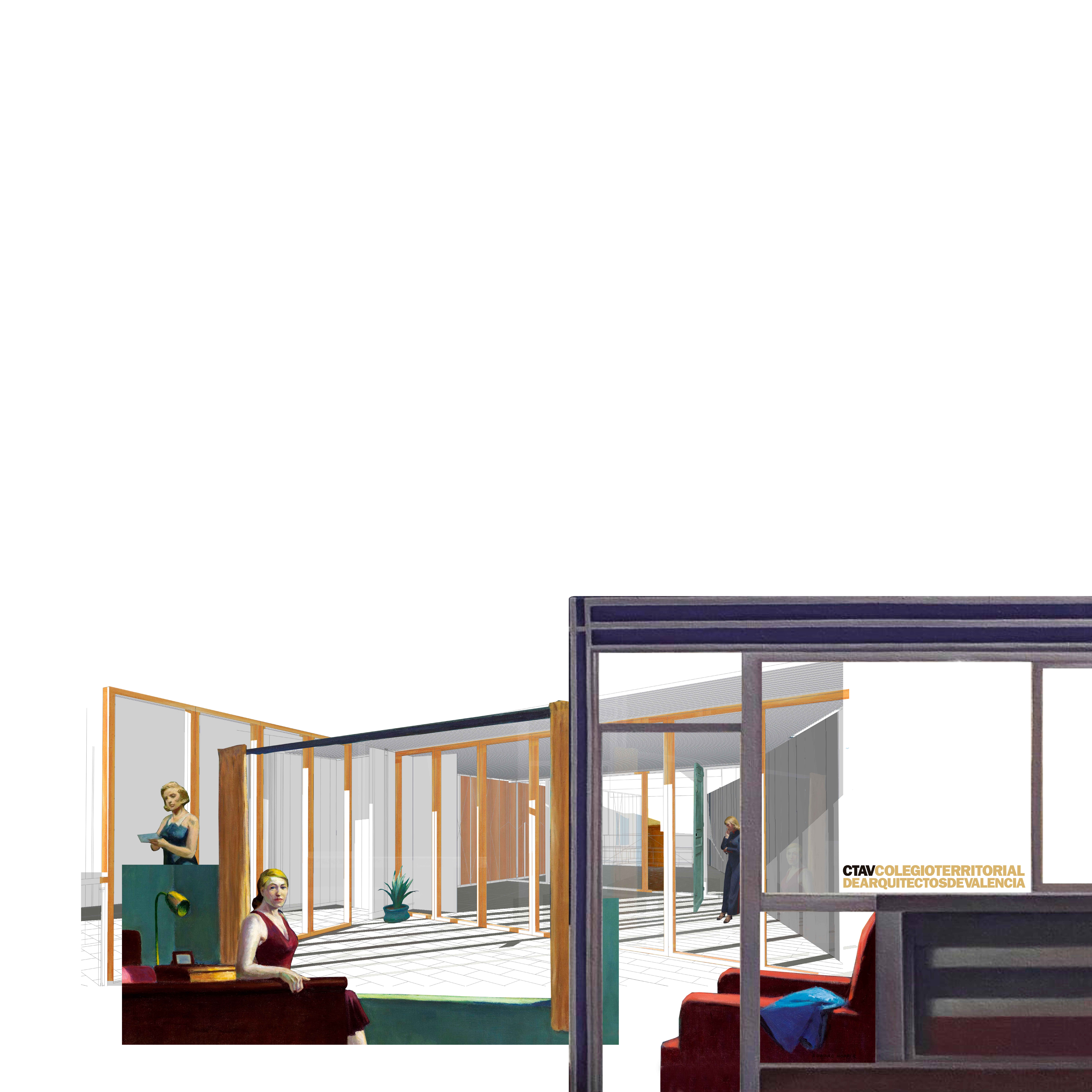 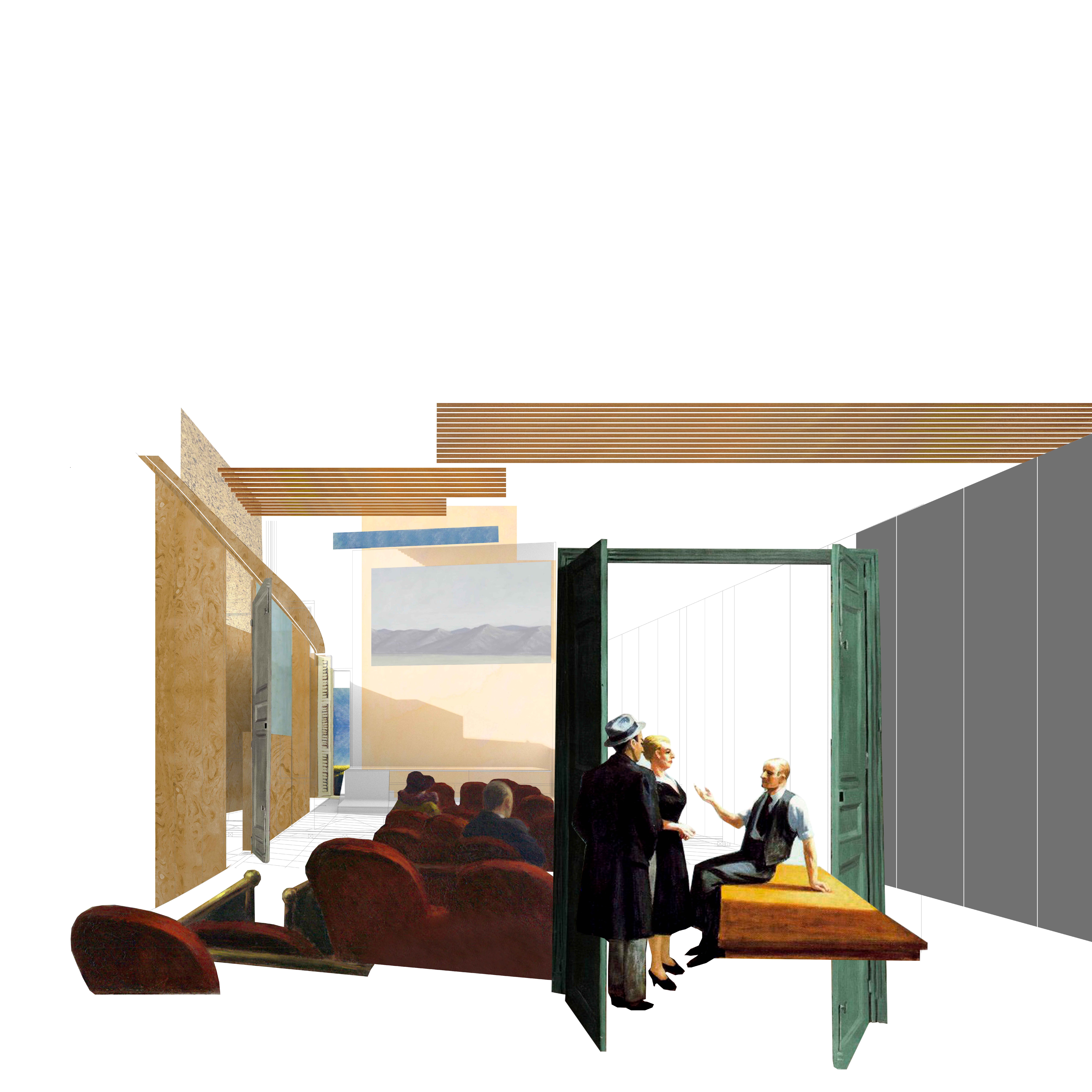 The solution of a continuous wall, which acquires a certain curve, seeking the alignments with the facades, allows the dematerialization of the delimited areas of the interior space and gives a total vision of the room, always having natural light as a perspective. In the first of the rooms, the existing pavement is maintained, with the intention of generating that continuity with the vertical communication space giving that double function of a previous hall and/or independent classroom, it aims to be able to cover the different situations to which it is submit, reflecting that new social and professional scenario.