The proposal is governed by its orientation towards the north, composed of two volumes that cover the function of a pavilion for sporting and cultural events. 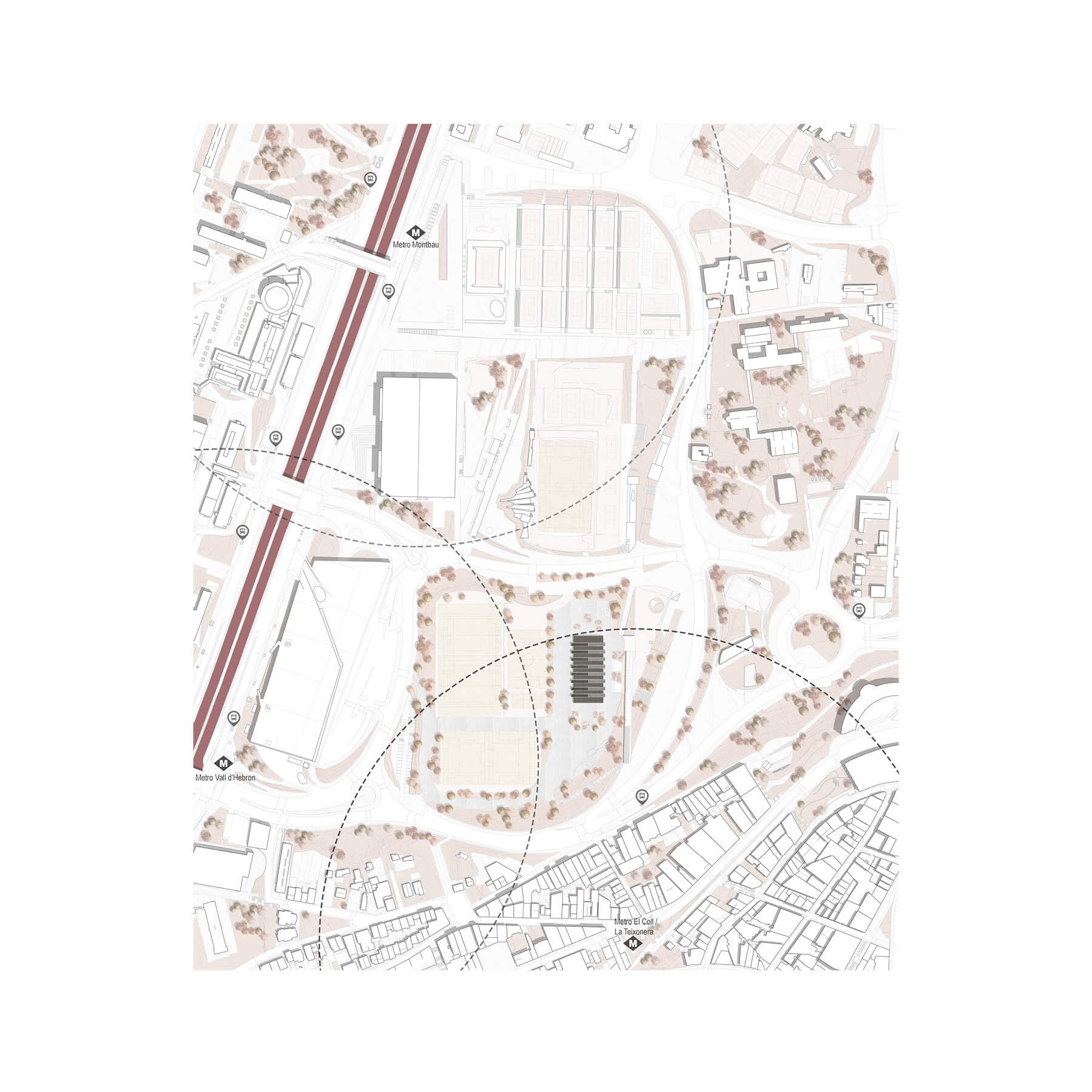 The position of the building on this plot is governed by the main accesses to the space and two direct accesses are also added; the first from the Sant Genís car park (to the west of the plot) and the second that establishes the direct connection through a stairway from the Martí Colodar avenue with the building. 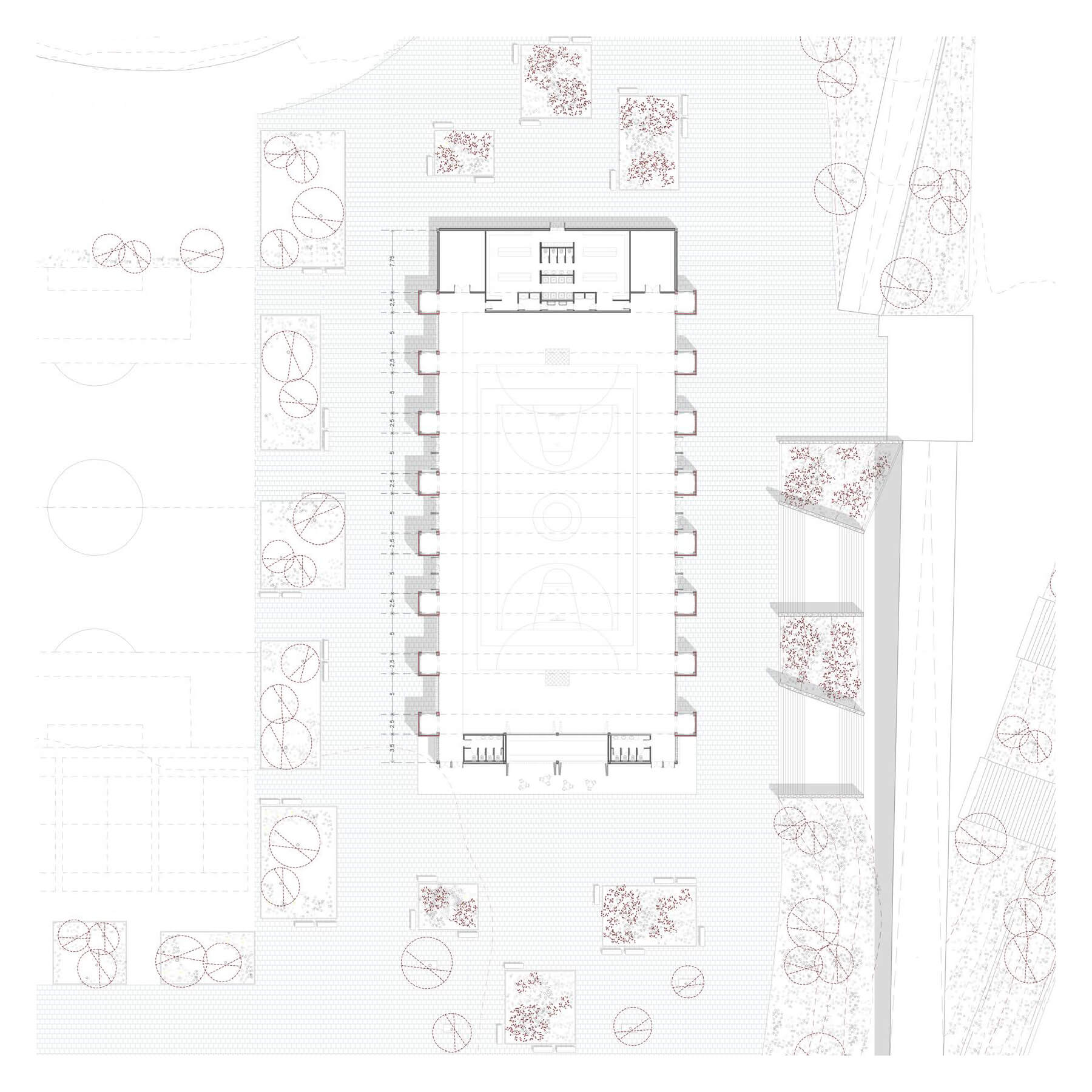 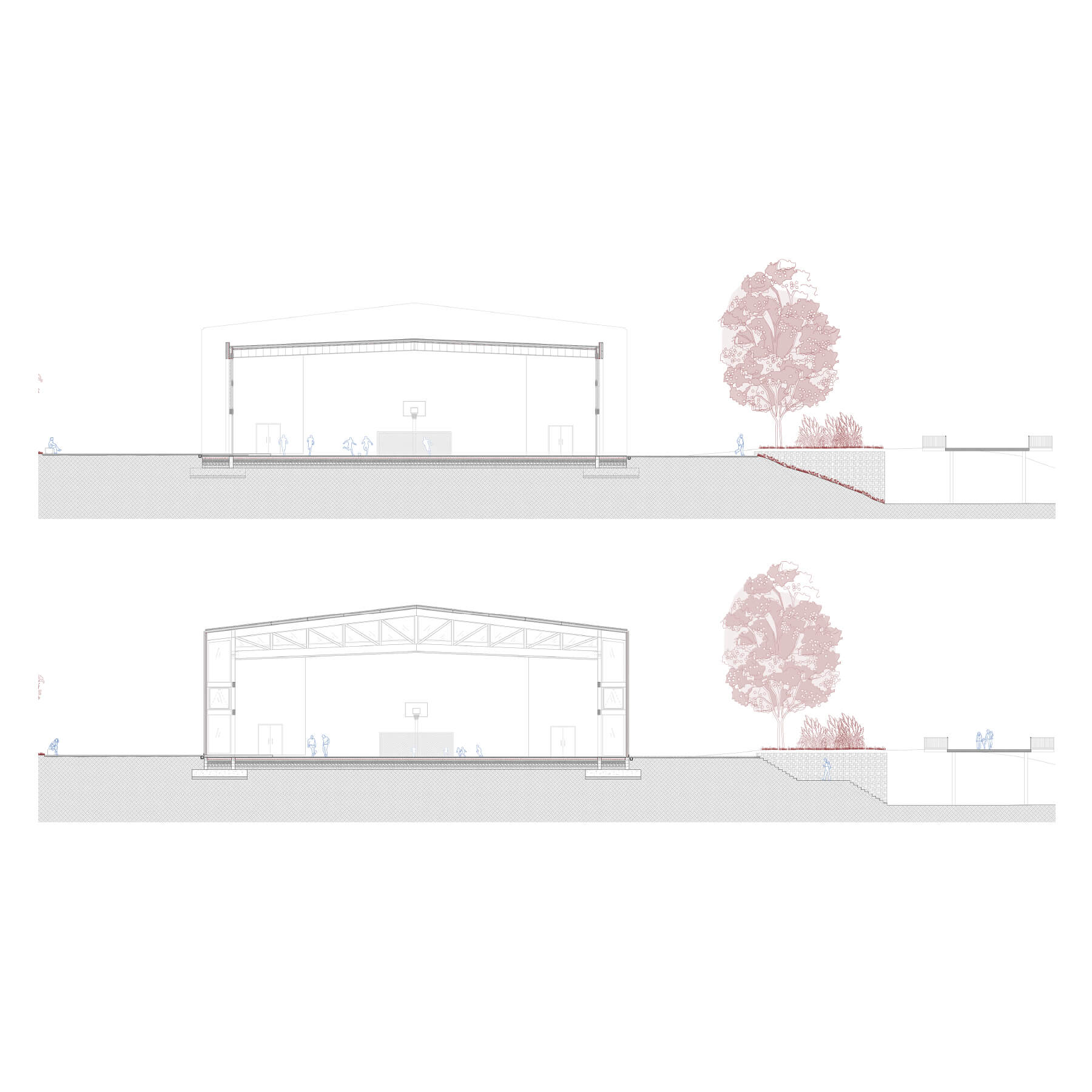 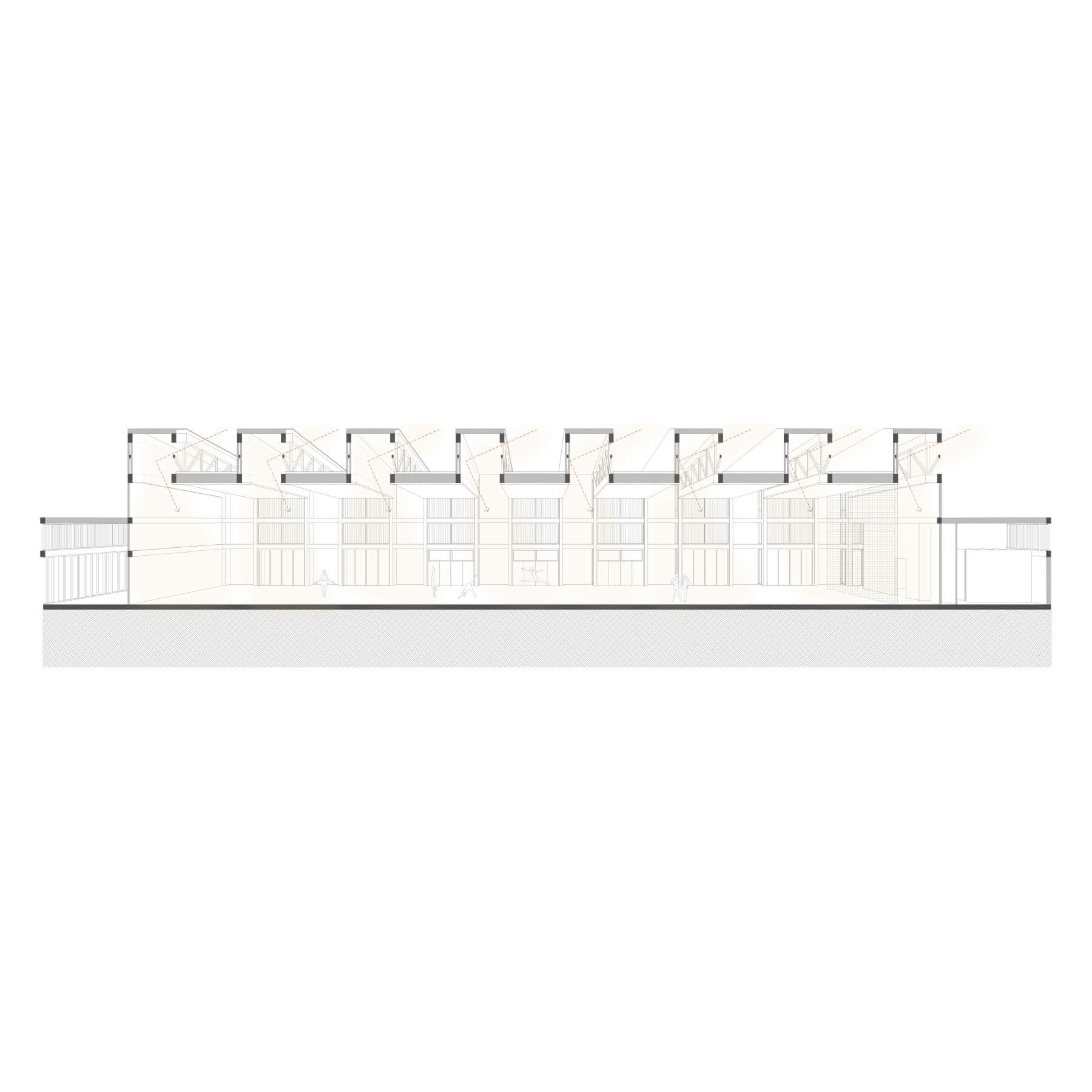 The pavilion is oriented towards the north in such a way that it captures diffuse light; direct south light is of no interest as it would be dazzling for the user. This is made up of two volumes, one higher than the other so that it will be the collector of diffuse north light from the protruding part, while the lower one will be from the glazed façade.
In order to be able to join these modules, the structure will be made up of two ‘cords’ or girders, of which one will support the roof of the larger volume and the other of the smaller one, and two pairs of pillars. Said columns will be joined together by four bracing beams. Both the structure and the interior enclosures will be made of treated wood, thus creating a cozy, warm and thermally comfortable interior space of the pavilion. 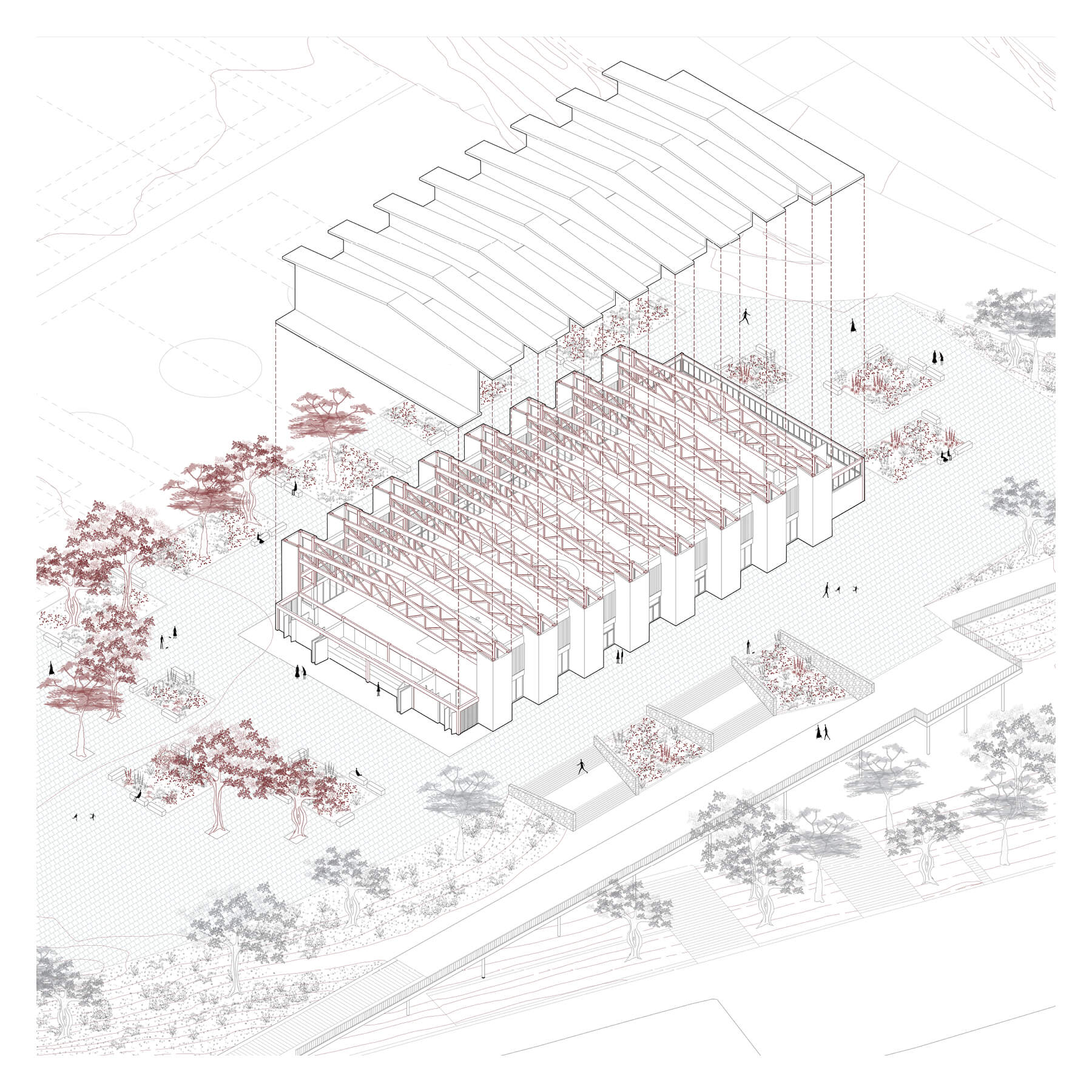 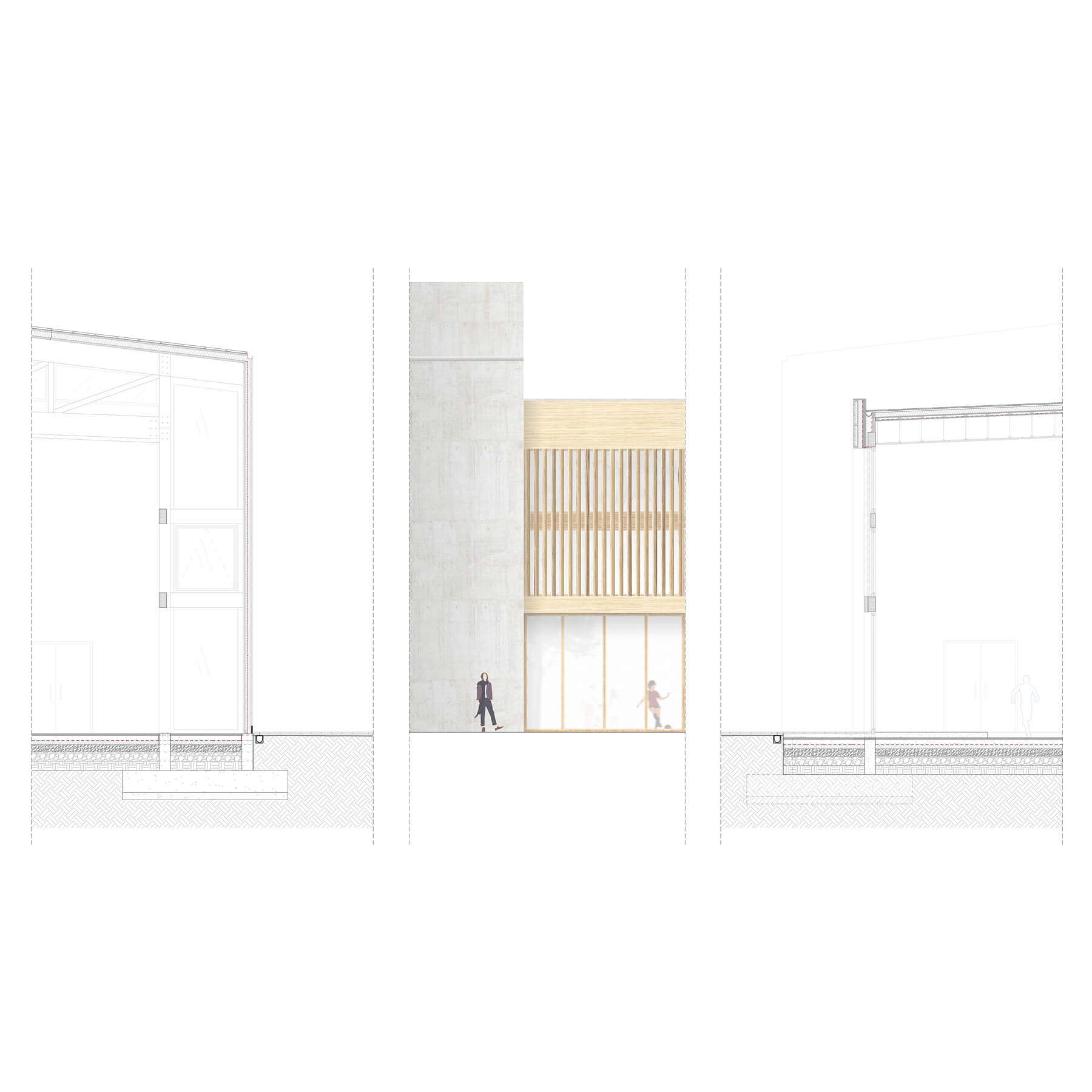 The exterior cladding of the two bodies will be different, thus creating more contrast between them. The highest volume will be covered by gray fiber cement plates, to give a more rigid, compact and opaque appearance. The lower one will be made up of wood and double glass carpentry as well as some wooden slats covering the upper exterior part of the facade, oriented towards the north, so that these volumes will also serve as light collectors for the facade, and achieving a lighter and more flexible appearance from the outside. 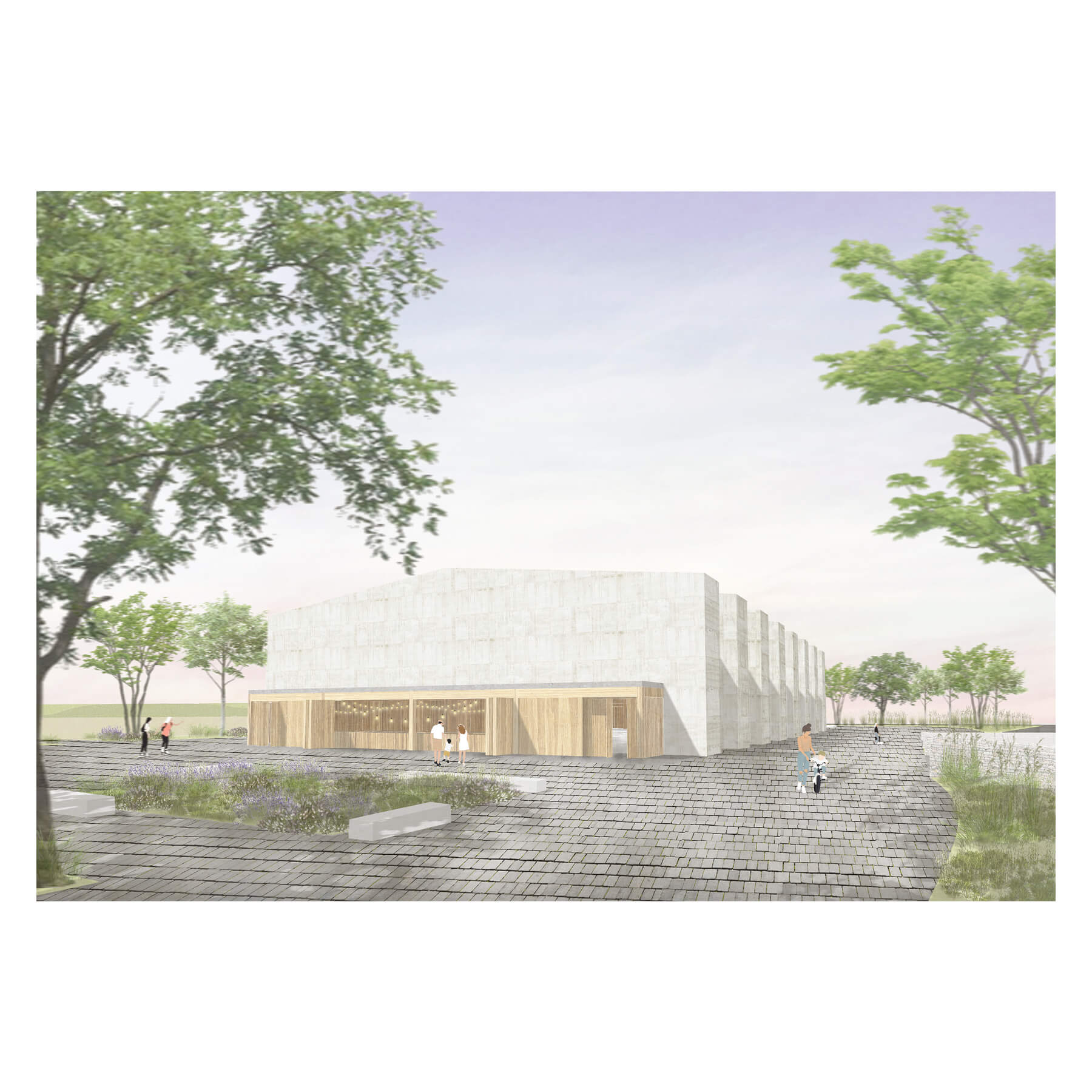 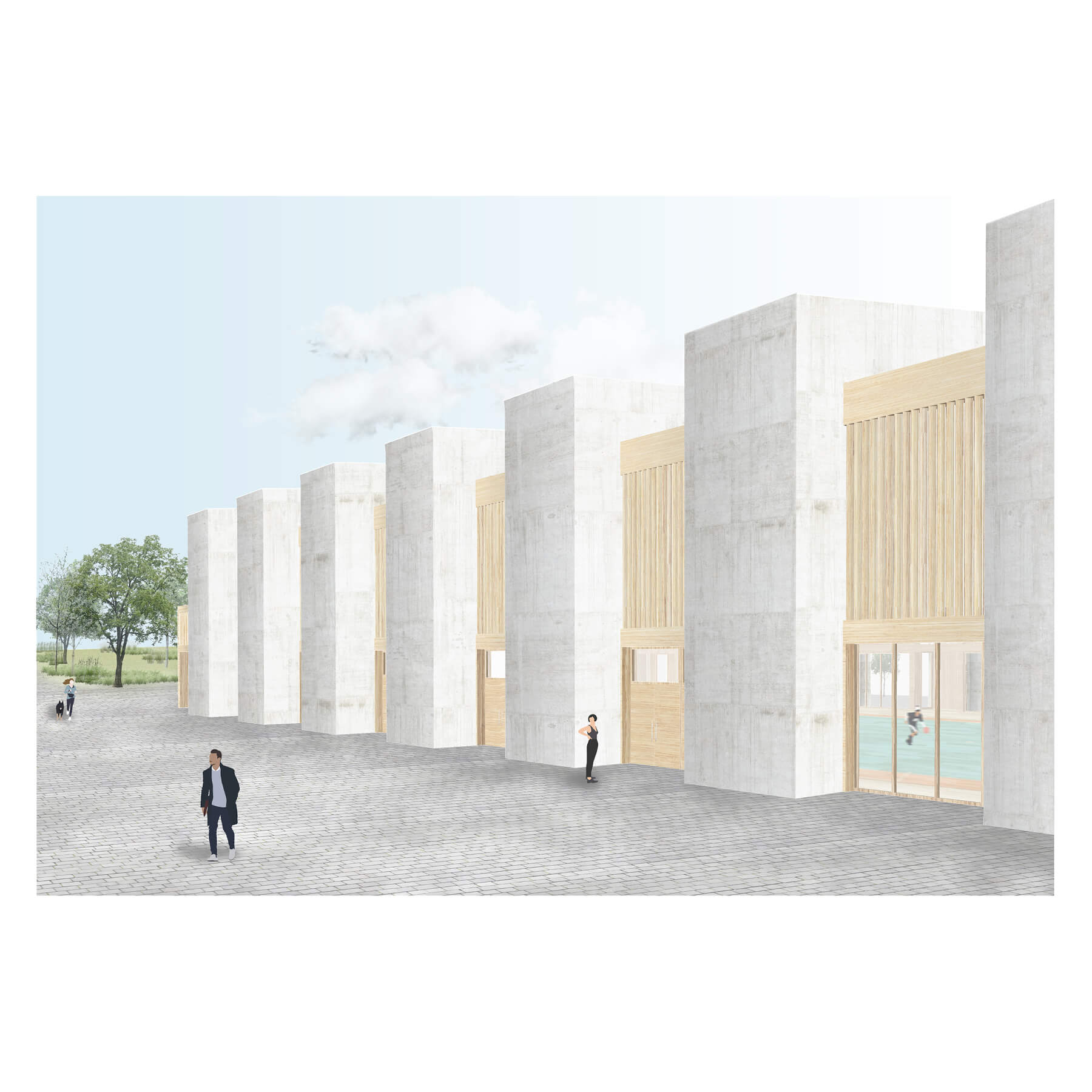 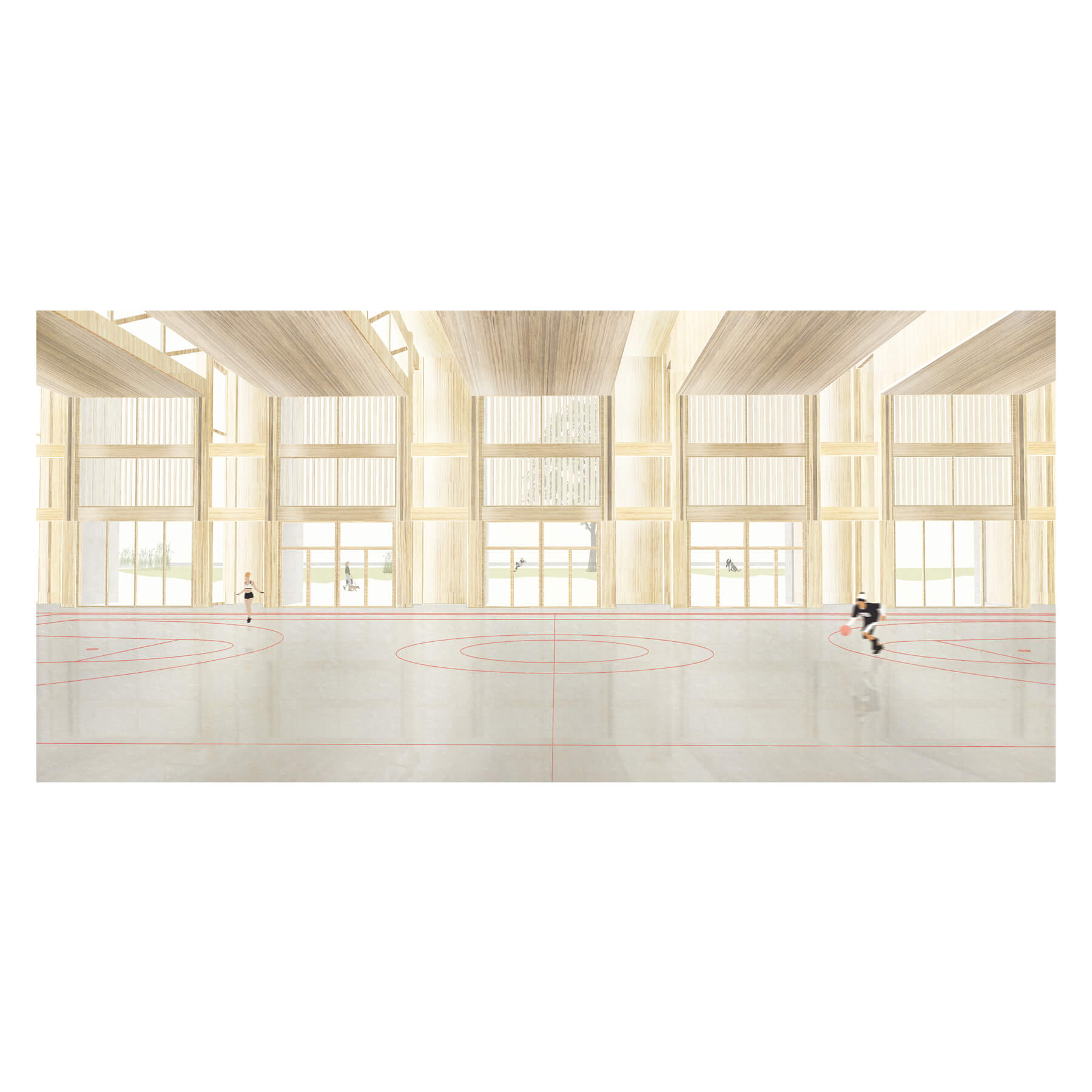 The building serves as a pavilion for both sporting and cultural events. On the east and west facades we find the main accesses to the interior space, always at the lowest volumes. On the north façade there are the changing rooms and warehouses whose exterior cladding will be made up of wooden panels in the lower part, in addition to wooden carpentry and double glass on the upper part, following the same logic of low volumes. The south façade is made up of the bar and two bathrooms as well as secondary entrances to the multipurpose space made up of an exterior cladding of wood panels, creating a certain symmetry with the changing room area. The bar is characterized by the composition of panels enabled to open to the outside, also, in the event of a cultural event, to the inside.