With a purity worthy of the most poetic use of the background and figure technique, a clear geometry would float in the middle of the desert of Caesarea, Israel.

This is the little-known interpretation of Oscar Niemeyer’s Arab courtyard house, the never built one; Rothschild House, an exercise in architectural simplicity and modernity from which we can learn countless lessons despite its unfinished state.
If we go into the archives of the Niemeyer Foundation, we cannot ignore the quality and potential contained in this small project carried out in 1965 by the Brazilian architect. 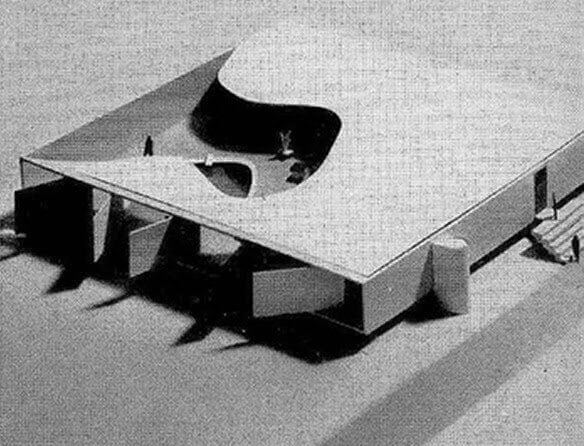 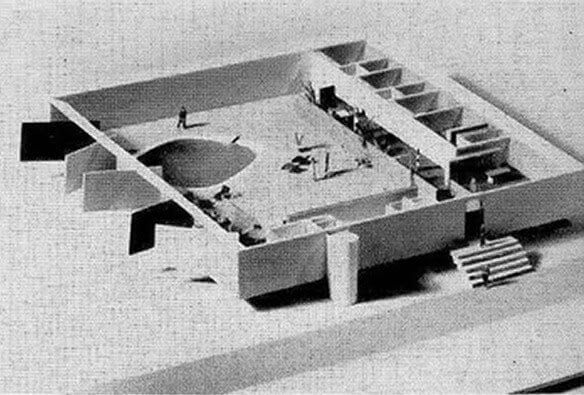 Among the multiple readings offered by the unfinished works, the ability to balance in a continuous dialogue between opposites offered by this project stands out. Defining itself as an element of pure Euclidean geometry, in contrast to the organic environment. A parallelepiped floats with fragility in the middle of the desert. With a deep still contemporary quality, the object is discovered as a continuous volume that subtly adapts in its textures to respond to the different orientations of each of its facades. Thus dissolving the idea of ​​a window in a gesture of modernity, each of the faces of this parallelepiped offers a different response, from a series of rhythmic vertical parasols on the western façade that change scale on the opposite side to offer a greater frame towards the views of the desert from the patio. Even a silent south facade, completely blind, offering the necessary protection for the creation of this oasis. The central courtyard that opens to the sky through the practically only organic gesture that Niemeyer inscribes in the project, given the intentional contrast of pure forms against a natural environment that constitutes the house, his poetic use of the characteristic curve is limited to this relationship with the sky, with the open space, through an organic cut inspired by a cloud, the roof opens to let in the light, a curve that also interacts with the pool in its reflection, giving this space great architectural quality open or semi-open at will. 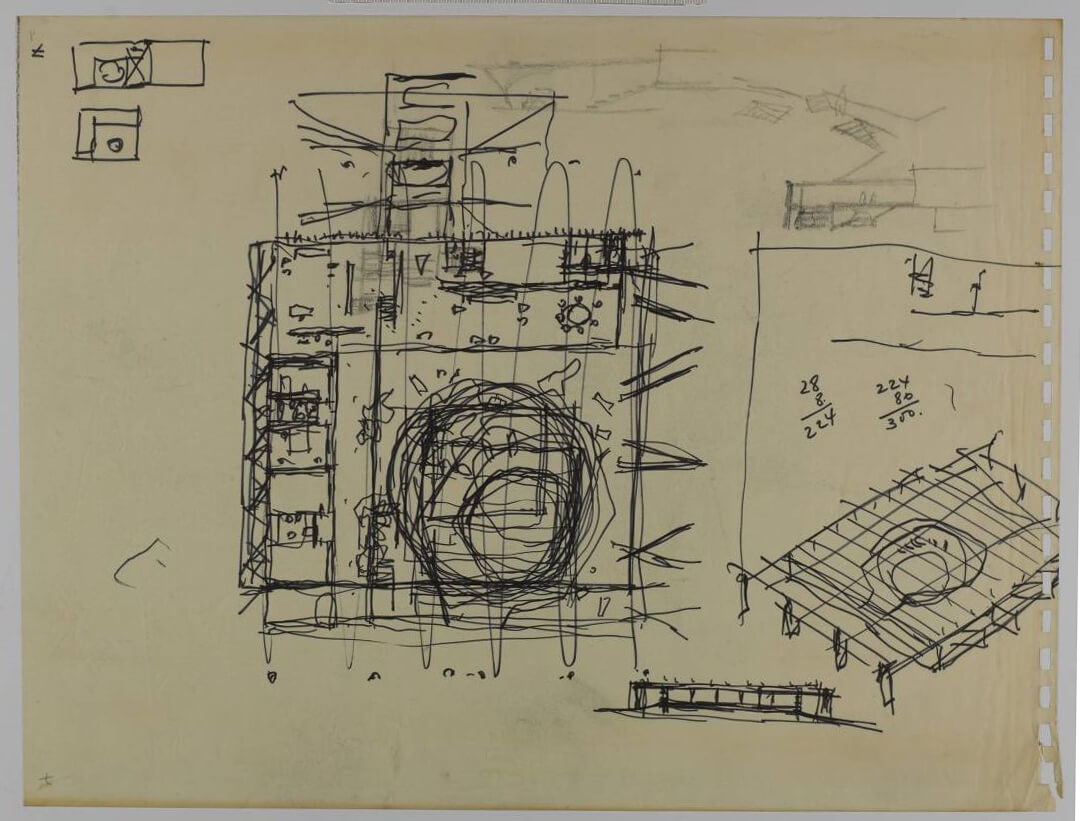 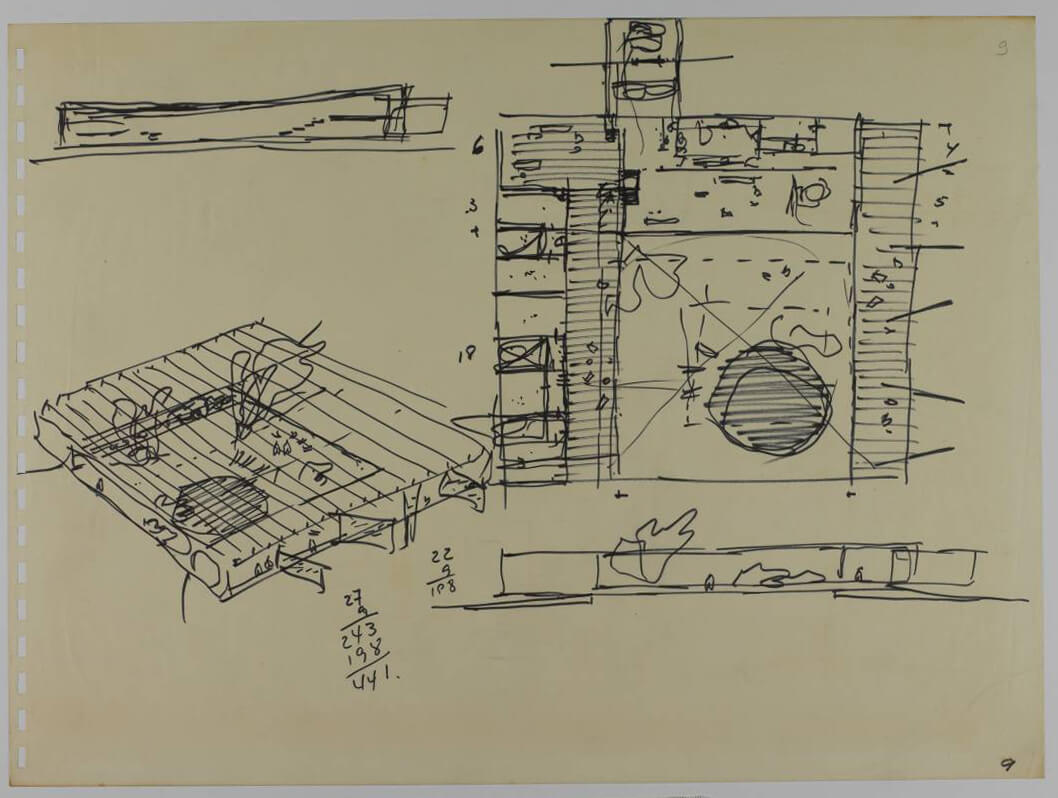 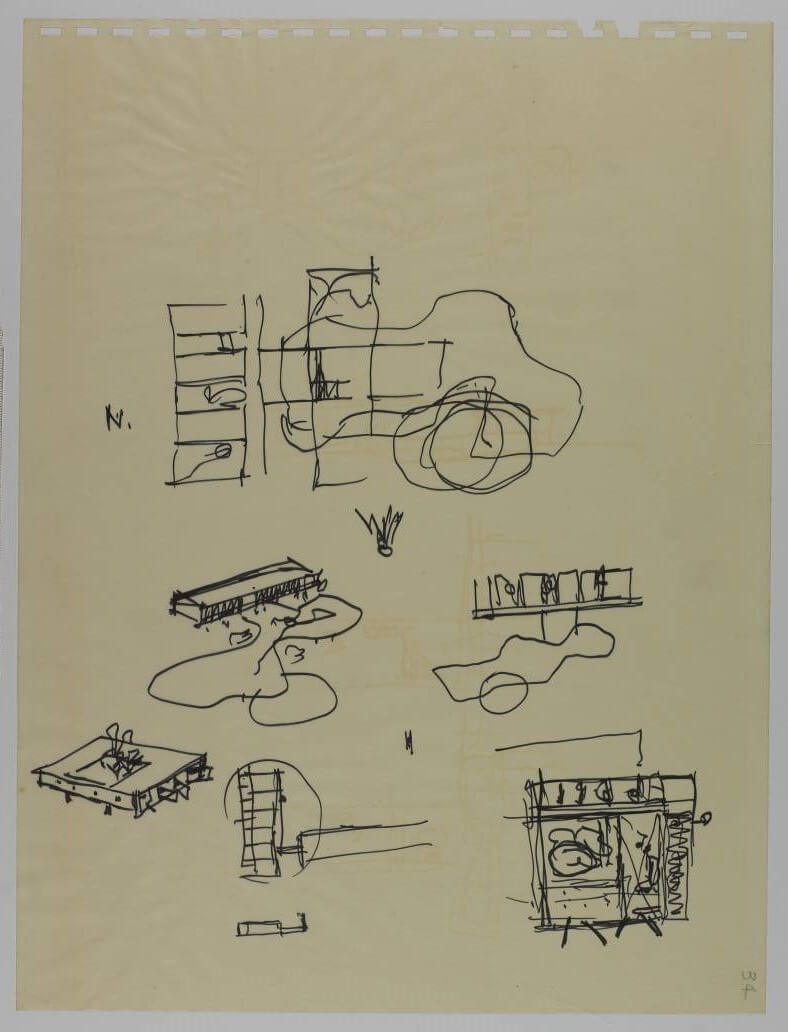 And delving a little more into this discourse of the game of opposites, the hospitality and great quality of the interior also stand out, in contrast to the aggressiveness of the environment in which we find ourselves and the simplicity of the volume of the building, the interior is endowed with a great quality and wealth.
This is how poetic, inspiring and contemporary is the interpretation of Niemeyer’s Arab house, which presents clear resonances from the work of other great contemporary architects such as Le Corbusier, and leaves its mark on the work of later generations, such as some of Alberto Campo Baeza’s projects. in his treatment of the patio as an oasis that opens up to the sky, isolated from the outside. 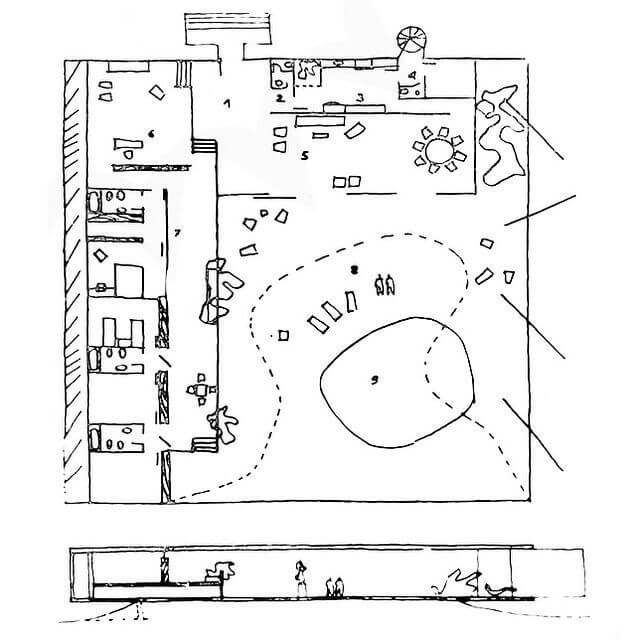 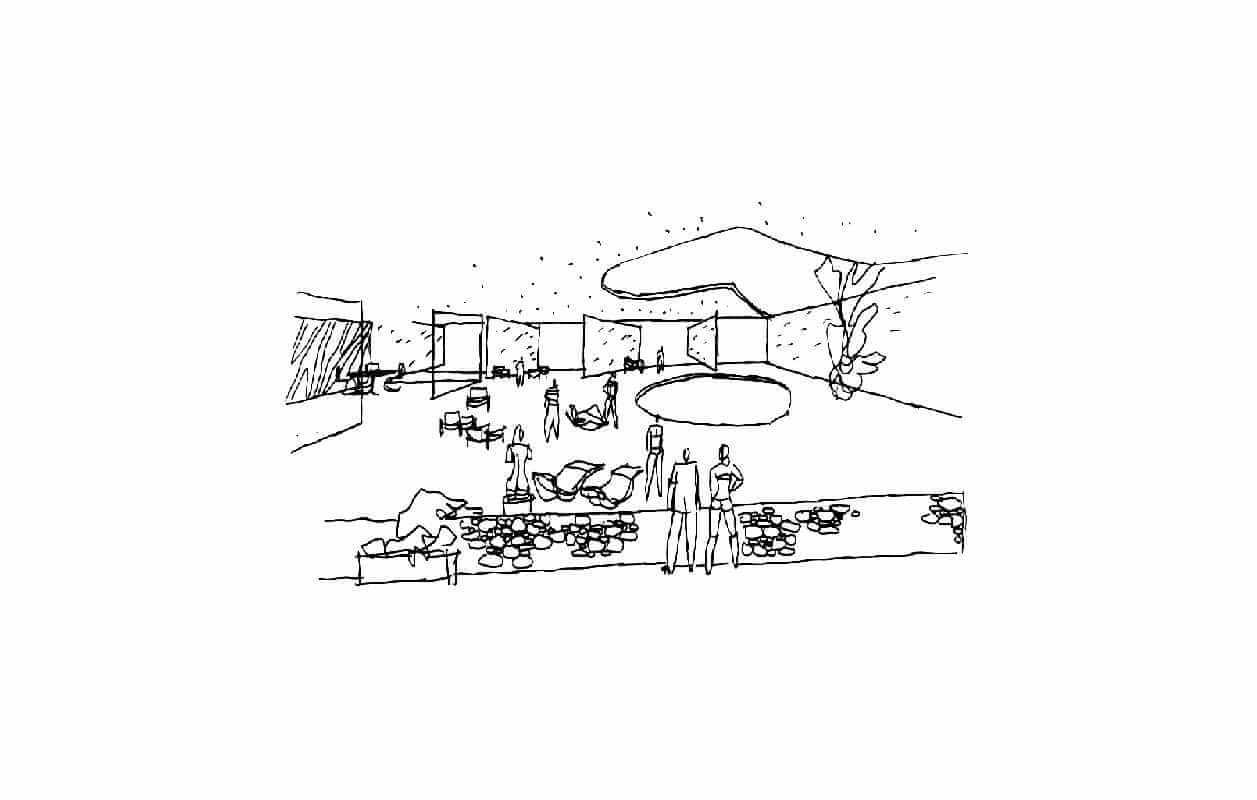 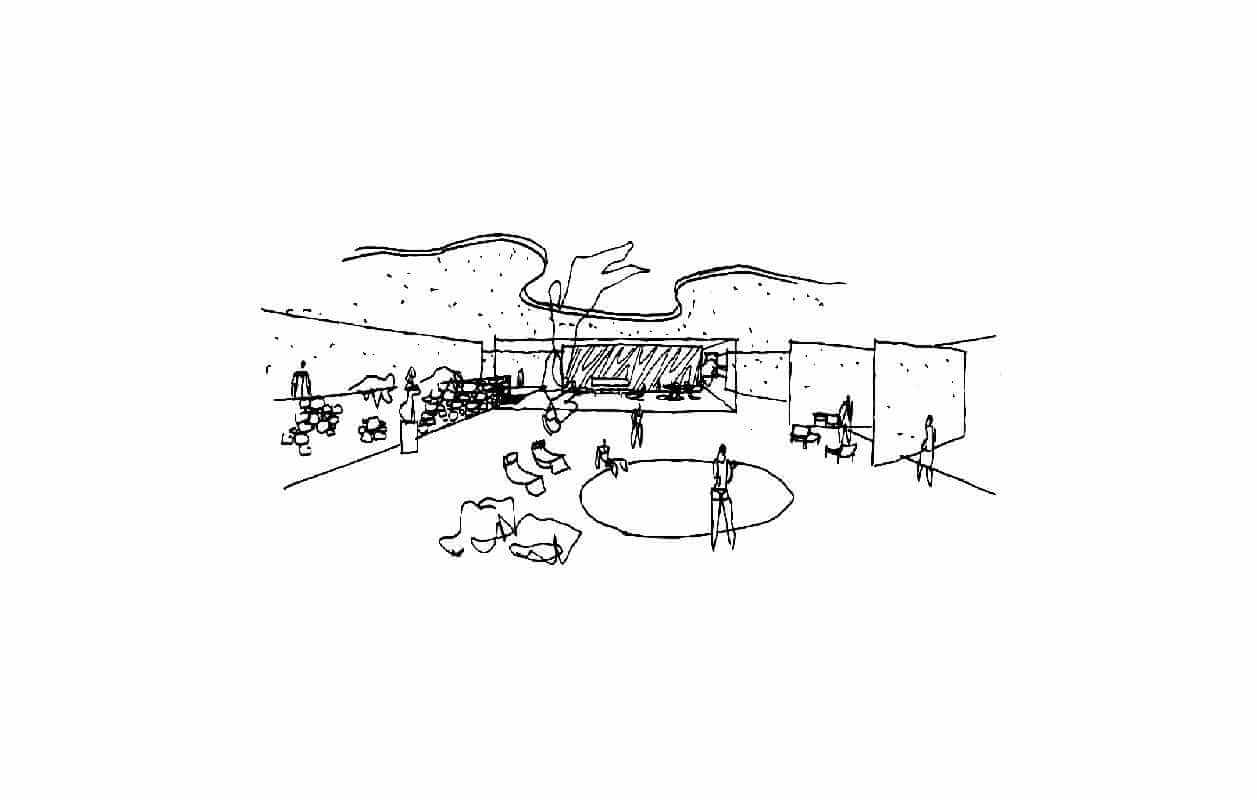 It is therefore our duty to vindicate the high quality of this project, which without being finished or built, is an exemplary exercise of simplicity, purity and architectural quality using a freshness that gives it a strongly contemporary character, still now, practically 60 years after its conception. 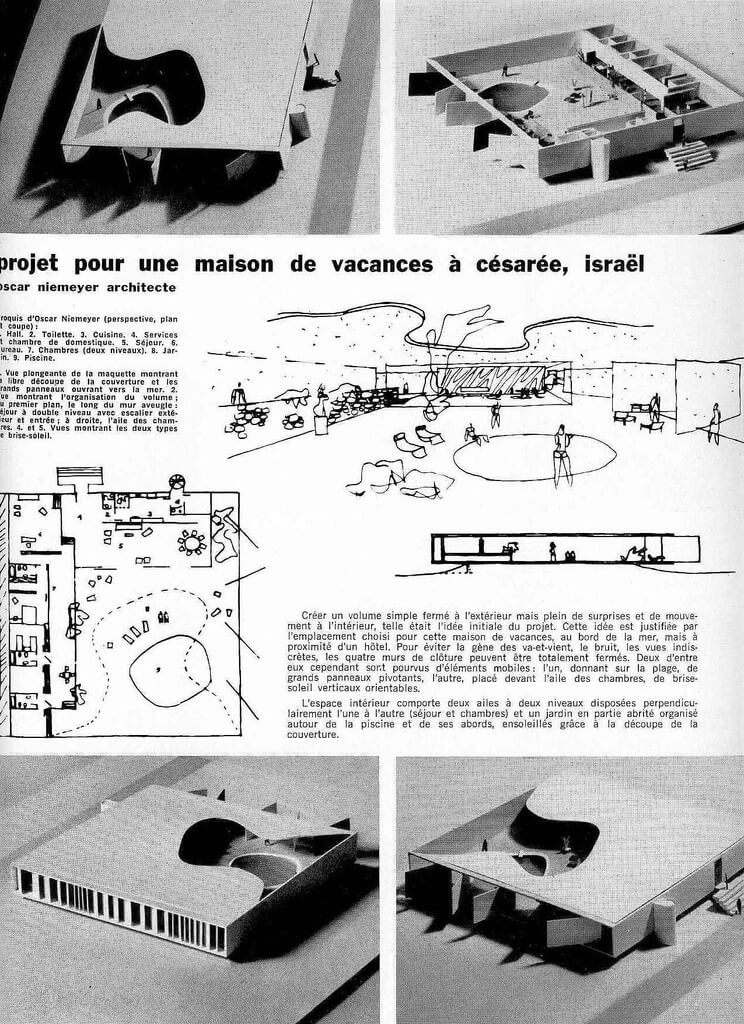