The tower was defined as a mega-structure that distributes weights with enormous resistance to the wind, which is capable of consolidating the needs of the city center.

In the words of Professor Fernando Álvarez Prozorovich,

Like the poets of antiquity, Louis Kahn (1901-1974) seems to act as the guest of the gods of architecture, whose fires inhabit him, whose clamor fills his mouth with words and whose intelligence guides his hand. Even, as in antiquity, Kahn launches his own magical invocation of the poetic act: Monumentality (1944). ” 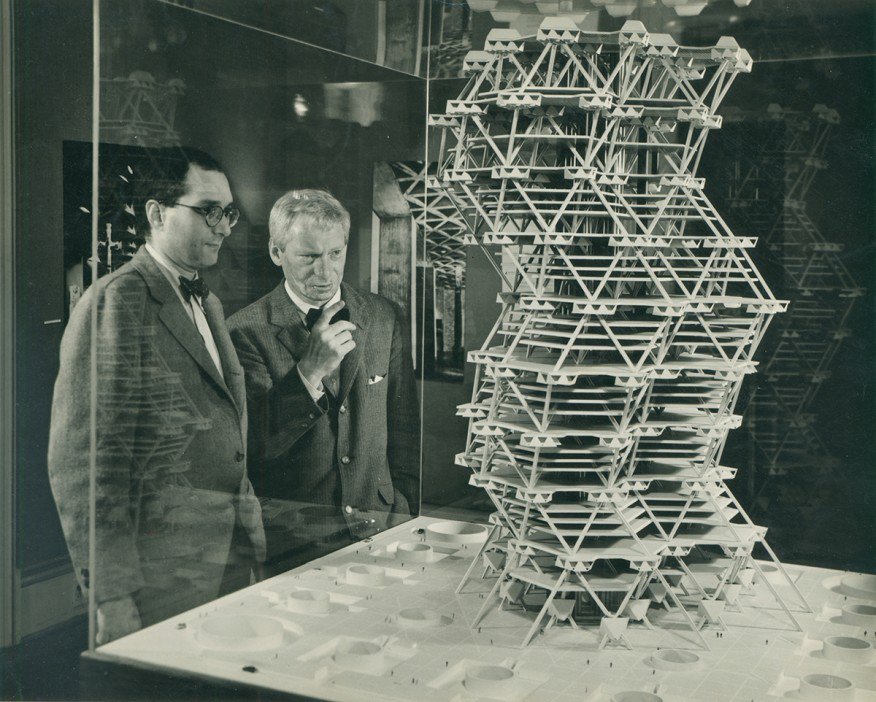 There is no more accurate framework to frame a project like the one we bring today than this, the so characteristic monumentality of Louis Kahn, materialized once again in the proposal of the City Tower, an office tower and city hall for the city of Philadelphia, conceived between 1952 and 1957. However, to understand this project we must contextualize the influences of Kahn, since City Tower would never have existed as such if it were not, mainly, for Anne Tyng, a collaborator in his study. Or because of the context of the development of the modern movement and conversations with Le Ricolais. 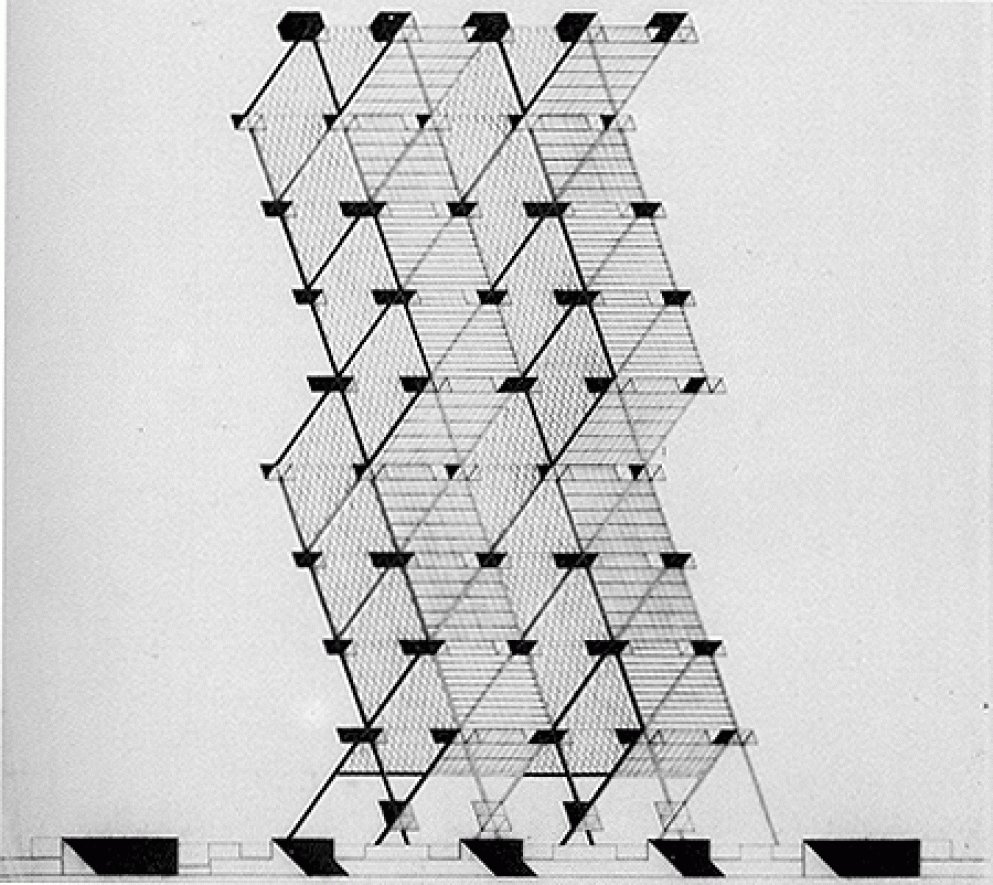 Starting from reflections and references provided by Tyng, based on a more organic understanding of Buckminster Fuller’s work, where he tried to bring the development of the mathematical ideas of the American genius closer to an architecture capable of admitting singularities in response to the environment and programmatic needs. Anne Tyng leads Kahn towards the exploration of structural systems as generators of space, pure systems of growth and spatial organization that allow to achieve a new degree of cohesion in the architectural designs of Louis Kahn. Already known for his compositional and material treatment ability, in his approach to matter from a much more organicist position, Kahn begins to develop proposals that we can begin to classify as topological, expressing a coherent constructive logic at several simultaneous levels, from the slab, to a primary and secondary tetrahedral three-dimensional lattice overlap. 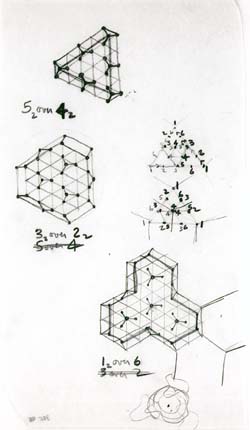 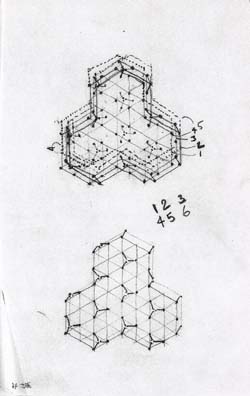 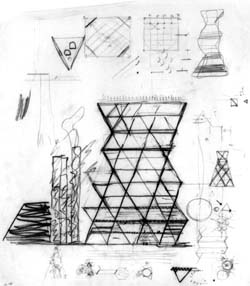 Understanding the processes of generation of space as a sum of indivisible parts, what he called Room, a process of cellular aggregation leads the architect to develop new synergies between structural system and spatial generation. Coming to define a structure that is both container and content, what he described as “hollow stones”, defining a habitable structure.

The challenge of the project was to develop a significant form of the nature of a tall structure, to make more rigorous use of the material used from a structural point of view, and to achieve an adequate flexible balance between services and useful space. There was flexibility in the height of ceilings and possibilities of adaptation to different functions. The tower was defined as a mega-structure that distributes weights with enormous resistance to the wind, which is capable of consolidating the needs of the city center. This could grow within its own geometric laws vertically without any preconceived formal ideas.