Is a masterplanning strategy that aims to reignite disconnected communities in the London Borough of Greenwich. This is done through a re-interpretation of Charles Dickens’ descriptions of the Victorian Greenwich Fair. 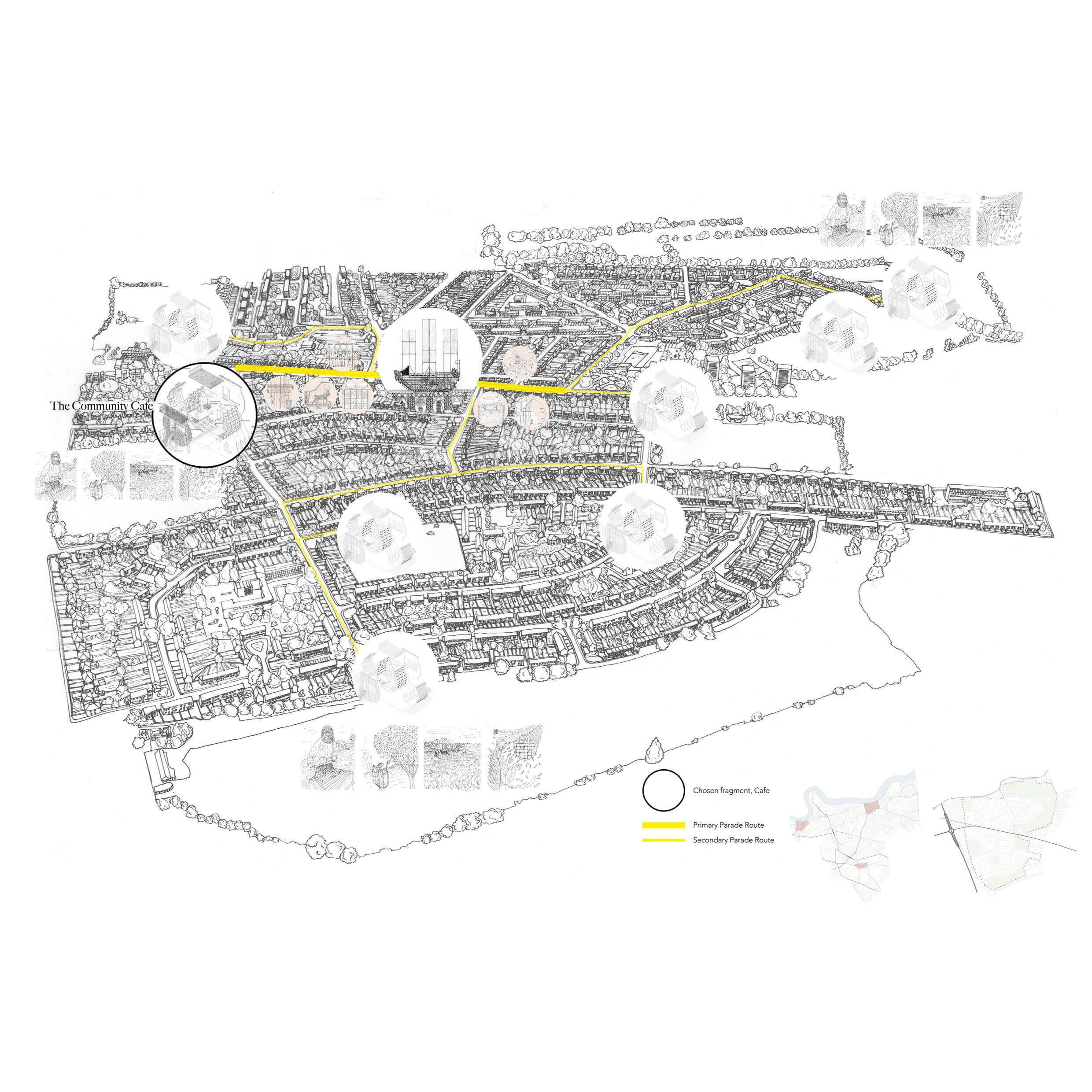 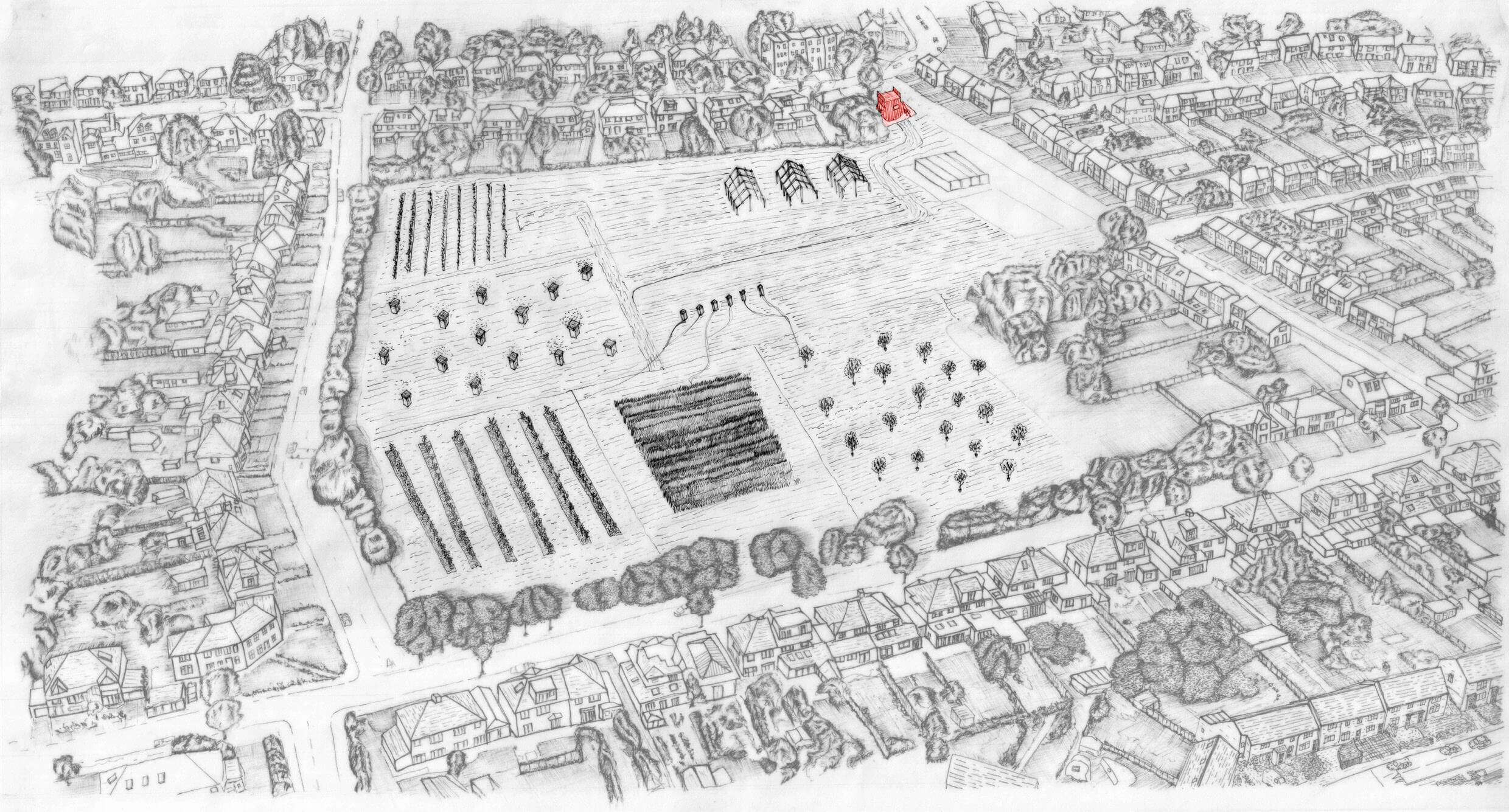 The festival masterplan is typified by the Tea-Ship attraction. This attraction is a temporary ship-like structure where different variations of black tea (using home-grown camellia sinensis leaves) are produced for street markets that sit below the ship under a steel truss structure. For the rest of the year, the attraction is divided into 8 segments that are scattered throughout the site possessing new programmes for the community, with one segment becoming a cafe serving tea. 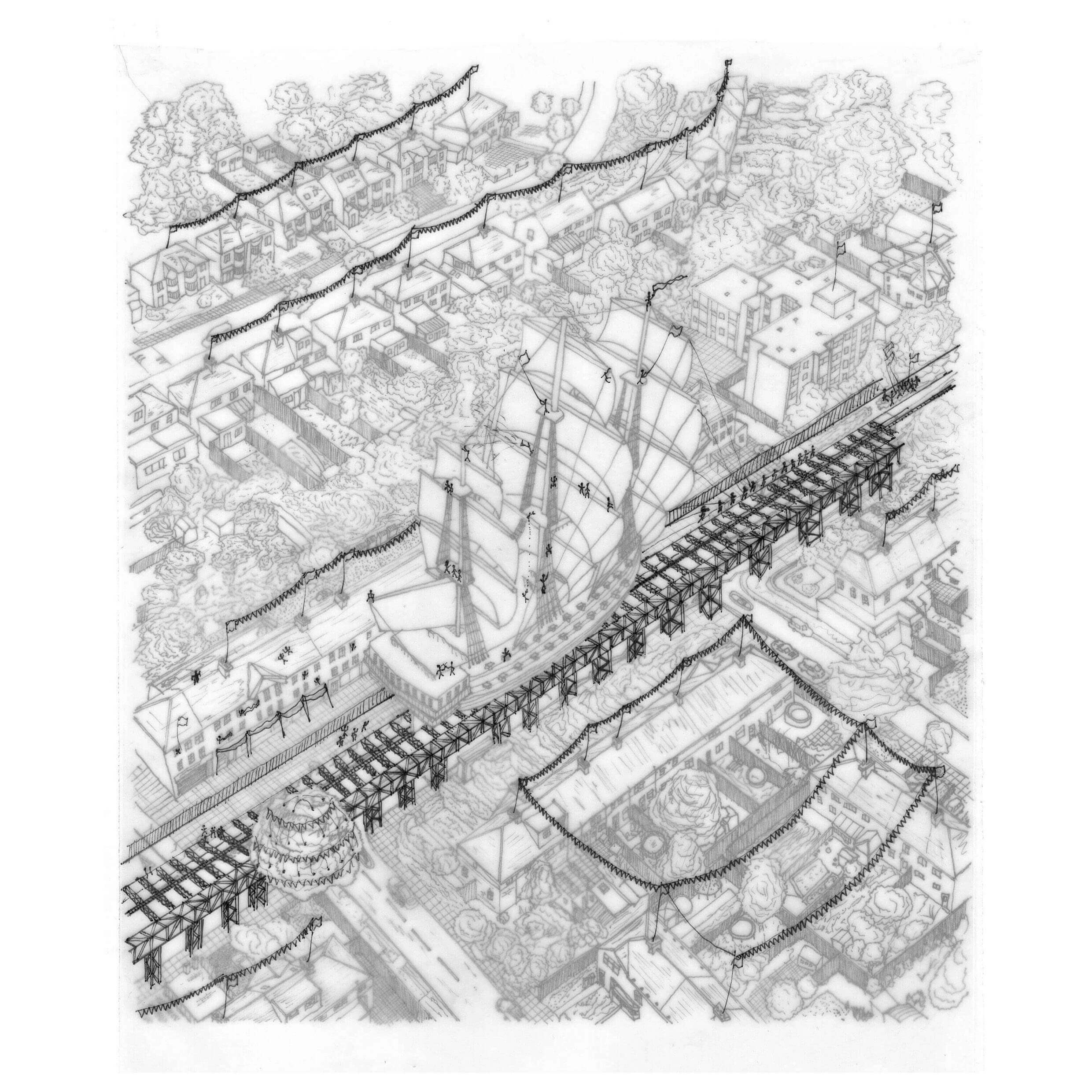 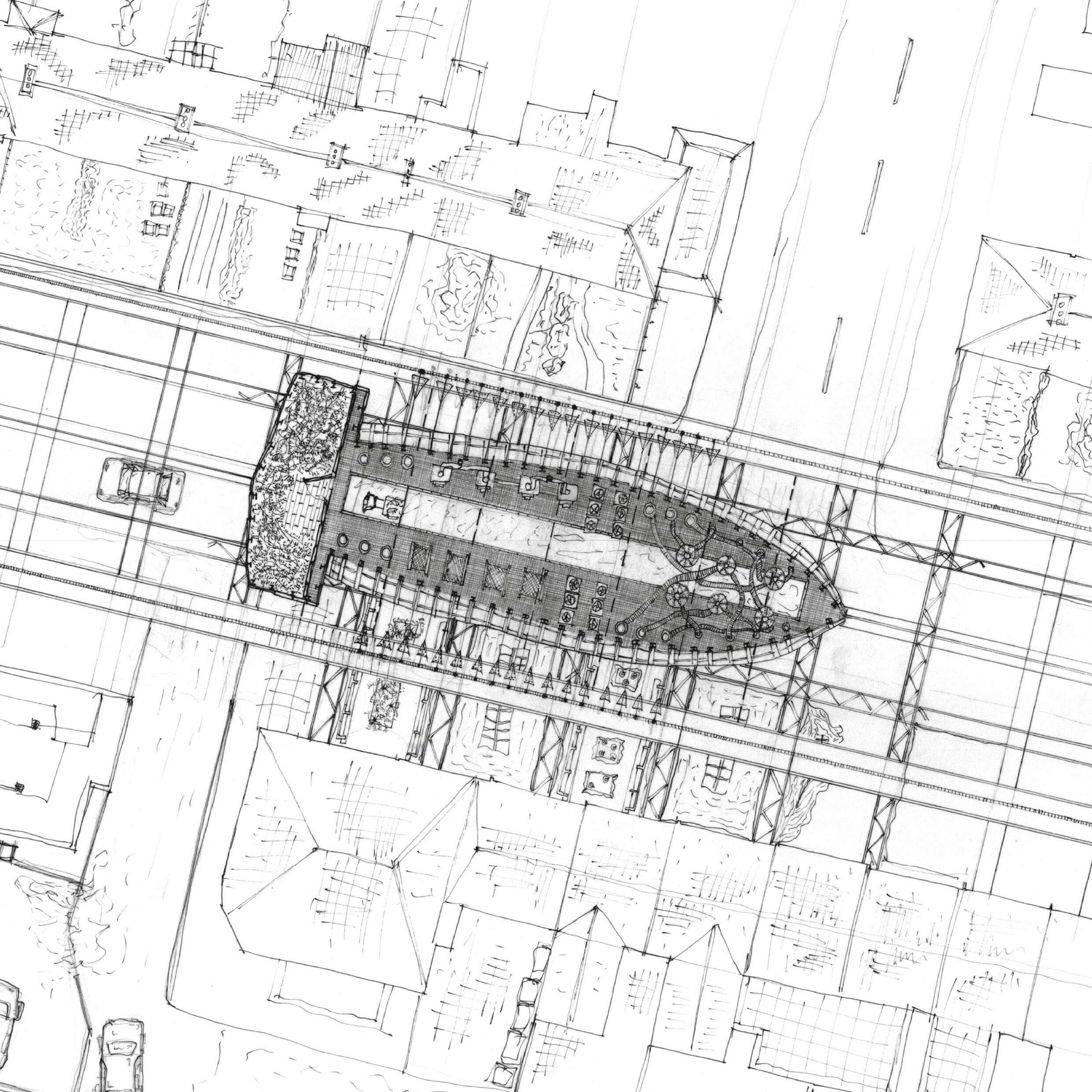 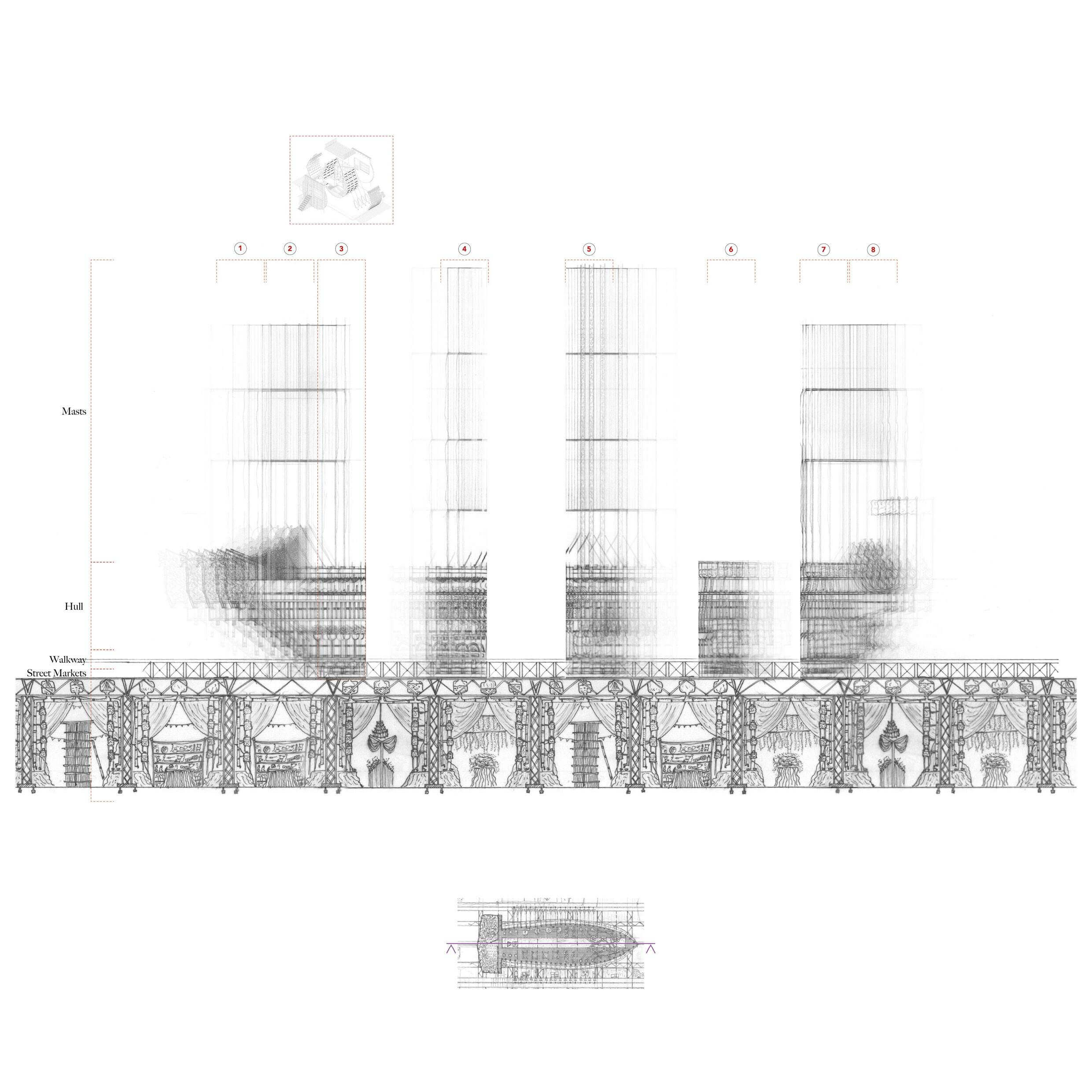 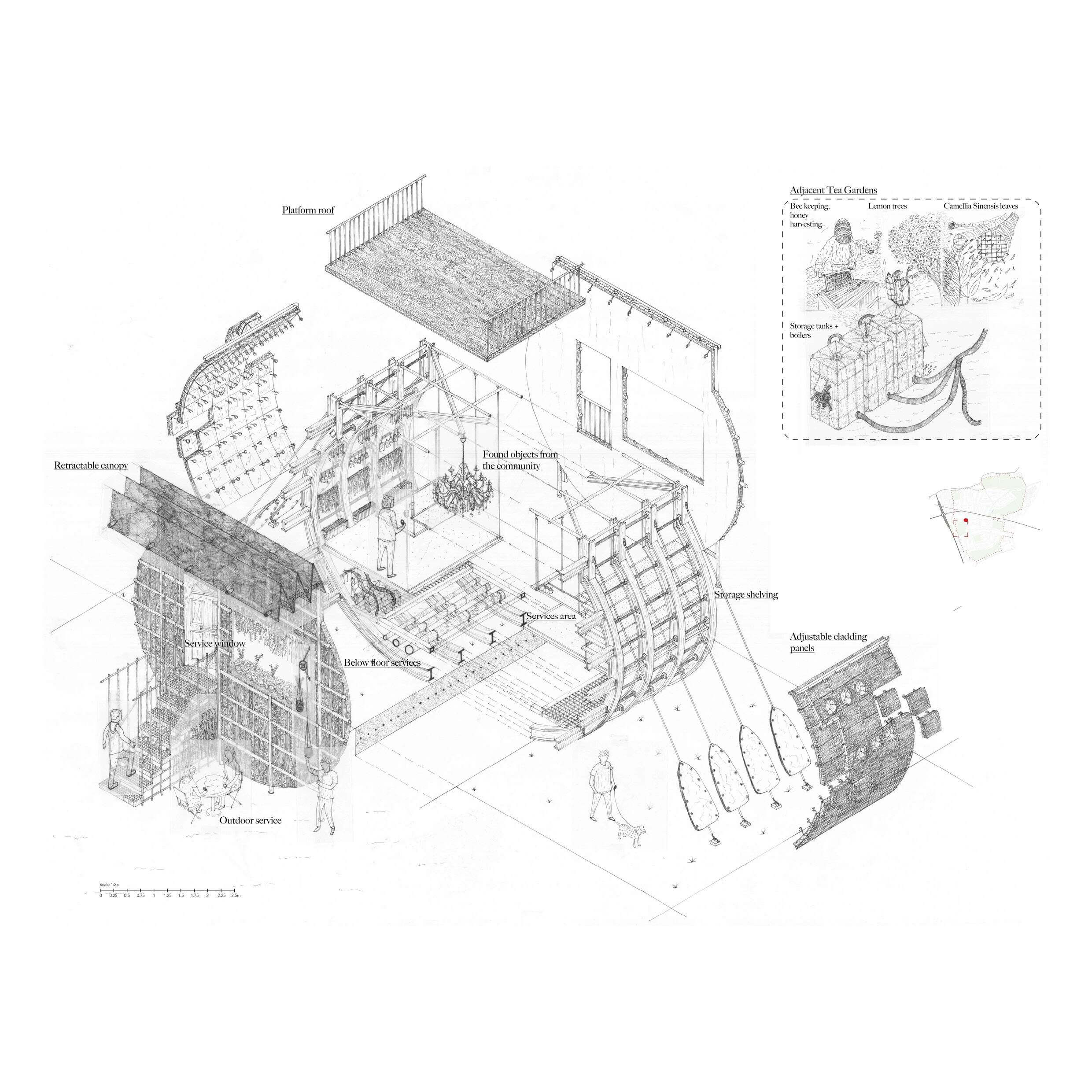 The masterplan is bordered by local parks that become a base for the stored segments of the attractions. These segments are paraded along smaller routes towards the main street markets. Once at the primary parade route along Shooters Hill Road, the segments come together and attach.  With regenerated shop fronts and local landmarks celebrating the character of the site, a new town centre is formed in the heart of the borough. Tea is produced for the masses through a network of Heath Robinson style pipes that insulate the travelling liquid. Following the standardised ISO method for brewing tea, the main components for preparing the beverage are placed within the exposed hull of the ship. 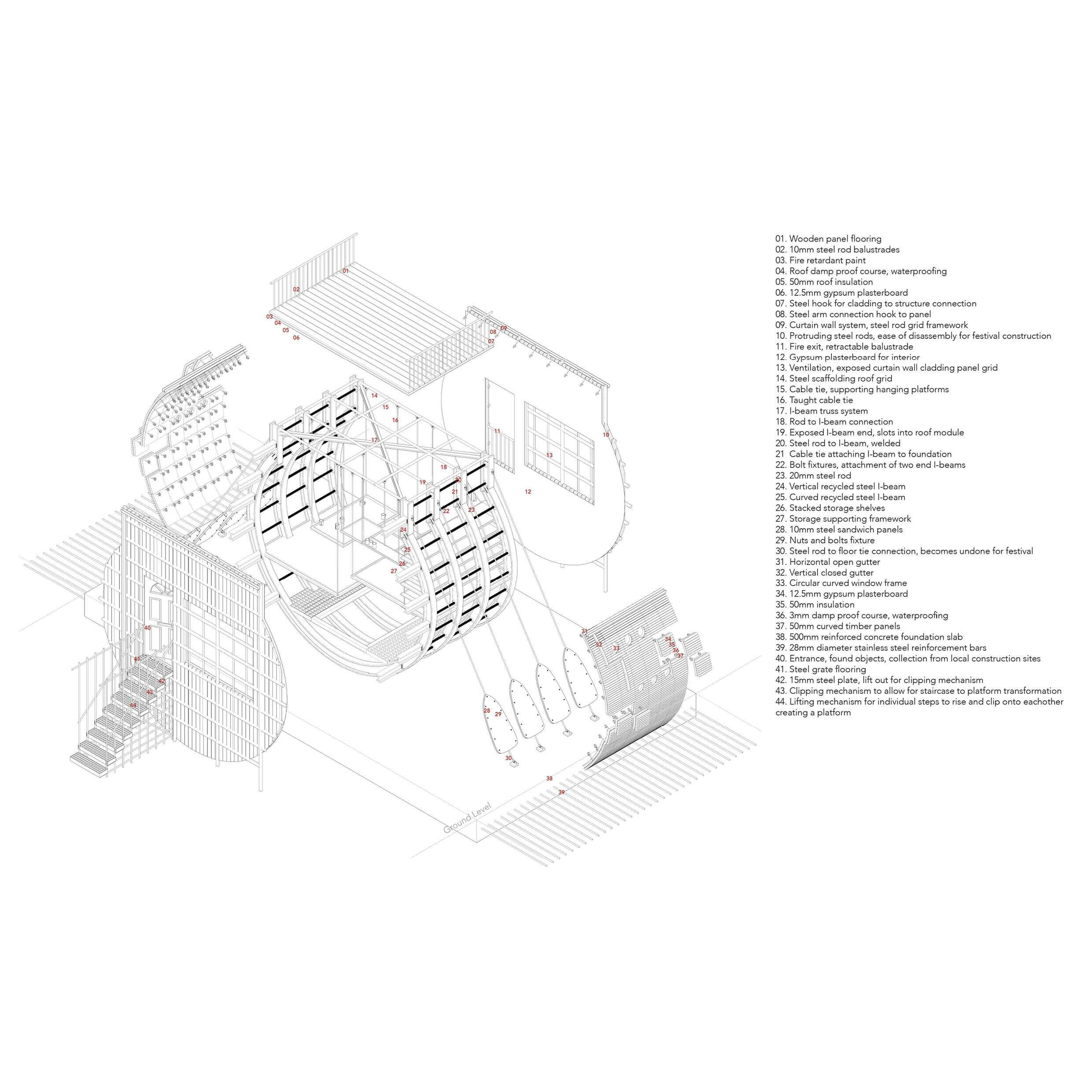 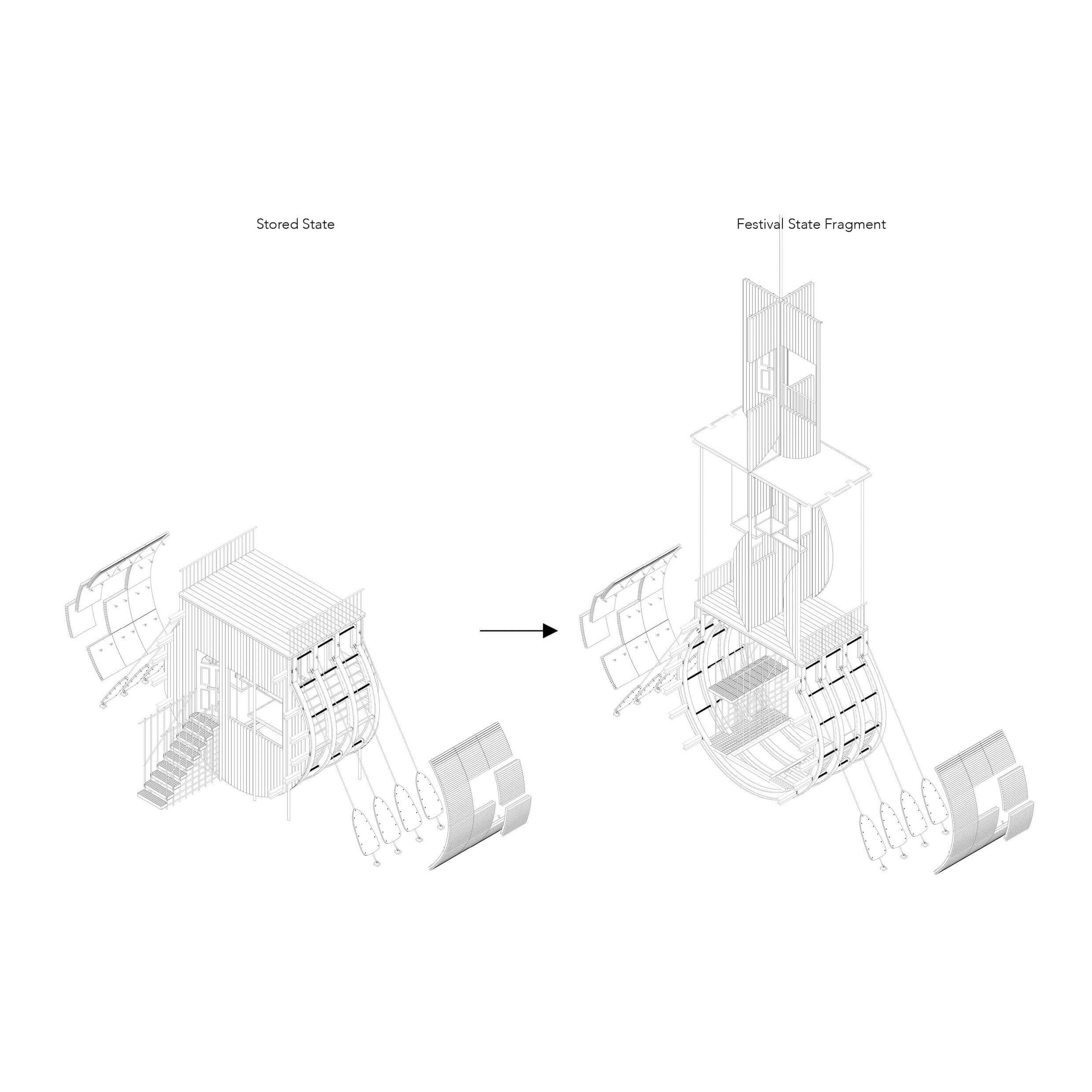 The pipes can detach and reattach to the markets as the attractions move along the structure. The tea is stored in see-through glass containers for the public to observe as it trickles down to street level for consumption. Once the festival reaches its conclusion, the segments unbolt each other creating a peculiar spectacle of the Tea-Ship splitting apart and making its way out of the festival. The Ship glides above the markets, brewing tea it has prepared all year round for street parties below. The markets are the core of this new town centre continually extending and regenerating existing shop fronts on Shooters Hill. Lightweight stage curtains envelope the markets framing the local site context for passers by. This infrastructure that accommodates the attractions and markets also allows space for local vehicular access. The legacy of the festival for the rest of year is the small fragments dotted around the masterplan. These parks are looked after for by the community, cultivating ingredients in demand during and after festival time. 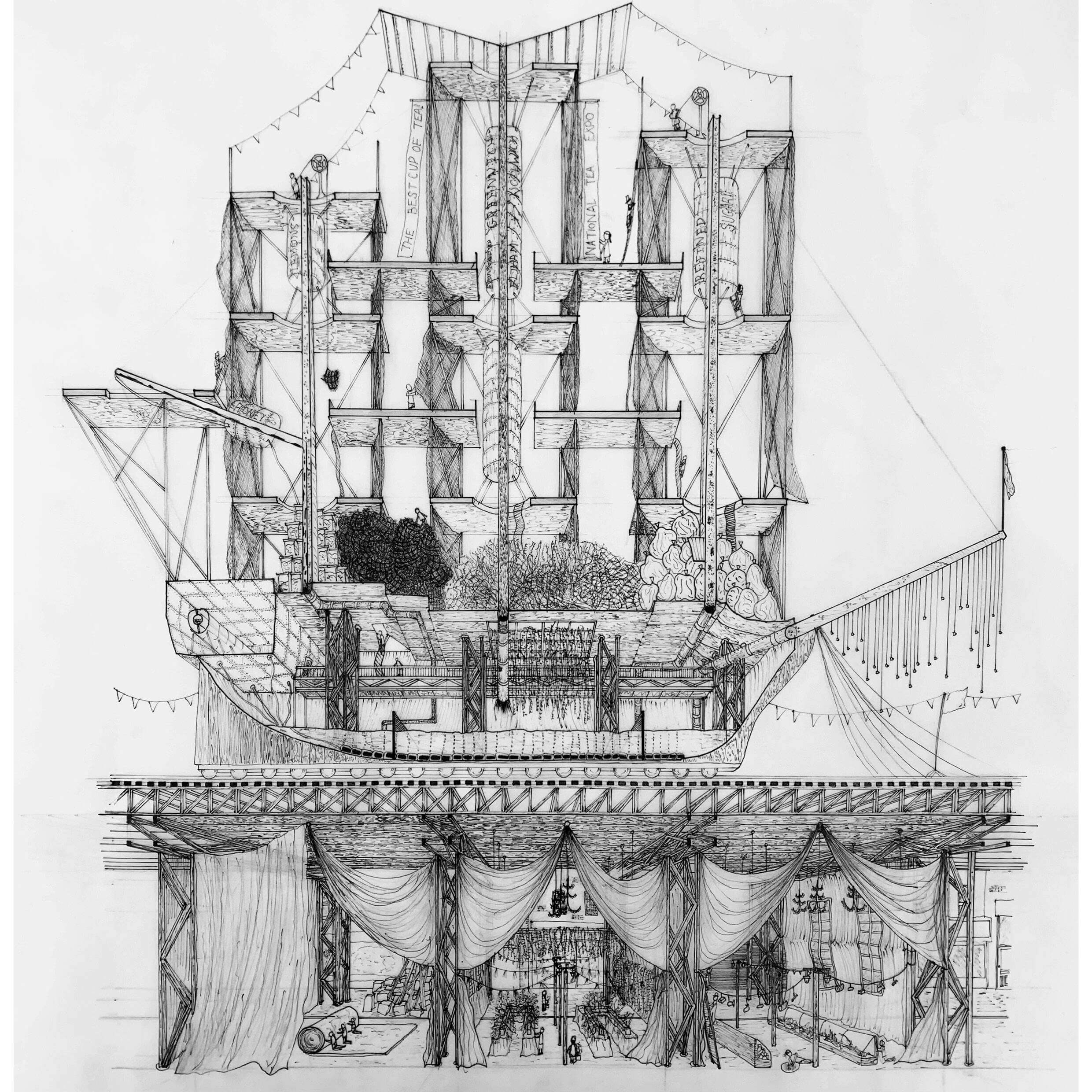 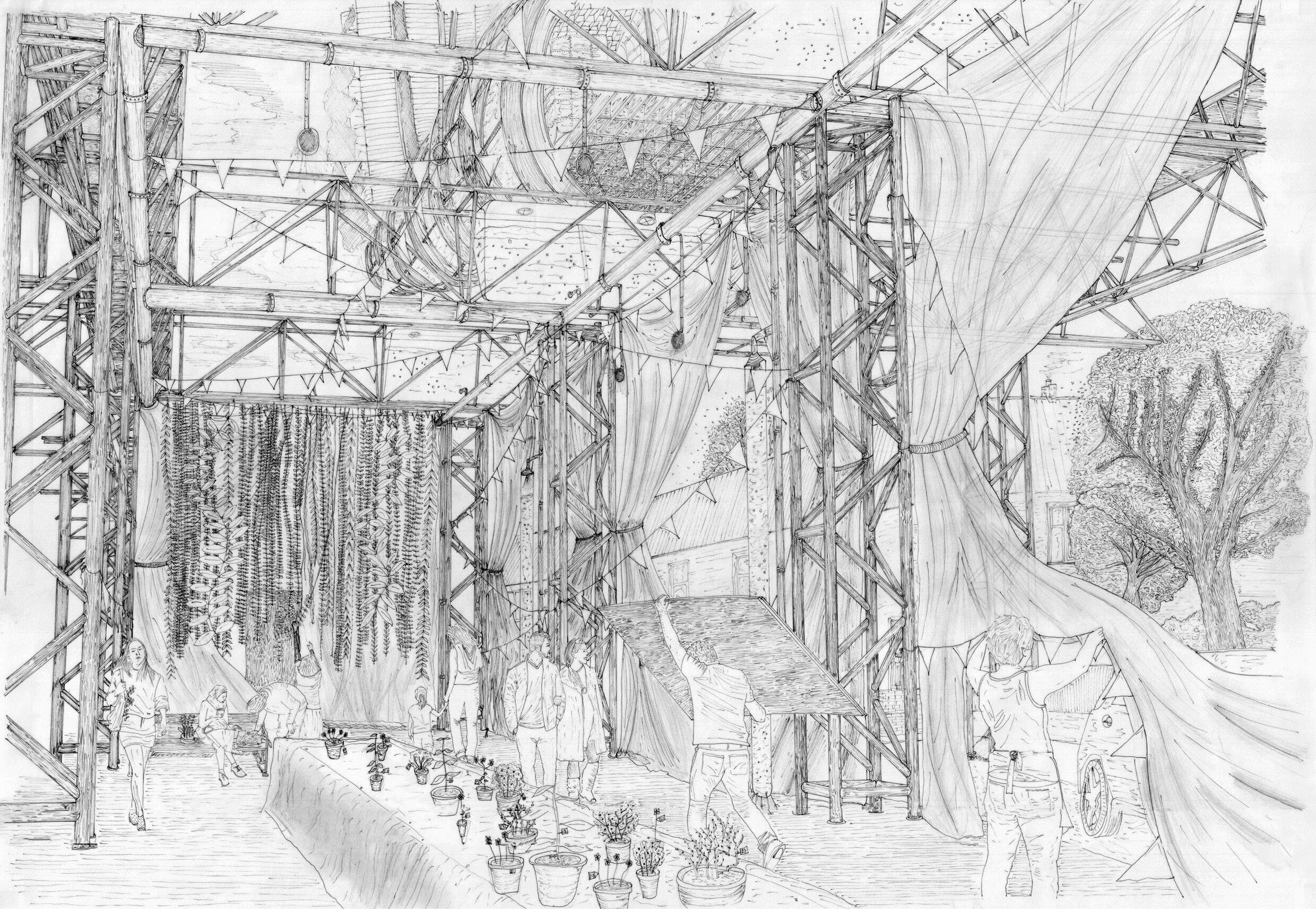 I incorporated my research of the technology of the festival and identified the key moments of activity within the cafe. The interior comprises of found objects from the local area to occupy the cafe and for the neighbourhood to have a sense of ownership with their Tea-Ship fragment. The cafe also extends out onto the street front with an unfolding canopy. At the crossroads of Hervey Road and Begbie Road, sits a 2.5 by 6 metre cafe (to fit on a lorry for transport) resembling a sliced ship fragment. This cafe is composed of material from local construction sites and found objects. Serving home-grown tea for the majority of the year, this cafe hosts a community relatively hidden from the rest of the Greenwich borough. Once a year this cafe is hoisted above a central street market parade and joins other fragments to form a tea-making ship to service the markets. A cycle of The Three Towns of Greenwich Festival is complete.