The project is part of a large masterplan at the urban scale, which concerns the northern part of Milan and involves a forestation process that builds relationships within a fragmented fabric. 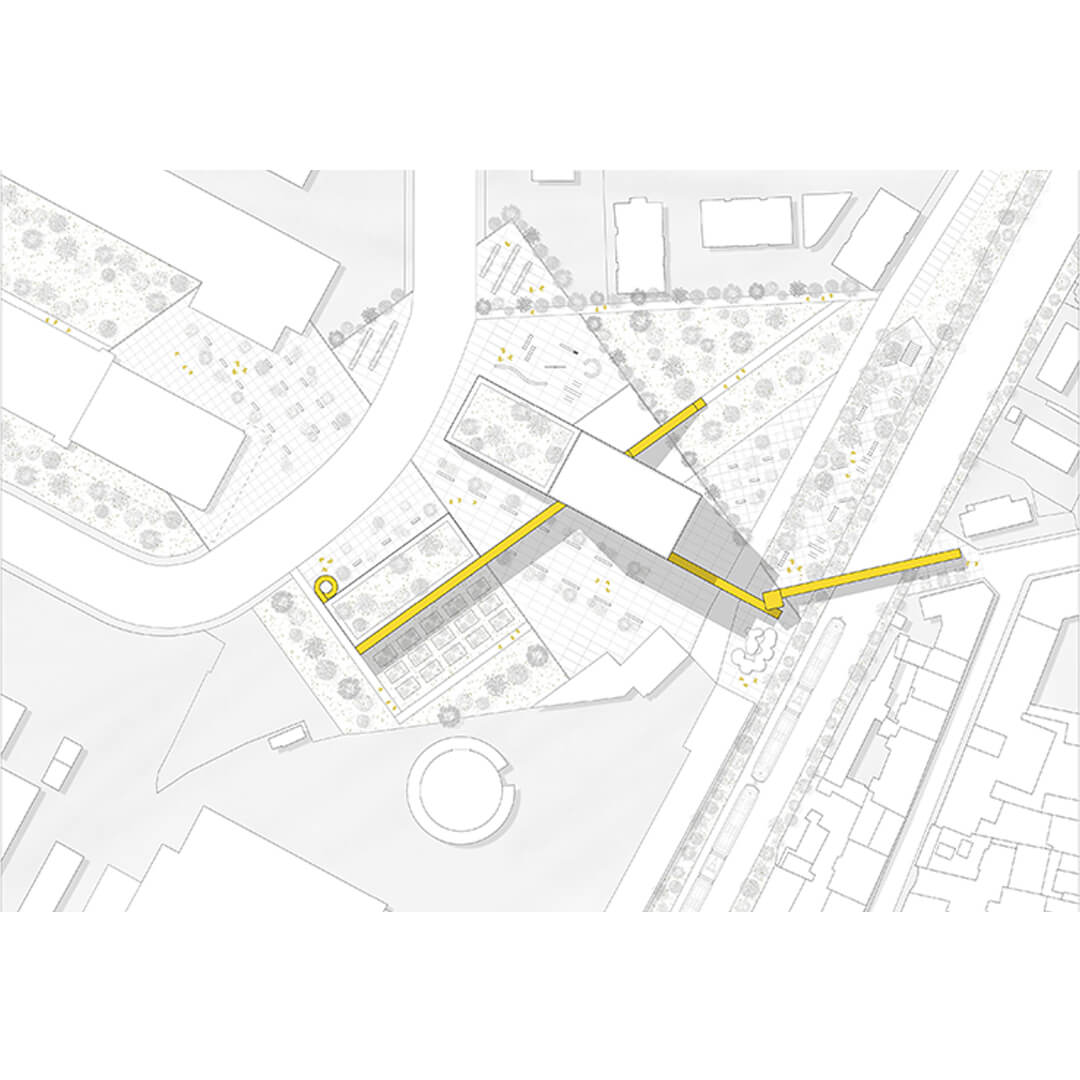 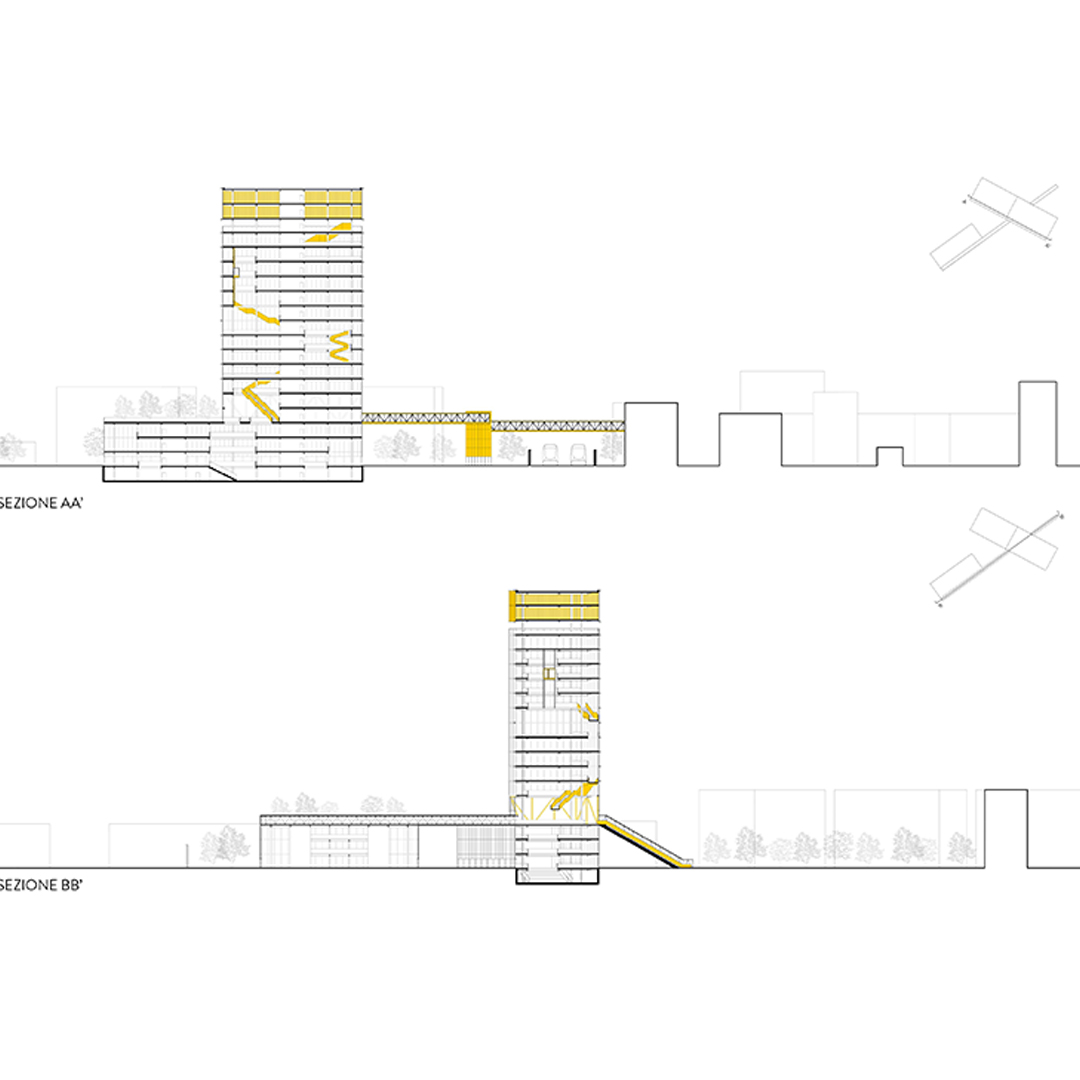 In particular, the urban strategy works on the creation of a green infrastructure along the edges of the main Milanese railway system, the one that runs north from the central station, connecting the city center to the hinterland. The interaction of the vertical railway axis with the three identified horizontal lines allows the creation of an ecological system that catalyses new activities and public spaces. 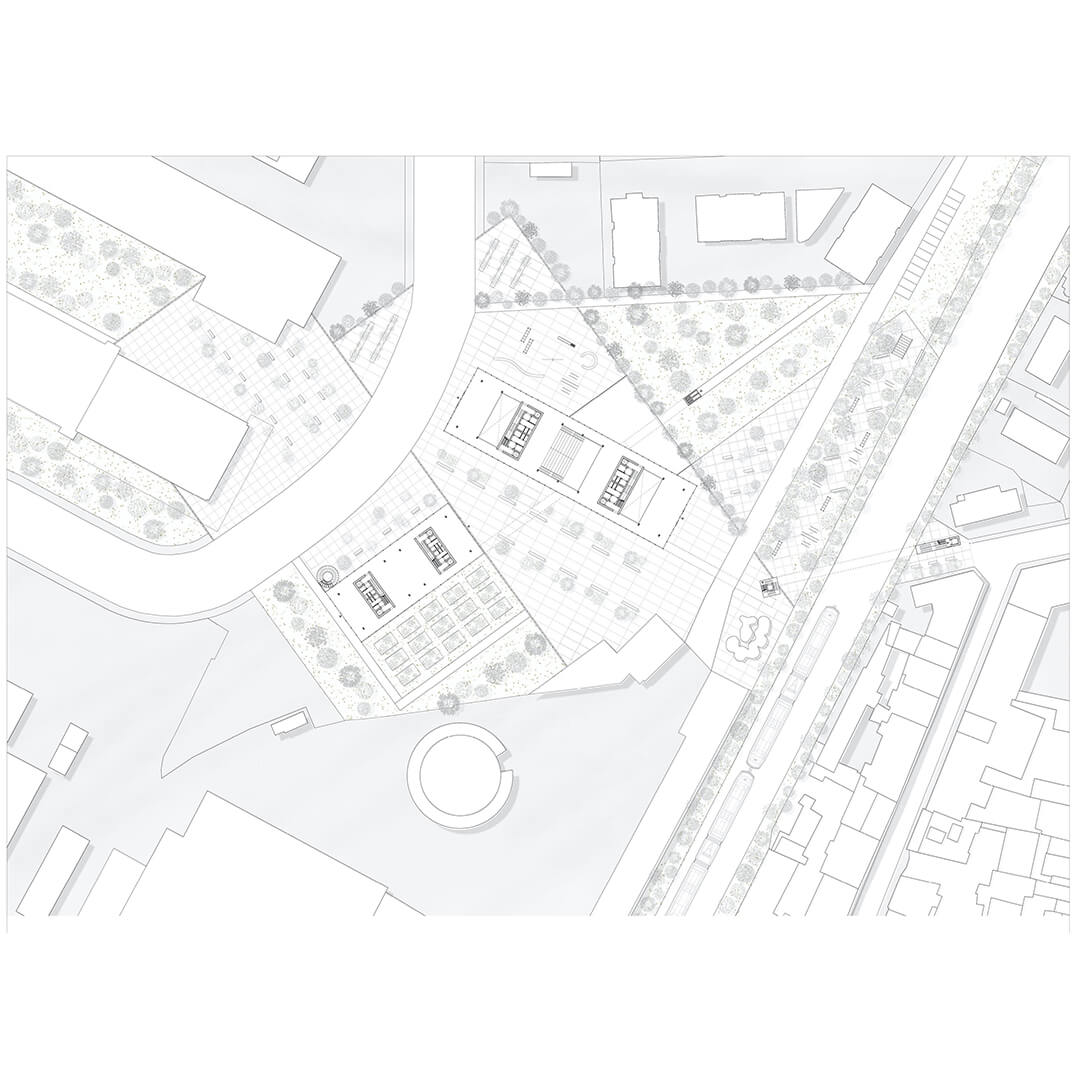 Specifically, the project area is located along the most marginal horizontal line, the the furthest from the city center, and was selected for its potential. In fact, it constitutes the head of a linear park, which represents a possible green connection between the area itself and the Parco Nord, one of the main green systems in the city. It is also located close to the railway axis, strongly affected by its presence as a critical element: the railway constitutes a sort of break in terms of permeability of the area, clearly separating an urban fabric with an almost totally industrial vocation, that of the Carroponte, from the residential area of Sesto Marelli, which lacks public spaces and relationships. In the project area there is also an existing disused building that is re-functionalized and integrated within the new system. 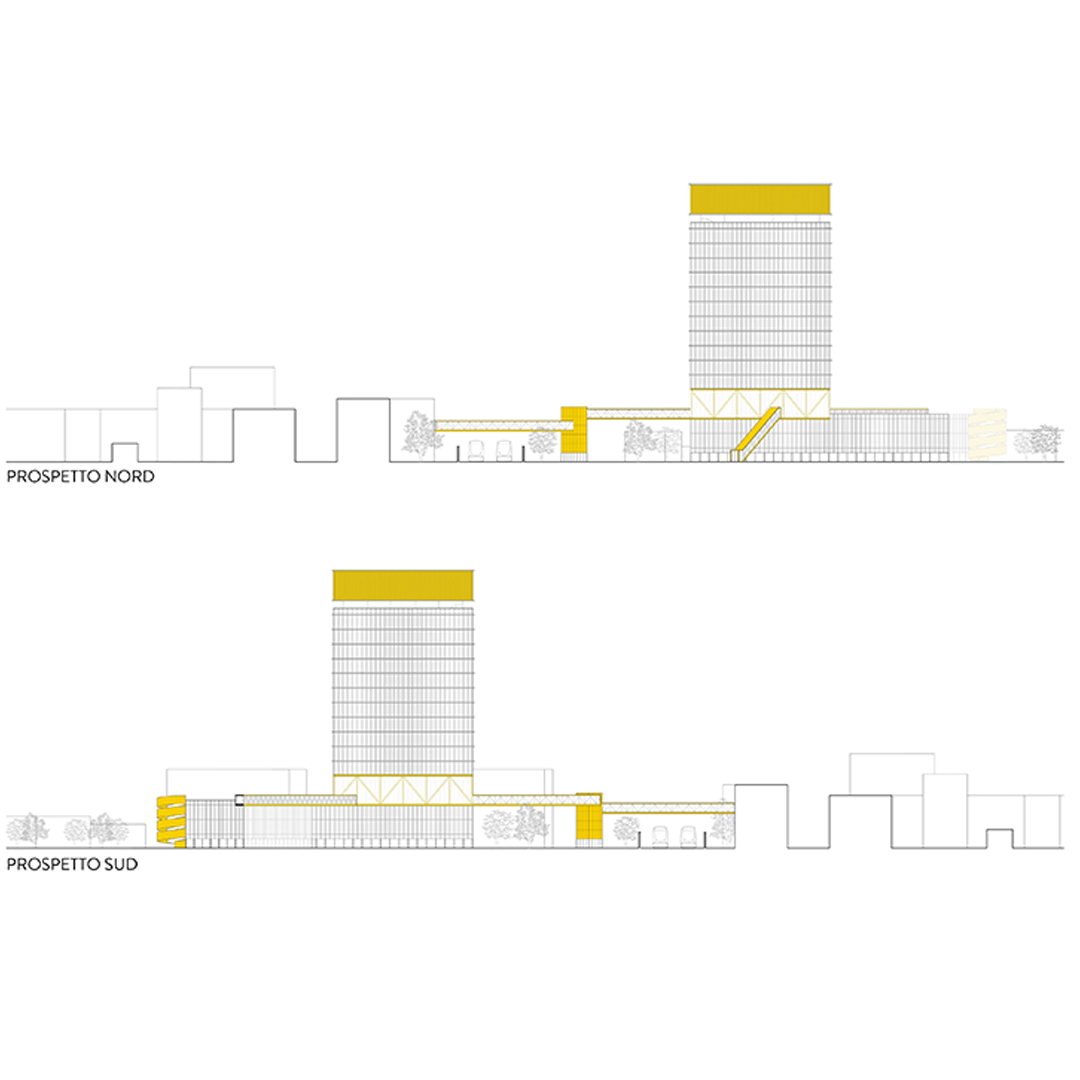 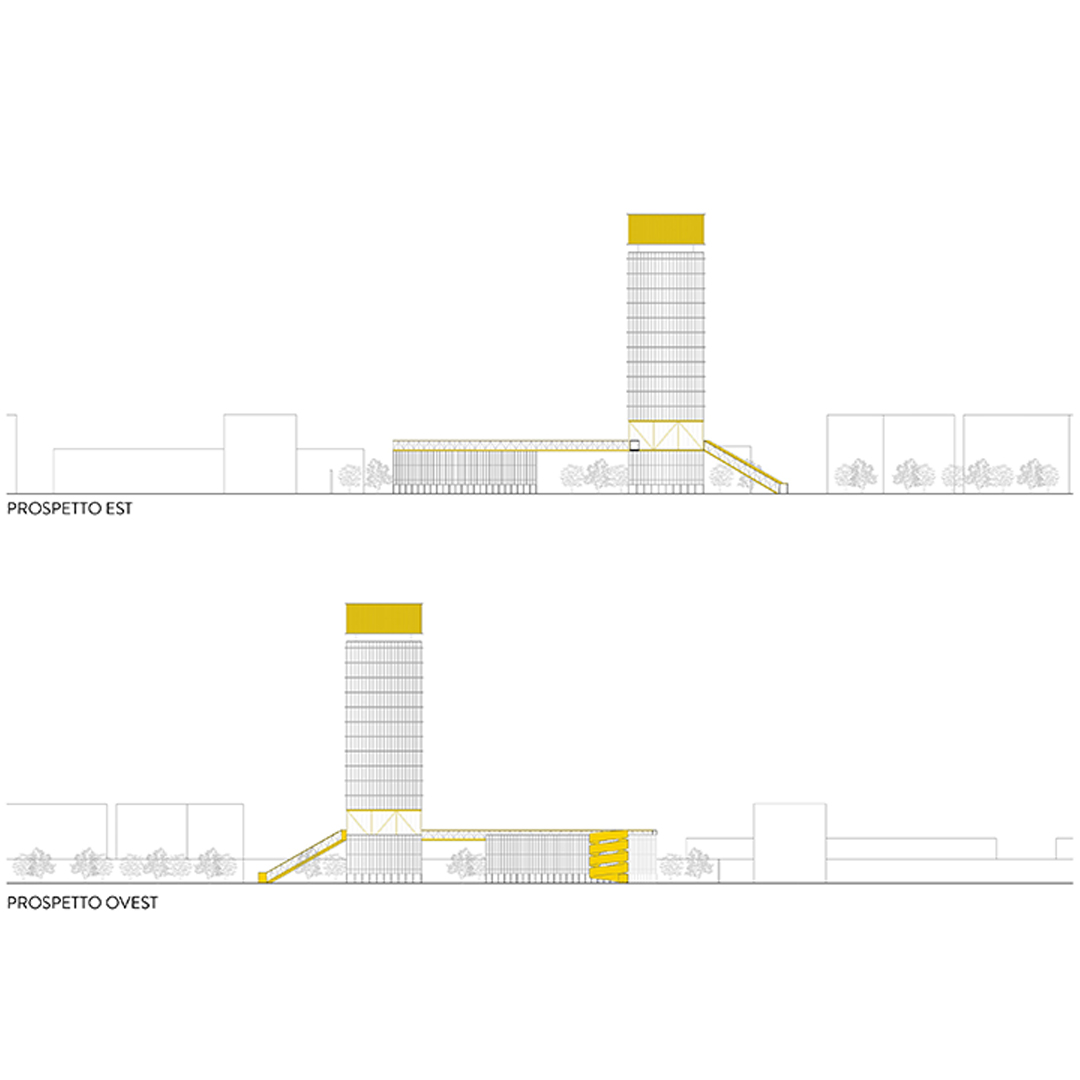 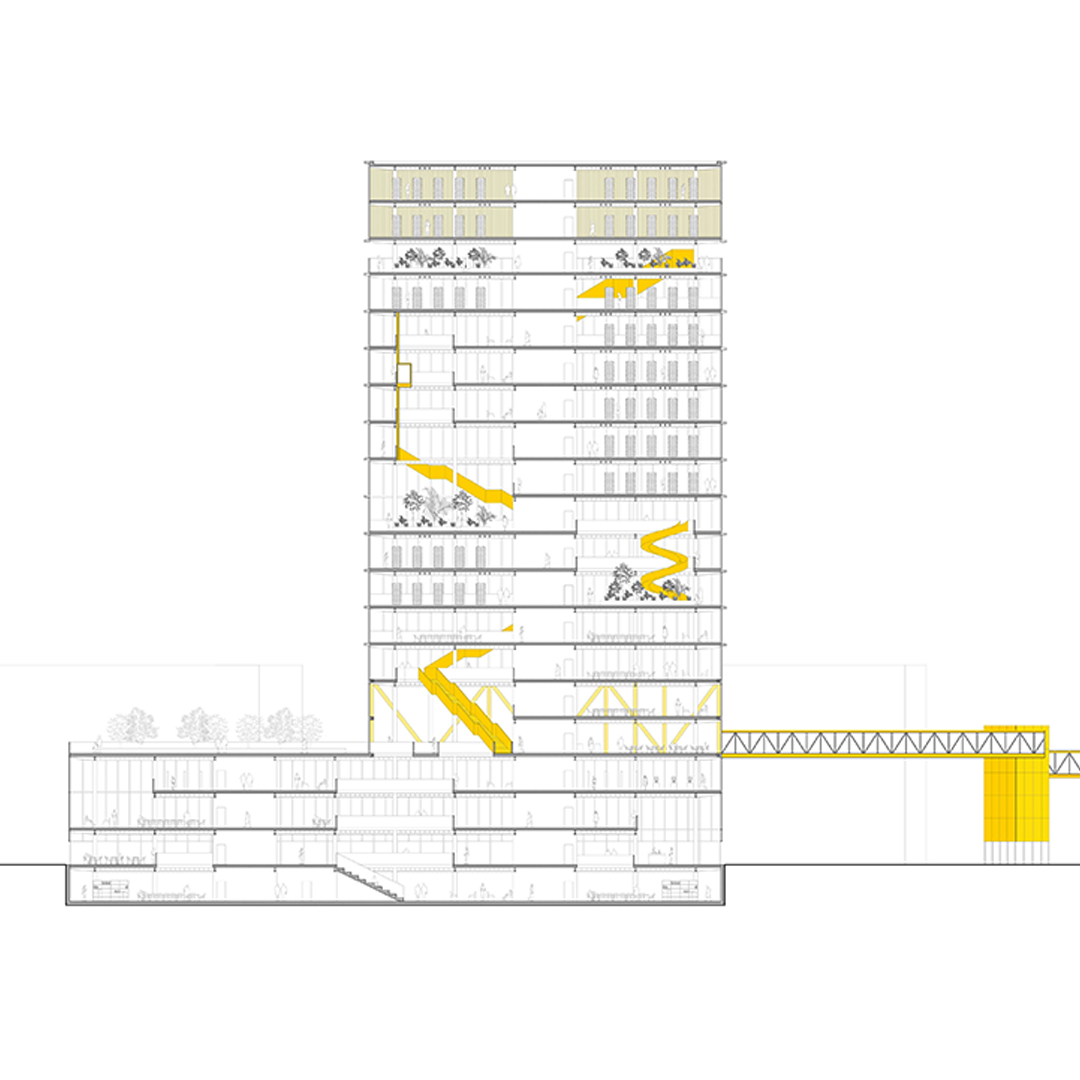 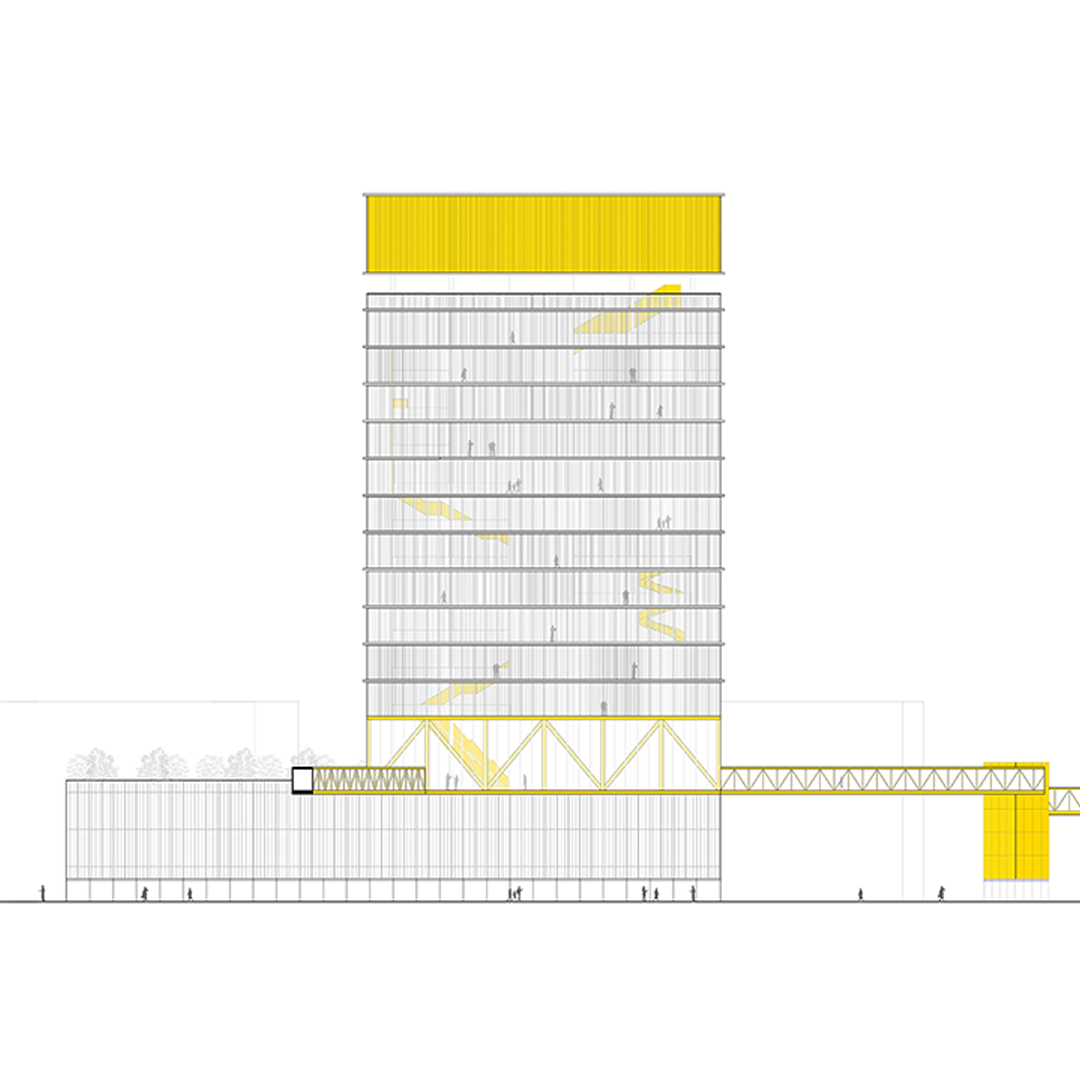 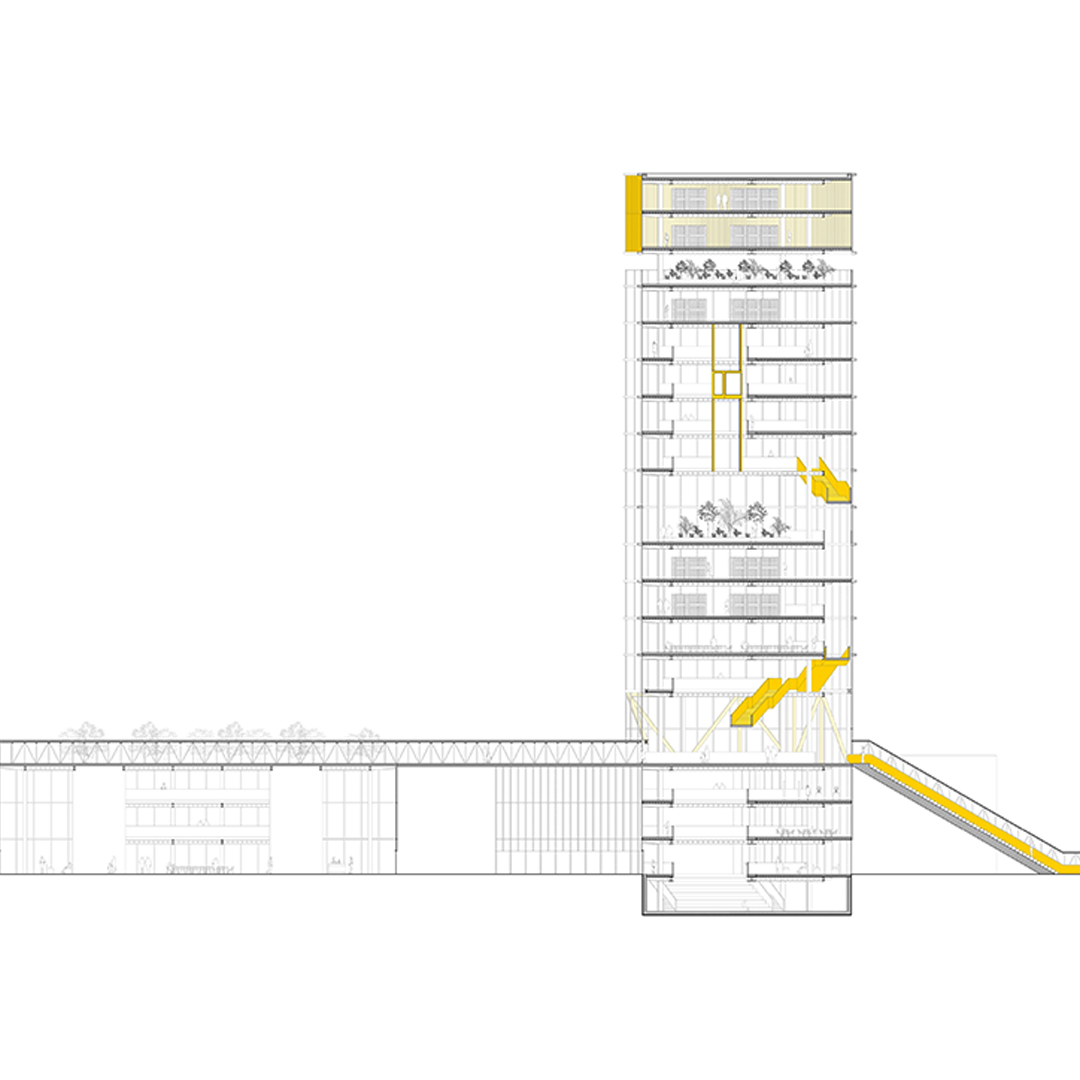 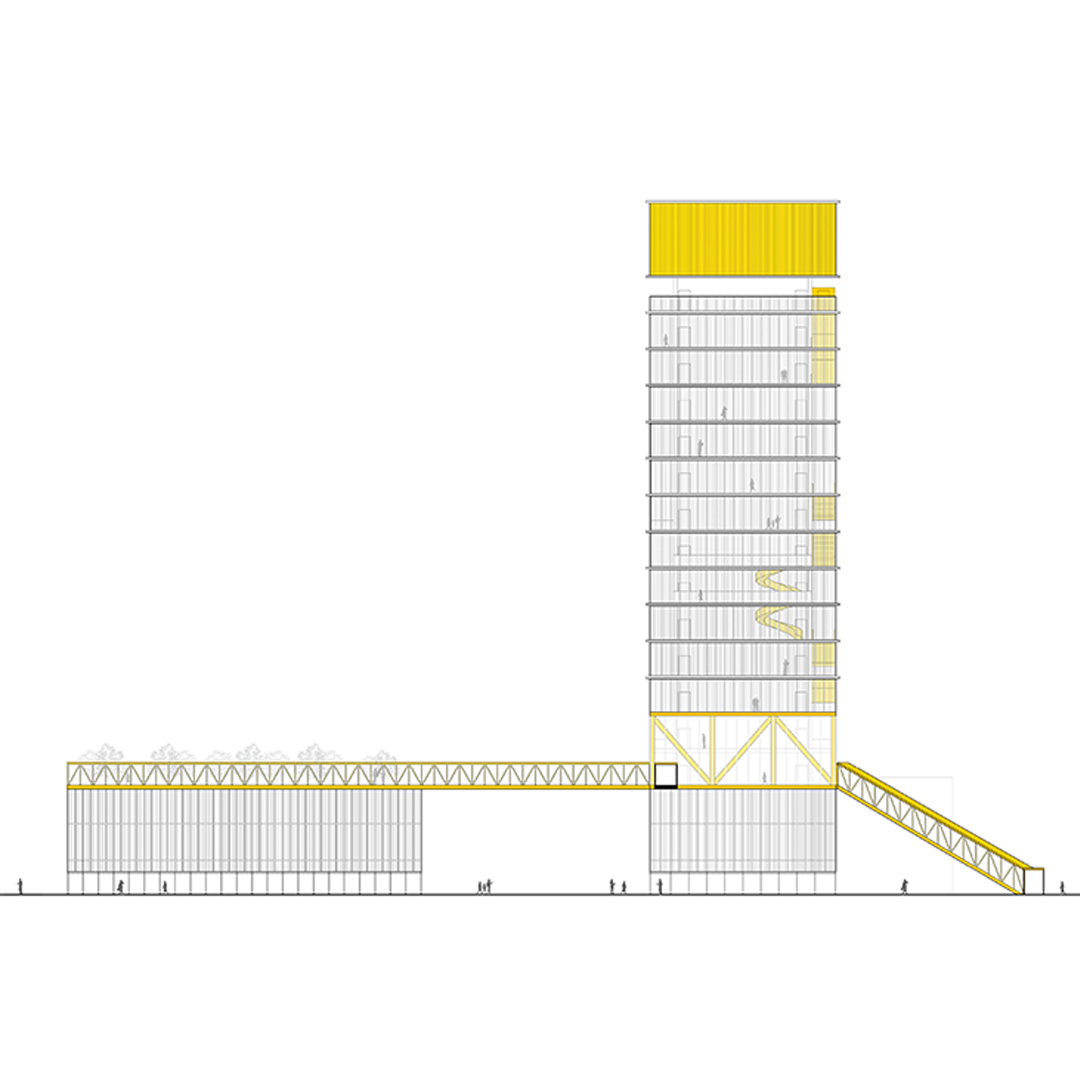 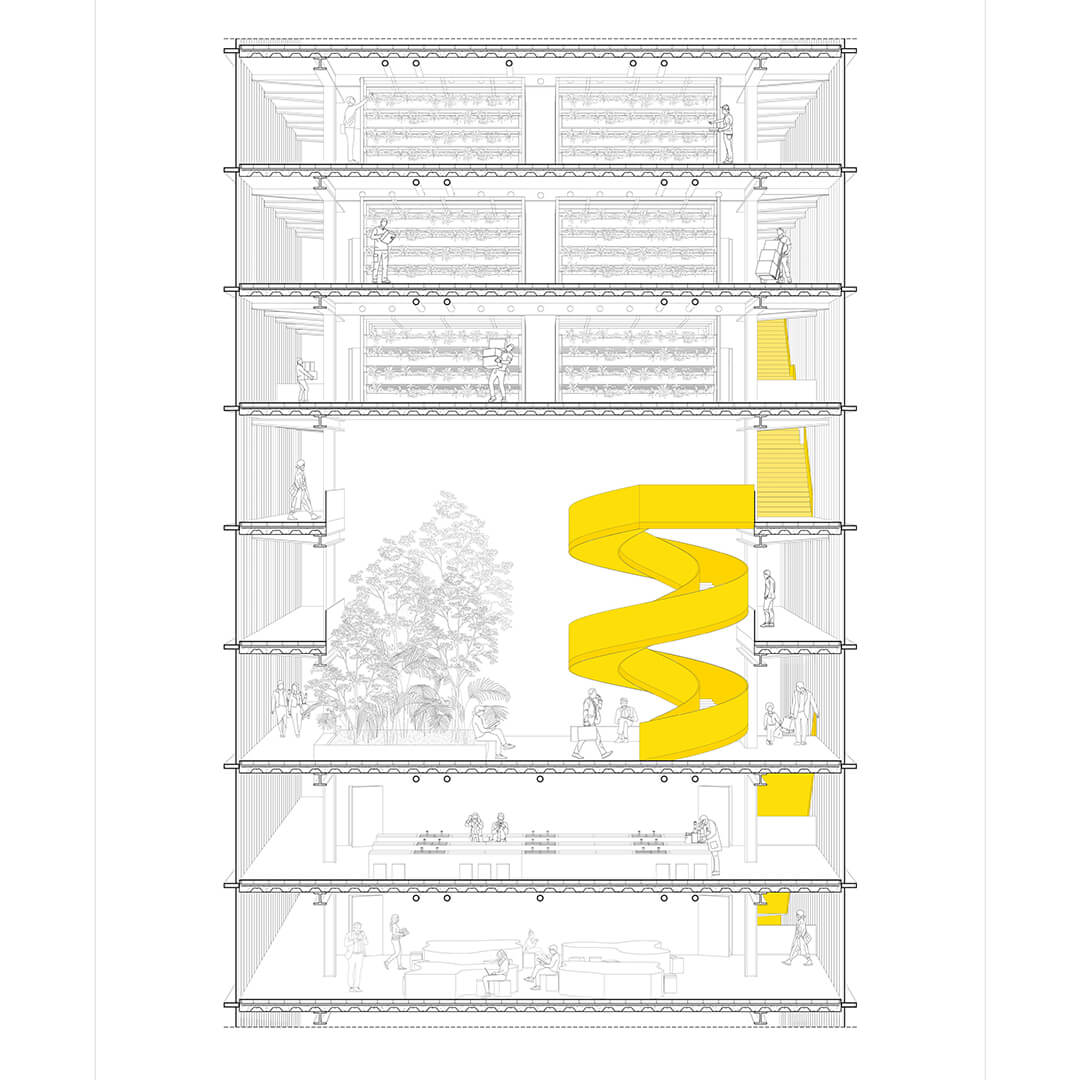 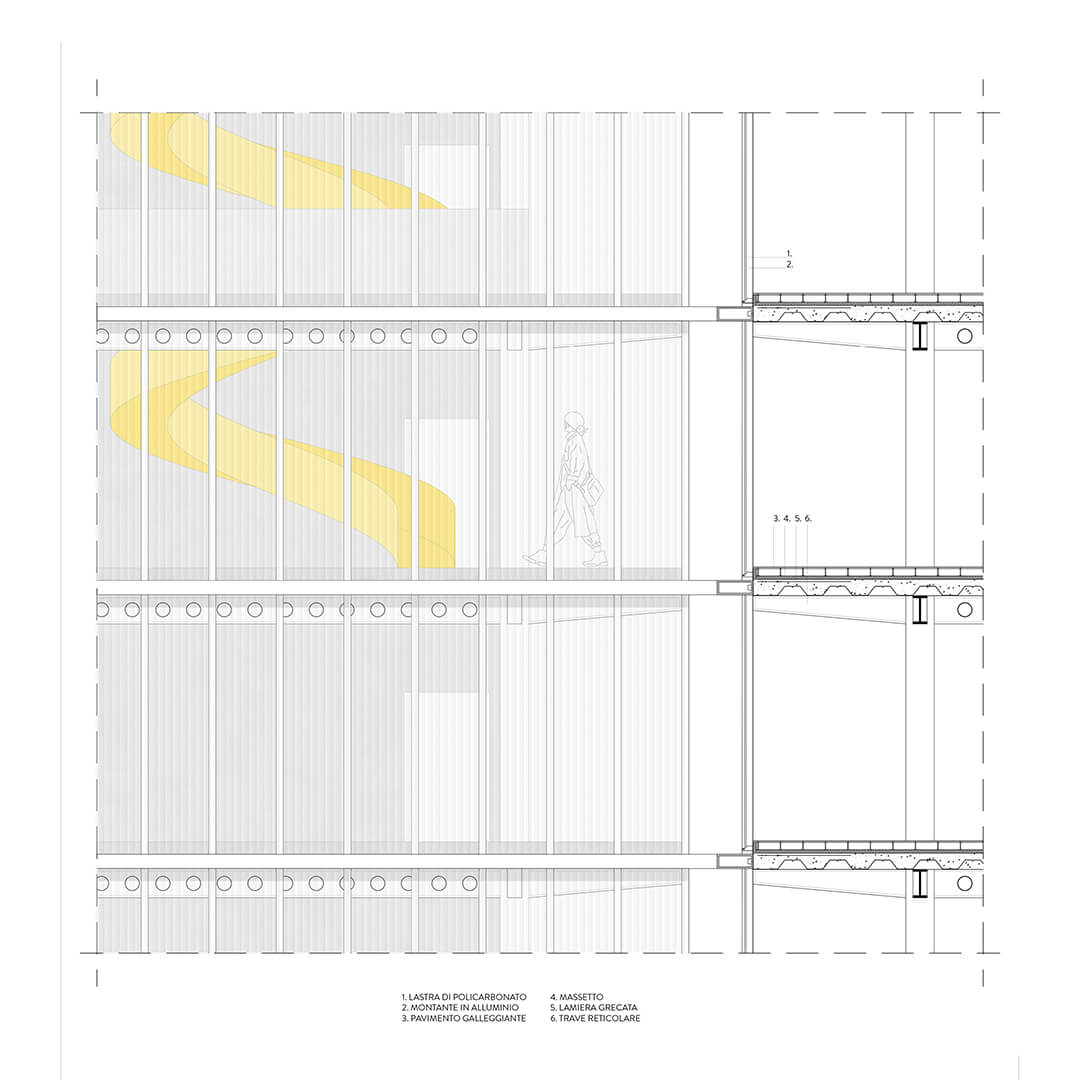 The architectural project, within the urban scenario outlined, is proposed as a new public epicenter within a critical and fragmented fabric. Furthermore, by inserting itself within an urban forestation strategy, the architecture project also concerns a function that is intended to be an ecological and sustainable proposal for the neighborhood. The building is a vertical farm: it has a substantially productive function, linked to the possibility of agricultural self-sufficiency in the event of an emergency, and contributes to the reduction of land consumption by developing in height. 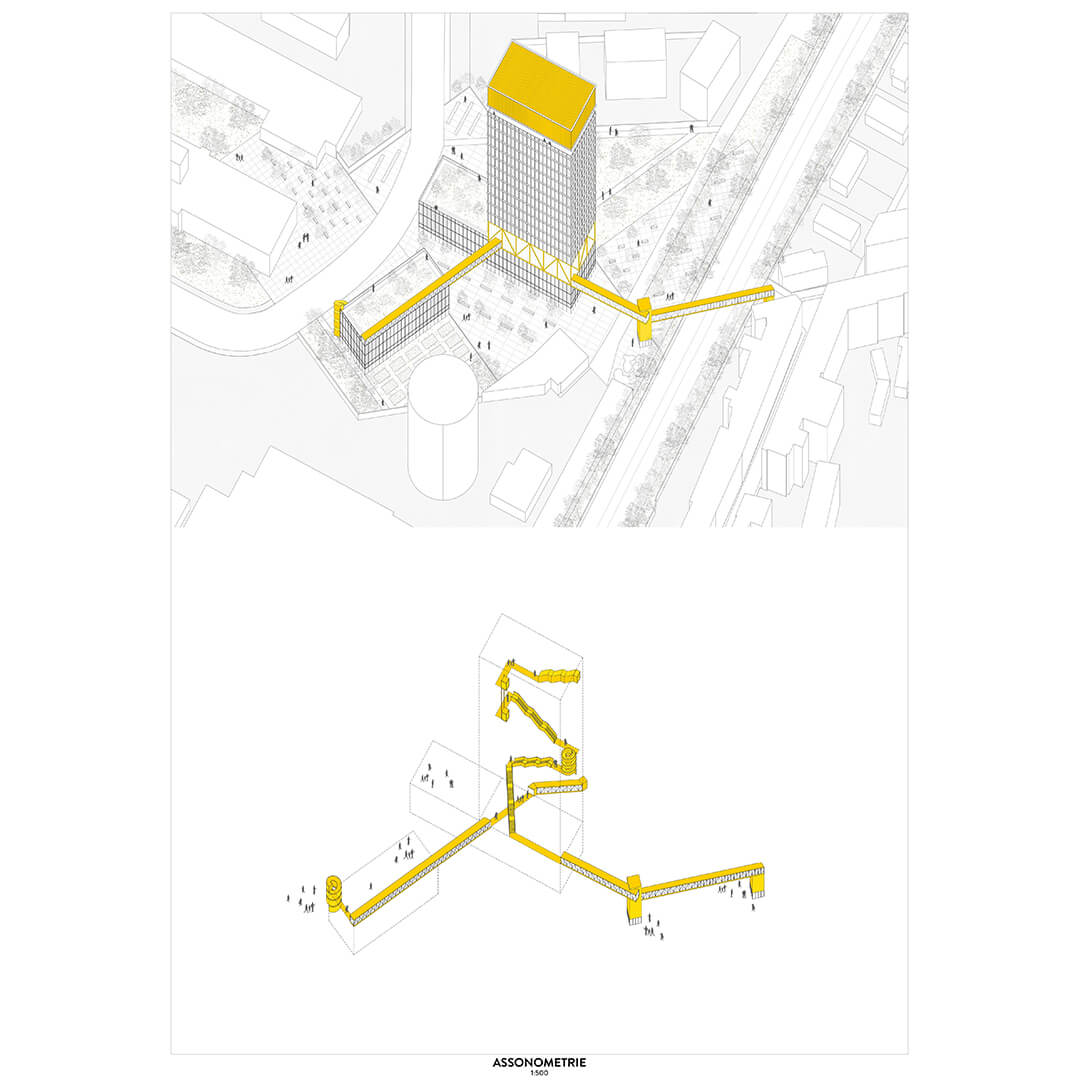 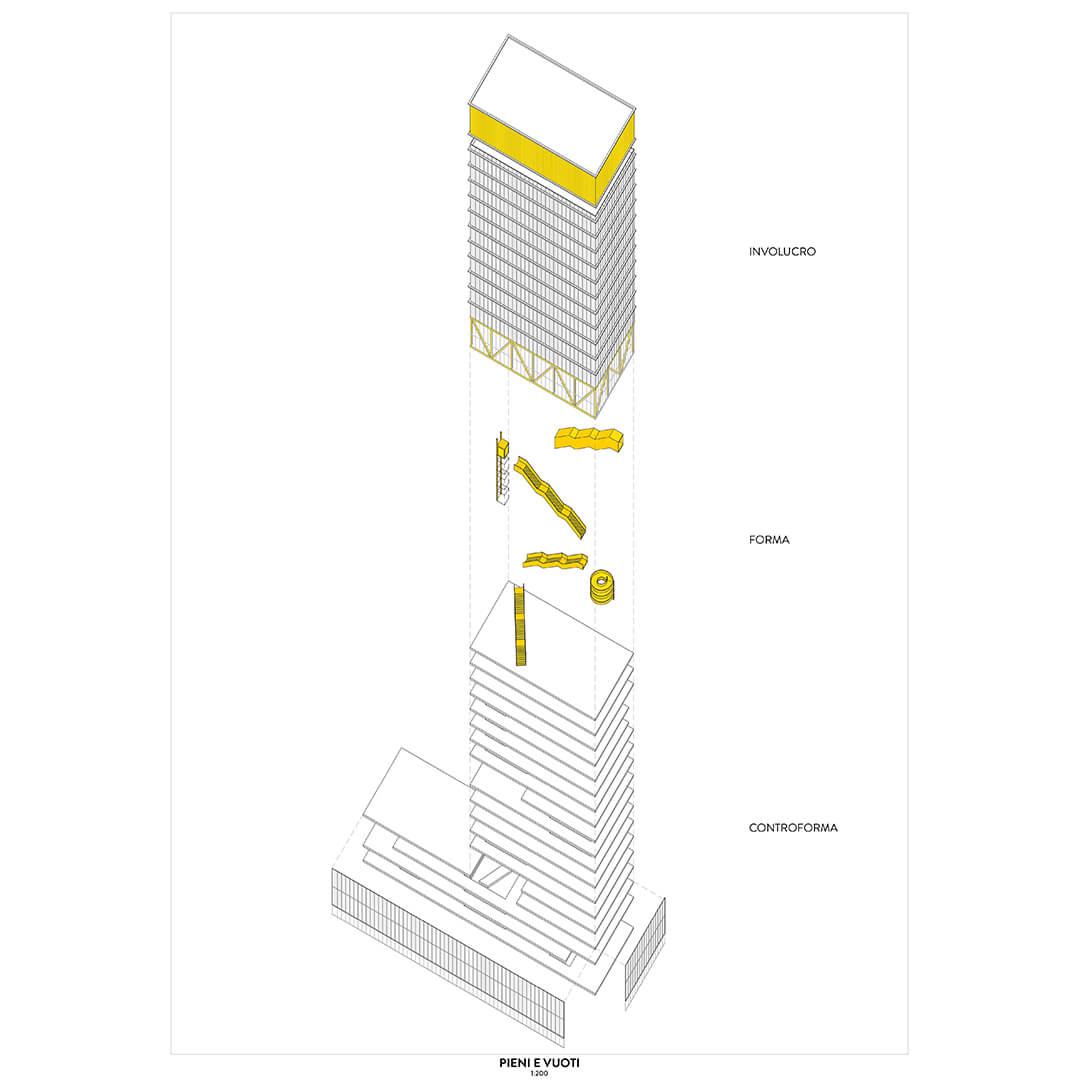 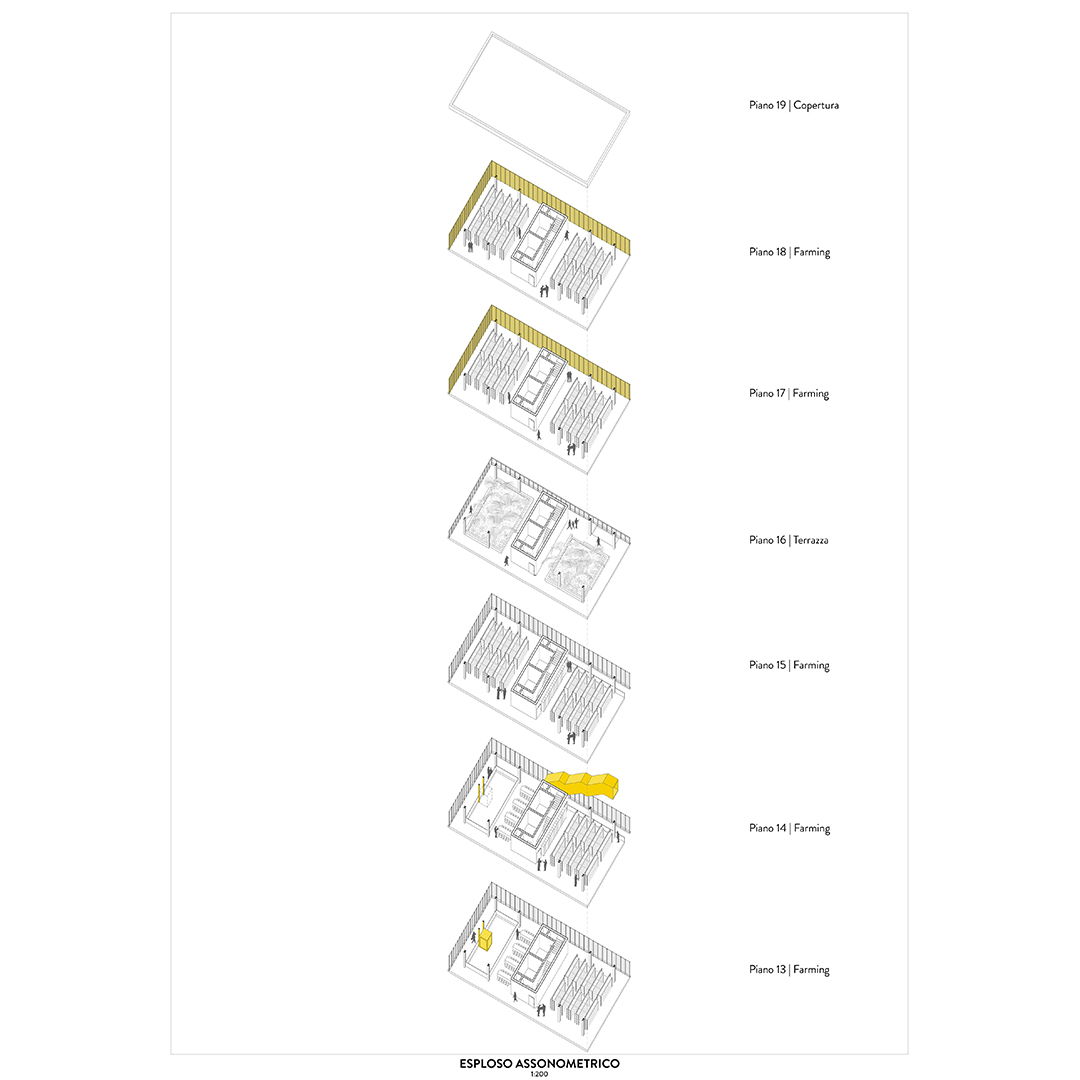 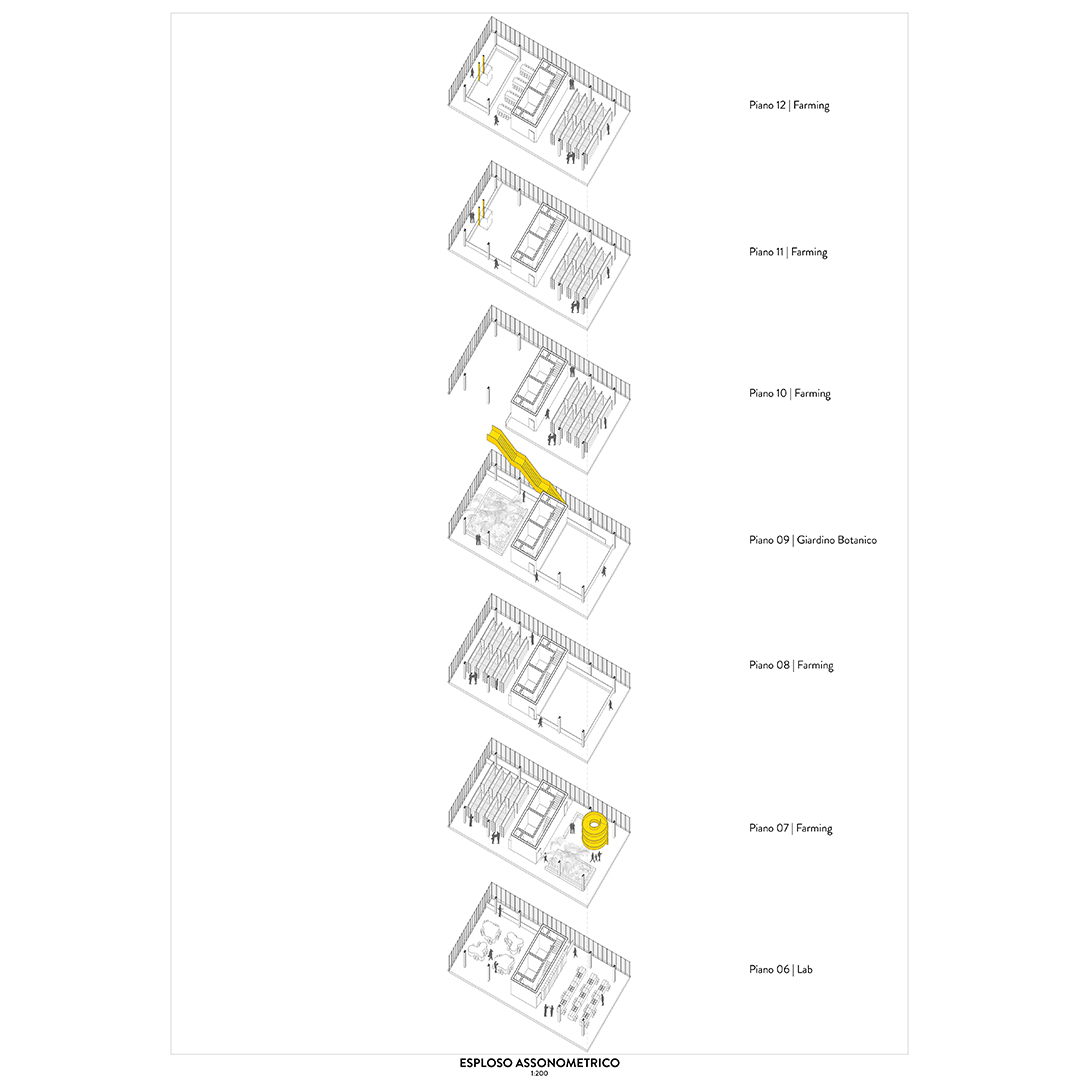 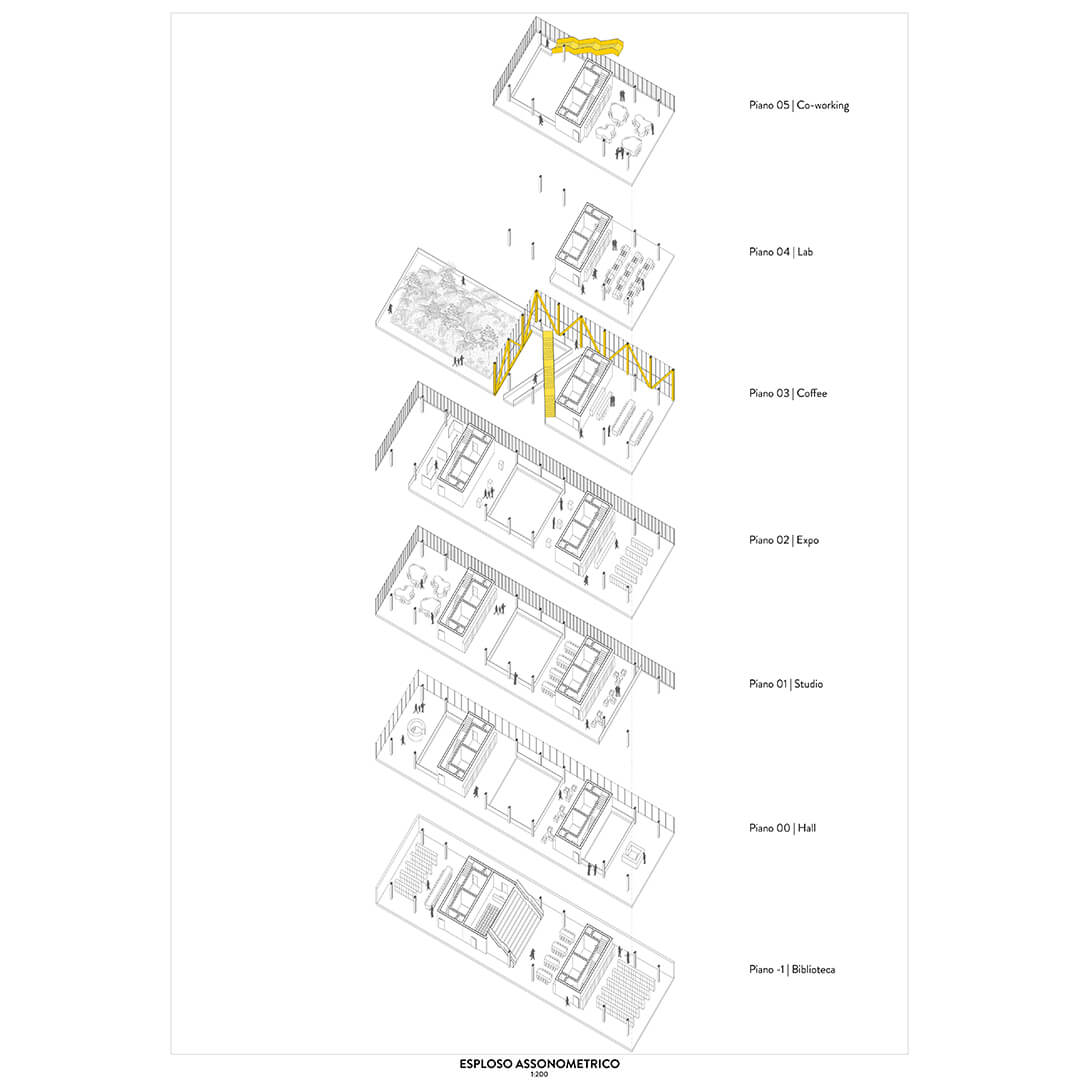 Specifically, the project develops the theme of dynamic public space: it builds a system of public relations and connections that involve the urban and architectural scale, interacting with the private activities of the vertical farm. The building is configured as a contemporary reinterpretation of the historical typology of the tower, consisting of a public basement, a body and a crown. The project develops entirely around the public distribution which is conceived as a continuous yellow ribbon throughout the volume of the tower building and the design intention is to make the dynamic system of public flows always legible. This intention involved the design of a special envelope, conceived as a semi-transparent shell that can give the perception of the internal functioning of the building even looking at it from the outside. For this reason, the construction of the envelope is designed in polycarbonate sheets, that is to say characteristic elements of the production and industrial logic, which evoke the primary function of the building, allowing, at the same time, to obtain the visual effect of the semitransparent shell. 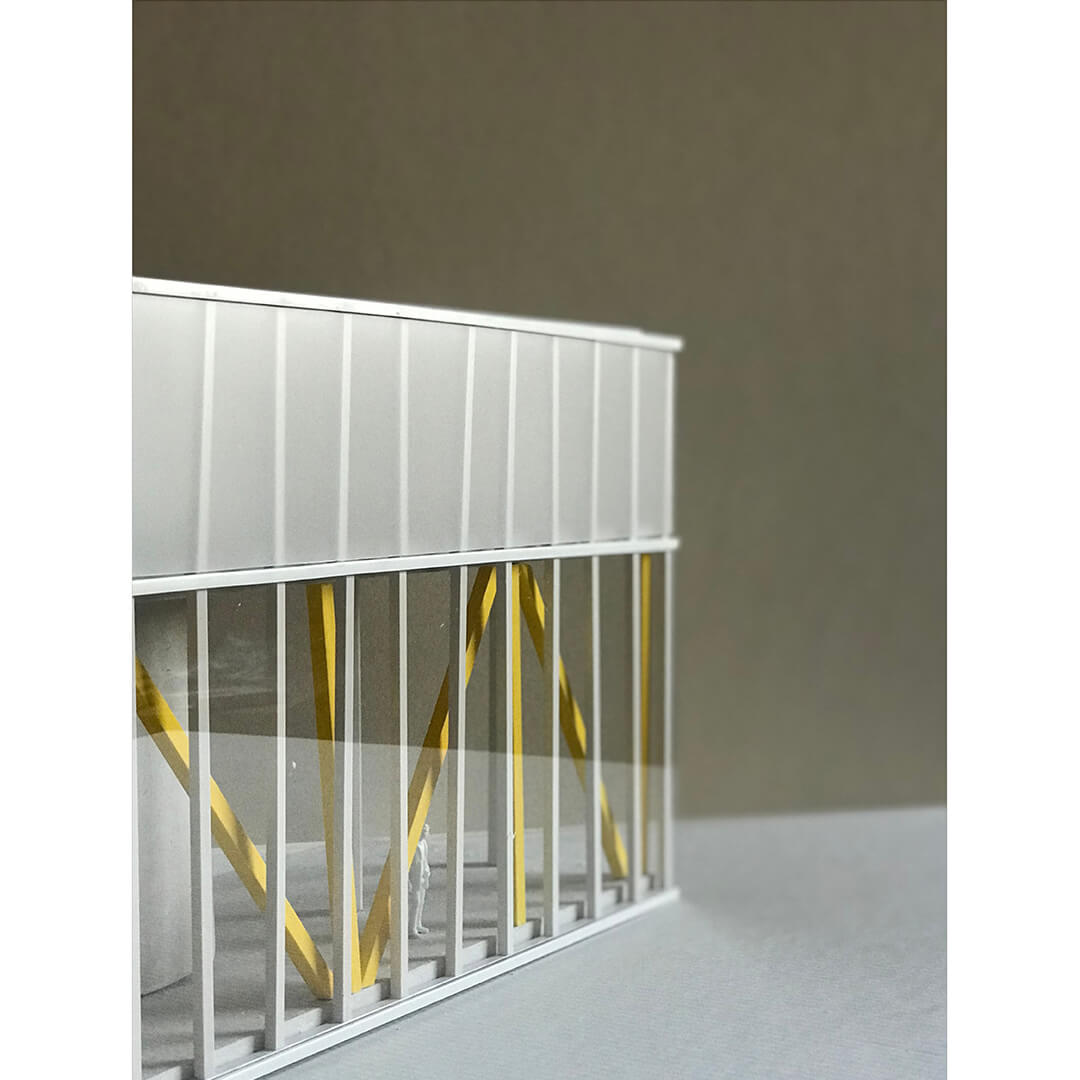 Similarly, the design of the structure intends to refer to the industrial and productive vocation of the building. The structure consists of a steel frame, with pillars and lowered and tapered beams that are used to house the systems: the technological and systems’ operation is designed to characterize the interior while remaining visible.