The proposal focuses on three axes: The collective experience – which defines scale -, architecture as infrastructure – which contributes to ecology – and the constitution of a memorial of the present – which builds a new nature and challenges its visitors.

The Uyuni salt flat faces a problem that runs through any reflection that involves it. The high consumption of water associated with the extraction of lithium makes this resource a central issue to be incorporated in a project that tries to be relevant to that site, and, in our case, it acts as a trigger. 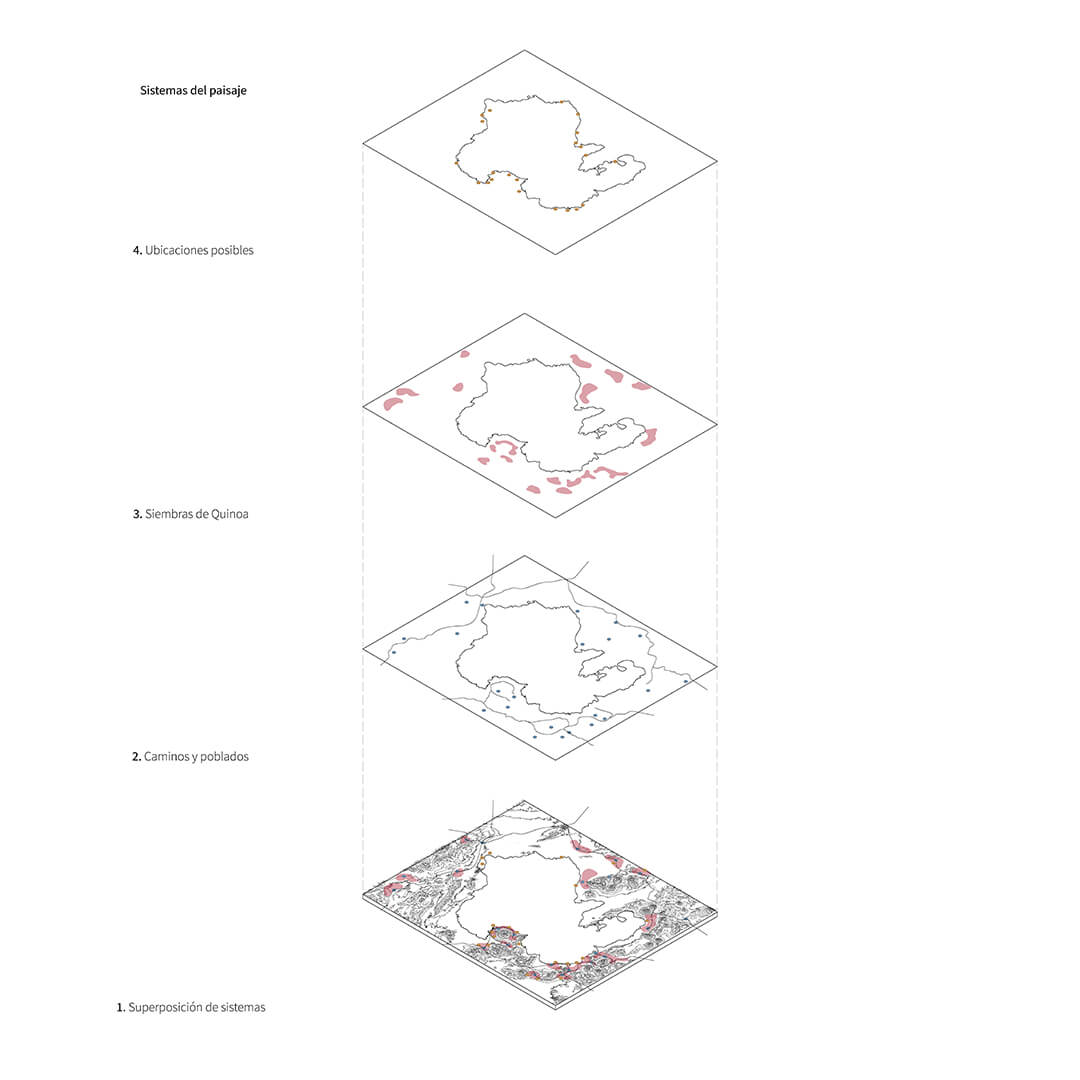 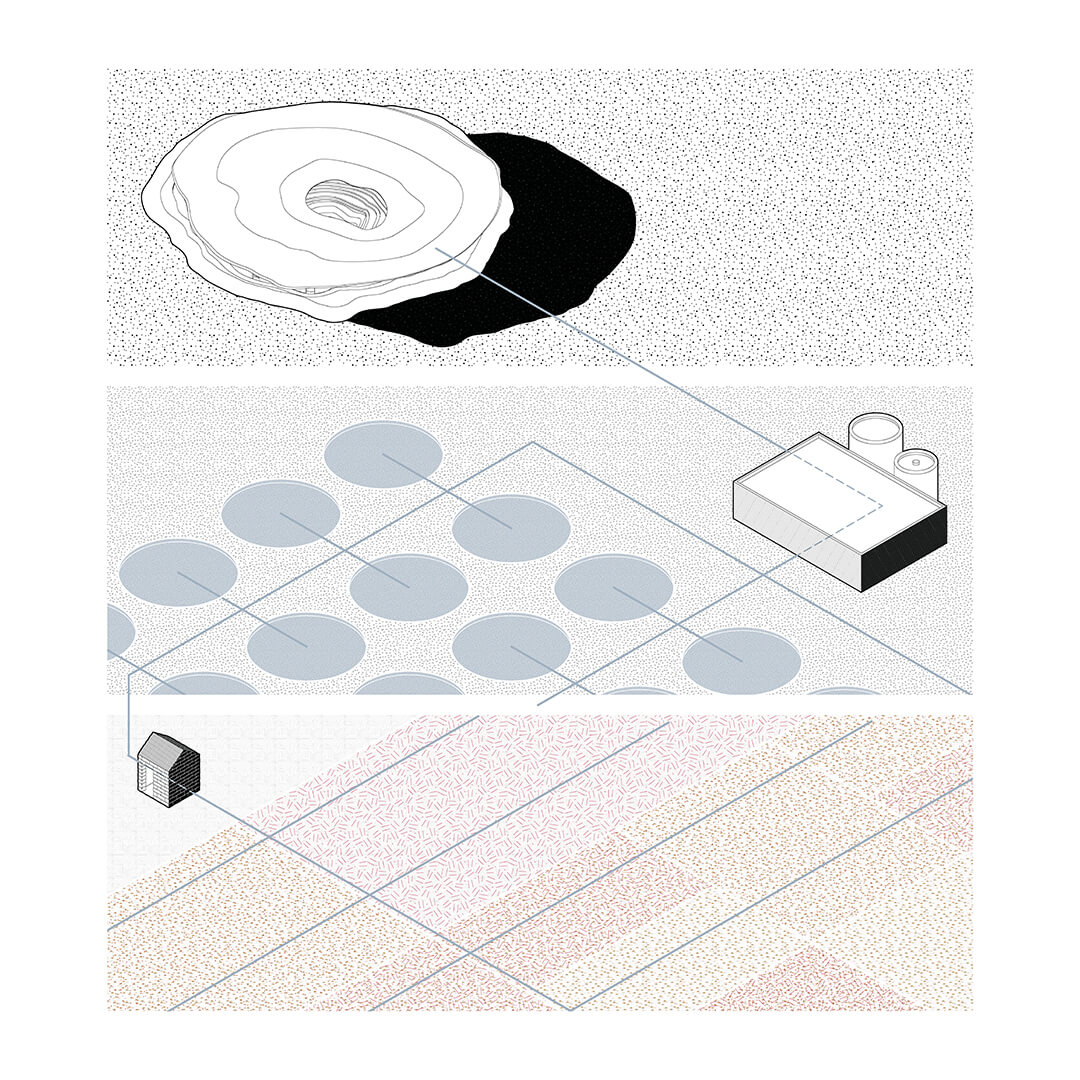 Using an existing depression in the landscape as a mold, a concrete funnel is defined that, as the hole that shaped it once did, will house the rainwater it receives. After being stripped, moved in parts and reassembled, a belt built with those same stones will be mounted on the missing stone formwork inside. This will house the niches, shelters that will receive the transitory inhabitants of the bowl. Above, another funnel similar in its construction to the first one, will capture the greatest amount of rain and protect it from evaporation, at the same time that it acts as a roof for the collective experience of those who take refuge under it. 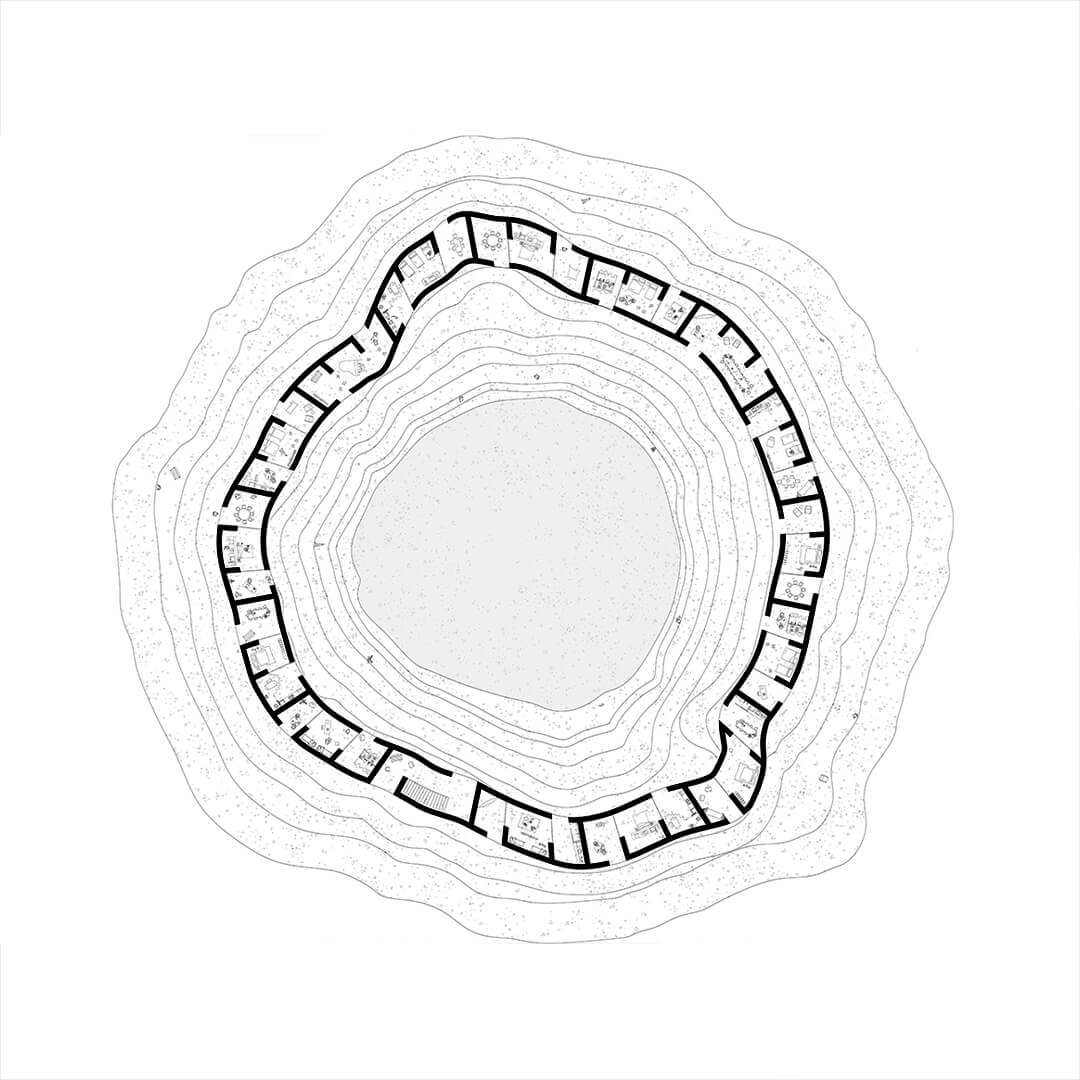 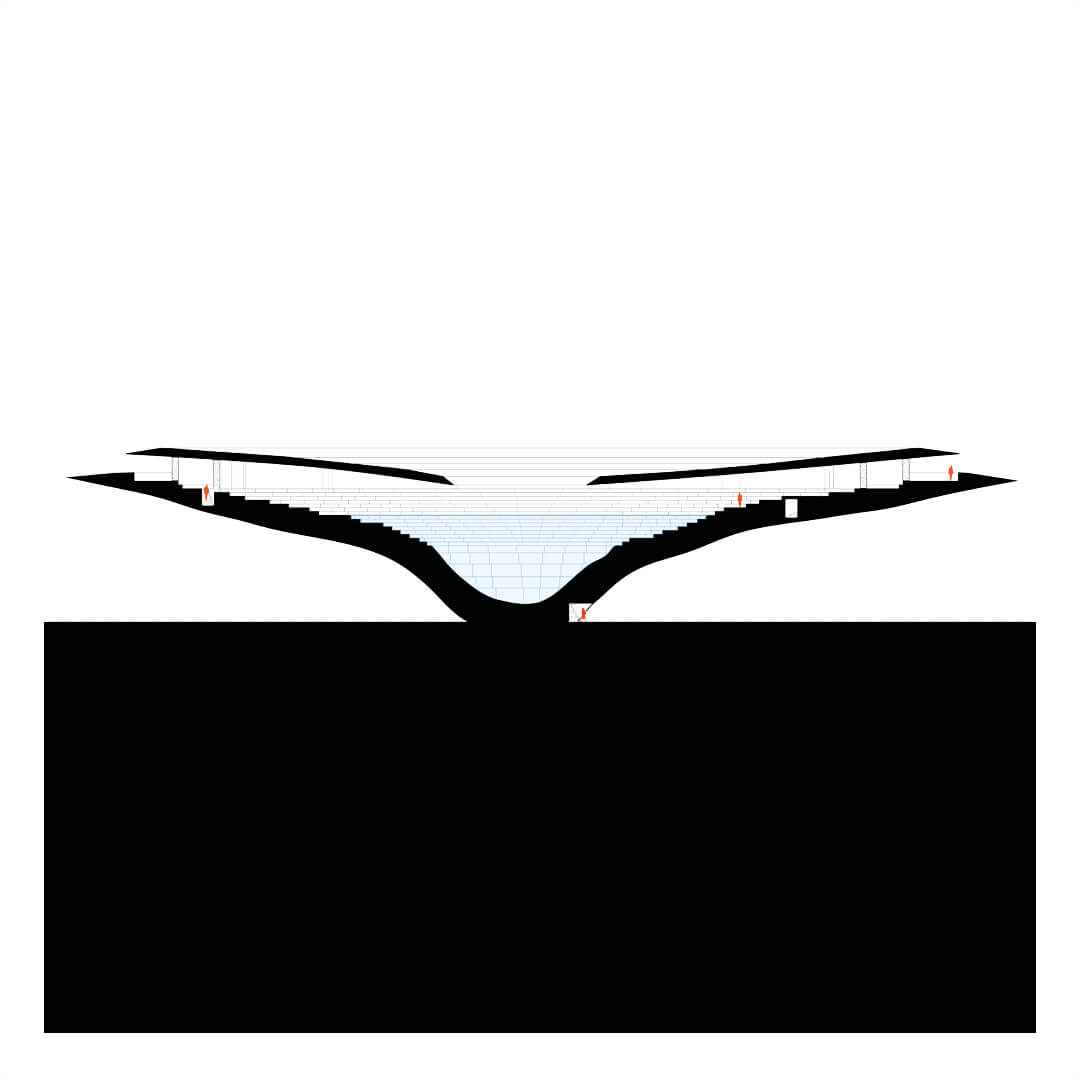 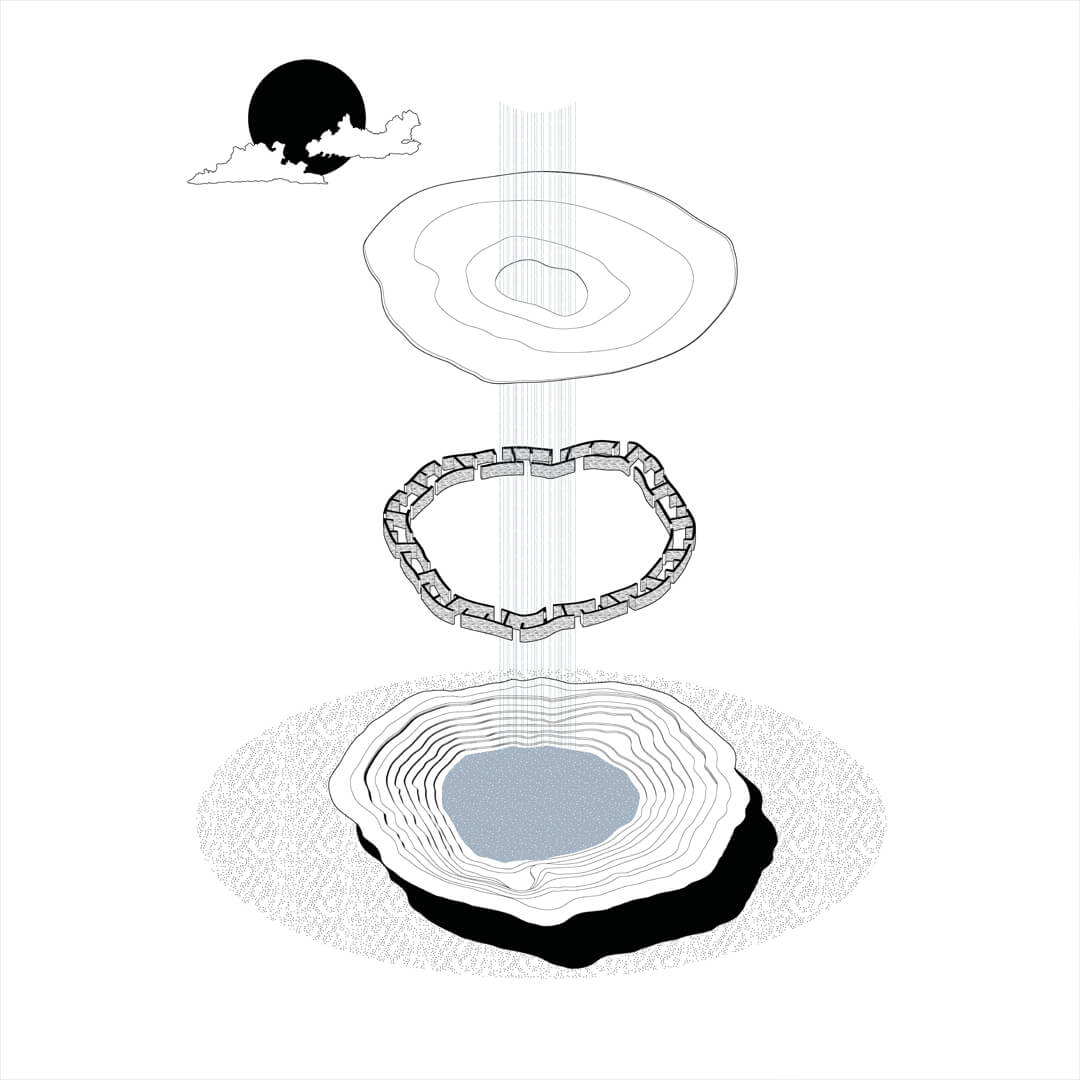 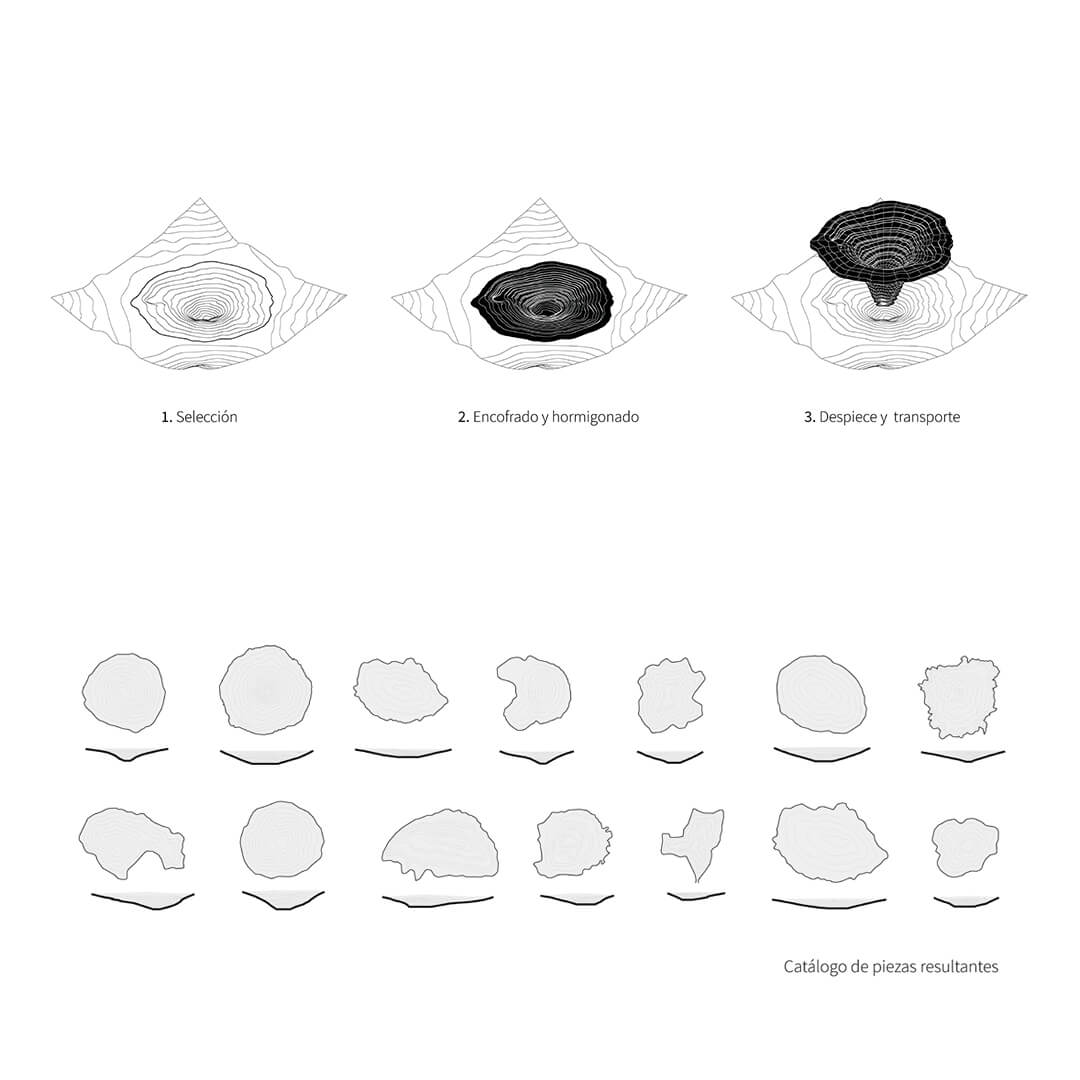 The result stands like a tower of Babel that was placed on his head. Its exterior has the ambition to erase all traces of human intervention. Its interior is constituted as a phenomenological temple that stimulates human experiences. Just as the original gave birth to the myth of the confusion of languages, the inversion of it represents the will to form a device that triggers a conciliation. Overcoming languages ​​by appealing to an almost primitive experience of space will be the way in which this memorial of the present becomes a place to rediscover ourselves, now as a community. 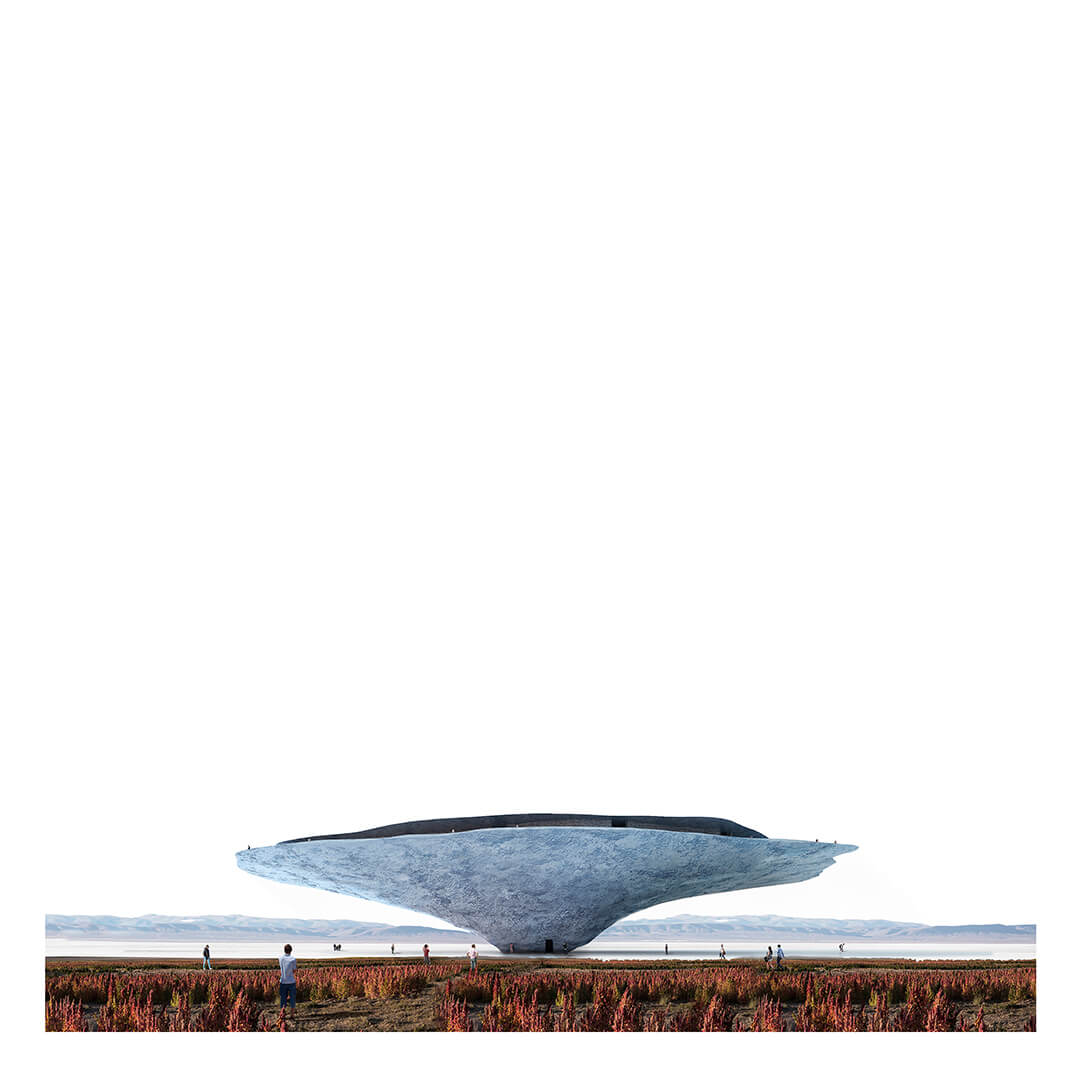 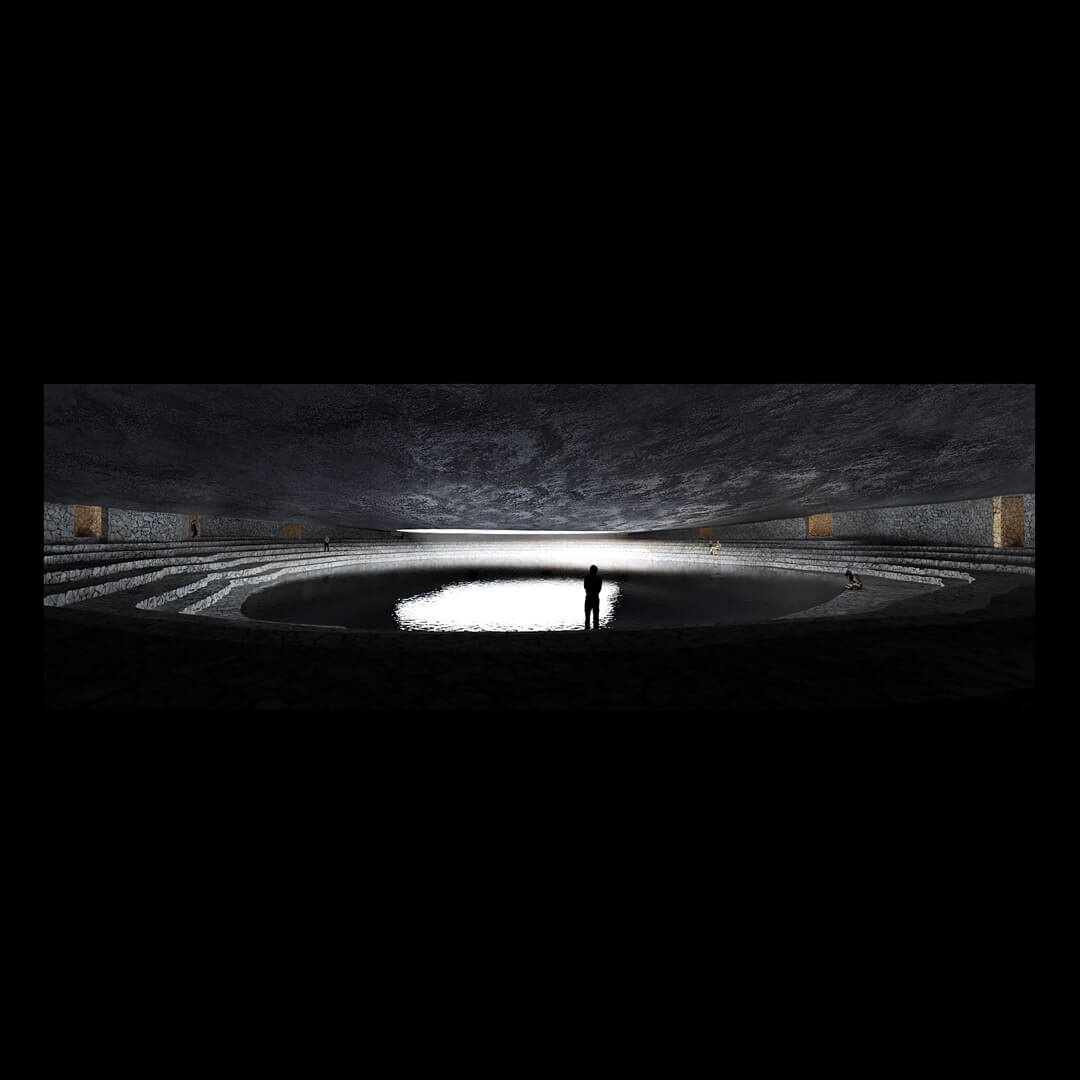 People will enter with some shyness underneath. Once inside, they will admire the large pool of water resting and gather around it. They will celebrate it, also celebrating themselves and their meeting, and when the day is over, they will seclude themselves on the periphery of the space that shelters them. Once there, they will go through the niches to rediscover the salt flats. From this new height, they will look at it with new eyes, they will admire its immensity. Their awareness of water and its persistence in memory will affect their perception of it. Perhaps for a brief moment they will know part of a whole.