The duality of the construction and the void is what structures the city and it is the value of the empty spaces that gives meaning to architecture. The ability of the system to create emptiness, to create transitions, visuals, spaces; makes it the ideal method to search for a lace of the cores in the place.

The building is constructed with a system of reinforced concrete bearing cores. These structural cores contain everything that is immovable thus freeing the space between them. This space becomes a fluid in constant movement creating a new flexible way of living. Here is the user who decides how he wants to live and what he needs to do it.
The system differs from a mesh to not follow a regular pattern and it is this essential characteristic that gives much more interest to architecture, since in this way the encounter with the urban empty is done in a much more natural way, with a correct scale. 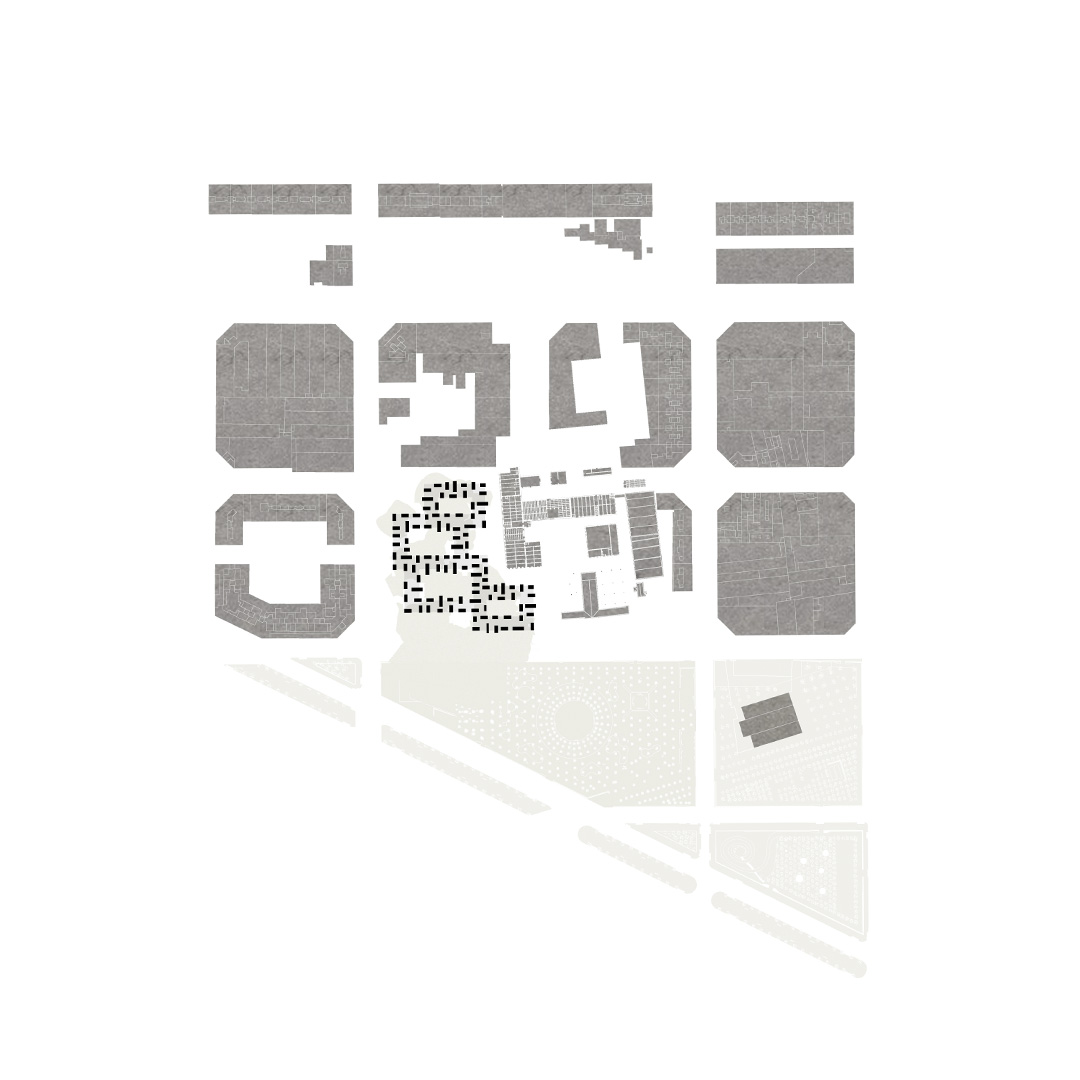 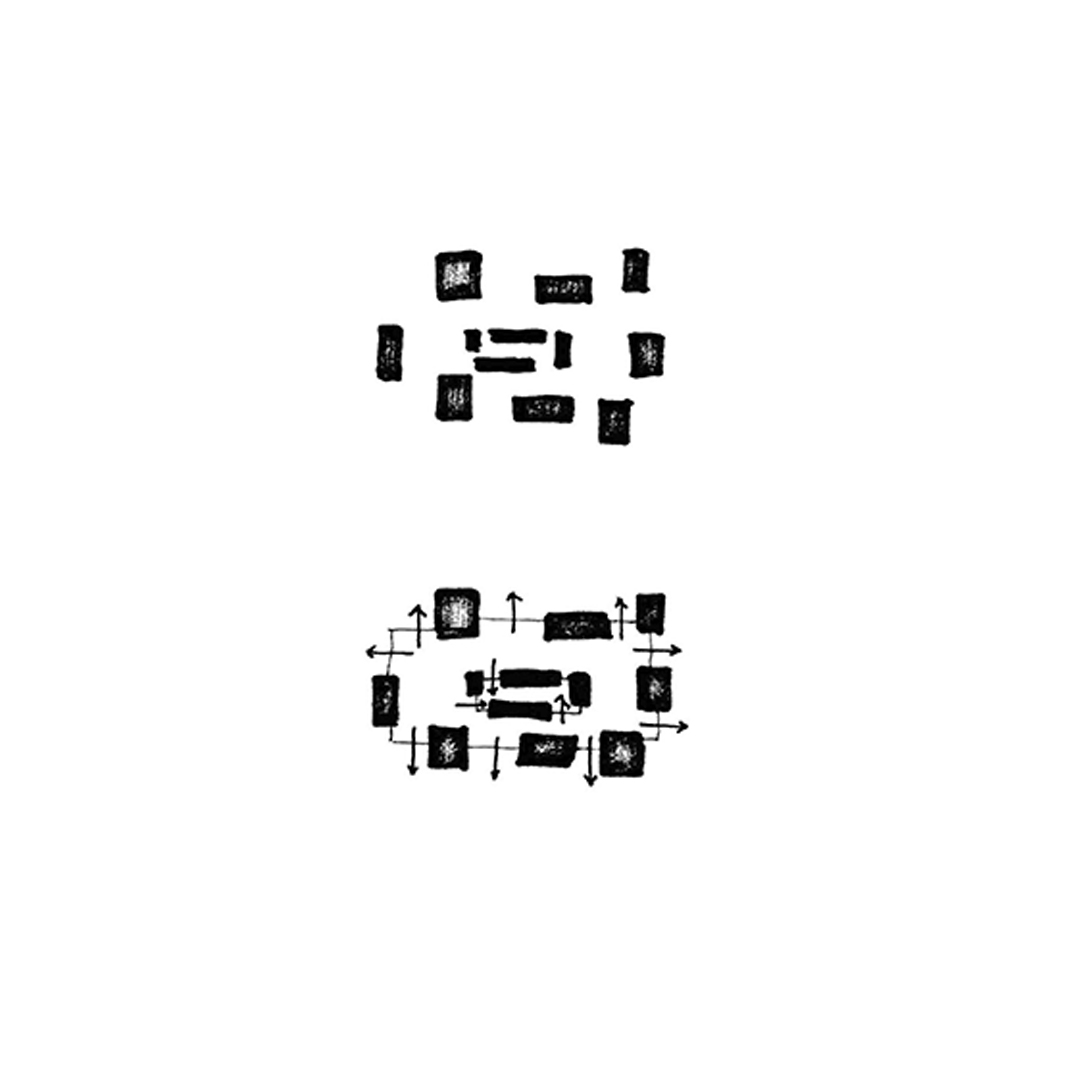 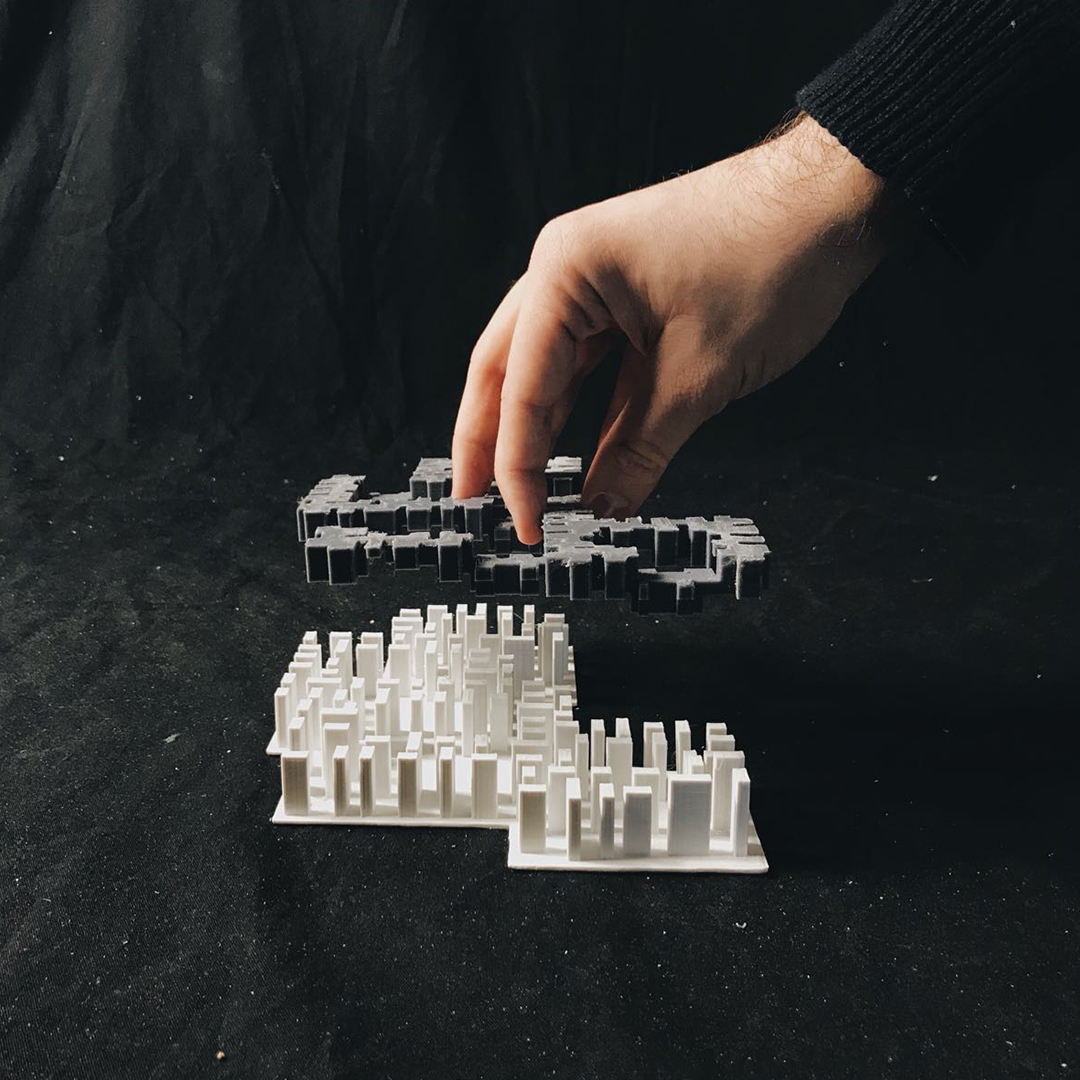 The abstract system is by itself a project that can be applied to any place, but this does not imply that each site does not force the system to adapt to it and to build space. The lace between Can Ricart and the Eixample is still unresolved and in this point of tension the system must respond to a series of premises such as good solar orientation, correct alignment with the Cerdà extension and non-interruption from the constellation of small squares of Can Ricart. The porosity of the system allows the passage through the building as a new threshold between the streets of the Eixample and the remains of Can Ricart. 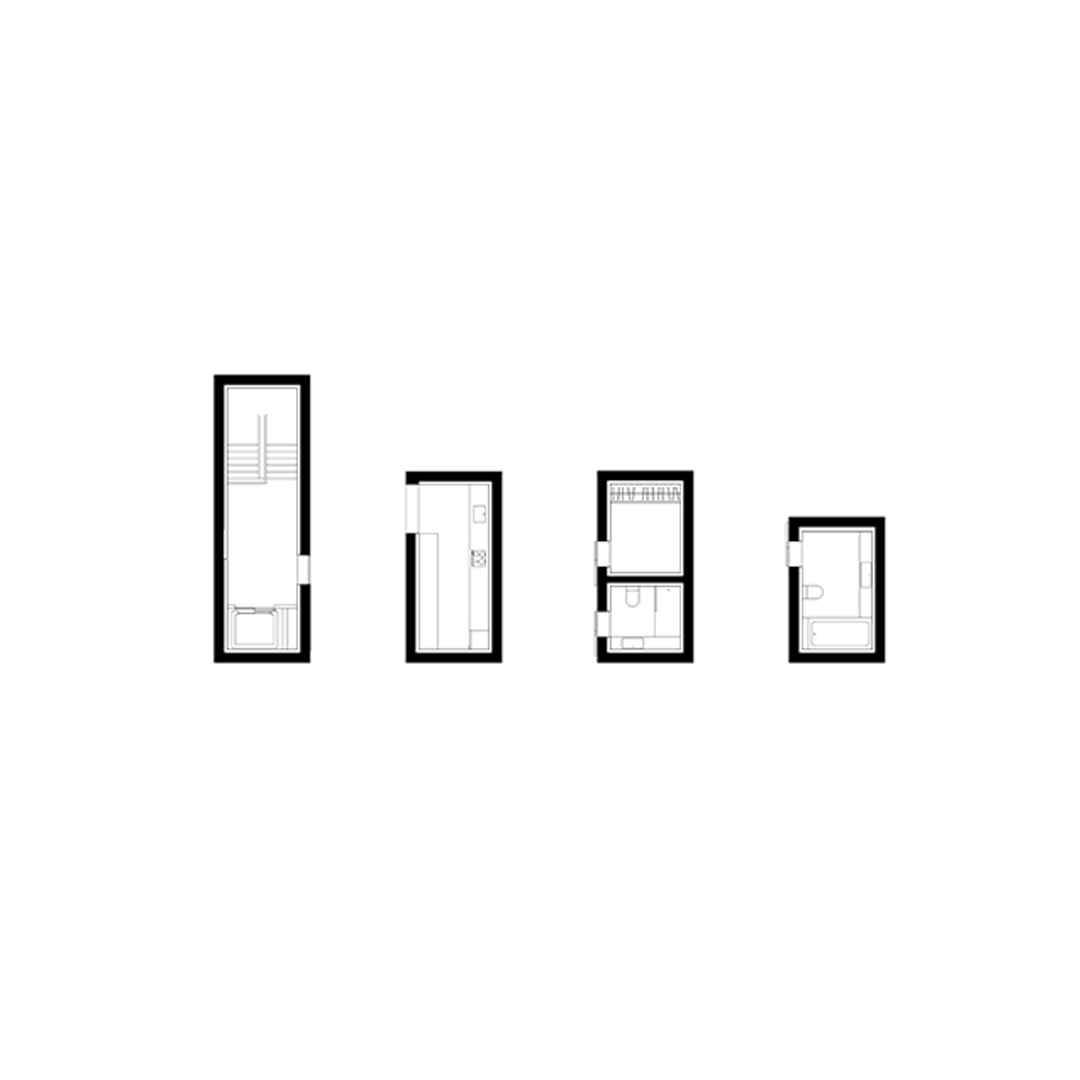 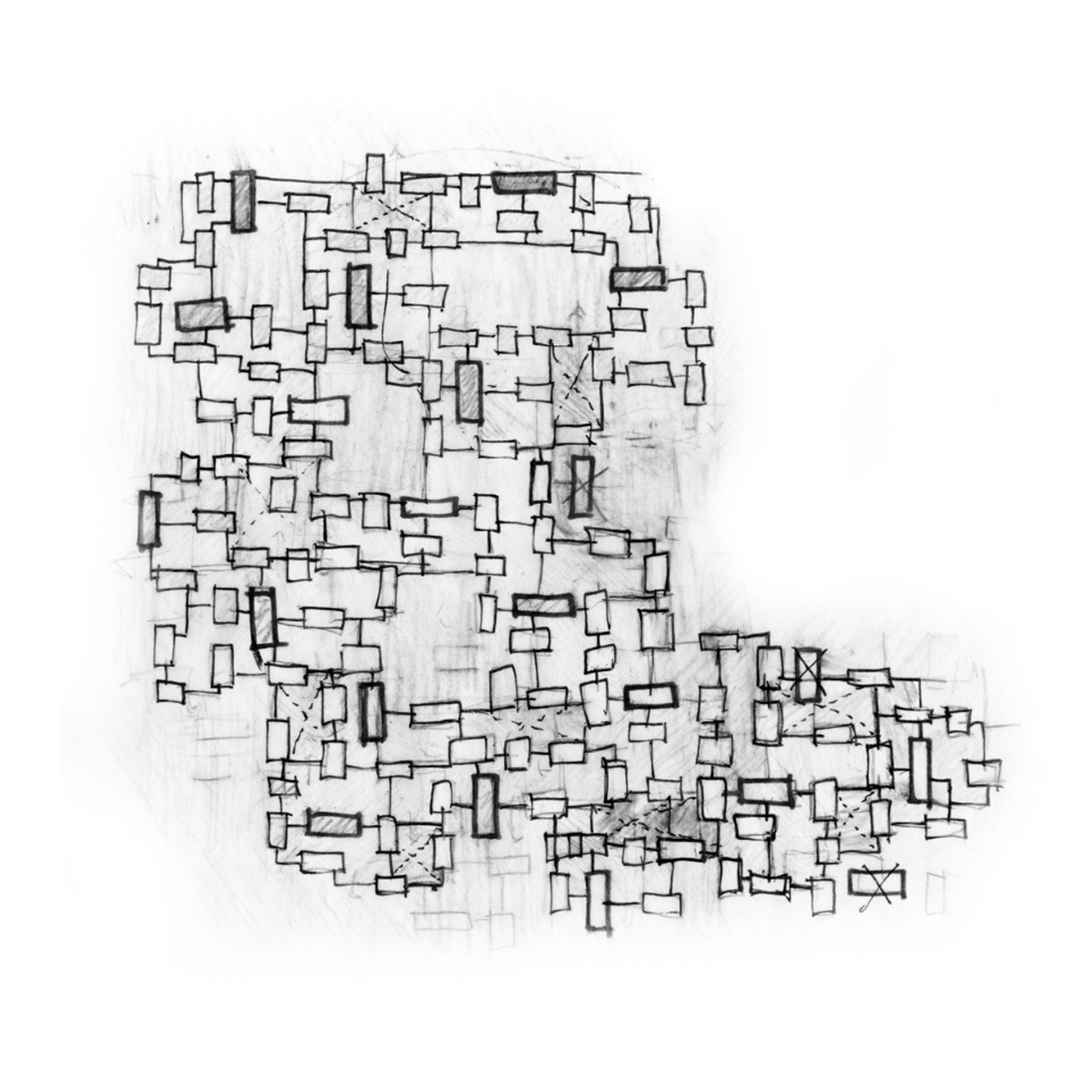 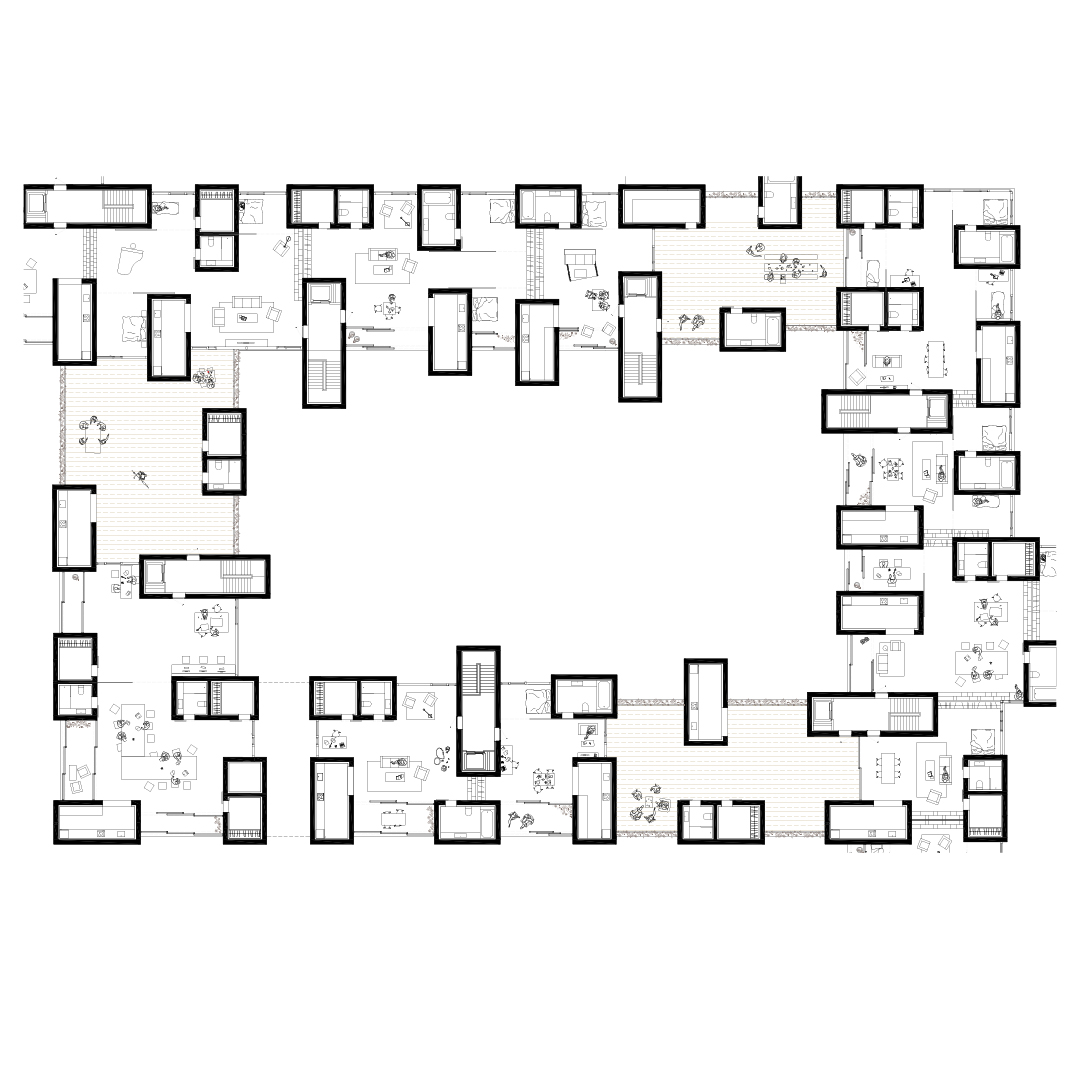 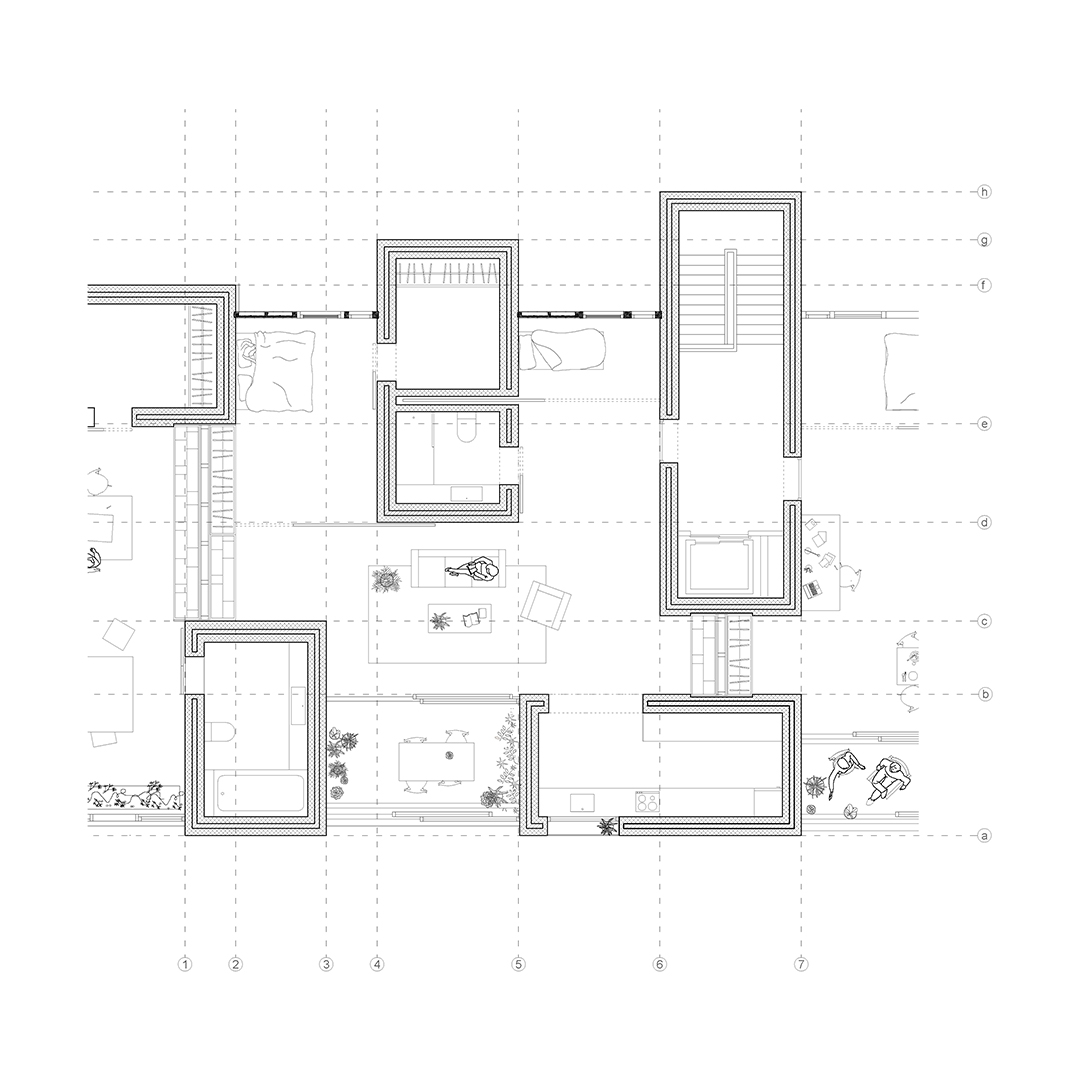 Once adapted to the site, the system is divided in the different homes. There is no fixed typology so that virtually all the houses are different in extension and features thus maintaining the idea of fluid and changing space. The compartmentalisation between houses is not permanent and it is this ephemeral condition that allows a great variability in the time of the building that can ultimately achieve a completely different interior distribution and what is more important, more beneficial for the user. In the same way that the interior space is variable, the section is changing. The irregularity of the ground floor is transmitted to the other plants by means of double and triple heights, great street passages and a great variability of situations that give lightness to the building and avoid the monotony of its heavy architecture and its rhythms forceful verticals. 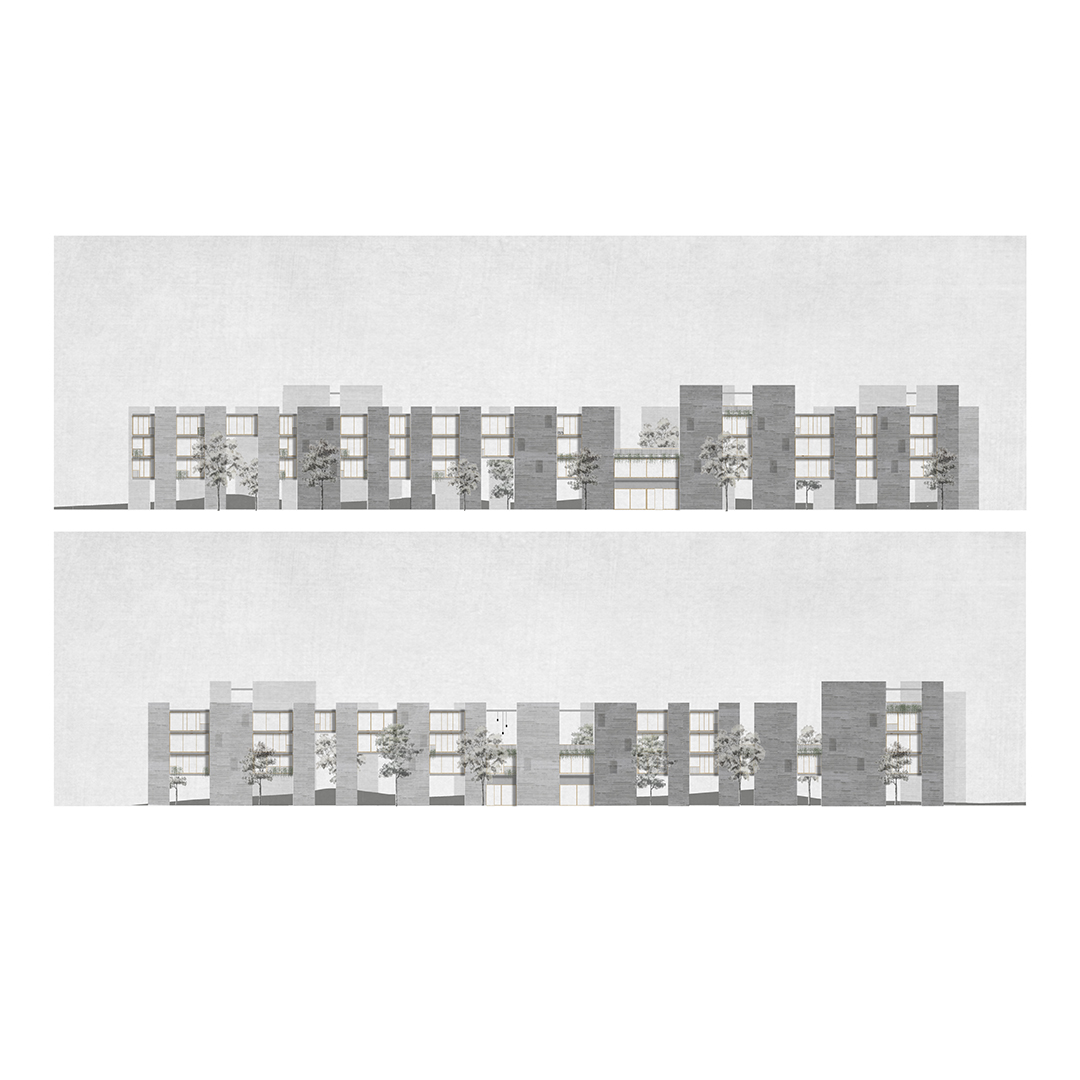 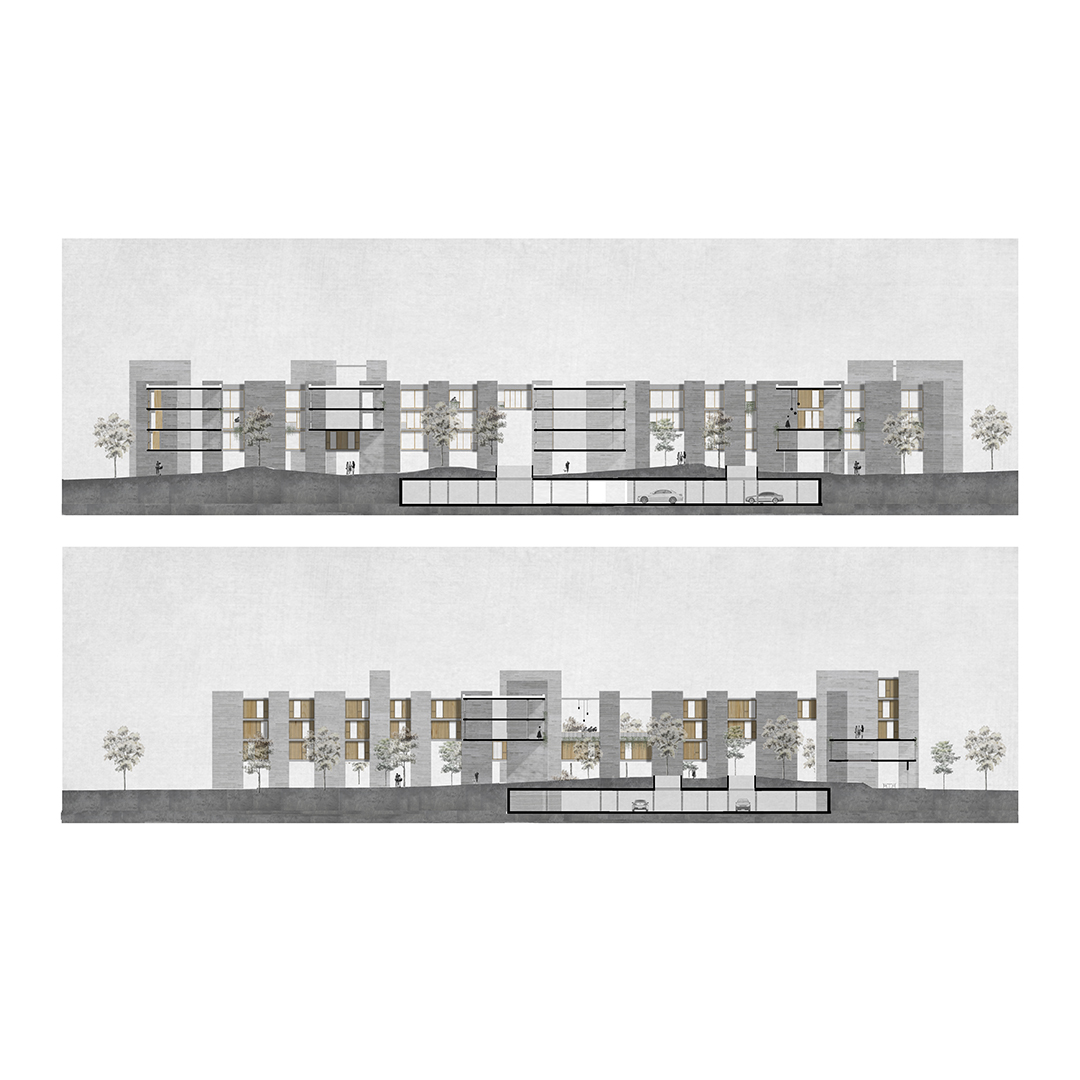 The building, as a continuation of the Jean Nouvel park, is placed on topography. A green blanket that creates new ground-breaking activities in the neighbourhood on the ground floor. The cores which on the upper floors were the place for everything unmovable are multipurpose spaces that create activity and return to Can Ricart their spirit of place of creation and refuge of artists and craftsmen. 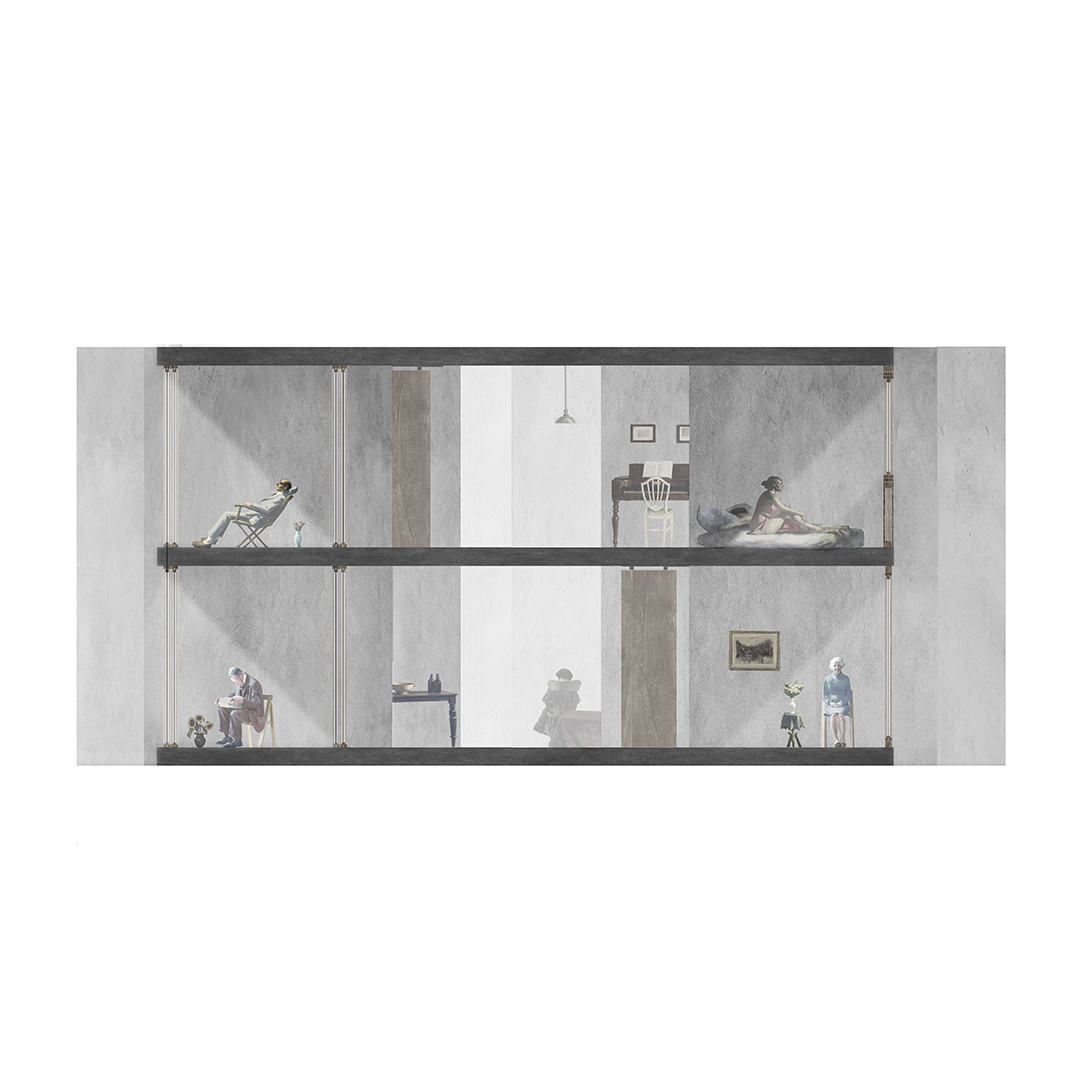 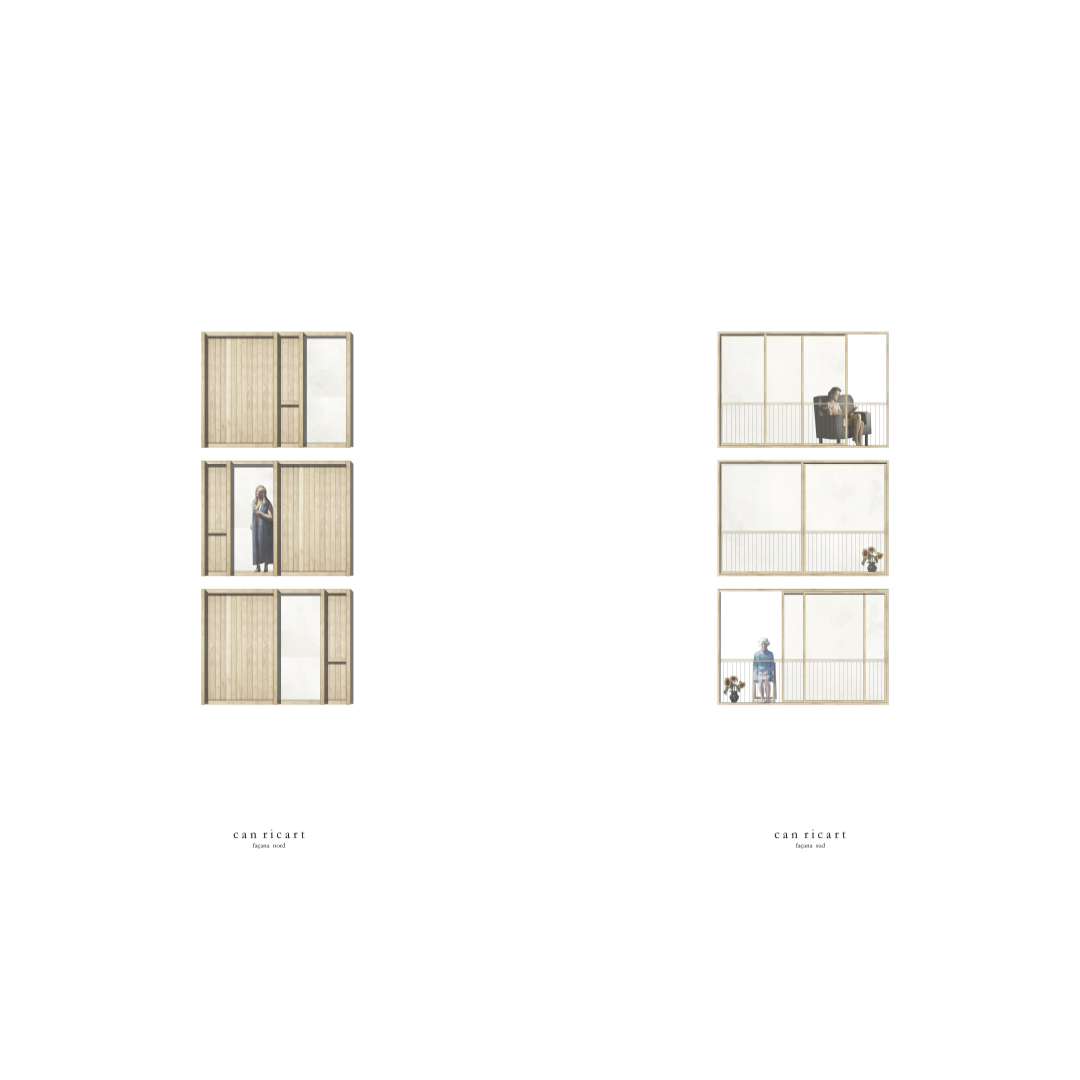 The topography of the ground floor pushes the urban plans of encounter upwards creating on the second floor of the building a series of public spaces accessible from the cores that serve as a meeting place and leisure for the neighbours of the the building. These common spaces are all different thus giving them their own identity and bringing about a variety of activities.
Good orientation to the sun was already advancing as one of the premises of the system. The Mediterranean climate can not be ignored by the building and for that reason the system responds to the orientation with two types of facade. The sun-facing facade is always a gallery. An expansion of the air chamber between the windows that gives the home the possibility of having a terrace in summer and the possibility of capturing solar radiation in winter. The facades facing north greatly reduce the amount of glass in contact with the outside to avoid excessive losses of heat in winter.