Beyond trying to improve an obsolete educational system, the intention of the proposal is to question the educational structure itself. For this, three fundamental principles are proposed that will guide the new idea of ​​education: Curiosity, Creativity, and Interhuman Connection. 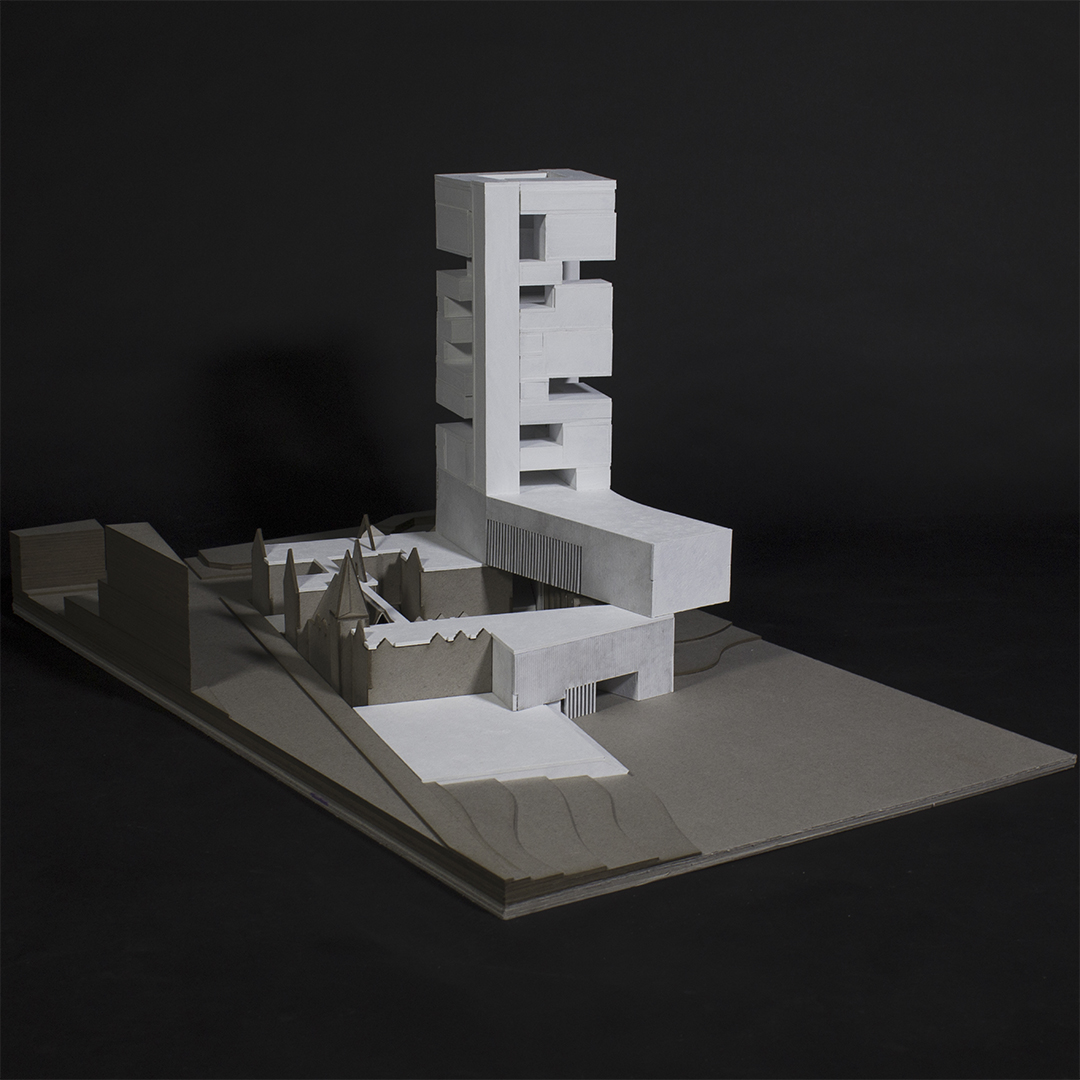 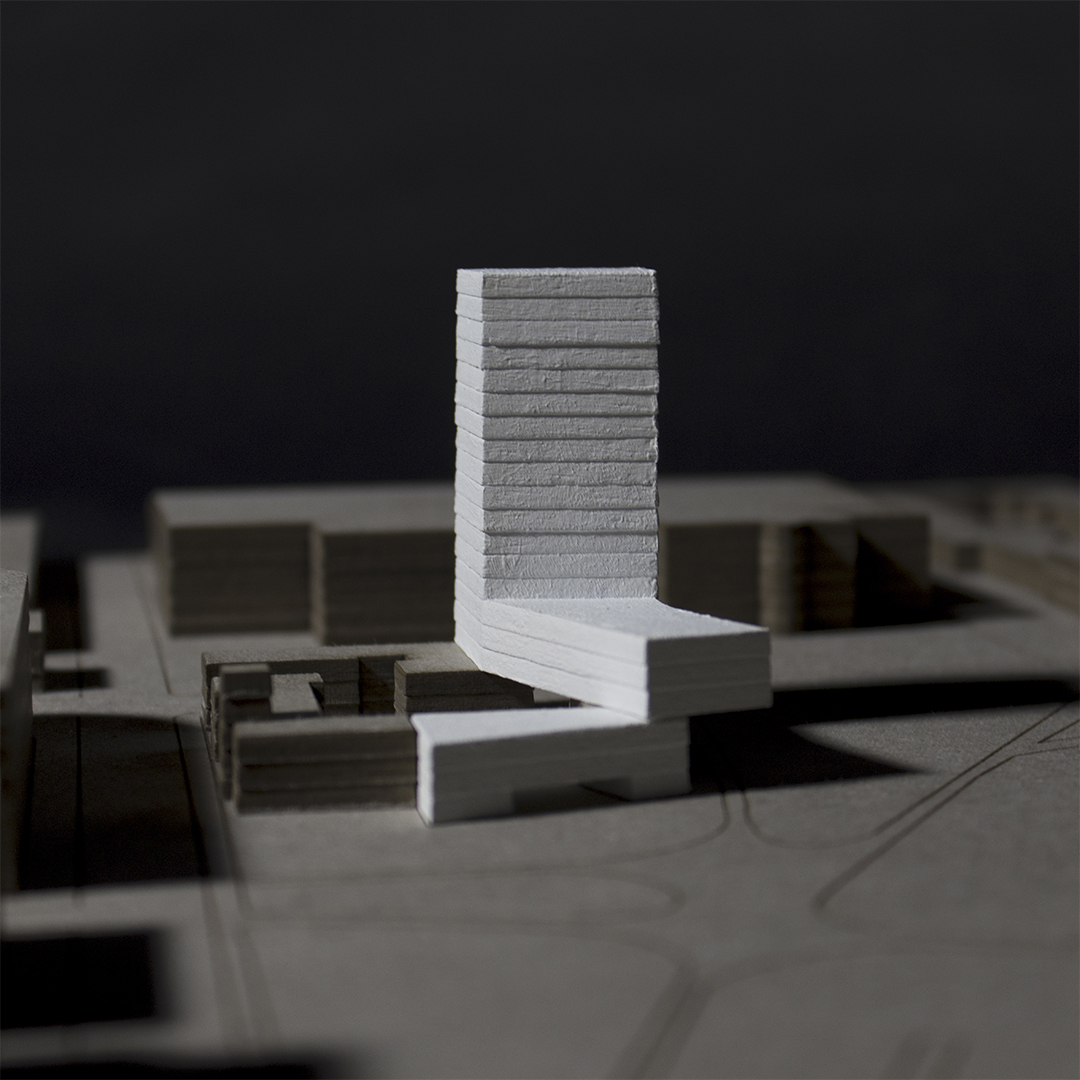 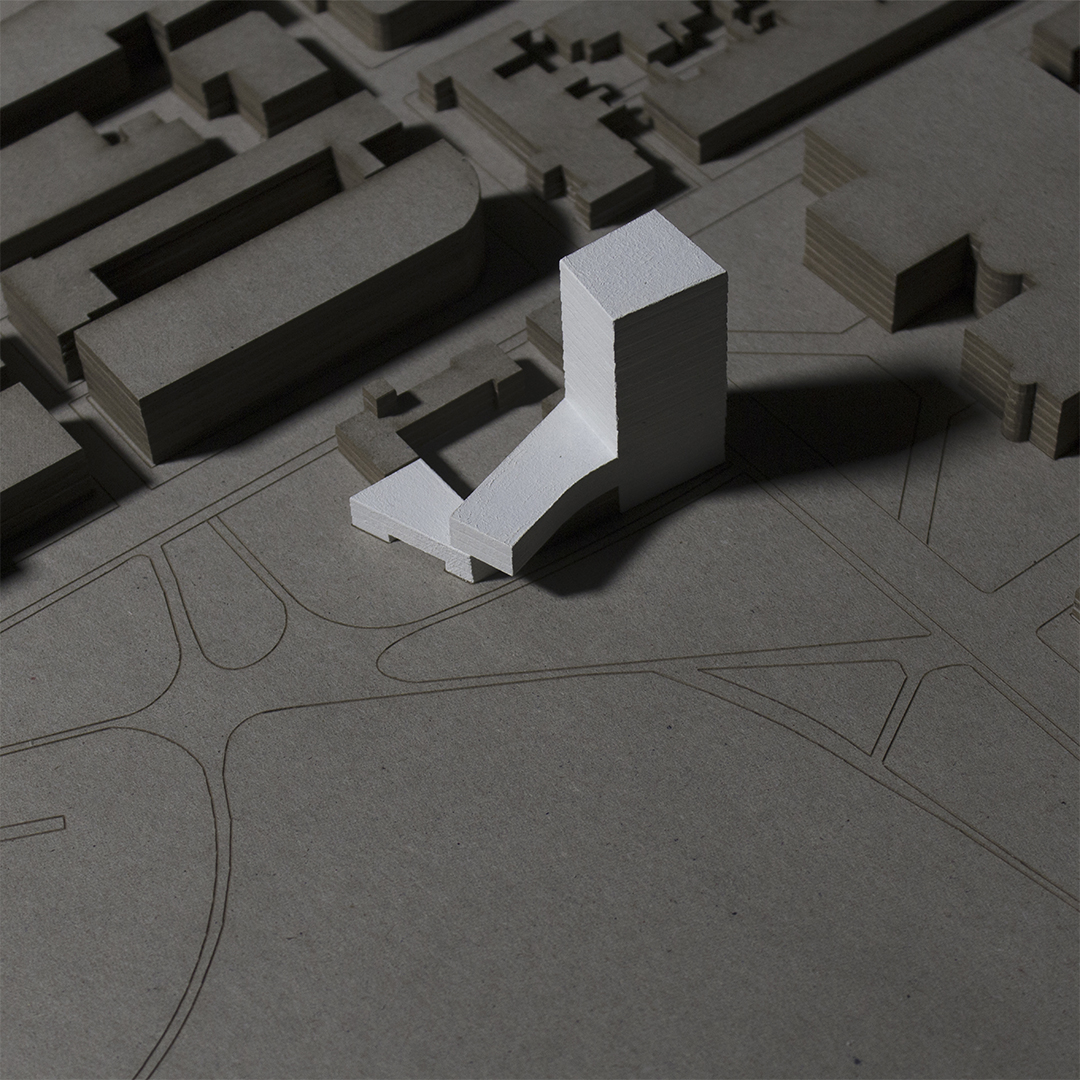 These five competencies are tremendously interdependent, creating the essence of the spatial proposal. This educational approach advocates for self-development, giving students the opportunity to freely create their own path. Each educational cycle is made up of an objective-based system (the student establishes a series of goals to be completed during the school year), thus opening the doors to a more inclusive educational approach. The interdependence of these five competencies requires a clear connection and a balanced spatial organization while maintaining their important unique spaces. The connecting space between the single-use classrooms becomes an enriching heart for the project, providing an invitation for collaboration and the acquisition of space by the students. 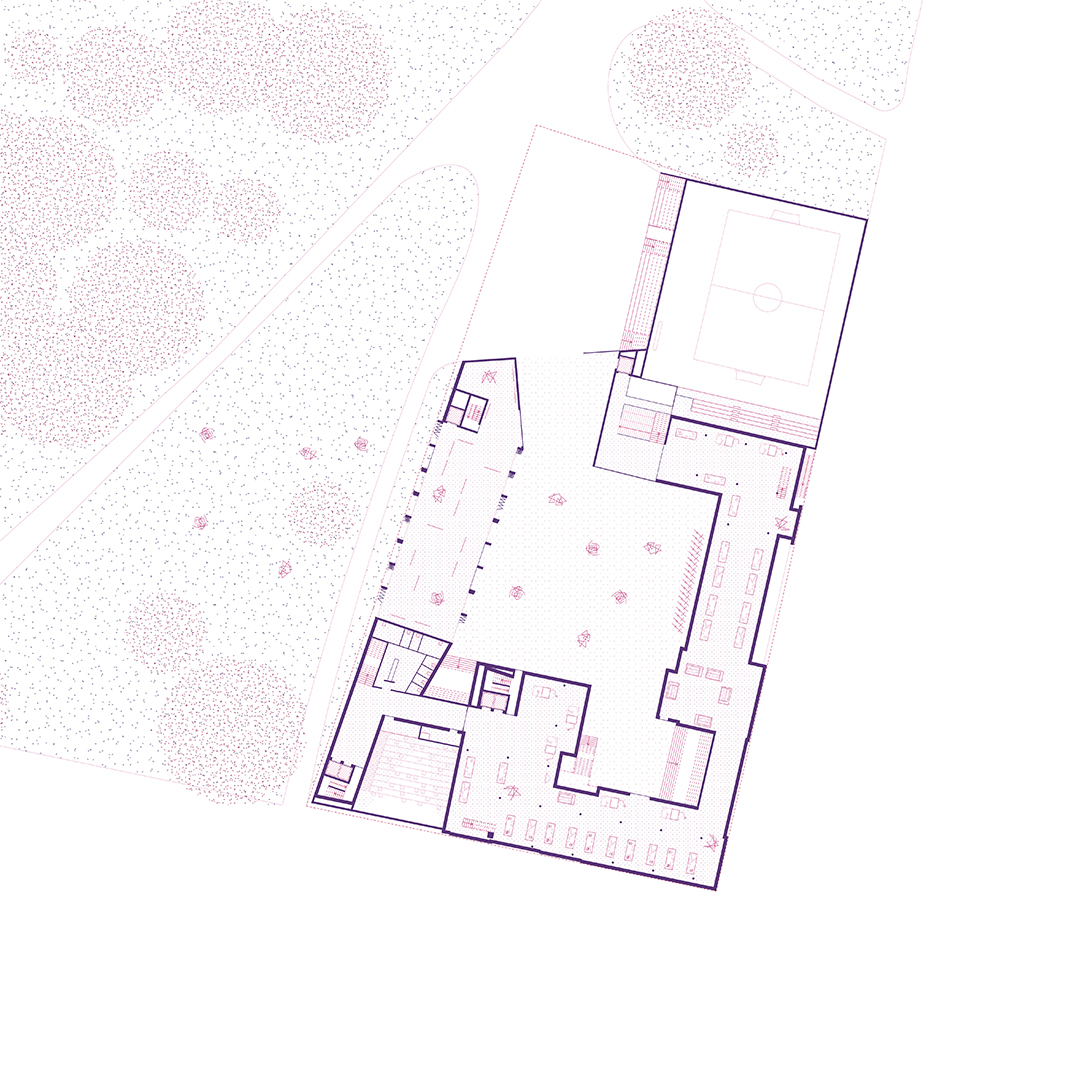 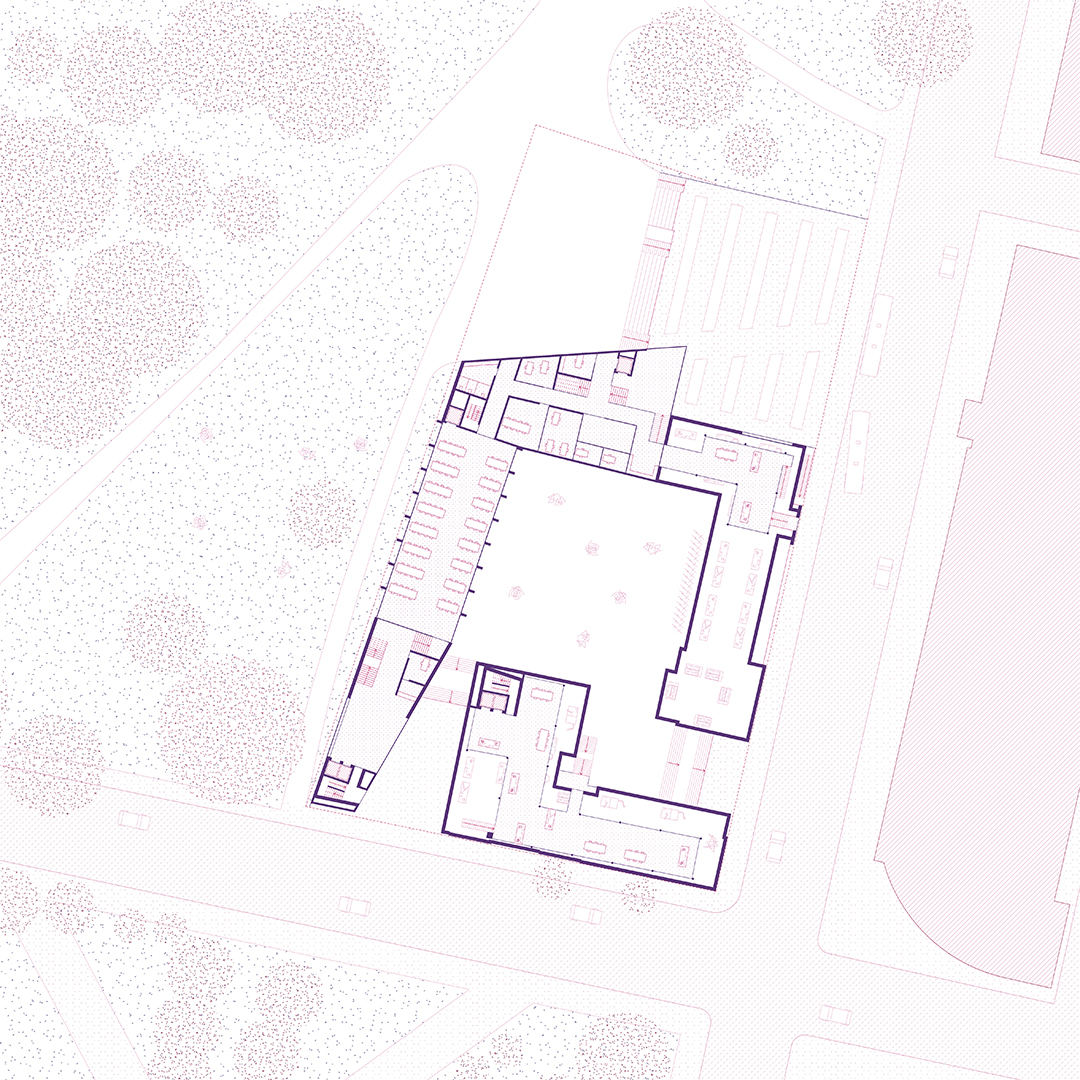 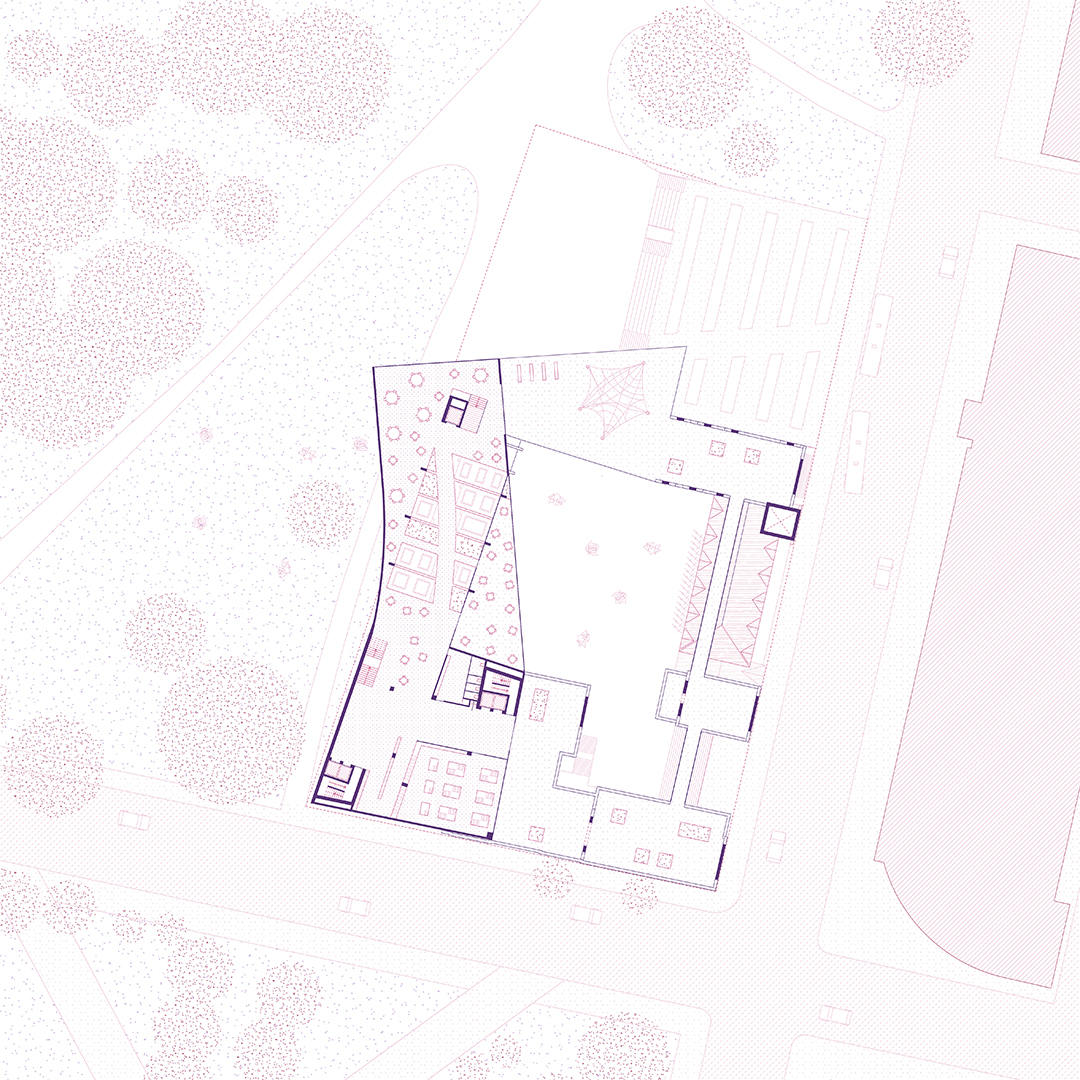 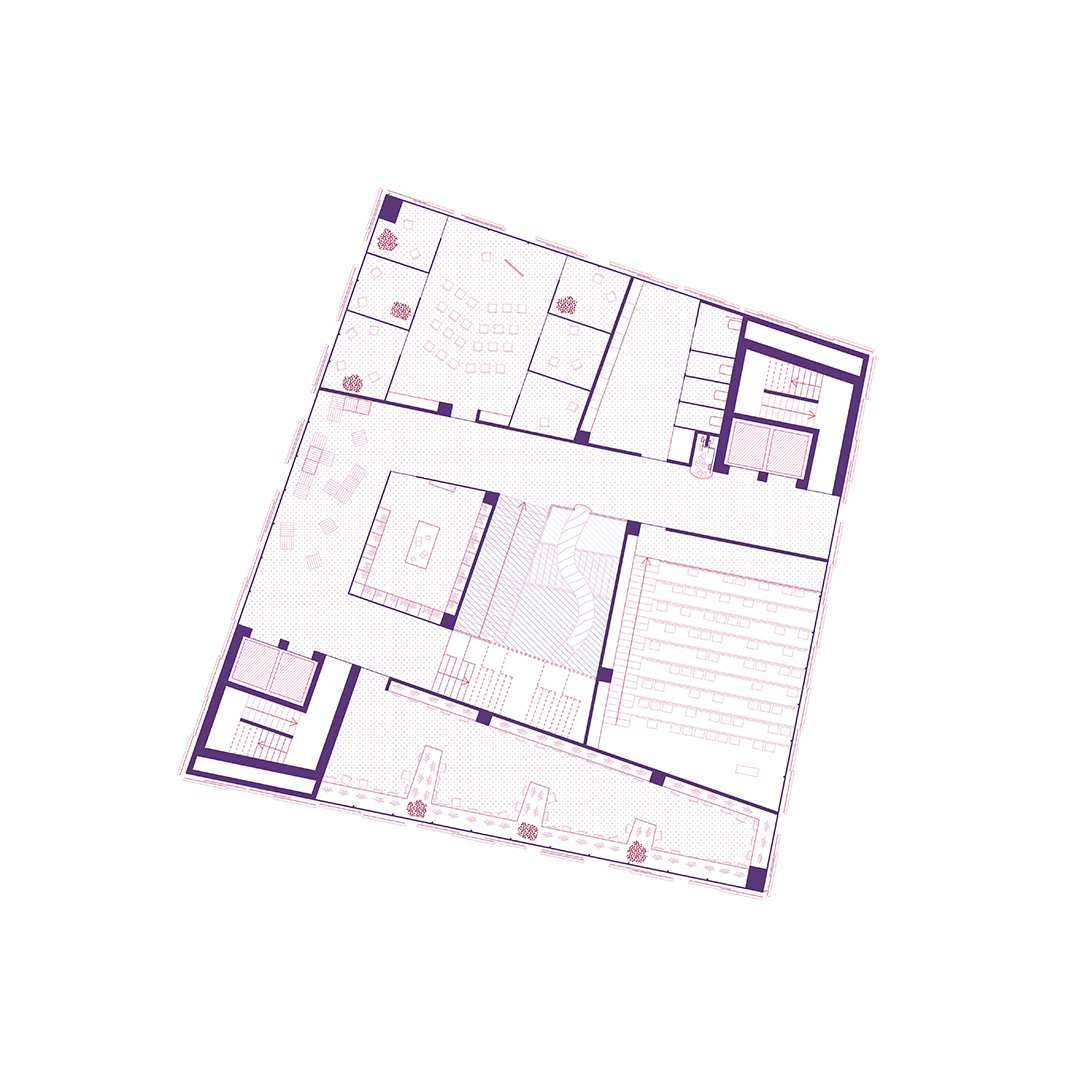 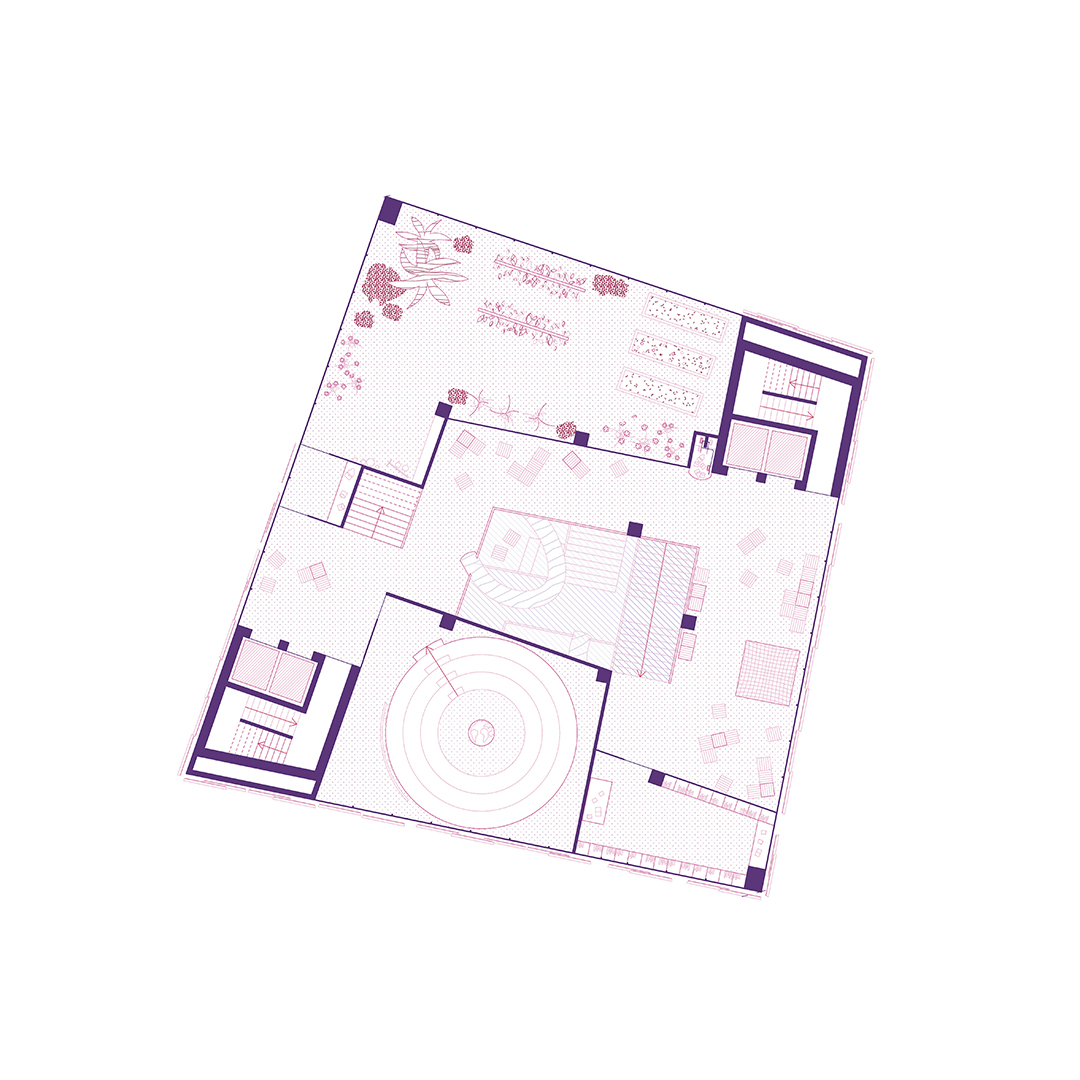 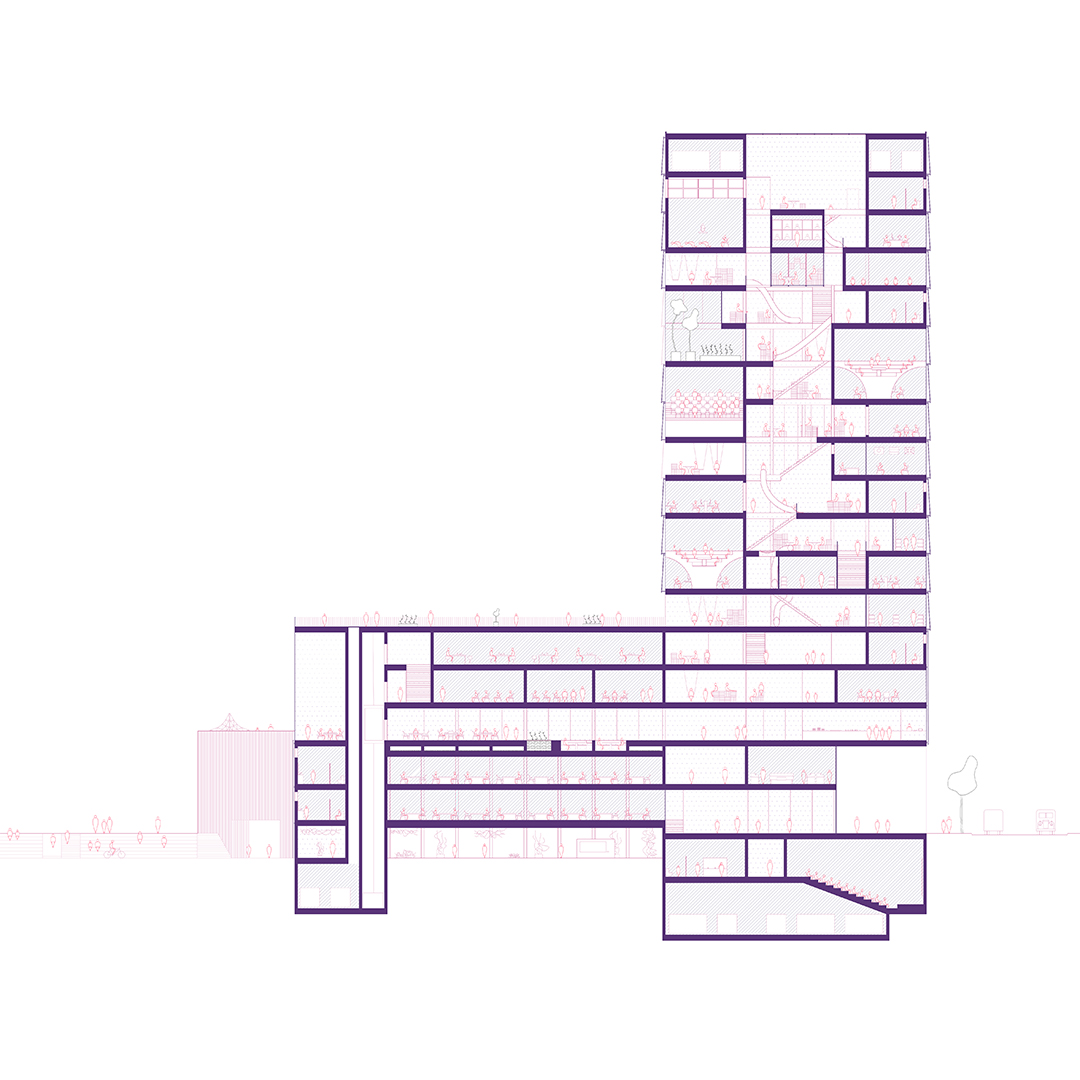 The spatial and historical context of the existing buildings opens the possibility of combining a diversity of architectural styles within the same school complex. In this great spatial variety we find significant support for our approach. The removal of the sloping roofs from the existing buildings allows the creation of a park / patio at that height, allowing for better public integration on the ground floor. The interior of the protected buildings becomes creative workshops shared between students and neighbors, connecting students with members of the community in which the school is located. The existing brutalist structure serves as the basis for the suspension of open studios inside. 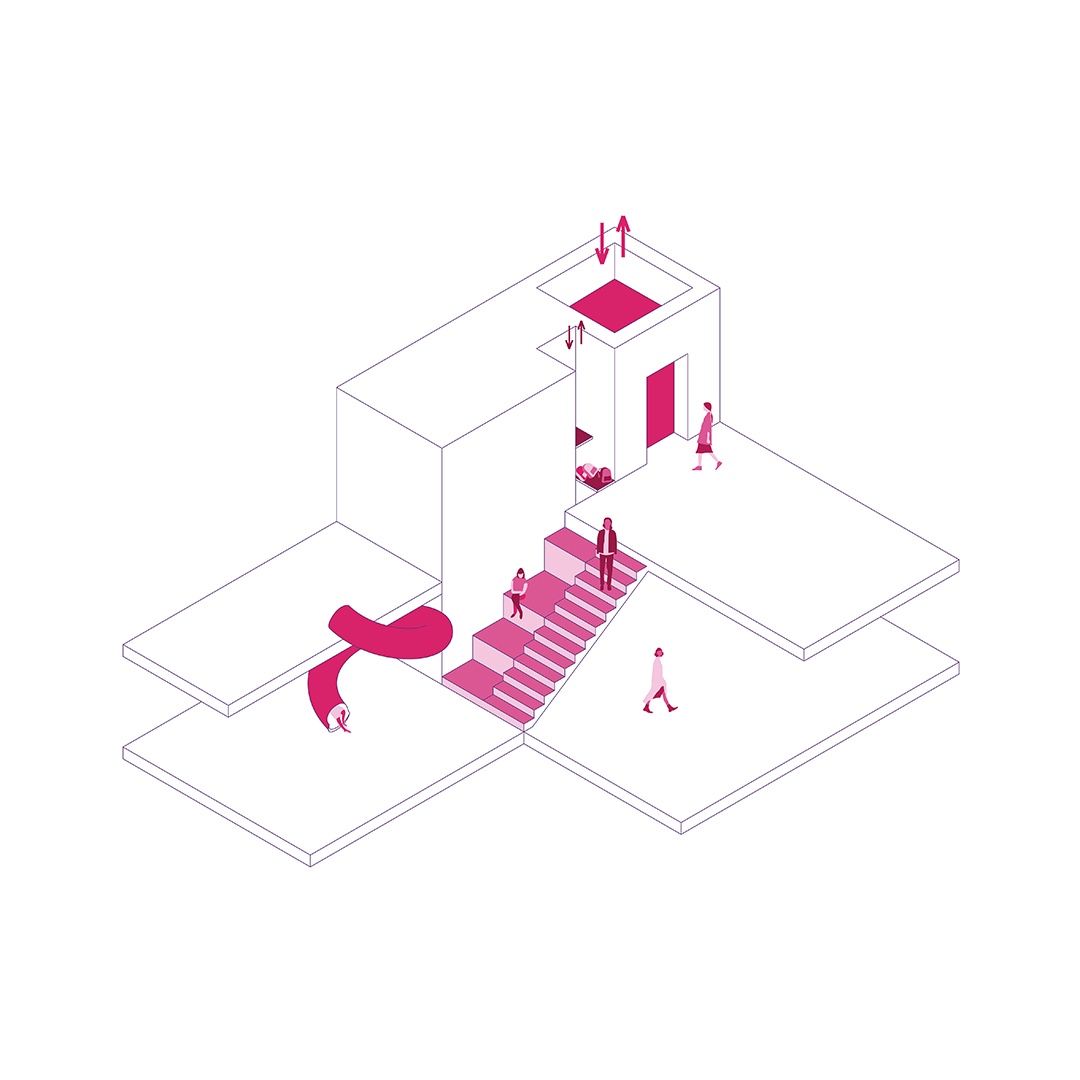 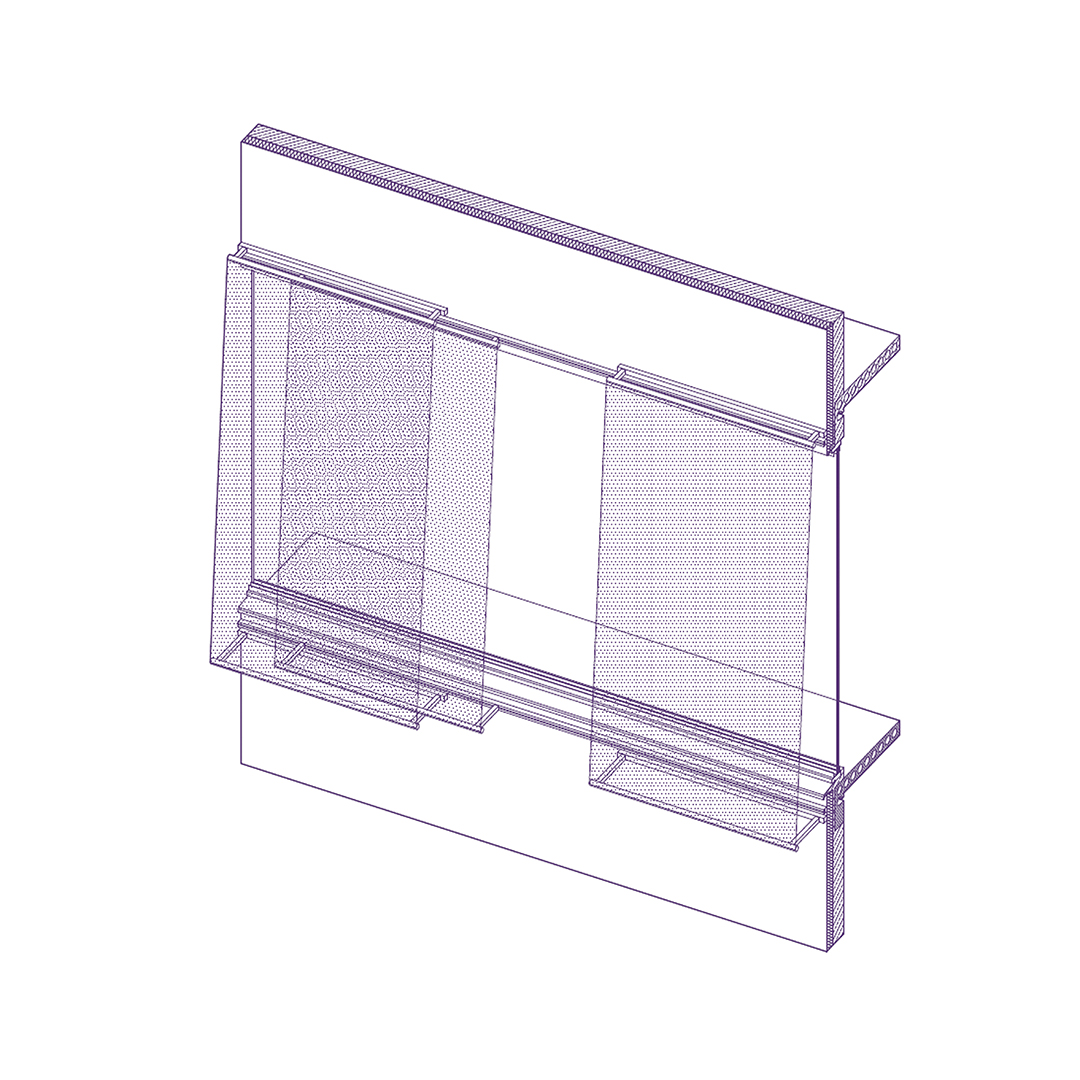 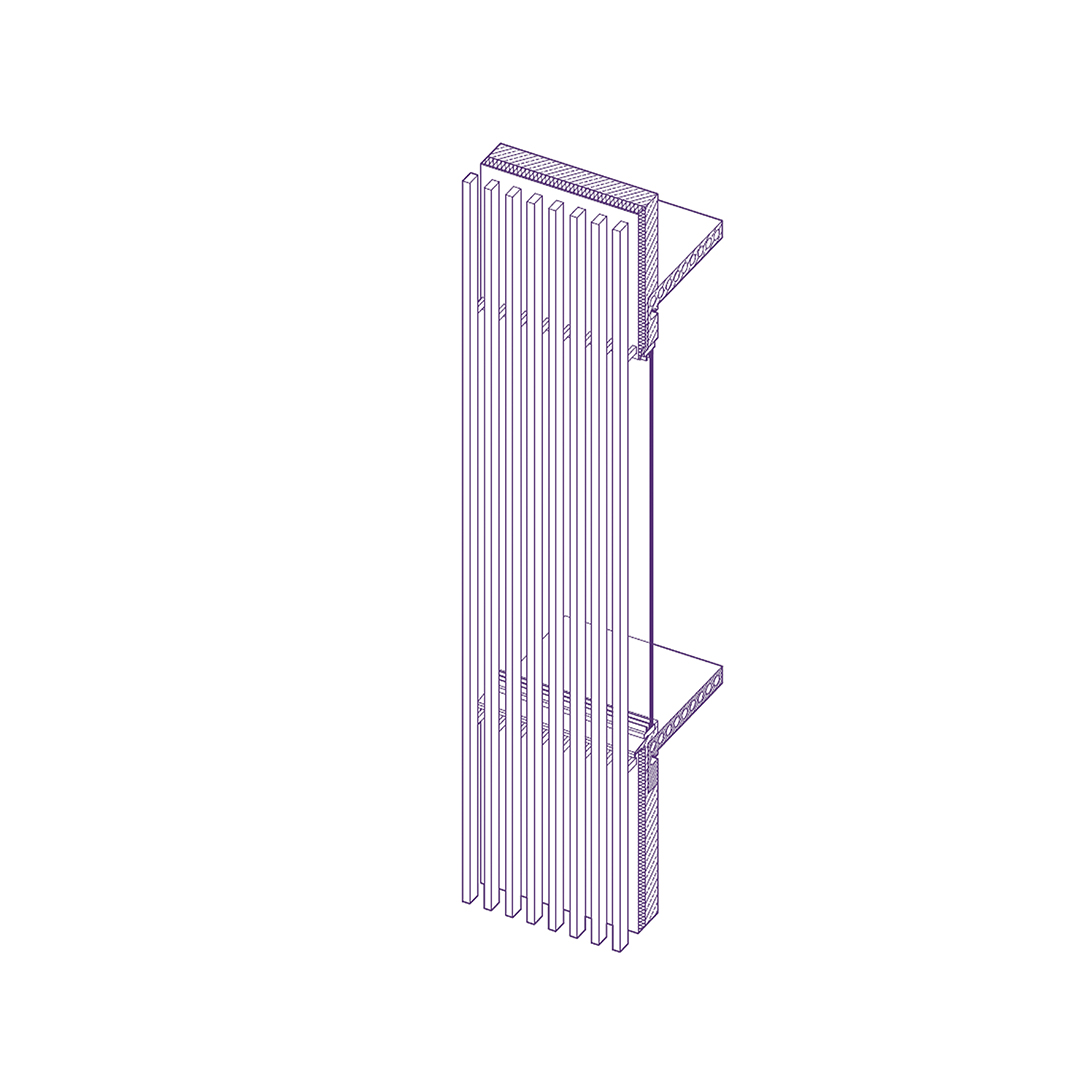 Equally important to our concept is the circulation strategy. The level at the height of the park is completely open to the public, placing the main entrances to the building in the lower part of the tower and on the roof of the underground gymnasium. Inside the tower, an atrium provides open circulation through a collaborative space. There are four elements that allow circulation and, thus, the enjoyment of spatial discovery: two rapid circulation nuclei at the corners of the tower with elevators and evacuation stairs, facilitating rapid movement; Multifunctional stairs in the atrium, creating a collaborative space; A slide system provides a fun way to get down quickly, while a backpack lift makes the climb much easier. 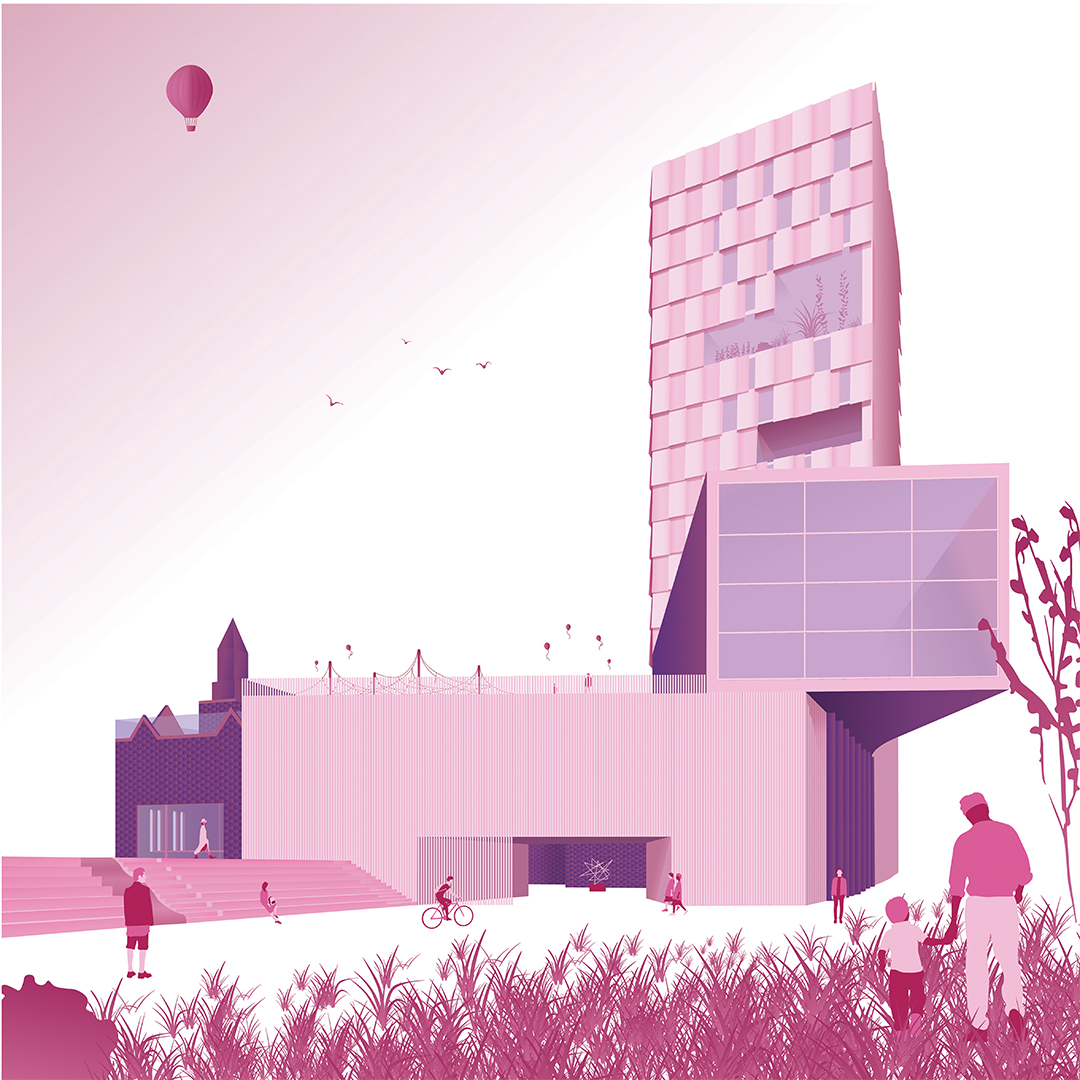 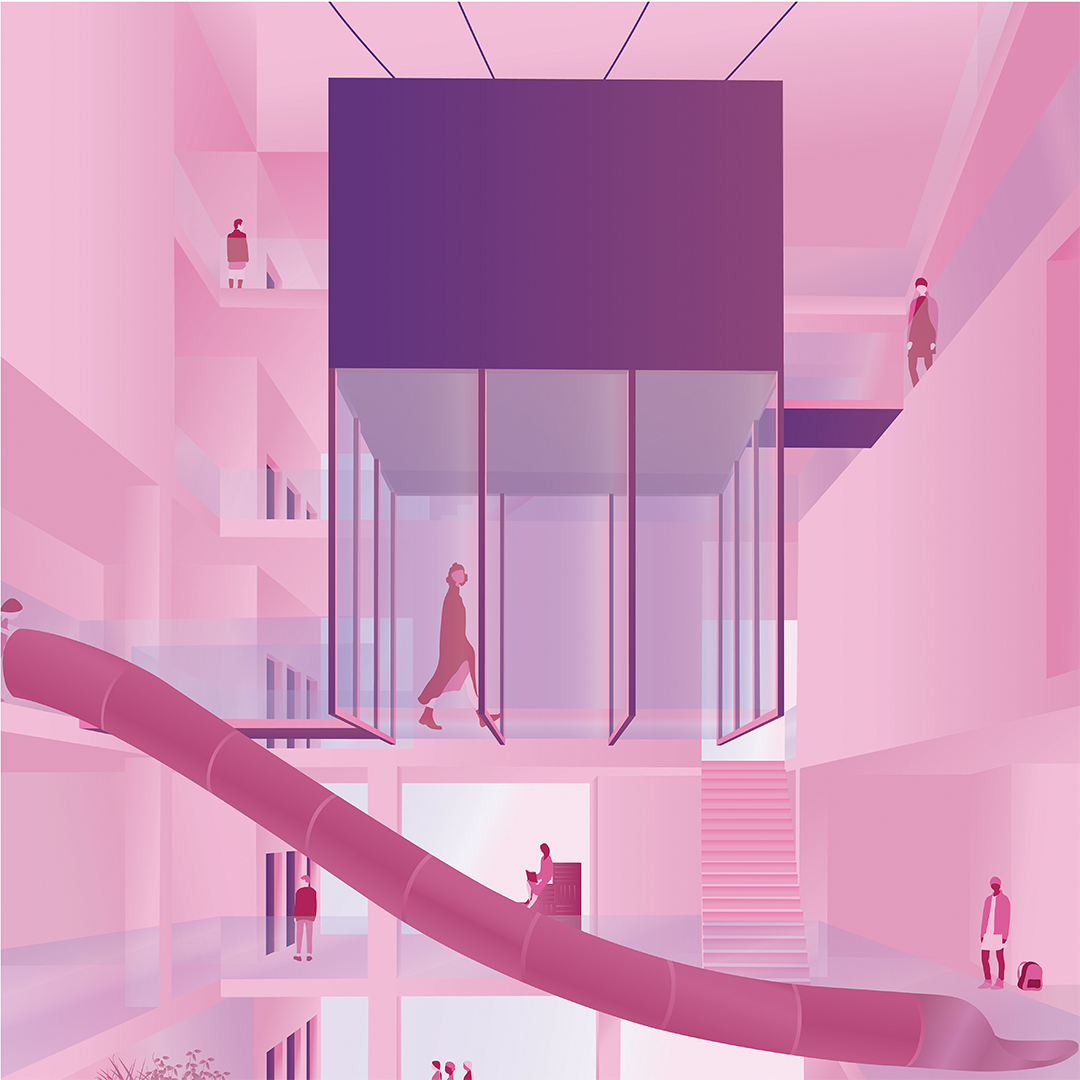 To enhance the importance of curiosity, the façade functions as a protective skin for the school, revealing certain moments and protecting others, and acting as a portal between the school and the outside world. A facade of vertical wooden slats provides both visual and solar protection. A second type of facade is used on the higher levels, allowing a modular organization in the interior space while mimicking its performative aspect. Thus, a series of configurable and mobile panels made of translucent fiberglass surround the building as if it were a veil, creating openings, in accordance with the interior program.