A train station for Xi’an can be piece of stone, like a brick pulled from out of the city walls. A building of no time period may converse with the dynasties of the past and the citizens of the present. 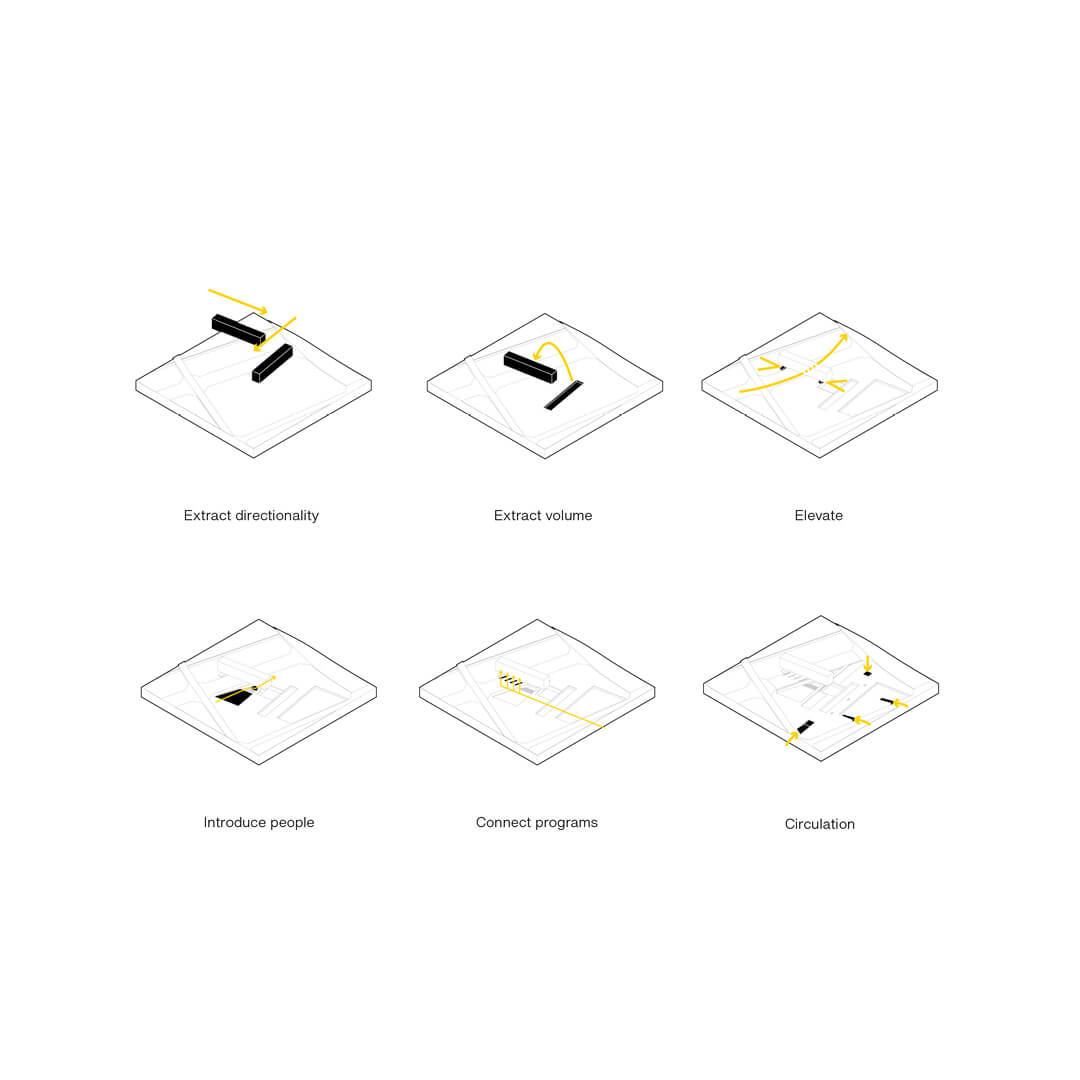 In an age of rapid consumption, where yearning for technological growth and efficiency have become dogmatic, we fall easily to the distraction of internalizing a perceptive societal progress. The now, is rather a time to reflect upon the past, the surroundings in history and the elements of a previous age. We are but primitive beings accustomed to seemingly advanced methods of building. The complexity of the human should be separated by their technological counterpart, for history holds the complexity of the behavioral fingerprint of the human. We must resort to the timeless elements; earth and stone for they were once the symbols of travel. Humans once used large stones as marks of traveled areas, Xi’an train station can now become a place to arrive as part of a discourse with the symbols of our ancestors. A train station for Xi’an can be piece of stone, like a brick pulled from out of the city walls. A building of no time period may converse with the dynasties of the past and the citizens of the present. A place where time will reverberate consistent echoes, one that can be understood by our ancestors; a monument for the landscape, a destination for the departed, and a dialogue with the past. 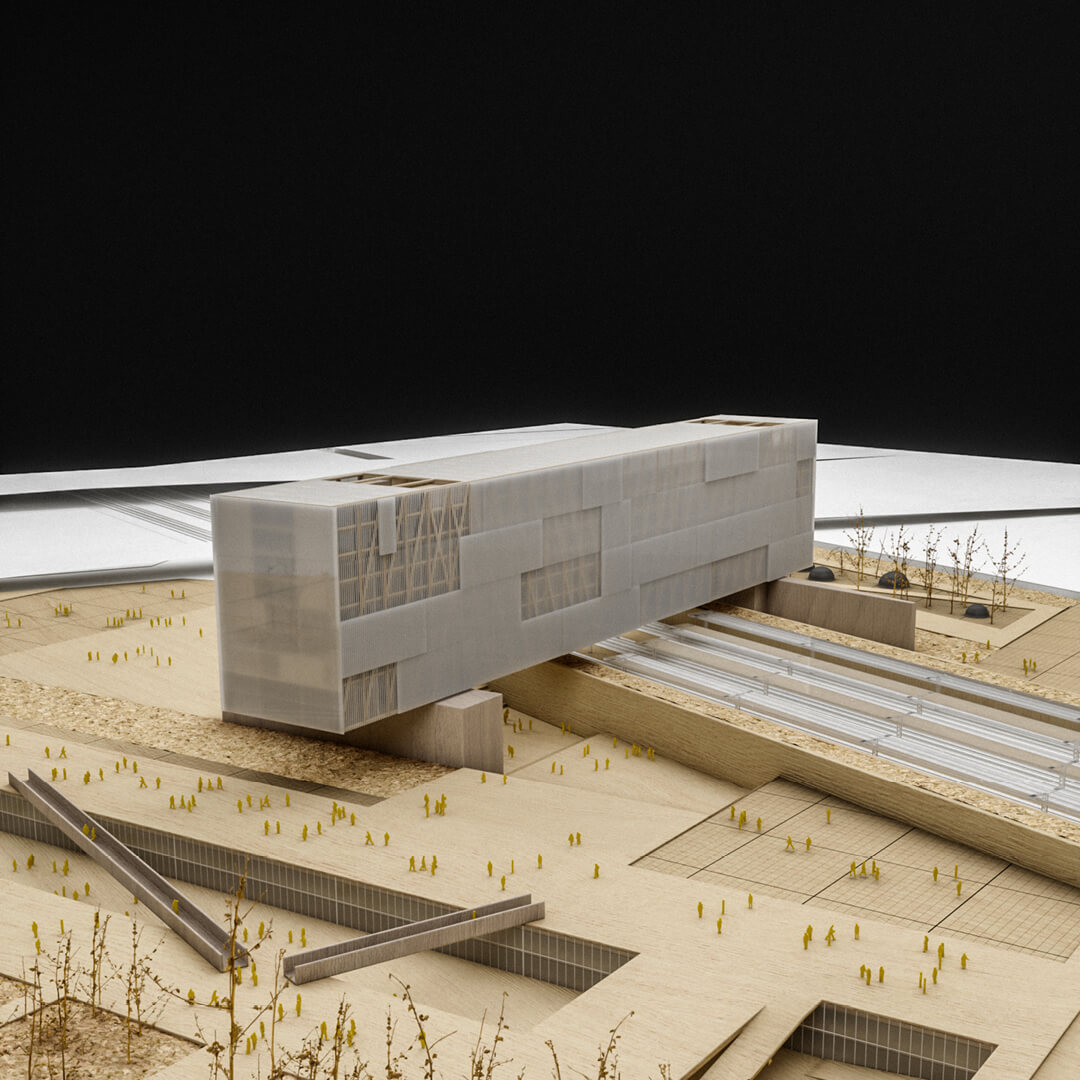 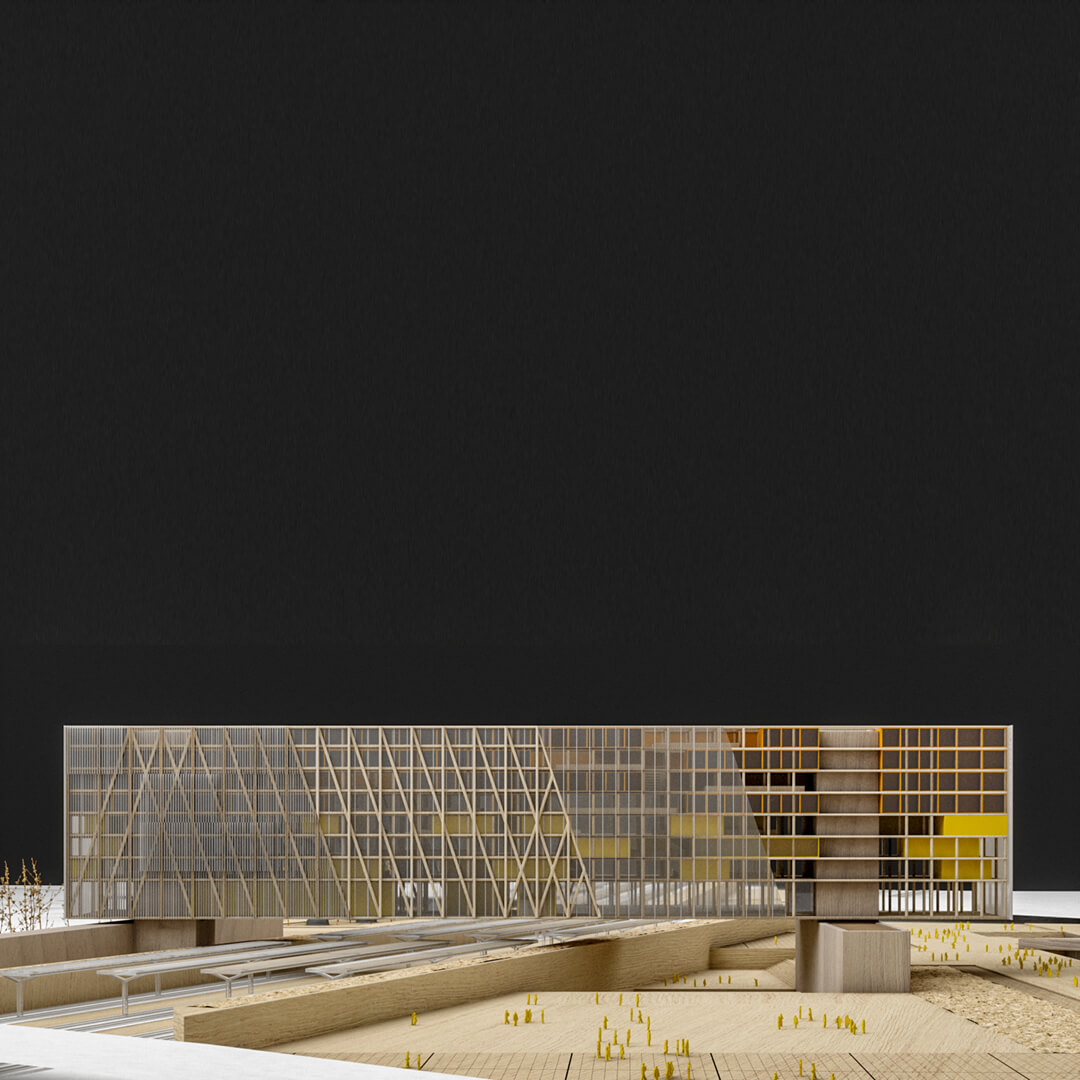 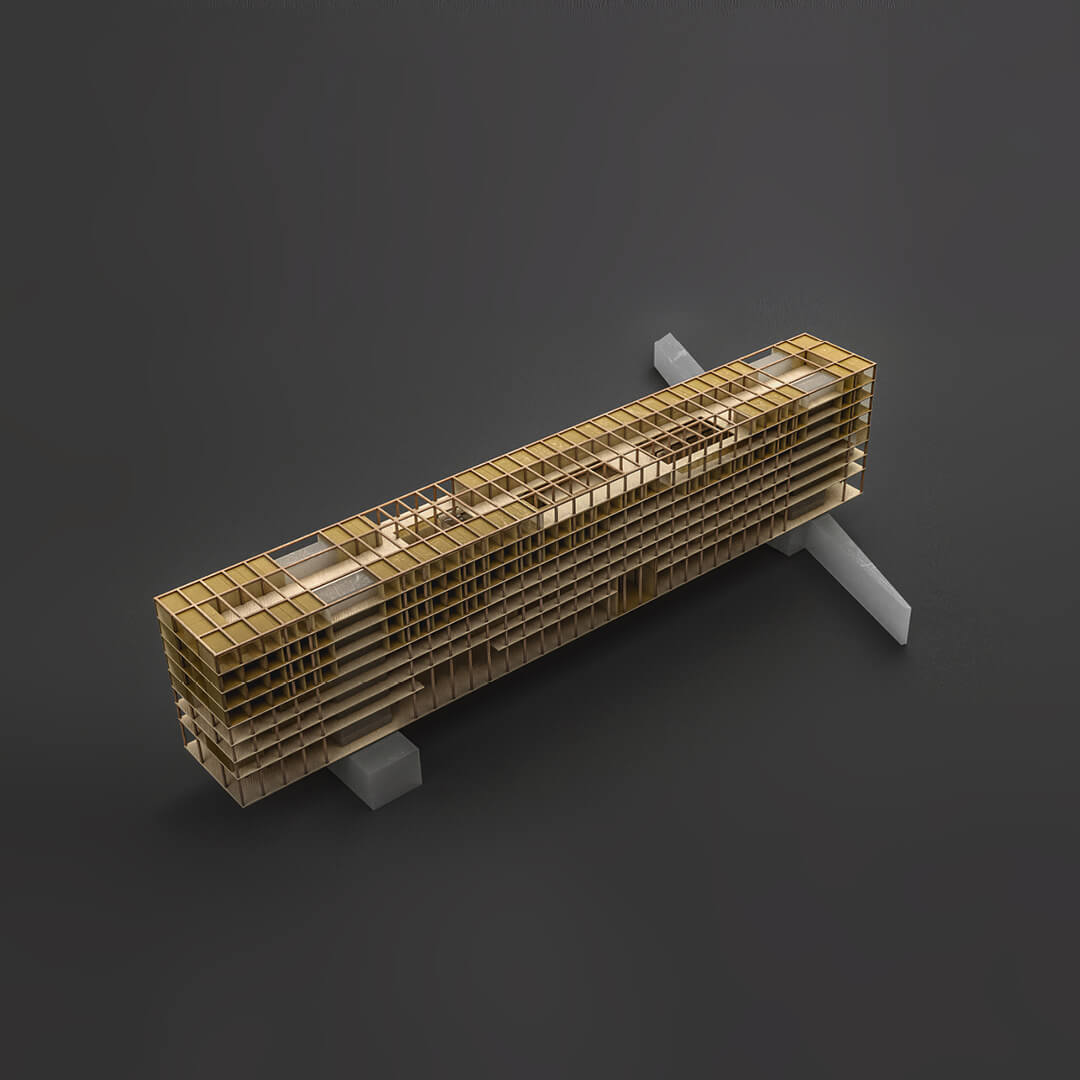 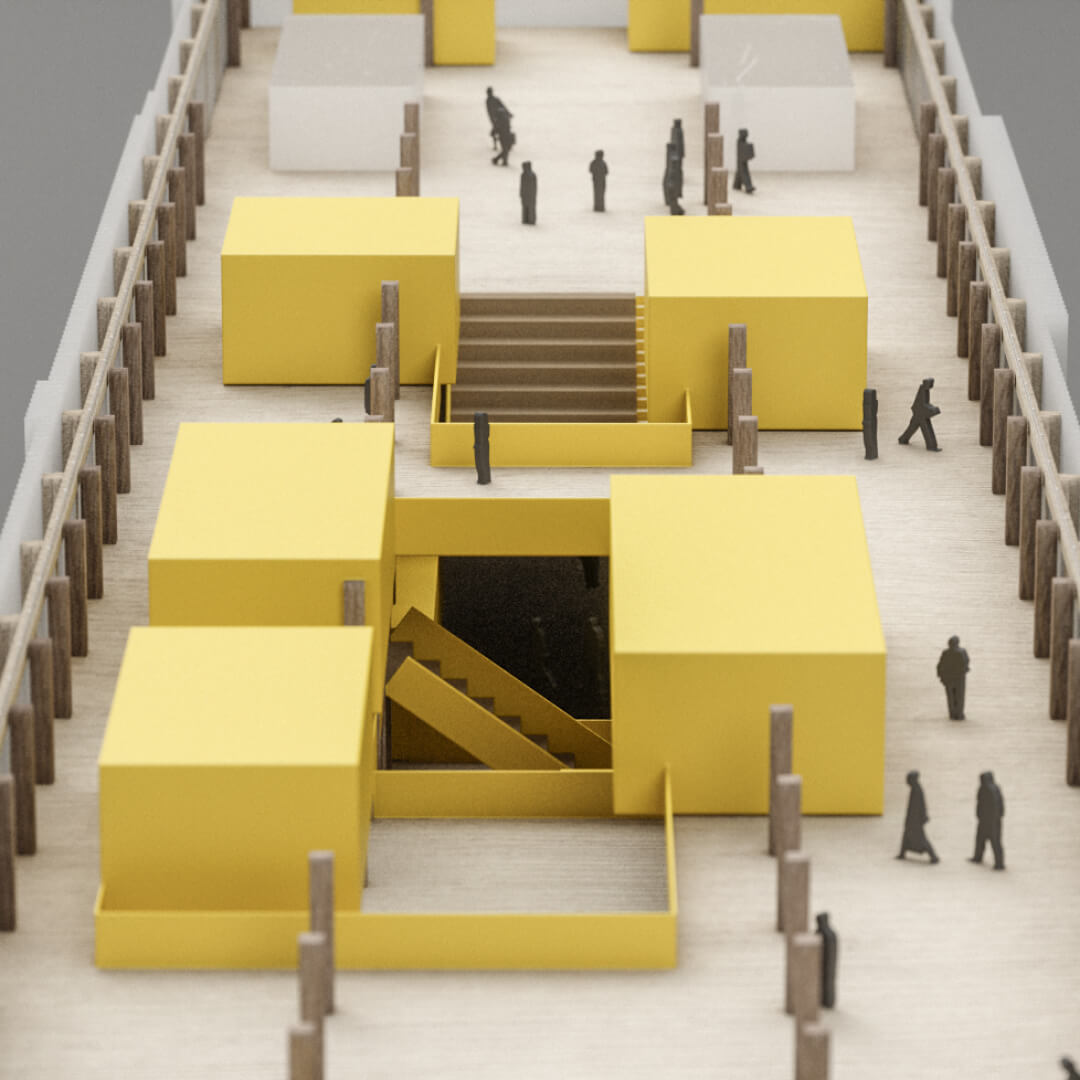 The intersection of grids become an extension from the agricultural context currently surrounding the site meeting against the grid of the directional tracks. The building finds multiple grids in different axes as it tilts the natural act of stone meeting earth. 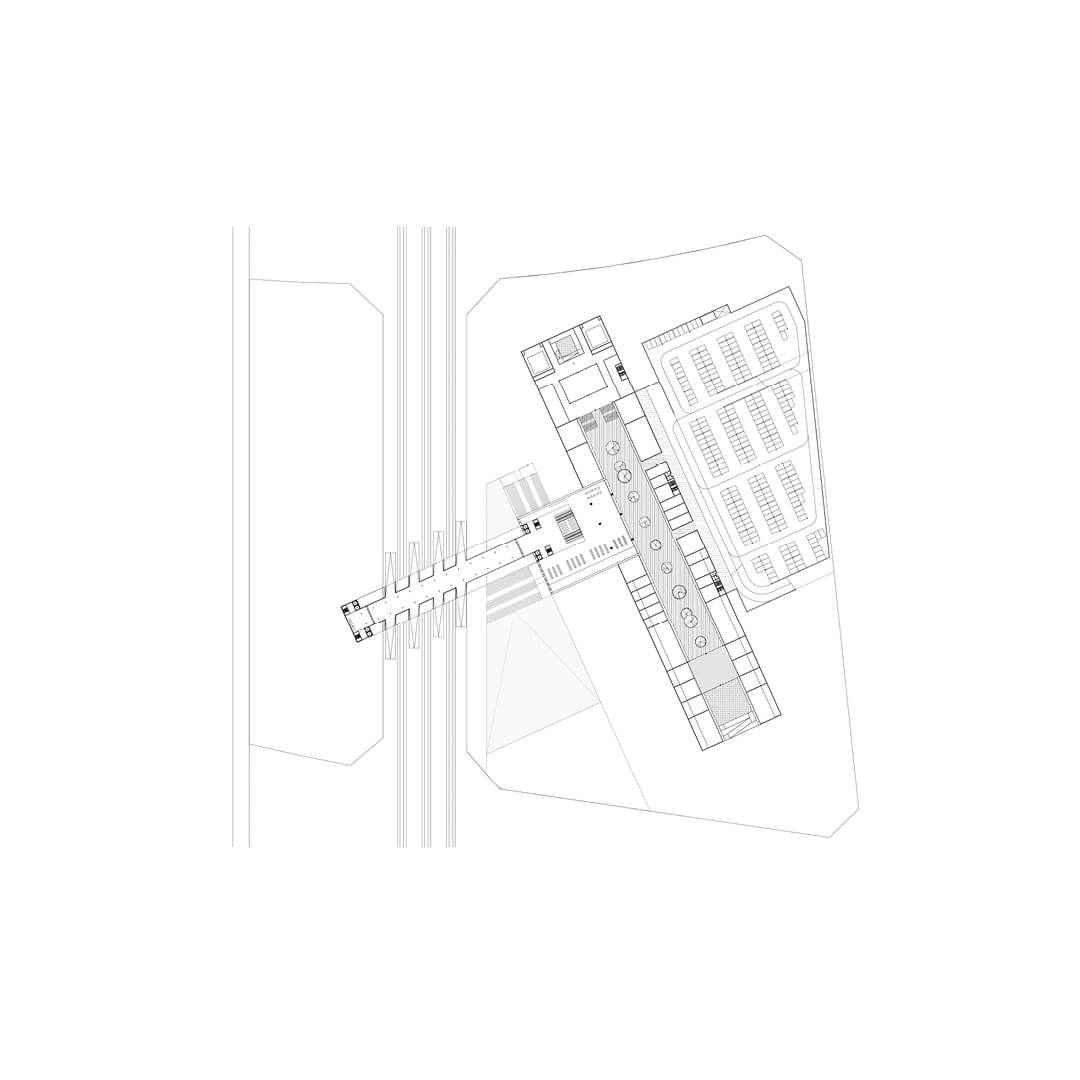 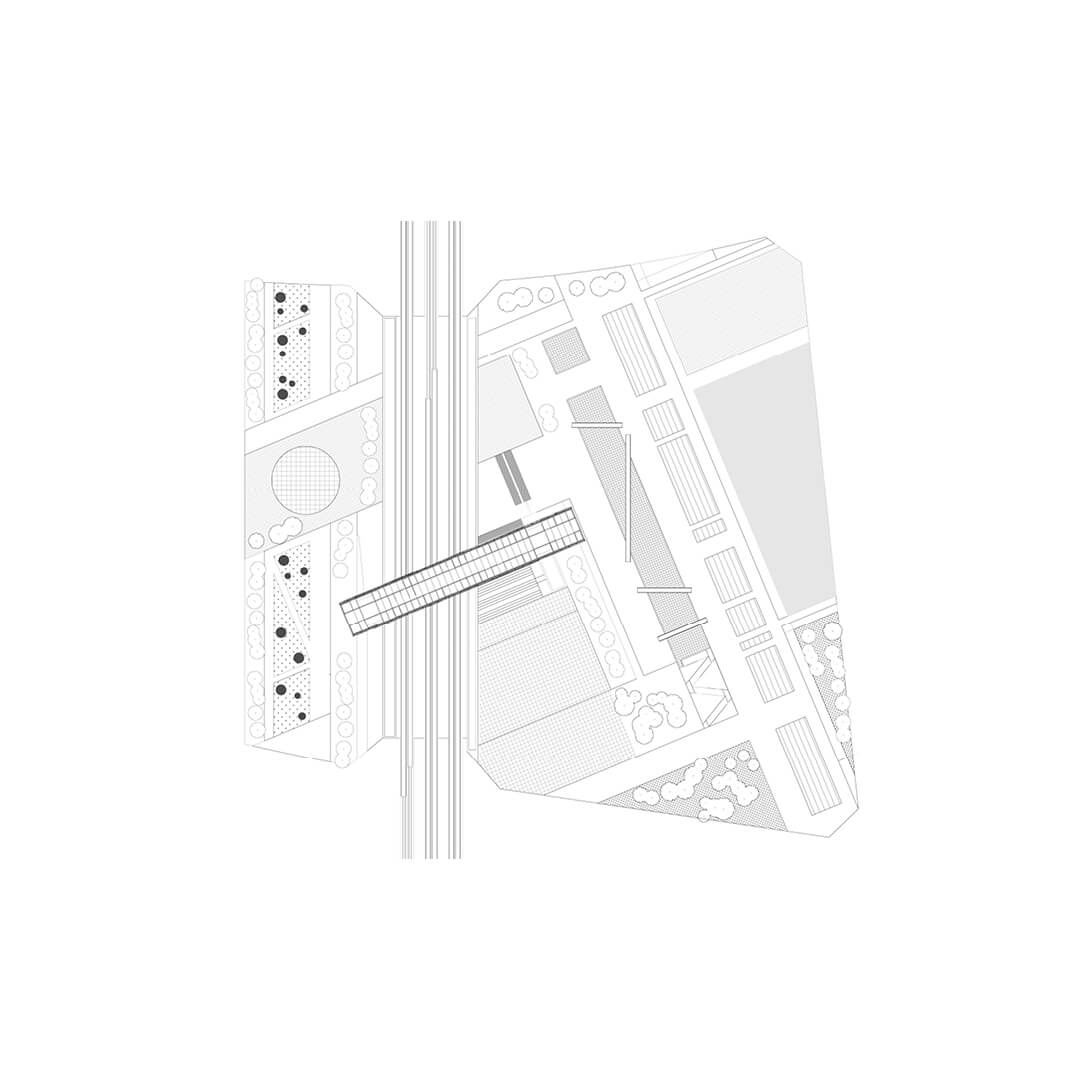 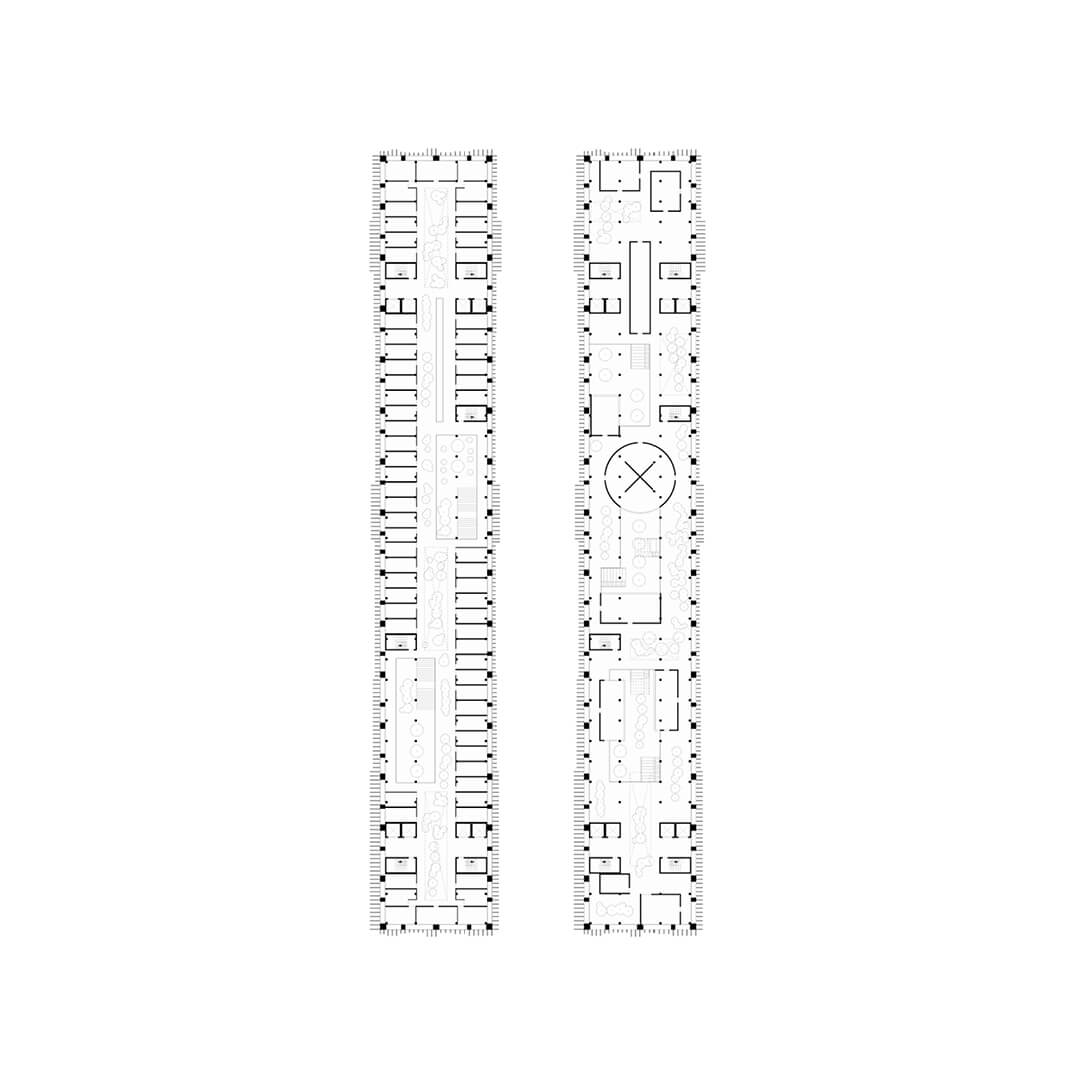 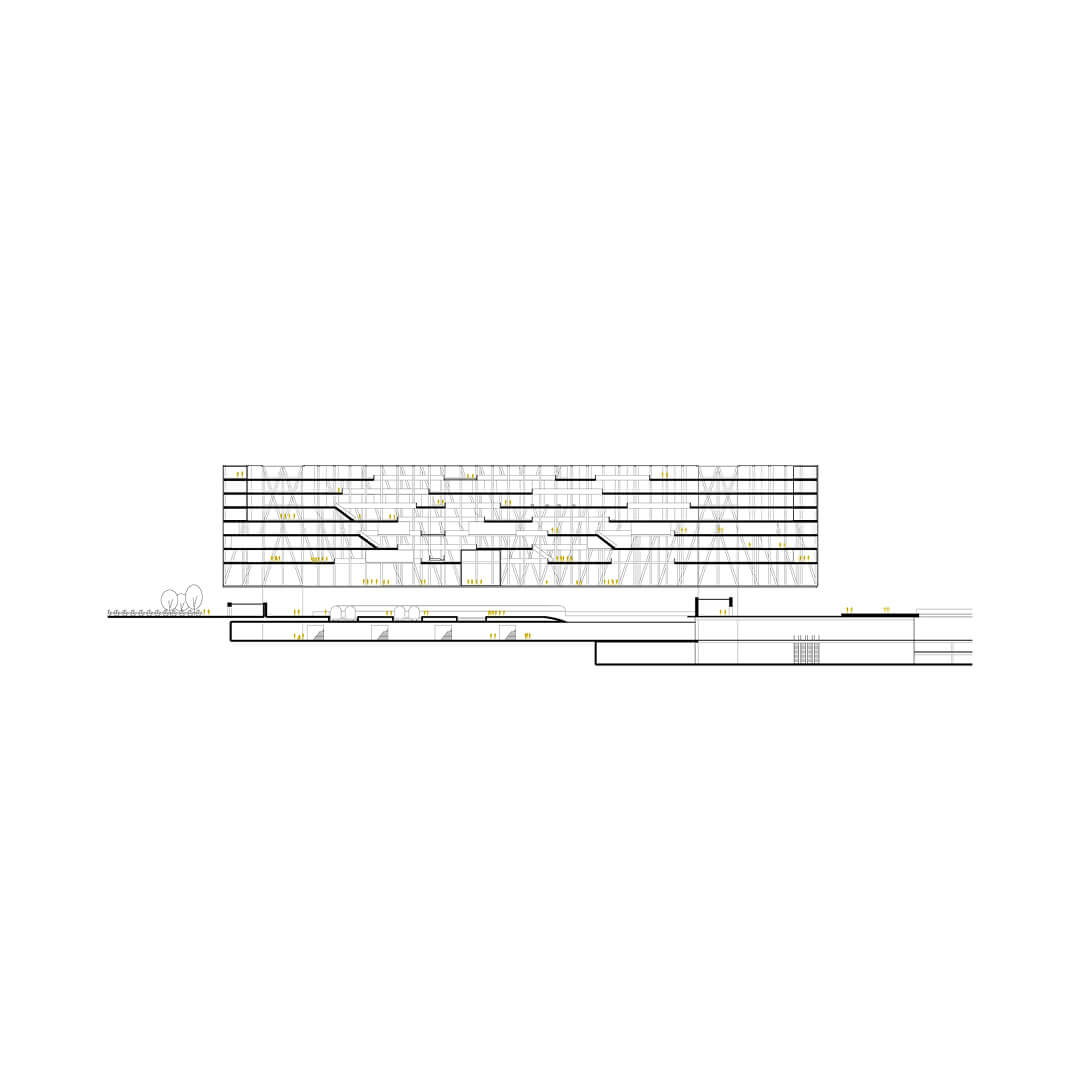 The main building offers an interlaced office, cowork spaces and hotel programs blend into one another like a vertical landscape.

The structural system lends itself to a large truss network, which allows for the building to bridge from either side of the train tracks. This creates a unison throughout the site as the office, hotel float above the locomotives, while shops are lowered in the void boulevard courtyard. The characteristic programs exist above and below the tracks simultaneously. 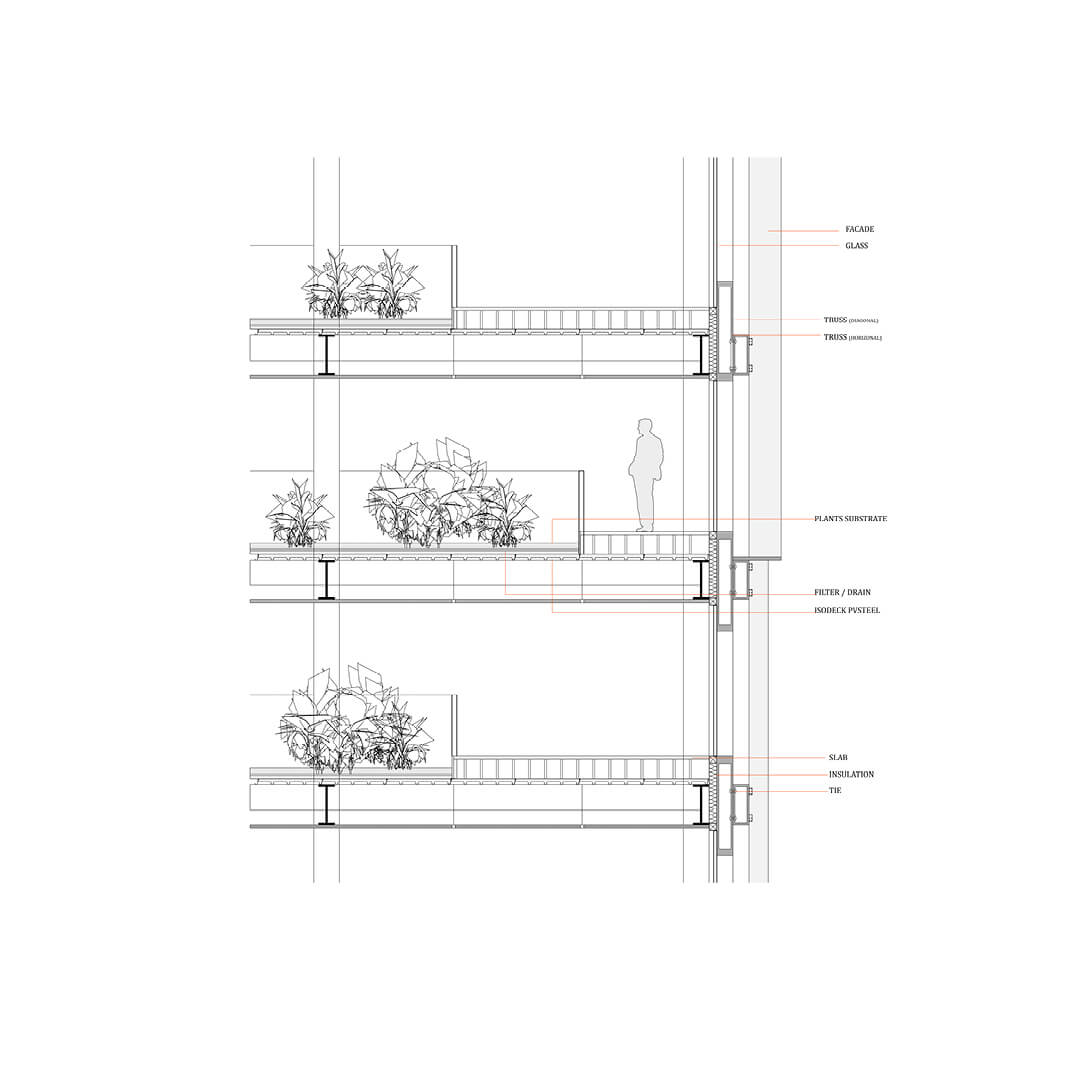 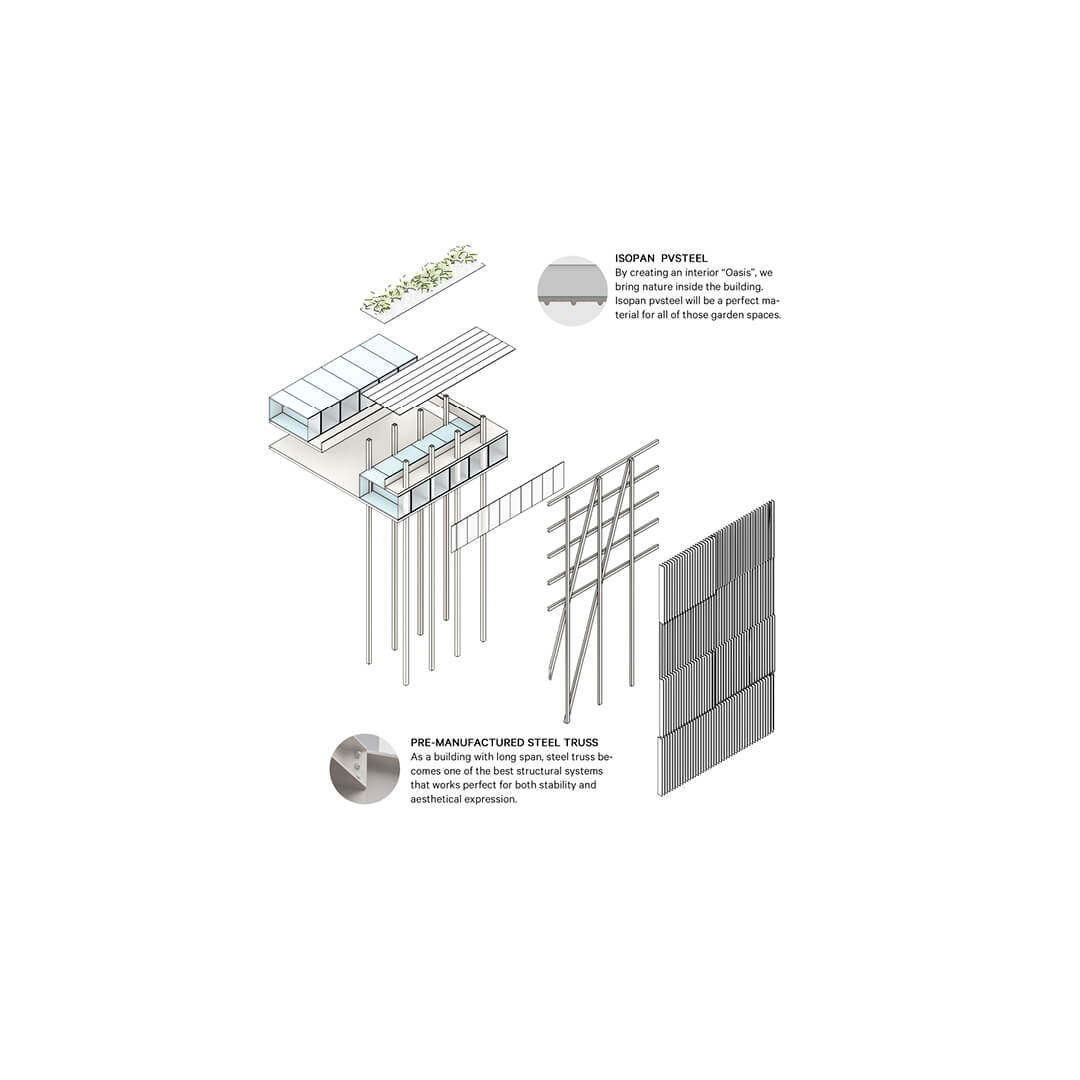 The façade remains a humble reminiscence of the stones of the past, like a symbol notating a mark of destination.