The archive as the “treasure trove” of the city is placed vertically in a robust, but noble tower that is crowned by a public loggia opening up views over the city, whose memory it preserves.

Large-scale perimeter housing, industrial buildings, as well as the big complexes of the life sciences dominate the St. Johann quarter. The new natural history museum and city archive should bring a public, institutional character into the district. 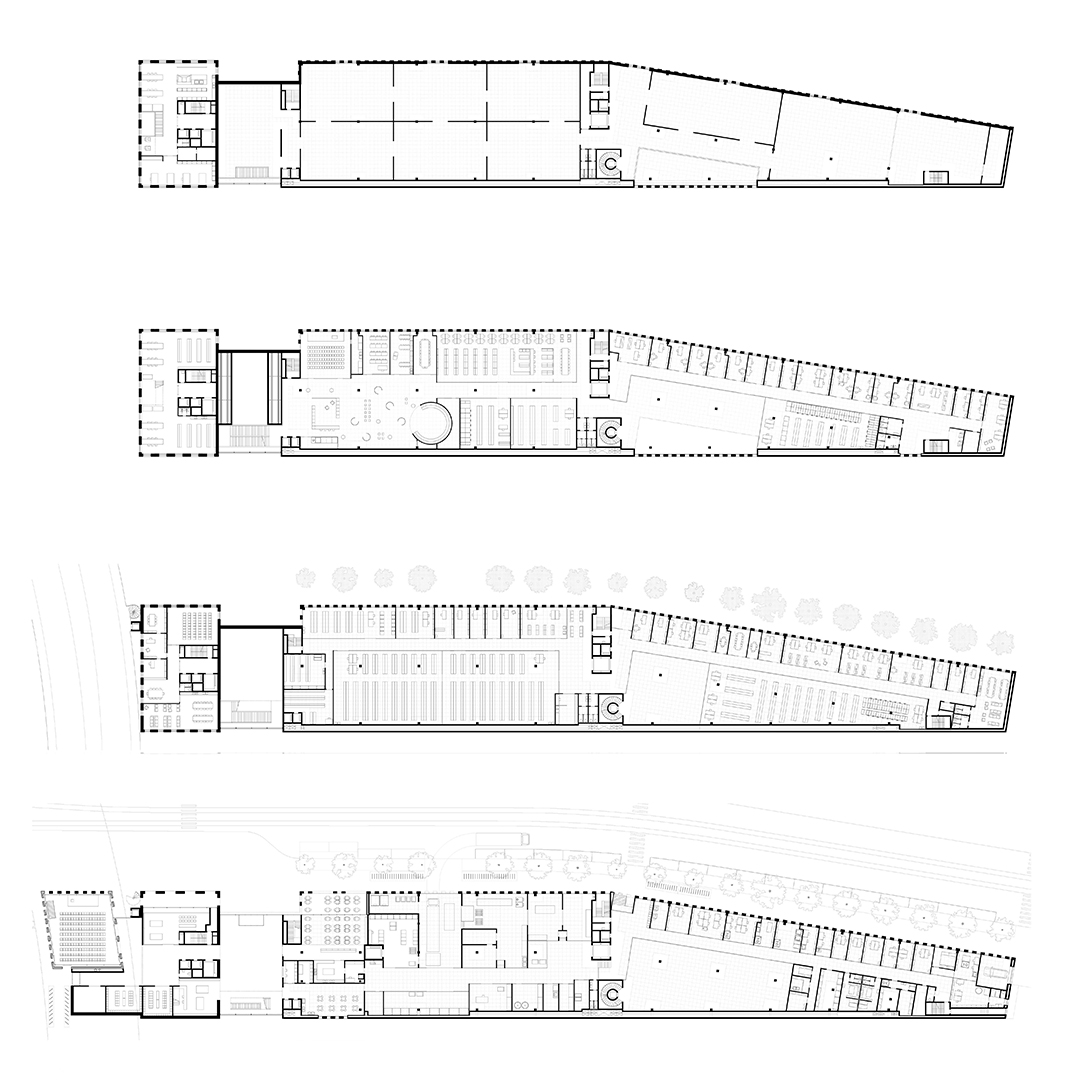 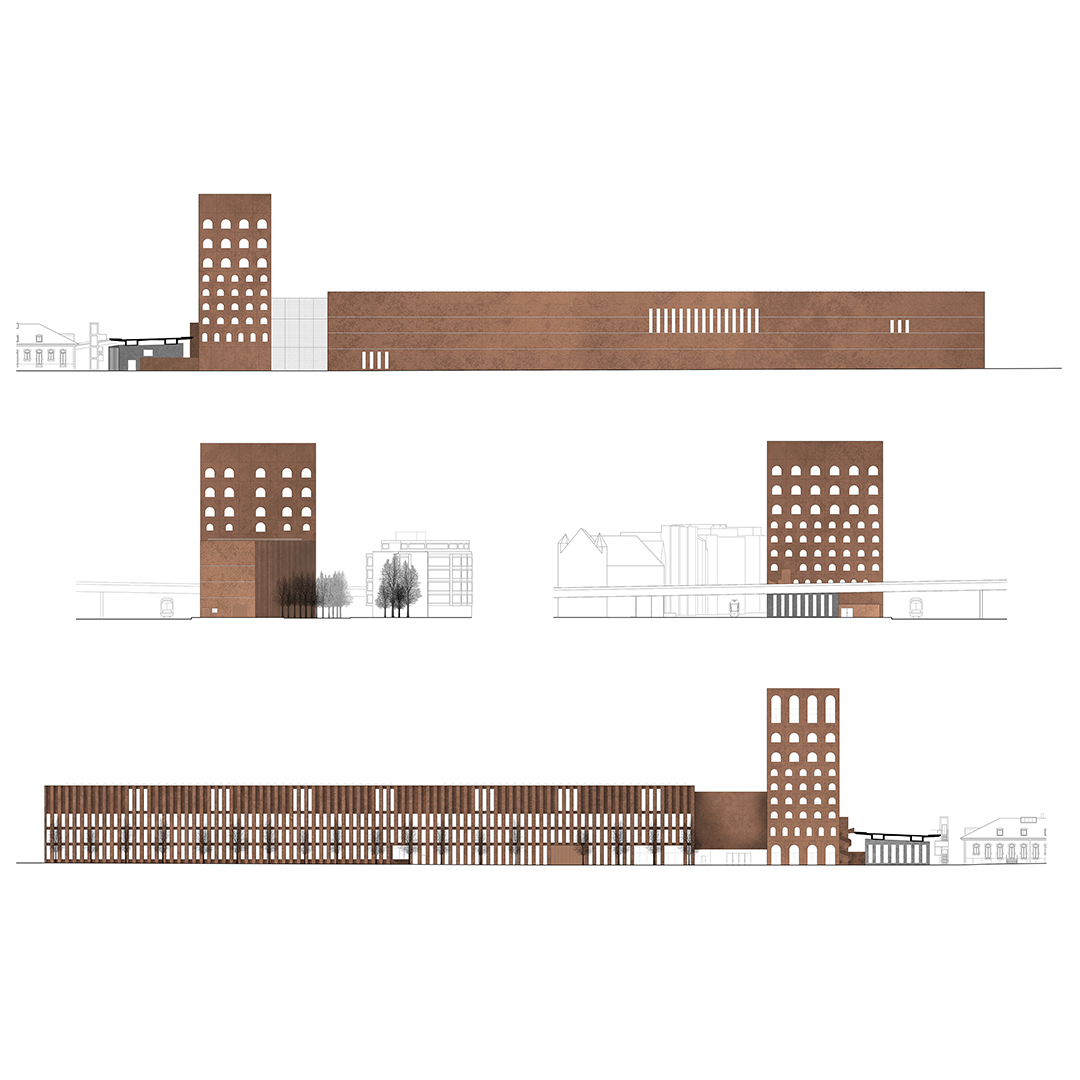 Raw and archaic as the nearby silos and yet formally and compositionally sublime as the present museum at Augustinergasse, the new ensemble generates its specific physiognomy from the complex interactions of the place and the program. The archive as the “treasure trove” of the city is placed vertically in a robust, but noble tower that is crowned by a public loggia opening up views over the city, whose memory it preserves. 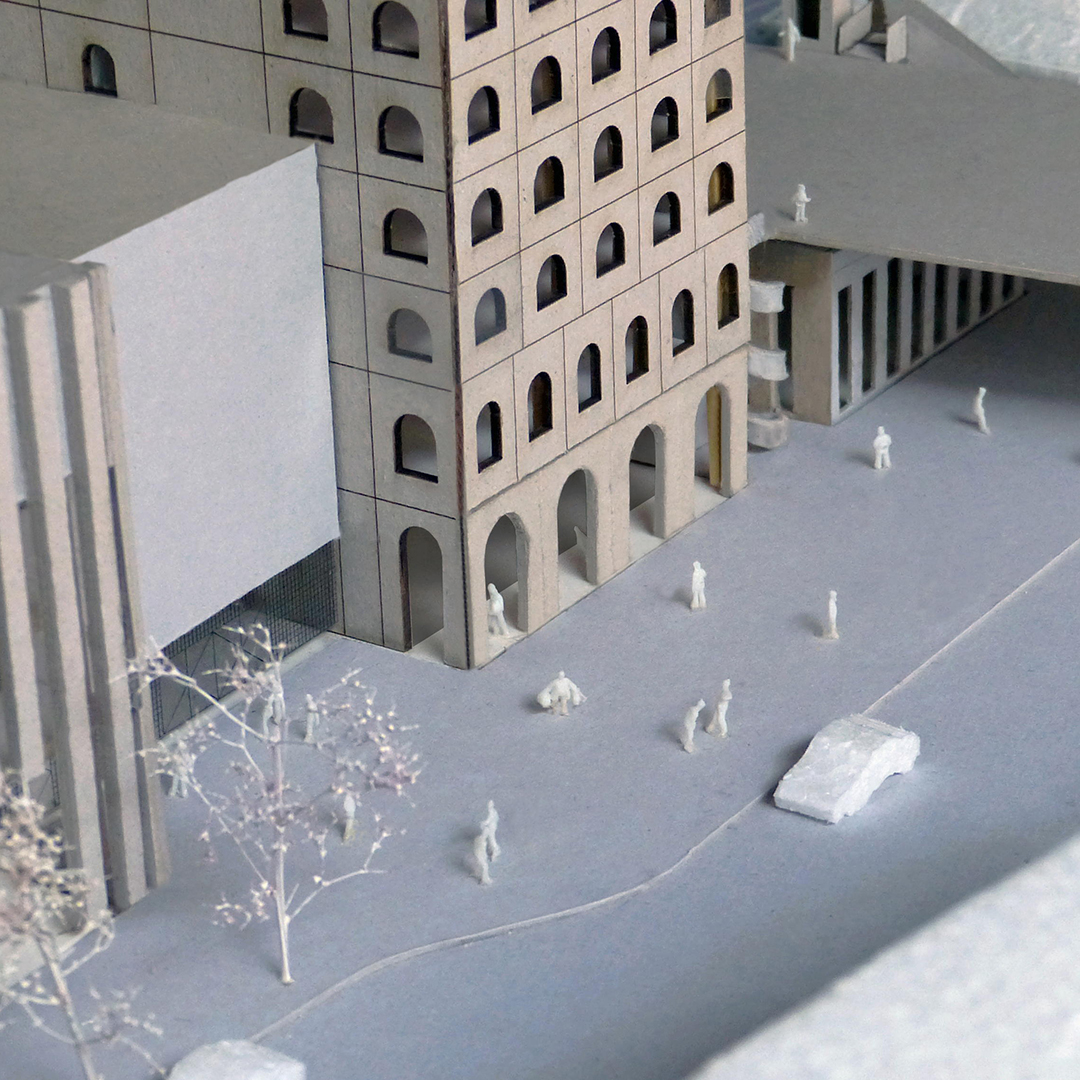 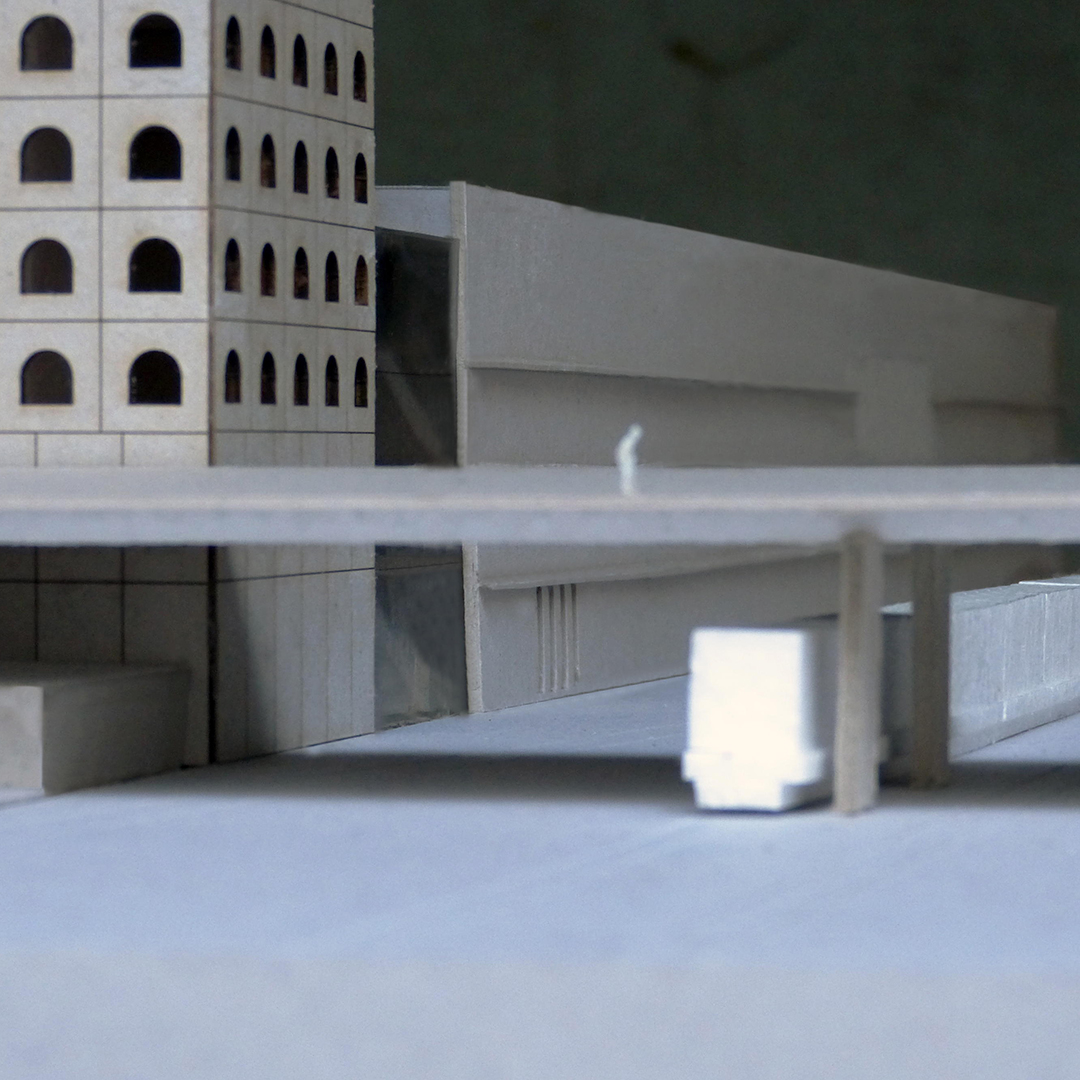 With a completely different structural “anatomy”, the natural history museum is nestled behind a quiet and uniform colonnade of pilasters. Hall-like spaces characterize the inside of this long, horizontal structure made up of a “skeletal” frame construction with hollow, bi-directional “hole-deck” ceilings containing the mechanical installations. Due to its universal spatial logic guaranteeing a maximum of user flexibility, the museum is shielded towards the train tracks by a hollow buffer-wall containing the mechanical services, while its entire top floor – related in scale to the spatial landscapes of an industrial warehouses – is reserved as exhibition space, which behind a few openings should also be perceived as an urban element in the evening. 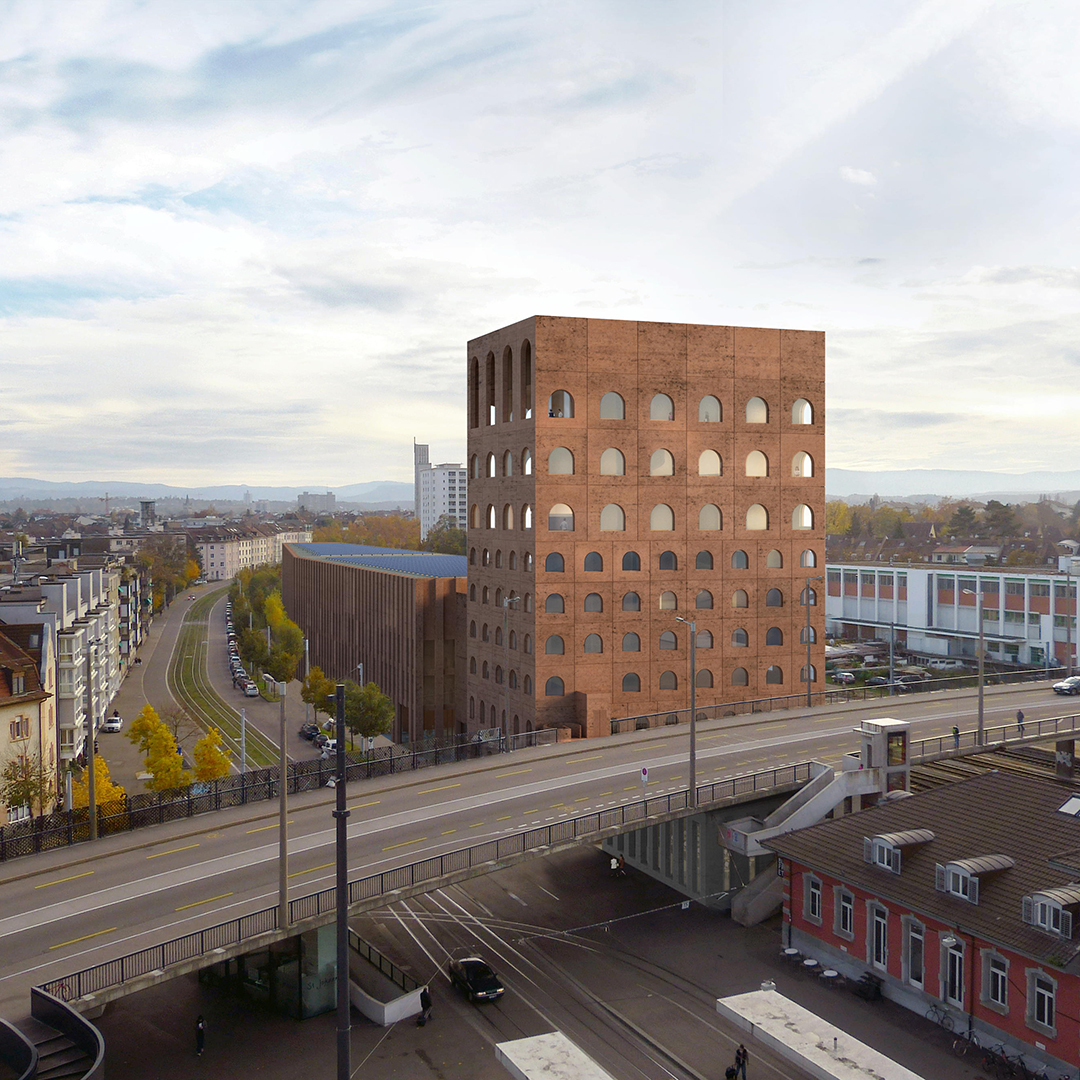 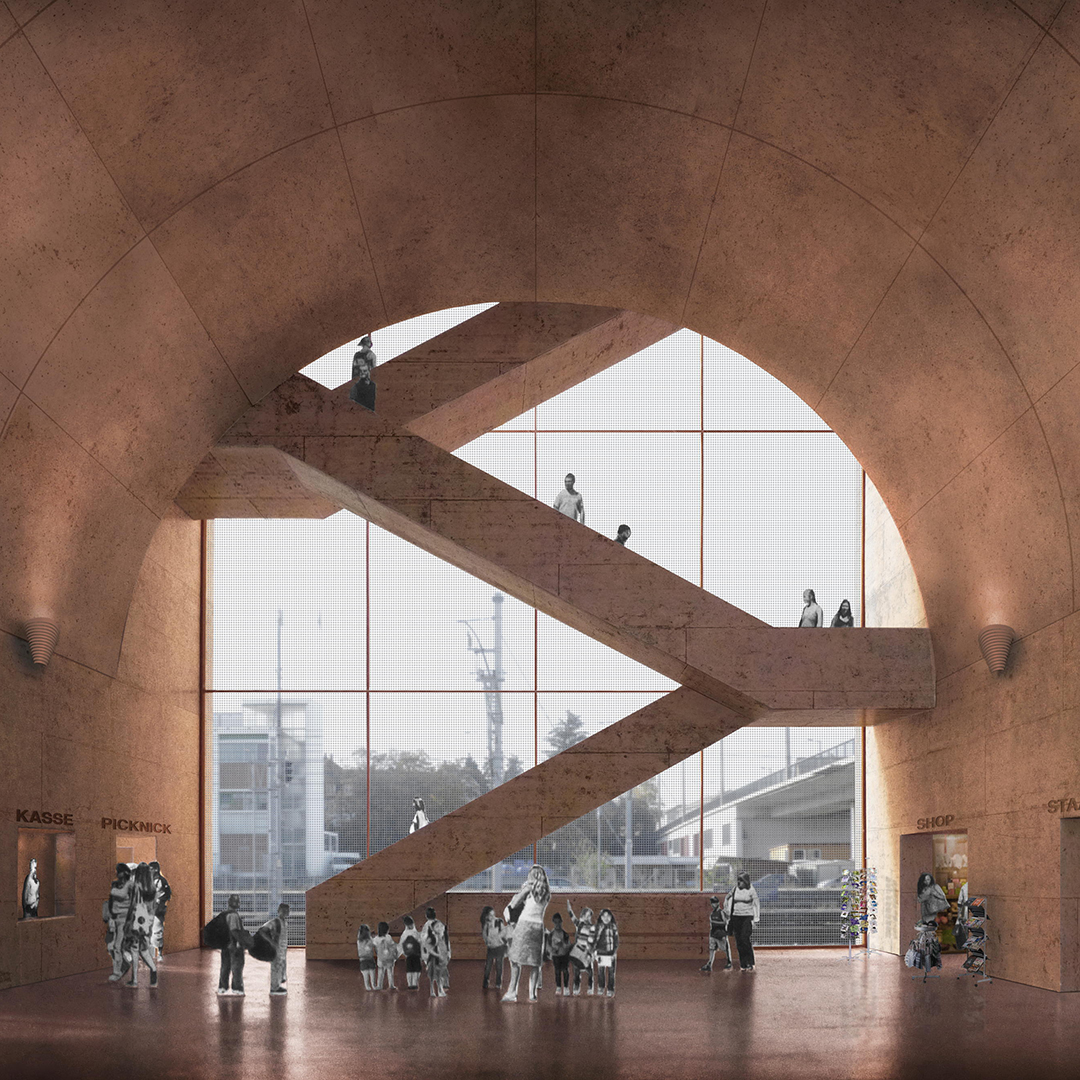 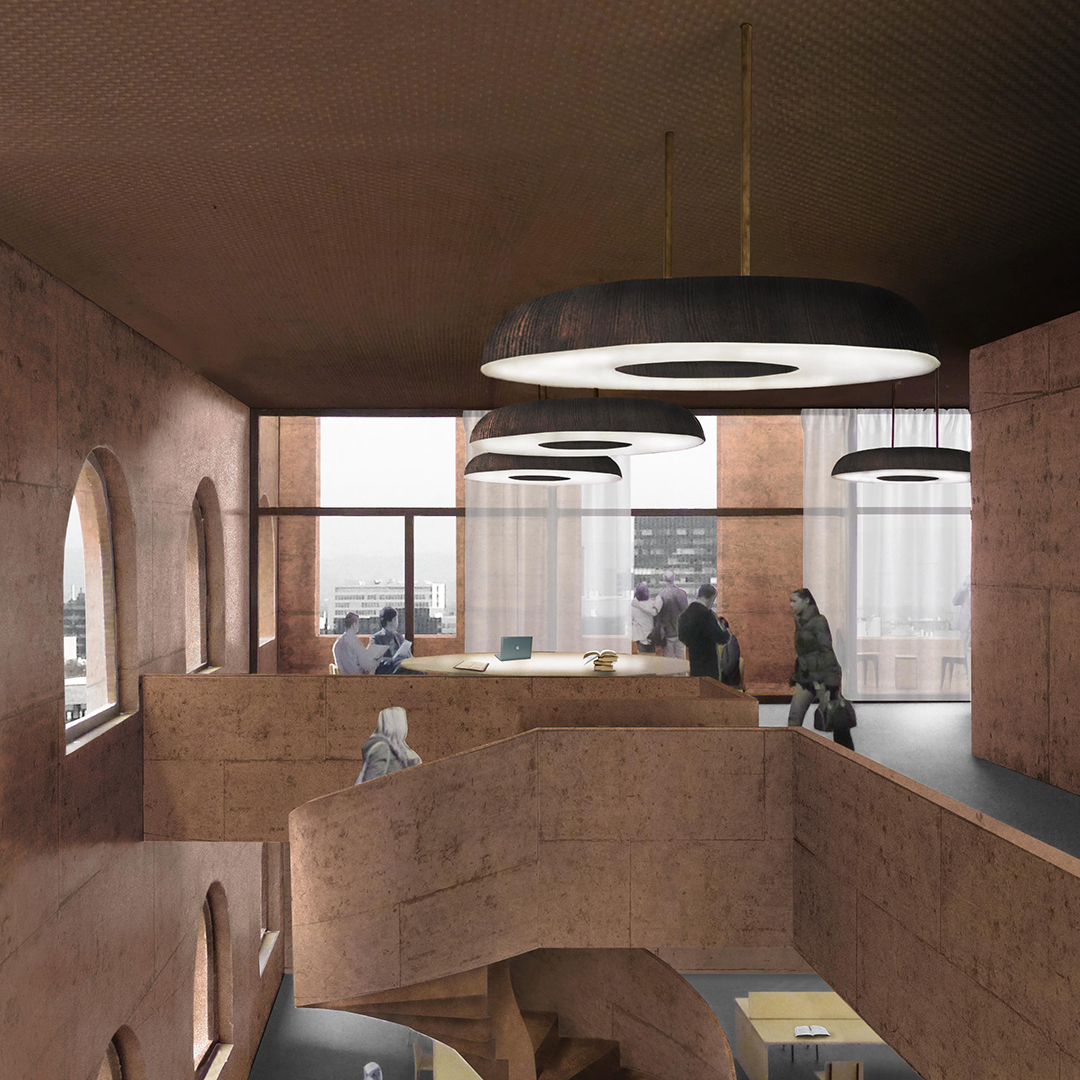 Truly a bridge between the two institutions, the formally neutral foyer surprises in its interior with a generous barrel-vaulted space that offers easy visitor orientation and distribution. For reasons of coherence, in all parts of the projects should come red concrete to use, both inside and outside. This should – in analogy to the red Alsatian sandstone of the region – ground the entire complex and underline its local significance, while as a “red thread” offers the user to feel in each part of the project the connection with the whole. In sum, a classically upgraded engineering aesthetic should shape the spatial mood of the place and frame as a quiet background the various cultural activities.