The project involves the solution of an ecumenical chapel, inspired by the lyrics of Alfredo Silva Estrada, the proposal seeks to contain the mystery of the sacred and remain discreet on the highest point of the hill in Isla del Sol, Bolivia.

Through time, human beings have sought to represent their faith in their constructions through symbolisms that end up dividing societies. However, there are icons that govern our imaginary, elements that over time we associate with the divine; those that precede memory and remain in our unconscious.

“…We present a proposal for a chapel with a certain charm that seeks to transfer the tight schedules, technical difficulties and uncertainty that one experiences daily as an architect on this continent to the other side of the world, and share with the world how overwhelming and satisfying it can be. This process; always received with a negative because it always represents a risk ”Emilio Padilla 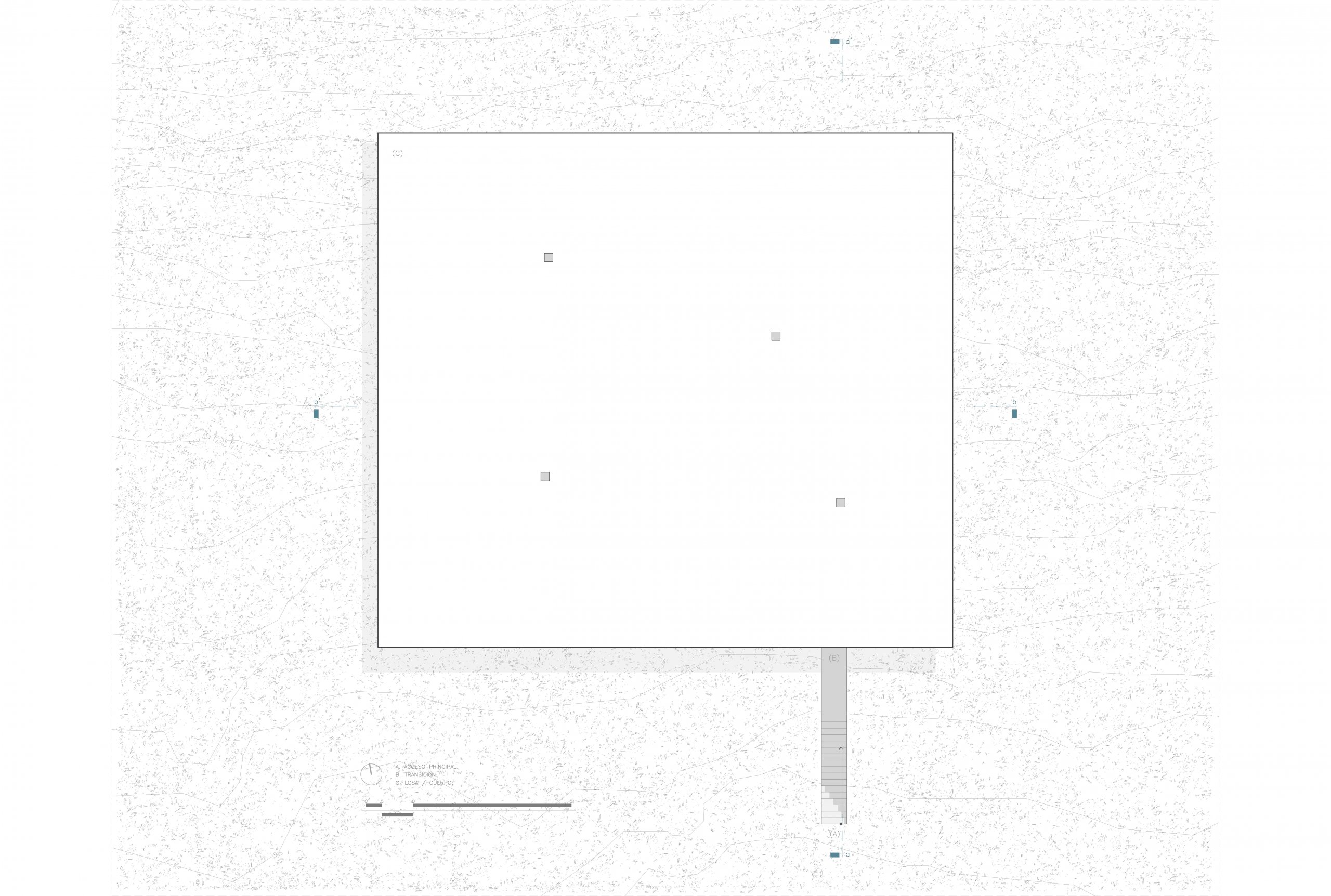 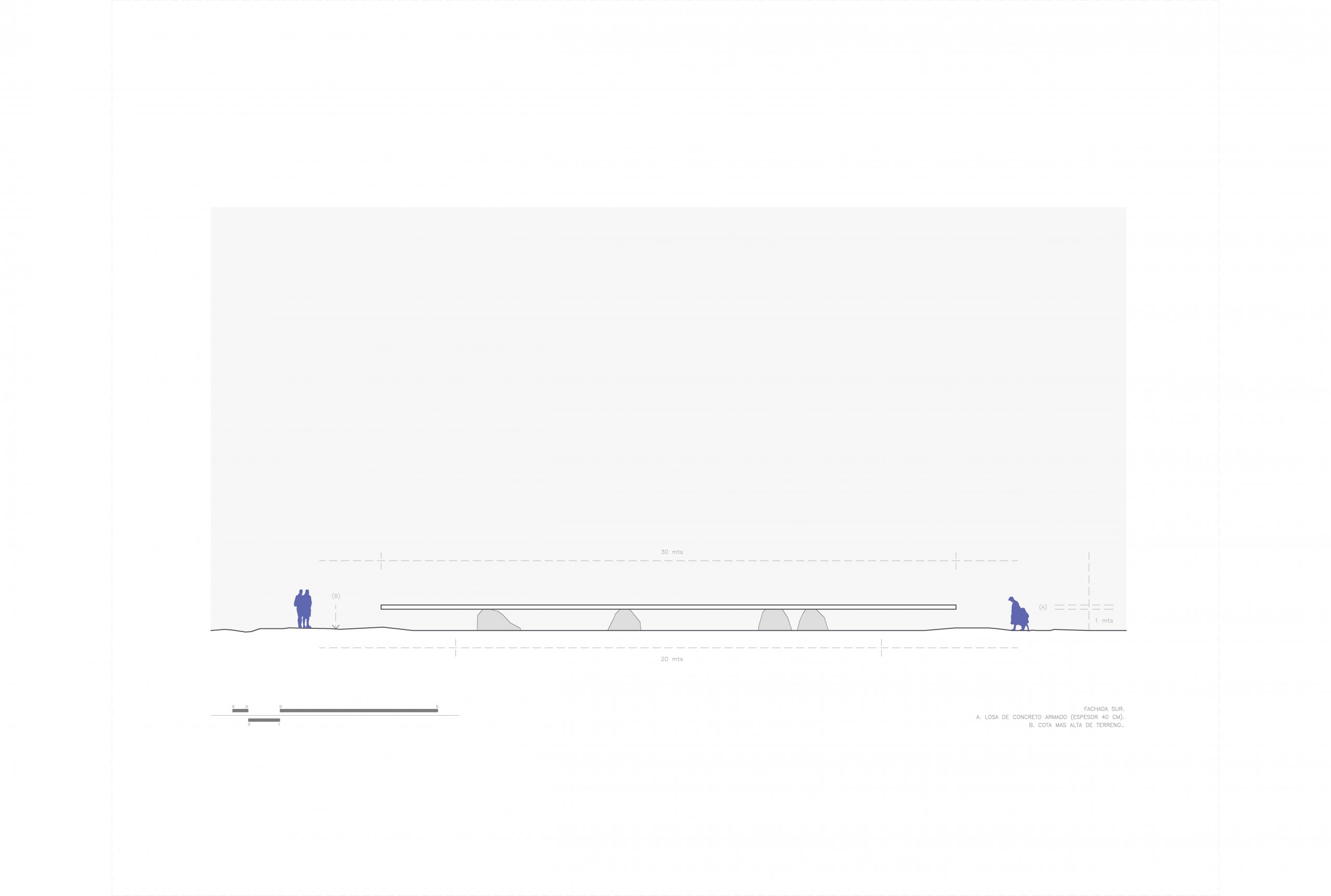 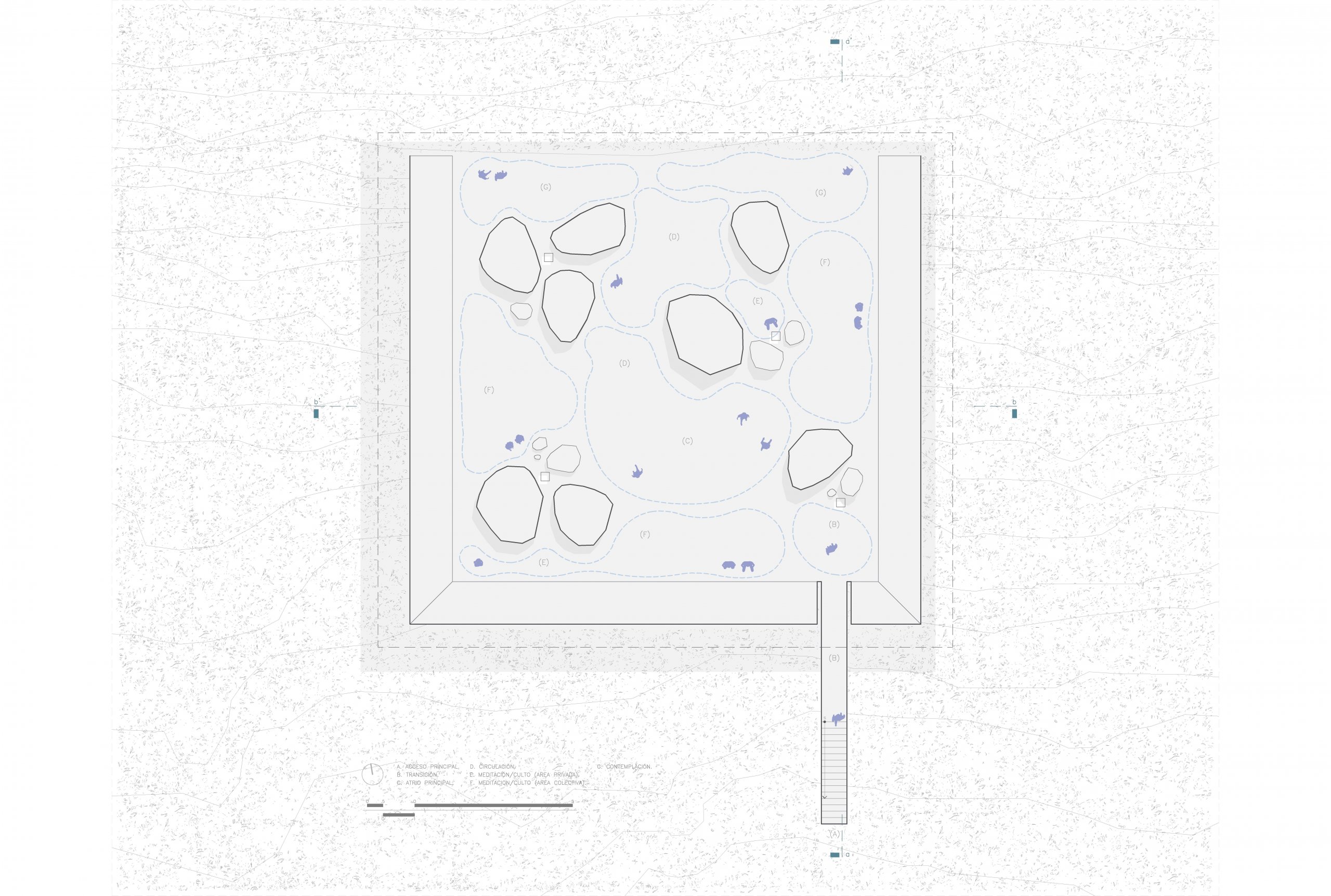 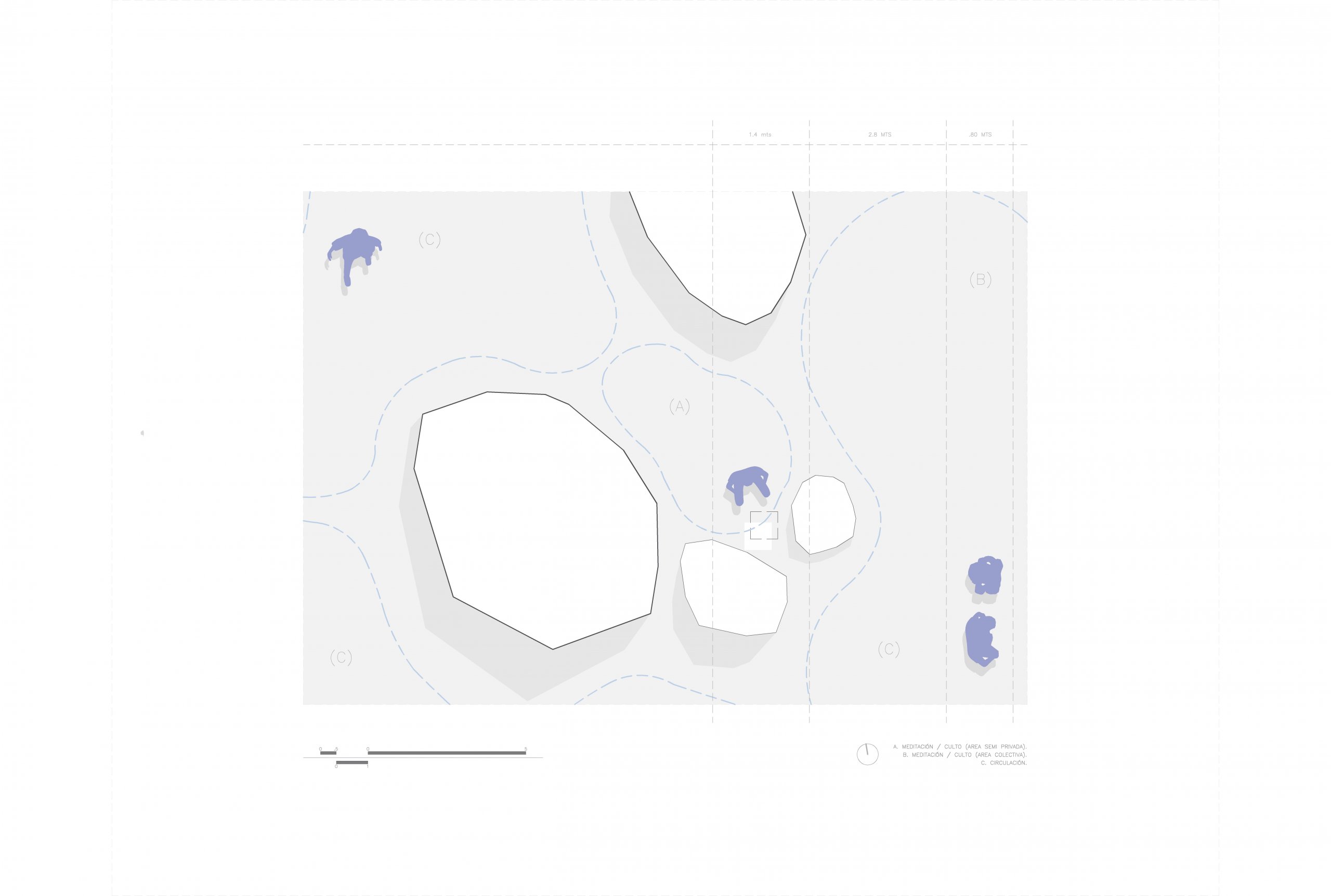 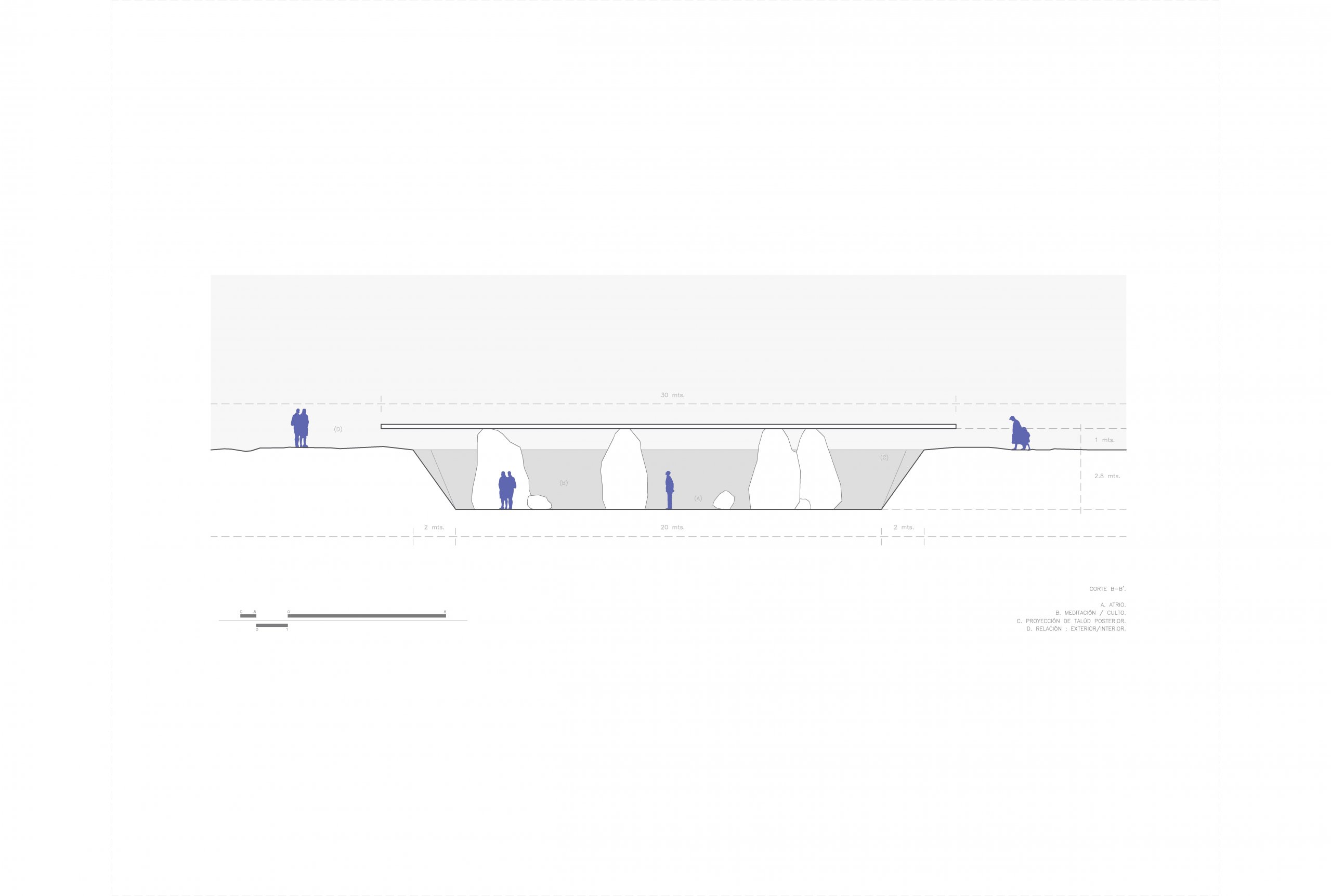 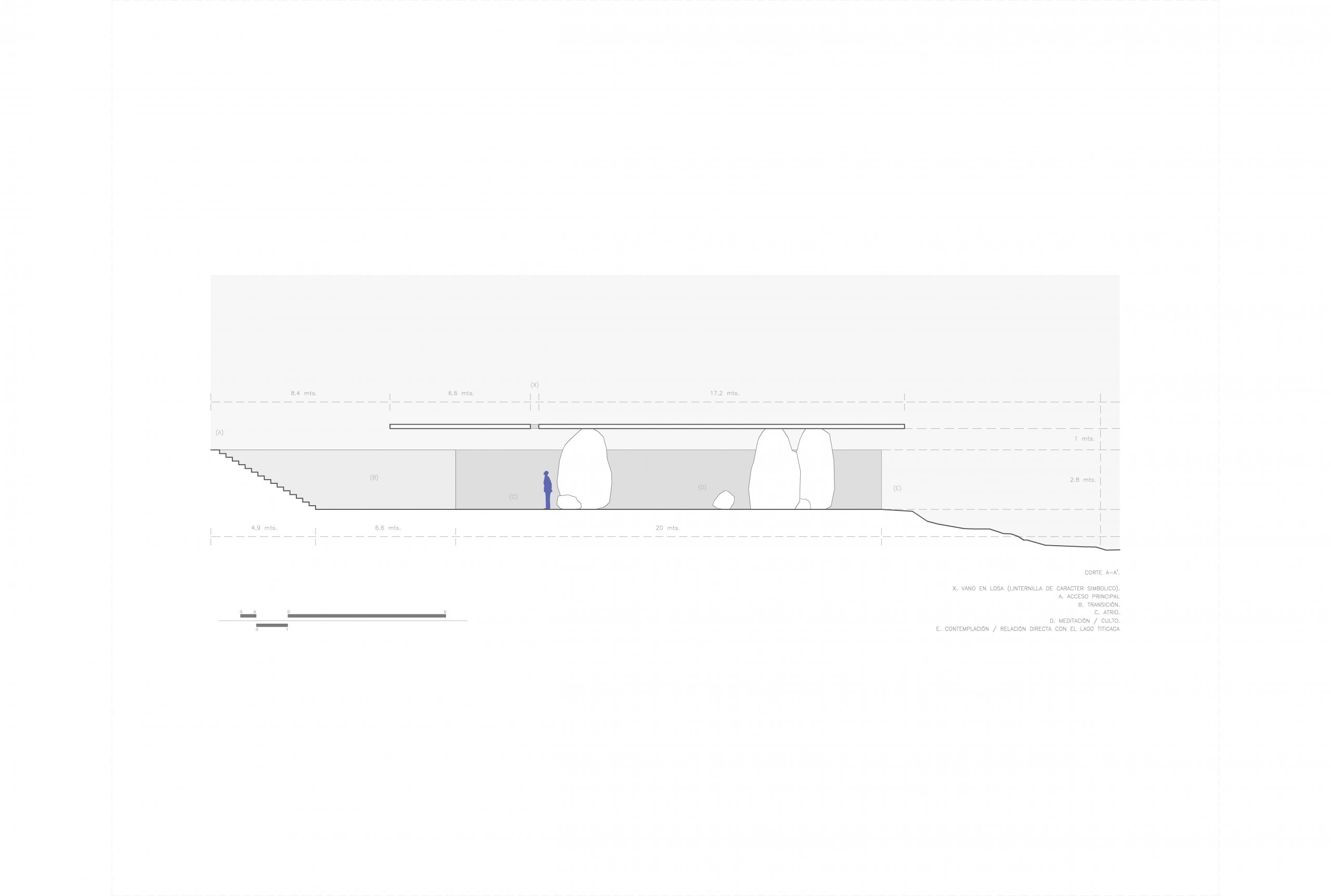 The project involves the solution of an ecumenical chapel, inspired by the lyrics of Alfredo Silva Estrada, the proposal seeks to contain the mystery of the sacred and remain discreet on the highest point of the hill in Isla del Sol, Bolivia. In this Andean place, more than 150 ruins are preserved that allow them to be visited by people from all over the world. “The ruin; as a fundamental principle in development, as an object that reveals our perception of time and tries to impose itself as that which has been preserved, that which results from the impossible to live forever or at least more than we (humans), that which allows us speculate and reflect on the ephemerality of our stay. ” G. Calderón.

We believed that the fact of working with the raw material of the place was substantial; with what exists, what was already there; In order to add value to the route we developed the idea of ​​hiding the object based on the mystery; After a * pilgrimage at the foot of the hill, the aim is to induce the user in an individual exercise that brings him back to earth, a dialogue between him and the site…

…At the top, a dolmen on the edge of the mountain reveals the limits of gravity as it aspires to evoke the limits of being, recognizing itself as vulnerable to space. 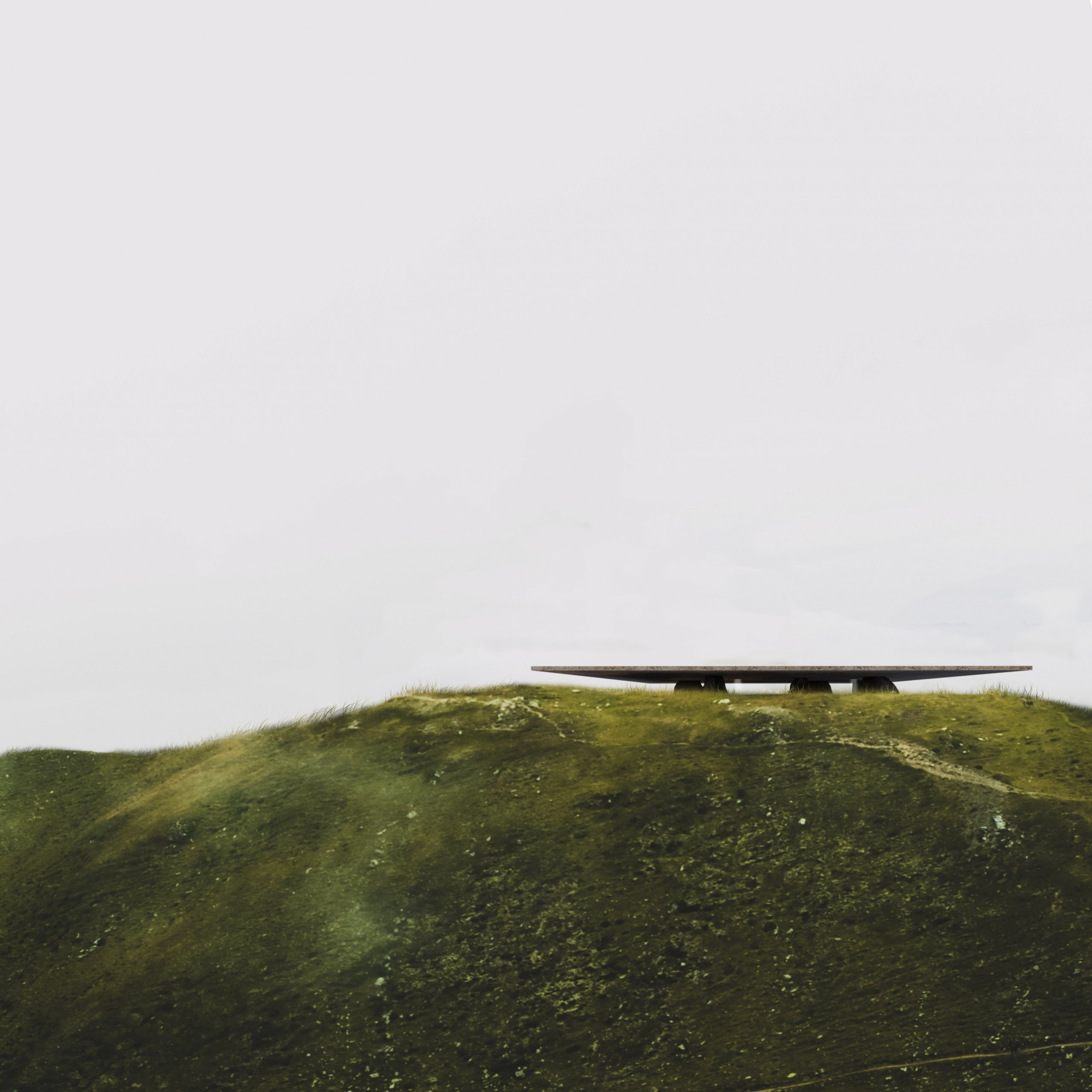 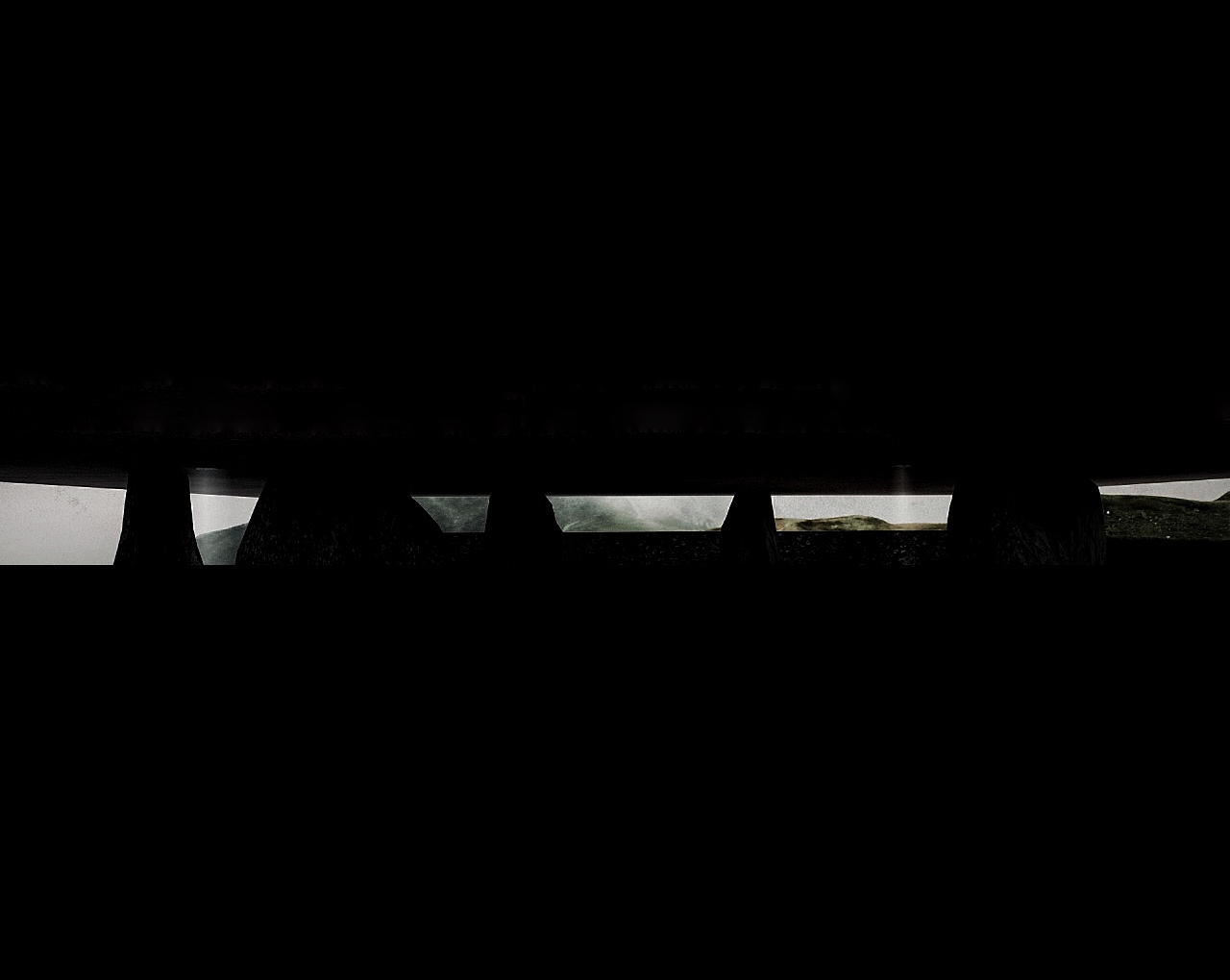 The decision to assume the rocks as pillars of a single slab arises from an interest in the matter, “The rock; as a primitive object and therefore associated with our history, a synthesis of our memory and an ode to our past, to that which precedes human life. ” G. Calderón

“Pursuing the goal of being able to capture the spirit, we developed a project that proclaims itself in a different way of producing; a way of acknowledging being at the mercy of situations that you cannot control; finally to build in Latin America – as it can and with what it can – but even with all this endowing the space with an almost primitive spirituality. ” E. Padilla