This place is considered a sanctuary dedicated to the God of the Sun. Throughout the island there are some trails that run from north to south their places, the intervention proposes an extension of these trails, a walk that enters the lake, as if from same lake involved. 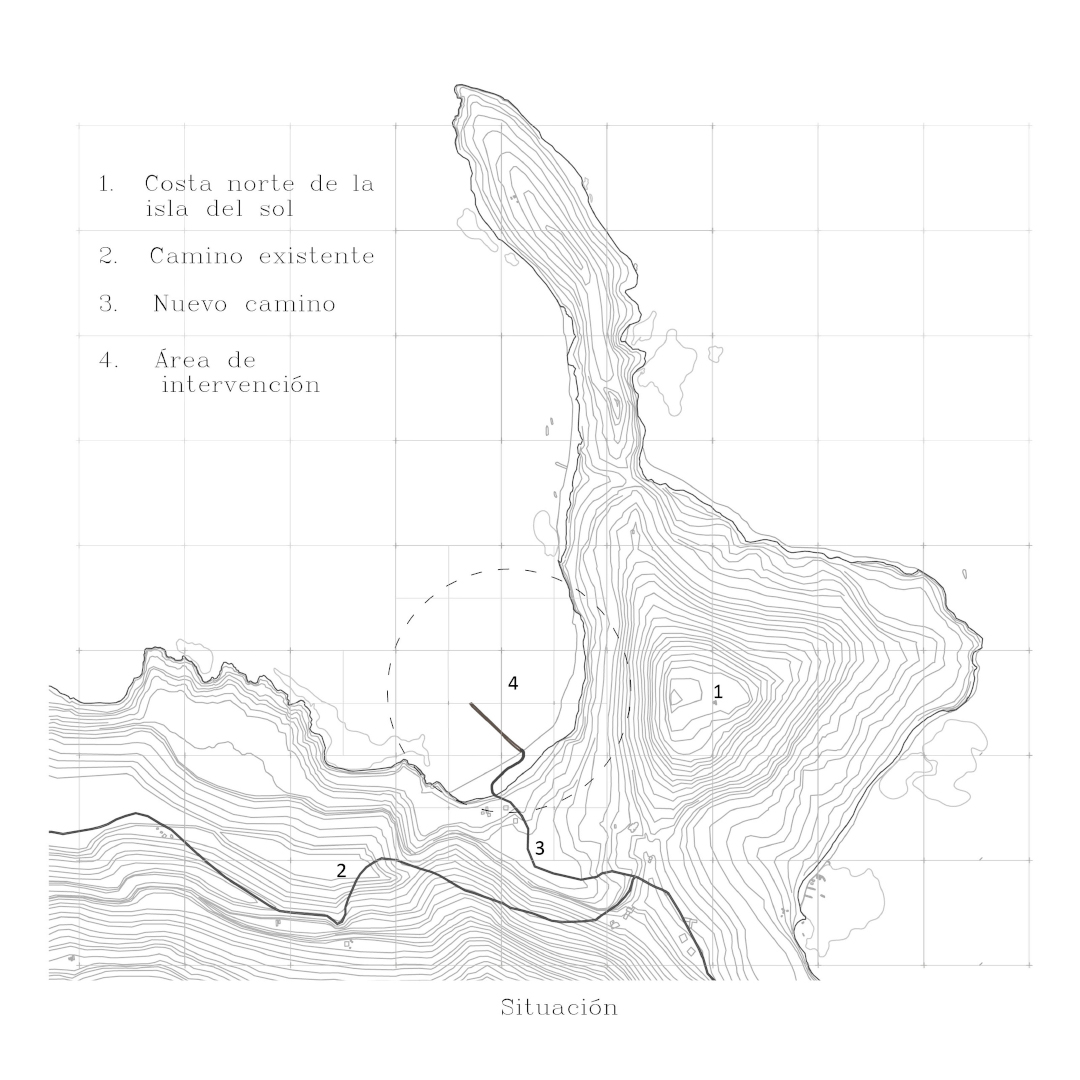 The island of the sun is located on Lake Titicaca, considered the highest lake in the world. This island presents great elevation changes in which spaces with different environments and views originate in which the breadth of the lake can be observed. This place is considered a sanctuary dedicated to the God of the Sun. Throughout the island there are some trails that run from north to south through its places, ruins, viewpoints and towns that end at the lowest levels, bordering the shores of the lake. The intervention proposes an extension of these paths, a walk that enters the lake, as if it were the lake itself. 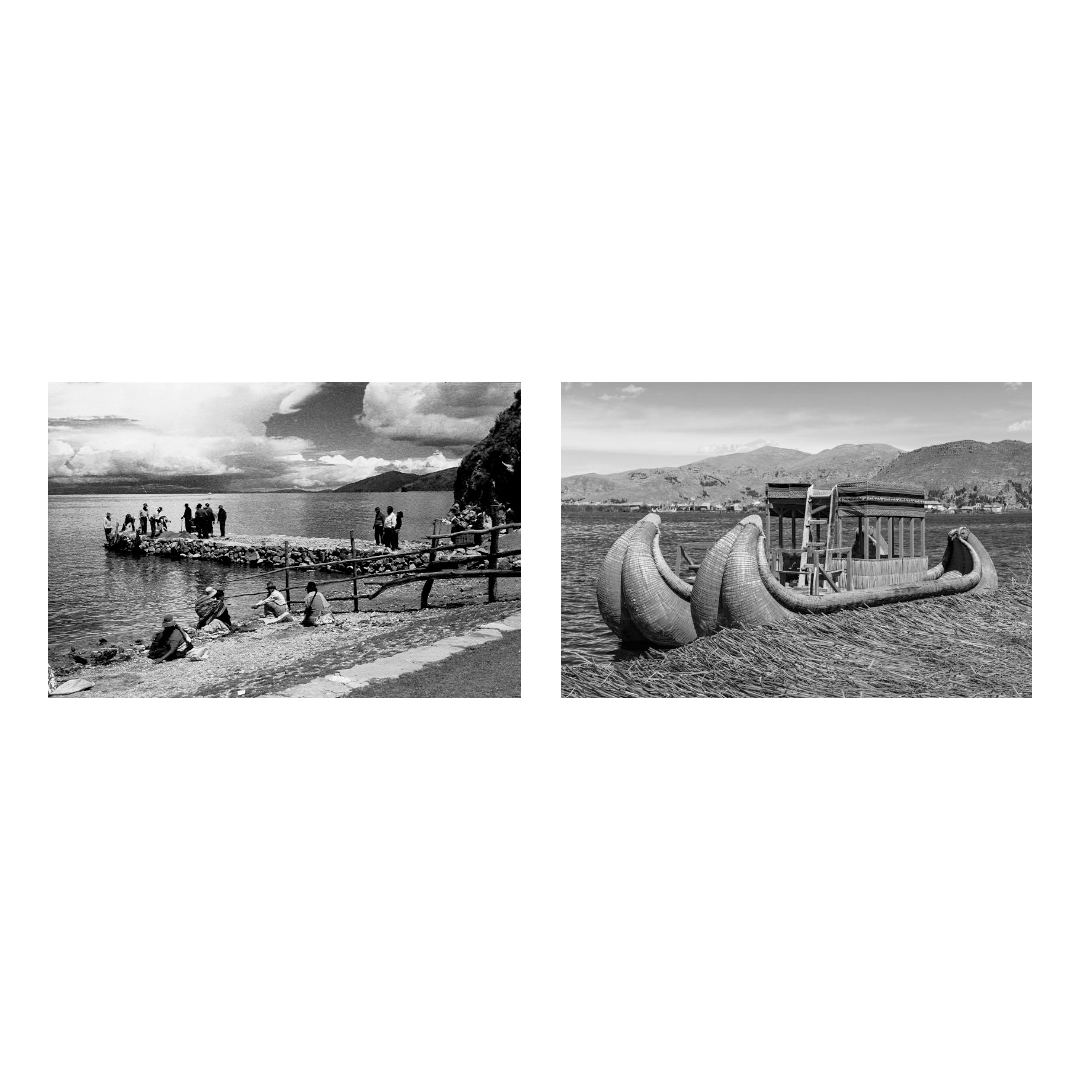 The sacred space is incorporated into the lake, integrating into the pre-existing language. The traces of air, water and light come together in the new path, appropriating the outside environment to create the reflective space. At the end of the path there is a wooden casing that is anchored in the water and protects the area of ​​the chapel along the way. The altar looks out at the end of the walk framing the view of the lake’s horizon. The proposal seeks through a journey to go beyond the obvious limits and open a path as a pilgrimage in which the senses focus on the present conditions of the place. 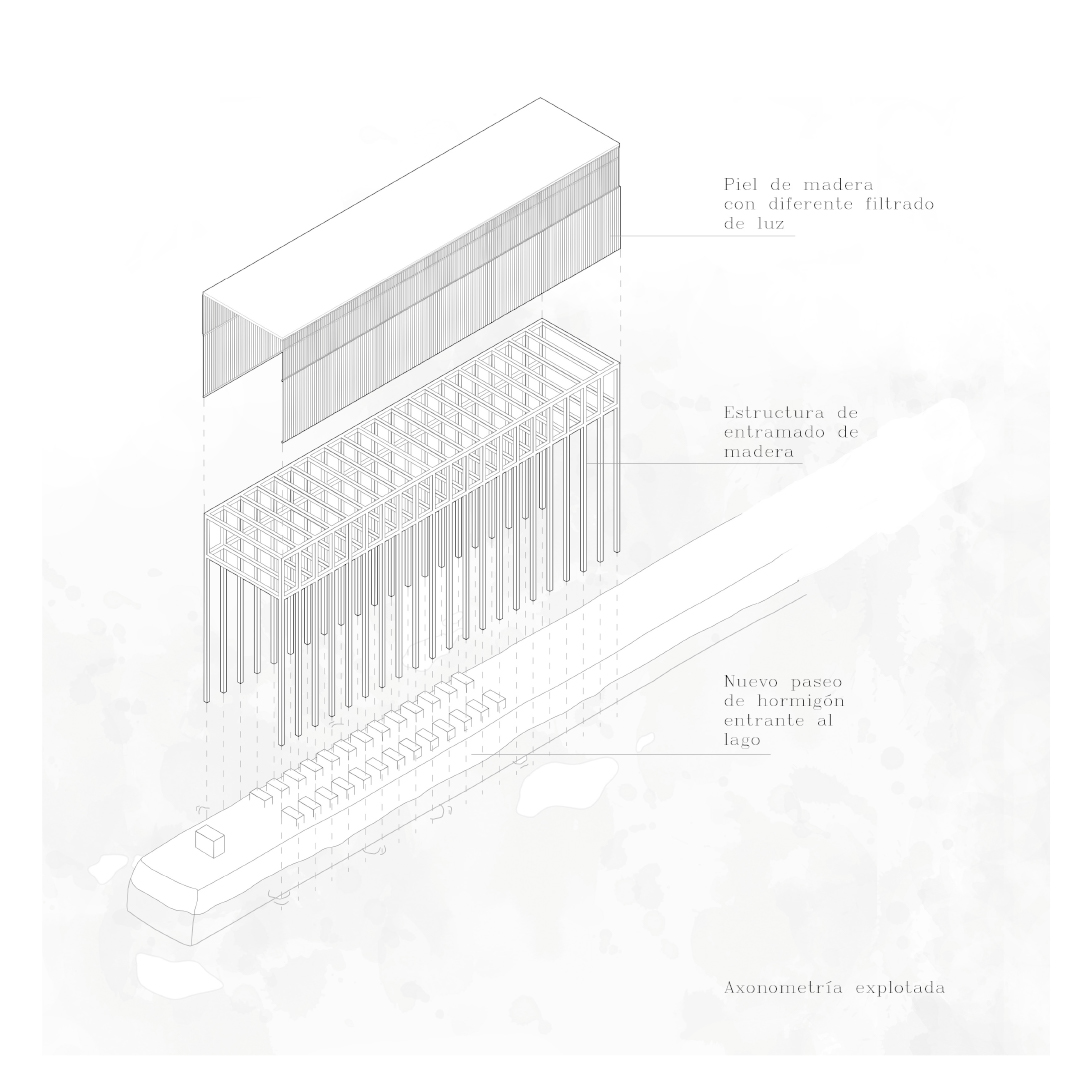 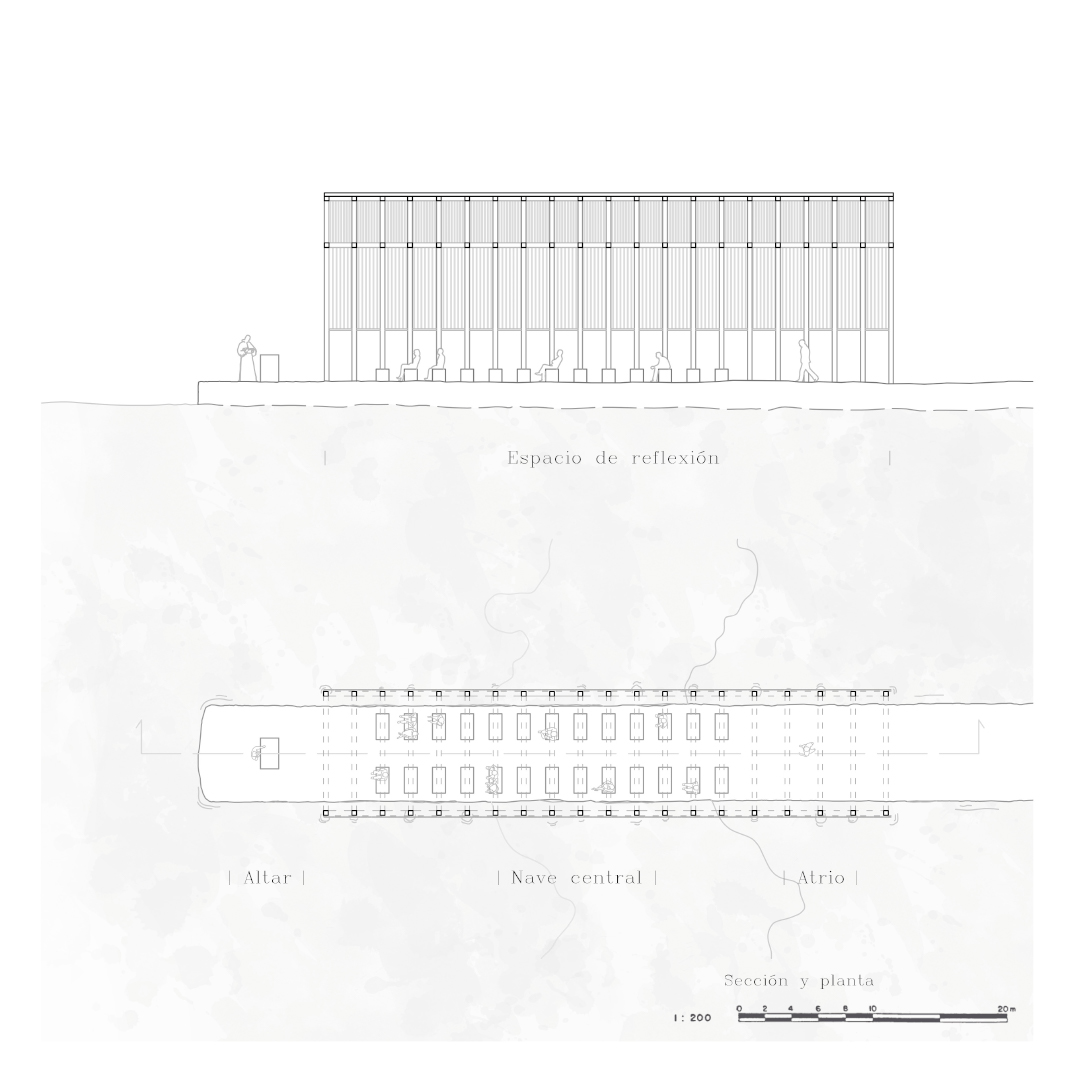 Access to the island is limited by the lake, this means that the only method of entry is by boat. These navigations begin with the Uros, in their traditional reed rafts, still used to tour the points of the lake.Thus, artisanal stone piers were also created that entered the lake that served as shipyards for ships. They still exist on the island and are used as entry and exit points for the routes that cross the lake. 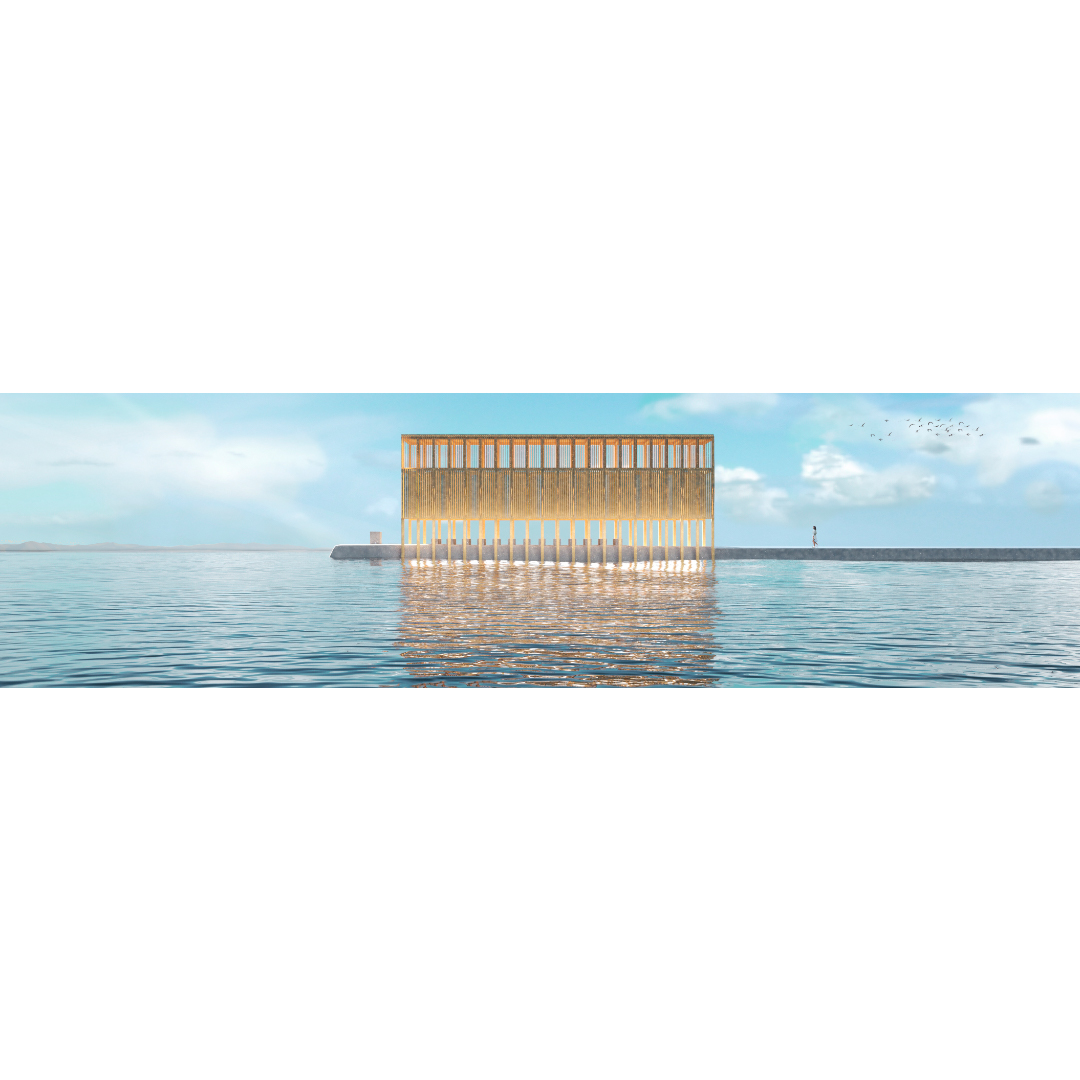 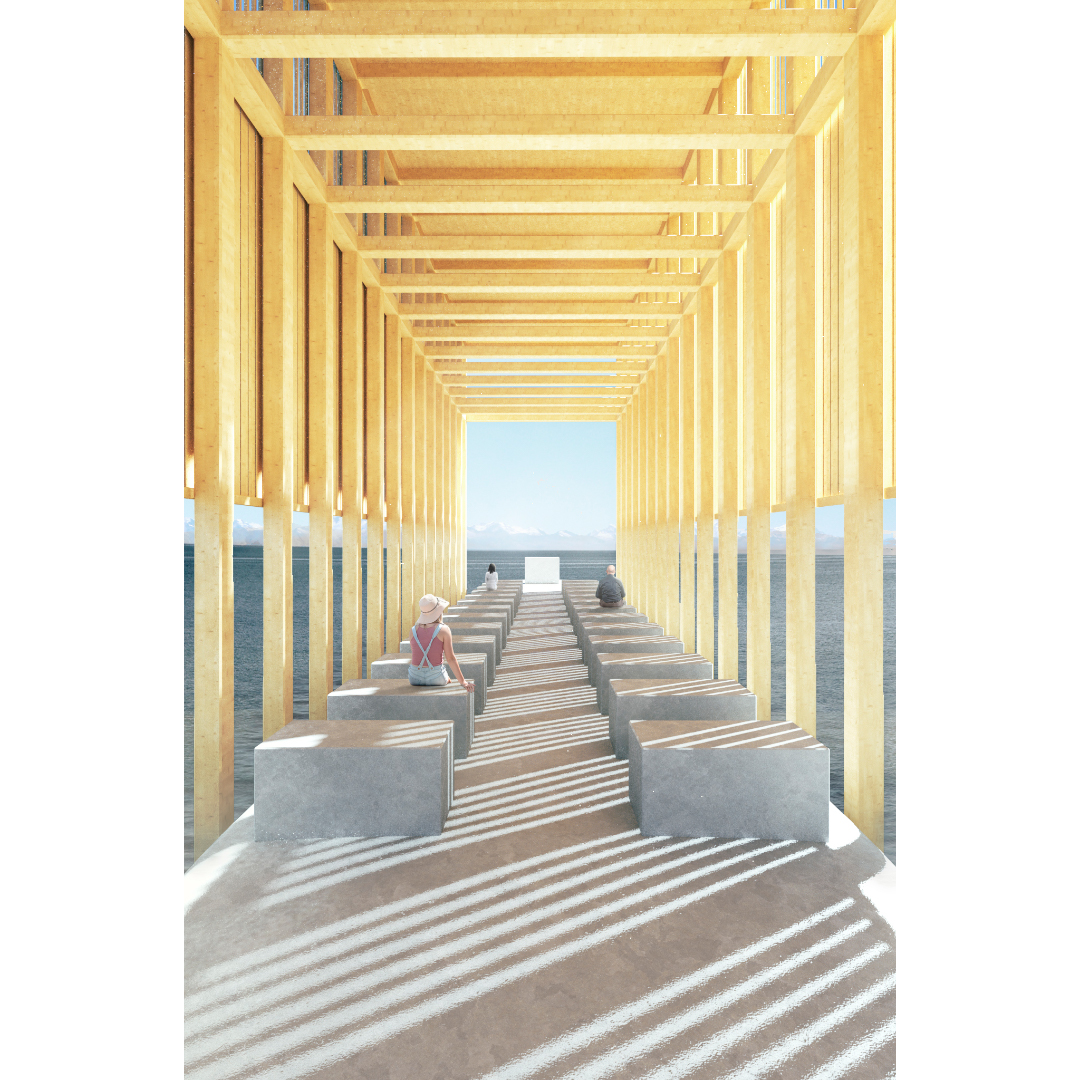 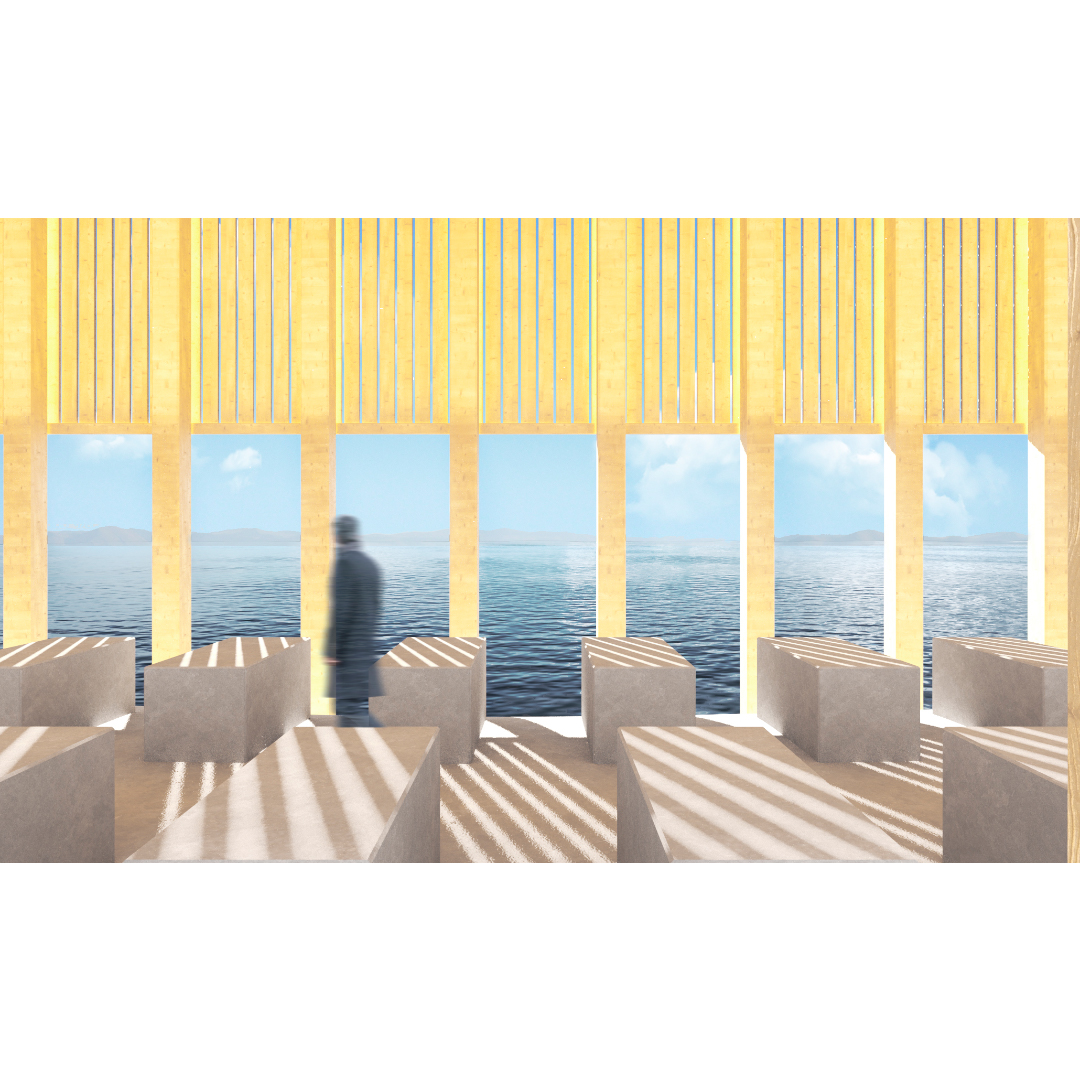 The structure and formalization of the proposal is based on this language. The project is referred to in these elements as a concept. The two materialities dialogue with each other, originating a constructive process. The route is sustained by the hard and heavy road that goes into the lake. At the end of this, a lighter structure takes over the path. At this point an environment of calm and reflection is established where a scenario is recreated for the user as if he were navigating the lake.