Embraced by an Ebro meander, in front of the almost infinite rhythmic landscape drawn by the vineyards of Viña Lanciano, at the vanishing point of the ruins of the Mantible bridge (II BC), a stop along the way opens up to walkers. 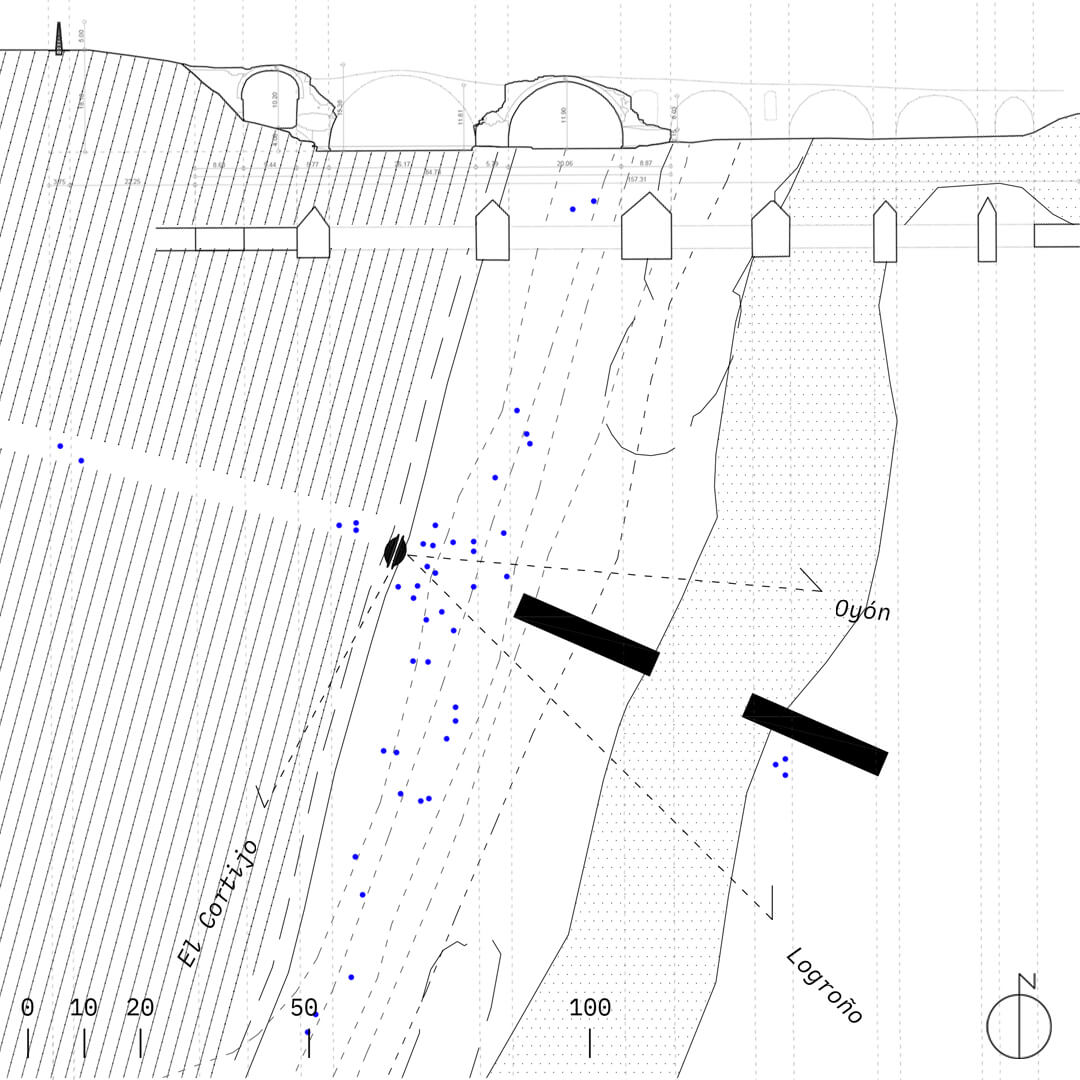 Like an immense sun, the element acts as a container of light, claiming a radical optimism and the possibility of a detour and restart, unfolding on the ground through the water, as a meeting place and reflection from which new perspectives and bodies in re-union are born. Between the static and the mobile, light and shadow generate a sustained dance in the landscape. 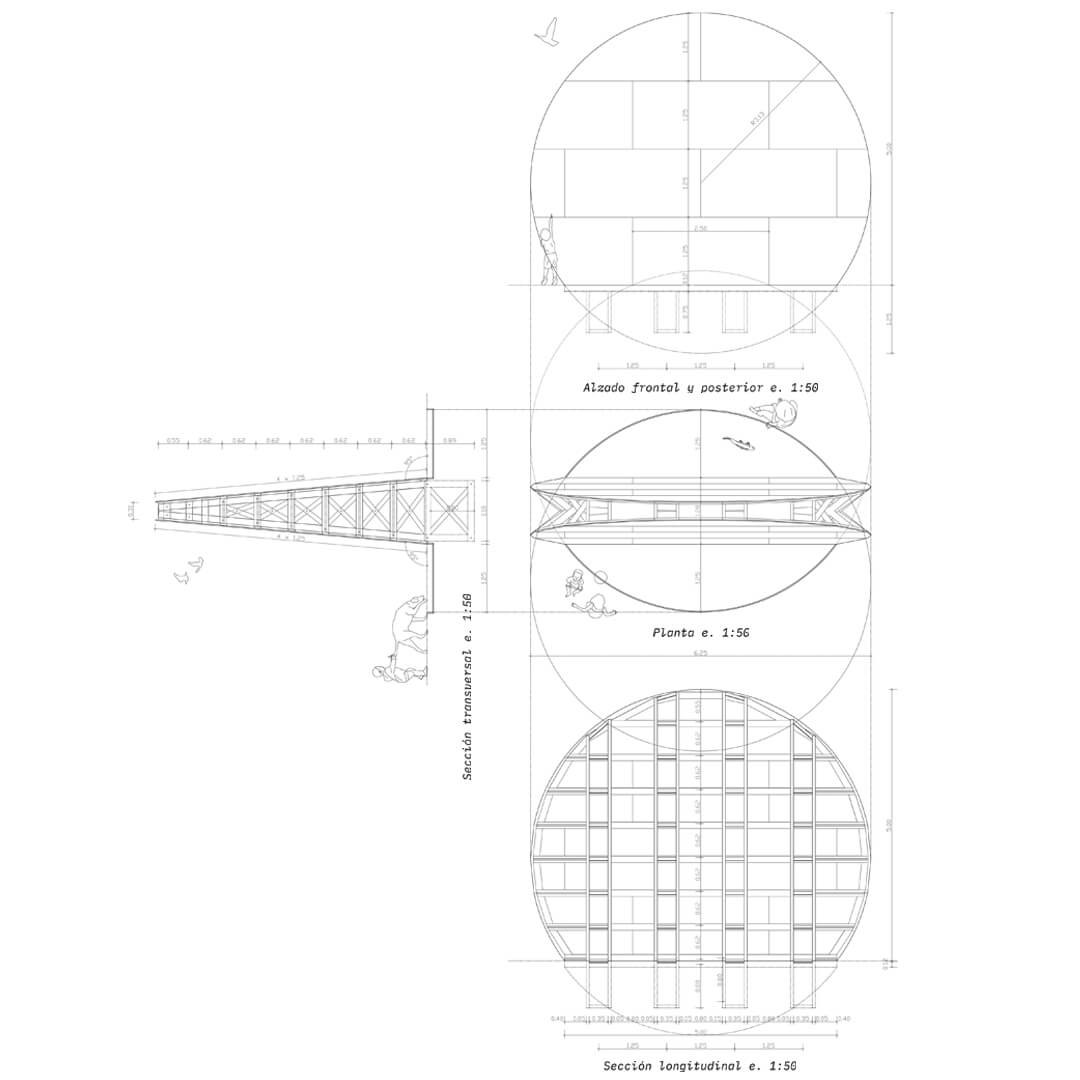 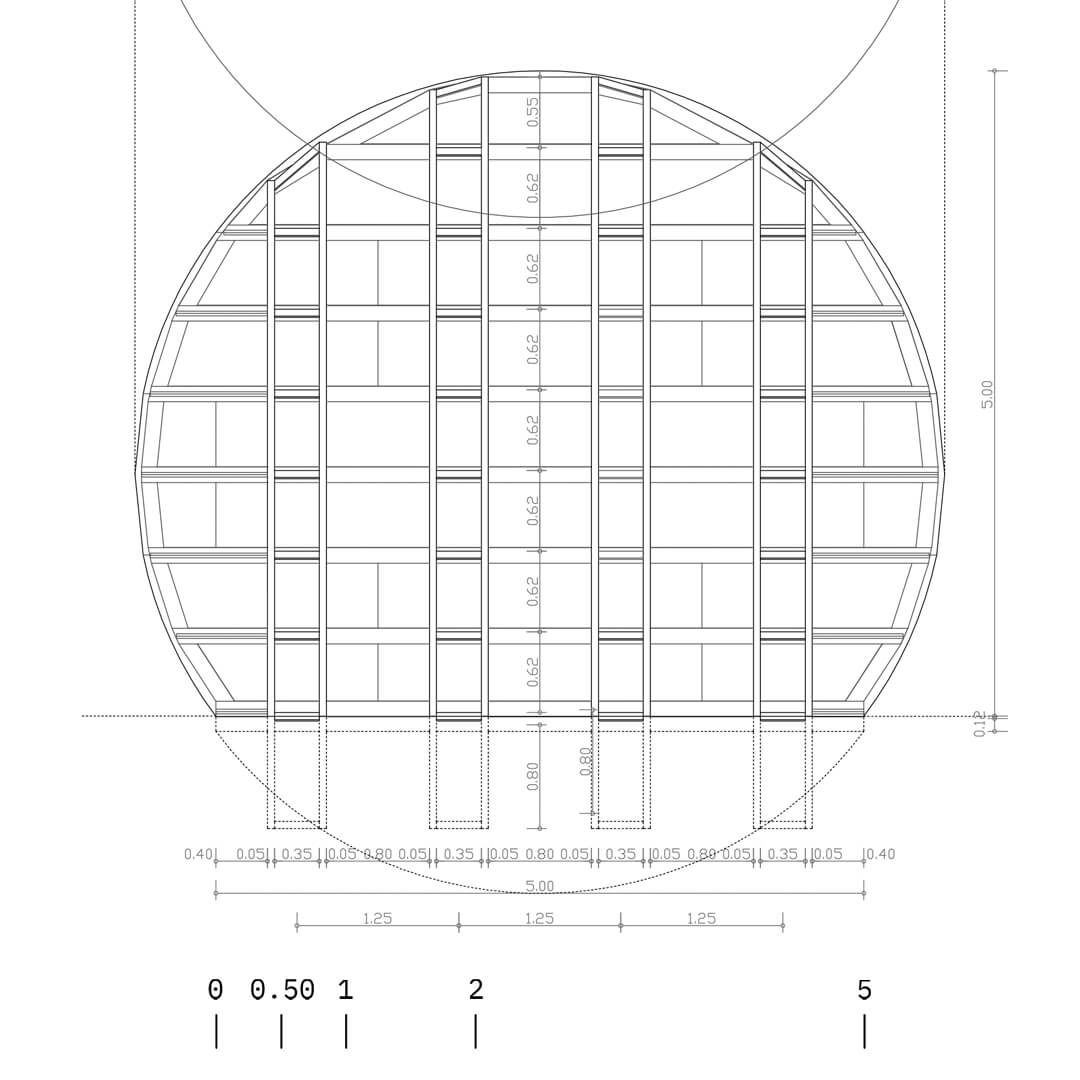 The installation declares itself ambiguous: it rises from the distance as a singular element with a will of protagonism, duplicating the image of the (real) sun. When the passerby approaches from the road, it fades into the horizon with its slender silhouette, only as a shadow trapped between two folding circles. Already in front of it, a generous white circle (5 meters high and 6.25 meters in diameter) is revealed to the walker, creating both a striking figure in the landscape and a backdrop for the festival activities. 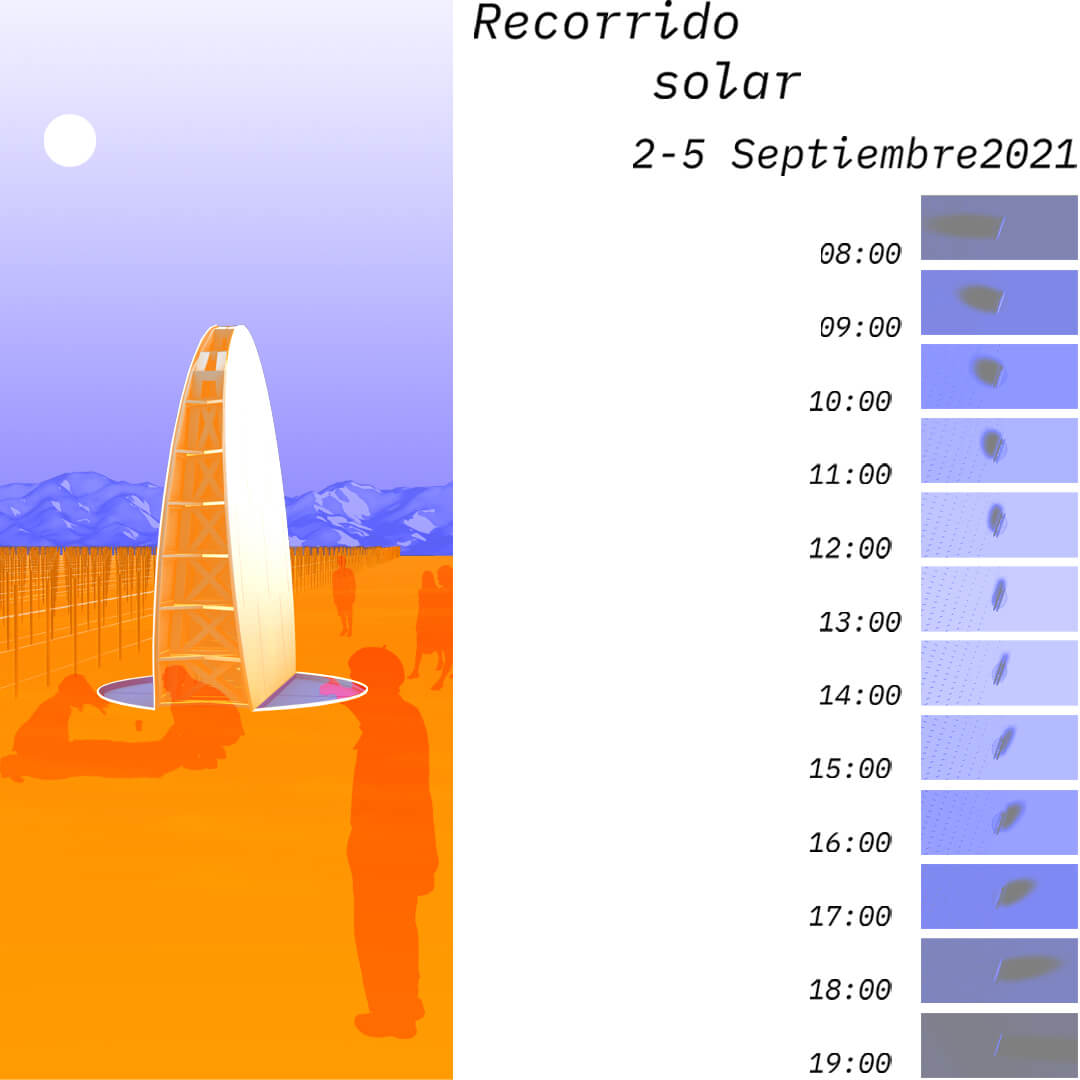 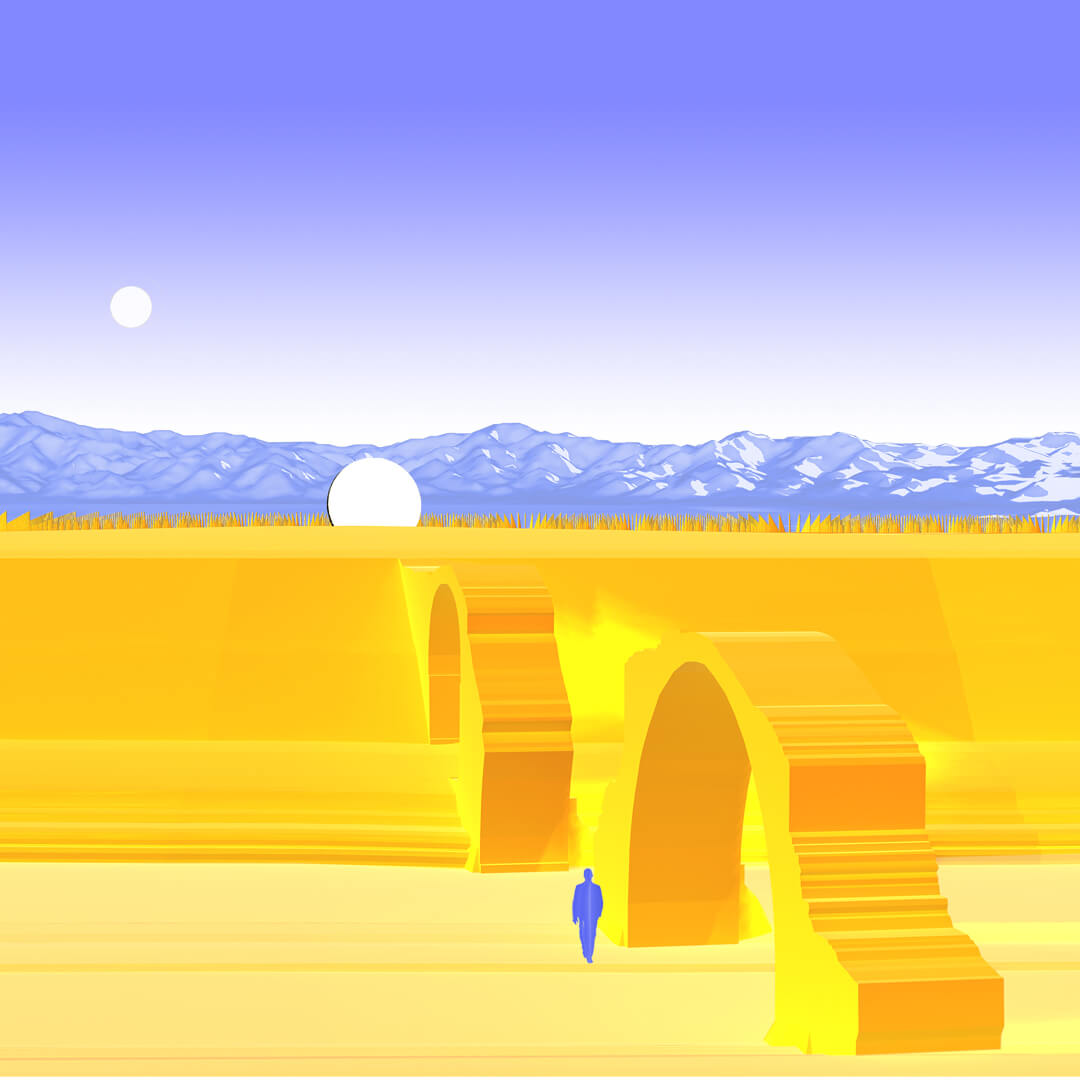 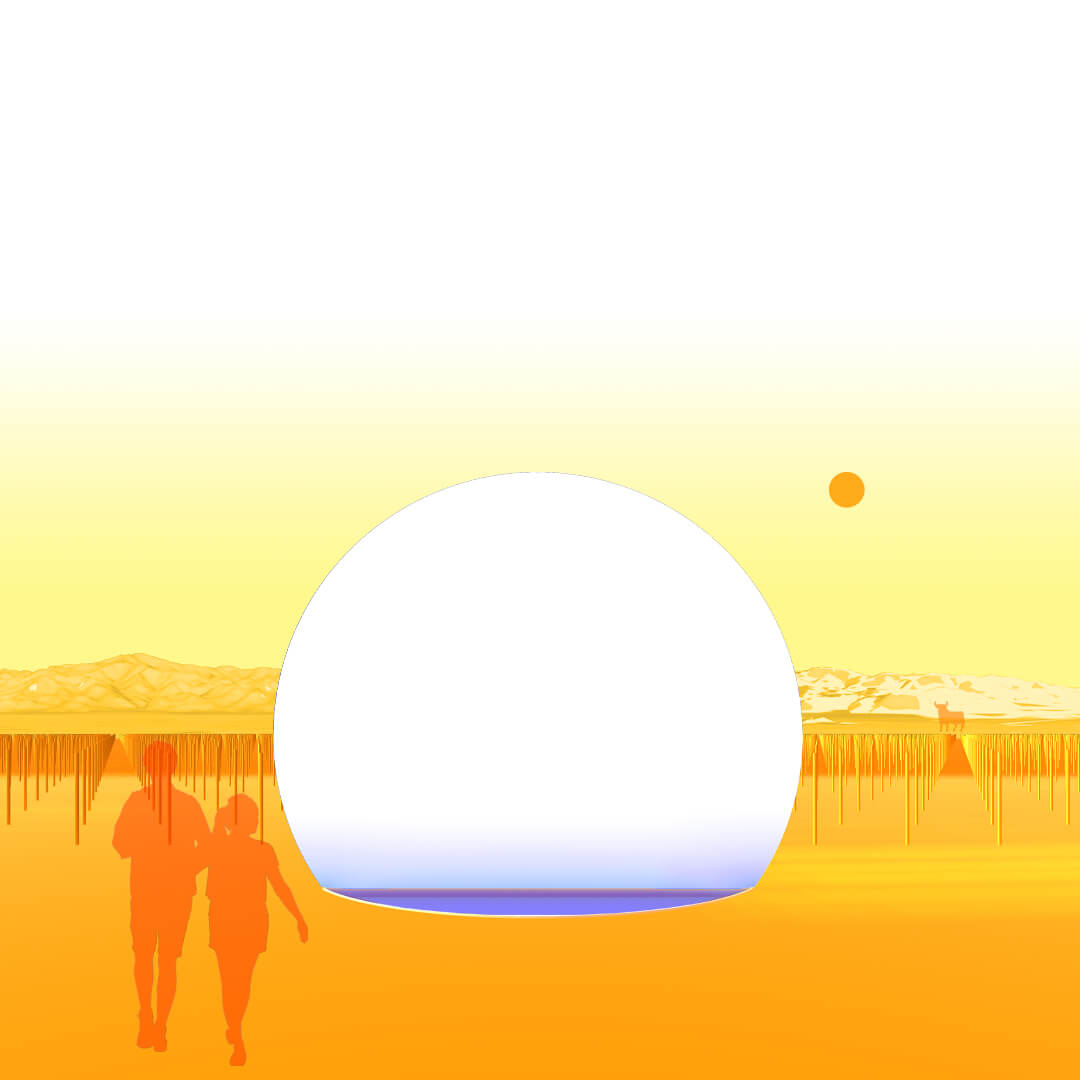 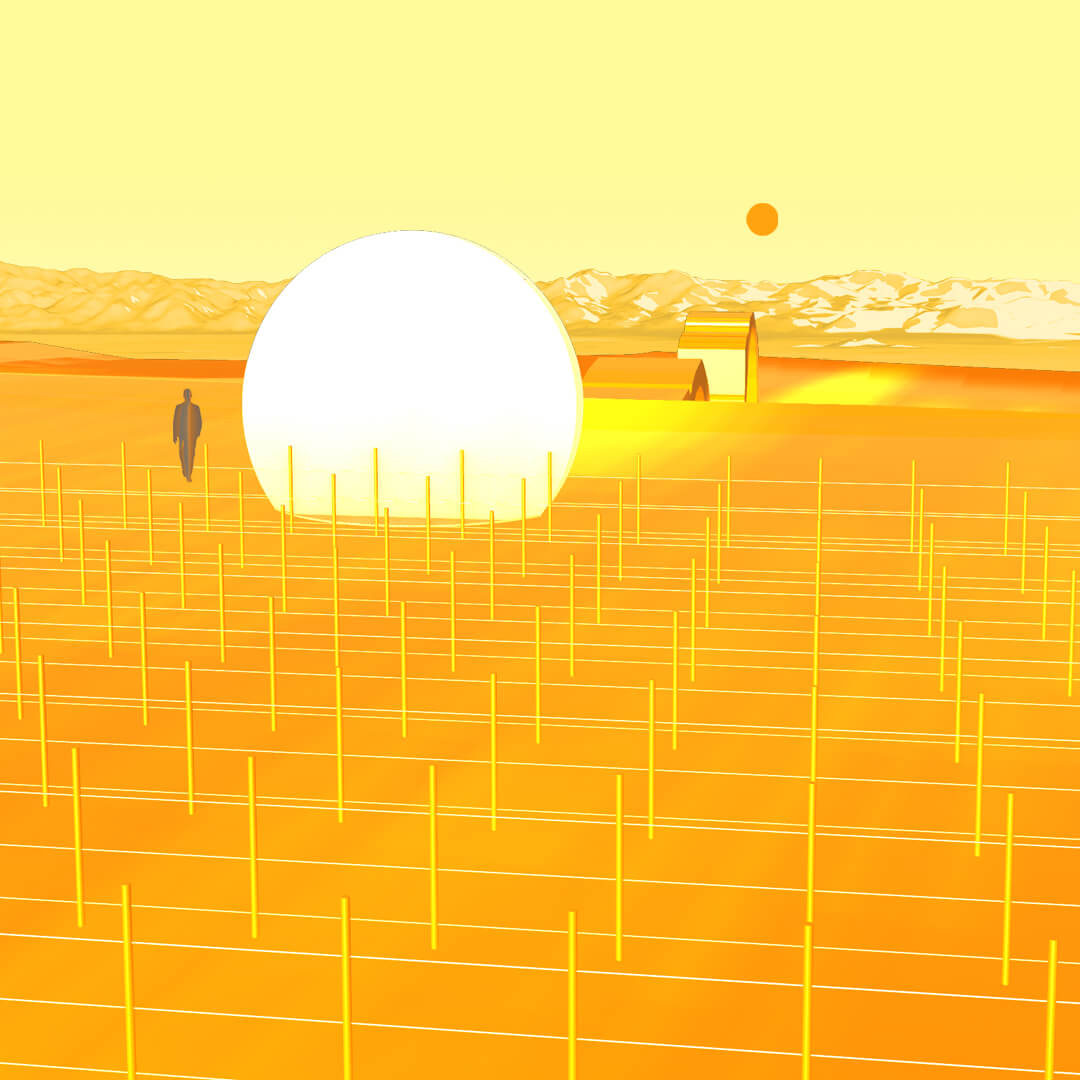 The construction approach is of great simplicity and resembles other well-known constructions in Spain, such as the Osborne bull or billboards along the road: Four lattice pillars support the substructure, to which large-format Garnica panels are screwed. These pillars are screwed in a horizontal position and then lifted by a truck crane.
The 5 meters high installation vindicates the use of wood, optimizing the design according to the dimensions of the material provided, of exceptional quality, and using it for 100% of the construction: structure, substructure and exterior panels, to which two coats of white acrylic paint are subsequently applied. 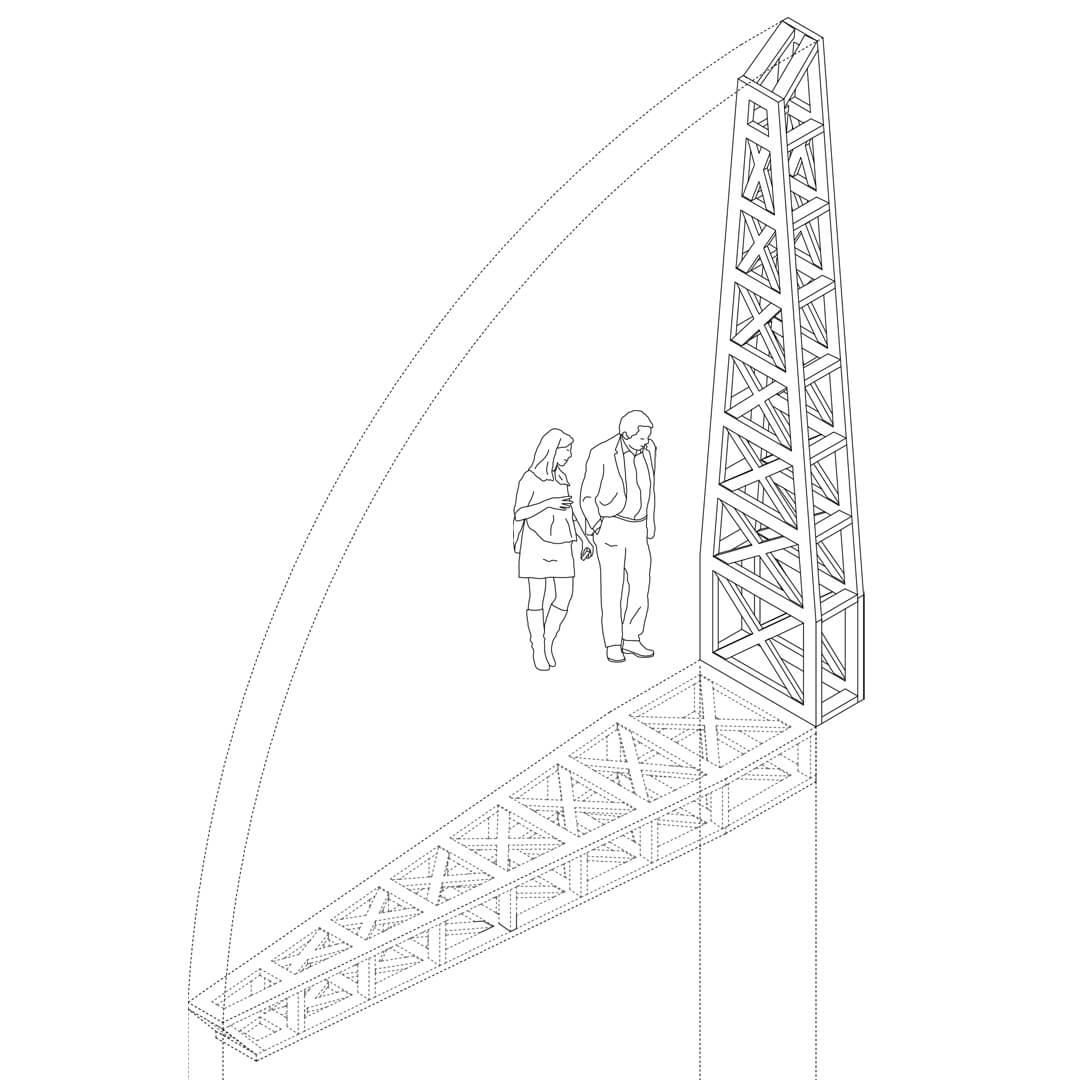 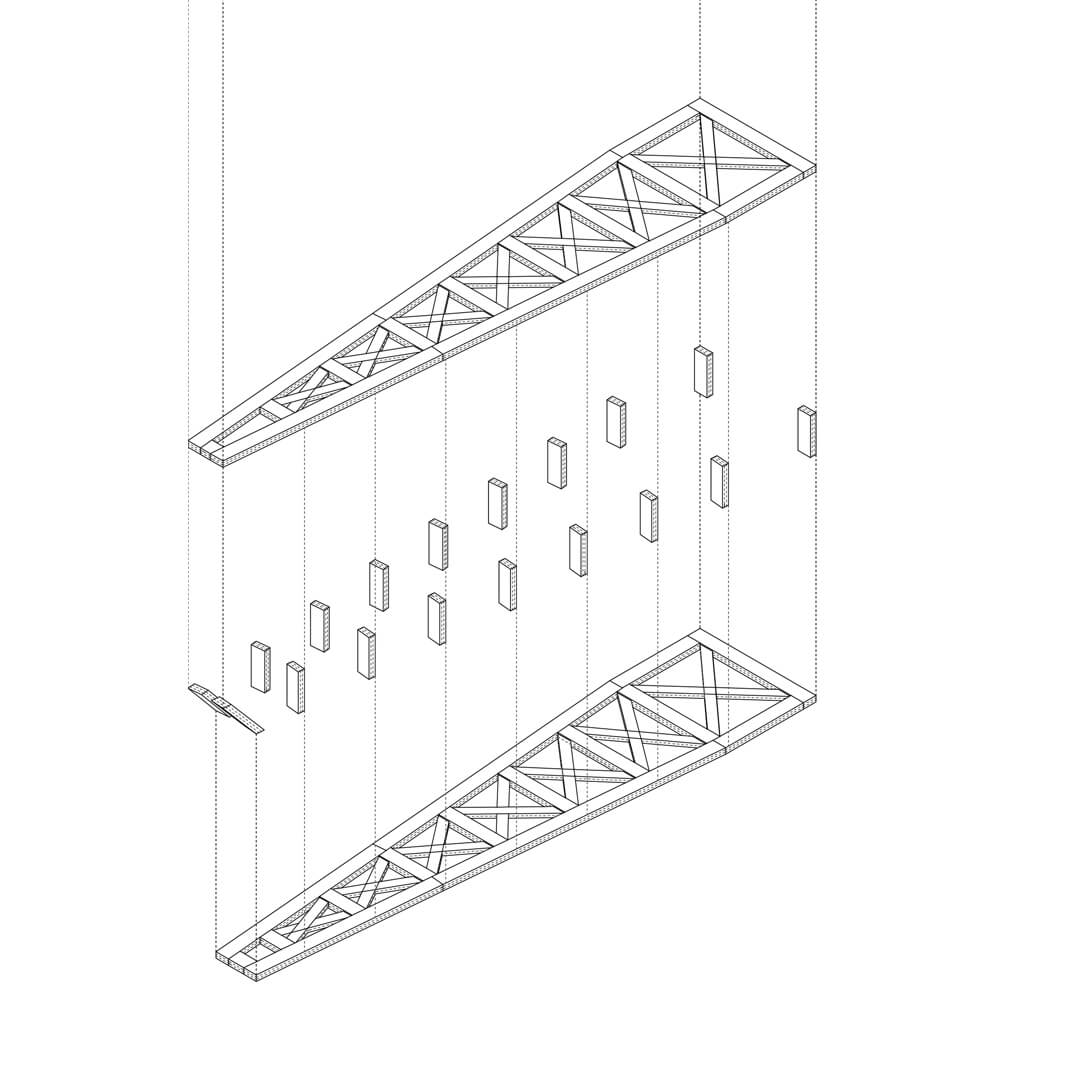 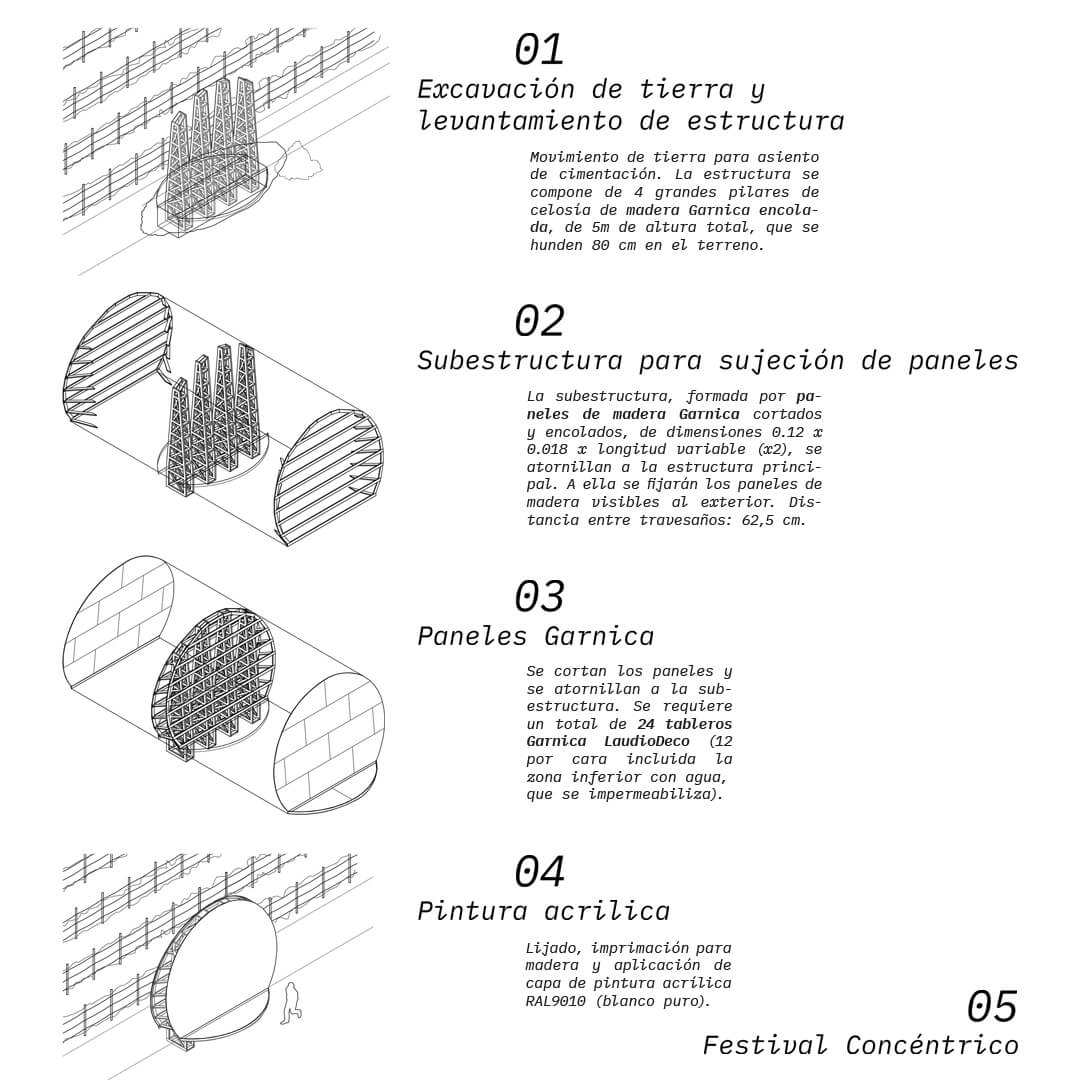 Construction process:
1. Earth movement and lifting of structure:
Earth movement for the foundation. The structure is made up of 4 large, 5-meter-high, glued wood lattice pillars, which are sunk 80 cm into the ground.
2. Substructure for panel support:
The substructure, consisting of cut and glued Garnica wood panels of dimensions 0.12 x 0.018 x variable length (x2), is screwed to the main structure. The wooden panels visible to the outside will be fixed to it. Distance between cross members: 62.5 cm.
3. Screwing of Garnica panels:
The panels are cut and screwed to the substructure. A total of 24 Garnica LaudioDeco panels are required (12 panels per side including the lower area with water, which is waterproof).
4. Application of acrylic paint:
Sanding, wood primer and application of acrylic paint RAL9010 (pure white).