Due to the peculiarity of the environment in which we find ourselves, we understand that this pavilion must unfold along the garden itself, sometimes embracing it and other times denying it, sometimes erasing the boundary between them and seeking to complement each other. 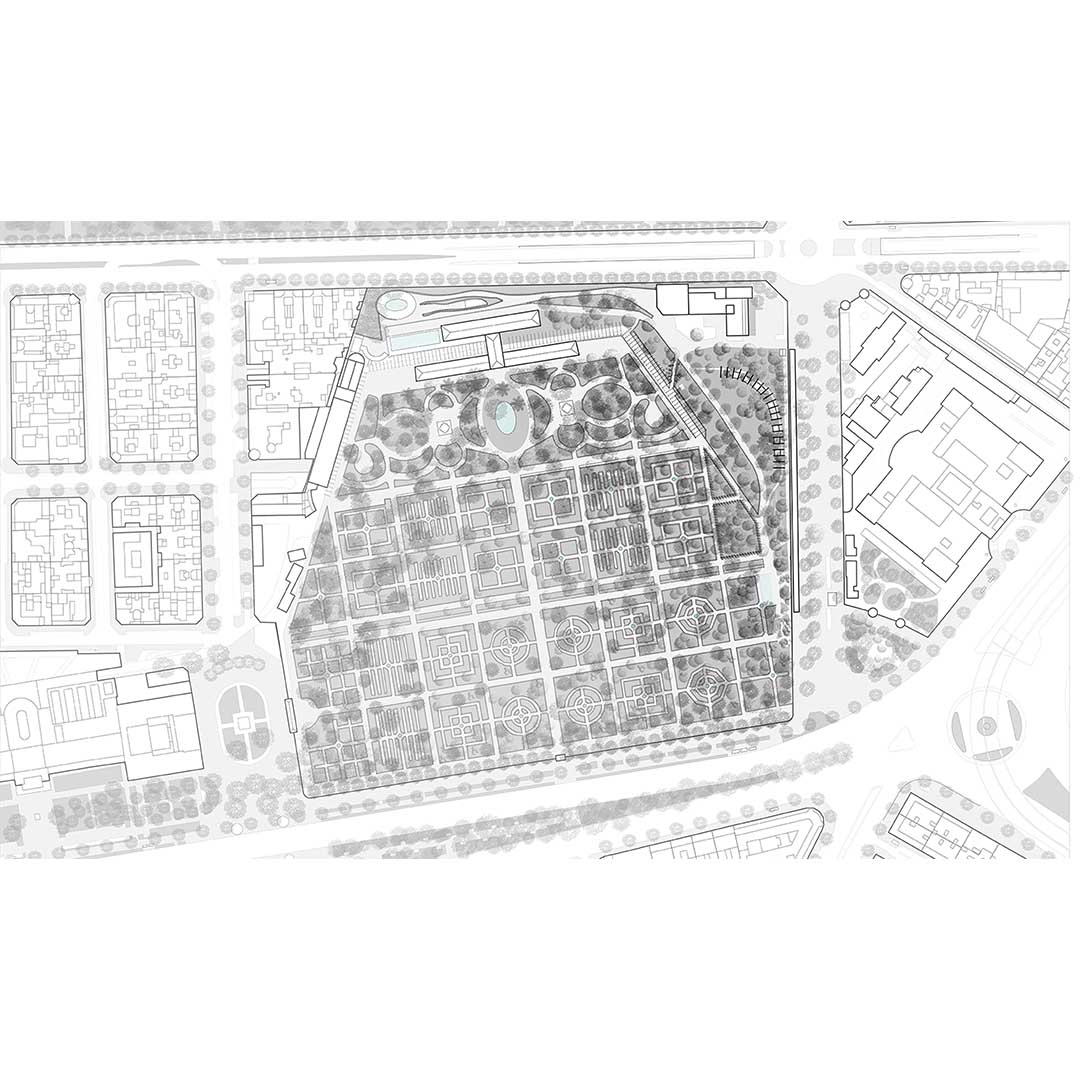 Currently the bonsai are housed in a path that culminates in a small raised square behind the Villanueva Pavilion. As a proposal to expand the exhibition, we decided to move to a quieter and more isolated place. 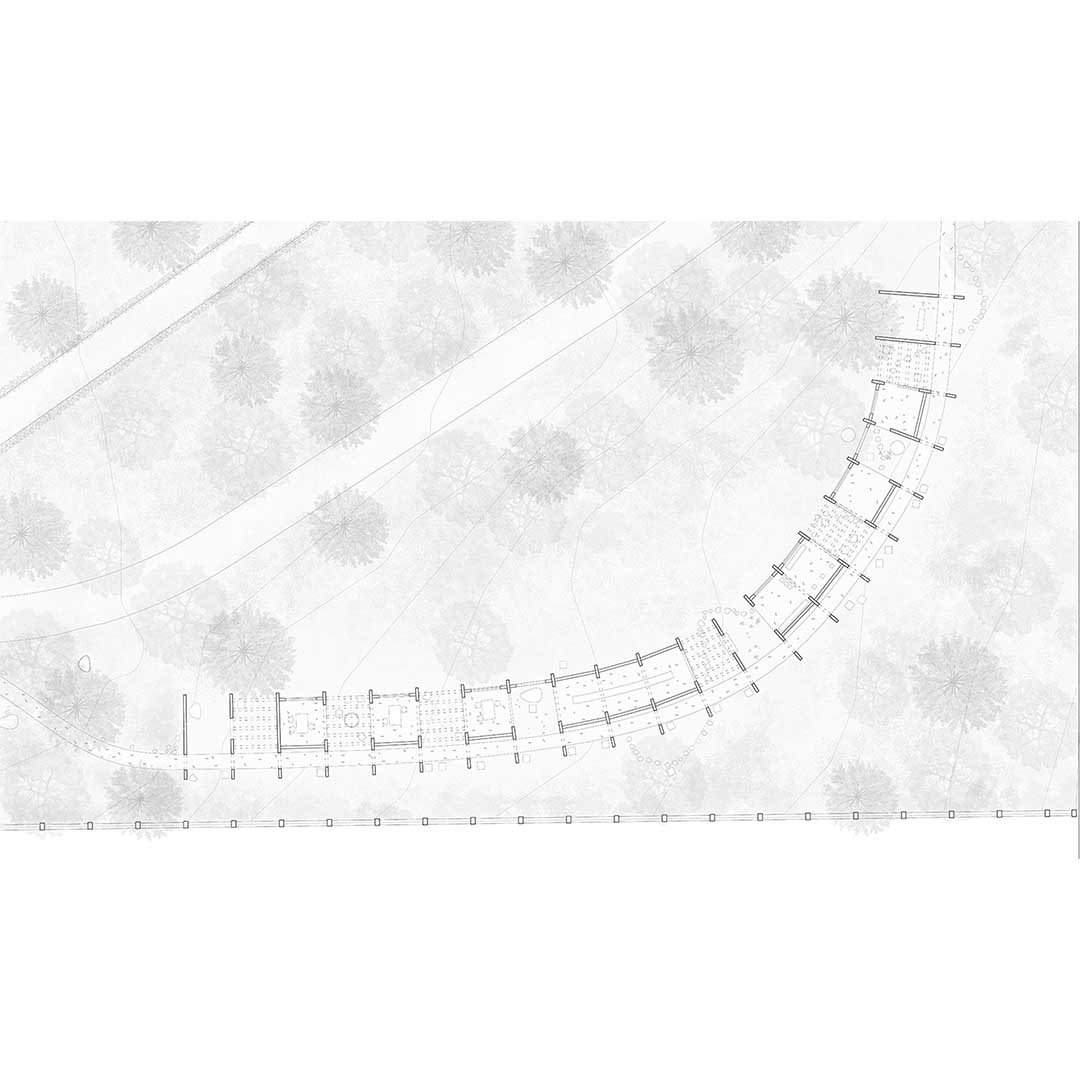 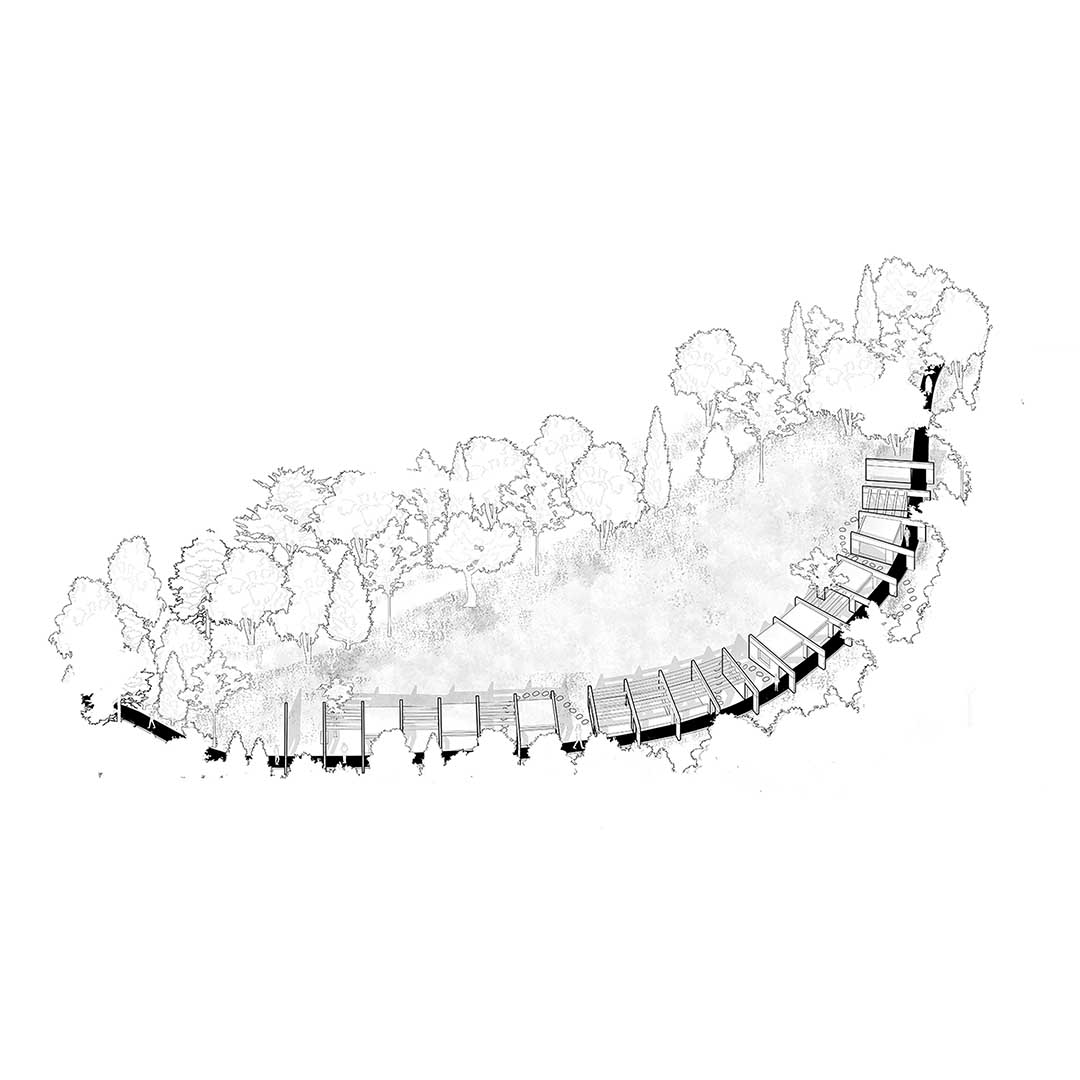 Adopting the concepts of Japanese architecture related to its gardens, the respect that is had for the natural environment they inhabit and how they open to it, the project proposes to create a new route for the garden through a sequence of rhythmic spaces with perpendicular ceramic walls and permeable to each other. With these walls we seek to contain nature, bringing it towards us, and frame the garden thus creating a borrowed landscape, shakkei, in the same way that bonsai is a representation of nature on a smaller scale contained in a ceramic pot. 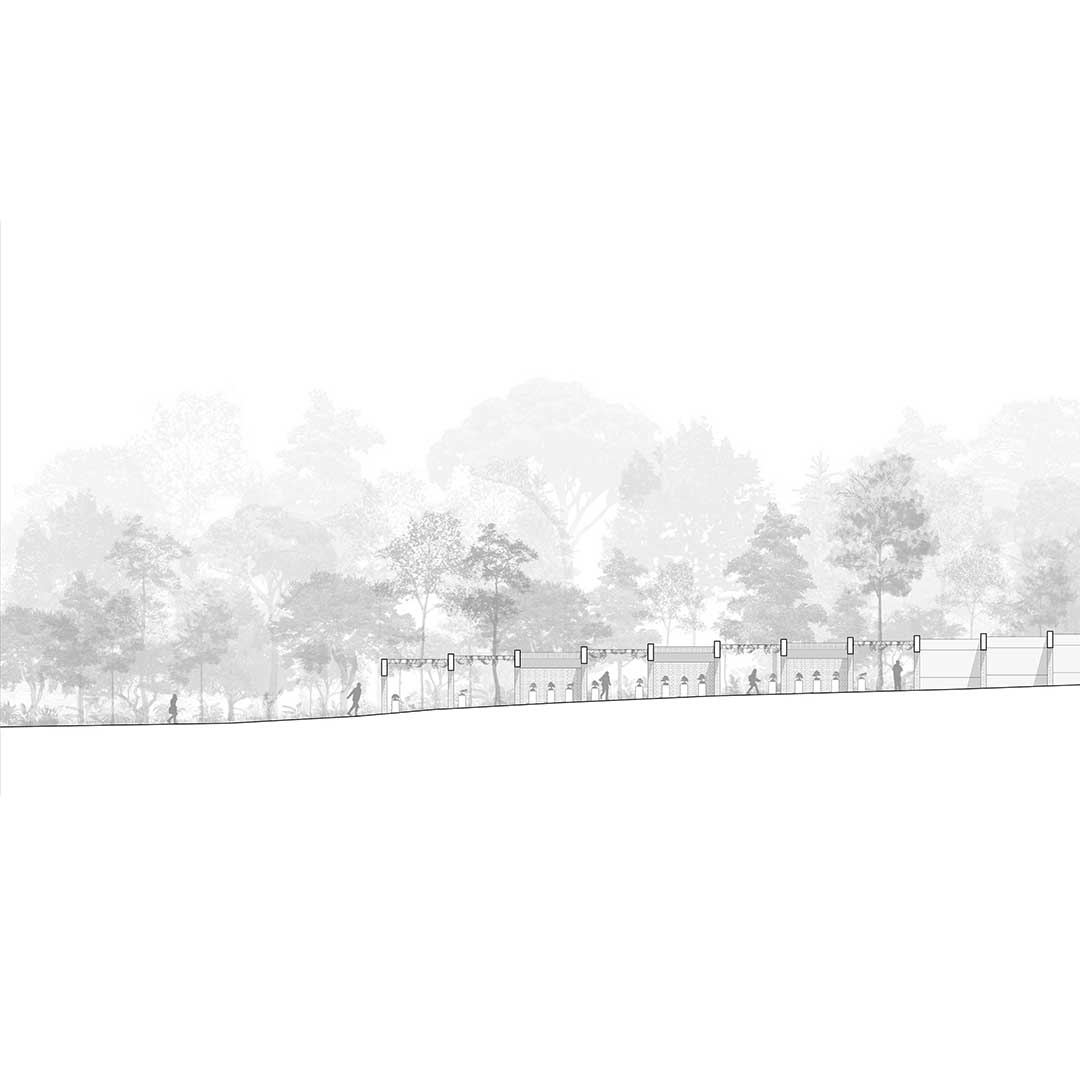 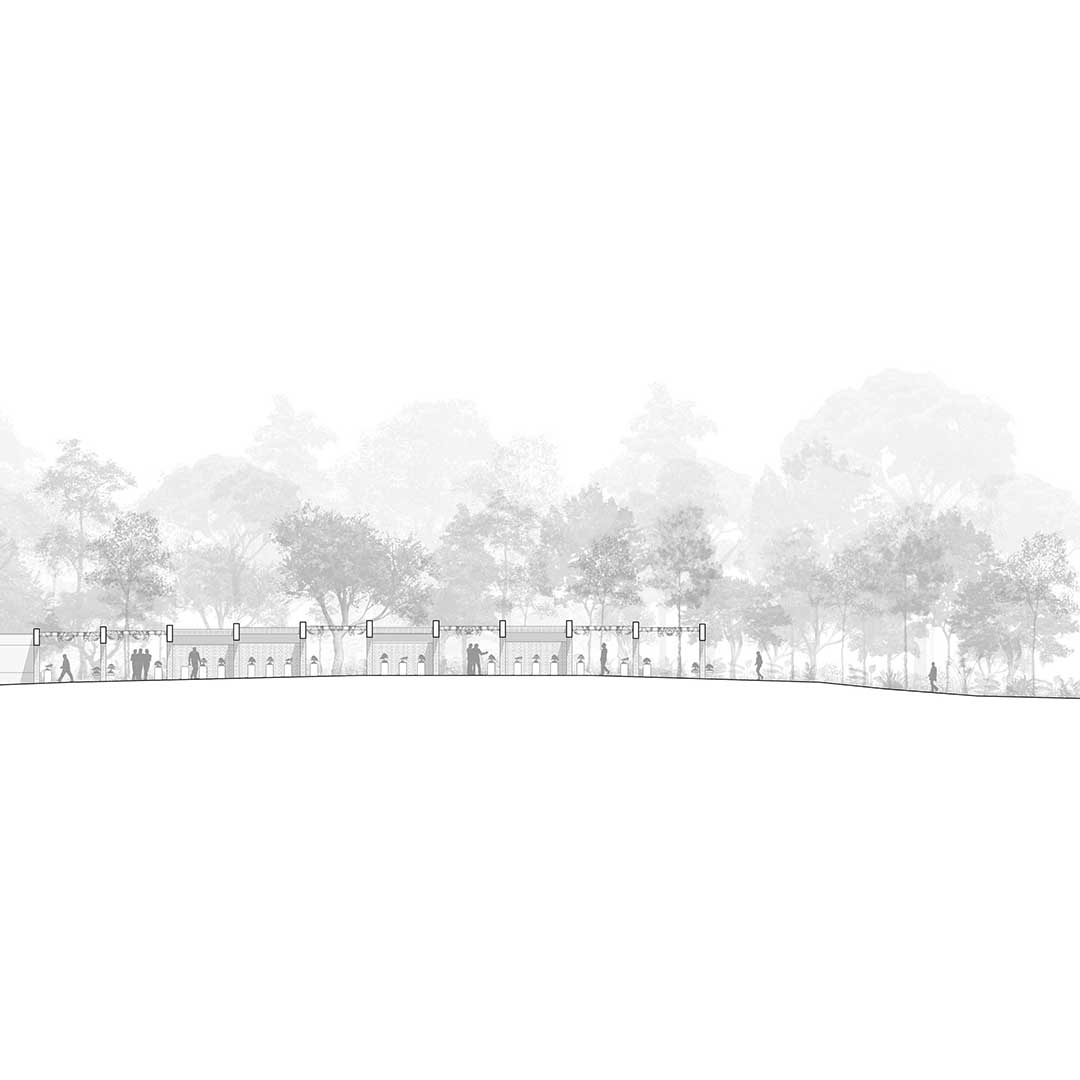 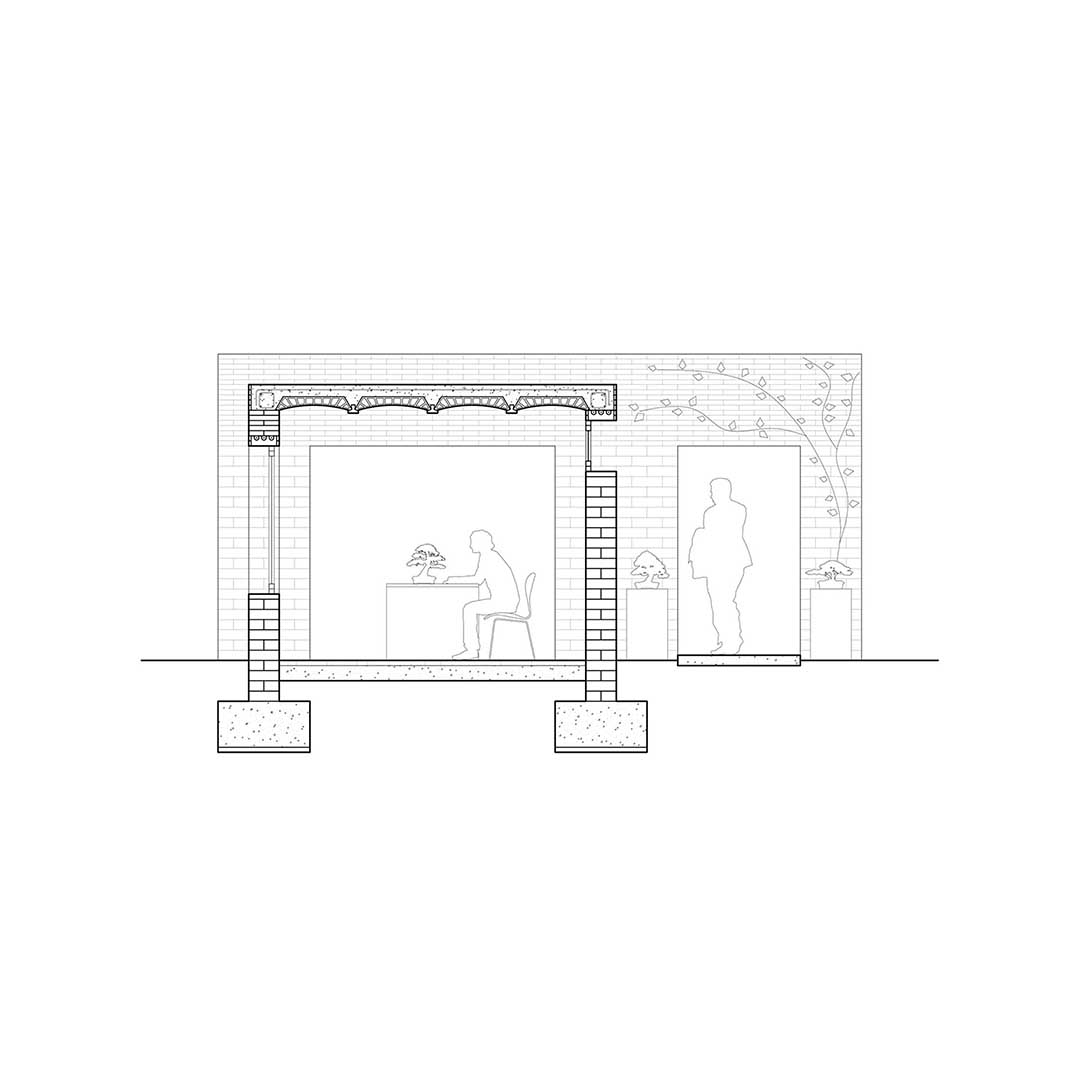 The project is developed along a delicate layout that starts from a pre-existing path. Looking for some privacy, the route enters through a denser wooded area along a path paved with fragments of recycled brick where the first of the twenty-two facades that make up the building appears. The walls are always perceived in foreshortening, and thanks to the perspective they generate they become a diffuse element that, although it fades, is still present. These facades are exposed brick load-bearing walls on which horizontal elements such as roofs and pergolas sit, and in some cases the very atmosphere of the garden with its green roof. 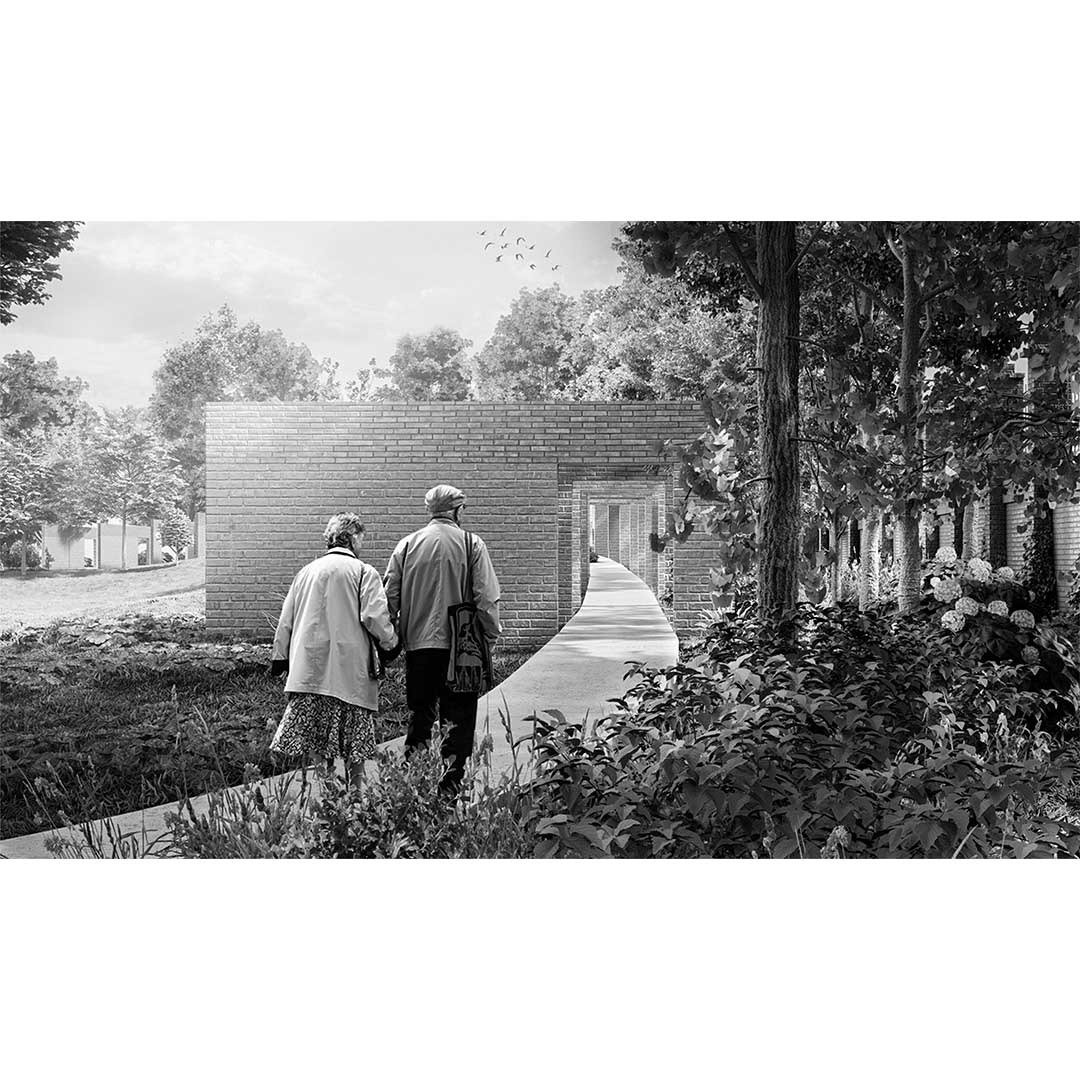 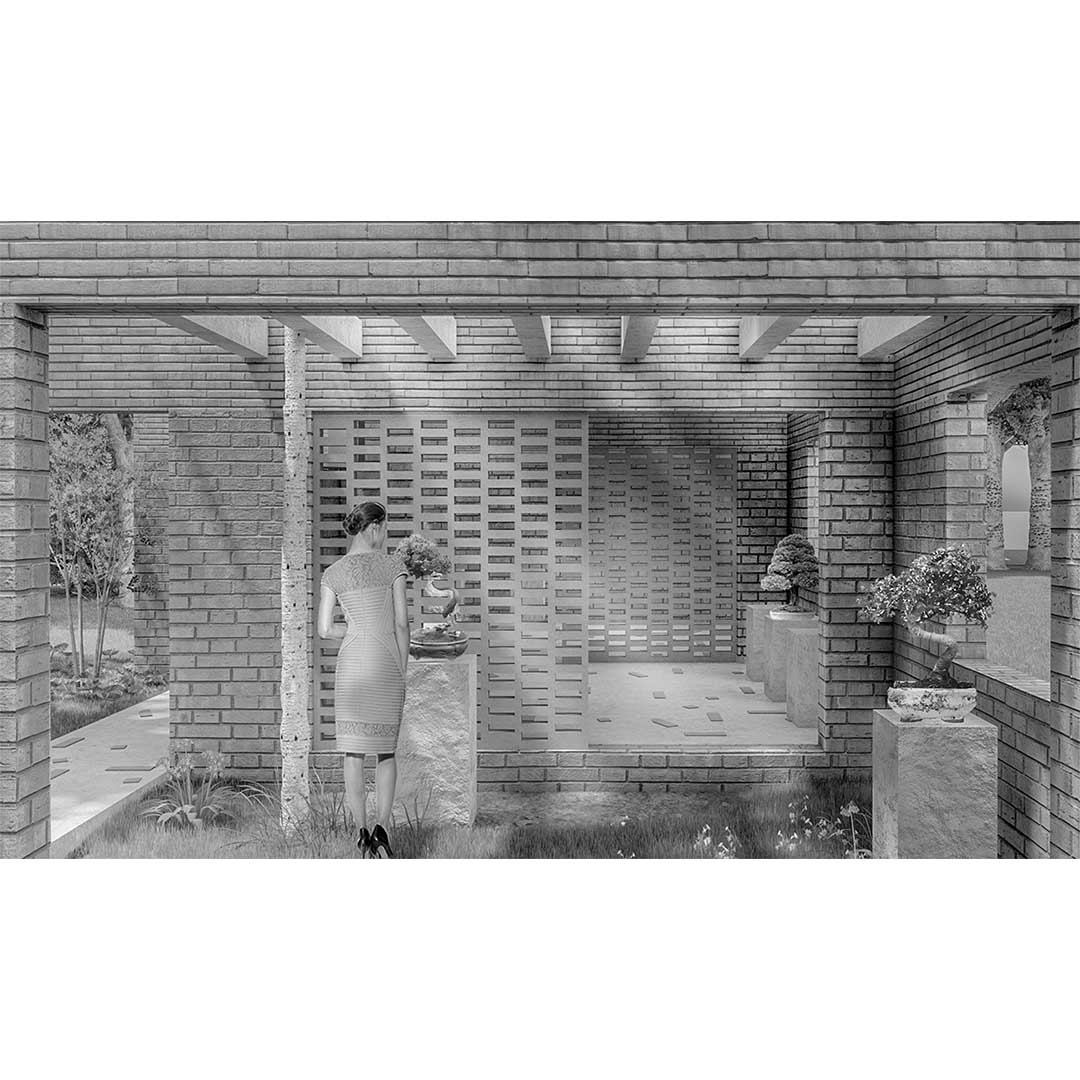 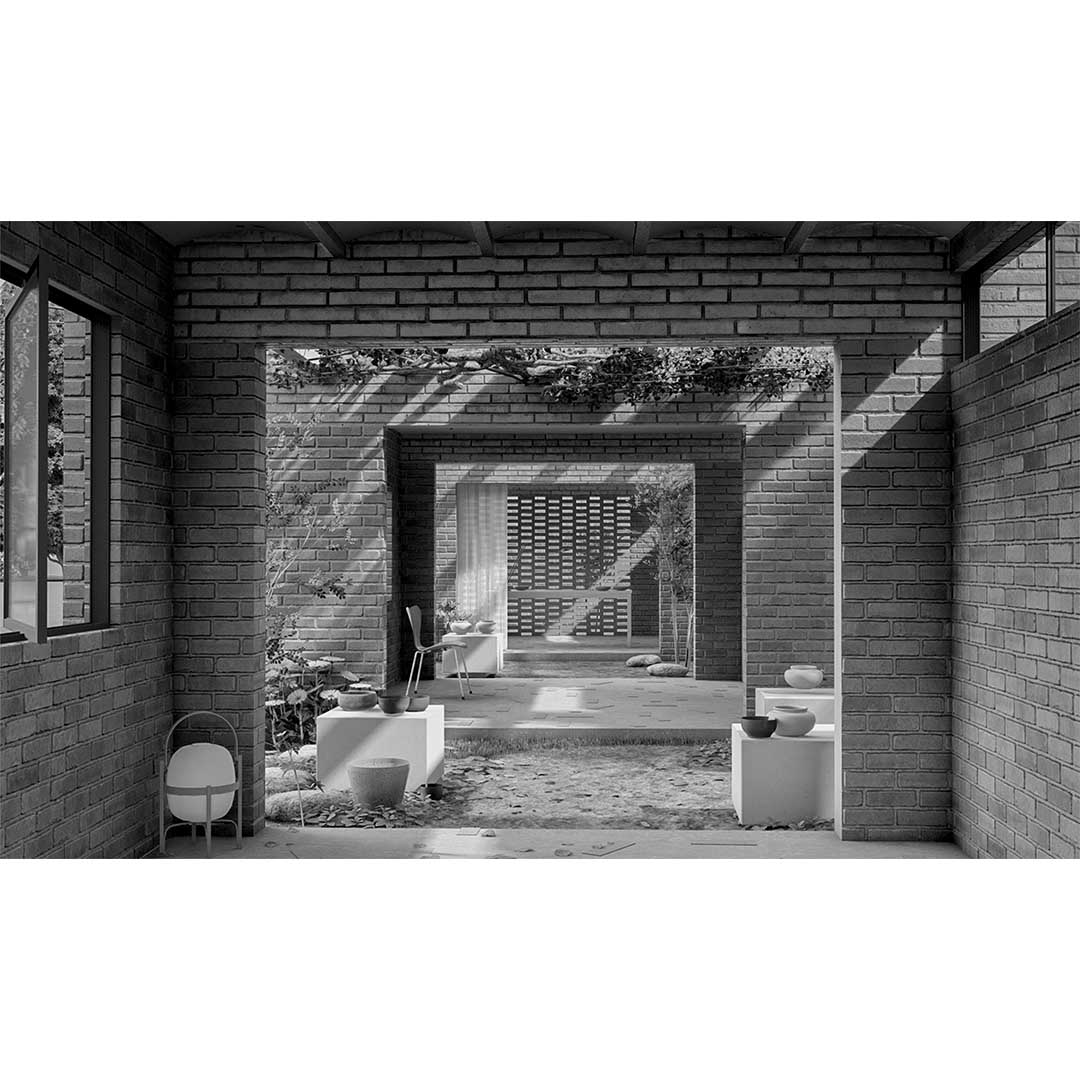 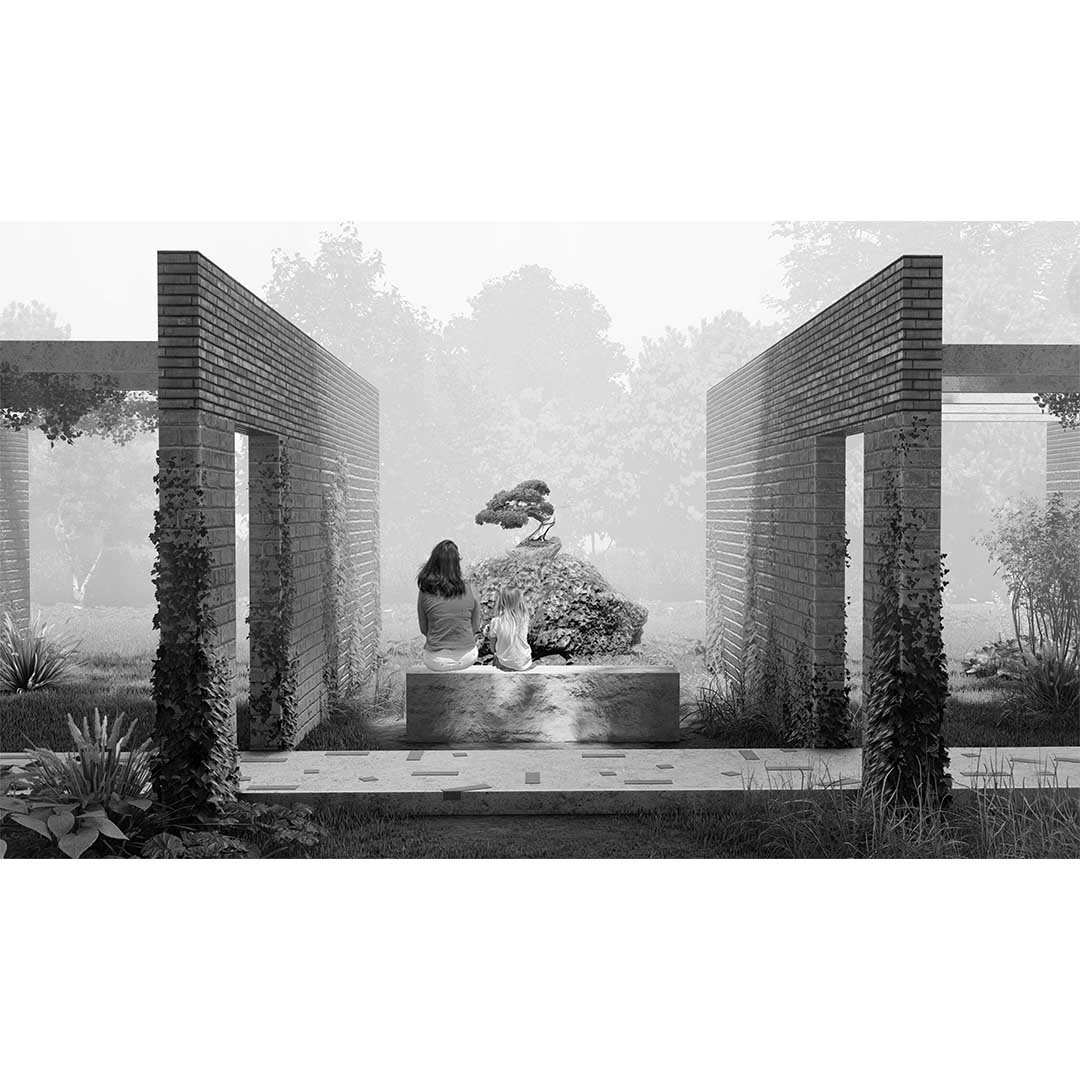 The transversal walls to the main structure build classroom-like spaces, which house the most intimate part of the program, the workshops. With a horizontal opening at the top of the wall facing south, an entrance of overhead light is achieved and an atmosphere of privacy inside, while, as a counterpart, the opening to the north frames a view of the landscape of the botanical garden. All this space is covered by a unidirectional slab of reinforced concrete joists and curved ceramic vault. These joists, supported on a load-bearing wall, extend beyond this and are linked to the next, generating a solar filter on the roof in which the ivy can climb the wall until they become entangled in them and form a new ” forged ”that blends part of the building with nature.