With it’s whole form, it could be taken as an antithesis, the reflection of fastly developing city by balancing the surrounding highrises. 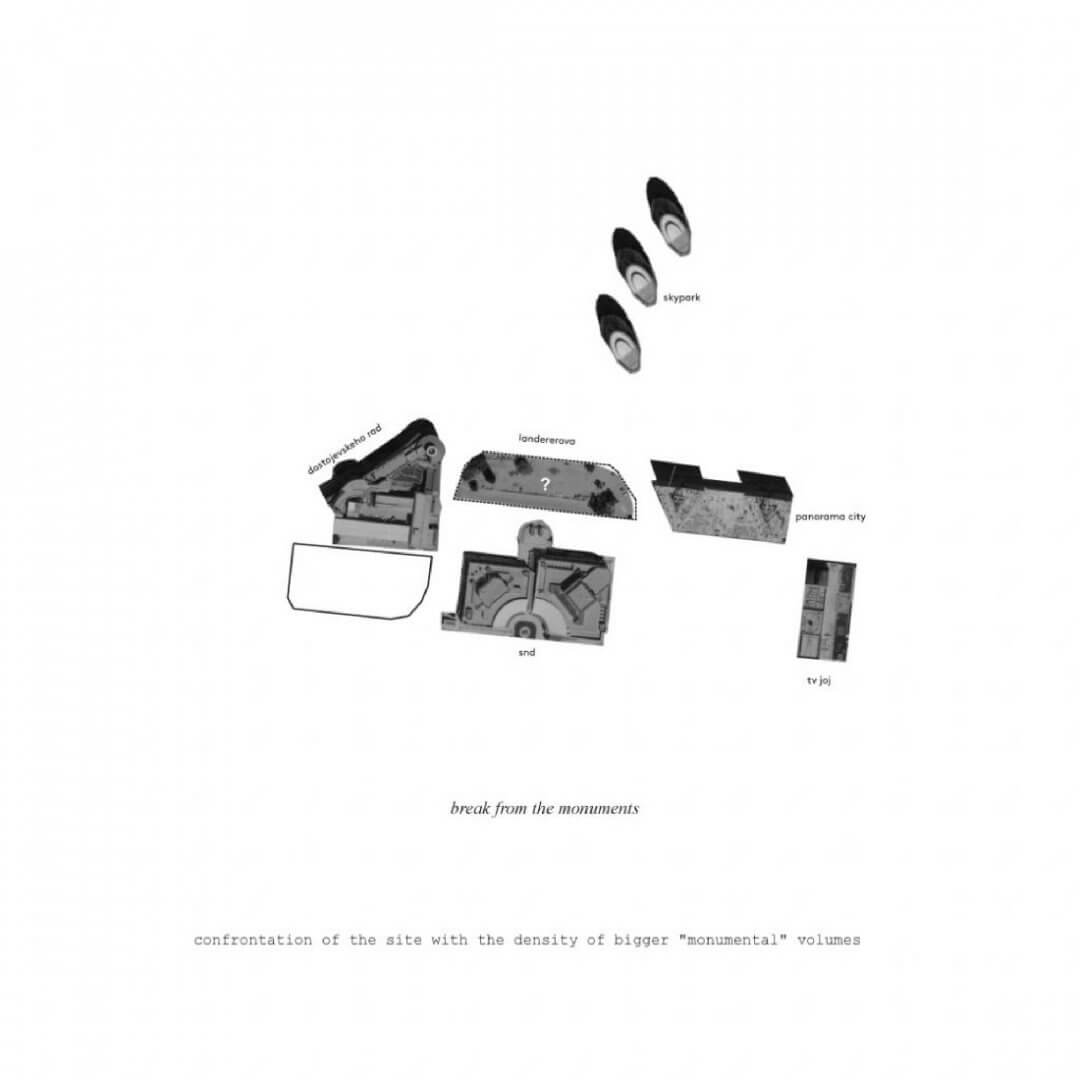 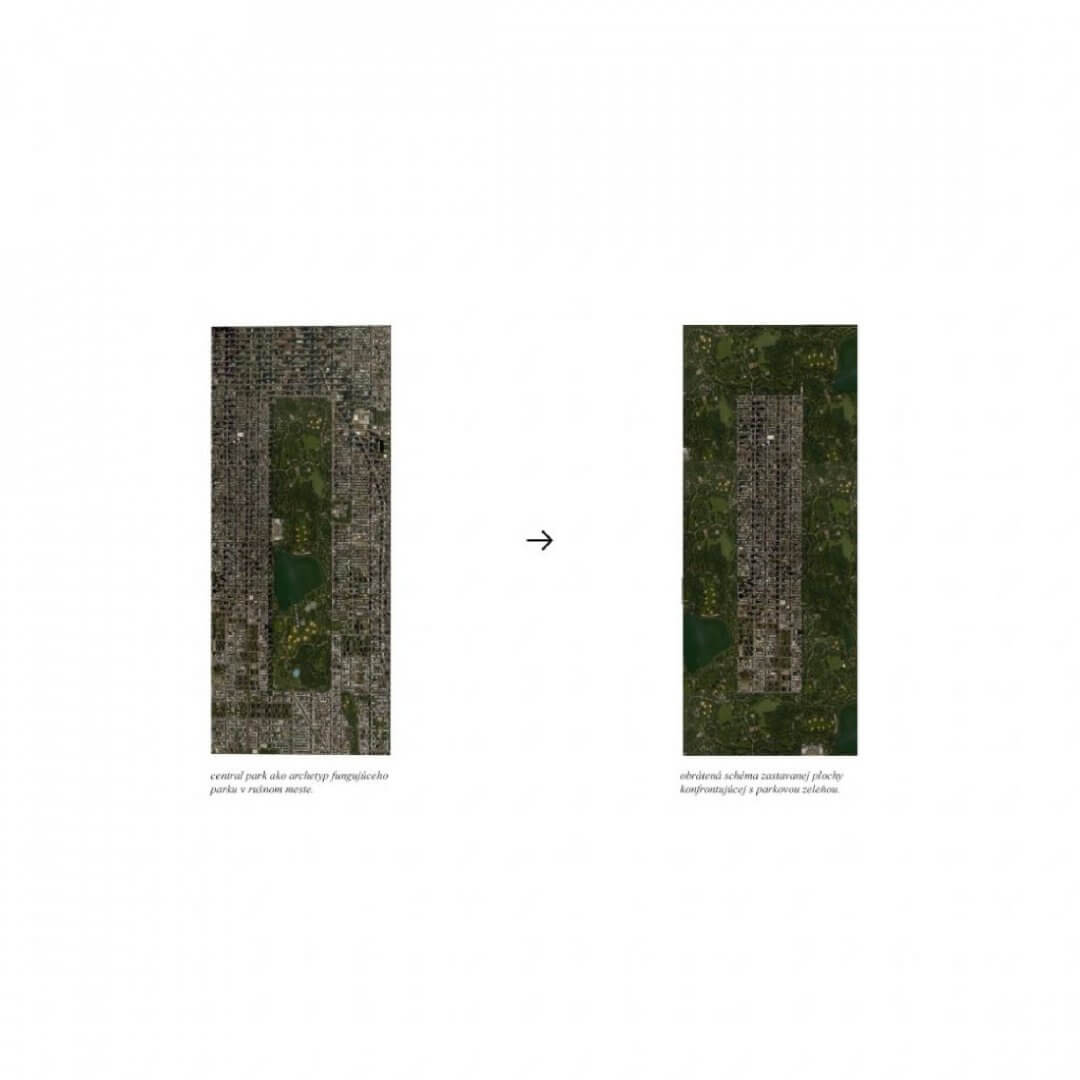 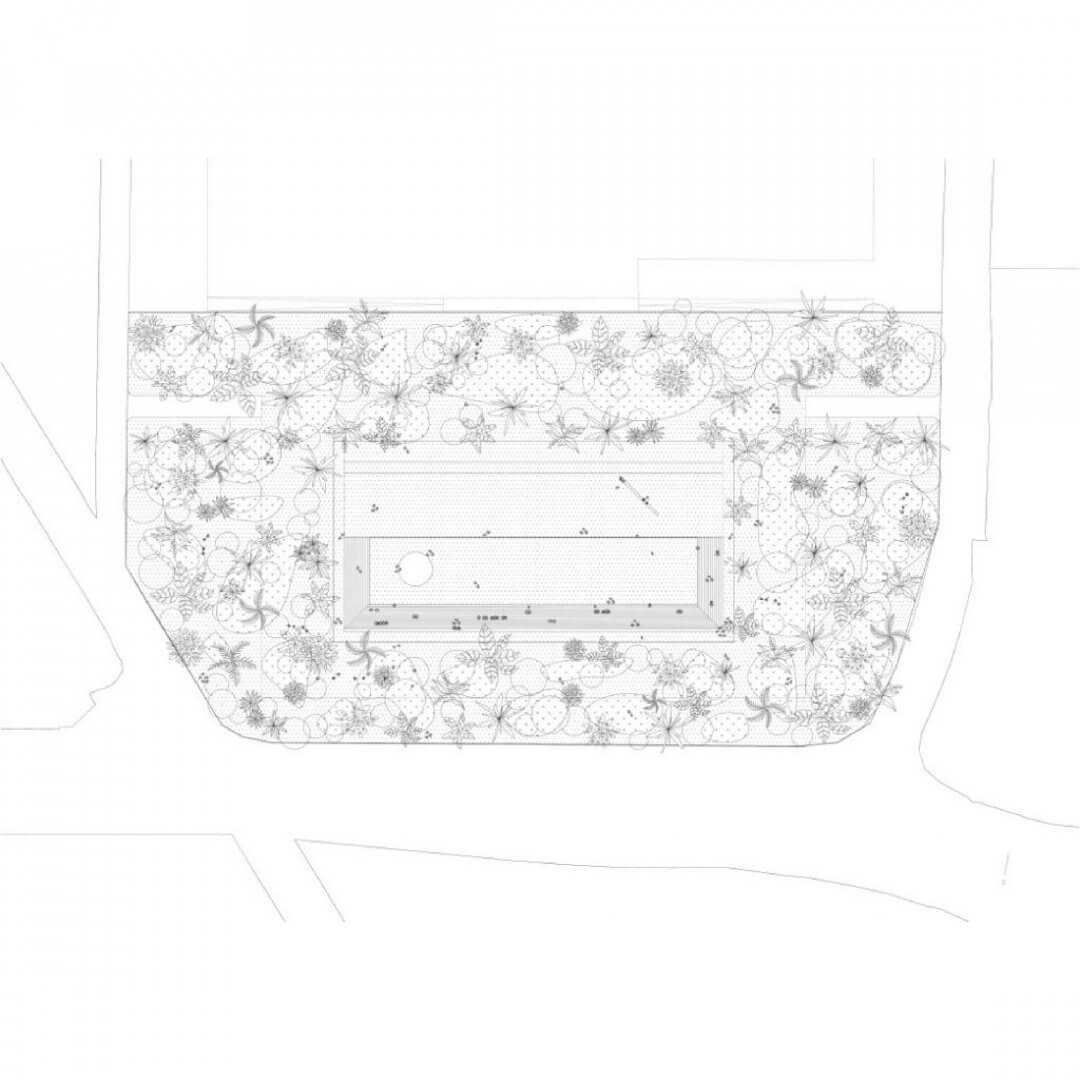 Site is characteristic with it’s potential of a raising downtown, new and modern city center. By expecting the huge amount of continuously raising tall buildings such as Panorama city, Skypark, and confronting the site with other monumental surrounding buildings, I decided, that my proposal will represent something like a confrontation. a “BREAK FROM THE MONUMENTS”. The only characteristic, and representing form of break, or the sudden restoration of attention for a human scale, is to create a shelter, a public, but also intimate space, which answers to everyday needs of city inhabitant. To create sort of a levels of intimacy, I decided to cover the whole site with forest. A jungle, where you can literally get lost. 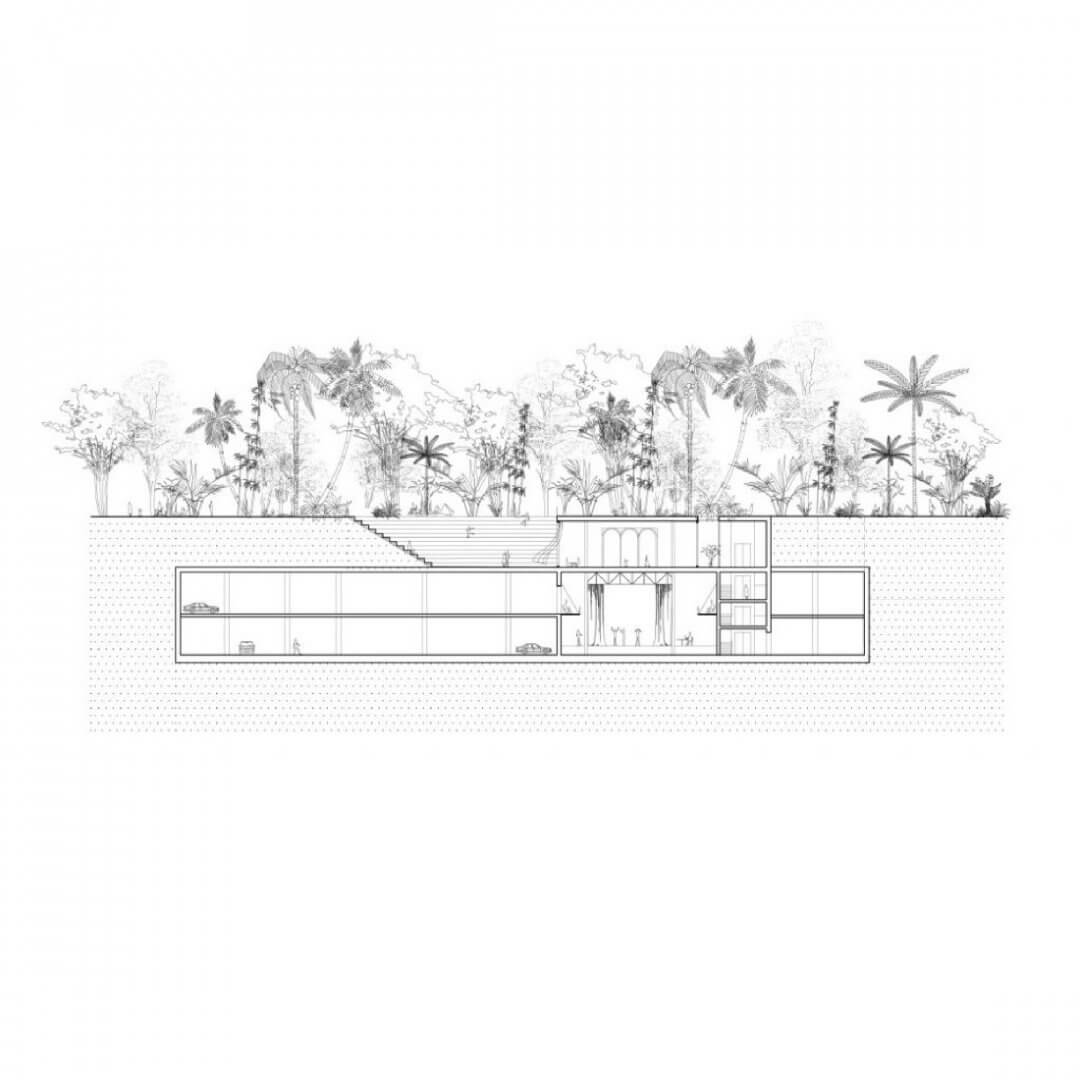 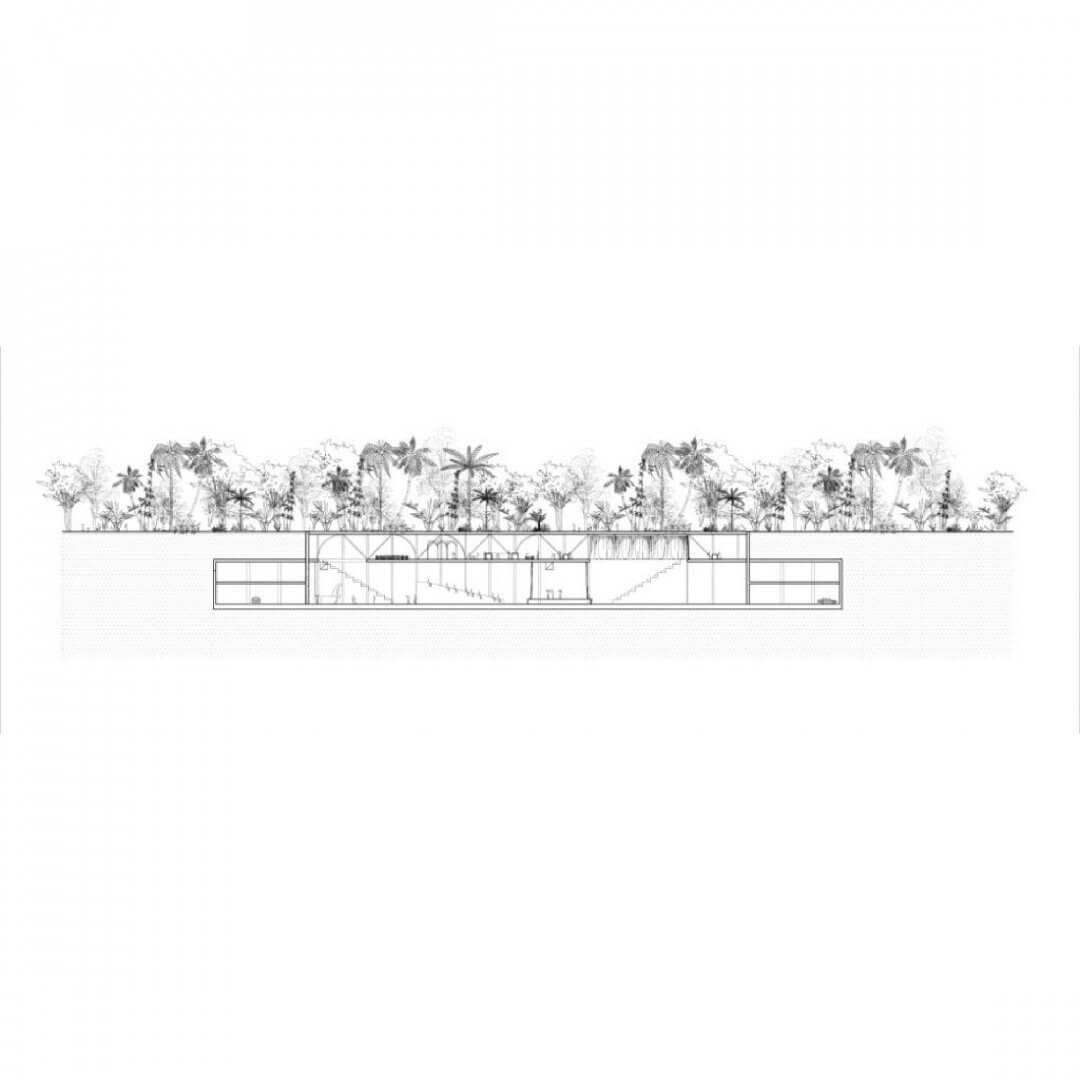 With it’s whole form, it could be taken as an antithesis, the reflection of fastly developing city by balancing the surrounding highrises. Formation of this phenomenon is simply illustrated in inverted scheme of relationship between Manhattan and central park. Buildings with a cultural functions has a contemporary need of having a public space, where all the events can happen outside, in the exterior. The linked relationship in-between the object / pit / forest creates cozy, intimate contrasting scale. The pit also creates an opportunity of public space out of the traffic communications level and it behaves as an attractor, thanks to informal attitude in relationship of public space and rush surrounding creates some shelter, meet point injected with the culture program. 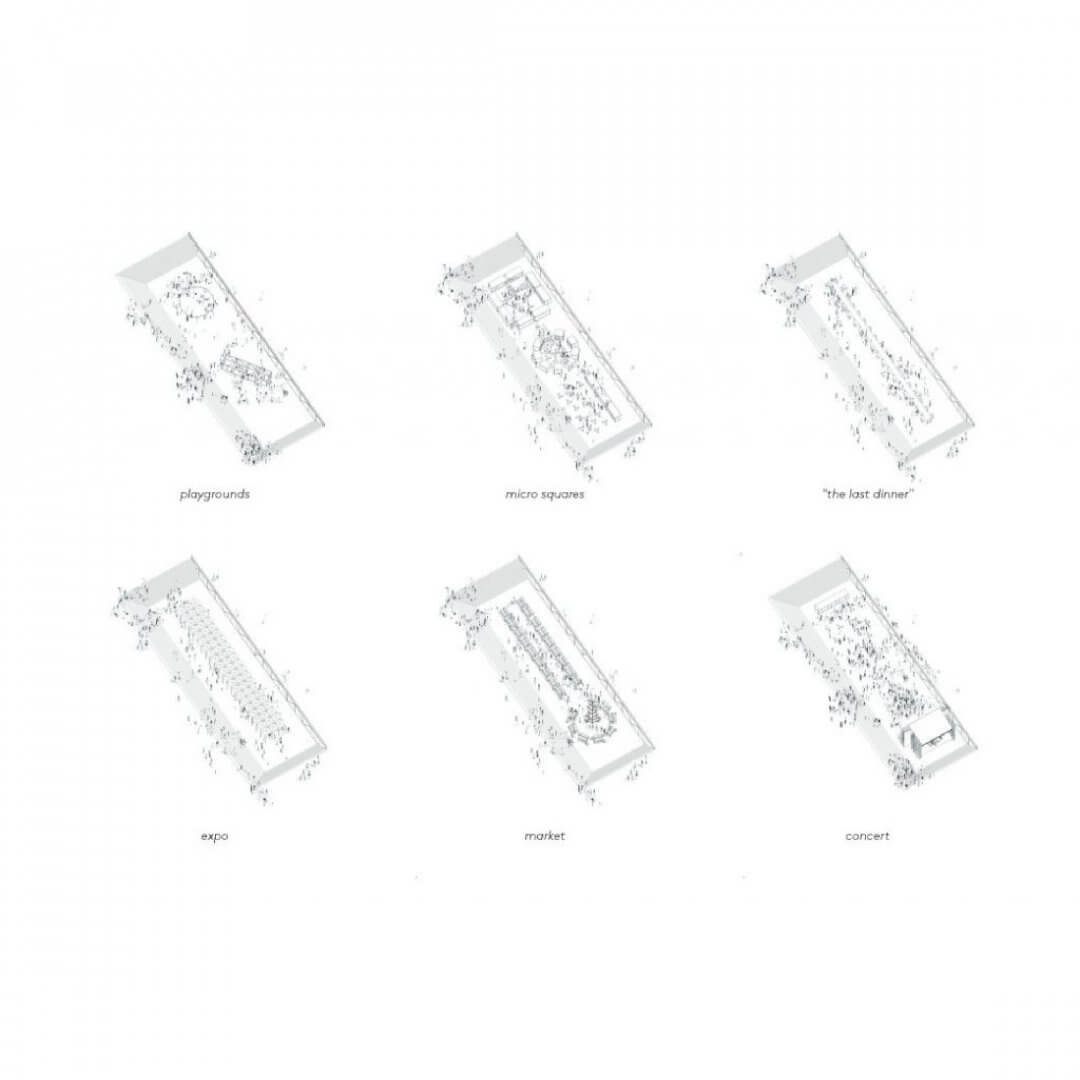 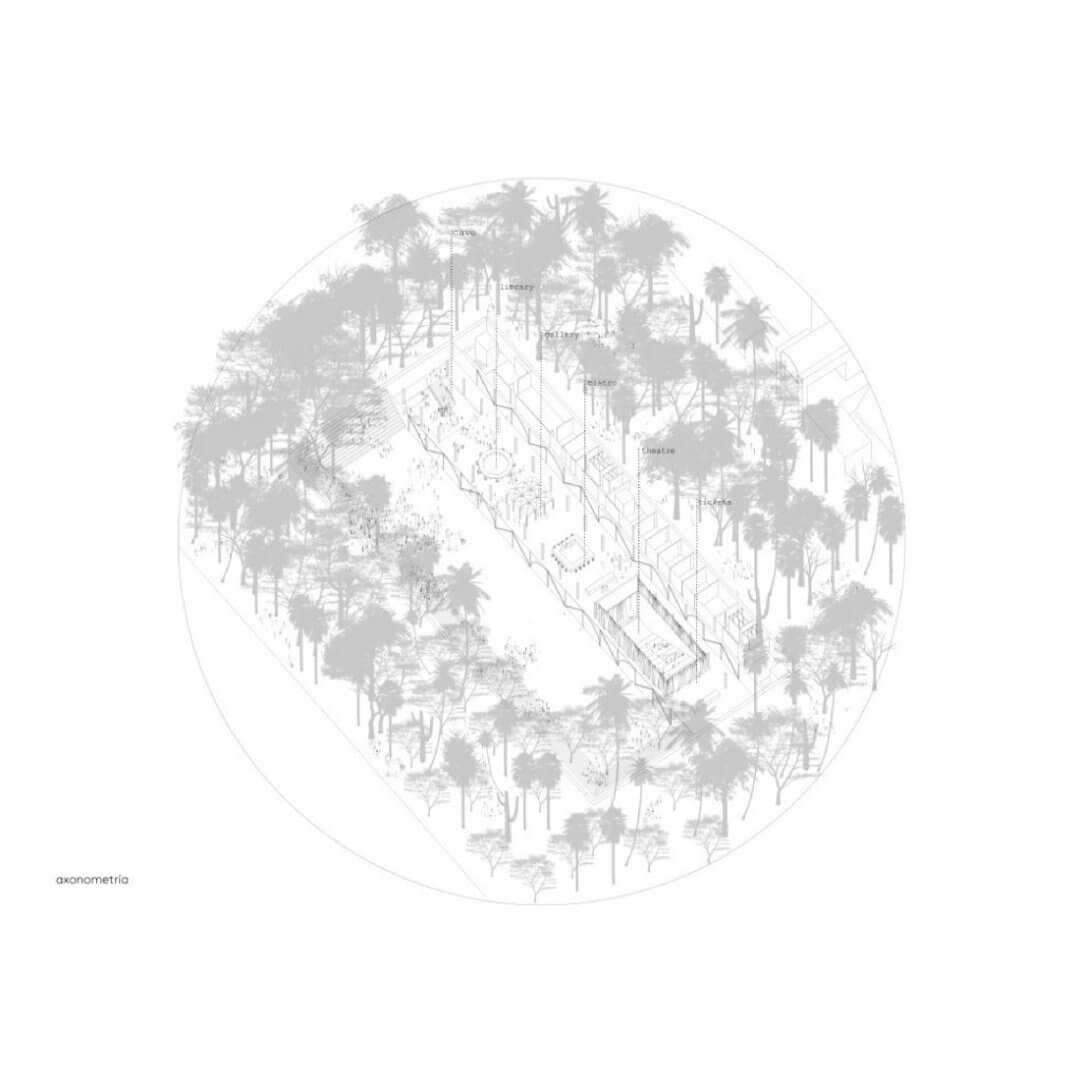 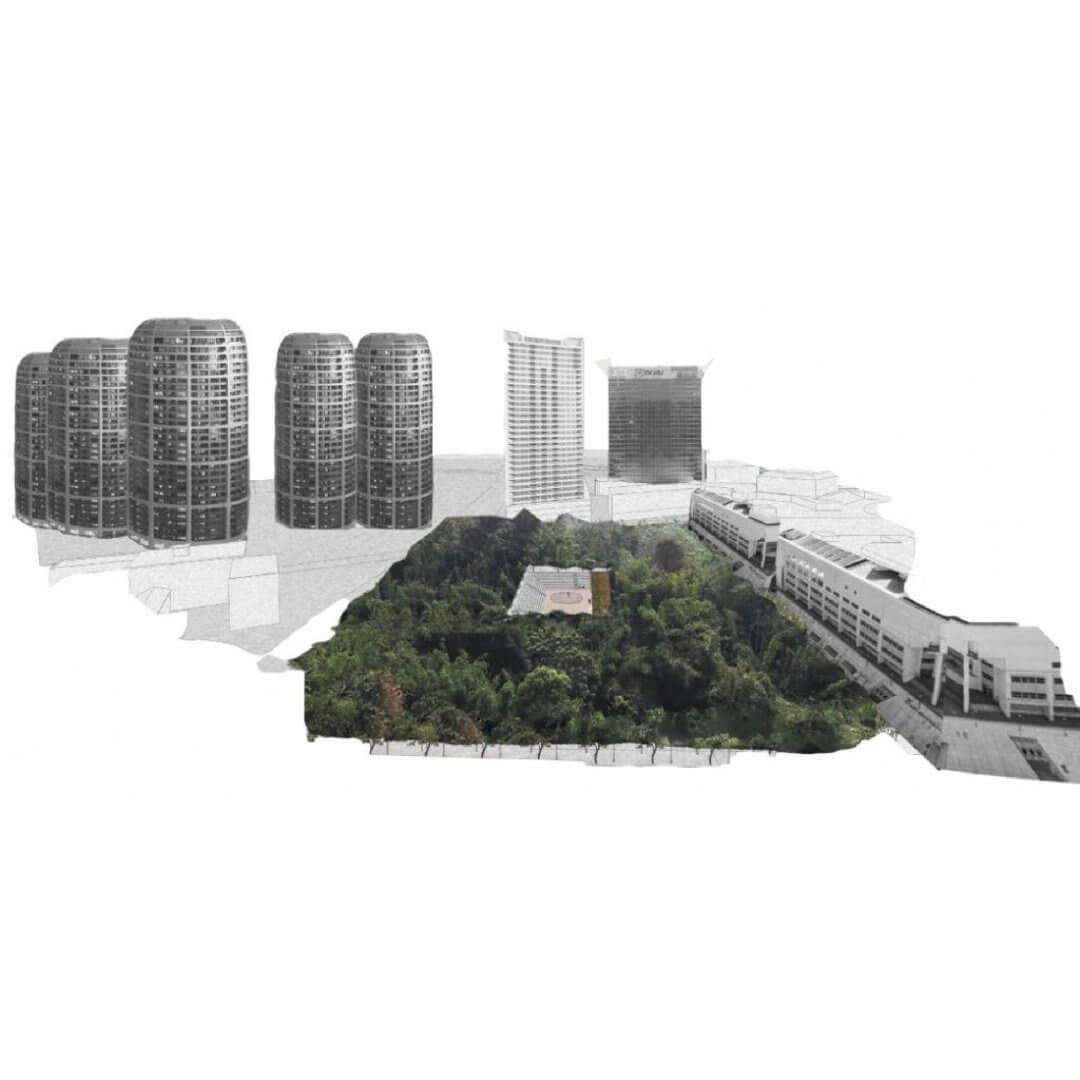 Program of the object is simple. On the level of the pit, object is filled with the public service such as restaurant, or cafe, library, or the gallery and event hall. The real deal happens right under the floor, where the whole 12 metres deep and 90 metres long hall creates spacial disorganization of total freedom, chaos, elegance, anarchy in culture. This space subsequently allows variety of programs. The main point of the small city theatre is therefore the concept of synthesis of humility/humbleness and provocation in the same time, the huge gorgeous factory of culture hidden underground, but also a formal pavilion with the square, hidden inside the jungle. 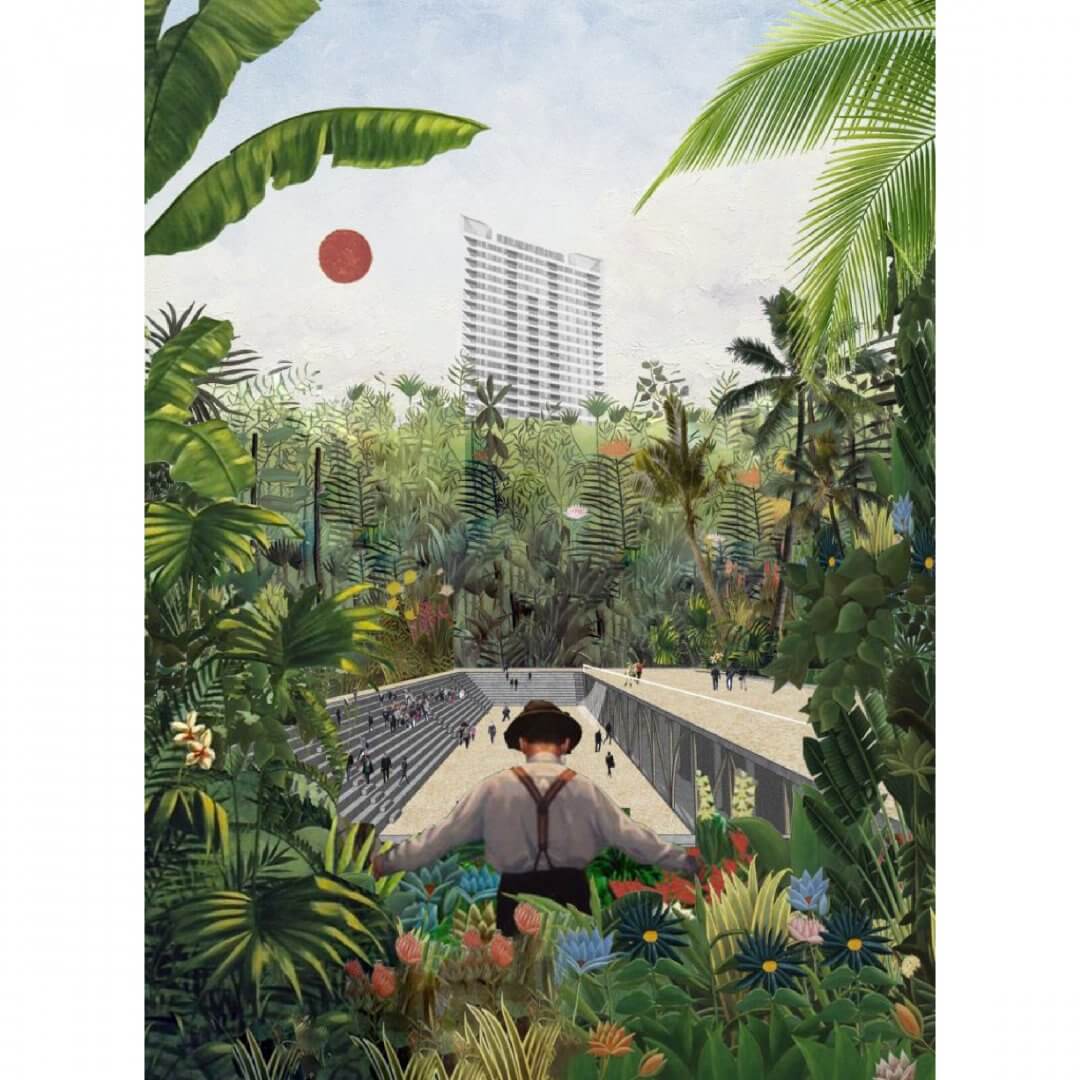 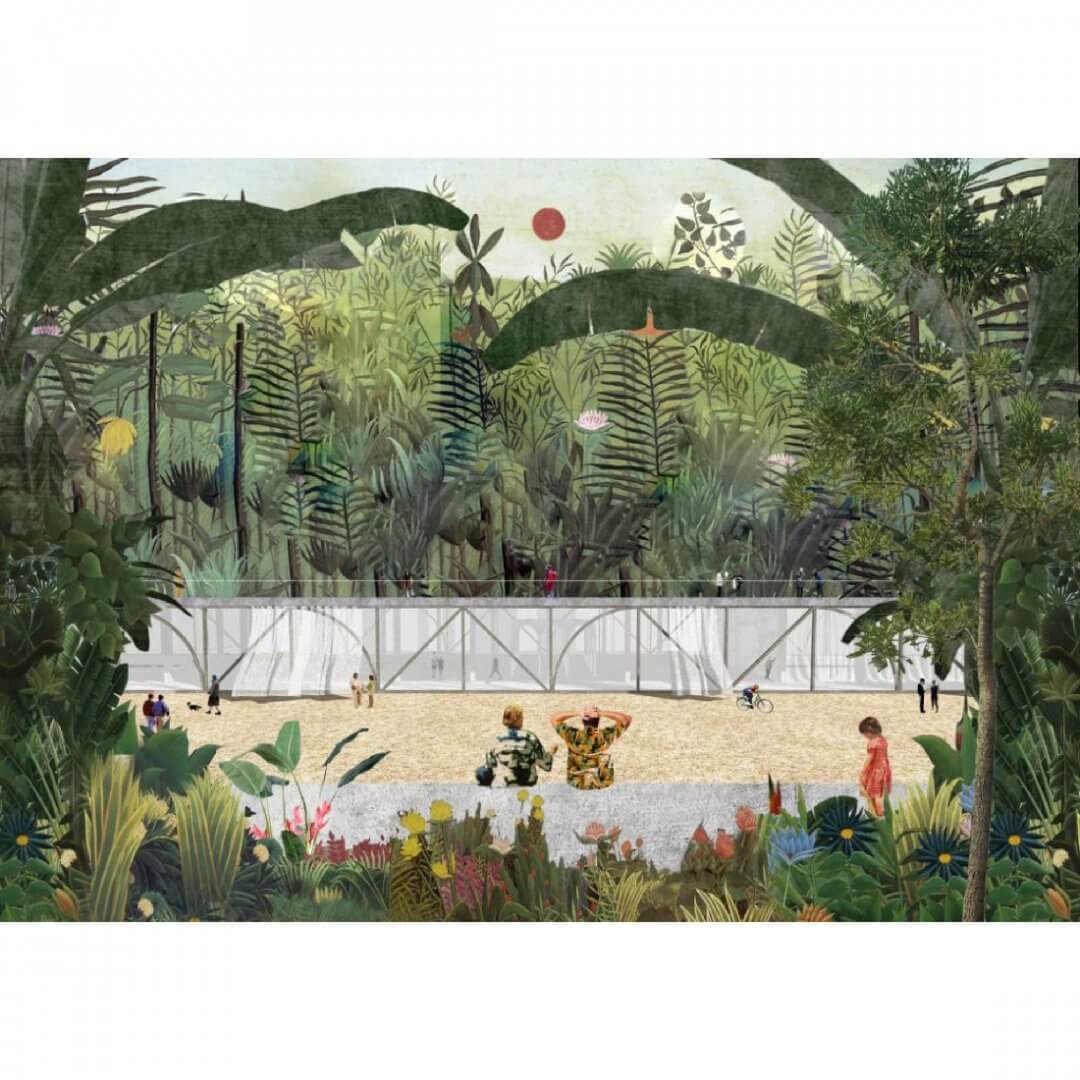 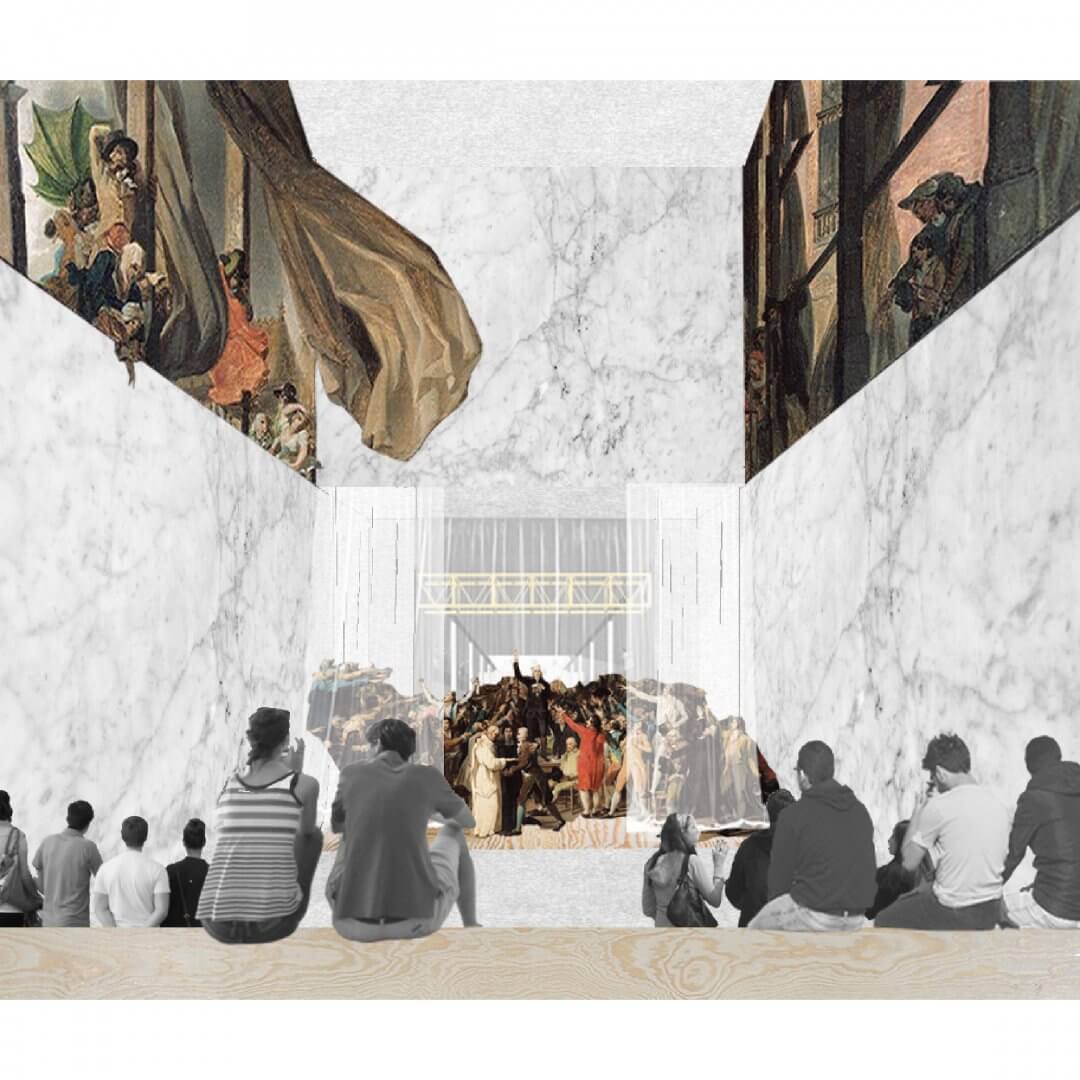 This is the “BREAK FROM THE MONUMENTS”.