The project, through a process of sensitive interventions, seeks to recover and revitalize the alley system in vital spaces of the collective life of Barranquilla. 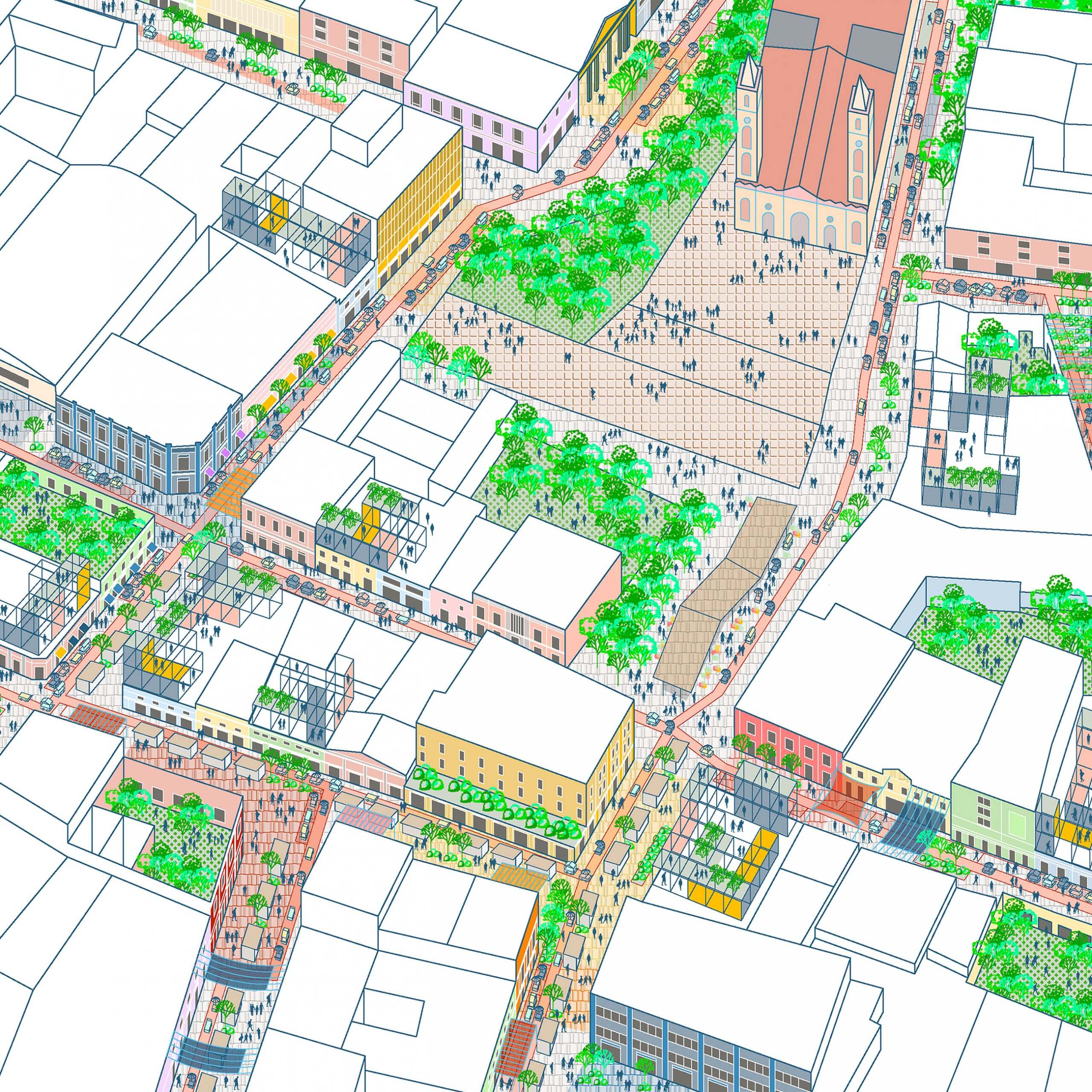 “There is no logic that can be imposed on the city; people make it, and it is to them, not to buildings, that we must adapt our plans”. Jane Jacobs.

As Jane Jacobs says, people make the city.
The city transforms and adapts to people, not the other way around.

So what is the city of a Cultura inquieta like? 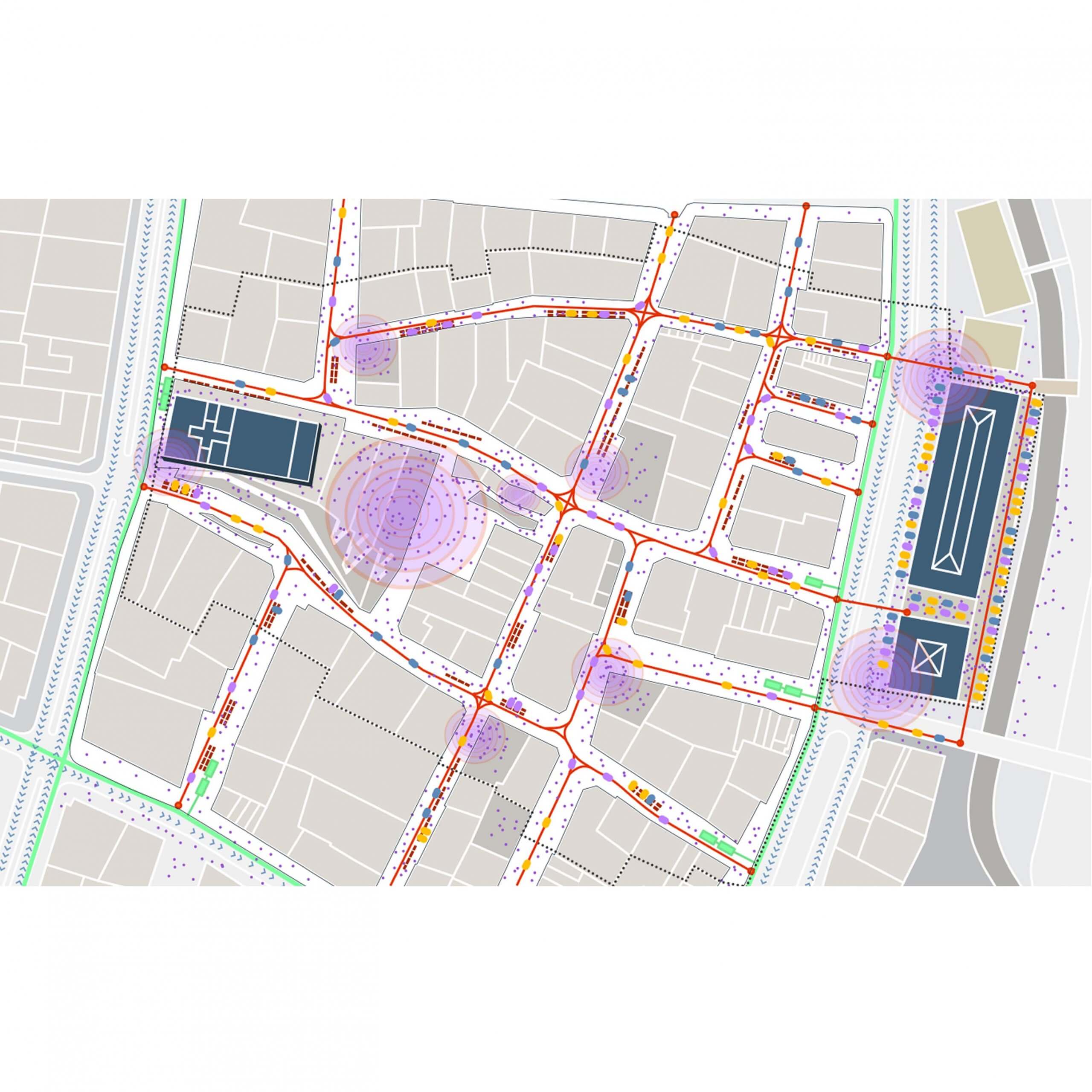 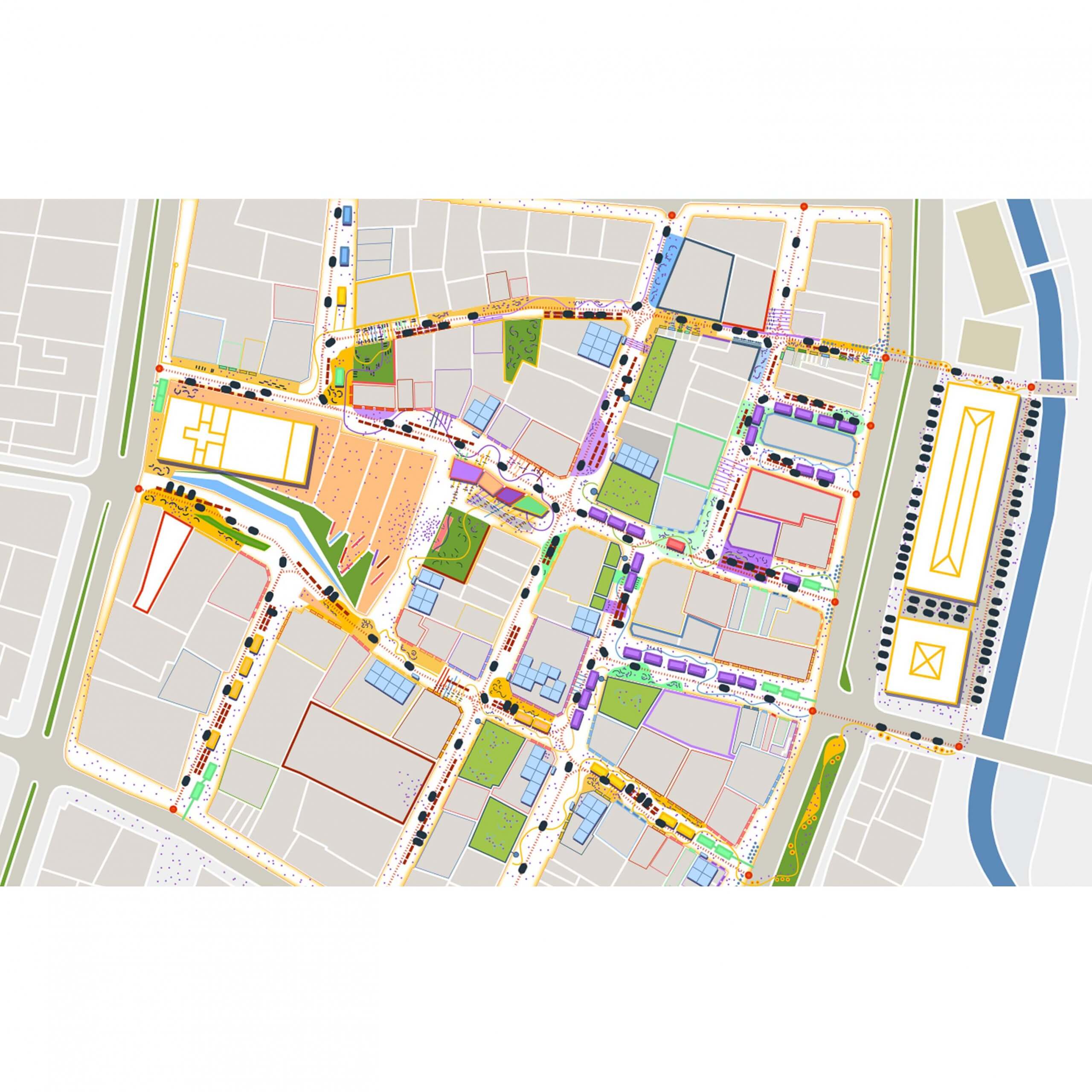 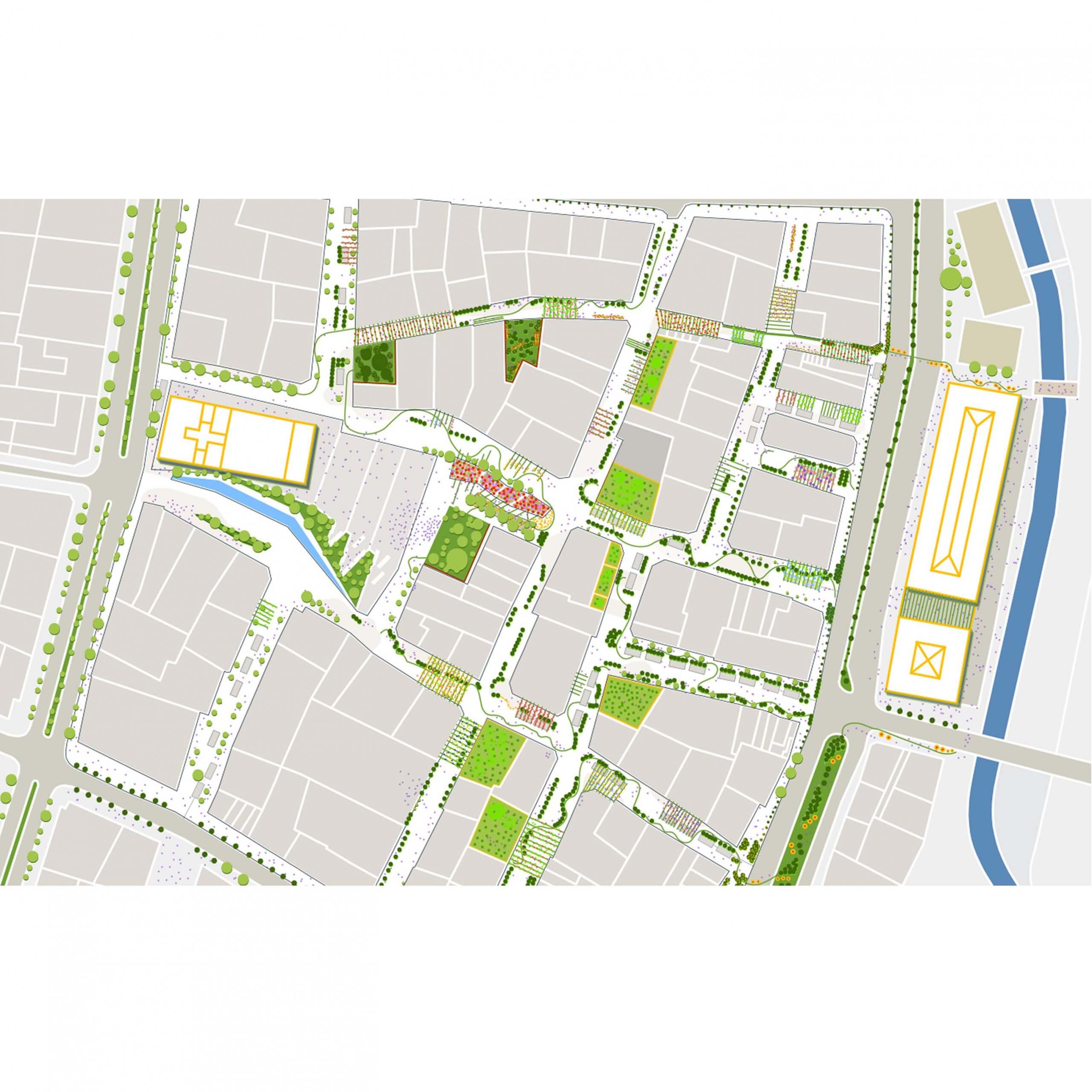 The city of Barranquilla moves, it is its identity. Capturing that essence is recognizing its dynamic habits. The idea then arises of fostering a center that is constantly moving, alive, restless, because the historical centers are precisely the spaces that best reflect the culture of a community. A moving center is a story that is always cared for, told, evolving.

Taking care of the centers does not mean that they should remain the same as in their origins, because history evolves, and in this process, these spaces can become obsolete. Today, the center of Barranquilla suffers a marked process of deterioration. Its unique network of alleys, narrow and long passages between walls or houses, generally without a roof, which is its origin, have served as a community space for exchange and activity, today they are unsafe spaces, with environmental and accessibility problems. During the day the problem focuses on the poor coexistence of use of public space. Commerce occupies a large part of it, preventing other activities and making pedestrian routes difficult. During the night, slots of hours without use are created that produce insecurity and informal occupation. This situation impacts on its edges, producing closed and degraded buildings. 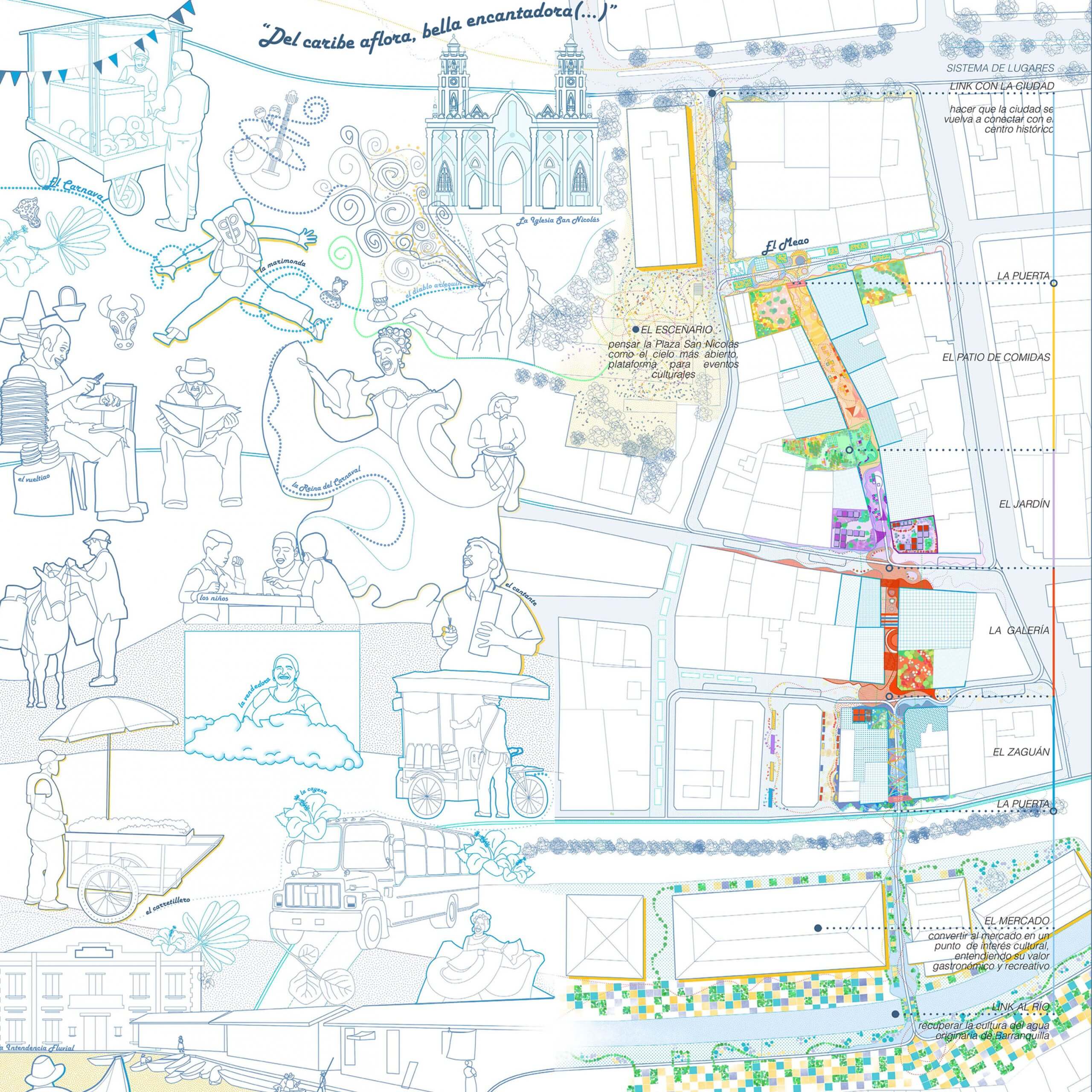 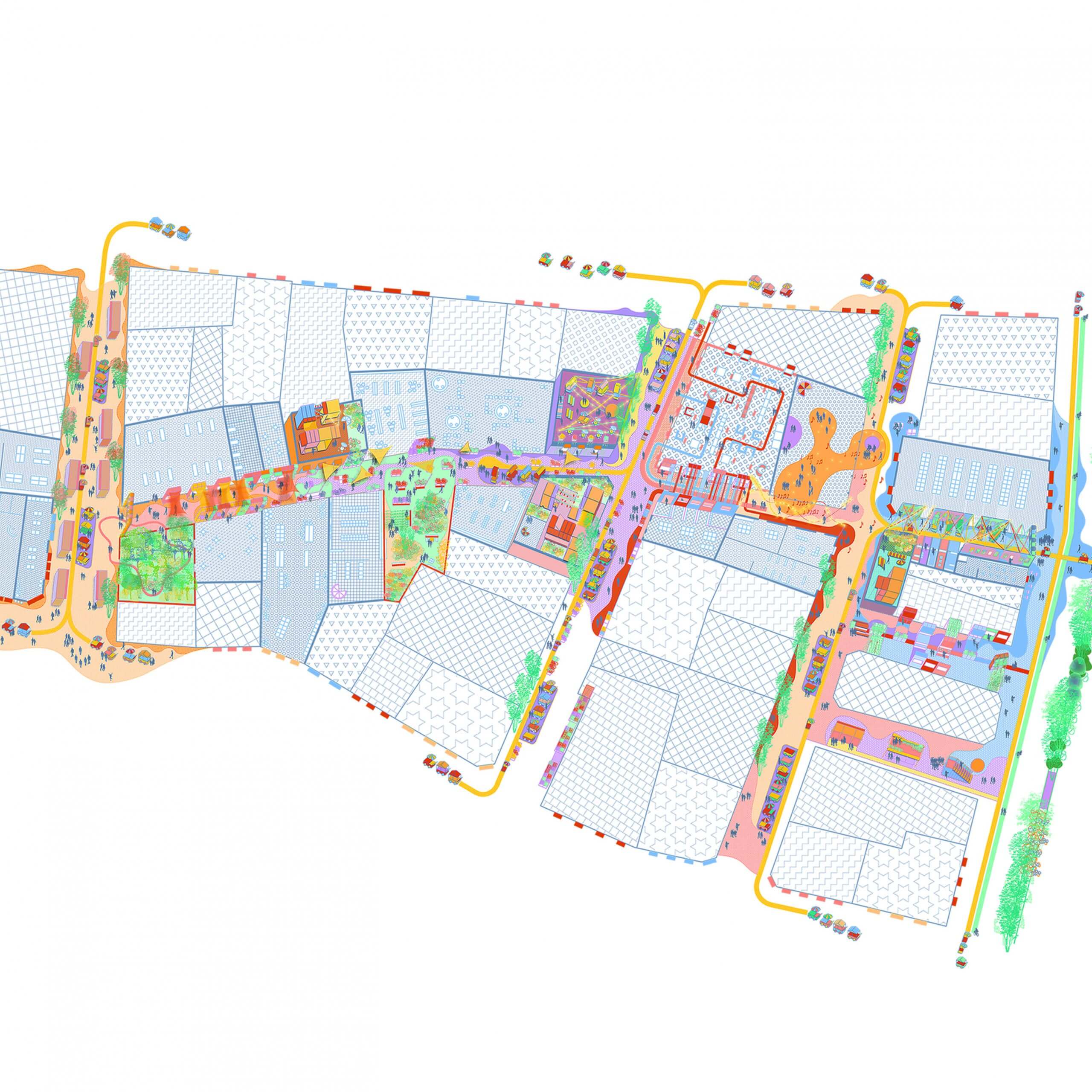 The project, through a process of sensitive interventions, seeks to recover and revitalize the alley system in vital spaces of the collective life of Barranquilla. For this, we break down the action into 3 axes, which respond to the main problems: mobility, program and environment. 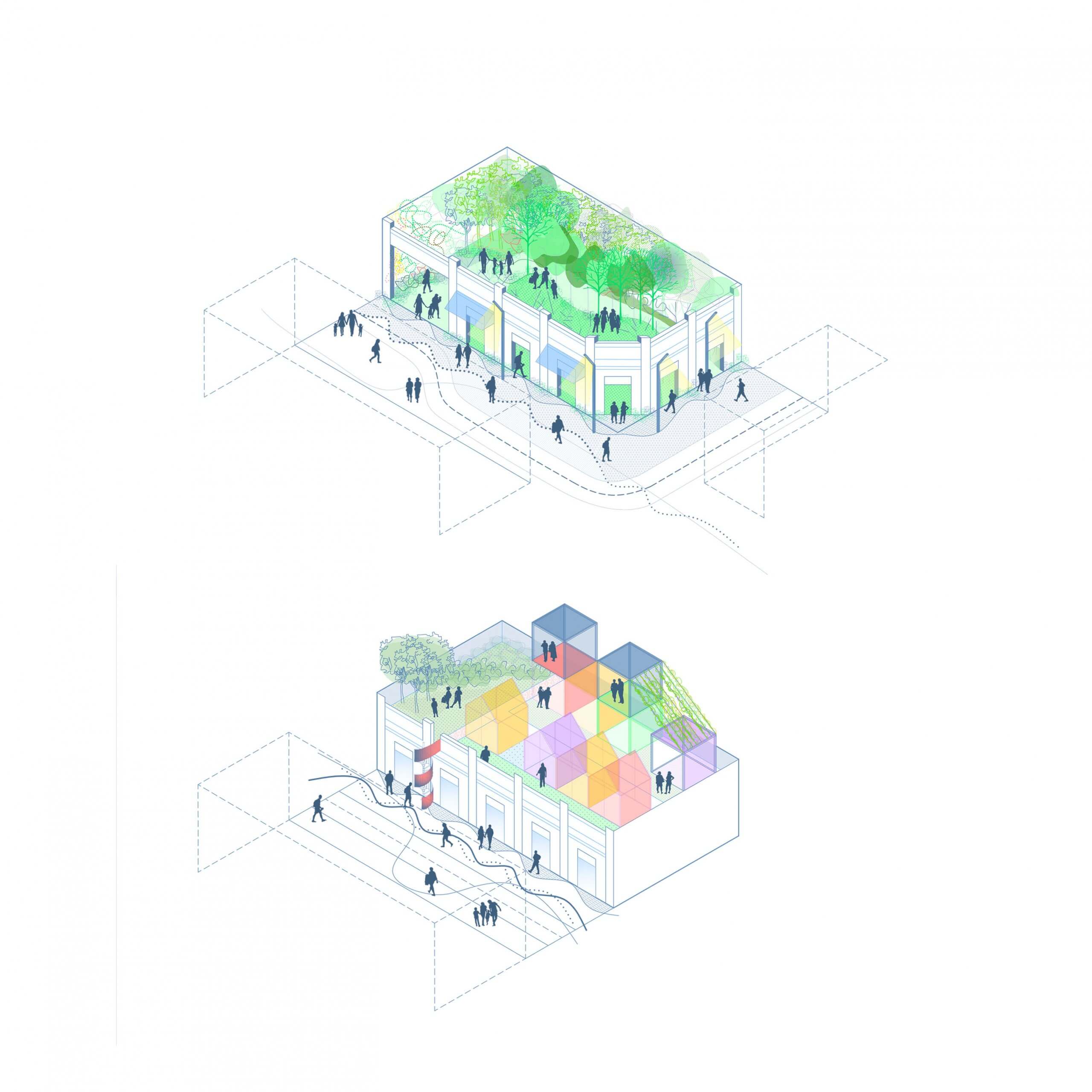 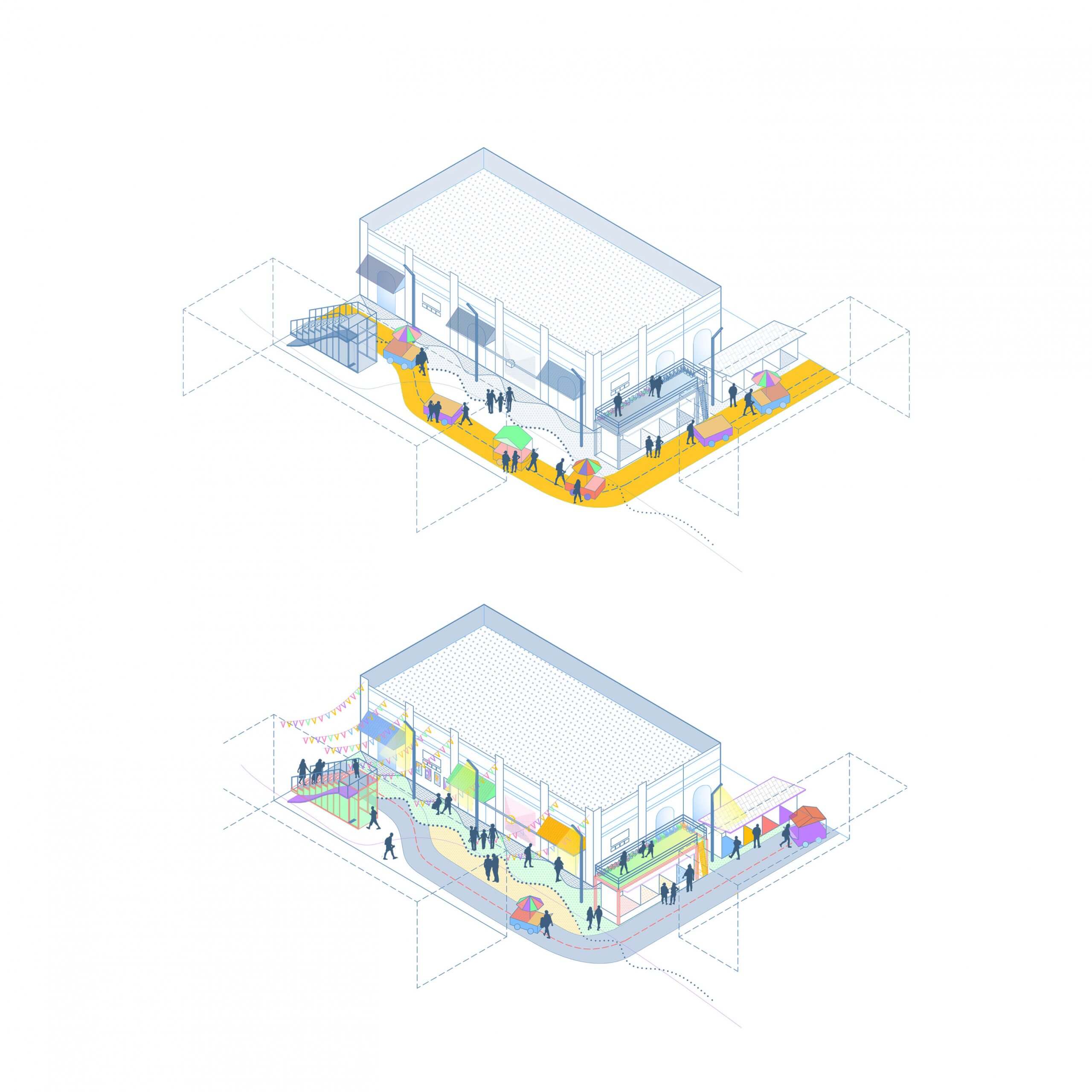 – Mobility. The alleys present a disorganized and majority occupation of the commerce, generating a conflict with the other users. With the aim of organizing forklifts without restricting their dynamic character, the Carretisenda is proposed, an exclusive lane for the mobility of forklifts, which in its extension presents exchange spaces.

– Program. We seek to revalue the tangible and intangible heritage of Barranquilla and generate activities that work at different times of the day, to attract a diversity of users. Fachada Viva, is a new way of living the limits of the alley, these function as artifacts that open the private fabric to the public space. Active terrace, conquers the airspace generating habitable urban modules and expansions of ground floor activities.
The urban living rooms are generators of climates of permanence for the meeting of the Barranquilleros.

– Atmosphere. Today, the center has one of the lowest densities of green spaces per citizen in the world. The environmental axis was born from the need to give air to the network of alleys. For this we introduce the plant tissue, which are artifacts that are loaded with the local flora creating gardens that promote life in the open air. 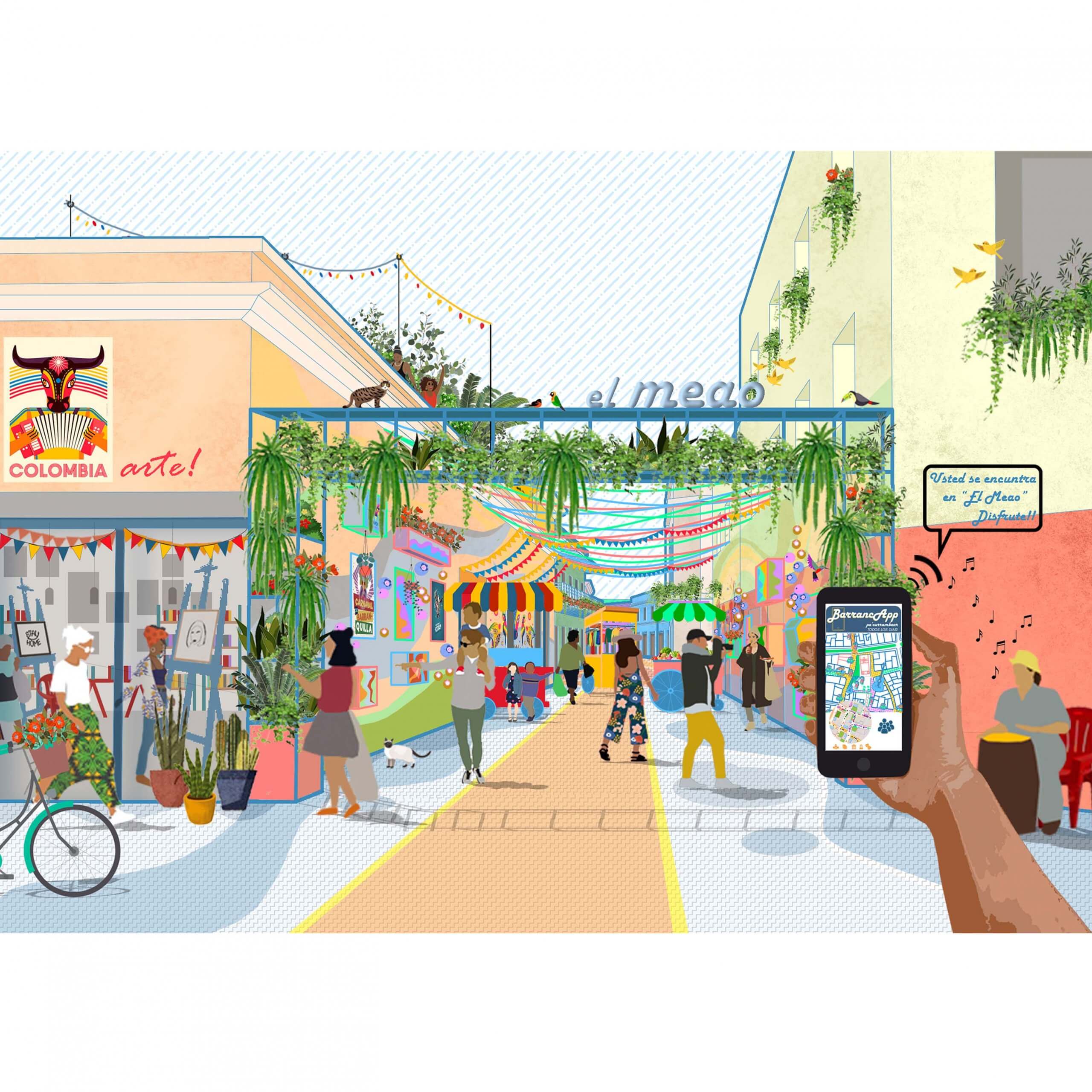 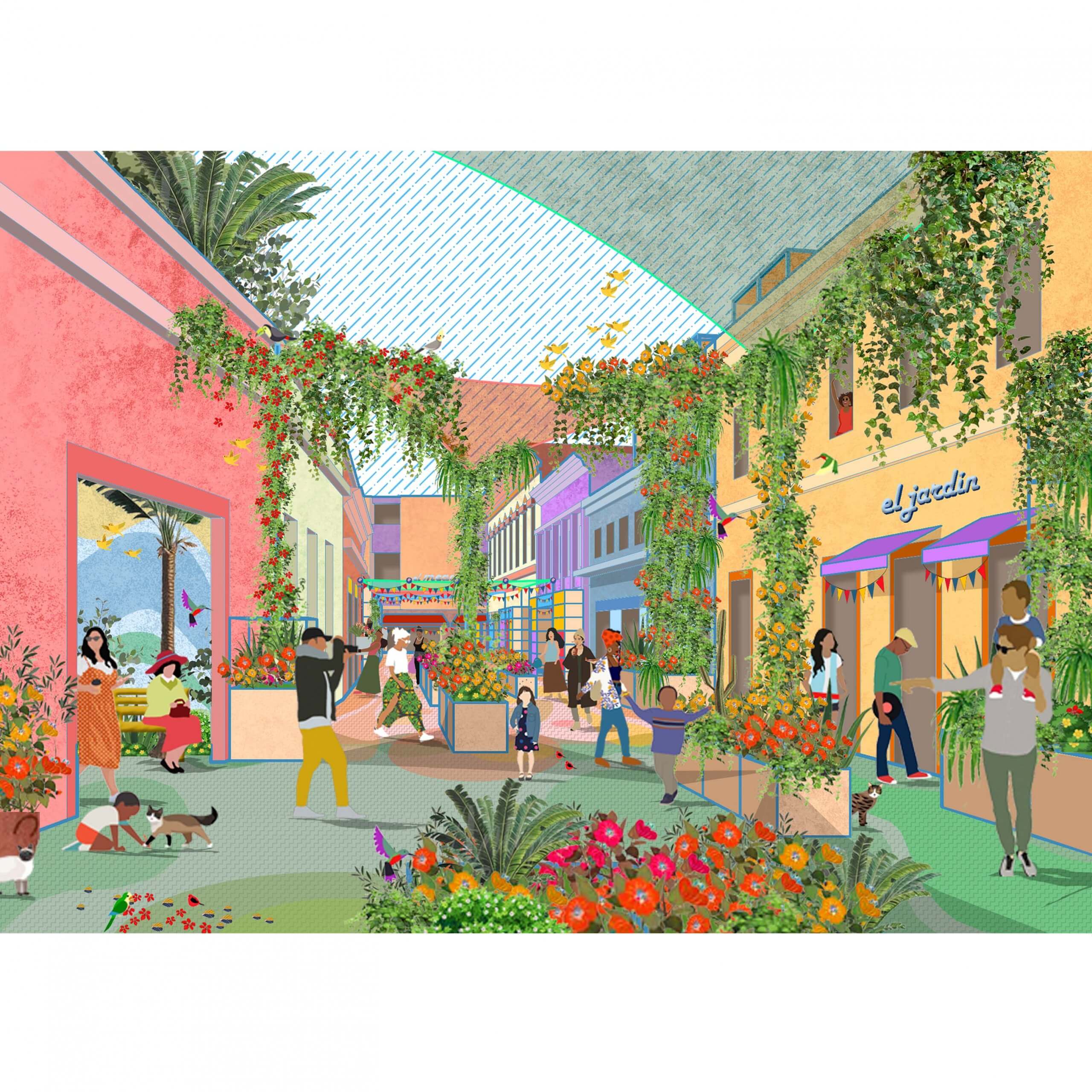 Model in time. The project is thought in stages, which enable our vulnerable cities and governments to undertake ambitious urban regeneration processes. The Callejón del Meao is proposed as the first to intervene, due to its critical current state. From there, a process of citizen management and participatory city construction begins, where the logic is not imposed on the city, but is rather a model of possible actions for citizens to build their city.