We decided to make the gallery have a democratic characteristic, which is opposed to elitism and low accessibility of conventional gallery. Inspired by pointillism, which is a kind of artistic method, we recognize a point as an individual art world and also a place for conversation with the author. The gap between the individual points which the gallery consists of induces unconstrained flow and inflow of the audience.

Also, it strengthens the democratic characteristic by absorbing street art that existed in the Michelangelo plaza. Lastly, it enables meeting with other people, that we are deprived of in the Post-Corona era, in a different time and the same space via ‘afterimage’. 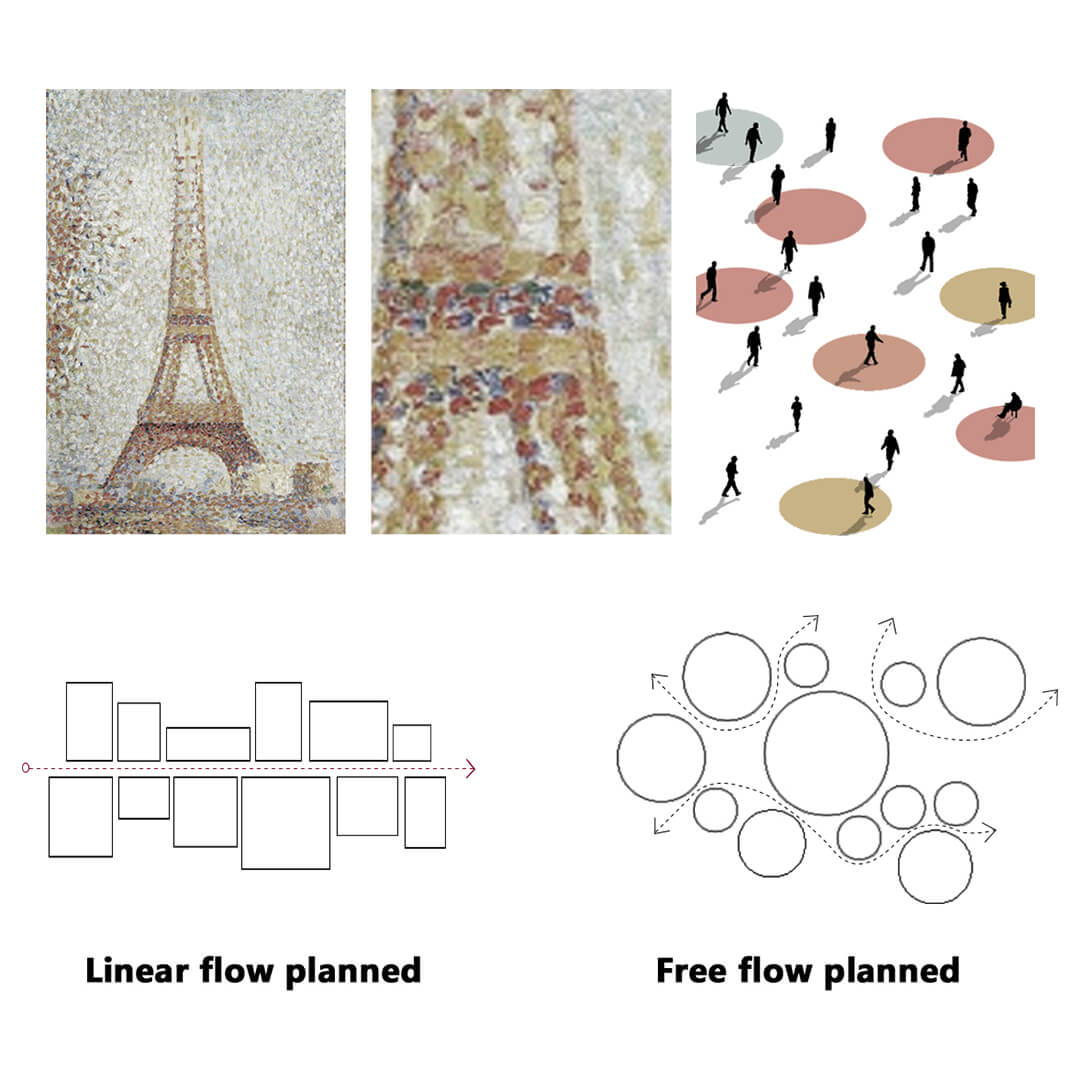 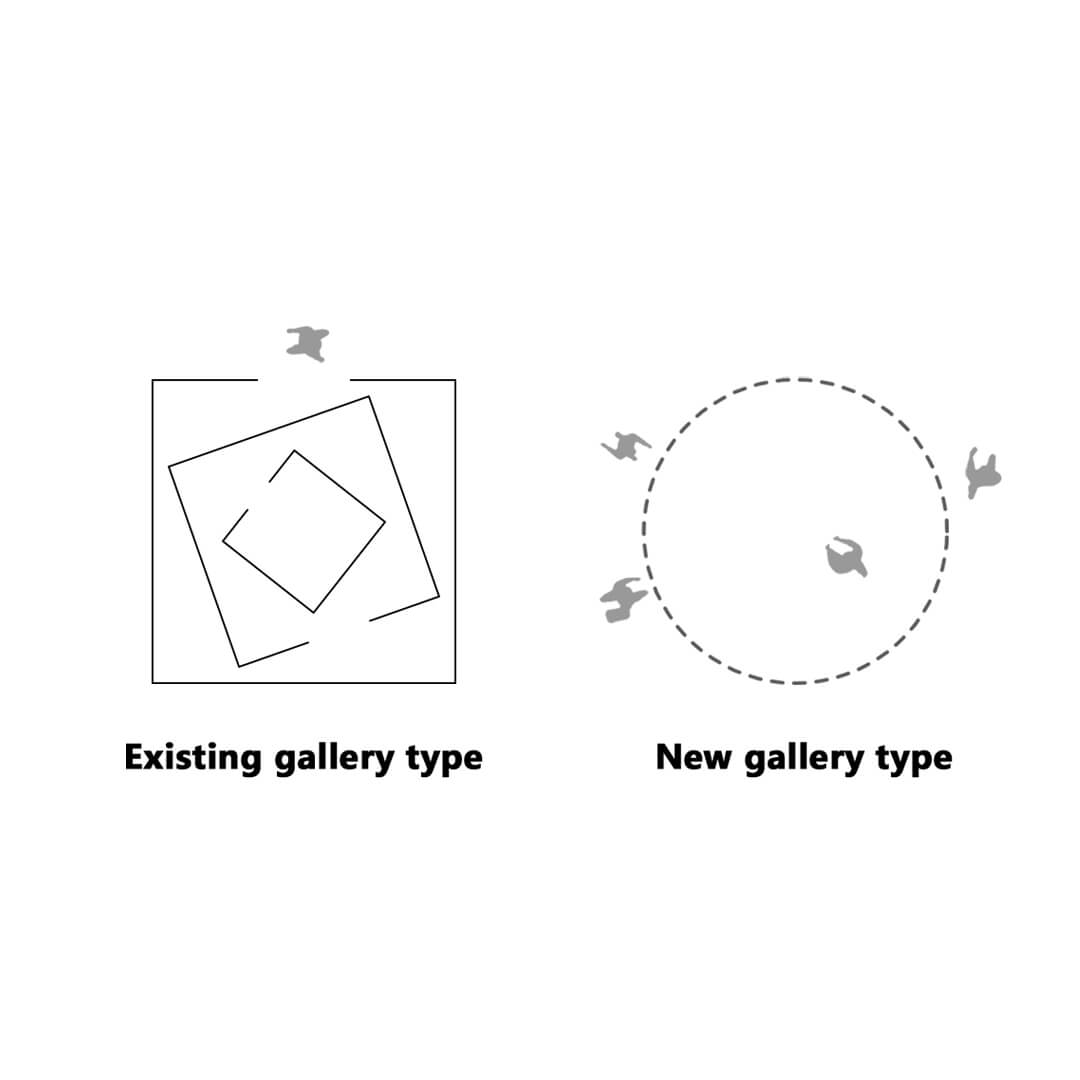 The Site has been a square for the citizens in Firenze since 1871. We wanted to maintain the panorama view and open-space which is the advantage of the place, so we decided the pavilion is the most adequate form of the gallery because it doesn’t compromise the advantages of the square as a result. A work of art plays a role as a conversation between the author and the audience. However, conventional galleries have several barriers for the audience to break to meet a work of art, making it difficult for the audience to access the galleries and forming an elitist atmosphere. We determined to simplify the process in which the audience needs to meet the author so that the gallery can have a democratic characteristic. 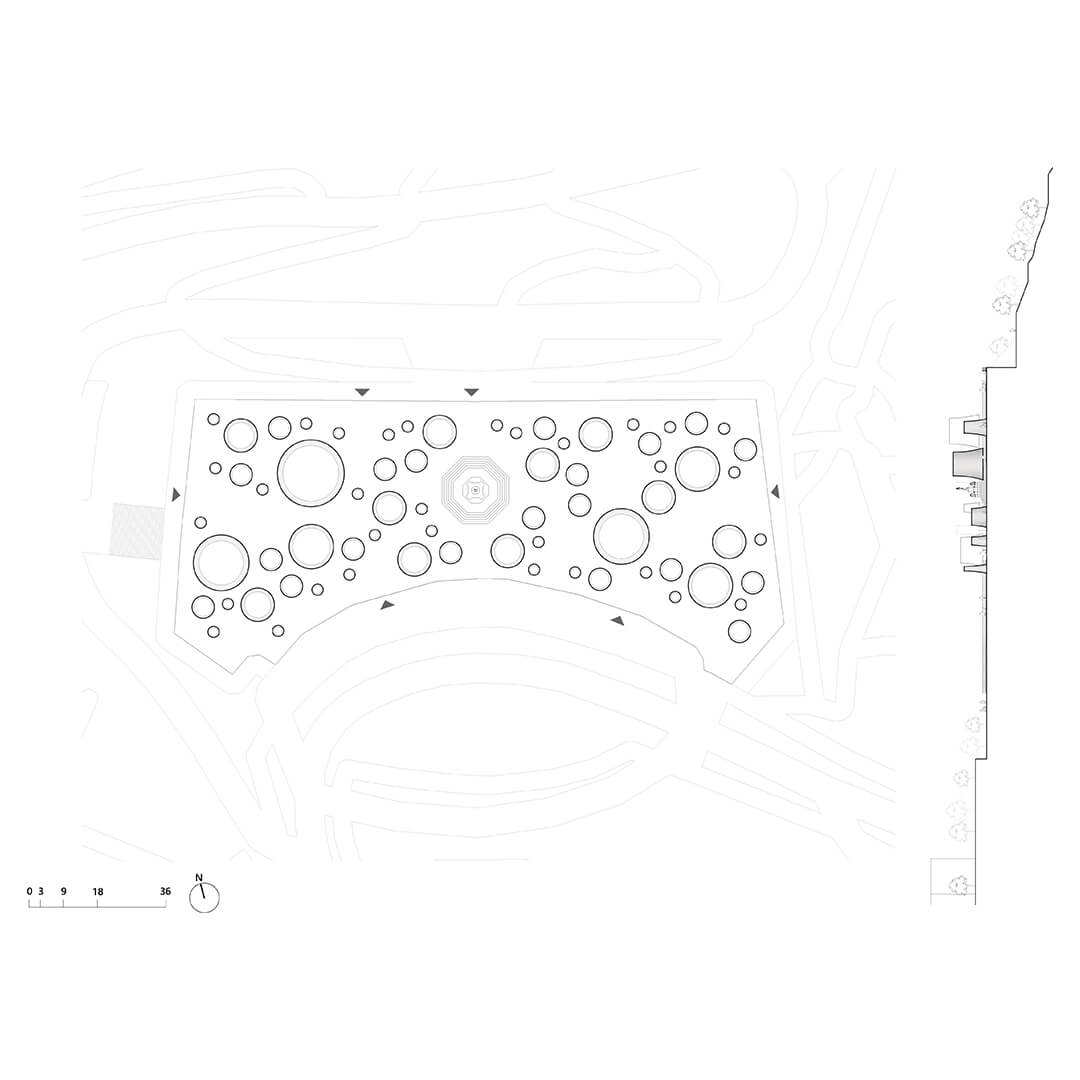 Pointillism describes a method of making art that can be seen as a picture when viewed from a distance while it is a group of points in a closer look. A point is recognized as an individual art world, and a gallery becomes a group of points where the audience can have a selective conversation with several artists. Visitors can share their views with others through the semi-transparent ‘veil’ which forms the exhibit rooms. The ‘veil’ blurs the borders of the exhibit spaces and helps the audience having conversation easily. While conventional galleries controls the view of the audience with linear flow planned unilaterally, we encourage the audience to participate and create knowledge actively having the right to decide where to go, using the characteristic of circles having no edge and making gaps between them when they are gathered. As a result, we induce unconstrained flow and inflow of the audience. 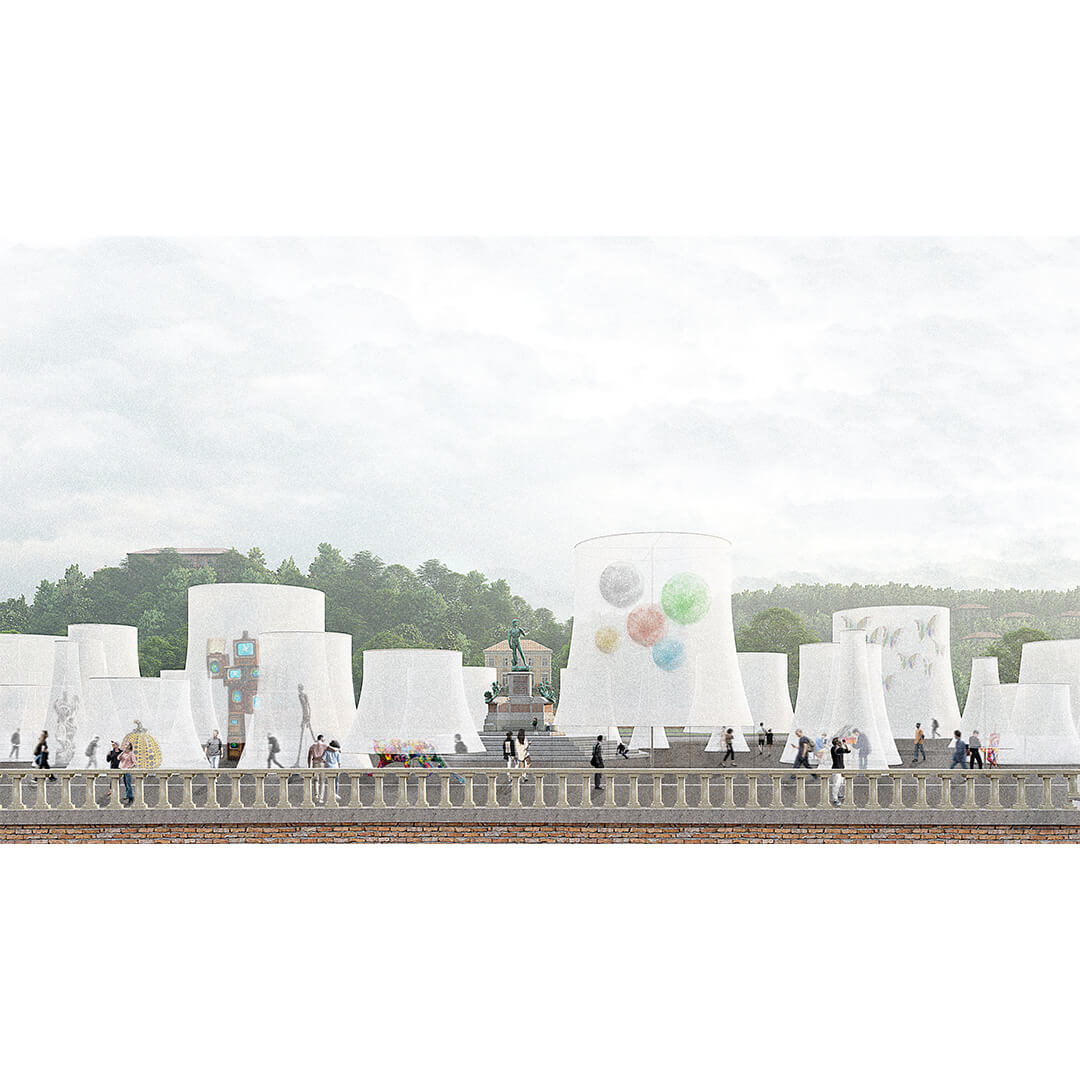 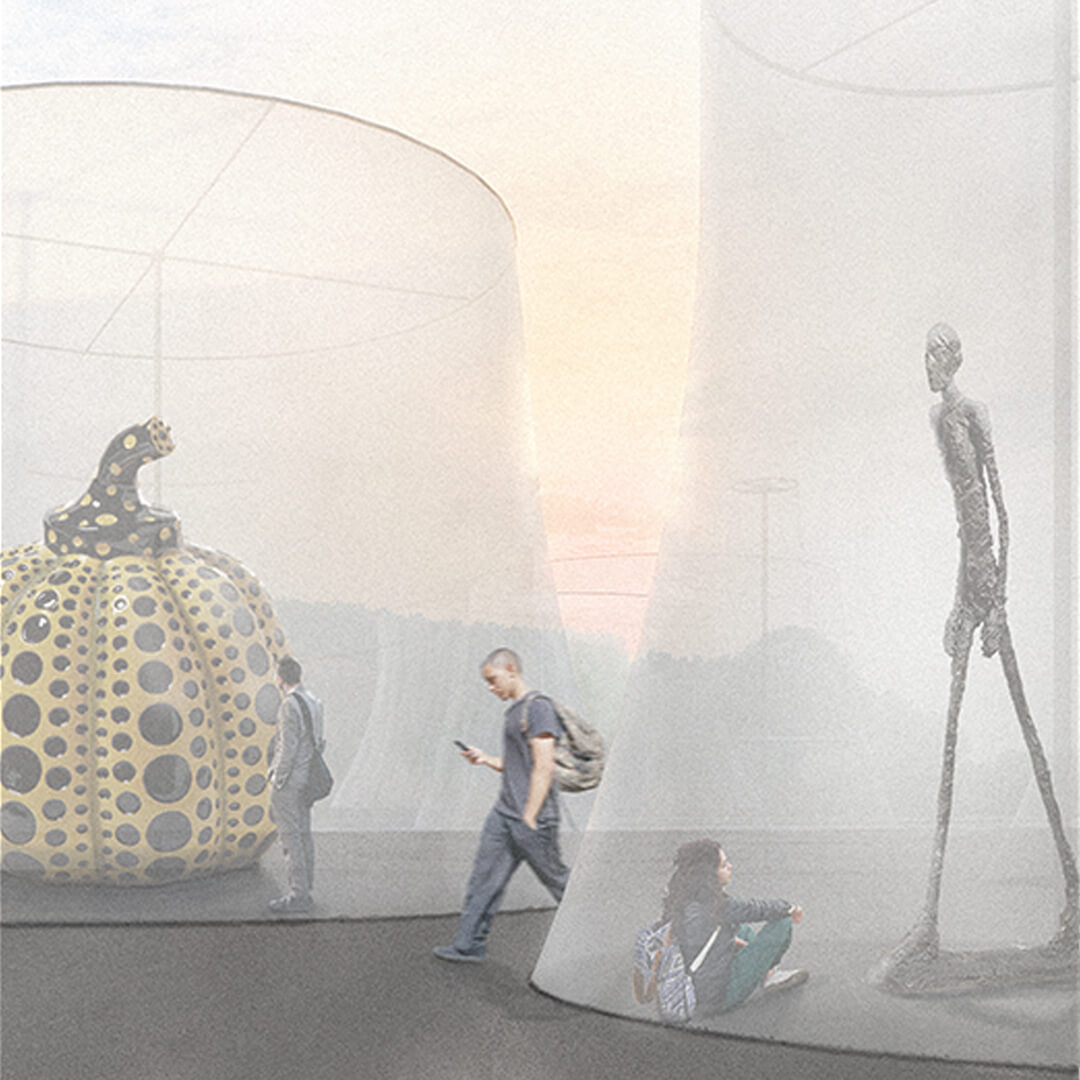 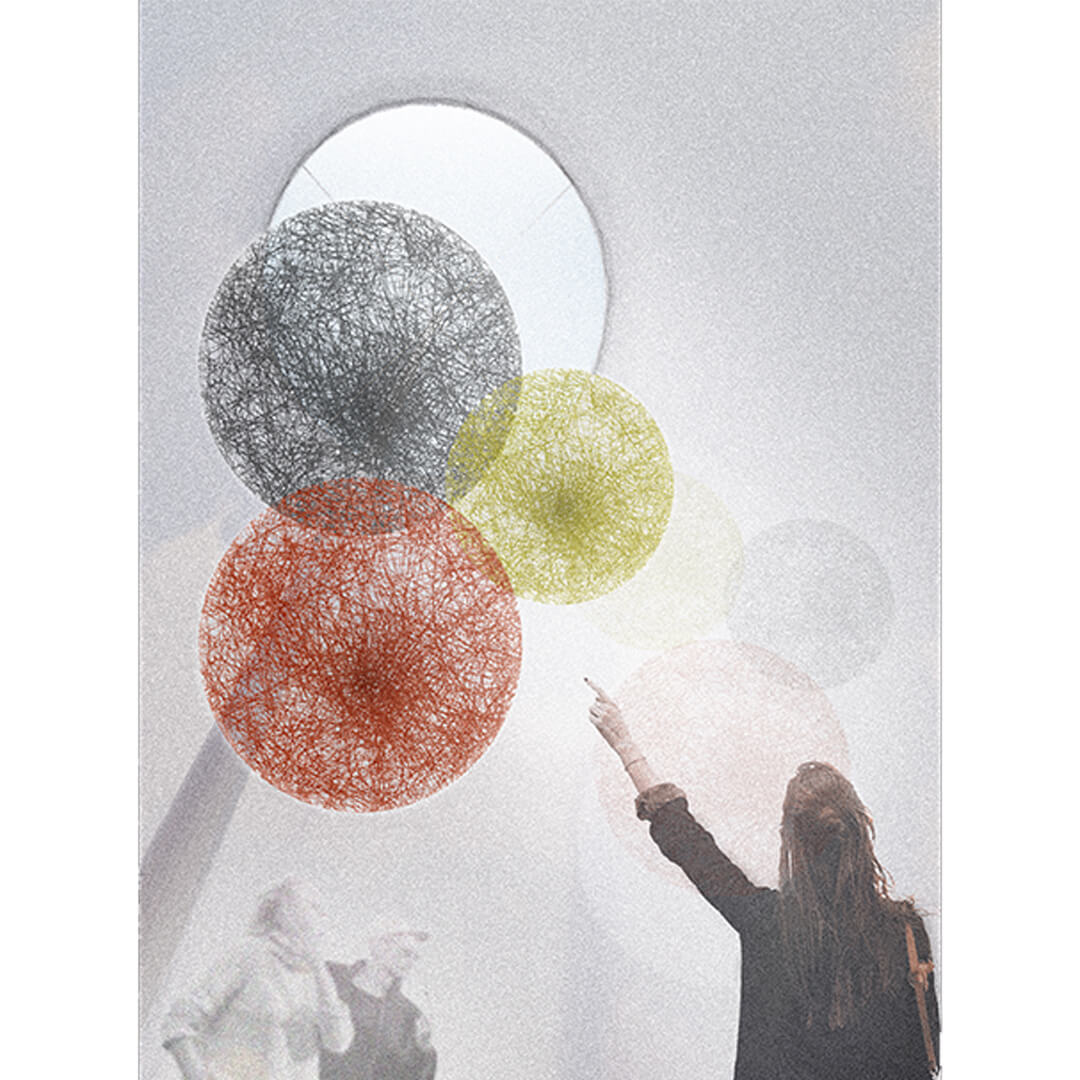 The size of the circles will be determined based on the David statue. An author can choose a circle appropriate for expressing his or her art world and it can be a workspace or an exhibit room as occasion demands. it strengthens the democratic characteristic by absorbing street art that existed in the Michelangelo plaza.
We are deprived of a lot of things in our daily lives. Social distancing controls making acquaintance and makes people lose a sense of belonging even though we are social beings. That is why we decided to enable the audience to have congregation by feeling spatial sympathy watching ‘afterimage’ of other visitors in the same place and different time projected in the ‘veil’ by the projectors.