Following the results of the conducted analytical and research part of the project, we have created a building concept that not only responds to the functionality assumptions, but also contributes to improving the quality of life of its residents. 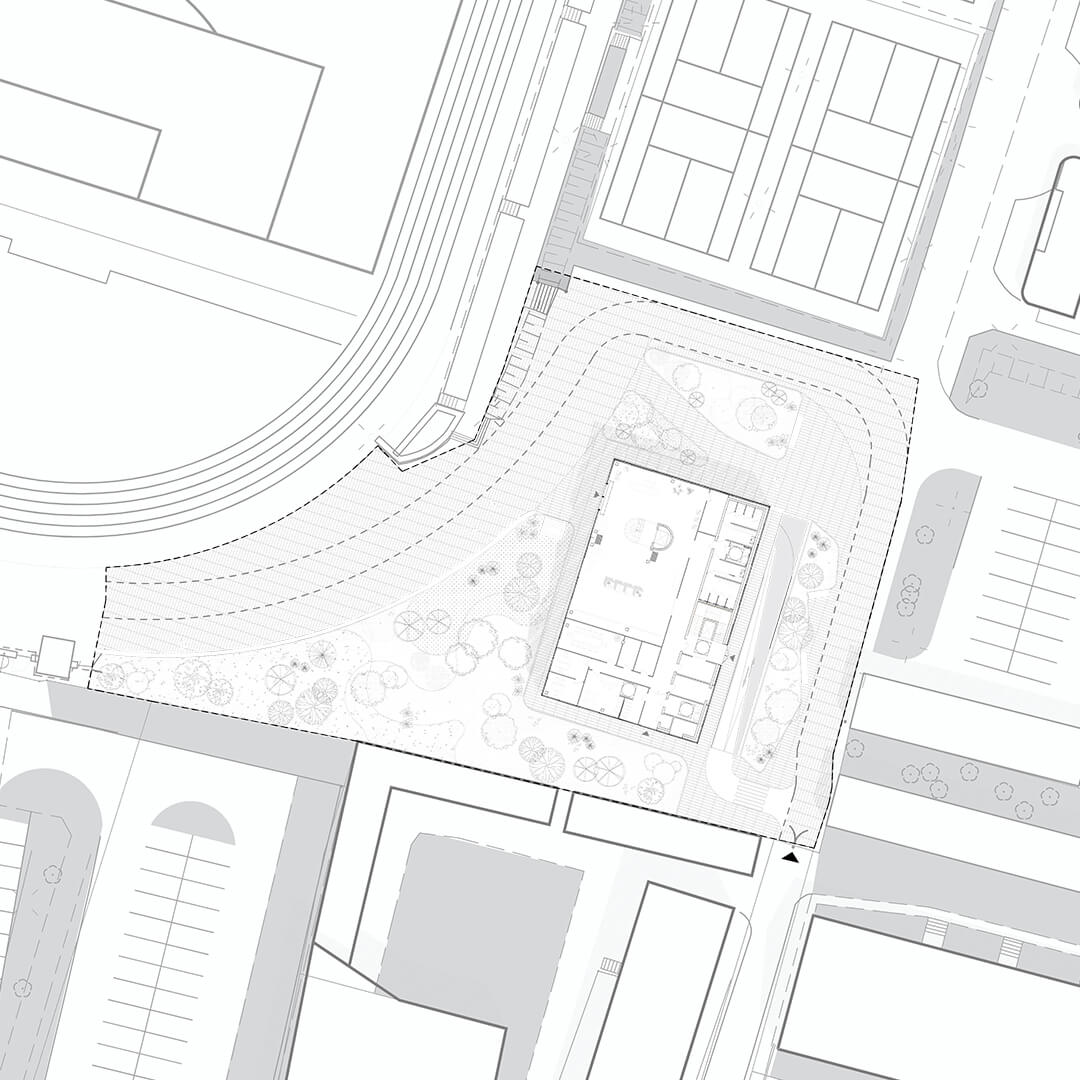 1. Introduction.
The building we propose is based on the idea of a collage of the urban landscape, the context of the study area and its historical counterpart. The three forms of the roof that shape the body are the answer to this assumption. This methodology of work allows to capture in one building reminiscences of the past, everyday reality and a vision of the future. 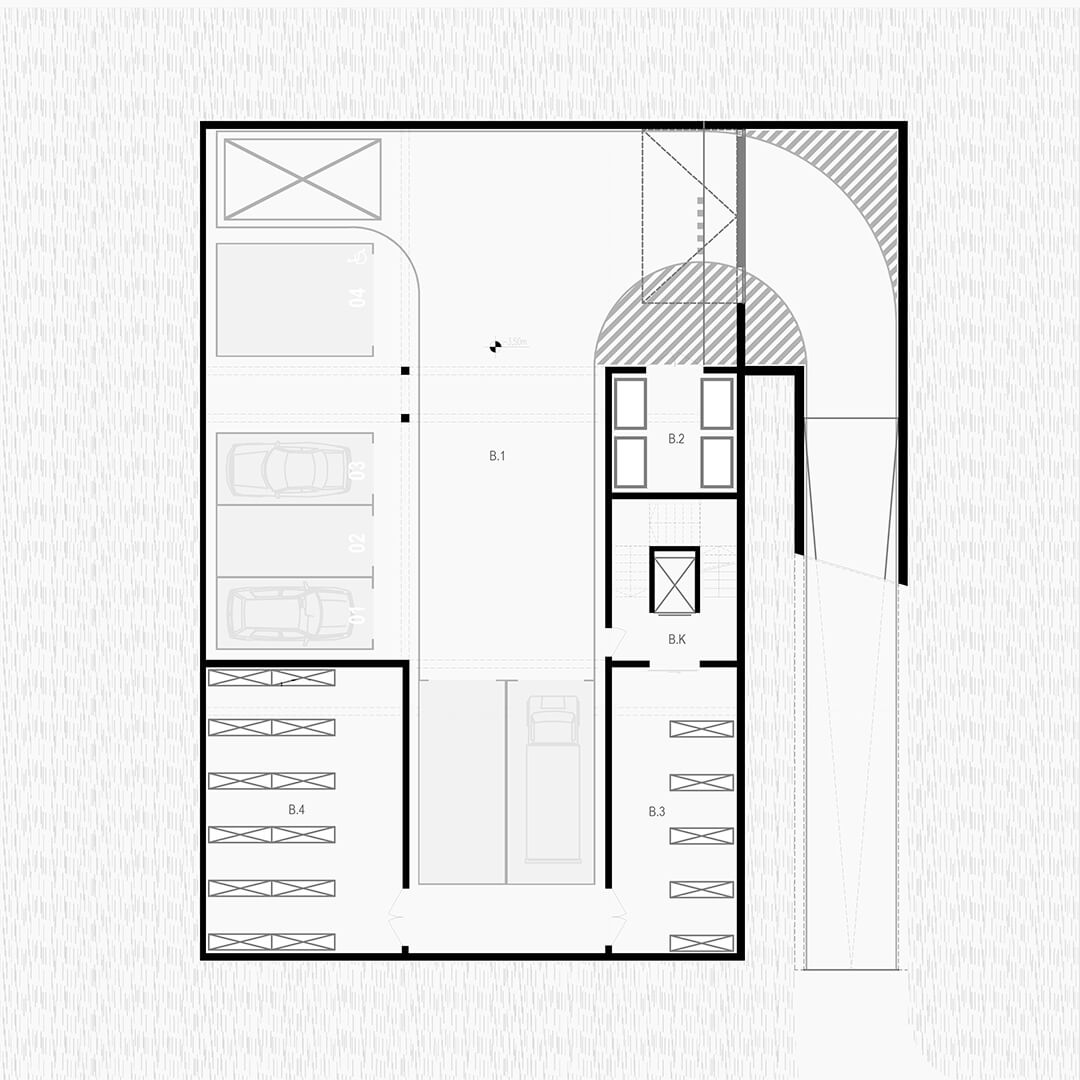 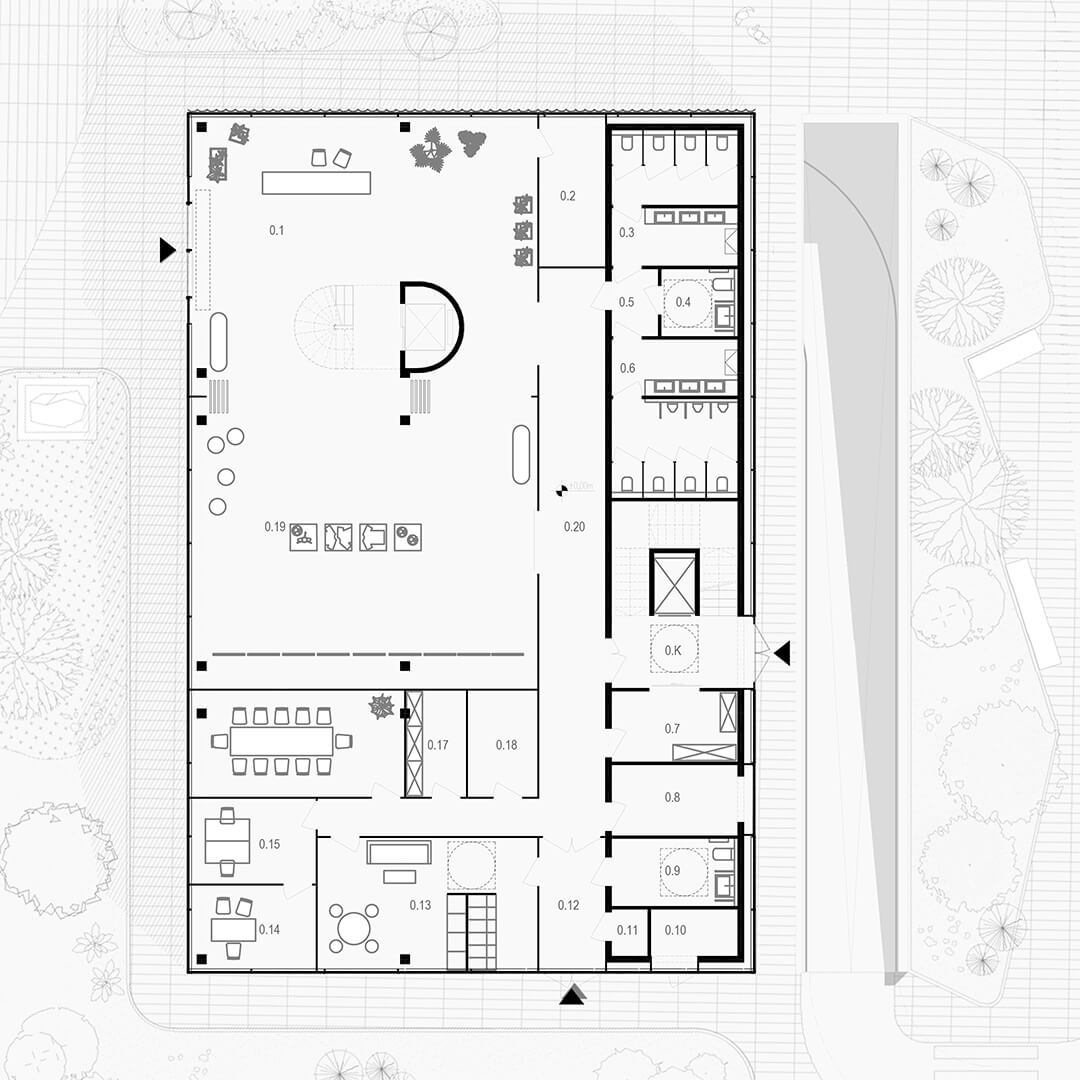 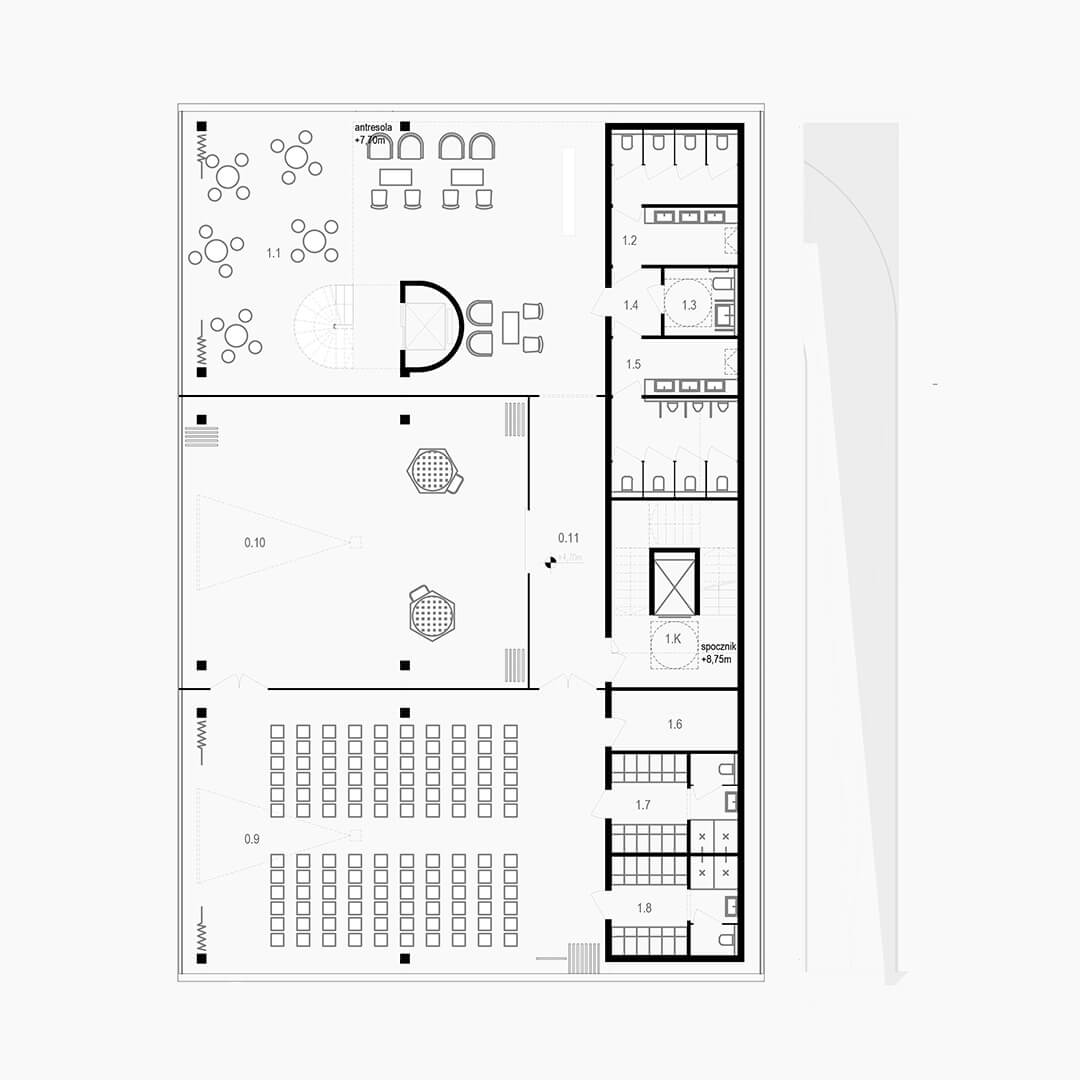 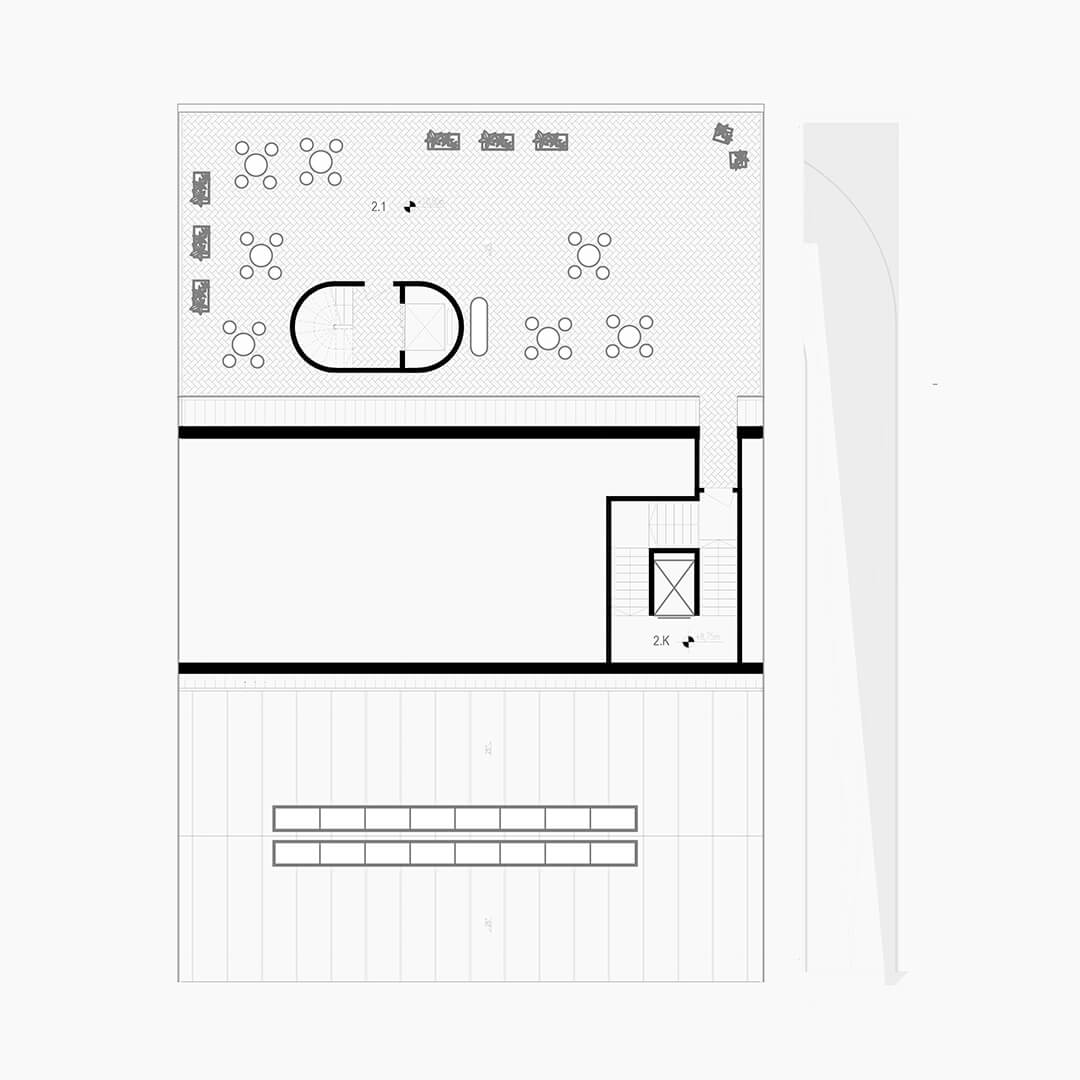 2. Project explication – Urban Concept.
I. Roofs – the form of the building.
The concept of roofs is for us the main carrier of the idea of the building itself. It finds its justification not only on the scale of the city, but also on the scale of the complex itself. It can be said that each of them corresponds in a way to the function it contains.
II. Reference point.
The designed building, through the development of its facade, becomes a kind of urban landmark, a luminous point. Therefore, it is not only complementary, but also a target one.
III. Arch.
The building is part of the orthogonal-grid development by leaving its foreground free. Exactly in this place we decided to perform a treatment on the underline of the running track, which weaves in front of the field on the quay.
IV. Monument.
The relocation of the monument in such a way that it is located right next to the entrance to the building is a procedure that emphasizes the above-described arch in the development of the area and, more importantly, exposes the role of Kazimierz Deyna. 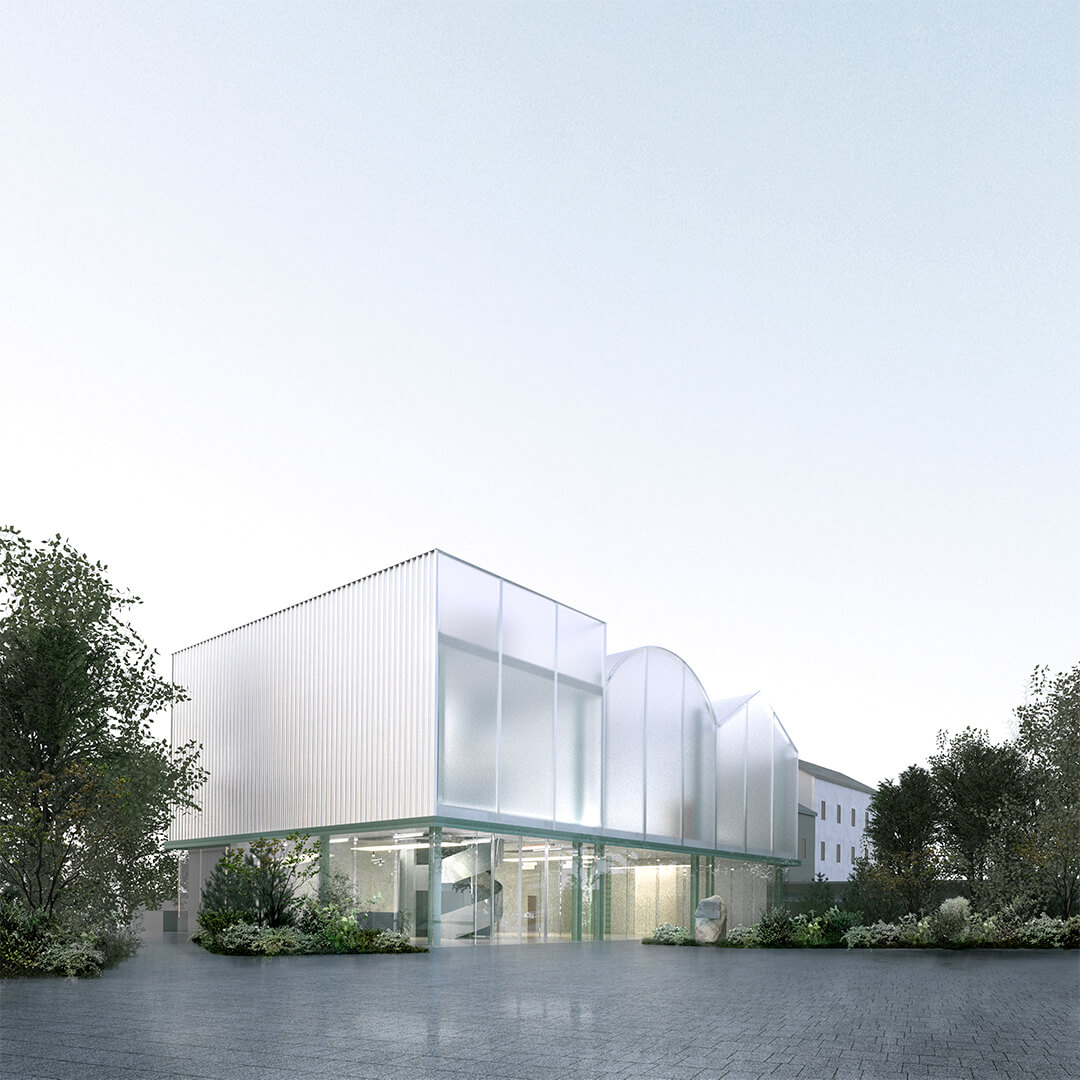 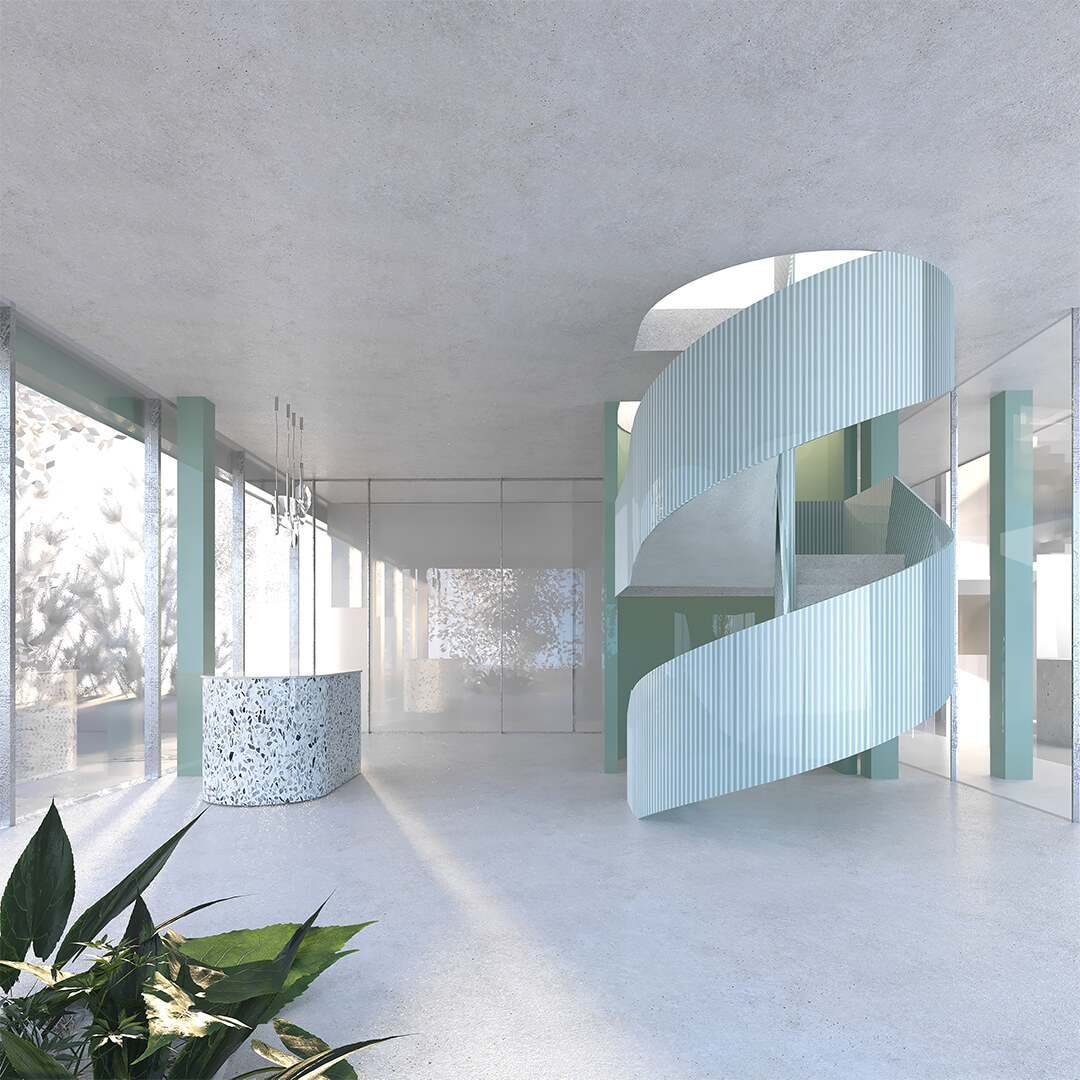 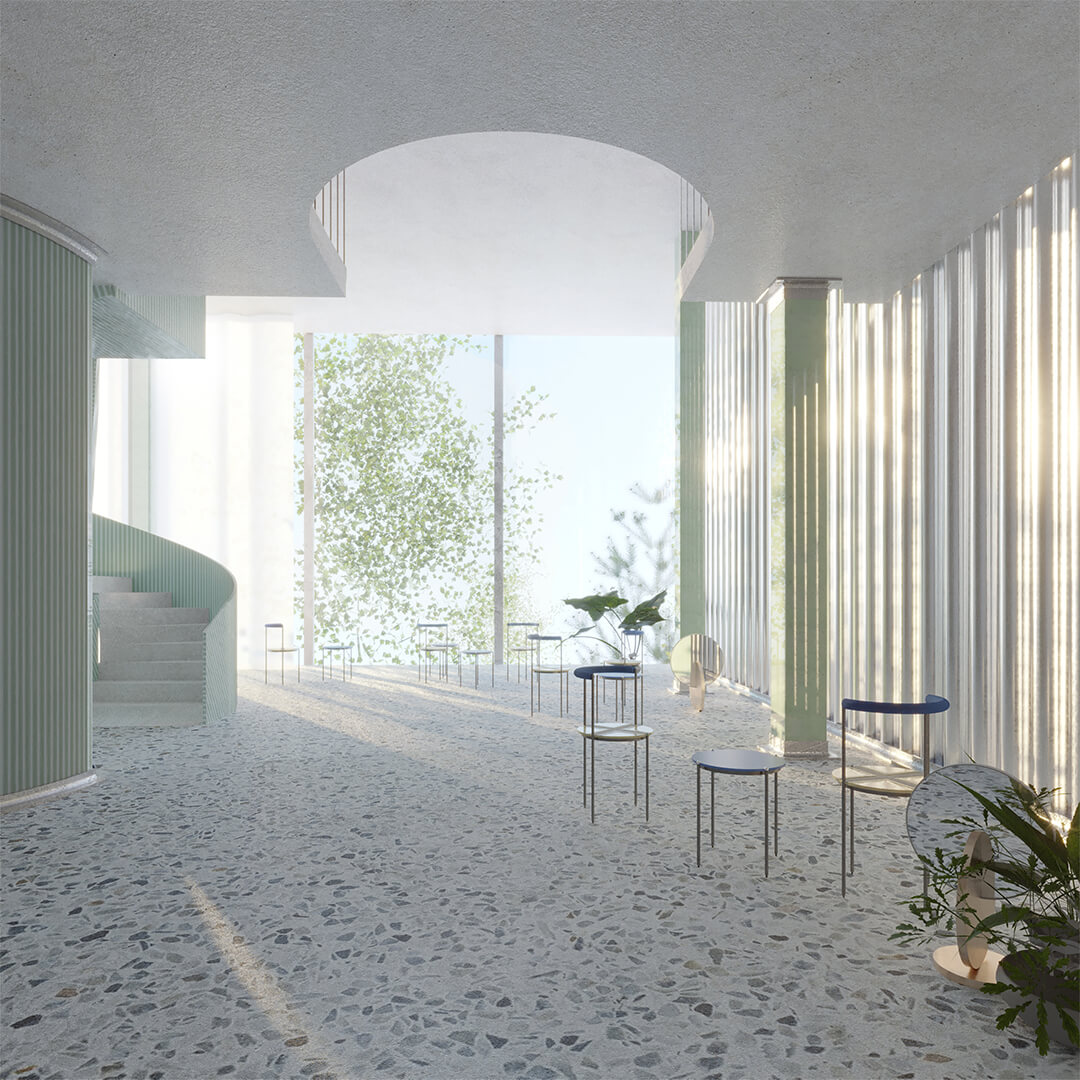 3. Project explication – Architectural Concept.
I. Three functions – three roofs.
In turn: flat roof – everyday functions, main hall and café with a mezzanine, cradle roof – functions directly related to sports, sports and recreation room, exhibition, gable roof – these are activities carried out in groups, i.e. management and administration, multi-functional room (e.g. conference)..
II. The wardrobe.
By placing the auxiliary functions in one box, we obtained the openness of the building, easy to arrange rooms, modifiability and flexibility.
III. Levitating solid.
The purpose of highlighting the ground floor is to enhance the building’s accessibility from the human level, while the body levitating above it is a visual reference point.
IV. Three illumination.
As each of the three forms has different functions, it also has different lighting. The flat roof terrace provides full light, the barrel roof – reflected light, the gable roof – diffused light. Each of them has its own justification in the functions inside – the desired illumination condition.