System that catalyzes and revitalizes the obsolete city through its infrastructural and green condition, emulating the formal character of the Paromlin flour mill. 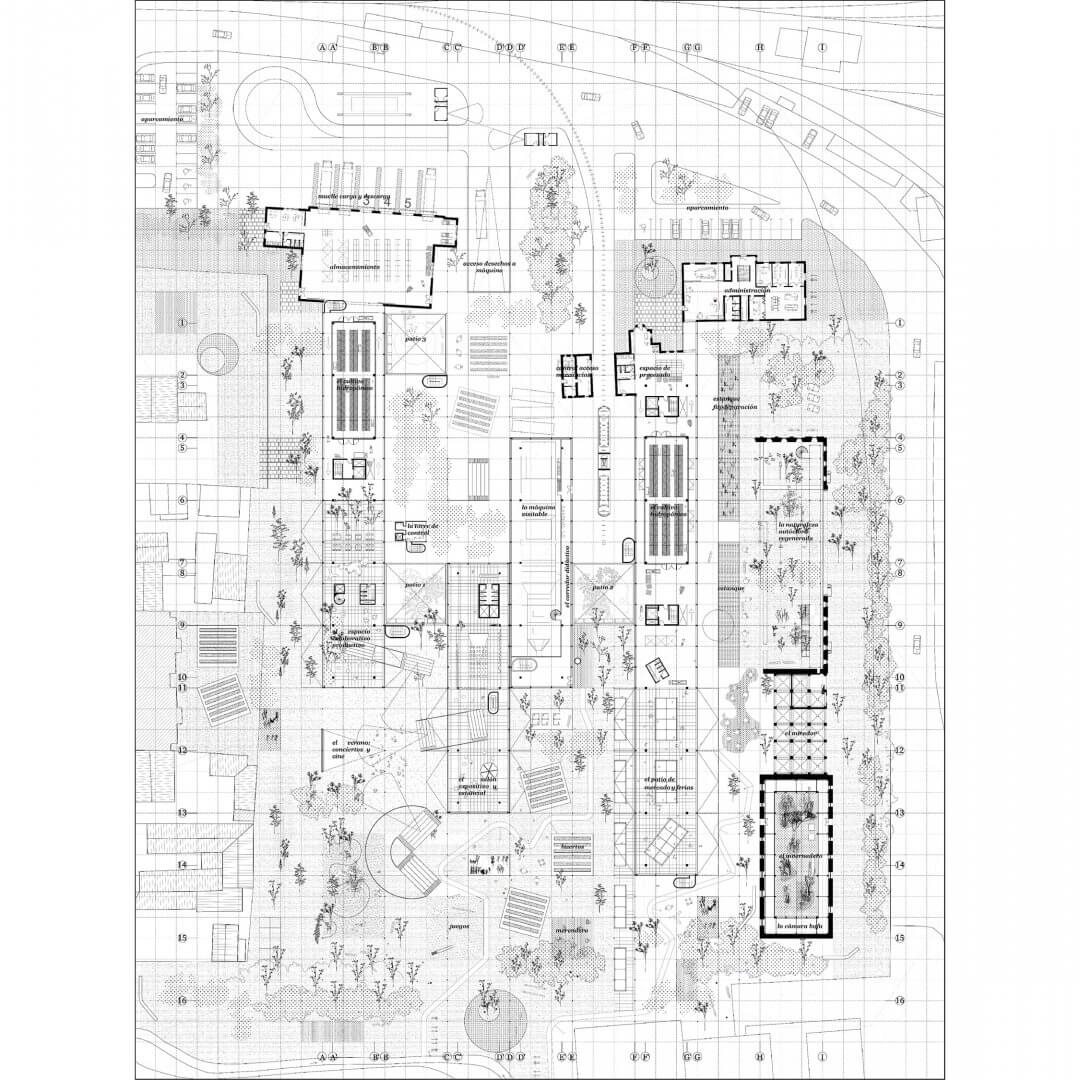 The epicenter of the city of Zagreb has ended up being consolidated as a vacant space. What used to be an important flour mill is now an irruption of the longitudinal green axis that dominates the city from north to south in the form of an extensive parking lot “guarded” by the unique building of the Paromlin complex. It is the point at which the intersection of two realities is specified: the green longitudinal axis and the industrial transversal axis, the character of the first subordinated to the relative position with respect to the second. Therefore, the recovery and revitalization of this point represents a paradigm shift for a neighborhood that lacks a human scale. 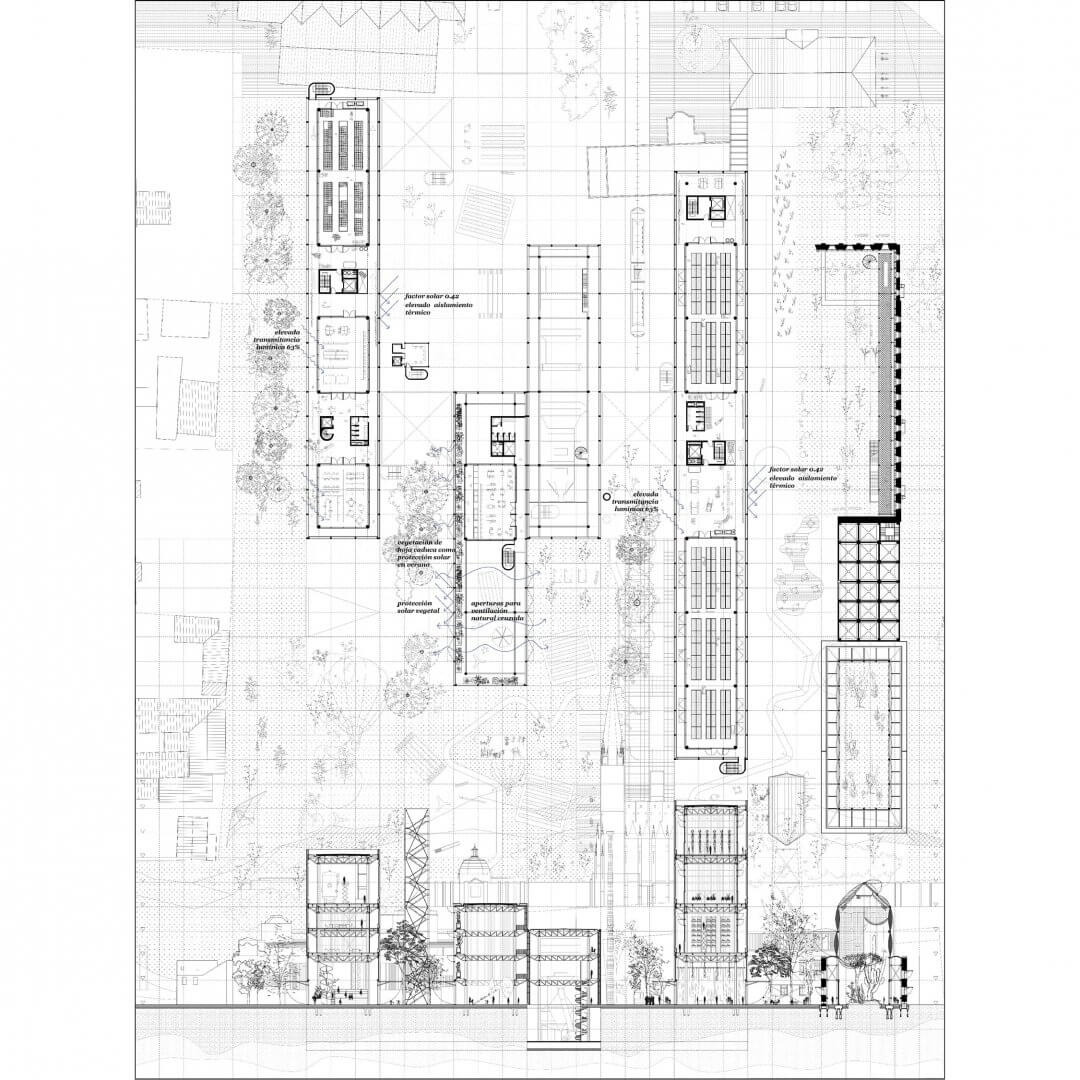 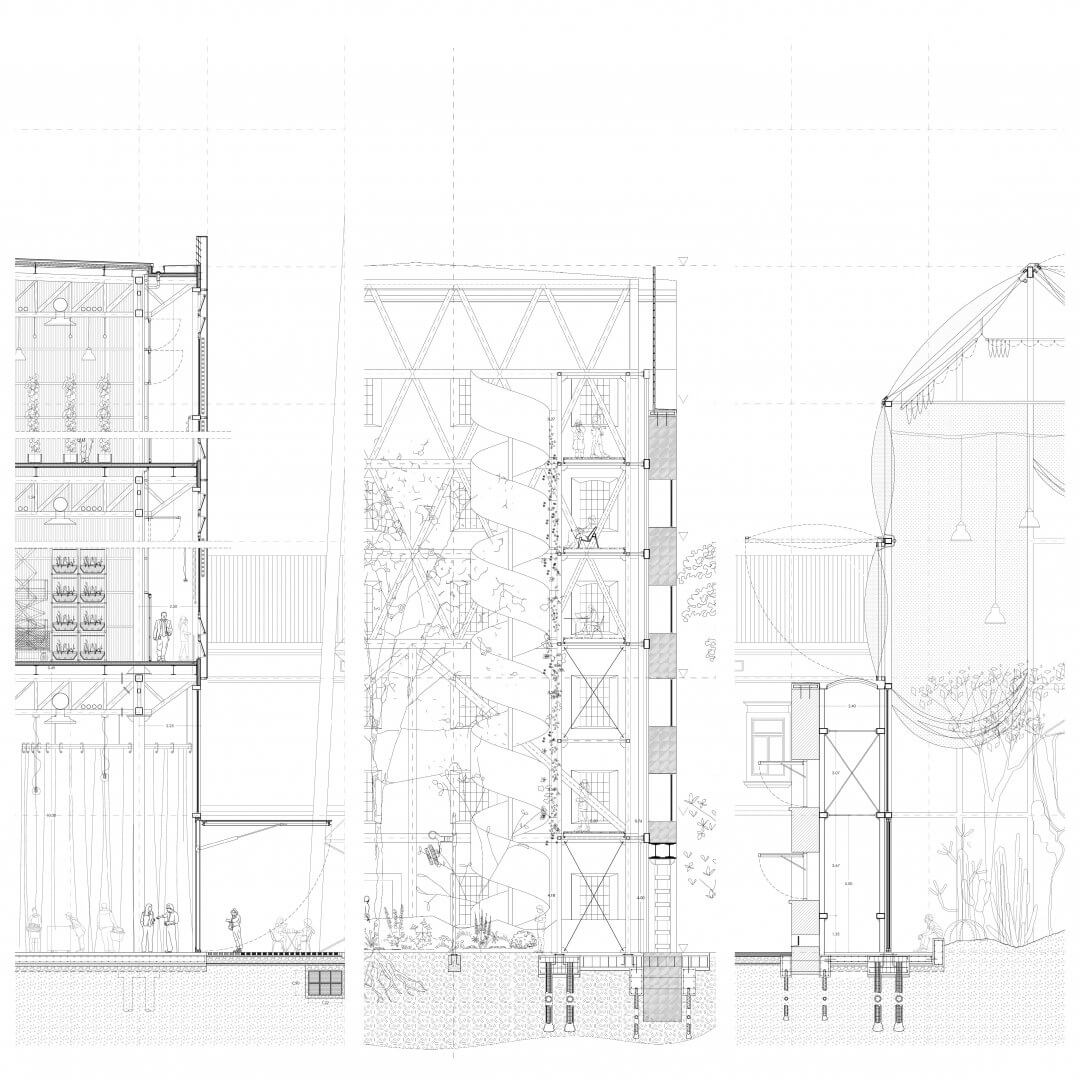 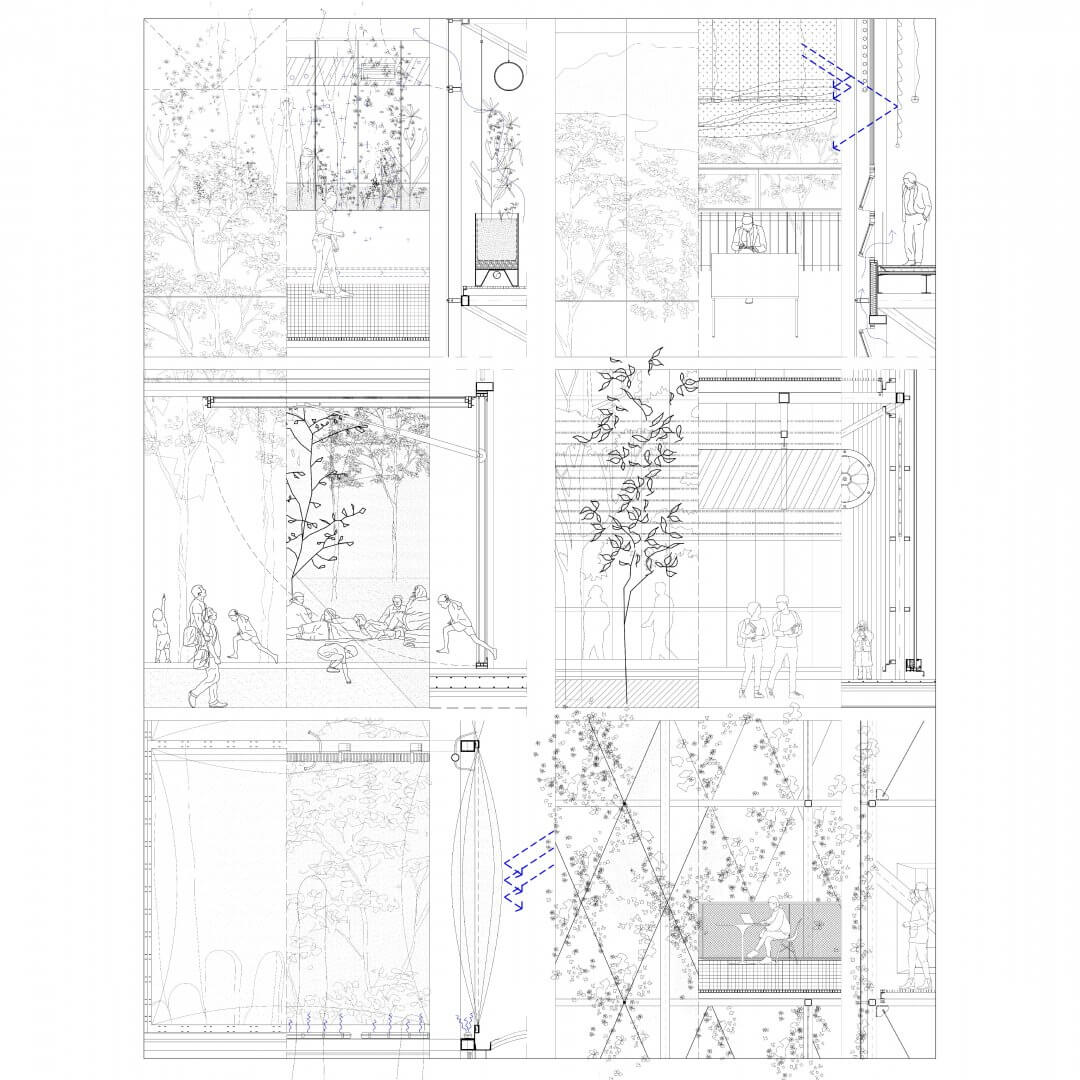 It is a place that is an edge in itself, but whose opportunities are seized and enhanced. The pre-existing elements are adapted, the architectural barriers are eliminated and the unconnected block is sewn through pieces that are ordered from north to south under the rules of a 15×15 grid according to the proportions of the Paromlin. These four pieces, with the same bay, but different lengths and heights, slide relative to each other, creating different interstitial spaces and two poles of different character; so that the north is consolidated as a new distribution center, taking advantage of the railway lines, and the south becomes the new public social center that connects with the existing green axis. 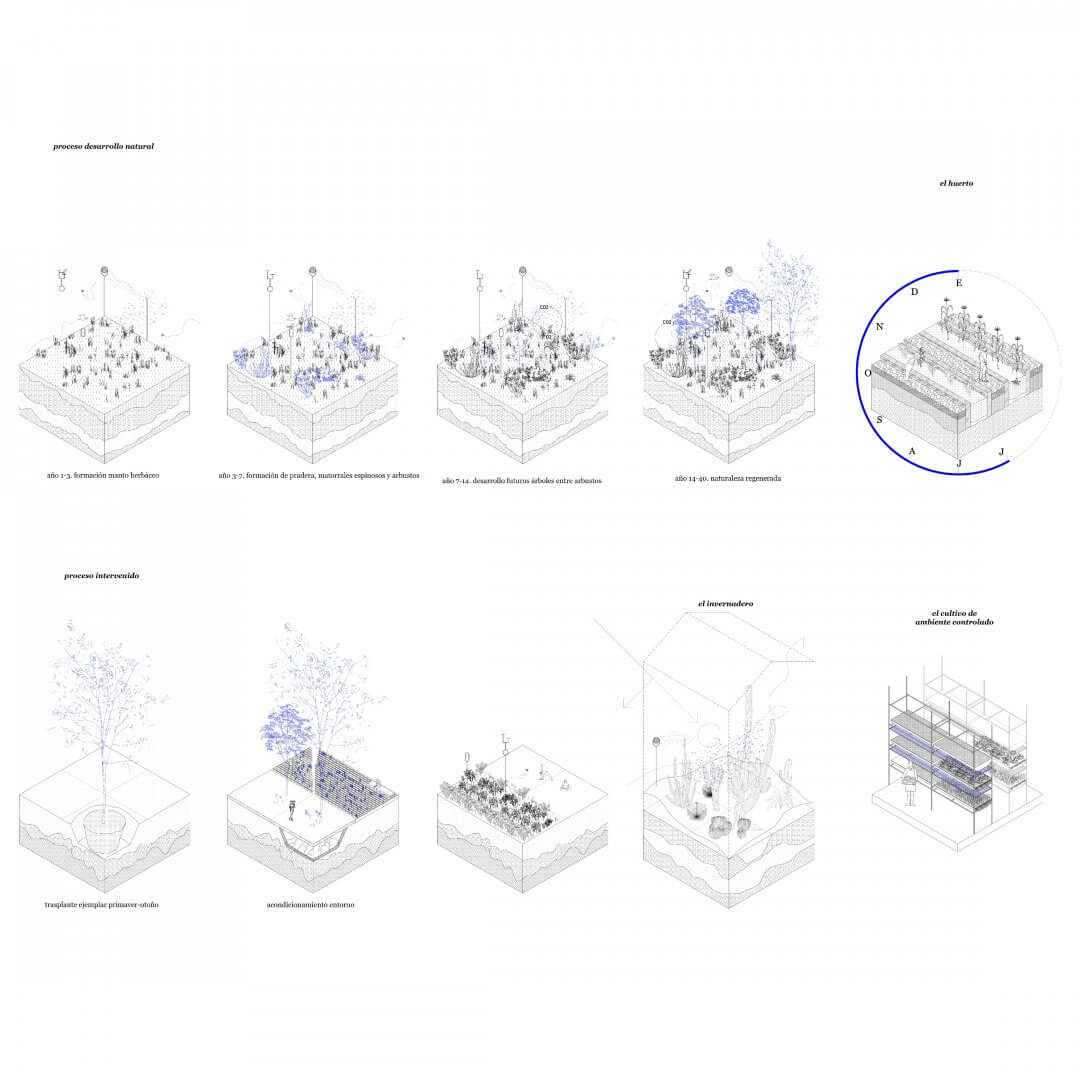 A city is generated from a ground floor for public use in its southern orientation, which is intended for the ordinary citizen, with a large outdoor and indoor recreation space. An interior capable of being articulated according to use and seasonality, an interior of multifunctional spaces that extend its program to the exterior. The new transparent pieces reconcile the private with the public, constituting a support for the city in both cases. The program on the upper floors is mainly based on the vertical and indoor production of controlled environment crops, which is unloaded in the market, located on the ground floor, in a culinary center located in one of the rooms; or to the city via rail distribution. It is a closed system that feeds on the waste produced and also urban waste to generate its own energy. 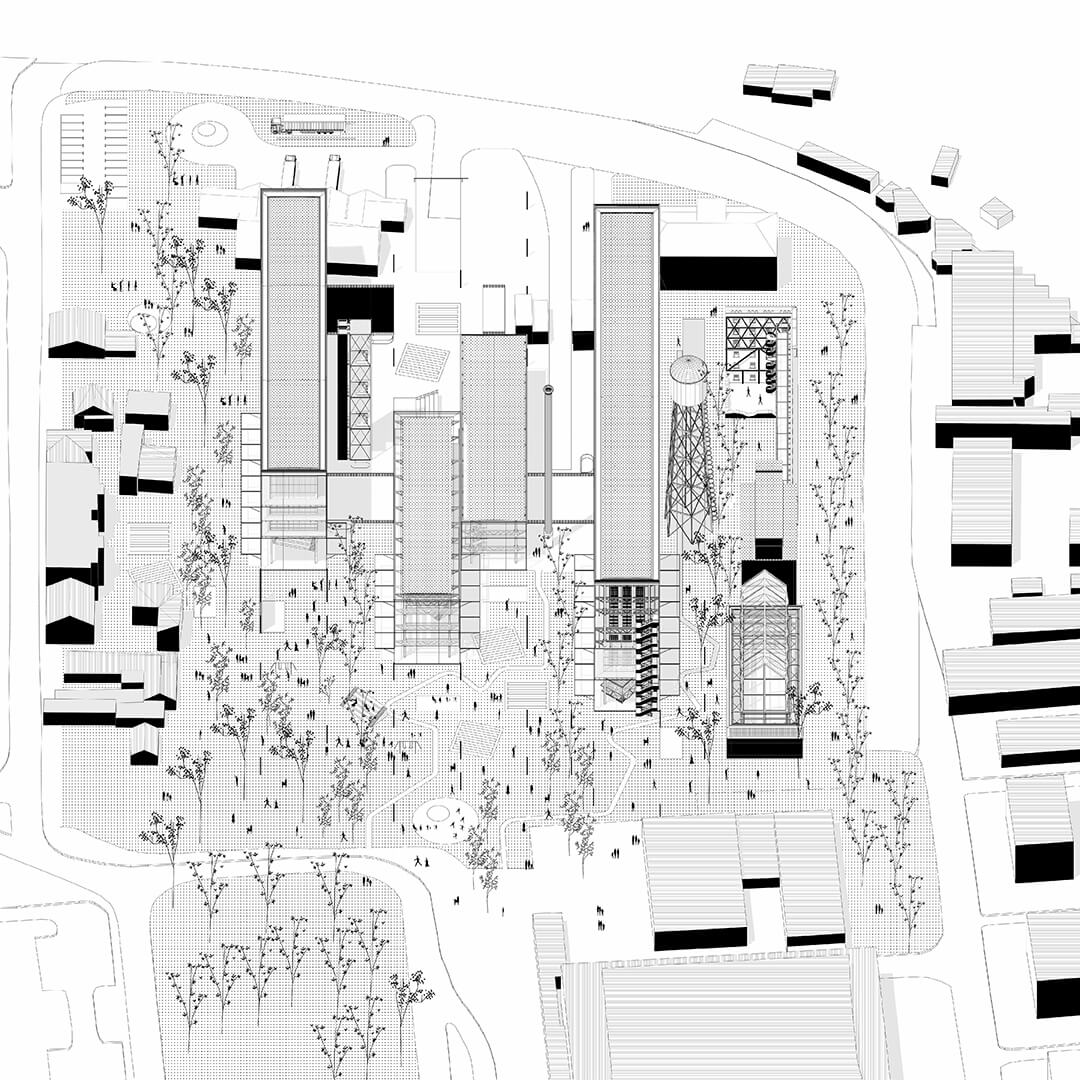 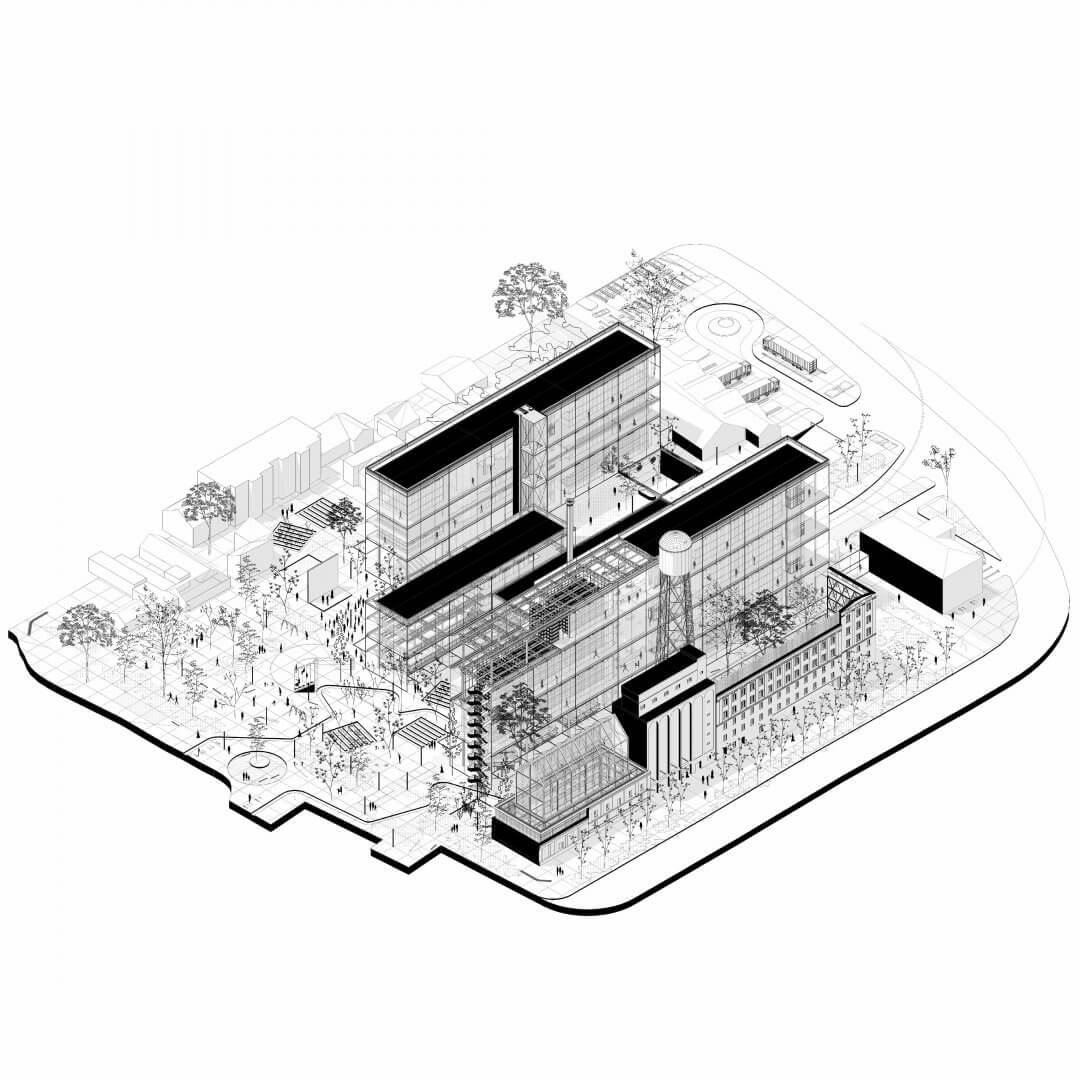 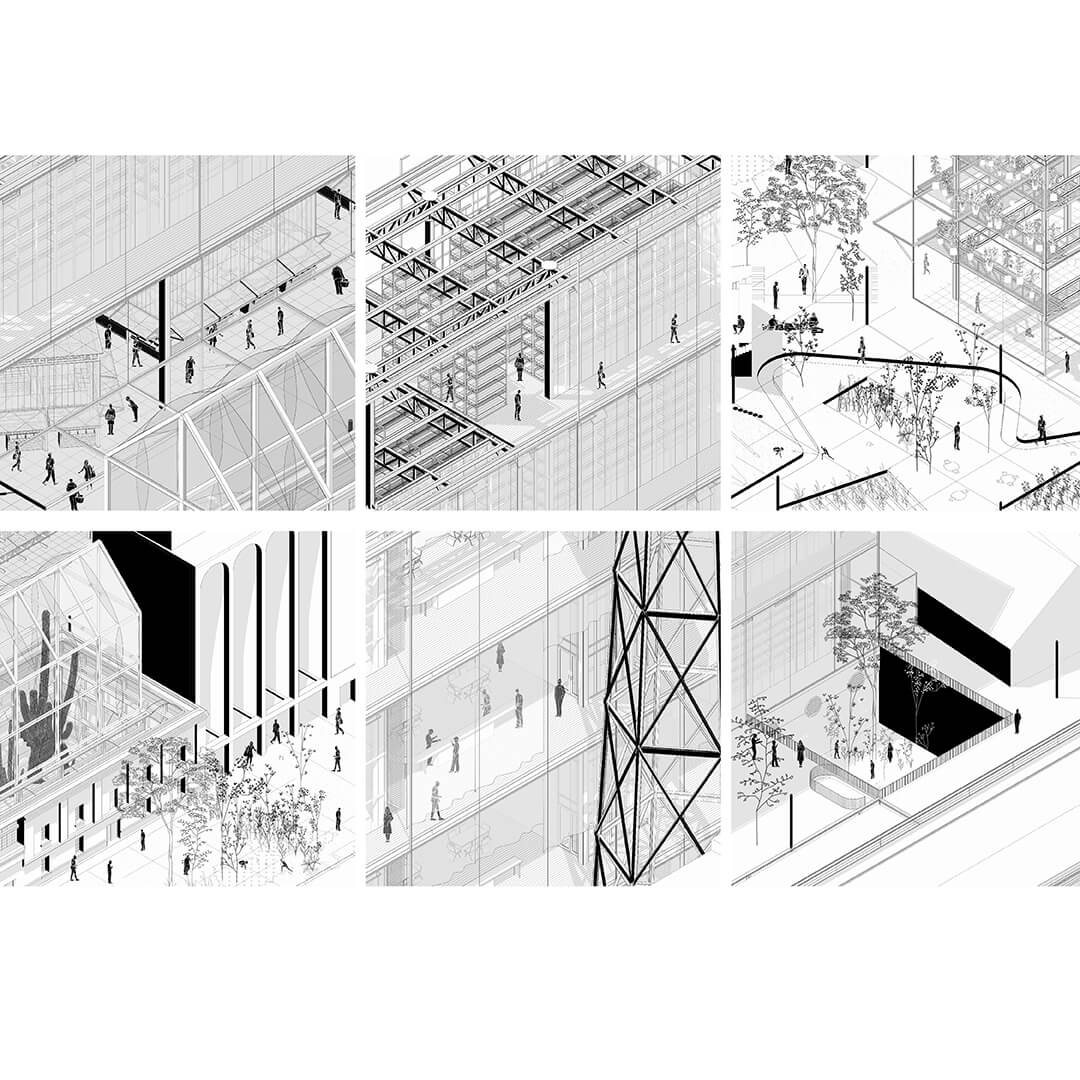 Different uses, different orientations and different requirements demand different enclosures. Thus, double skins with automated openings and different sun protections are used, whether vegetable, textile or in the air chamber of the double skin, also envelopes made of translucent cellular polycarbonate panels or photovoltaic glass on the south-facing faces, cushions EFTE triple-layer tires with solar control and motorized openings, and even a system of cables and bars as plant support. These new pieces, ethereal and neutral, serve as a backdrop for the Paromlin, without contaminating its massive image already consolidated in the collective memory of Zagreb. The renaturation of this, already started freely and without human intervention, continues up to the pre-existing green axis. 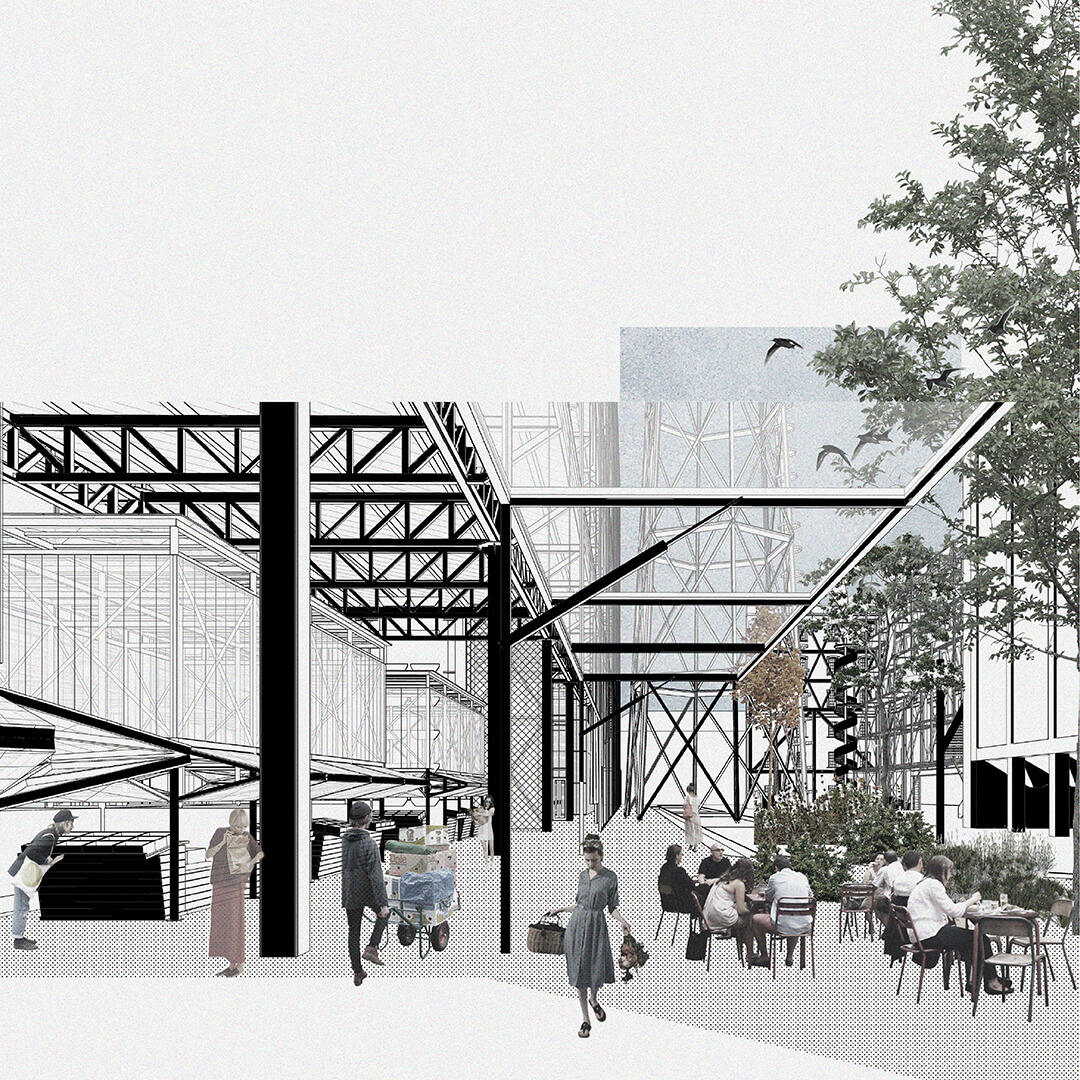 To reactivate what was an underutilized space, three rules are established: infrastructure, naturalization and programming. An infrastructure that, in addition to serving human activity, can also support the natural regeneration of the place through elements that act as natural catalysts, generating a garden in motion. A differentiated renaturation according to the processes of free development or those manipulated. Acting on the Paromlin is based on offering or facilitating a place for said nature. The New Paromlin becomes a system that catalyzes the city through its infrastructural and green condition, a mechanism that is fed back by circularity and that is both server and served, which is an extension of urban life.