The proposal seeks to exalt the work of the artisan through the loom, a symbol of the traditional warmth and shelter of the Mexican people. 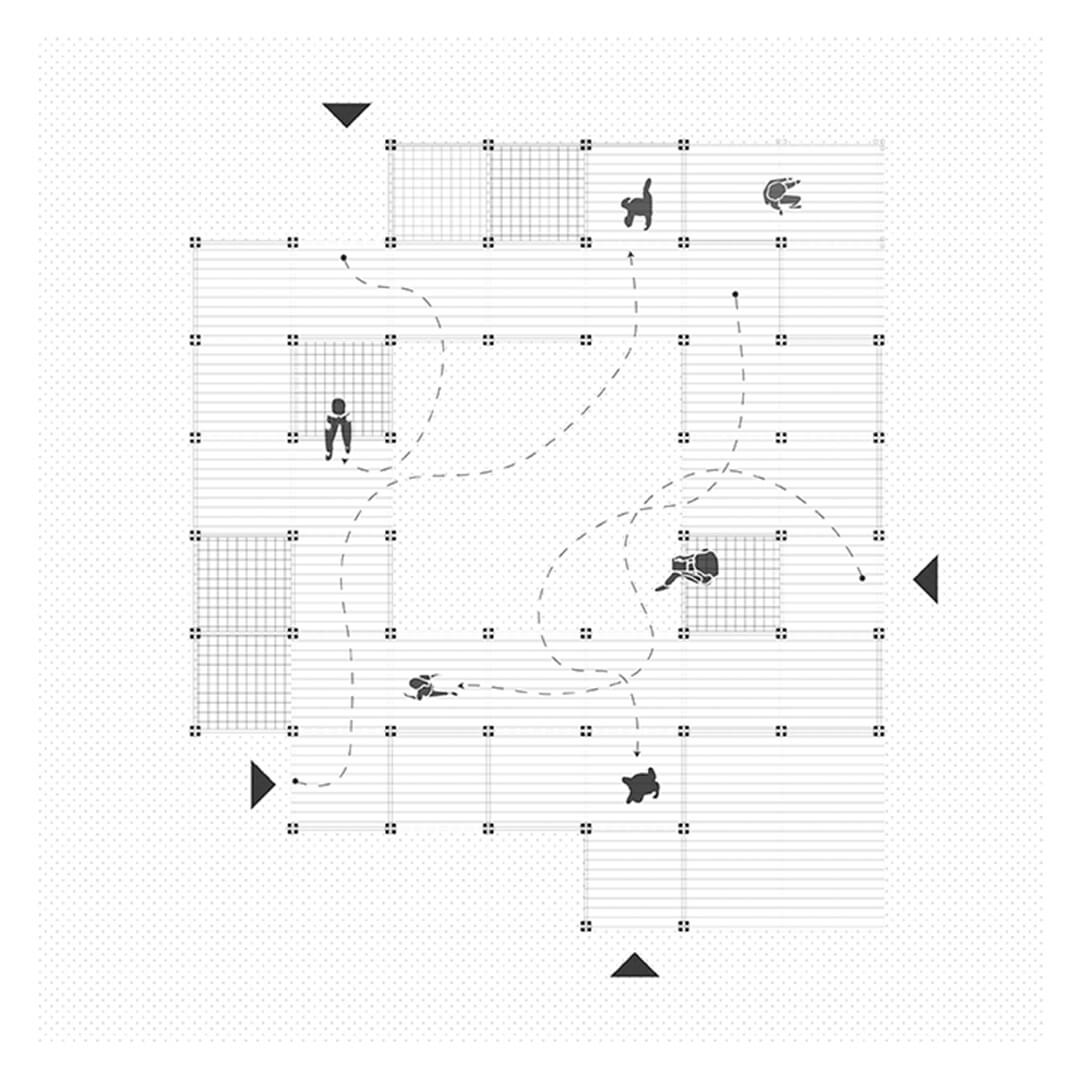 Located in a space in front of the Alameda Central in Mexico City, the “Entretejidos” pavilion aims to reactivate the urban space by inviting the user to explore and interact with it. 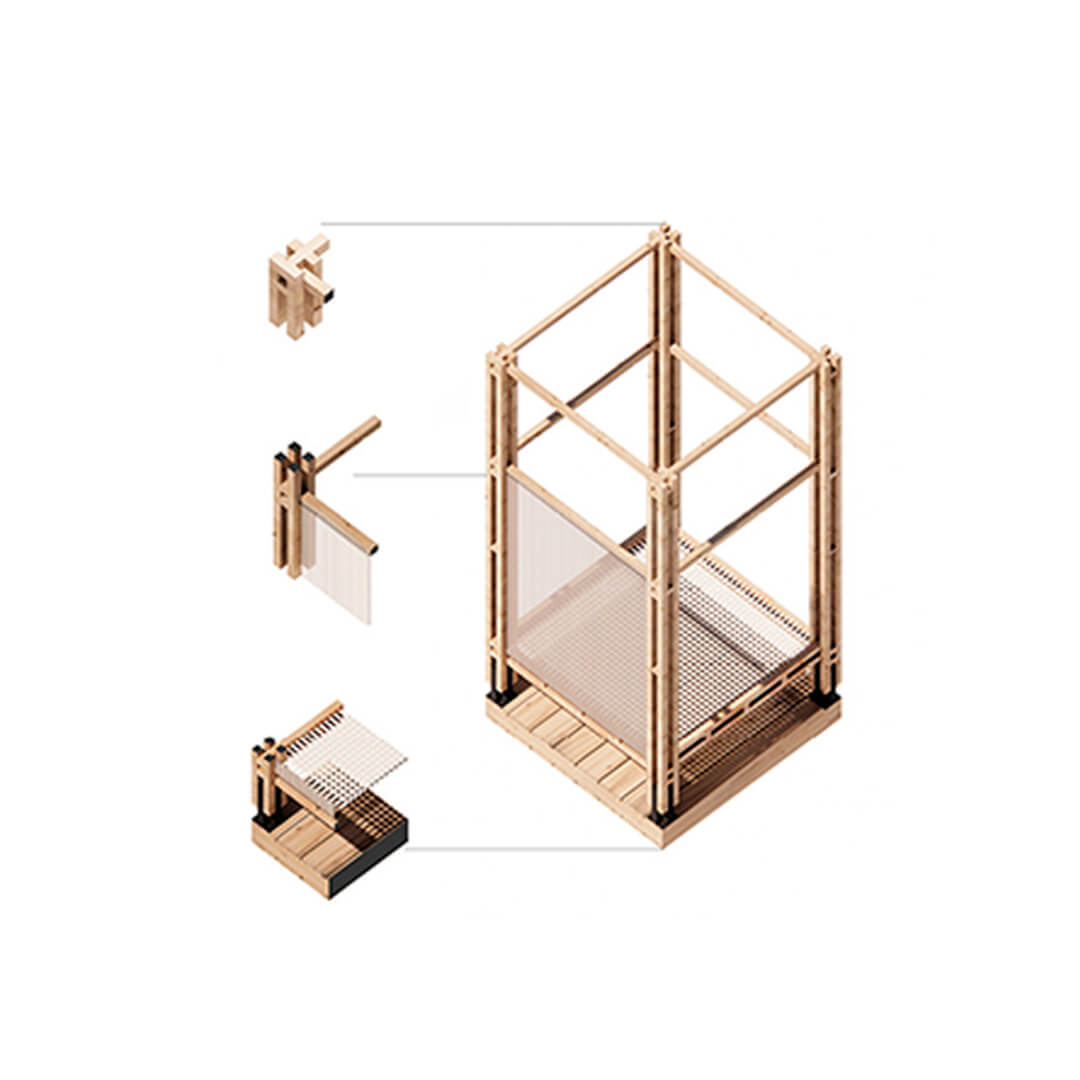 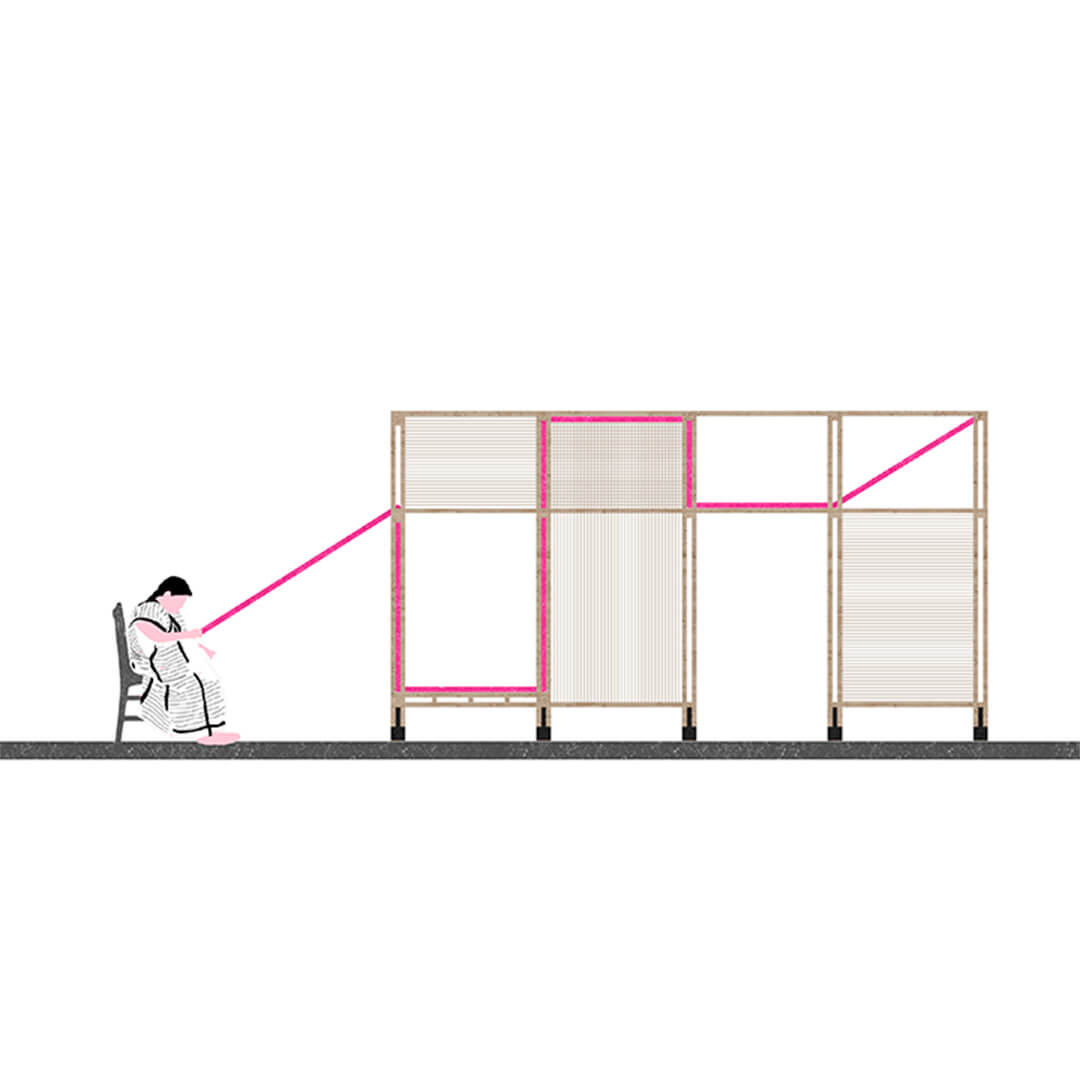 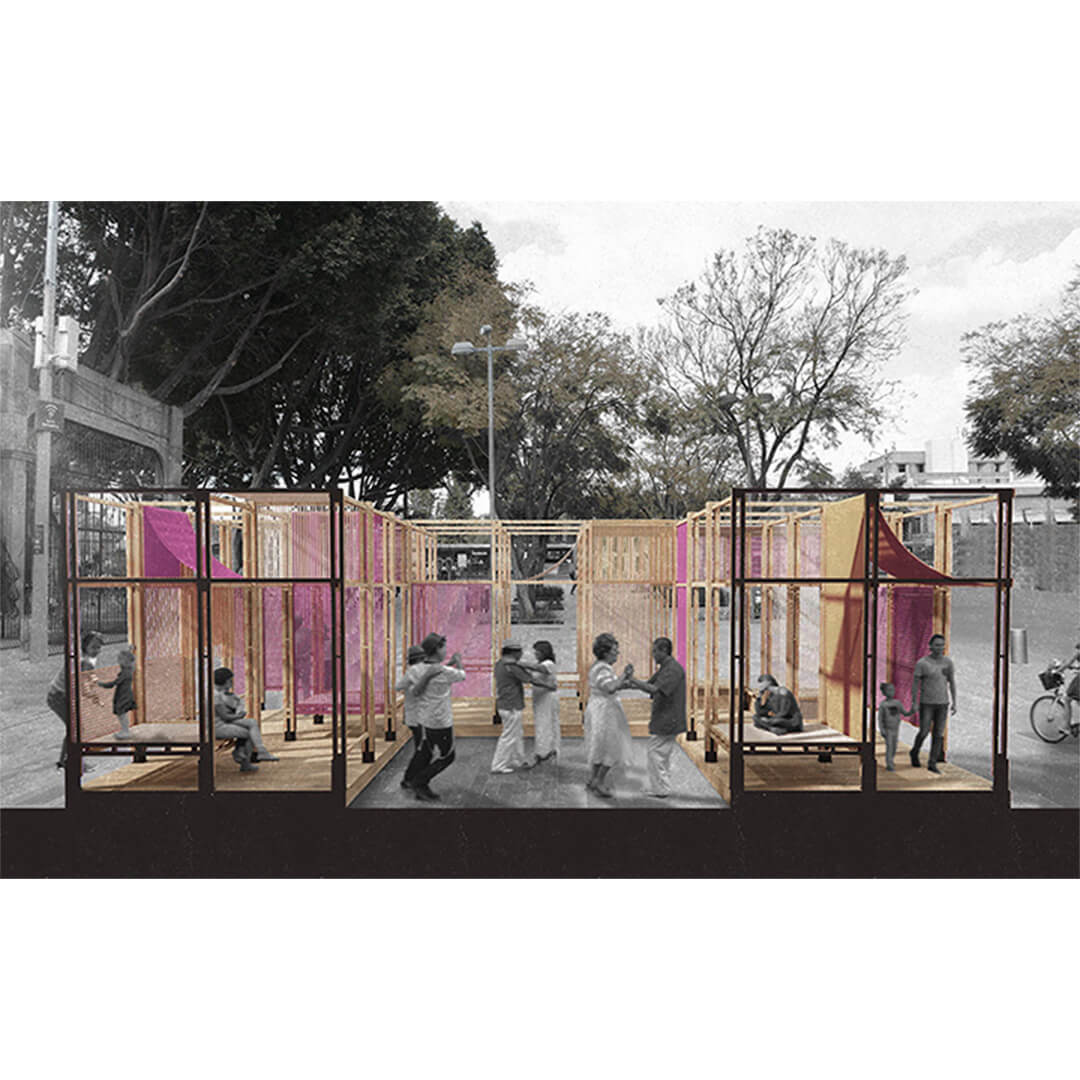 Interwoven invites the user to delve into the craft process through a sensory experience. This promotes a modern Mexicanness through the reinterpretation of the elements that make up our identity. The pavilion is articulated as an inclusive space that not only invites contemplation but also pedestrian experience, generating an area that allows the development of various typical activities of a day in the Alameda, urban shows, salsa classes and artistic exhibitions, among others. others. The fabrics of the pavilion will be carried out with raw material from a community dedicated to the elaboration of artisanal textiles. At the end of the exhibition period, the materials that will make up the pavilion will be sold as independent pieces, the proceeds will be donated to the community, promoting local commerce and the circular economy. 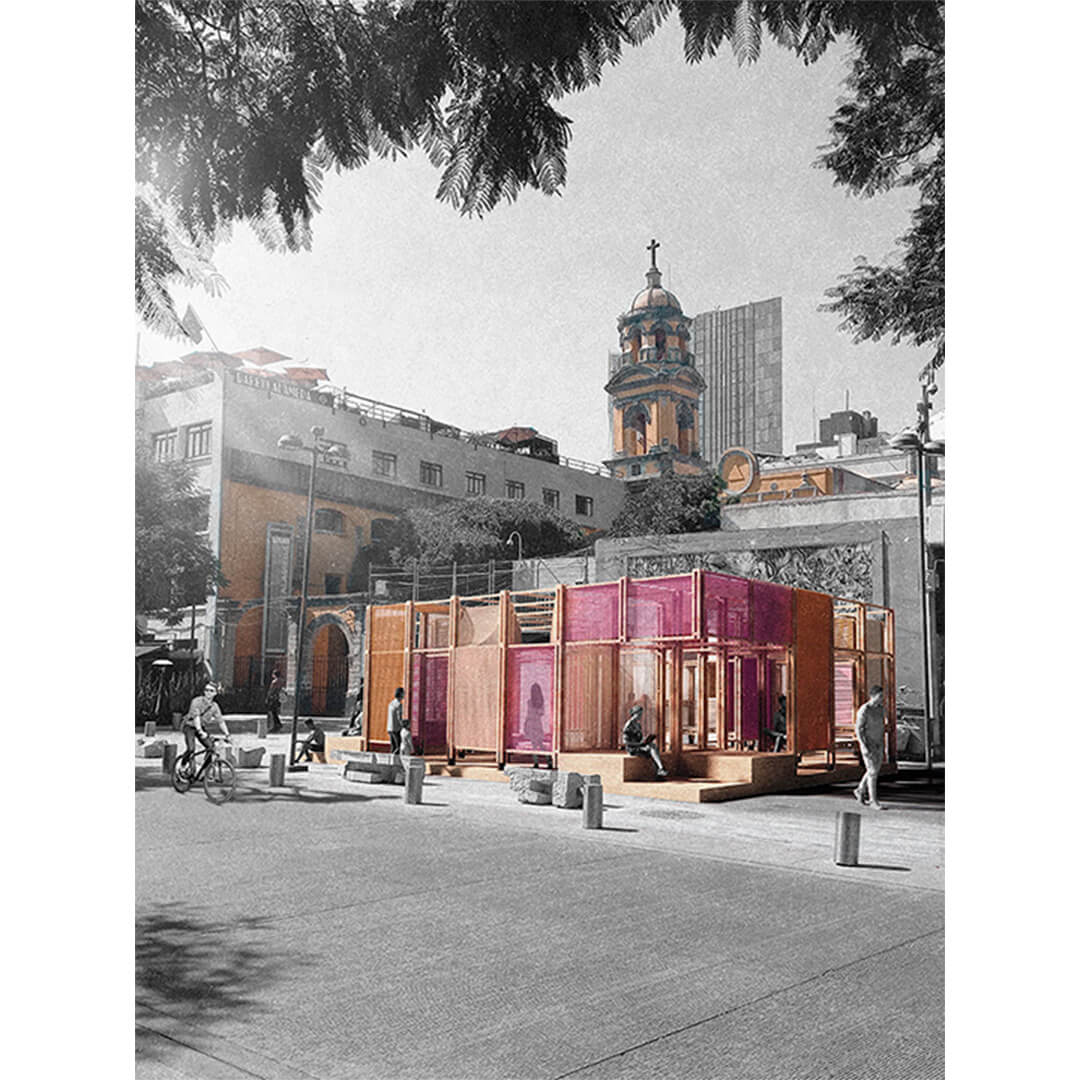 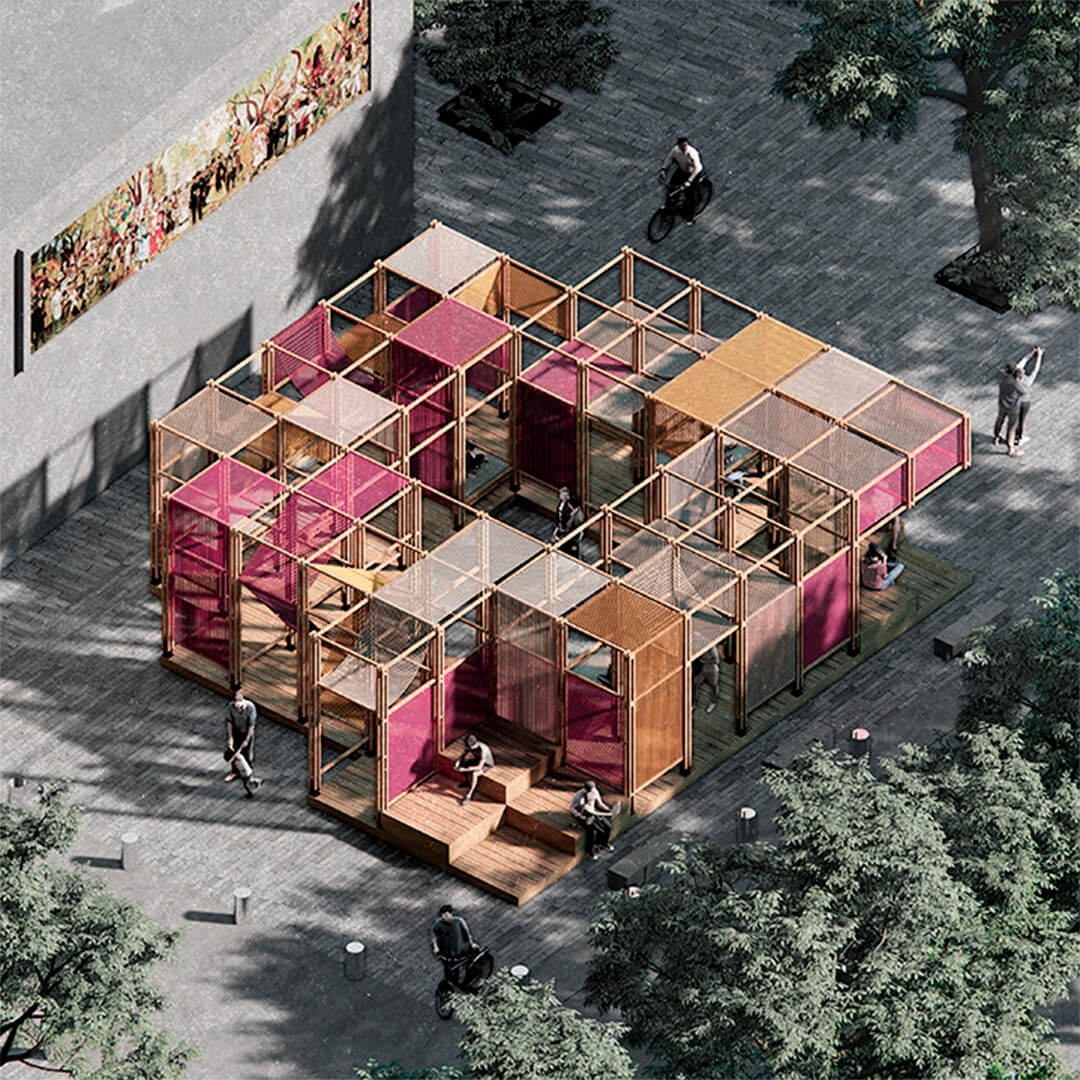 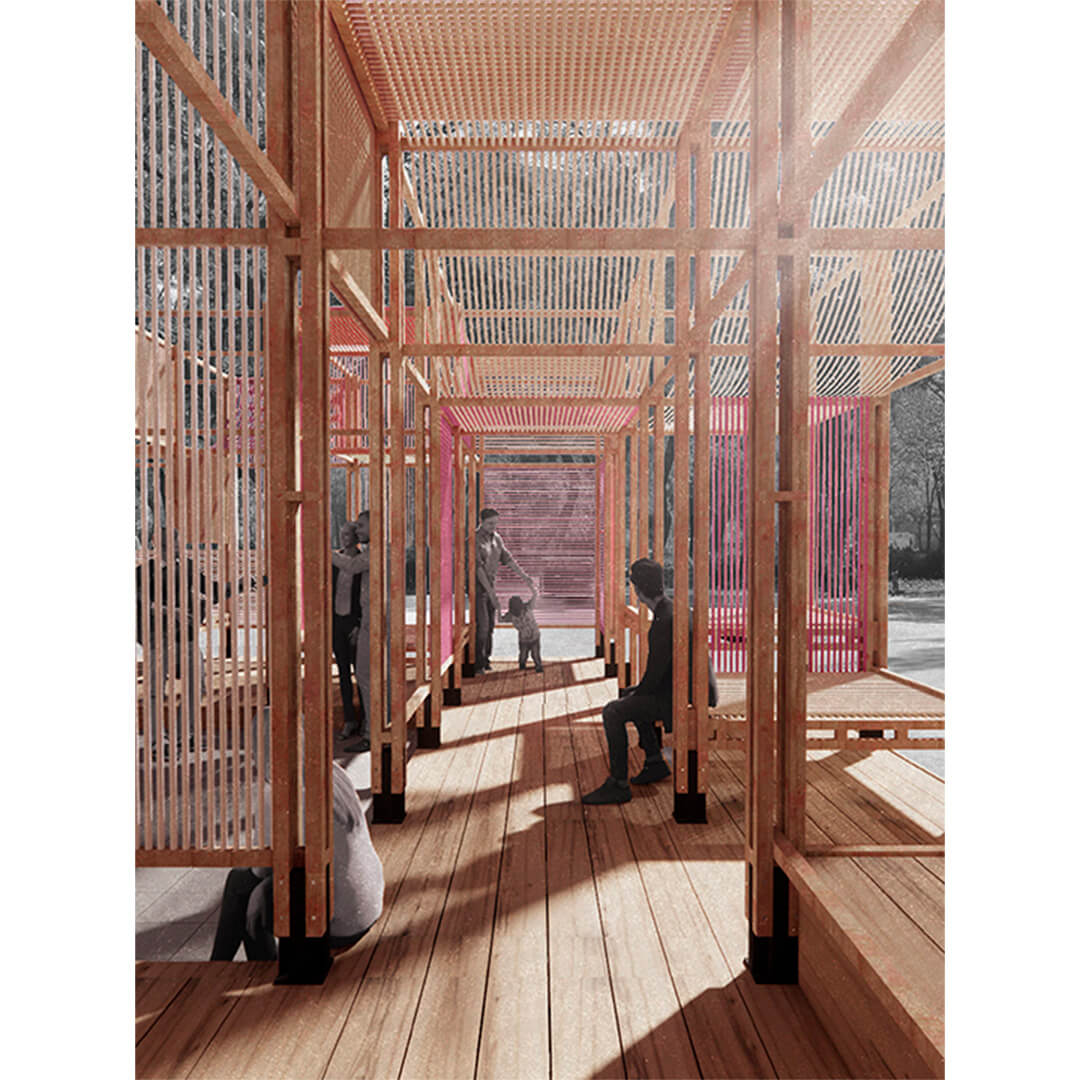 The constructive proposal consists of a modular structure made up of columns and beams, armed with 2” x 2” strips, joined by means of screws. Subsequently, cotton rope dyed with natural and traditional pigments in Mexican artisan use would be tied to the slats. Said ropes would generate lattices arranged at different heights, which when crossed or “woven”, generate different degrees of density, allowing more or less light to pass through, and generating a juice with the shadows and with the scale. It is proposed that the structure be self-supporting, by anchoring the columns to a wooden platform by means of steel joints. Finally, the furniture would be developed with the same materials by means of double reinforced wooden beams, which support the ropes horizontally and allow the user to sit or lie on them.