In this intervention, the existing state is interpreted without any ethical judgments, duality is recognized as a significant quality, an important part of the mysterious and attractive atmosphere of the place. 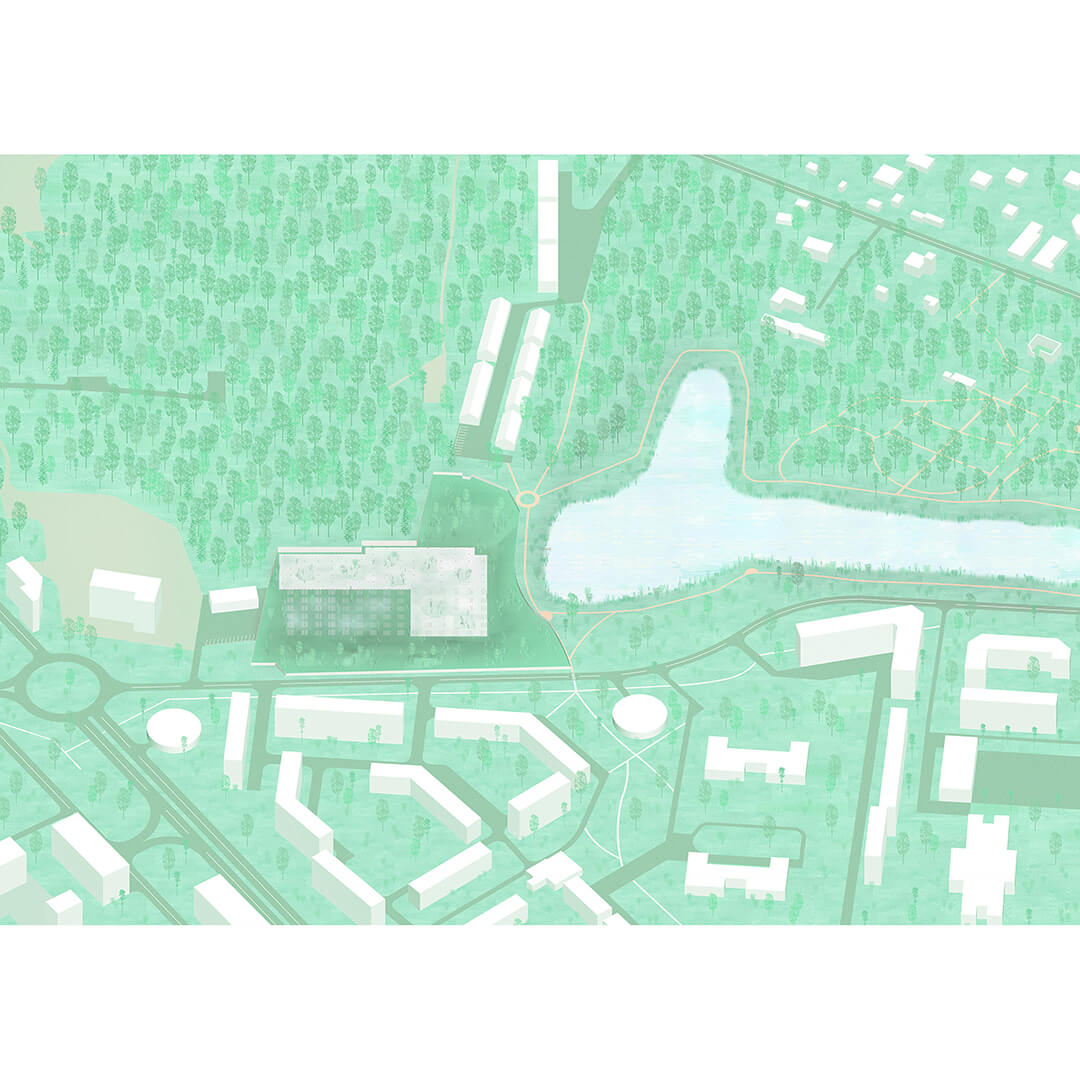 The place of intervention is a ravine. It is located at the intersection of residential buildings of the early 90s, historical park and new districts that are growing nowadays. This area is part of the park area of ​​the Belkino estate and closes the cascade of ponds. This ravine was a popular place among the townspeople, an extension of the park area, used as a space for games and recreation in the summer and a high slope for sledding in the winter. 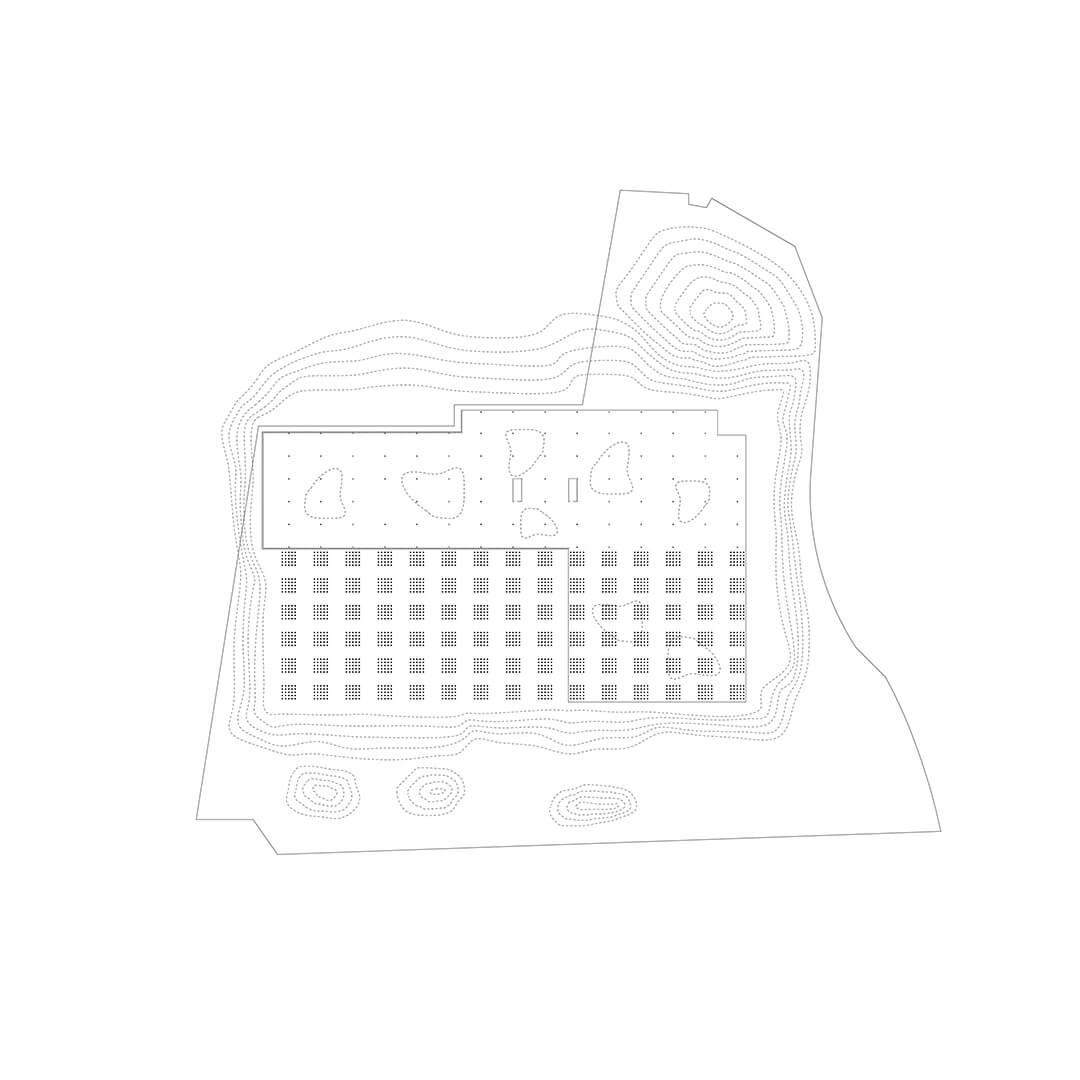 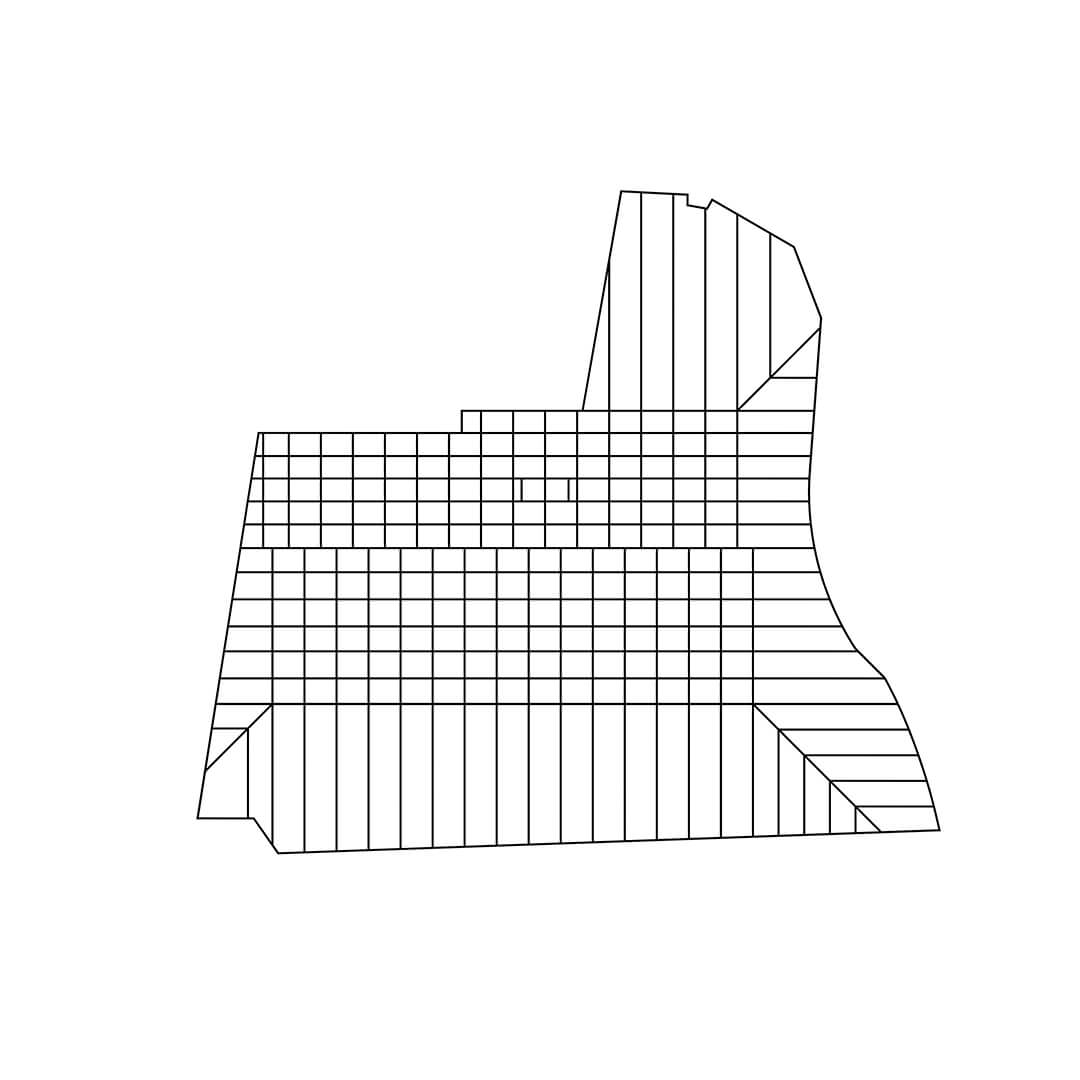 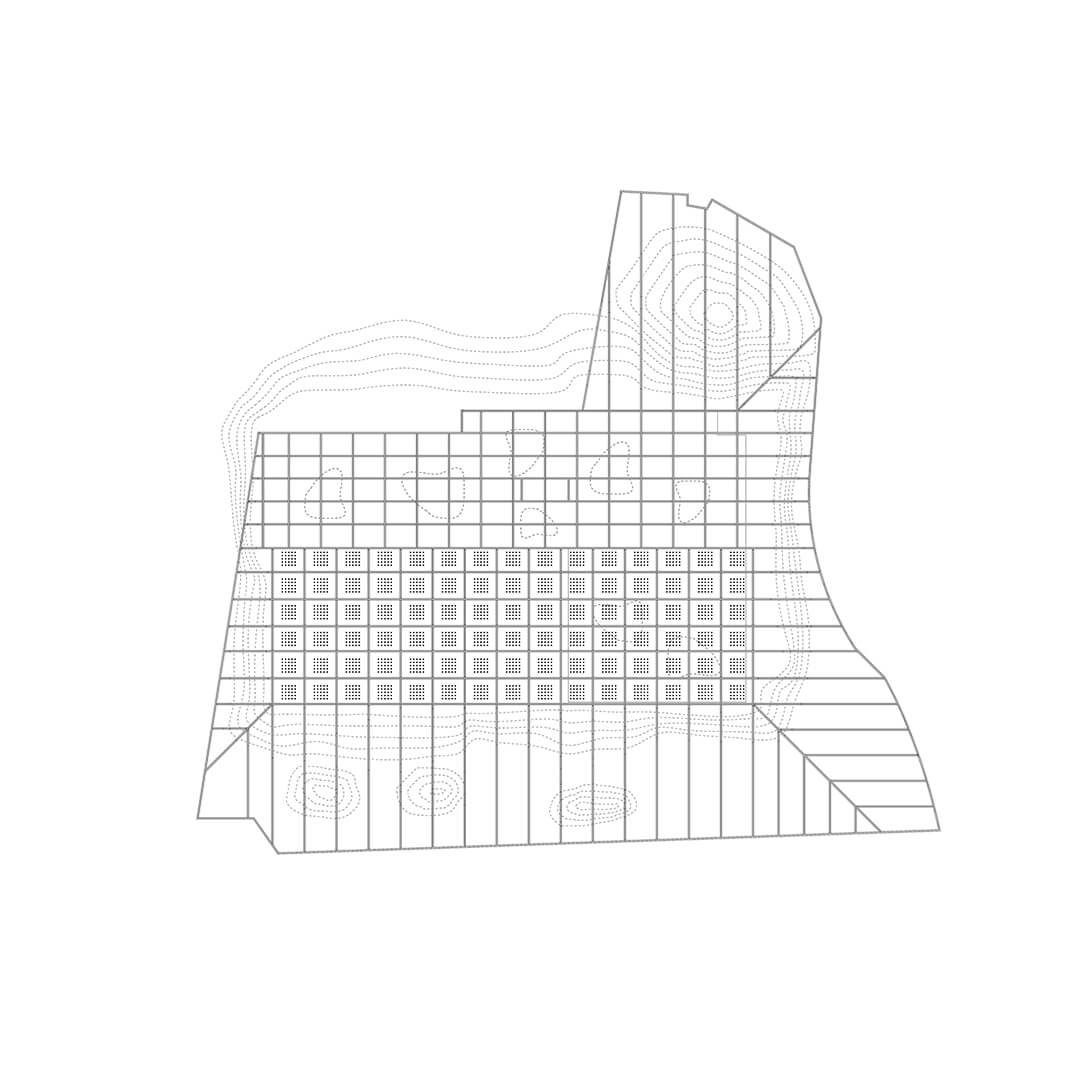 The urbanization of the territory, caused by economic growth at the beginning of the century, caused a series of transformations, as a result of which the ravine ceased to be a natural extension of the park. First, it turned into a parking lot for open storage of cars for a few years, then the land was given over to the construction of a large shopping center. The construction was not completed and the once popular place among the residents was lost, turned into an extinct pixel of the city, surrounded by a metal fence for more than 10 years. In such an abandoned state, the ravine was an illegal, no-man’s-land, an unknown, forbidden place filled with various artifacts. However, the place did not remain indifferent to its position, time returns everything to its former situation — the slab is overgrown with wild grasses, partially flooded with groundwater, the soil extracted during construction has turned into a real landscape covered with new plants and trees. 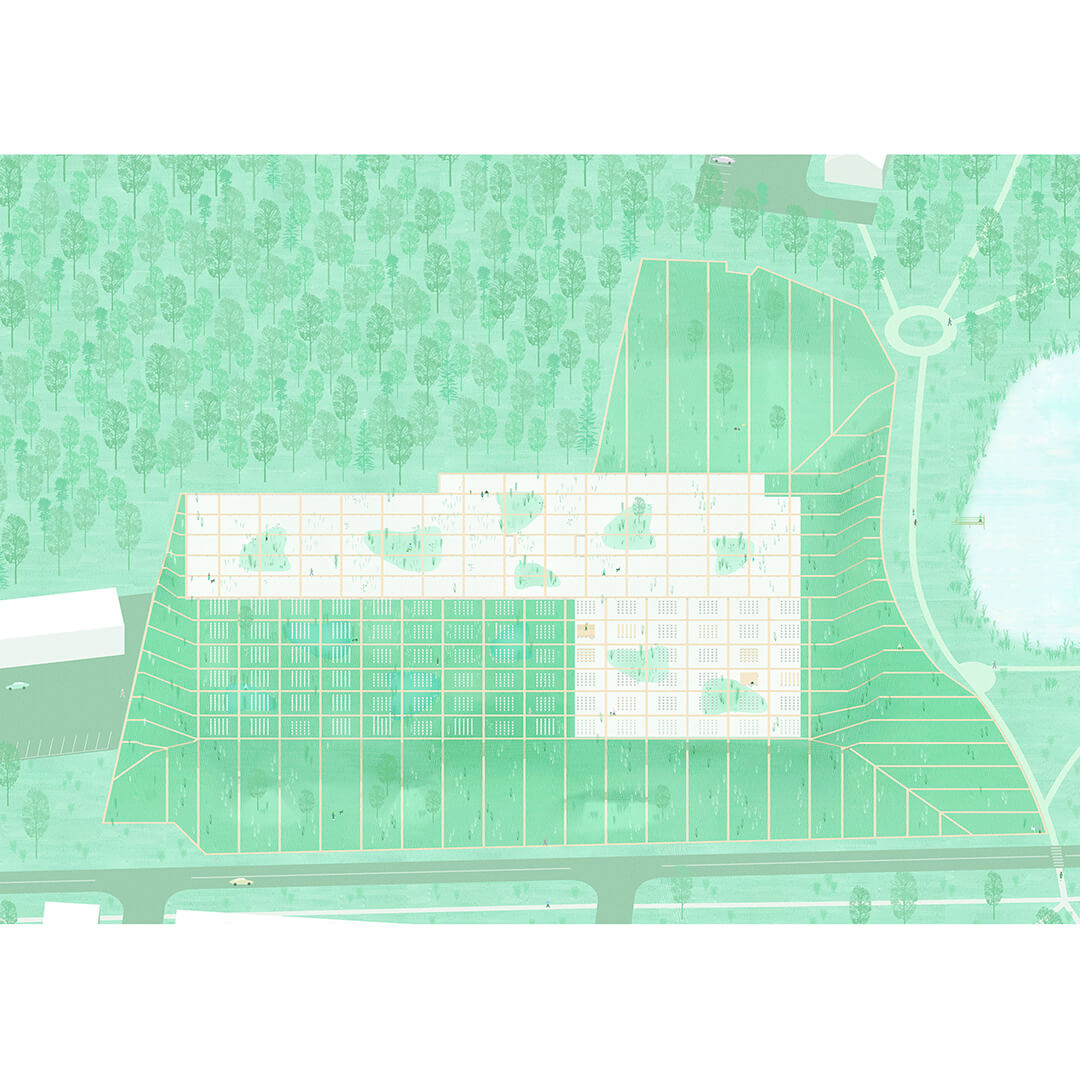 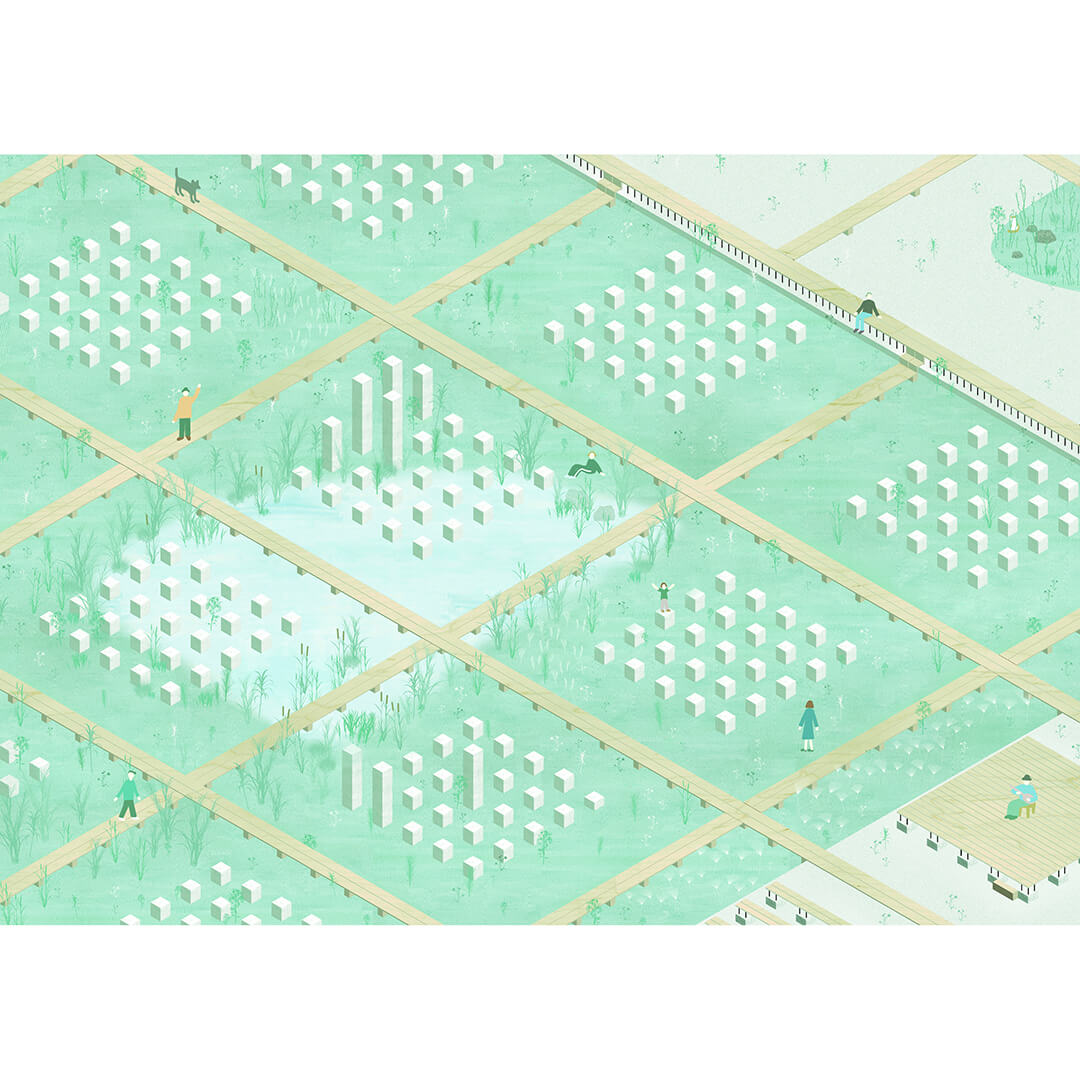 The existing state of the place is self-sufficient, has the dynamics of transformation and can be re-opened without any significant intervention. The city surrounding the ravine itself is a mixture of artificially created and natural environments where different objects merge with each other, causing new entities. Possessing the qualities inherent in the city and many similar cities, the ravine as a complex of strange post-industrial artifacts is a model that helps to look at reality from a distance, comprehend and live space in mind and experience on a different existential level. 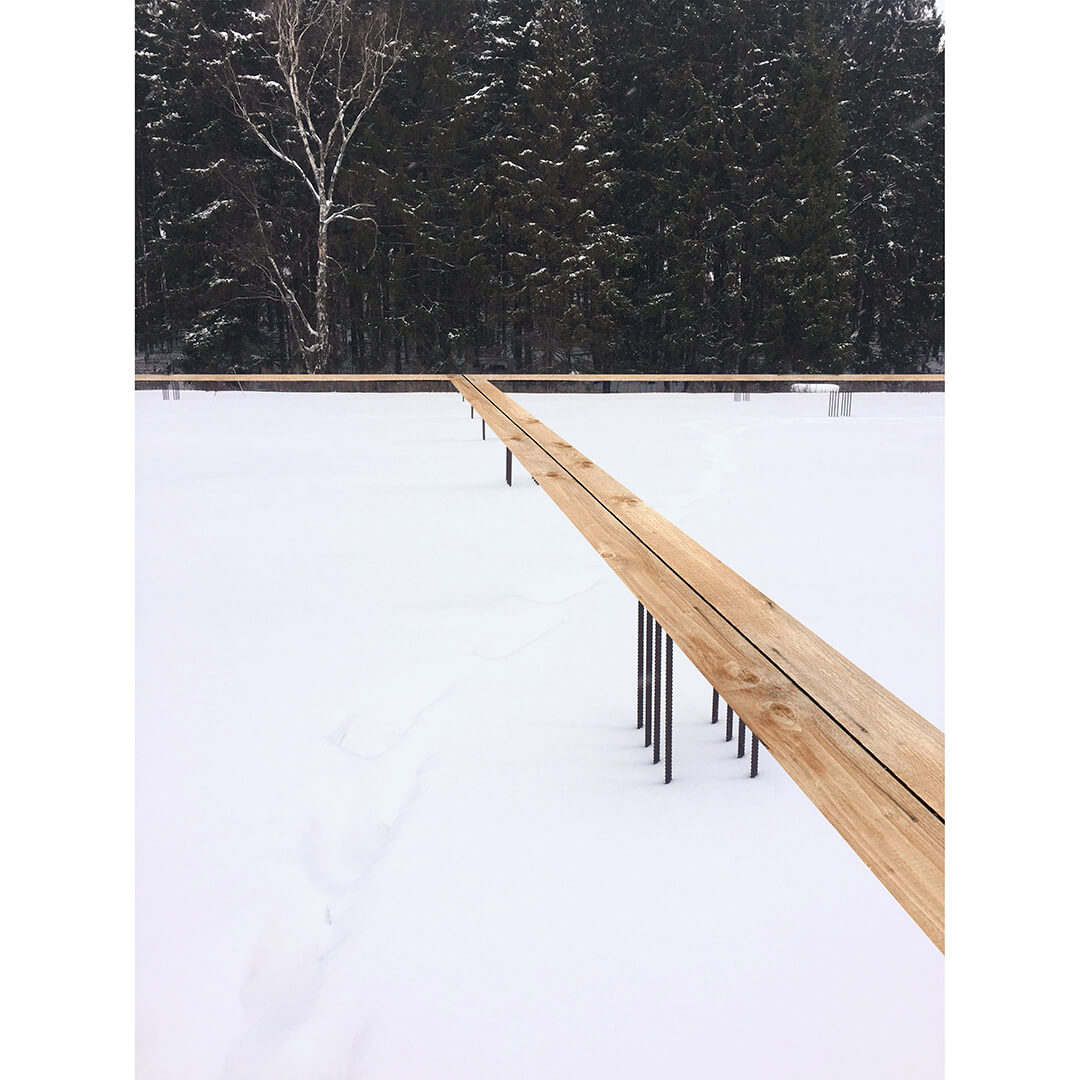 In this intervention, the existing state is interpreted without any ethical judgments, duality is recognized as a significant quality, an important part of the mysterious and attractive atmosphere of the place. The entire area remains in its current form, but a grid of wooden paths is superimposed on the ground. On the one hand, decking is the simplest building solution for passage, cover or conservation. On the other hand, this layer acquires a new meaning and function — narrow paths for observing the transformation of concrete structure into a ruin, like at dig sites. The network of paths correlates with the grid of columns on the foundation slab, it is total and regular, subordinating the space to its logic, but at the same time adapting to the terrain of the place.The grid does not lead to a multiplication of development, but only provides accessibility, thereby legitimizing the existing state as a set of use cases and ways of interpreting the contents of each cell.