The project is located on the Ebro river promenade, in one of its gardens with large trees and a view of the river, the iron bridge and the stone bridge of Logroño. 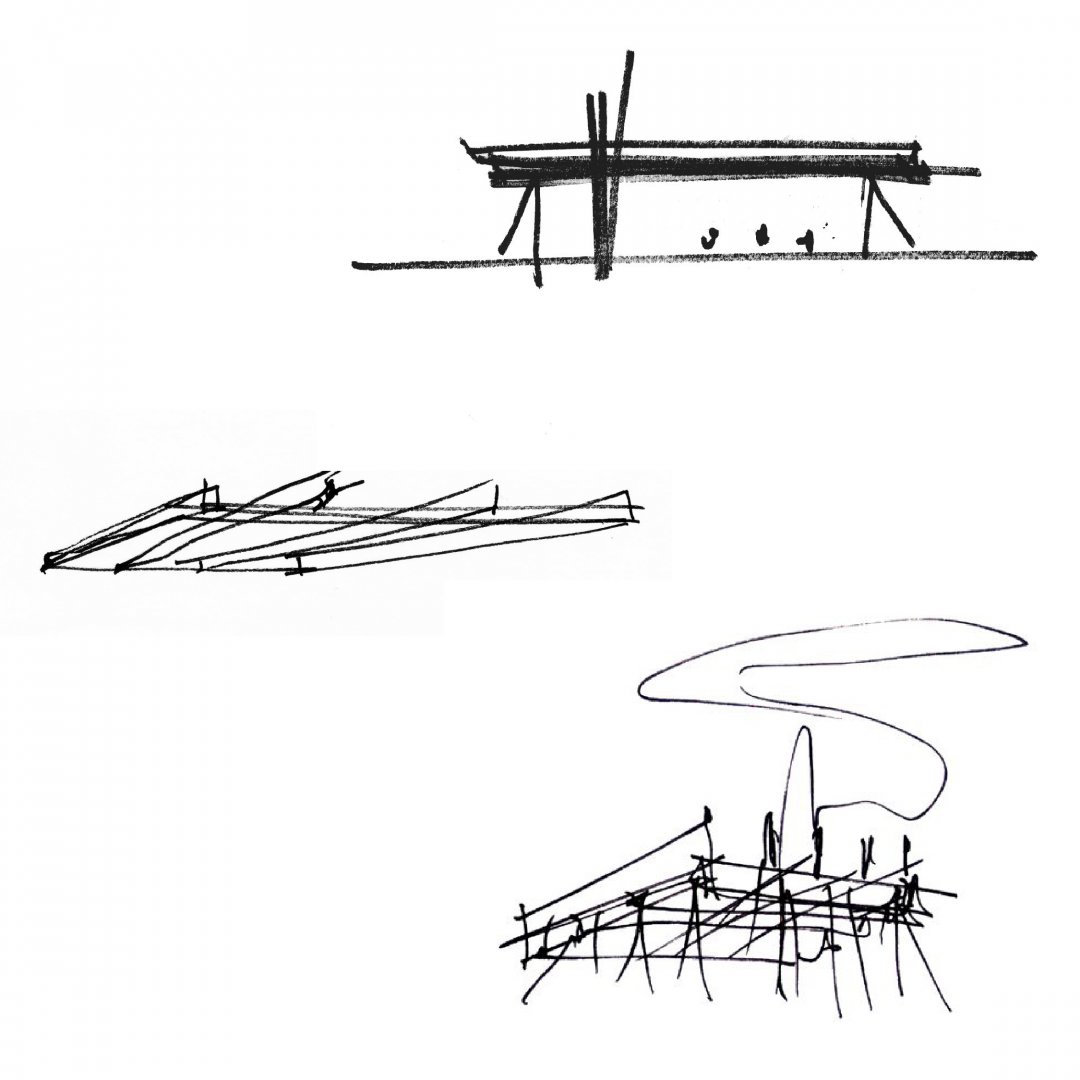 In this place, often hidden in the daily life of the city, what is proposed is to generate an intervention that frames the trees and creates a meeting space. the simple design recognizes a grid in the existing building, and looks for the repetition of the structural elements – columns and beams – like a grid, a structural mesh. the cover and the thin legs delimit the intervention at the same time that they melt the limits between interior and exterior space. The intersection of suspended beams generates a symmetrical grid in the space – a permeable cover that invites visitors to rest and take a nap under the shade of the treetops. 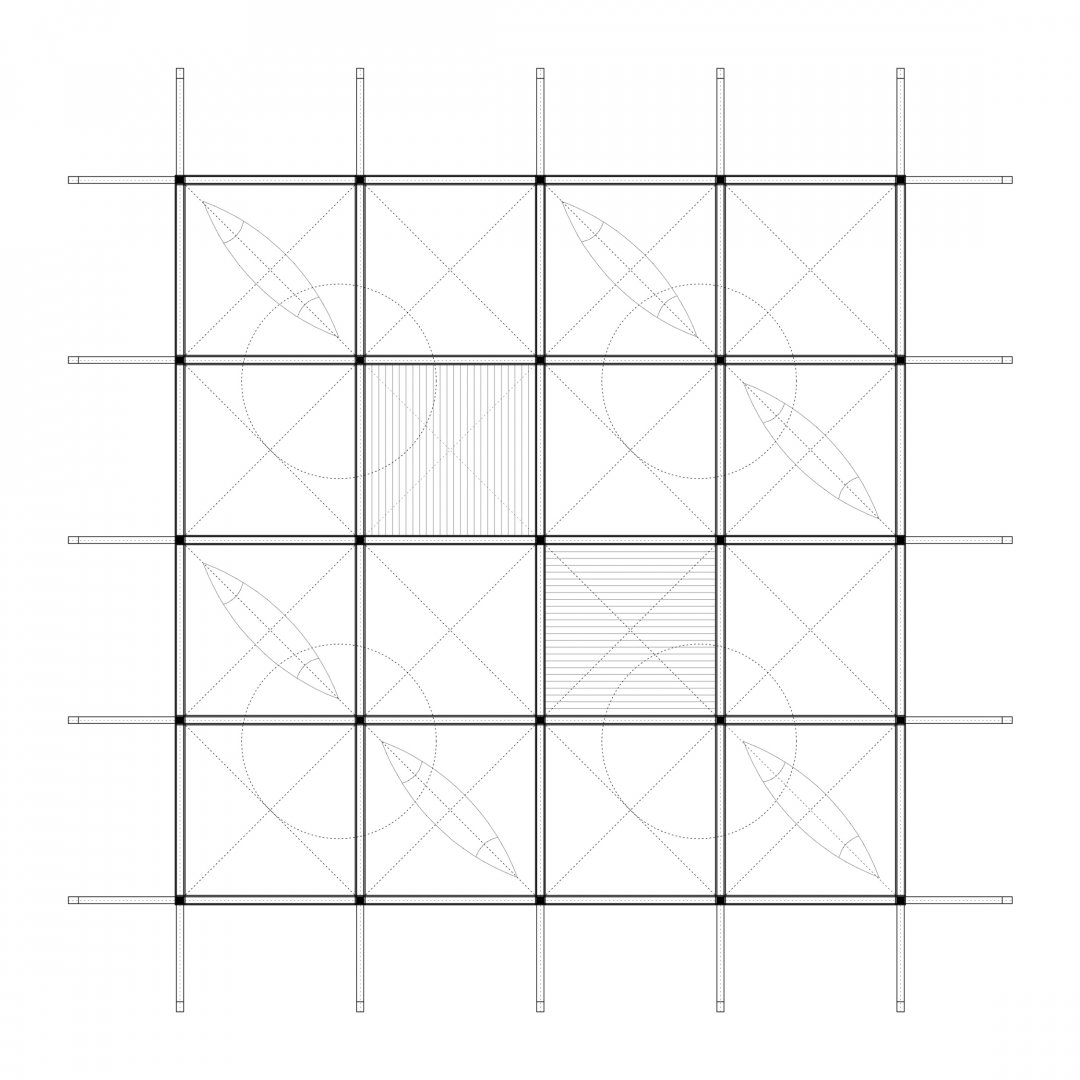 The columns, vertical and inclined, are mixed in the trunks of the trees and densify the space generating a new atmosphere. The cables that make up the grid of lines at the top of the beams generate rigidity to the structure. The series of columns configures modules where hammocks and movable benches are placed. The dark color of the structure mixes the intervention with the existing imagery of the forest where light and shadow are present according to the different times of the day. In this way the intervention builds a refuge through its subtle demarcation of the limit between inside and outside, generating the experimentation of space through the structure. A space to look at the bridges, the sky, the trees, take a nap. 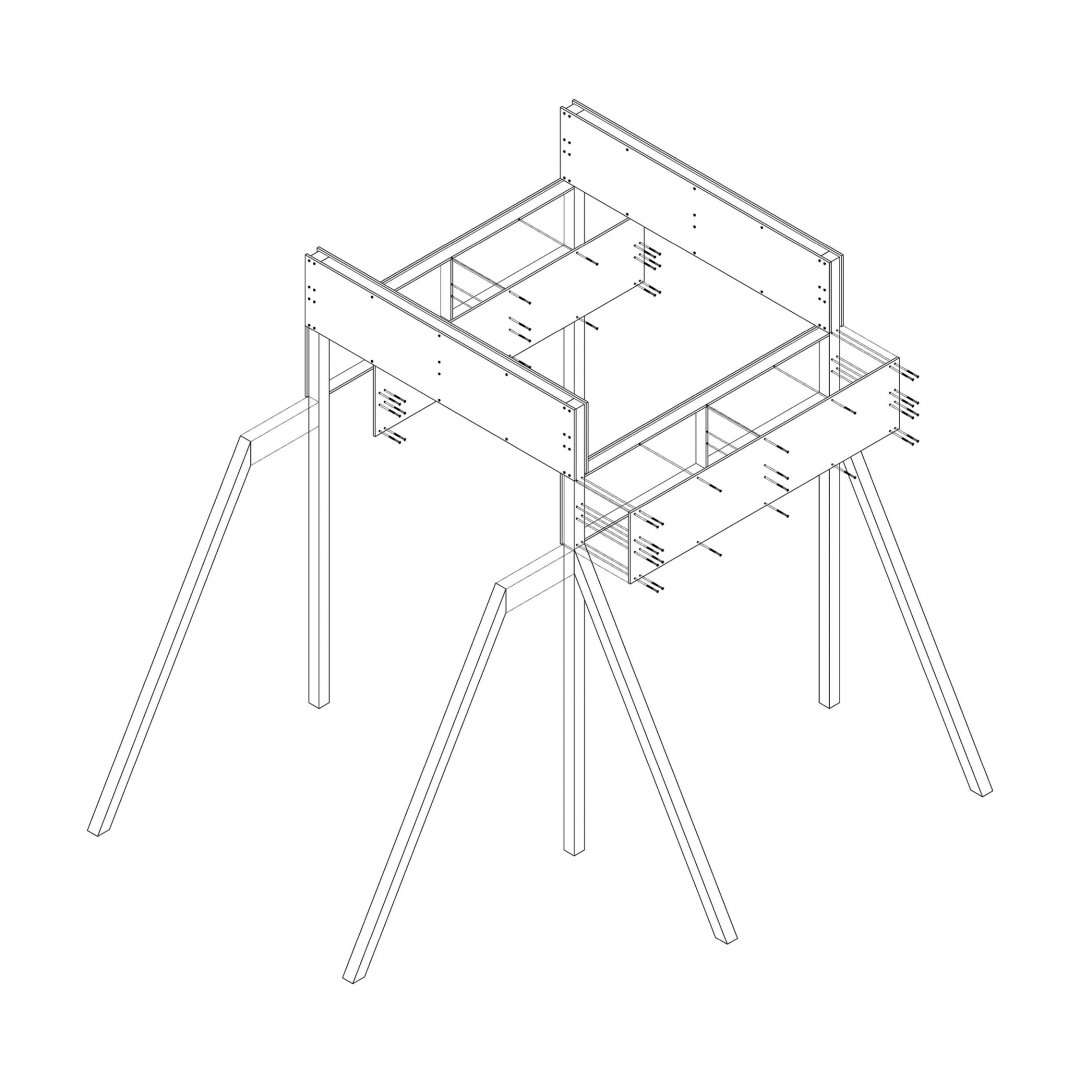 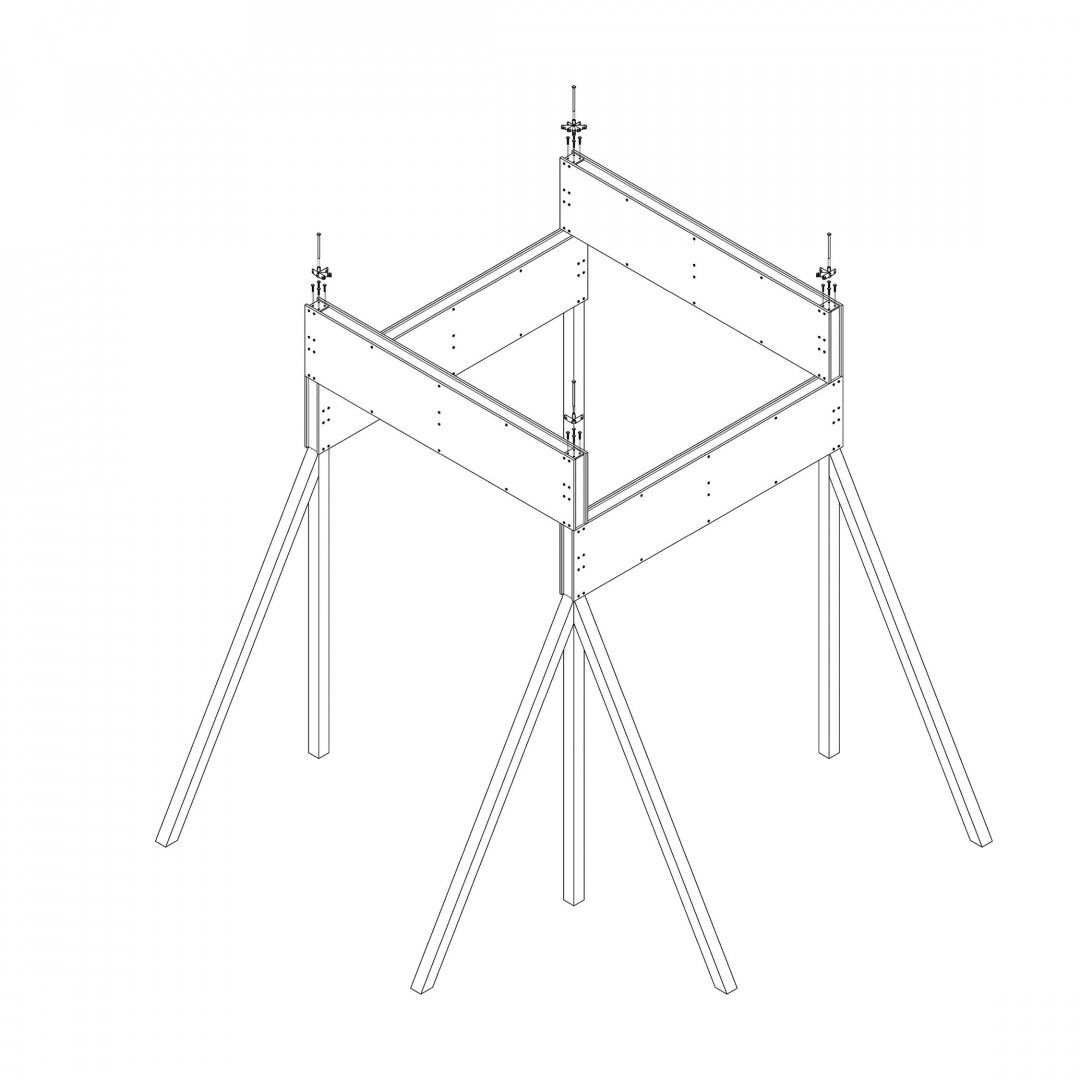 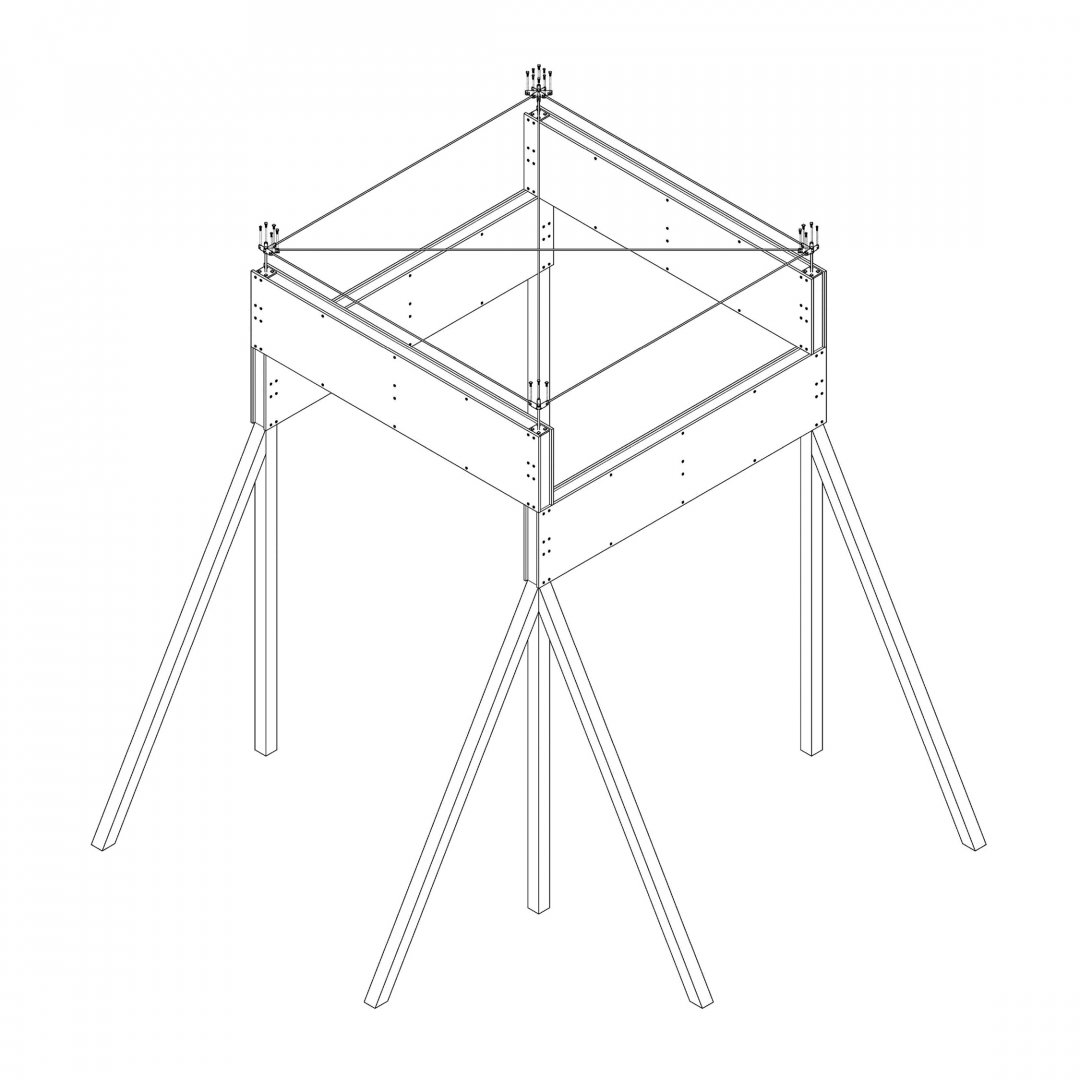 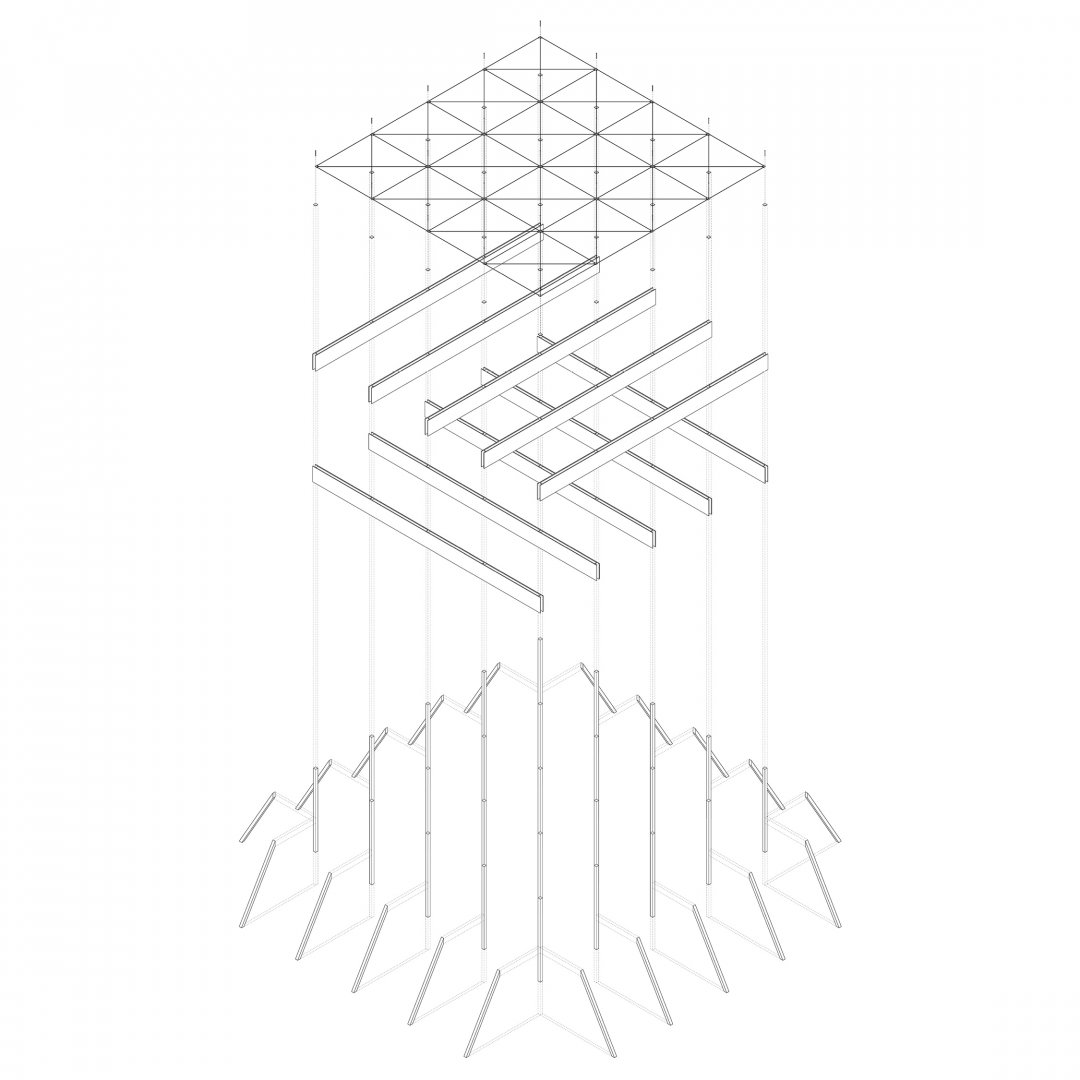 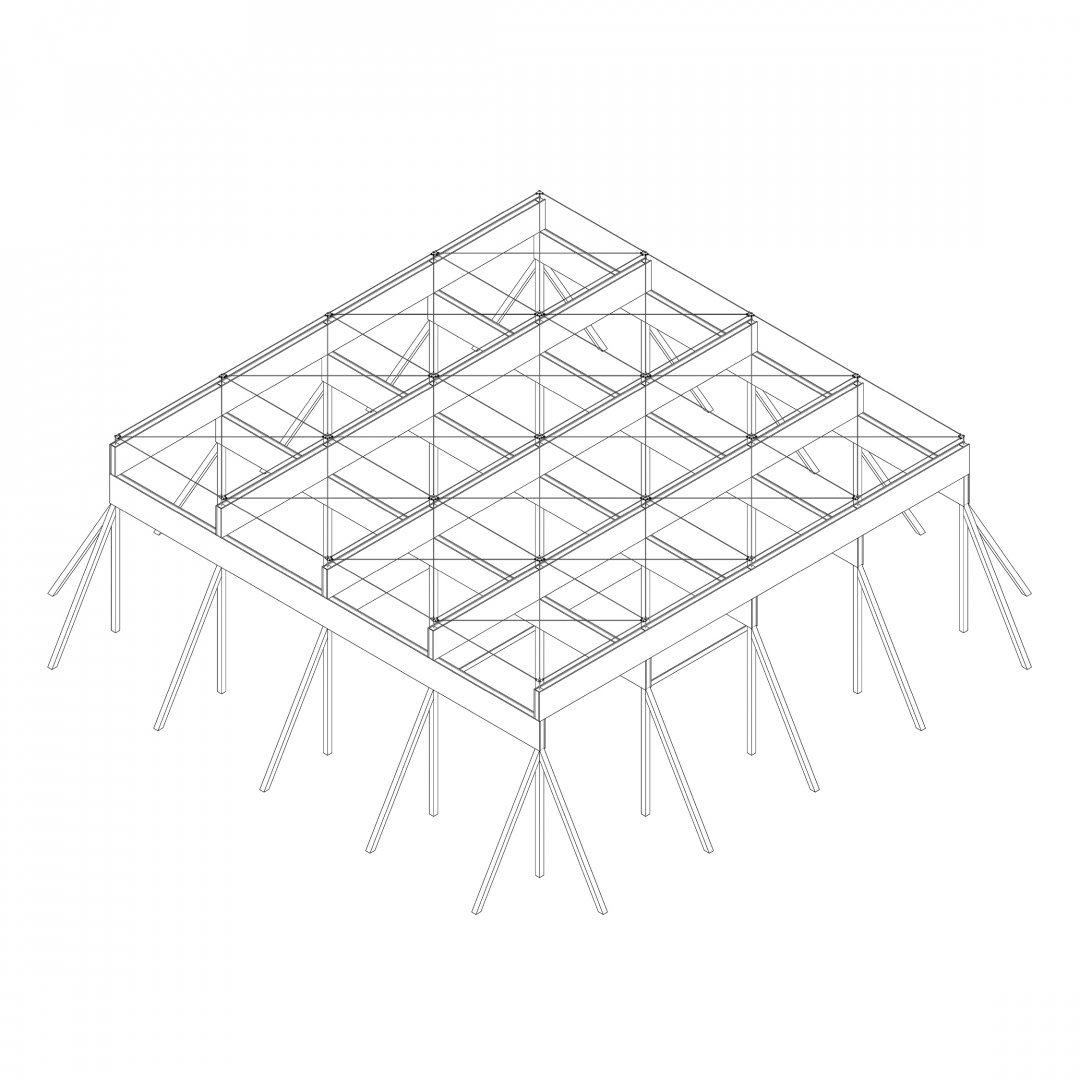 Mounting
The intervention seeks an assembly process that is legible and rational, considering the use of three main elements: the first element is the wooden columns with a square section of 10 x 10 cm, according to the modulation of the 2.5 m roof and with the profiles inclined on the perimeter of the structure. The second element is the beams made up of boards cut in half structured by wooden slats and fixed to the columns with screws. as completion there is a network of cables and steel pieces superimposed on the beams generating rigidity to the structure. 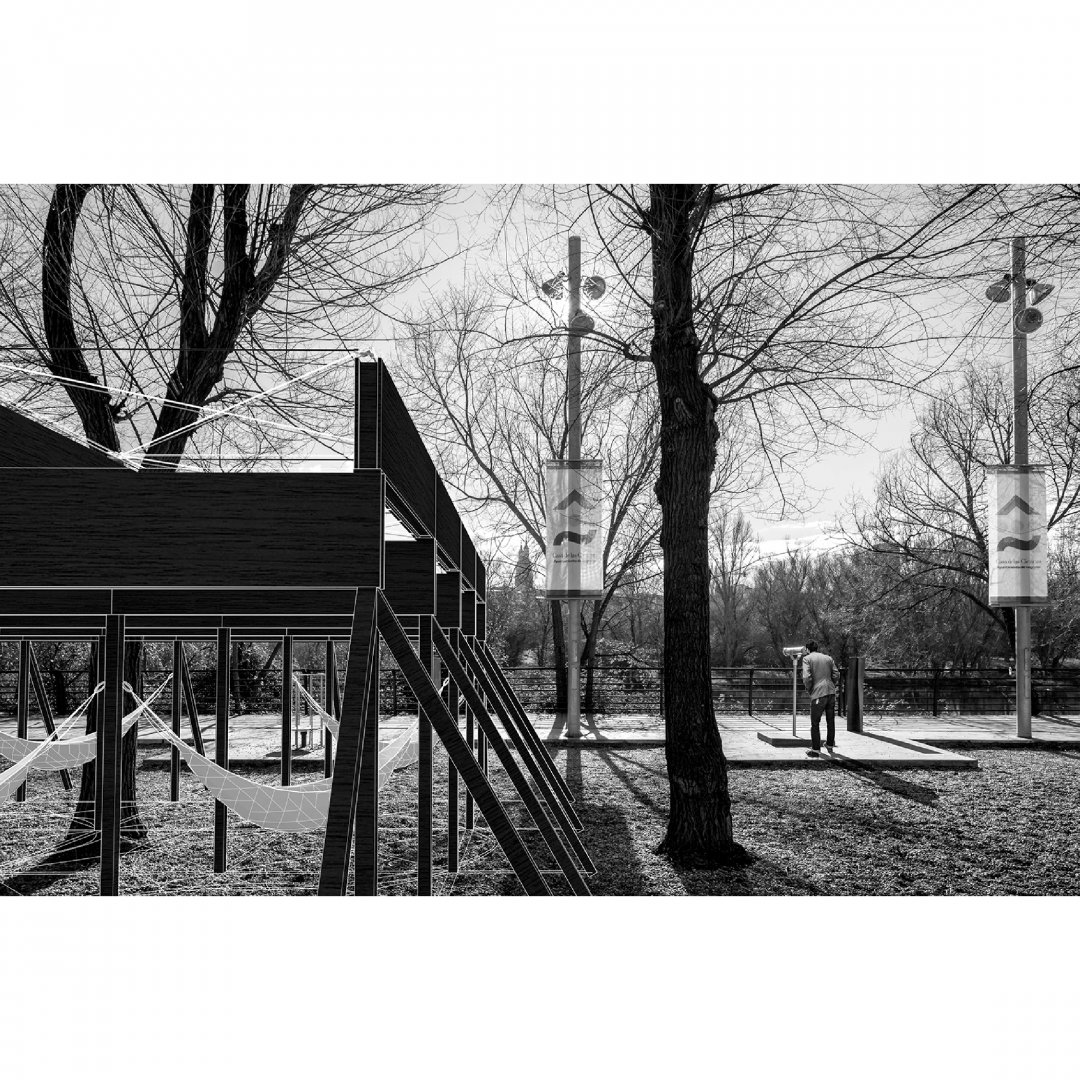 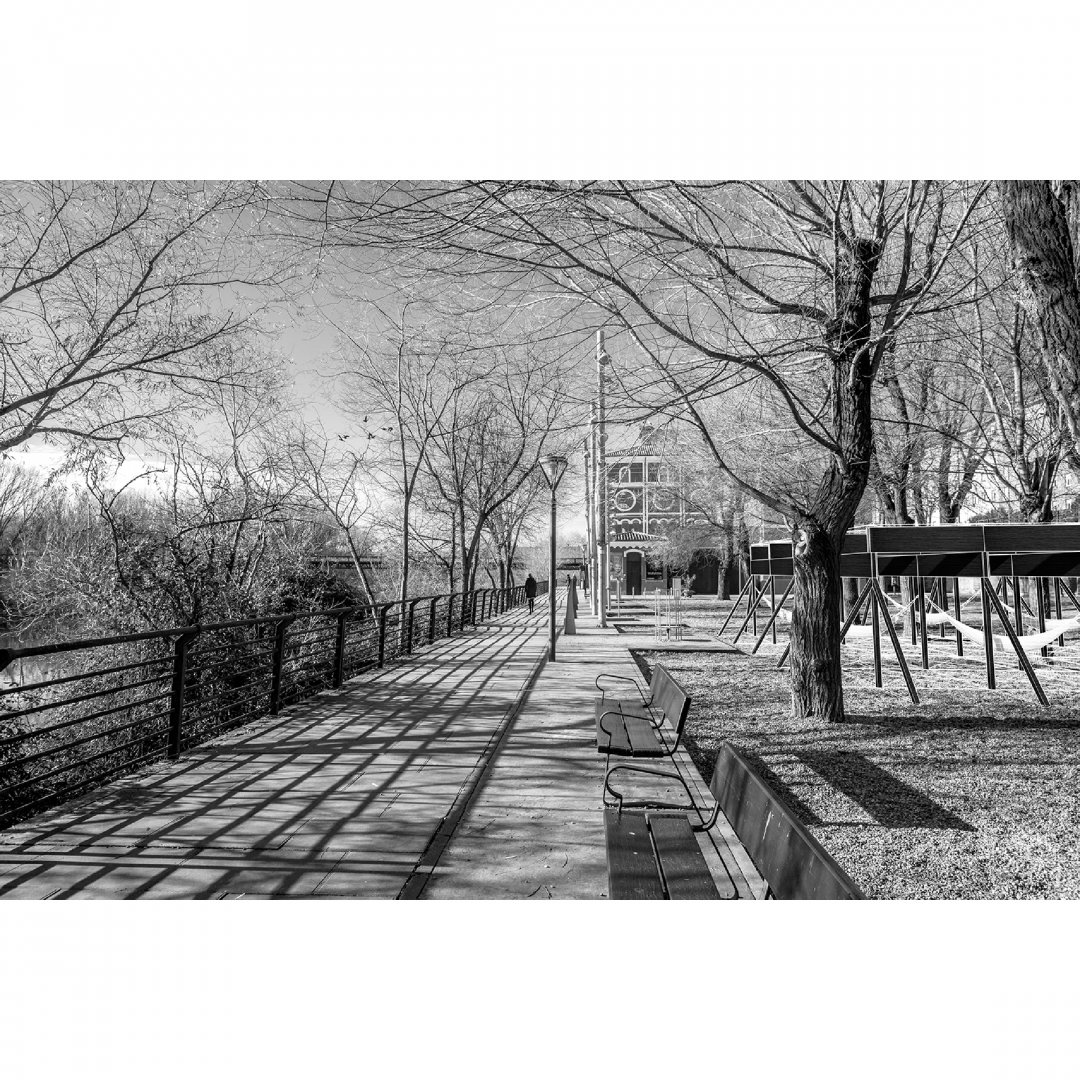 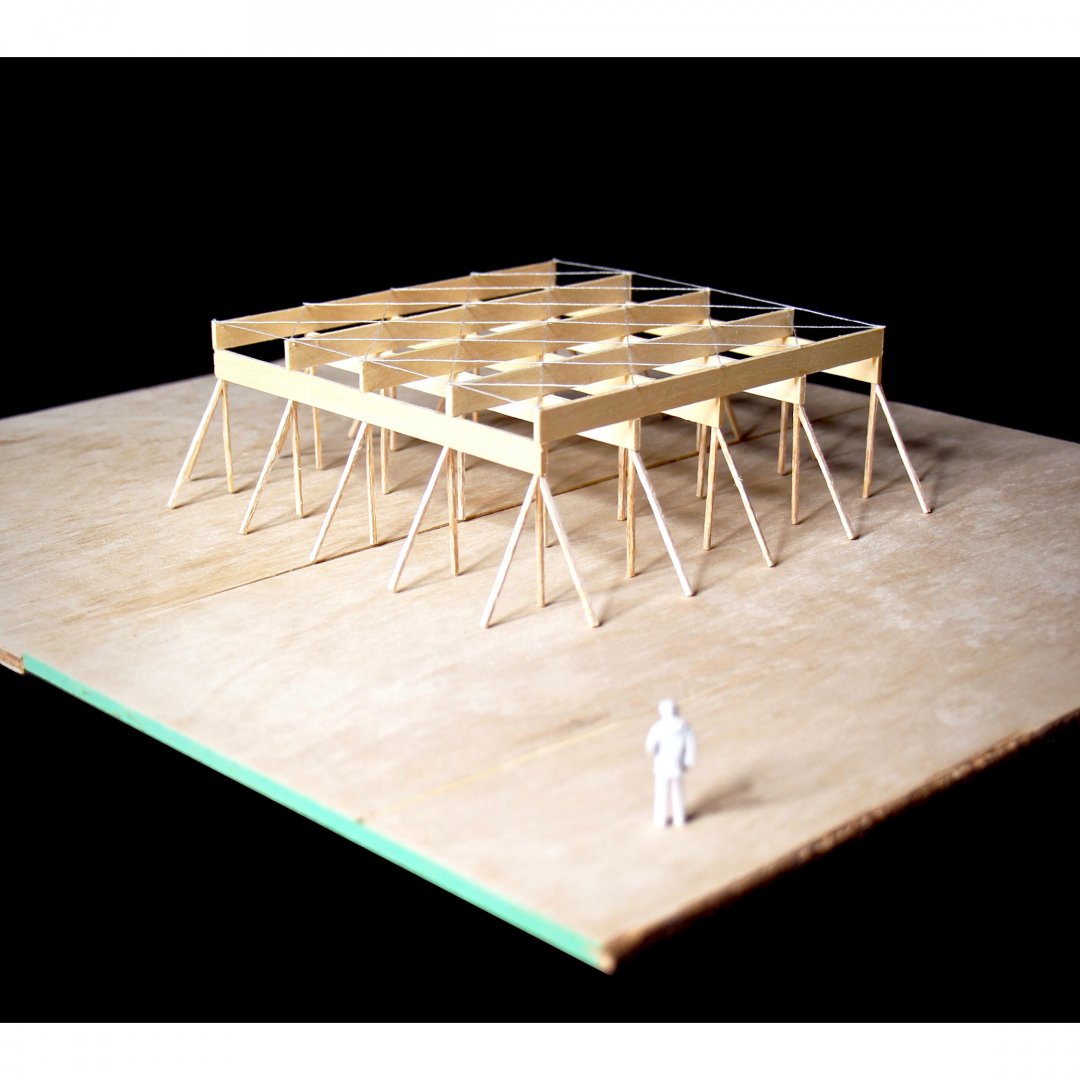 The other elements are completely mobile, the hammocks have a system of hooks fixed to the columns that make it possible to change the use of the space. The constructive connections of the elements are designed to be completely dismountable, allowing their transfer and assembly in other places. as well as the materials can be recycled and reused at the same time that the intervention can be appropriated for a different future use.