Welcome to Auroville is a qualitative research on the nature of living and space. 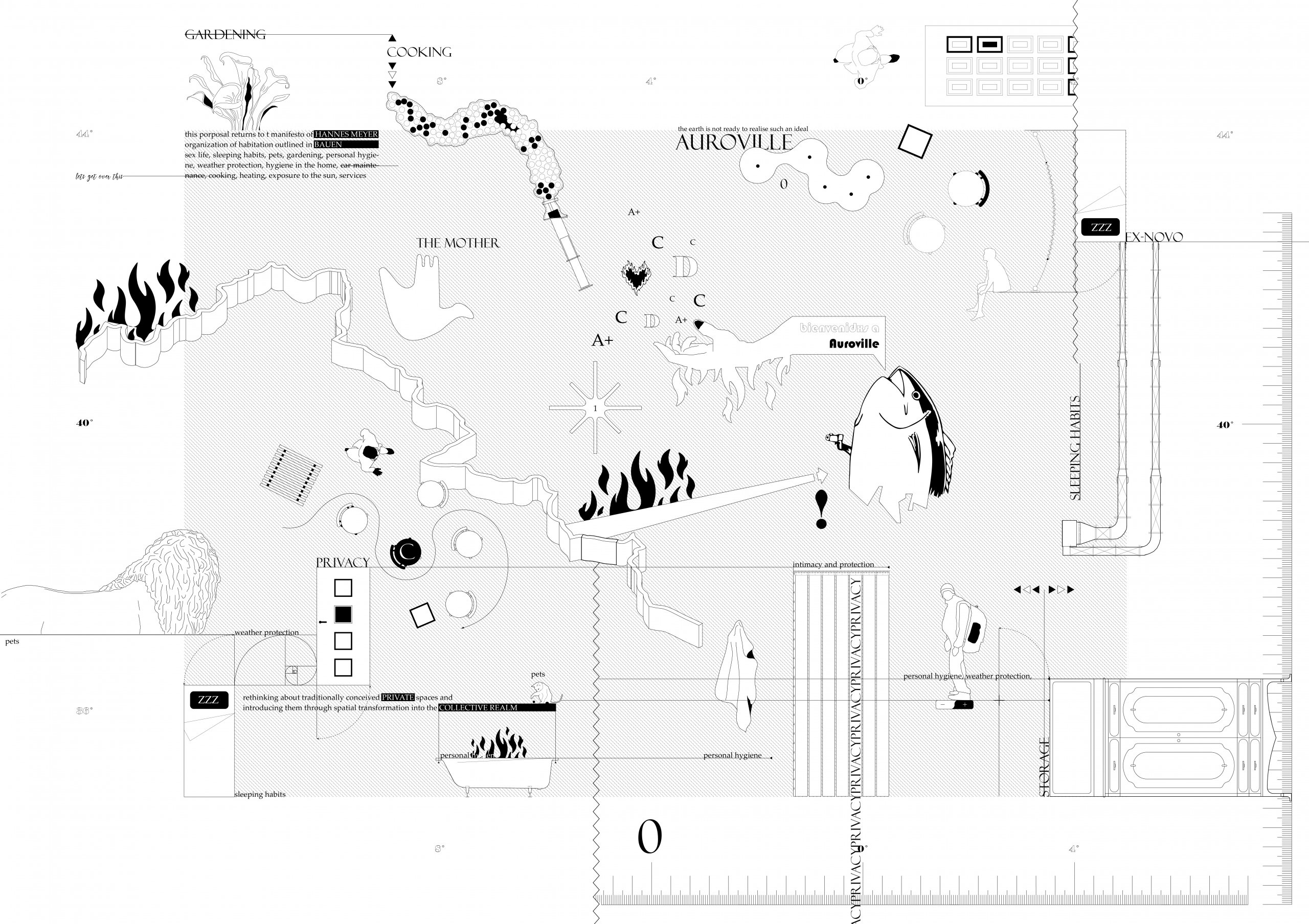 Auroville is a city located in southeastern India in the Tamil Nadu region. It was founded 50 years ago by the couple Aurobindo and Mirra Alfassa in search of a universal city where men and women from all countries could live in peace and harmony. It is a unique city in the world where there is no money, religion or politics, thus collapsing the pillars of the western city. Currently, it is inhabited by citizens who live according to a series of very clear values. However, there is no place specifically designed to impart and instill these values in the future inhabitants of Auroville. 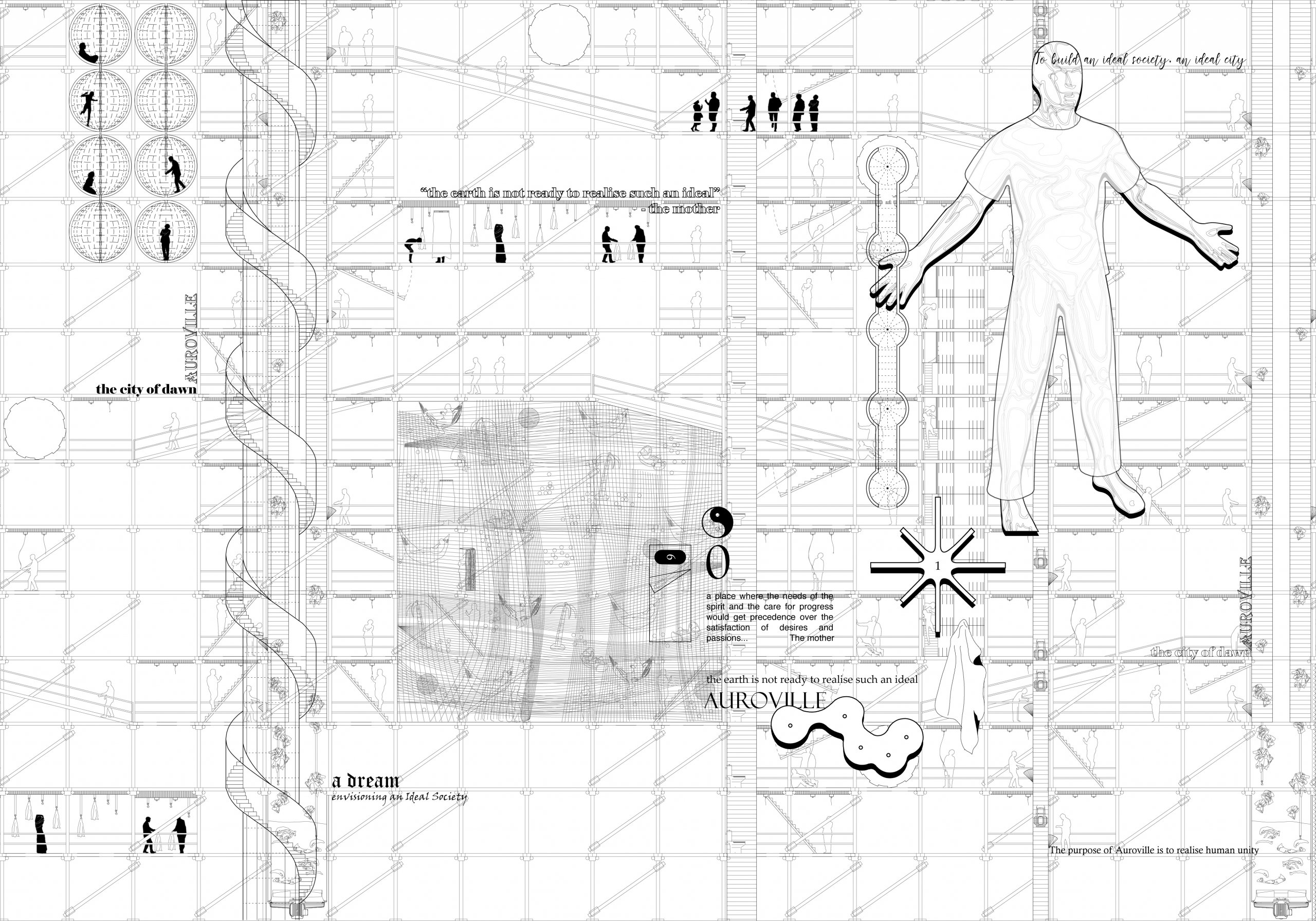 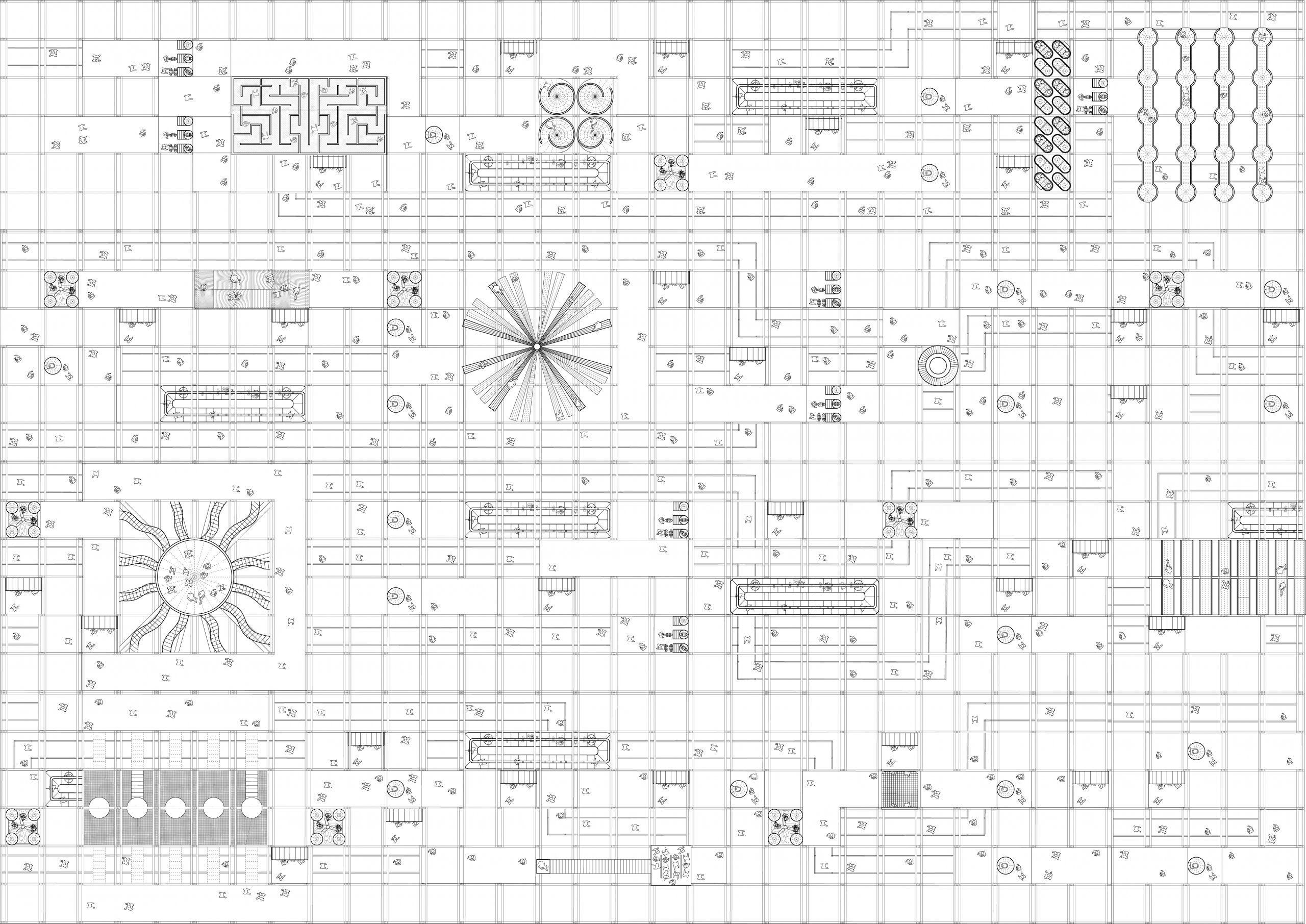 The project is approached from two fundamental pillars: one of a structuralist nature and the other phenomenological, reconciling these apparently contrary approaches. The structural is represented through a megastructure understood as a primary, fixed and non-negotiable element. On the other hand, what happens inside this piece, associated with a training path, can be understood as a succession of flexible elements of a phenomenological nature. 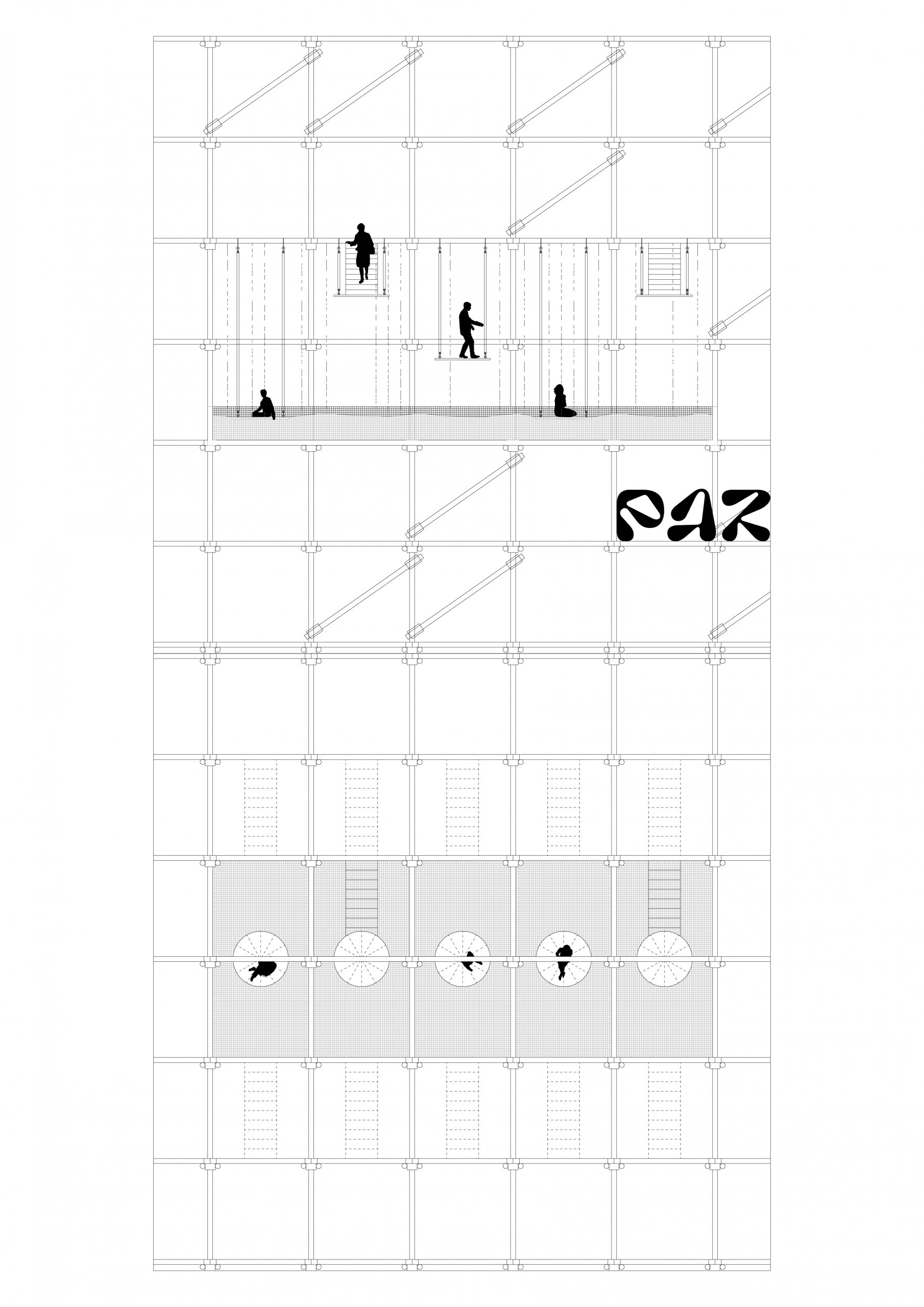 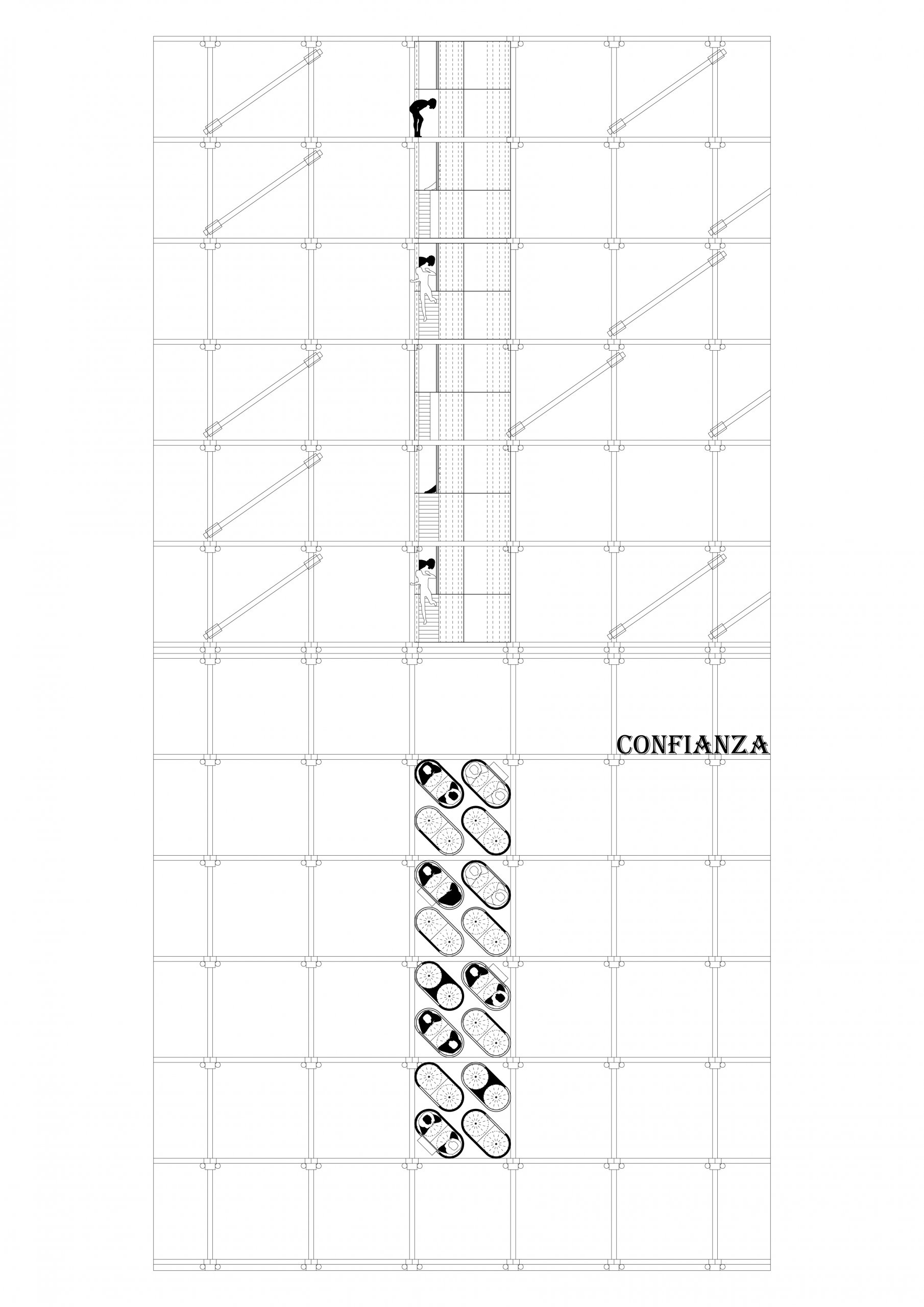 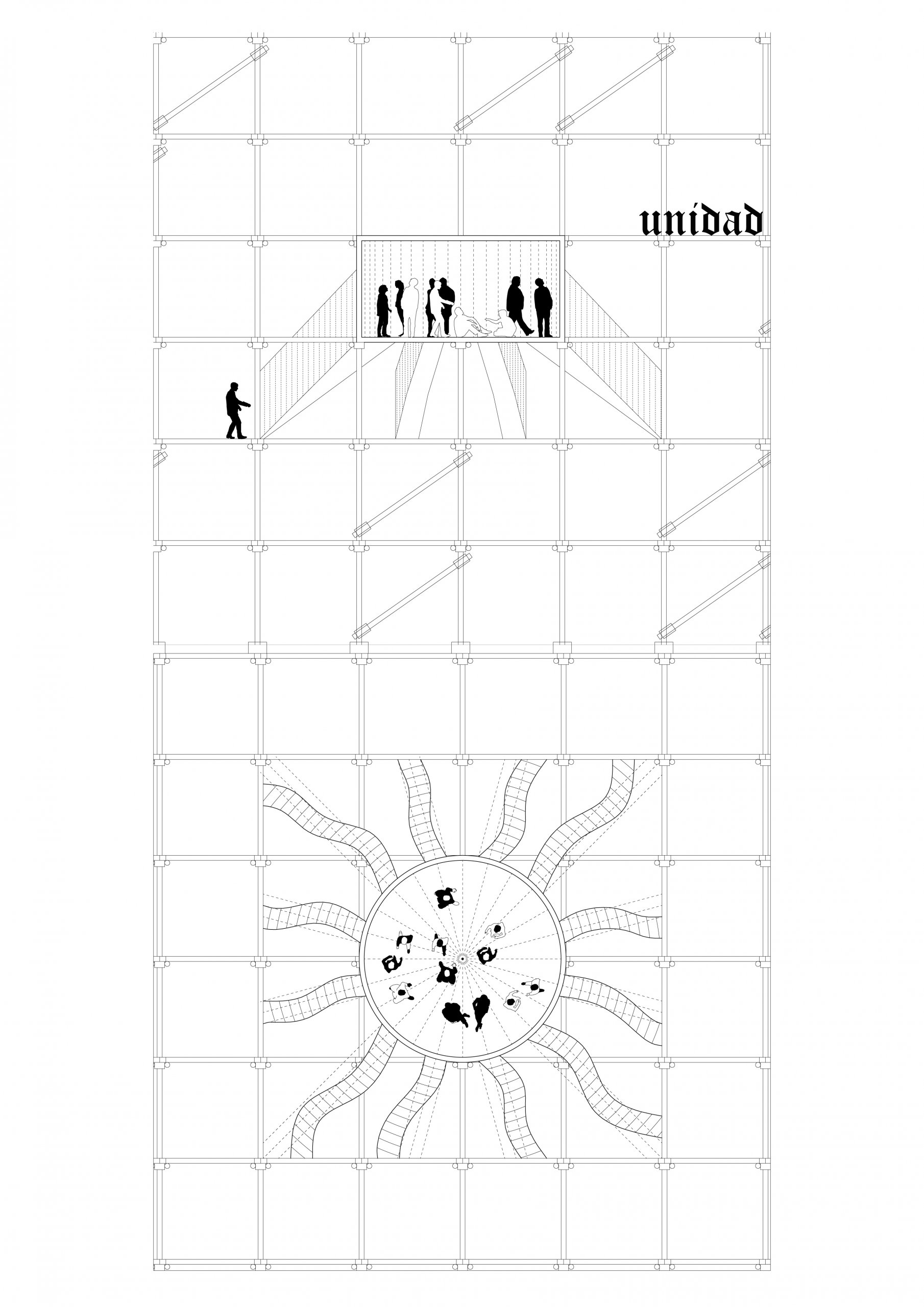 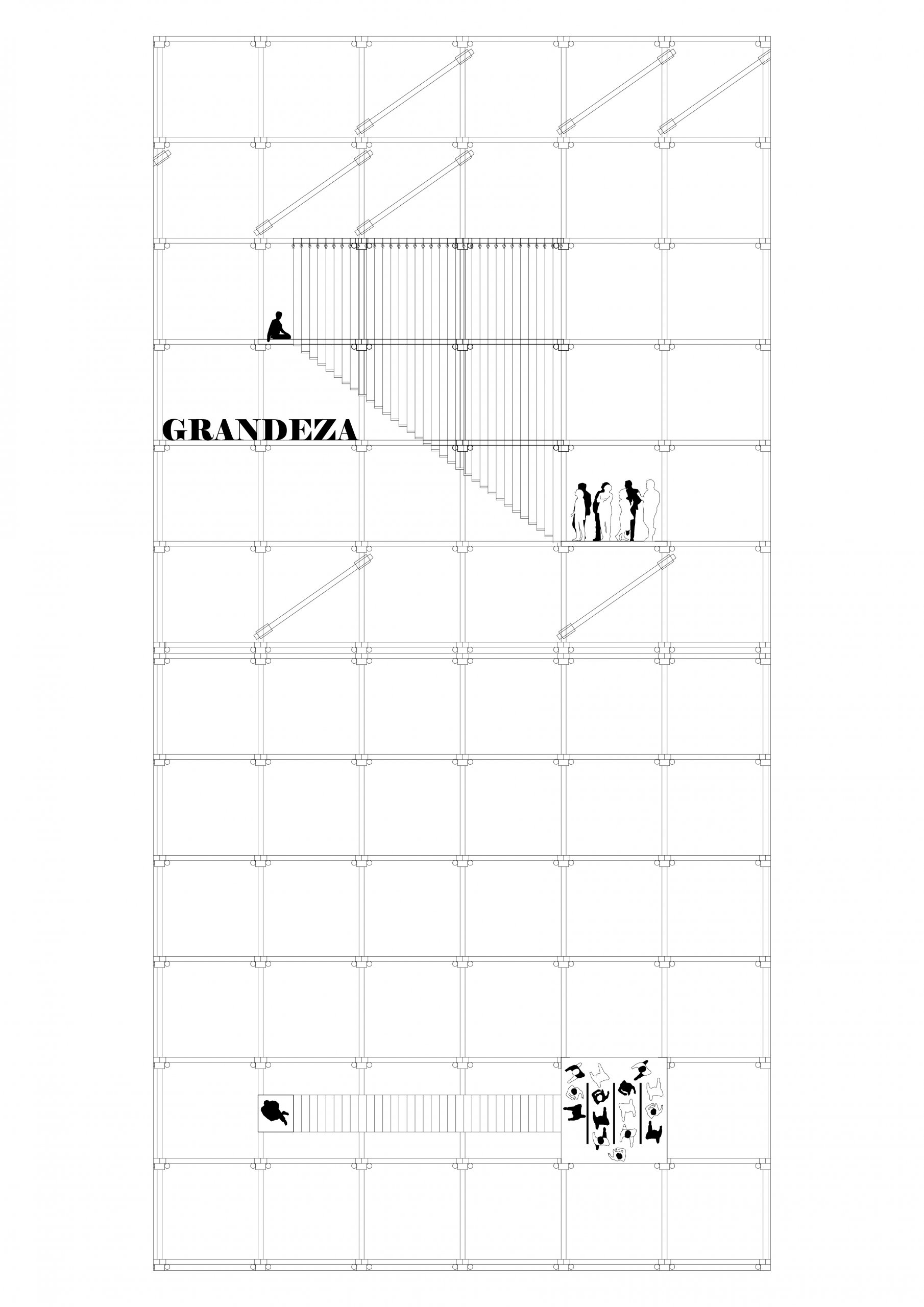 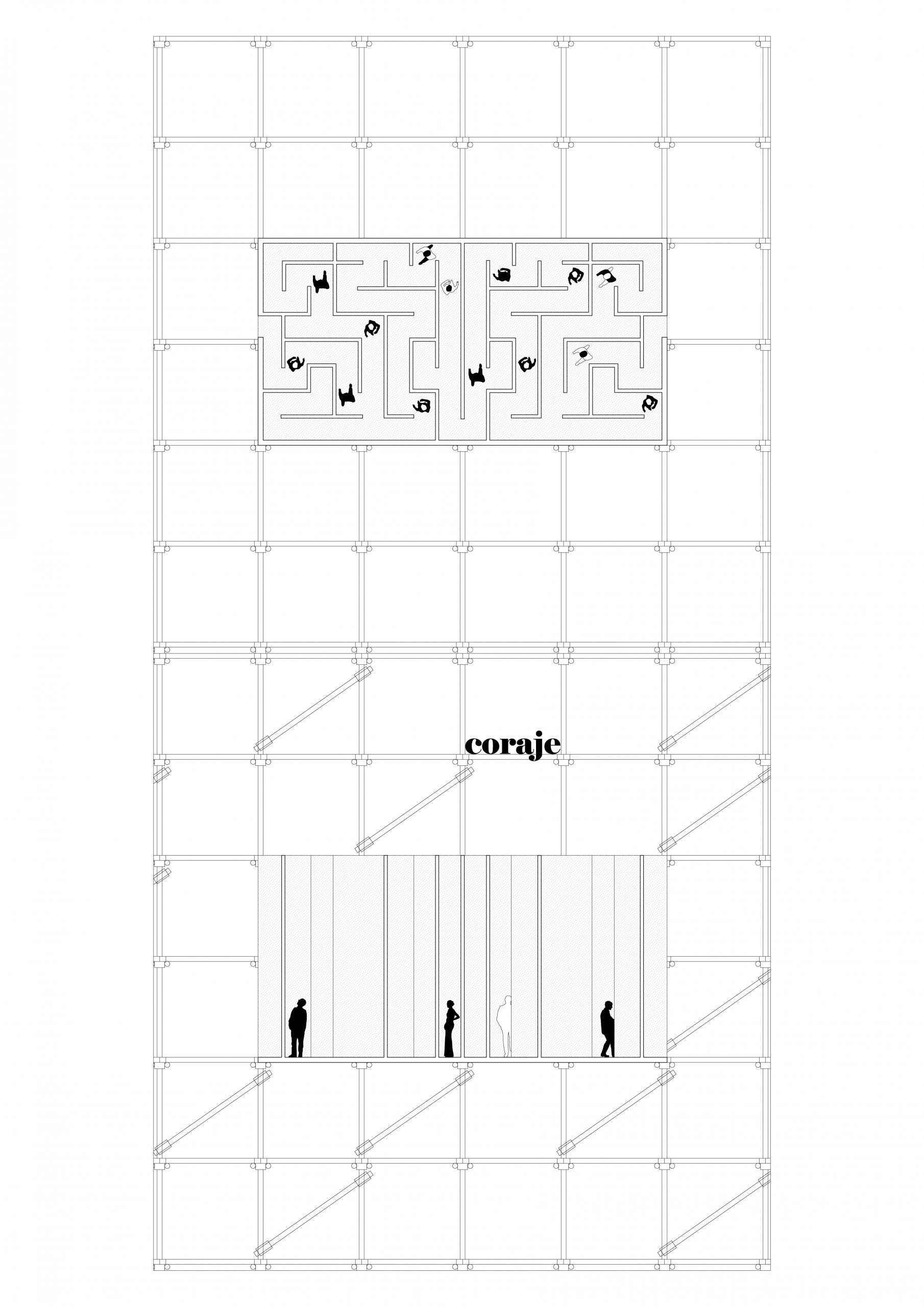 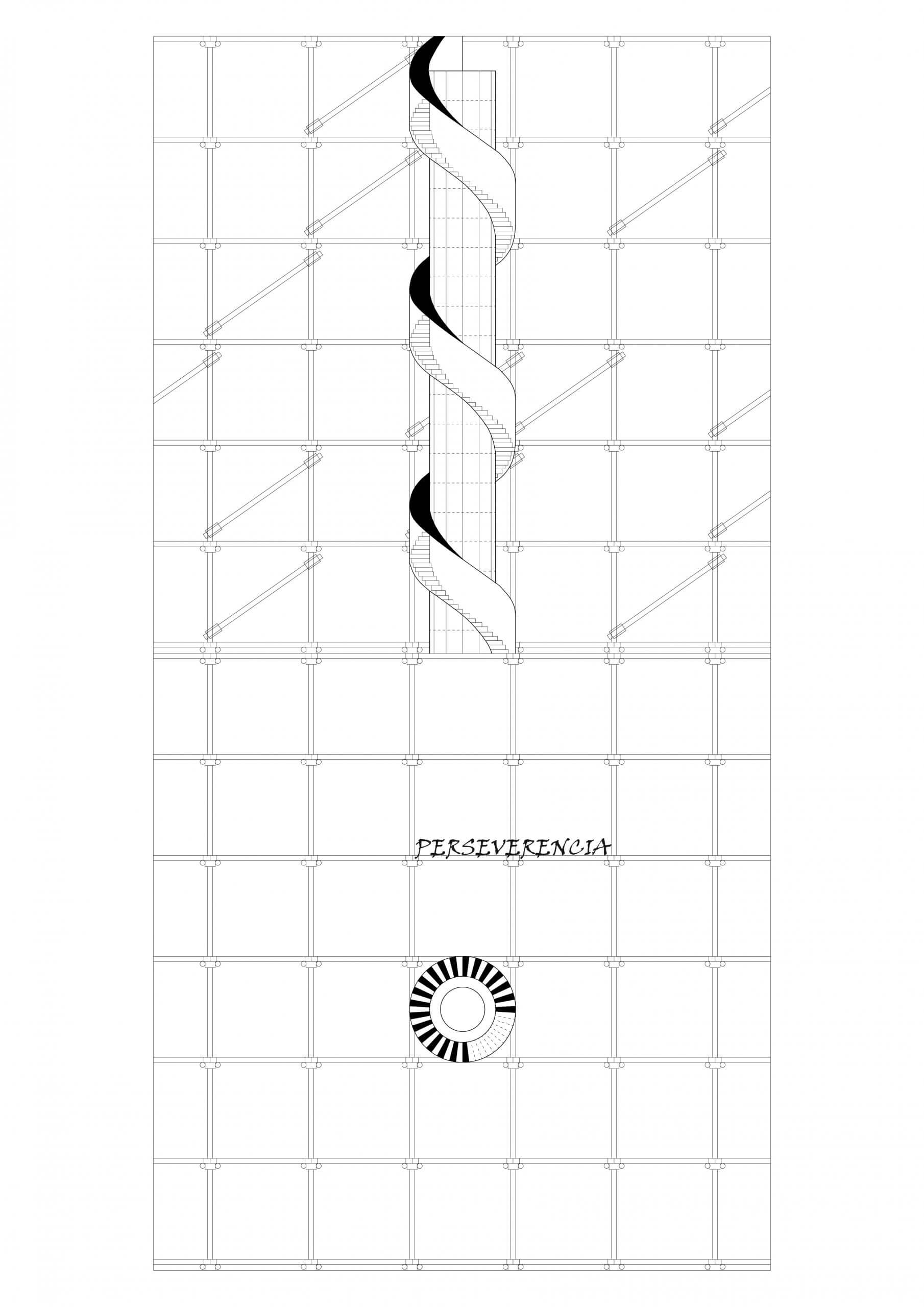 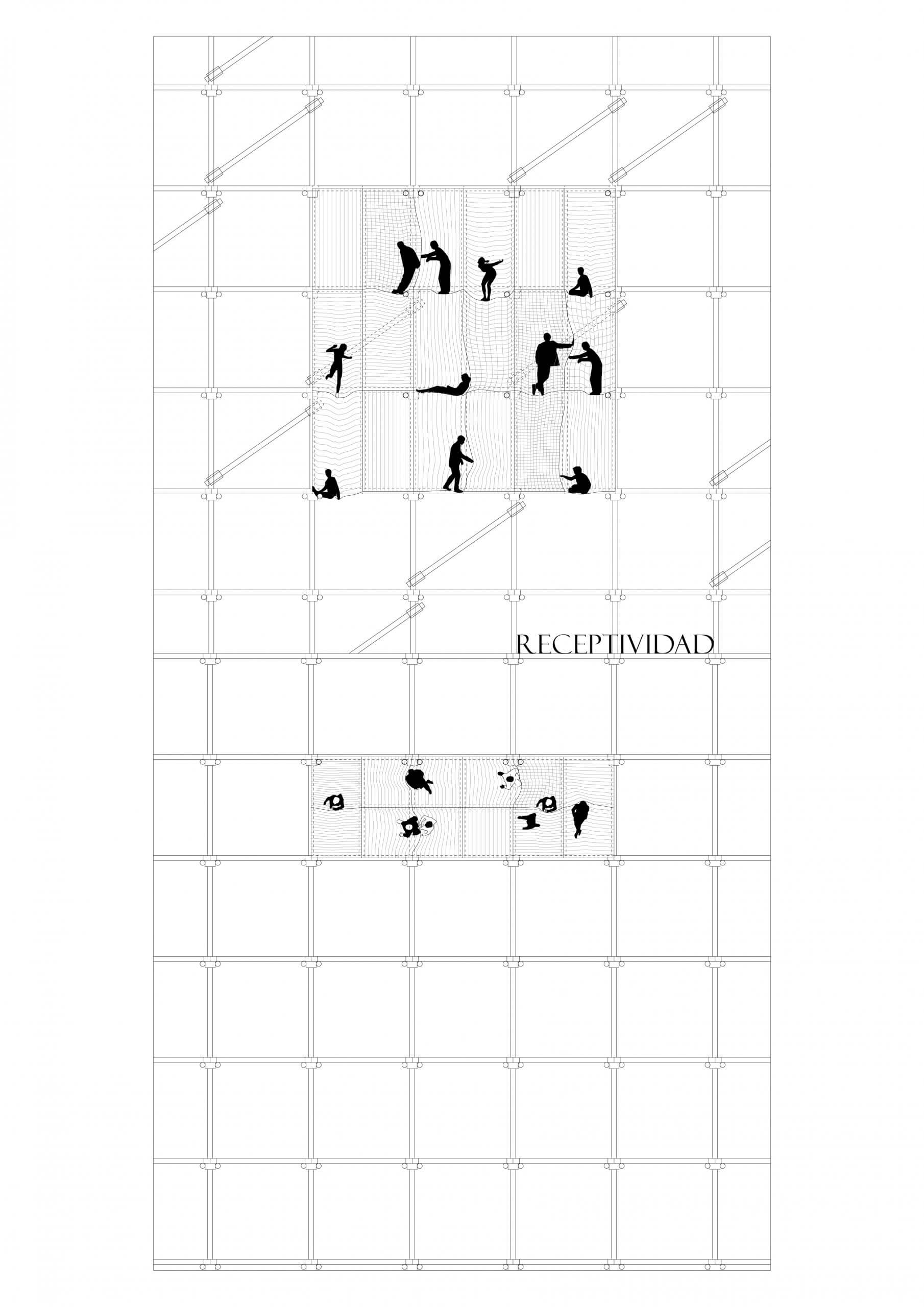 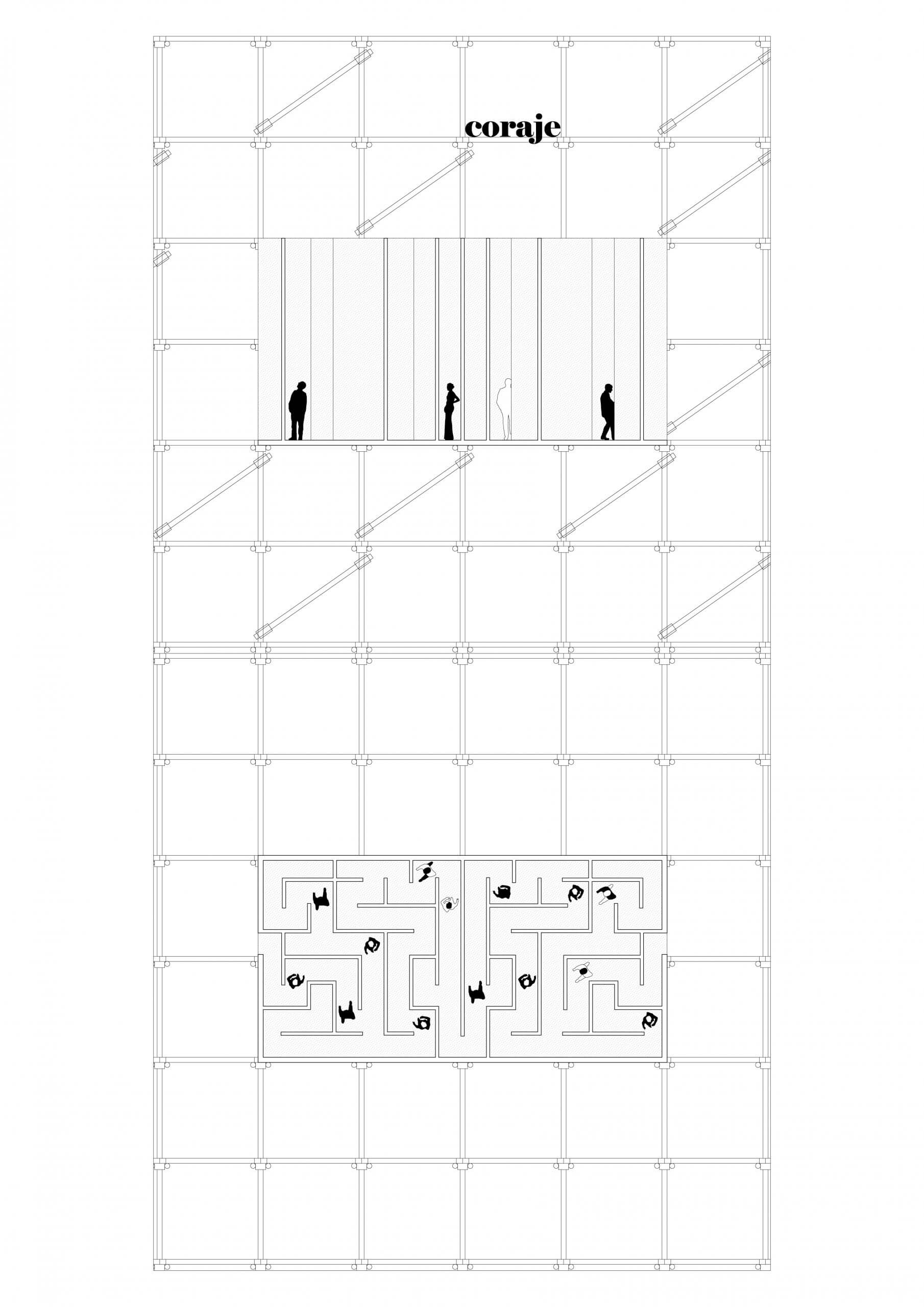 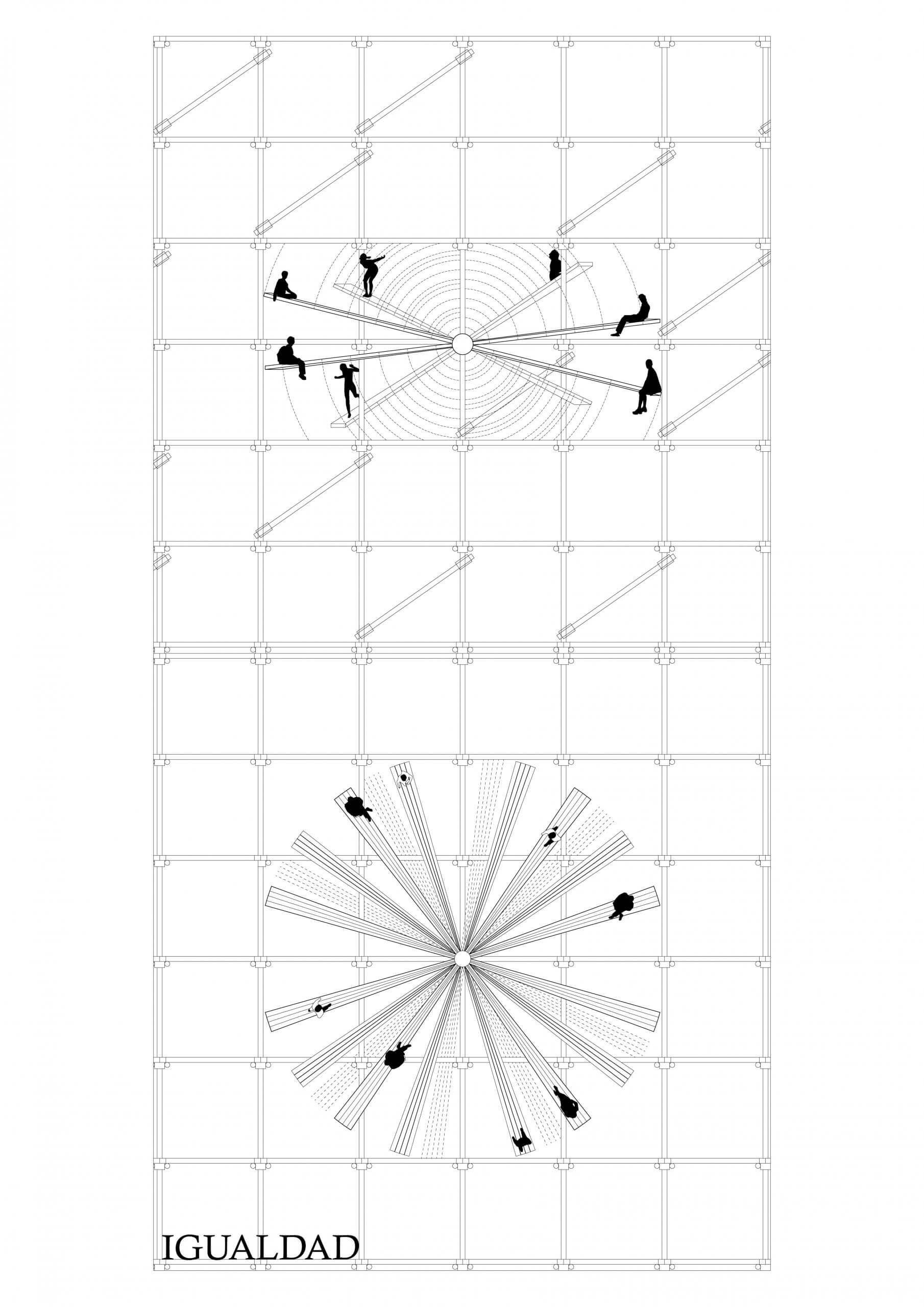 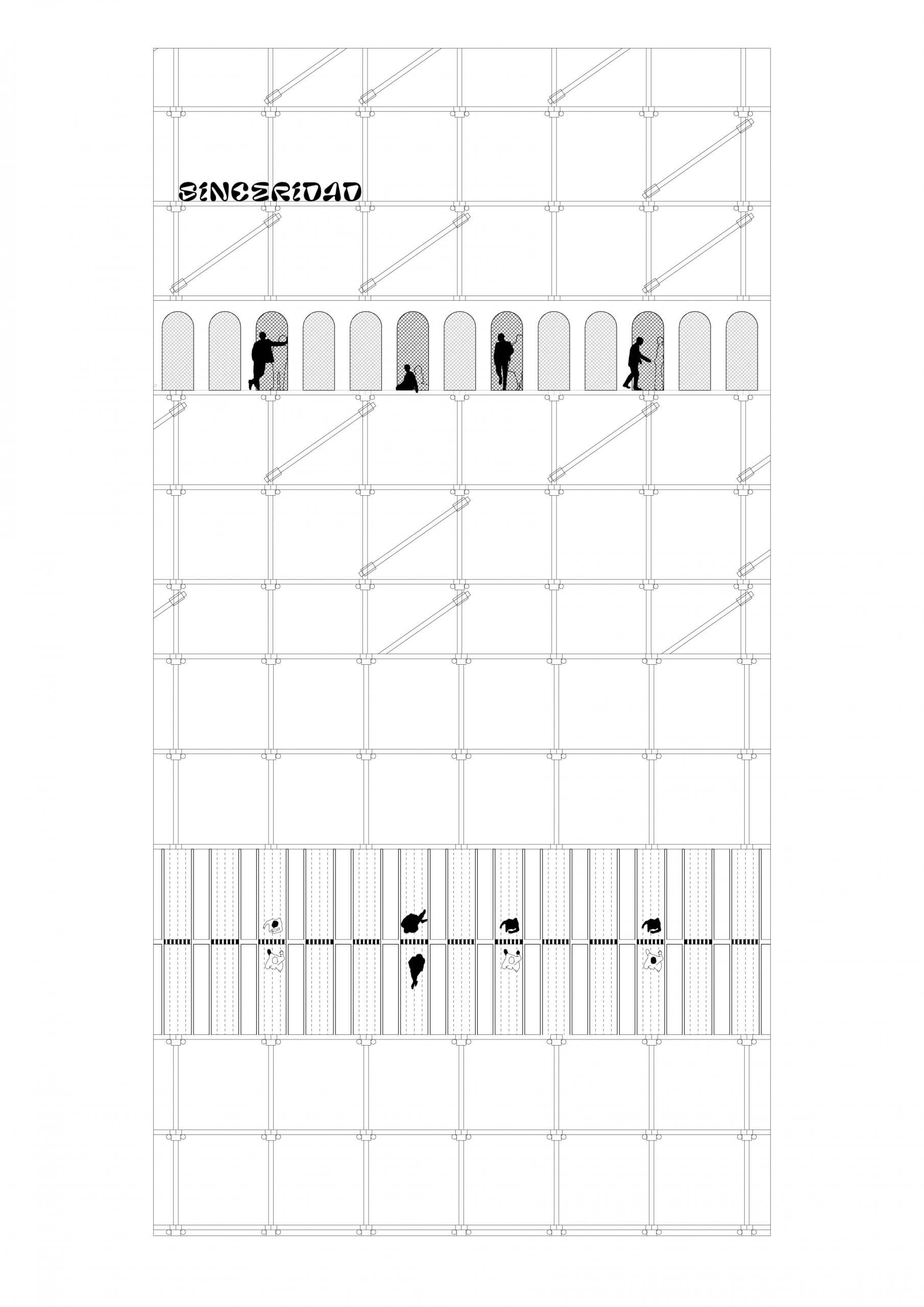 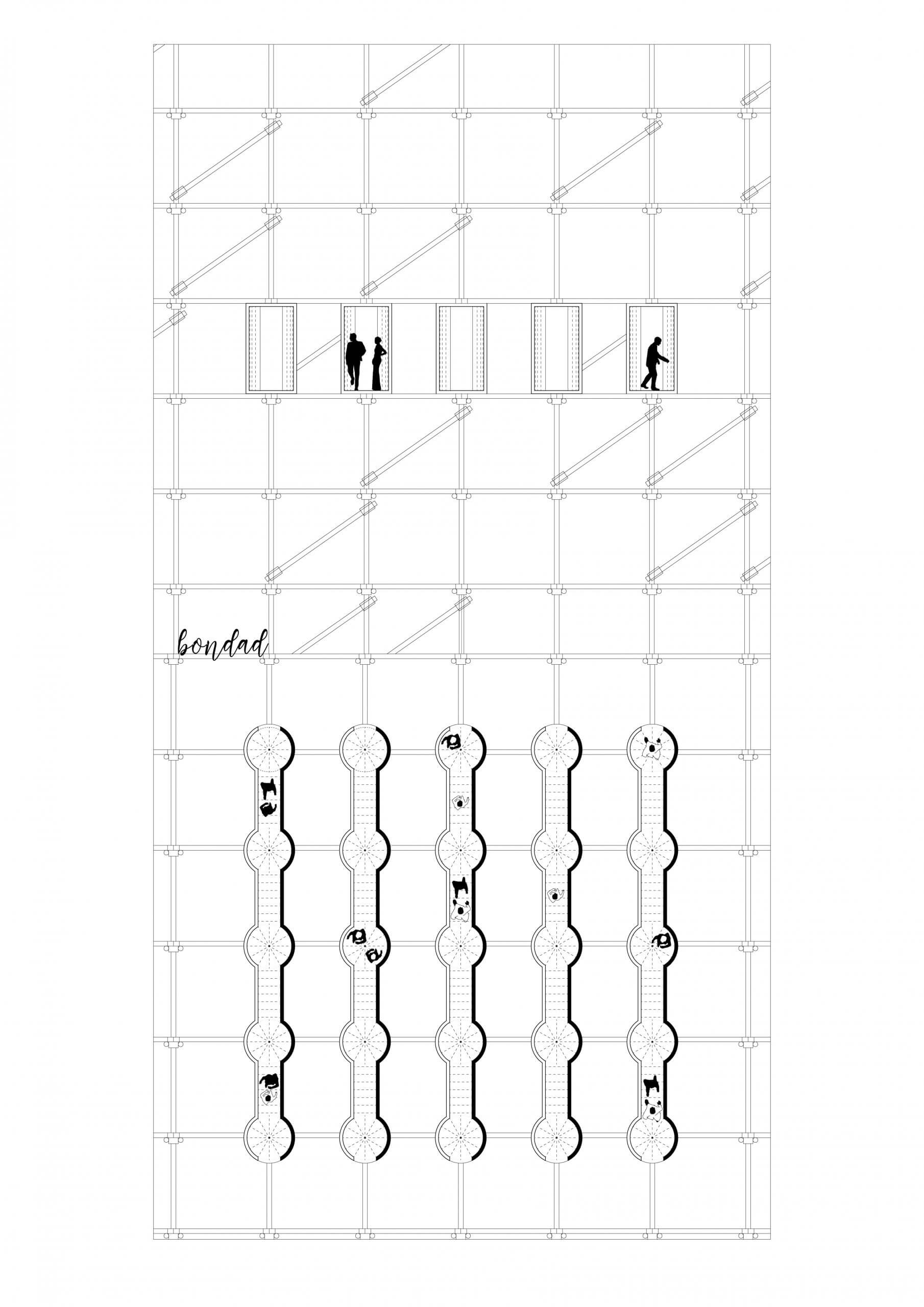 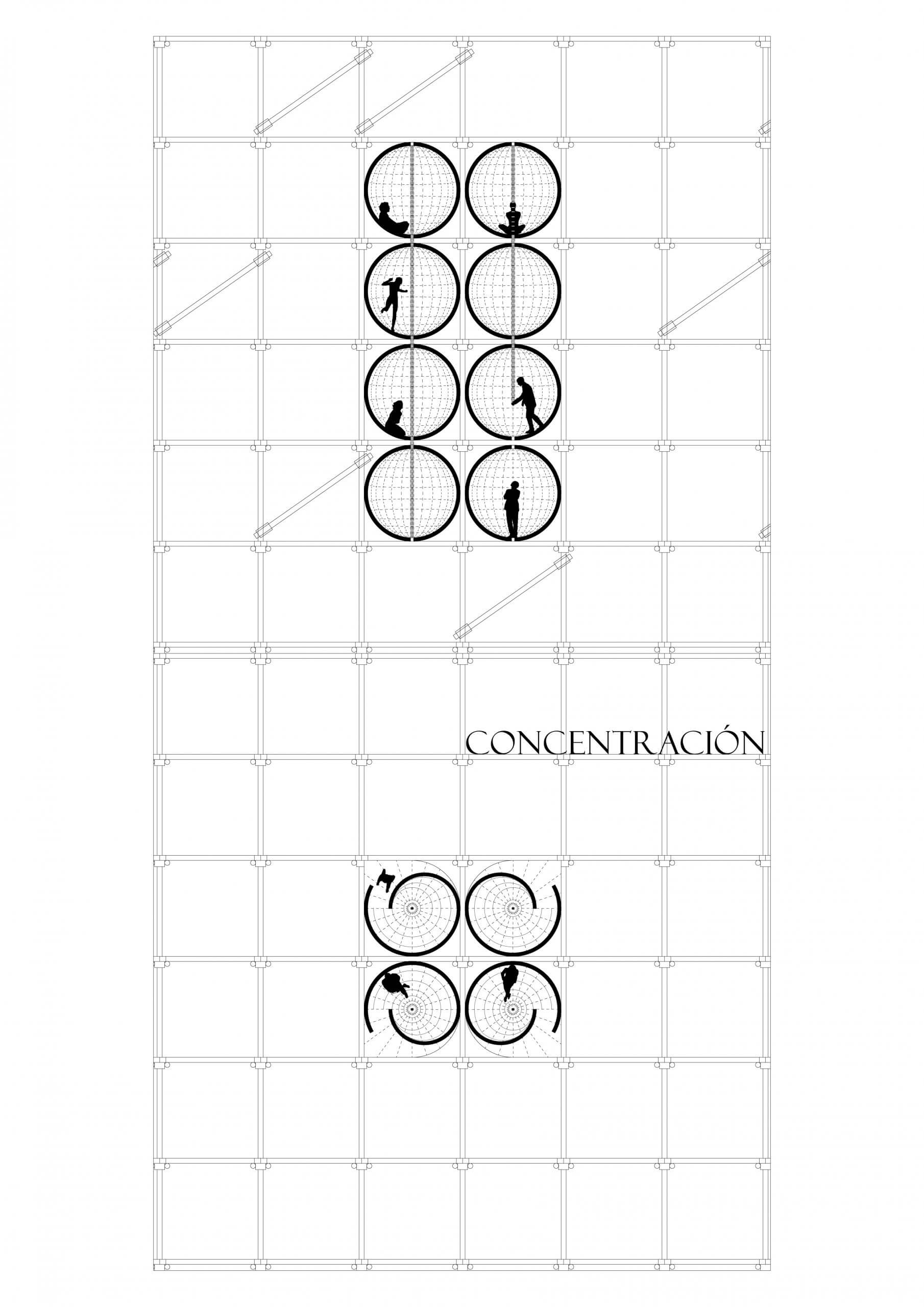 This part is approached from three scales. First, attending to a more individual scale, a series of mobile and fixed installations are proposed that allow the user to carry out their daily activities in any part of the building. On a second level, the so-called training spaces are defined, architectural elements that allow the learning of the values of the citizens of Auroville. They are spaces designed for the development of certain actions and body movements representative of the values defined by the mother and practiced by her citizens. Finally, at the community level, living spaces are designed, places of sensations that the user will inhabit according to their needs, tastes and concerns at all times. It is a nomadic community whose inhabitants are grouped according to certain sensitive needs that vary according to the moment, mood or perception. 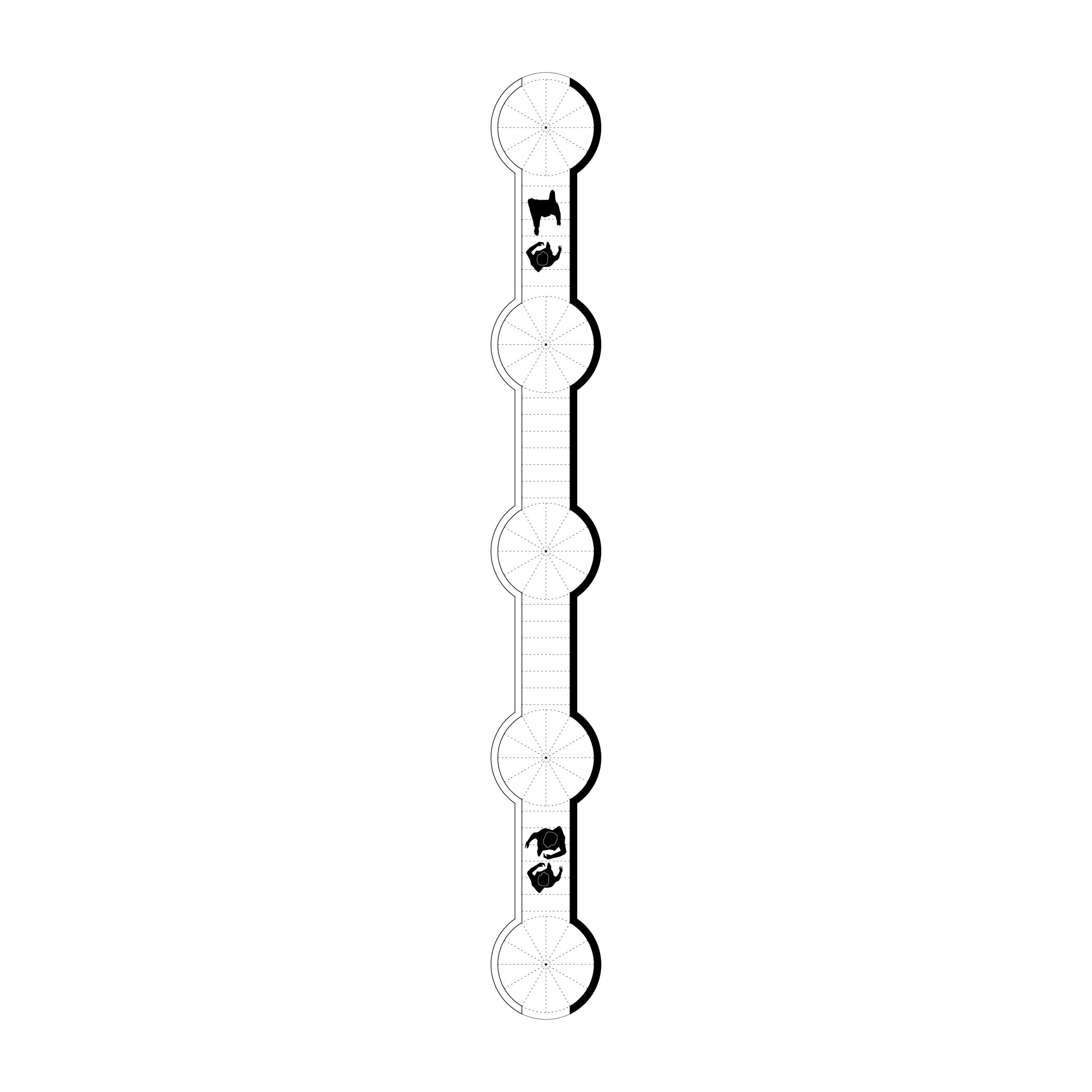 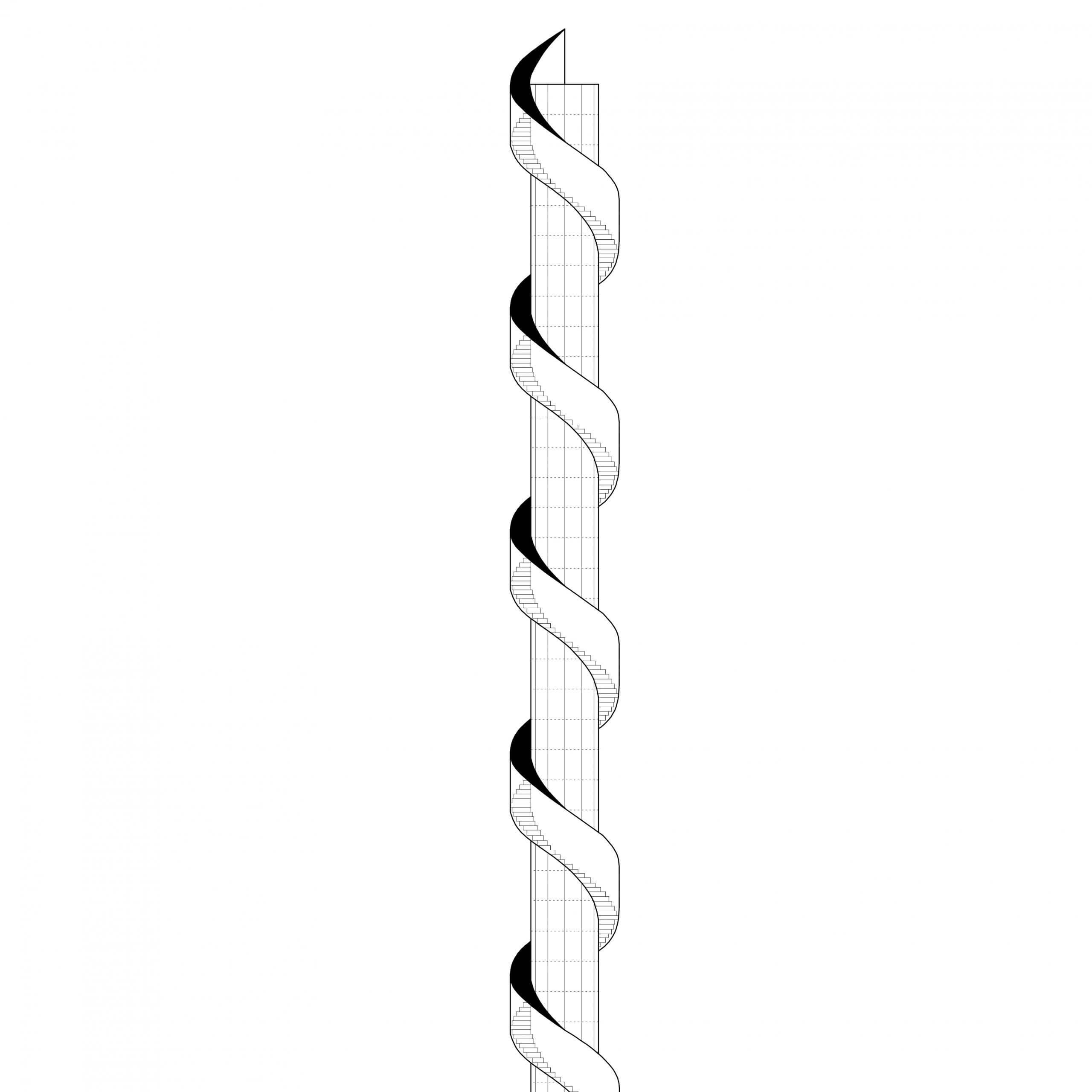 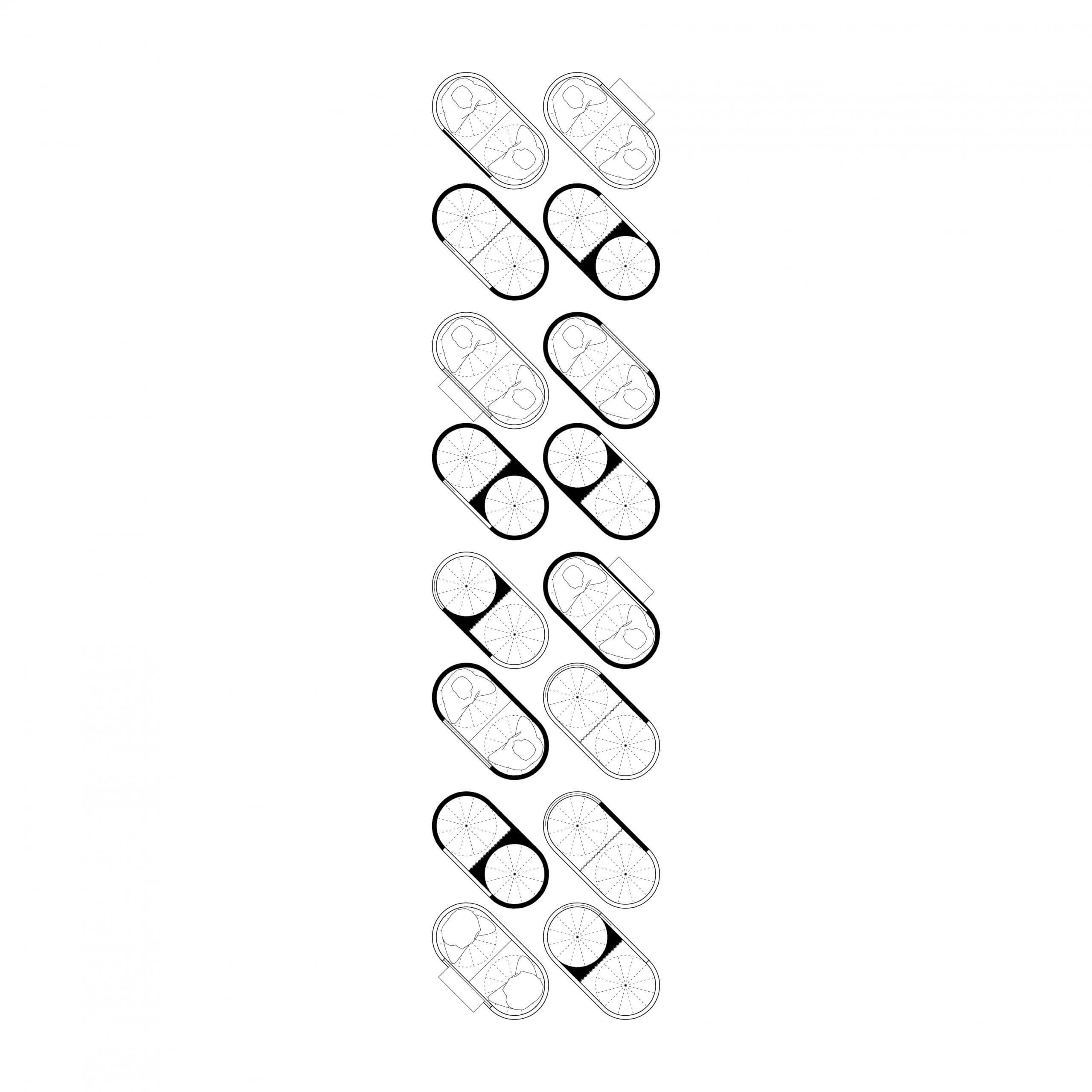 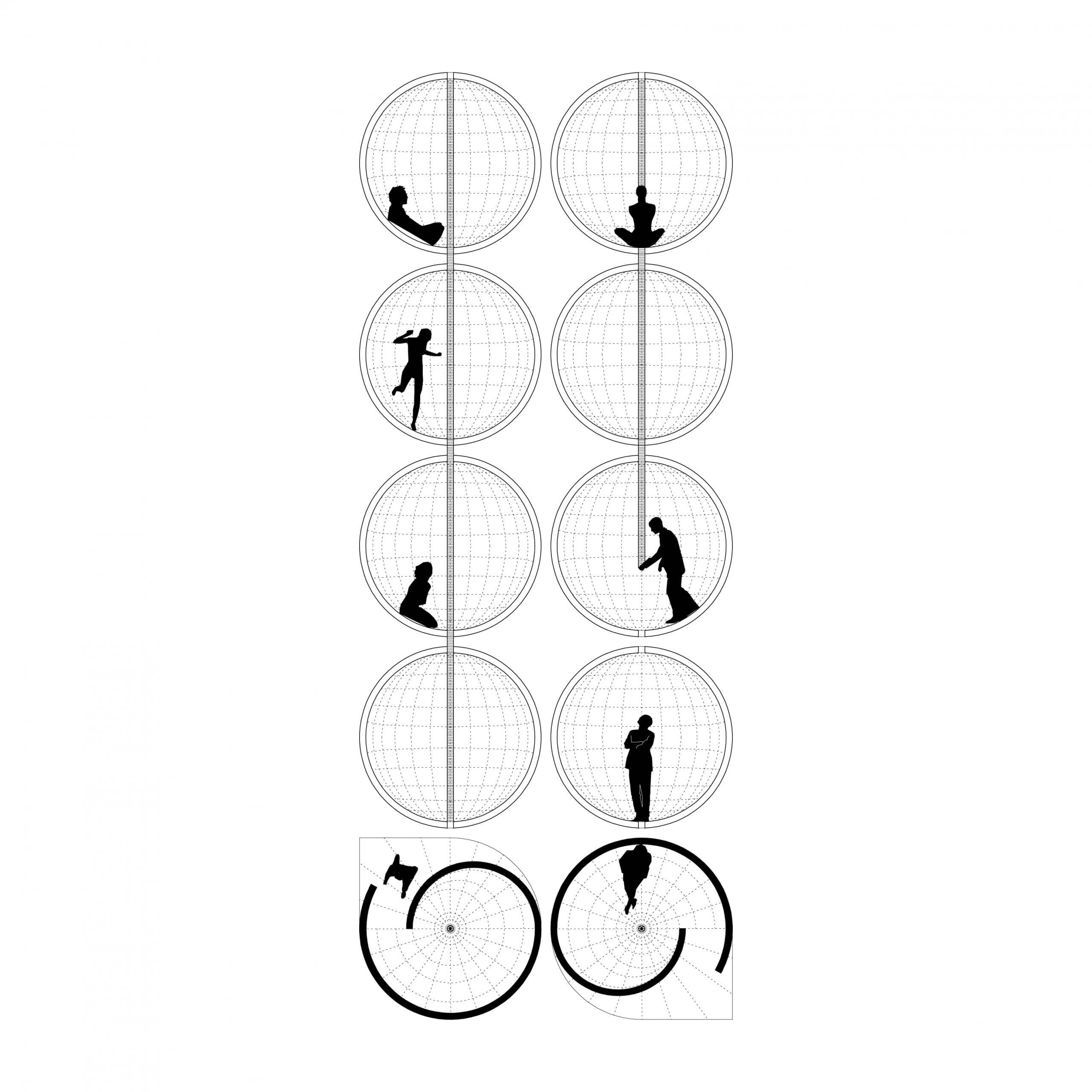 Welcome to Auroville aims to be the way to welcome those interested in knowing the values that the city of Auroville can offer them. Through this, we want to experiment and rethink the structure of conventional housing, offering the tools of a delocalized habitat that breaks the house as it was understood until now.
There is no longer a minimum unit, your home is the city and the city is your ‘home’.