The idea of the Post-Industrial Renaissance interprets and names the idea of a second touch of forgotten brownfields. 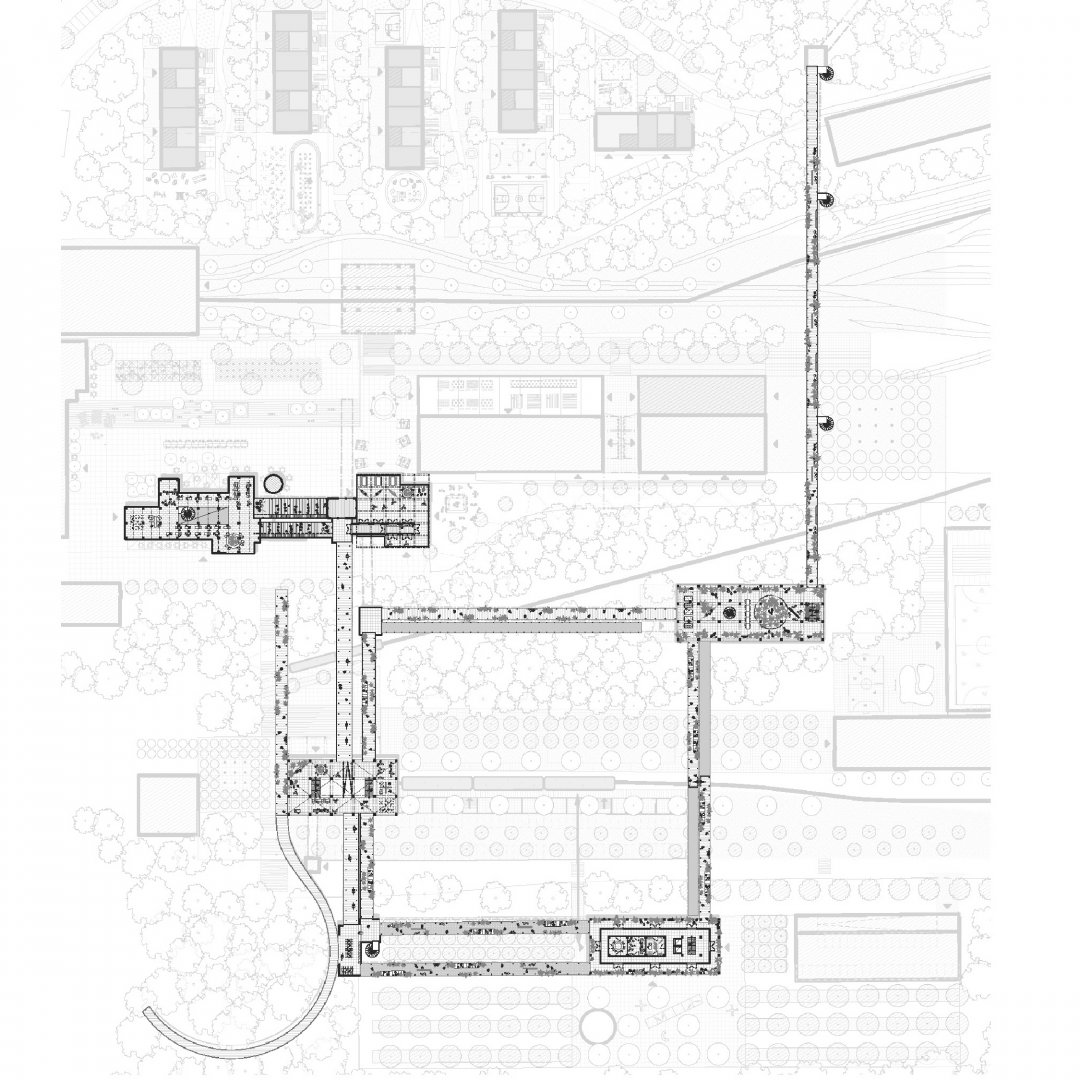 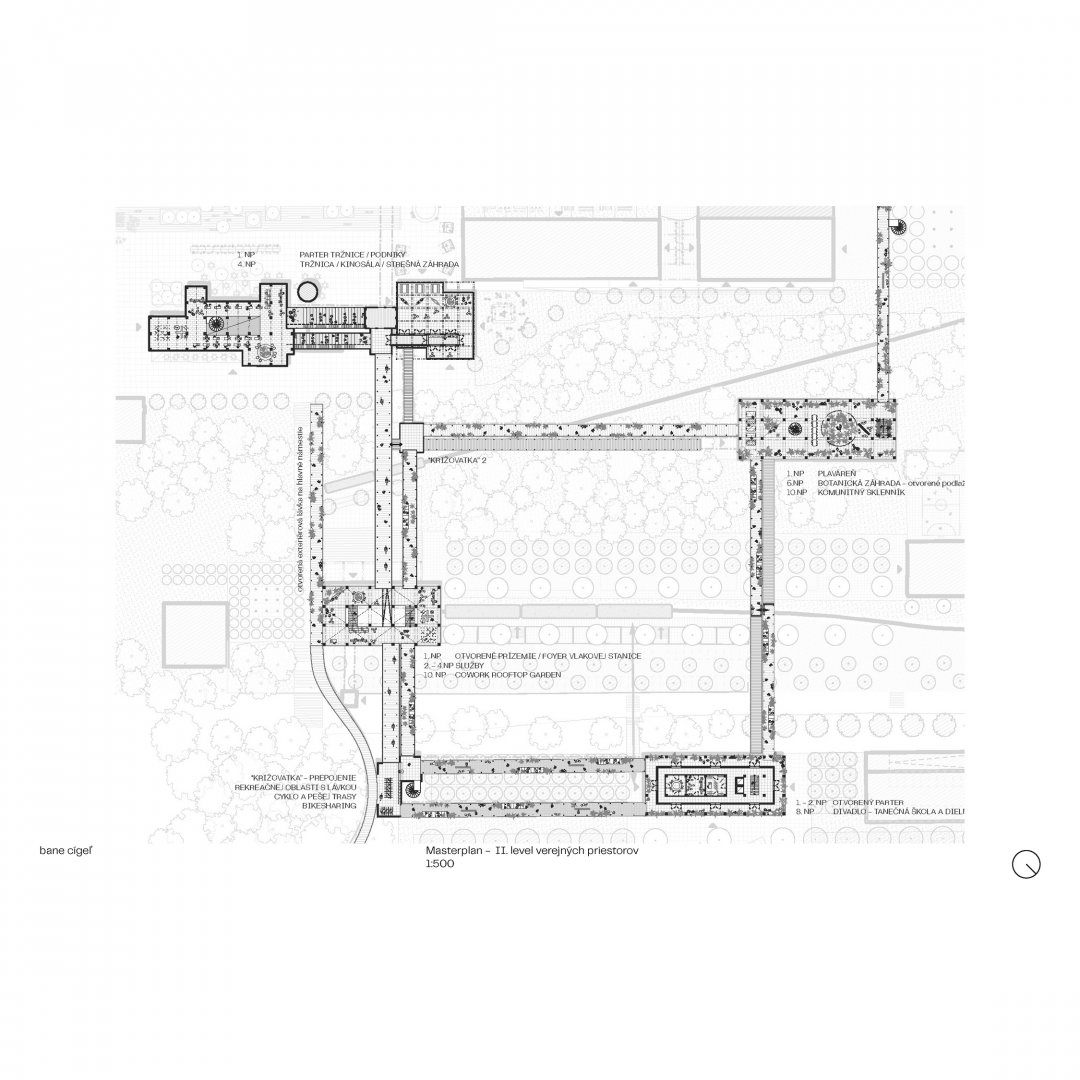 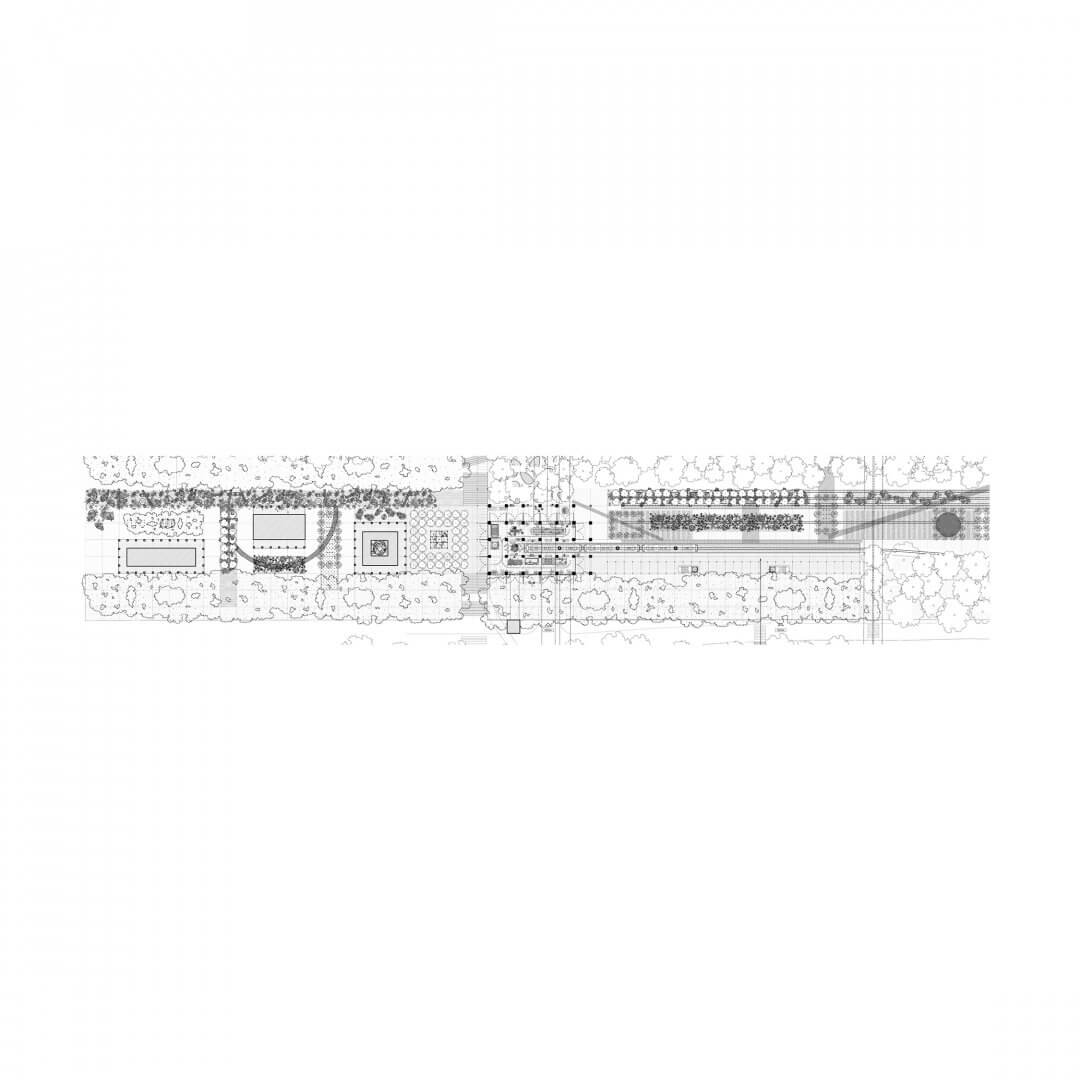 The diploma thesis focuses on the perception and combination of the original mining environment and its trends with current aspects of operational and aesthetic needs to create a new quality environment. Thanks to the main railway line, the area with the resolved reconstructed building has the potential of a new railway station with a square before the station with a park and the character of a new administrative district in progress. The urban concept addresses the transformation of the territory in the form of a wide range of solutions for functional and experiential public space and its various degrees of intimacy in relation to the neighboring environment. 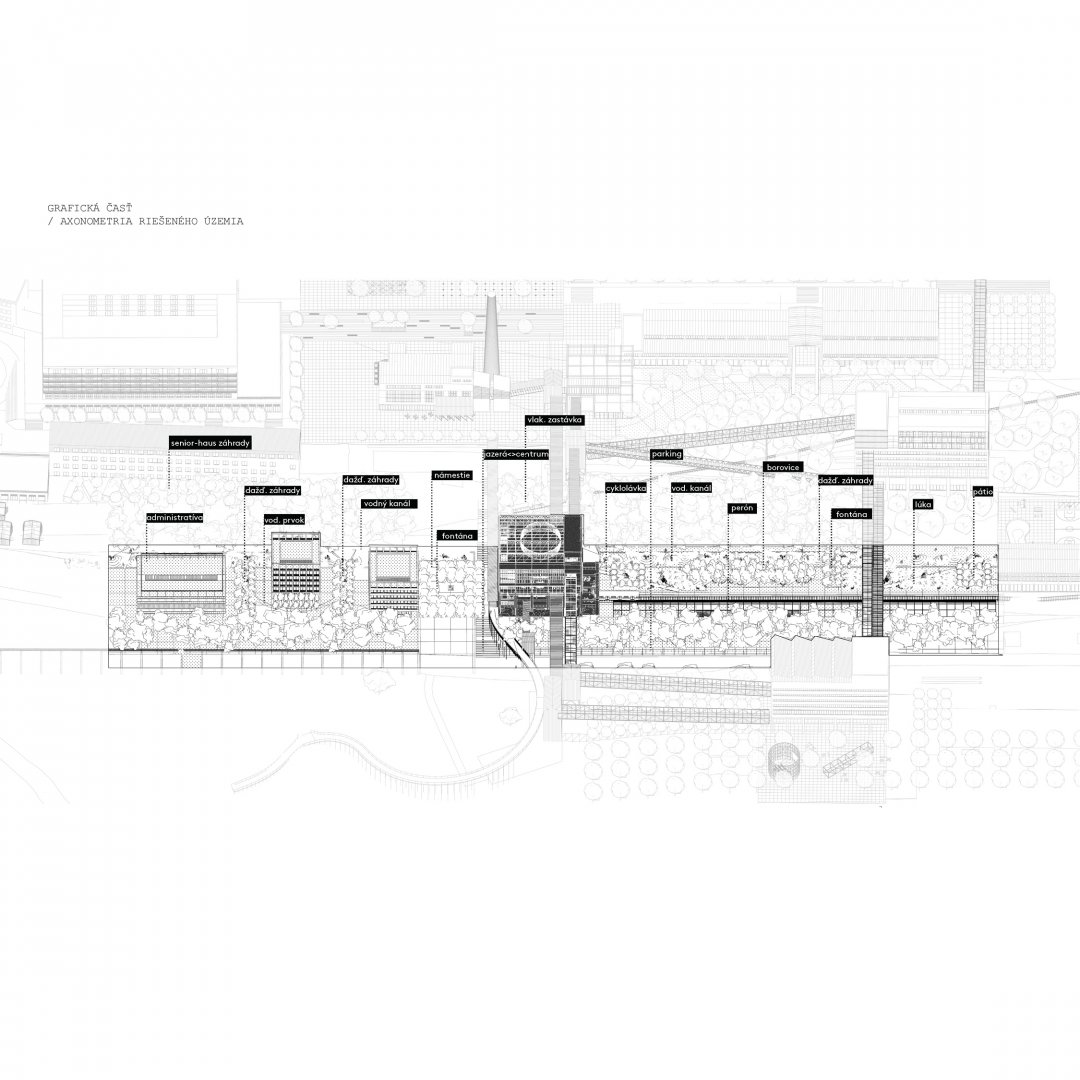 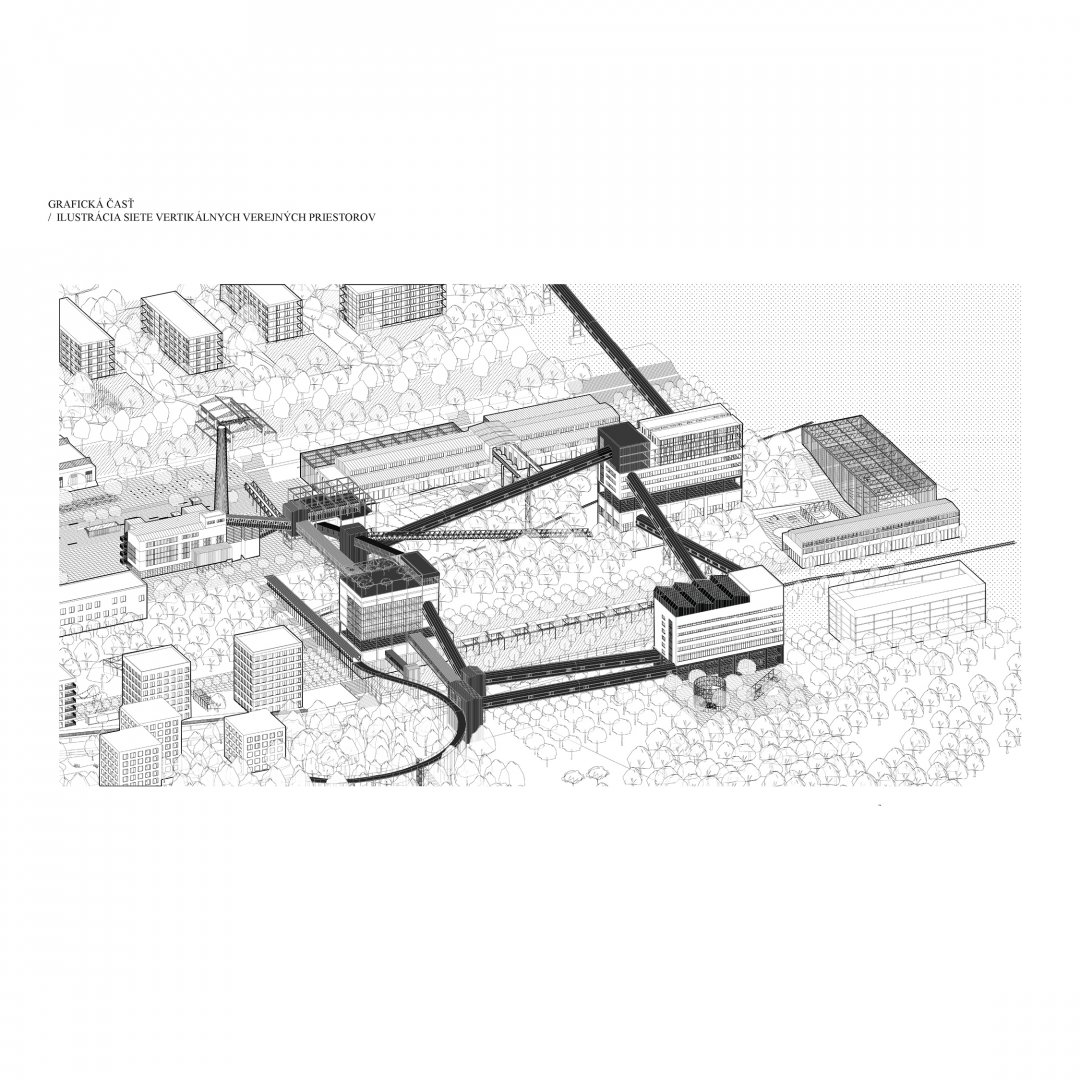 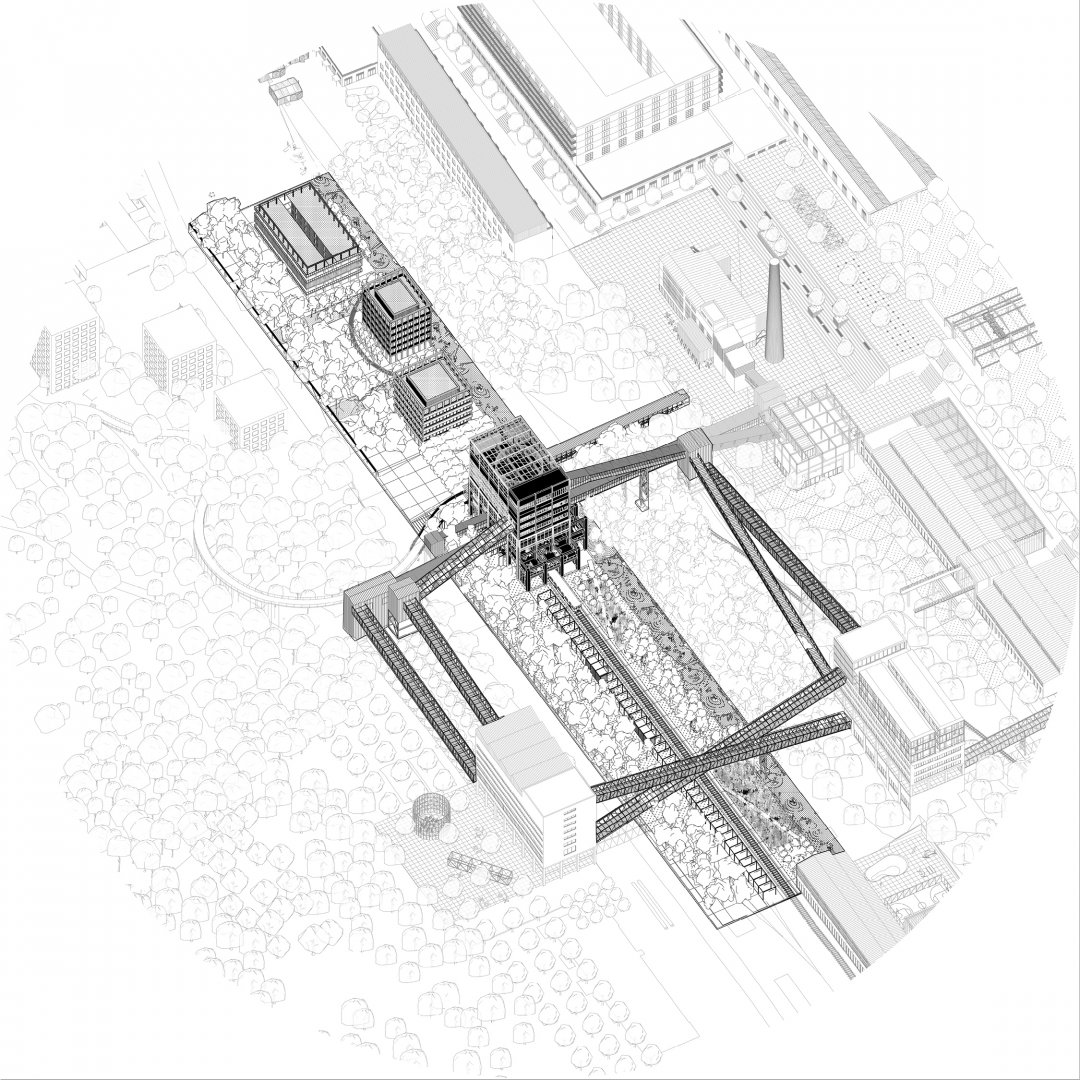 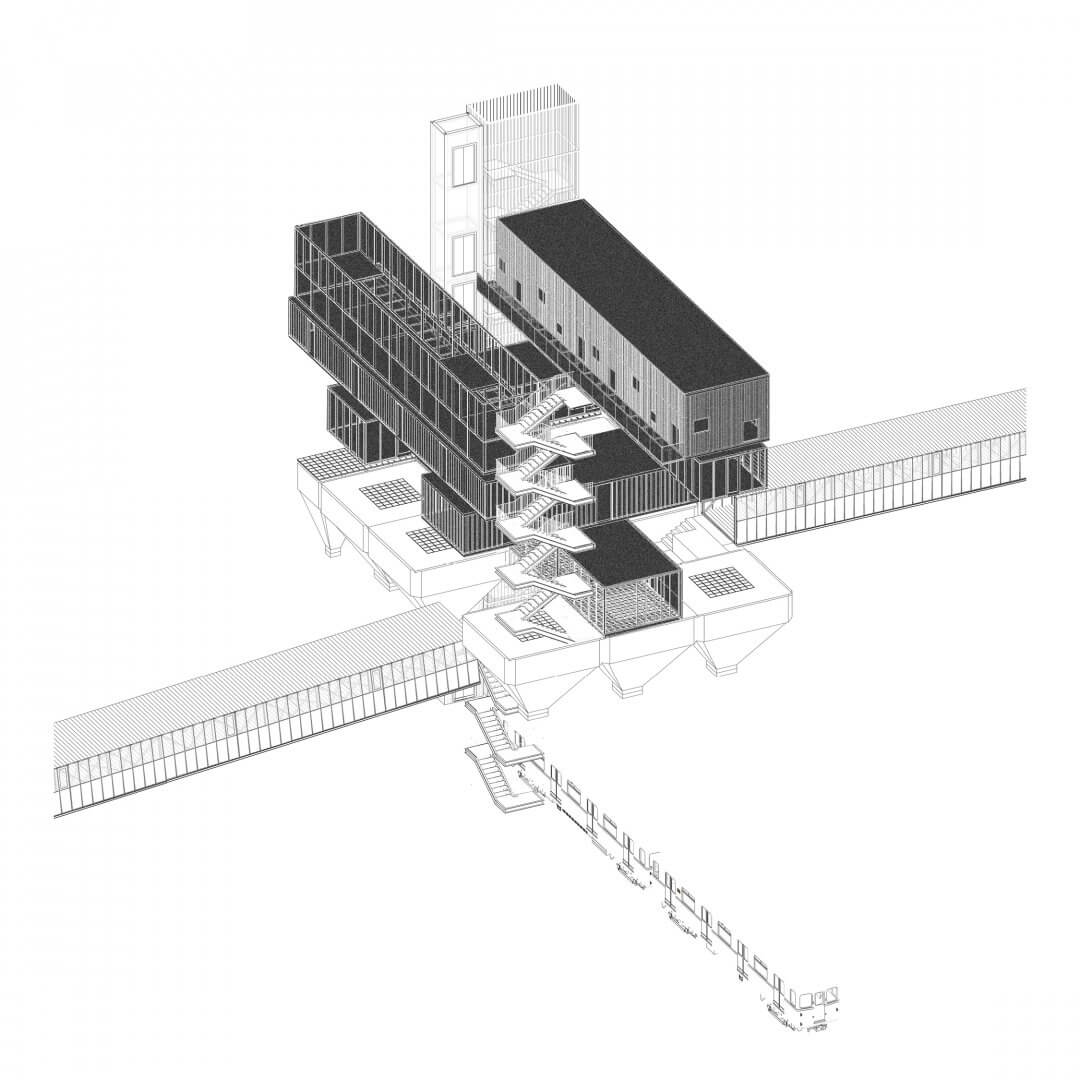 The main concept of the reconstruction of the building is the transformation of the multi-storey interior space into a more complex, vertical space over the entire height of the building. Due to its extremely central location in the mine area and its location on the railway, the future character of the building is defined as a multifunctional building. Its programmatic scheme includes the station hall function, gastronomic services, administrative part, lofts, cowork and roof garden. 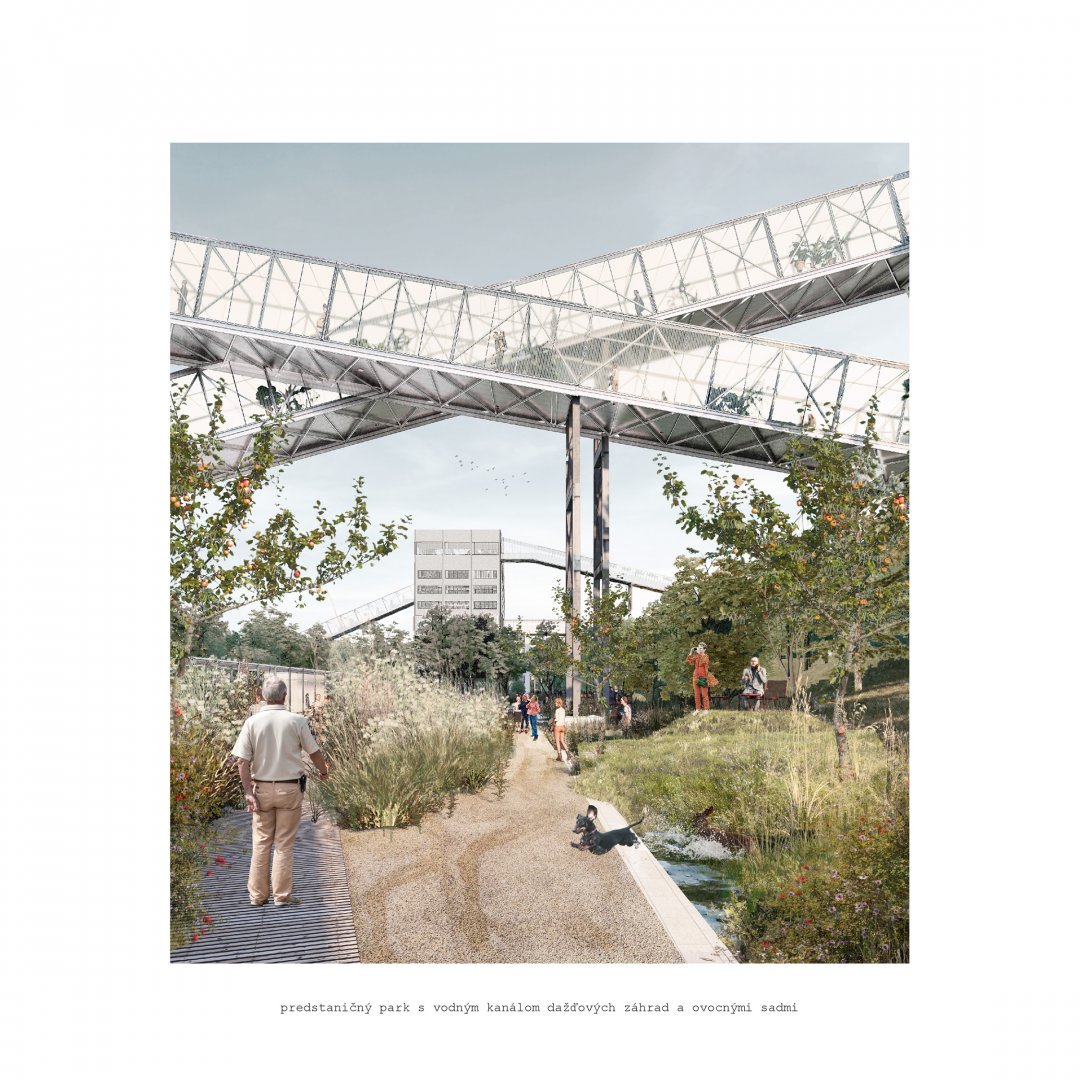 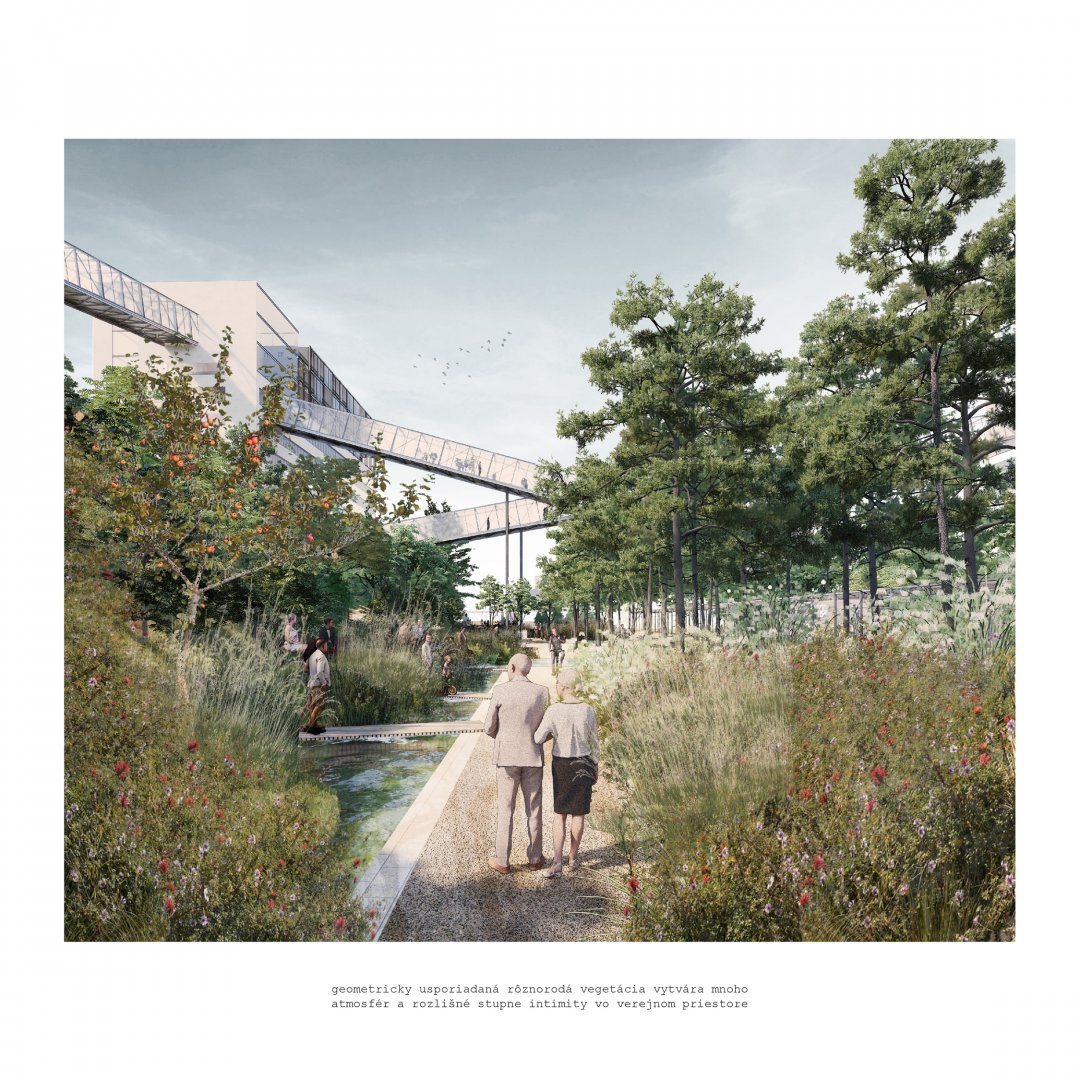 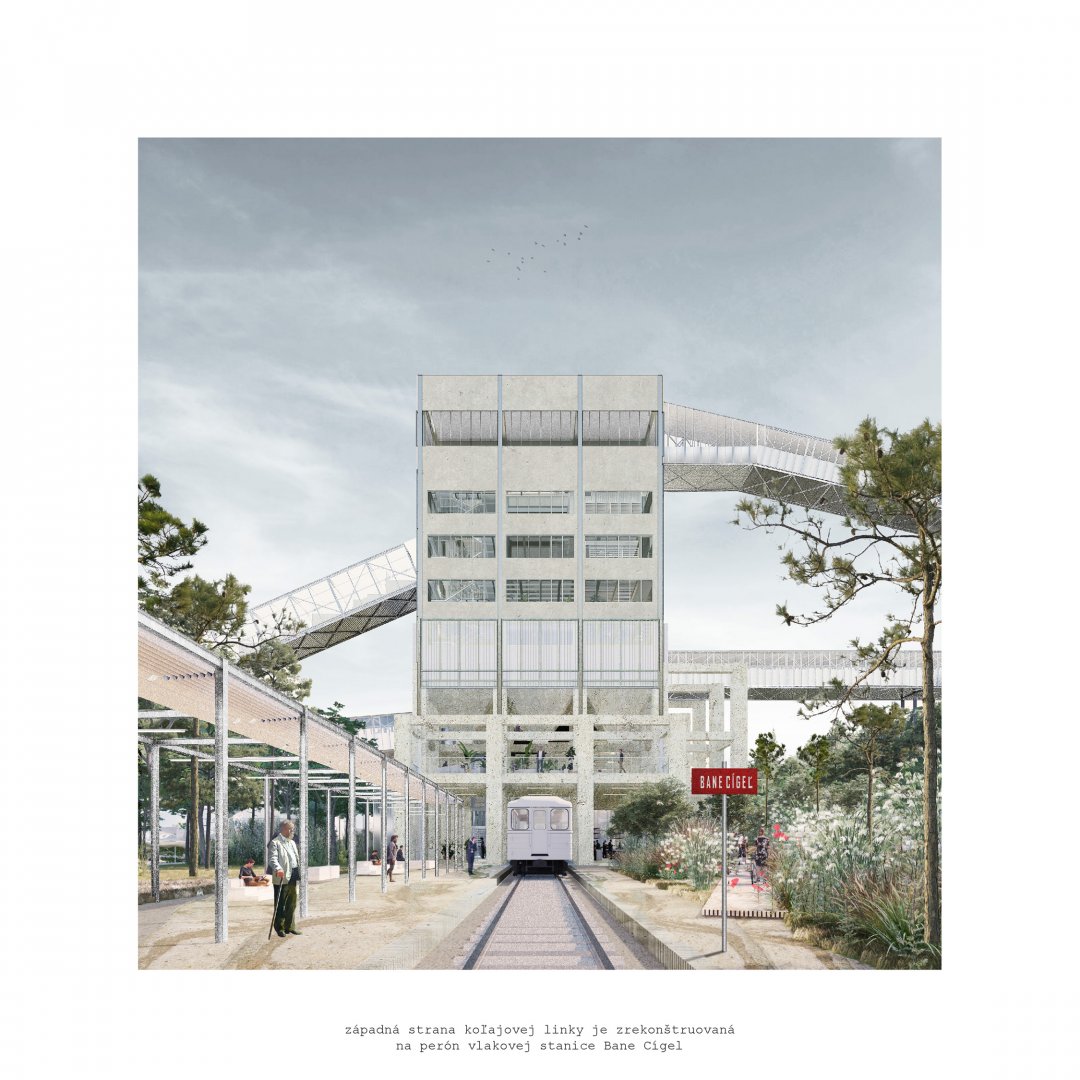 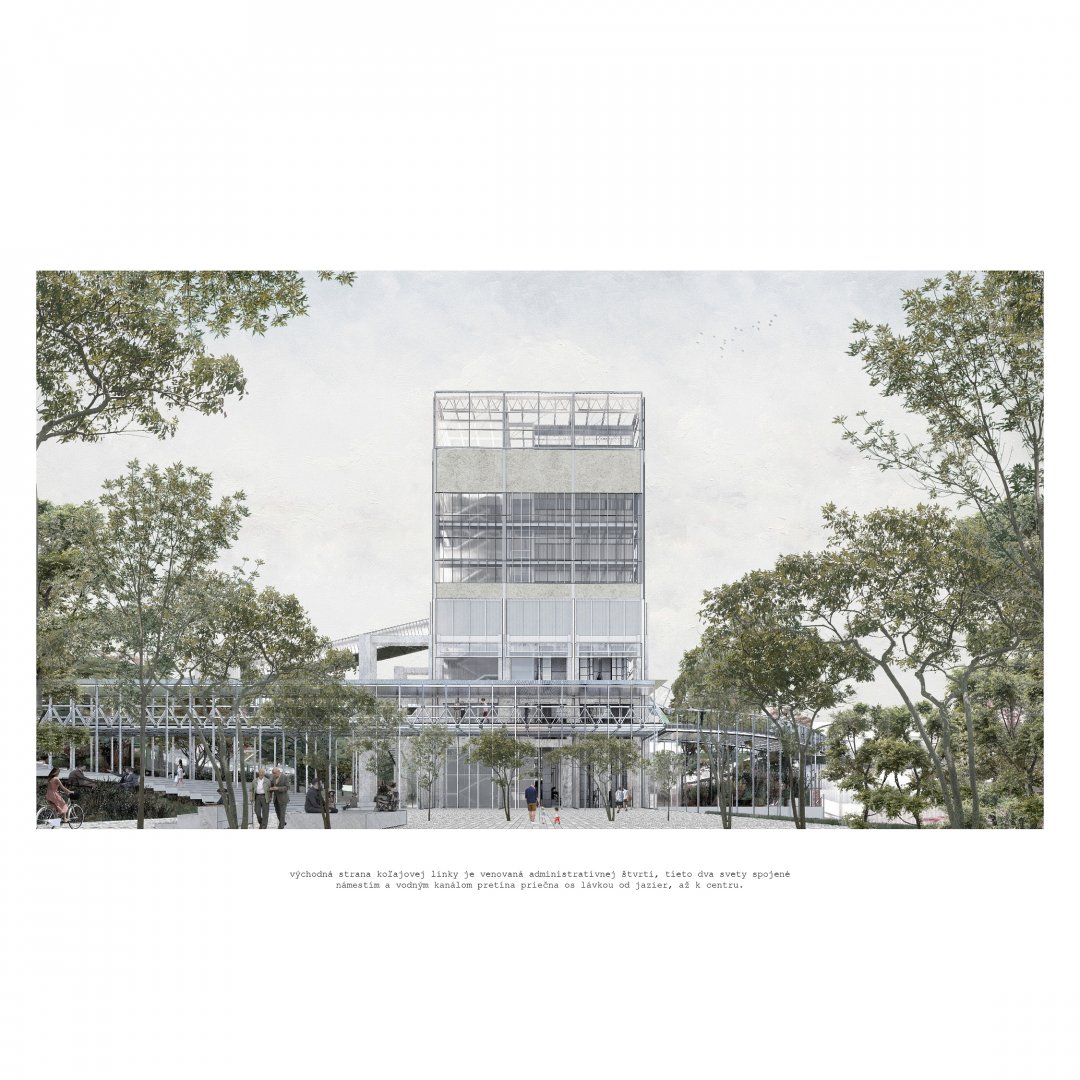 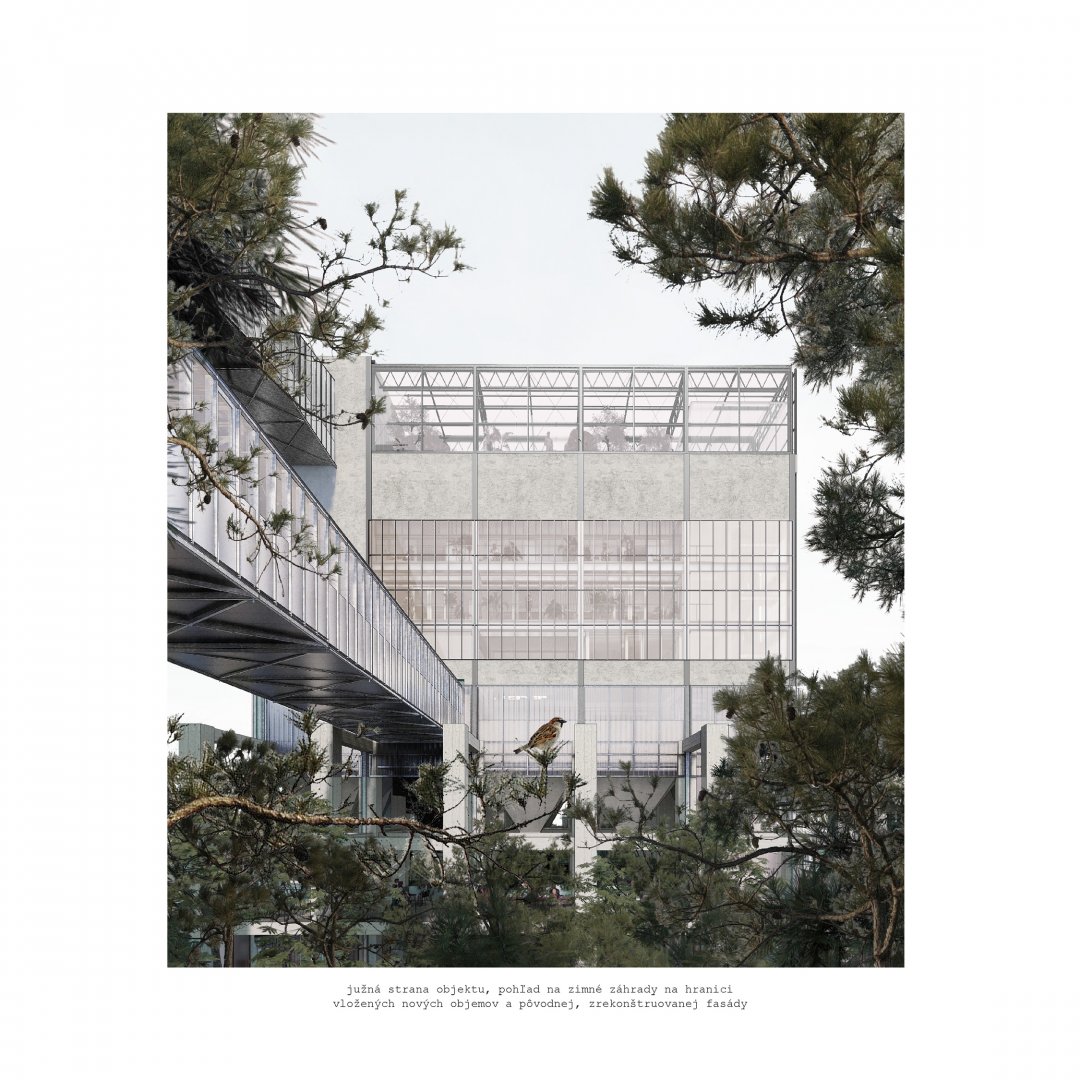 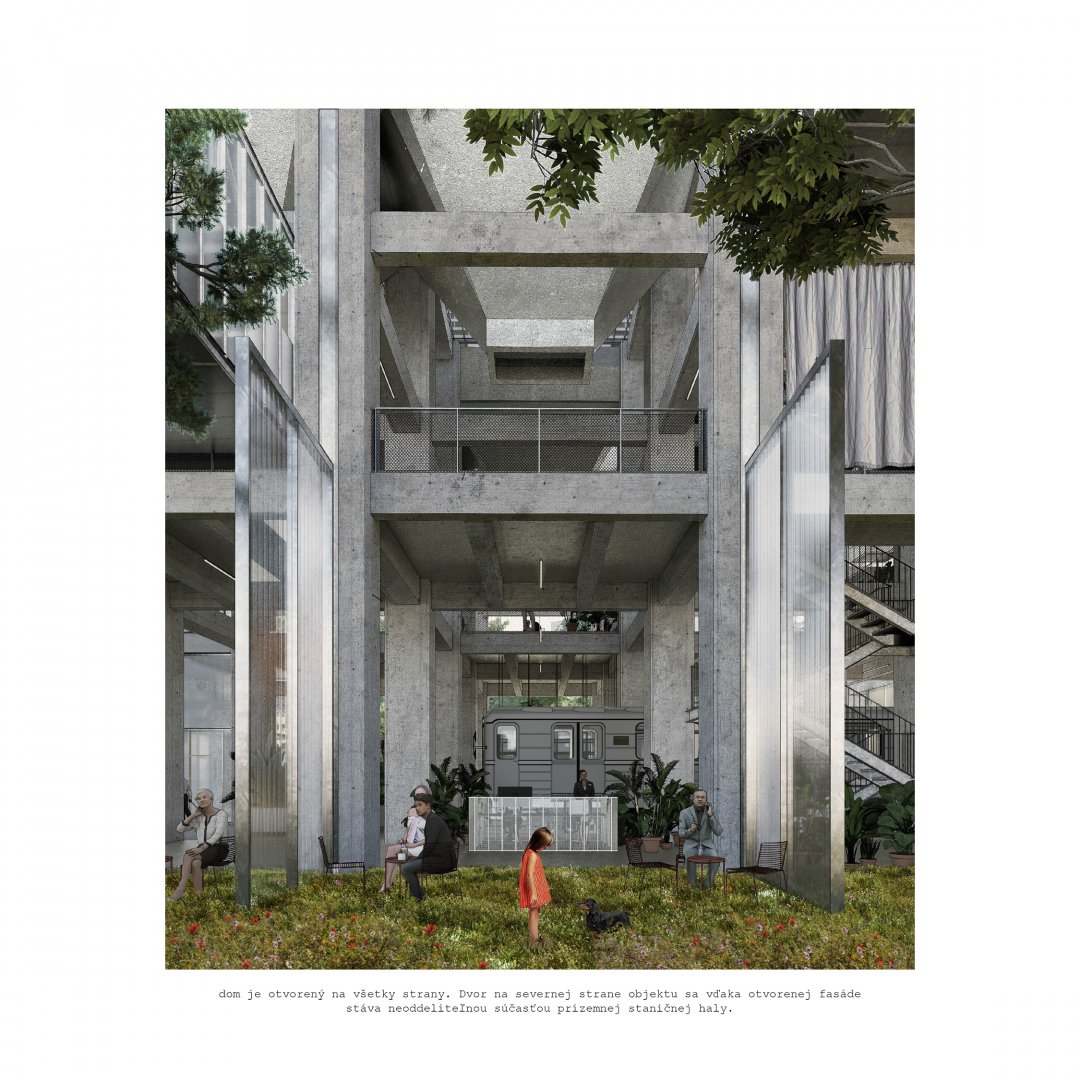 However, all of these functions, located on the individual floors, create a series of spatial moments and social phenomena due to their alternate interweaving of volumes and programs between the transverse and longitudinal spans of the original steel structure. This creates an outline of the “inverted” urban environment in the building. 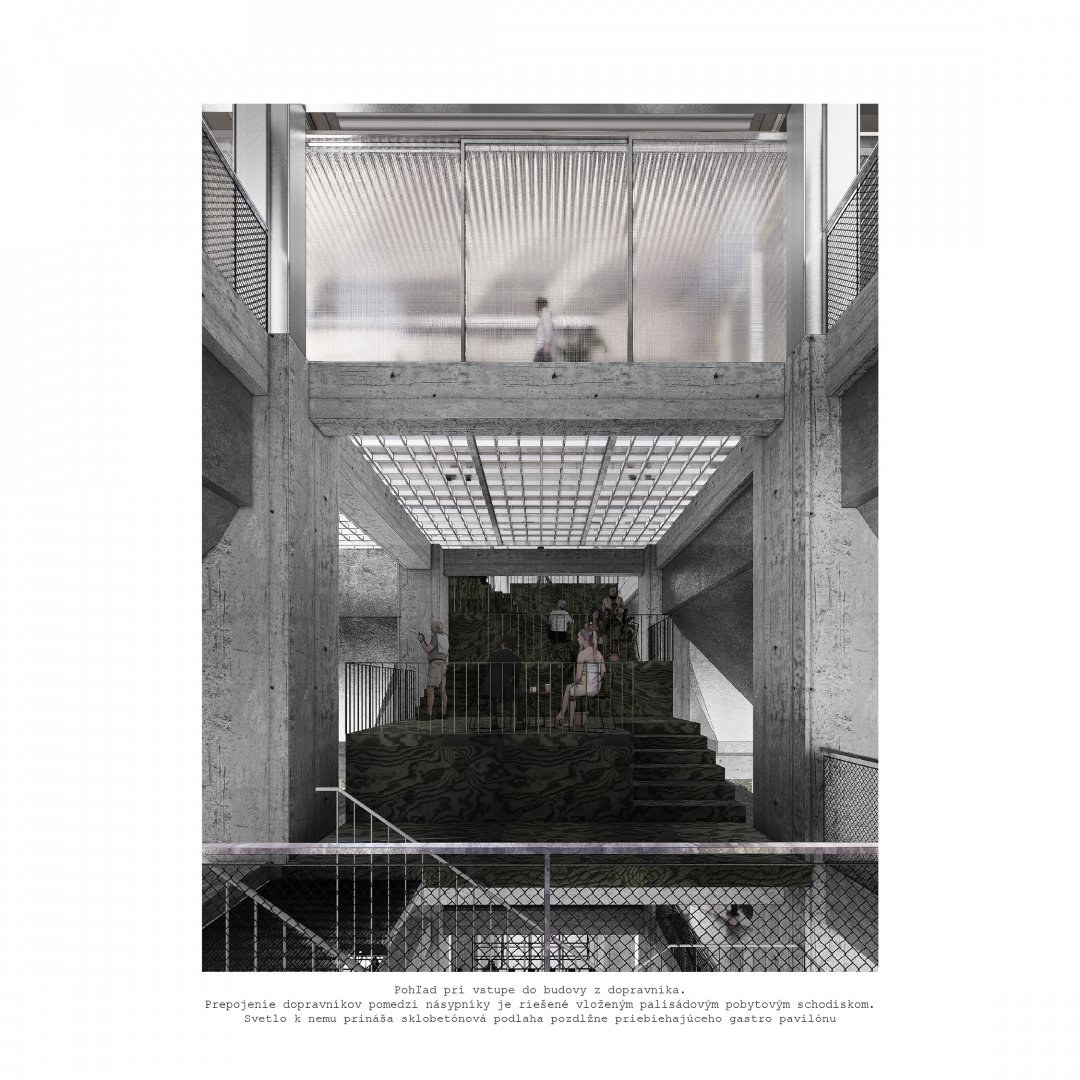 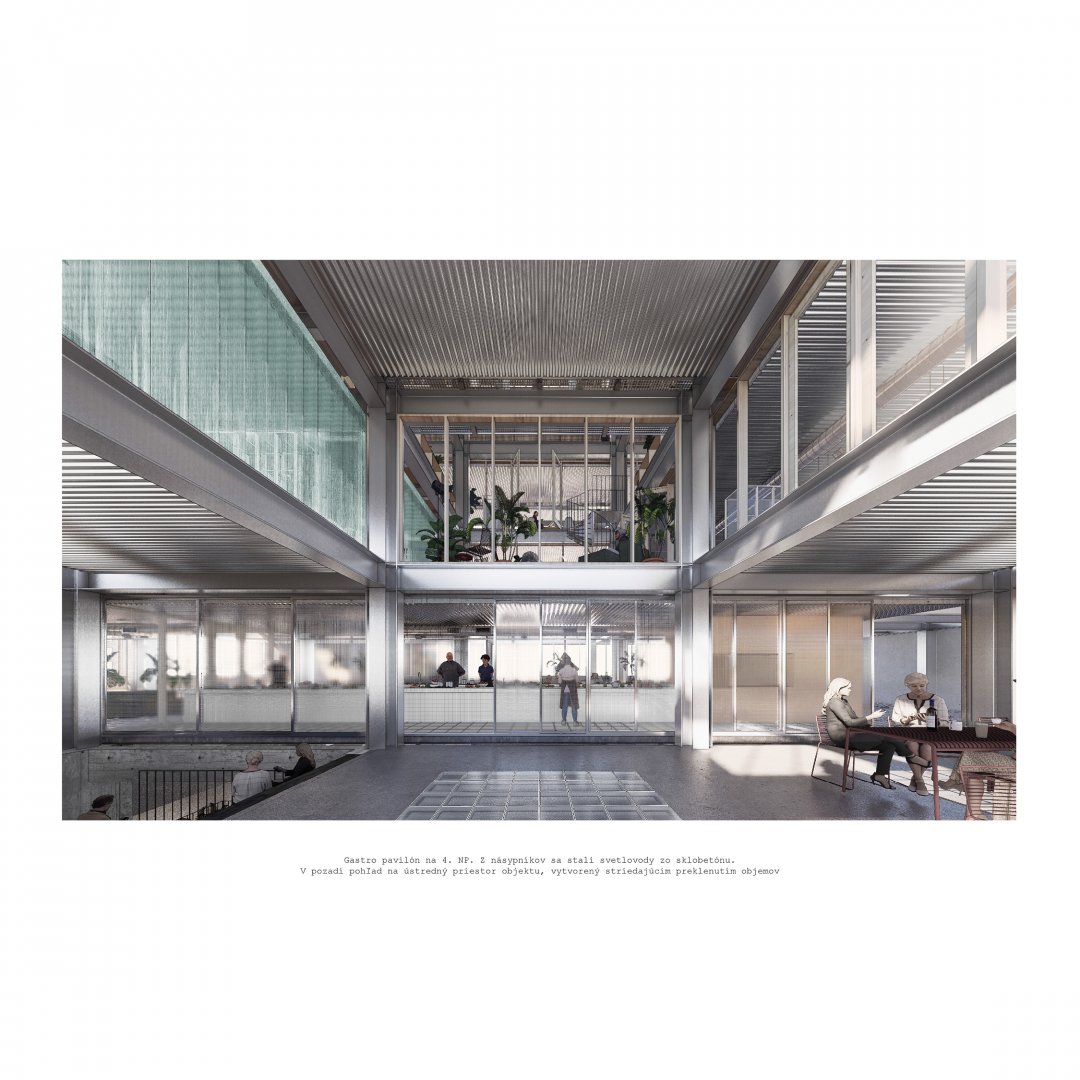 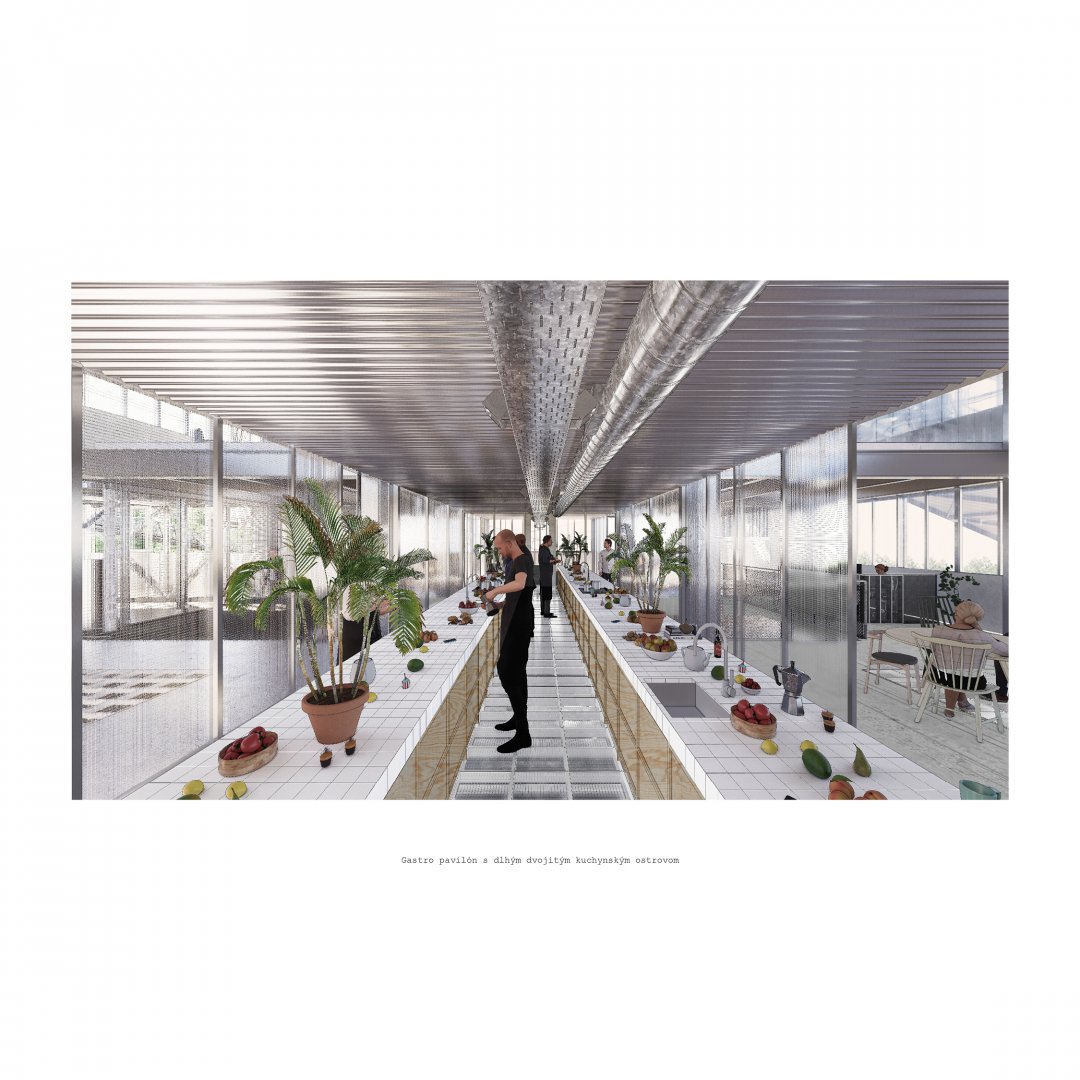 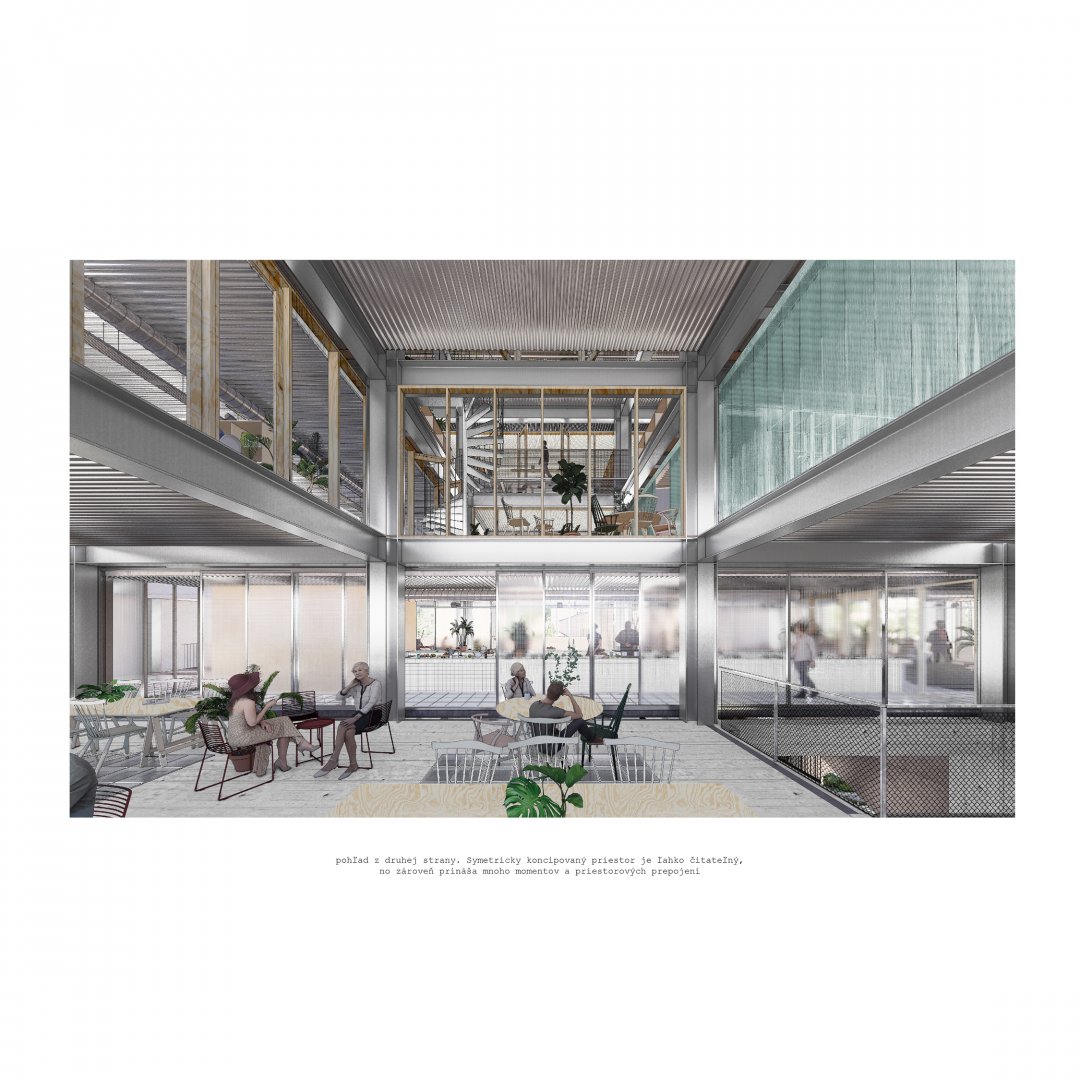 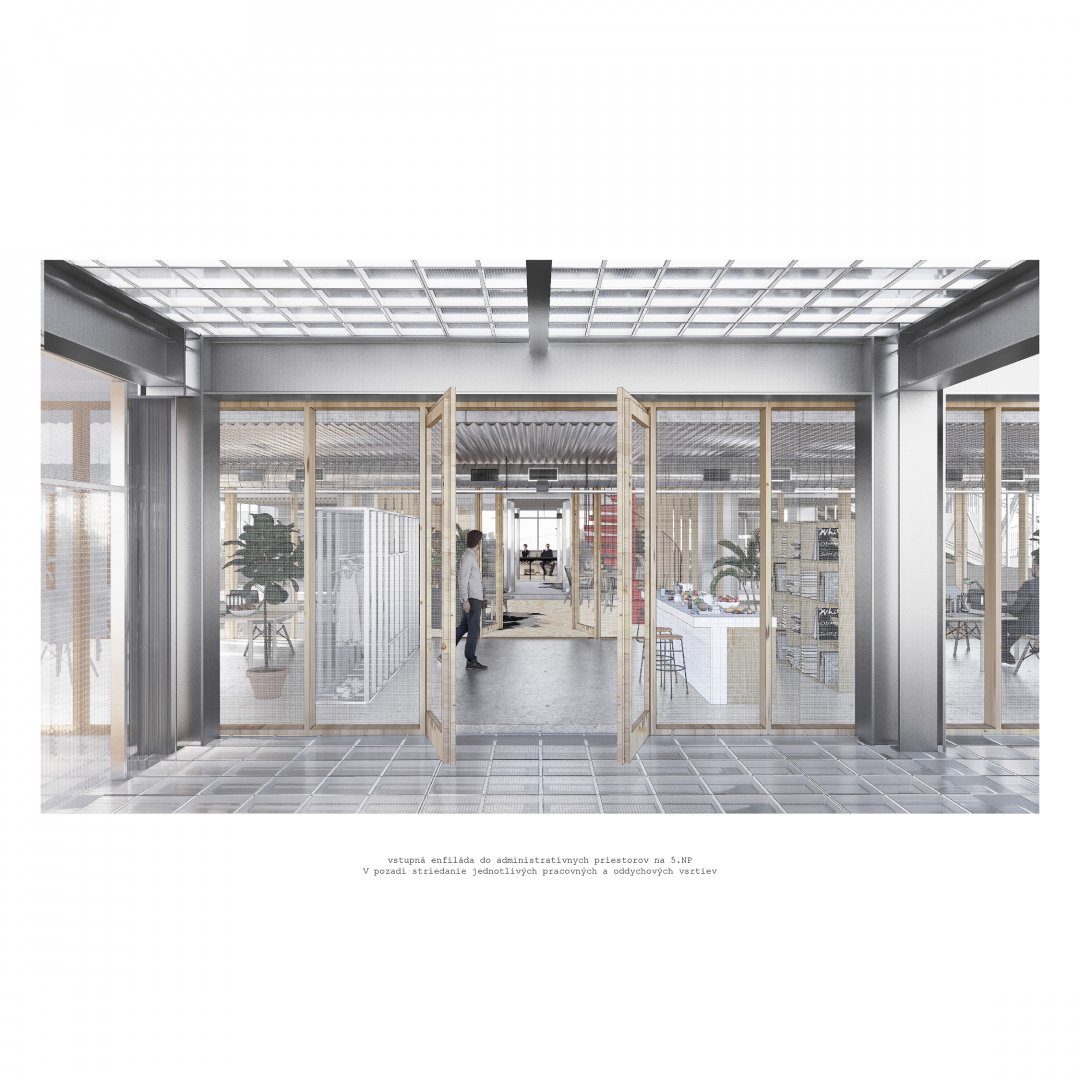 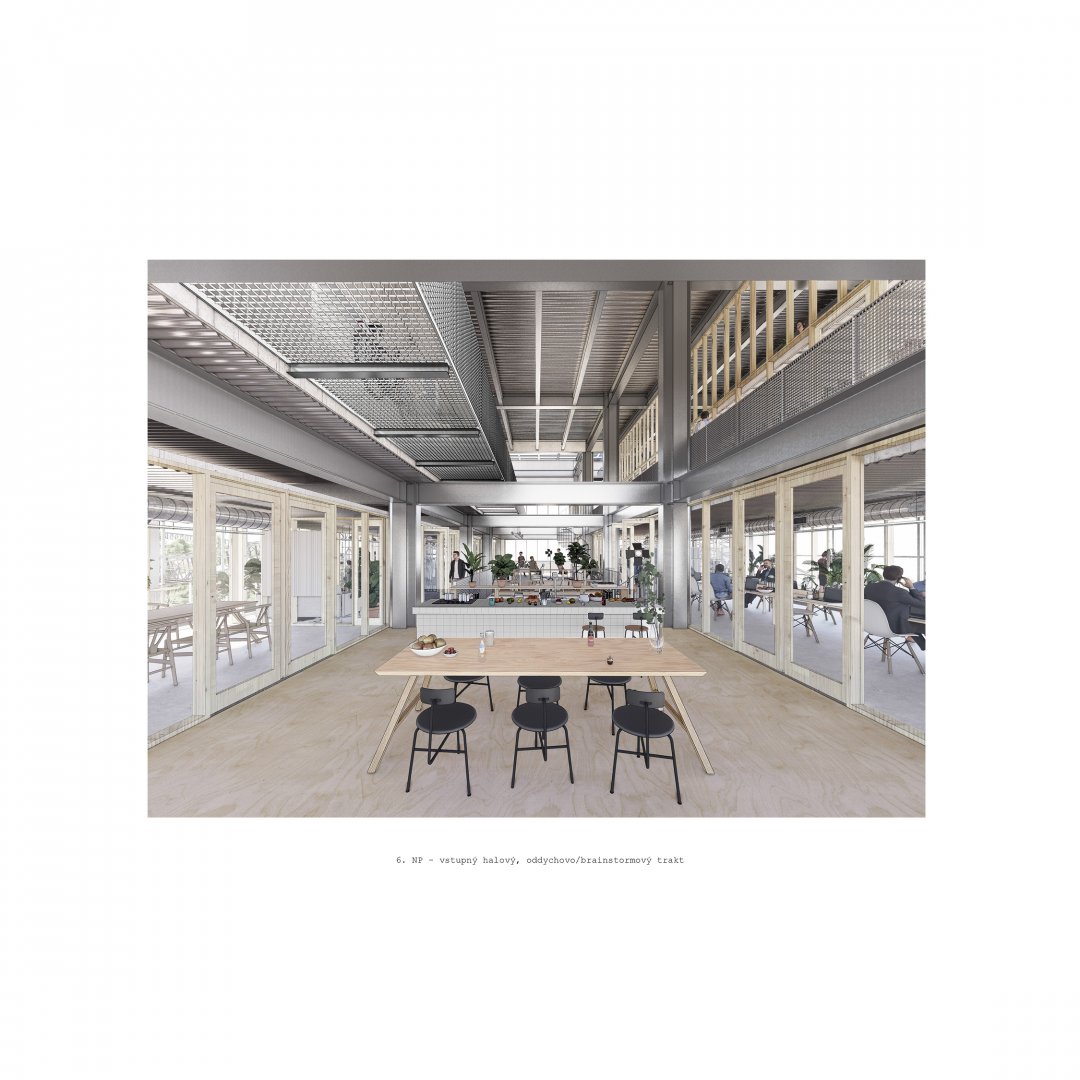 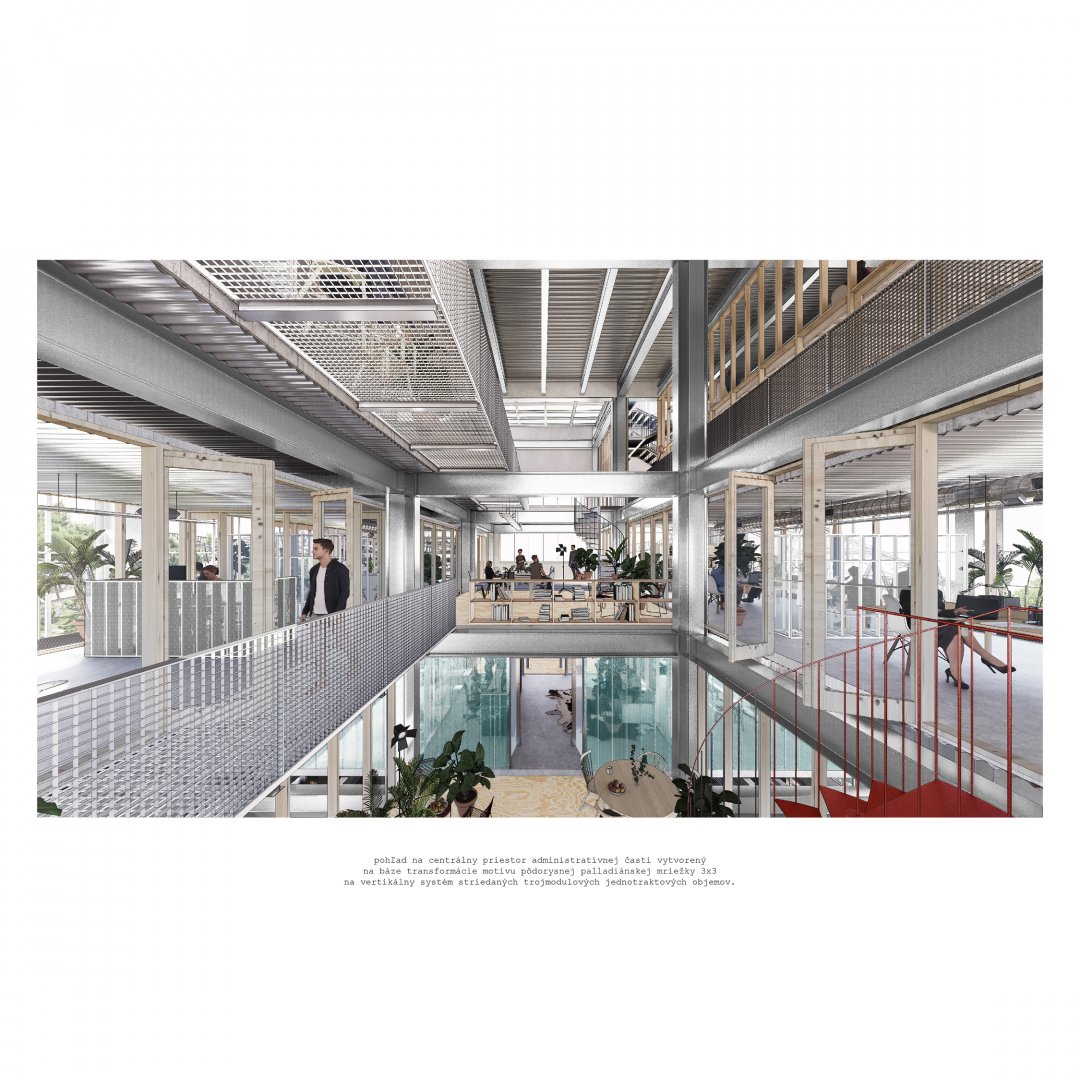 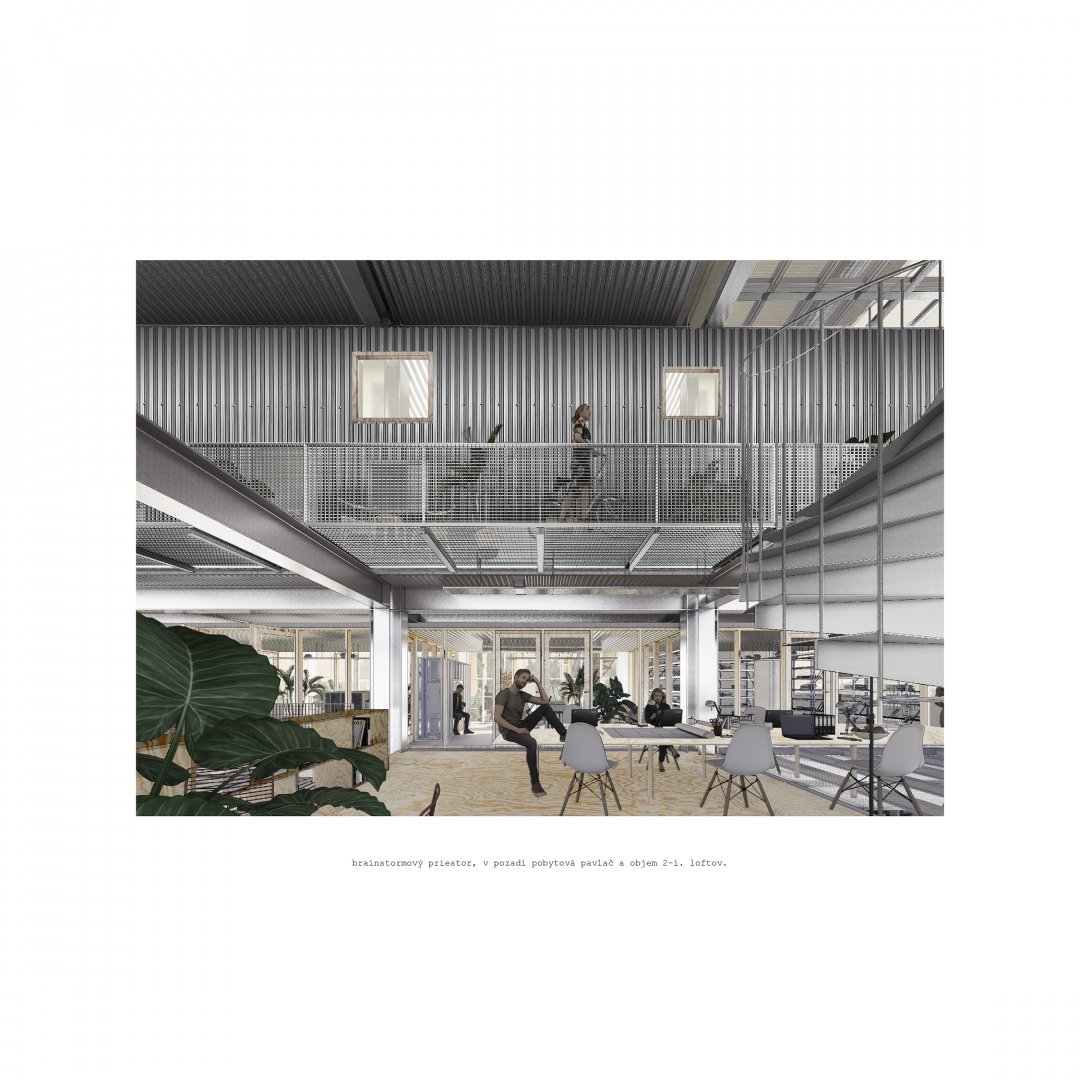 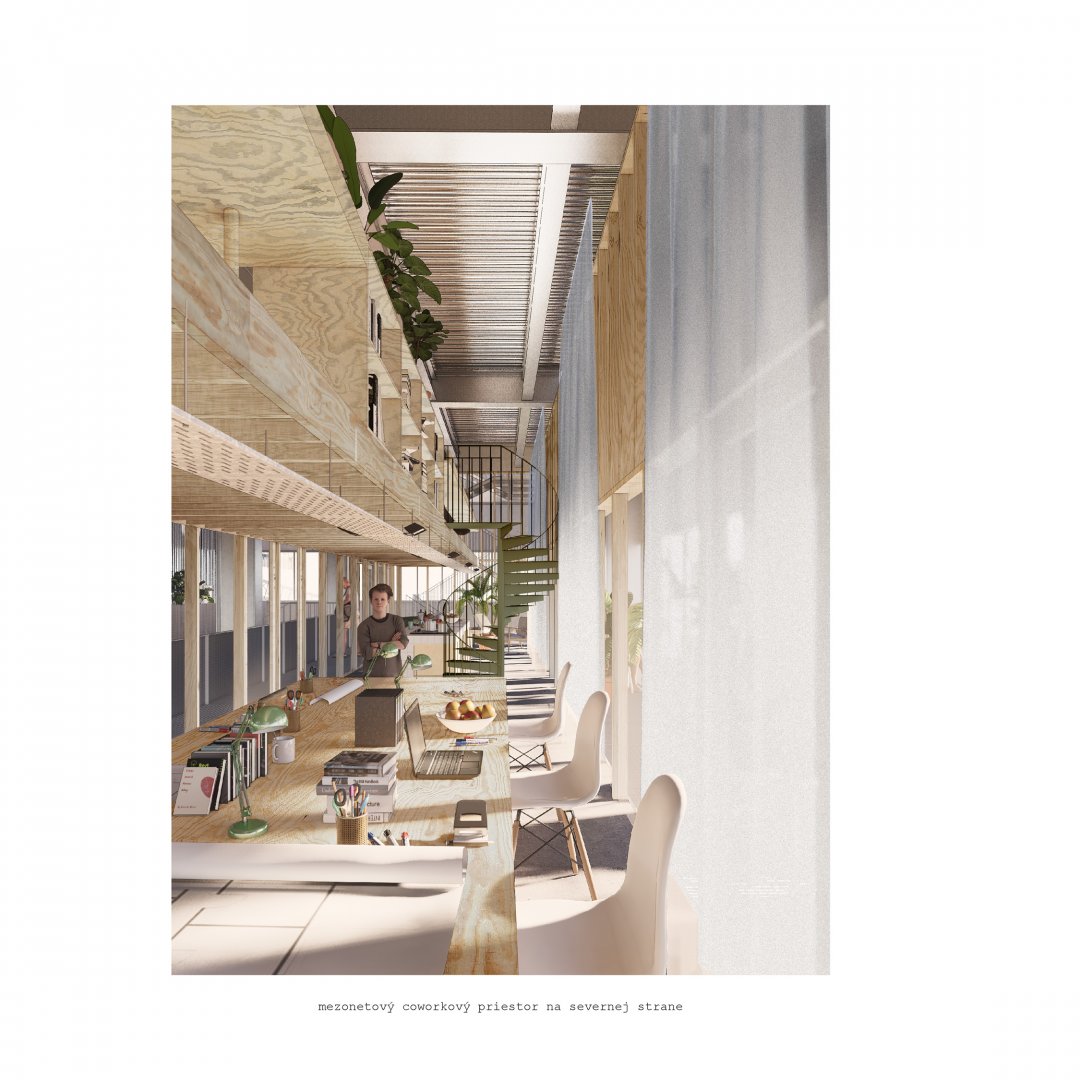 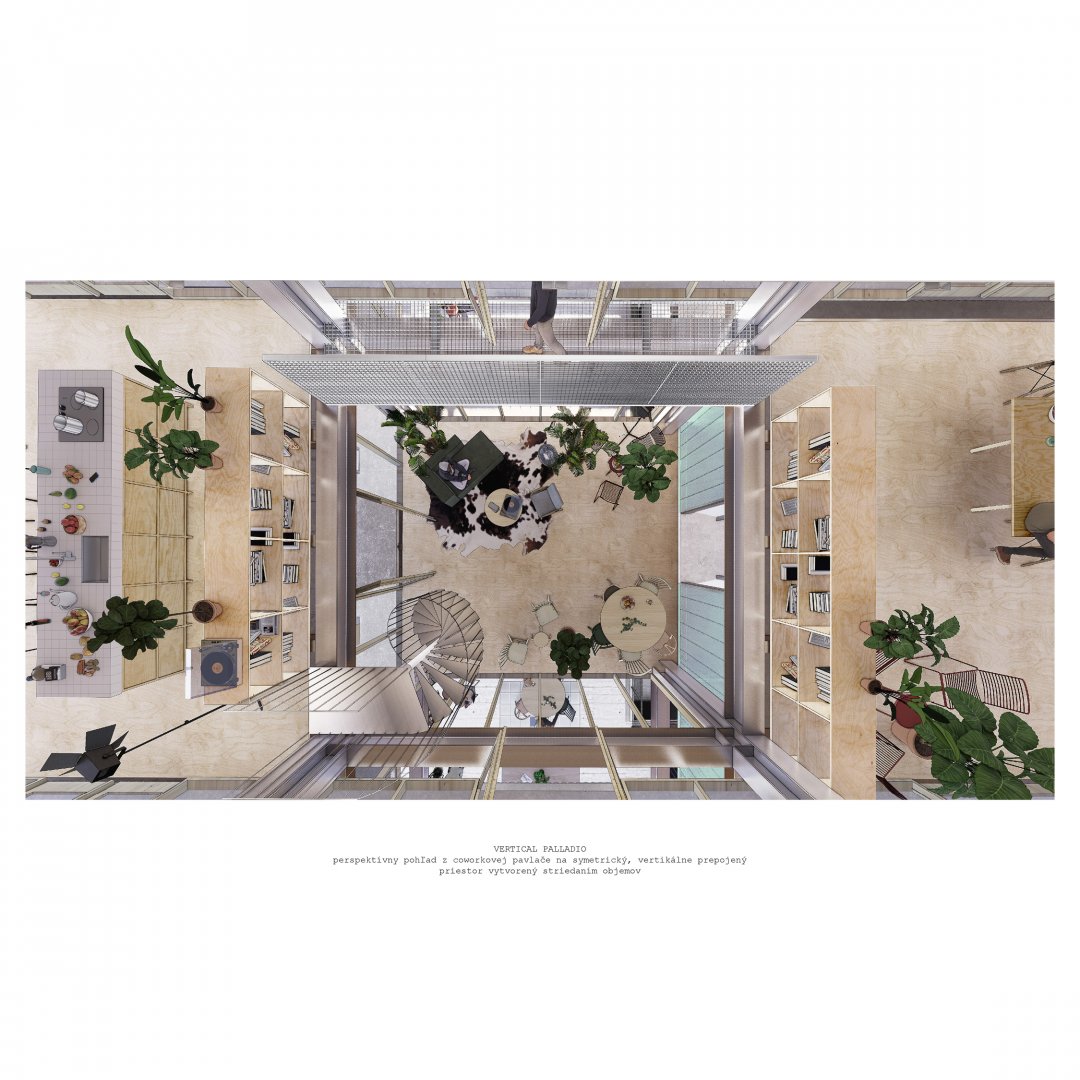 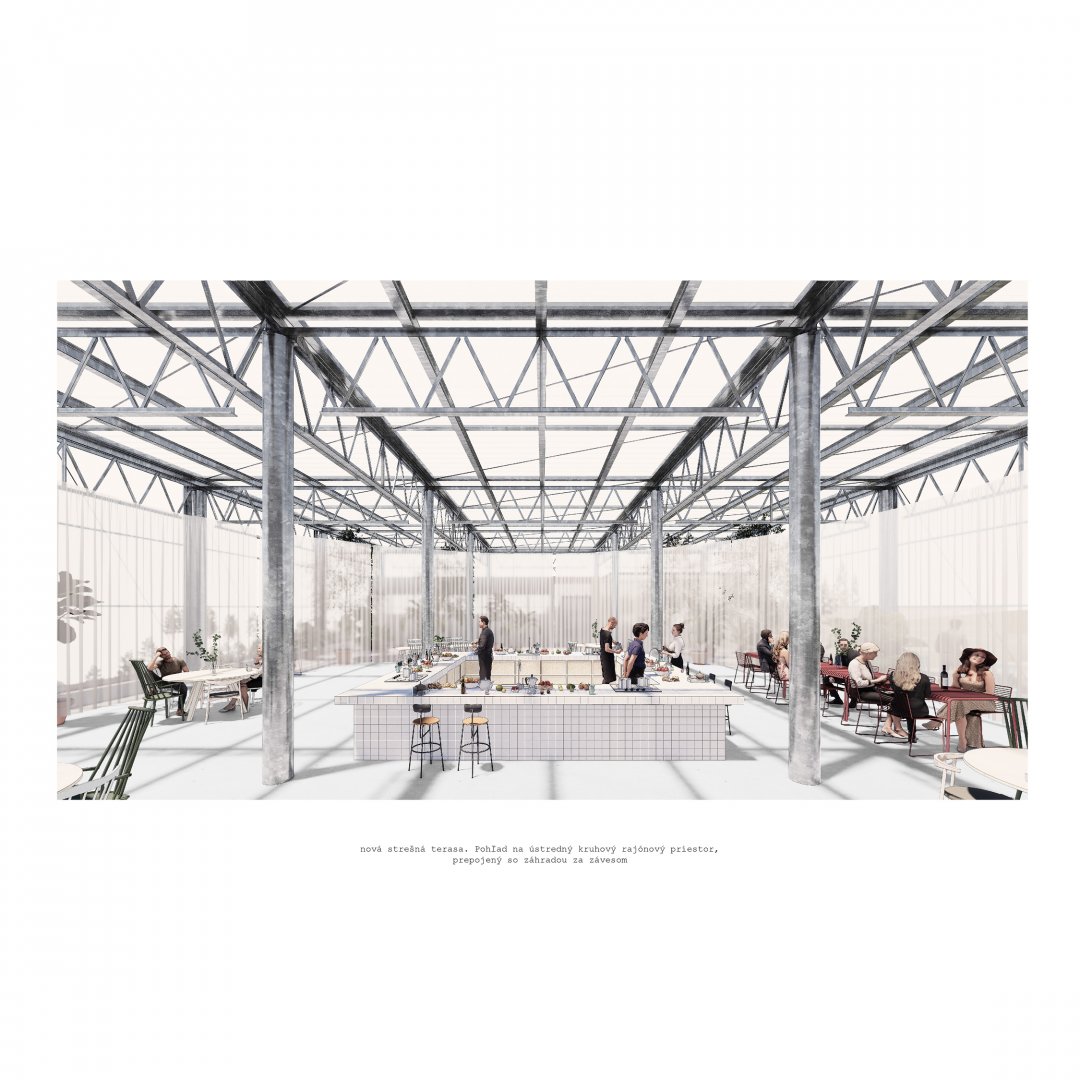 Instead, the materialization of the program in the building also generates and influences the secondary urban plan concept of vertical public space. The supply structure of the old conveyors is transformed into city streets: public arteries that run through monumental industrial buildings in their technological line, generating an urban and inclusive multifunctional public space in the building. The diploma thesis deals with the revitalization of the building and its surroundings within a broader proposal: the transformation of the industrial area of Bane Cígel into a vibrant city, even an autonomous republic, contrasting the harsh and raw industrial architecture and the natural vegetation it acts as a renaissance, as a second chance for the brownfield, as a renaissance, after the age of industrialism.