The intervention aims to propose a new use for the site of the current hospital of La Charité in St-Etienne’s old town, which will soon be relocated, according to the city’s strategy of gathering its health facilities. 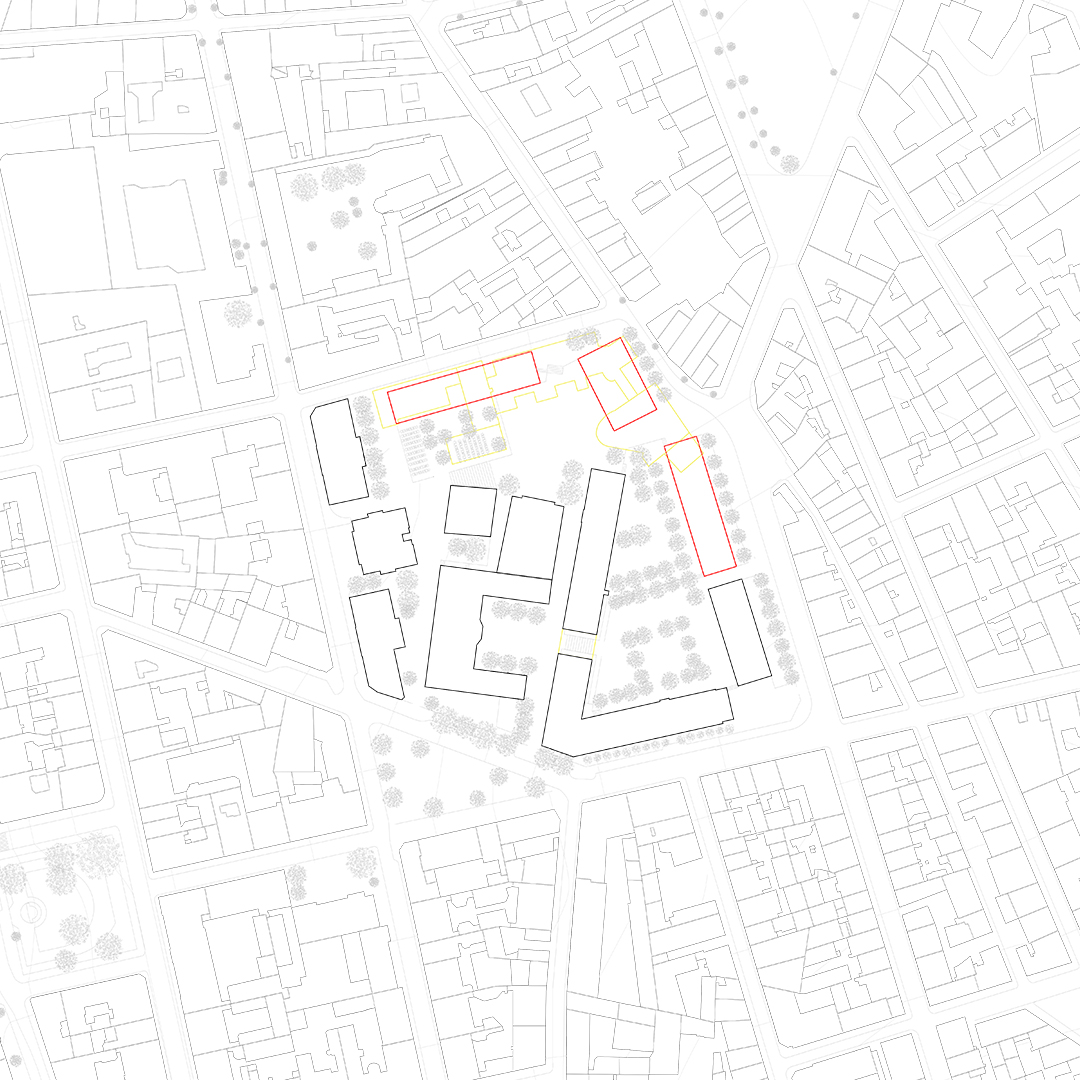 The site is characterized by the diversity of buildings that were added from the 18th Century to the late 1980s, some of them being part of the city heritage.
The project brings together different programs, such as a school campus, a music school, a sport hall and elderly and family housing. It aims to answer current problematics of the city; the site is redefined as a green oasis to respond to the lack of nature in the area and intends to encourage the interaction between different generations, preventing loneliness for the elderly and integrating them into the city life. Three new volumes are introduced on the north side of the site, replacing former buildings of the hospital and meant to redefine the outside spaces according to the different new programs of the site. The rest of the existing buildings are planned to be refurbished to be adapted to their new functions. The two new linear buildings are facing the streets on the north and east sides of the site, creating a new street front and protecting the block from the disturbance due to the traffic. They are used for housing and school respectively. 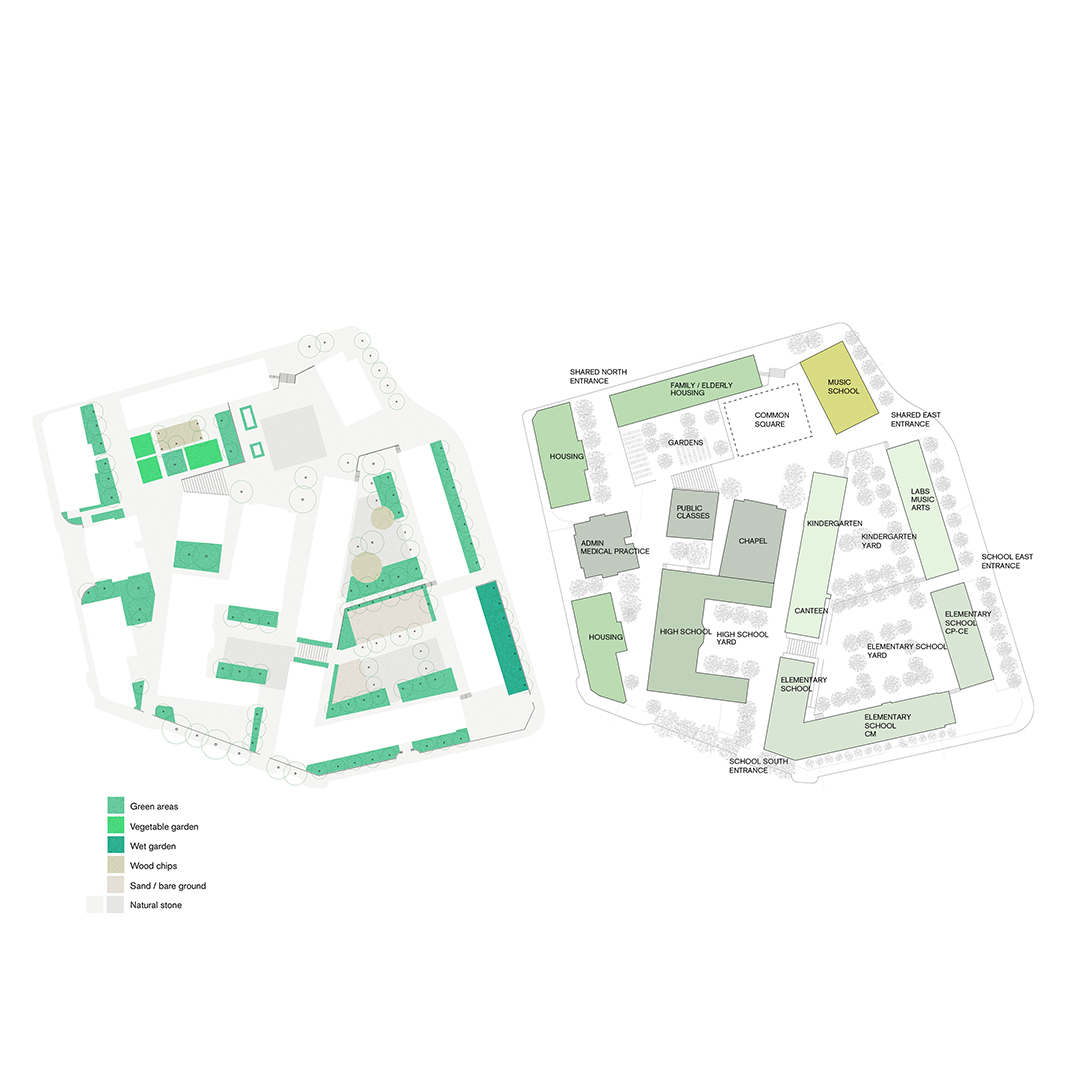 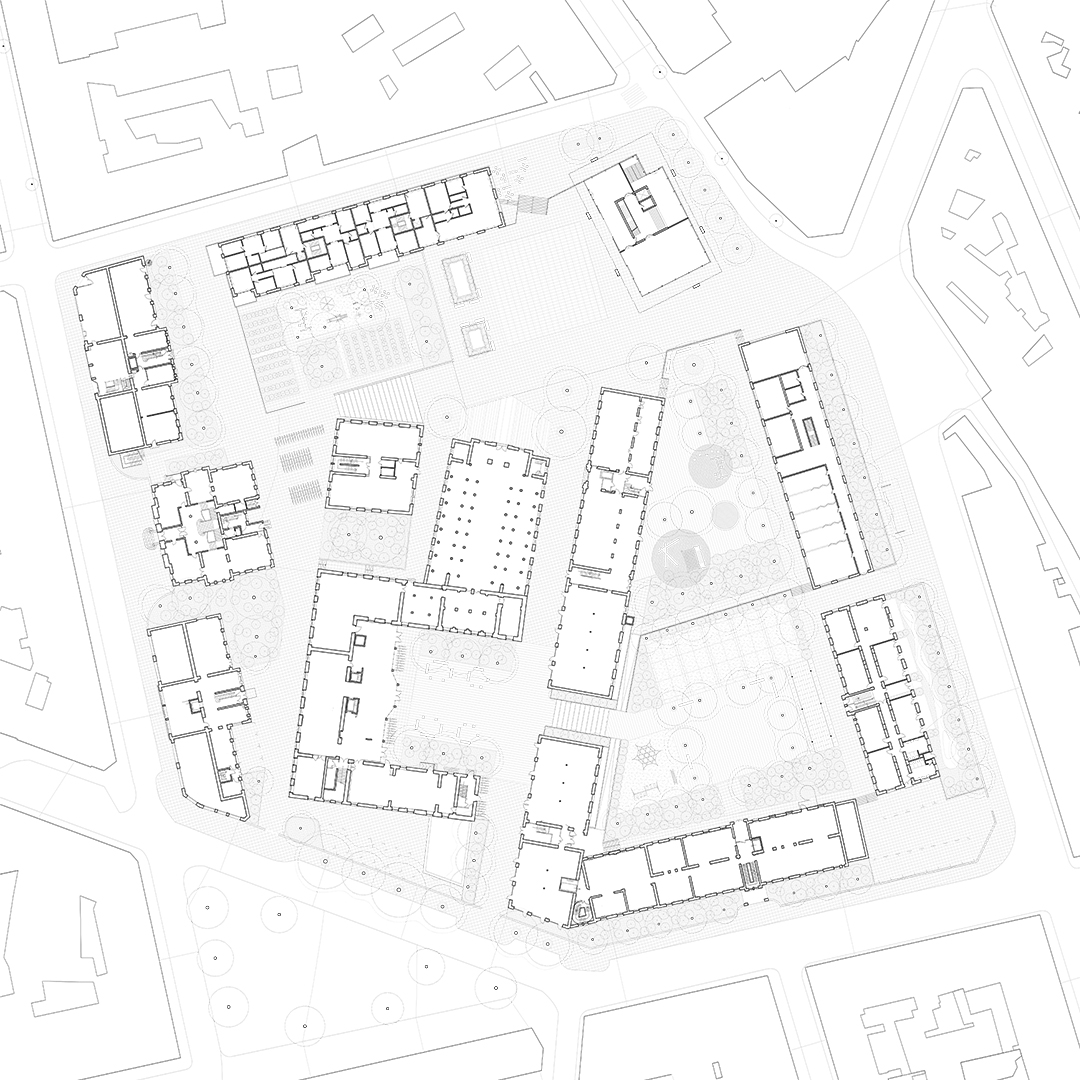 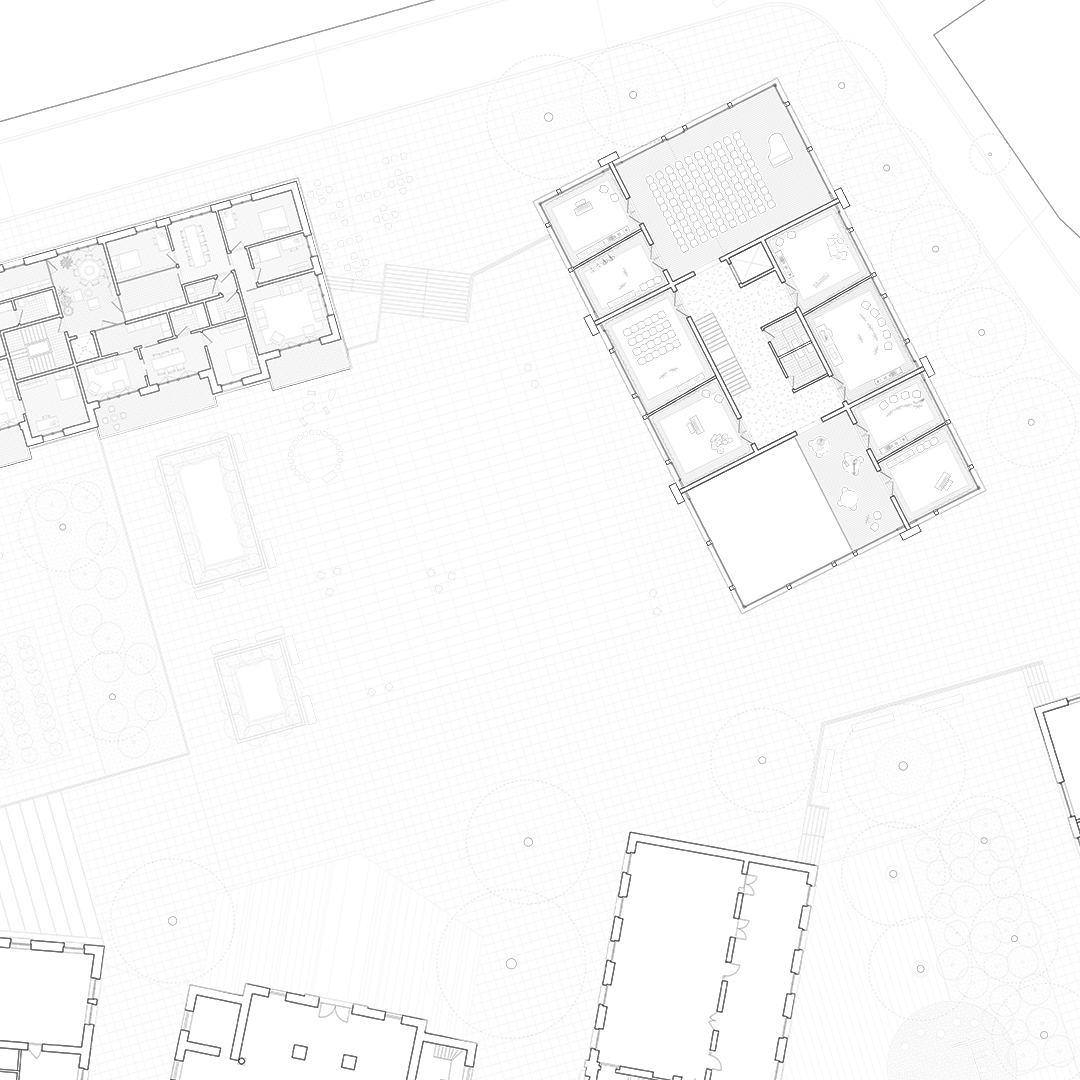 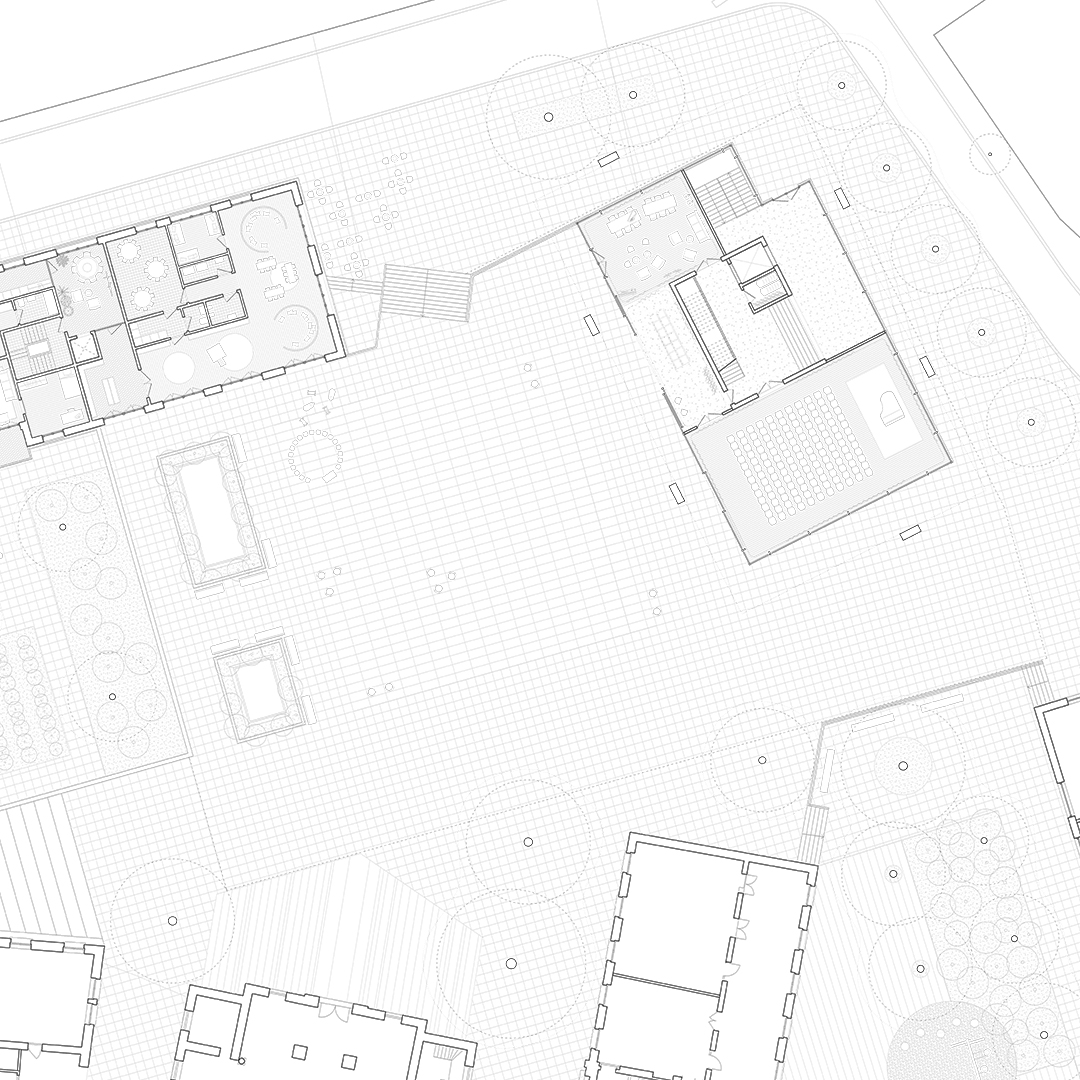 The third new building stands in the north-east corner of the site and is the link between the neighbourhood and the surrounding city. Its ground floor opens towards a common square and is usable both by the schools and the community living on the site but also as an event space for the city. The upper floors host a music school but is meant to be flexible and adapt to other public programs needed by the city. The positioning of the existing and new buildings and the topography of the site define distinctive outside spaces: the first one is a common square, which works as the focal point of the site, dialoguing with the 18th century chapel and the new community building and linking the school campus with the housing. This square is to be used for markets and neighbourhood events, which can also take place in the ground floor space of the community building. The square sits on a plinth, which hosts the schools’ sport facilities. 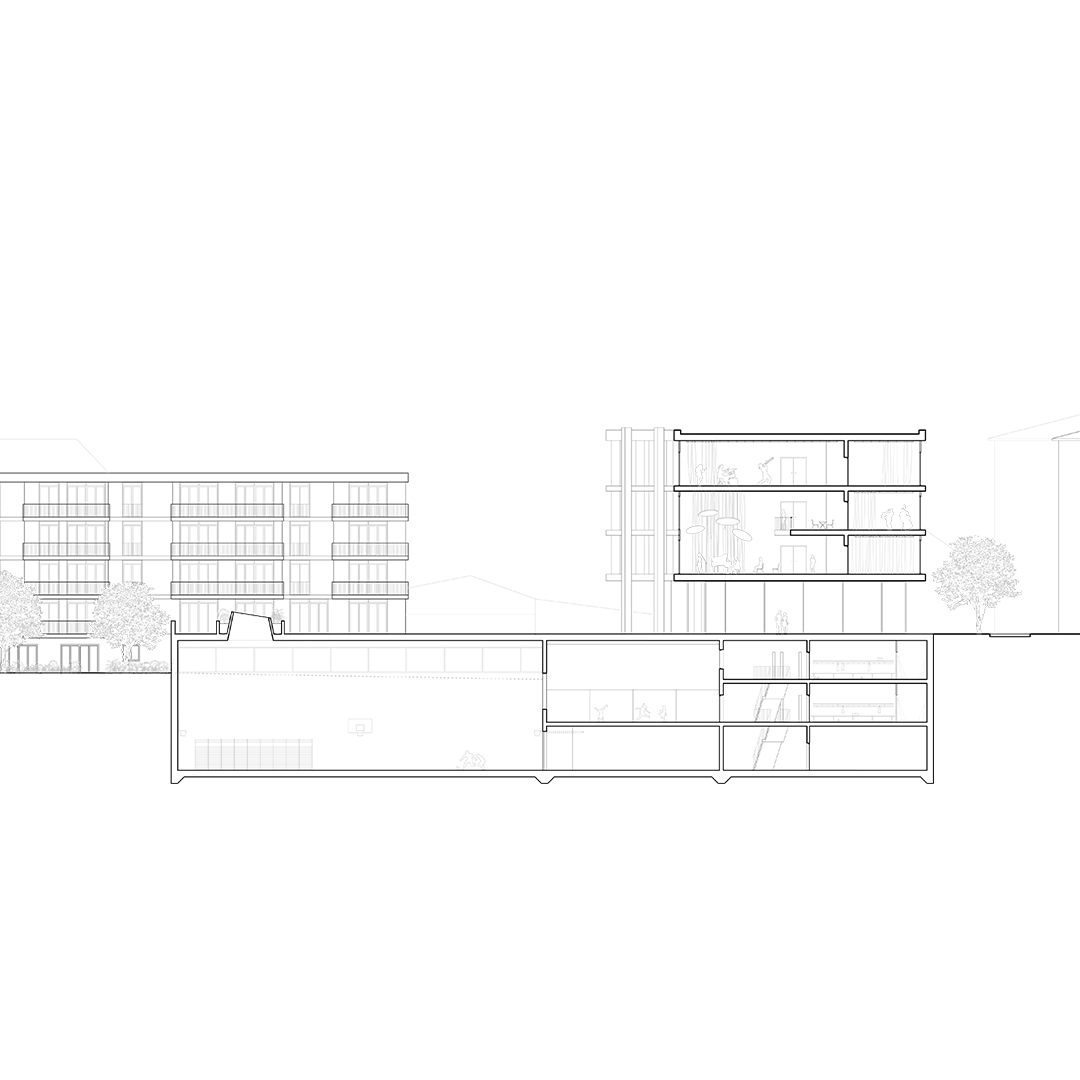 Next to the square, down the plinth, are organized community vegetable and flower gardens connected to the ground floor of the housing building, where elderly live. Gardening is both a leisure activity for families and elderly and part of the school program. The gardens are thus a way to encourage interactions between generations. The other main outside spaces are used as different schools’ yards. They allow a connection between the different age groups (kindergarten, elementary school and high school) while keeping the children safe. The proposal is critical towards the current French tendency to build schools as enclosed spaces. It proposes an alternative that allows children to move freely without being exposed to the city. 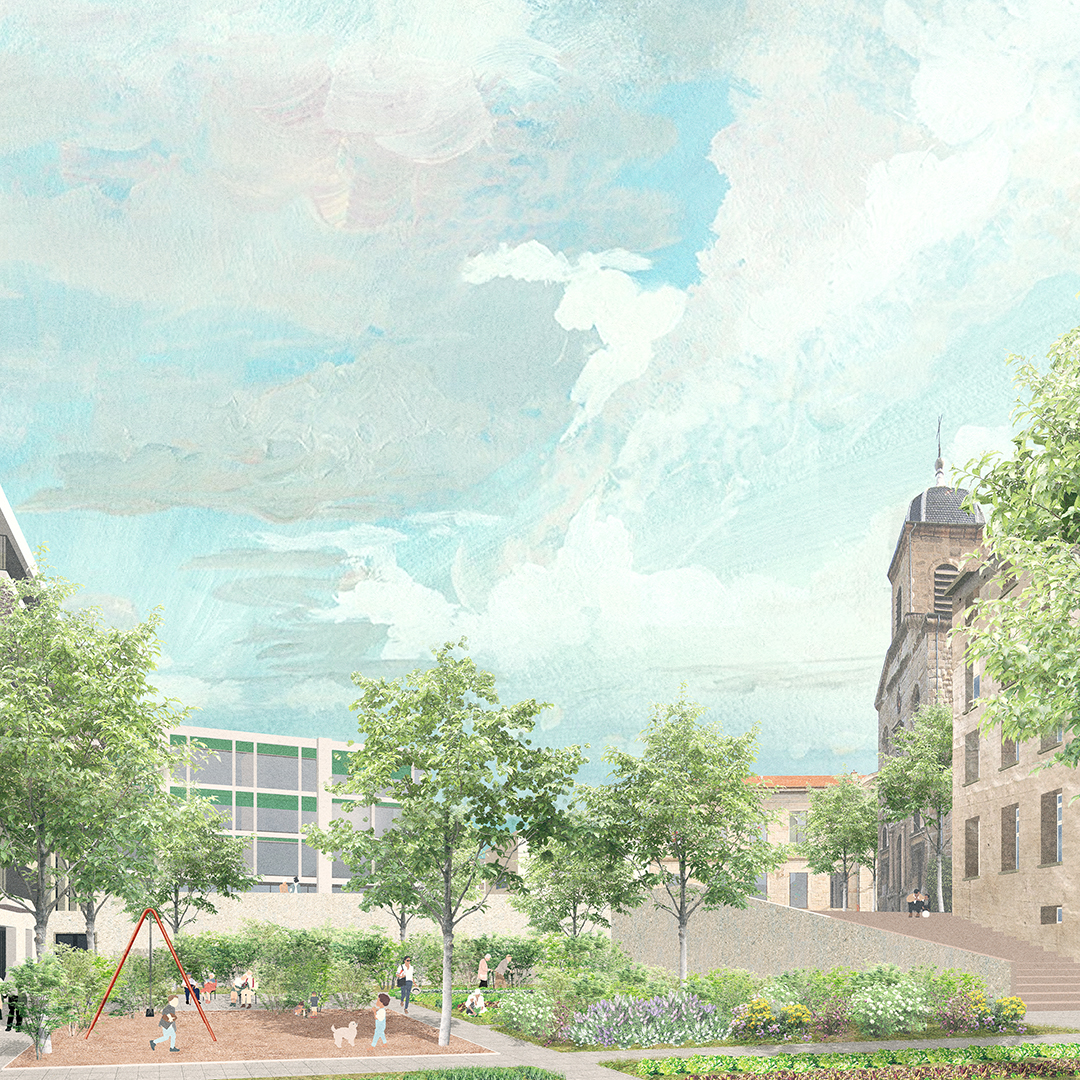 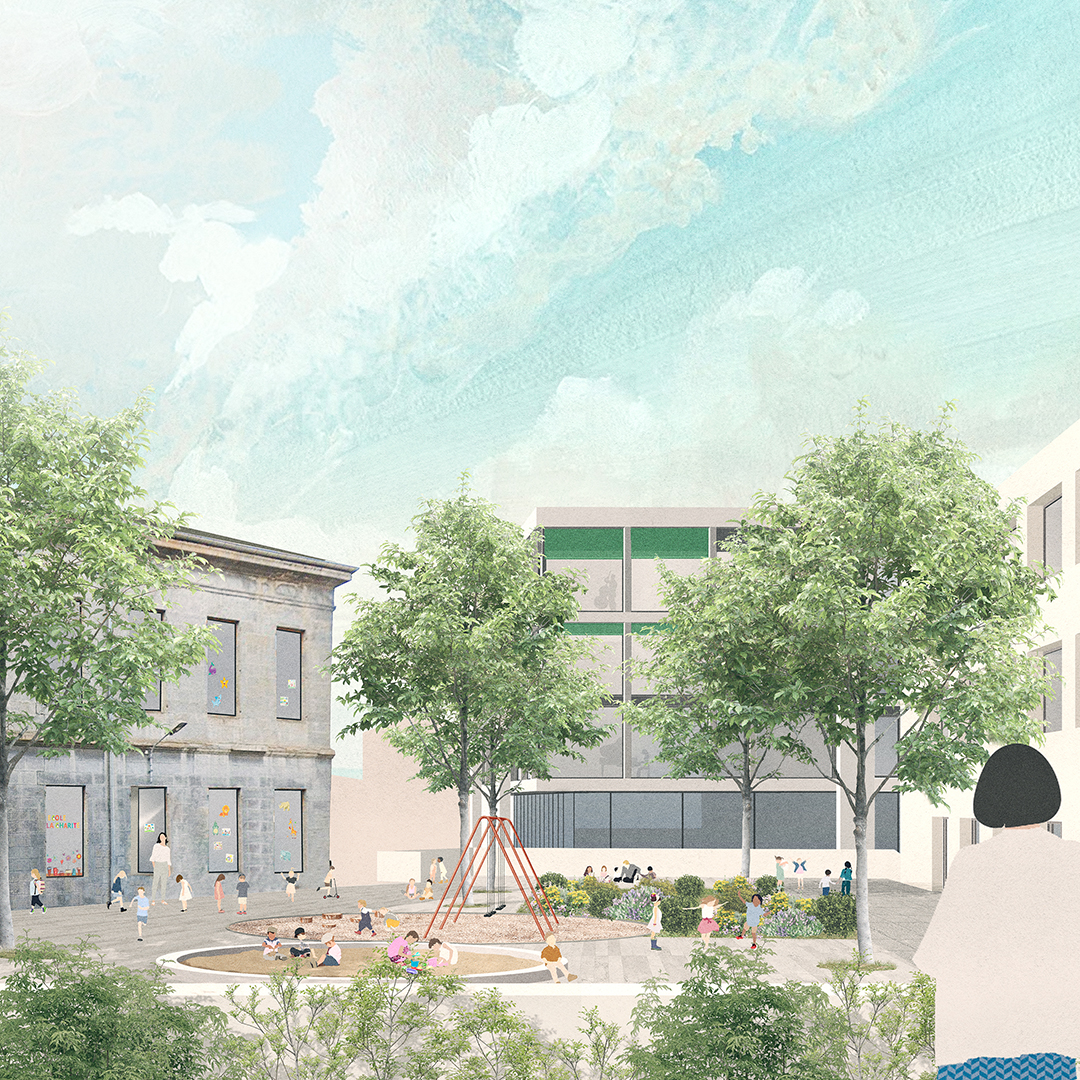 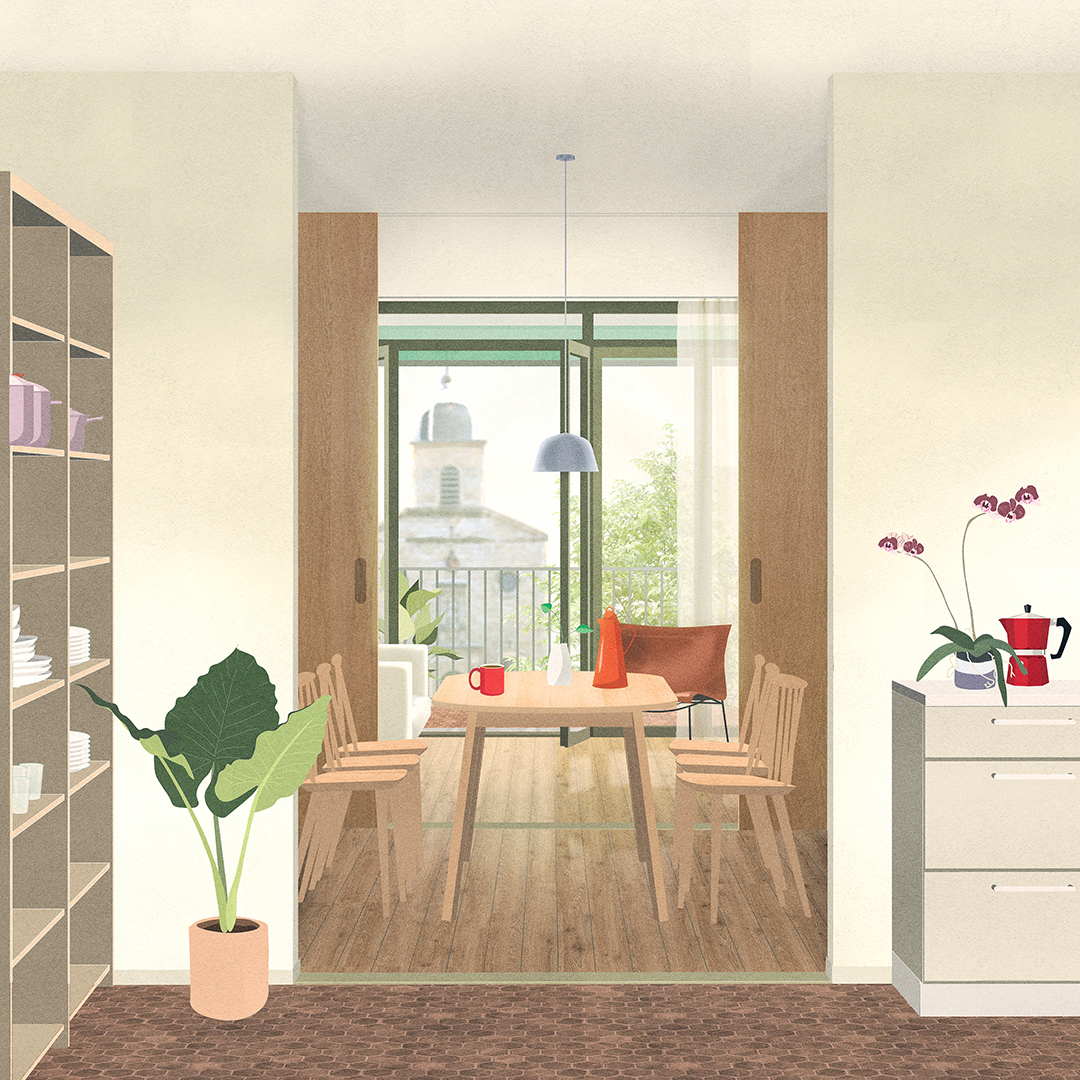 The landscaping is designed in a way to improve the quality of life in the area, The site is covered with natural-stone tiles, creating different patterns according to the character of the spaces. It creates a continuity on the site and deals with the friction of its various geometries and alignments. Gardens and green areas are cut out in the stone surface to provide shade and fresh air and reintroduce nature in the urban fabric.