From an architectural point of view, a cabin is like a prototype. Centered on dreams and use, it is the most primitive and pragmatic expression of construction.

The fiction of cinema qualifies space and, through human experience, transforms it into a sensitive place. He then creates a relationship between the place and its user, connects the inner and outer experience, and in the end, links the individual to his deepest self, the child who waits in the soul of each. The use is put at the service of the place, which comes to life as much as it is carried by this removable architecture, playful but rational. The material and the shape give a strong feeling of monolithic opacity and thus suggest a primitive simplicity. 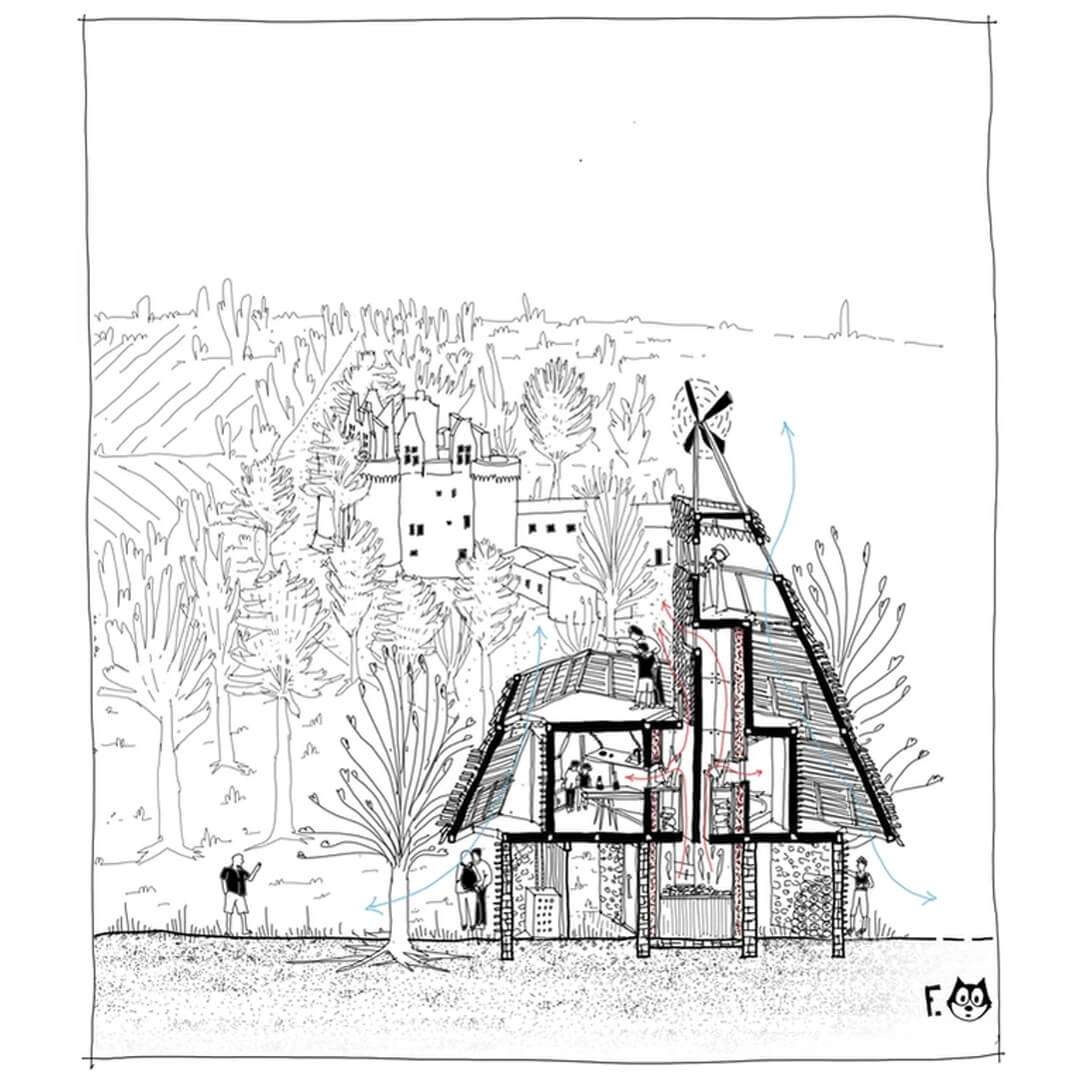 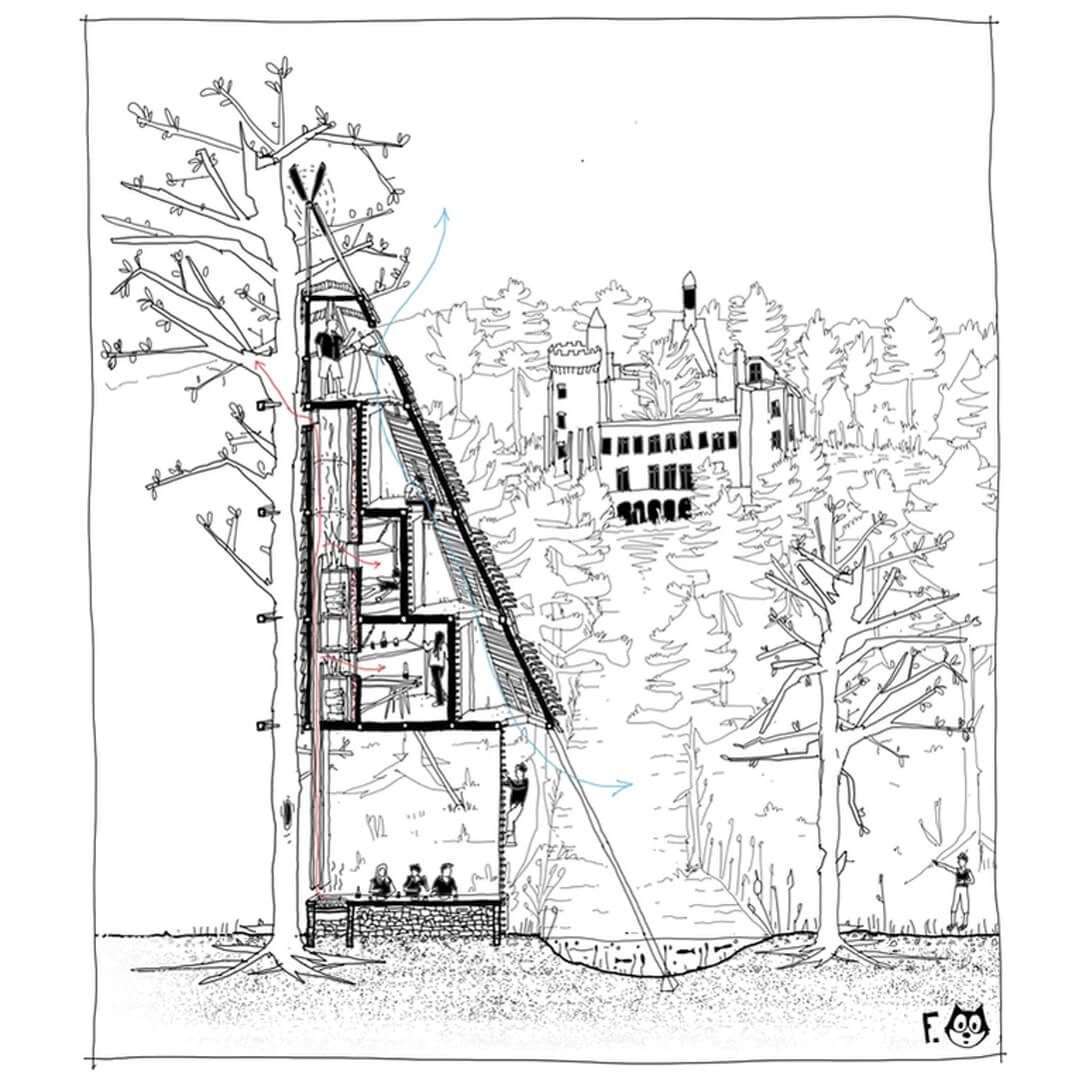 Biomorphic, the project moves away in favor of castles, real hegemonic objects of this environment. But by discovering the whole, travelers discover the extensions, pulleys and cranks that will open their minds to unexpected uses and will really integrate the passenger compartment into its environment. Inspired by fairy tales, made of wood, water or ruined castles, this environment is as much a call to contemplation as a fertile ground for the imagination of travelers. The front of the cabin features different opening systems, all of which reveal an opportunity for personal interaction with the environment.

Guided by their reverie, travelers are free to be amazed, detached or simply peek through the porosity of the retractable facade. The relationship of the project to the space and the environment is the triggering event that brings the story to life. When the facade begins to vibrate, it ceases to be a monolith and communication between the place and its inhabitants can begin. 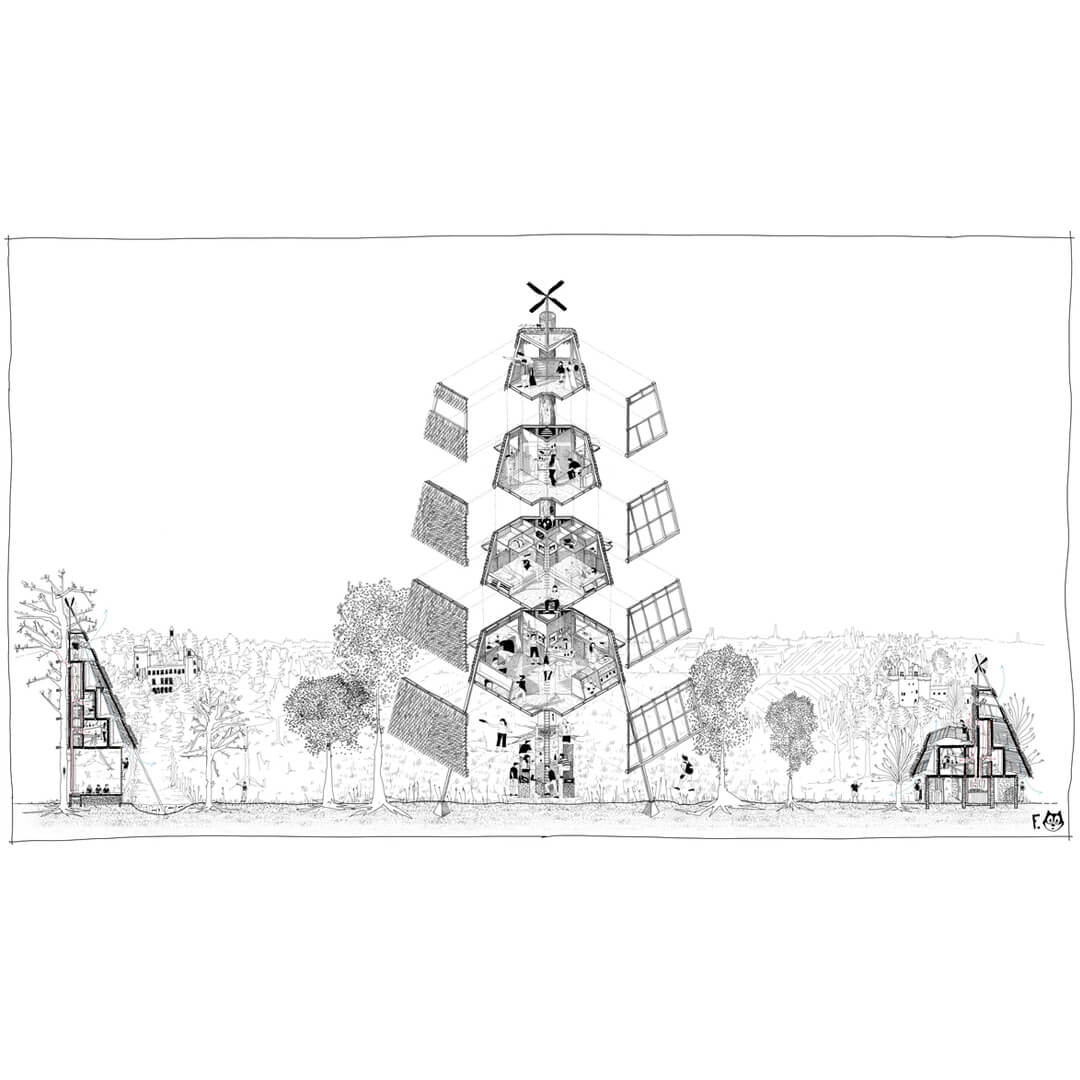 The paradox of the cabin is that it is a nomadic artefact. The existence of various sites and contexts makes the project very modular. There are series of modules for bedrooms, living rooms, saunas, gazebos, all designed to adapt according to their own rational space configurations, in strict compliance with the volumes of the program. Building a series of modules gives us access to several typologies over time. Such a principle makes the project both intelligent and frugal, savvy in resources and simplified in logistics. It also offers, for the same cost, a wide variety of possibilities that even exceed the initial demand for two spatial arrangements. This efficiency is reflected in the position of the chimneys within the modules: positioned in the middle, they become both a source of heat and a source of use.

In the end, the project revolves around three main components: a simple and primitive morphology, a rich relationship to materials and interaction opportunities that generate subtle spatial relationships without ever giving up the exemplary rational approach that has prevailed over technical, spatial and modular plans. composition.