The project’s objective is the development of planned public use on the shores of the lake, focusing on controlling the advance of the urban area in its surroundings and sensitizing the population about its relevance. 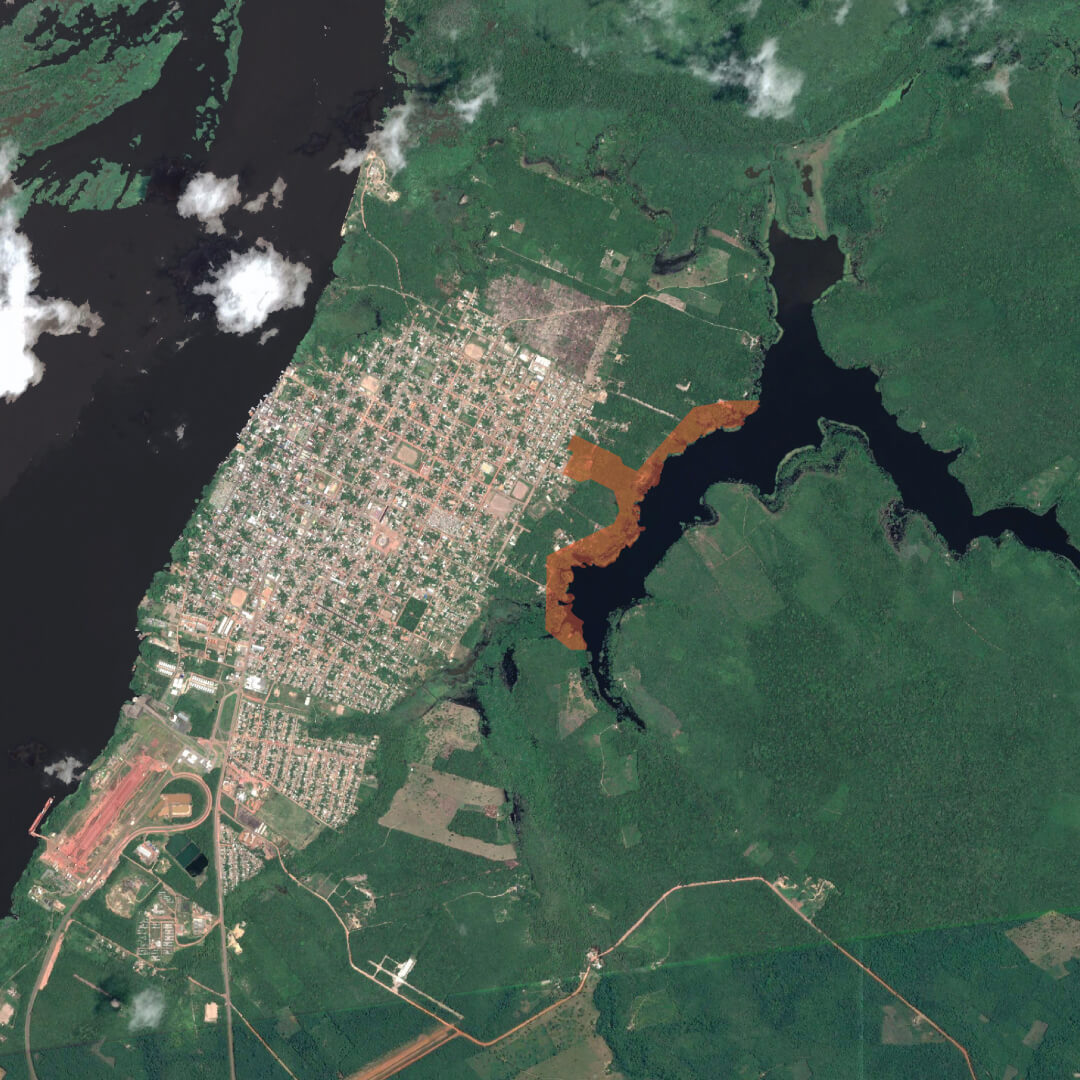 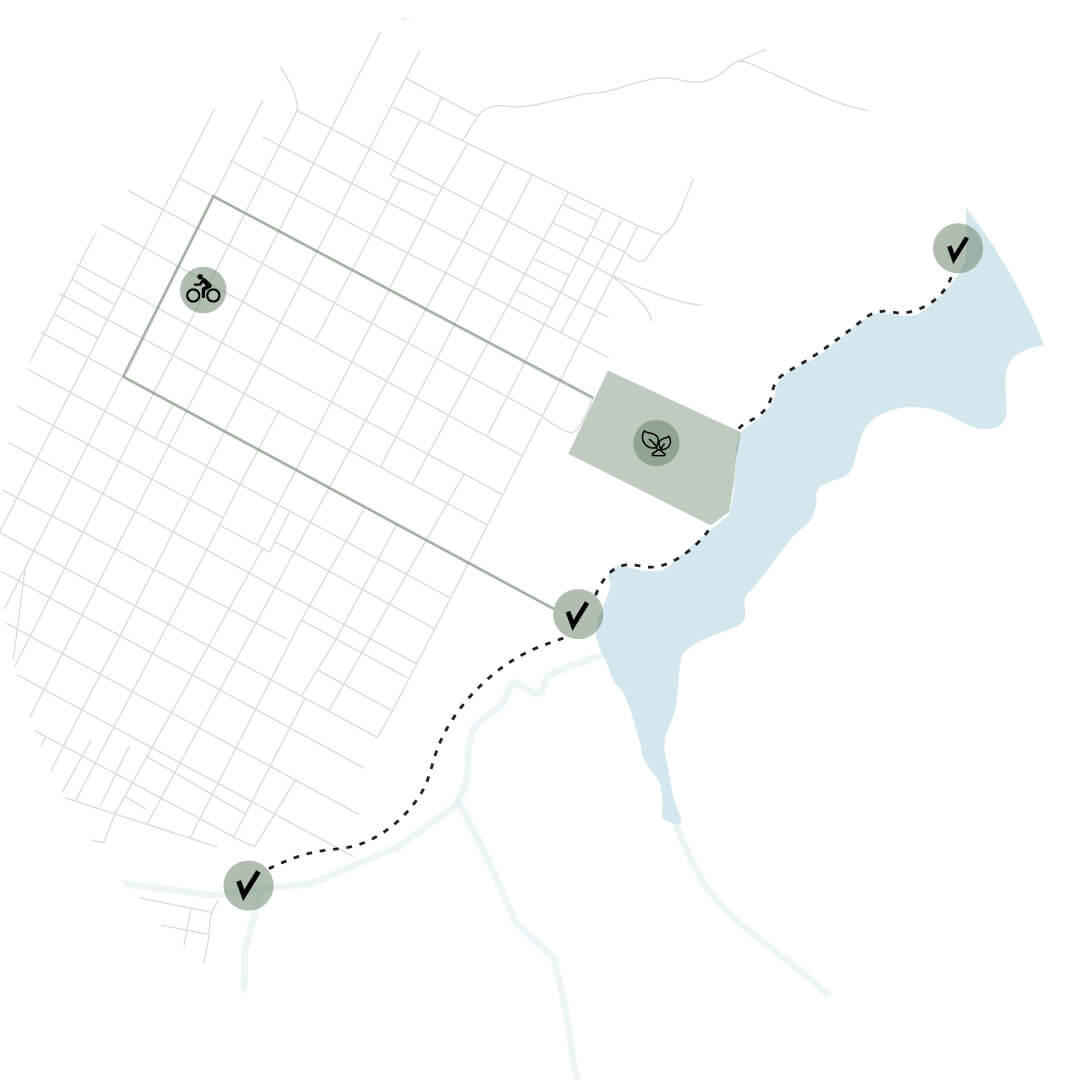 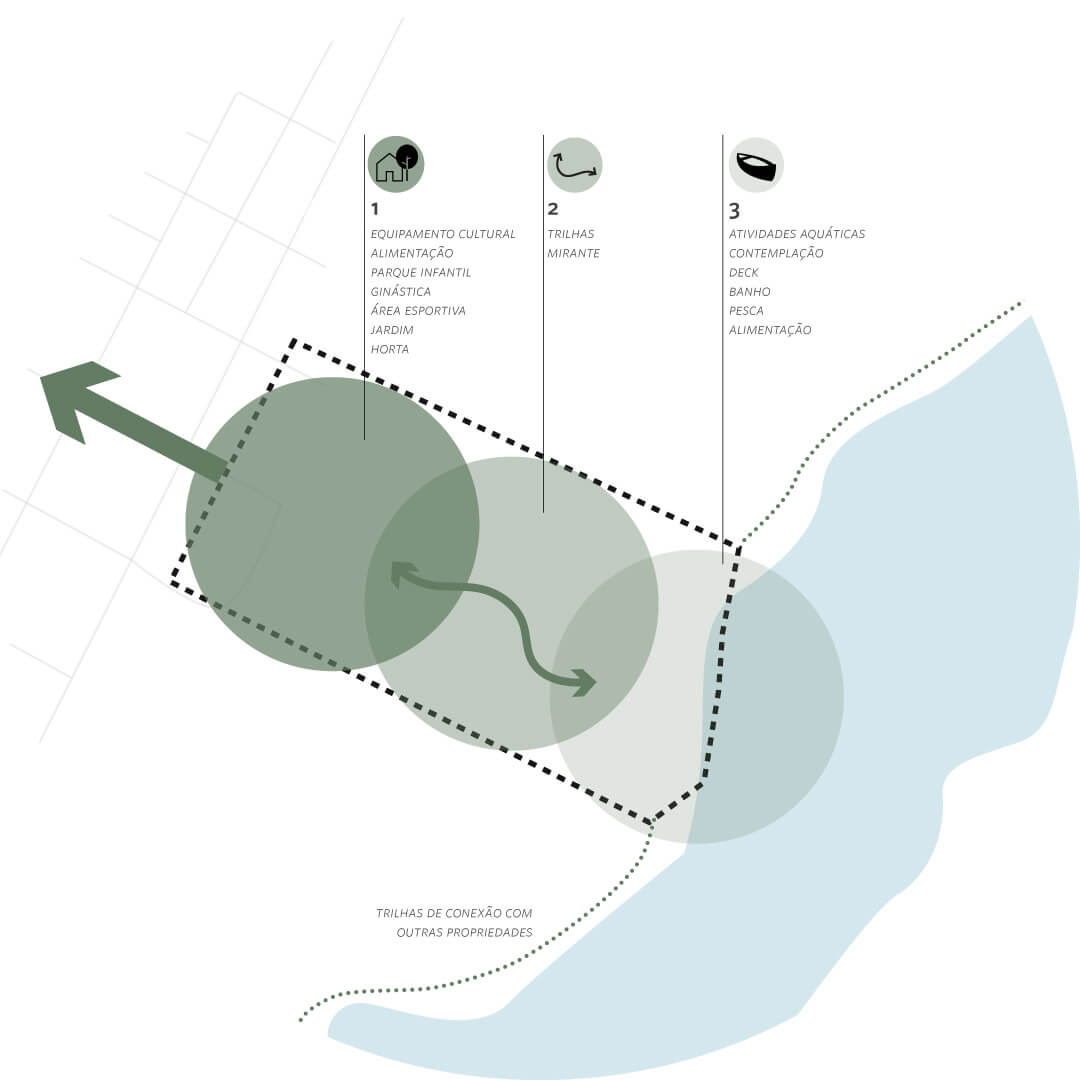 The municipality of Juruti maintains 62% of its native forests conserved, but the rapid population growth in recent years has caused constant changes in the territory that negatively affect the ecosystem of the region. In this context, Lake Jará appears as an important structuring element of the landscape and as one of the most sensitive areas in need of regulation and protection. Among the main factors that accelerate its degradation process are irregular occupations in the surroundings, the discharge of effluents “in natura” into its waters and the implementation of access roads without an adequate rainwater collection system. 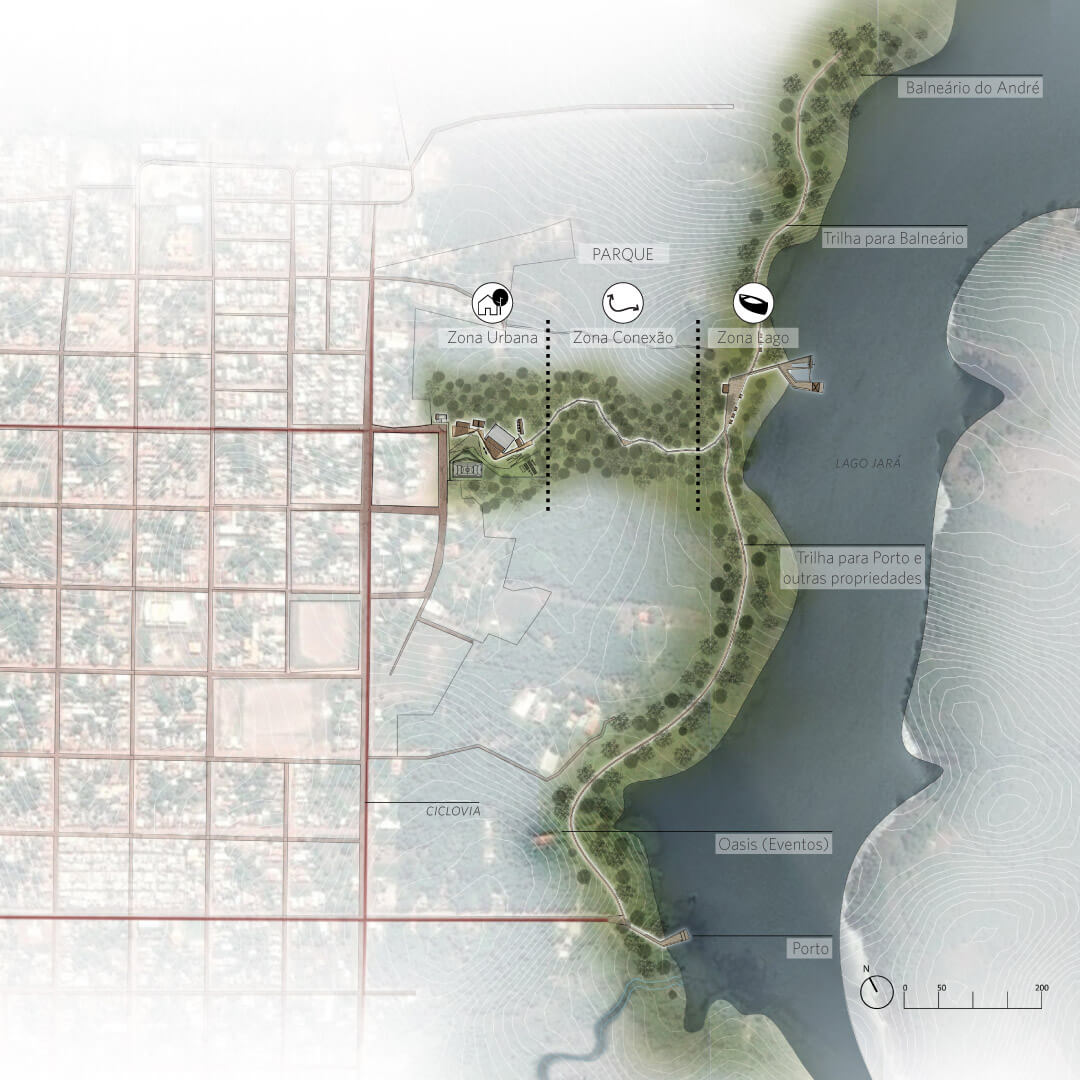 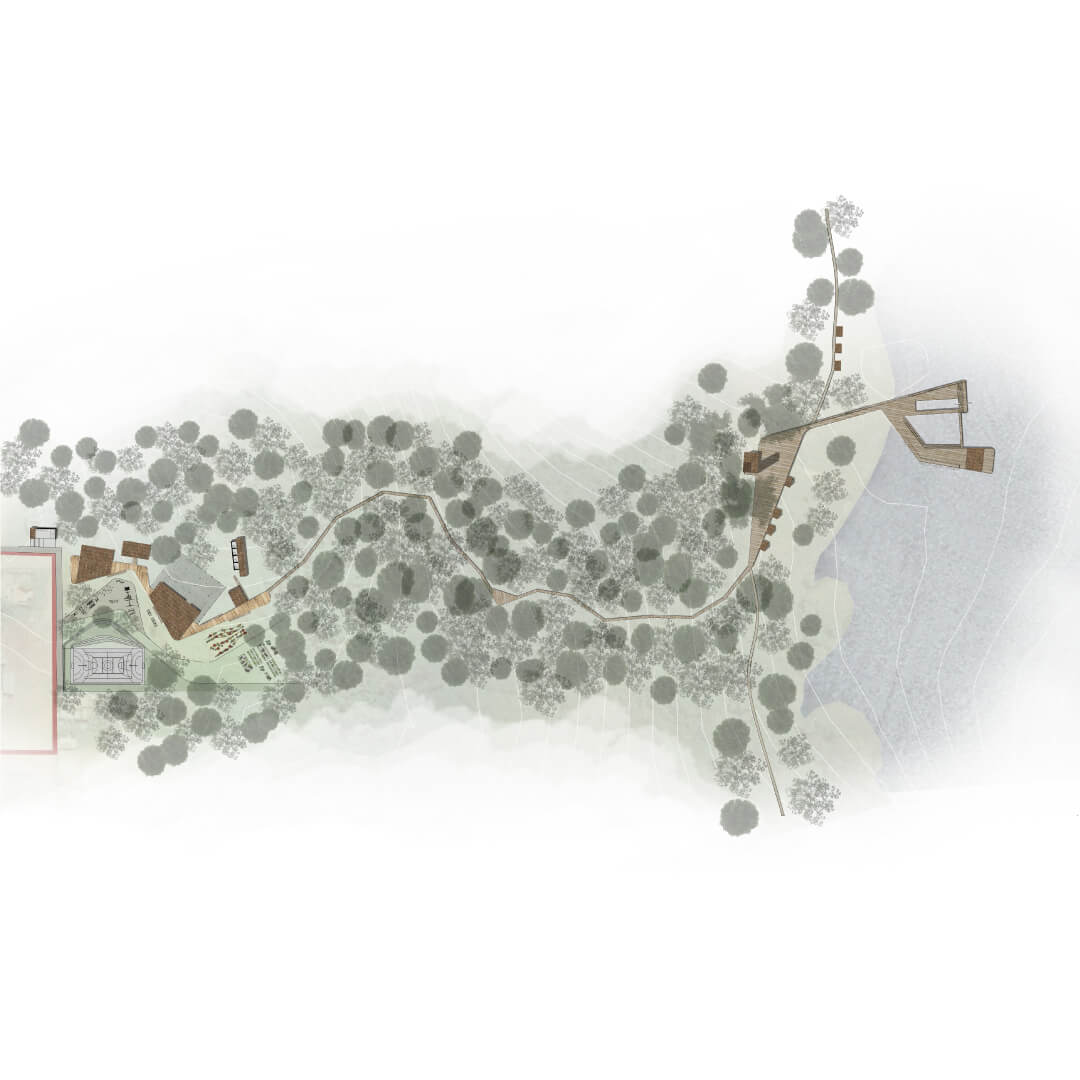 The project’s objective is the development of planned public use on the shores of the lake, focusing on controlling the advance of the urban area in its surroundings and sensitizing the population about its relevance. Including the development of activities that generate local income and promote the sustainable use of the natural resources of the region. Lake Jará and its surroundings cover an area of ​​240 hectares with enormous potential for public use for recreation and are part of the historical-cultural and natural heritage of the municipality, in addition to constituting a natural reservoir for supplying the city. Belonging to the Lower Amazon Mesoregion, Juruti has a large and preserved forest area, where the Amazon rainforest biome predominates. The planning strategy, part of the implementation of an environmental park on the City Council’s land, includes actions to promote public use in other properties that connect the areas involved, developing a window of public interest to the lake. The connection of the lake with the urban fabric is reinforced by the proposal of a bike path that creates a recreational circuit in Juruti. 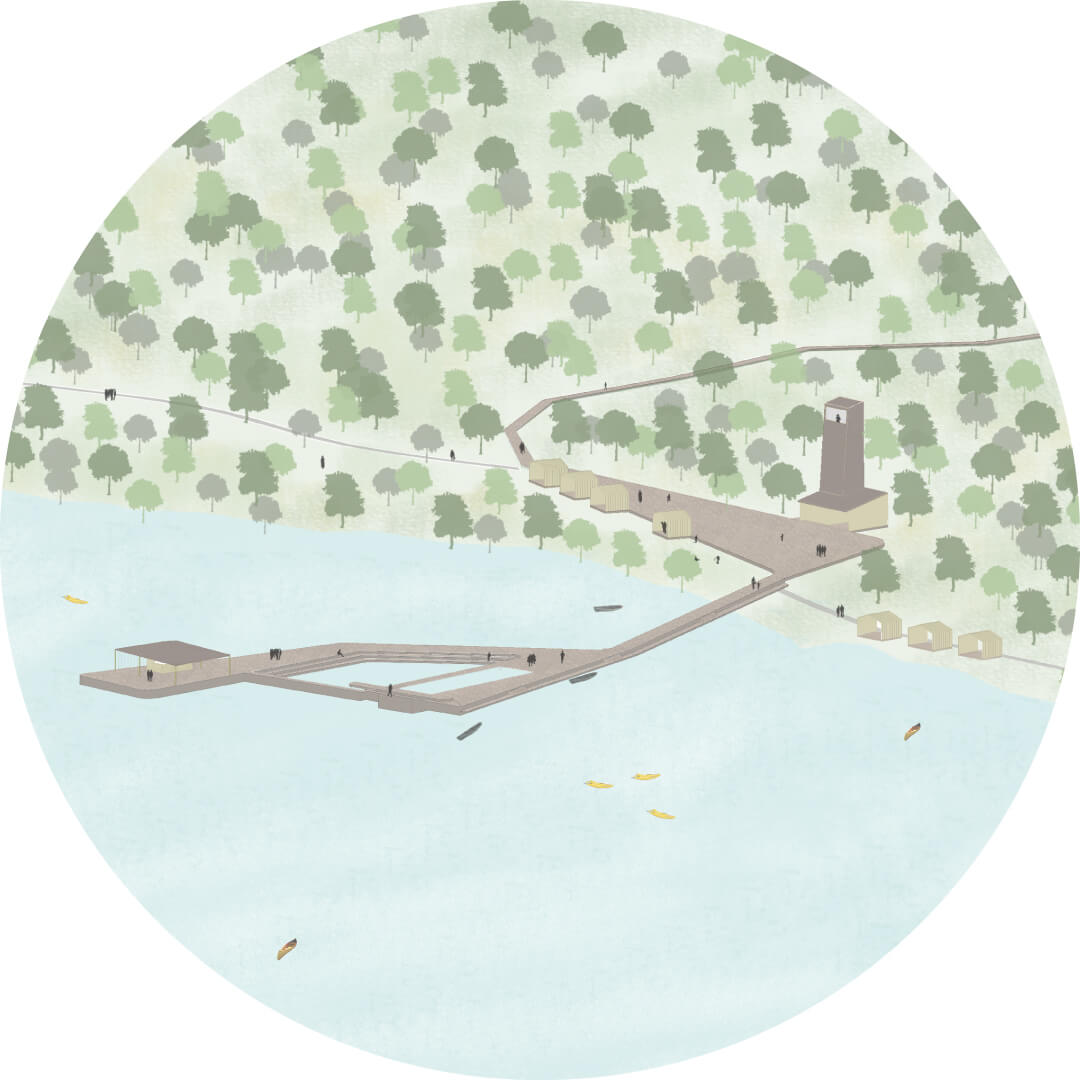 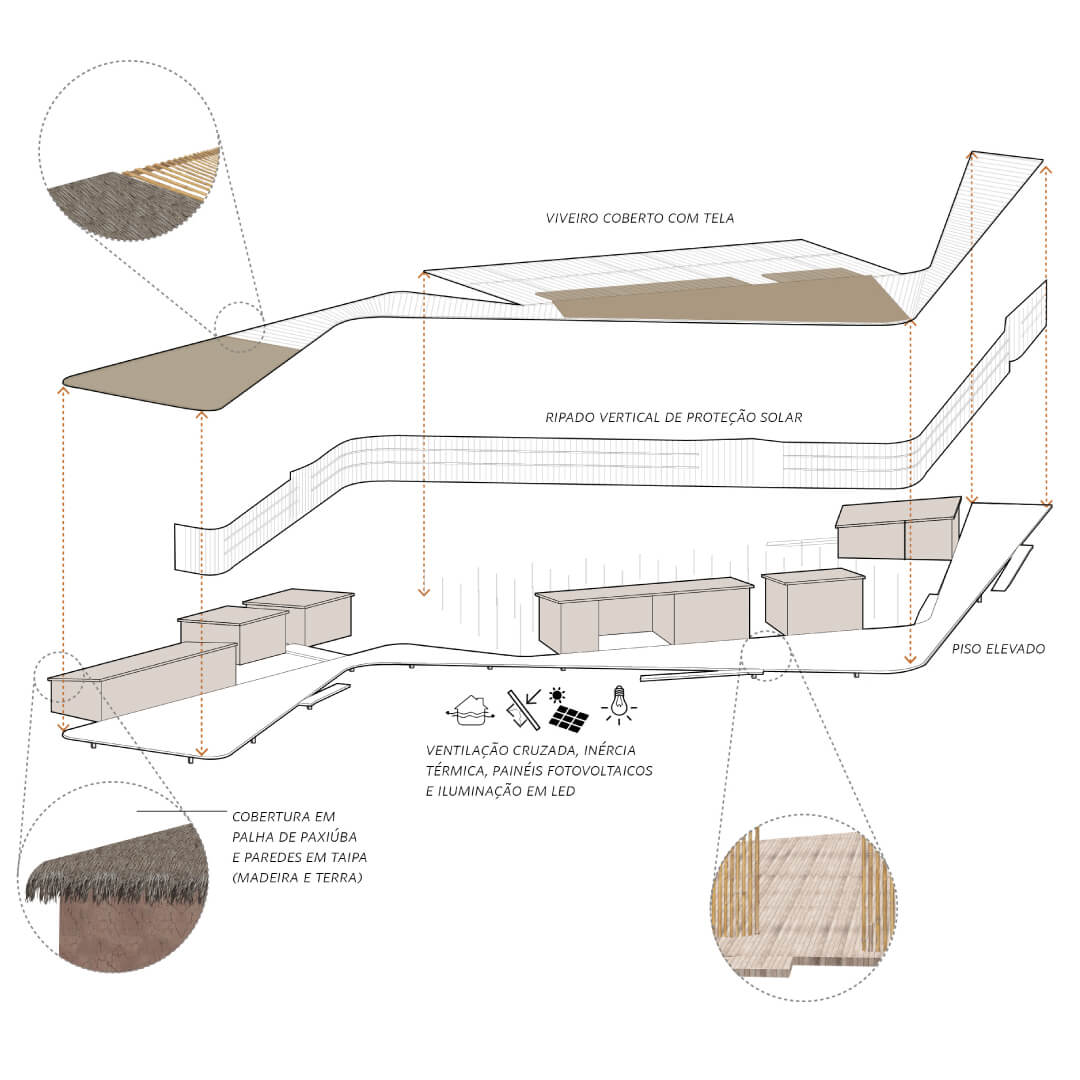 The park’s proposal is structured in three zones. The Urban Zone, which creates a space for convergence and encourages public life in the municipality, hosting socio-cultural uses and activities, supporting the lack of public spaces, recreation and tourist assistance in Juruti. For its part, the Connection Zone creates a transitional space between the zones, formed by a forest region with less anthropic interference and a proposal for contemplative uses. Finally, there is the Lake Zone, where uses related to water and ecotourism have been proposed, as well as various spaces for contemplation. The program also includes the Tourist Attention Center (CAT), Wild Animal Screening Center (CETAS), Library, Auditorium, Restrooms, Food Services, Research Support, Structuring of Trails and Viewpoints, Deck and Natural Pool. 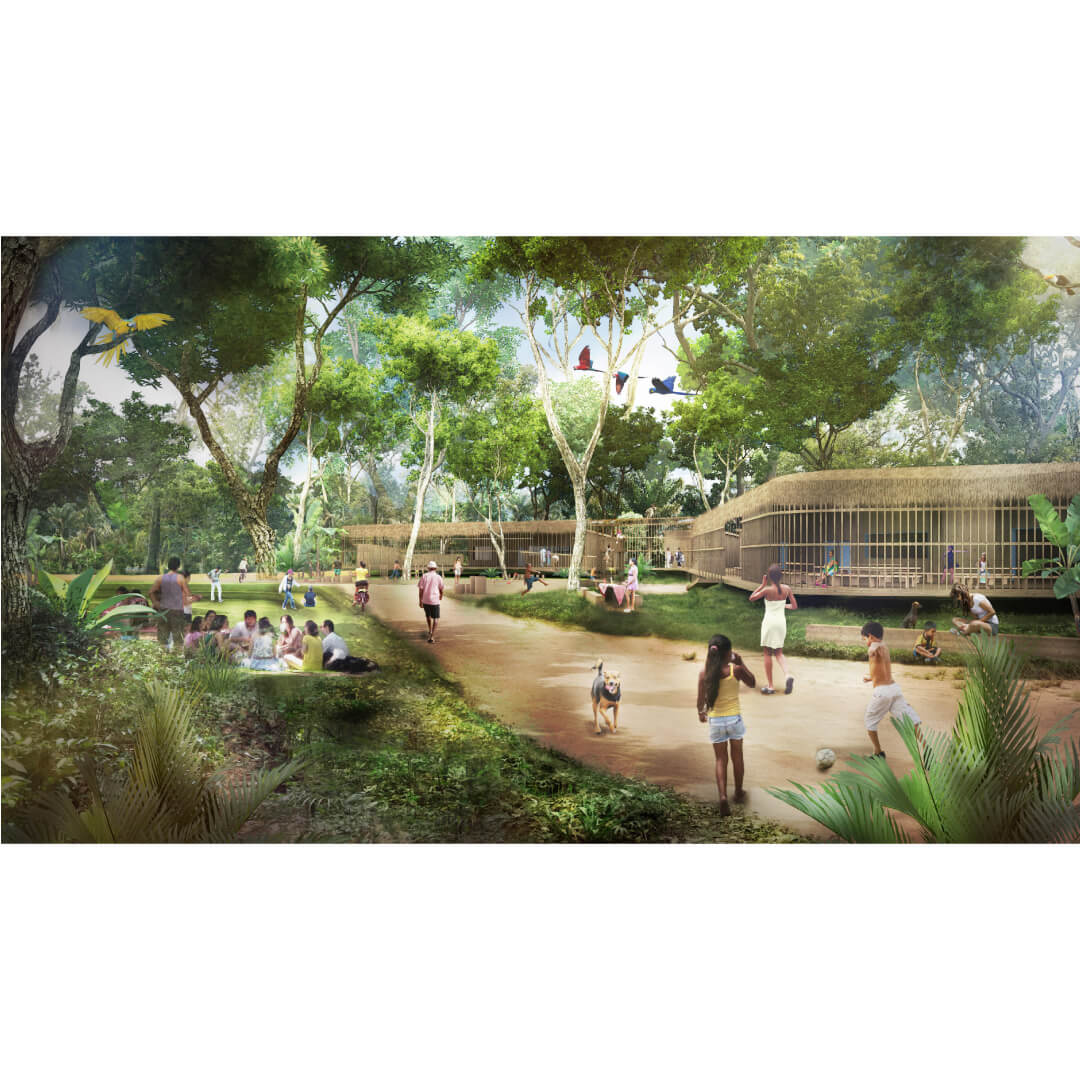 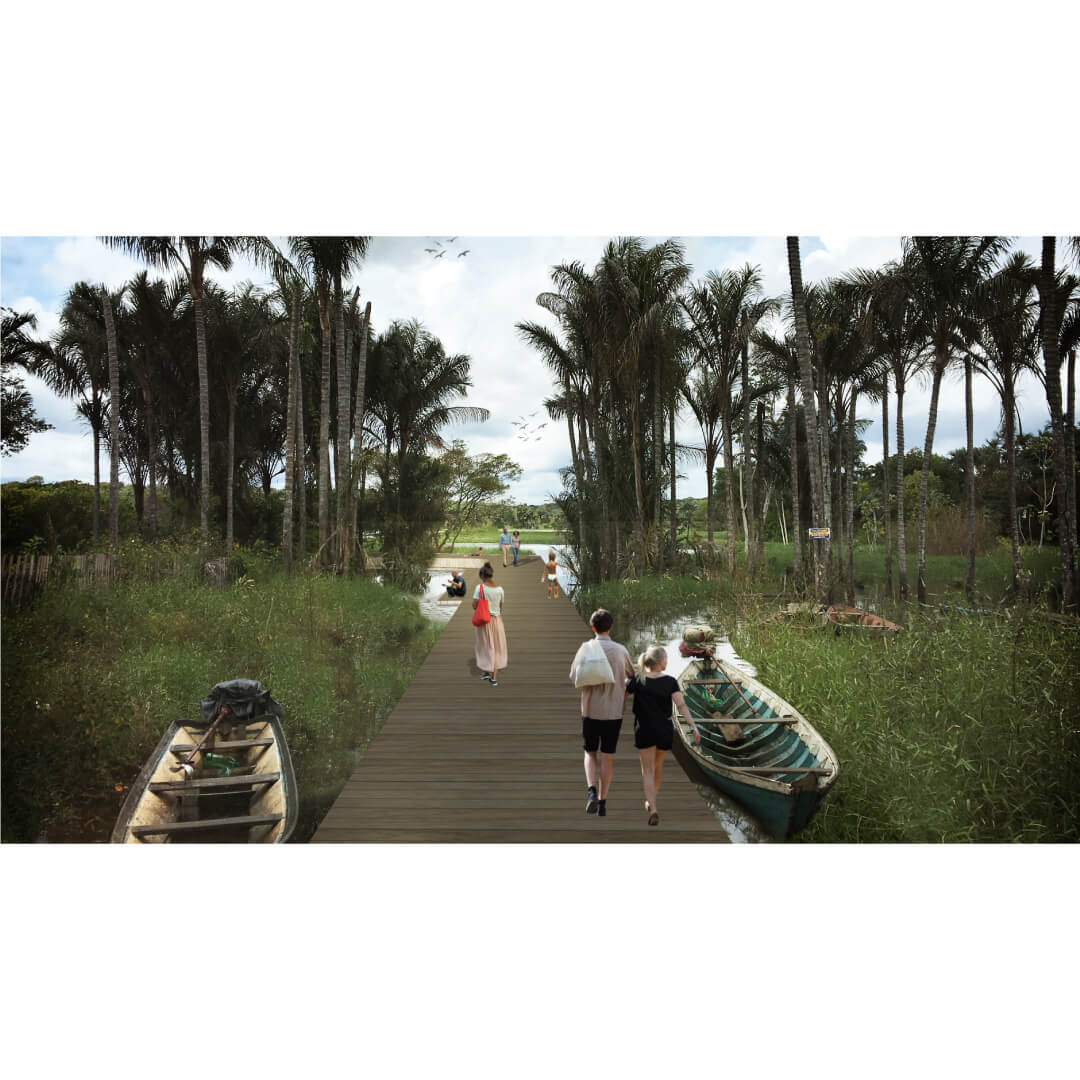 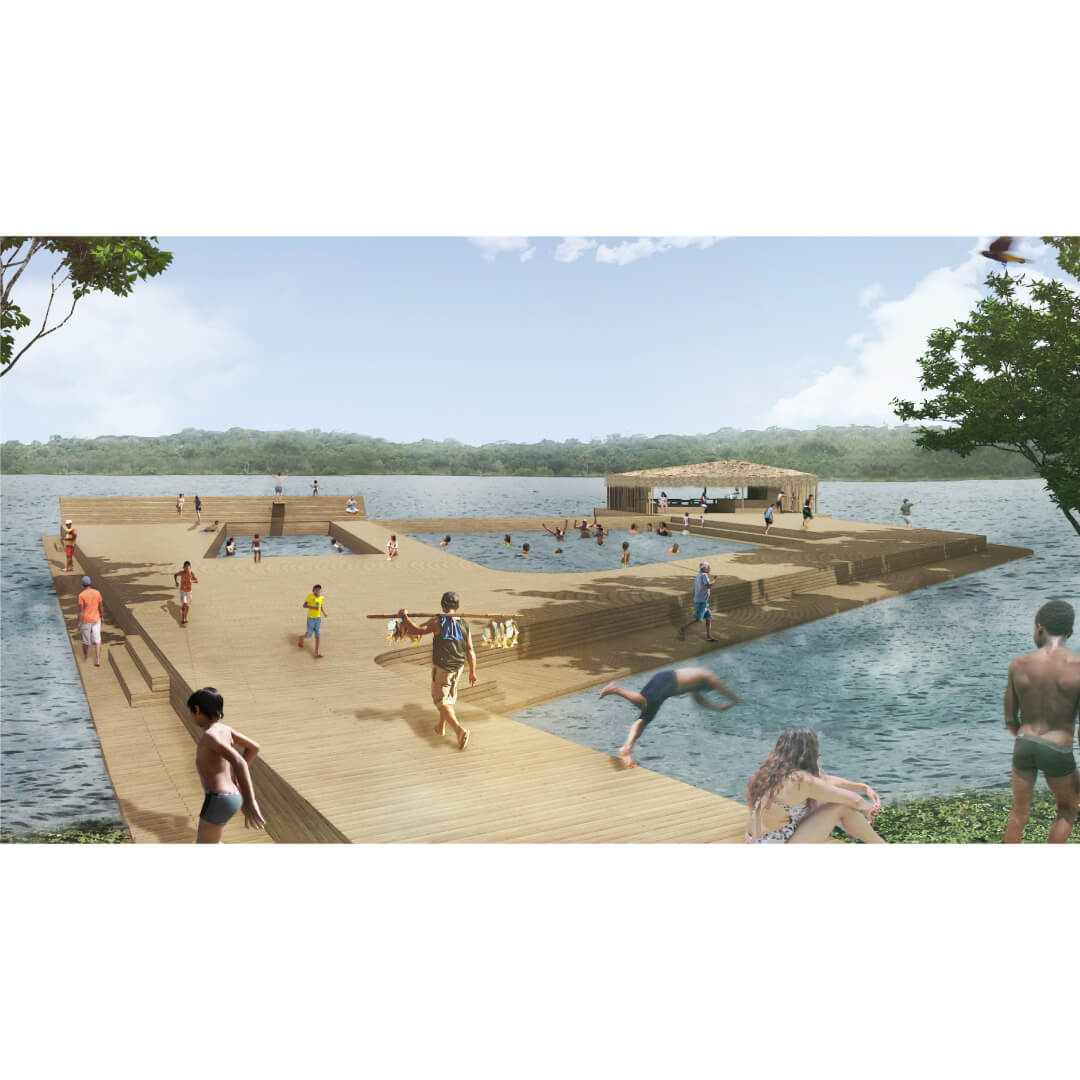 The concept of the proposed constructions incorporates elements of vernacular, indigenous and riverine architecture, seeking elements in traditional architecture and the use of local materials, traditional construction techniques, regional typologies and integrated spaces adapted to the natural environment. Modular elements made of clay are proposed, a technique widely used in the region. Permeable, recyclable and/or certified materials are used in the living spaces and open areas of the park, considering the entire life cycle of the building – including its use, maintenance and recycling. From the understanding of the determinants of thermal comfort, imposed by local climatic conditions, passive and bioclimatic strategies were prioritized, such as the use of cross ventilation and natural lighting, considering the strategies of local and traditional knowledge built throughout the history and highlighting here the presence of the Sateré-Mawé peoples in the territory.