Inhabit, sharing, playing, meditating. They are all parts of living, found in this group of houses in La Clota, Barcelona. 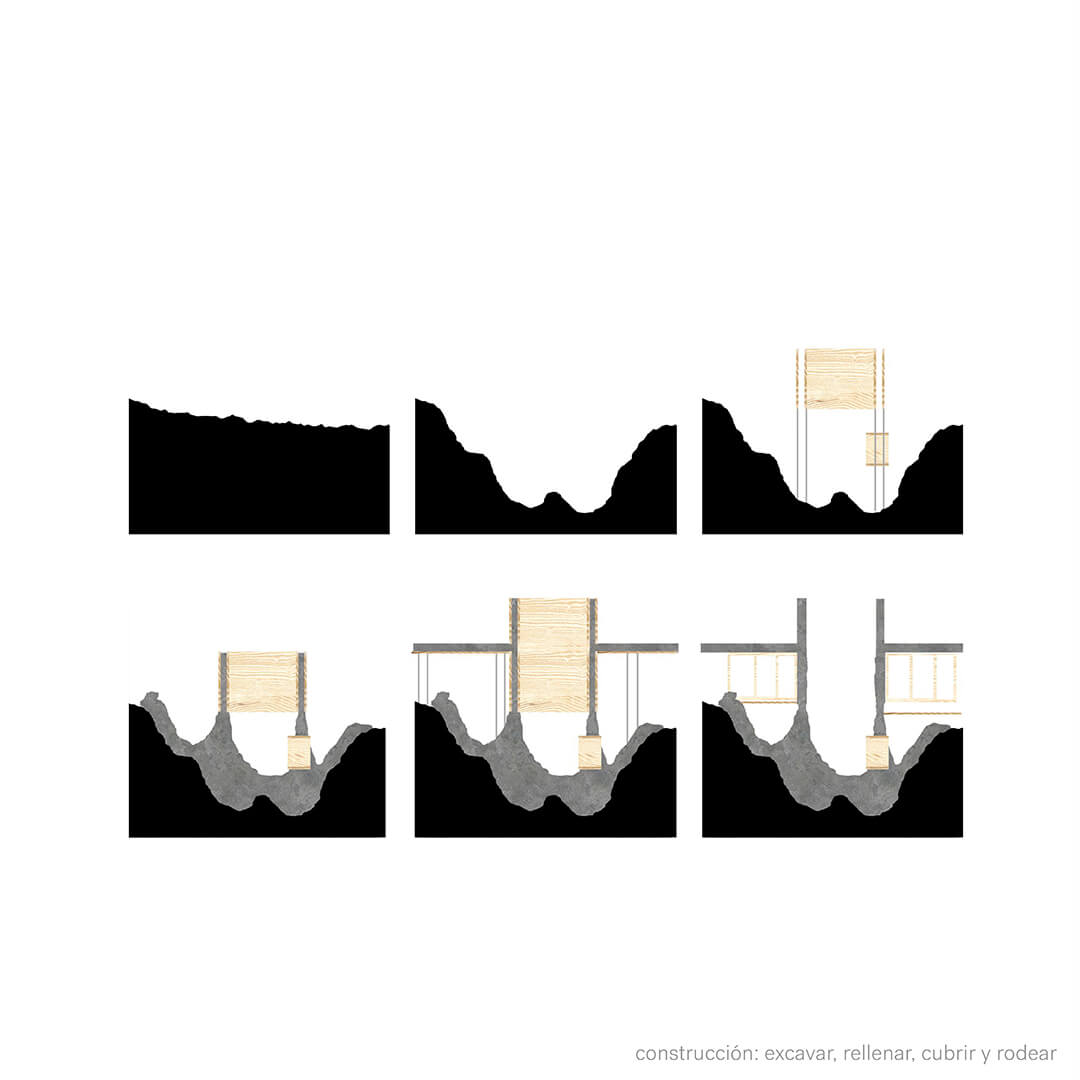 The project is born from the ground, taking root in the place, building a refuge, a hideaway of intimacy. Under ground the line disappears, and it is an amorphous covering of 40 centimeters of concrete that shapes the surface on which you move. The underground, as a playful and introspection space, is directly connected to the sky through a large well of light around which the house grows. This well, which works as a solar chimney in summer and as a water heating element to circulate it through the underground in winter, guarantees living underground. 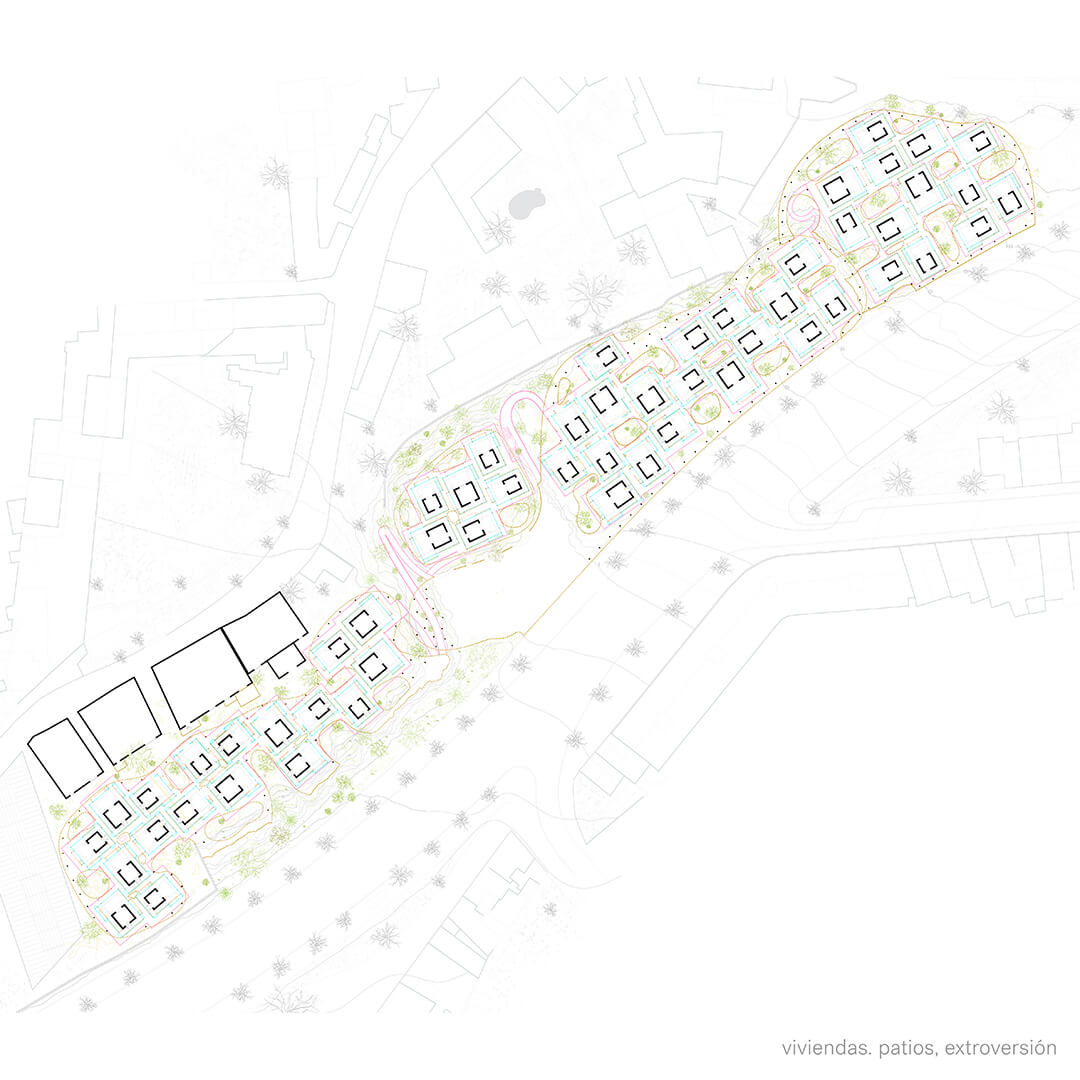 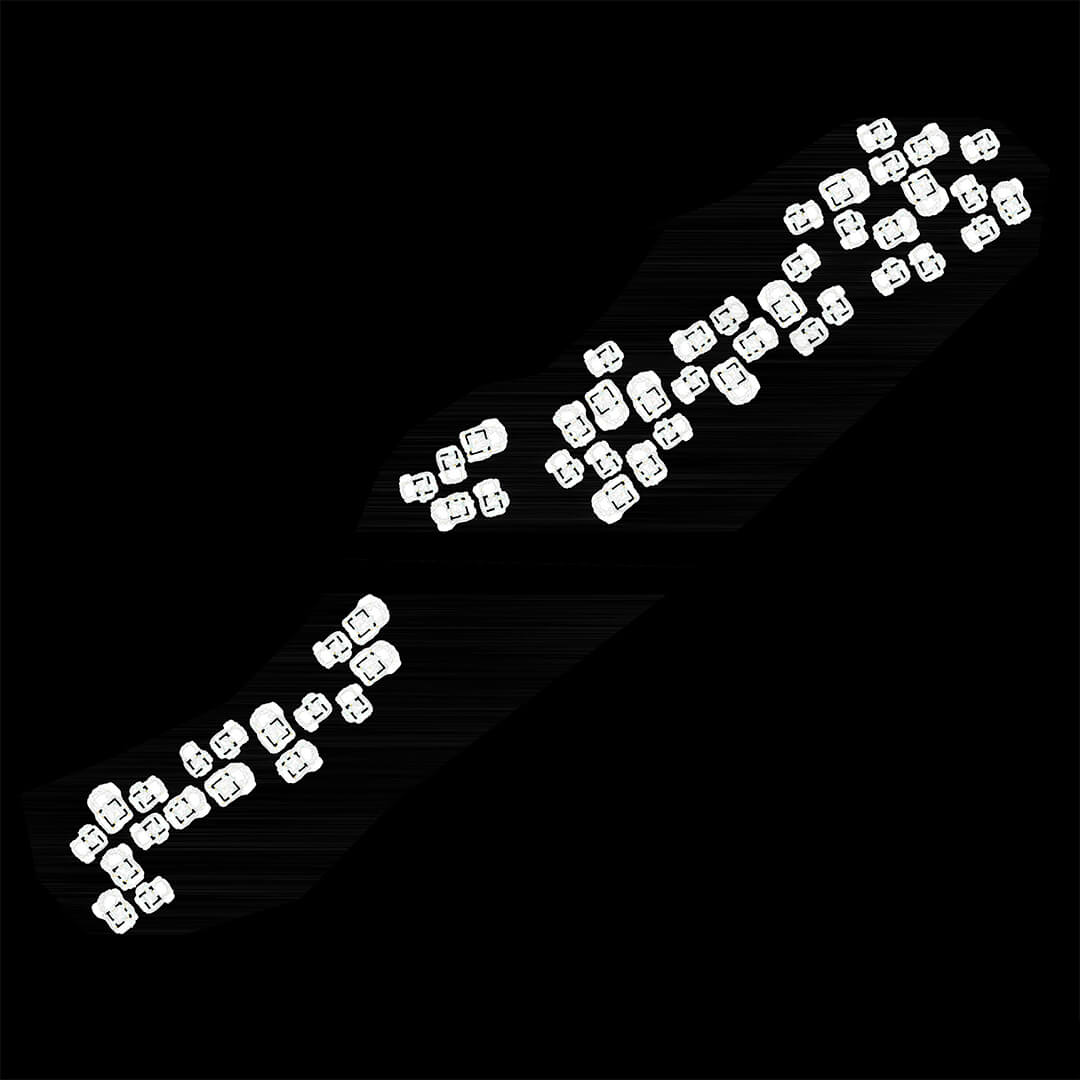 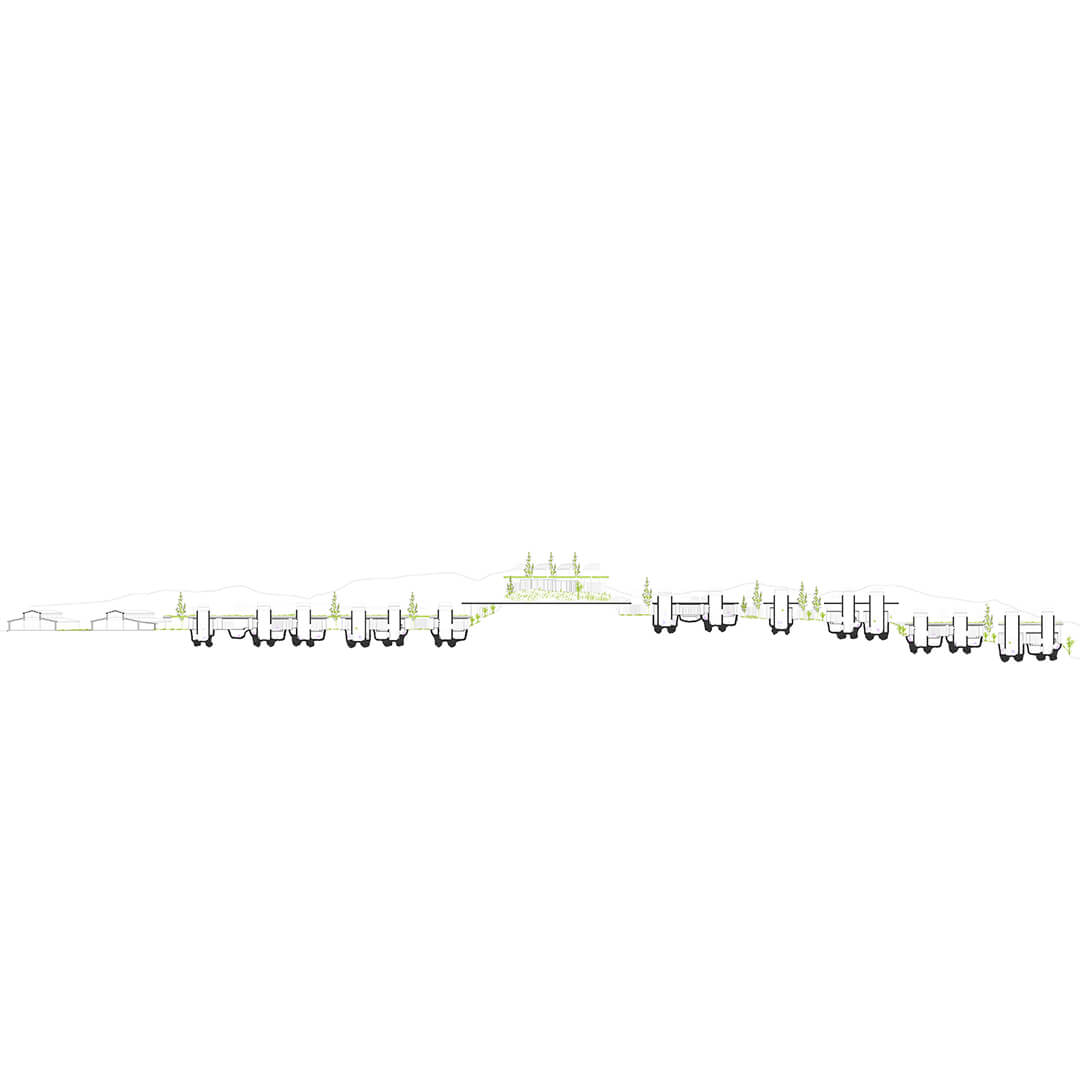 With this guaranteed ventilation and lighting, this rigid core while revitalizing the lower part, allows the bedrooms to be organized around it. Beds, bedrooms and cabinets emerge on the perimeter, behind deep wooden windows that communicate with this large column of central light. Thus, on this heavy, massive and cavernous inner world that penetrates the earth, its counterpart appears: A space open to the outside, transparent and extroverted is placed on top of this other, surrounding the rigid core with two types of skin that create two levels of transparency, one in glass and the other in translucent polycarbonate. 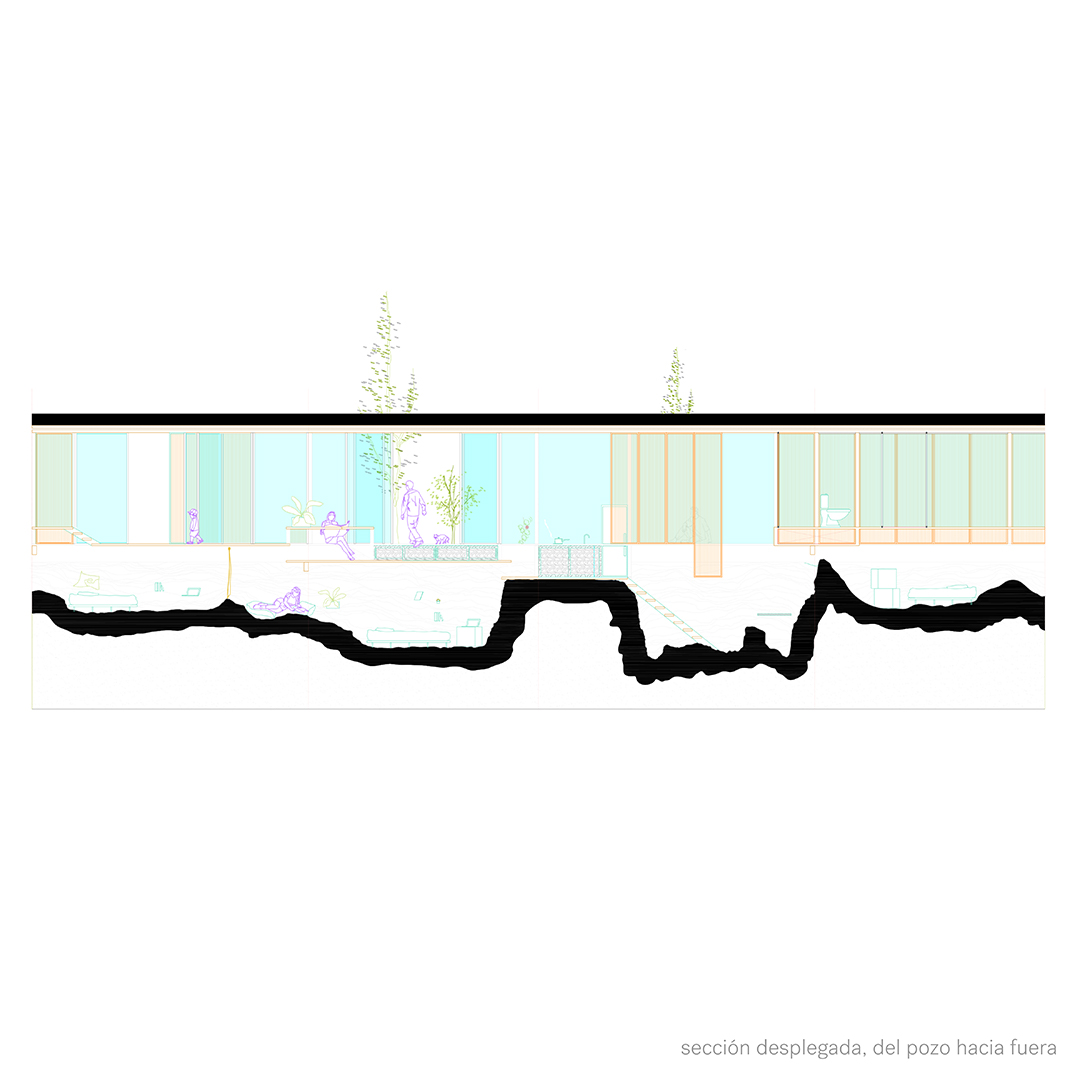 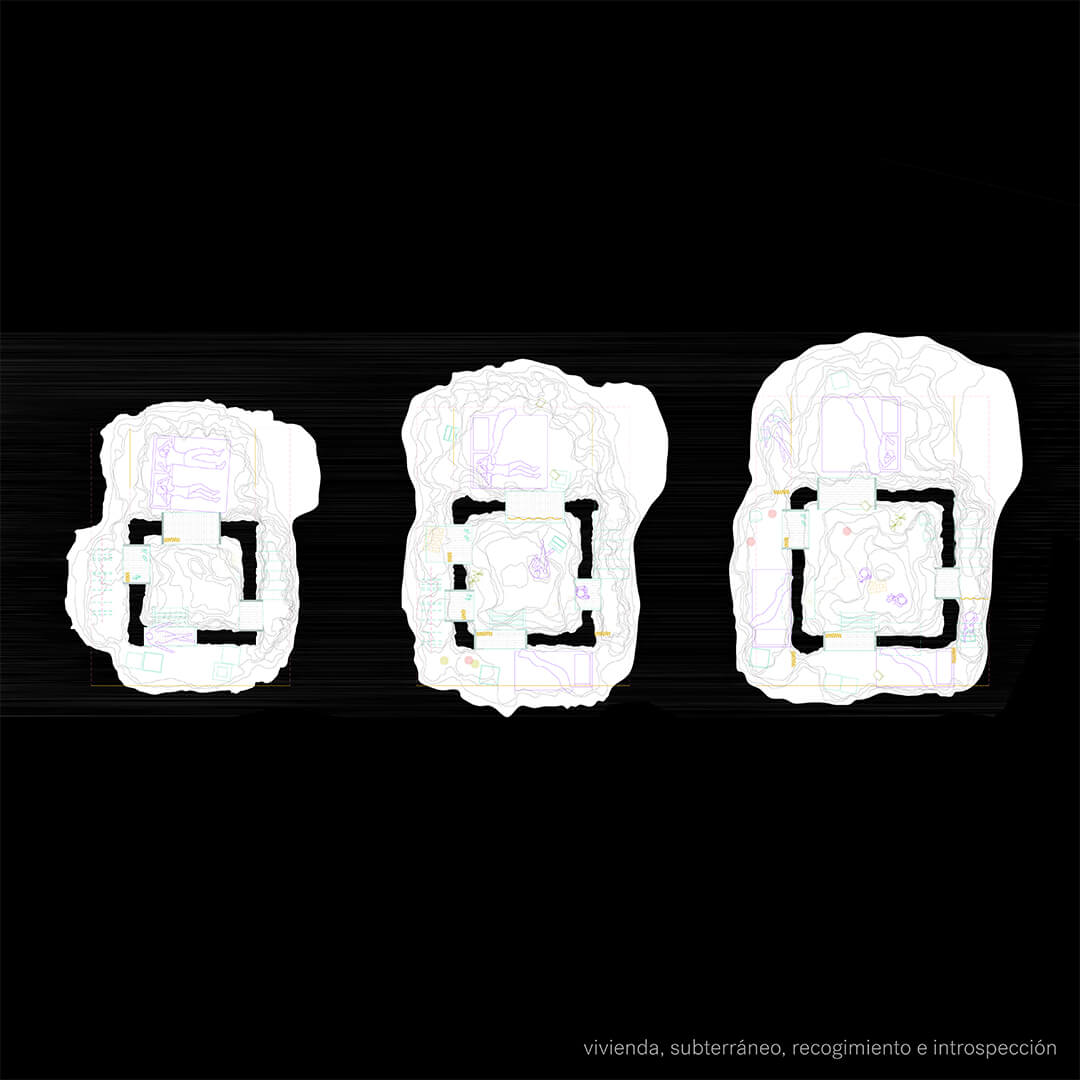 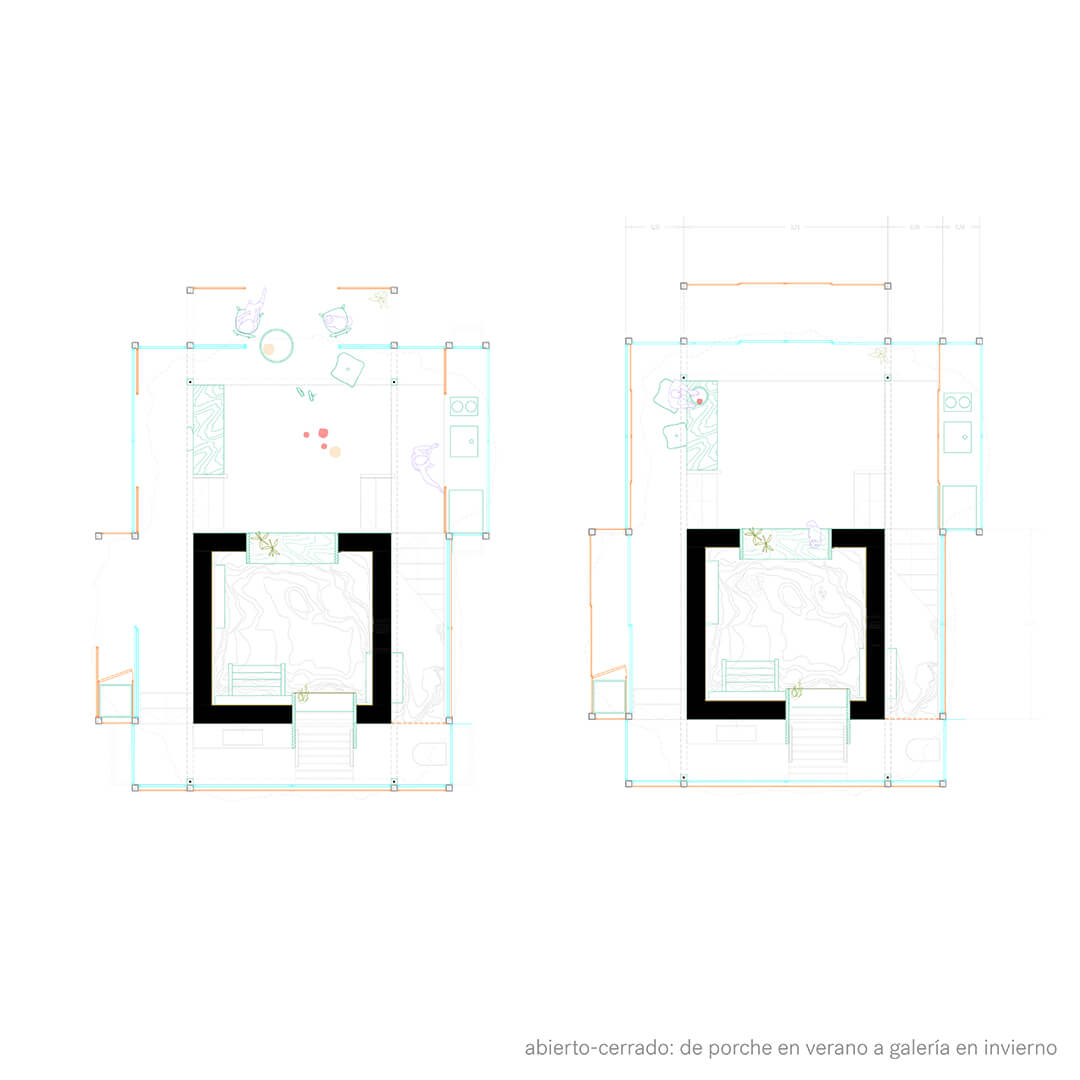 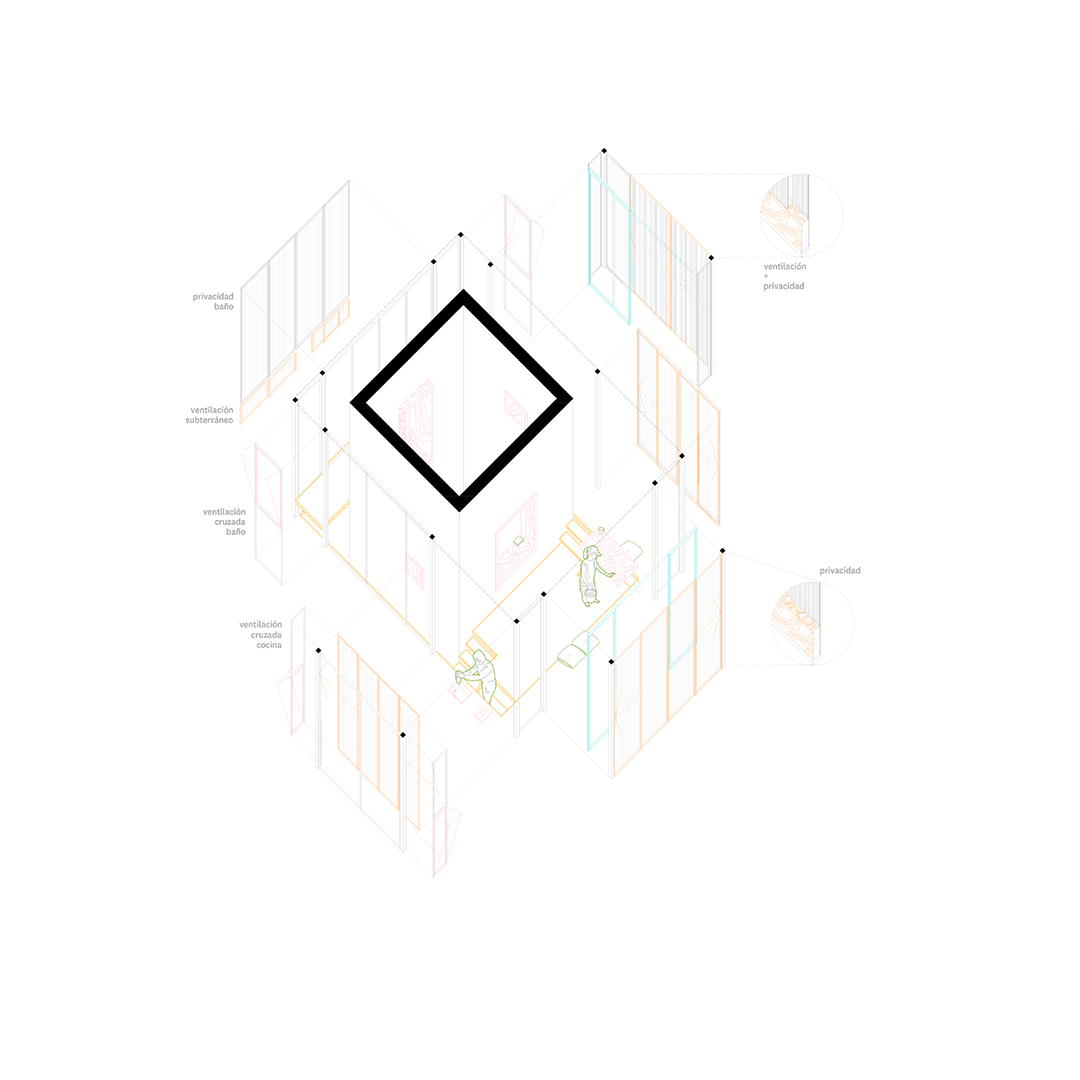 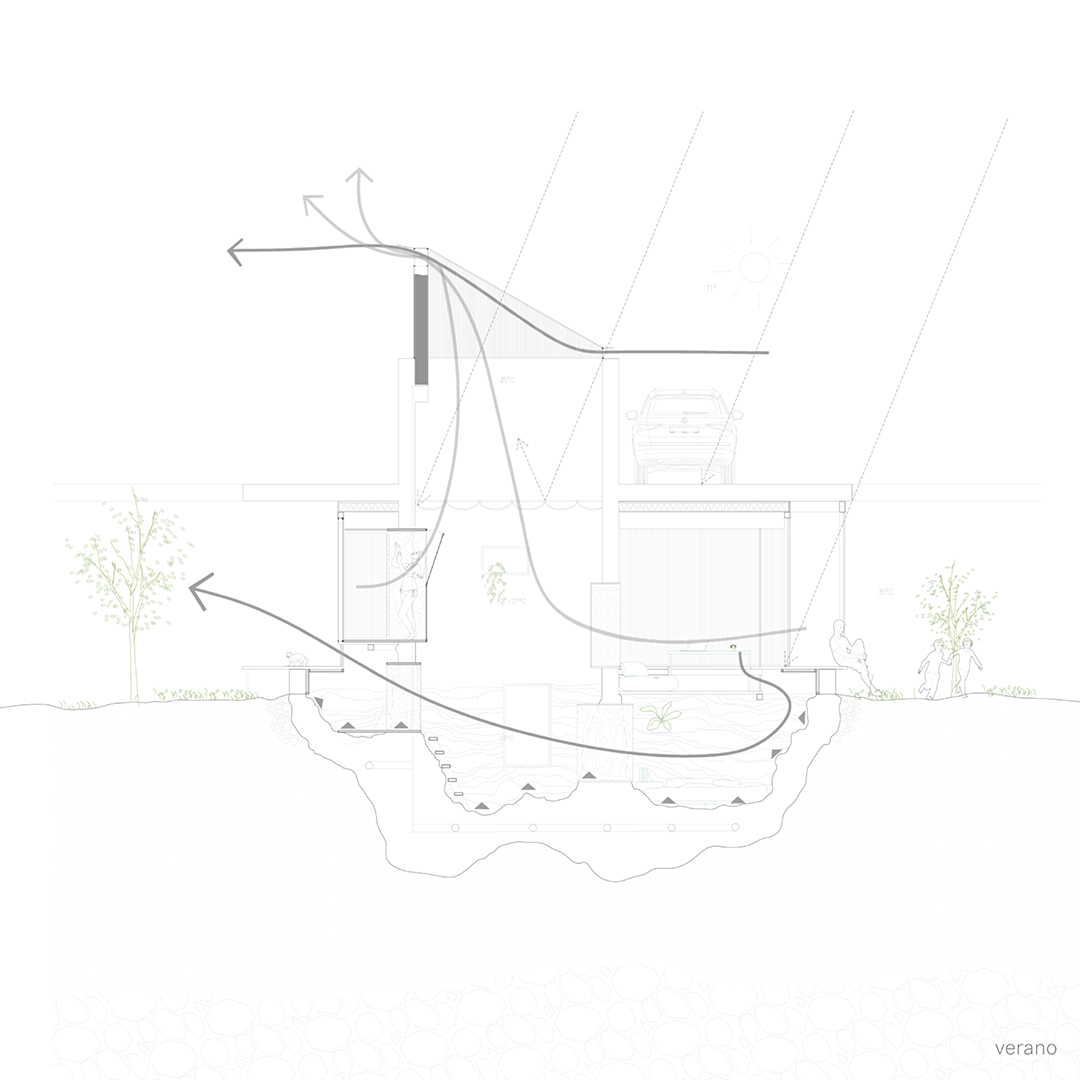 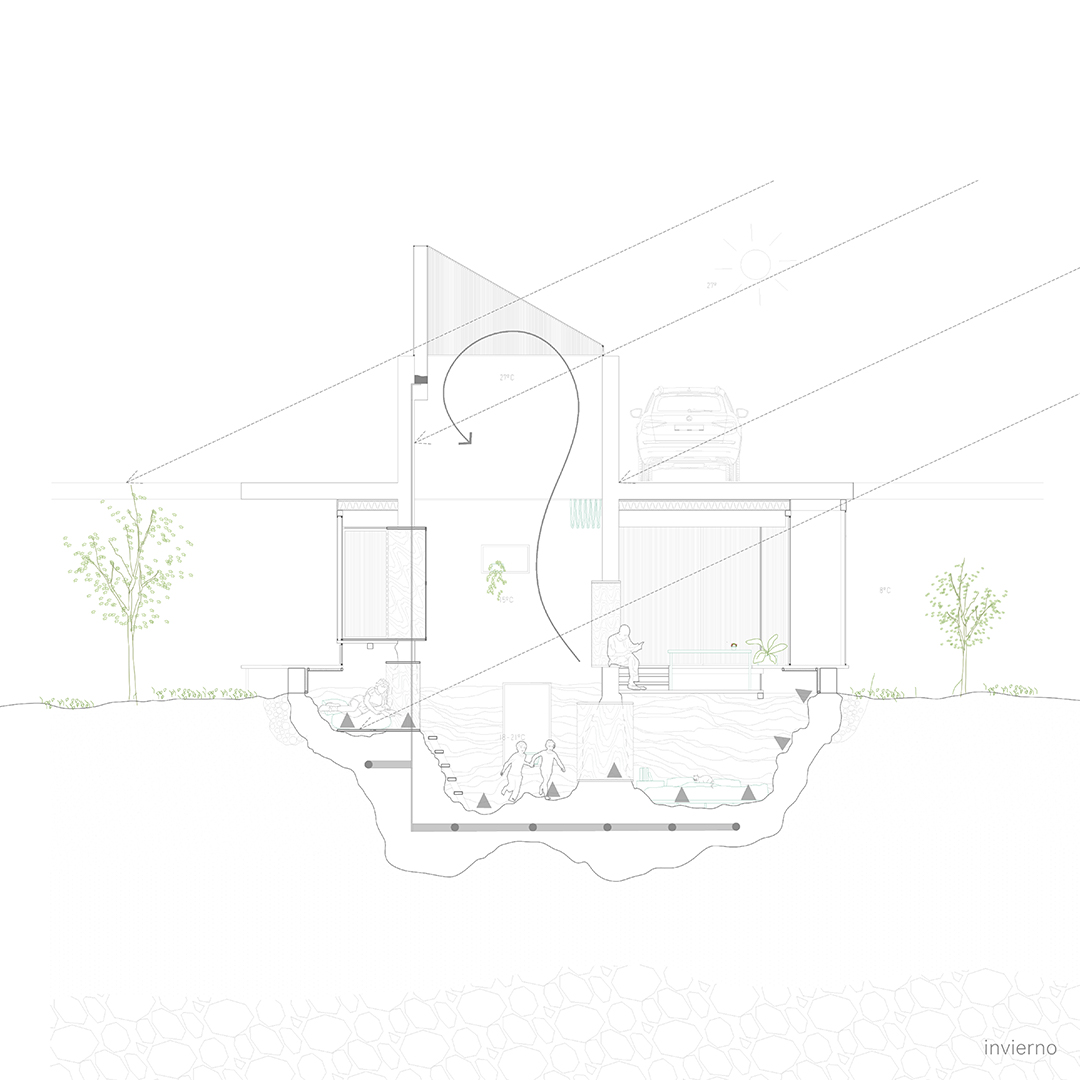 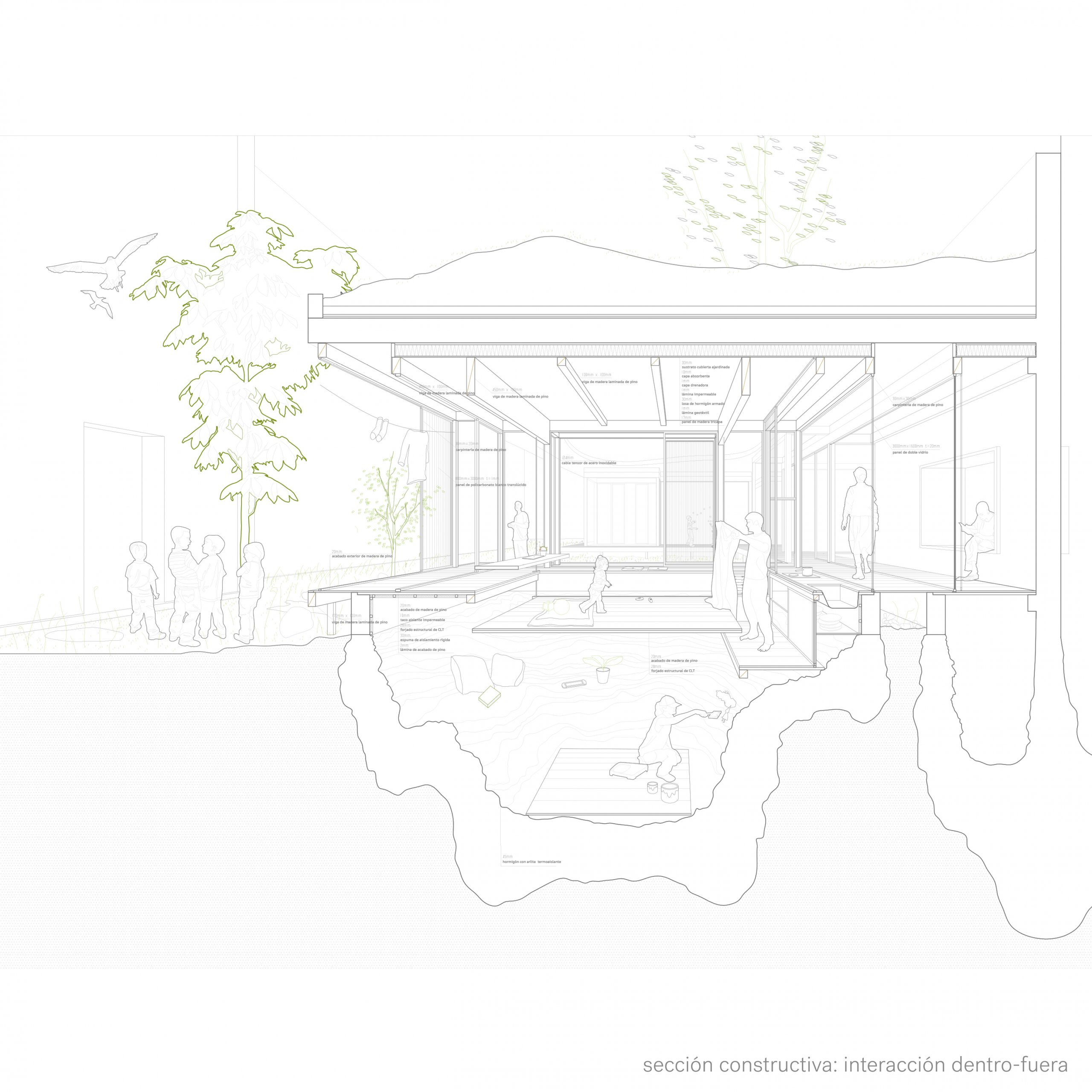 The house is divided into extroversion and introversion, being seen and not being seen, sharing or gathering, two unified worlds through the well of light. In this second space, divided into several wooden platforms that descend around the well, the kitchen and the living room are located in a single room that serves as a porch in summer and as a gallery in winter. These platforms at different heights facilitate the ventilation and lighting of the basement, while creating appropriate heights for a countertop, a bench or a table. The visual connection to the subway is made possible by the same deep wooden windows, becoming places to sit or even shower with views of the sky. Outside, a wooden platform as an “engawa” joins the different houses creating a meeting place for neighbors, and that sometimes disappears to create a patio, a clearing of light and vegetation or a community garden. The patio and the platform become tools for sharing, living together and playing, and the outgoing part of the house (which speaks the same language) merges with these elements, with the community. 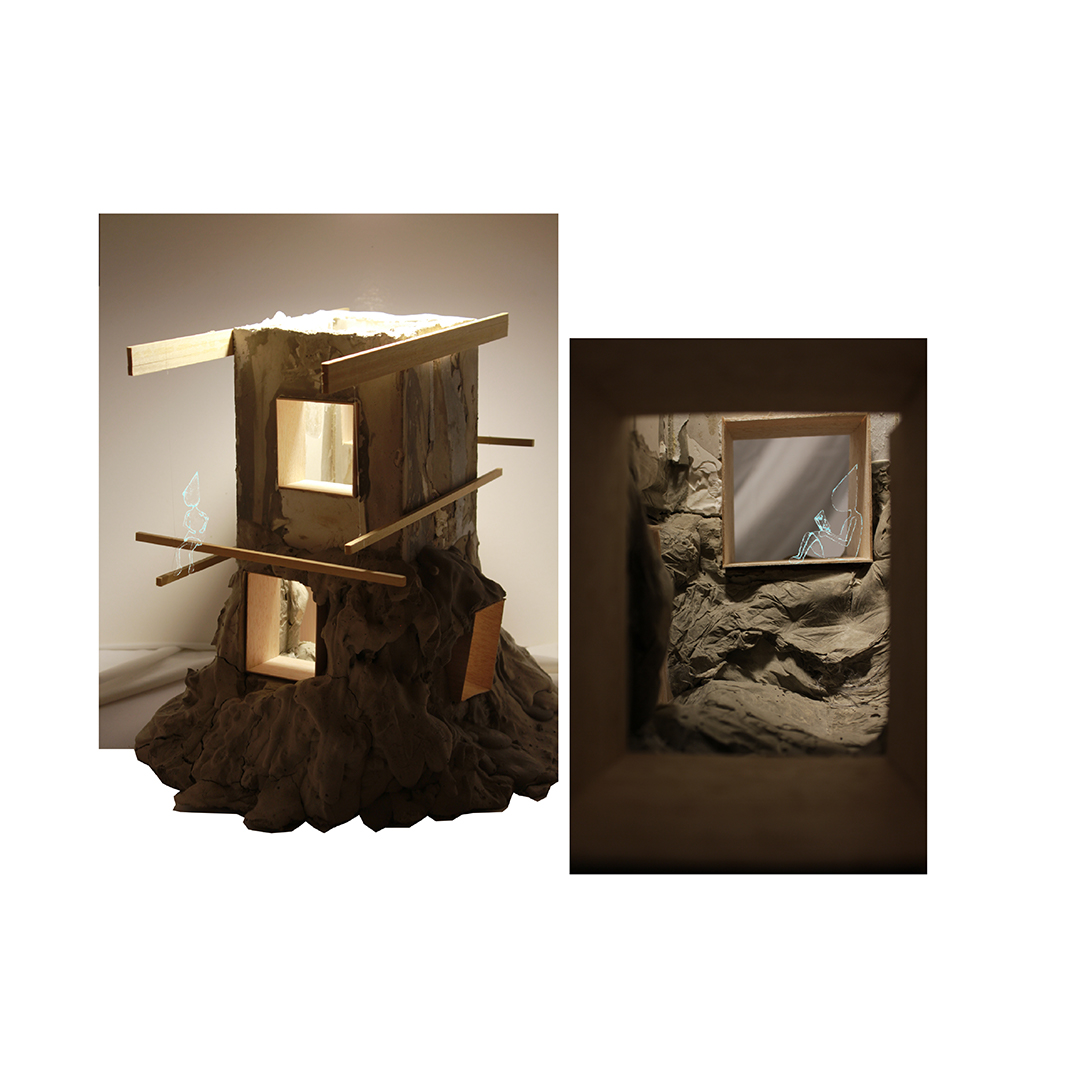 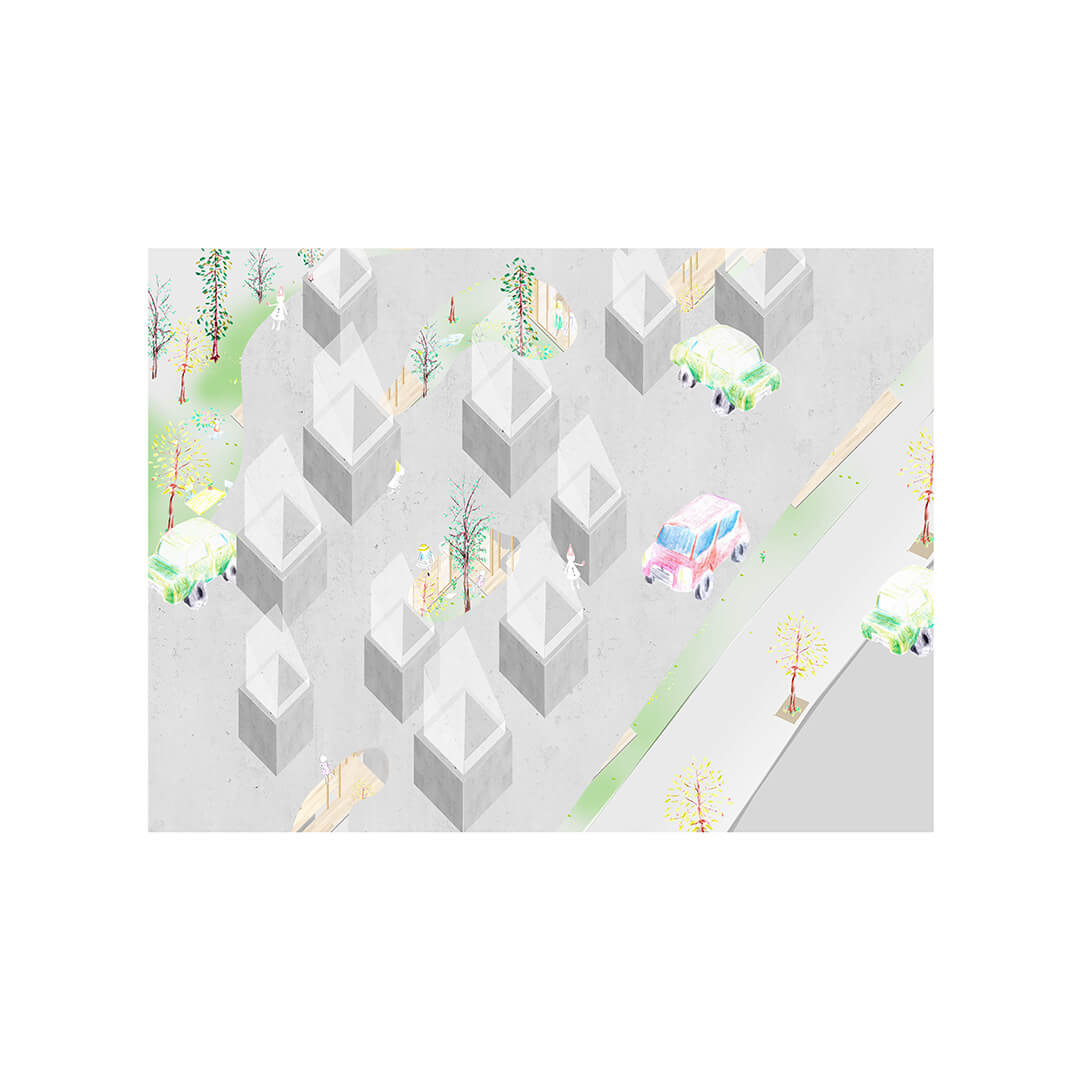 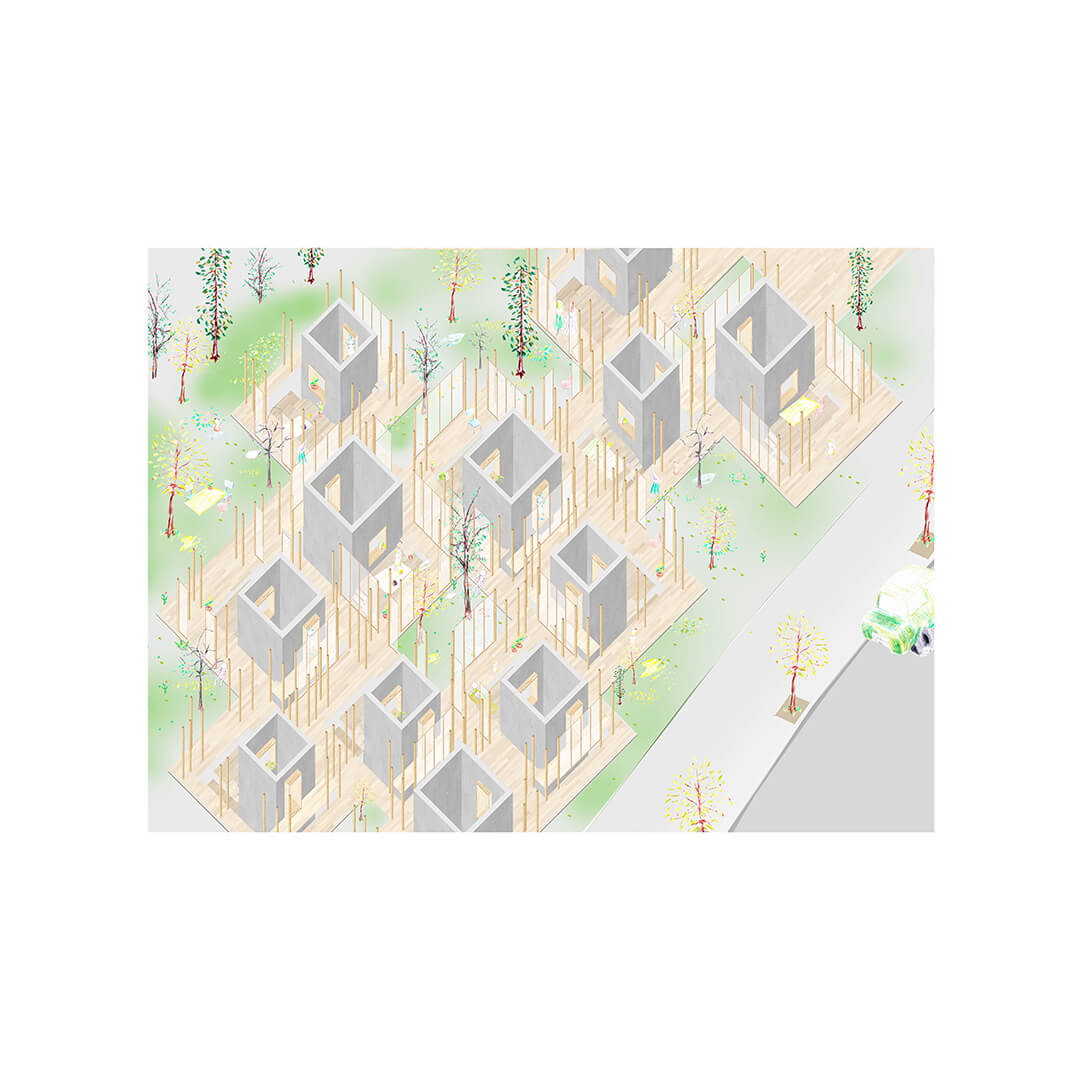 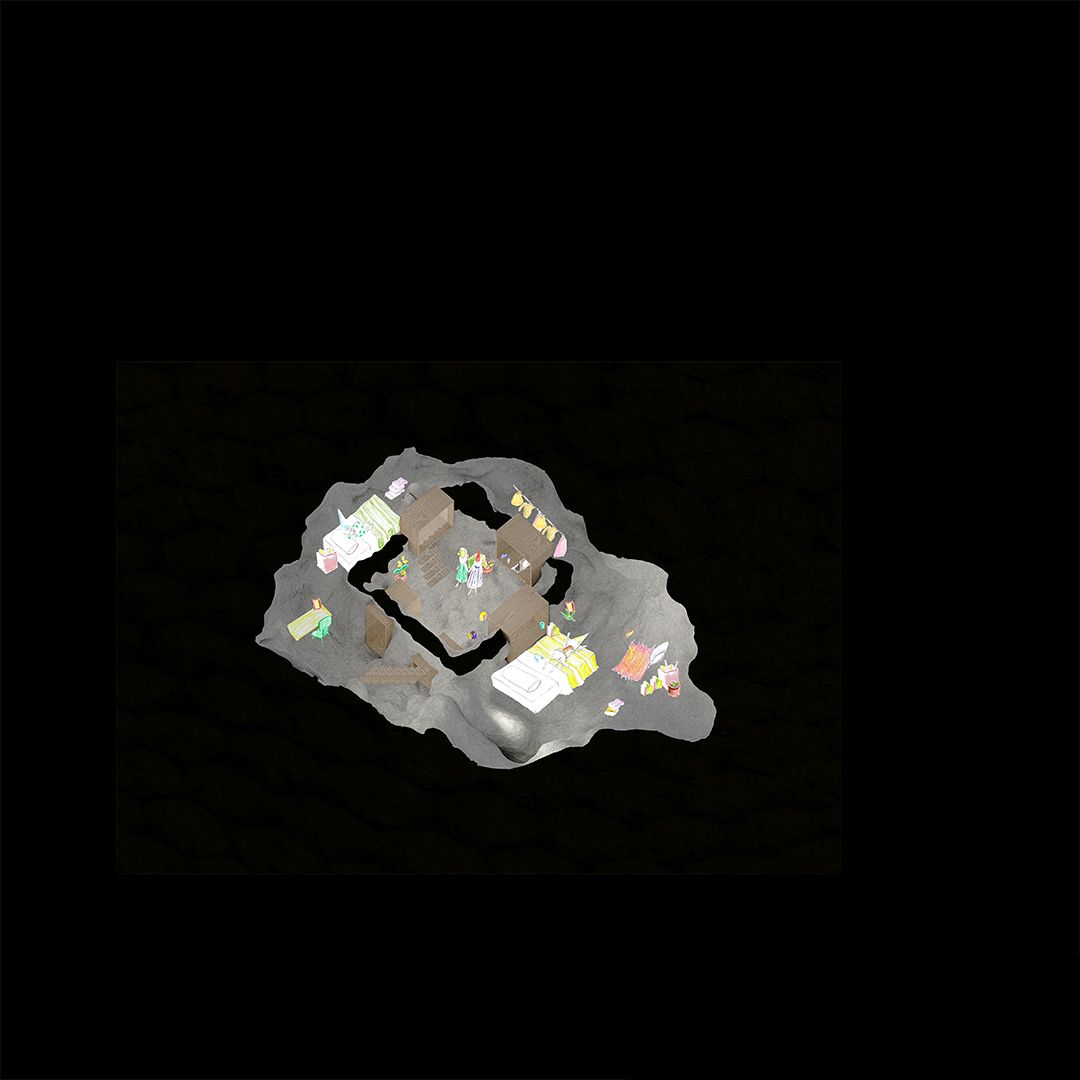 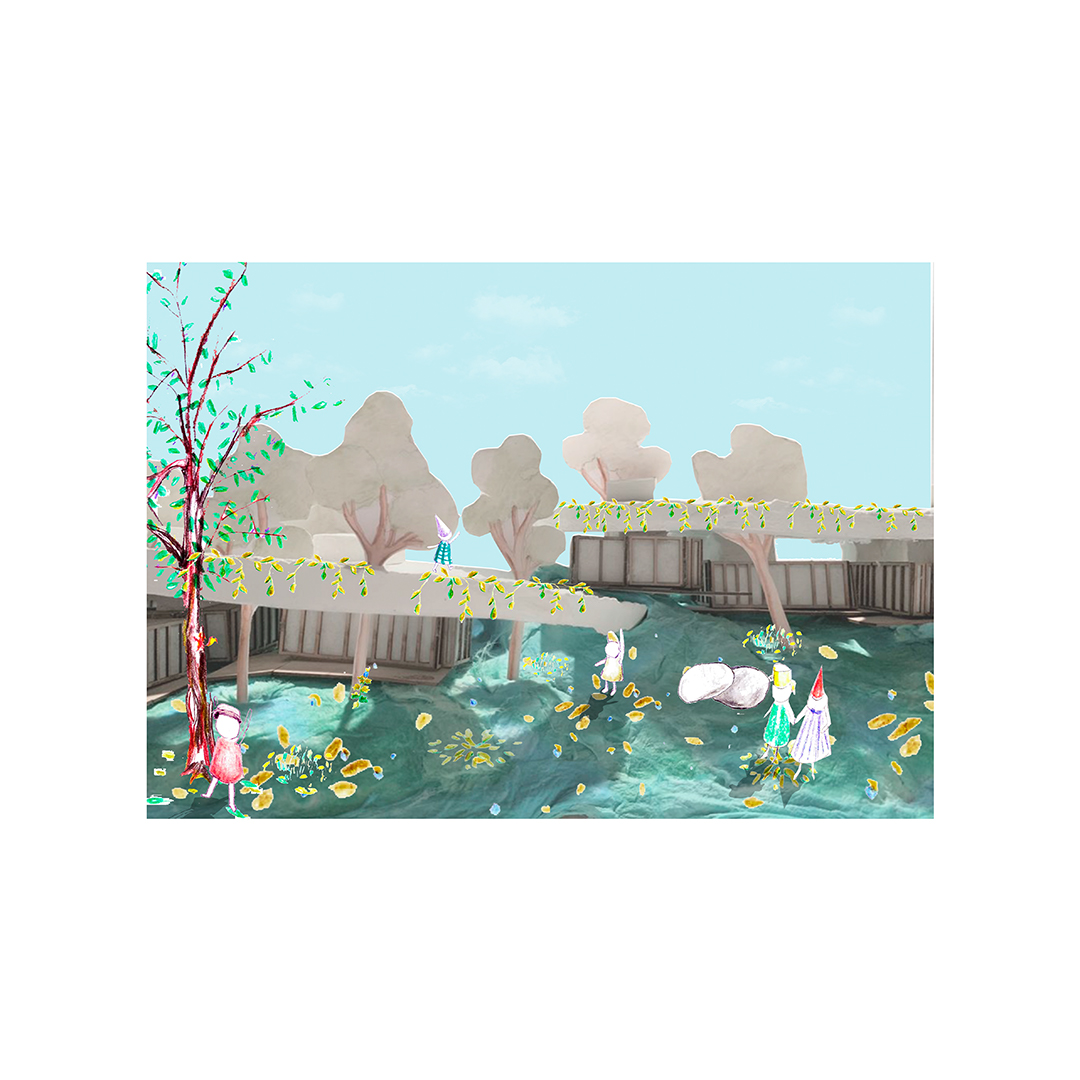 Finally, above this world of transparencies, extroversion and lightness, an extensive and heavy concrete slab appears, which curves to facilitate its parking function and thus create the cloisters of the lower level. Thus, the classic order of the house is reversed and the parking space regains a new meaning as a viewpoint, a square where to sell the crops of La Clota on Sundays or a pleasant place that serves the city. The community space, now compressed between heaven and earth, sees its function reinforced through the interaction of the two worlds.