The encounter takes place at a time when dusk is gently descending on the earth. In a blue cloud, the Chiesa di San Giovani emerges from the line of golden fields. 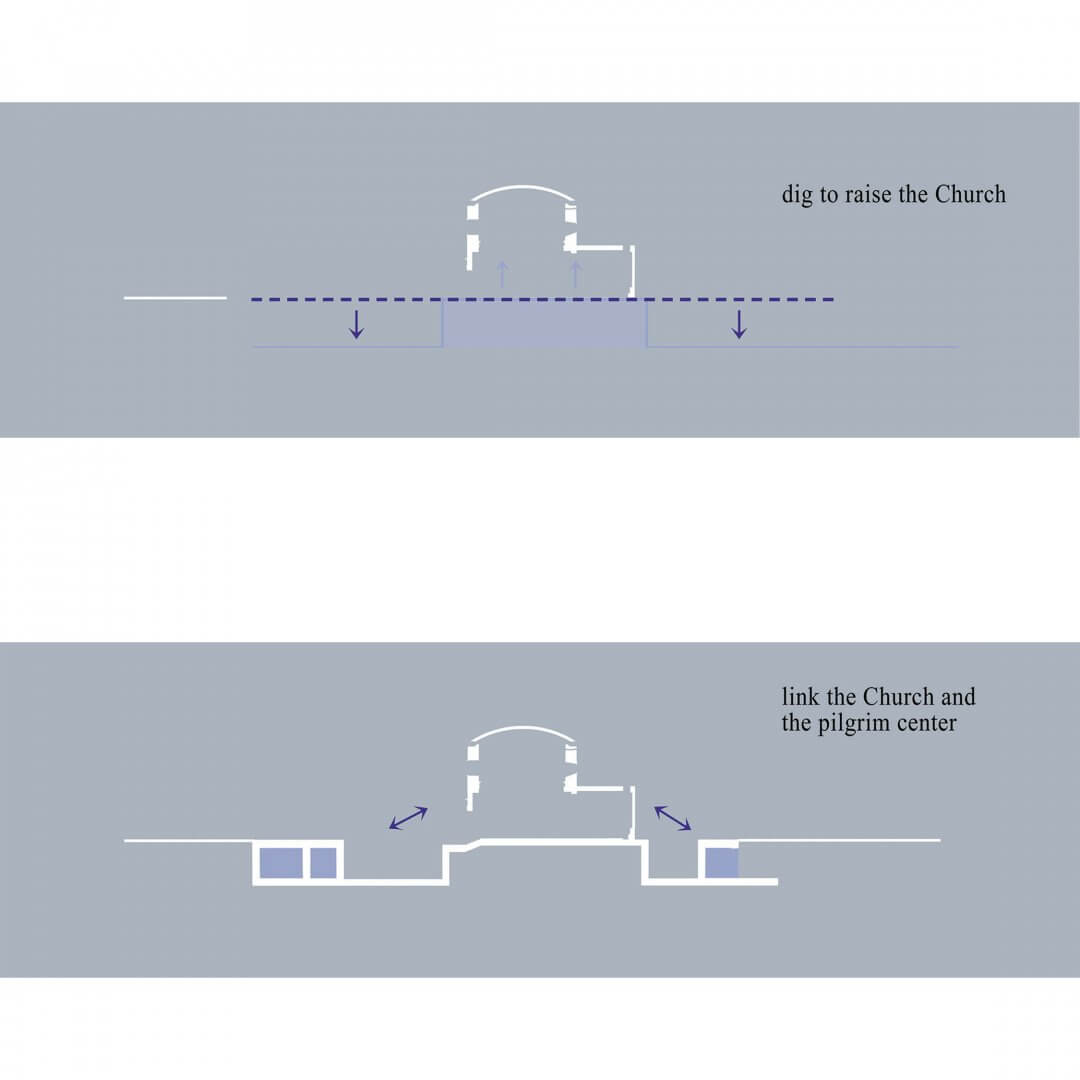 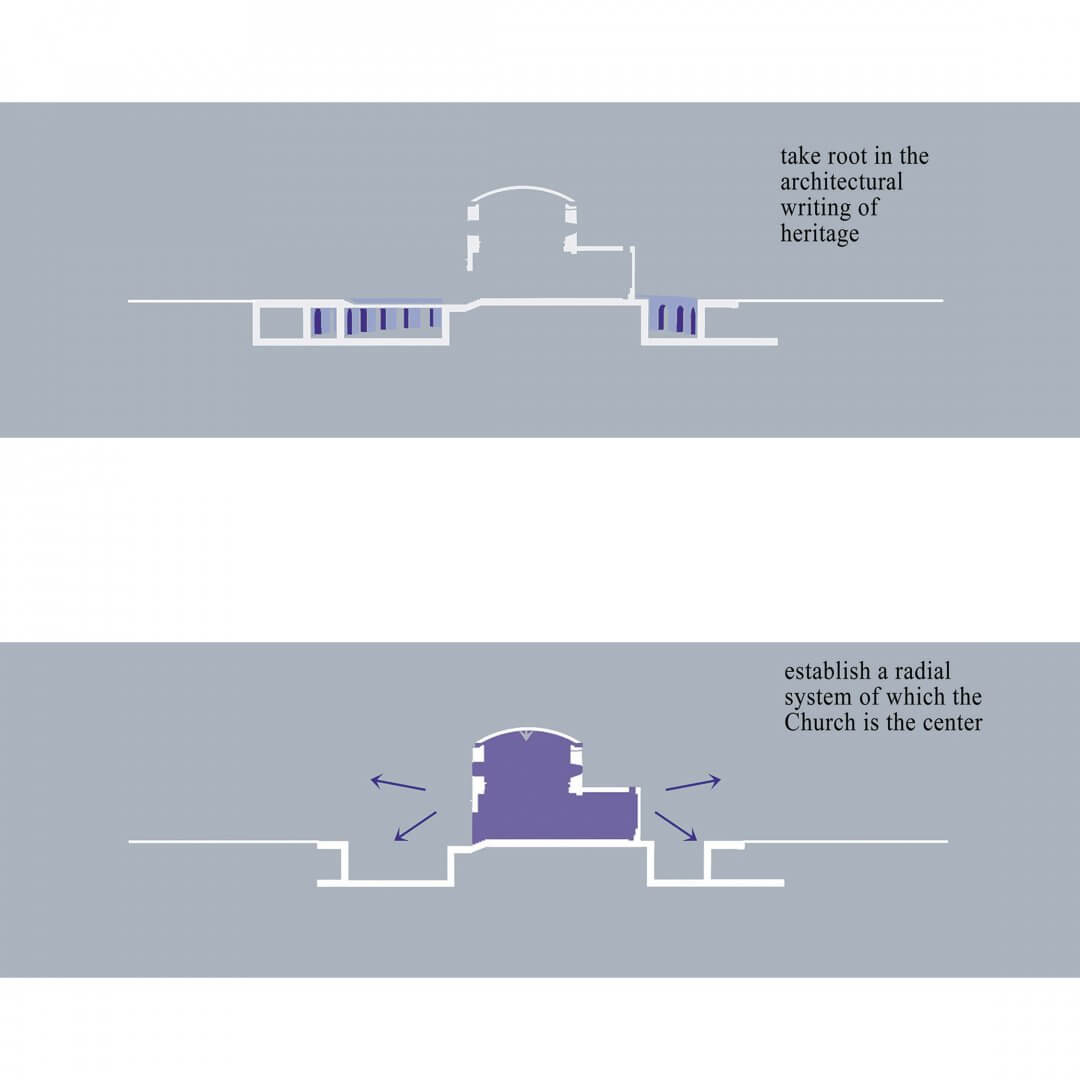 The light that spreads from his heart to the distant hills calls the pilgrim. Its concrete dome rises skywards. The church gate waits at the end of an aisle hemmed with blue floating plumes. The appearance of a footbridge thrown over the void breaks the rhythm of its procession. Below, unfolds a circular space speckled with blue. His gaze caught by the illuminated bull’s eye, the man slips under the stone lintel and enters the church. At the bottom, a cross, whose reflection dances on the water of a basin, is erected vertically. 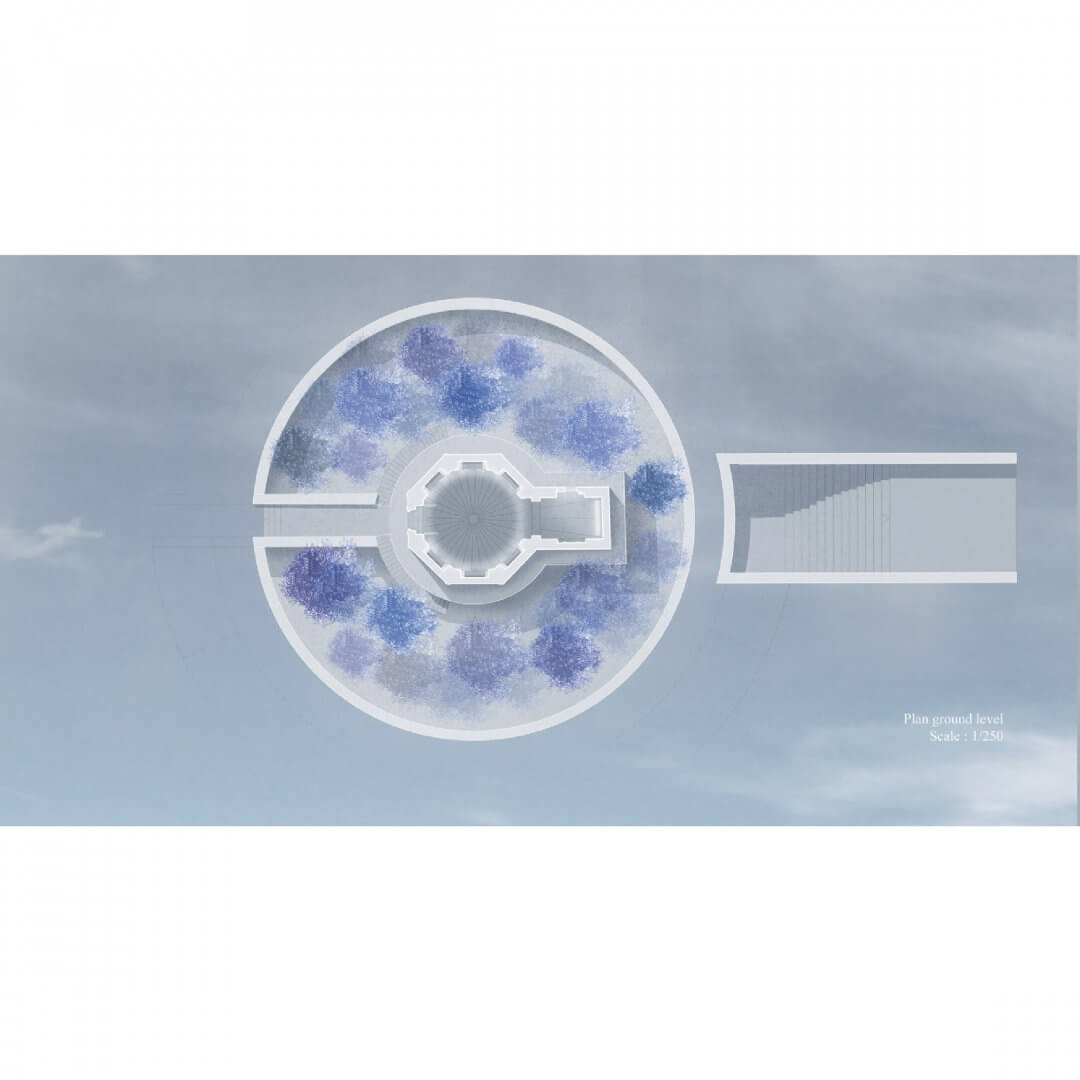 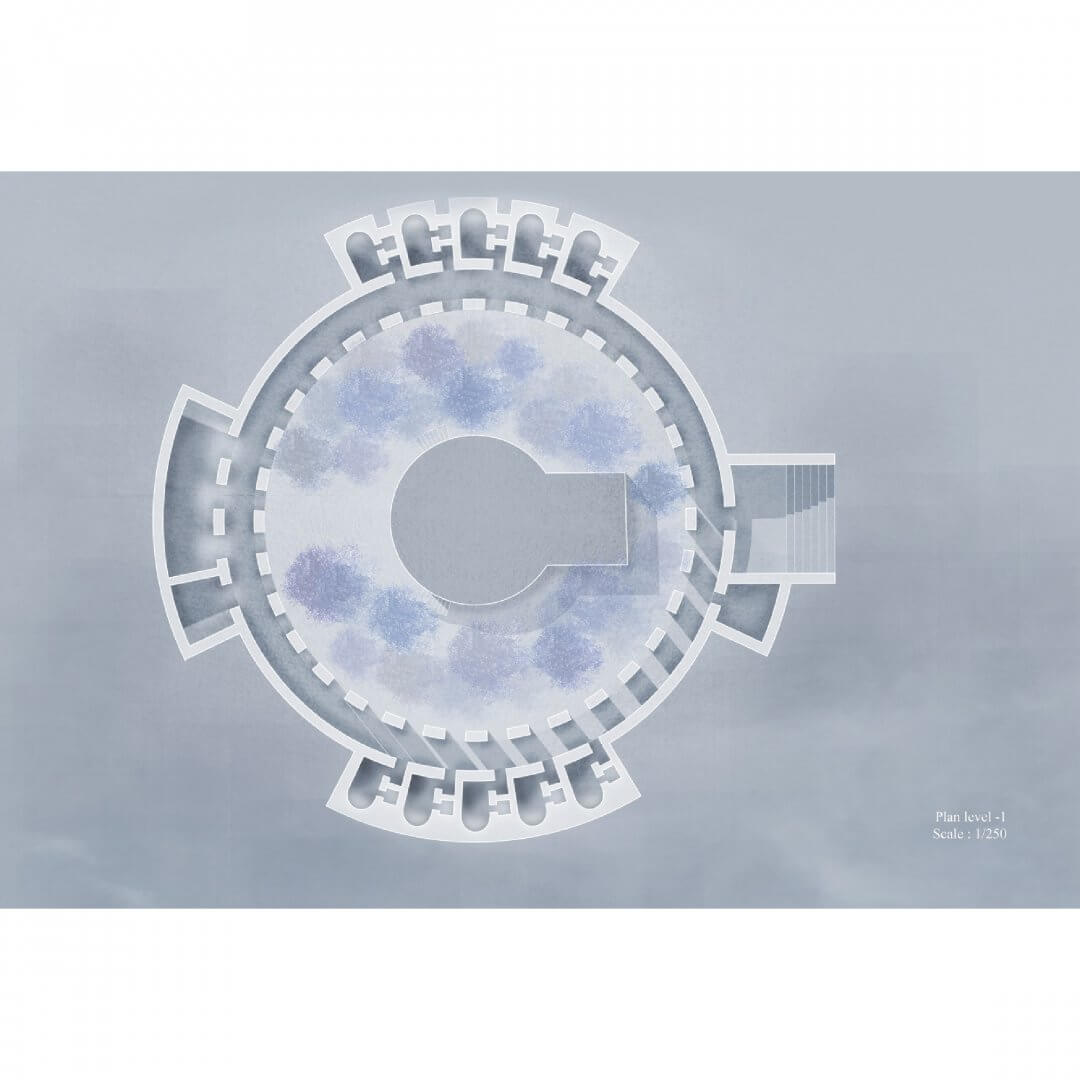 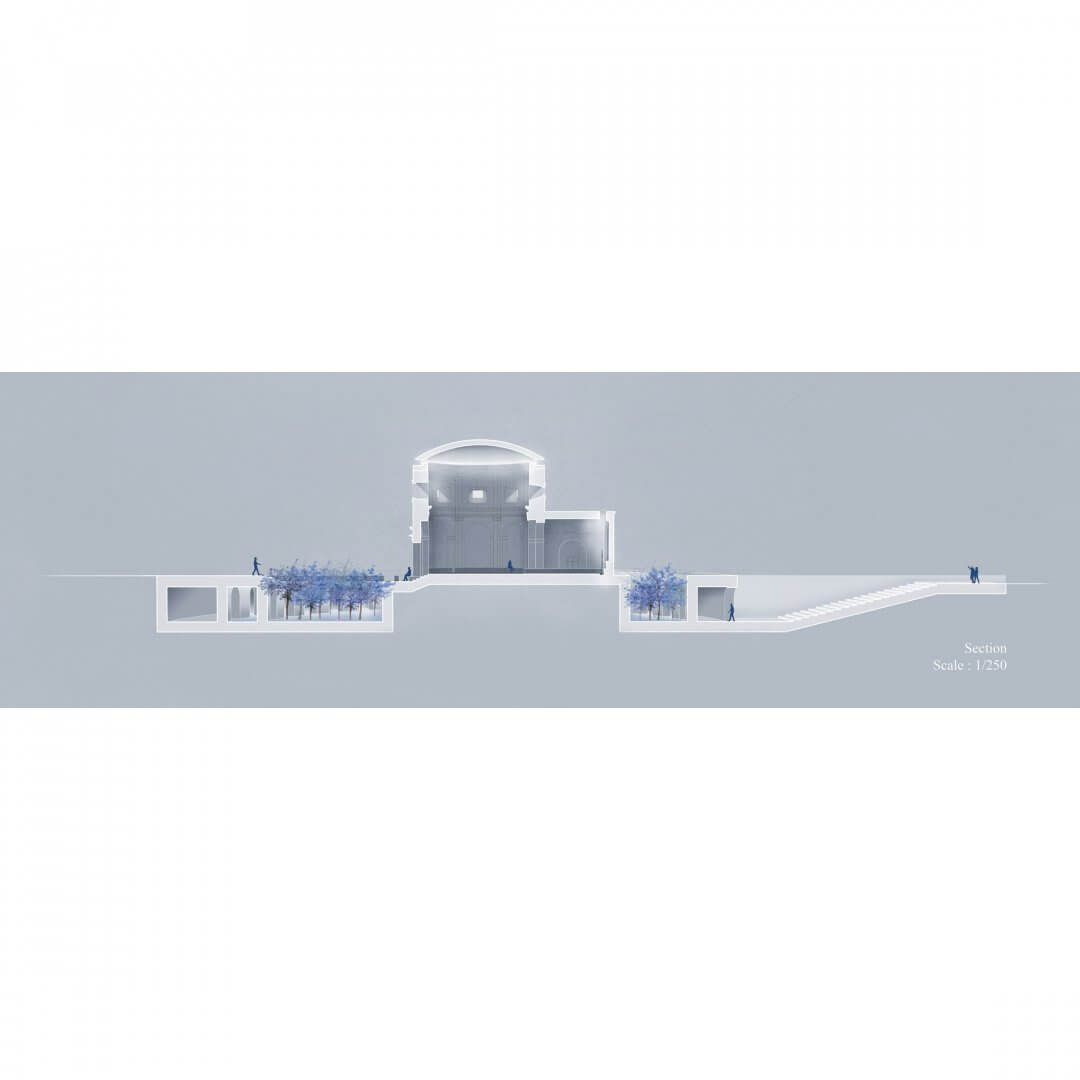 The ring of light under the dome covers the top of the church walls with gold. The pilgrim walks on the ground, a fine concrete base which is raised in the hollow of arches form seats, then sits down and observes the walls whose stones have been piled up one by one by the craftsmen, like the built footprint. The central space is surrounded by a gallery of arches of which the cast shadows dance on the ground according to the path of the sun. The stones inserted into the concrete of the enclosure seem to have always been part of the place. 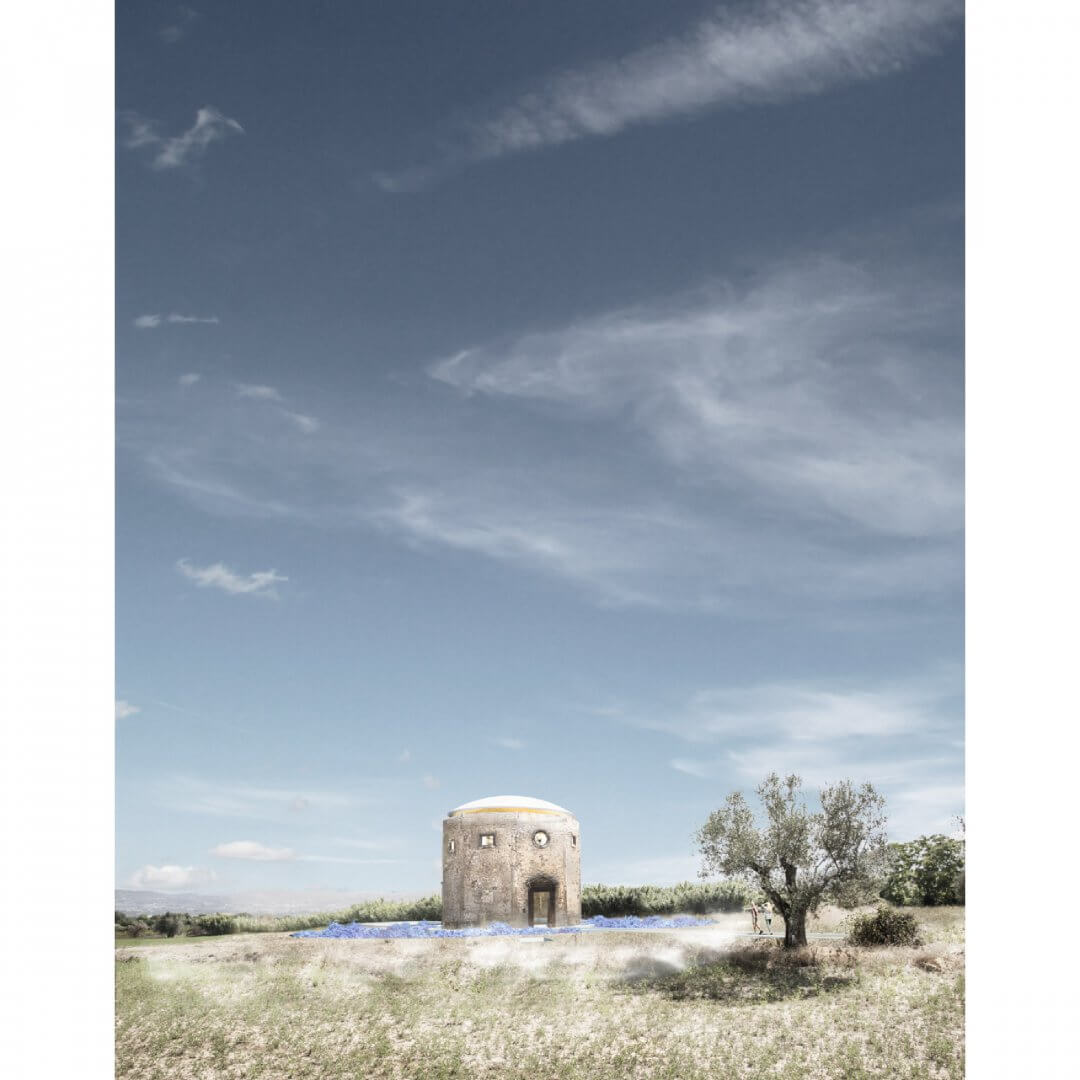 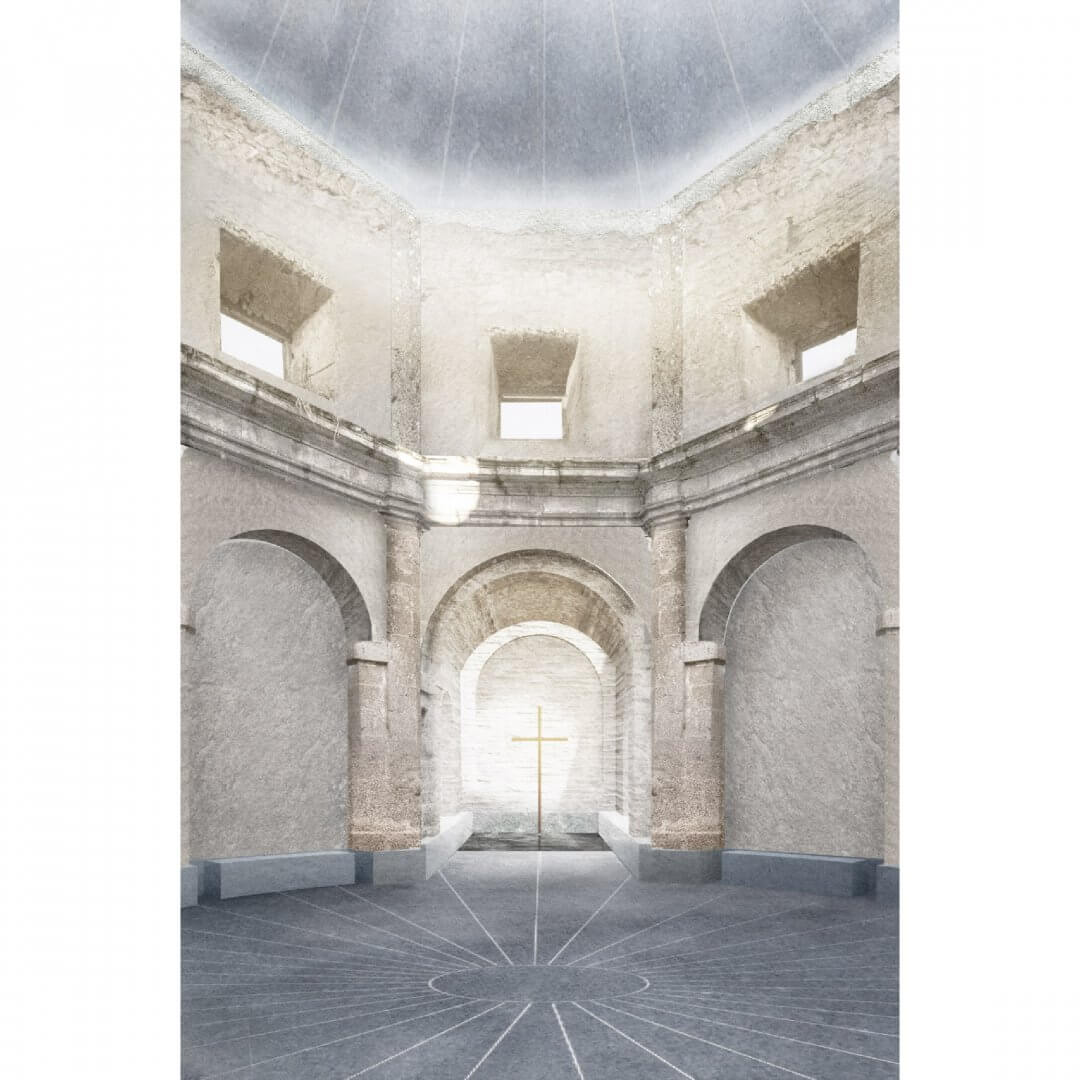 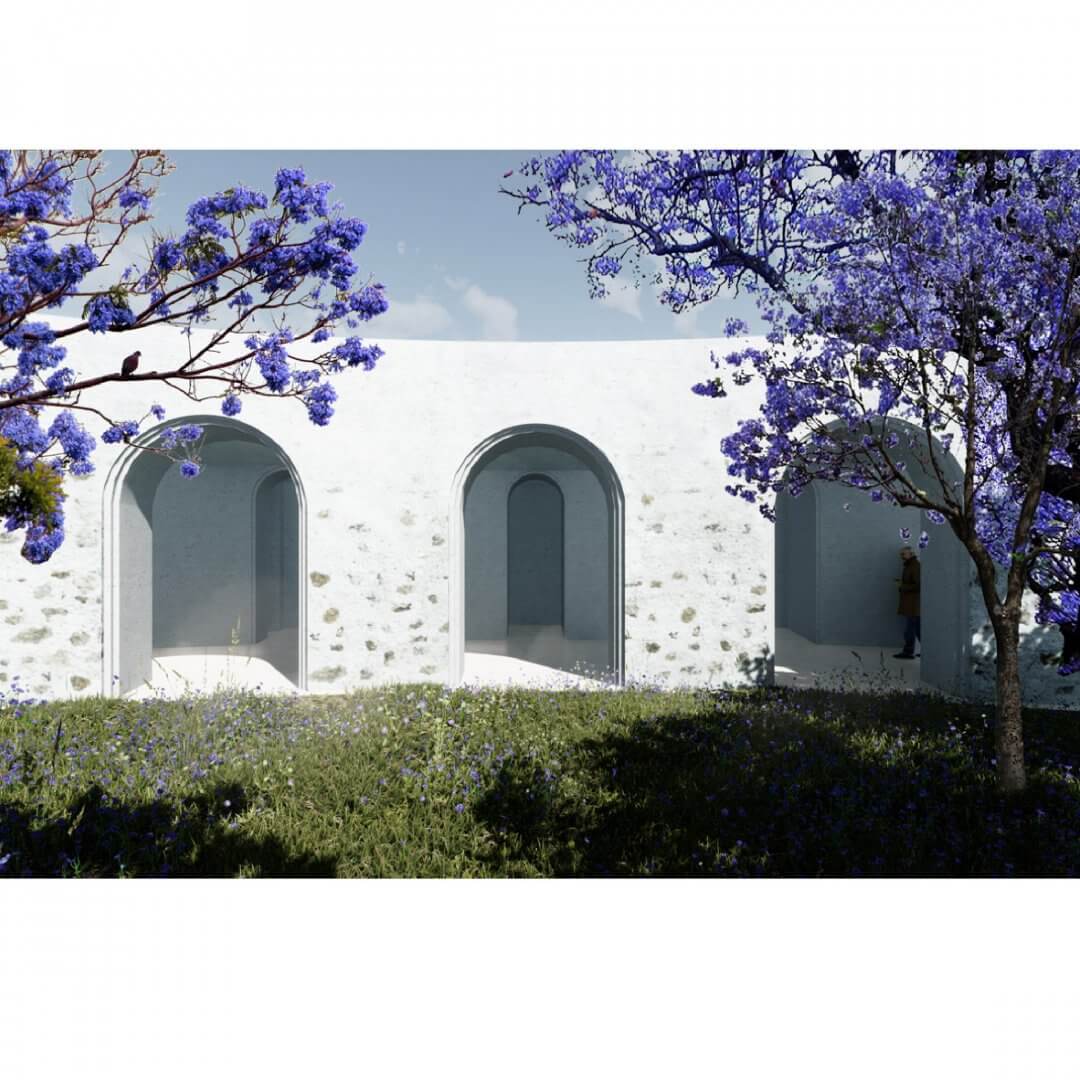 At the end, a door gives him a glimpse of the steps of an open-air amphitheater. He feels that this whole place is inhabited by a sacred presence, but it is not about religion: it is the weight of the past, the weight of memory. So he returns to nestle in the hollow of the flamboyant blue trees in the light silence, kneels down and begins to pray. At this moment, he finds in himself a child offered to the power of the moment.