The proposal is framed within the theme of pavilions as an exhibition format for universal expositions and derives its focus from the relationship that exists between the deployment of these large buildings and the context in which they are located. 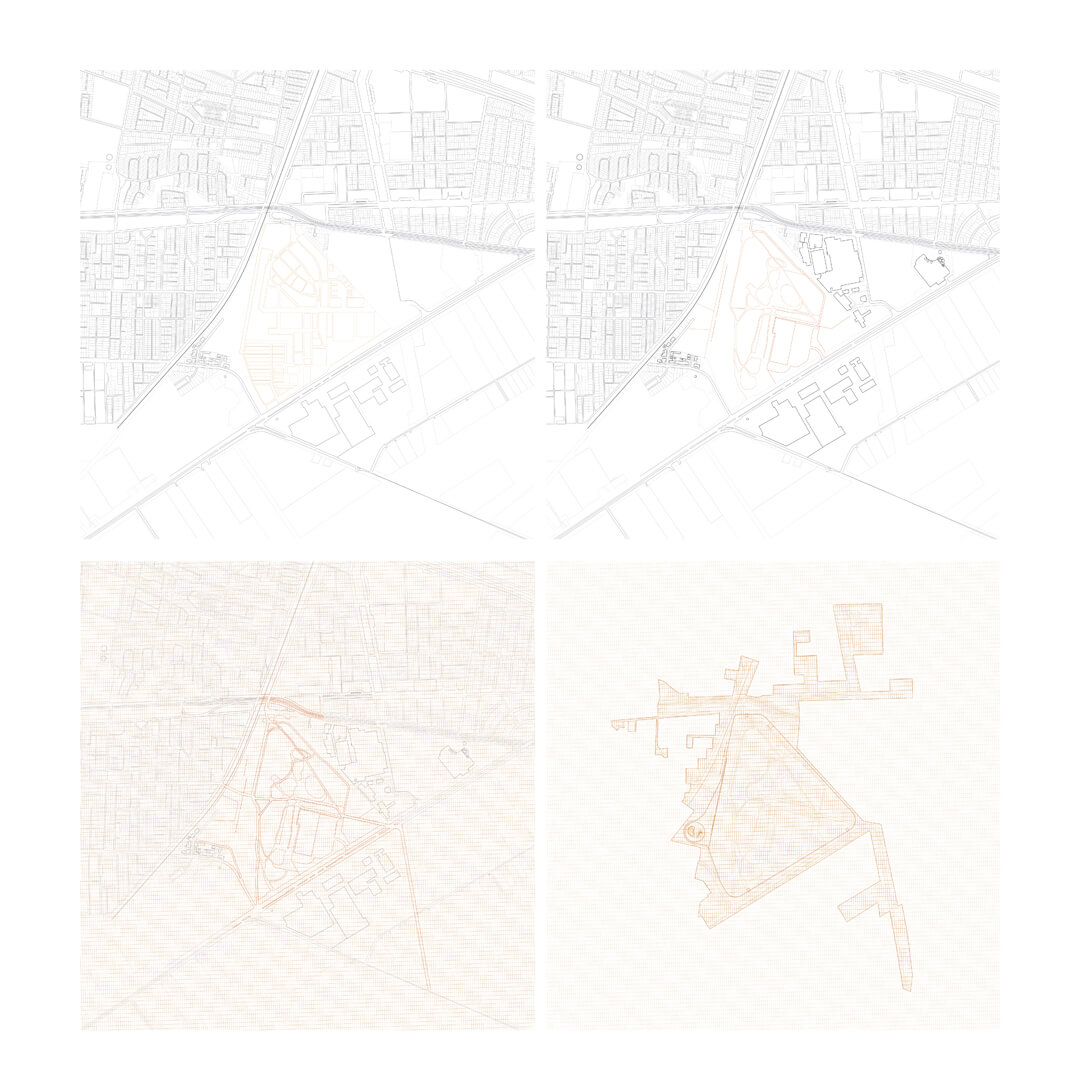 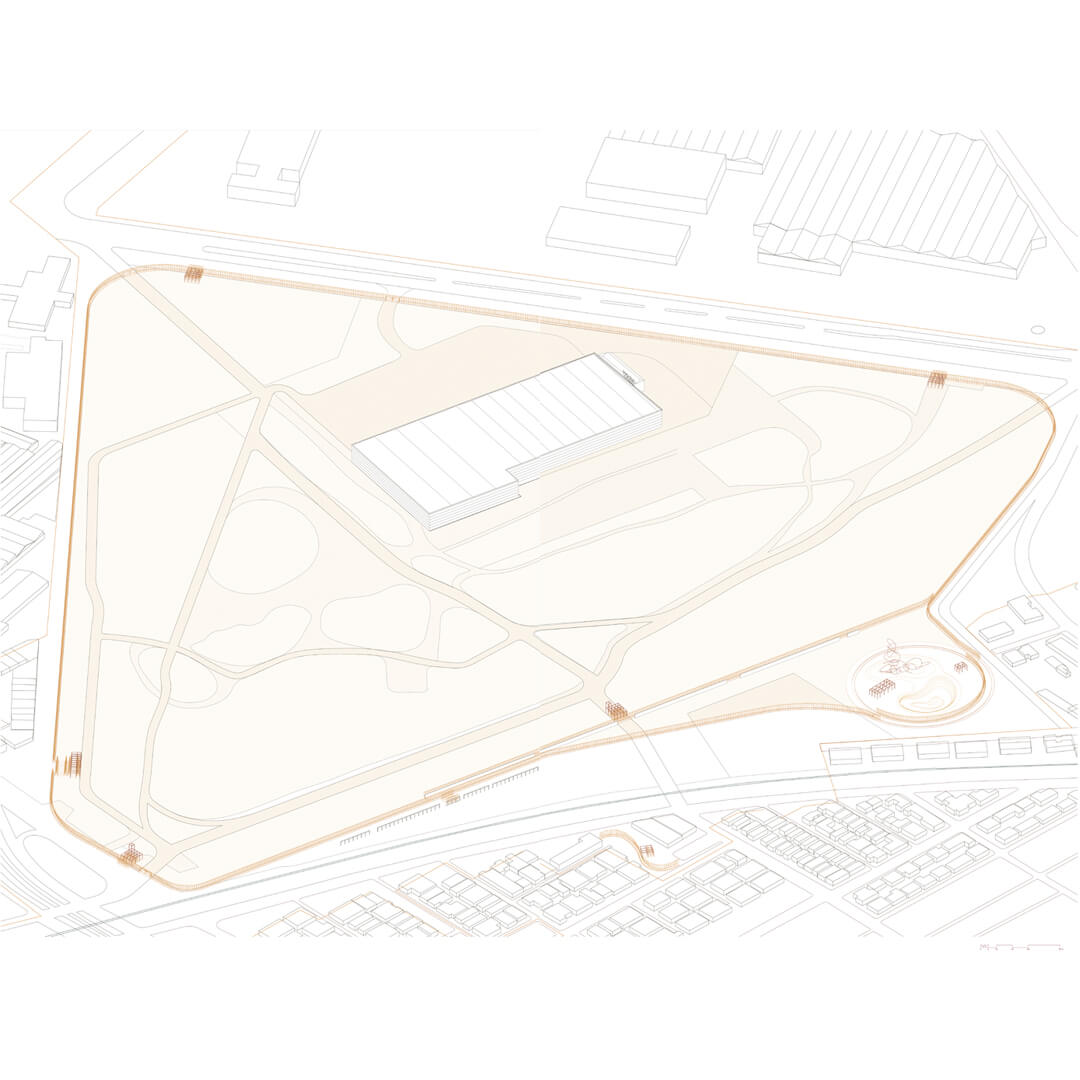 Whether as a fair format or a commemorative event, the universal exhibitions have focused their interest on showing an image of each participating nation, including the host country. What coordinates this participation is a certain call that usually has a general theme by title. This logic has been maintained from the beginning, what has changed is its spatial deployment in the city, that is, an evolution from a common formula in which the exhibitors stayed in large structures arranged for that —such as the Crystal Palace in London 1851 or the Palace of Industry in Paris 1855—, towards one of isolated buildings or exclusive pavilions for each nation. Such deployment by an individual nature of proposals from the participants has brought with it both an exaltation for the national as well as a motivation for ignoring the needs of the context where it is located. In a contemporary context where there are multifactorial difficulties —sustainability of cities, scarcity of resources, to name a few— this event is presented as a possibility of responding to local demands that at the same time have a global correlate. Likewise, the spatial link with the local context where the expo is displayed is an opportunity to move from a provisional logic that characterizes these events, towards a formula where the configuration of this support is conceived as a tool to nurture the urban infrastructure city.

Contrary to the centripetal idea of these great events-cities, the project seeks to work with the urban edge in its different scales, so that its insertion takes into account the singularities of the immediate context. 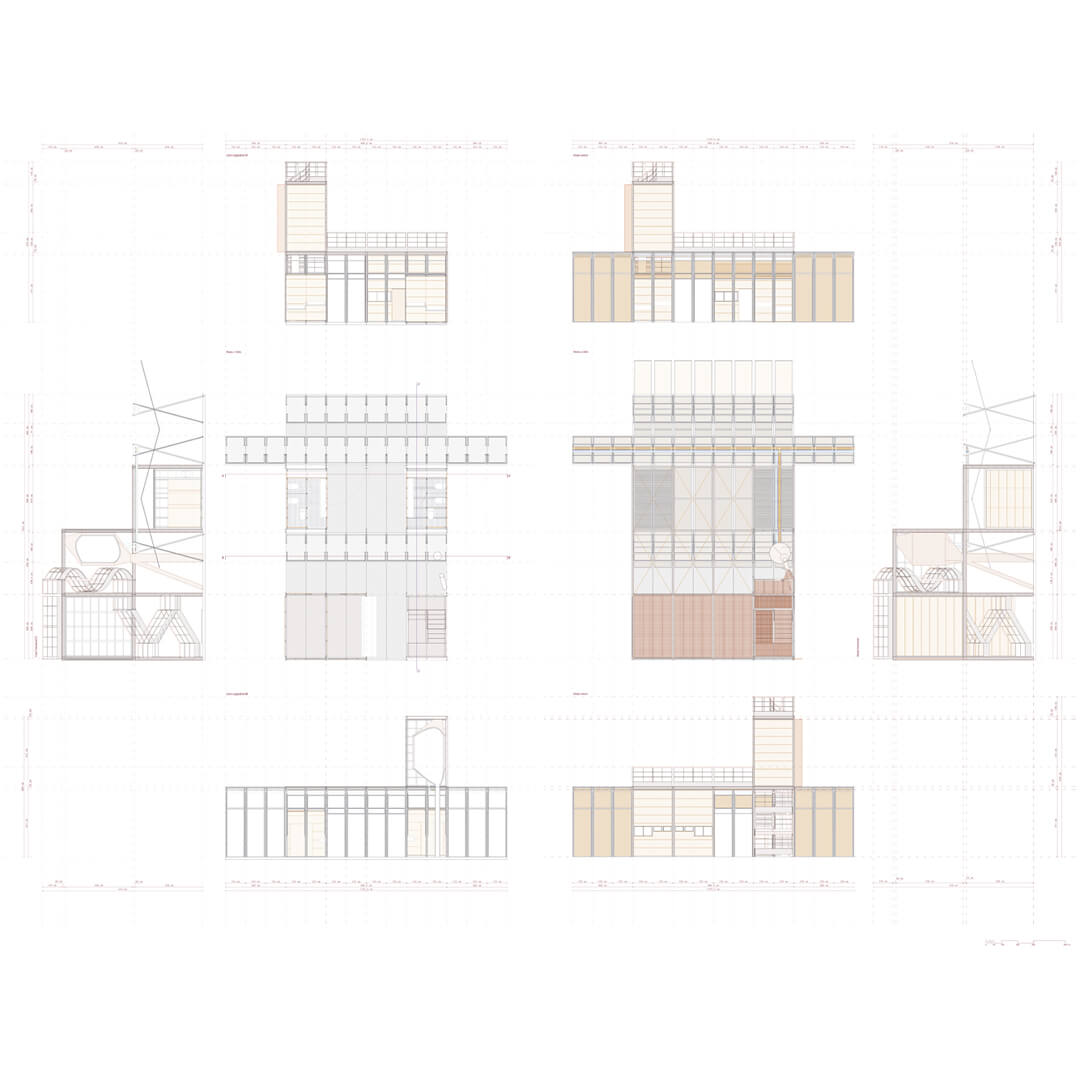 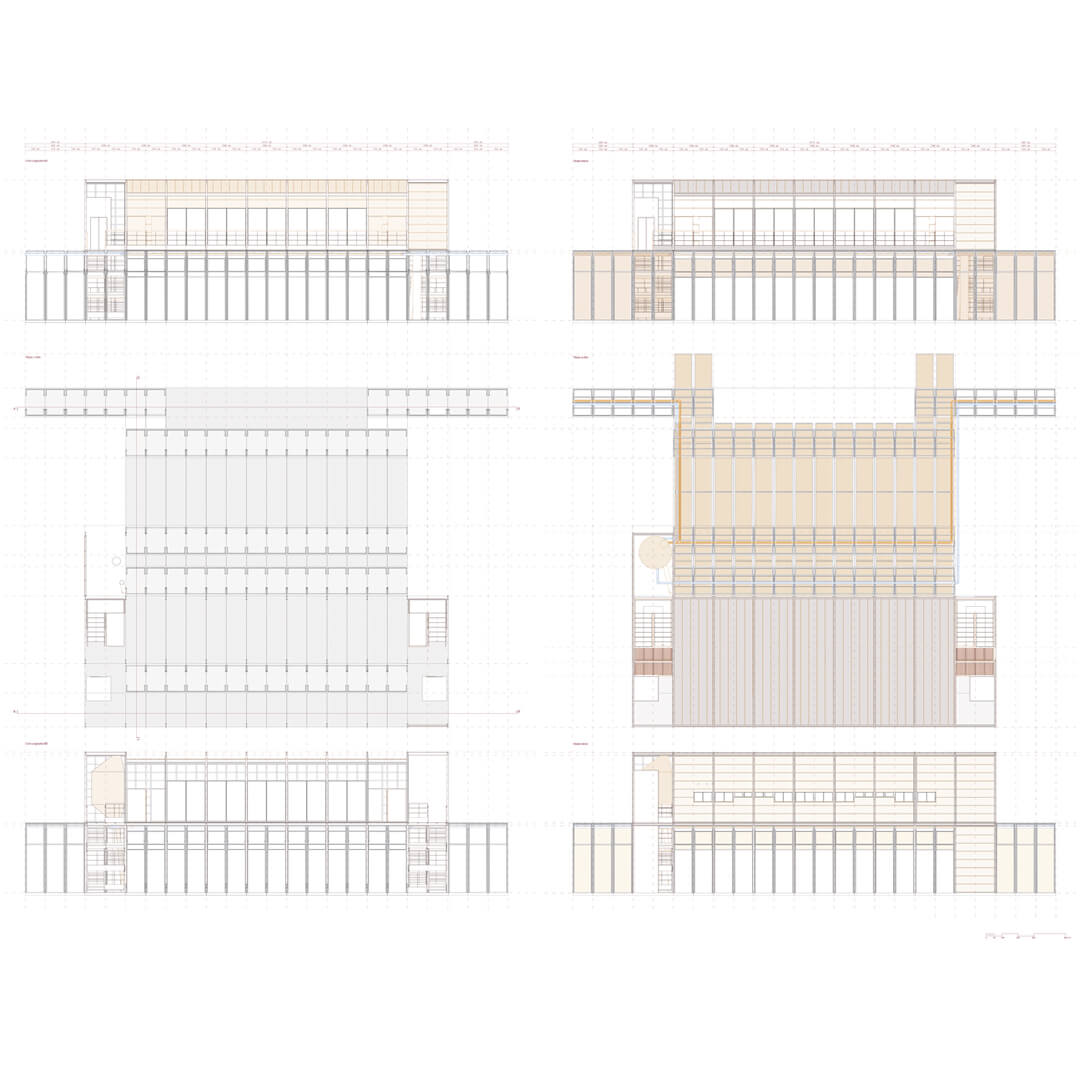 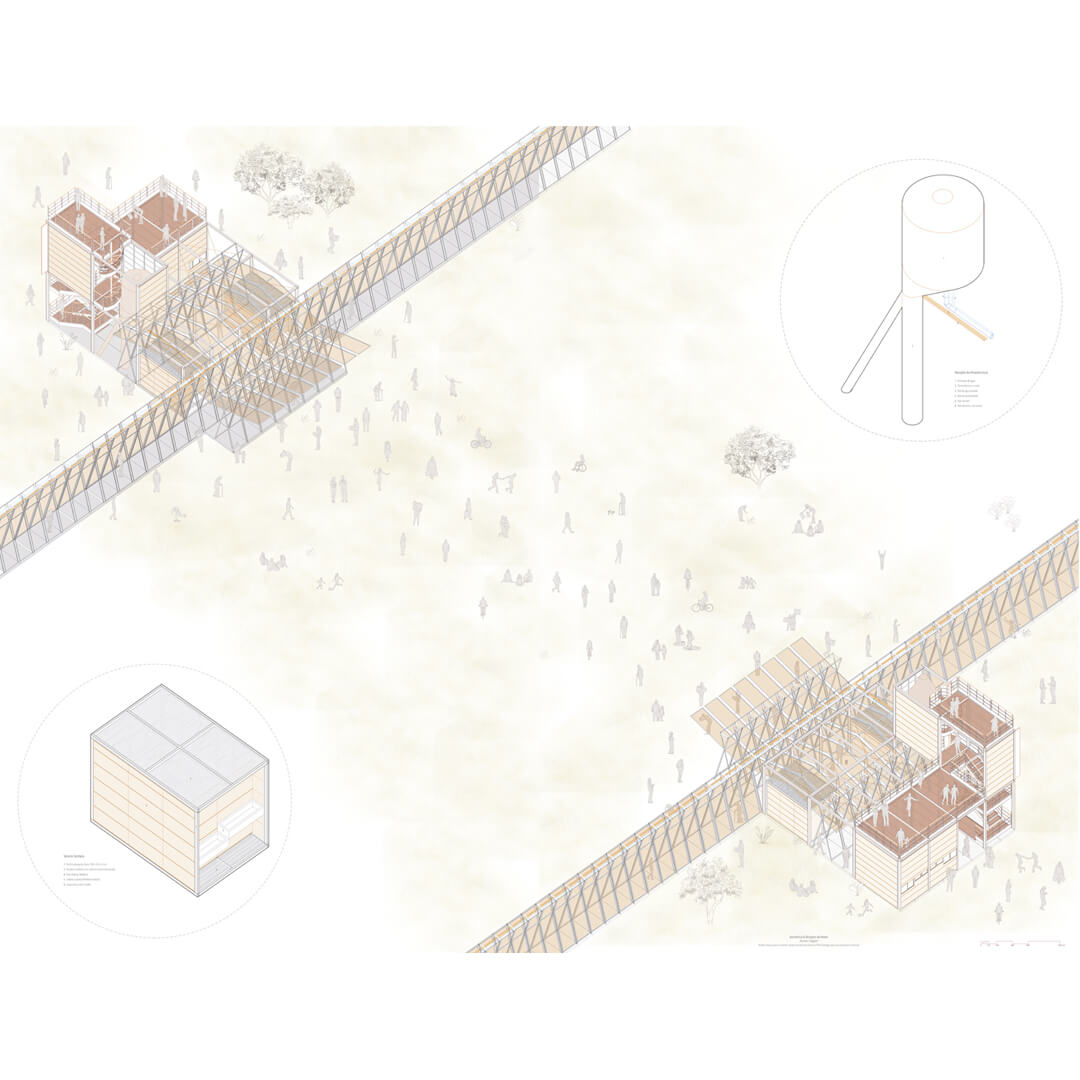 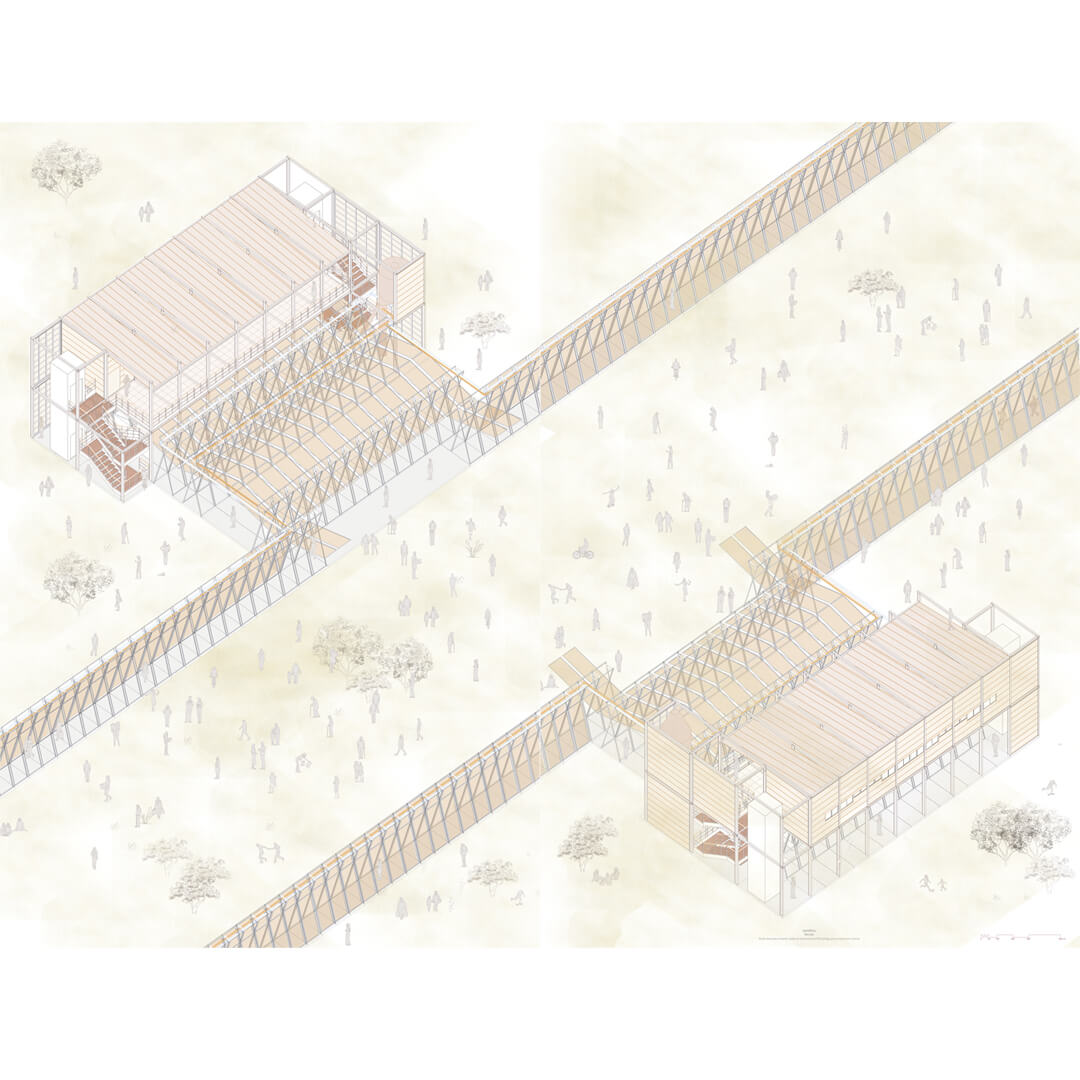 “If space has no limits, then do things extend infinitely? Architecturally, if defining space is making space distinct, does making space distinct define space? If a space is a representation of an idea or a thought that is signified, does a space achieve its meaning through its relation to all other spaces in a context, or through all the spaces for which this space has become metaphorical? If space is neither a social product (an end result) nor a pure category (a starting point), is it an intermediate (an intermediary)?

Bernand Tschumi —Swiss-French architect— begins his book Architecture and Disjunction (1996) with a series of overlapping questions that seek to address the main dilemmas in terms of space. The selection of these four approaches summarizes the principles with which the project is framed and guides its mission. The definition of the limit of a space, of the edge with which an exhibition is related to its immediate context, is not only a determination of the layout but also of how that limit is configured as a space in itself. The thickness of this piece or tape —term used by Tschumi— is also a matter of discussion, where its position considered as an in-between —interior-exterior— requires a meaning either at a programmatic level, of an experience or as a formal instrument. 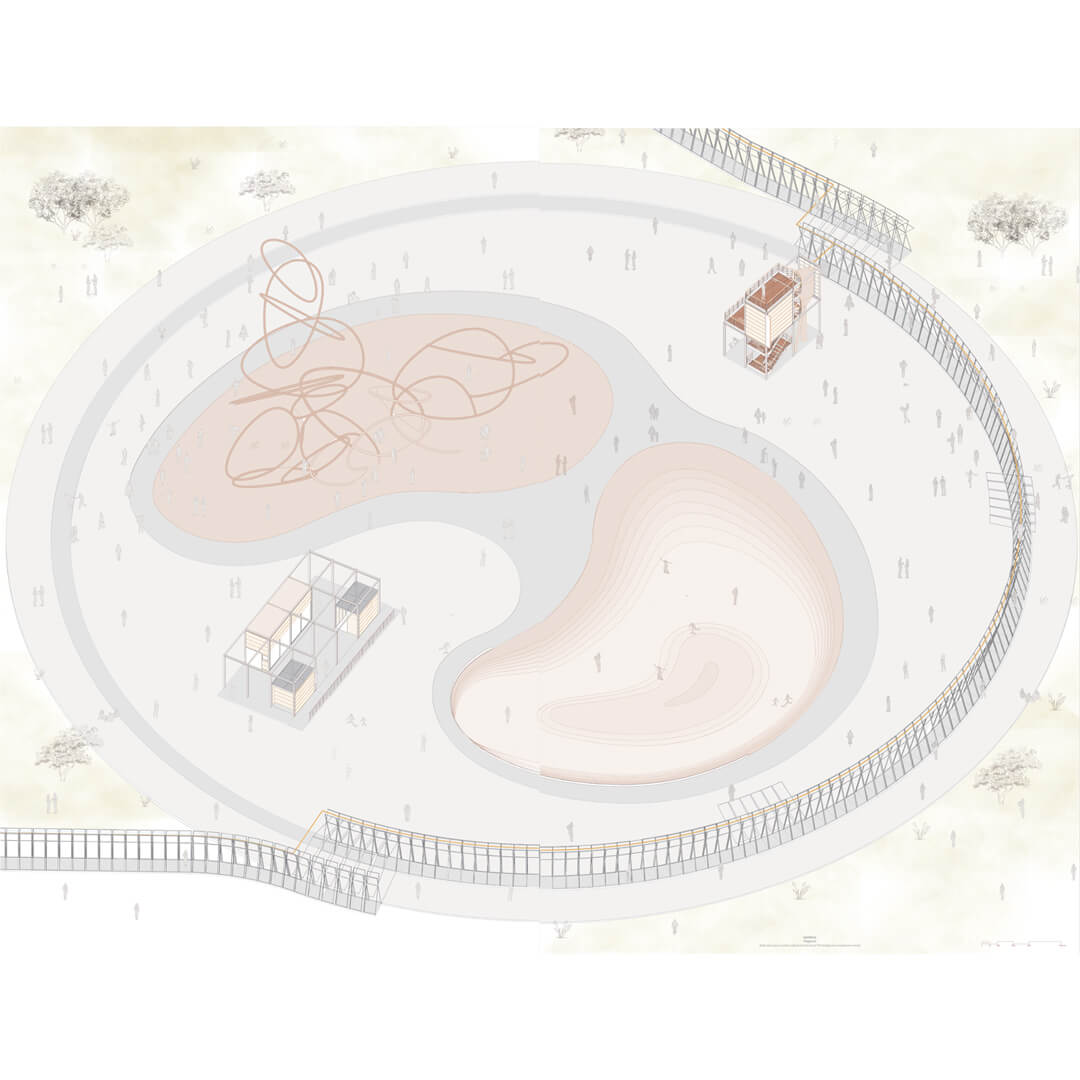 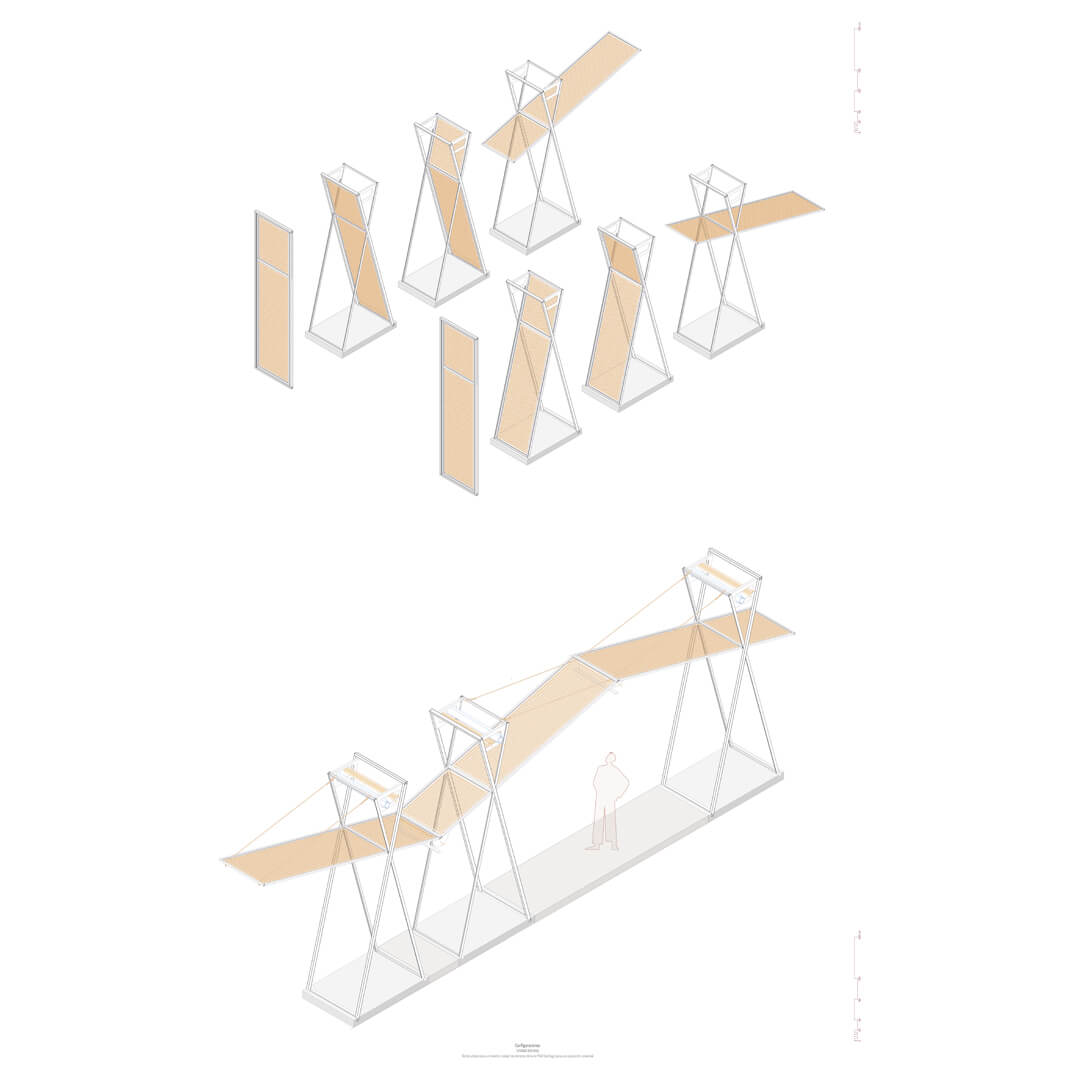 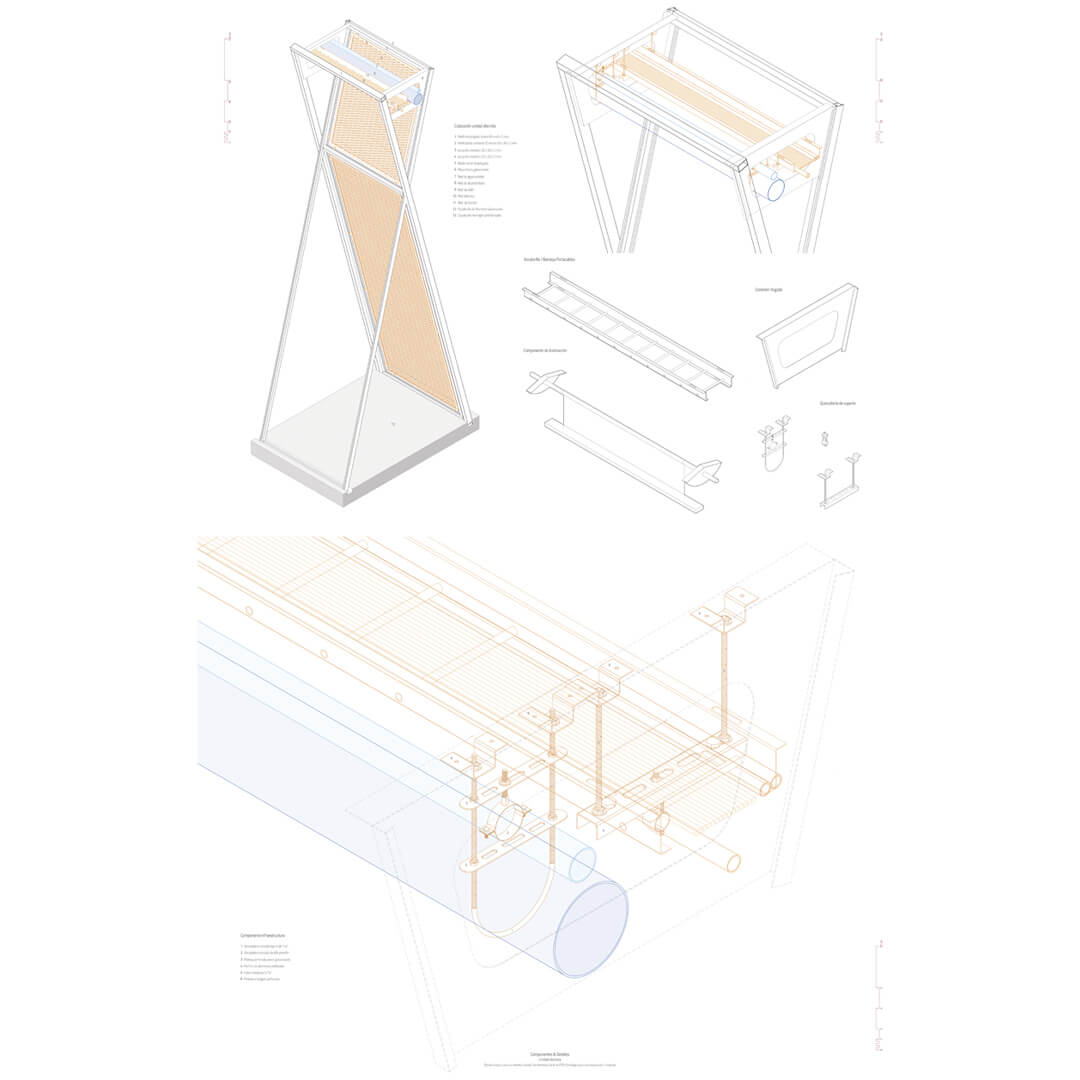 The project “Urban edge for a city-event: the grounds of the former FISA Santiago for a universal exhibition” seeks to answer these questions with a focus on what is developed in the thesis: working with the concepts of edge and grain of the context in where an expo is located or, later, any other event-city that requires these large spaces. Thus, on a large scale, a tape is contemplated that surrounds the entire cloth that FISA produced in Maipú and that is now abandoned. Therefore, the aim is to incorporate this urban fragment located on the outskirts —between Avenida 5 de Abril and Camino Melipilla— to the rest of the city, allowing this linear intervention to extend to other nearby points as well. The way to face this foundation is through work with a repetitive, serial construction system, but at the same time allows eventualities. That is to say, at certain points operations are presented that allow, for example, the transfer of this border from an exterior to an interior or also to be a moment for leisure. This system, which originates from a repetitive and multiple configuration unit, can also contemplate the factor of temporality and thus be able to be reconfigured according to the requirements that are requested in the future.