This project is based on the creation of housing units with variations adapted to shared spaces, the main idea is to promote the value of public use and its dynamics of interaction with the property, generating a mutual and homogeneous convergence between public and private limits. . 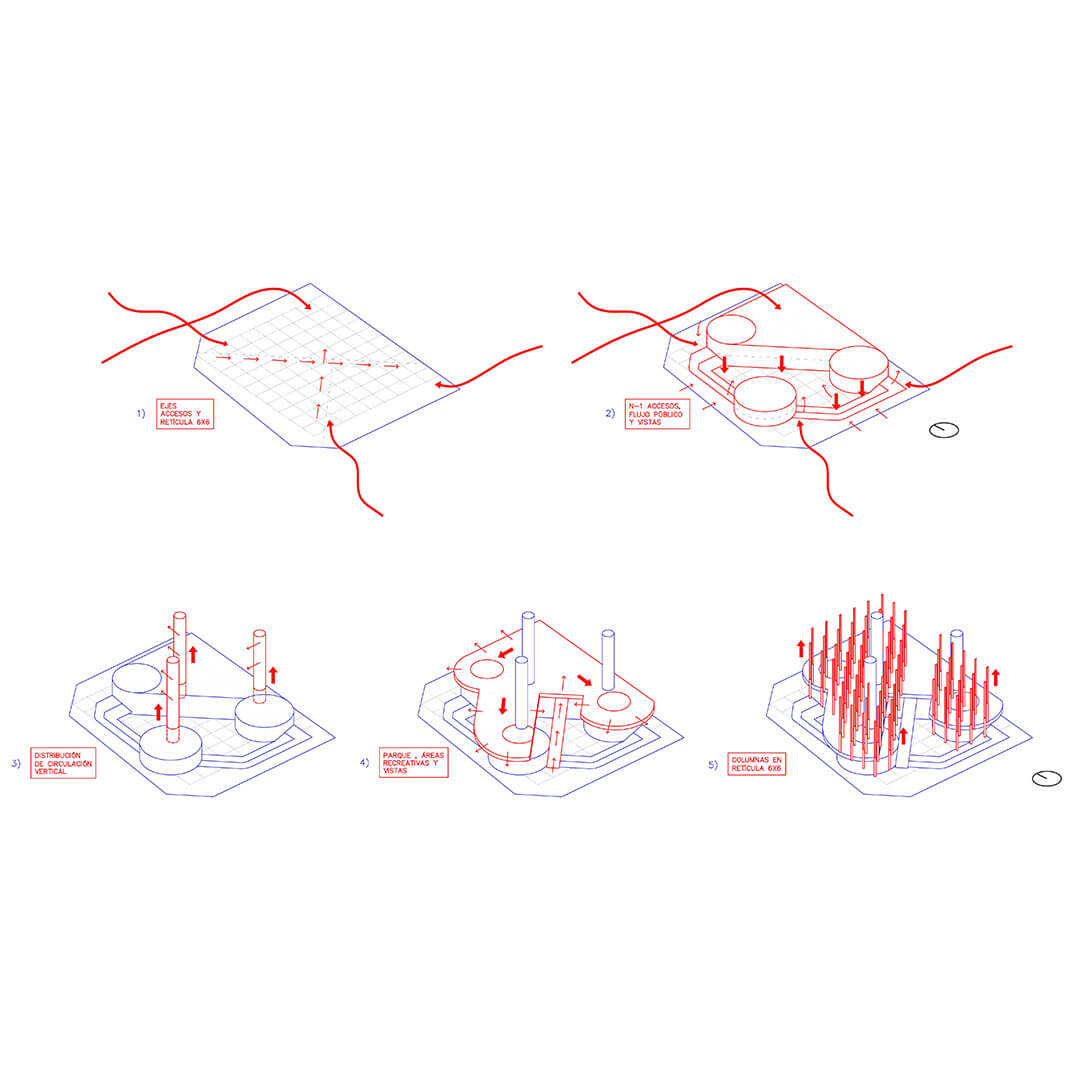 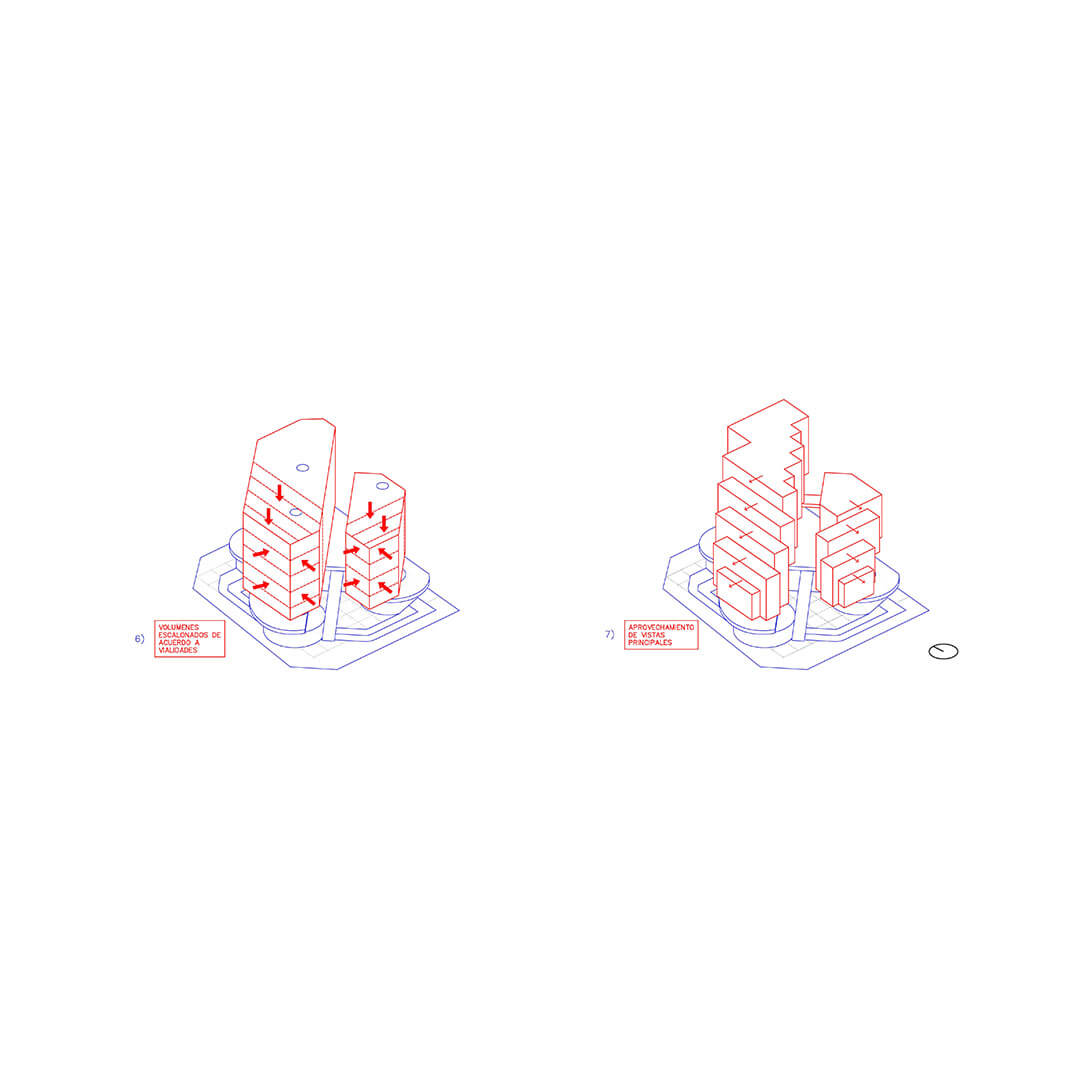 The references that are explored here are established under the typological observation of the neighborhood, the Doctores neighborhood in Mexico City has a high-density character and a society dedicated to trades, the neighborhoods and central patios generate patterns of spatial permeability, the housing units have community relations among their inhabitants. In this project, the possibilities of material interaction that the neighbors have established are explored, elements such as ventilation holes, laying cages, views, terraces and common areas have been reinterpreted from their context; thus generating a proposal with solid elements over time, promoting the use of sidewalks extended towards the interior and activities of social convergence. 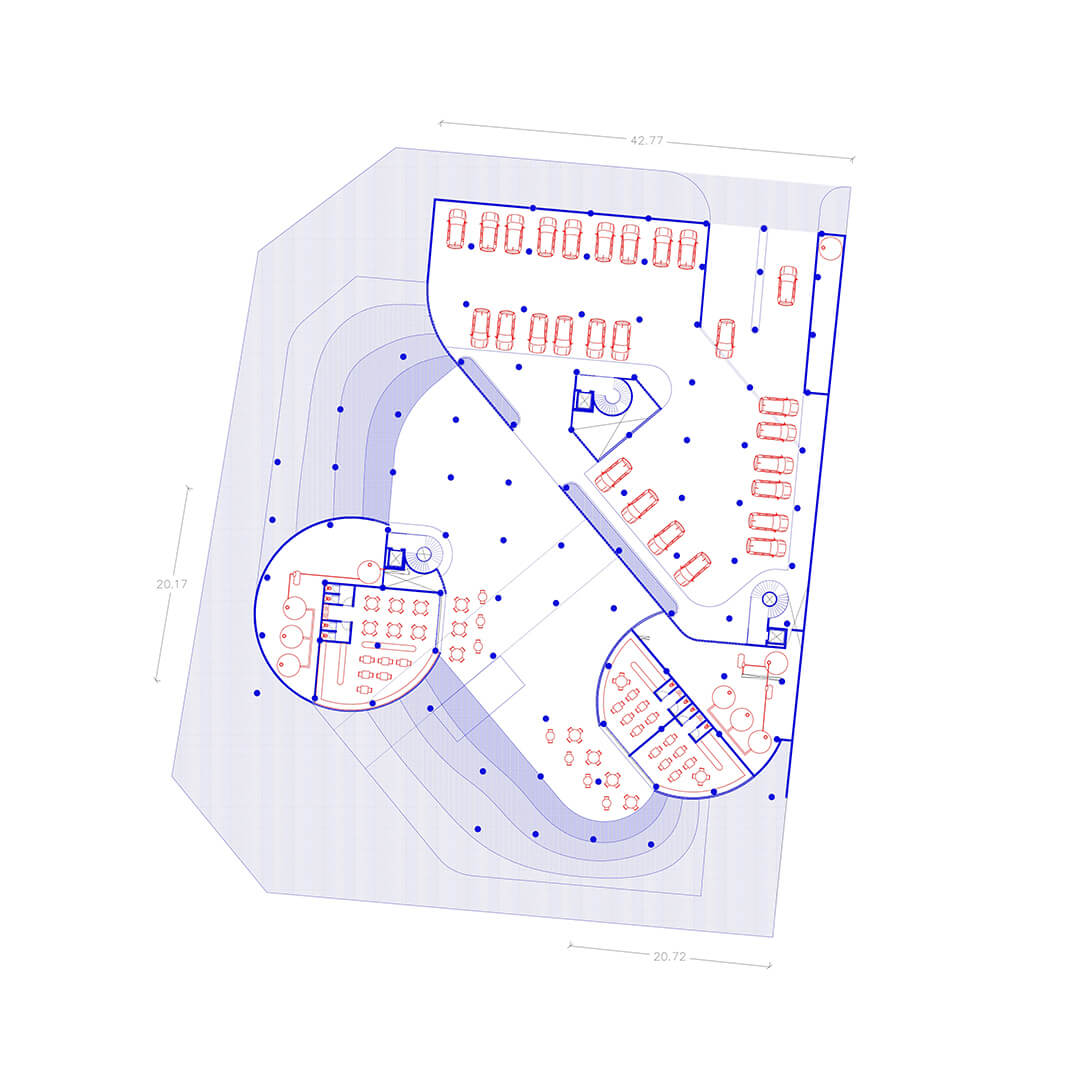 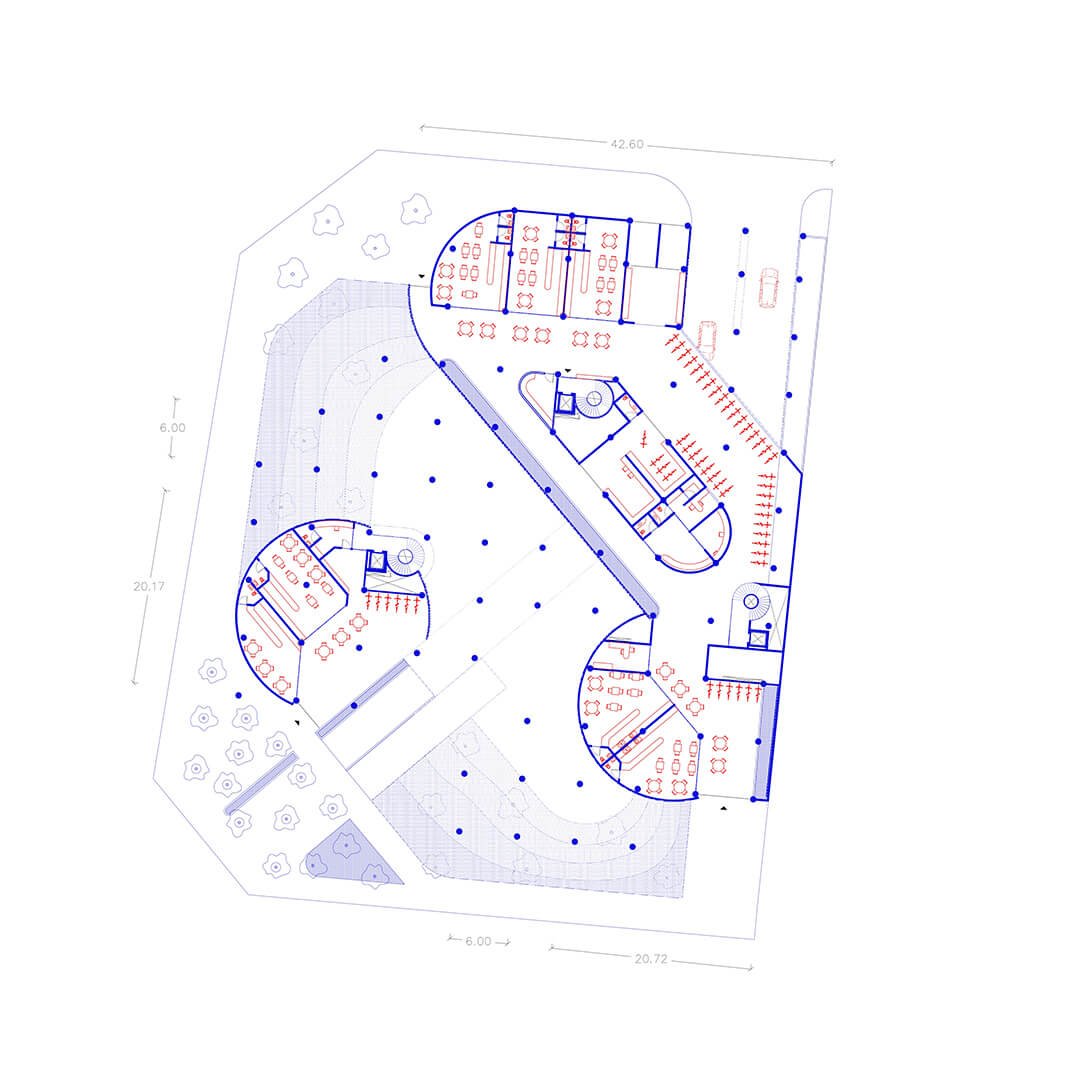 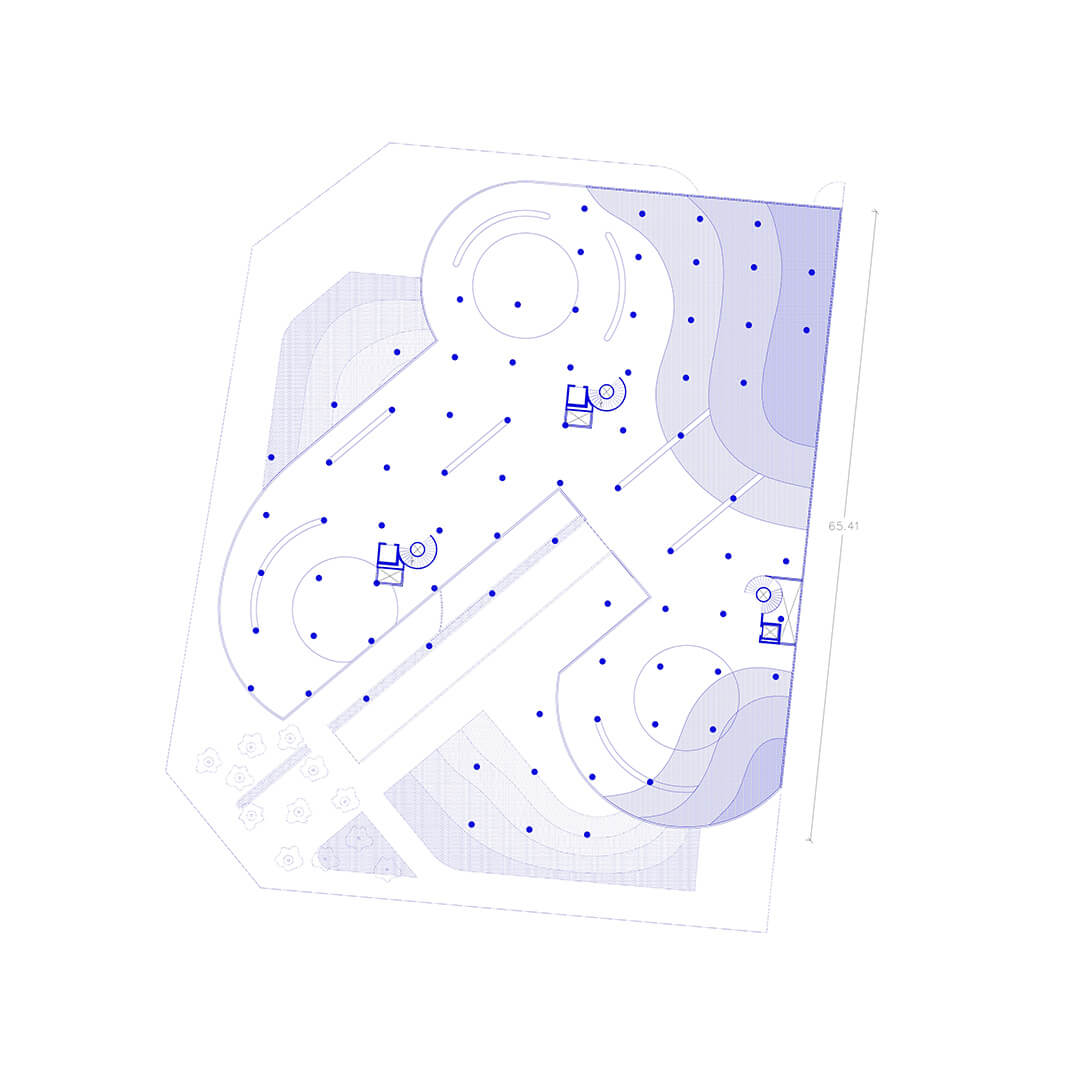 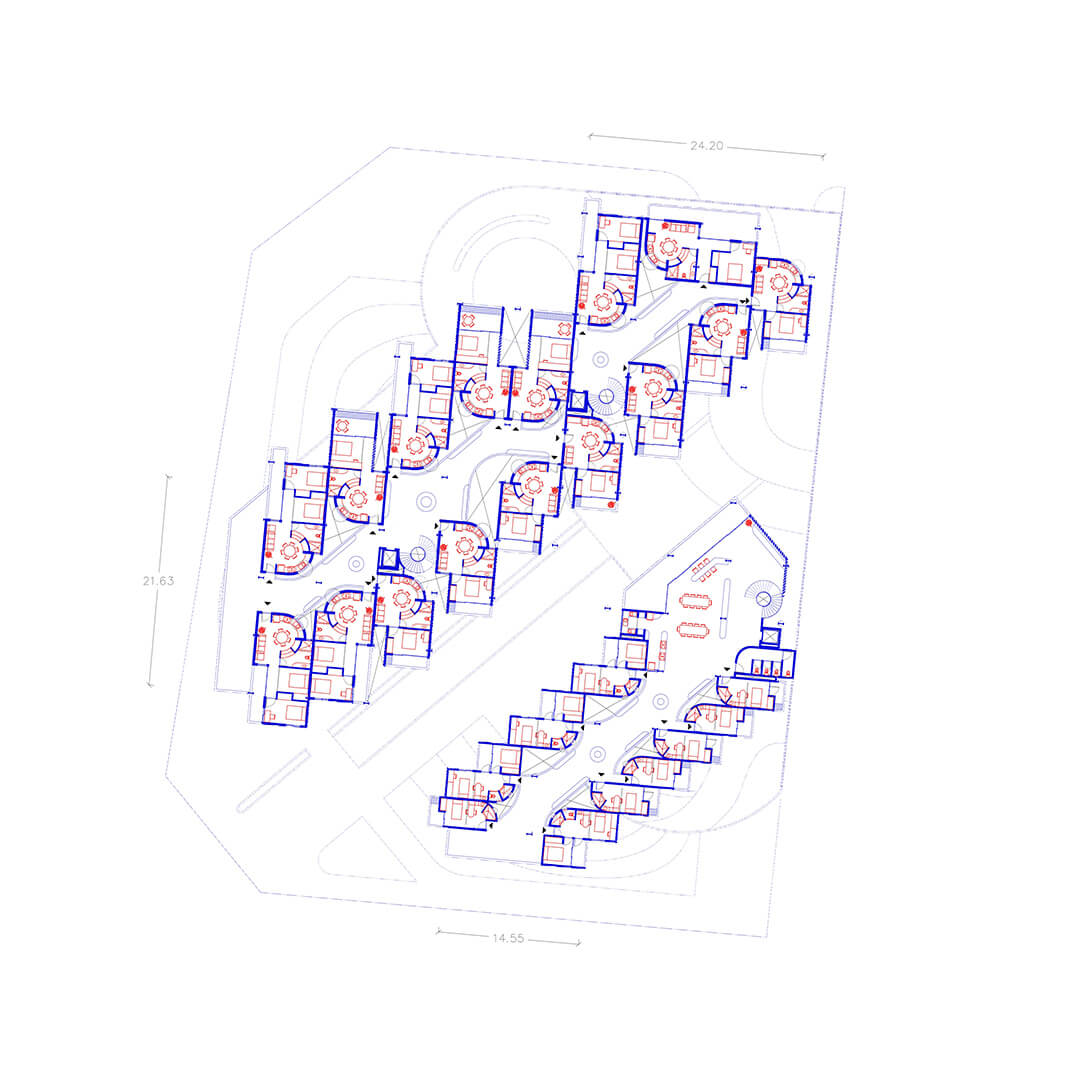 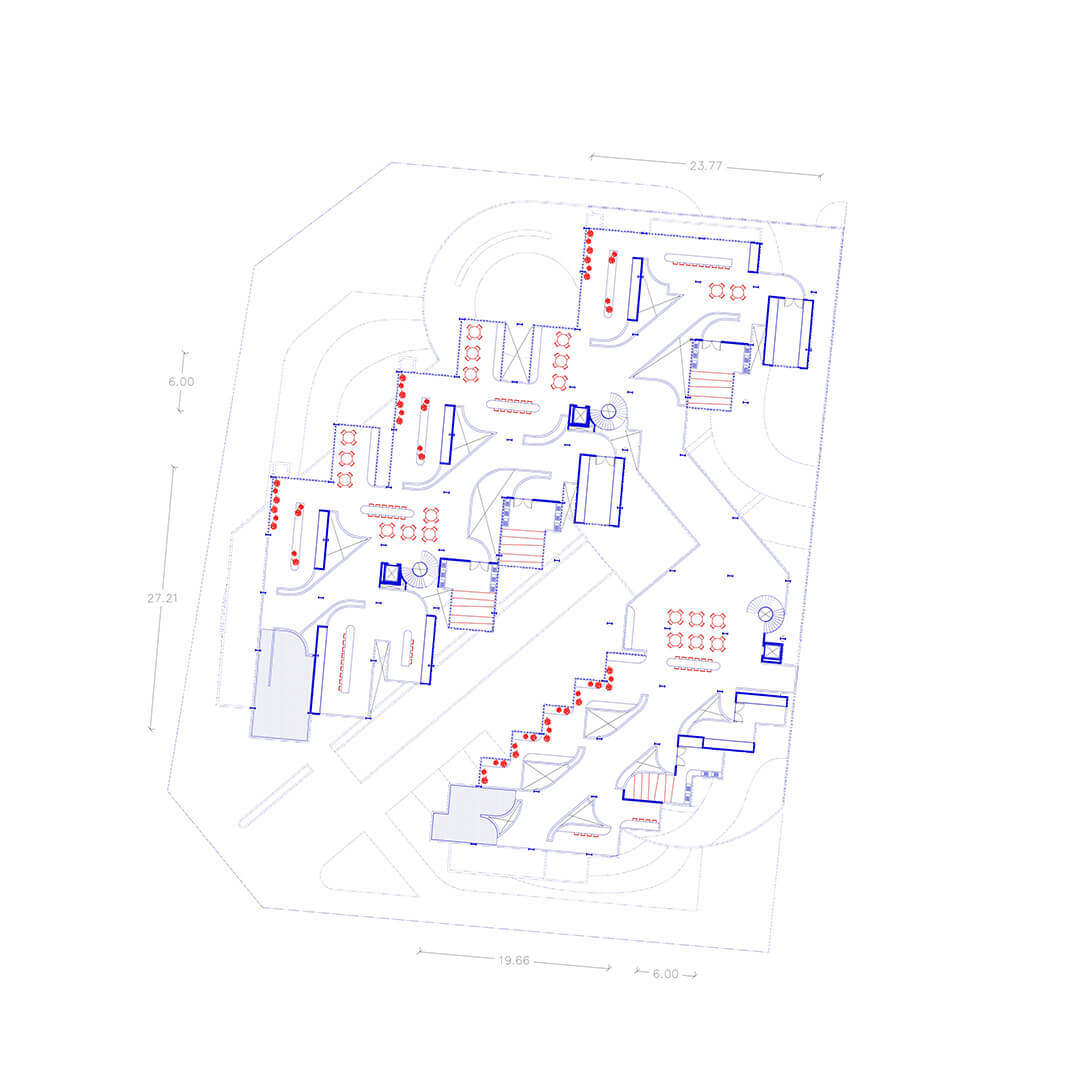 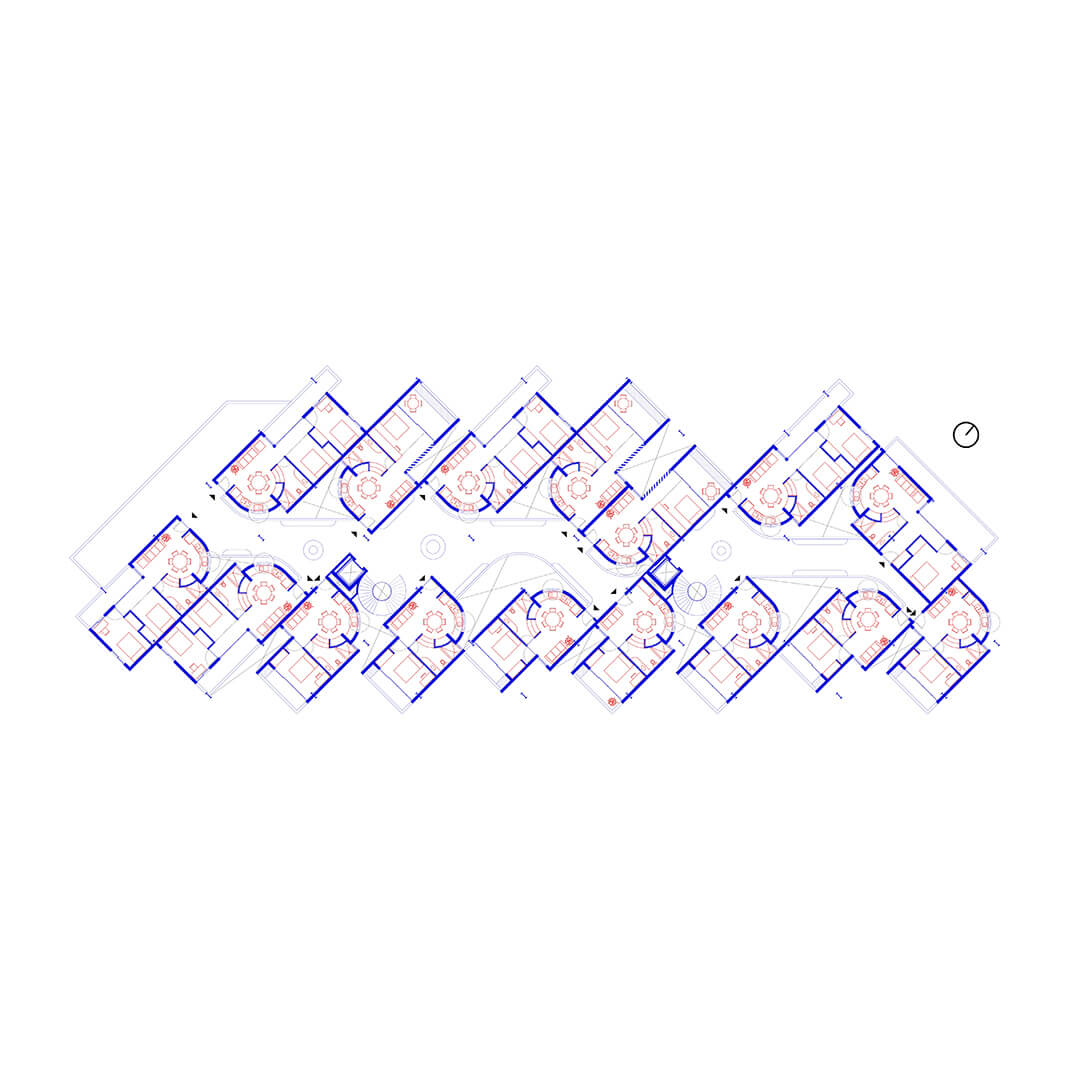 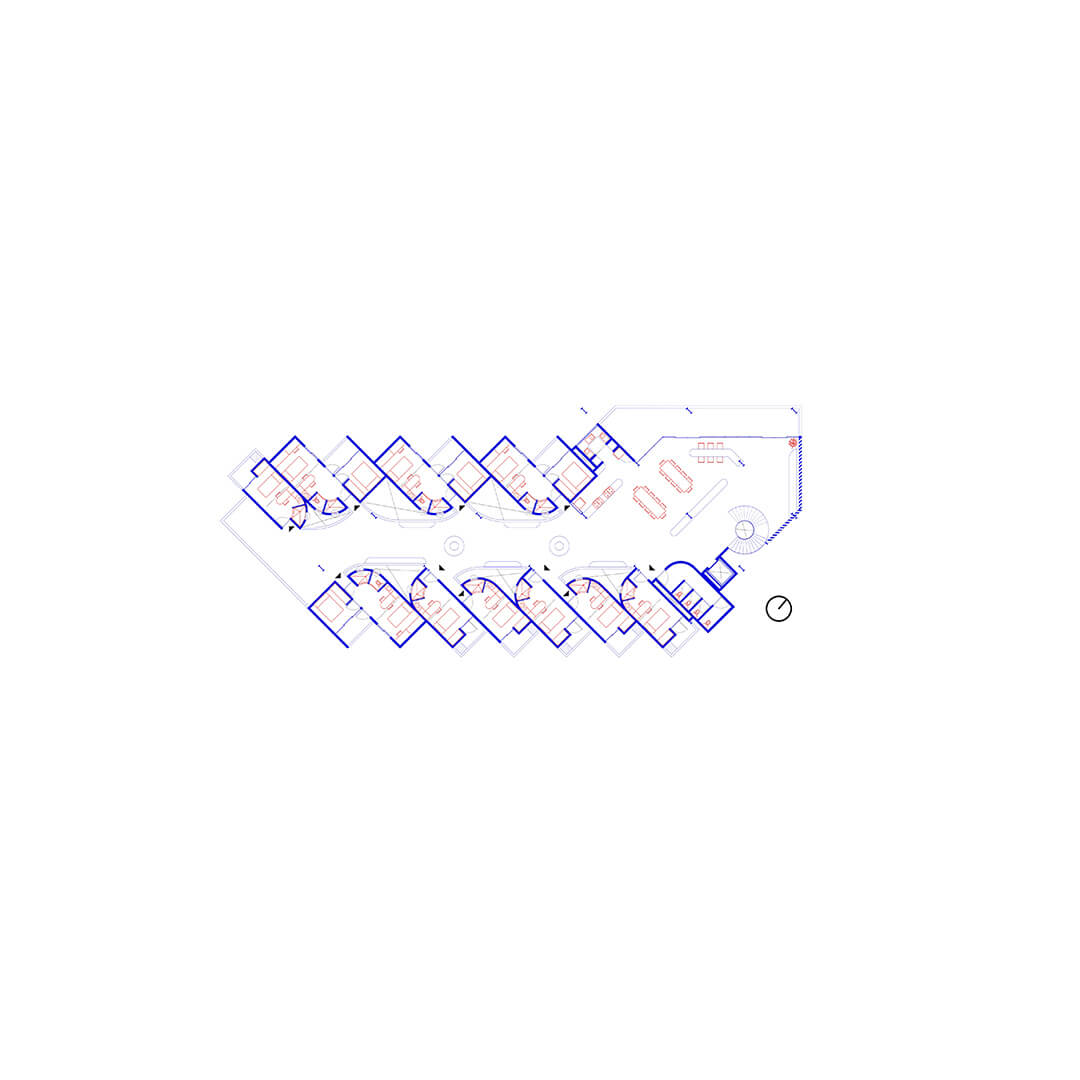 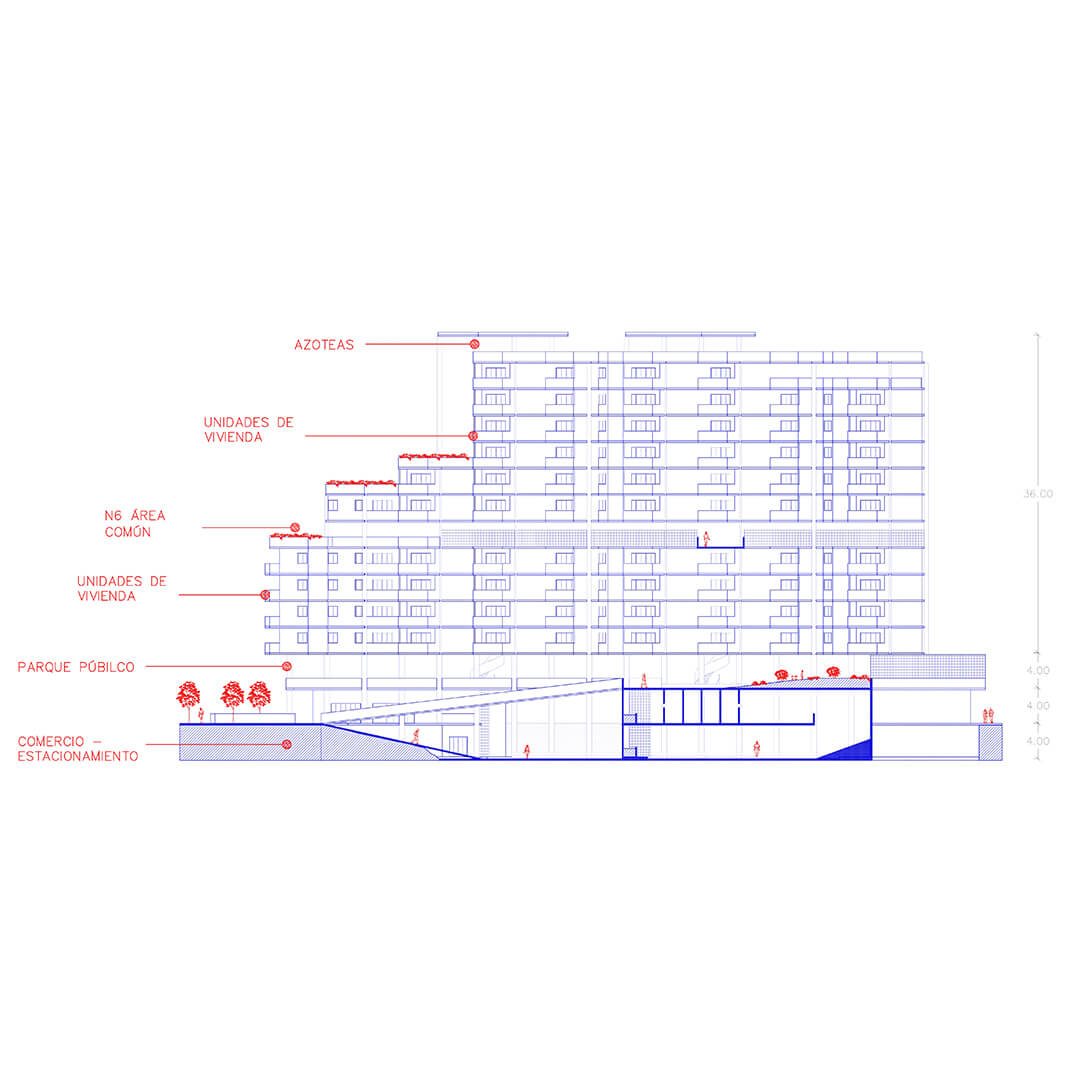 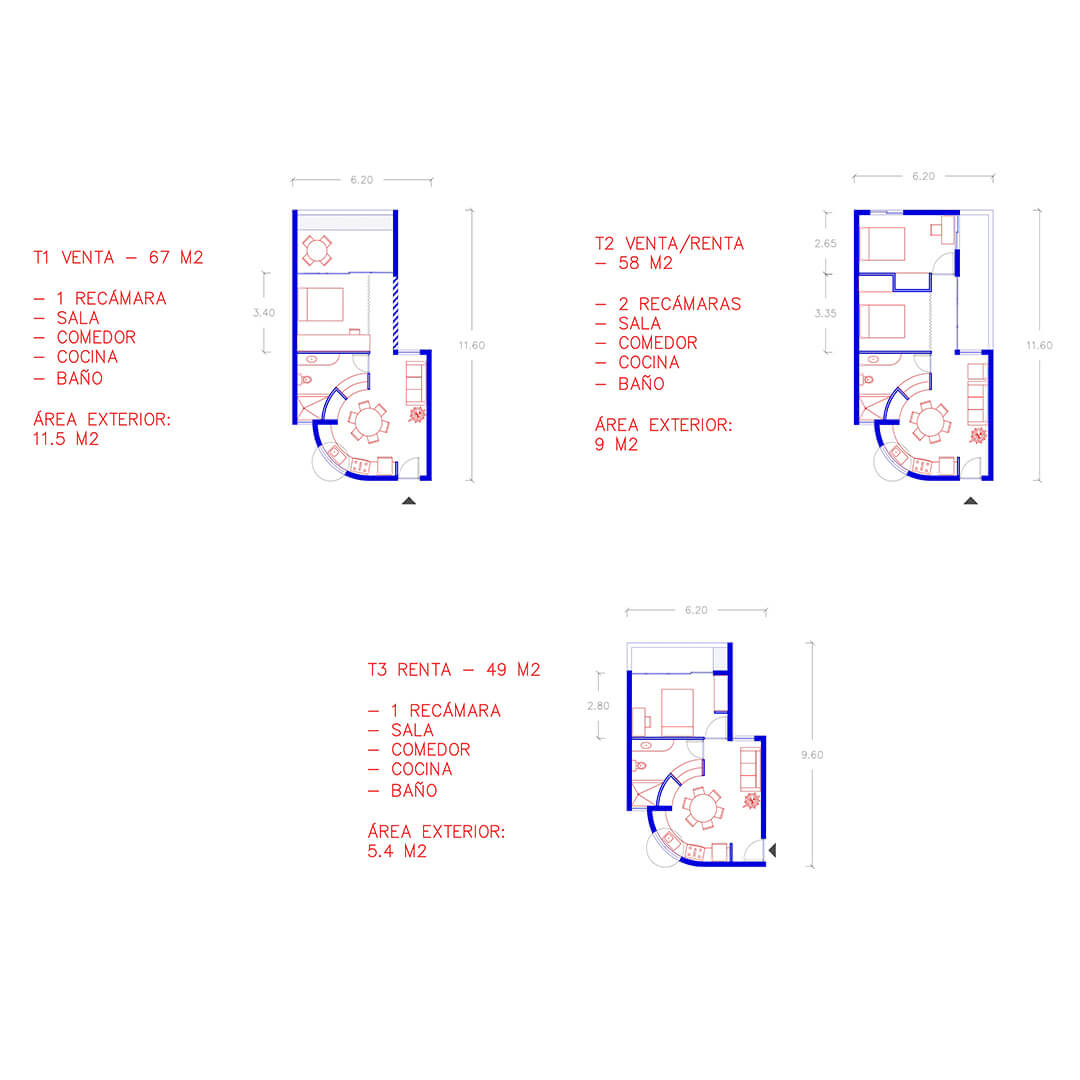 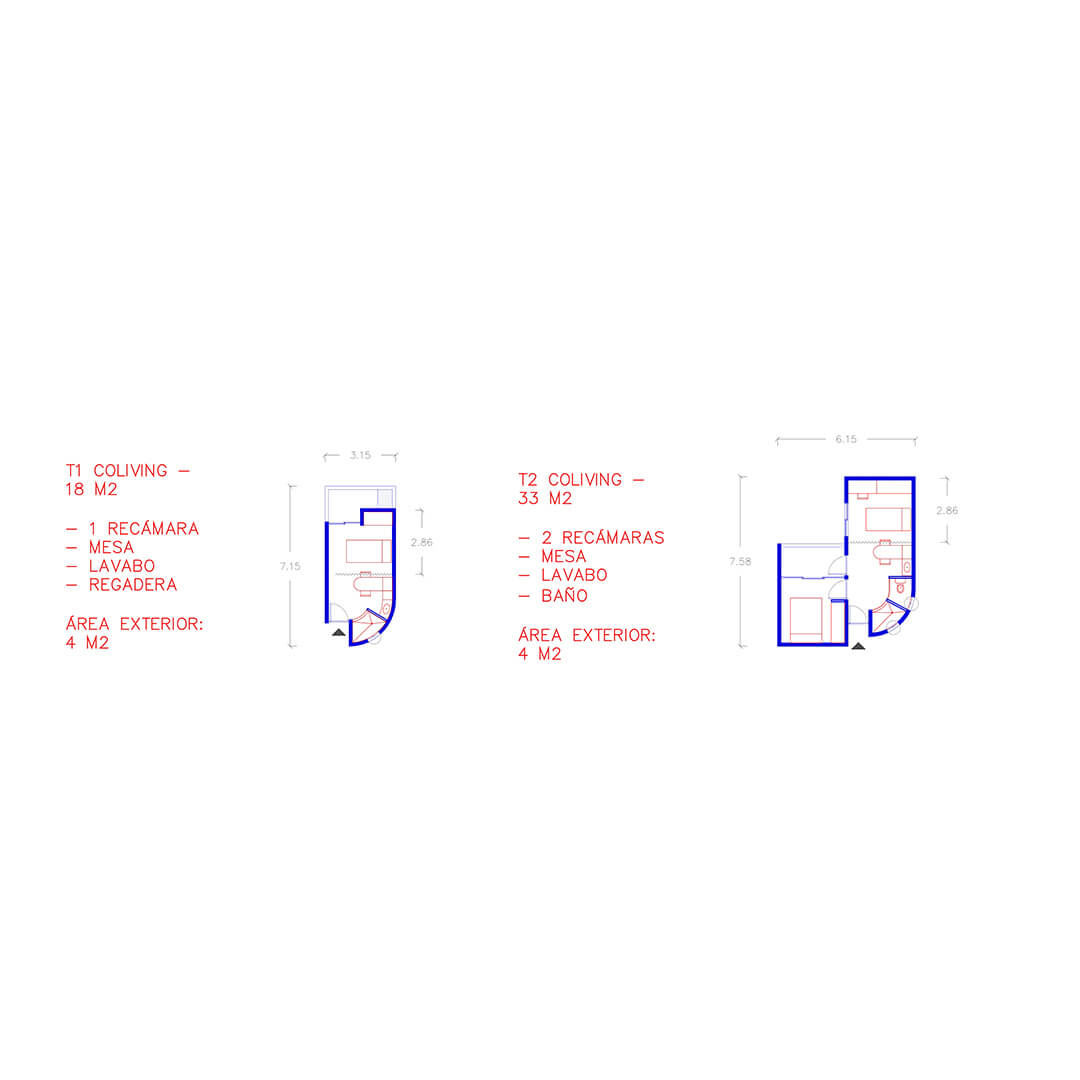 The observation of its neighborhood dynamics in the context of its location and movement resulted in the establishment of guiding axes, which direct the intention of the project by designating two public parks inside the property and generating a base which multiplies the dynamics of use. At level minus one, the extension of the public space is proposed right in the middle of the property, which it shares with the minimum area for parking, establishing the successive connectivity of the movement from green areas and ramps, expanding the recreation area, distributing and controlling access. The ground floor constitutes the nuclei of private accesses and commercial premises, as well as parking for bicycles, administration, surveillance and services, while on the first level semi-public activities are designated, such as recreation and rest, making use of elements such as the slope designed to refine and contain the earth on large surfaces, as well as filter rainwater and be able to reuse it. 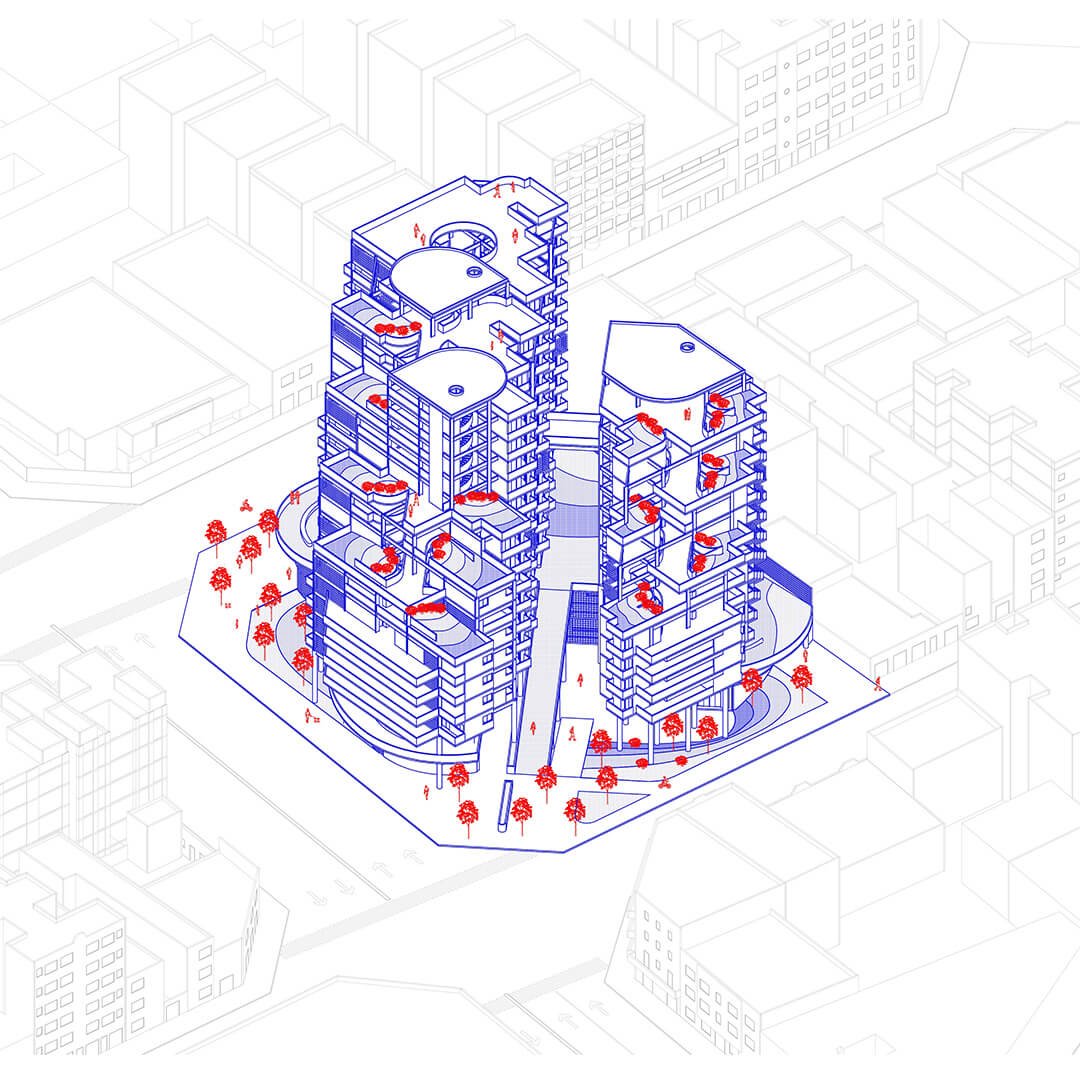 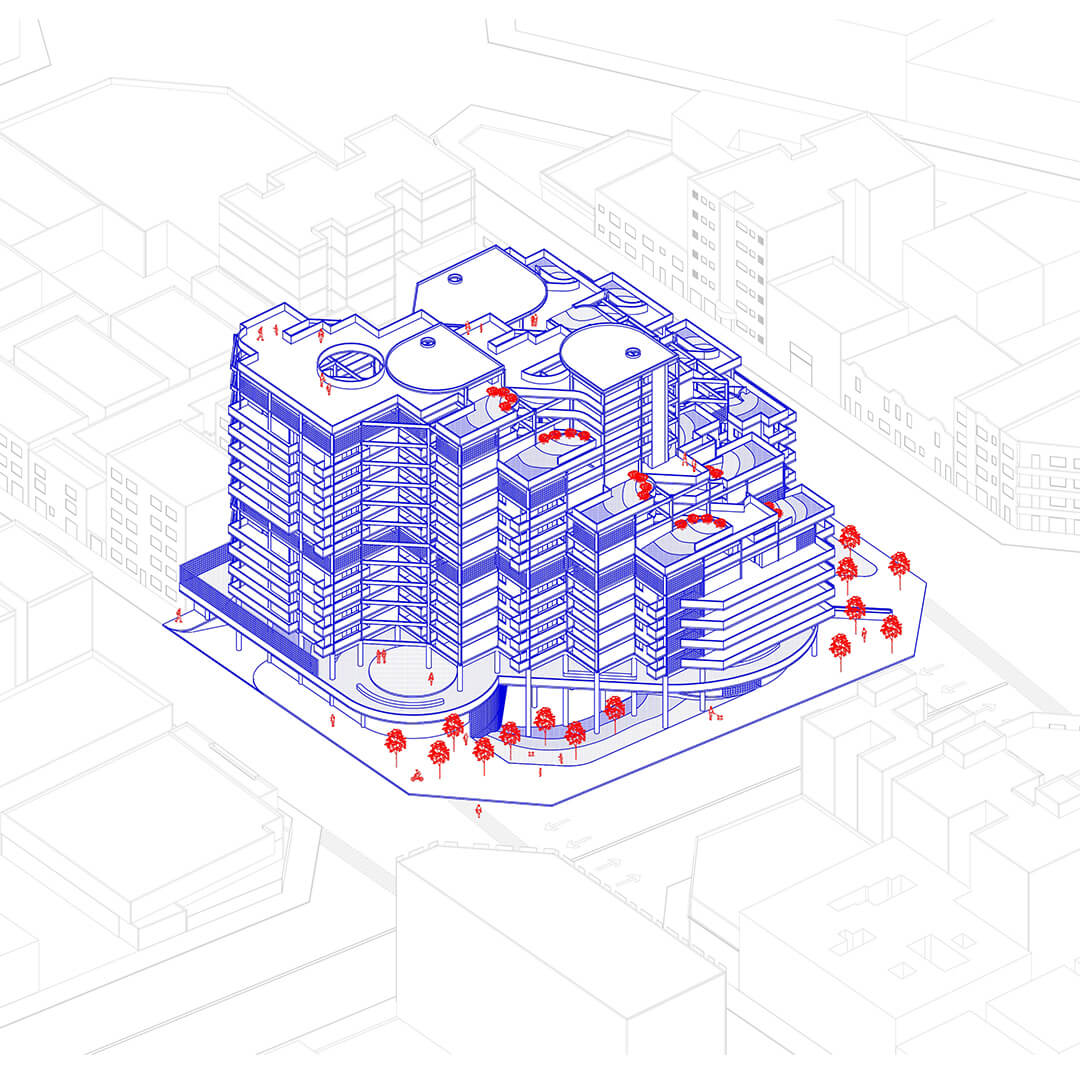 From the second level upwards, the housing units are present through the division of two volumes, which differ in their use and typologies, in the larger volume the apartments for sale and rent are designated, in the smaller volume the condition is generated through a co-living where common spaces such as the dining room, kitchen and living room are shared, while the bathrooms are distributed according to each of the typologies. The departmental units in this project are organized into five typologies, three for sale and/or rent and two in co-living, the conditions of the housing proposal are designed for temporary and relatively young users considering affordability in the social movements of the City from Mexico. 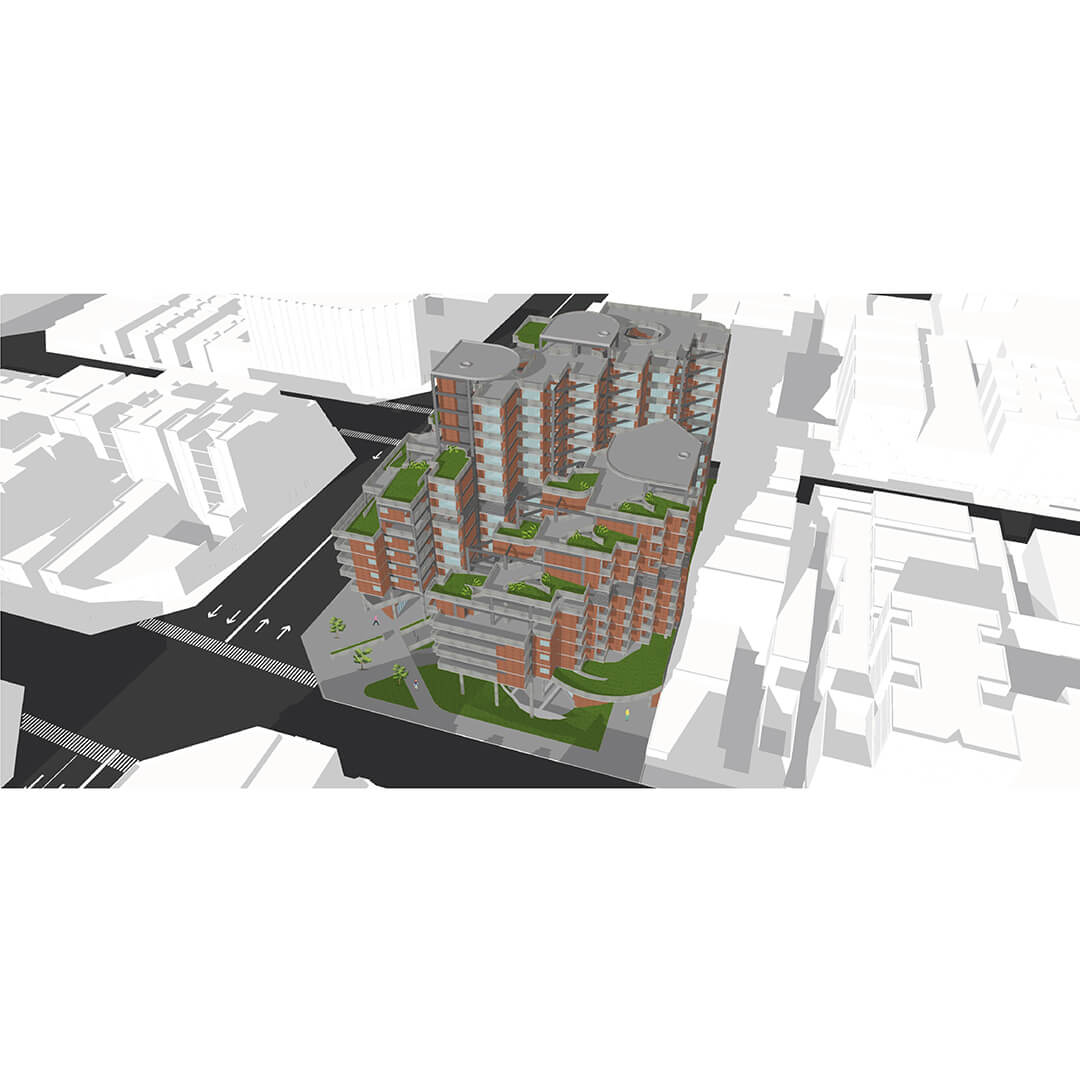 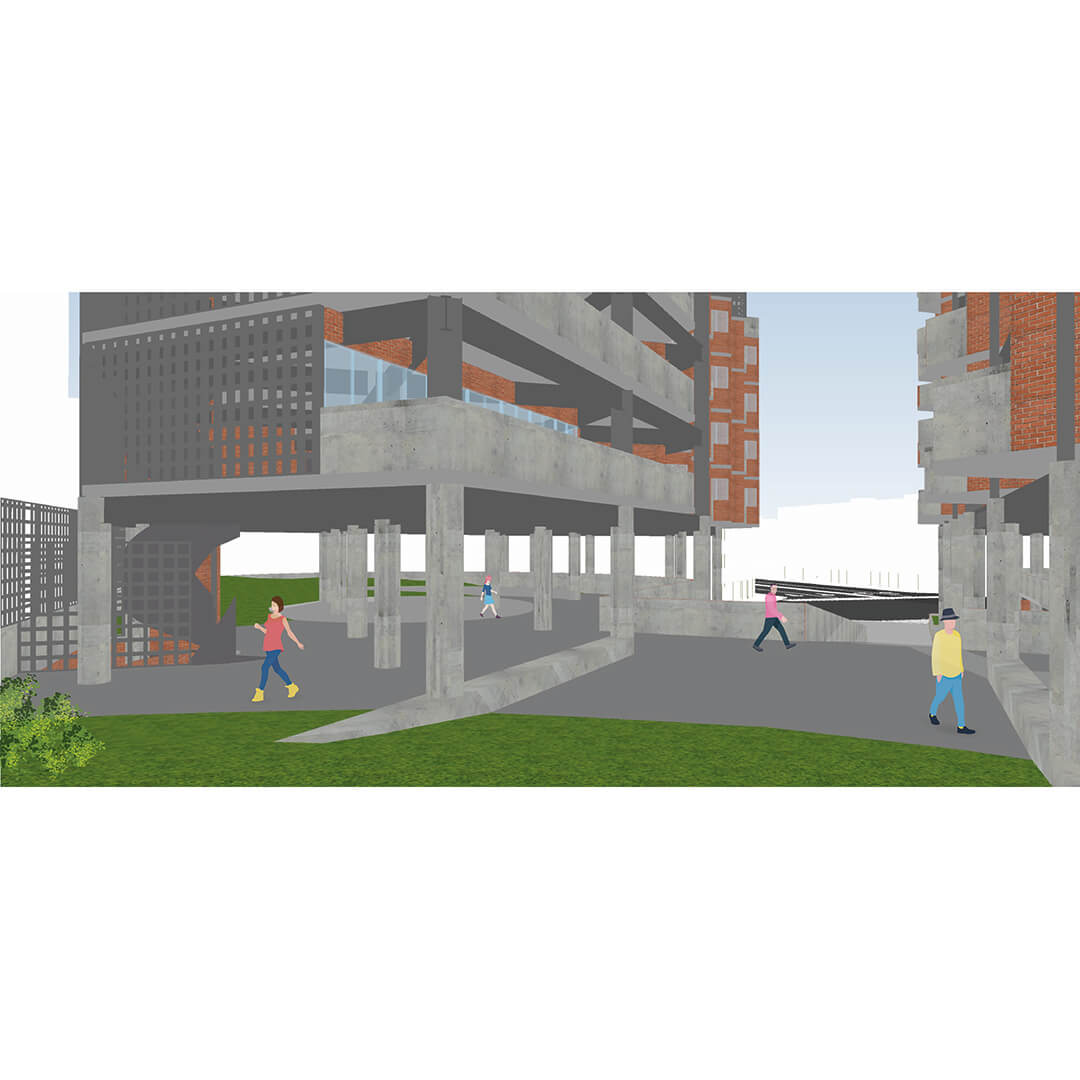 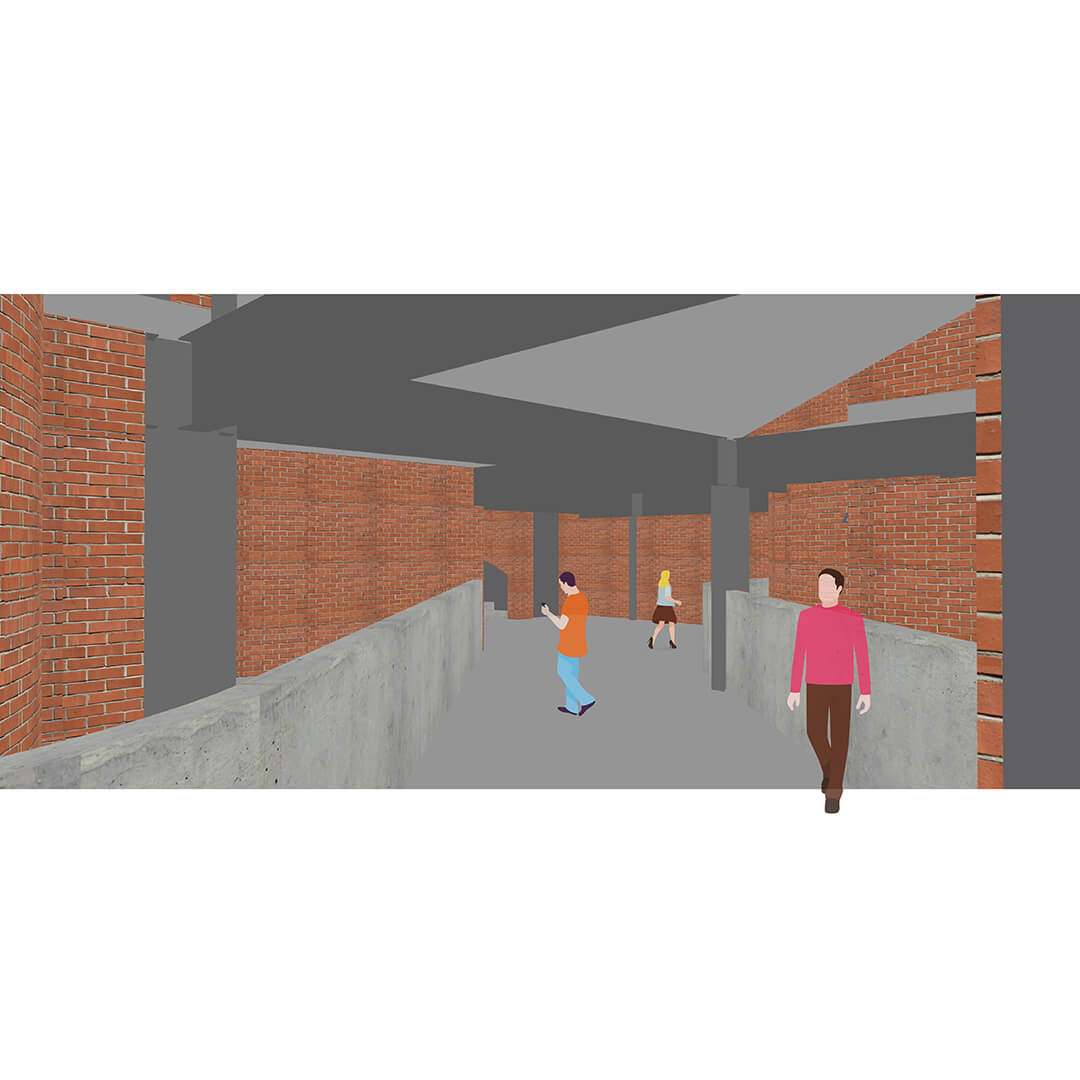 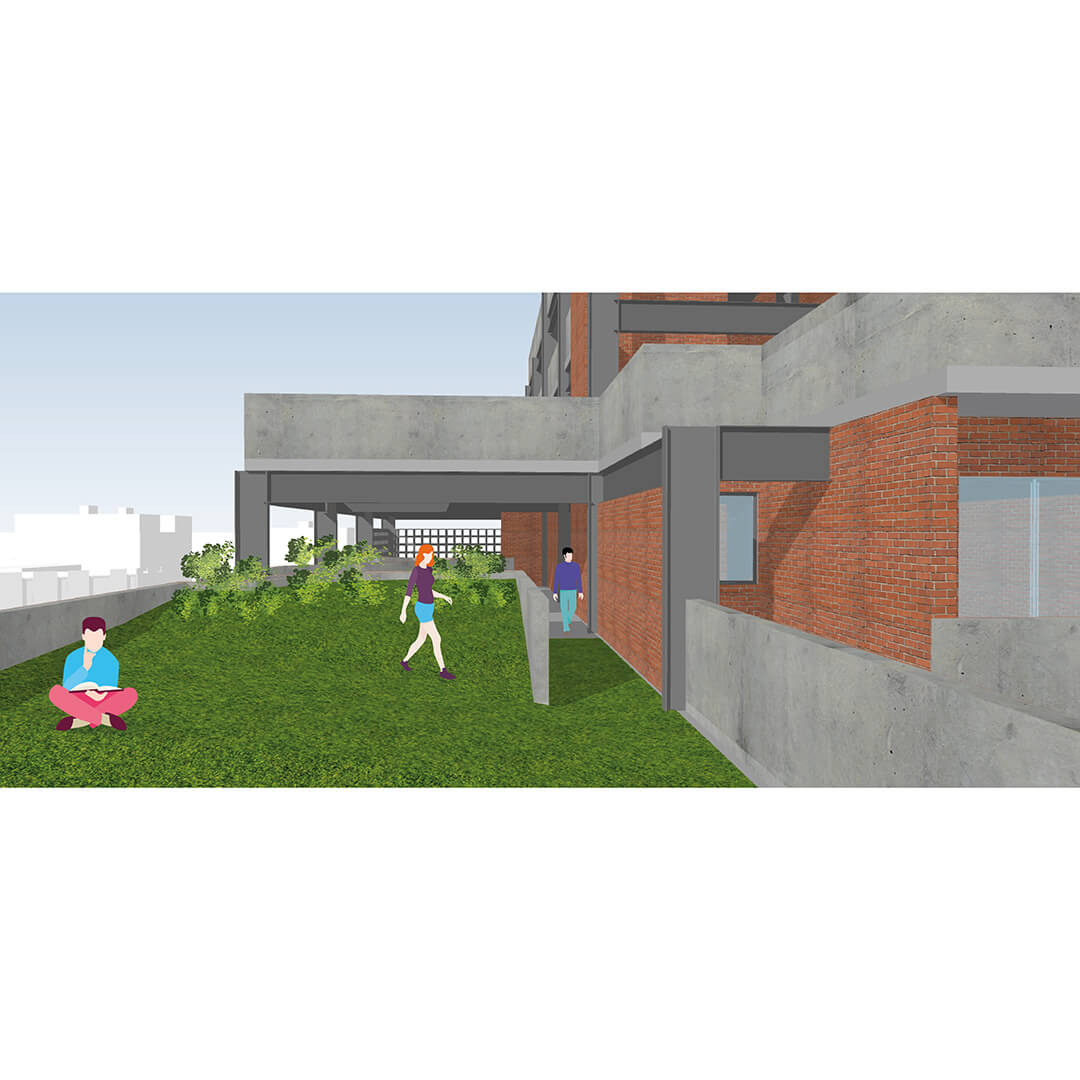 On level six, a series of outdoor activities are proposed, representing the notion of community among its inhabitants, offering service and recreation areas. In the two volumes, the terraces are repeated in each of the apartment levels, reducing the area on each floor, expanding the views and the successive permeability of the common areas, the roofs become analogous elements to these terraces and serve as a common area. for all inhabitants.