This project consists of short-term shelters to host scientists, researchers, photographers, environmental specialists, or any nature enthusiast during the busiest season of migration and breeding of birds. 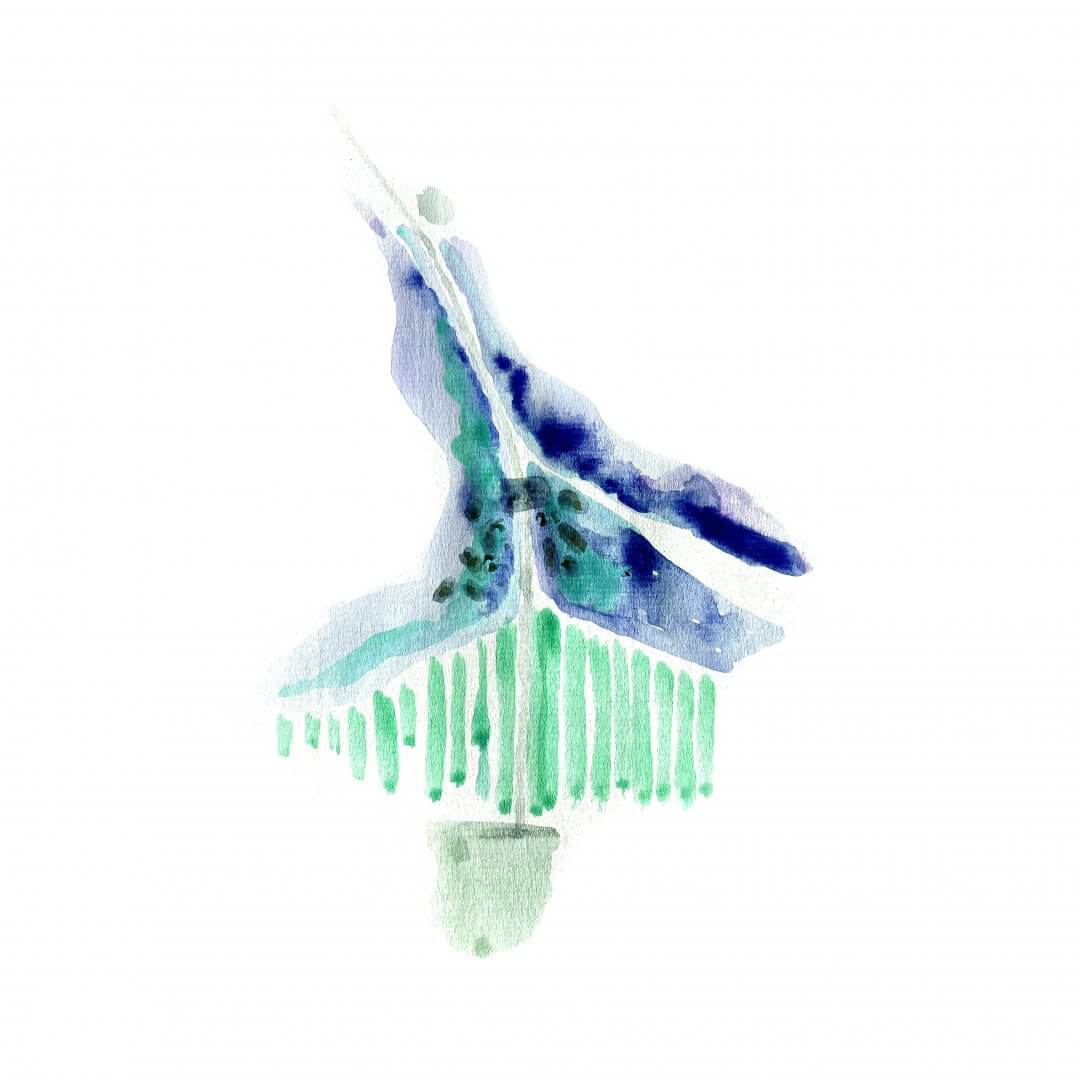 Delta del Ebro is the largest wetland in Catalonia, the most important bird migration area in Southern Europe. Flamingos, seagulls, imperial herons or the black-winged stilt are some of the many birds that transit and enrich this unique landscape with their colors, movement and the musical sound produced by their natural way of communicating. 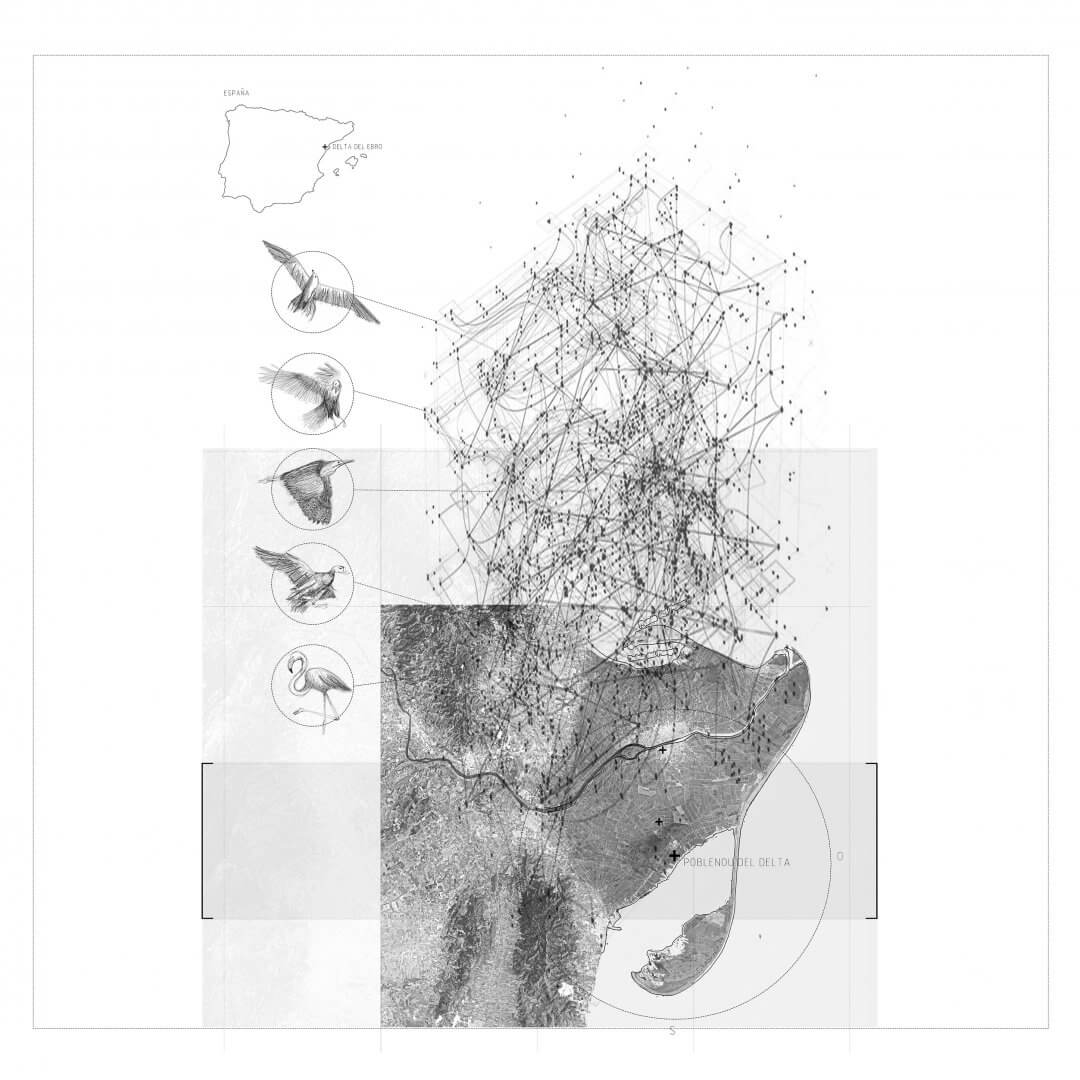 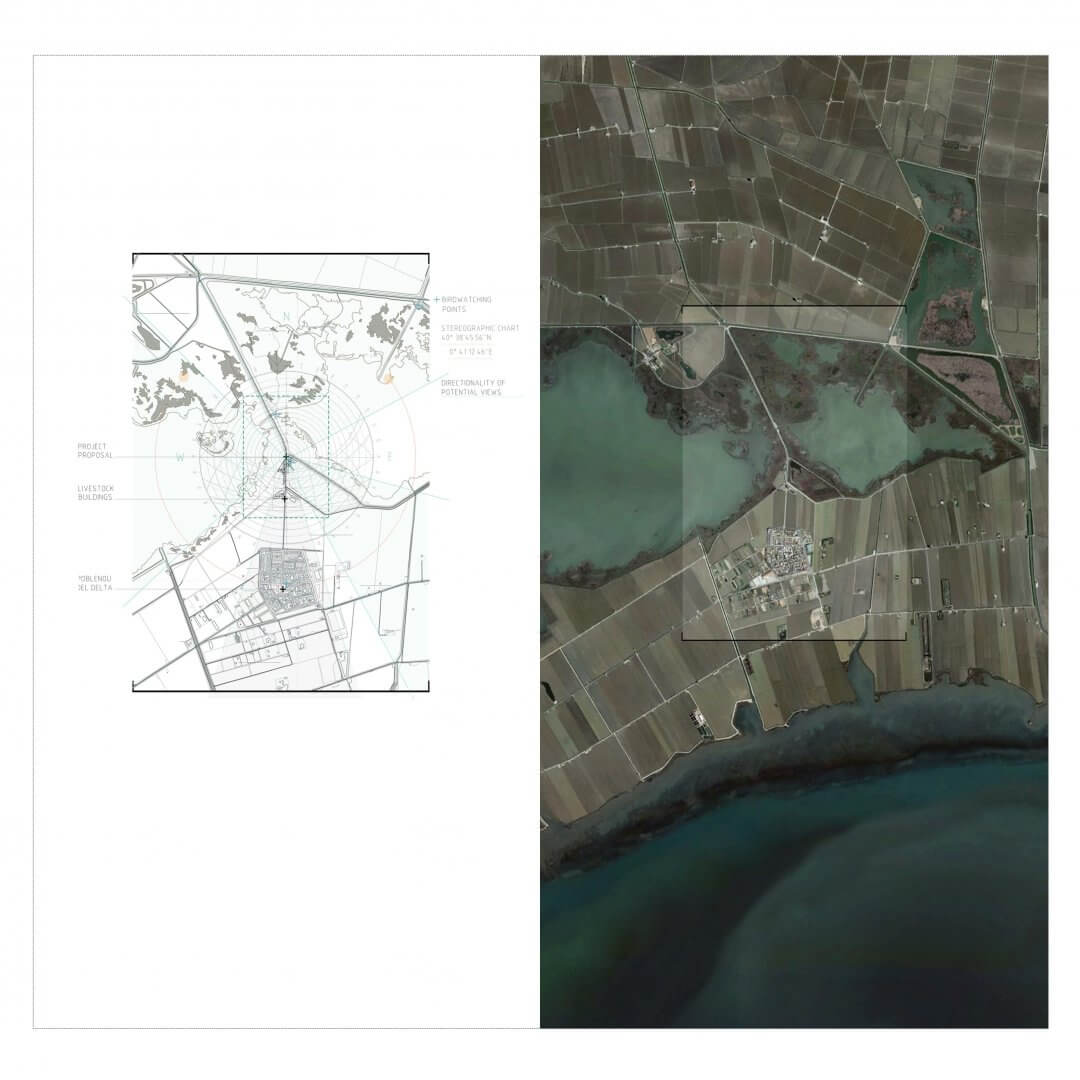 This project consists of short-term shelters to host scientists, researchers, photographers, environmental specialists, or any nature enthusiast during the busiest season of migration and breeding of birds. Additionally, the project completes a series of birdwatching points with a tower which is also an ecological bird shelter adapted to the needs of migratory birds in each season. 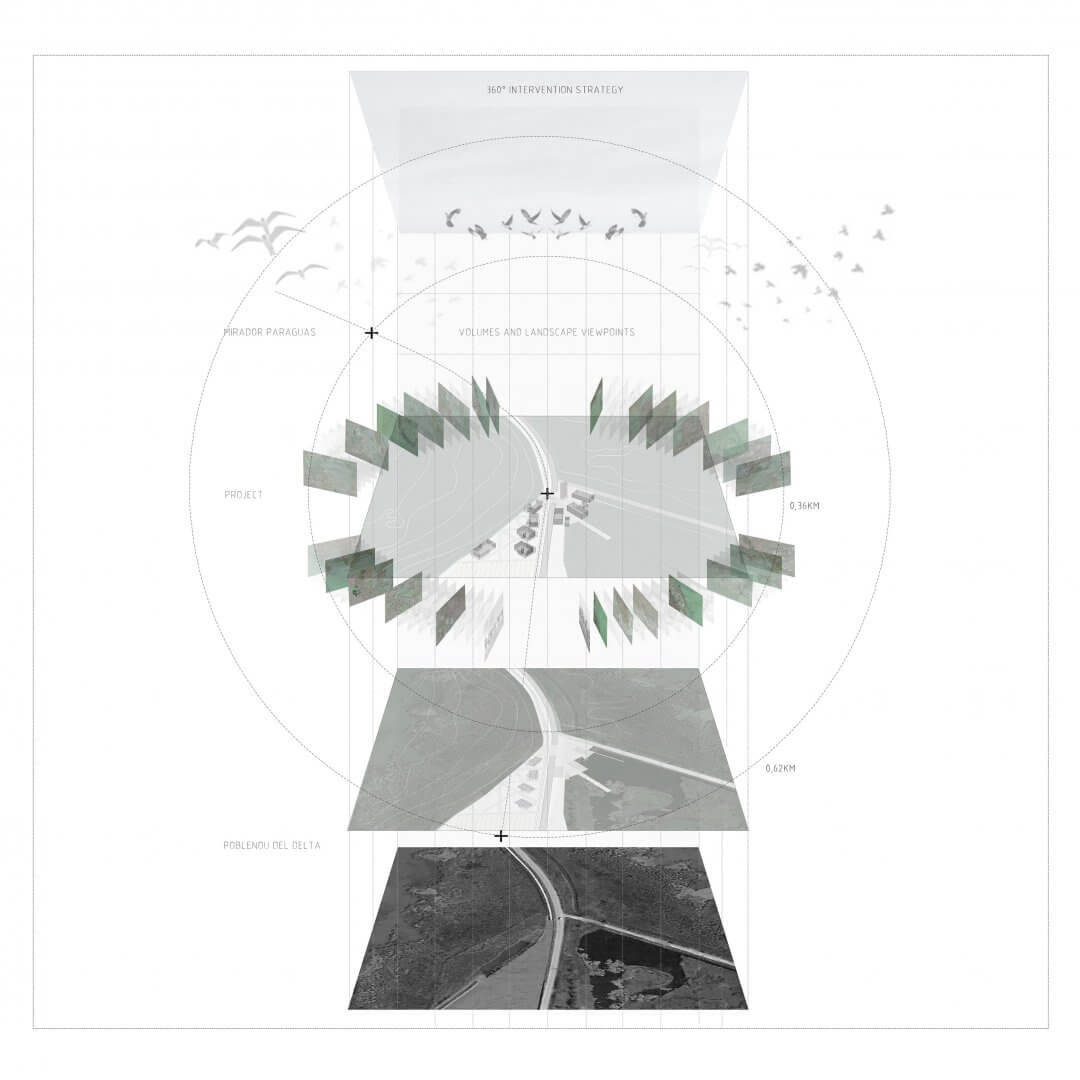 Nine volumes unfold subtly and strategically along the road that connects Poblenou del Delta with the closest birdwatching point. The existing road acts as an axis that separates the housing volumes for the scientists and researchers from the volumes dedicated to complementary facilities for the area. Due to the high dynamism, affluence and frequency of bird routes in this area, the project bases the constructive solutions on the integration of these volumes in the landscape so they do not interfere with the routes of the more than 300 species that find in Deltebre, their ideal habitat. 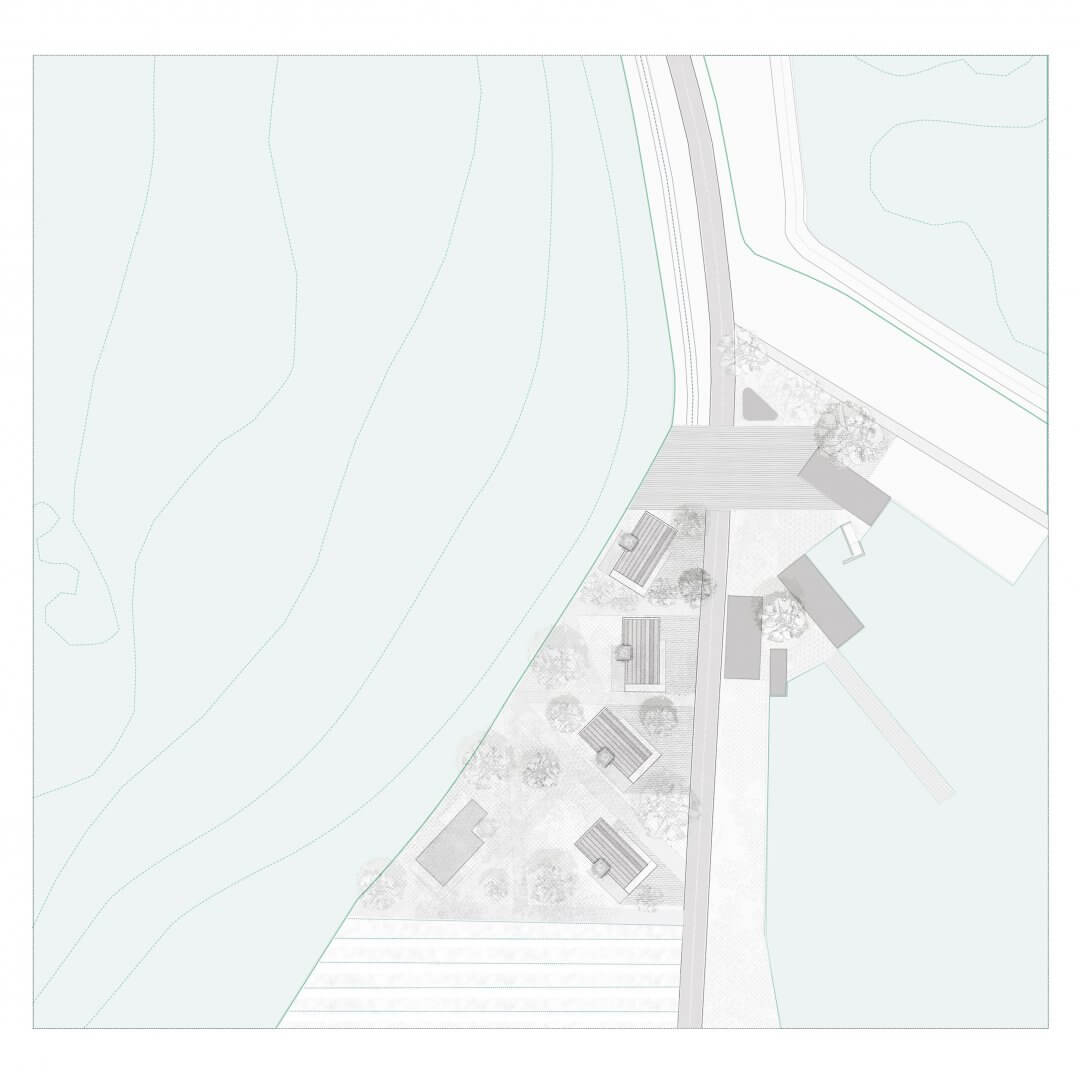 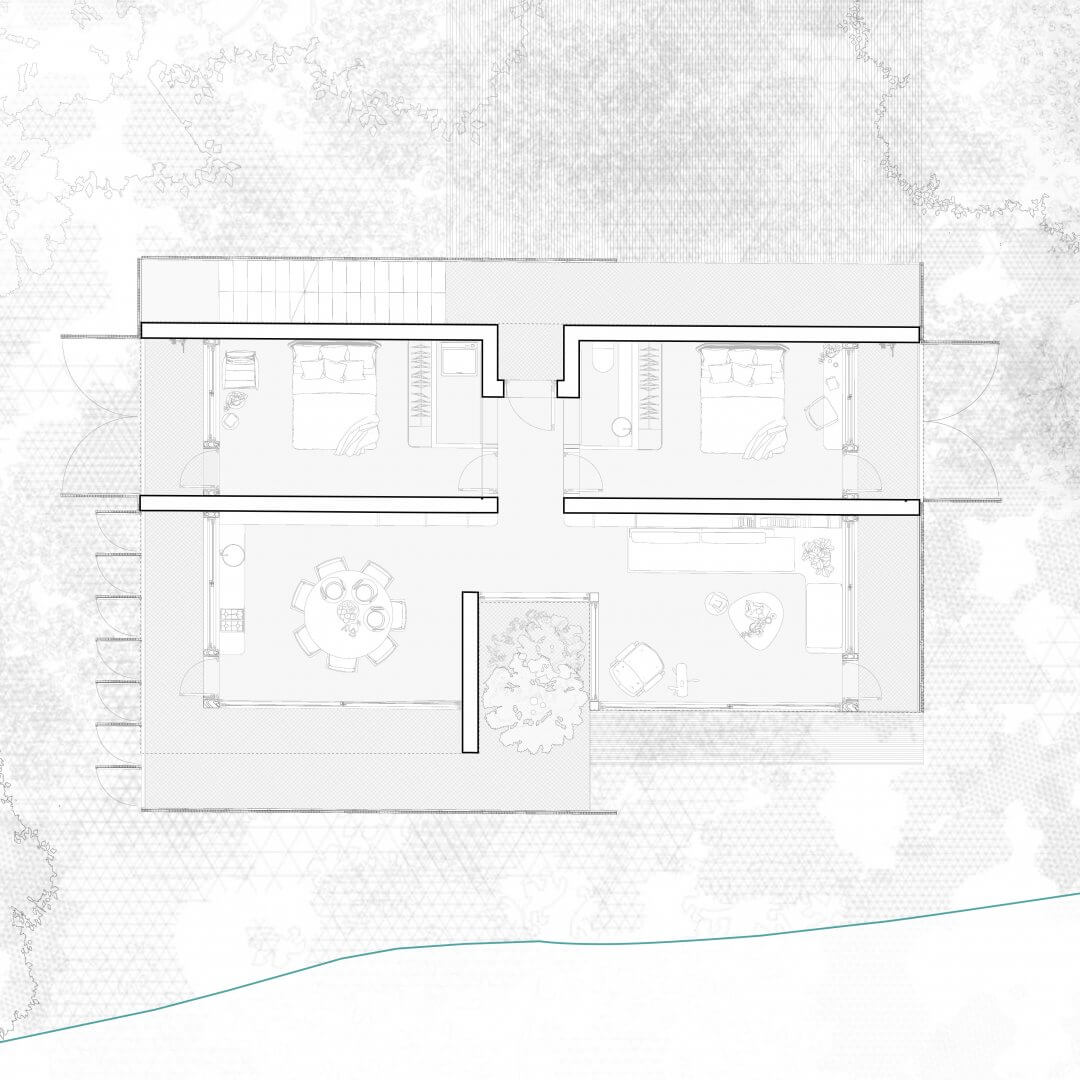 The design aims to adapt to the carbon neutral construction and energy efficiency requirements, for this reason, breathable hempcrete panels are used as the main constructive material. Hempcrete panels are not only carbon neutral but carbon negative, as there is more CO2 absorbed by the Hemp plant along its growth than the one emitted during construction, as the walls continue to absorb carbon dioxide over their lifetime. 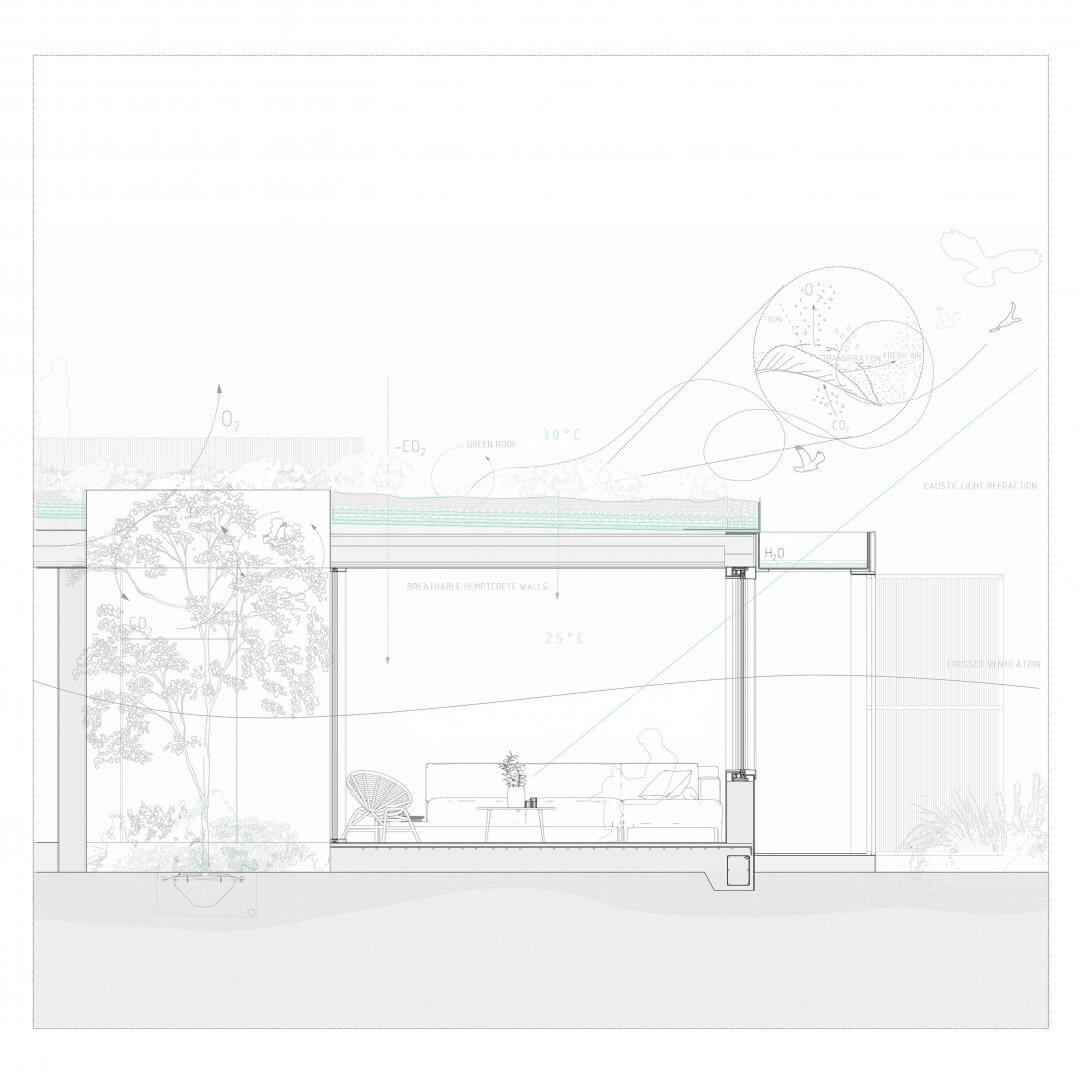 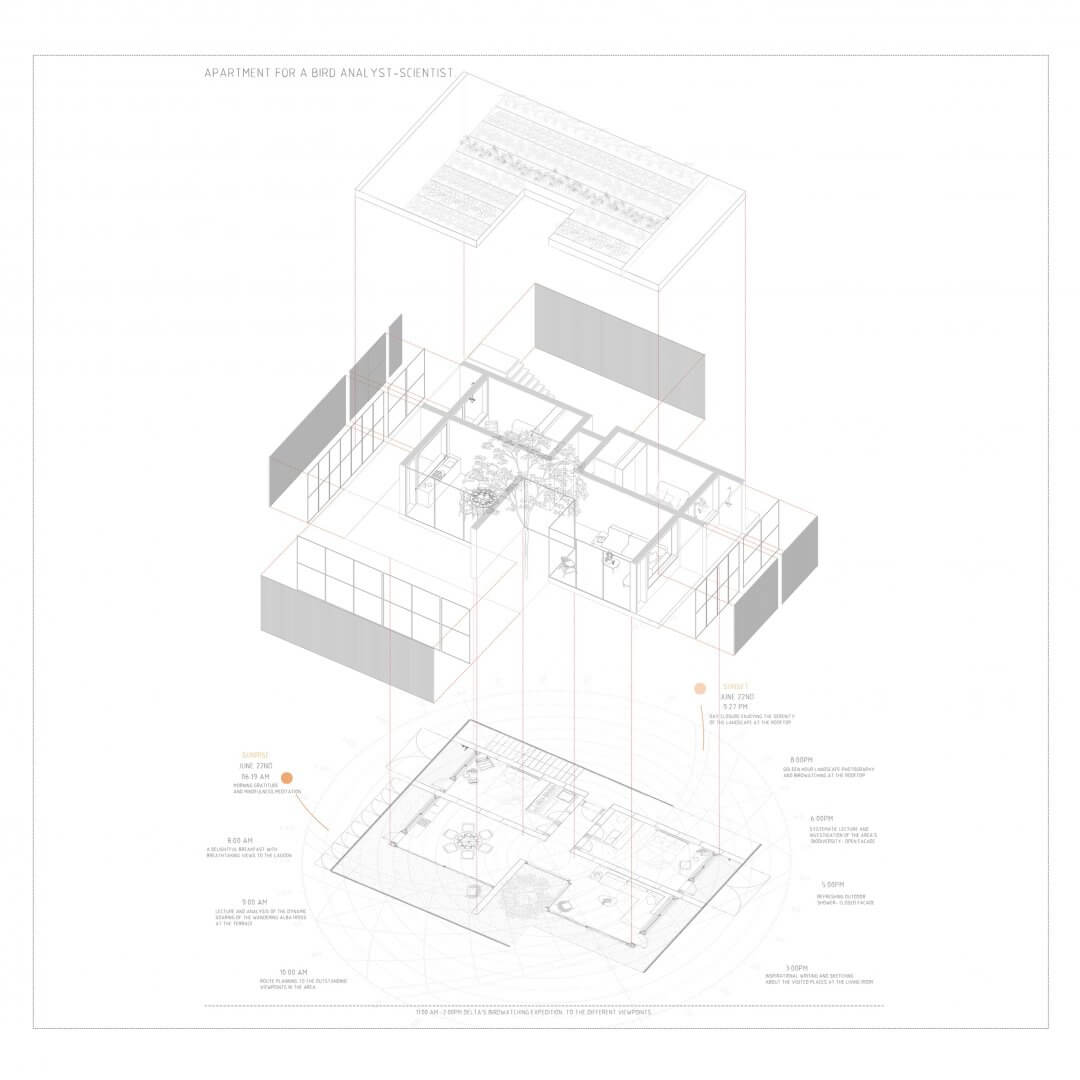 Hempcrete panels are also proven to absorb moisture due to the hygroscopicity of the material, making it ideal for this geographical and environmental location. In addition, its exceptional acoustic insulation allows birds to explore the place calmly. The outer wood skin acts as an anti-impact barrier for birds and as a privacy filter for the inhabitants, without being a visual barrier for the observers inside the shelters. The green roof works as a thermal insulator, an observation point for the photographers and researchers and its thermal conditions also provide an optimal environment to shelter some bird species nests. 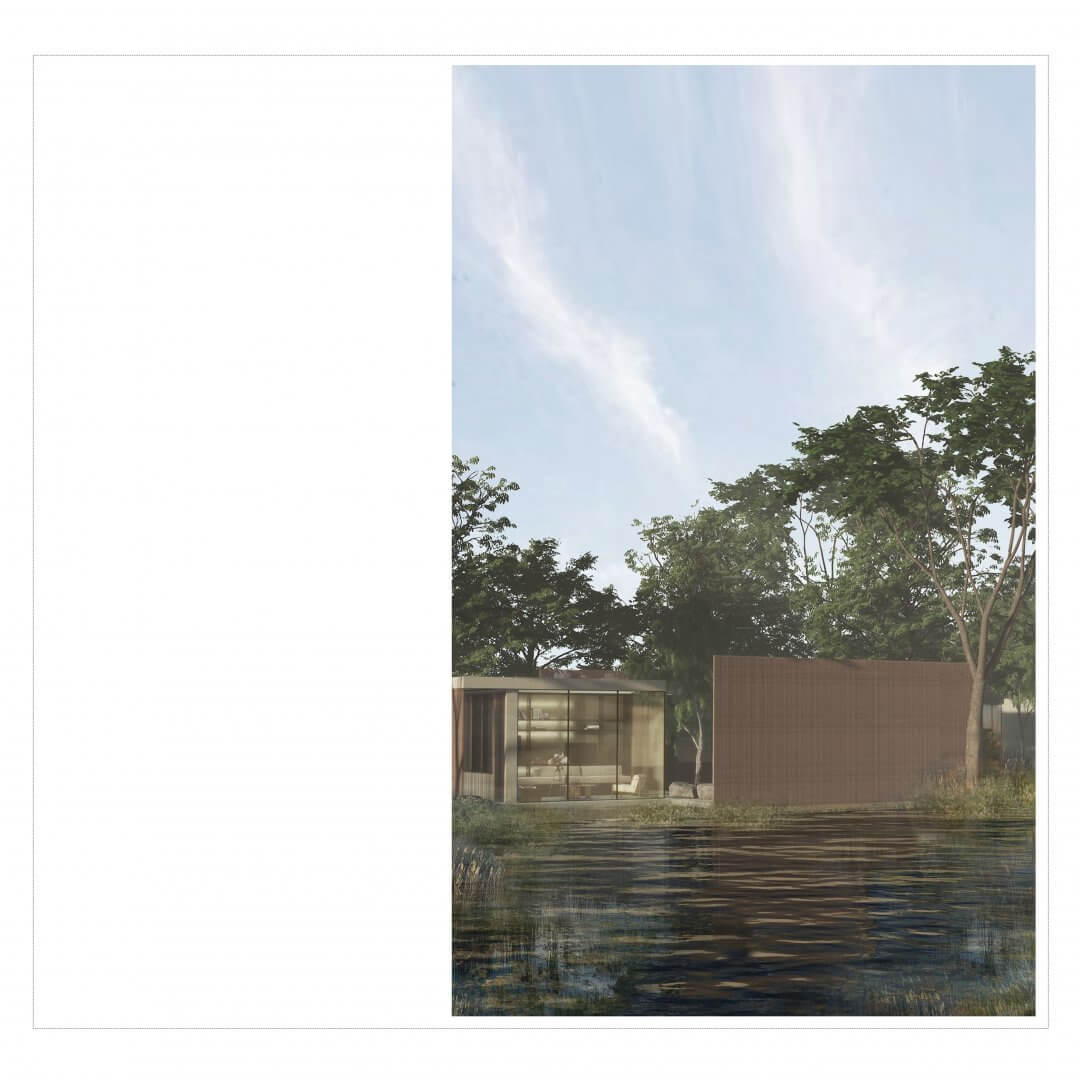 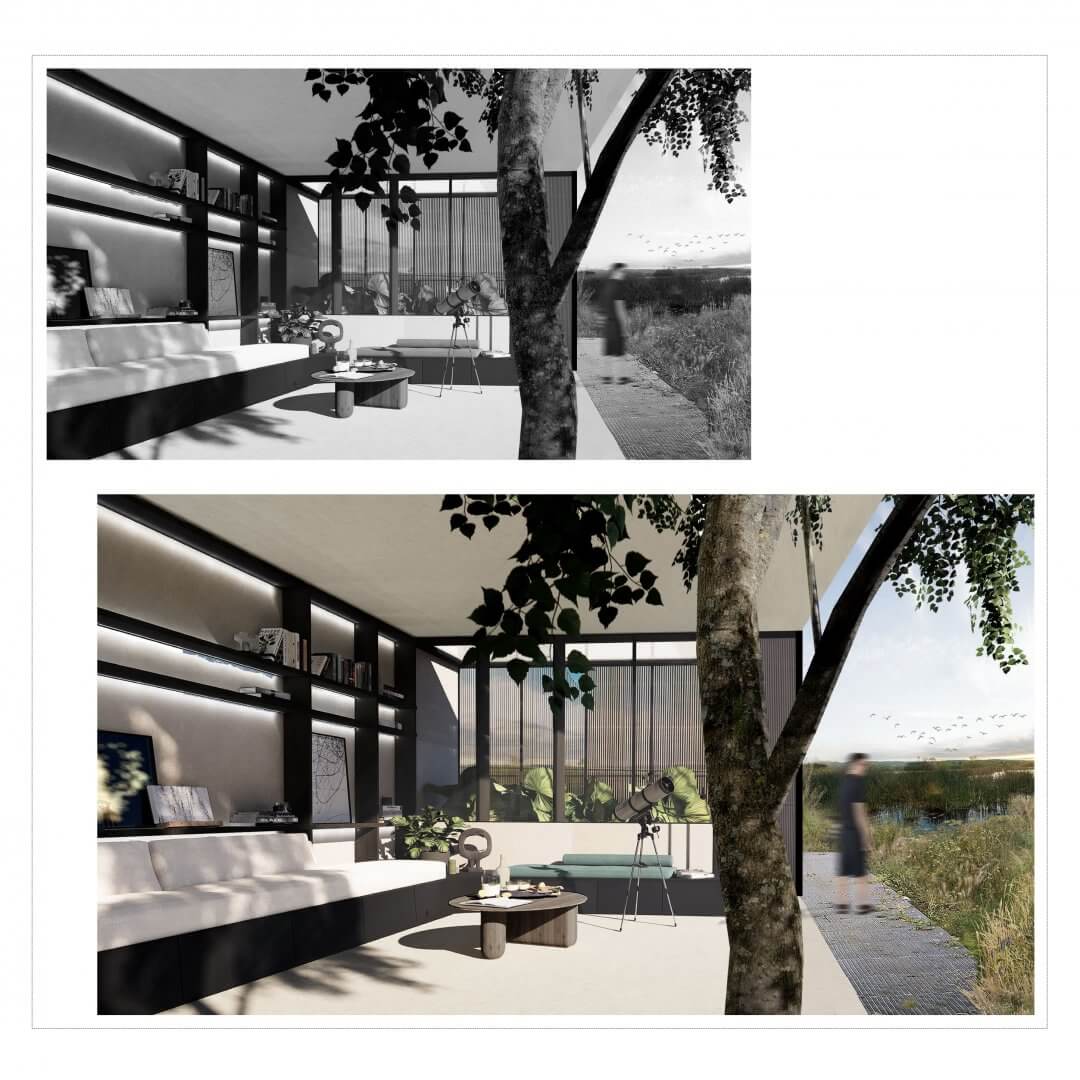 These Natural Biosphere Reserve lands are the scenario where nature enthusiasts, flora and fauna coexist harmoniously and respectfully.