The project seeks a transition space between rural and urban space, promoting the economy of the city of Marcos Paz and achieving a common point for the community. 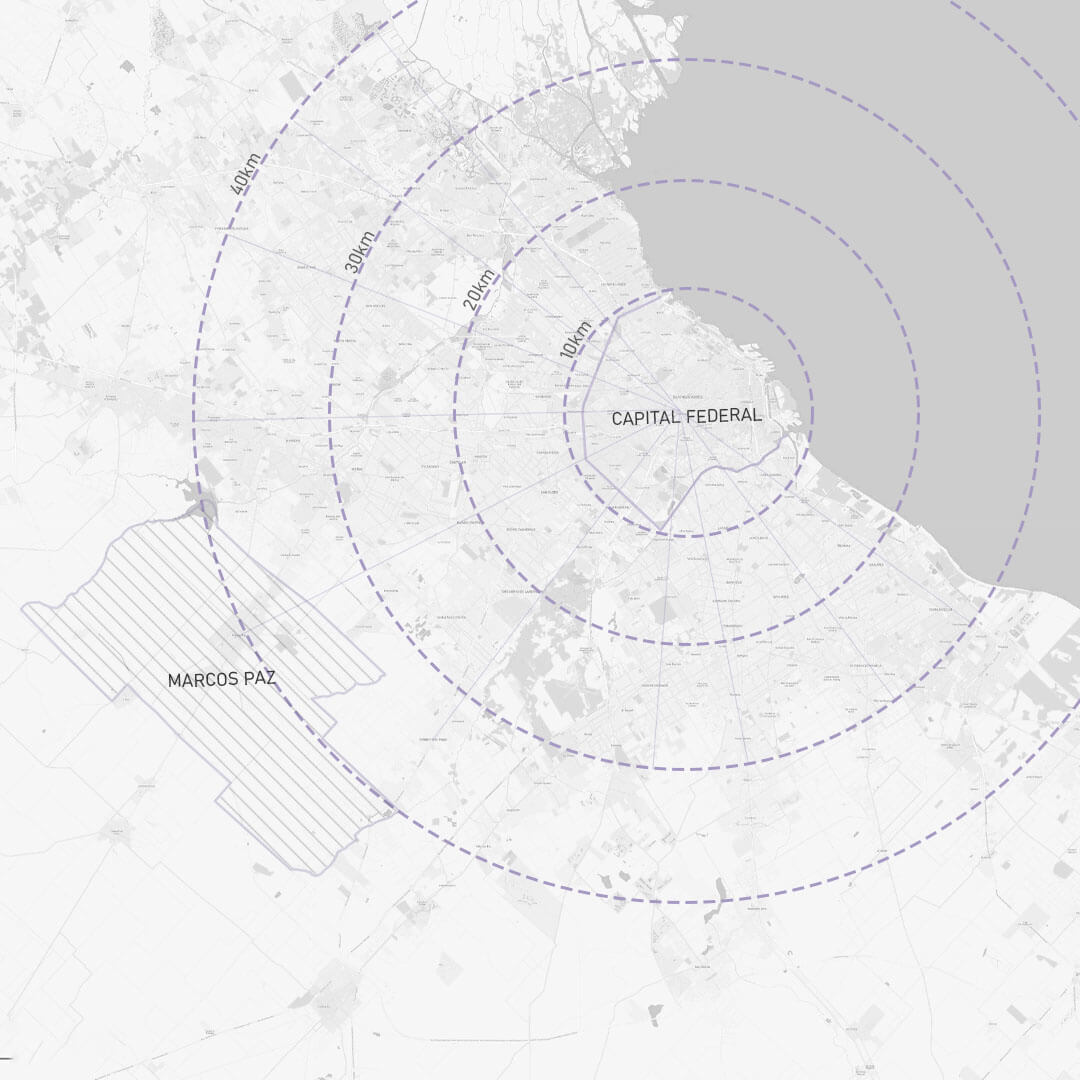 The project works on urban planning in a rural city-town in the province of Buenos Aires, Argentina (about 40km from the capital of the province). The excessive growth of the population due to the migration of cities due to the pandemic leads to this proposal that seeks to control the city with a public urban border. The control of growth over the fields and industries that provide work for the inhabitants of Marcos Paz is proposed from a containing edge of uses and public spaces that promote culture, study and work. 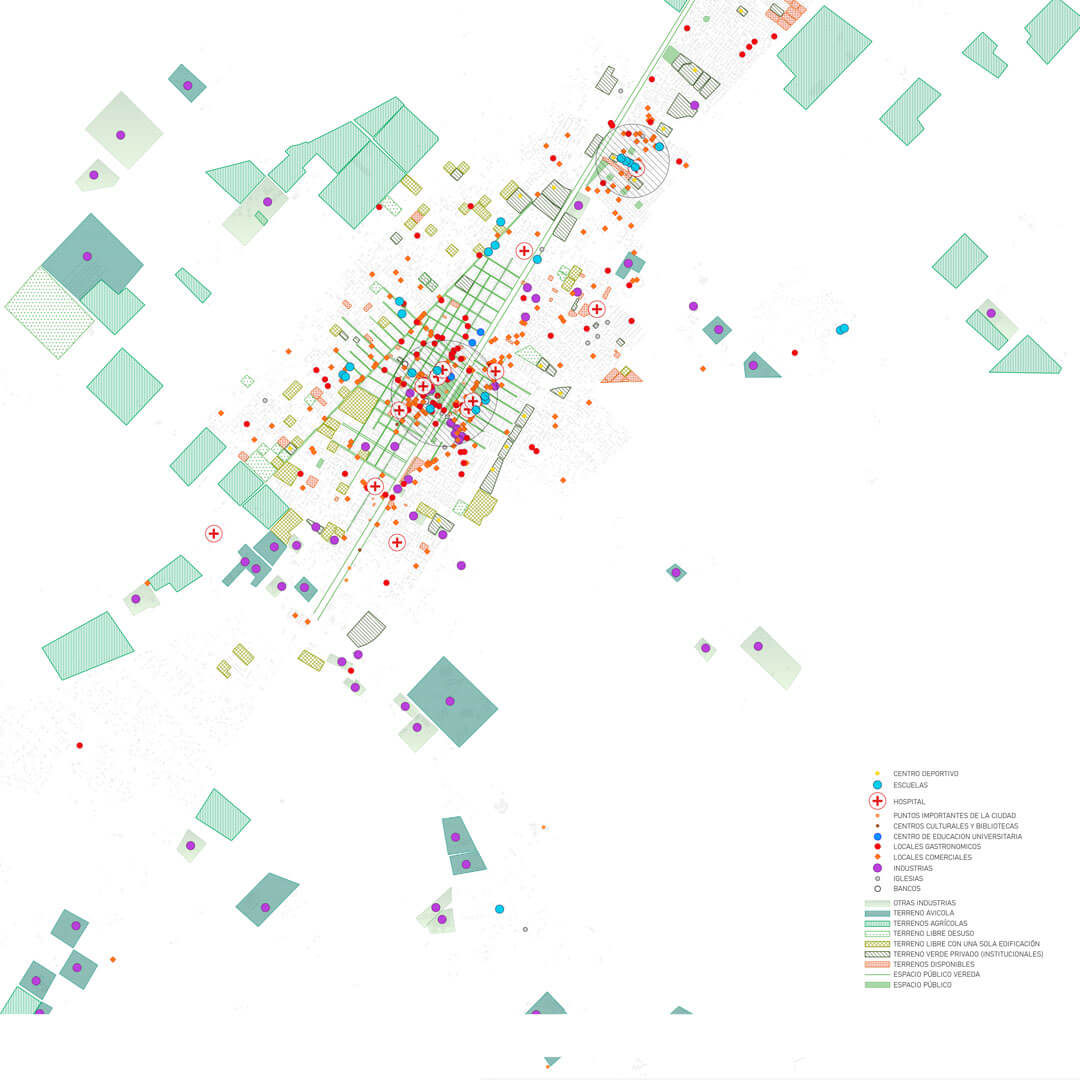 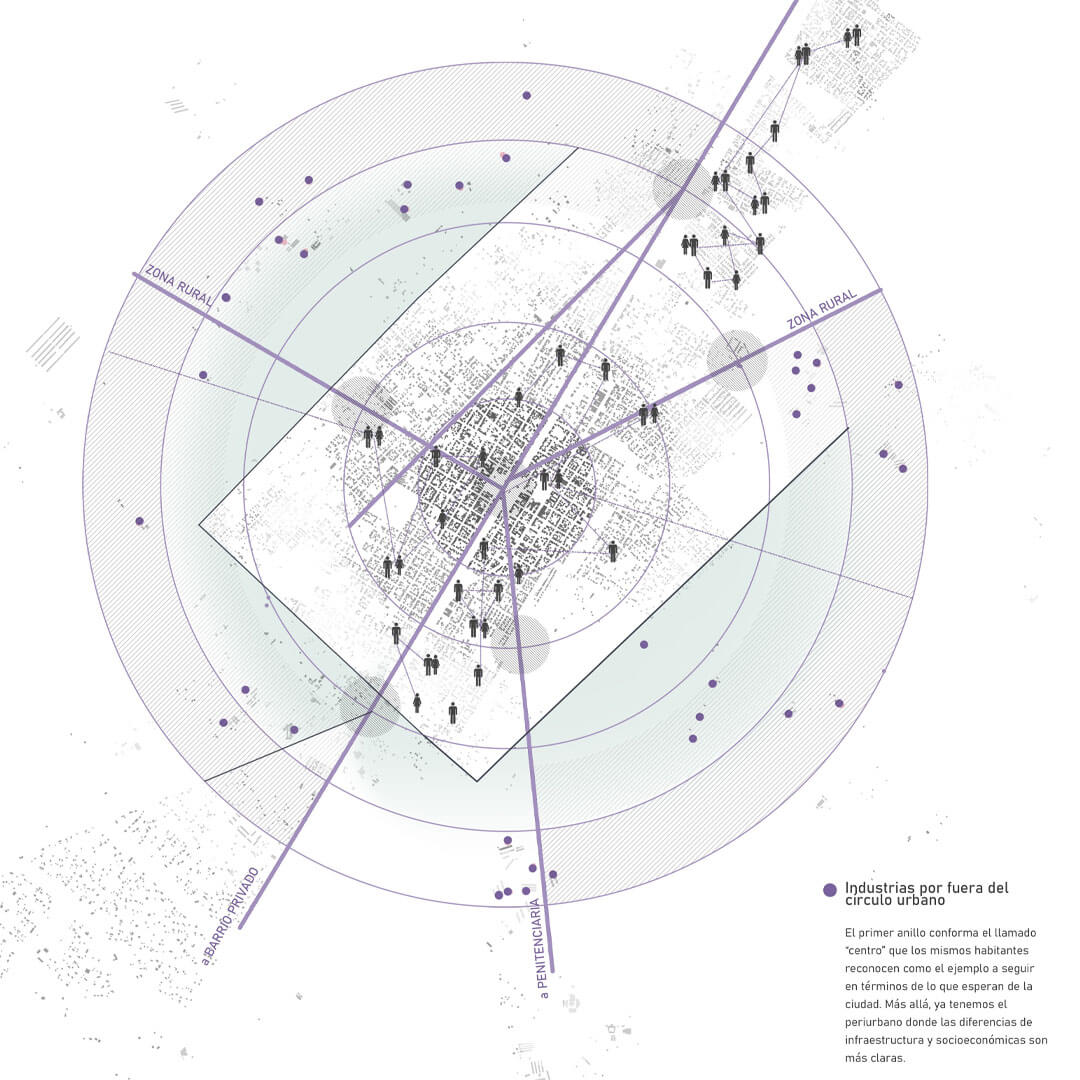 After studying the city, the distribution of its current uses, the predominant programs, density and history, it was decided to propose an urban project that contains the missing uses that the users of the city need and request that they appear in the urban fabric. Uses such as Universities, social housing, primary and secondary schools, orchards for the community and scientific spaces that promote higher education. 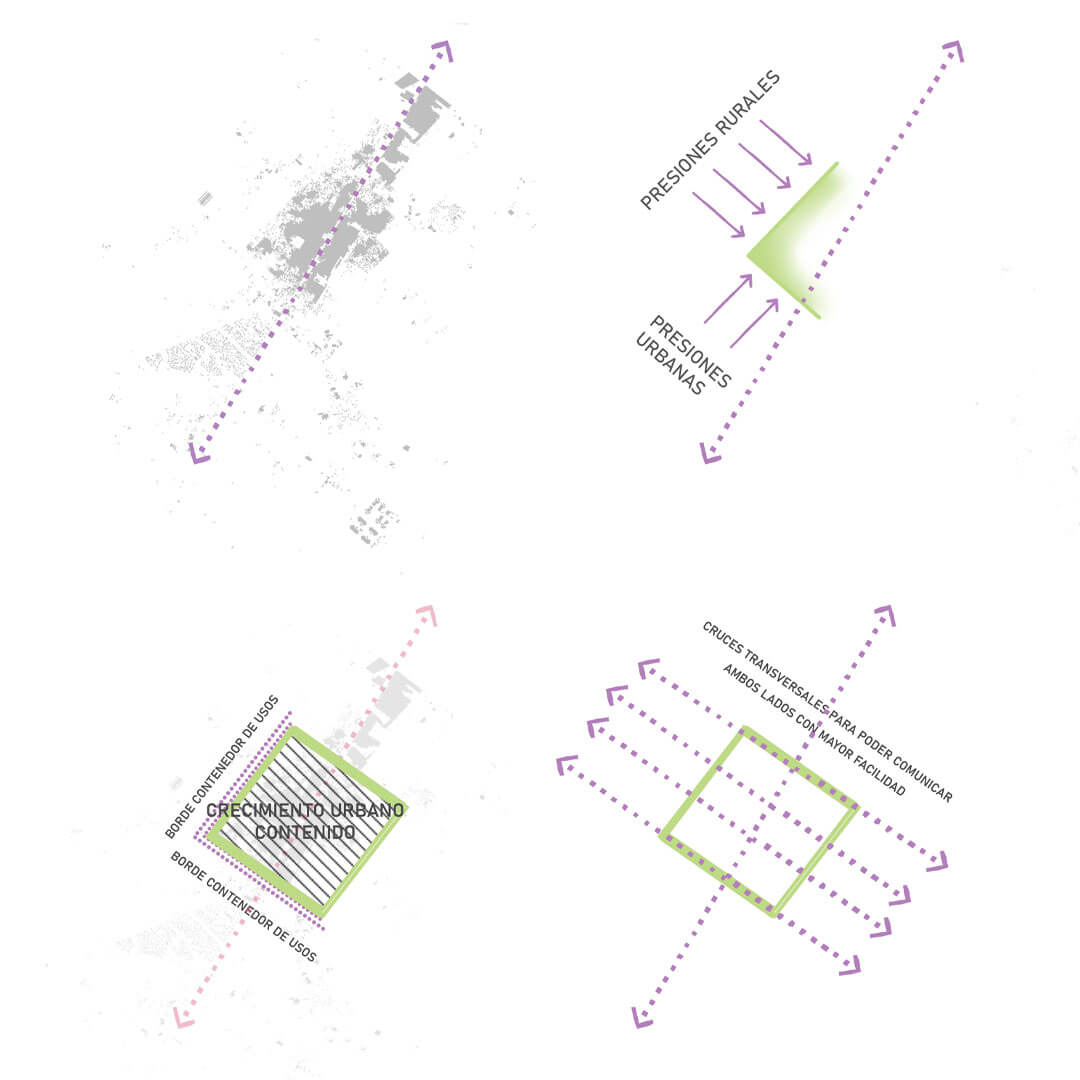 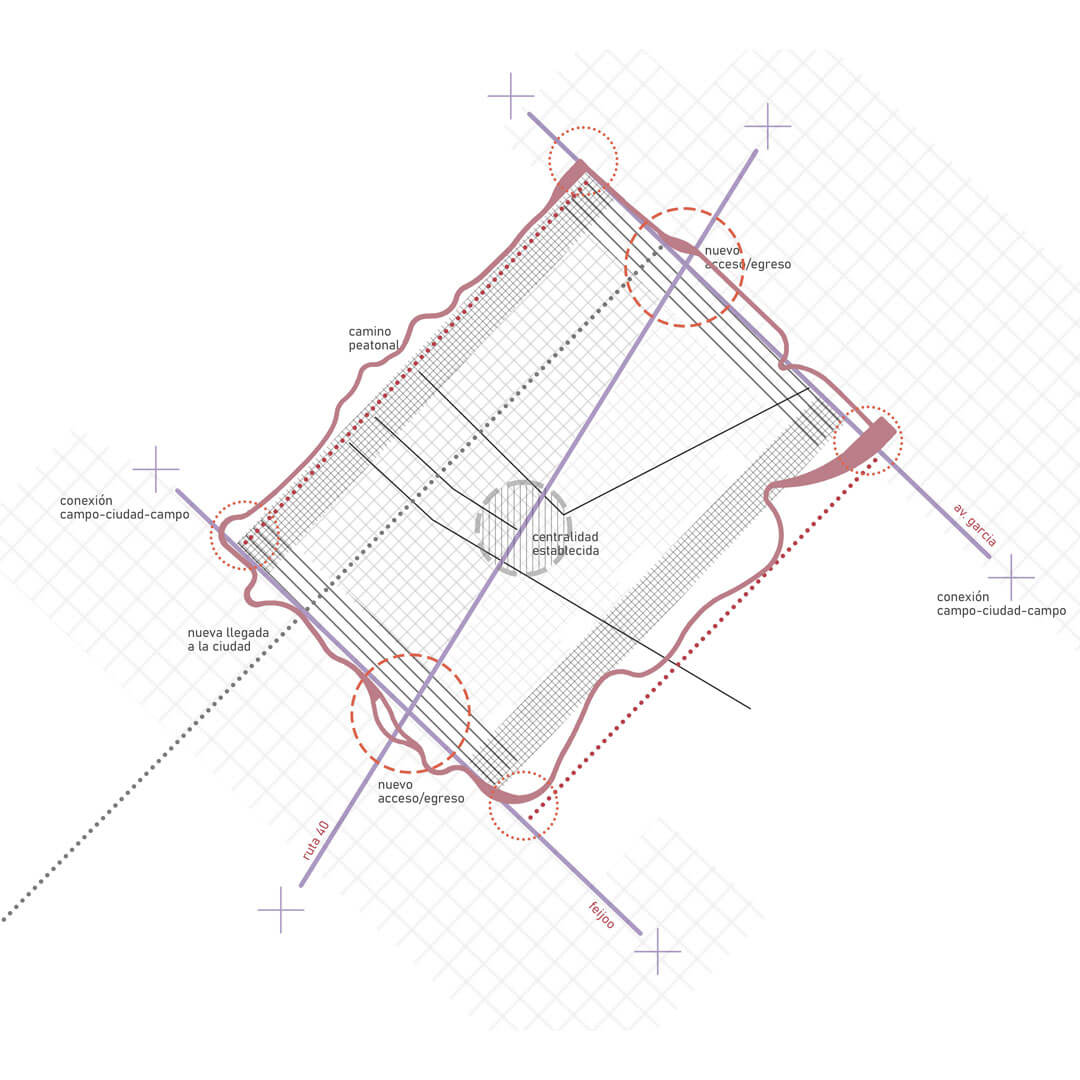 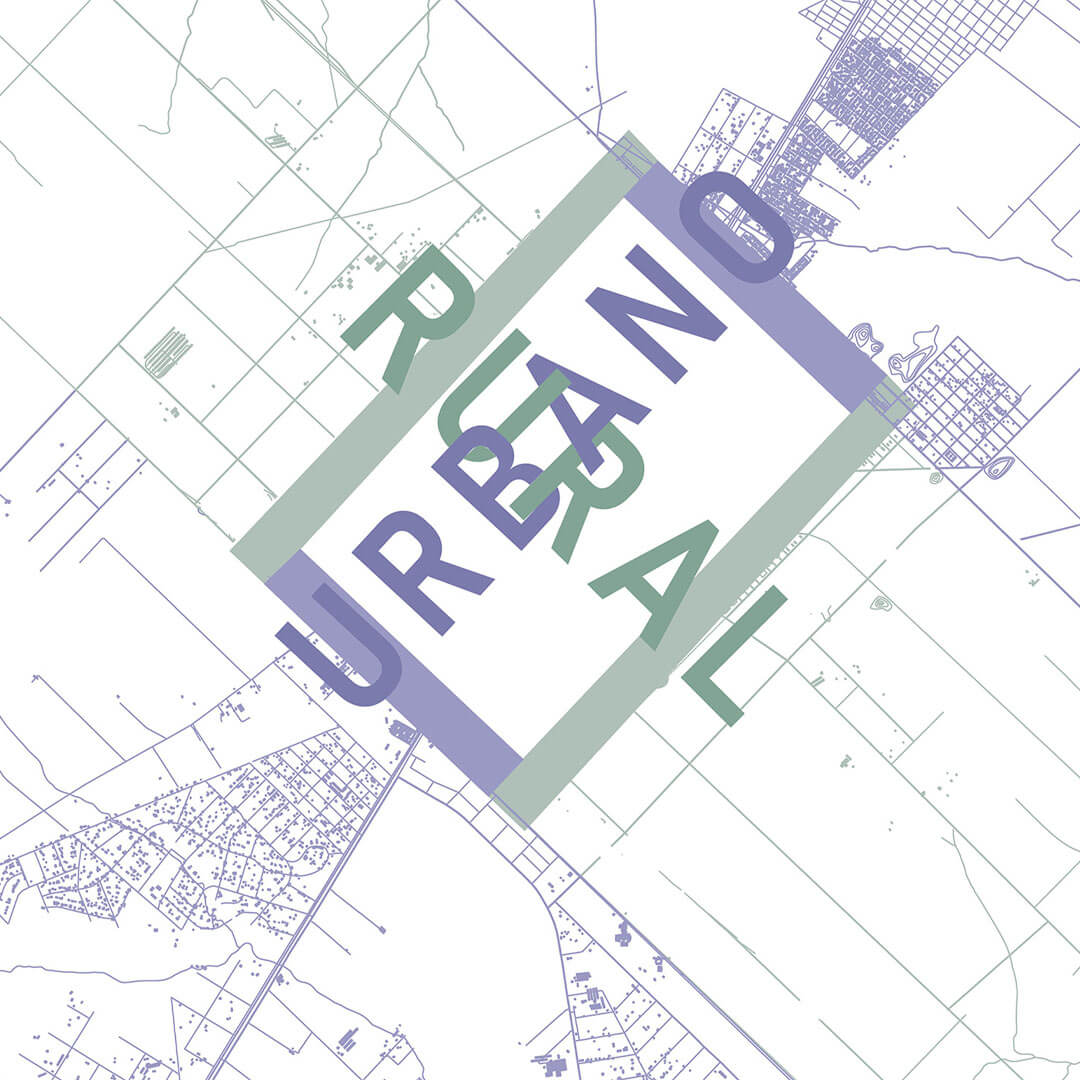 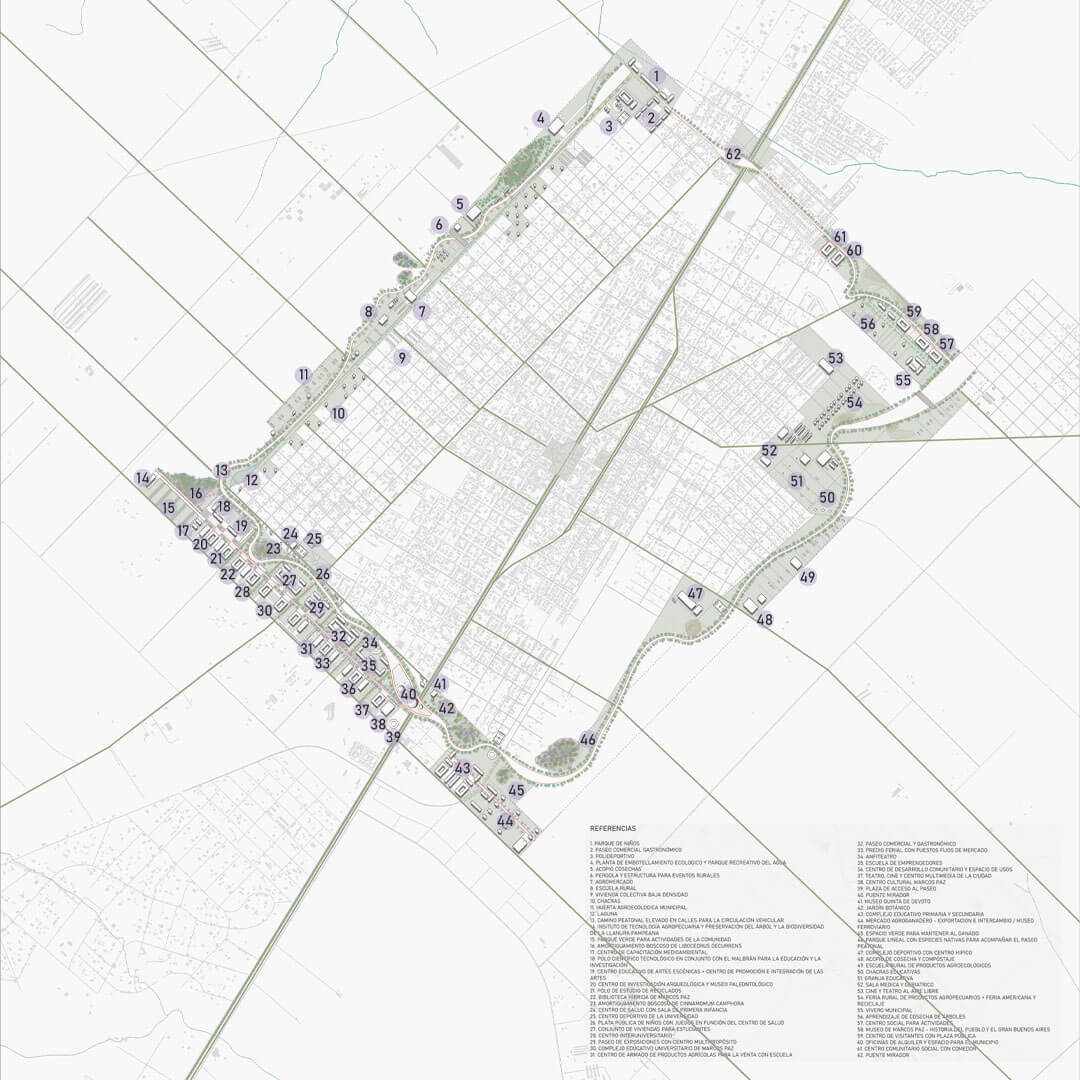 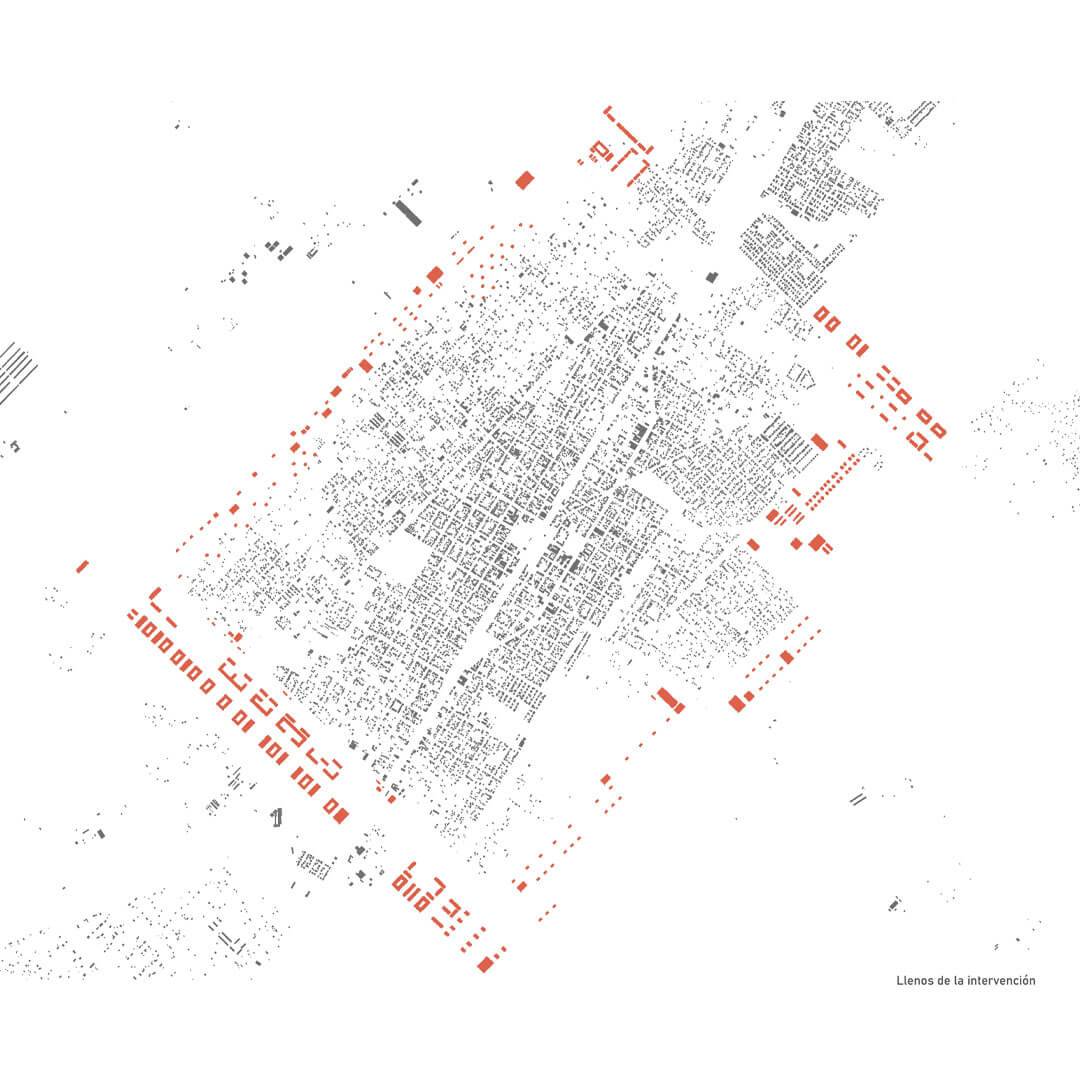 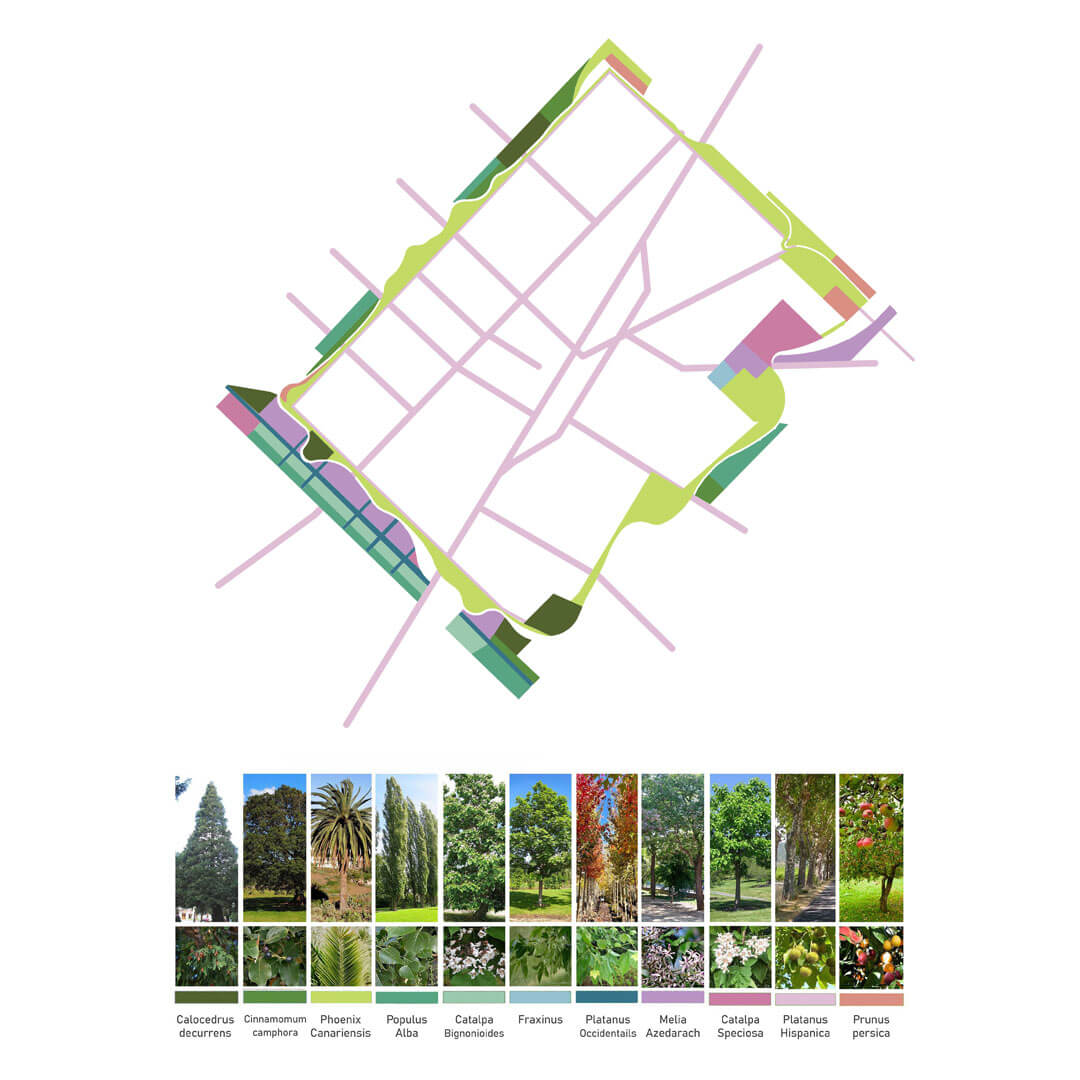 The proposal starts from a macro level that encompasses the entire city, where the edges closest to the agricultural fields are worked with uses related to the rural (technical schools, agroecological gardens, harvest containers, rural markets) and the edges that border with the city with uses related to culture and general education (schools, laboratories, cultural center, theaters, gastronomic markets). All these uses are linked to an exclusive path for pedestrians, which resolves the intersections with Route 40 (which currently separates the city in two). At these crossing points, the connection between both sides is produced, with programs below the road that bring a new vision to this sector that previously meant a conflict. 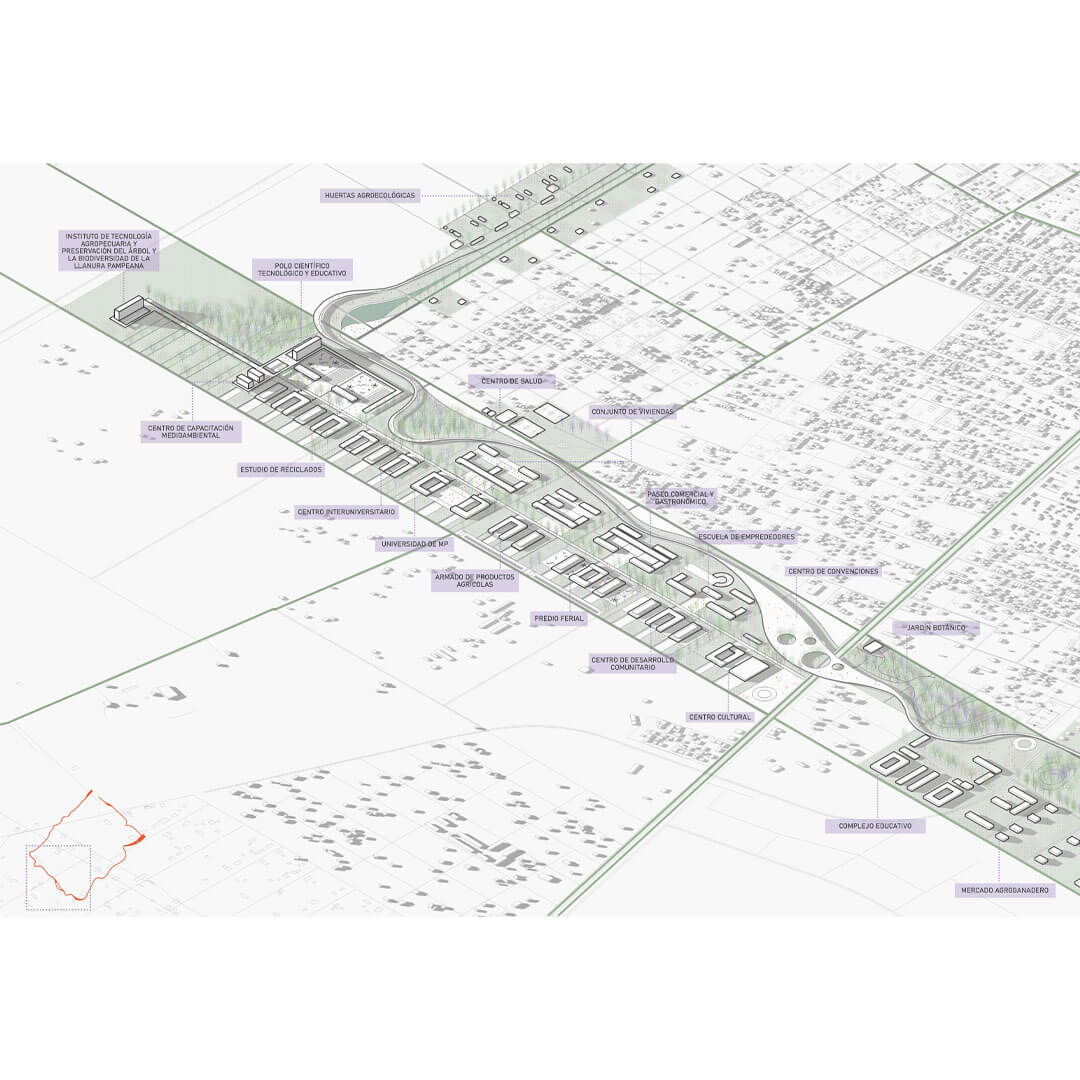 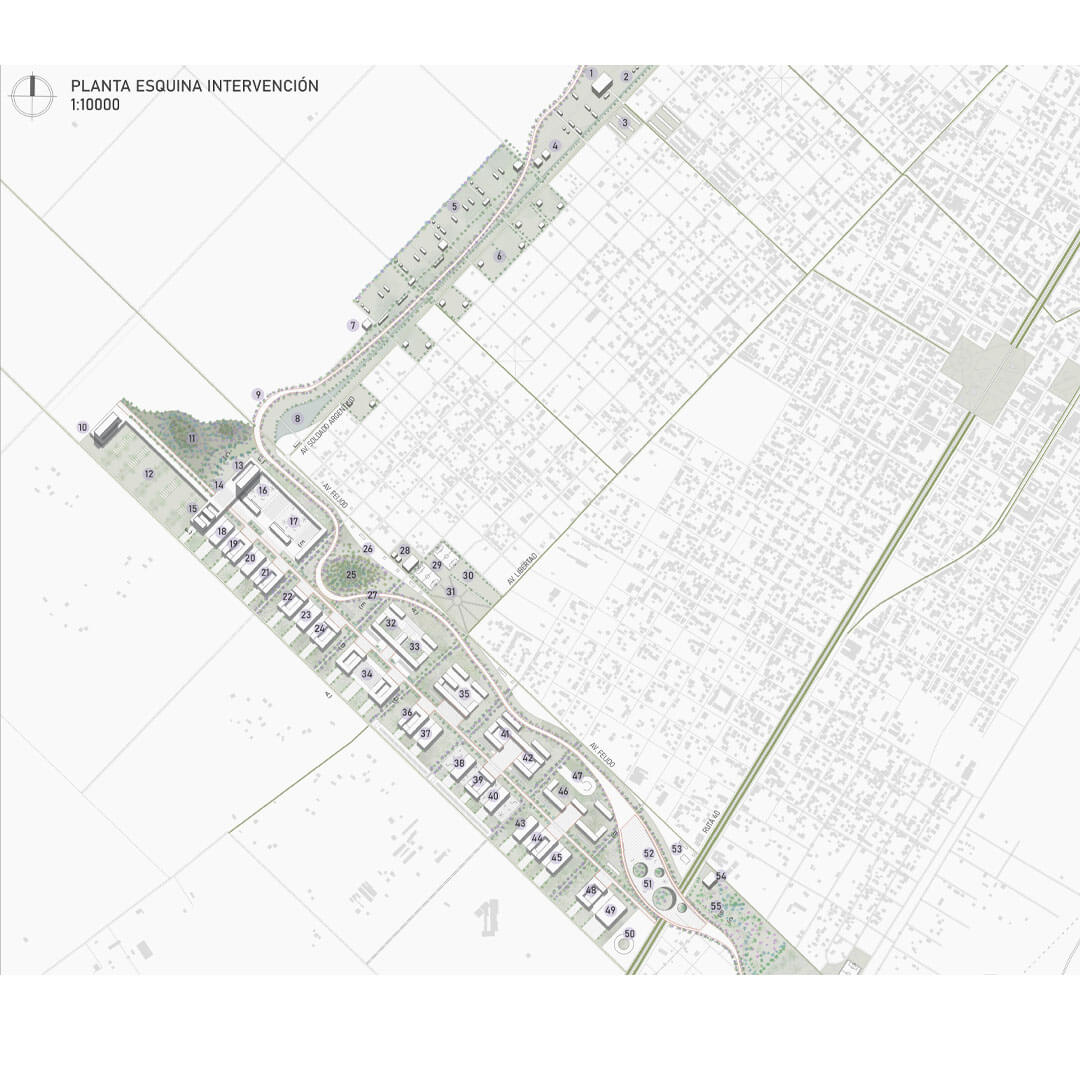 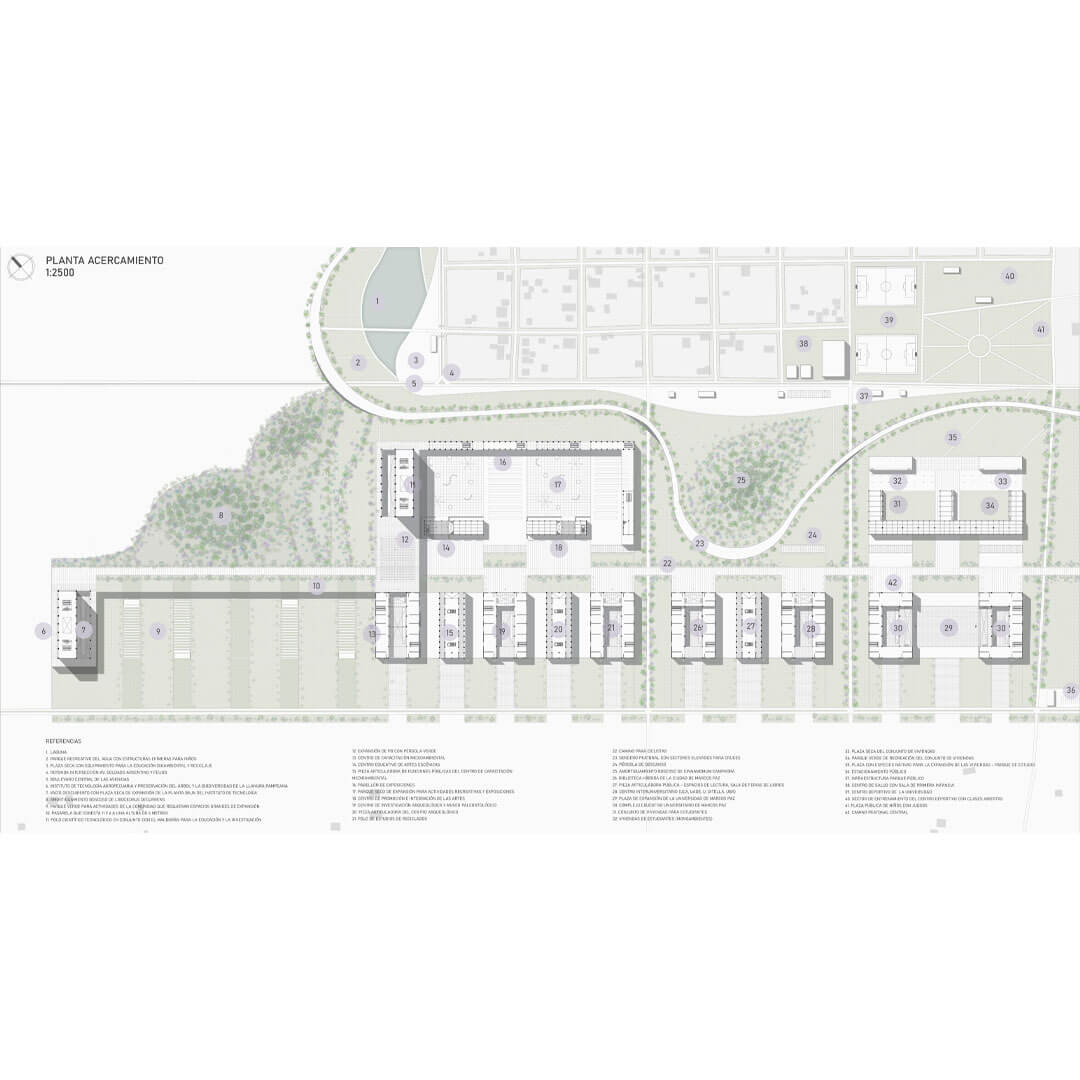 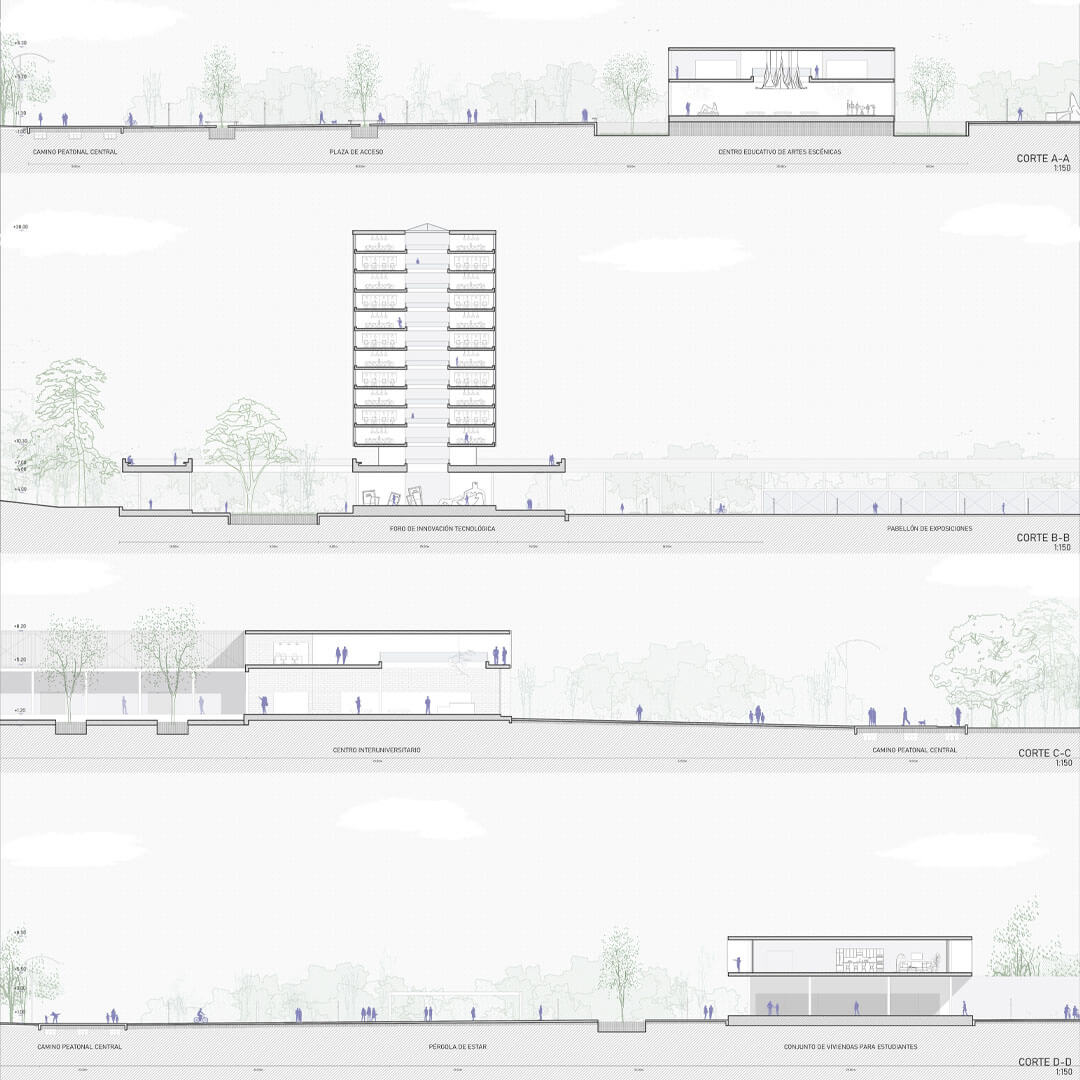 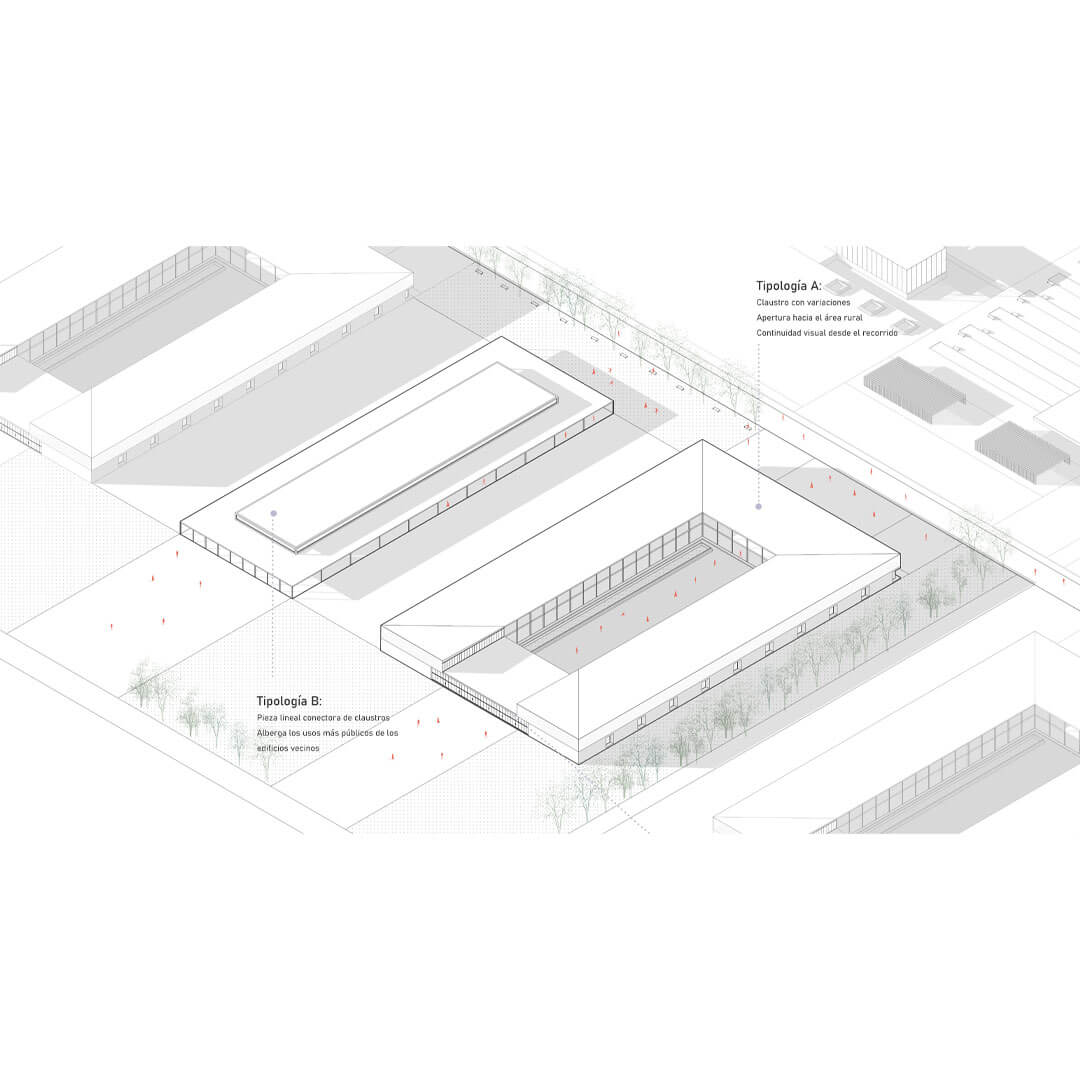 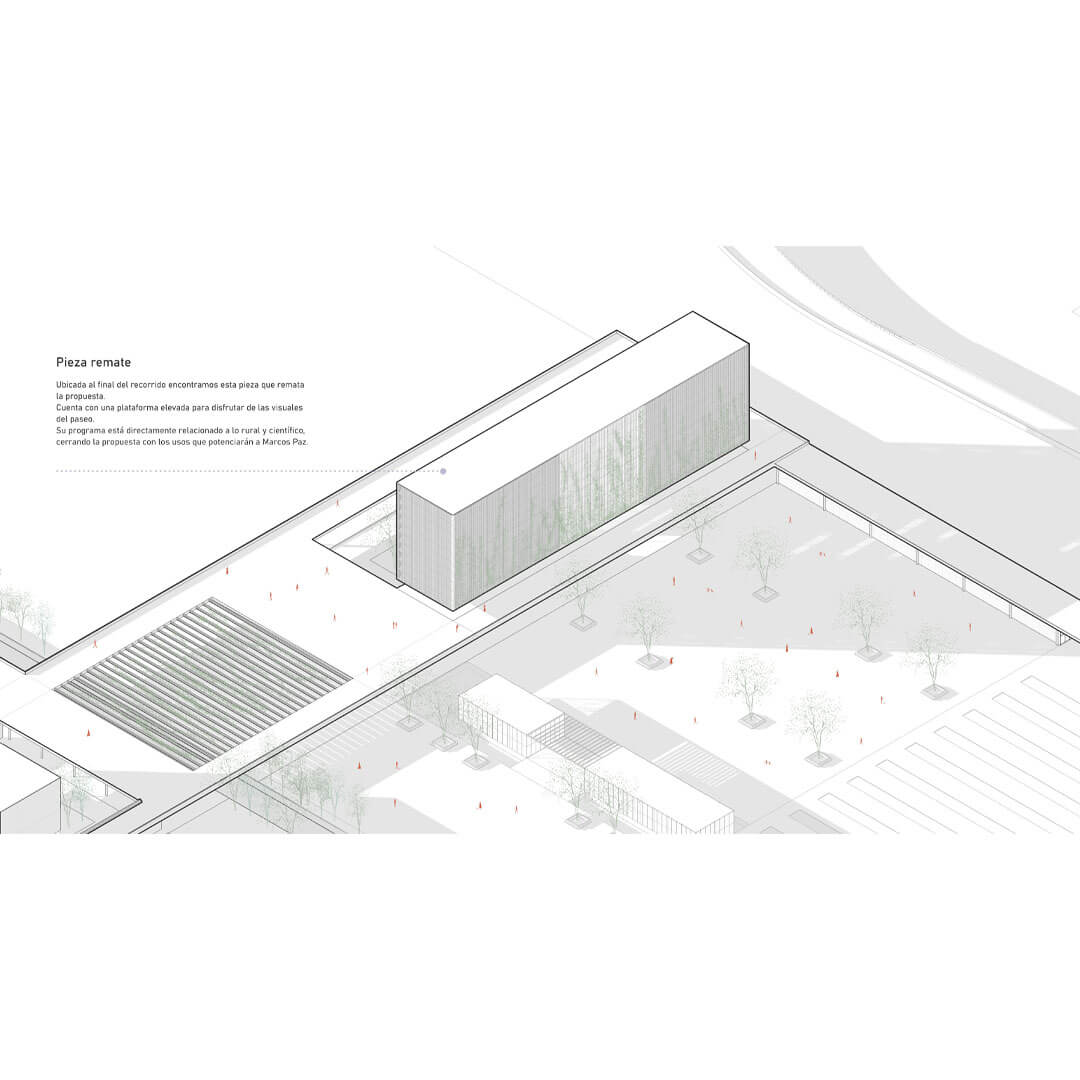 The proposed uses are worked through building typologies that are repeated in a modular way, with a type of architecture that represents what exists in the town. Brick is the protagonist in the most traditional buildings, with hard programs, while a “lighter” architecture is chosen for the uses that represent buildings with technological uses. The location of the buildings follows a rhythm in plan that proposes a coherence between the uses and the public spaces that are proposed. 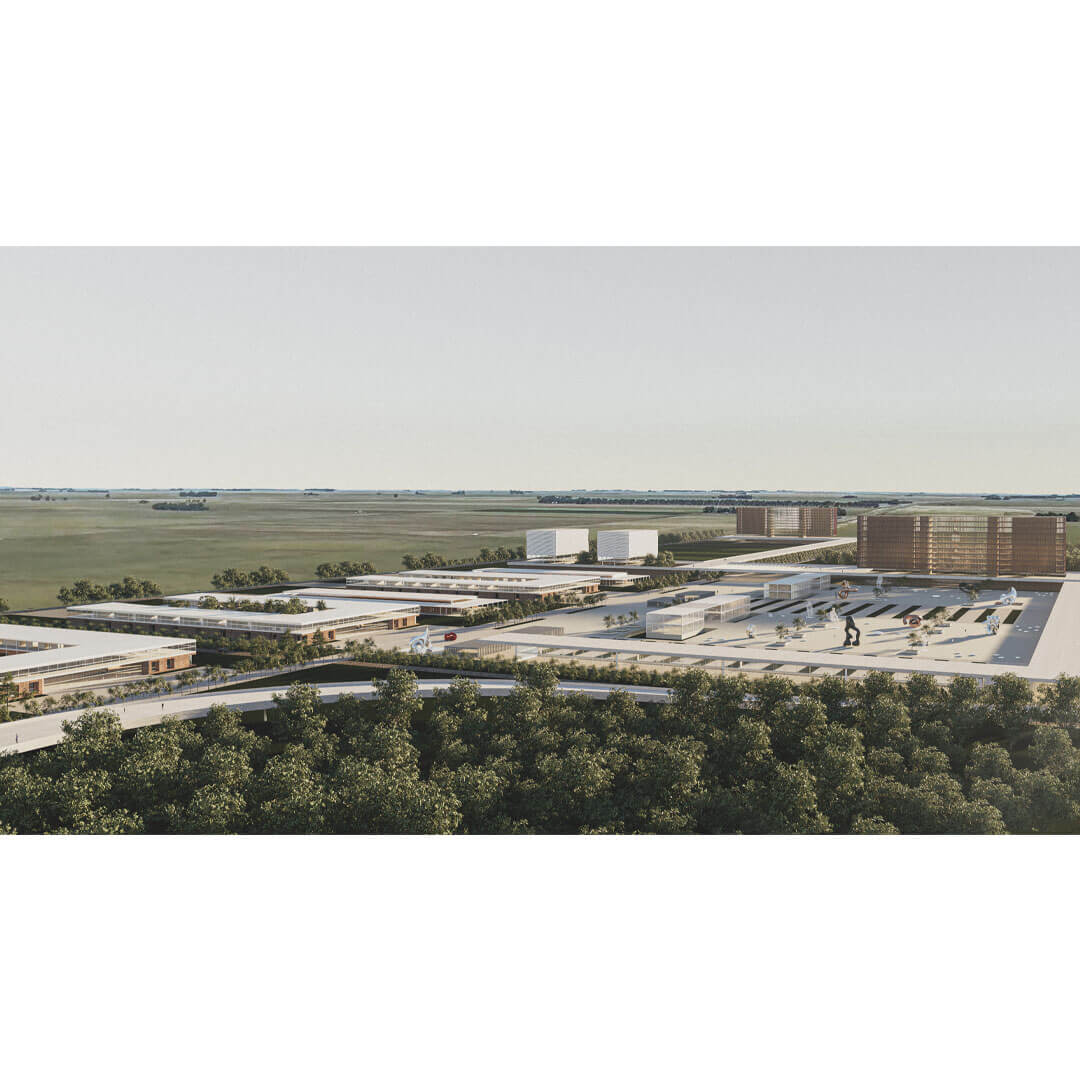 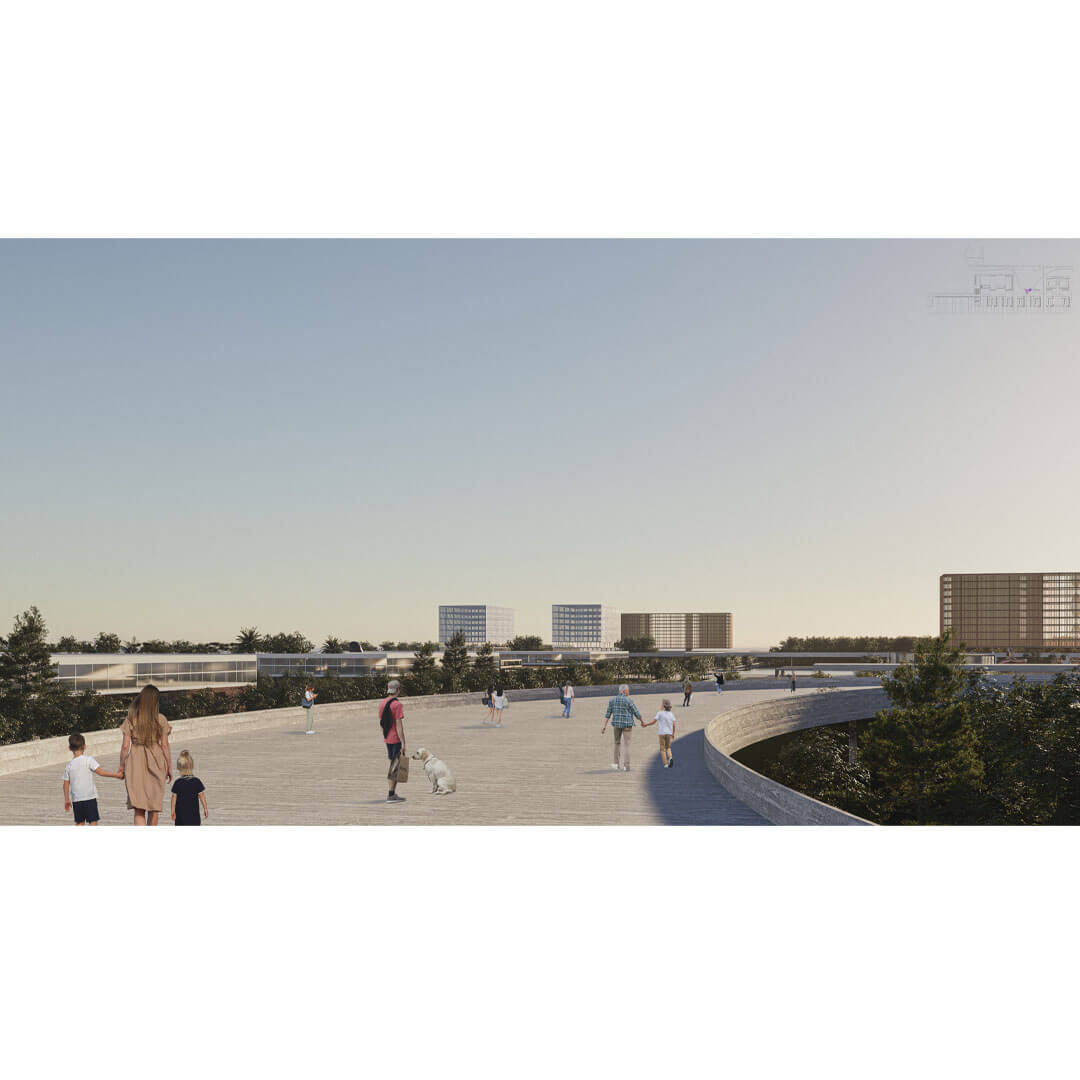 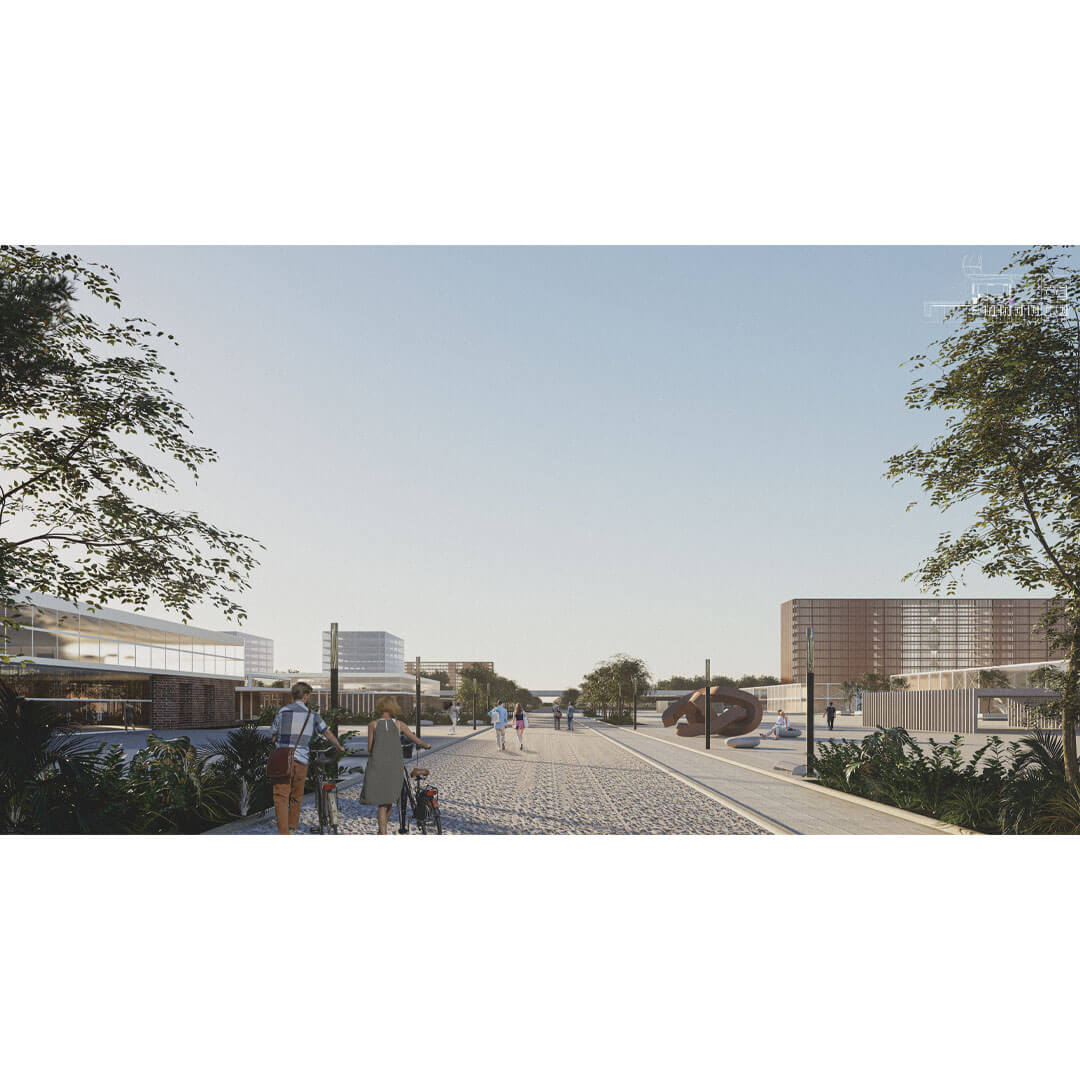 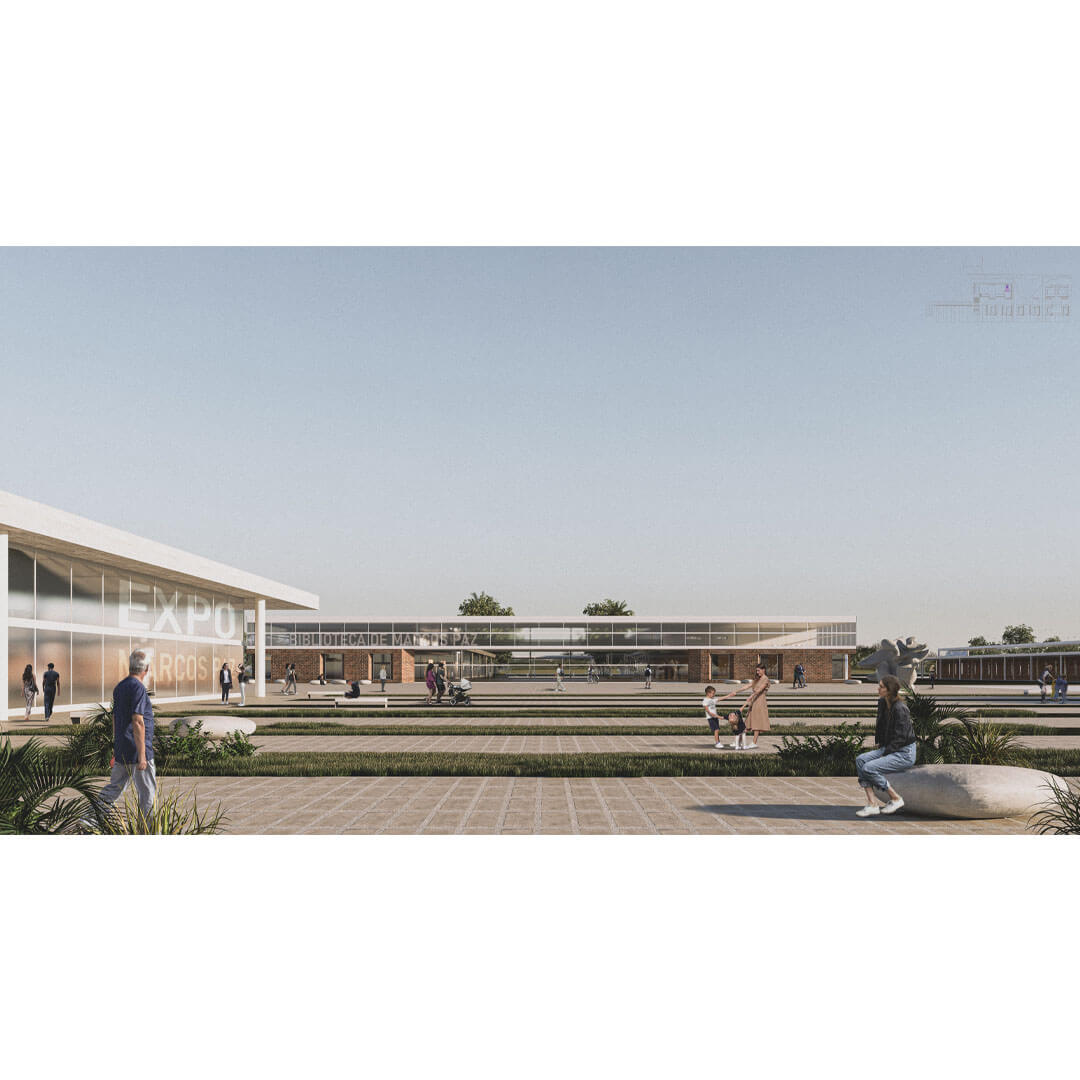 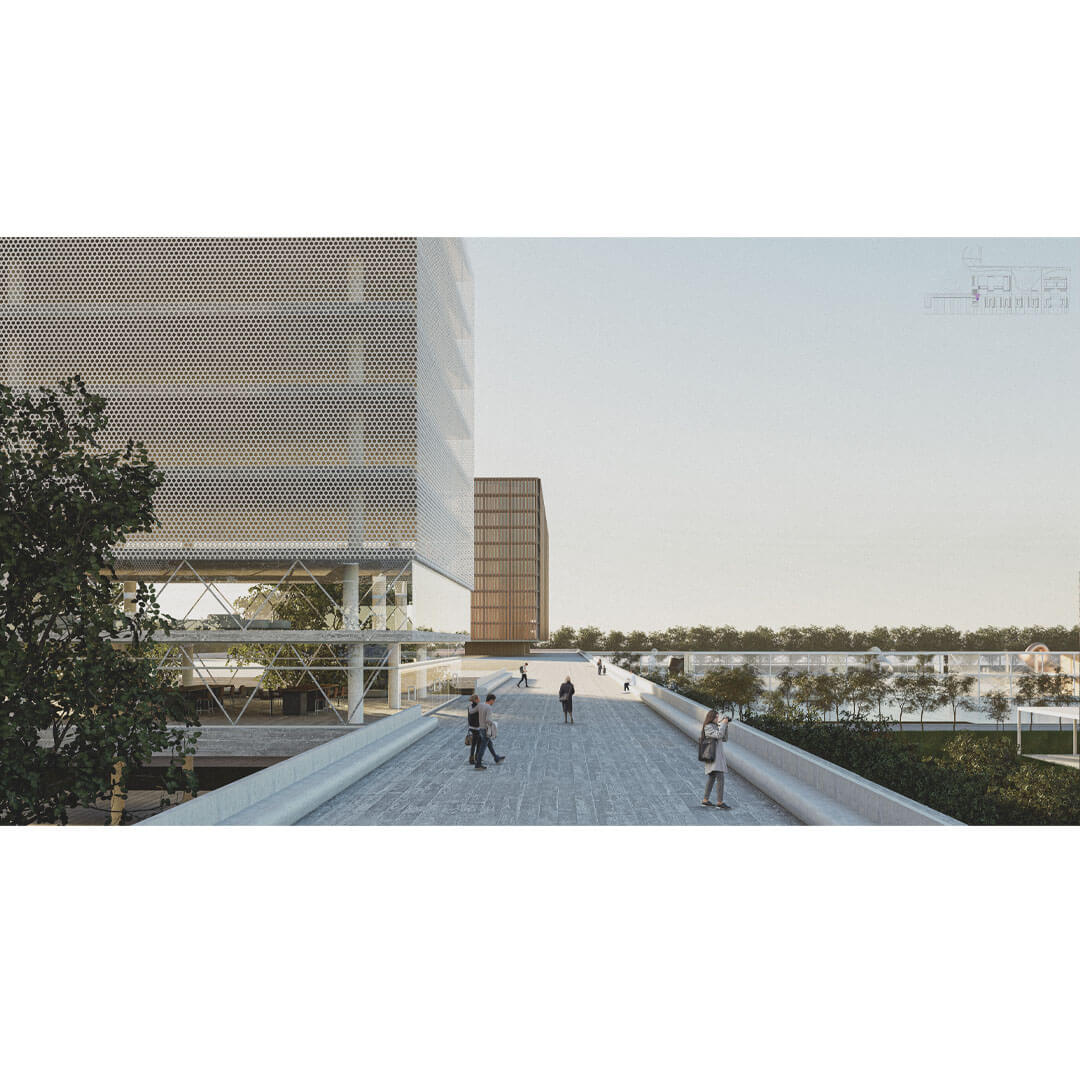 The urban proposal is worked with a proposal of native species of the country, which follow the line of the existing public spaces of the city. The trees work as guides to new public spaces, or also as limits to orchard spaces or buffers that are inaccessible to the public. The tree is a fundamental part of the idea, since it provides scale and visual continuity to the different sectors of the project.