The proposed project reveals itself as a landmark in the singular landscape. In relation to the nature of the public space to which the building is subjected and the changes that occur in the environment over time, a variable program is proposed. 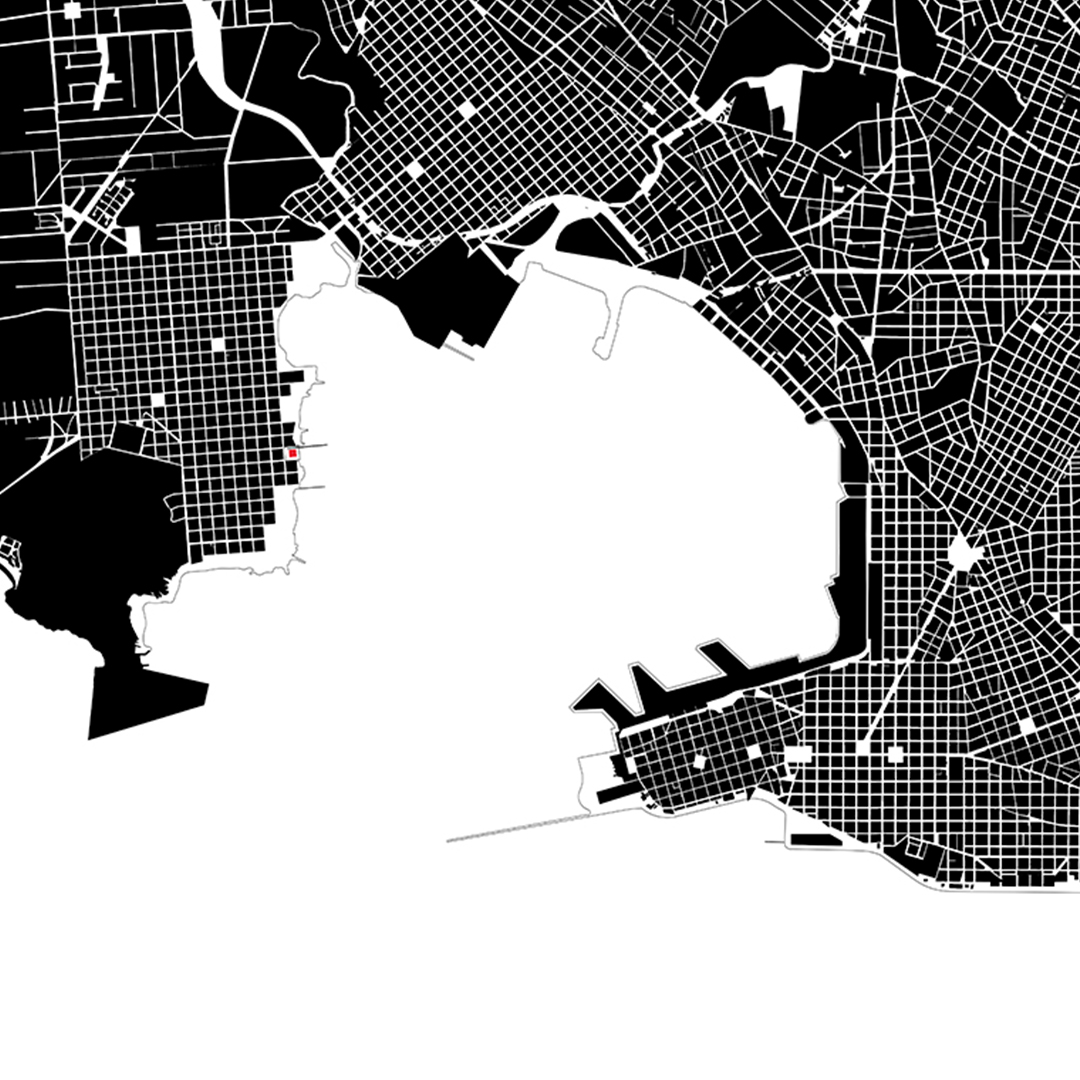 The proposed building is located in the bay of Cerro de Montevideo, Uruguay, northeast of the current General Artigas Museum, a singular point in the Montevideo landscape whose image identifies the city, registered in the iconography and in the Montevideo and national heraldry. To the east of the bay is the city center, which is 3.8km away. by sea from the Cerro de Montevideo. The latter, in opposition to the city center, is in a state of disrepair and neglect. EMSD Cerro intends to put in tension the relationship between the center and the Cerro of the city through the coexistence of the territory and the architecture project. In this sense, when approaching the architecture project, two maxims are presented: the first of them dictates that the location of the building must be such that it allows a transfer by sea from one side of the city to the other and the second, that the The adopted program must be inexhaustible because it is used by a diversity of users that is also inexhaustible. 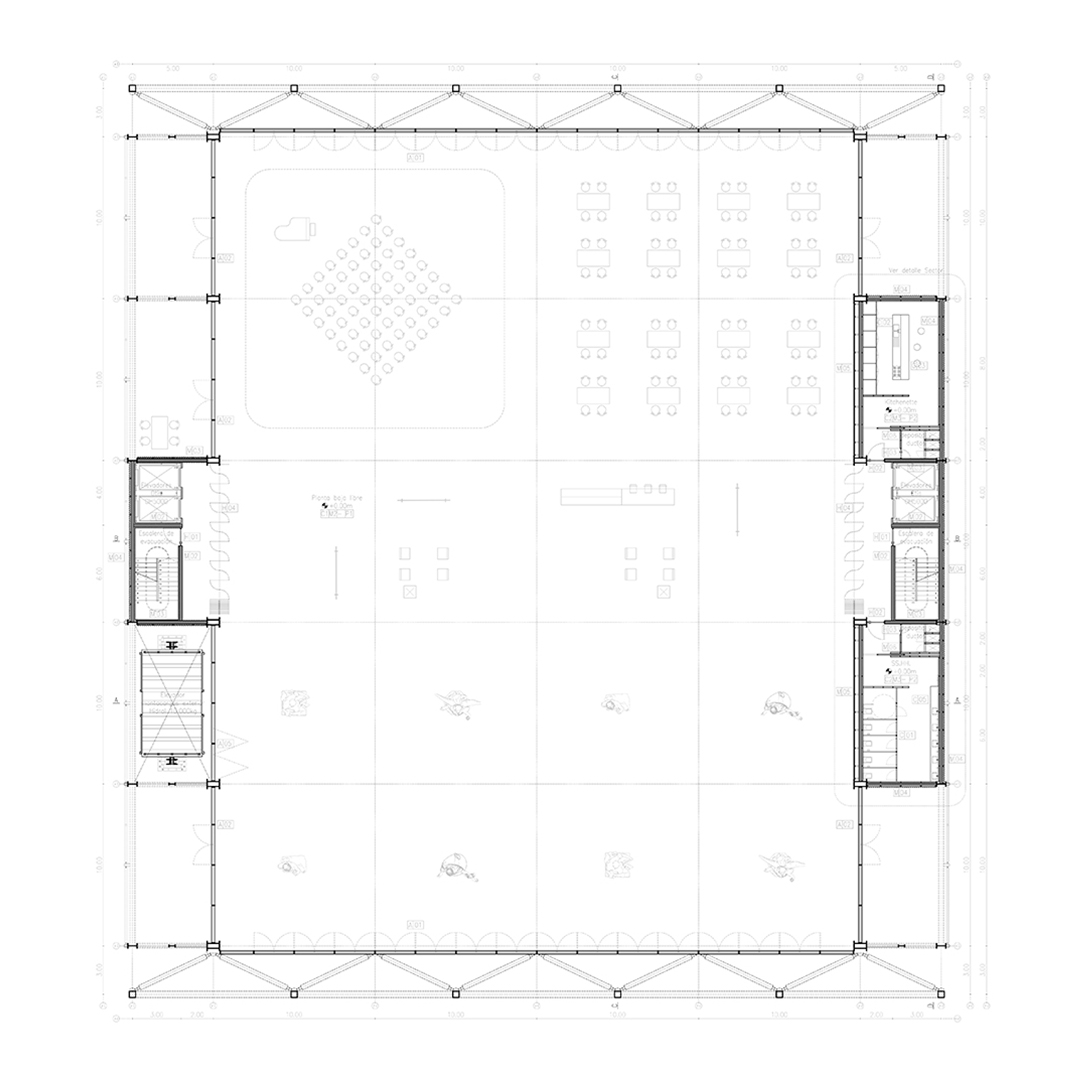 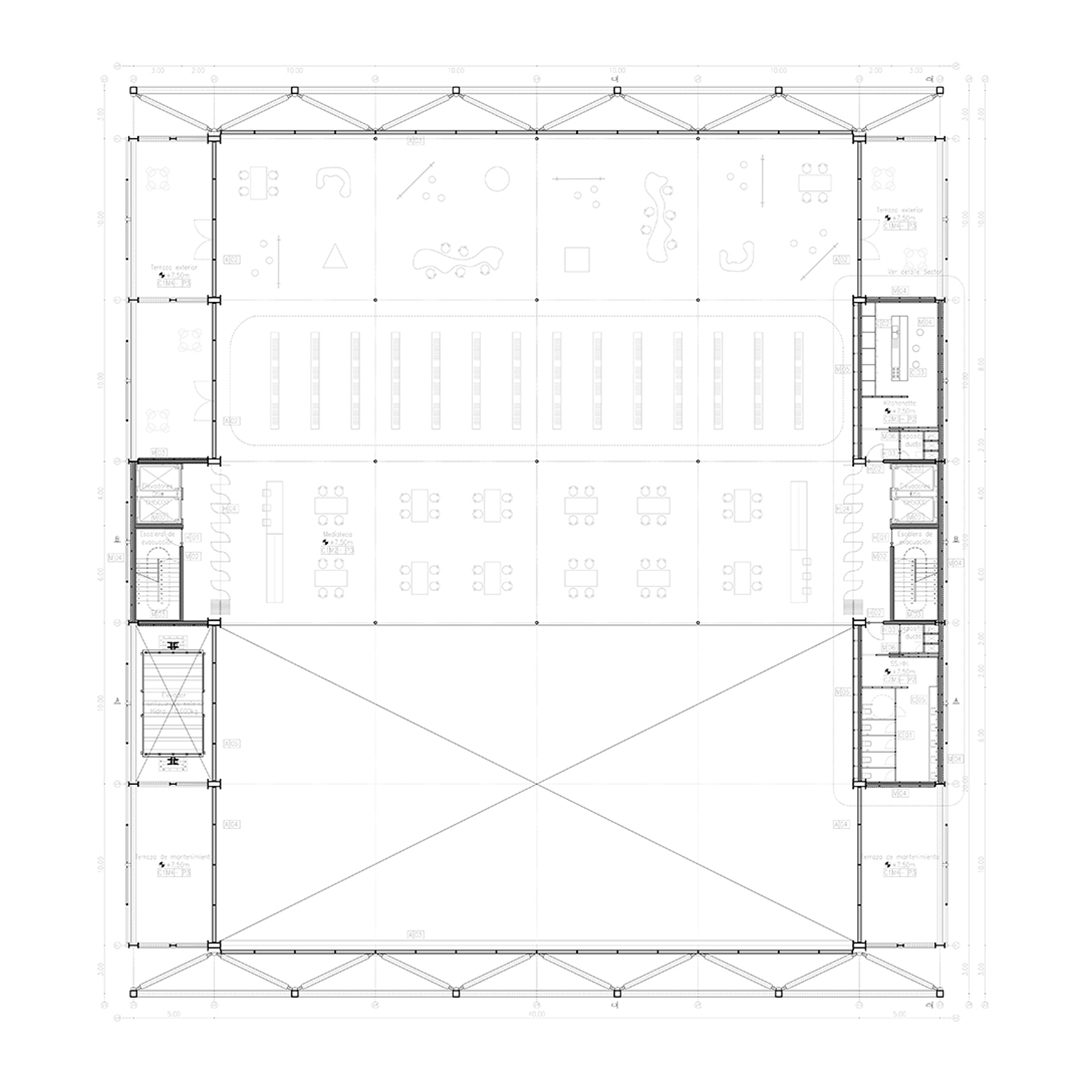 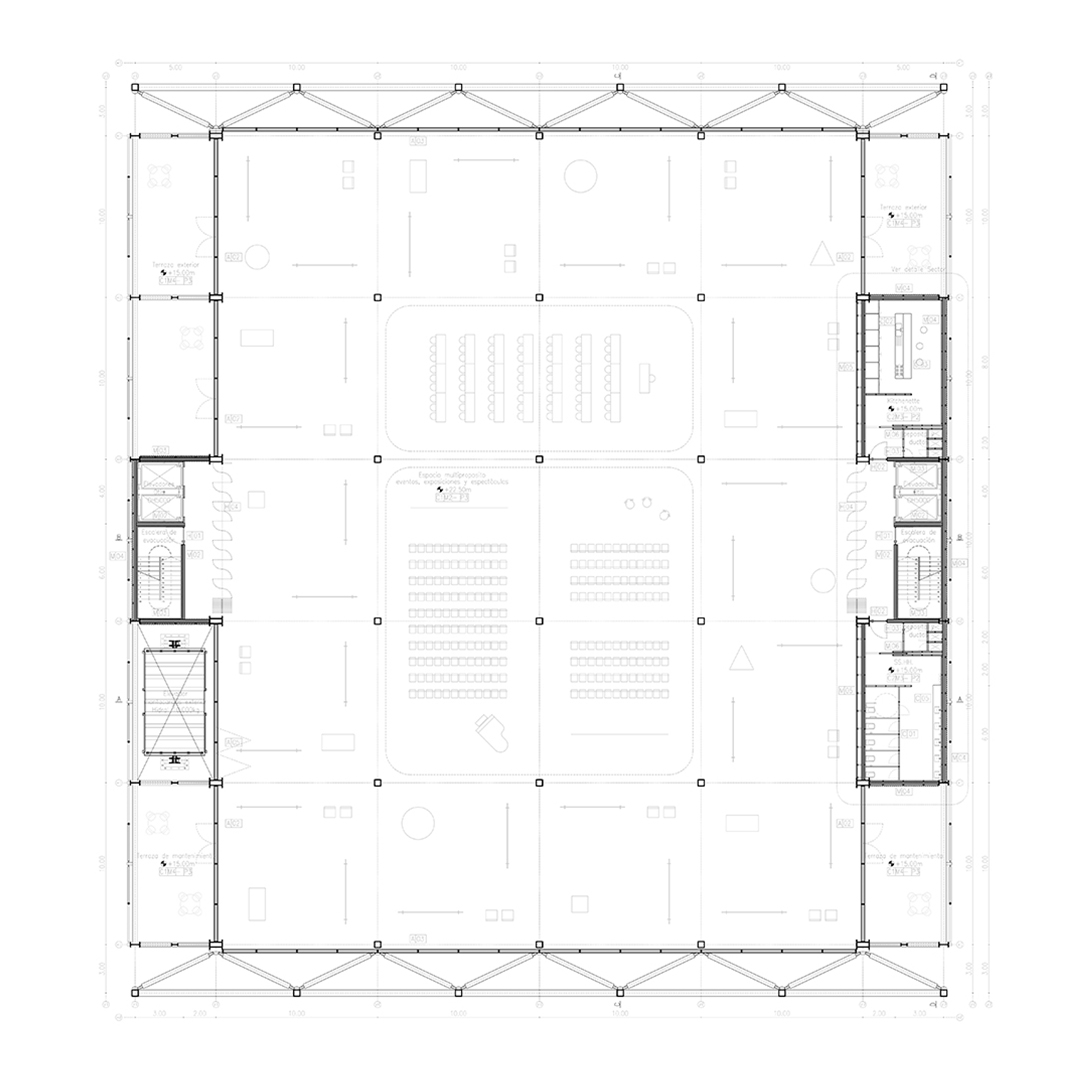 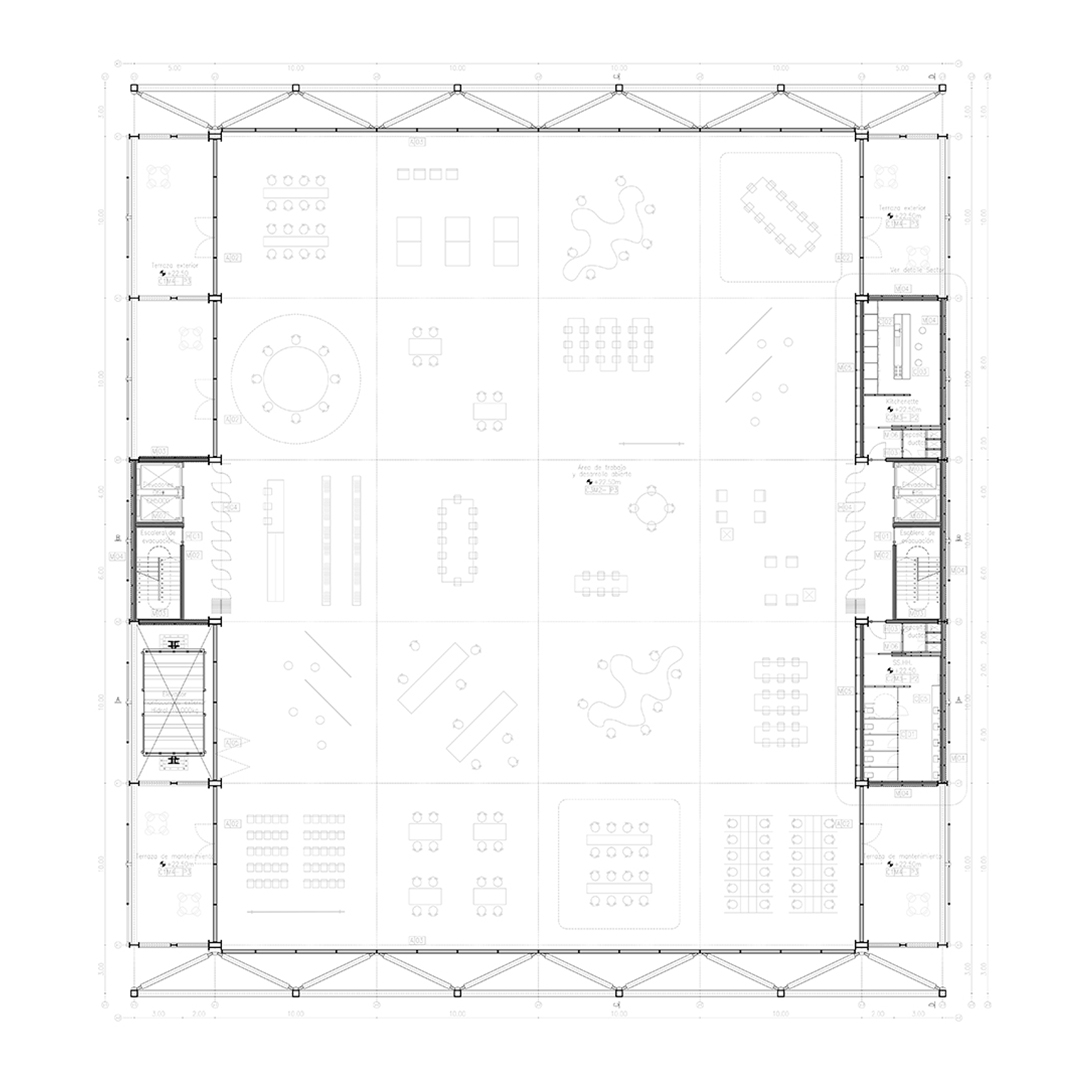 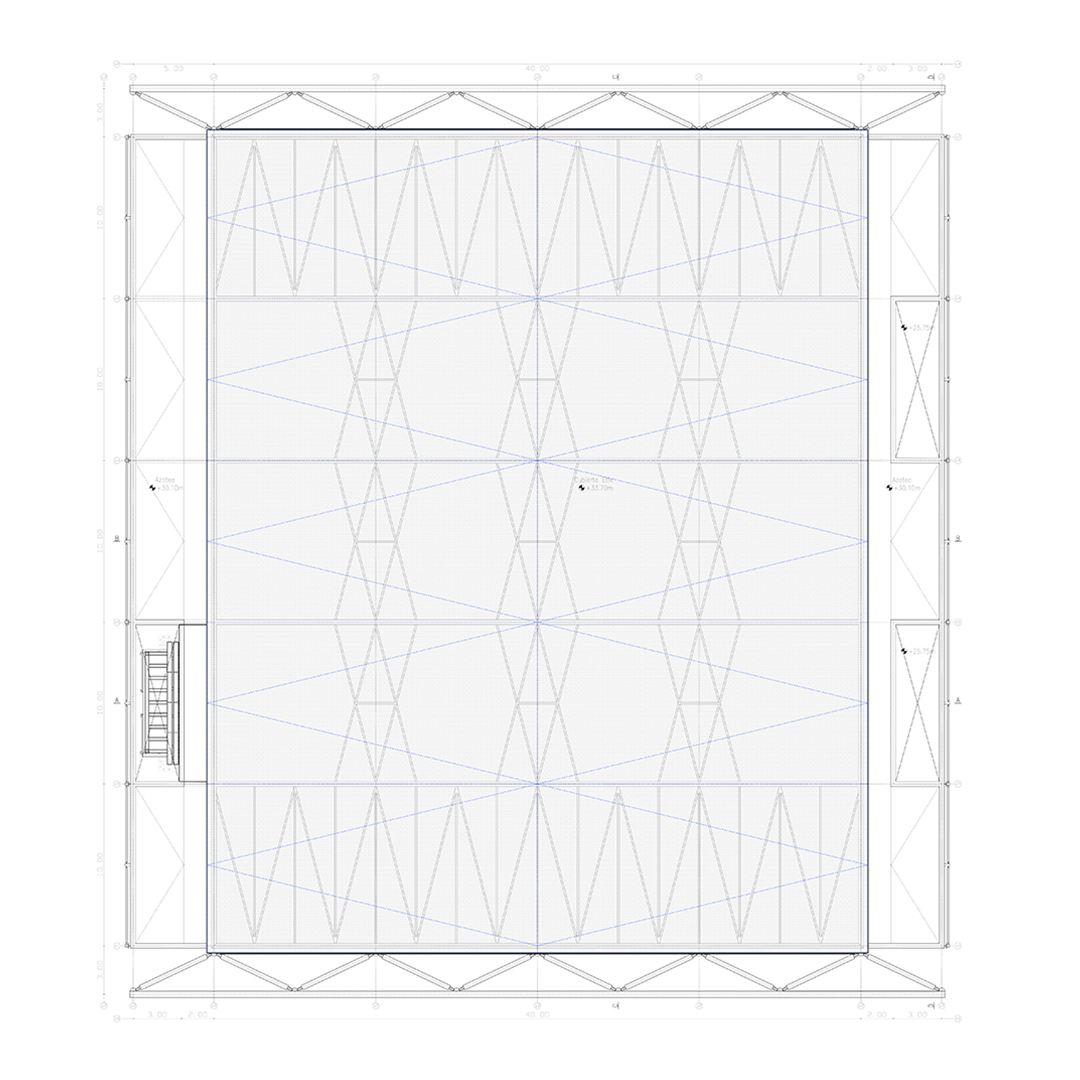 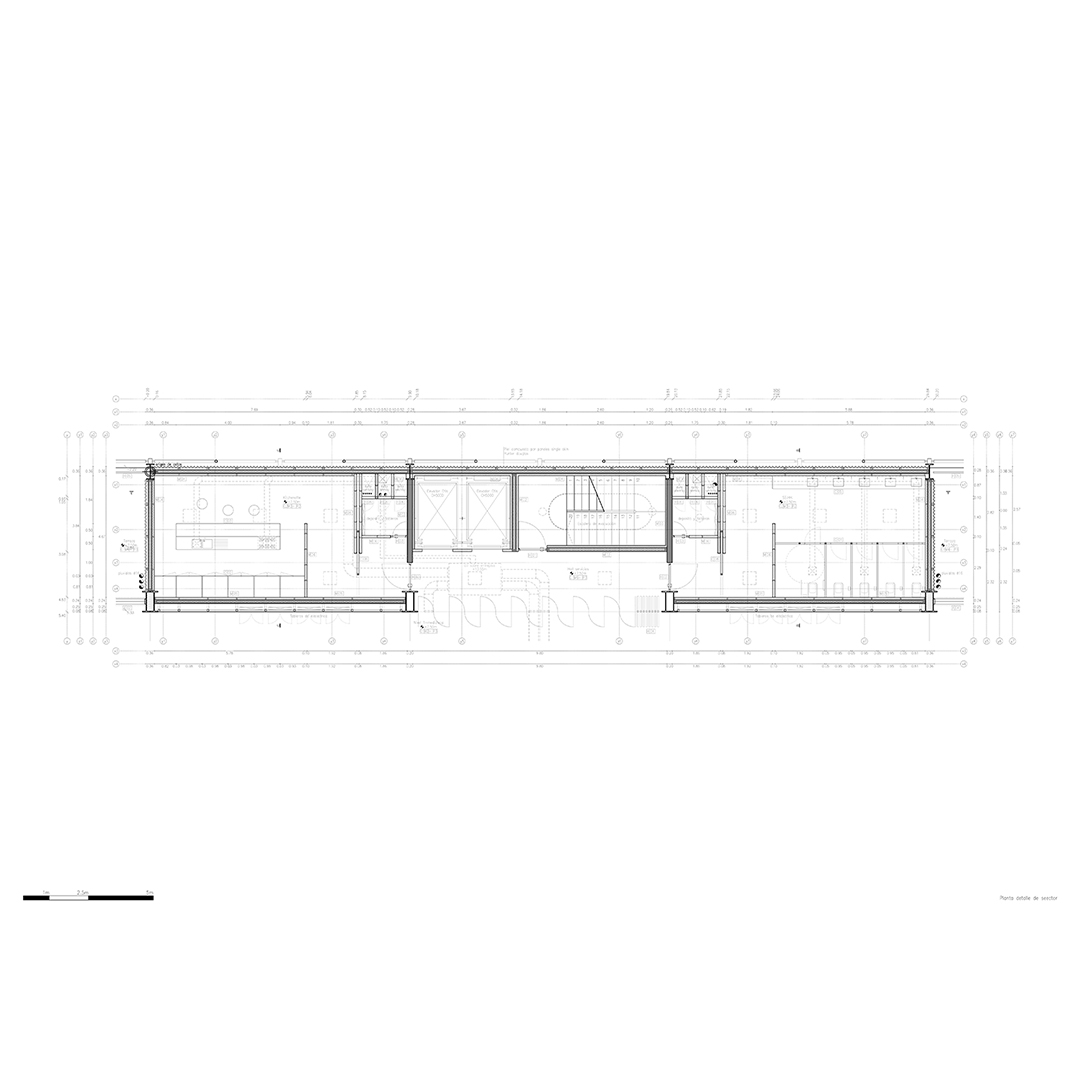 The implantation of the building on the bay of the Cerro is resolved through a land of square proportion of 100x100m. The public condition of the program requires fluid access to the building, which, being located in the center of the census, gives rise to a dry esplanade that allows the surrounding environment to be perceived at all times. This prism is completely transparent in an east-west direction, allowing it to be visually traversed and facilitating access to it through the glass enclosure, diaphanous by nature. This characteristic hierarchizes the public condition of the ground floor and highlights the condition of the social pole of the building complex. Finally, a public dock begins in the dry esplanade, this being an artifact in itself that opens the possibility of connecting the city by sea.

The organization of the building, in response to the conditions of the environment and the programmatic needs, is resolved in a prismatic volume of four floors. In its organizational logic, the nucleus is presented as a configurable void: a space capable of adopting different programs, and its north and south faces, which are transversal to the Bay, house the circulation and services of the building; and in turn, this organizational logic is followed by a structural logic: the supporting structure acts by freeing the center of the building and conducting loads vertically through the north and south facades. These four configurable spaces are possible through the structural development of the building. The interior ground floor is the continuity of the exterior esplanade, while the other levels acquire different configurations according to the structure of the building, and this allows each level to be different from the others, and therefore more or less convenient for the buildings. different configurations / programmatic possibilities. 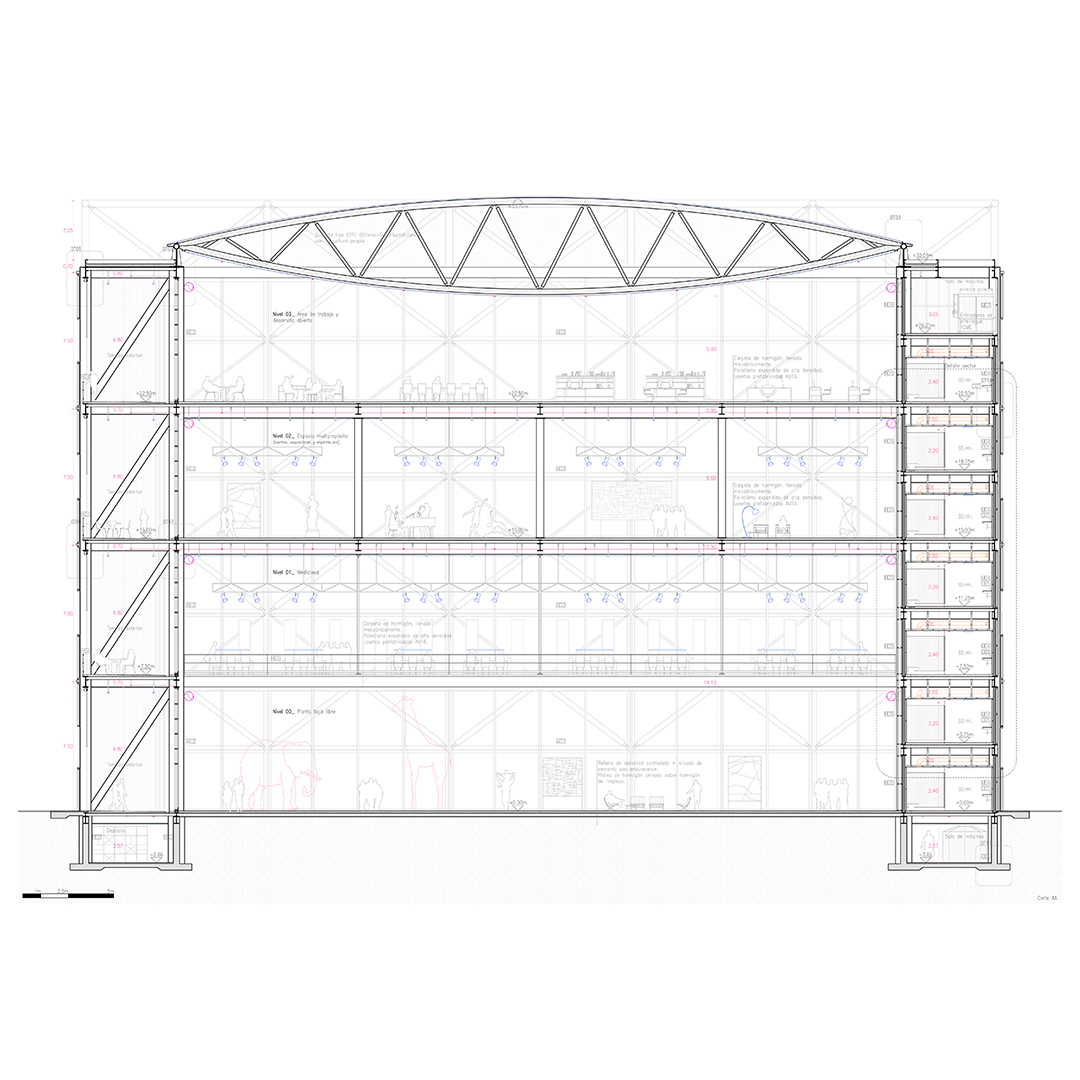 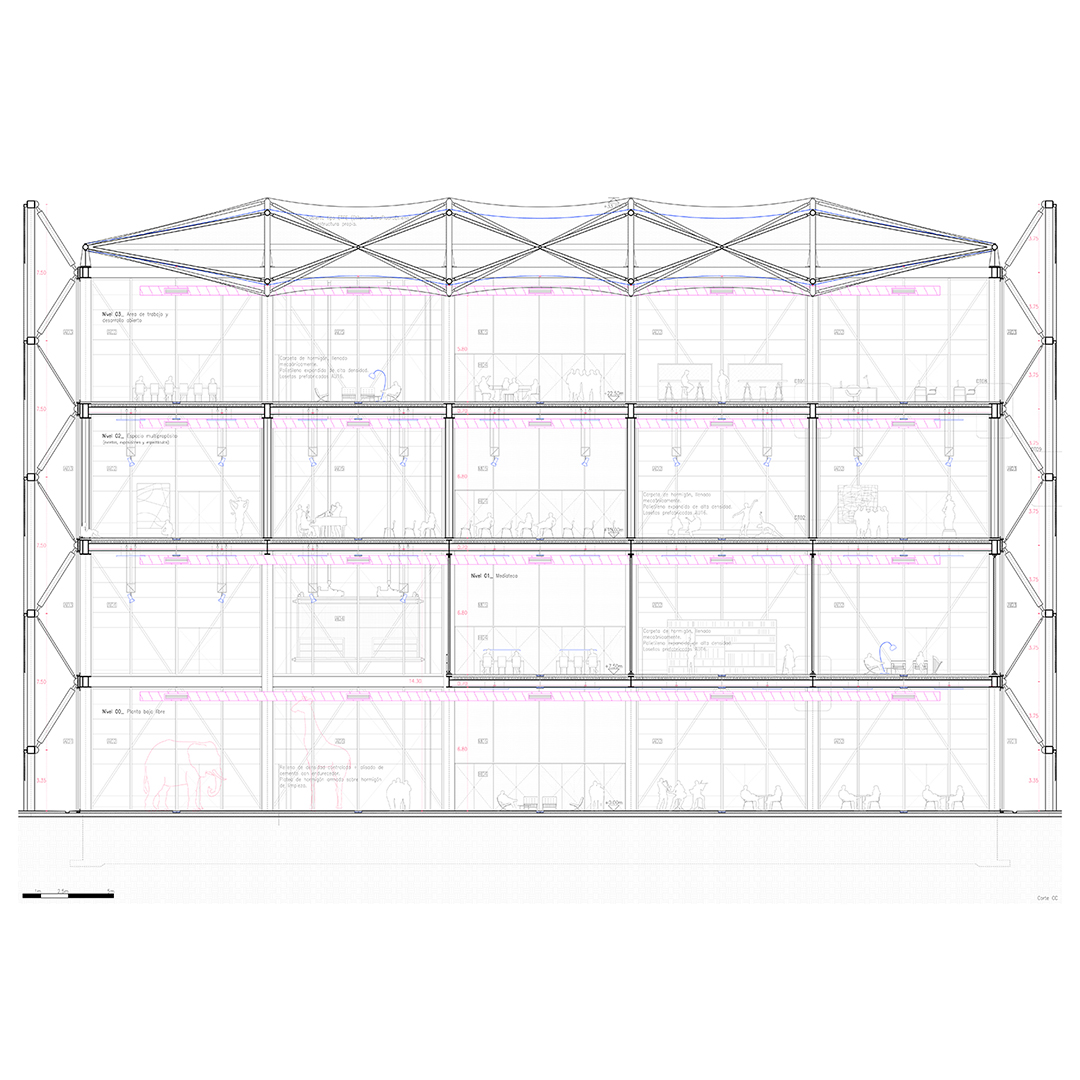 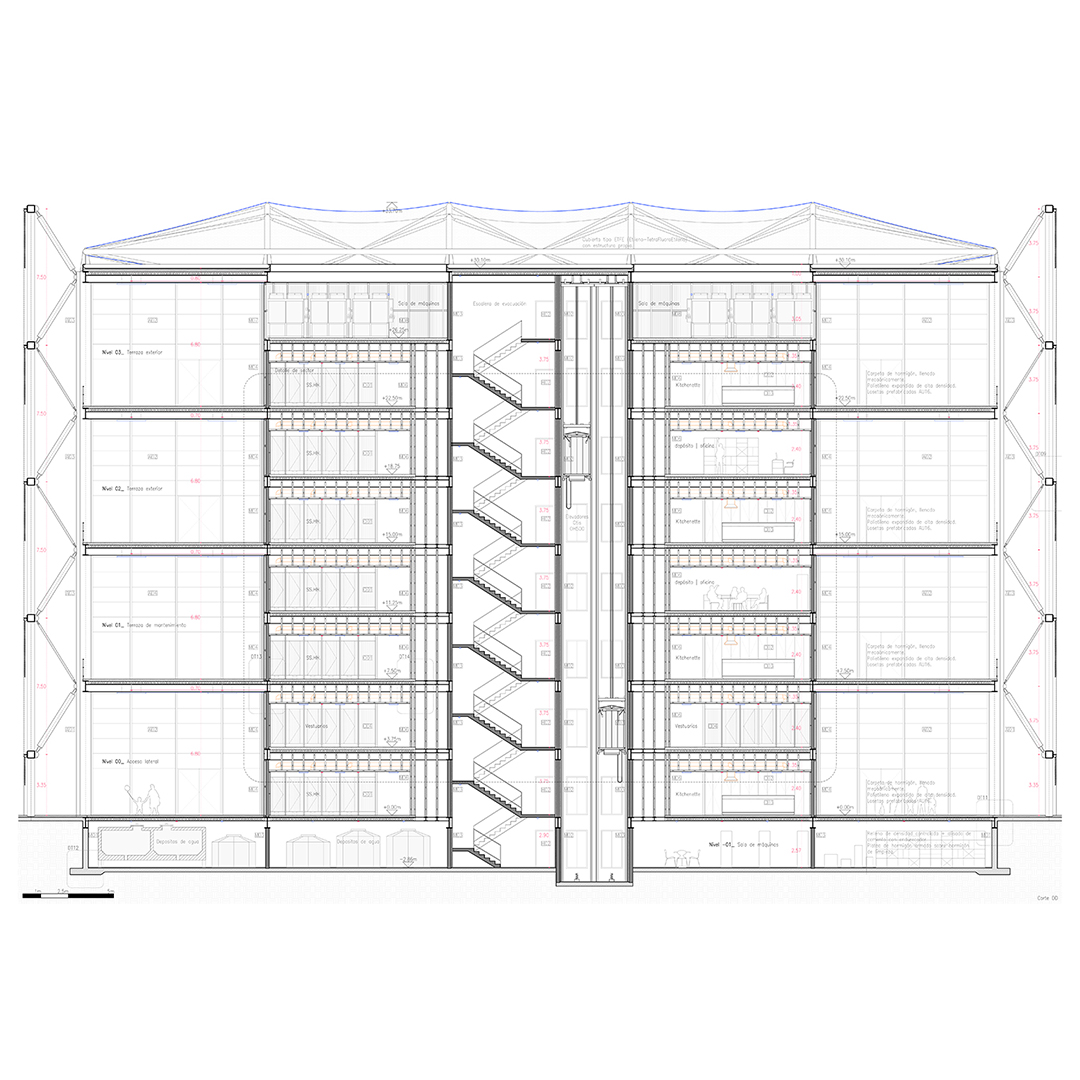 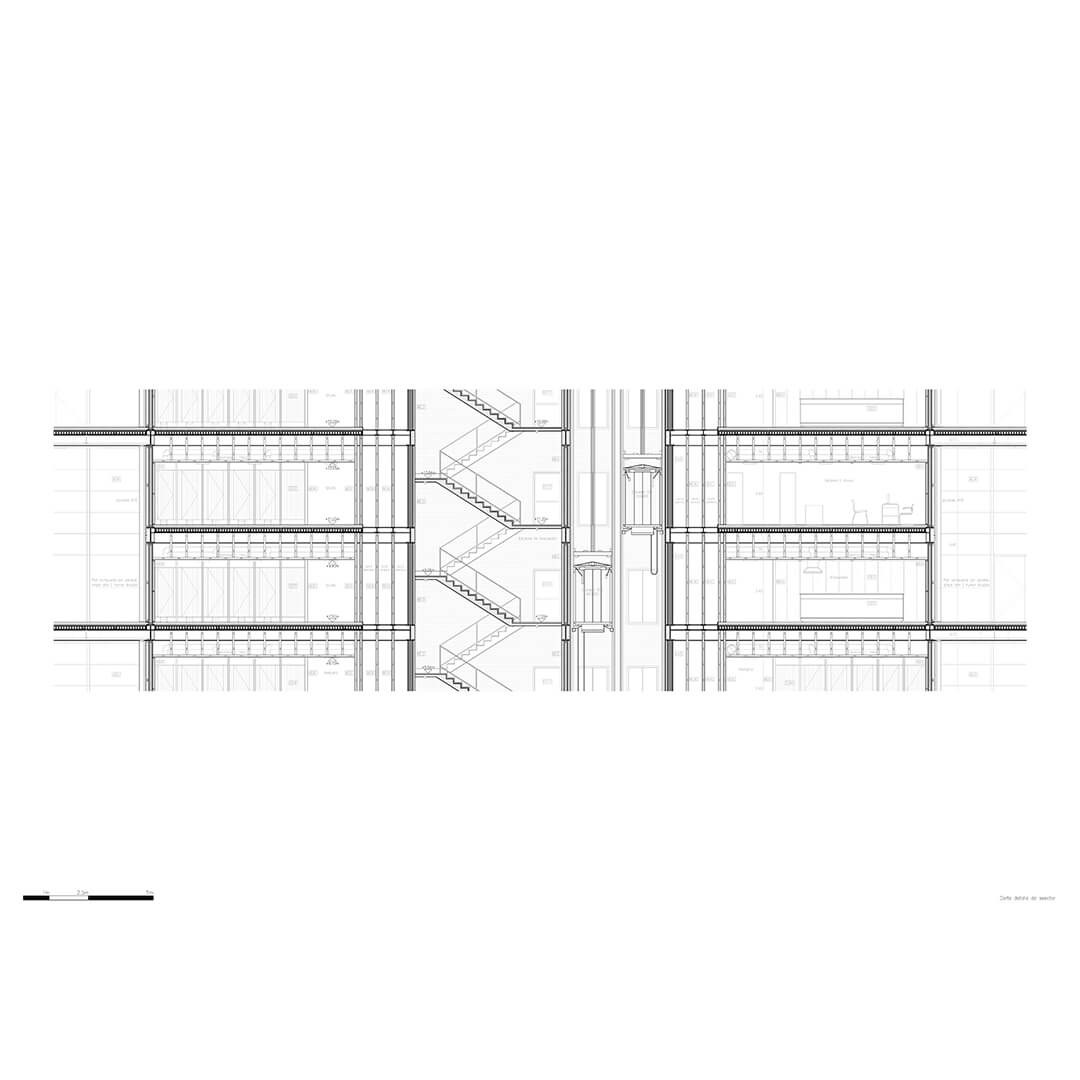 The technological response to programmatic demands is the consequence of a rational search based on structural clarity and assembly efficiency. In this sense, the structural scheme is resolved through a vertical support structure on the north and south faces of the building and a variable horizontal structural system. The vertical support structure is made up of steel profiles, which, braced together, form a homogeneous geometry of 5x50x30m. that allows to distribute the efforts towards the foundations. The variable horizontal structure is made up of six 7.5m Vierendeel beams. high located every 10m. between them on level two of the building, this allows supporting the slabs of the upper level and hanging the slabs of the lower level through cables, and consequently the ground floor and the upper floor are free floors. 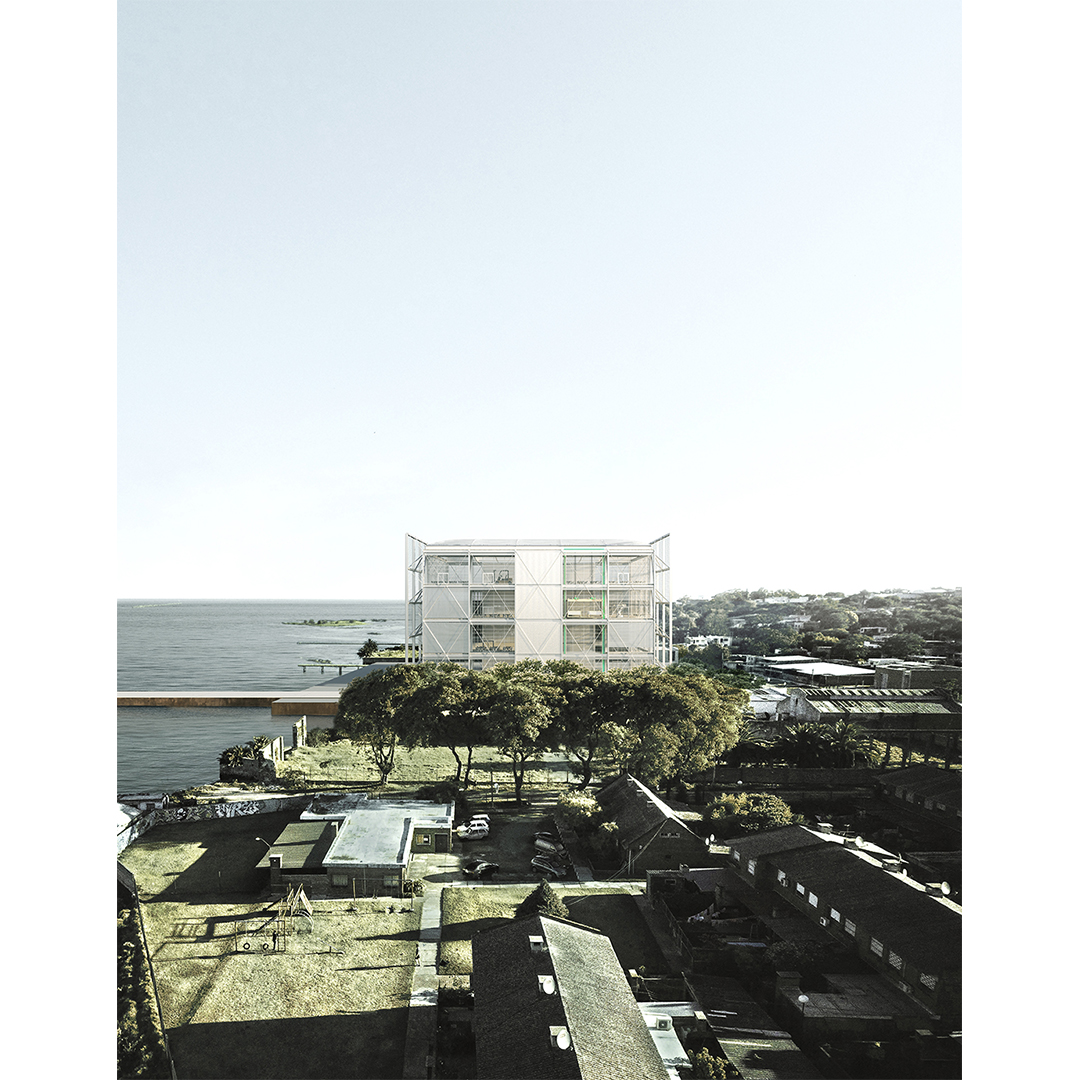 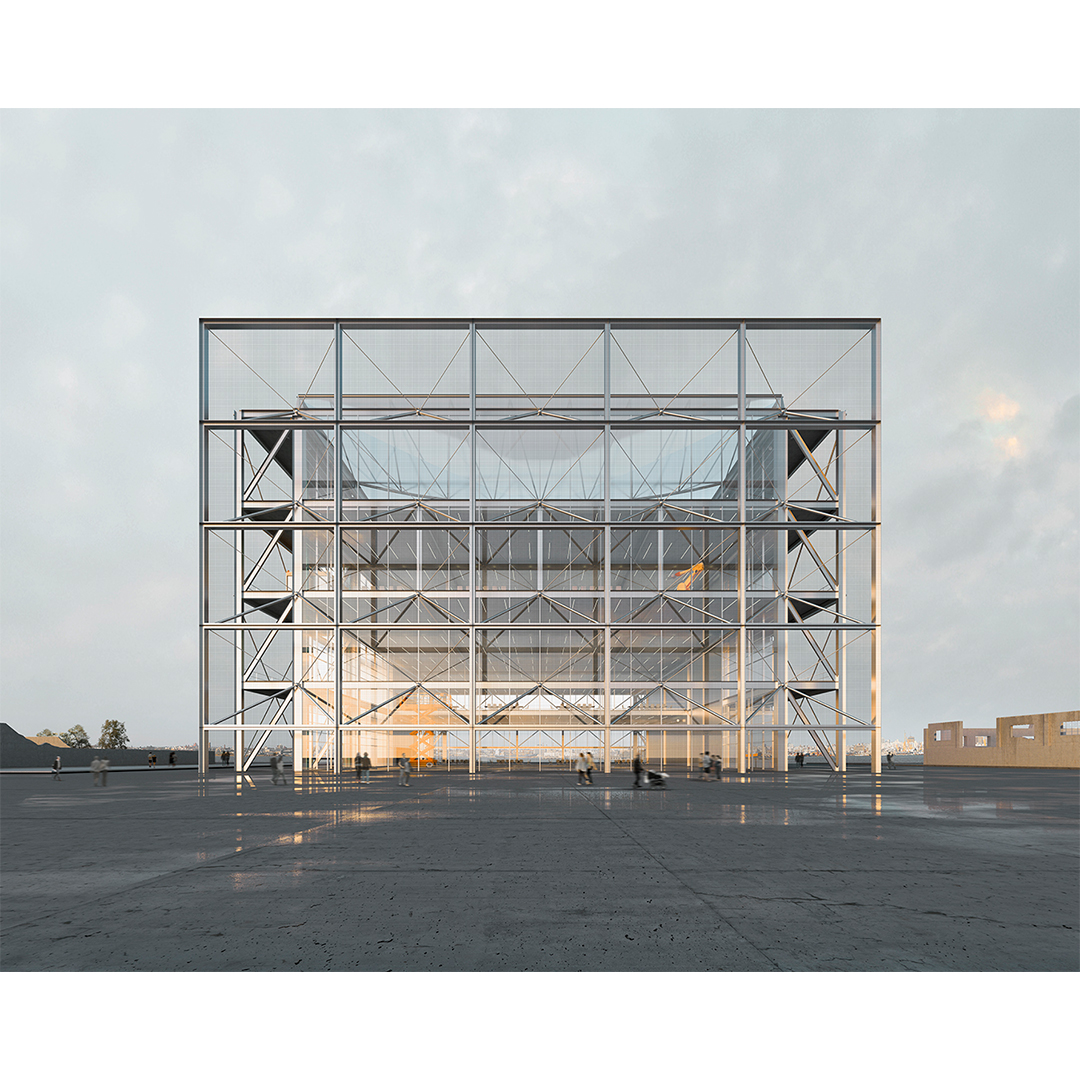 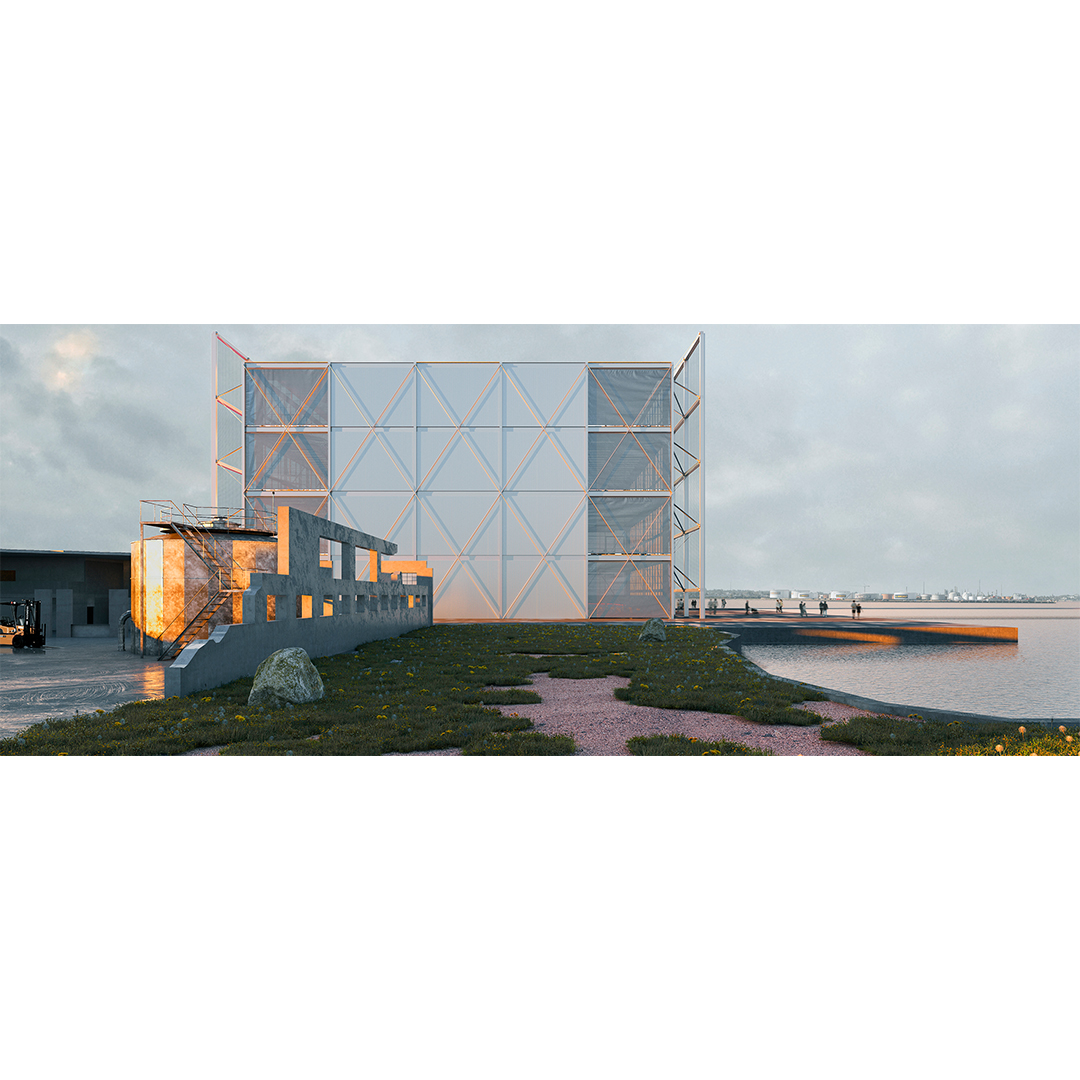 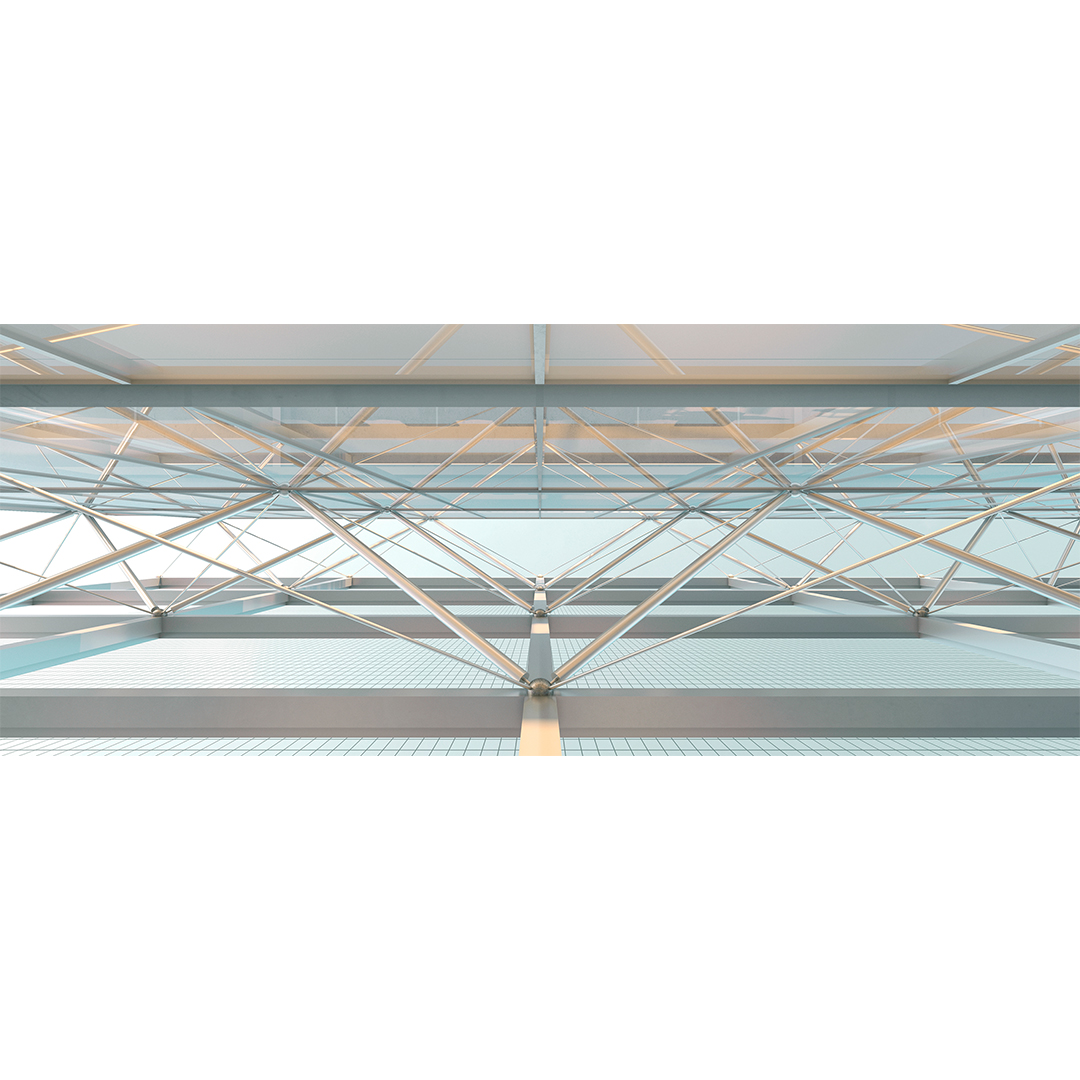 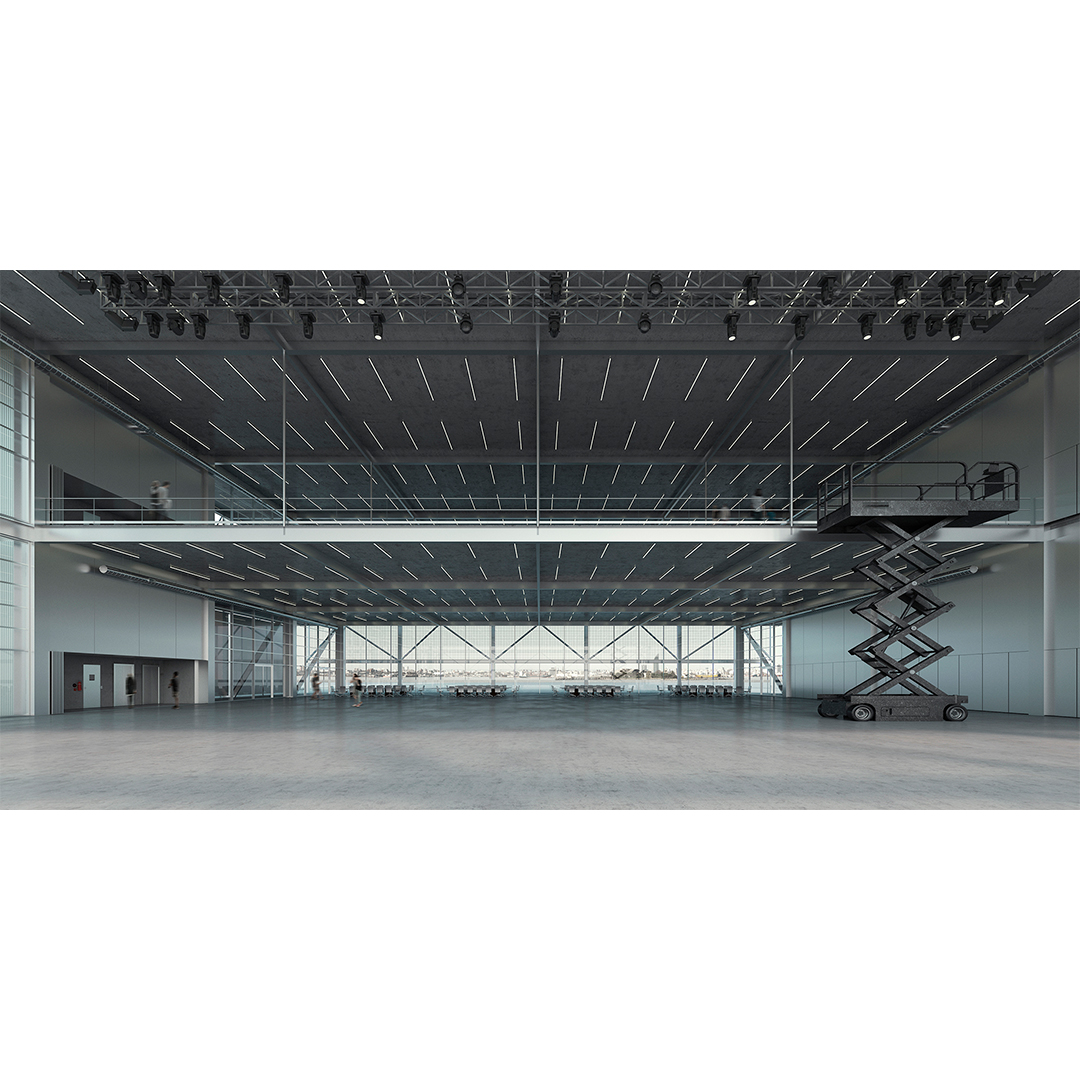 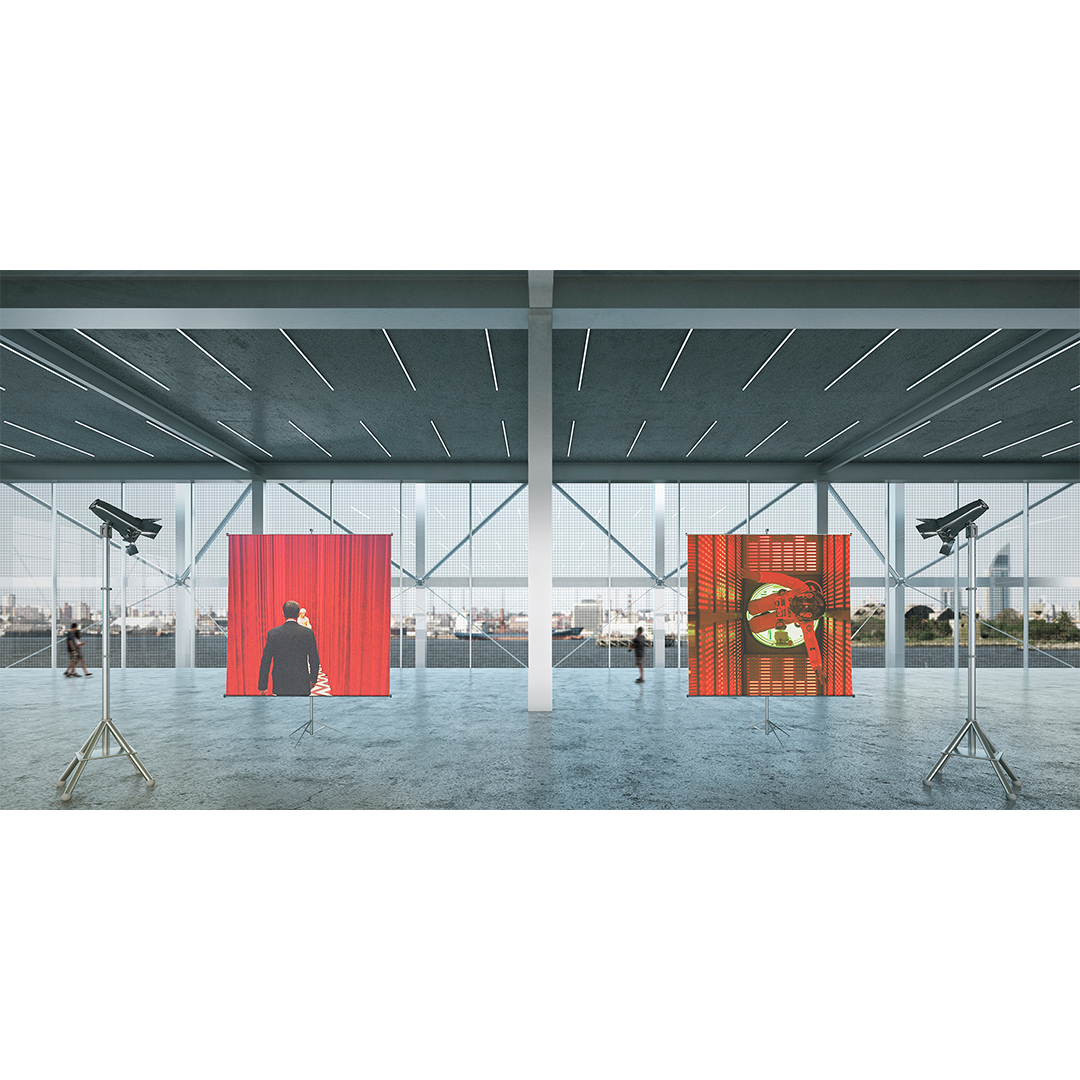 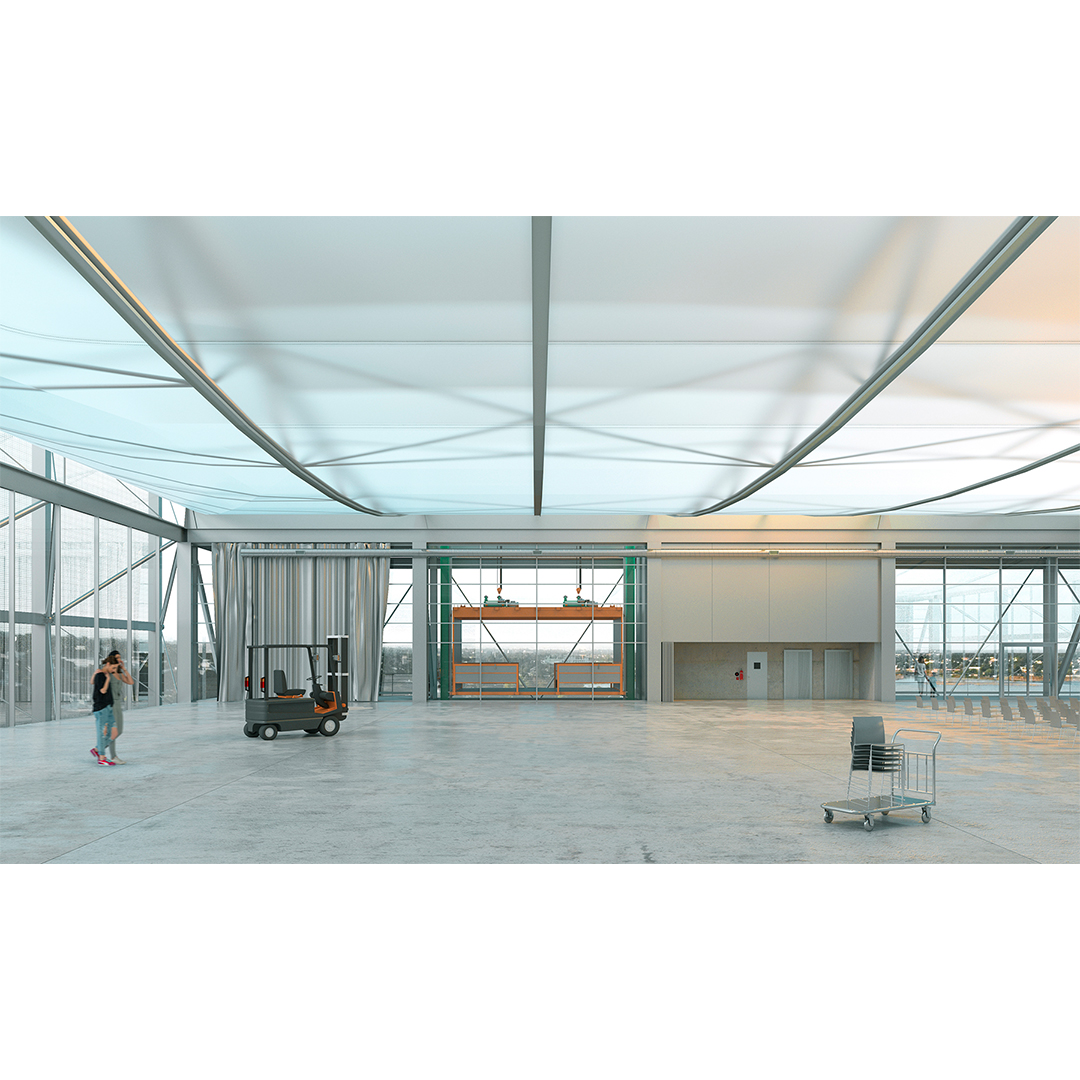 The assembly scheme is then verified with the structural scheme, generating opaque faces that house circulations and services (mostly on the south face, where there is less solar incidence) around the vertical support structure and glazed faces with metal skin protection in the east and west faces of the building.