The project, an archive of the memory of the landscape, was born with a double purpose: to recover and store the vestiges of the construction of this monumental infrastructure; and to display them. 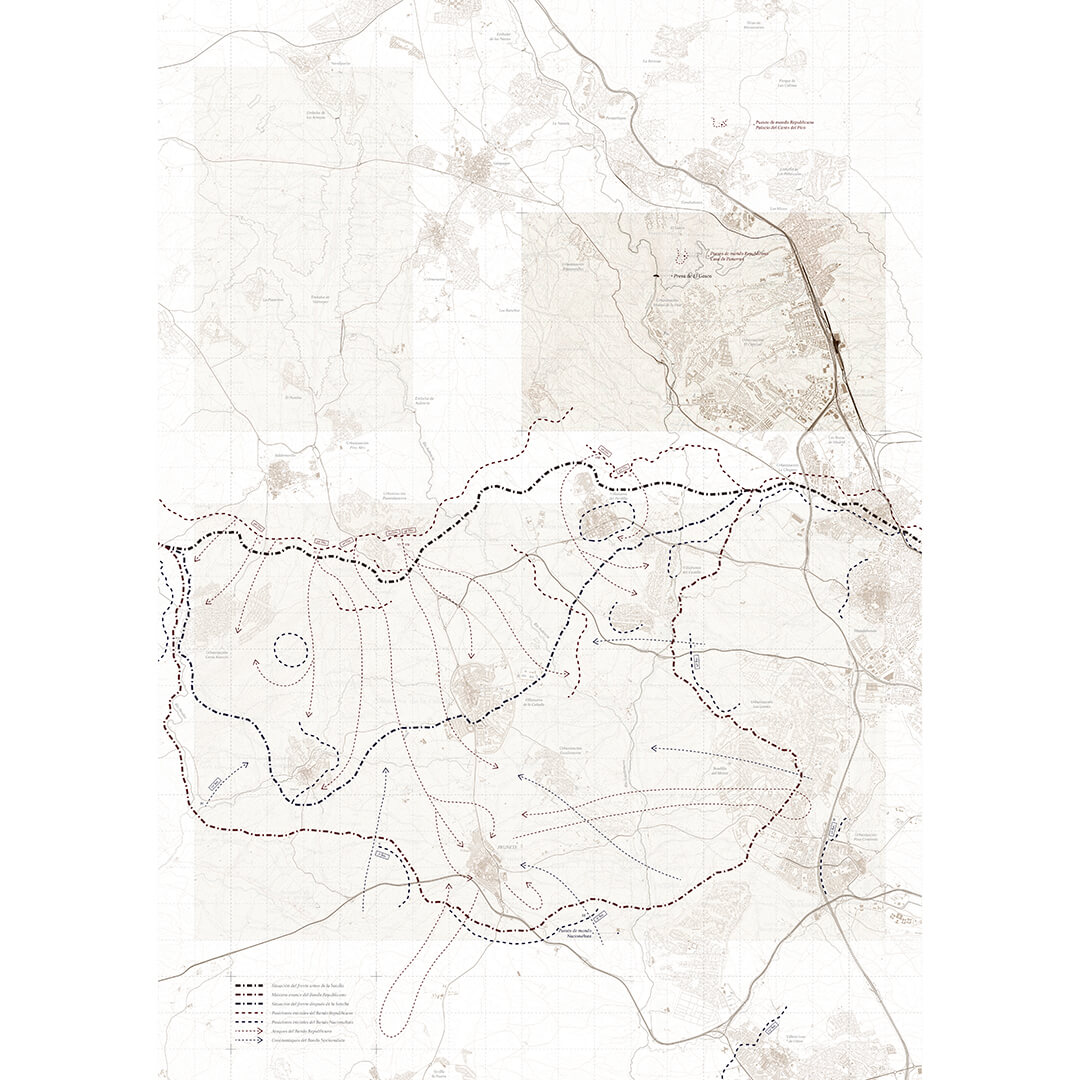 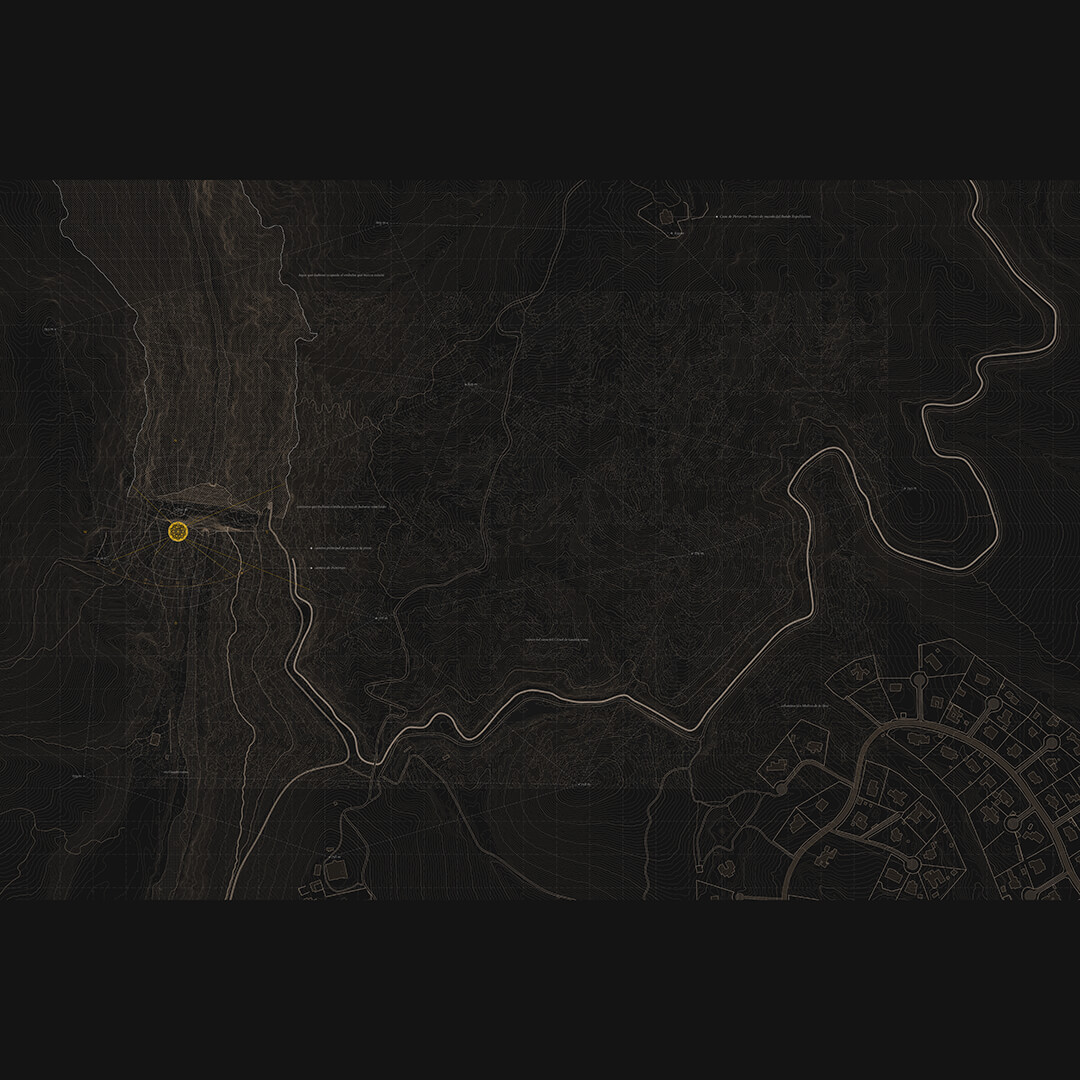 At the vertex that unites the municipalities of Torrelodones, Las Rozas and Galapagar, is the origin of what is probably the most crazy project that has ever been built in our country: the Guadarrama Canal, a route of almost 700 km in length that intended to unite the city of Madrid with the Atlantic Ocean by river. This utopia of granting Madrid an outlet to the sea was raised since the time of Felipe II, but it would not be until the end of the 18th century when the El Gasco dam began to be built in this location, a colossal structure of more than 90 meters in height. height destined to become the highest dam in the world. A dream that, after its structural collapse during its construction, ended up settling for being the tomb of a frustrated project, a victim of its own ambition. 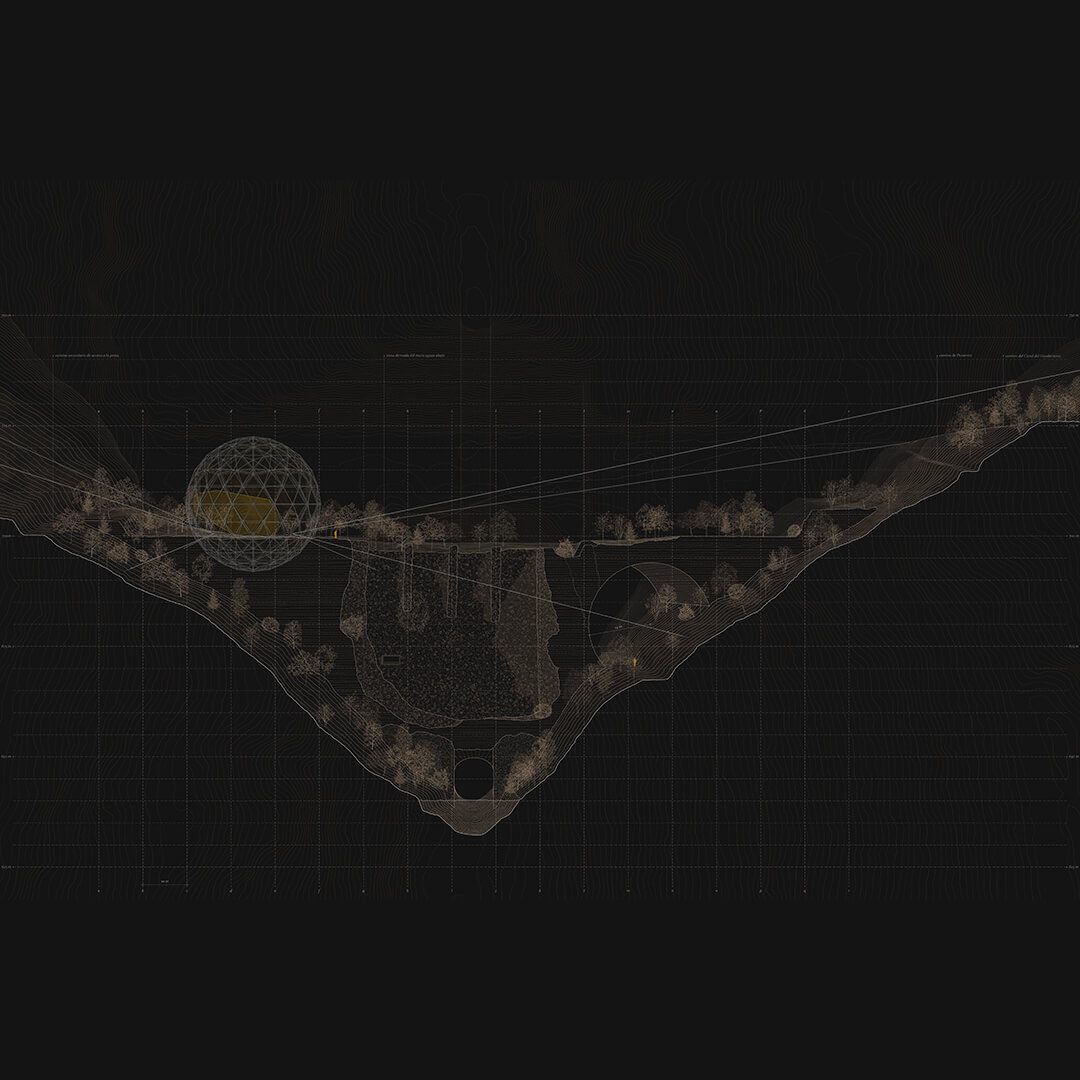 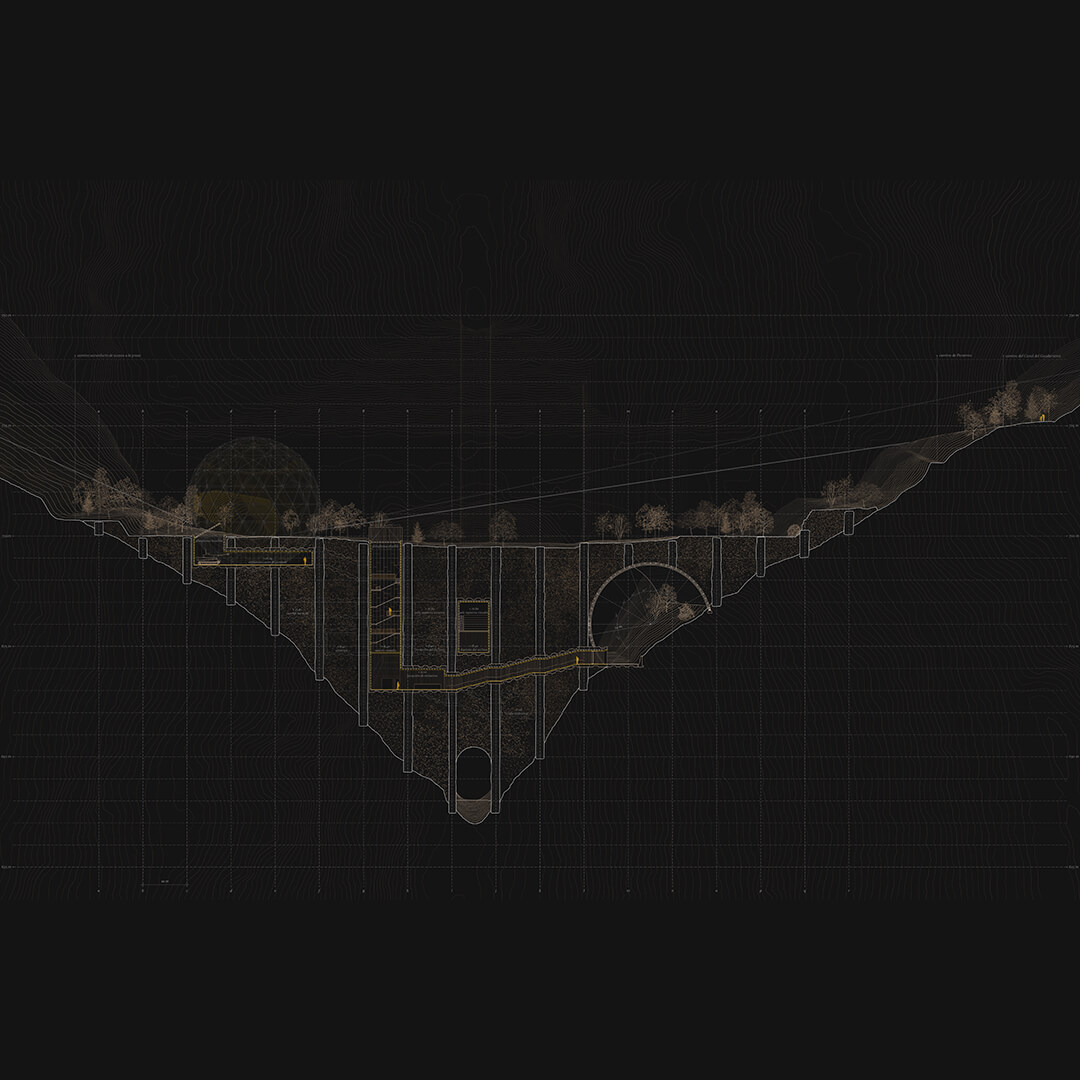 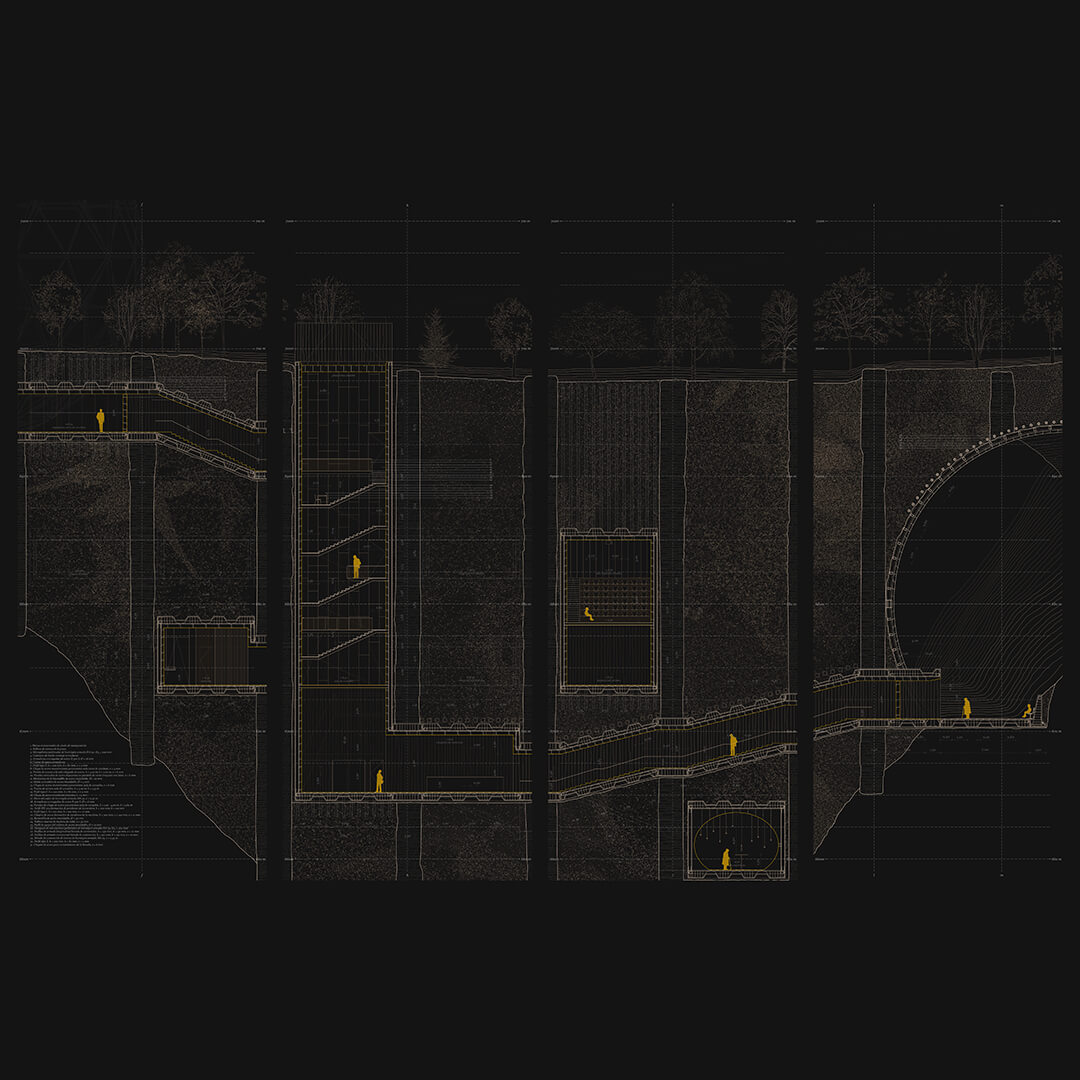 The project, an archive of the memory of the landscape, was born with a double purpose: to recover and store the vestiges of the construction of this monumental infrastructure; and that of exhibiting them, that of making them stop belonging to no one to belong to all of us. To do this, a series of voids are generated inside the dam that take advantage of the 10 meters that separate the axes of its tying walls to house the different rooms of the project. The logic of the volumes that are housed in these voids is always the same: pieces with variable depth and height depending on their use, but with a constant width: the 7.60 meters that are distant from the internal faces of the dam’s tying walls . Thus, a path is produced as a consequence of this game of volumes, with spaces that compress the visitor’s gaze to later dilate it, both vertically and horizontally, both in plan and in section. The interior of the archive is illuminated by oblique wells that connect each of the spaces with the exterior. The drama caused by the punctual light gives the different rooms a close, warm and almost intimate atmosphere, which aims to move the archive away from the traditional idea of ​​a museum to bring it closer to the concept of a warehouse, a place to get in touch again with everything in the file. 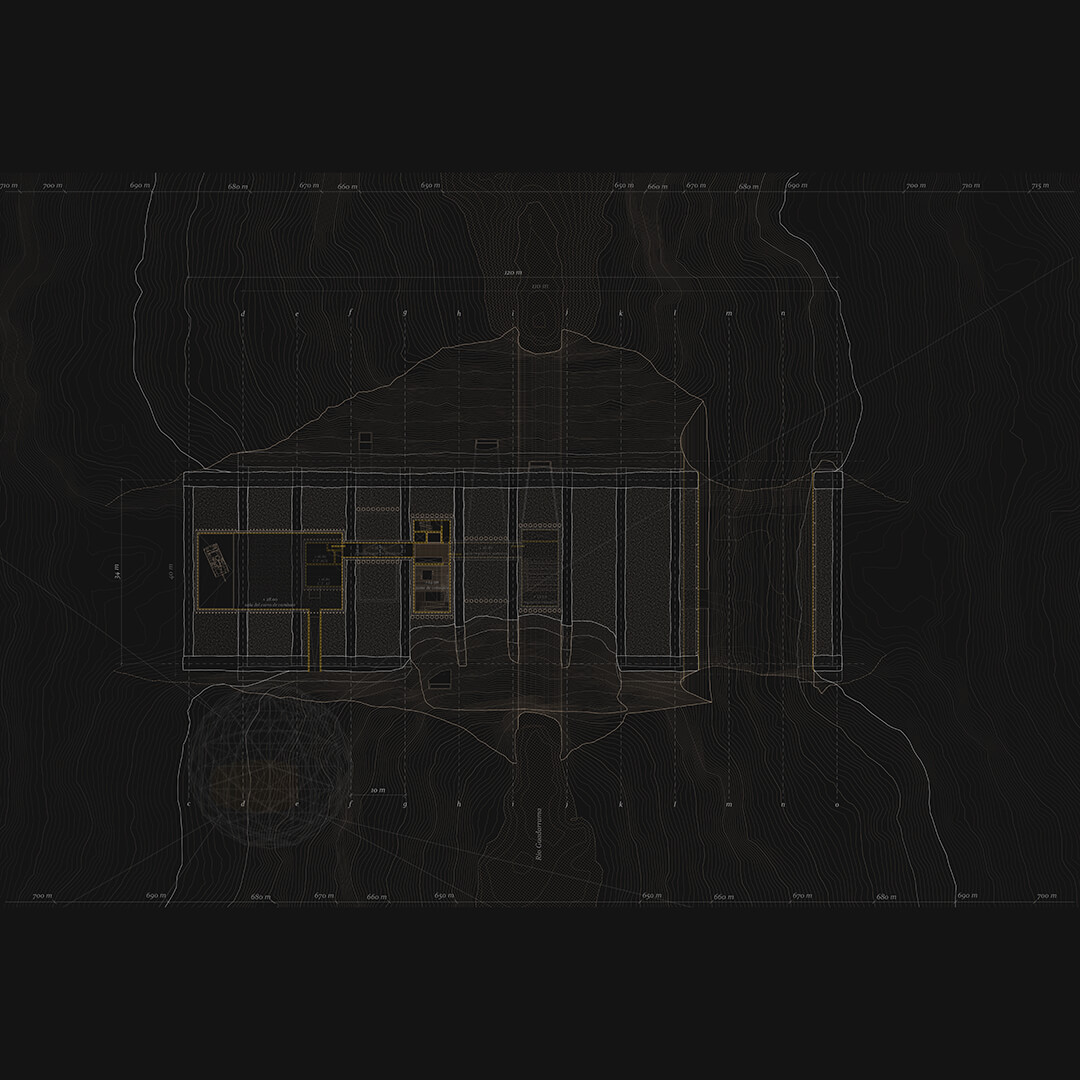 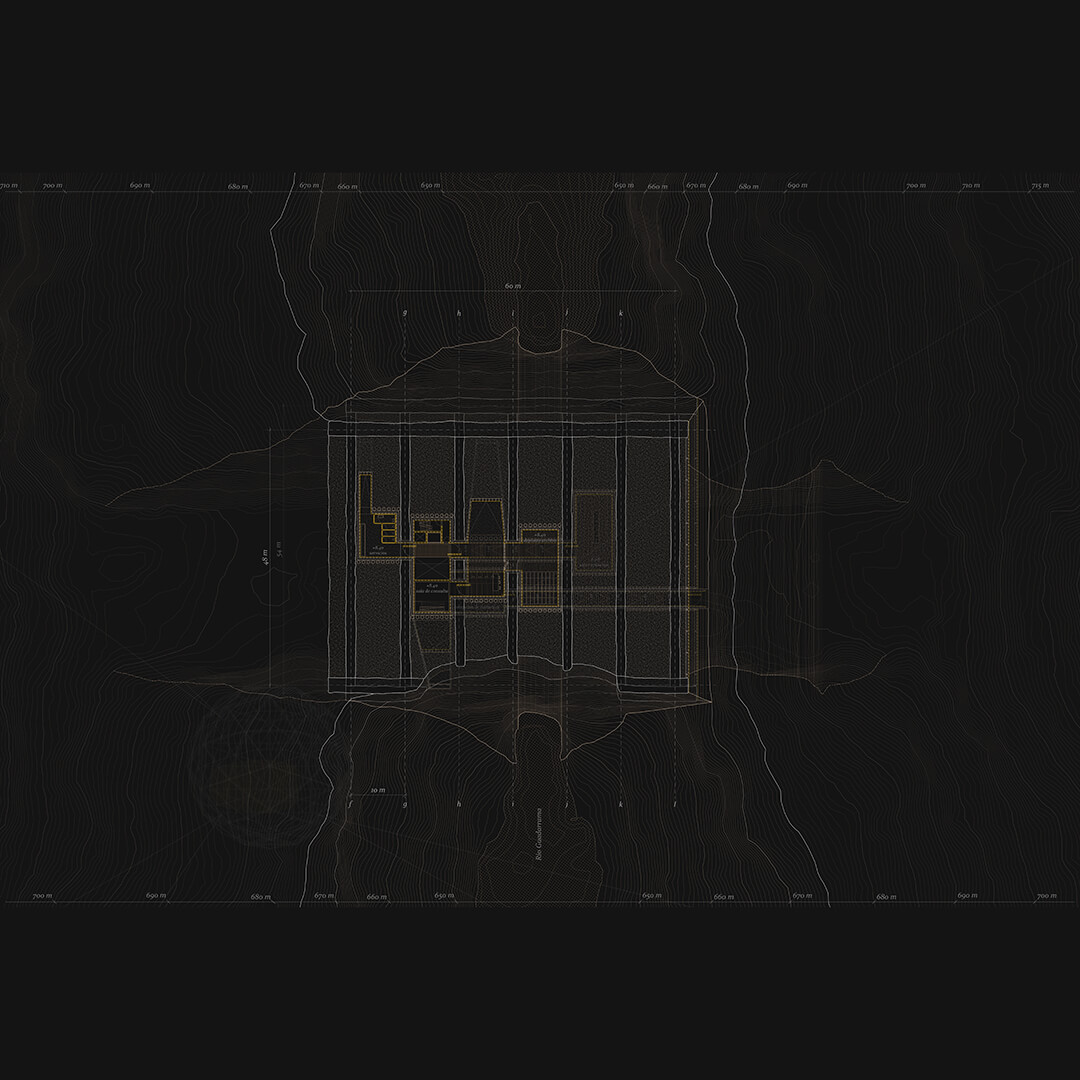 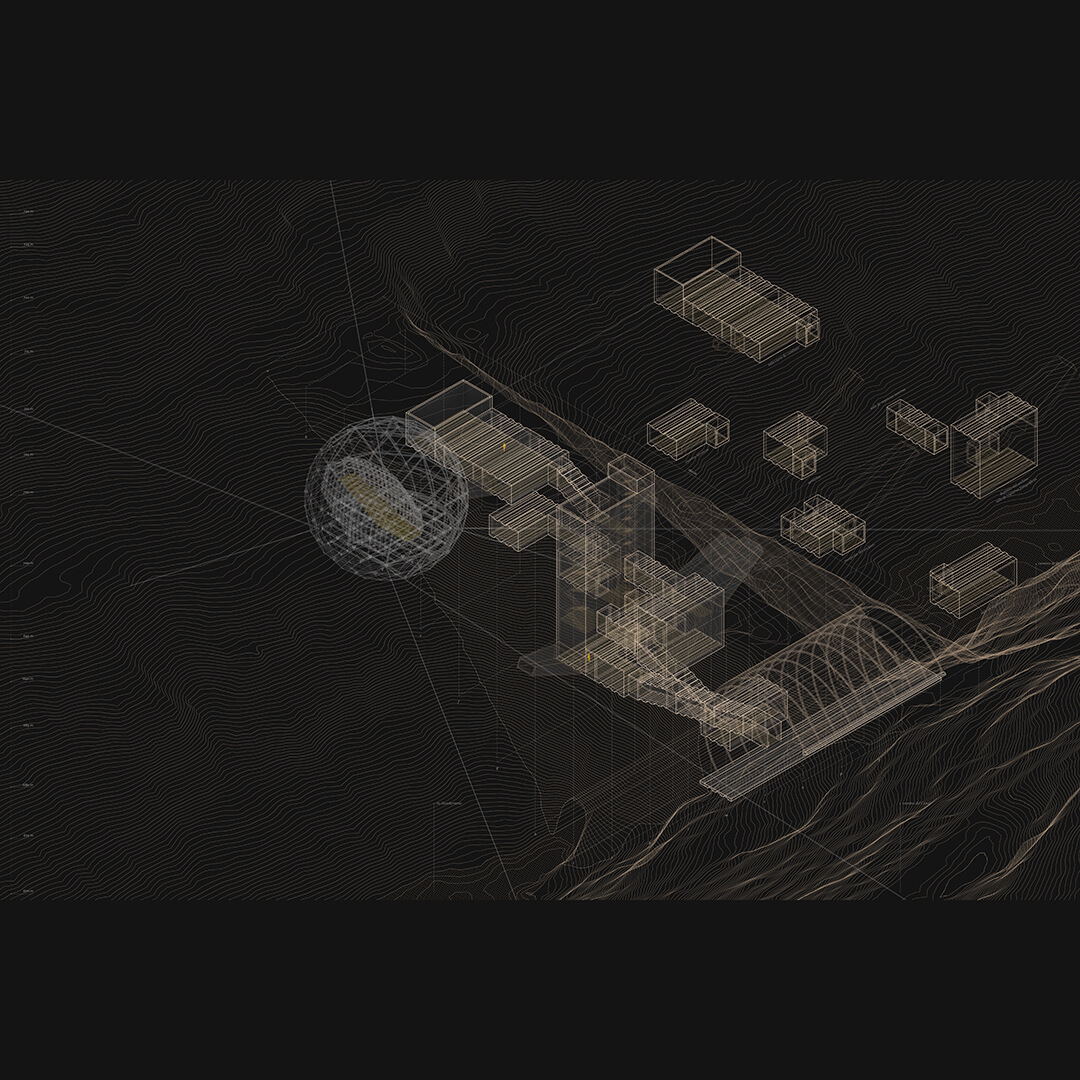 If the scale of the spaces inside the dam is related to that of the objects that are stored, in the case of the exterior dome, almost the opposite situation is sought: to respond to the landscape. The introversion of the archive contrasts with the monumentality and artifice of the dome, which aims to show itself precisely like this, as something artificial, as an artifact whose structure can be divided into three well-differentiated parts: the platform, the conference room and the dome itself; hang, pose and cover. Thus, a structure is proposed with the constructive logic of the industrialized, in which the available technical resources of an era are clearly manifested and which makes an extraordinary effort to fulfill a very specific function: to make visible a history that has been hidden until now, in a place that was, off the map. 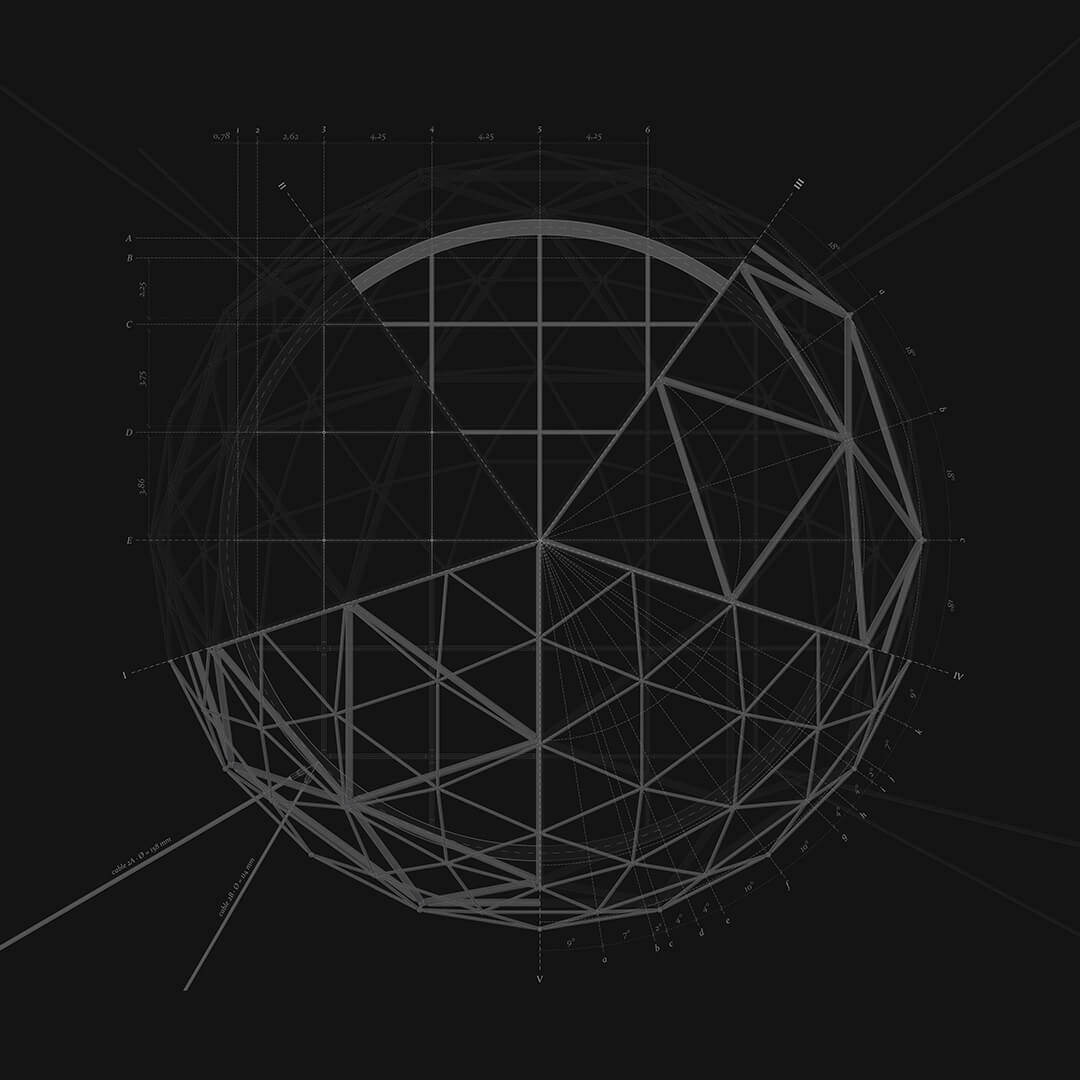 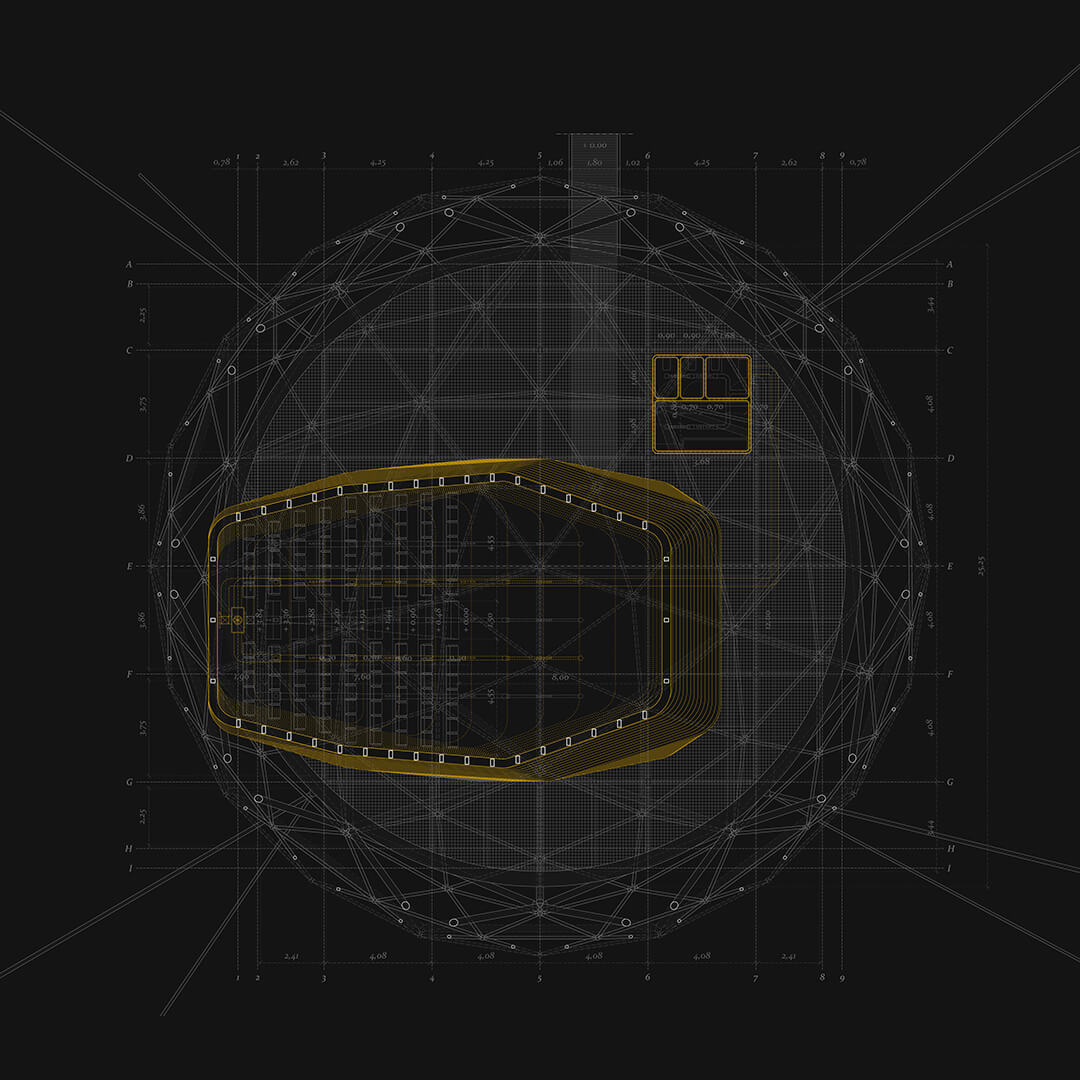 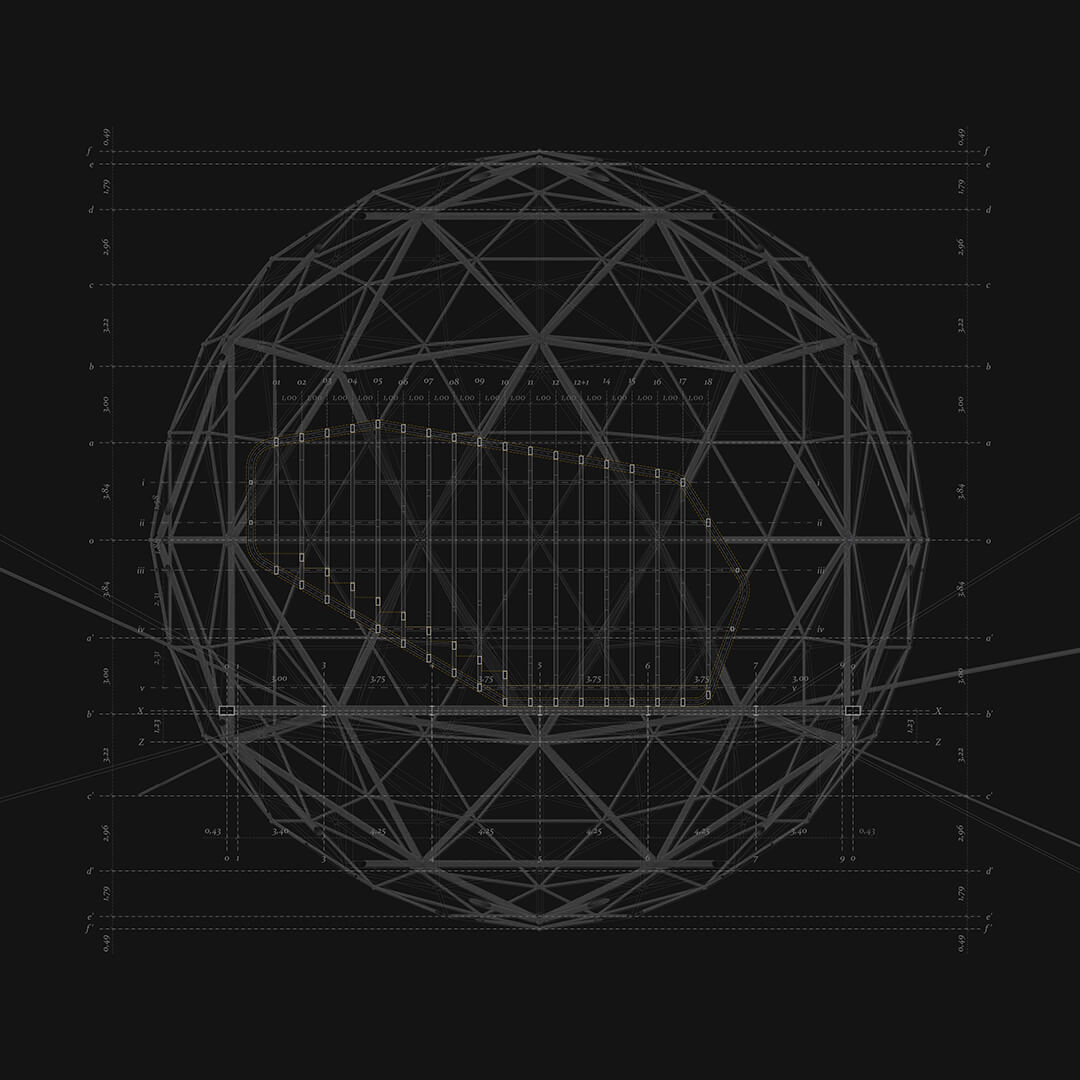 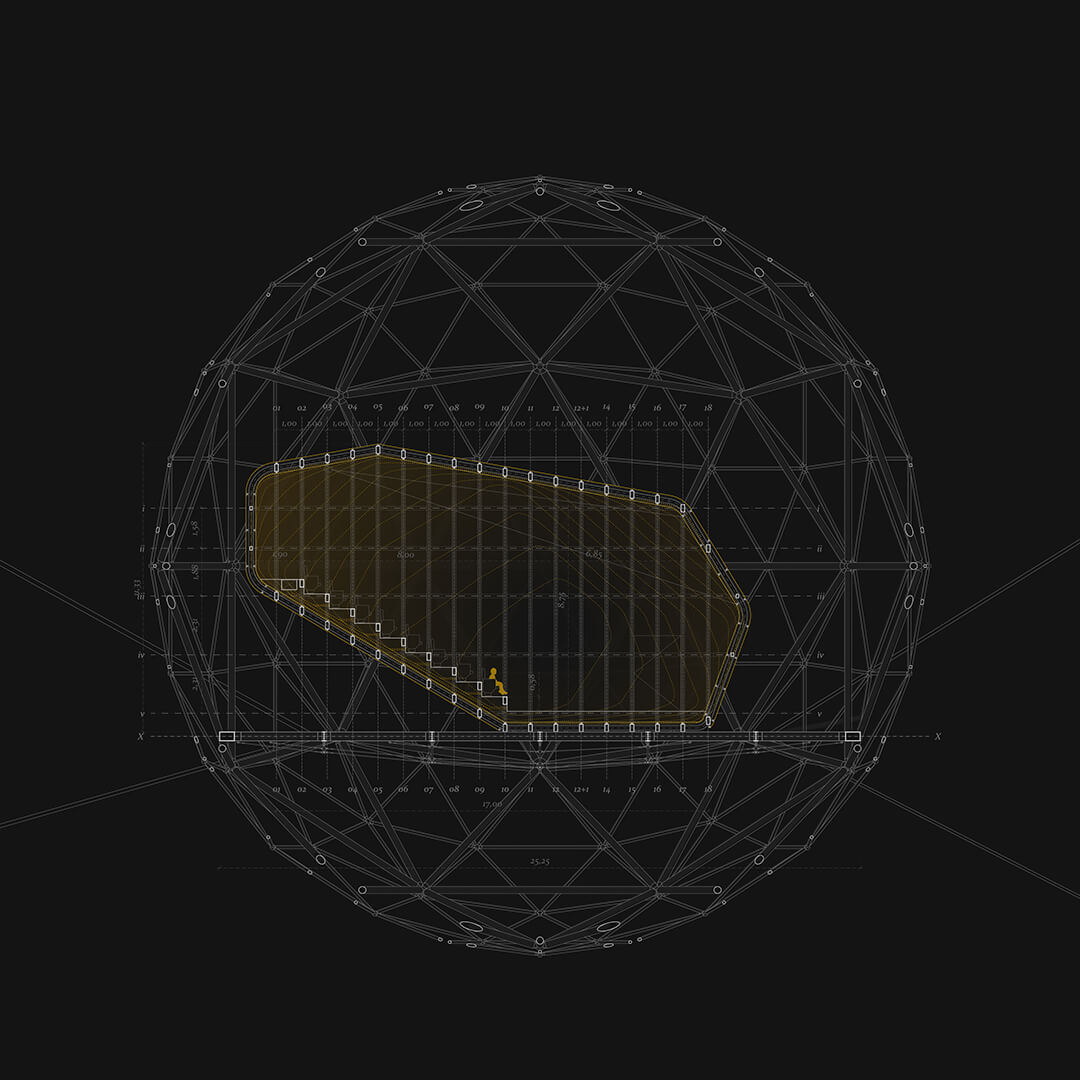 When infrastructures fail, the paradox of the merely pragmatic becomes obsolete. In exchange for this loss of functionality, they acquire a condition that is practically the opposite of their original nature: a symbolism, a meaning that makes them the visible legacy of a given period. The project does not intend to be the formal imposition of an architecture that remedy the situation of oblivion of this failed utopia. Rather, it seeks to write a new stage in its history, add a new layer that offers an unprejudiced reading of a landscape that witnessed a frustrated project, but also of our ambition and our ability to dream the impossible.