This research project aims to understand the relationship between telecommunication infrastructures and territory. We understand that contemporary life has caused the proliferation of these artifacts across cities, which provoke both physical and mental ruptures that become a series of fragments that escape urban planning. 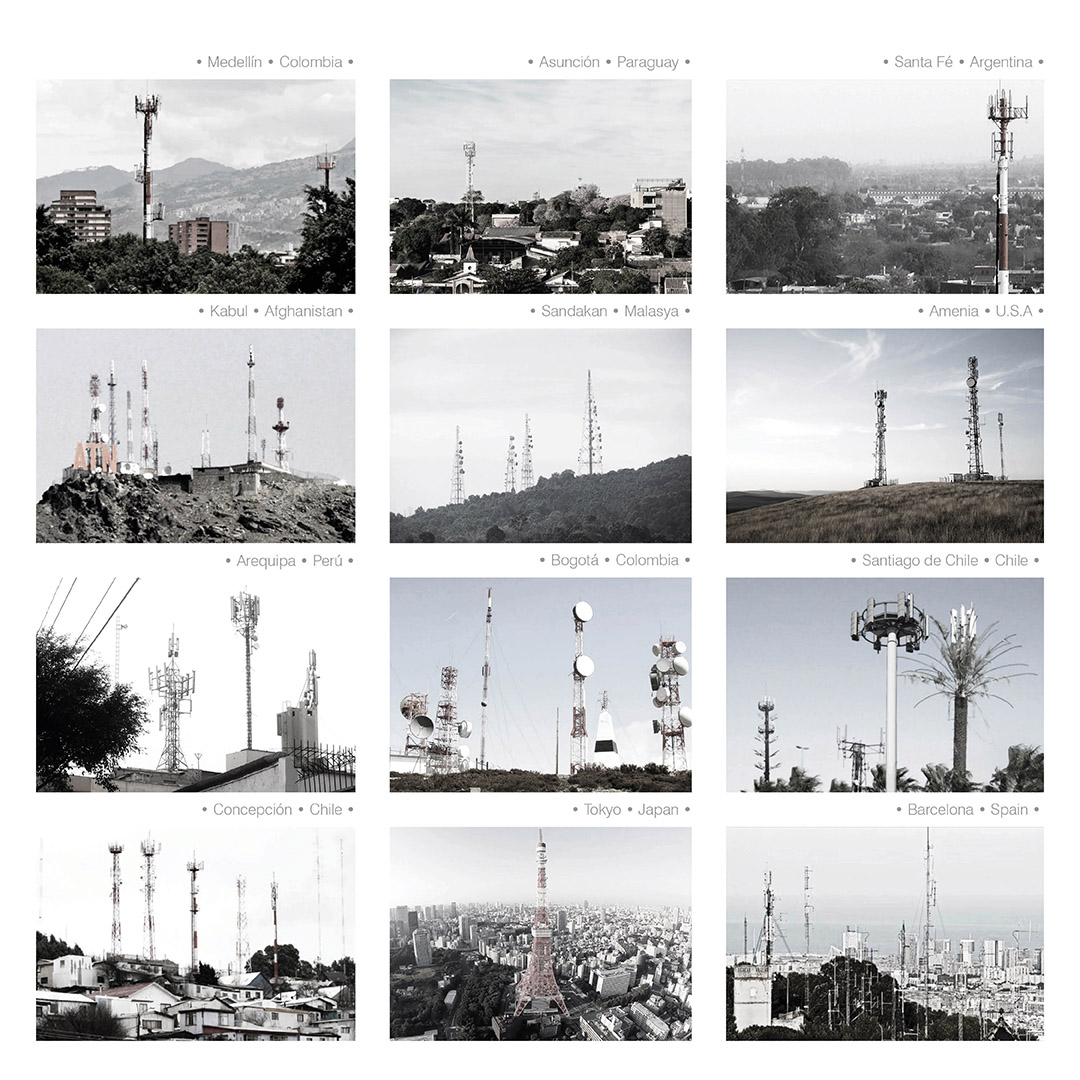 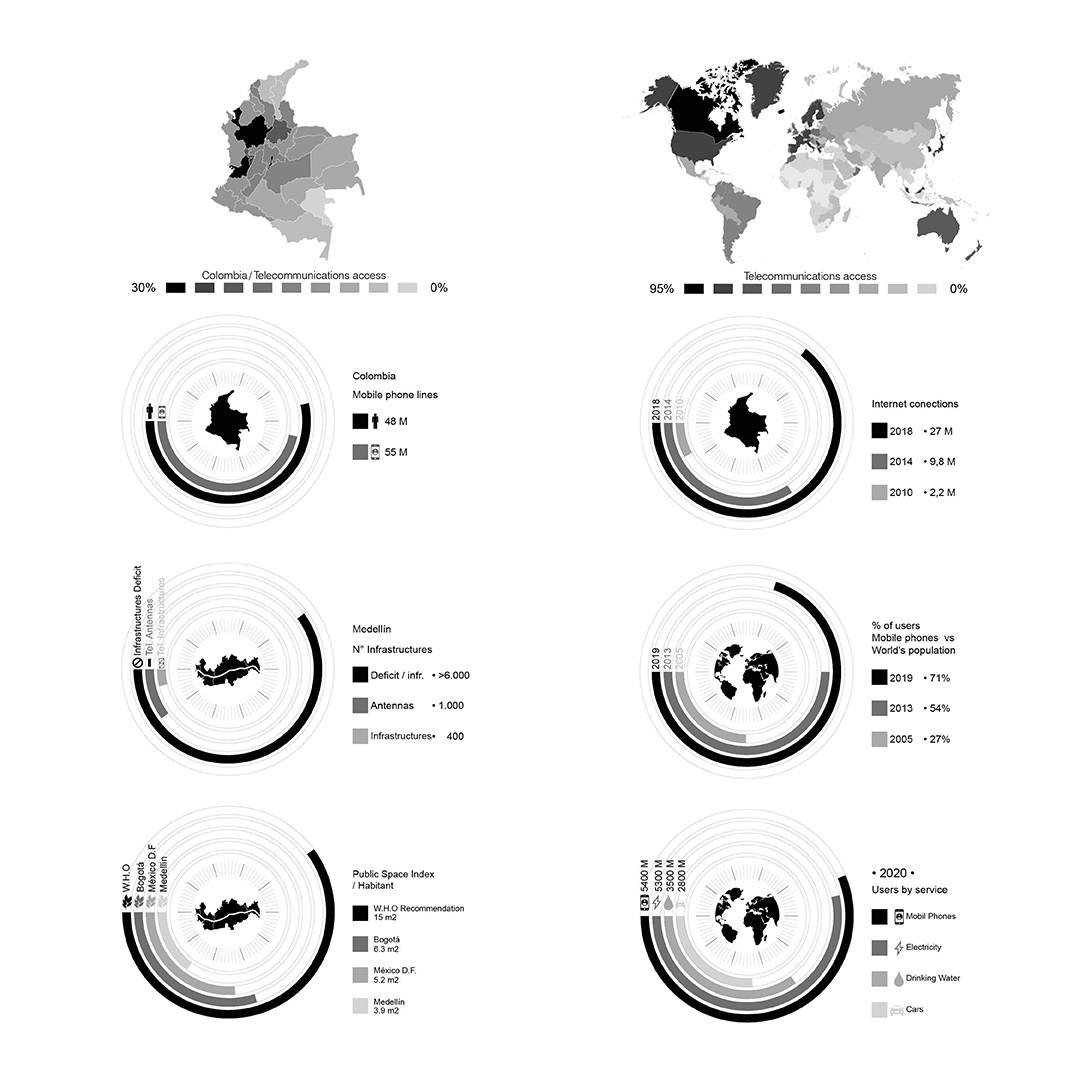 We intend to reconfigure these infrastructures and the spaces associated with them (vacant lots), creating new landscapes that will be pertinent and specific to each place. Hybridizing uses with: landscape, climatological, iconic and cultural conditions; exalting the hidden identity behind these generic artefacts that have the same plastic configuration around the world, thus consolidating new local and social urban tissues. 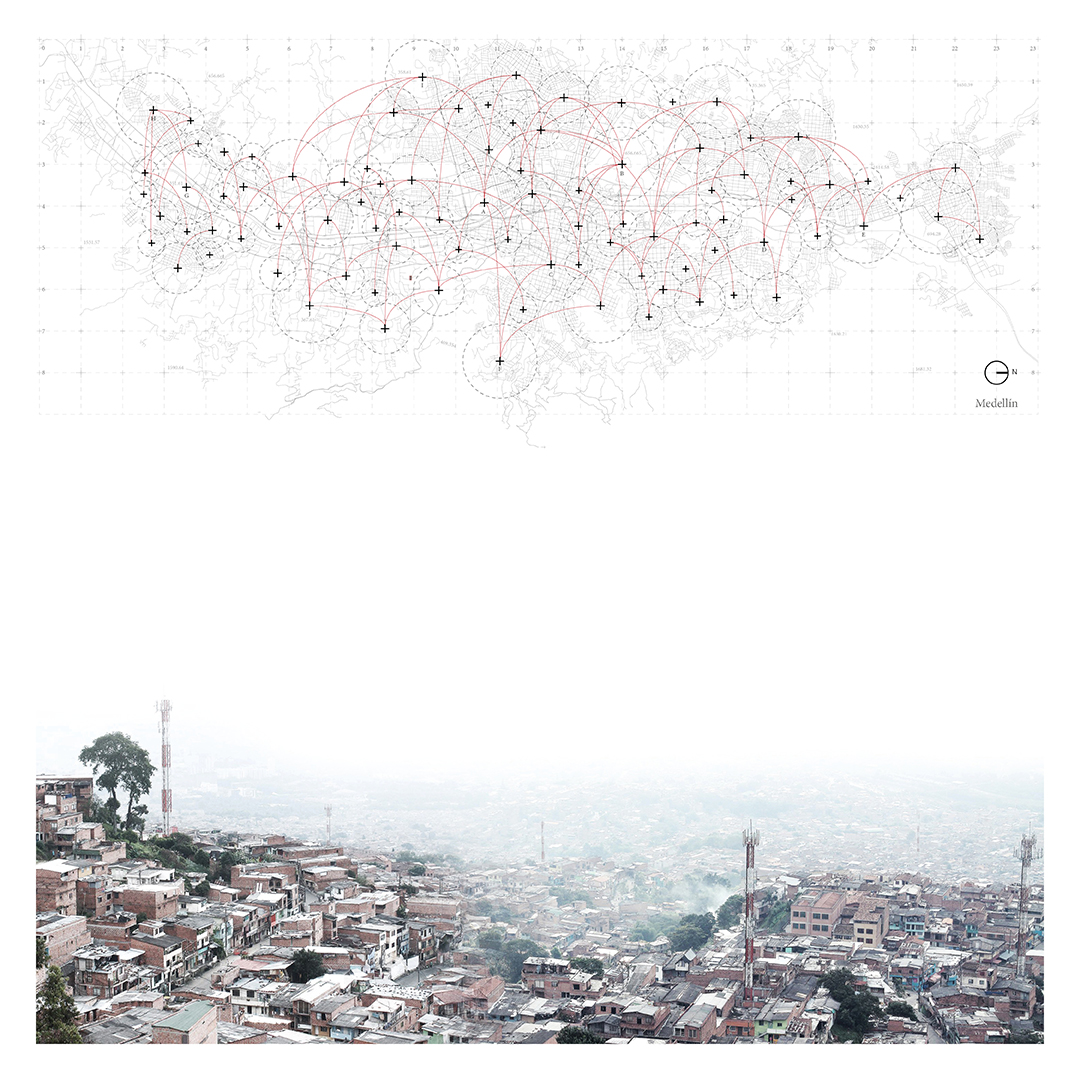 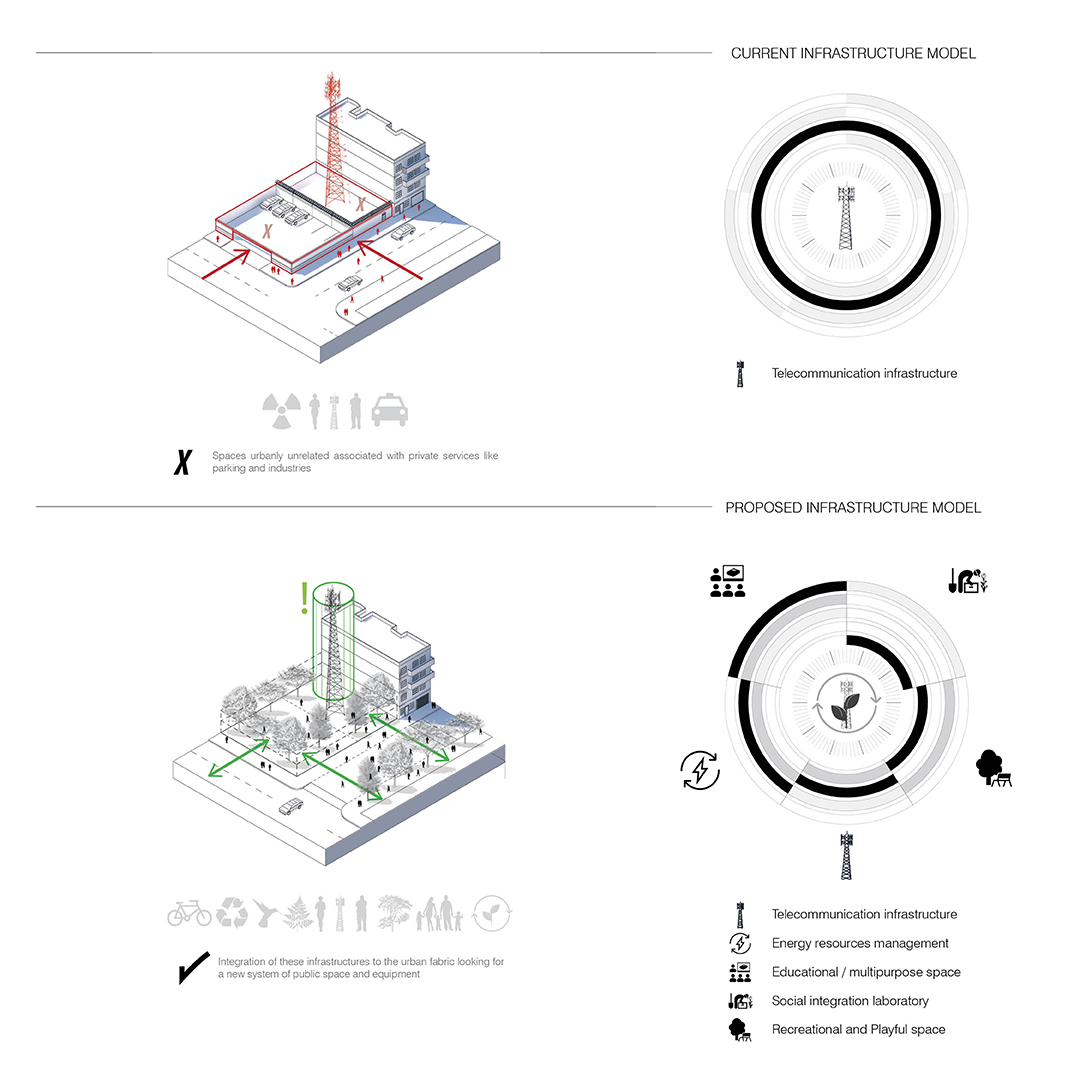 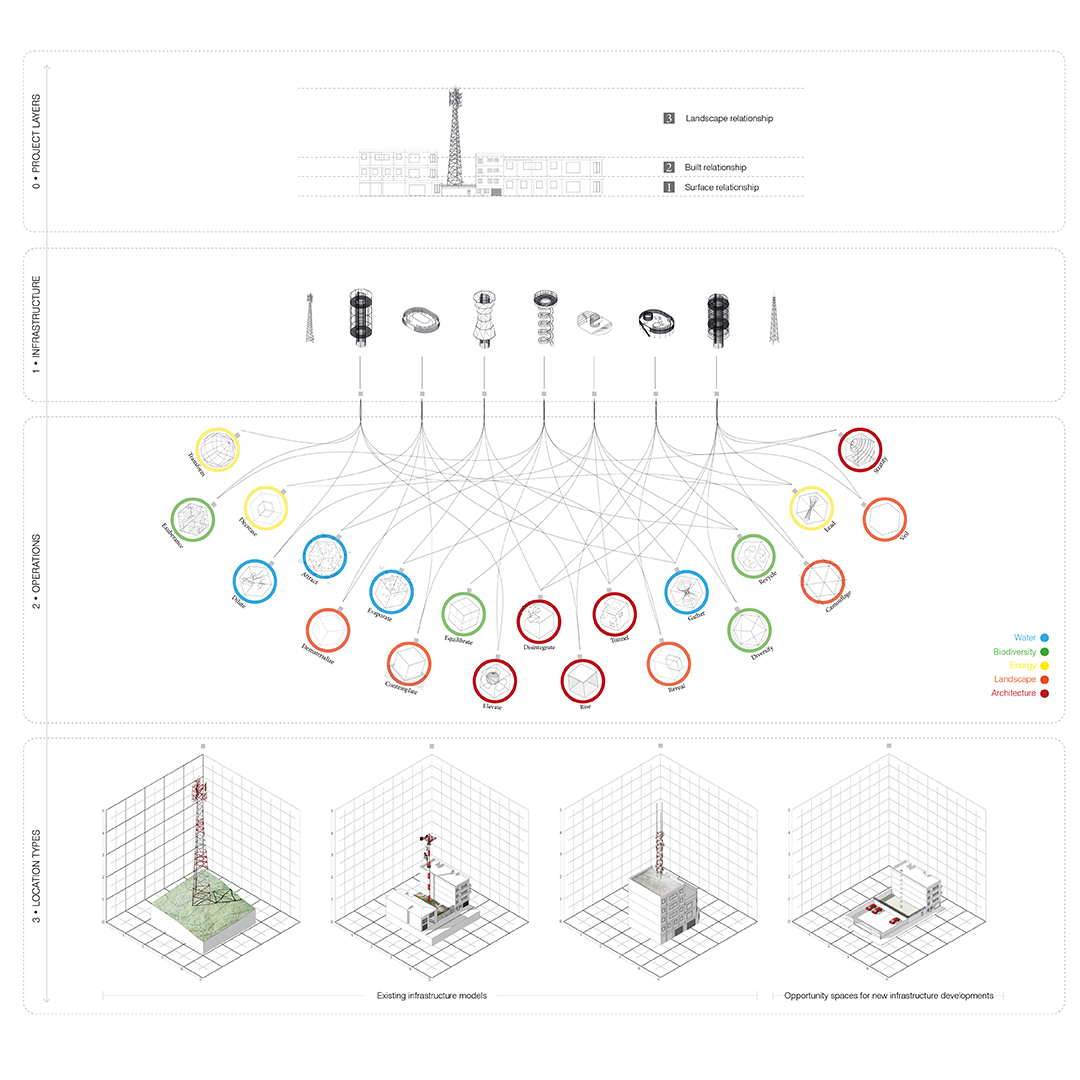 Currently, telecommunications are one of the main engines of global economic development. Since the arrival of the digital age, it has generated an unprecedented increase in the number of infrastructures that have not been able to adapt physically or functionally in cities. Recognizing that current and future lifestyles depend on these devices, we conceive a project that seeks to integrate these infrastructures and the spaces associated with them through social, landscape, architecture and urban interventions. Our project creates replicable models which could be interpreted on a worldwide basis, giving a multidisciplinary, multi-scale and timeless response to this problematic. The proposed intervention models include existing infrastructure and provide alternatives for new developments. 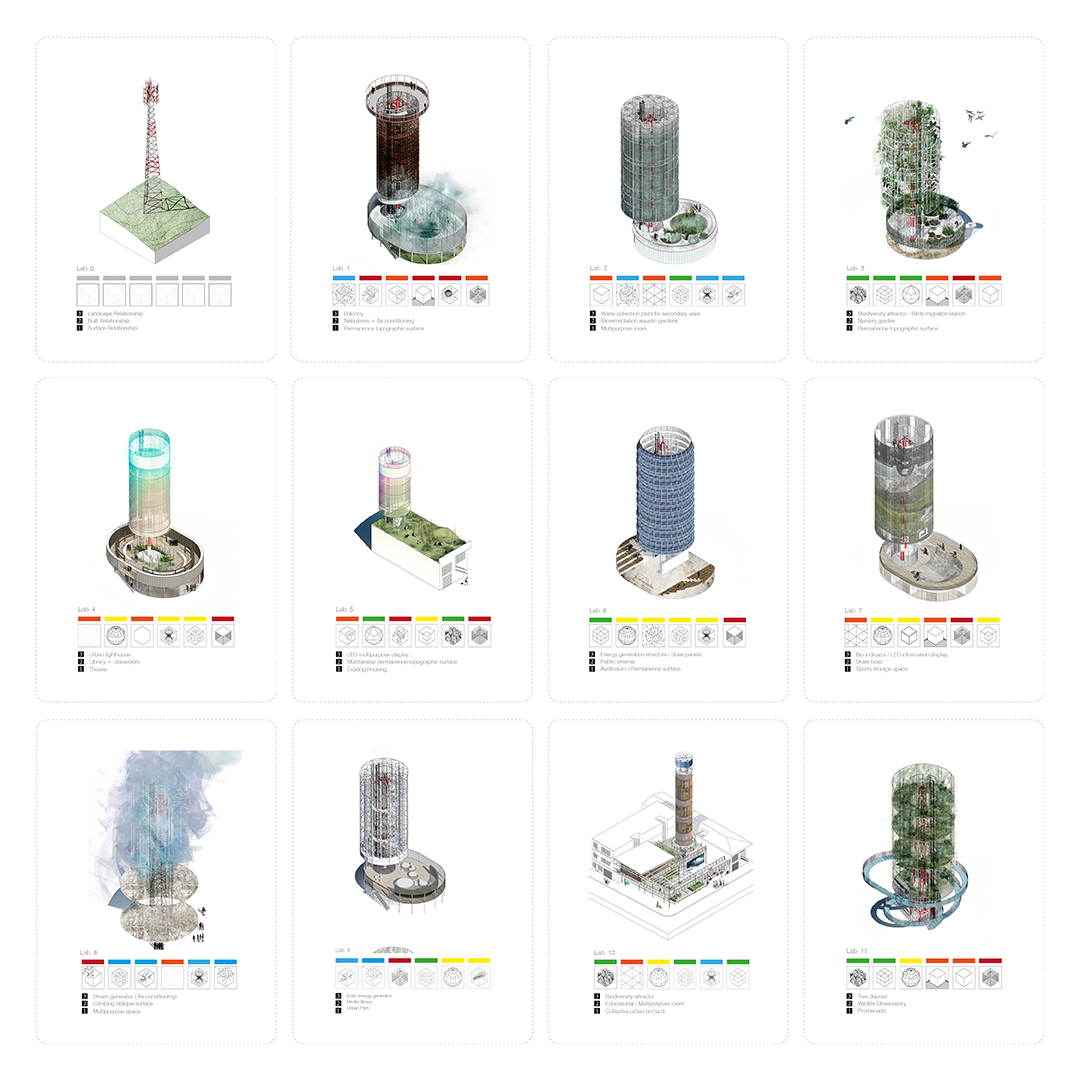 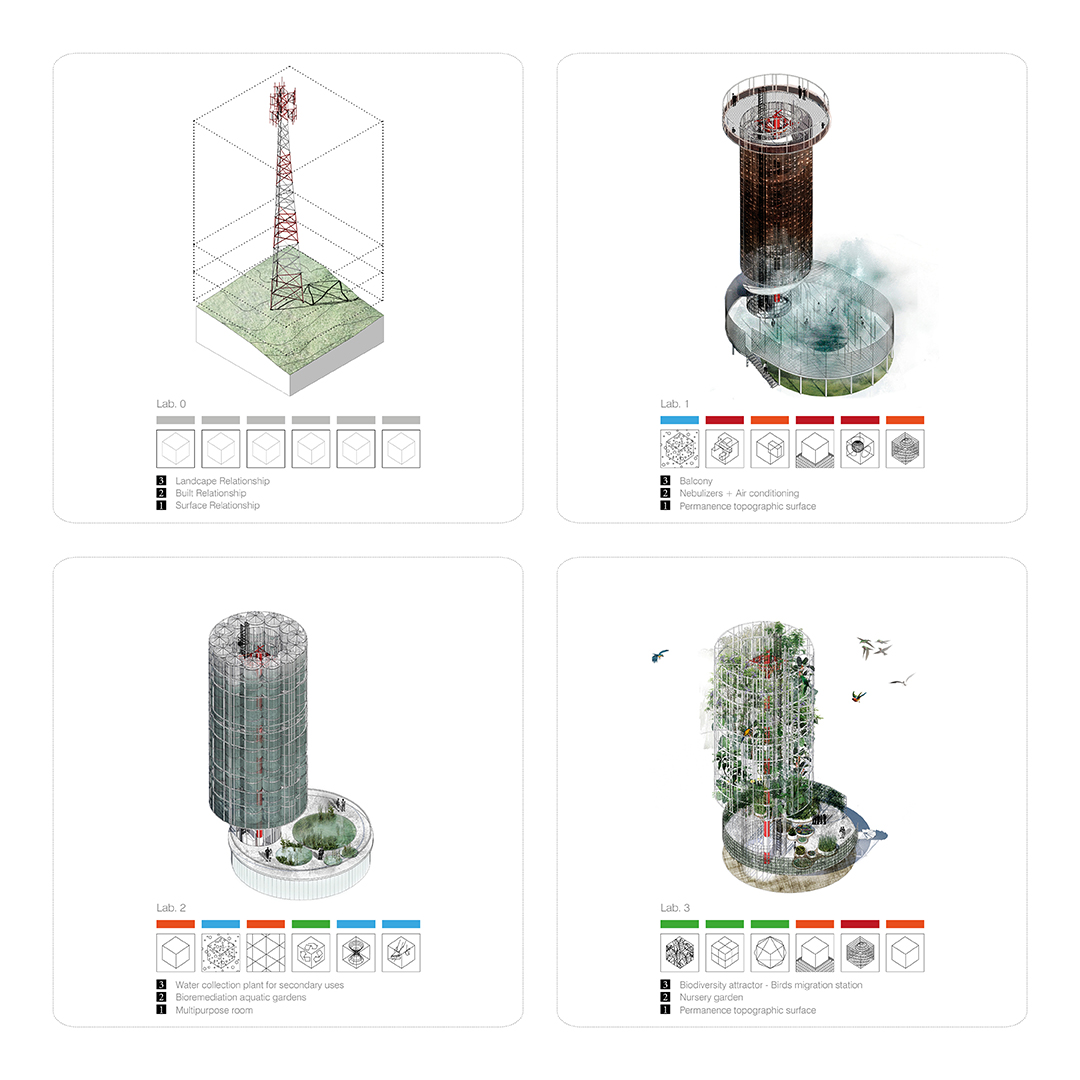 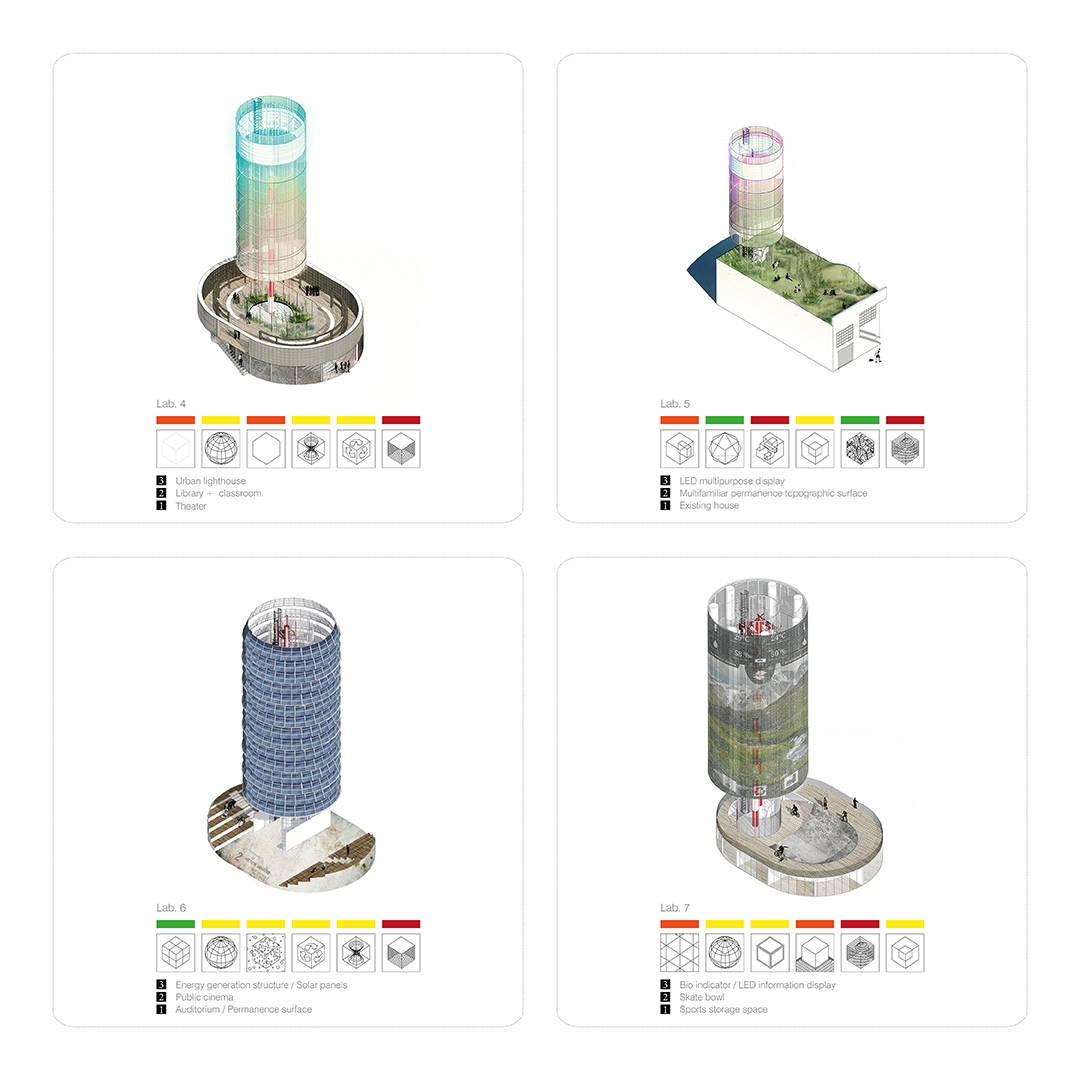 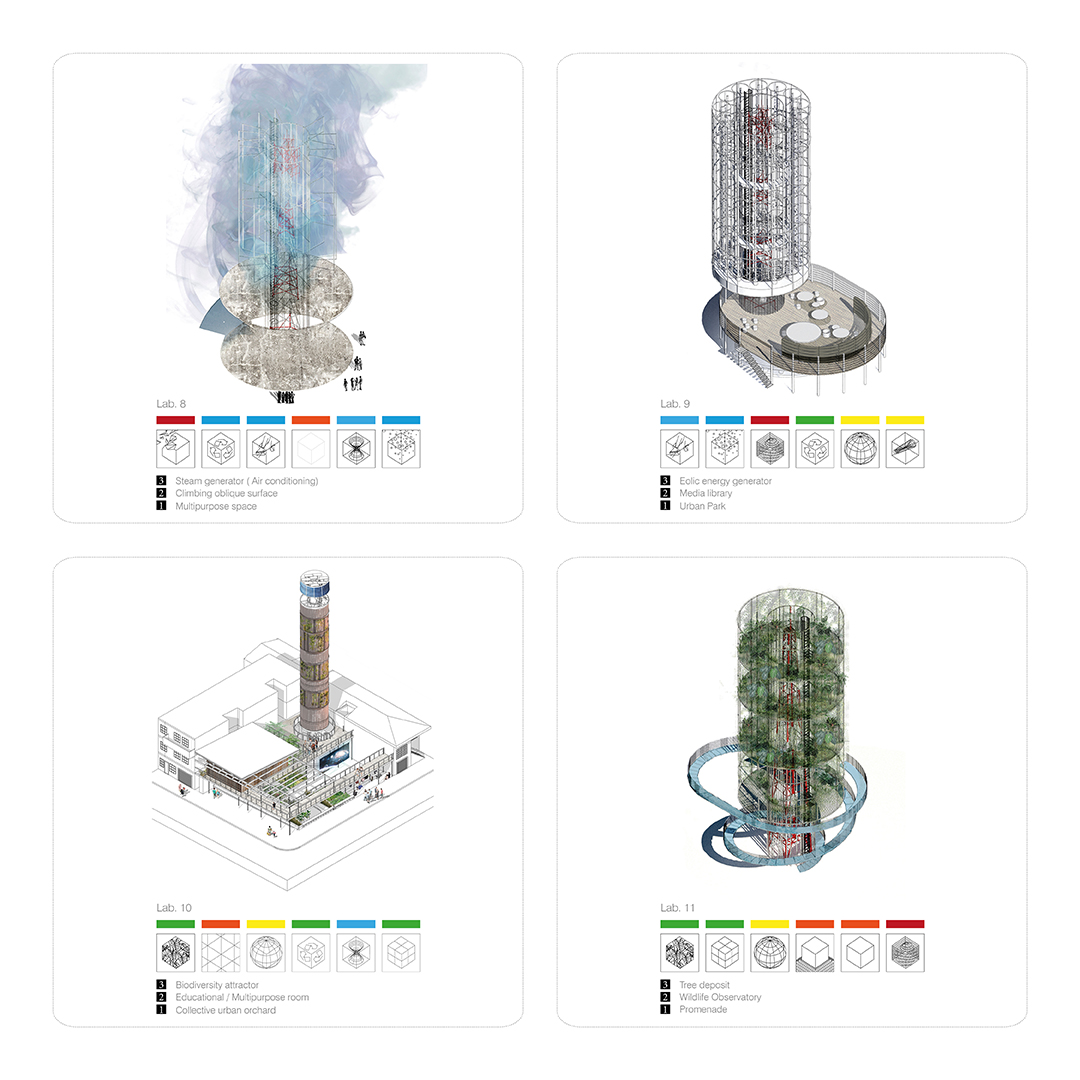 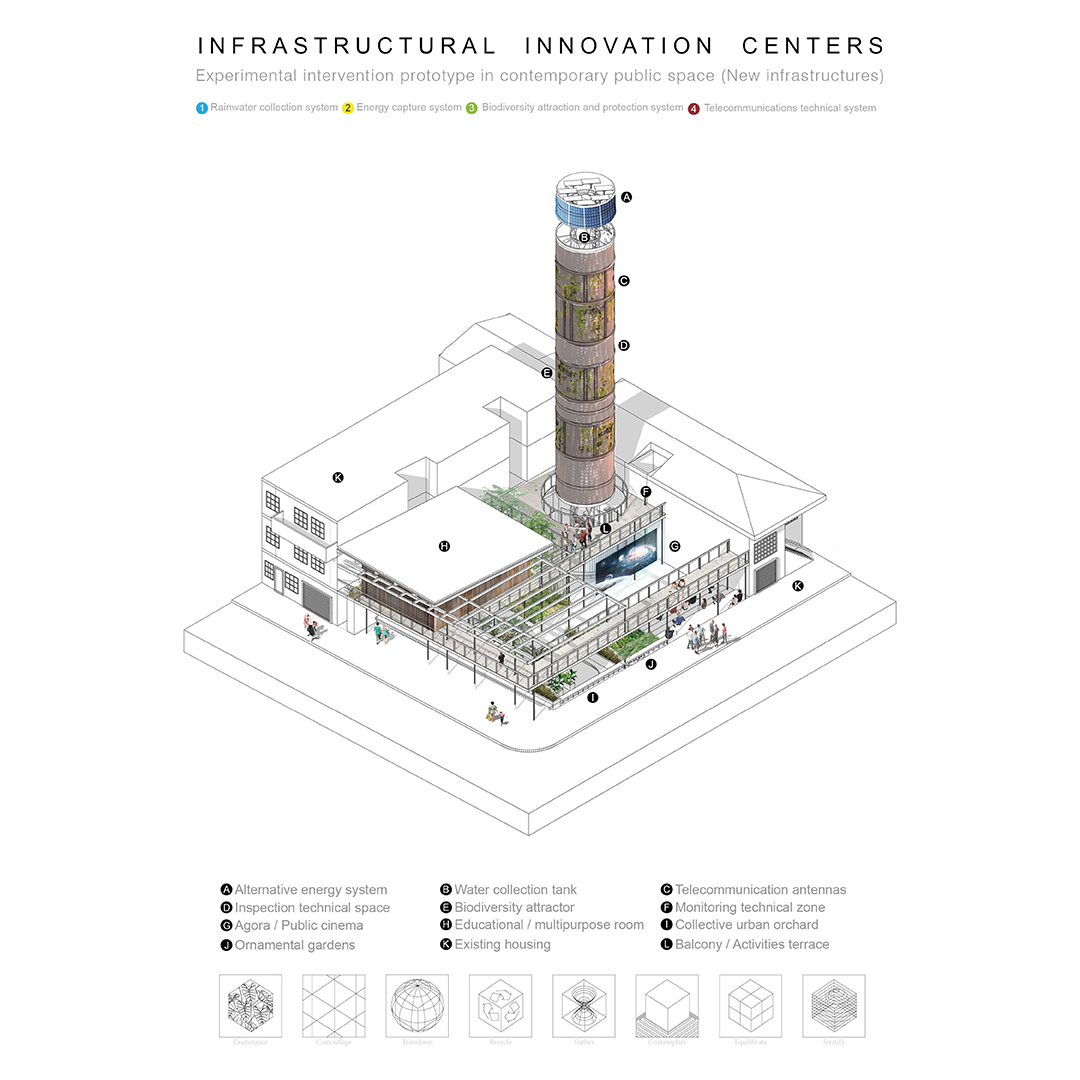 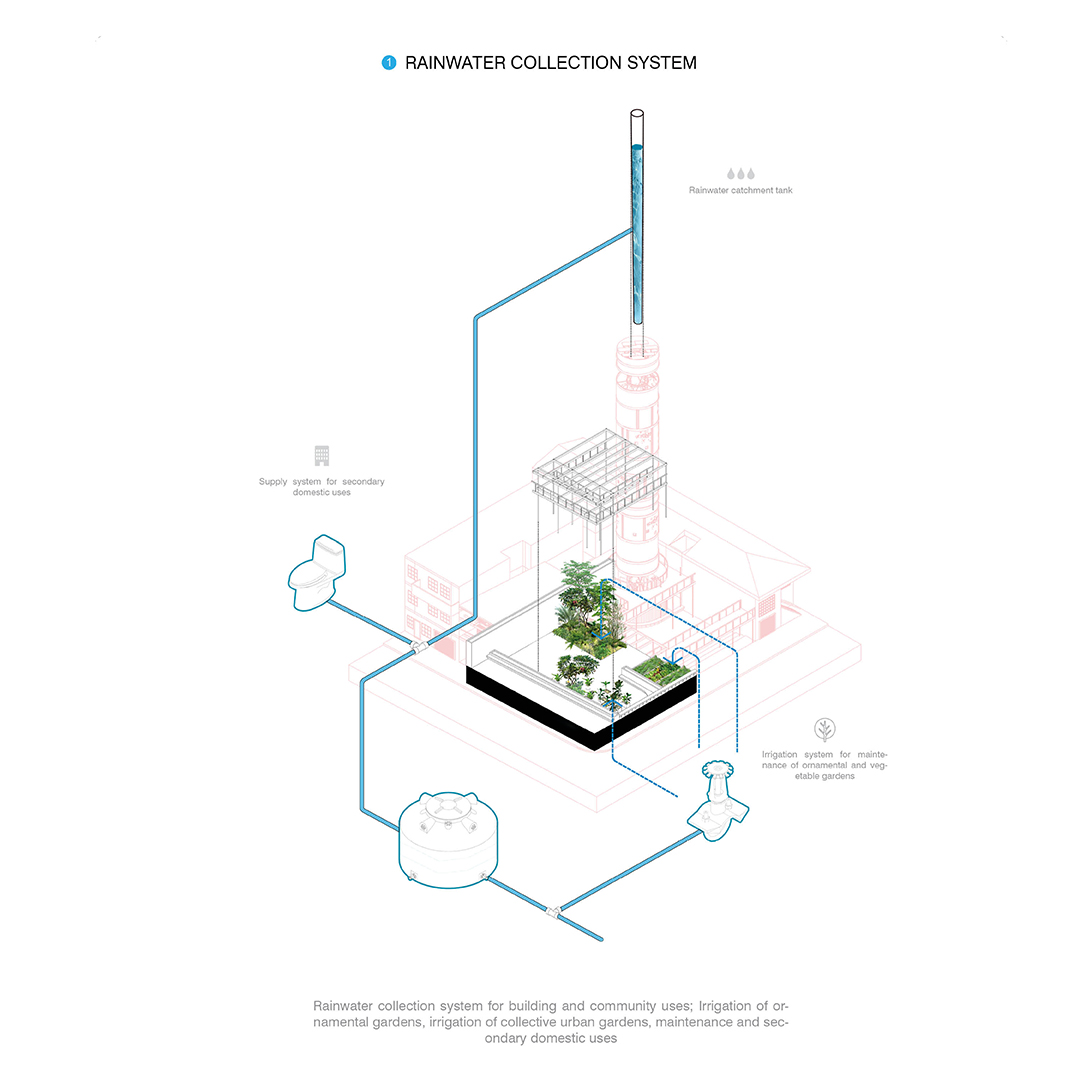 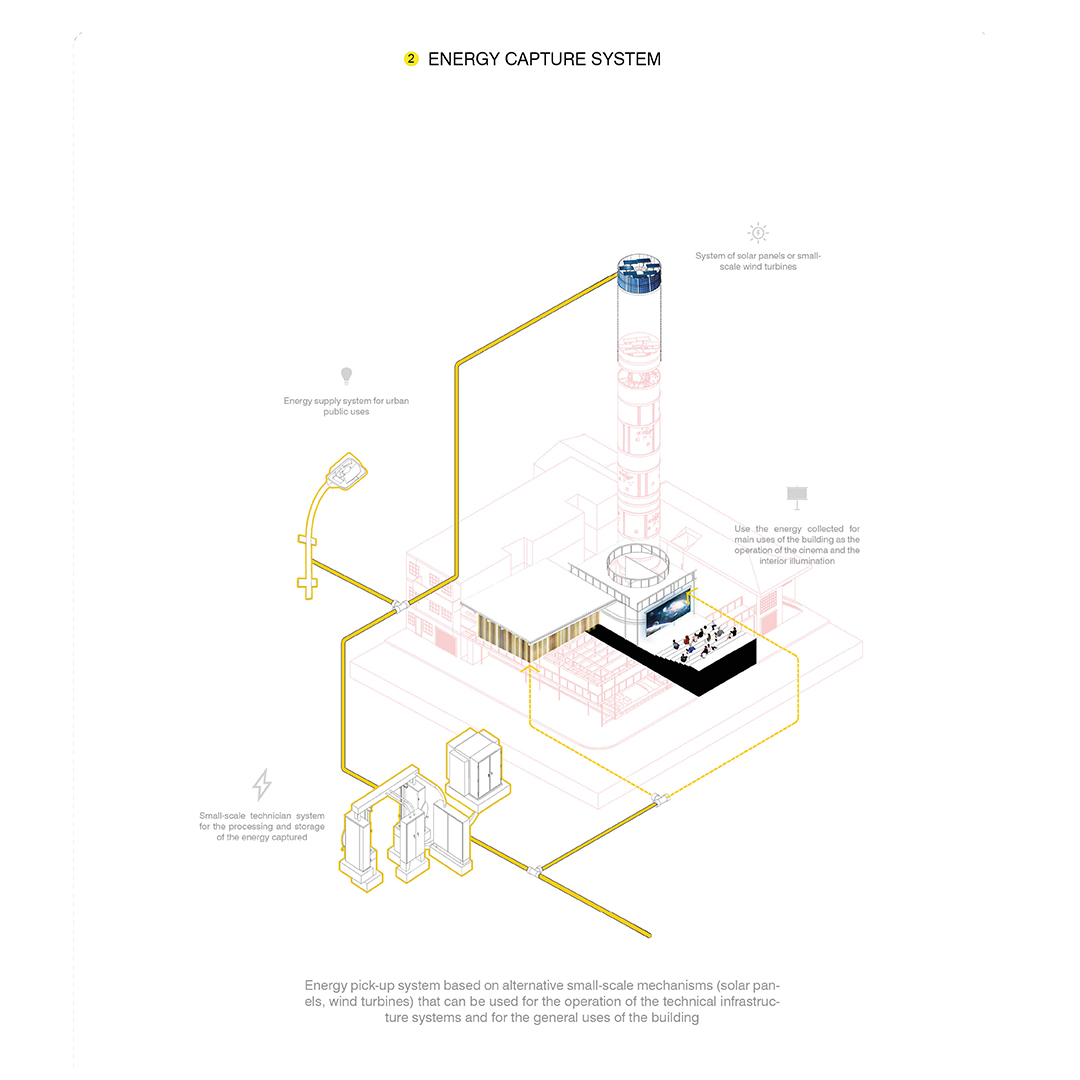 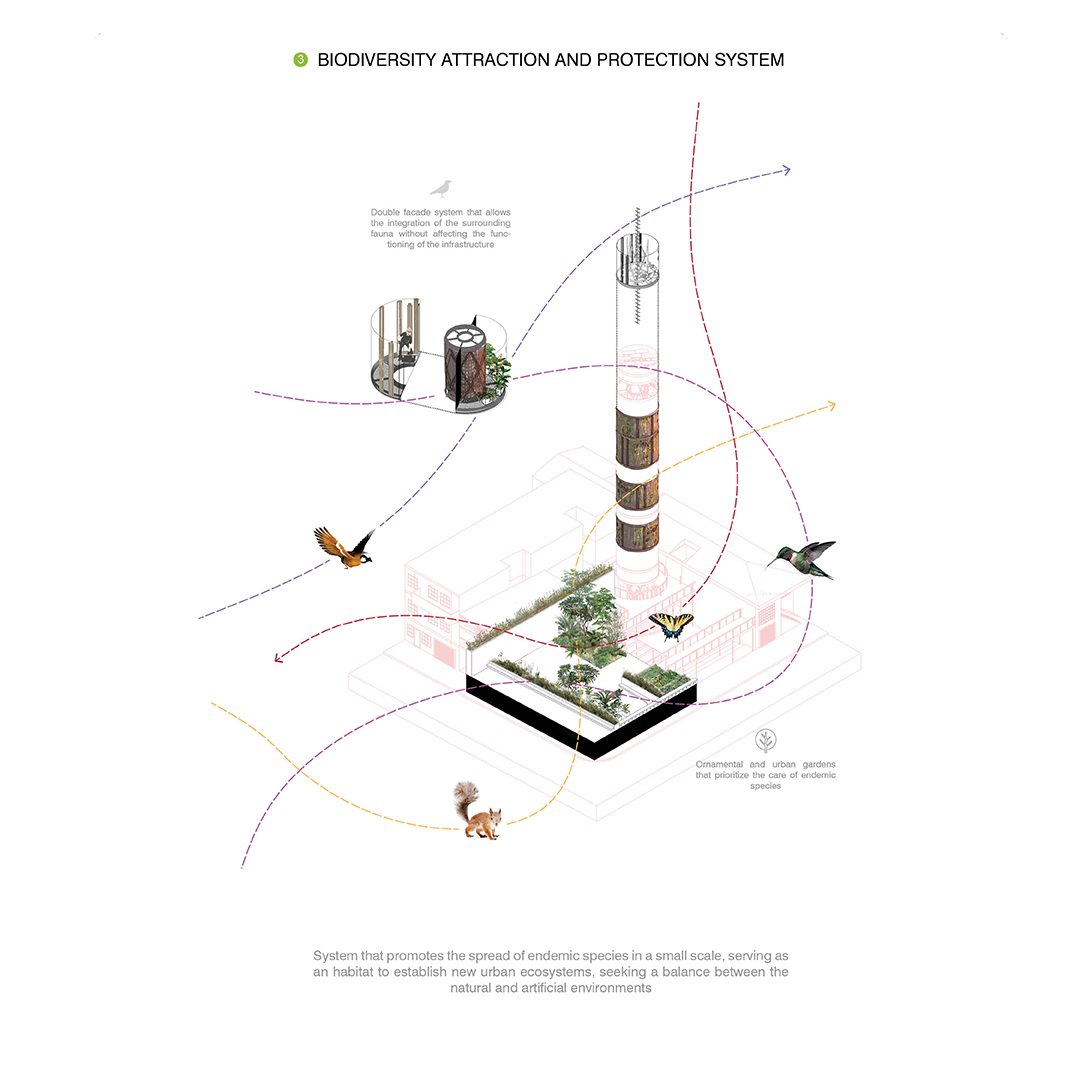 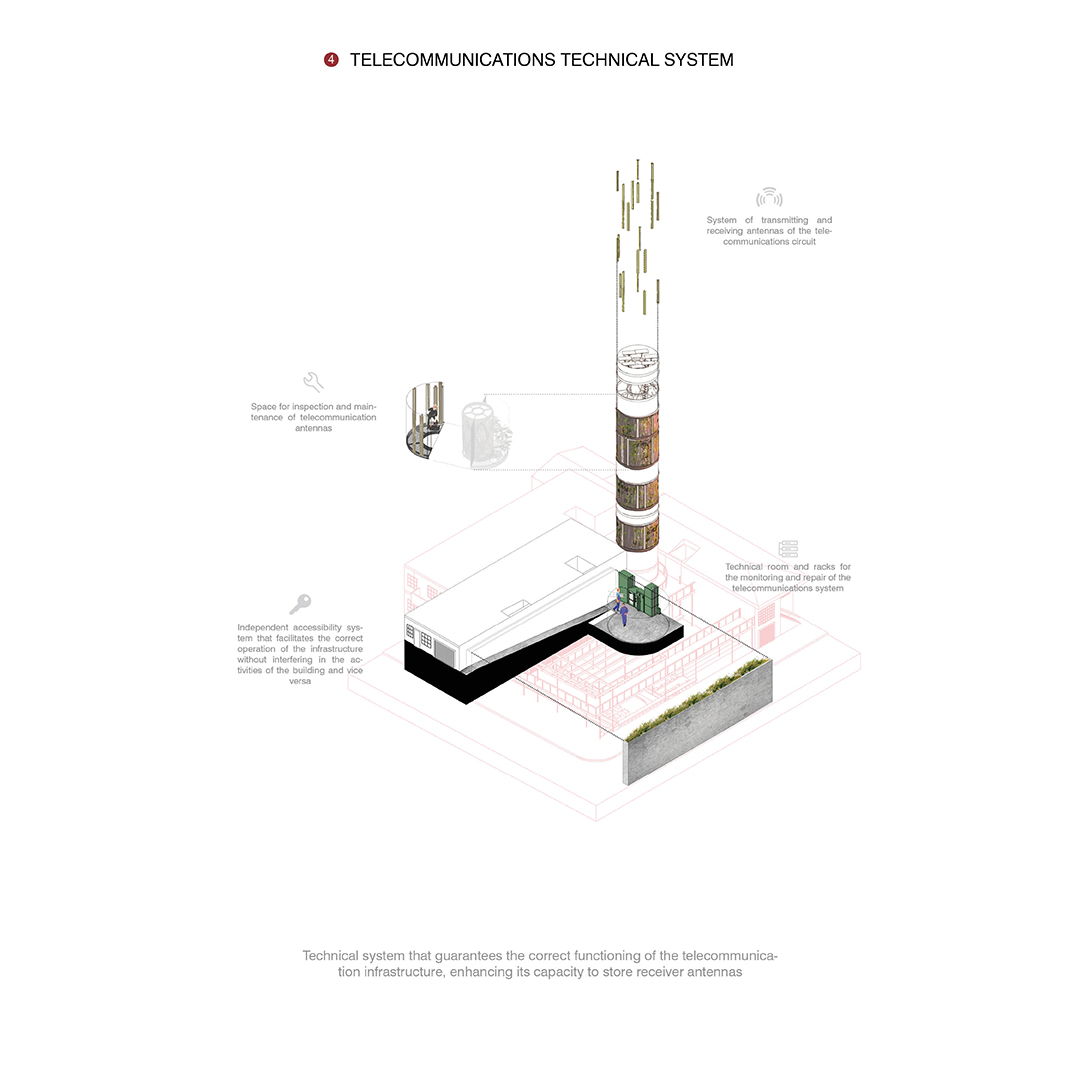 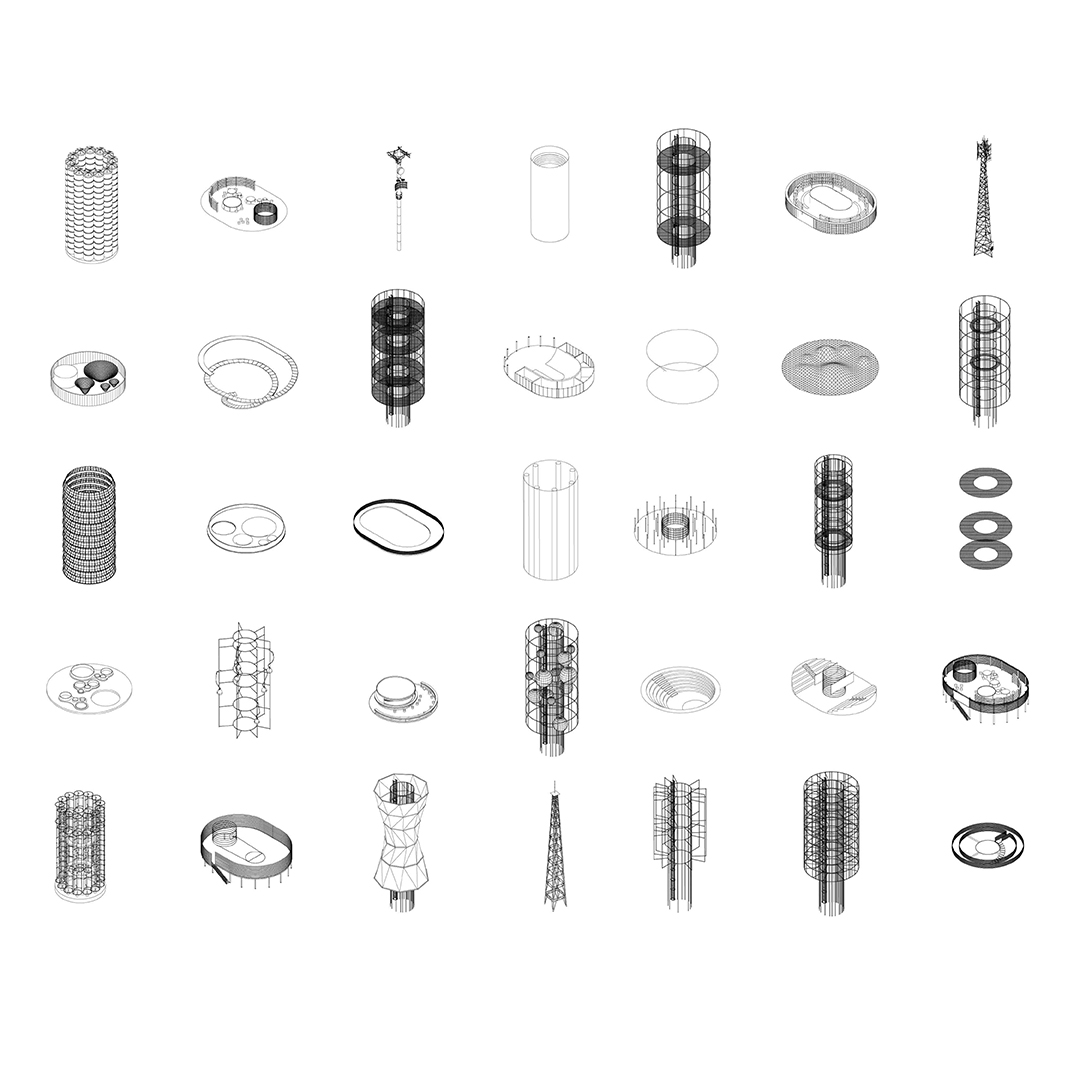 The project proposes the recovery of the large and unnecessarily closed spaces that these artifacts occupy for the creation of new public parks and small-scale facilities associated to telecommunication infrastructures. These interventions seek to understand the landscape, climatological, iconic and cultural conditions in each of the artifacts context, looking to create new spaces that promote social encounter, environmental education and cultural exchange between adjacent communities. The project seeks to alleviate the existing public space deficit in the city (in Medellín there is barely 3.9 sq m per inhabitant, the ideal area according to WHO is 15 sq m), making it a small-scale public integration network that was previously hidden behind telecommunication infrastructures. 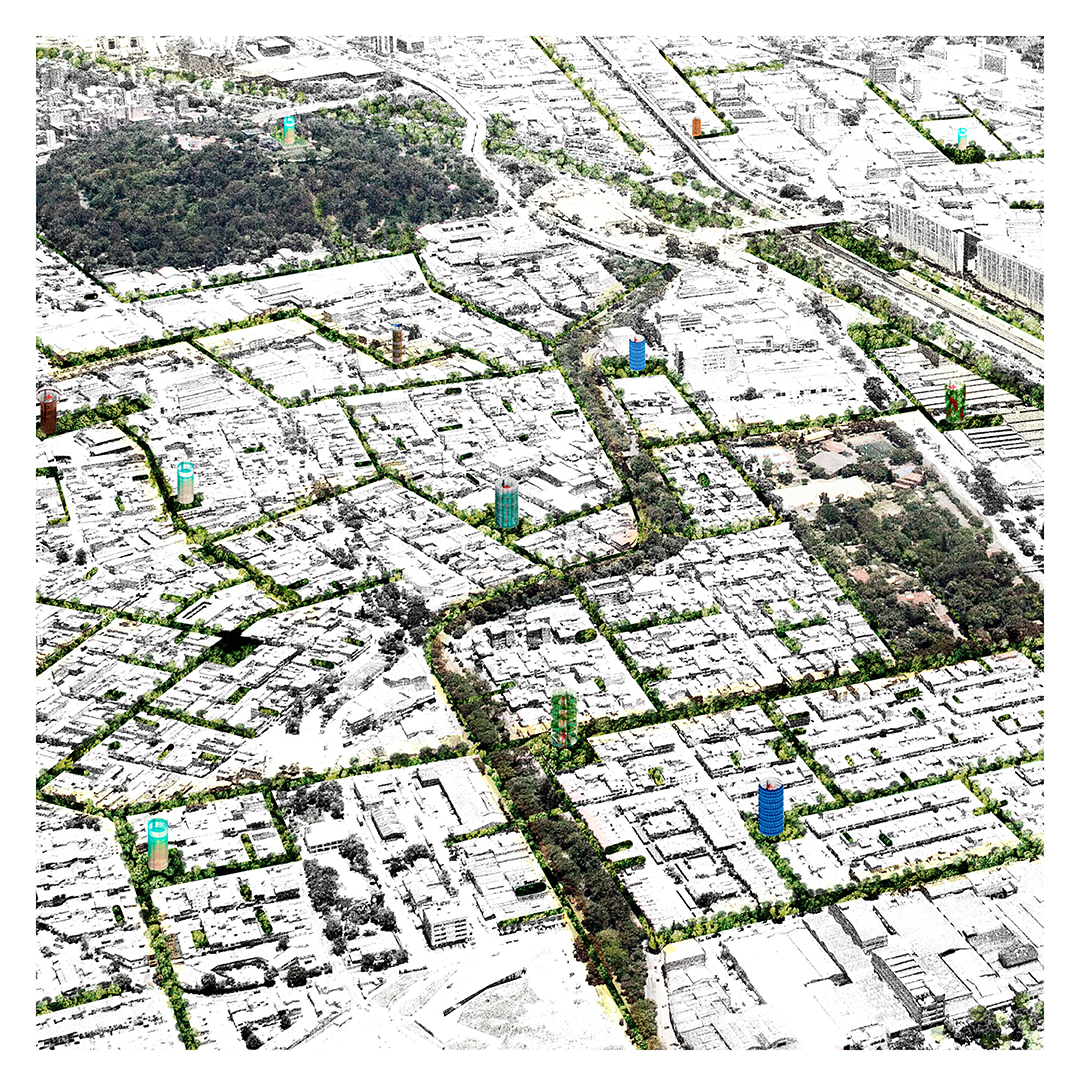 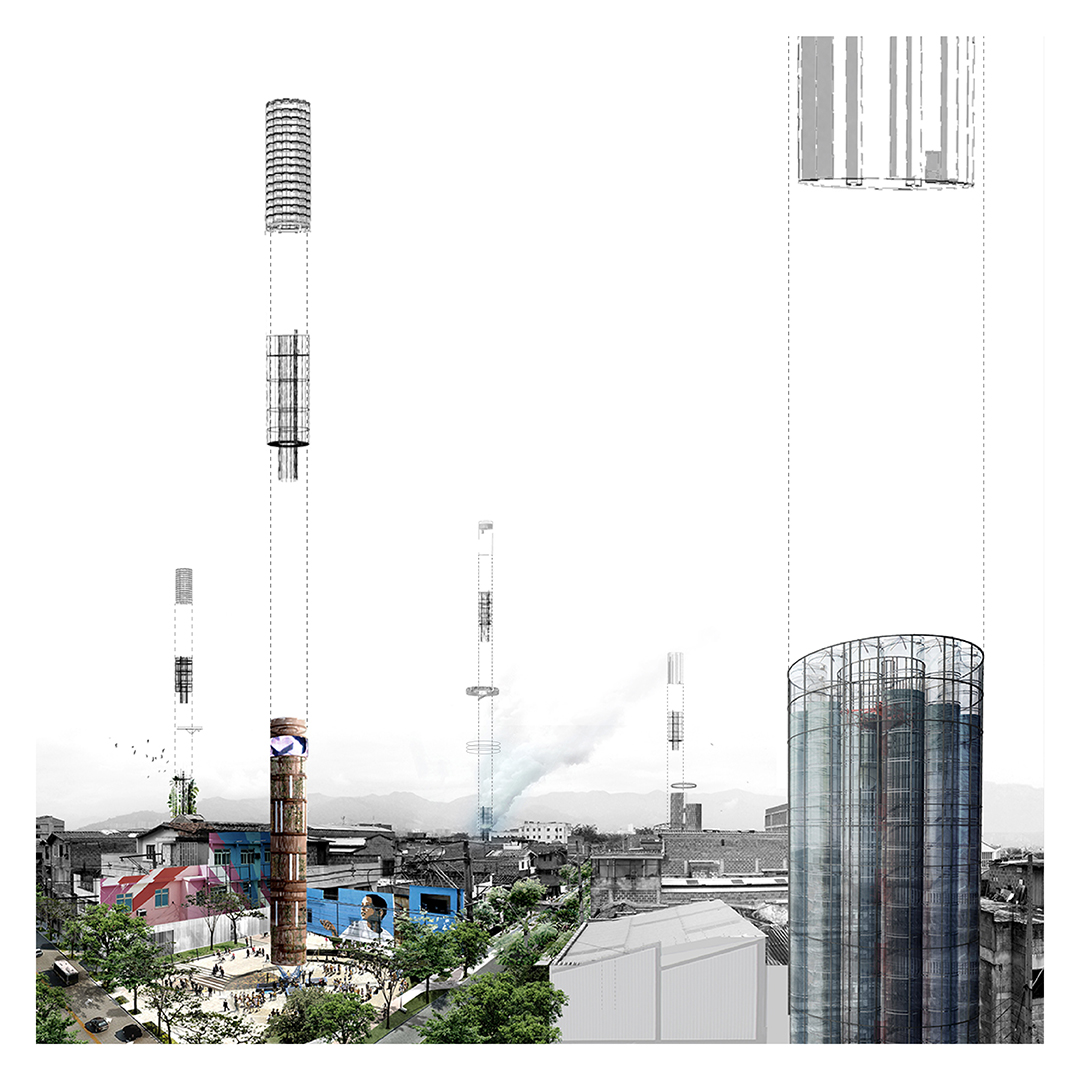 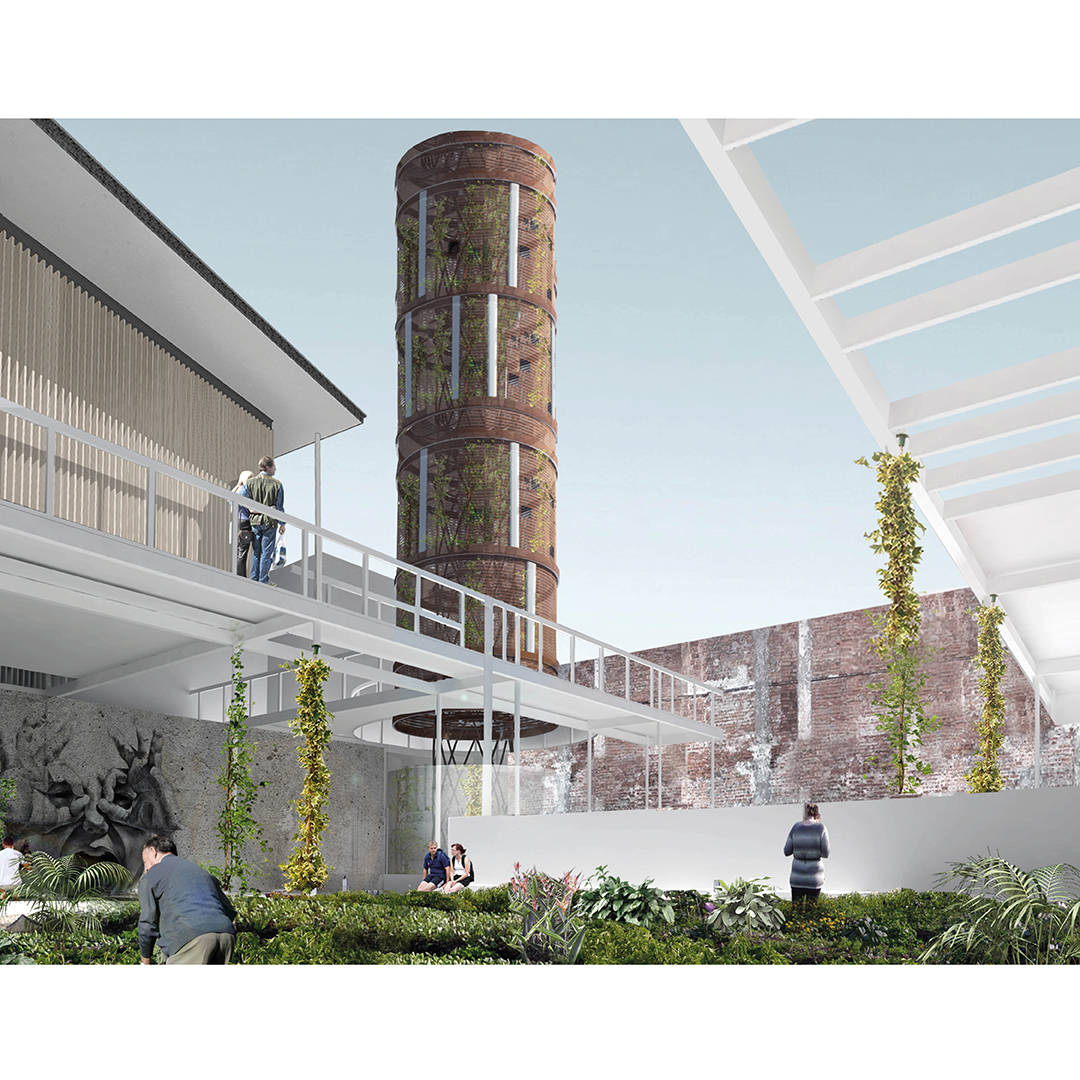 Given the growing dependence on telecommunications and the national infrastructure deficit amounting to 12,000, we propose a new model that not only responds to technical parameters and aesthetics, but is capable of integrating the environment and providing resources for its operation through alternative energies. It also helps in consolidating a new aesthetic for this type of infrastructure, relating it with the materials and urban language of each place. Although the project entails a greater initial investment; the collection of rainwater for secondary uses, the collection and storage of energy and the implementation of community gardens, ensure that over time a very high percentage of the building can be operated and maintained with the activities that it stimulates.