A project proposal of refurbishment of a historical building in Suzdal into a gallery and culture centre. 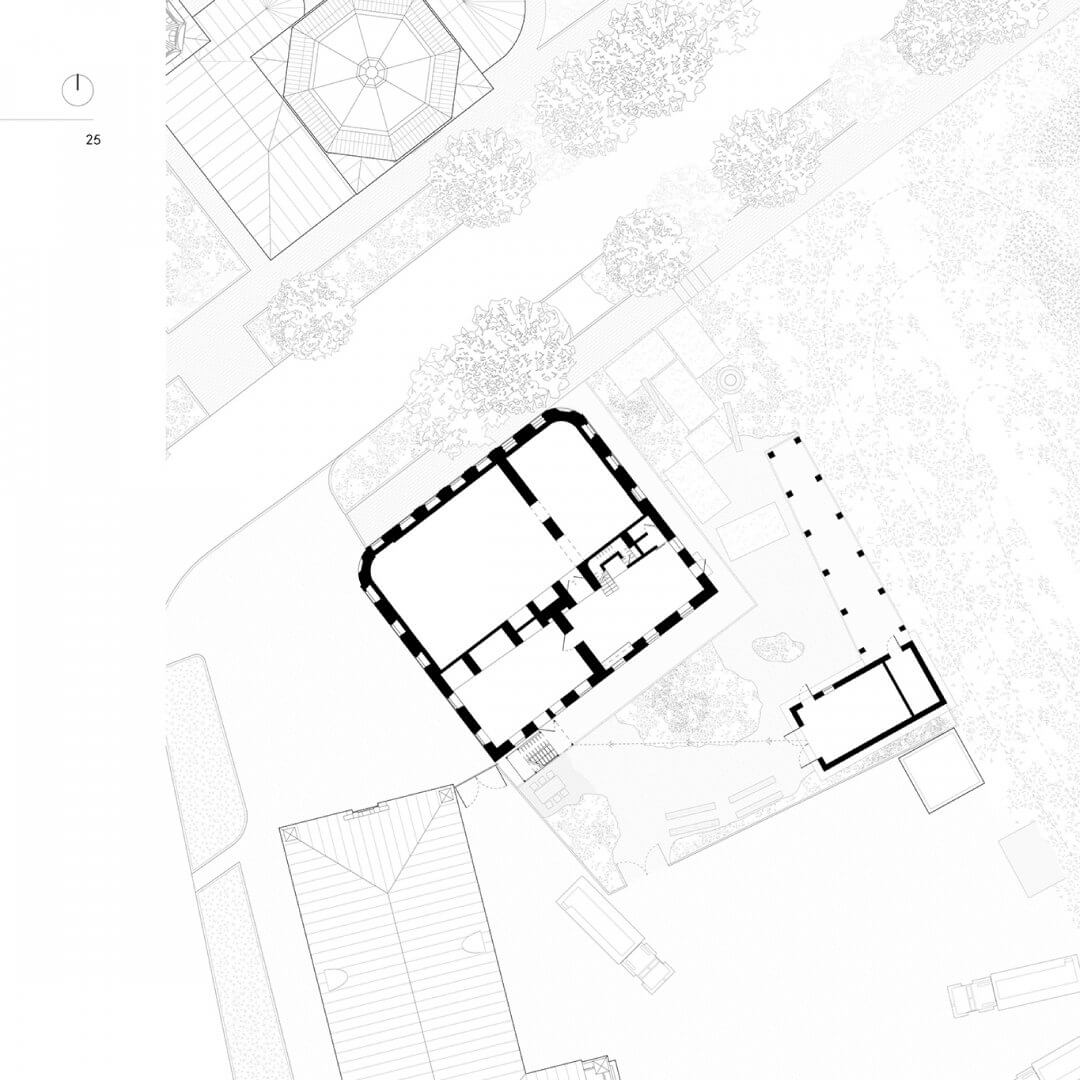 There is an invisible building in Suzdal town — Kremlyovskaya street, 11. Tourists and locals pass it by every day but never pay attention. Sometimes the house even appears in the photos of the tourists, nevertheless, it somehow stays unseen on Suzdal’s most crowded street. It has not always been like that. Kremlyovskaya, 11 is a palimpsest of different styles and functions that the building had in the past. Built in the 19th century, it is the first example of civic architecture in Suzdal. It was considered an uptown alien but the time went on and it became as authentic as the Suzdal Kremlin. Due to its history, this once modern building is the best place to demonstrate a contemporary approach to living in the museum-town. The outline of the 1802 original volume is the key to the comprehending of this space. The observations of the appearance of many additional annexes prove the expedience of adaptive approach. Annexes become the organic part of the building and help to reorganize it to fit its new function. The very possibility of tracing different stages of building’s life has impacted the project: reflection of time, functions and shapes of Kremlyovskaya, 11 became the turning point of the proposal, while the possibility of representation of these ephemeral processes — the building’s concept programme. 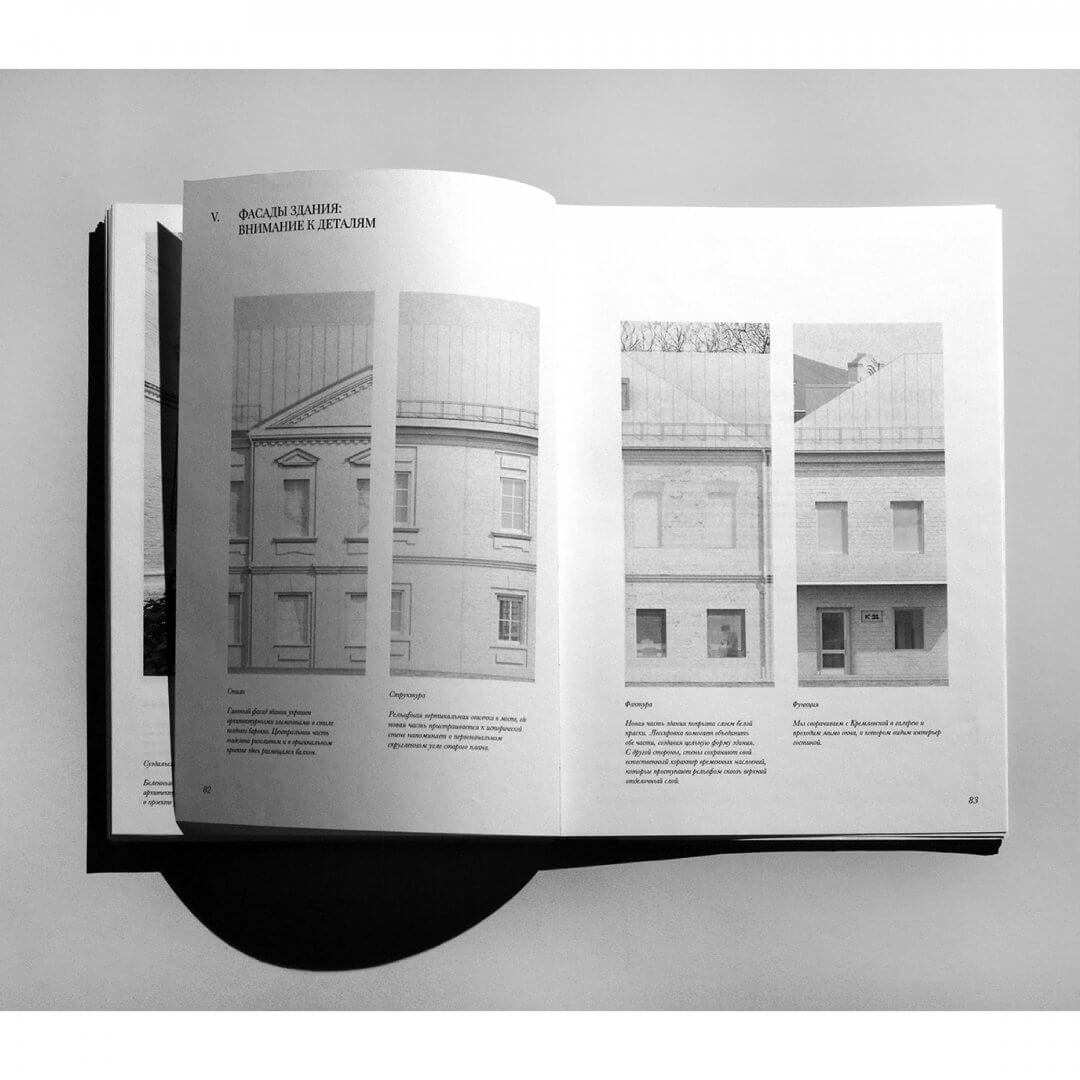 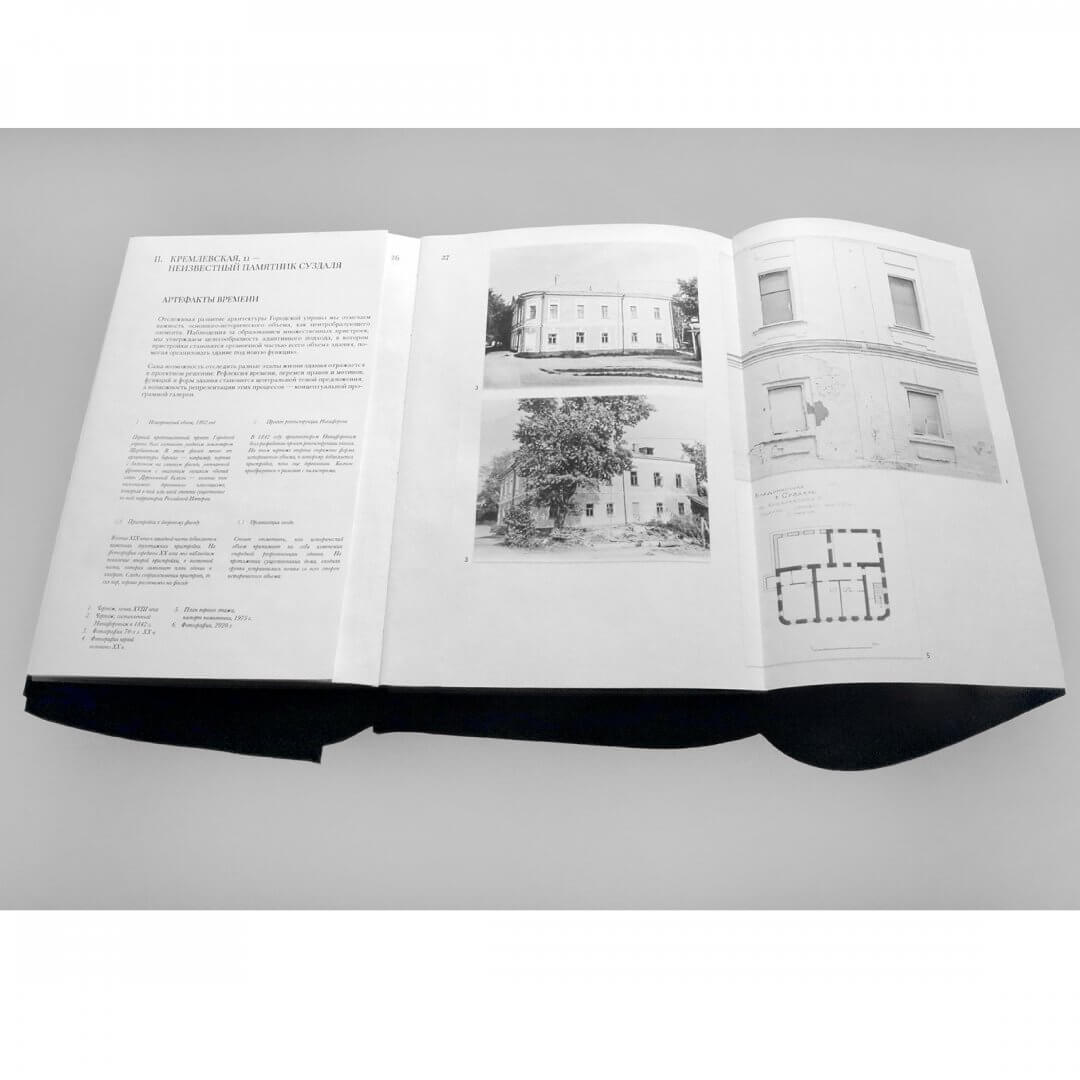 The project team, under the guidance of the lead architect Polina Nenasheva, offers a consecutive programme of building’s new life — to become a tourist center and art gallery. A tour desk, a laboratory of town’s history and a library dedicated to Suzdal’s history are located in the building’s ‘newer’ part. The art gallery is situated in the original part of 1802. The history of art intertwines with the story of the building’s past and the changes it went through. This volume defined by the caring restoration can already be considered a museum on its own: the concept proposes a minimal architectural intervention. 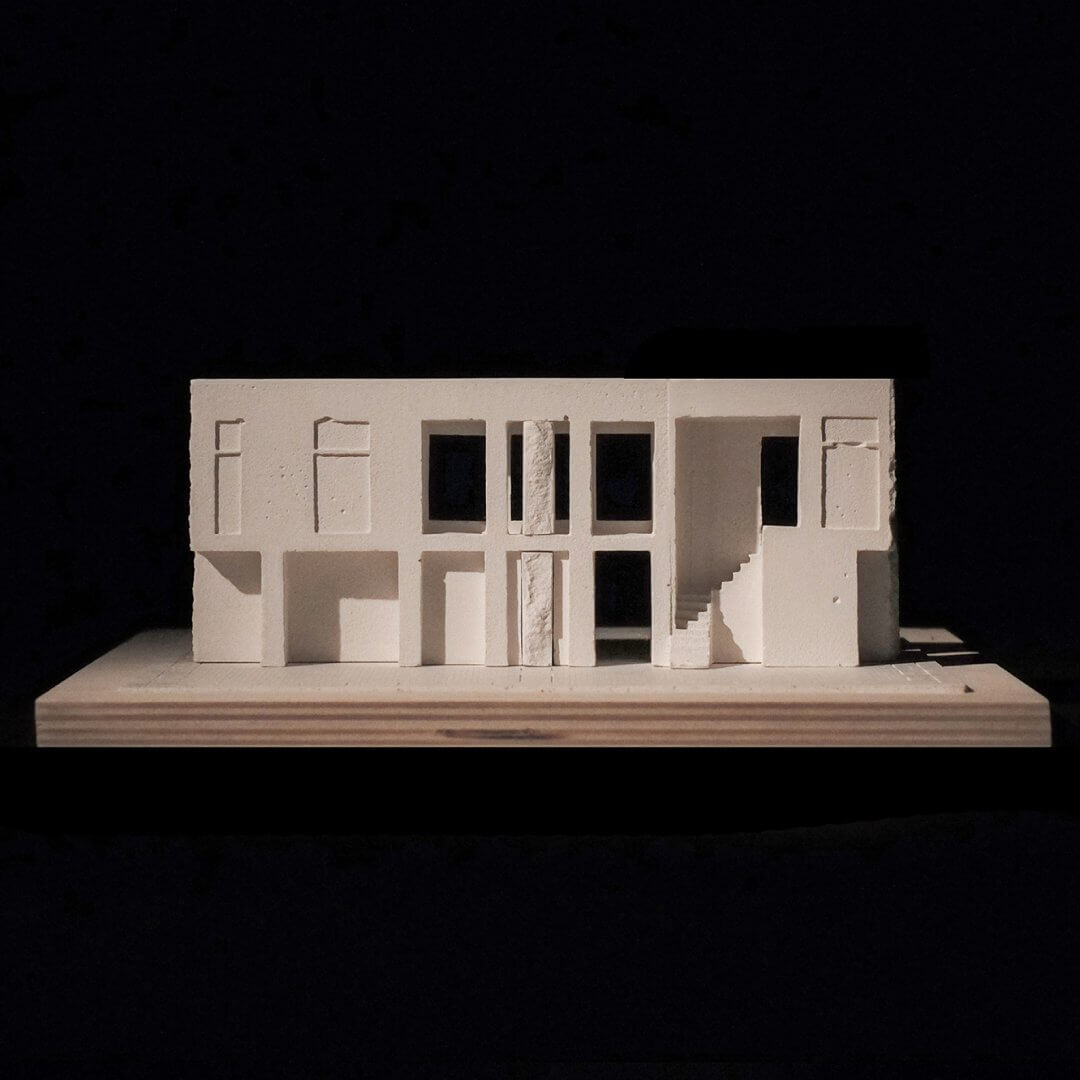 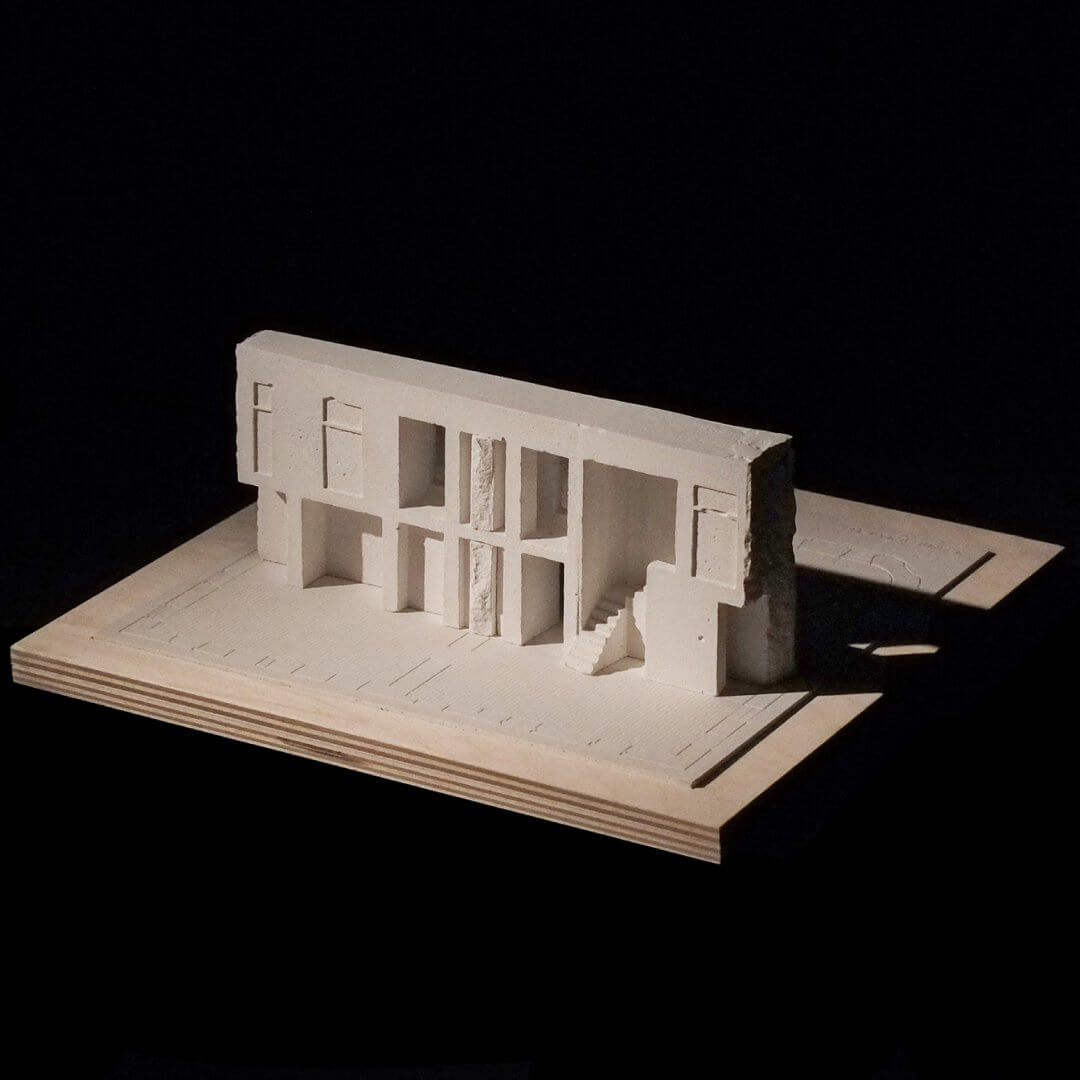 The wall dividing two volumes — old and new — is the subject of our interpretation. The wall used to be a facade in the distant past, now it separates original volume from the annexes. It contains all the new functions — it hides the stairs, storage zones and service spaces. Symbolic and functional border between two entities of the house is introduced in the project’s model as a proof of architecture’s ability to travel time and space.