This sequence begins with a logical deduction: the Church is falling, we have to underpin it.

Chiesa Diruta emerges from an amalgamation of layers and layers of matter and history. The formal result of an historic plot woven through various remodellings, expansions and collapses is – by mere coincidence – the remaining ruins that are standing still. Our intention is to insert our proposal in that historic plot with a series of new material layers. 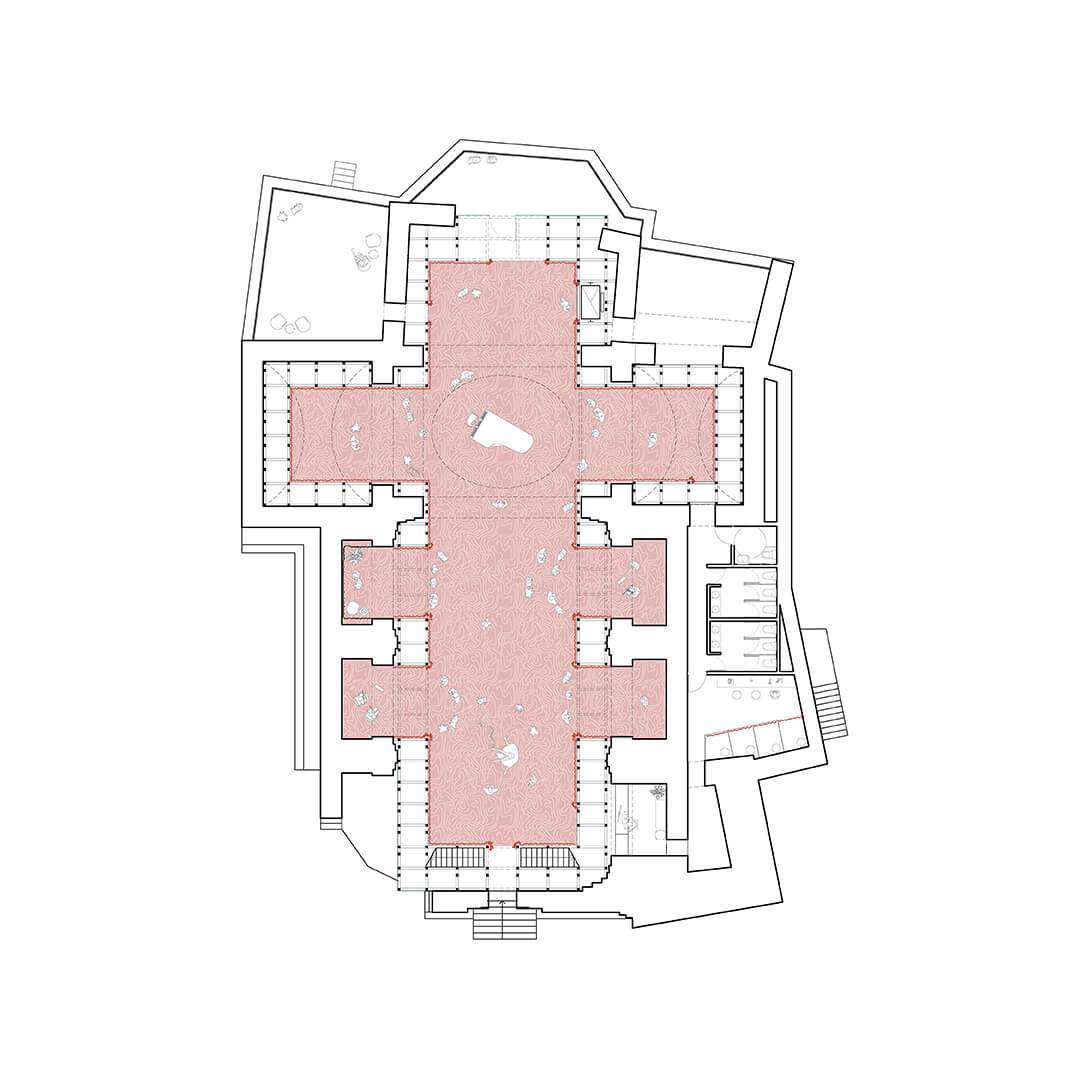 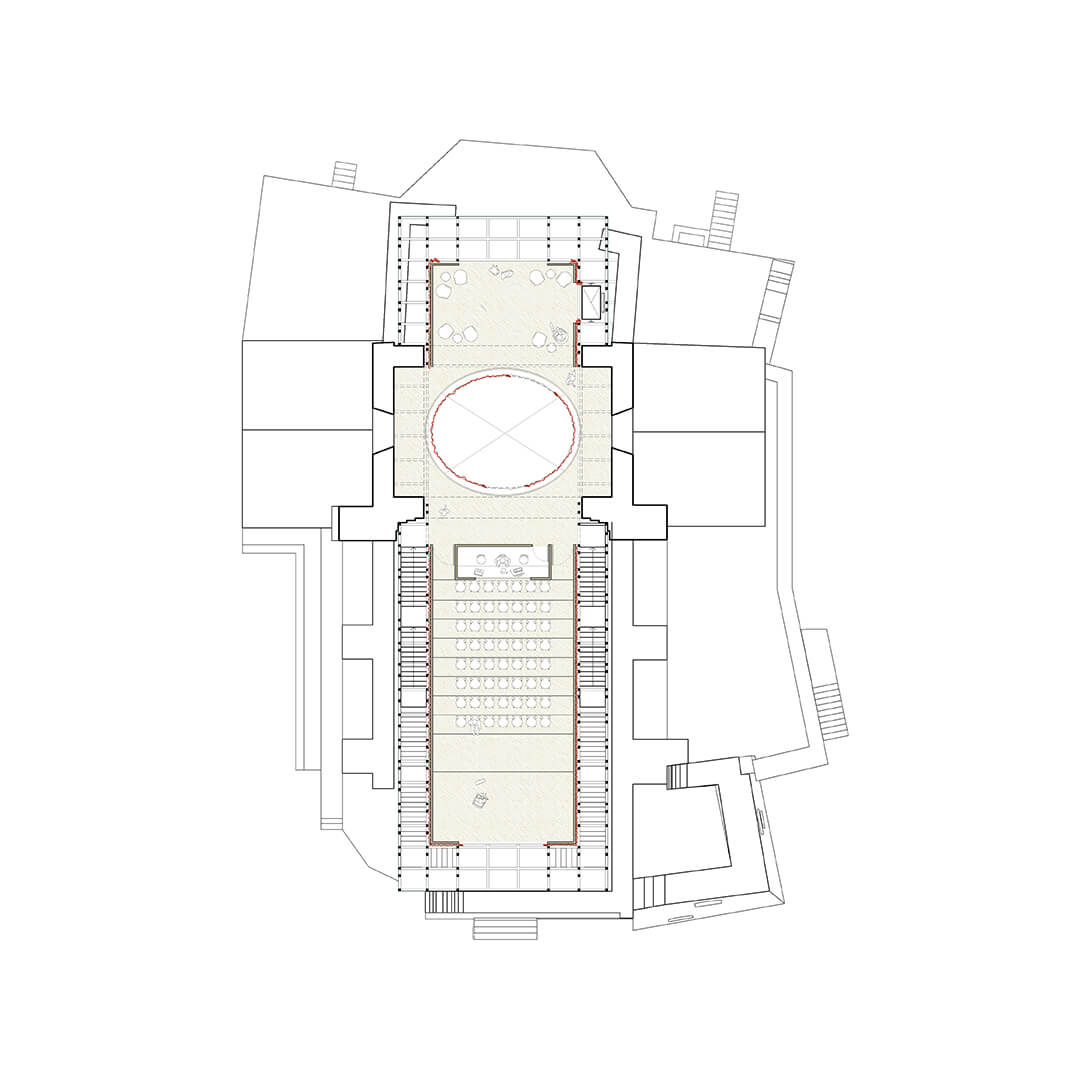 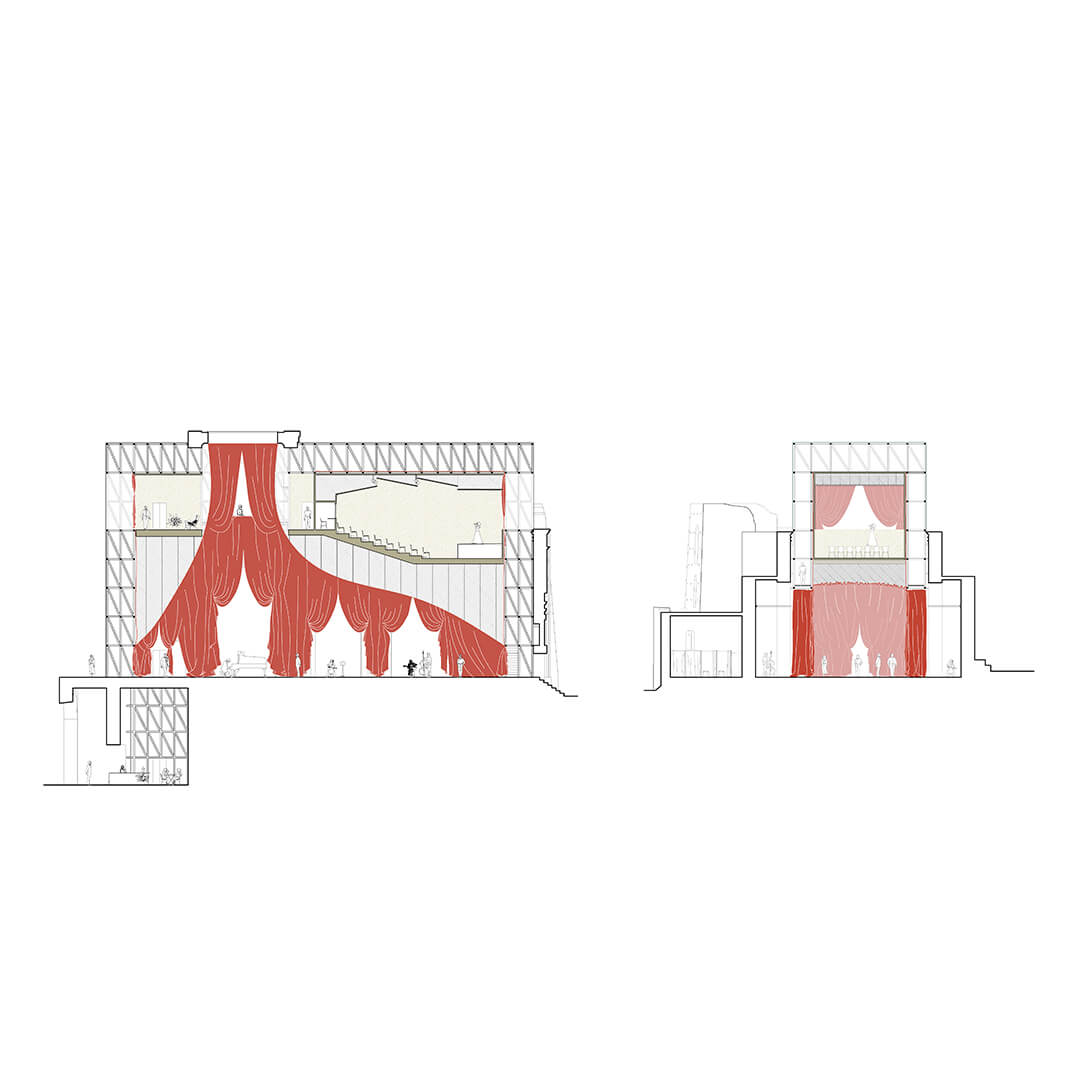 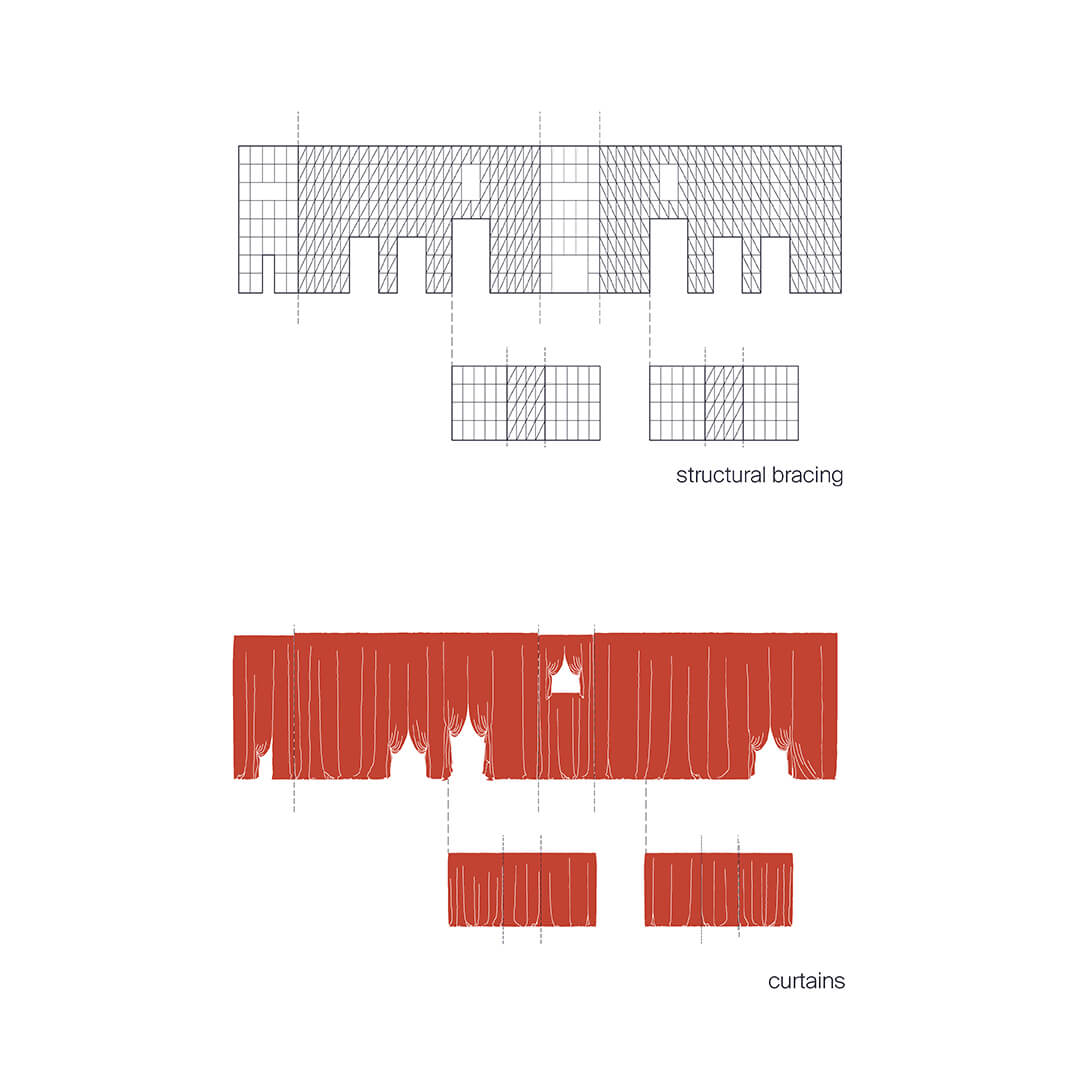 This sequence begins with a logical deduction: the Church is falling, we have to underpin it. The decision then is to cover interior walls with a structural bracing that tries to preserve it as it is. A regular grid defines the bracing as it courses through the central nave mimicking its voids. Once the structure is defined, it is also used to support the two volumes that define a closed auditorium and a foyer that also works as a balcony facing the landscape. Horizontal and vertical circulations connecting ground floor and volumes are contained between the columns that form the bracing. 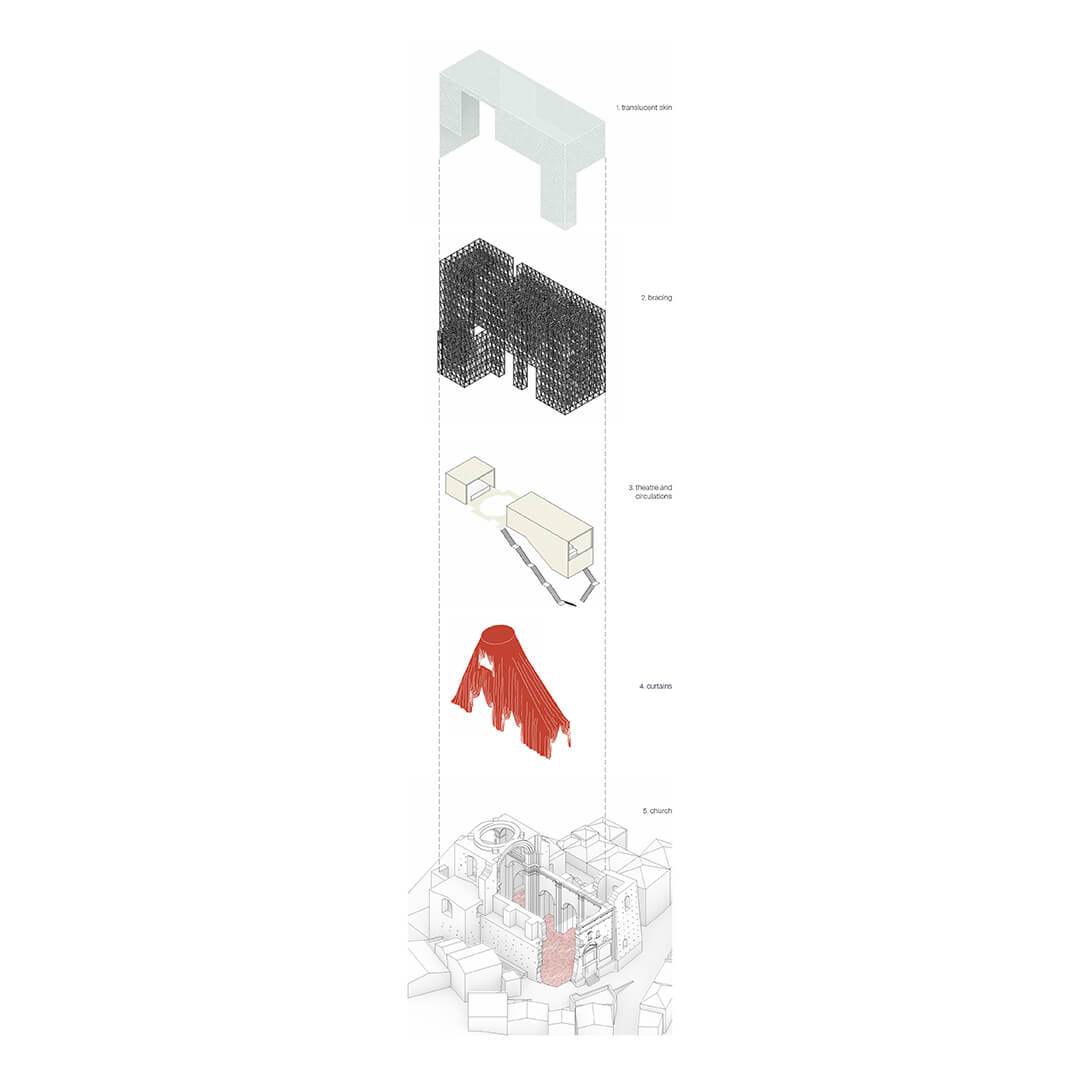 Lastly, a set of large curtains hang from the beams covering the central nave and defining a performing space in which every activity becomes spectacle. Domains of performatic and everyday behavior mix up, the question of who watches and who is watched multiplied, rippling in between every fold of cloth. The show starts whenever someone crosses the threshold. 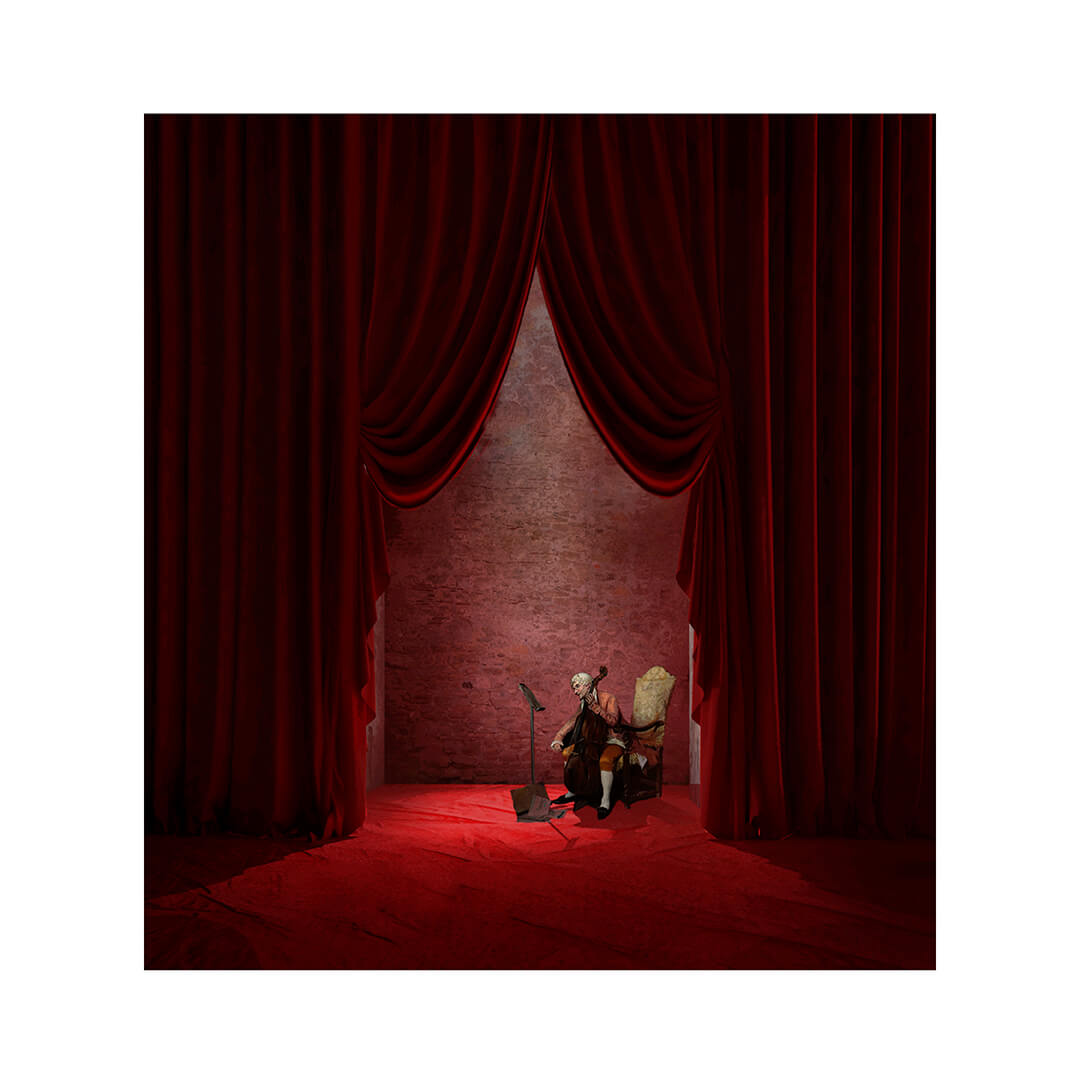 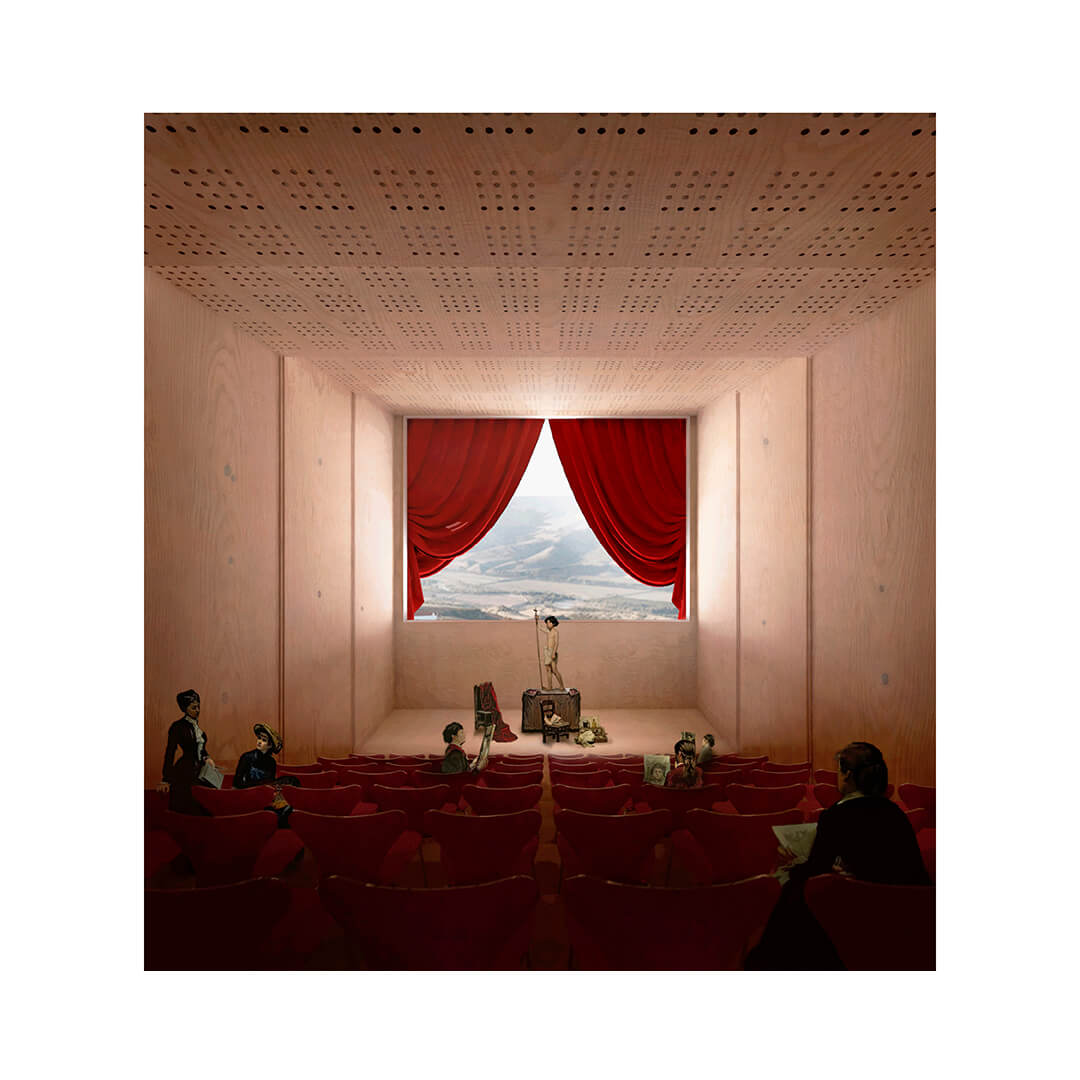 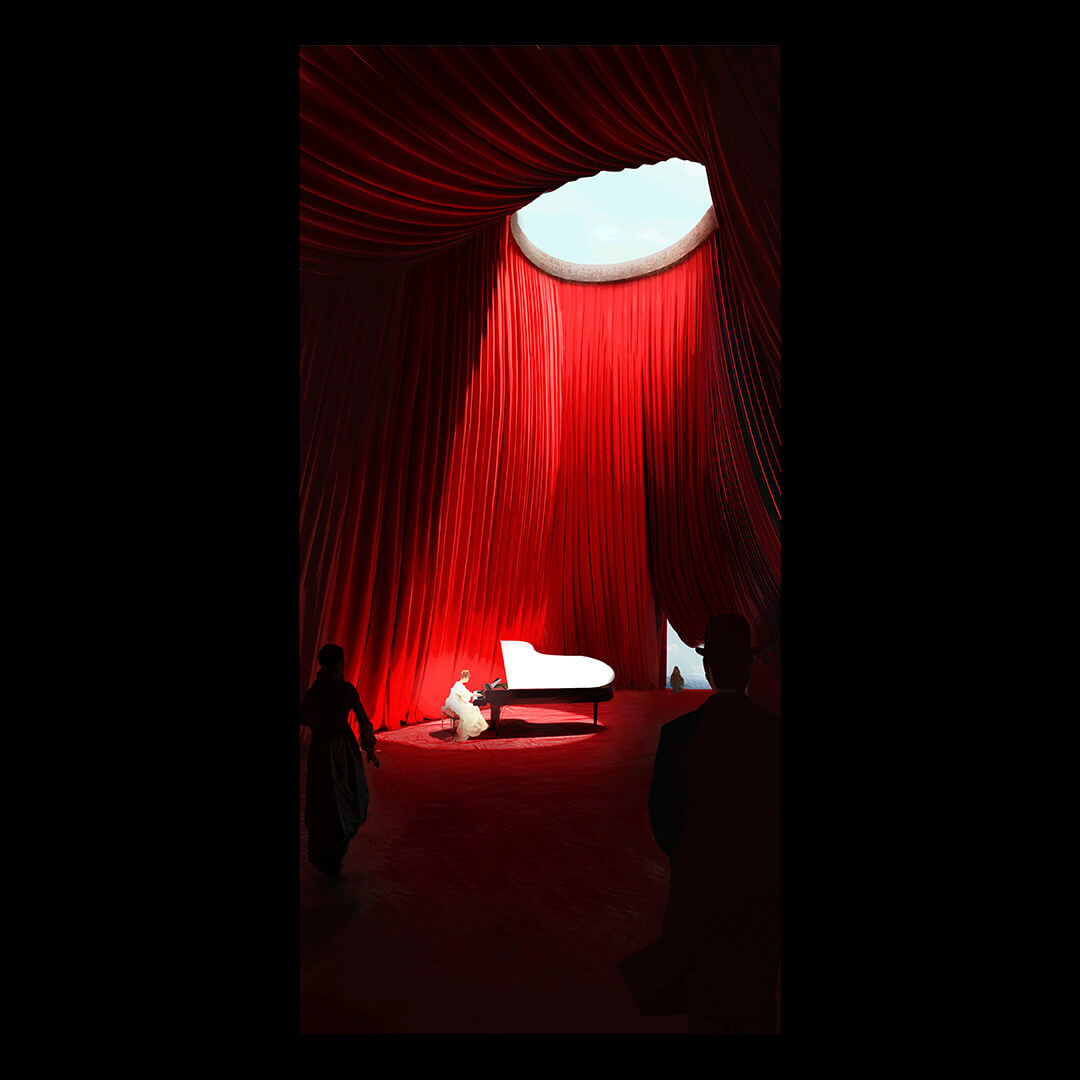 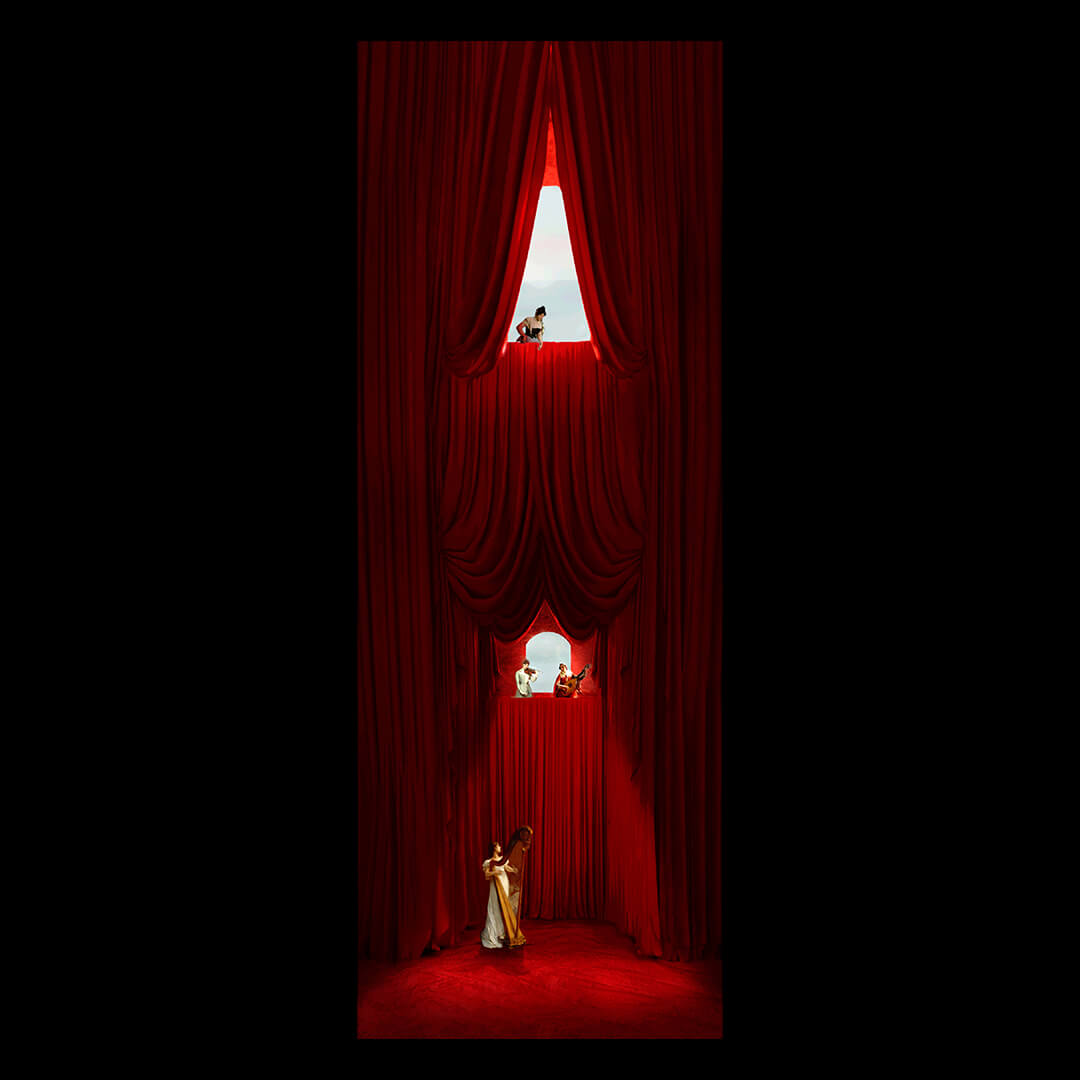 To those going through stairs and bridges, the experience of the Church is one of intimacy and proximity. Chiesa Diruta’s texture runs alongside their circuit and its fragility is revealed in full extent. To those on the central nave, the relationship with the ruins is mysterious and veiled. Always mediated by that which the curtains allow to see, every corner hides a piece of history that at times presents itself naked to the eye of the beholder.