New ECMWF headquarters, link between the new city and the historical memory of the neighborhood. 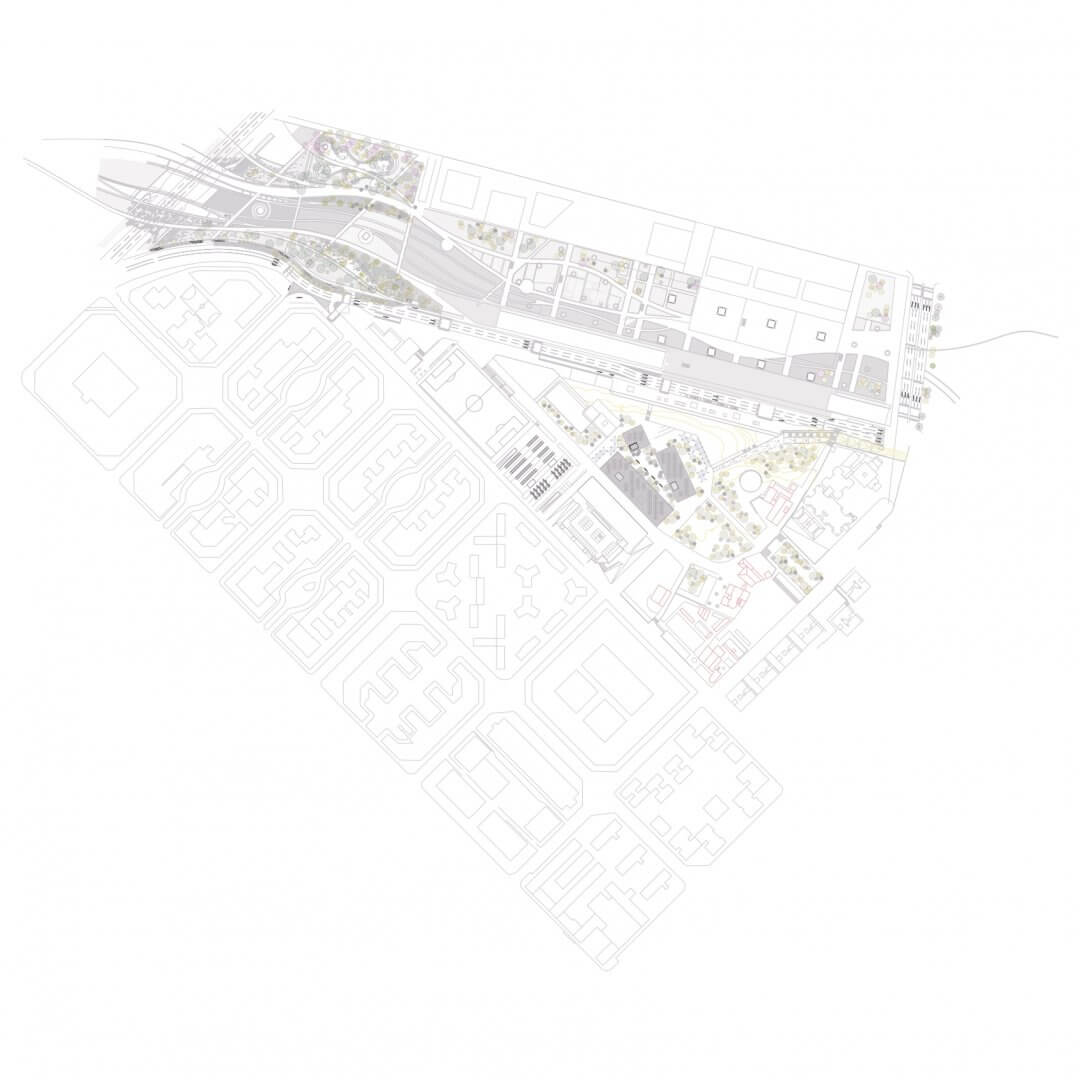 The project is executed on the need to develop a possible headquarters of the European Center for Medium-Term Weather Forecasts (ECMWF). The ECMWF is an intergovernmental organization created in 1975, made up of 34 Member States of the European Union, of which Spain is a part. The installation of this headquarters in Barcelona would imply an injection of scientific and research activity, something that would more than compensate for the activity derived from the tourism model on which the council opted and which is currently in a deep crisis, not only because of its questioning not because of the health crisis caused by COVID, but because of the social, environmental and economic problems implicit in touristification. 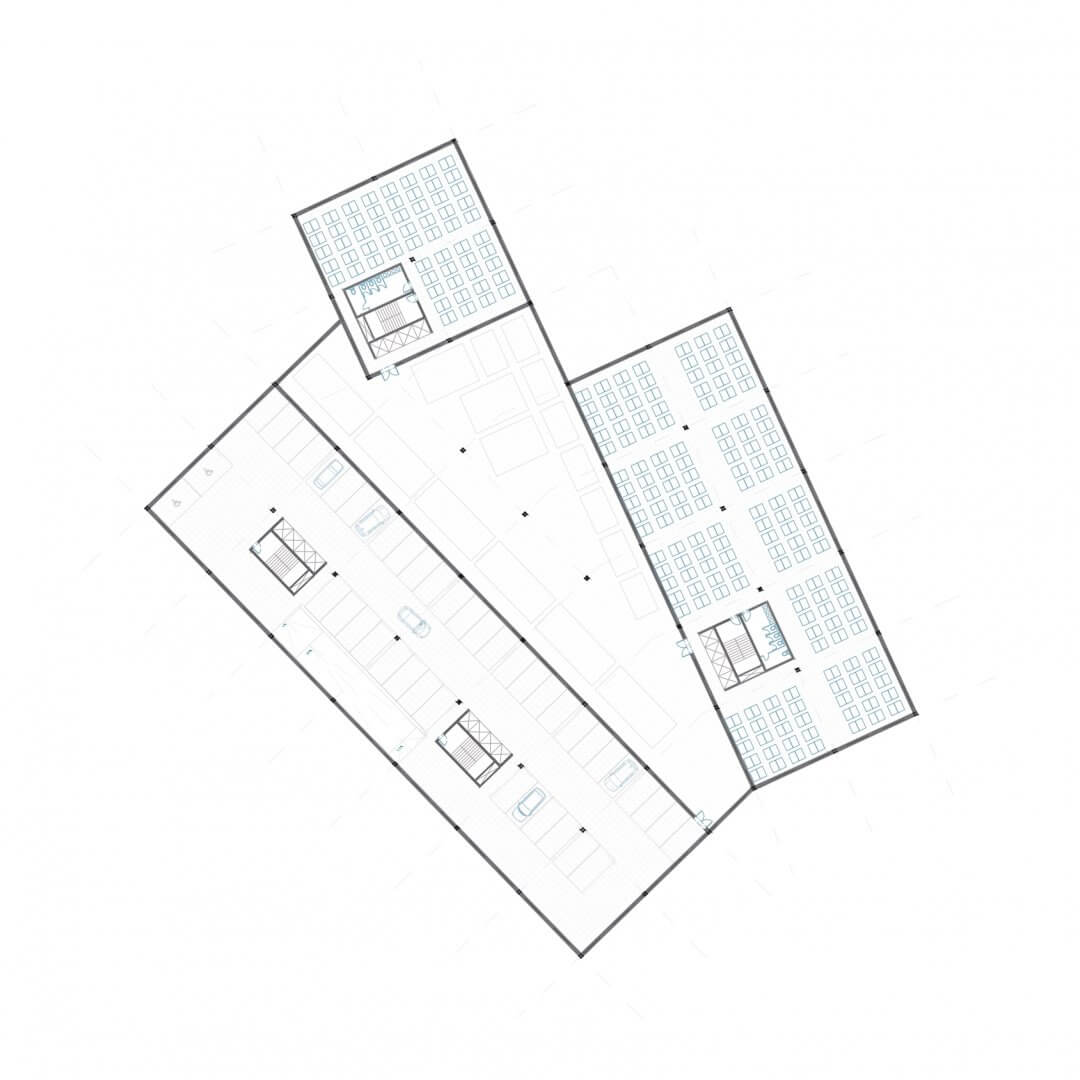 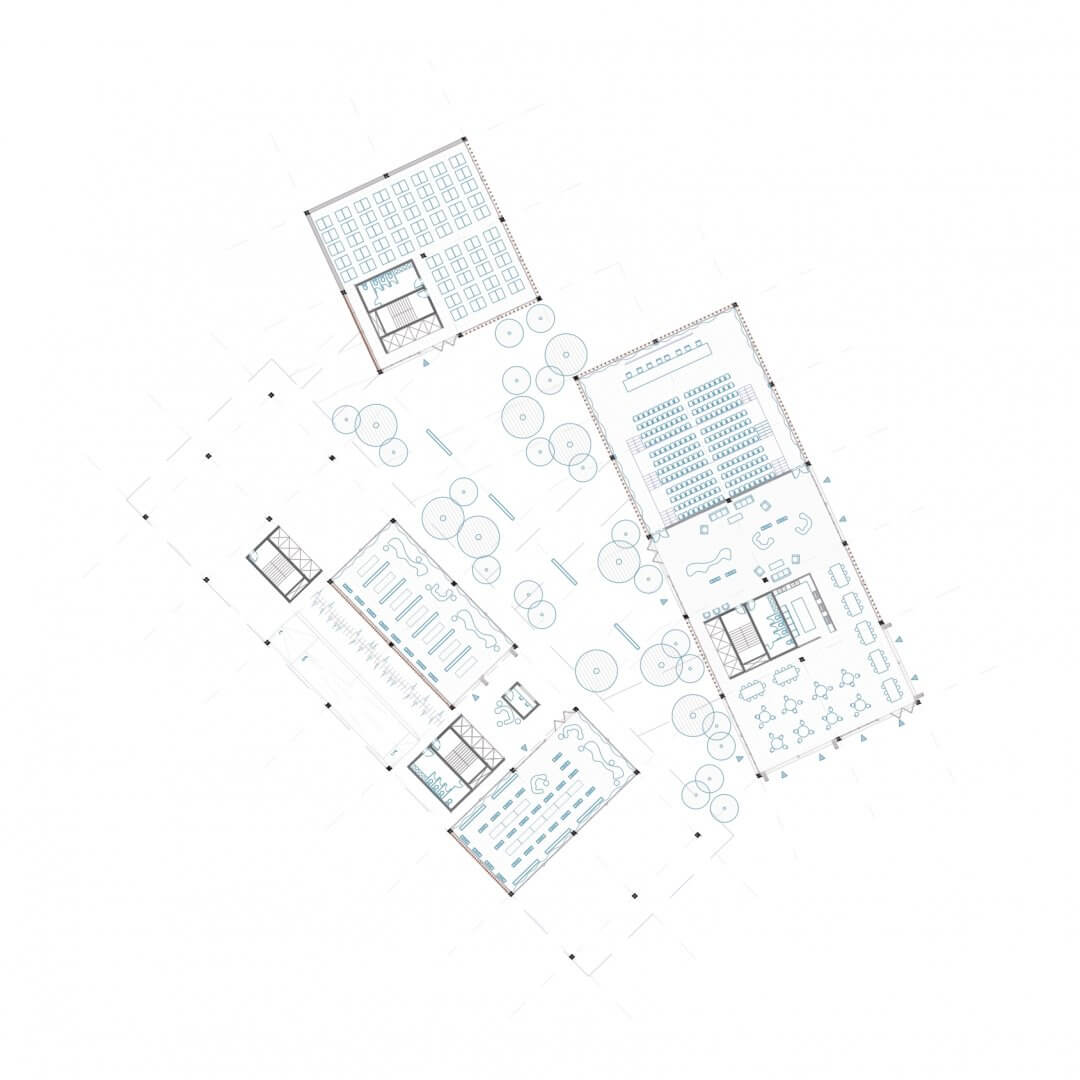 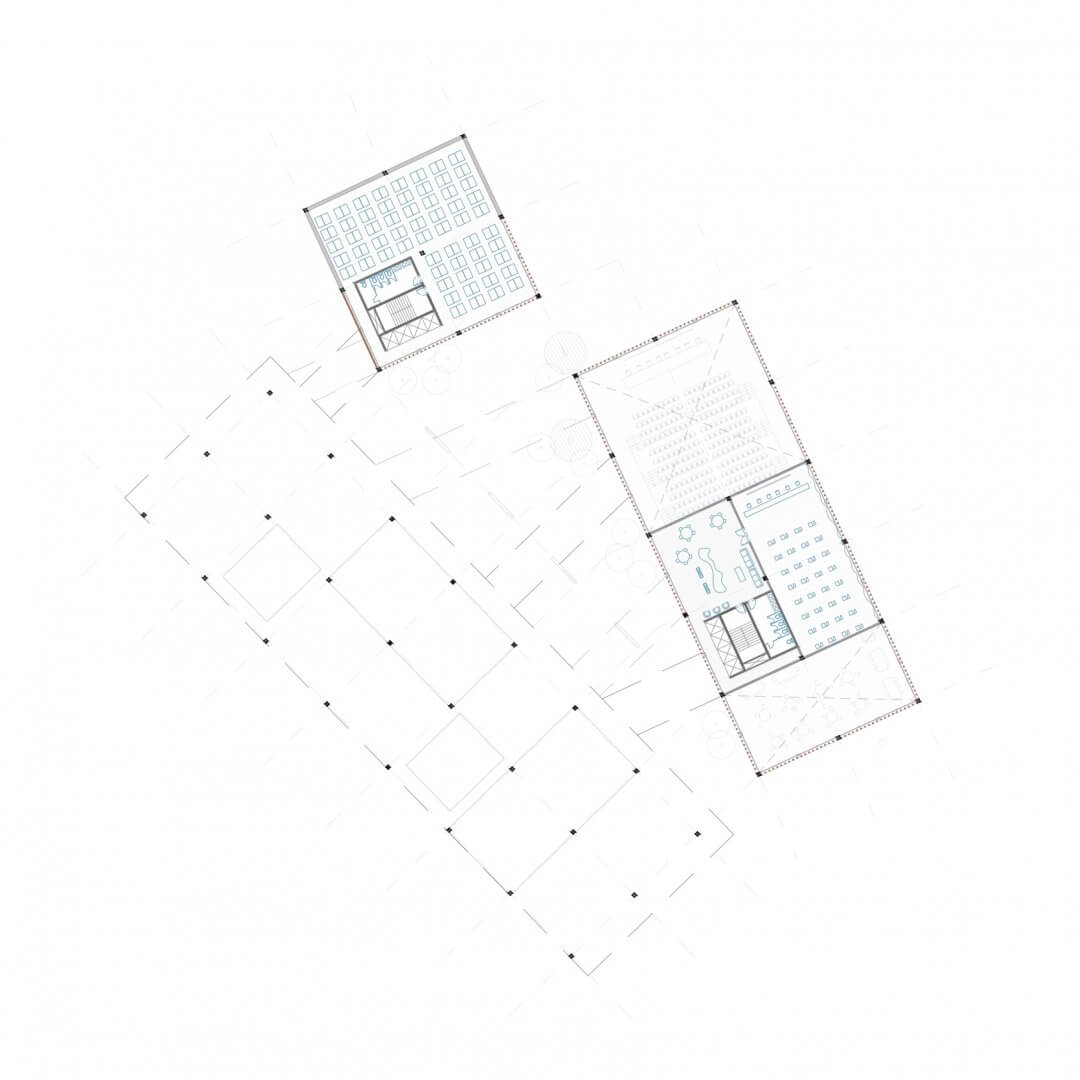 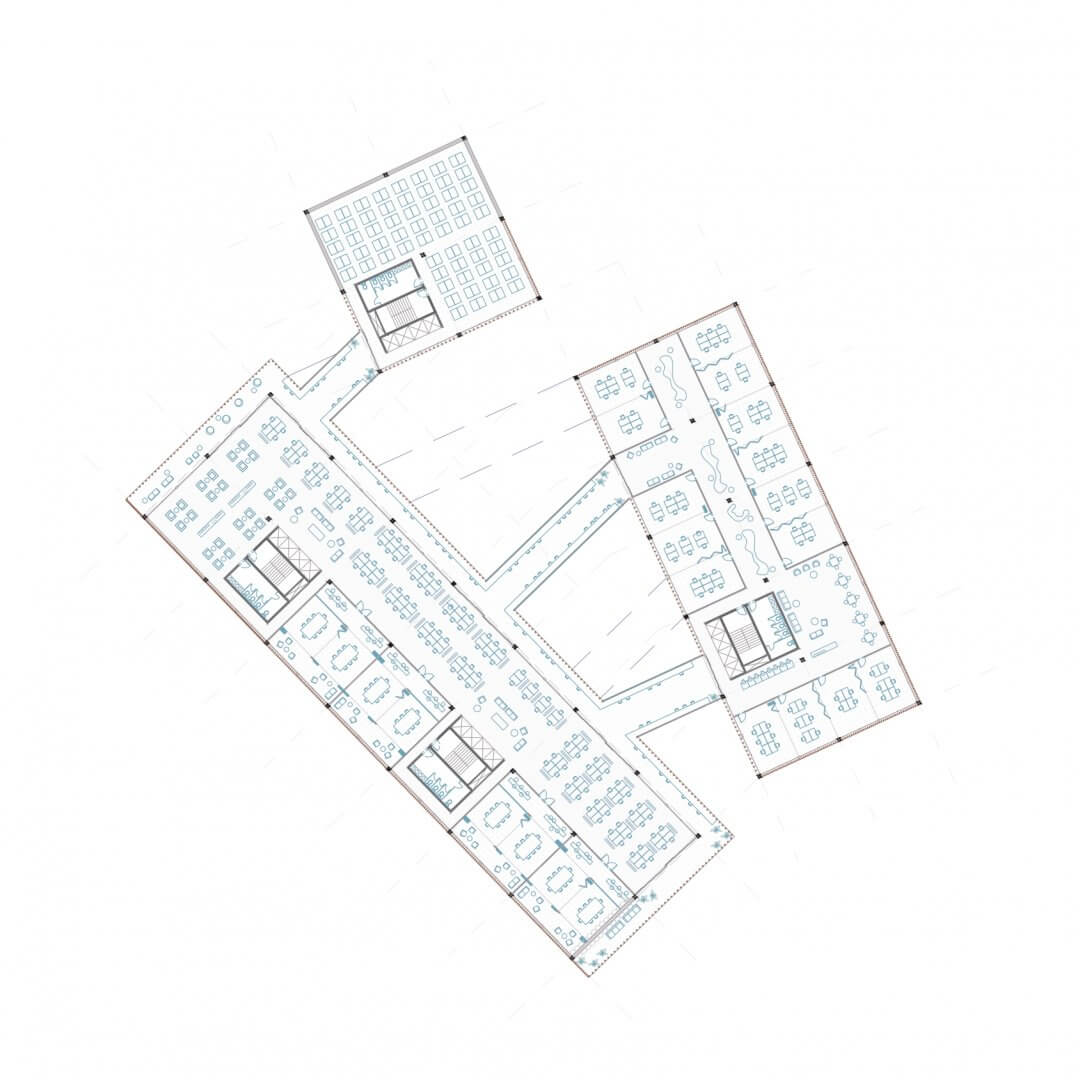 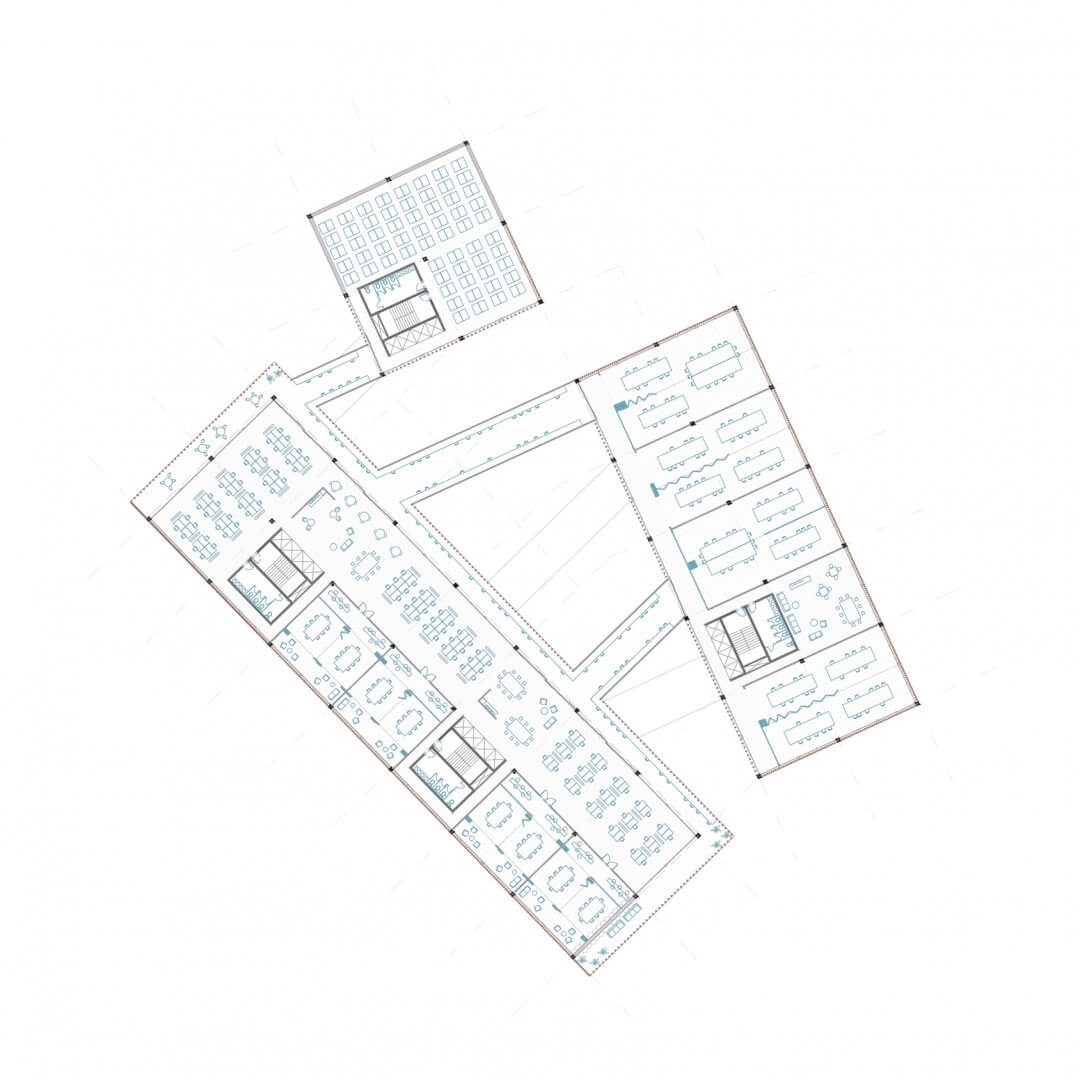 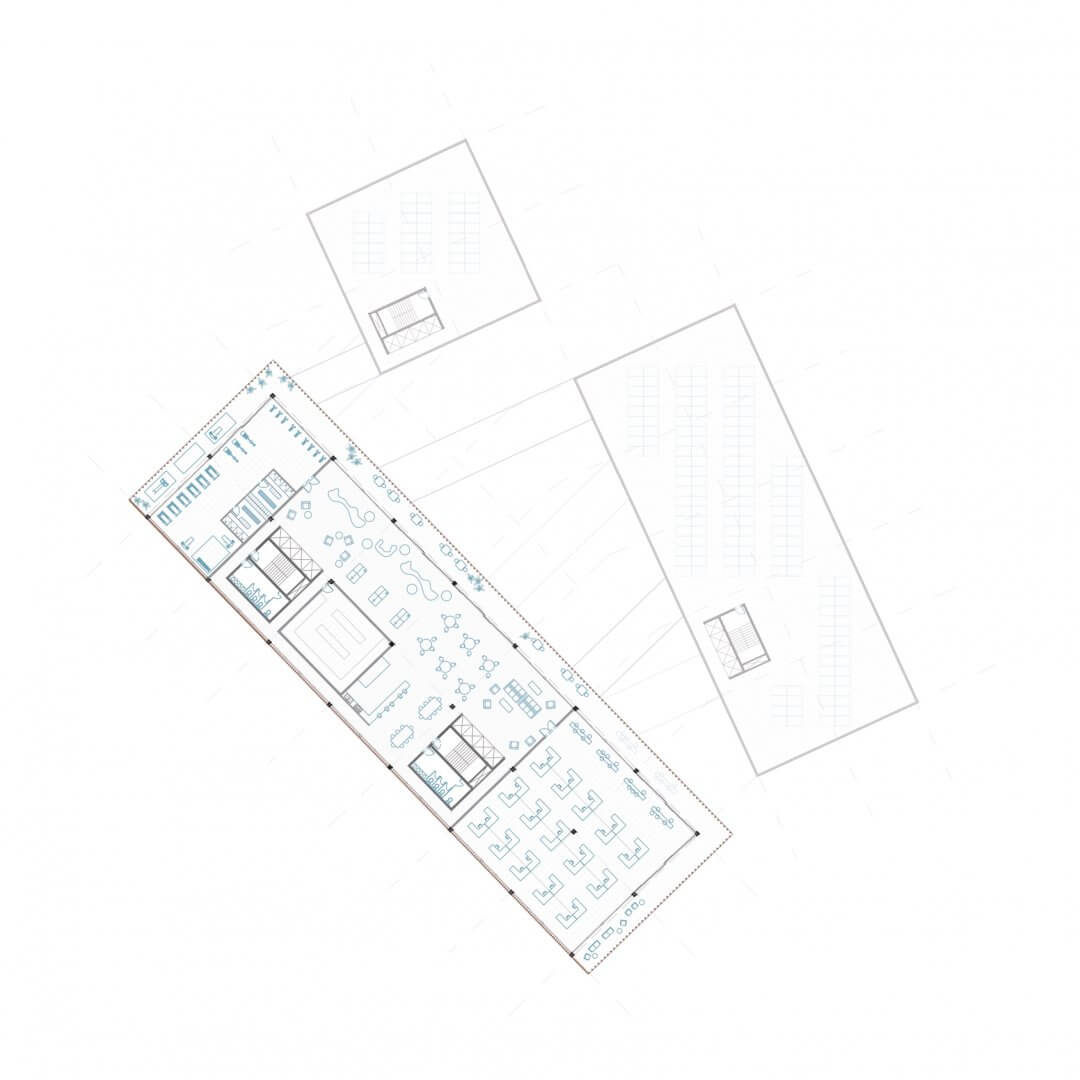 In this way, a public-private construction is proposed, a type of multipurpose public building that encourages social interaction. The building is located on the edge of the Rec Comtal park, in the border area between the Sagrera neighborhood and the San Martín de Provensals neighborhood, in the city of Barcelona. Making a connection between the project under construction of the new AVE station and the city. The spaces of this new building had to accommodate:
1. Researchers’ private work area: granting 70% of this area to an open and structured office with furniture (landscape office) and the remaining 30% to an individual private office for managers or team leaders.
2. Protected private data area: sectorized in the face of fires and with access through an independent lobby where the supercomputers will be located.
3. Public area and climate museum: public exhibition area intended both to give visibility to the research carried out by the ECMWF, and to raise awareness among the population about the repercussions of climate change. In addition to a conference room, a press room, a bar/cafeteria and workshop rooms.
4. Logistics area: including parking for cars, motorcycles and bicycles and the rooms for the air conditioning and ventilation equipment. 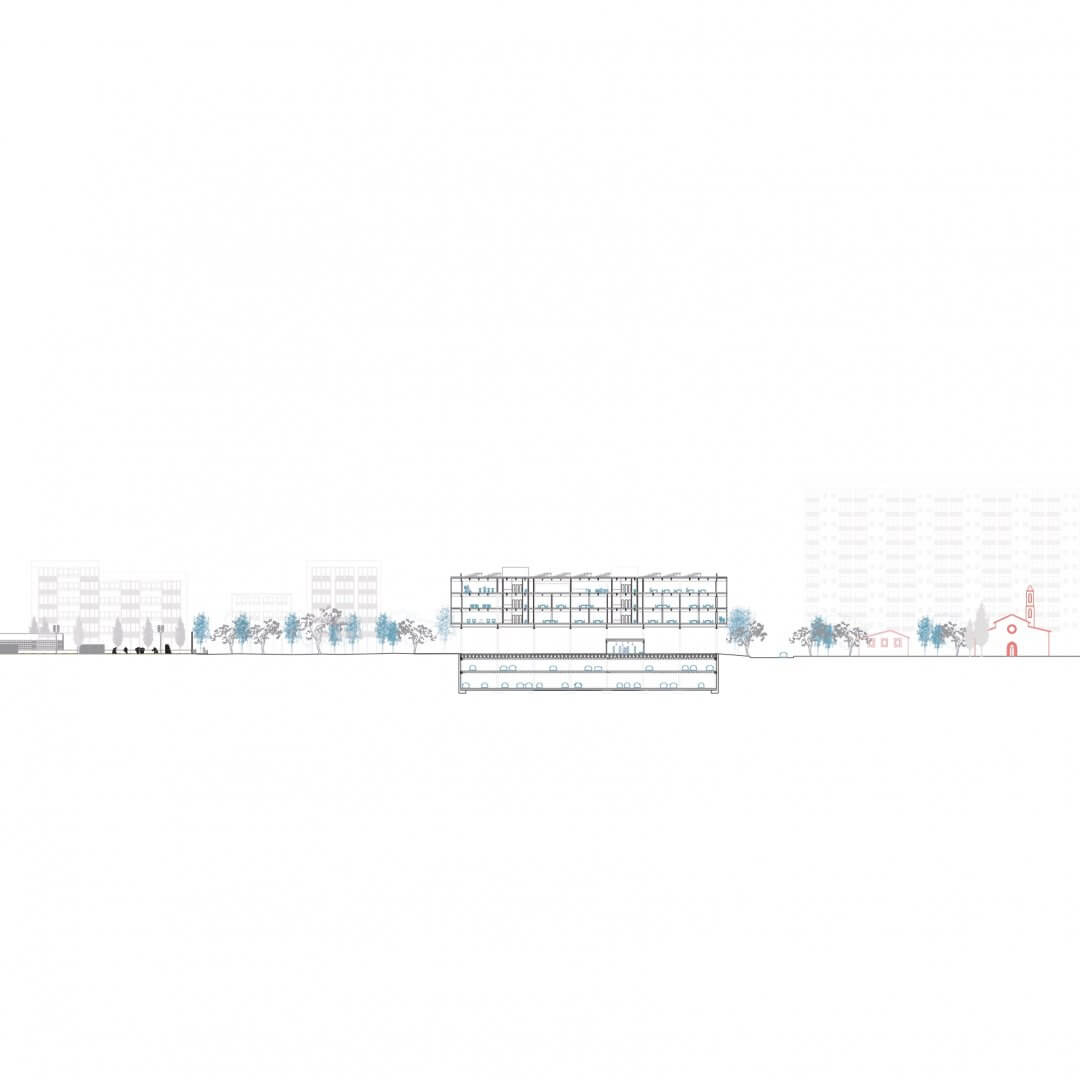 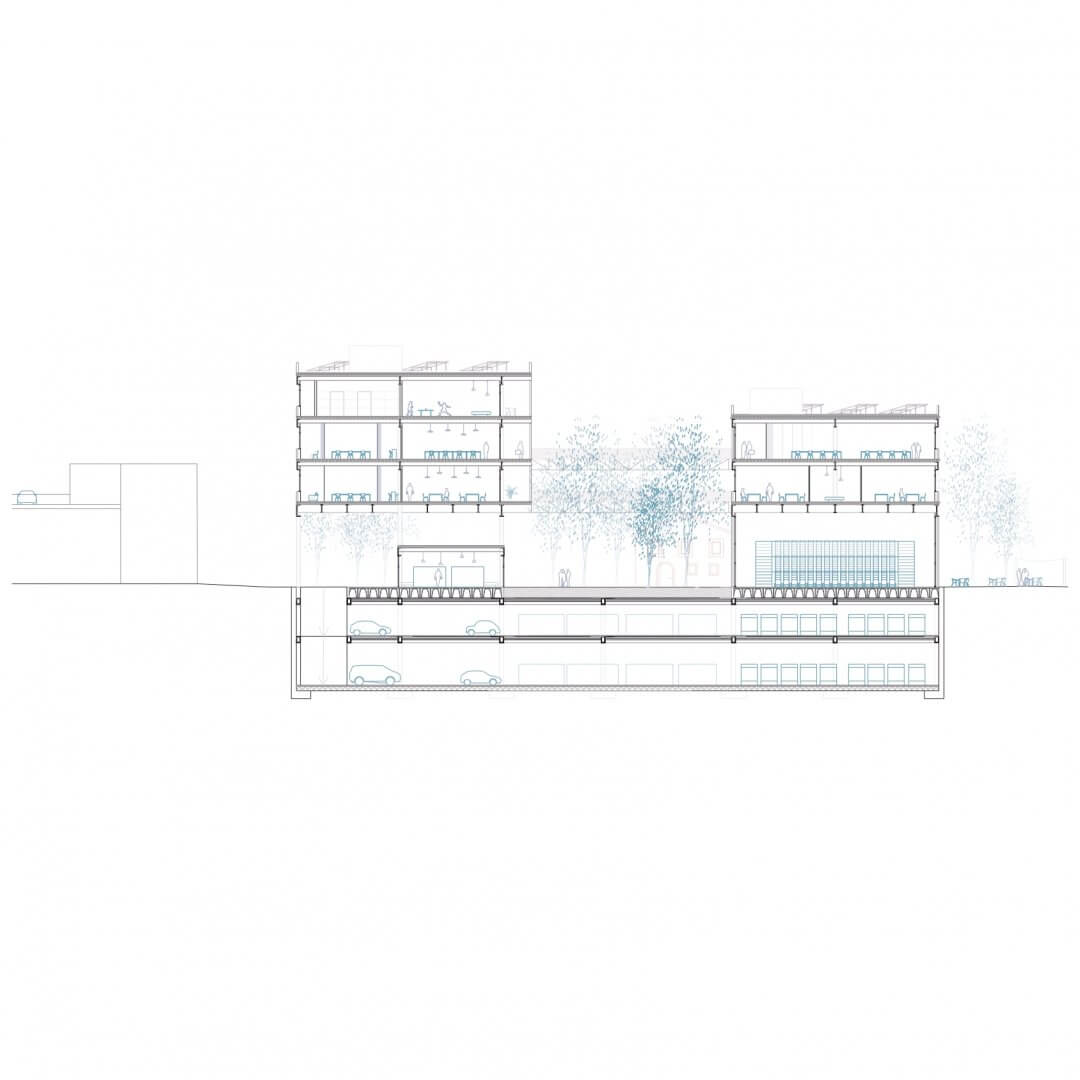 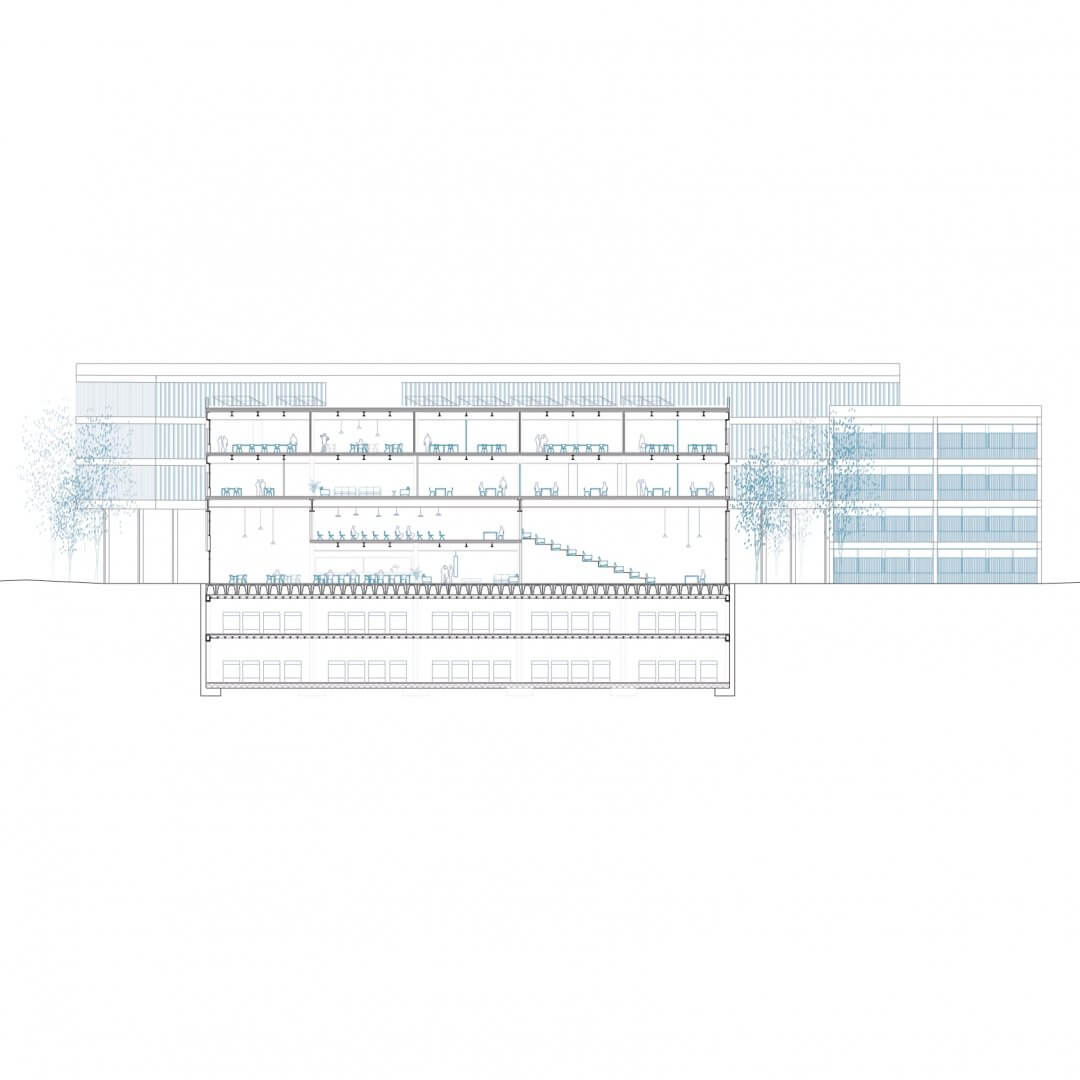 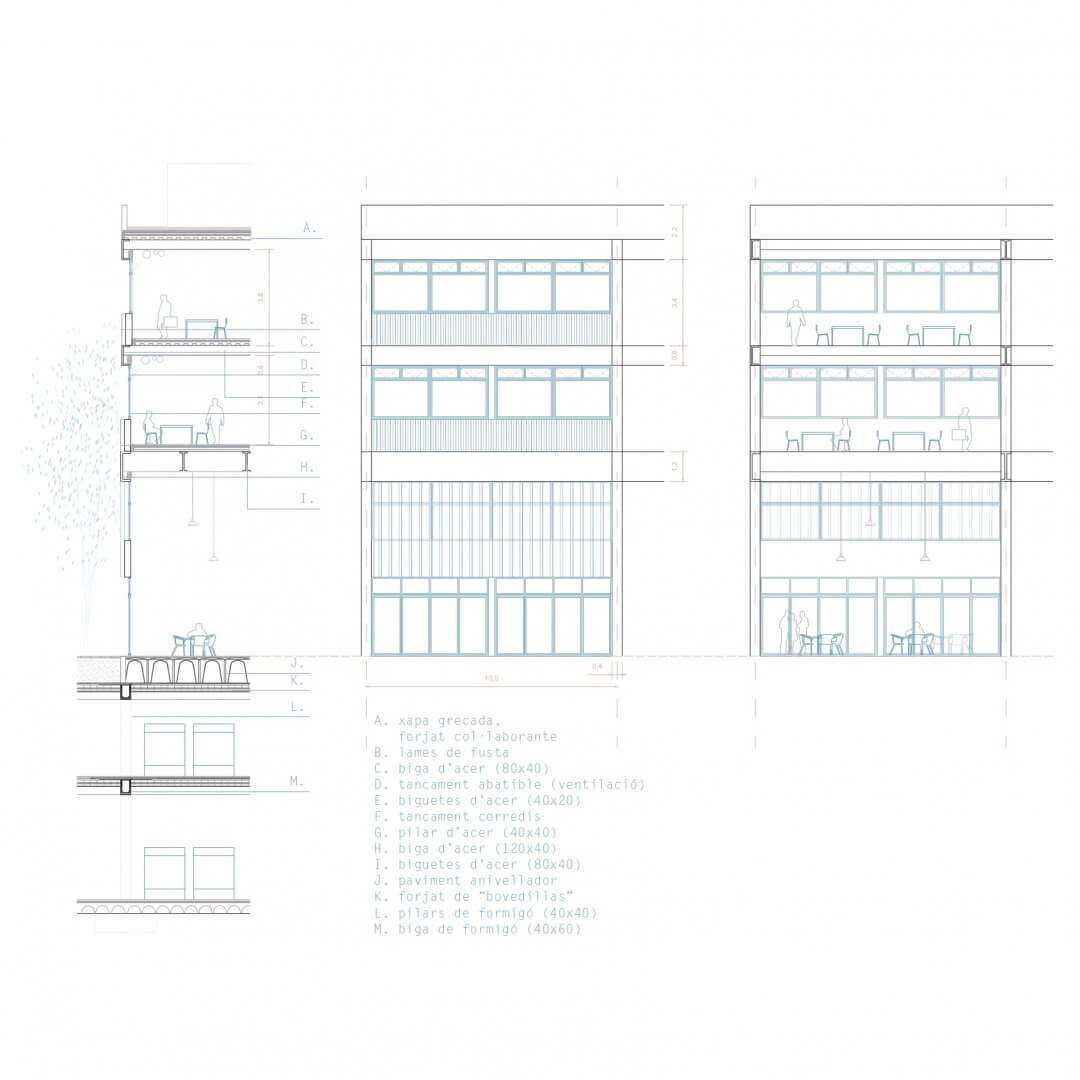 In this way, the proposal was based on assuming the necessary spaces, but without neglecting the importance of the pre-existing places, such as the last farmhouses that reflect the area’s ancient agricultural past. For this reason, an attempt was made to create a link project between the two cities, the new (station) and the existing one, to preserve the historical memory of the place. The building is made up of three blocks, connected to each other through walkways and a unit basement. Each one covers specific areas. One block for the private area of protected data, another for the private area for researchers’ work, and the last one for the public area. At the underground level, we find the parking lot, the air conditioning and ventilation equipment, and the warehouses for supercomputer components. 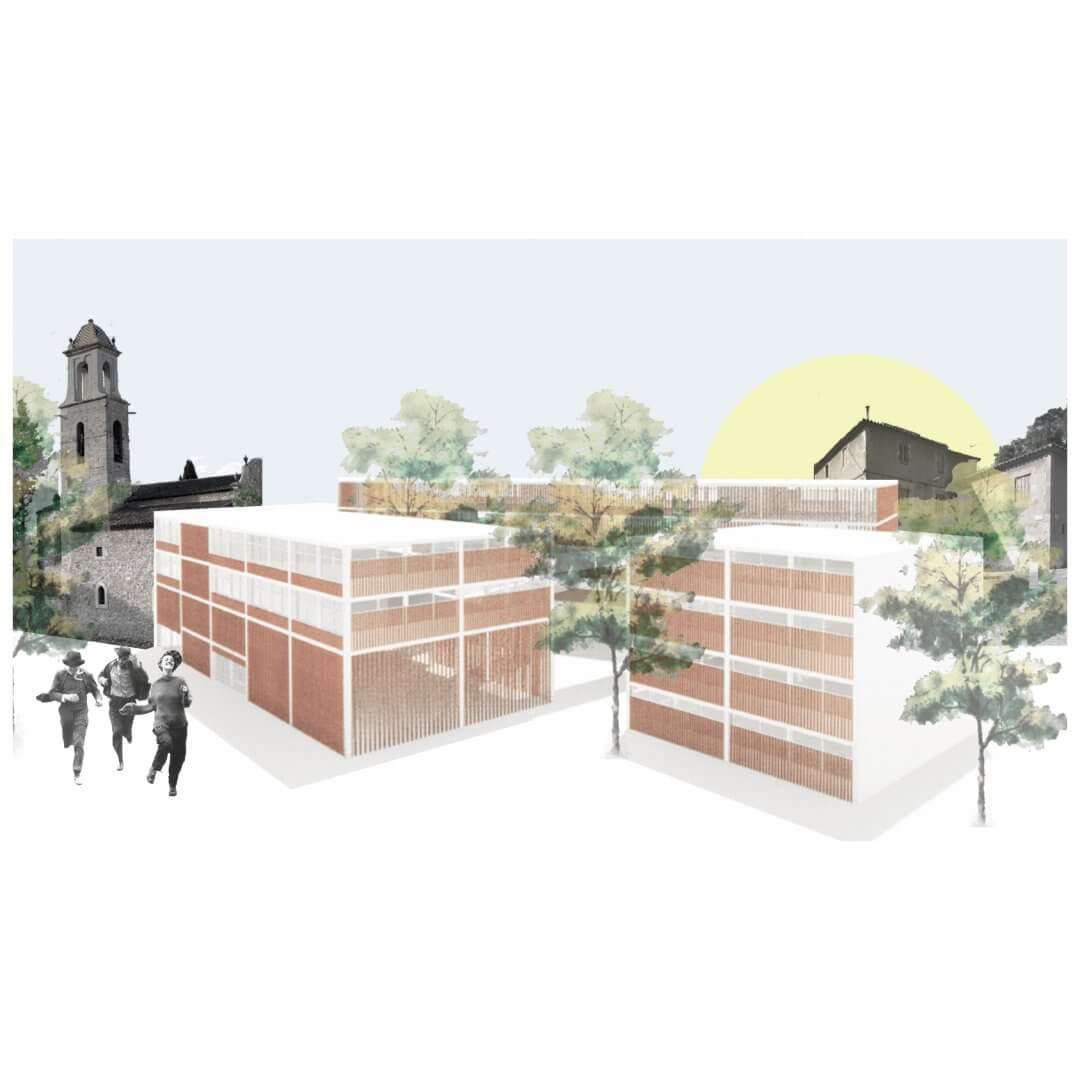 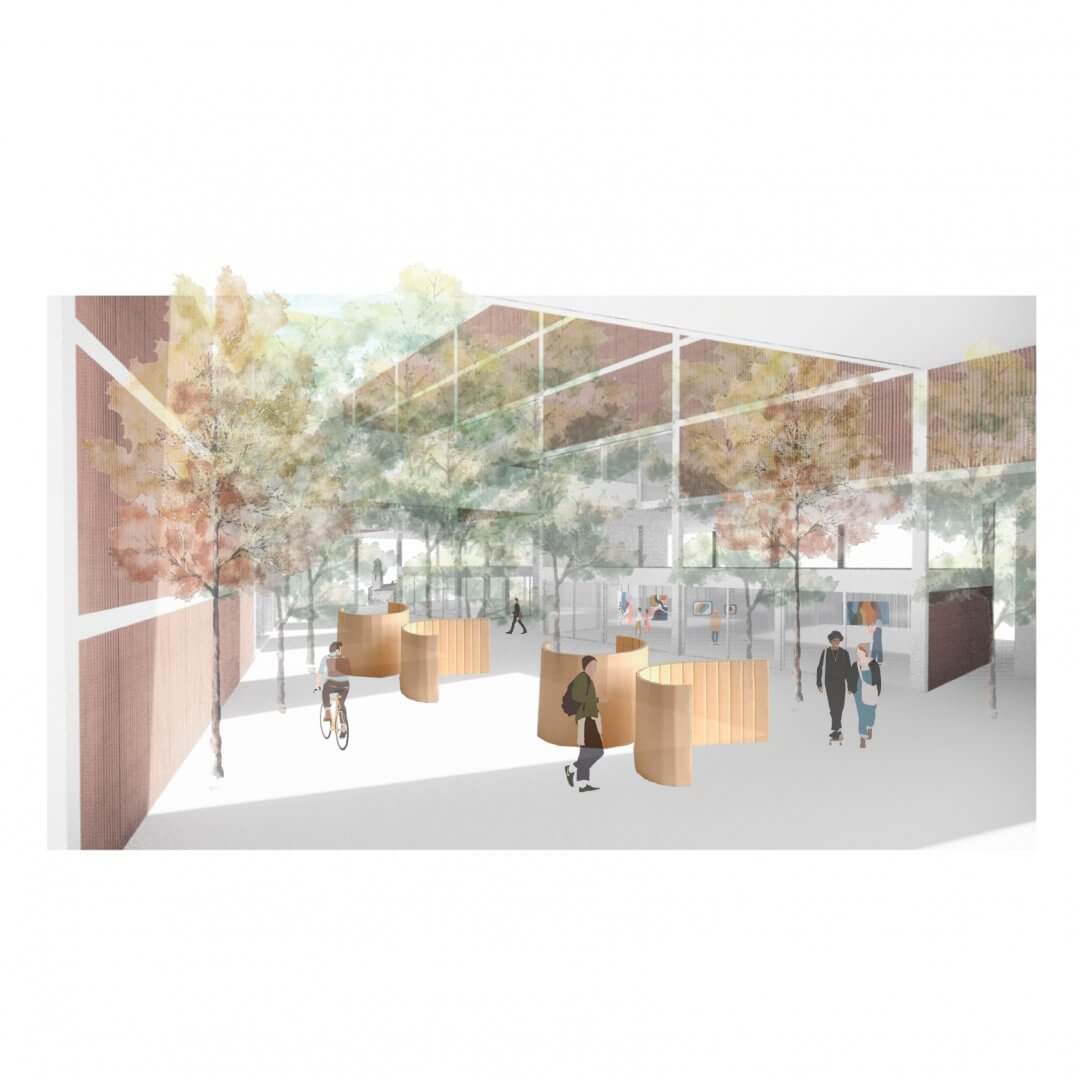 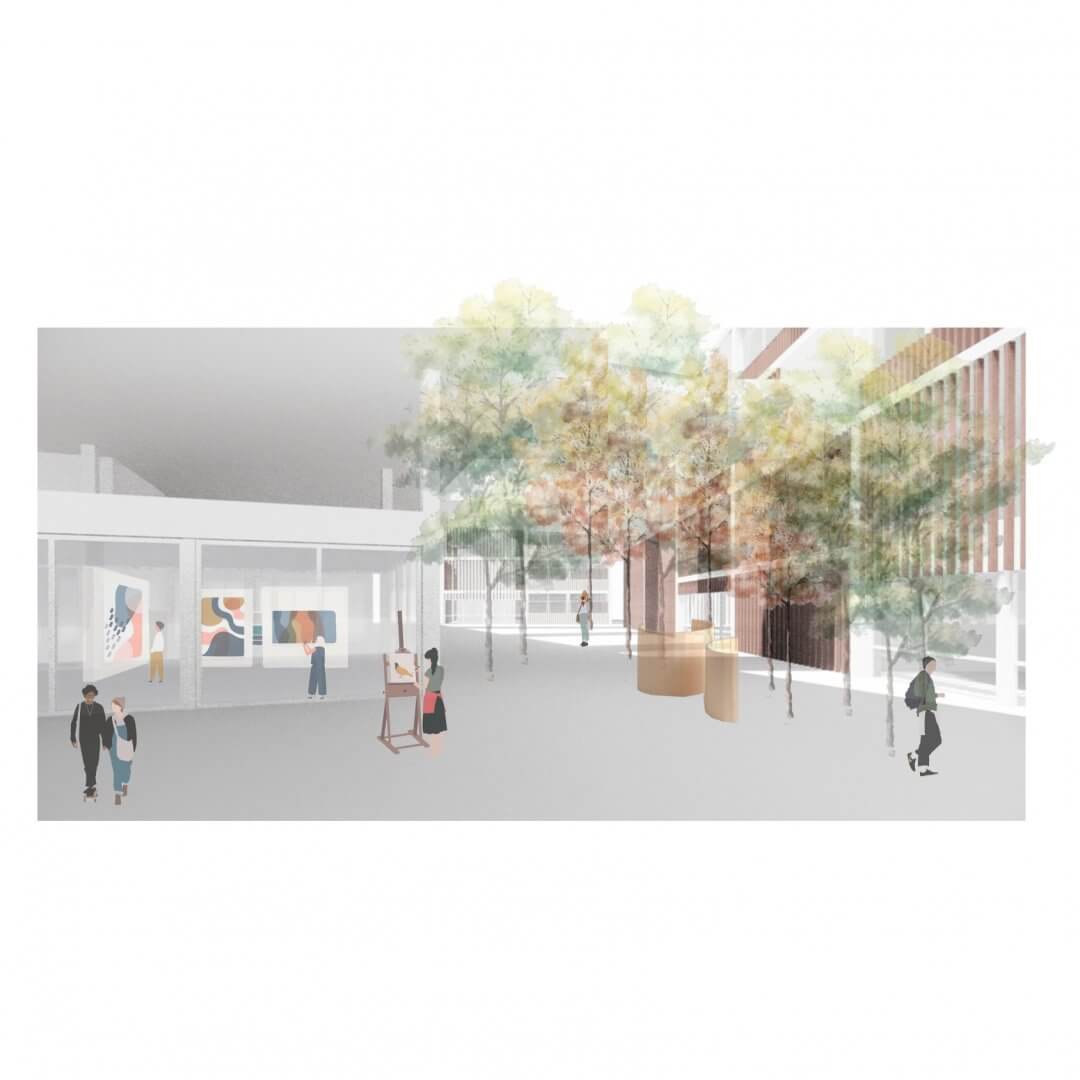 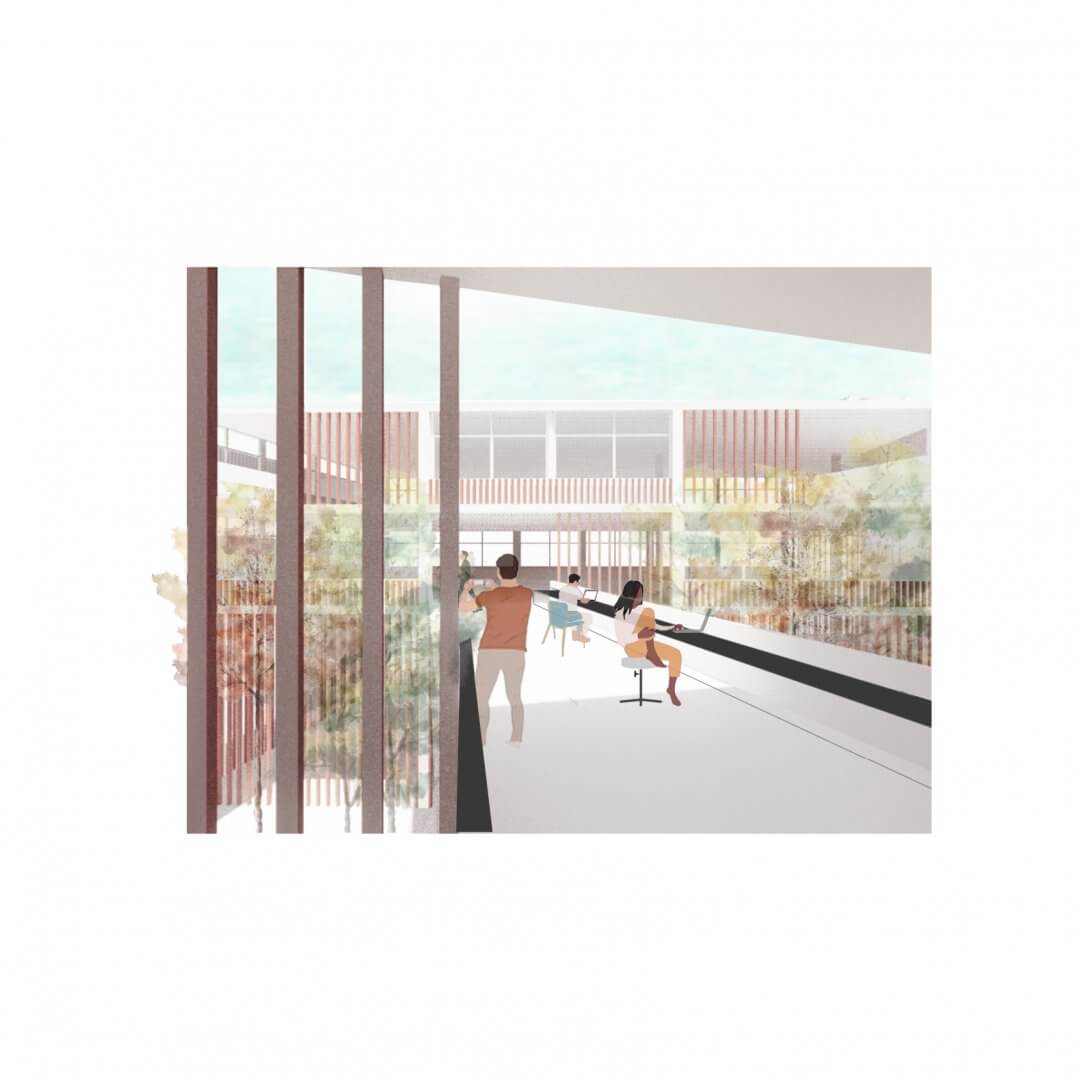 On the ground floor, the climate museum and public elements (exhibition area, restaurant, conference room, etc.) and a large green area that created a zone of interaction between the inhabitants of the neighborhood and the workers and also between the existing and new public green space. Plants become more and more privatized as you level up.