The OmniDomus Project was part of a workshop called “Vacancy in Height” taught by professors and architects Alejandro Beals and Loreto Lyon.

The objective of this workshop was the solution to the problem of vacancy in office buildings that caused the COVID-19 pandemic. For this reason, real references were used as the structural base of the project, in the case of the OmniDomus it was the Pepsi-Cola Corporation World Headquarters building in New York designed by SOM. 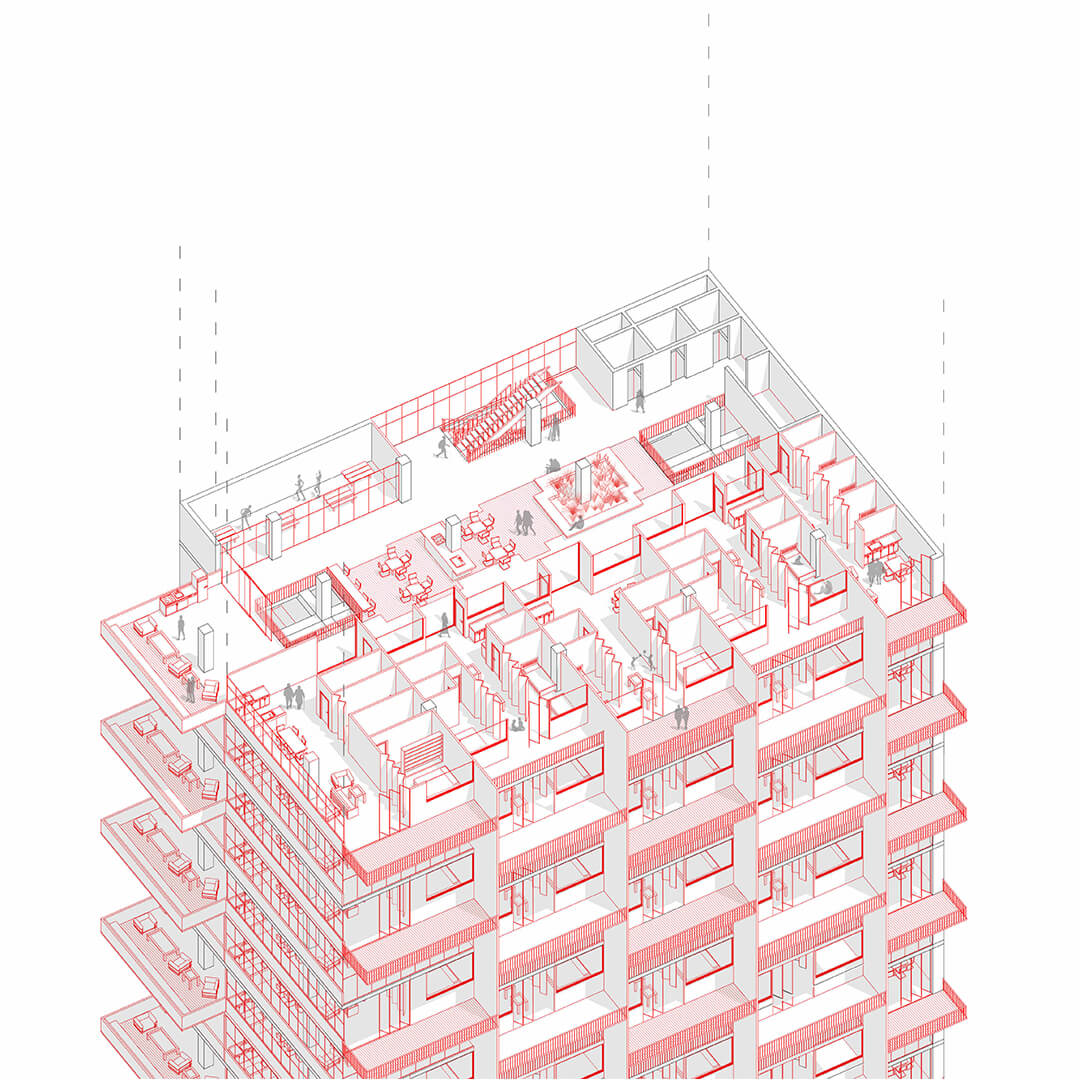 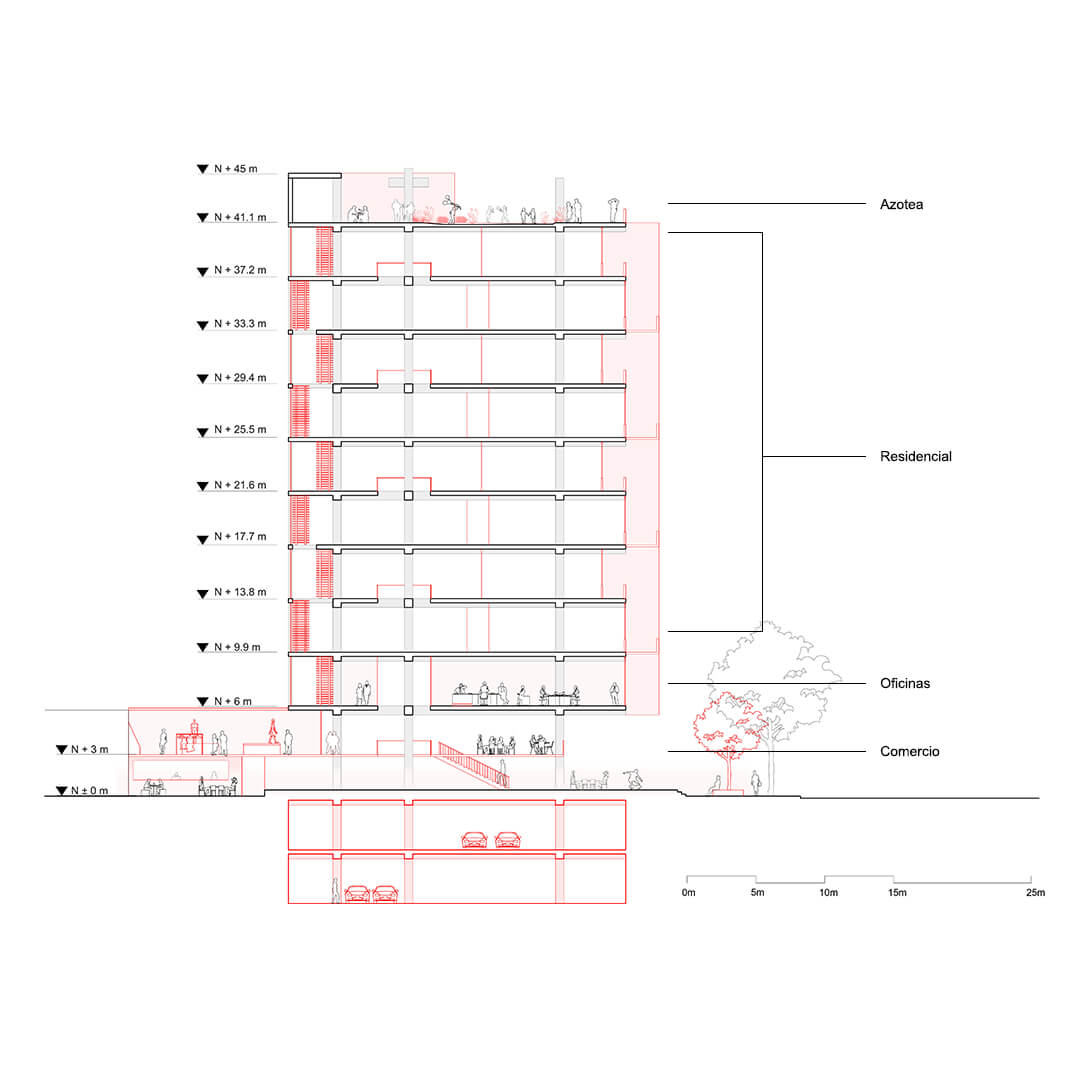 The workshop was structured in reference to Species of Spaces, a book by Georges Perec, so it started from the basic unit, the room, to finish the project design with the building located in a real context. As part of this process, it was sought to establish concepts that guide the design of the project within the rooms of the students themselves. The concepts seen in the rooms were: 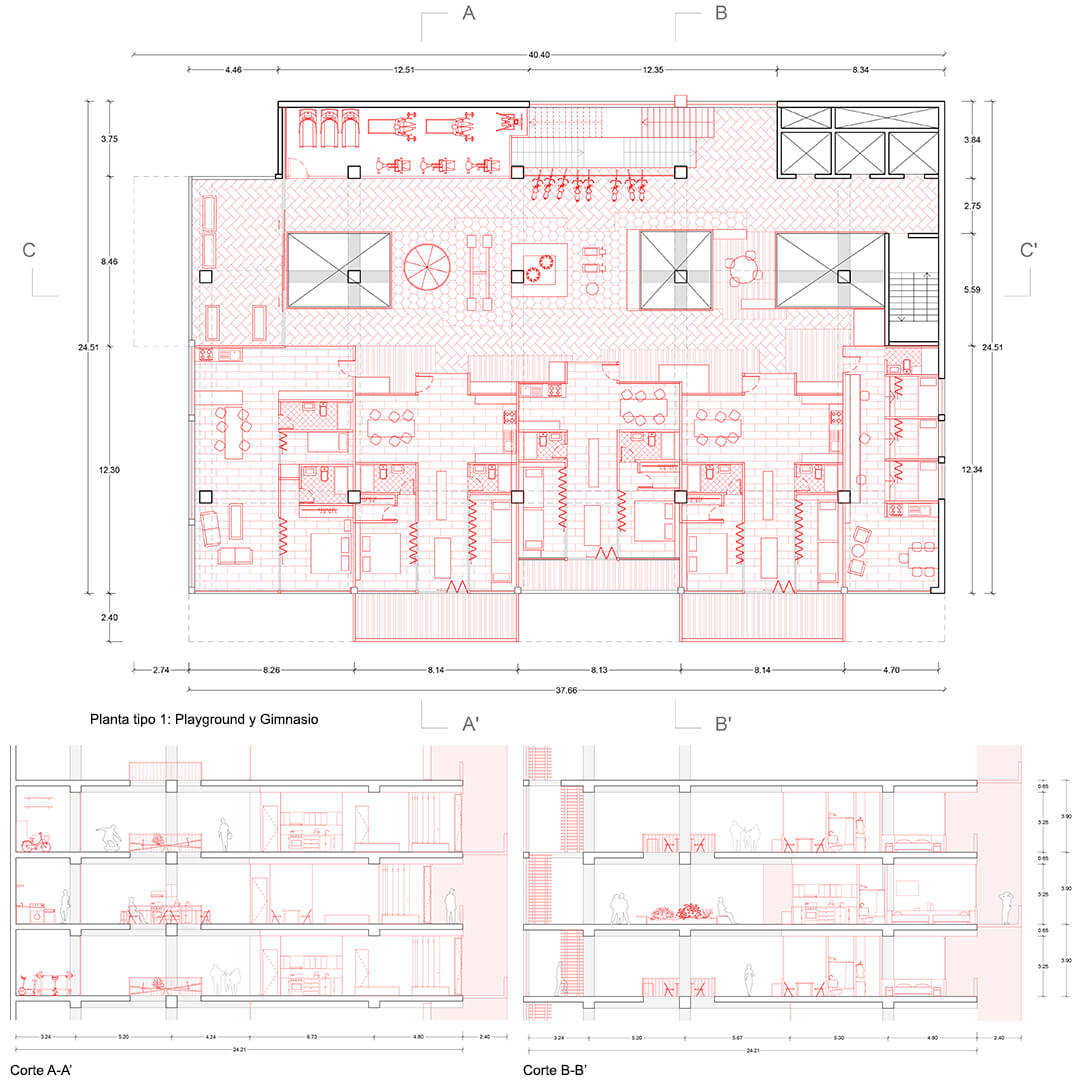 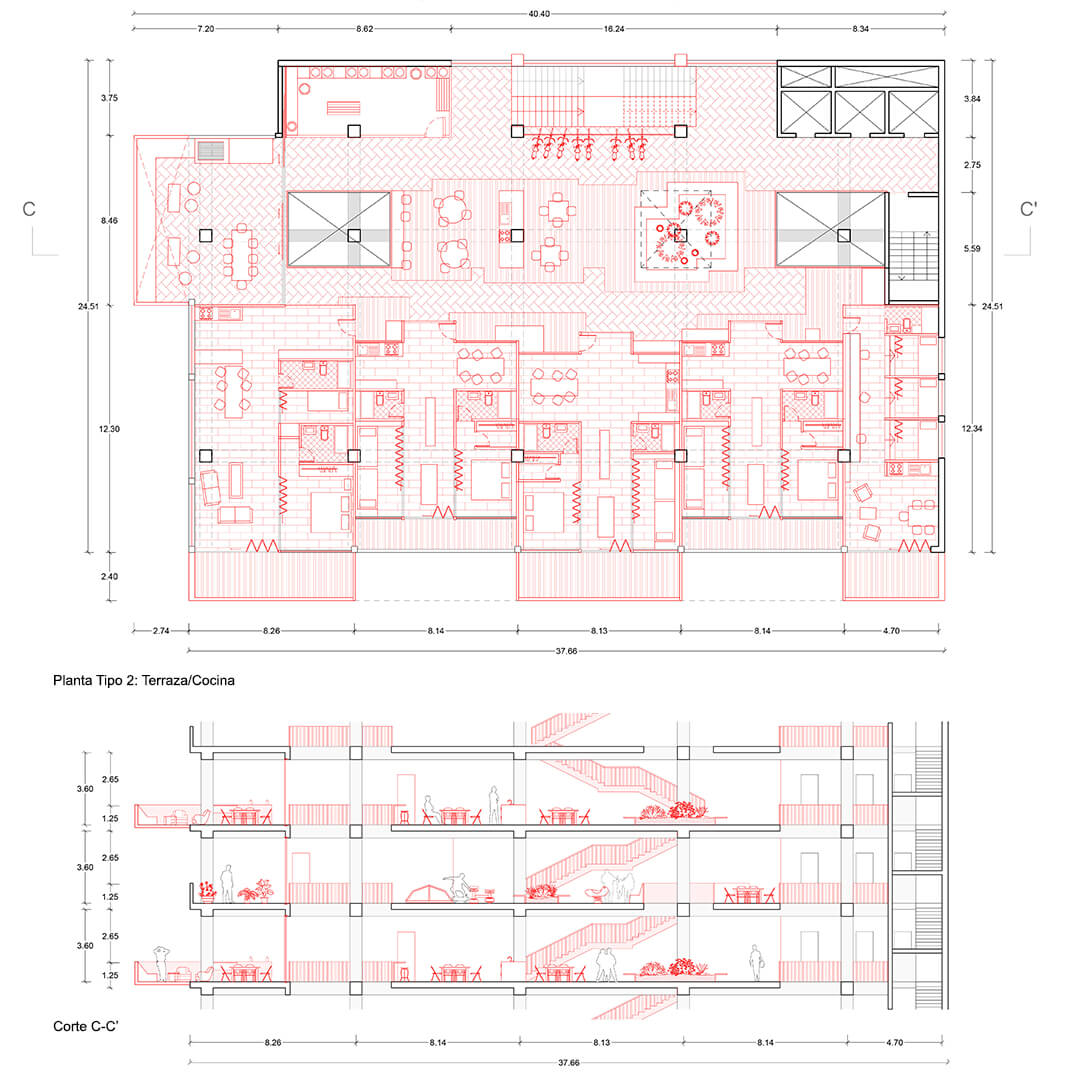 A balance was sought between the concepts and attributes observed in the own rooms and the original building, reaching a gradual evolution of the project in which a transformation of the scales was found where the building summarized an idea of a neighborhood, which is why he called it OmniDomus, House of / for Everything / s. For such neighborhood / building, the heterogeneity of interactions and users was chosen, so three types of departments were designed for three types of users: 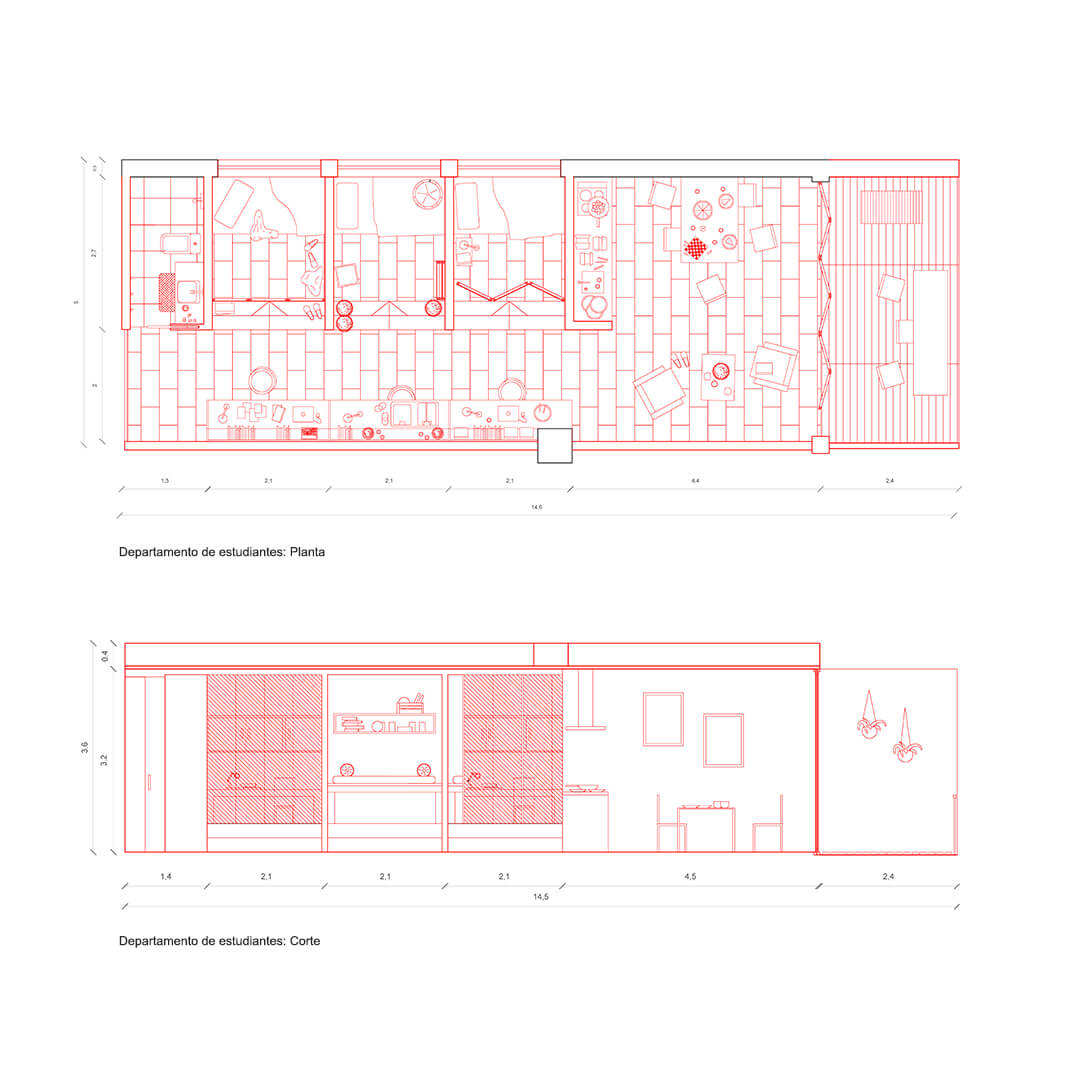 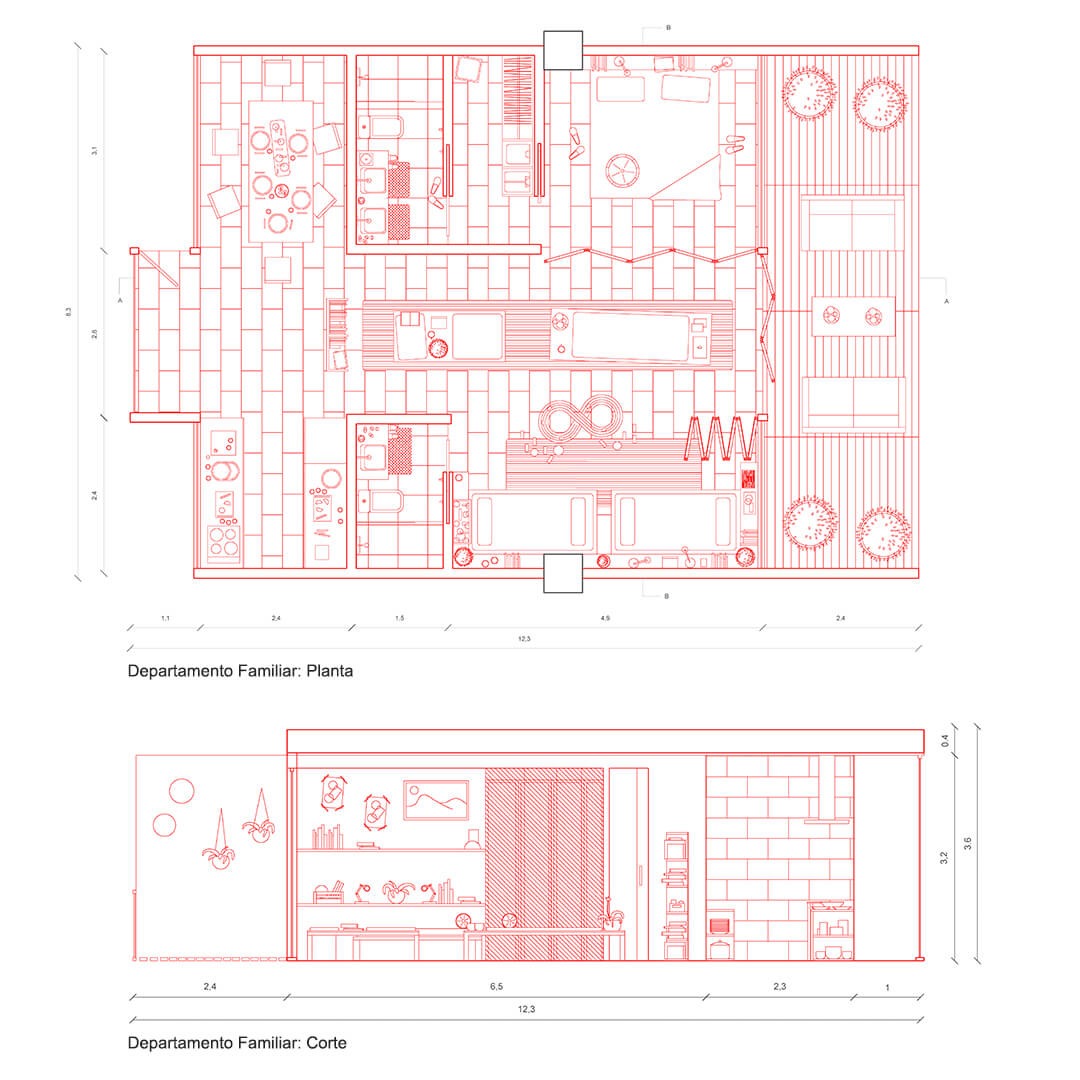 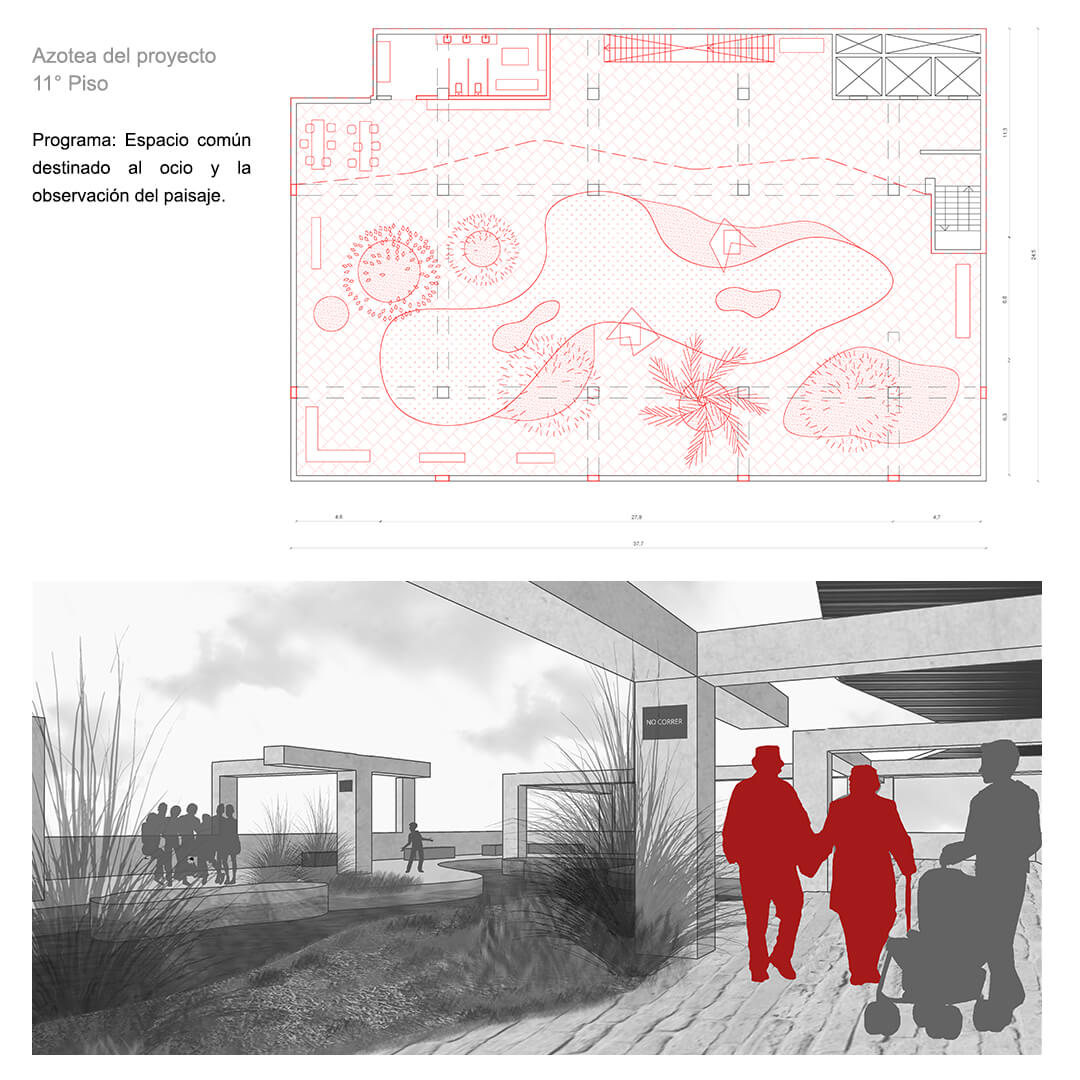 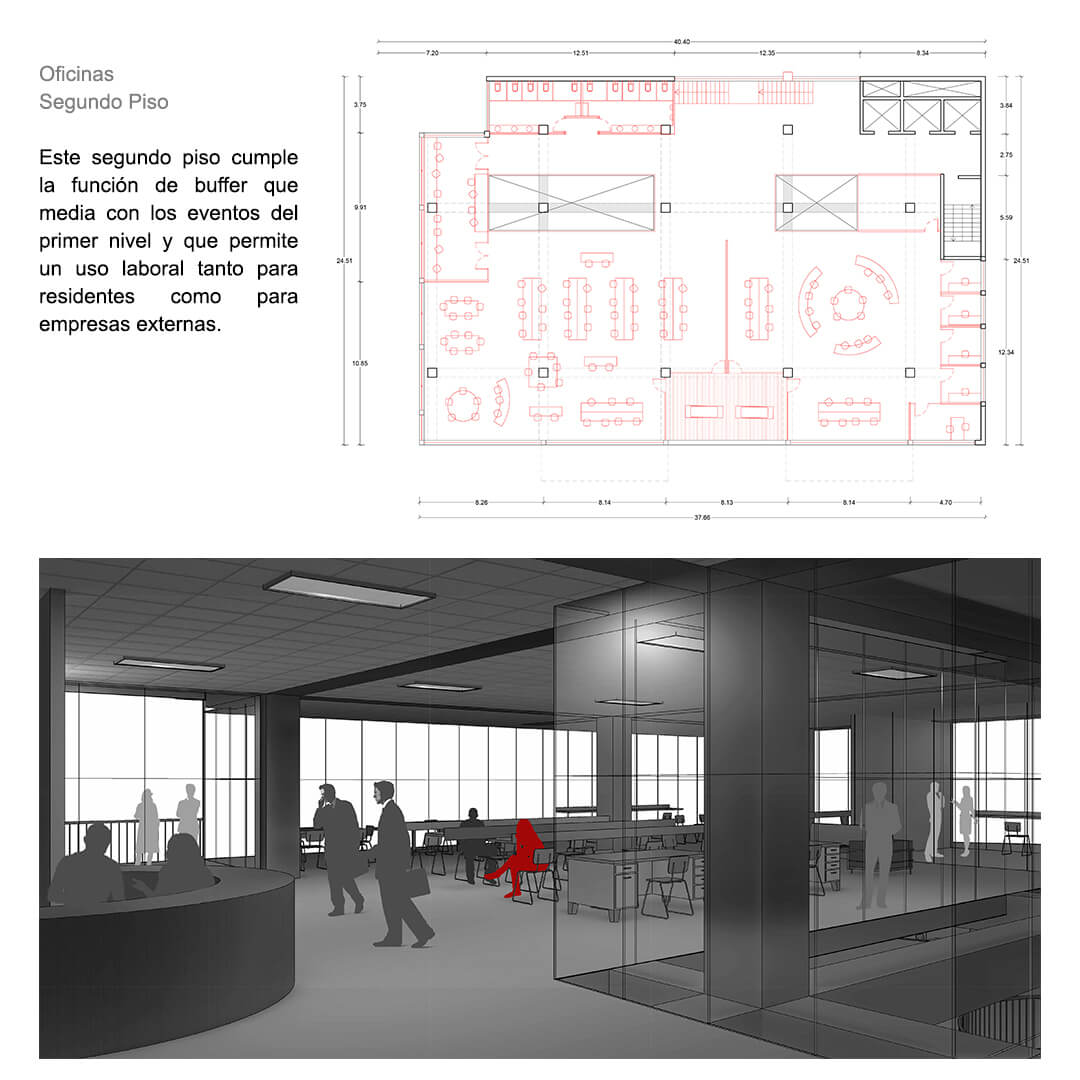 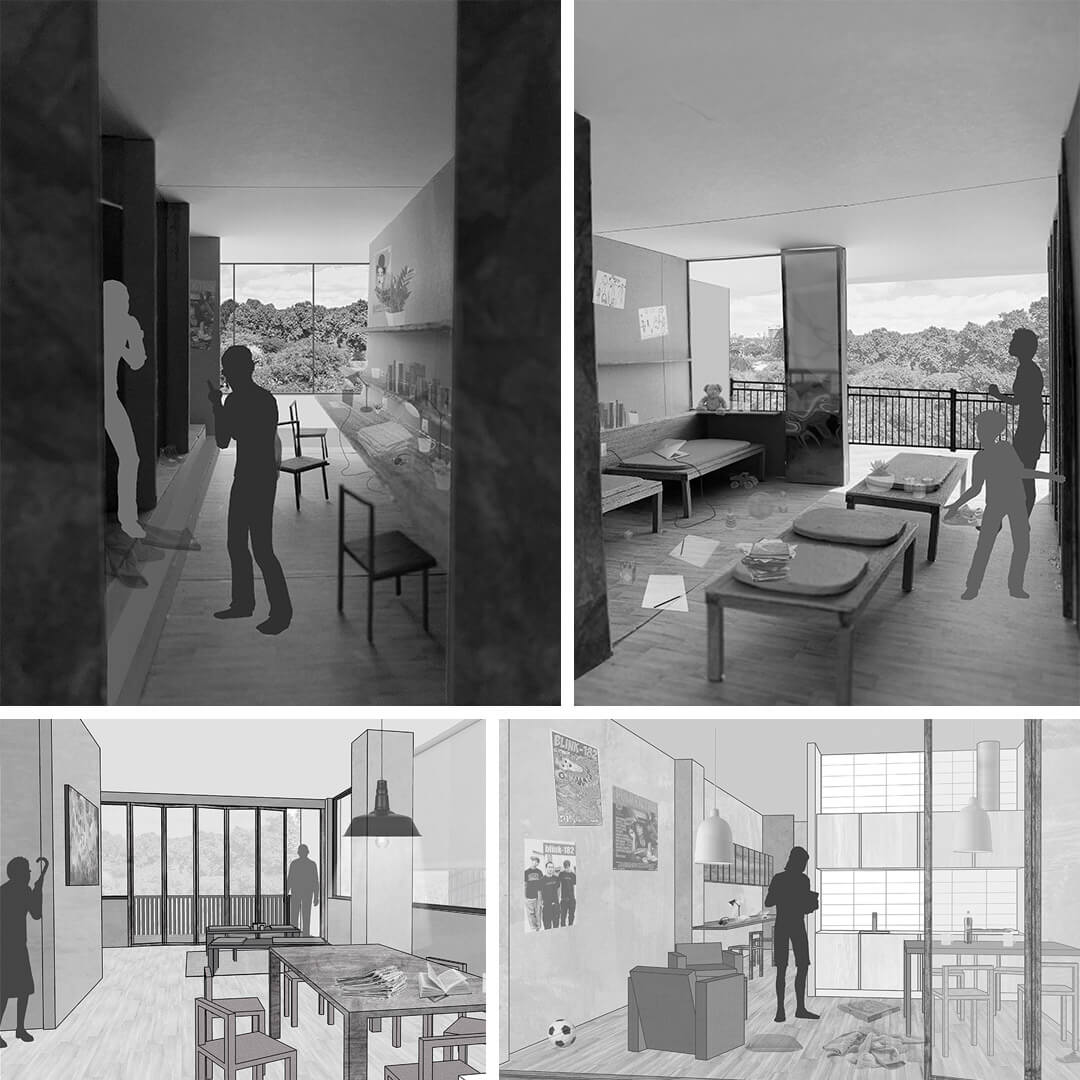 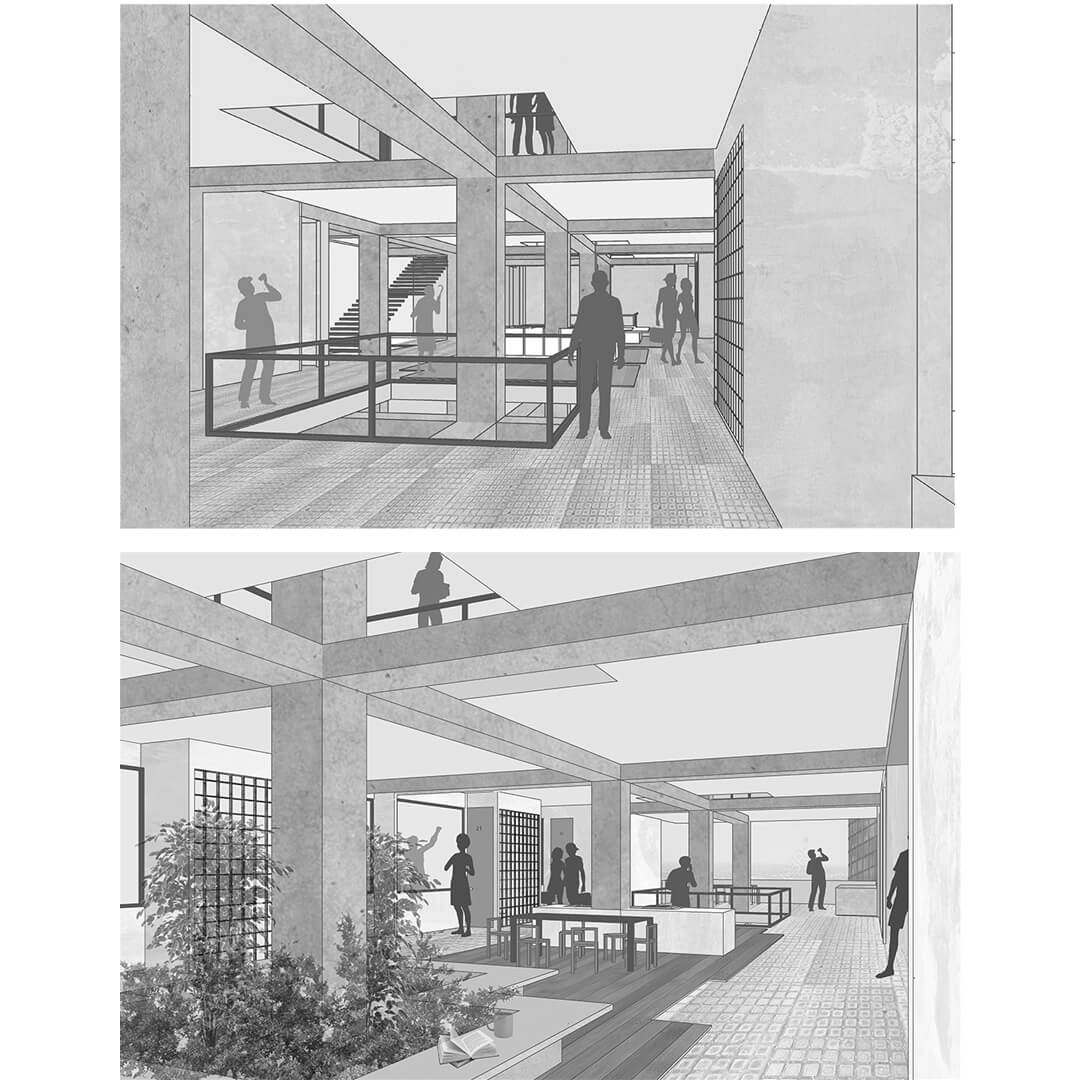 In such apartments, the concepts were more clearly established: through different elements such as windows and casement doors, the limits of the spaces became diffuse, and through the use of clear windows facing the outside and opaque windows towards the outside. the interior is that the visual transfer of two landscapes of different scales was achieved without losing the privacy of the residents. To strengthen the autonomy and heterogeneity of the building, two standard floors were designed with different programs and uses that were interspersed in order to produce more interactions between residents. Some of these programs are: gym, laundry, warehouses, common kitchen, common living room, terraces and playground.

In addition, three floors were designed with different programs from the rest: 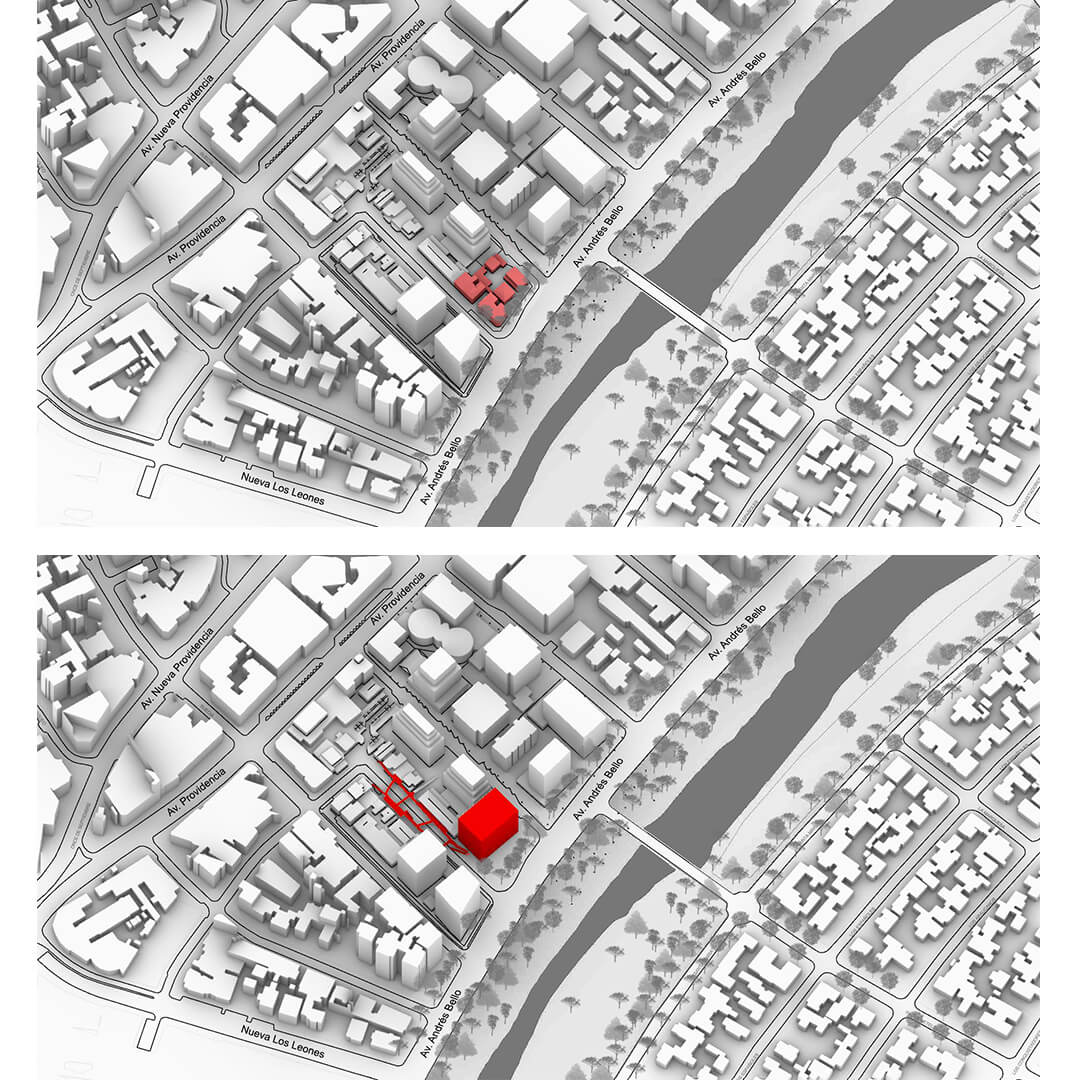 The project was located in Providencia, a heterogeneous area in terms of uses and morphologies, both existing and permitted by local regulations. The chosen property is located next to a pedestrian street, Gral. Holley, where there is a great variety of commercial premises, in order to enhance the character of this sector, a commercial walkway was designed to connect with OmniDomus. The projected building seeks to create a balance in the morphology of the sector, where the large office buildings are located in front of Av. Andrés Bello. In this same location, the project is oriented towards the north, thus capturing natural light for the apartments and the view of the landscape composed of the Mapocho river, the parks attached to the river and the San Cristóbal hill. As a reference to Georges Perec and fulfilling the objectives of the workshop, OmniDomus gave a displacement of the scales: 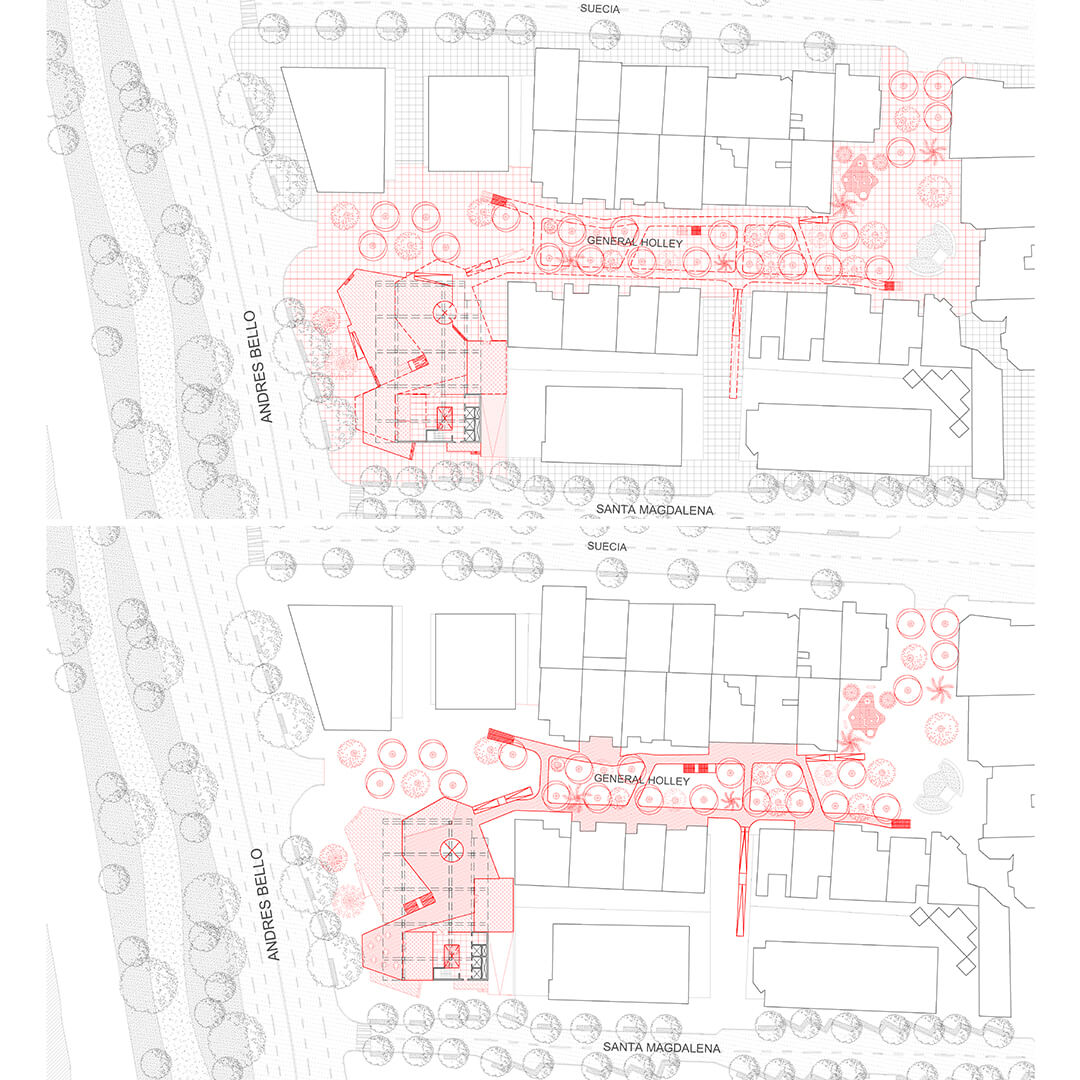 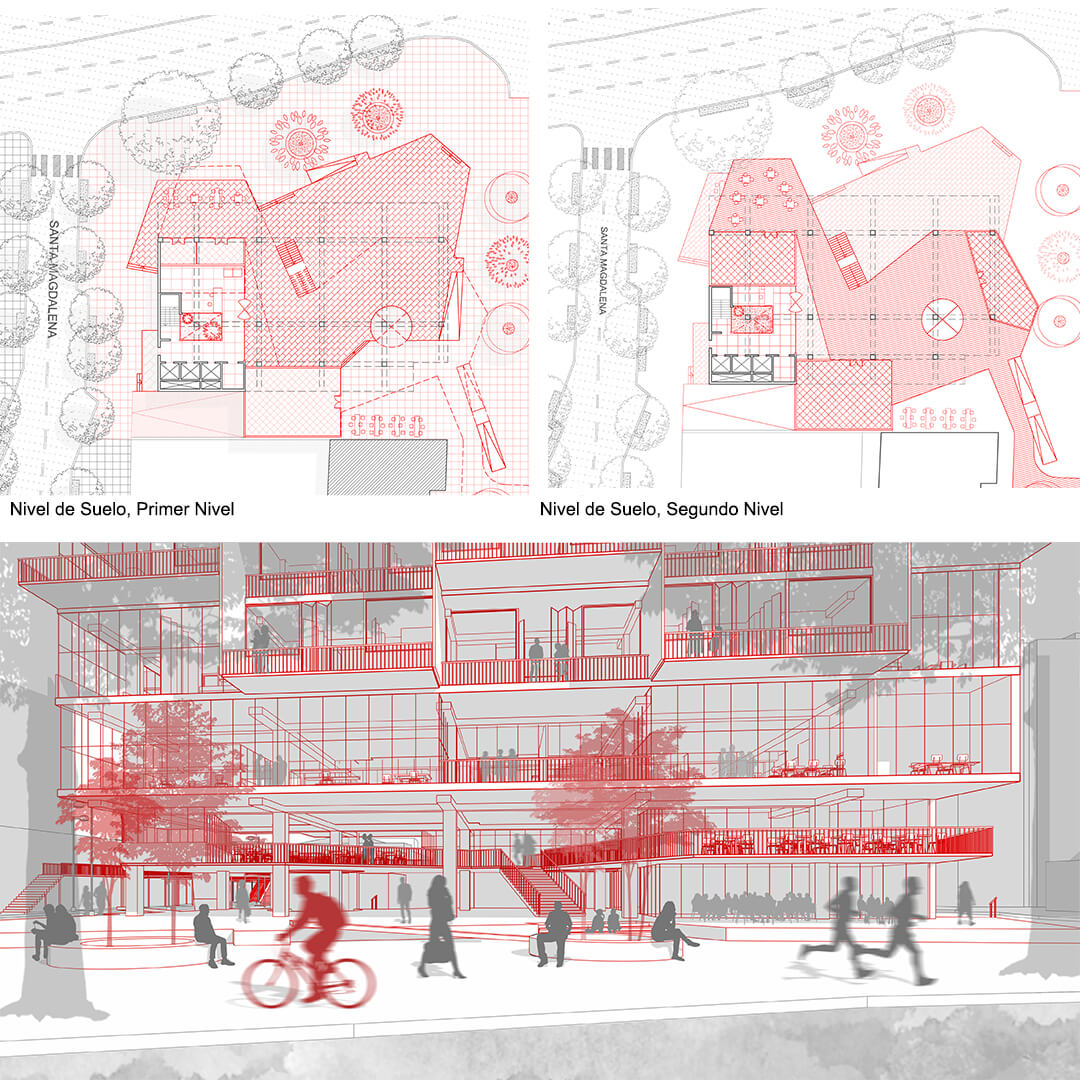 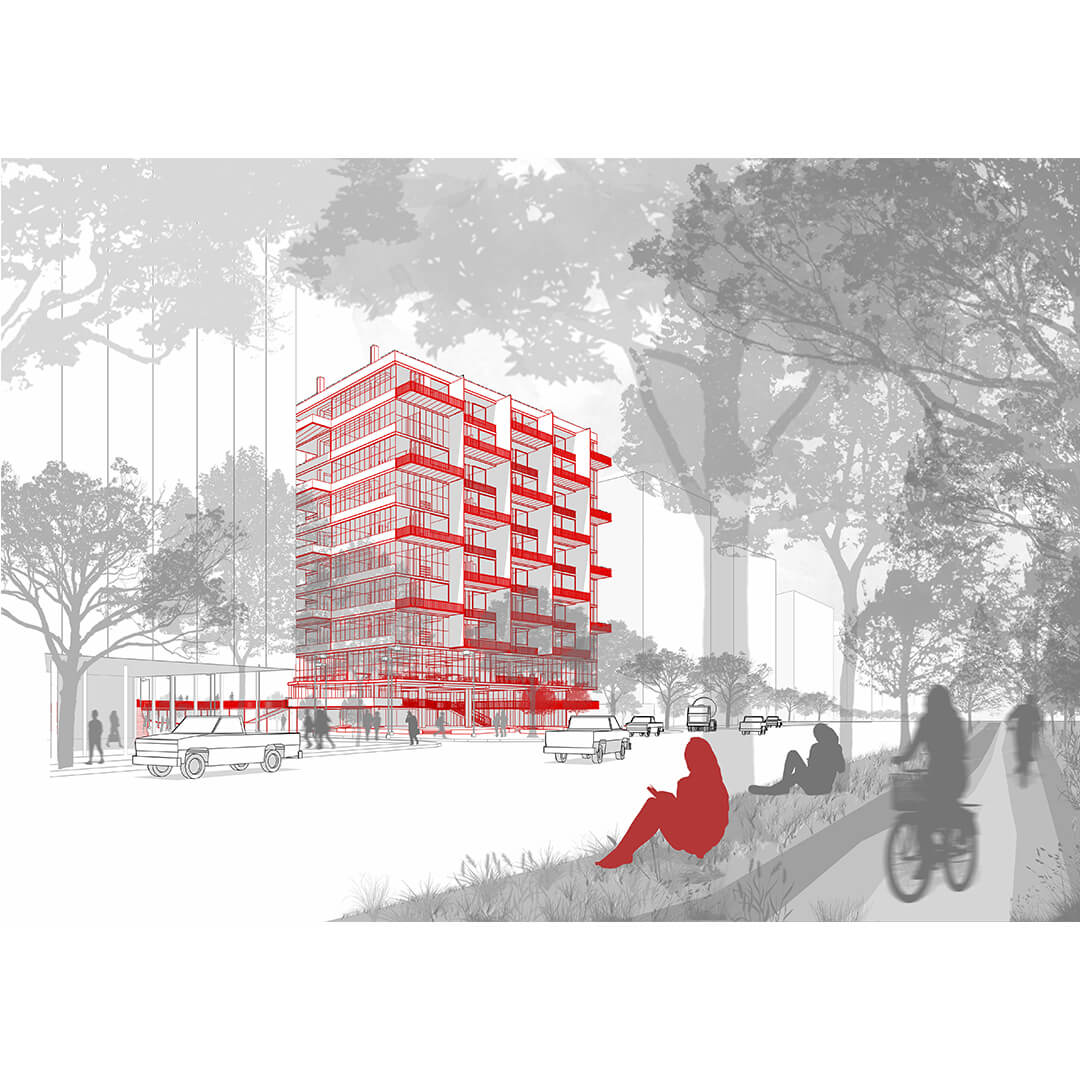 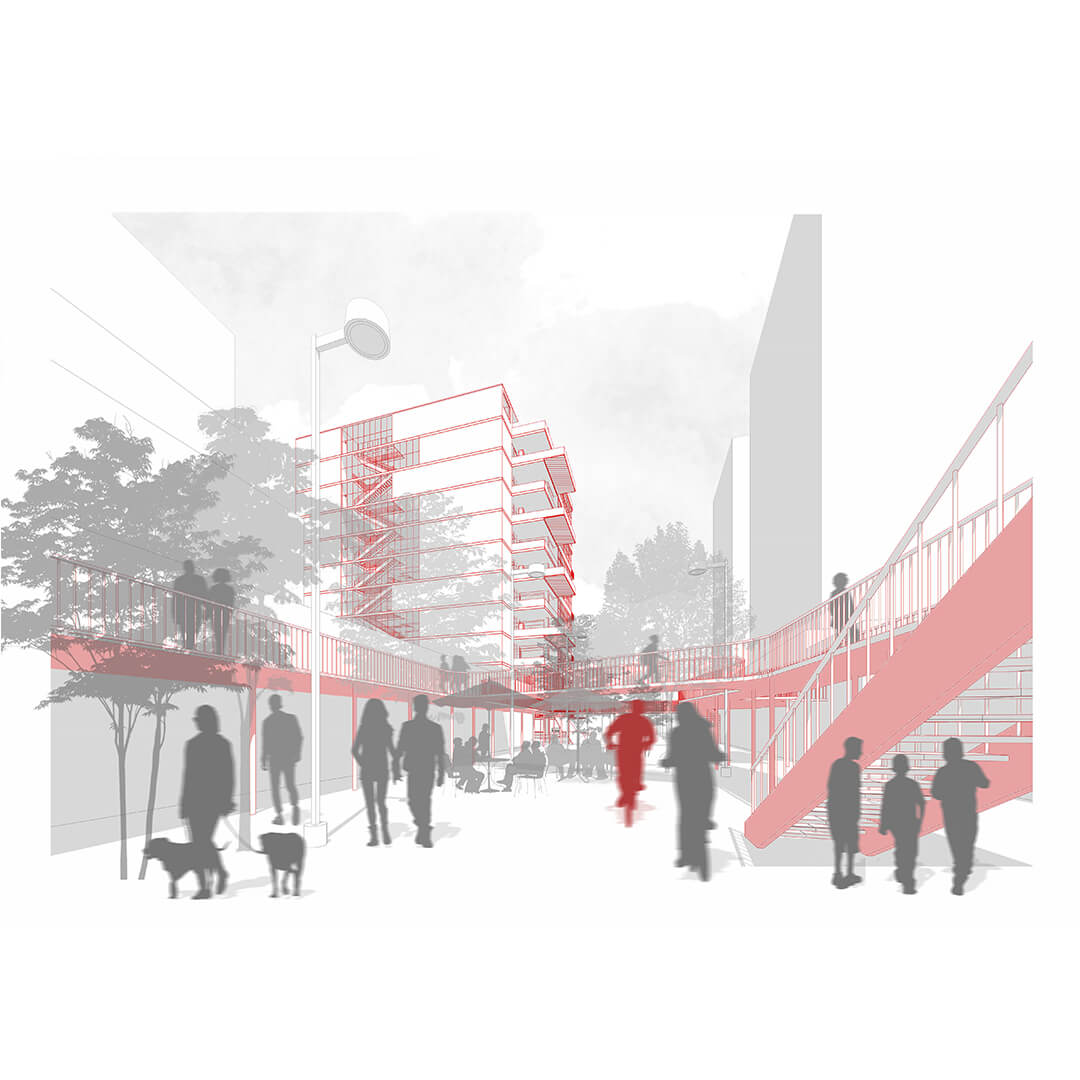 From the most intimate point that is the room, it has been given a more flexible character through its closures, folding doors, its relationship with the rest of the apartment and its relationship with the outside. The room is one, then it is a living room, then it is a terrace, and it ends up being one with the entire apartment. The apartments became houses with their respective garden and front garden where the existing landscape, community life within the home and neighborhood life observable from inside the apartments are integrated through the variety of translucent and opaque windows. The common space now is the street, the neighborhood. It is where chance encounters arise between pedestrians or residents with various destinations. It is that square where children gather with their family and friends to play. It is that barbecue or cafe where one rests after work before returning home. 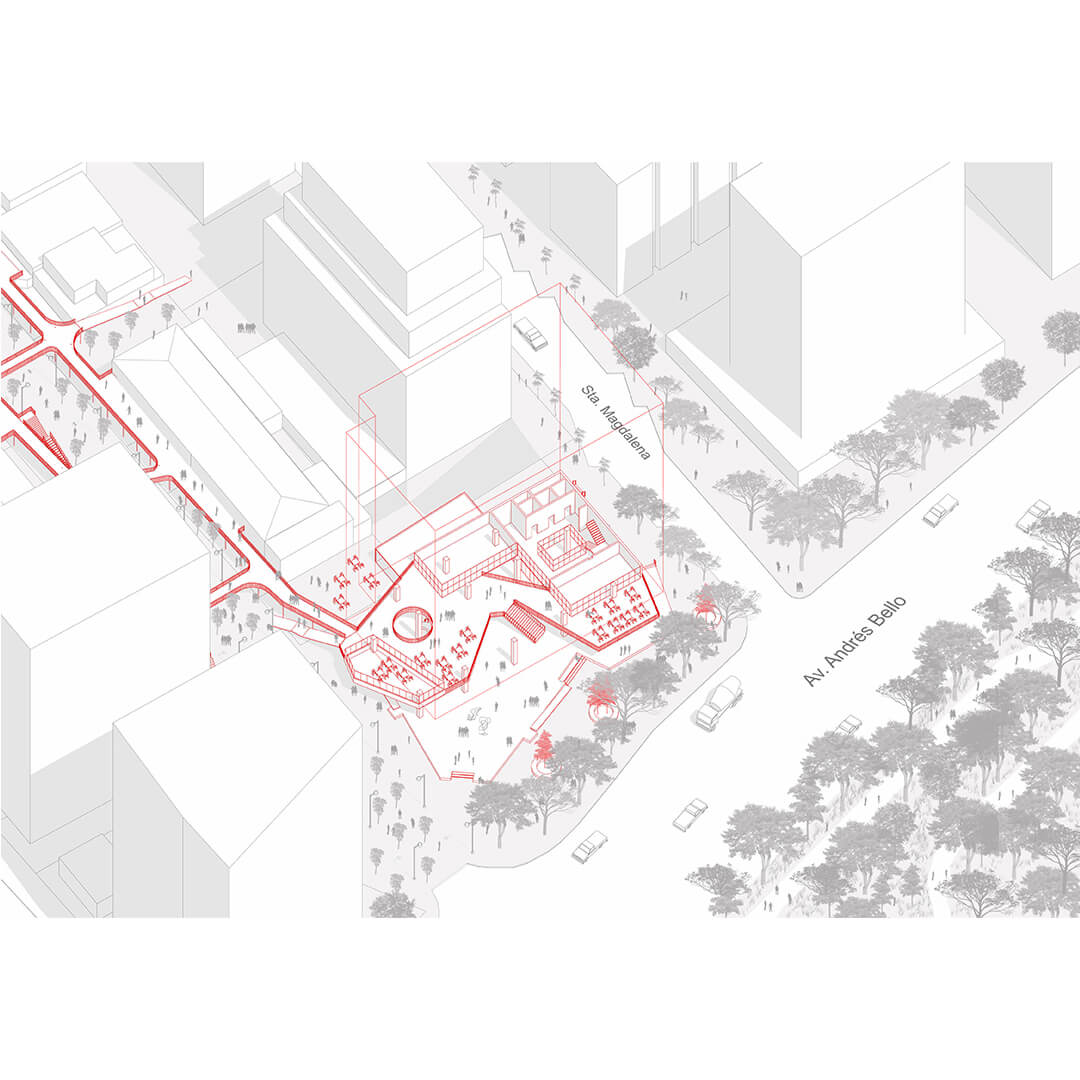 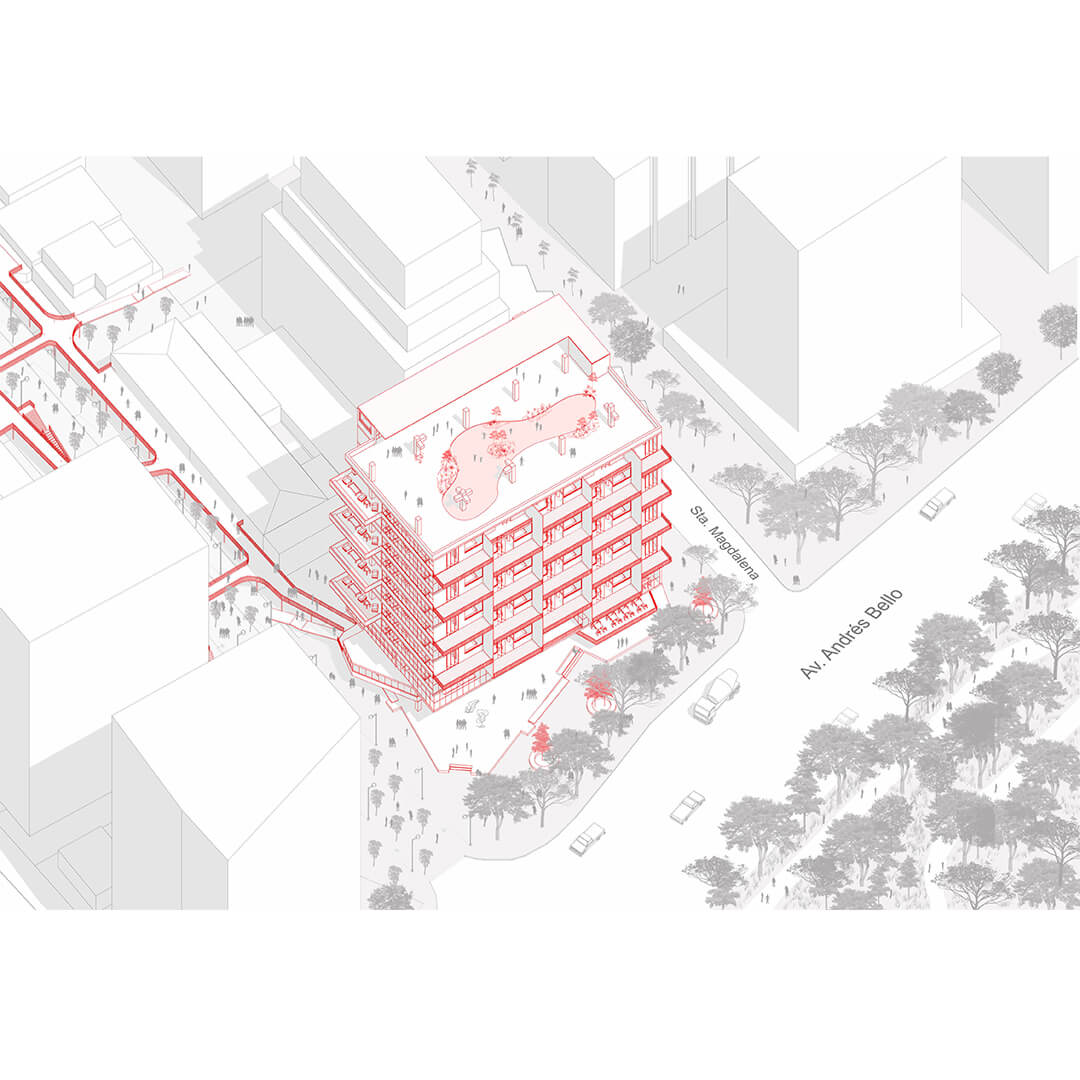 The building became a neighborhood, with different users who inhabit it, different programs that compose it, and different degrees of interaction between all of them. Everything is not found in one apartment; users, depending on the program they require, will have to explore different parts of the building to meet everyday needs such as laundry or exercise. On the other hand, the neighborhood in which the building is located, although it was already heterogeneous, is now enhanced by the building and other interventions, thus becoming the “city” of the project.