The project redefines local typologies, such as the patio and the orchard, seeking to blur the transition between interior and exterior while accentuating its vocation as a public space. 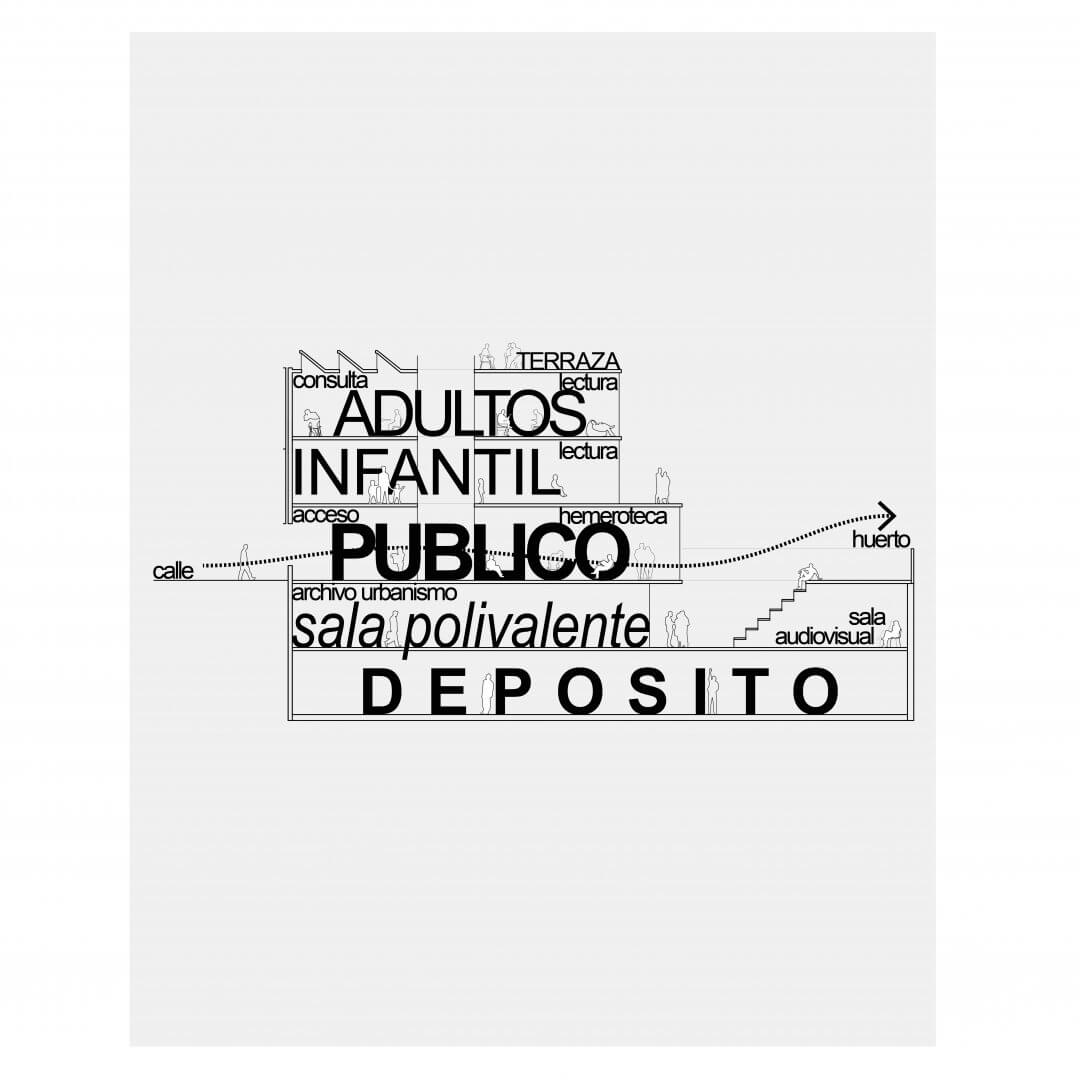 The proportion of the plot and the tradition of Nerja are a clear invitation to understand the project as what happens between the street and the orchard. In order to increase this feeling of connection, we plan to free as much as possible the protagonist space from the server spaces, those that allow the use of the building but are not the end of it. From this reflection arises the idea of projecting an inhabited wall that incorporates a large number of functions and from which the library space is projected. This programmatic band adheres to the dividing wall and contains all the vertical communication. It is part of the massive world. Its weight is matched by its structural function, since it is the only line of vertical support in addition to the perimeters in party walls. In addition, we consider it important that the access from the street and the exit to the orchard be done through this band, by means of an entrance hall and wait to the north and a shaded windbreak to the south, since these spaces allow a spatial compression that reinforces the transition between inside and outside. 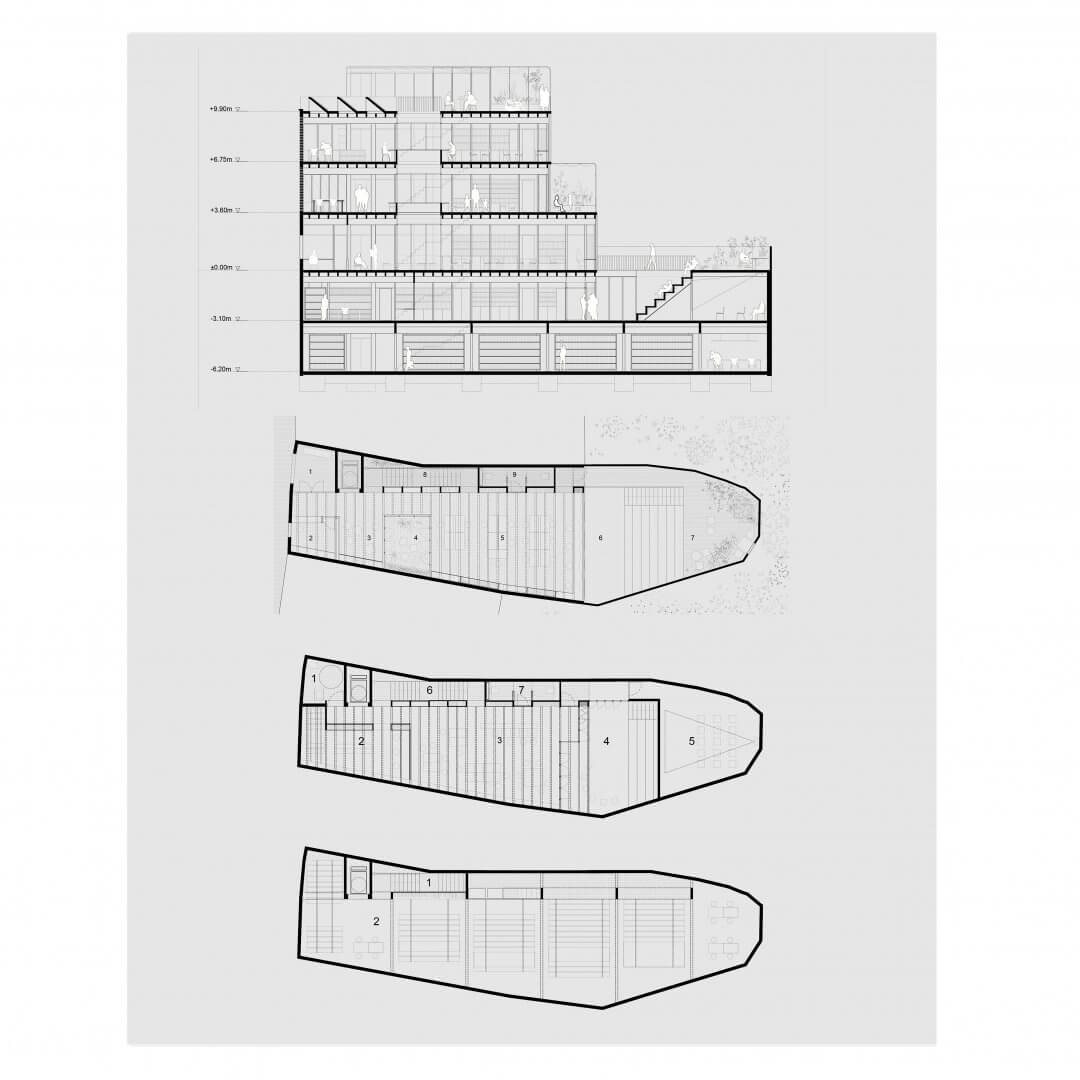 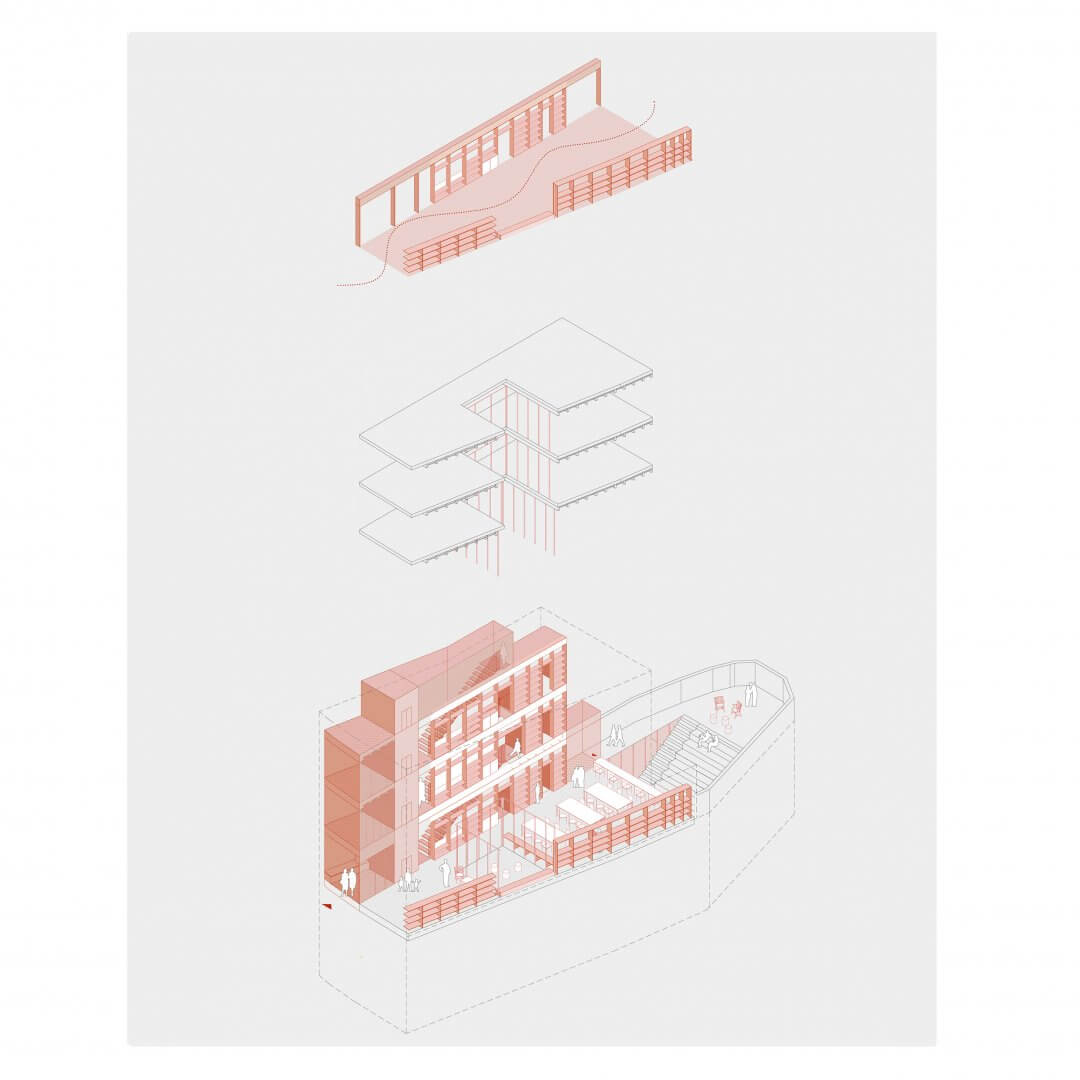 Thanks to this server band we can afford the light world by contrast. The freed space is the total protagonist. It can be visually traversed from north to south and the essence of the project resides in that transparency. However, within this spatial continuity we need to separate a noisier consultation area from a quieter study area. We will do it by means of a patio, because we understand that it is the ideal solution. 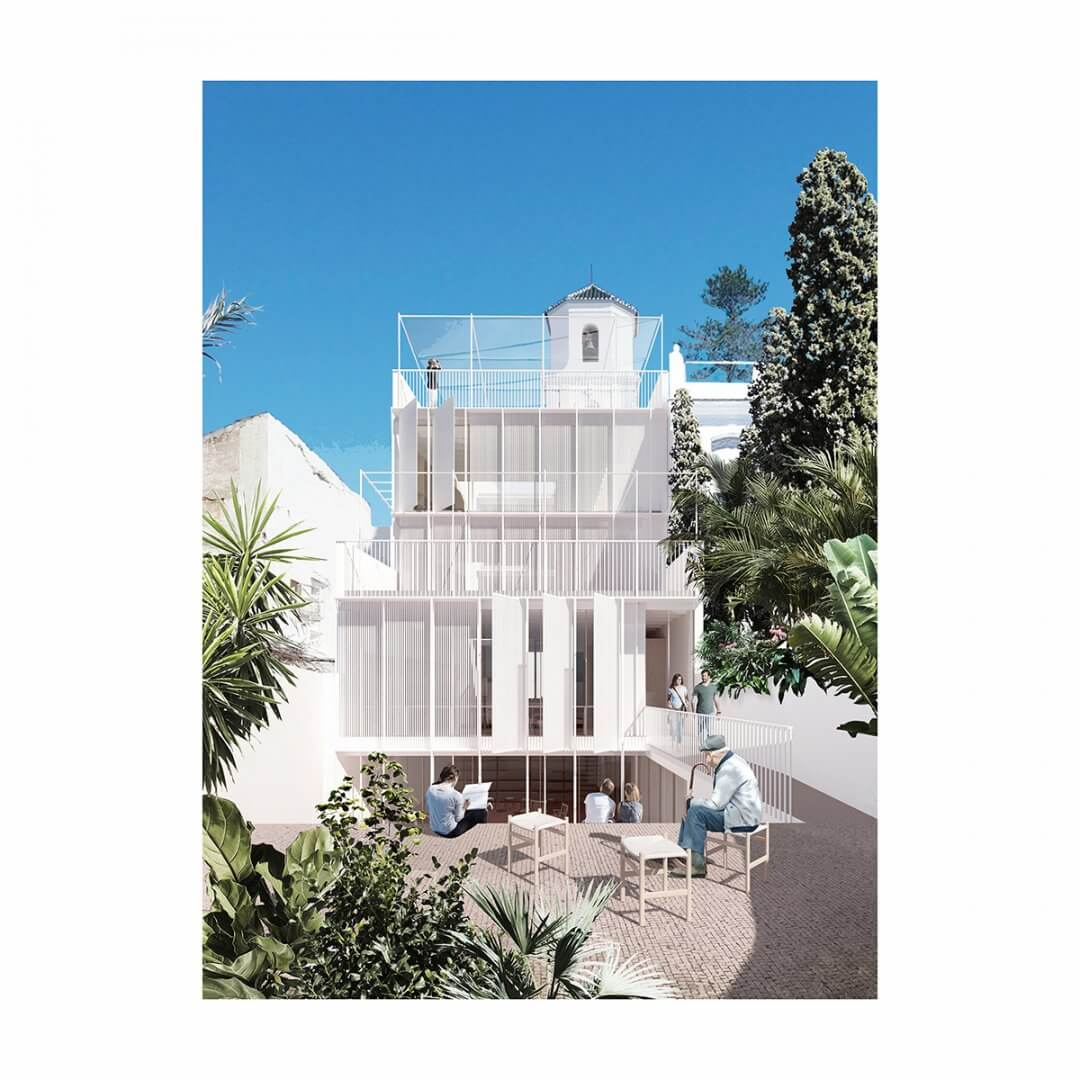 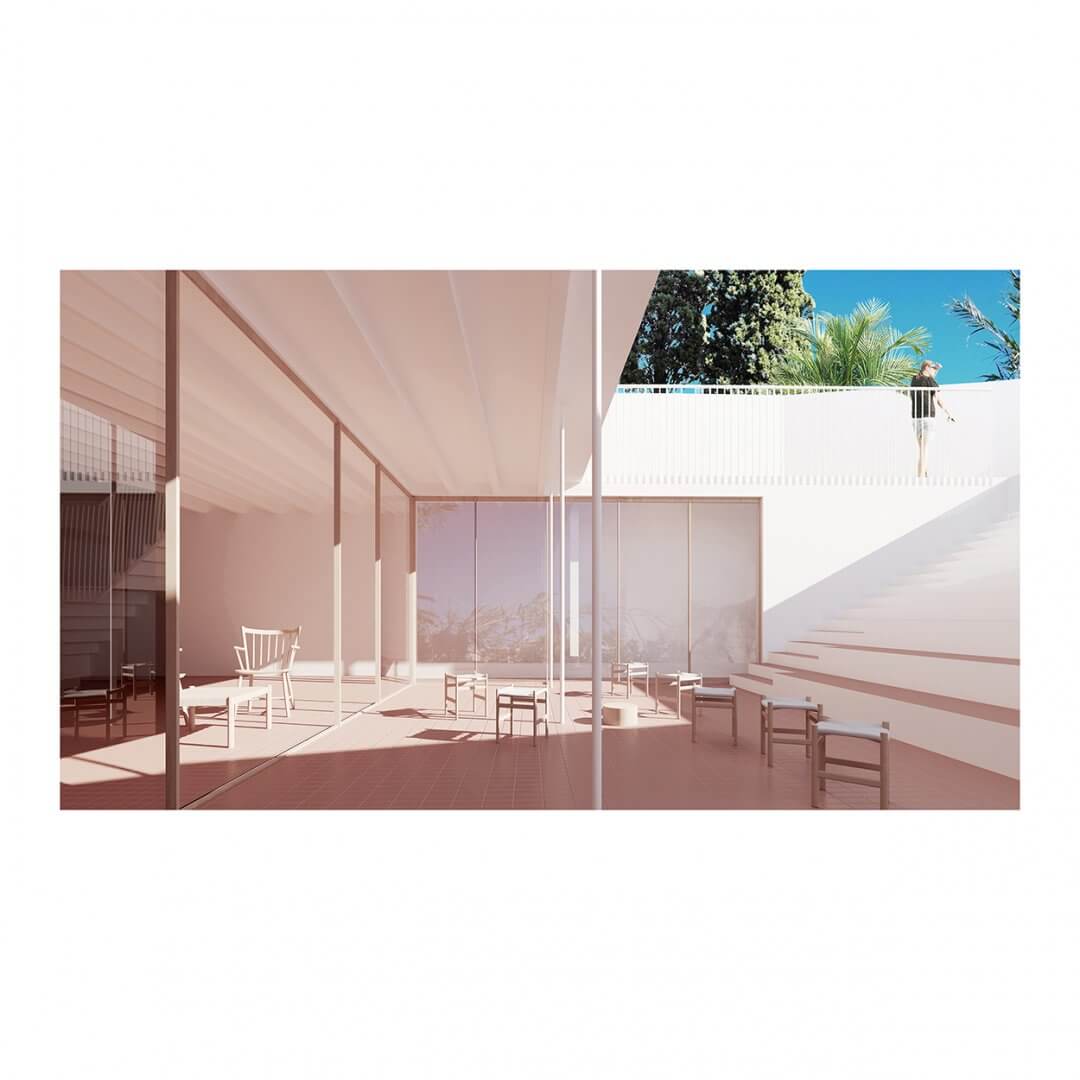 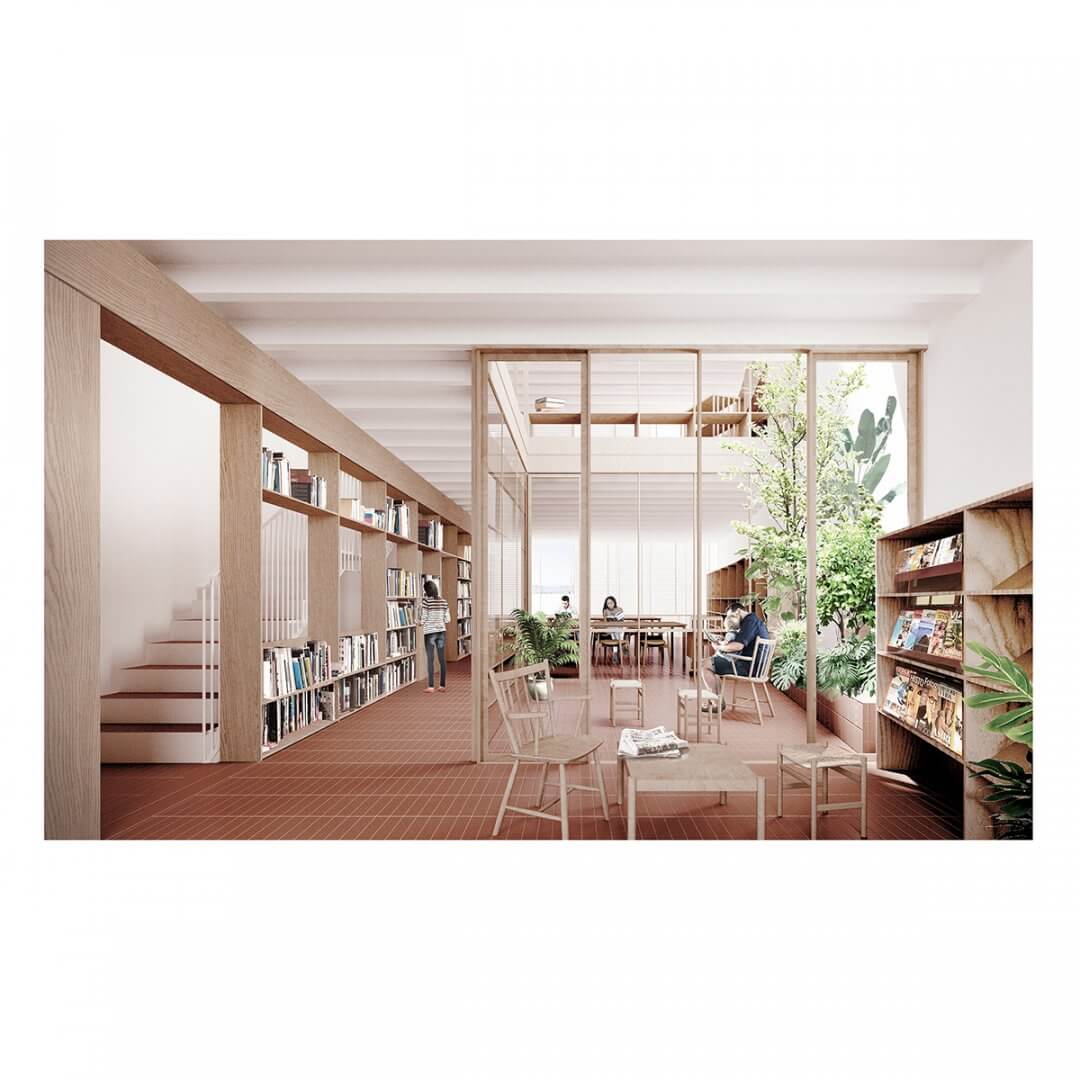 From inside the library, a perceptive ambivalence is generated, since it can be read as the most interior of the exteriors or as the most exterior of the interiors, since it is both things at the same time. The patio has three of its glass sides and two of them (the north and the south) can be opened, turning the entire space into one, in a continuous interior-exterior, on a threshold of 19 or 16 meters deep, which allows us to separated from the expected orchard and the sea. In this way, the objective we have is the dissolution of limits, finding the phenomenological transparency of Rowe and Slutsky and thus articulating spaces with their own entity that interpenetrate and overlap. 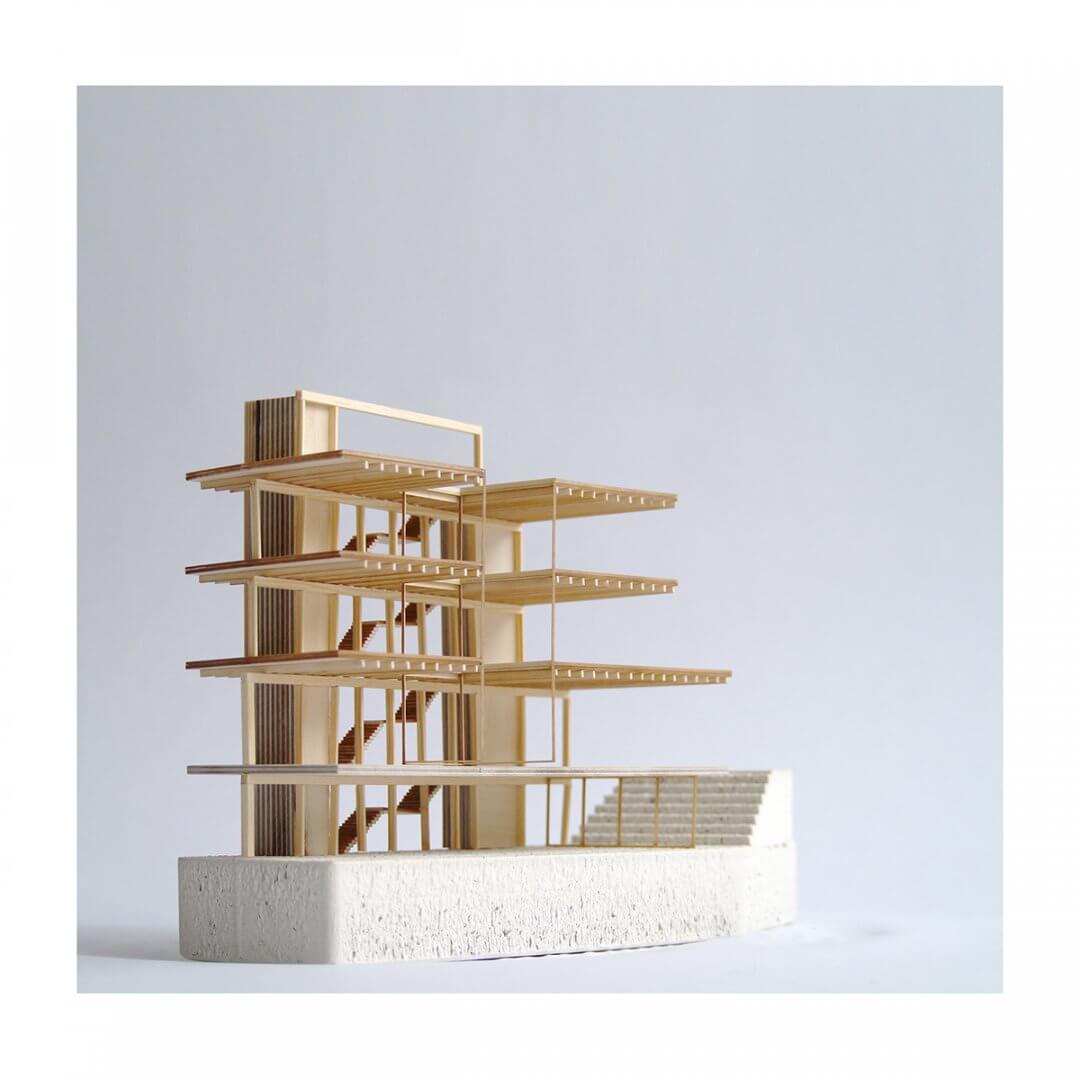 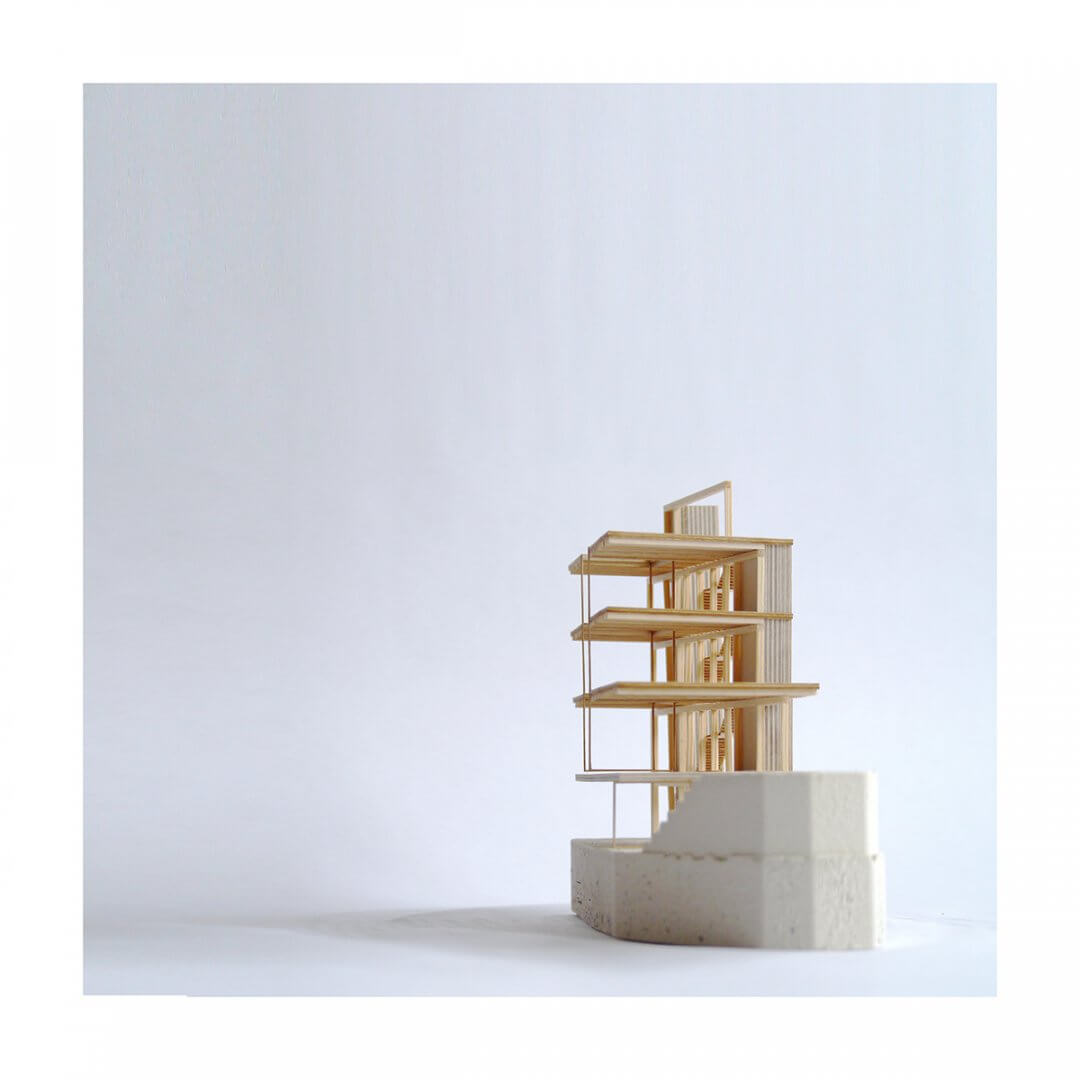 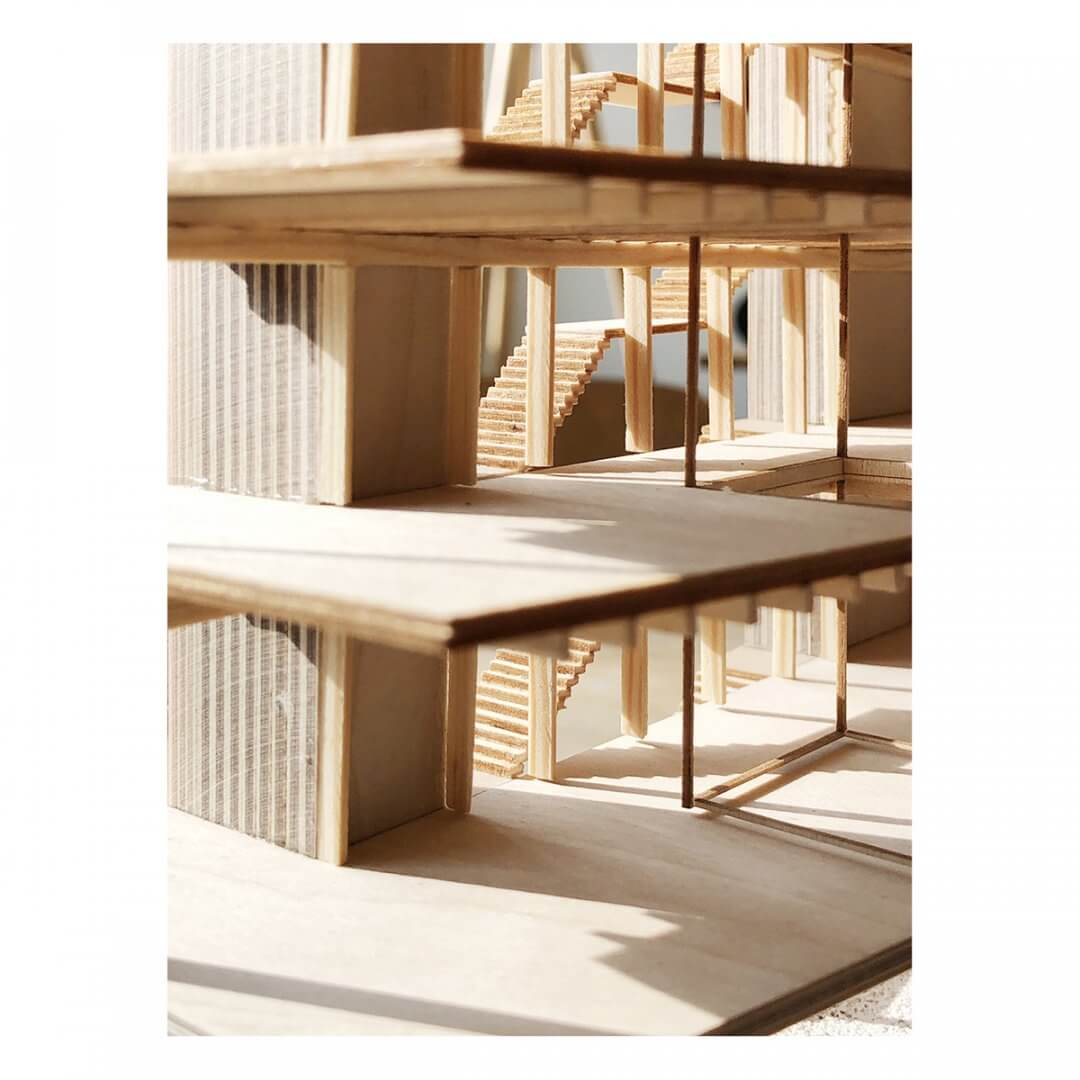 But it is that in addition to separating atmospheres and intersecting rooms, the patio is a solution that helps the thermal functioning of the building. It fulfills the function of cooling in summer, generating a pocket of warm air in winter, guaranteeing cross ventilation… We are not discovering with this the new sustainability, but we are picking up the baton of our Andalusian heritage, accepting the wisdom that the patio tradition carries with it .