The modular project that is presented is based on certain fundamental concepts that determine the final form of the module and the grouping of an indeterminate number of these.

Firstly, and as an objective of the work, it was wanted to redefine the concept of what is public space and what is private, that is why dividing walls have been excluded, and nowhere has been opted for large openings in the form of floor to ceiling windows. 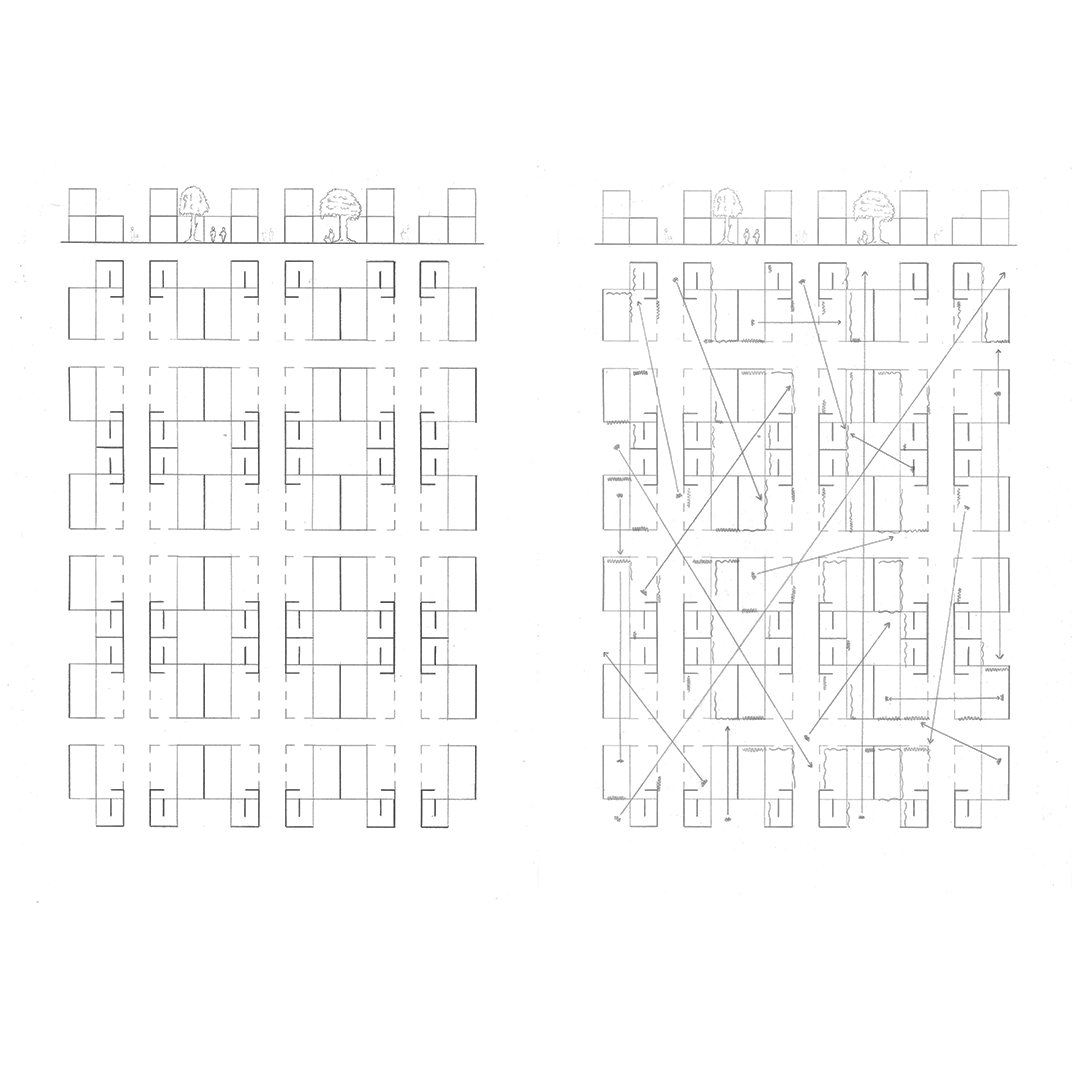 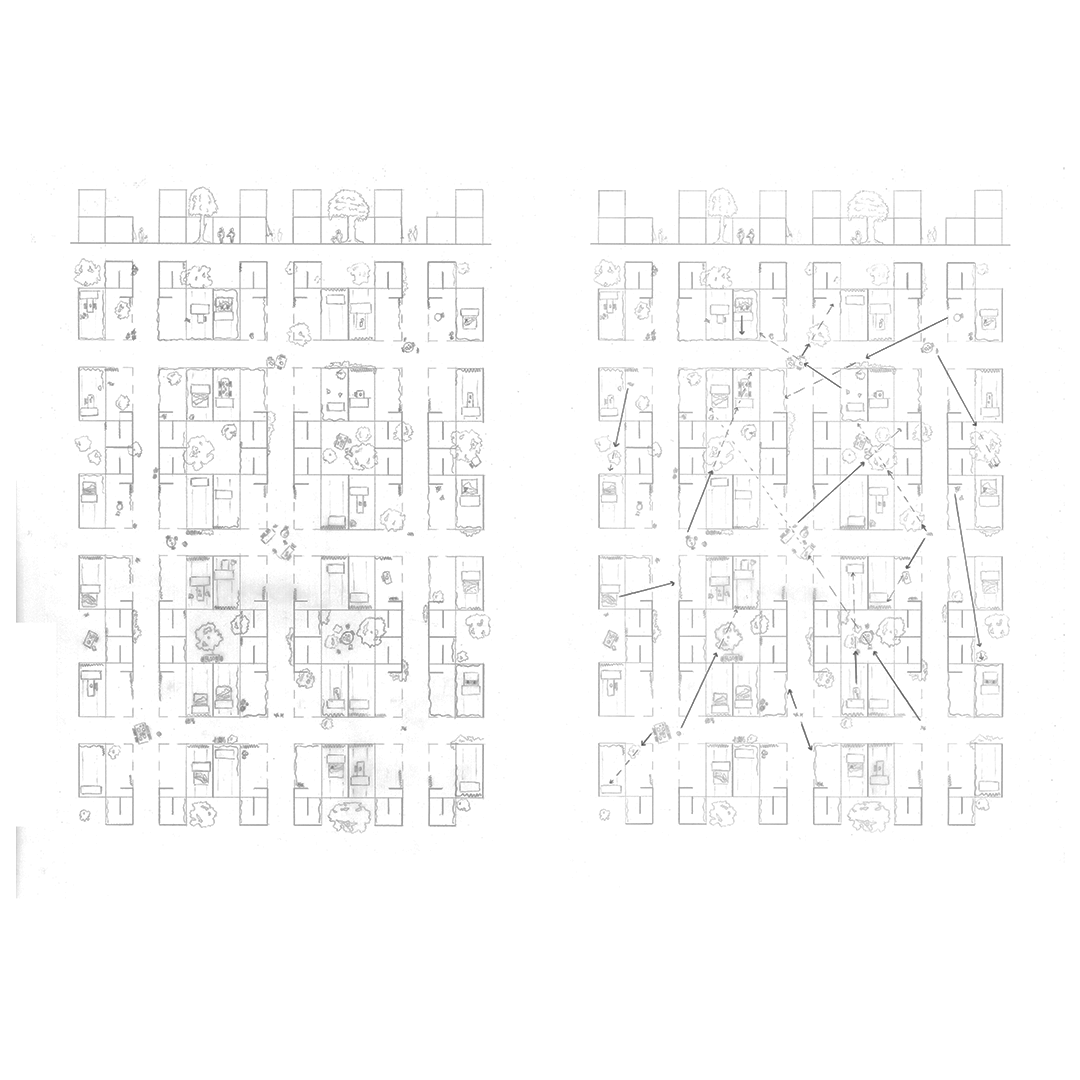 With this, a diaphanous space is achieved in which the visual limits of what is private and of the module, and what is public and of all modules, is not entirely recognizable at first glance. This literal transparency runs into a second key element, the curtain, or rather, three curtains: a first that delimits the garden, and can make it public or private, a second curtain that covers the study / living area, and a third that covers the sink. With these three vertical elements that can be displaced horizontally by each module, we managed to break the literal transparency and create unresolved tensions along the infinite horizontal plane that the glass walls previously provided us. 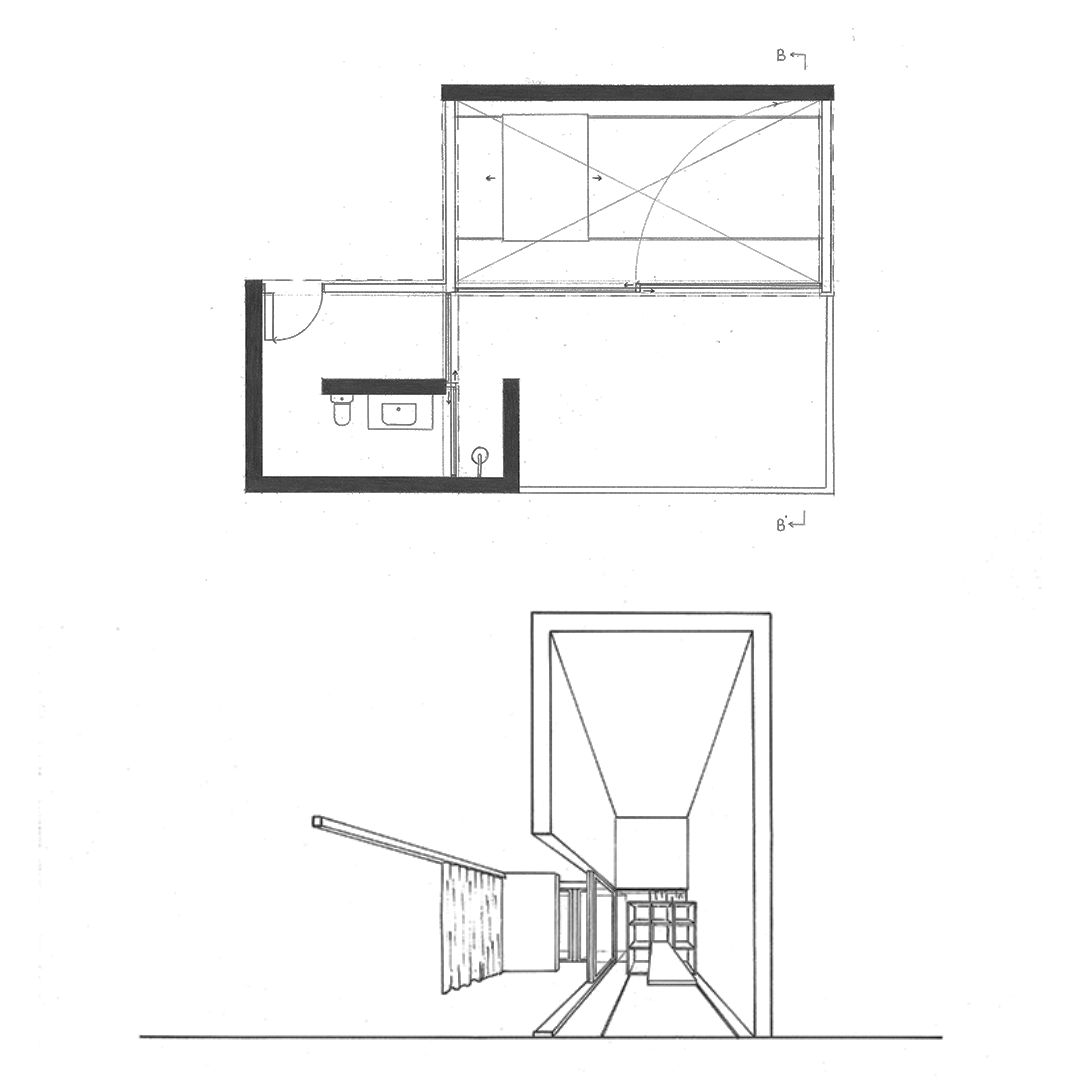 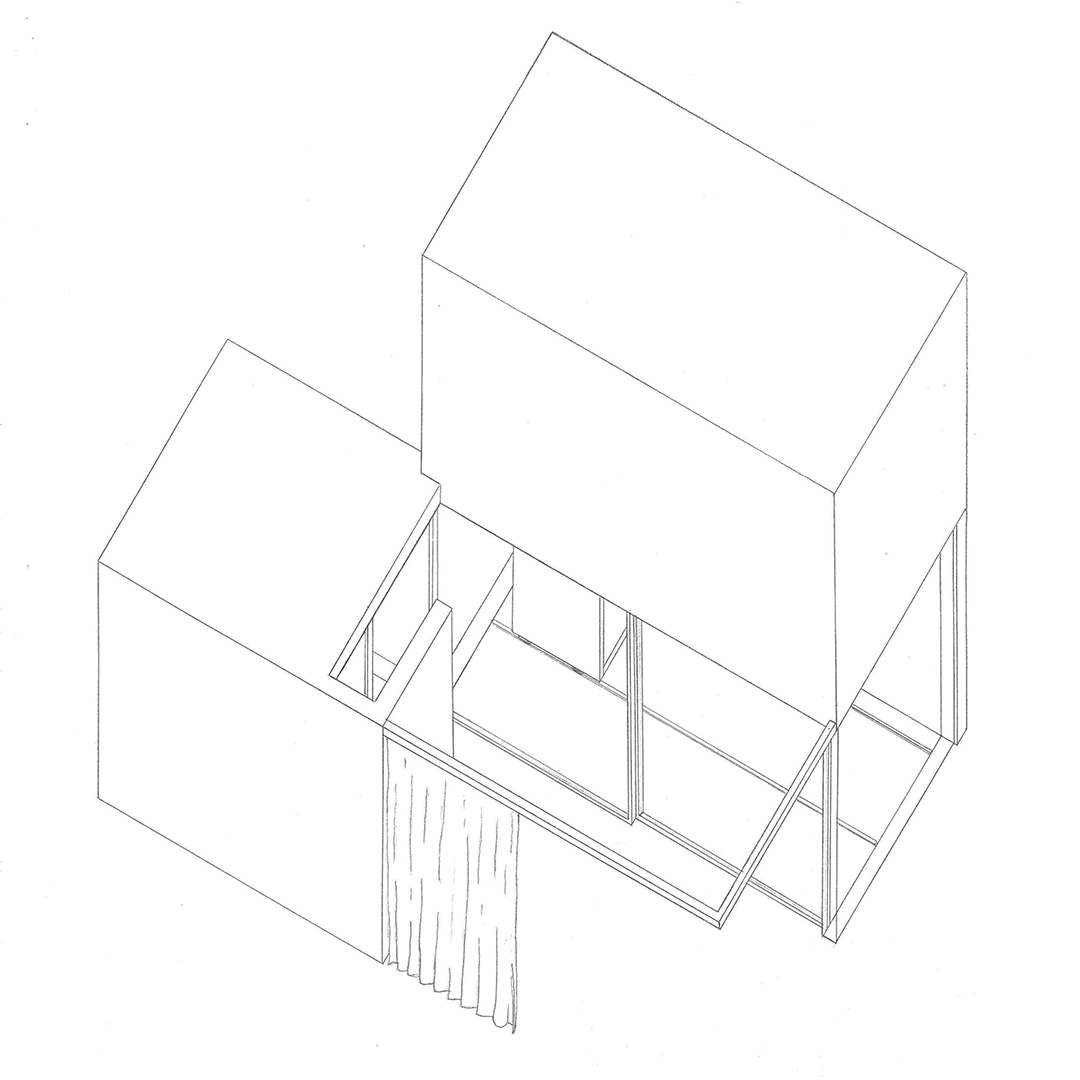 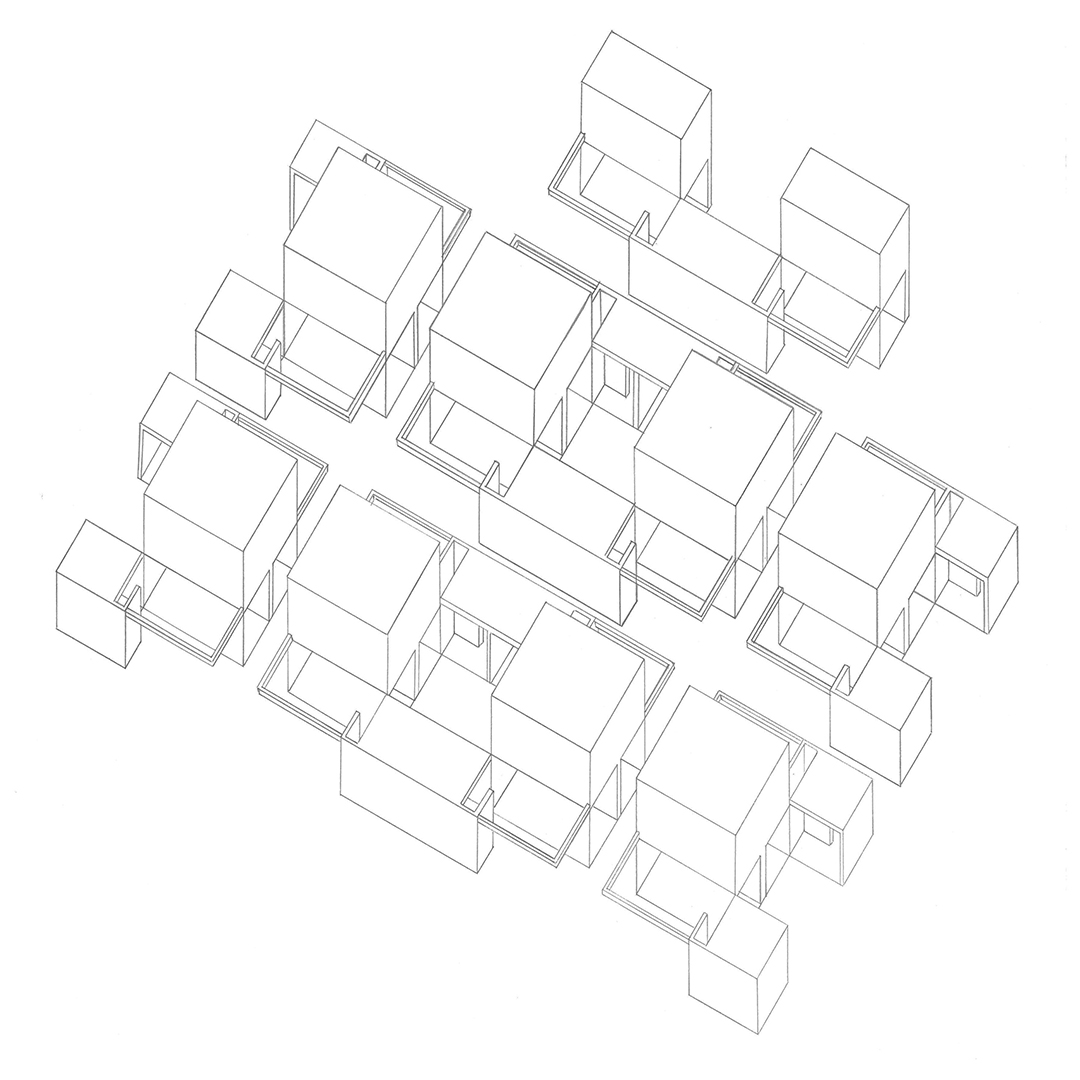 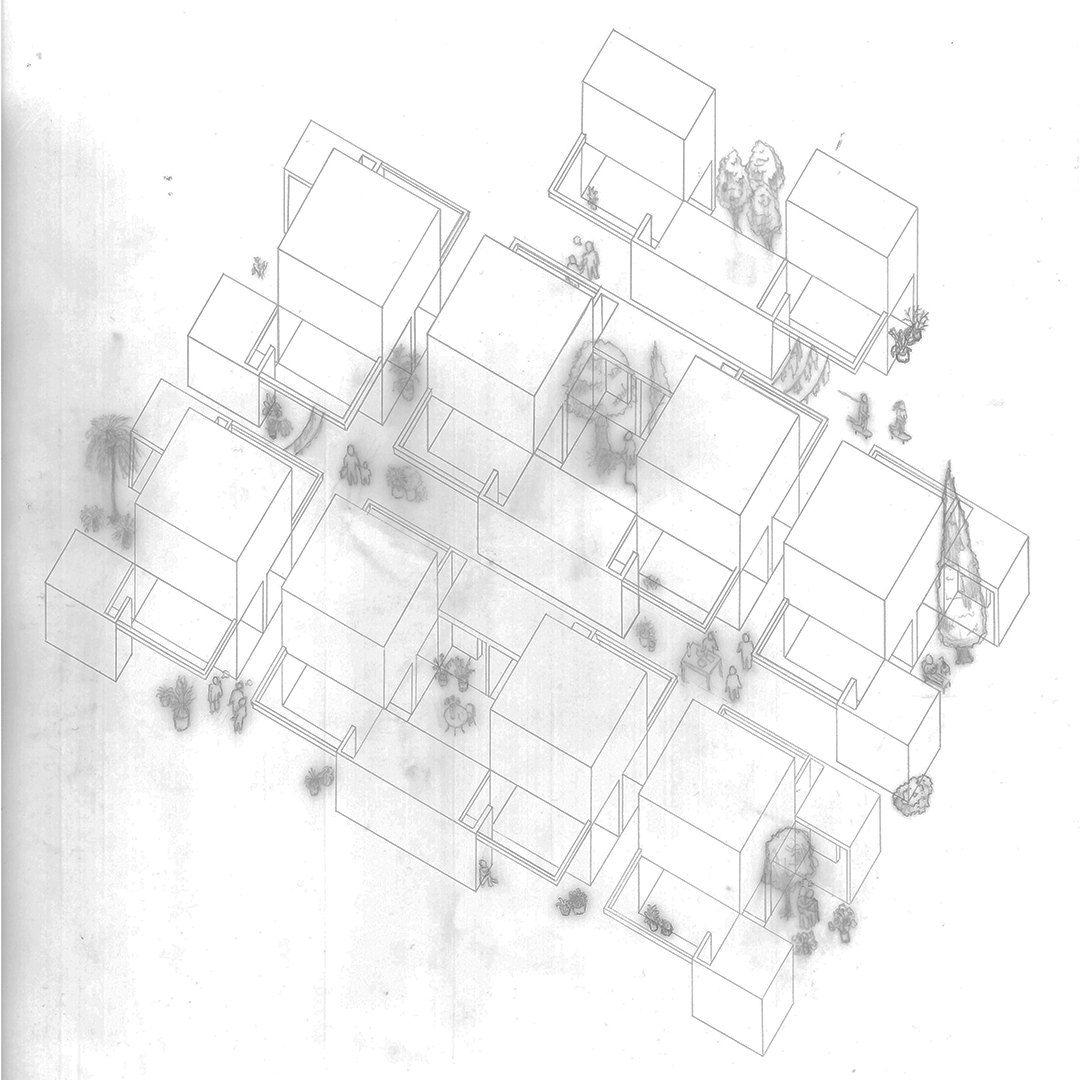 Thanks to the curtain element, we not only achieve this phenomenal transparency, but we also give the tenant the possibility to adapt their module according to the needs of the moment: open it to their neighbors or close it for themselves. How can it be understood then, the space and the public and private visuals are totally changing depending on the time of day, and according to the tenants of each module, creating a practically infinite flexibility of use and spaces. Likewise, and to emphasize this adaptability in all kinds of situations, a piece of furniture has been created that, on some rails, separates the living space into two parts that change in size, again, according to the individual need of the tenant: the piece of furniture. it can be moved to one side to enlarge the study area or vice versa, and have a much more spacious and comfortable bedroom space. 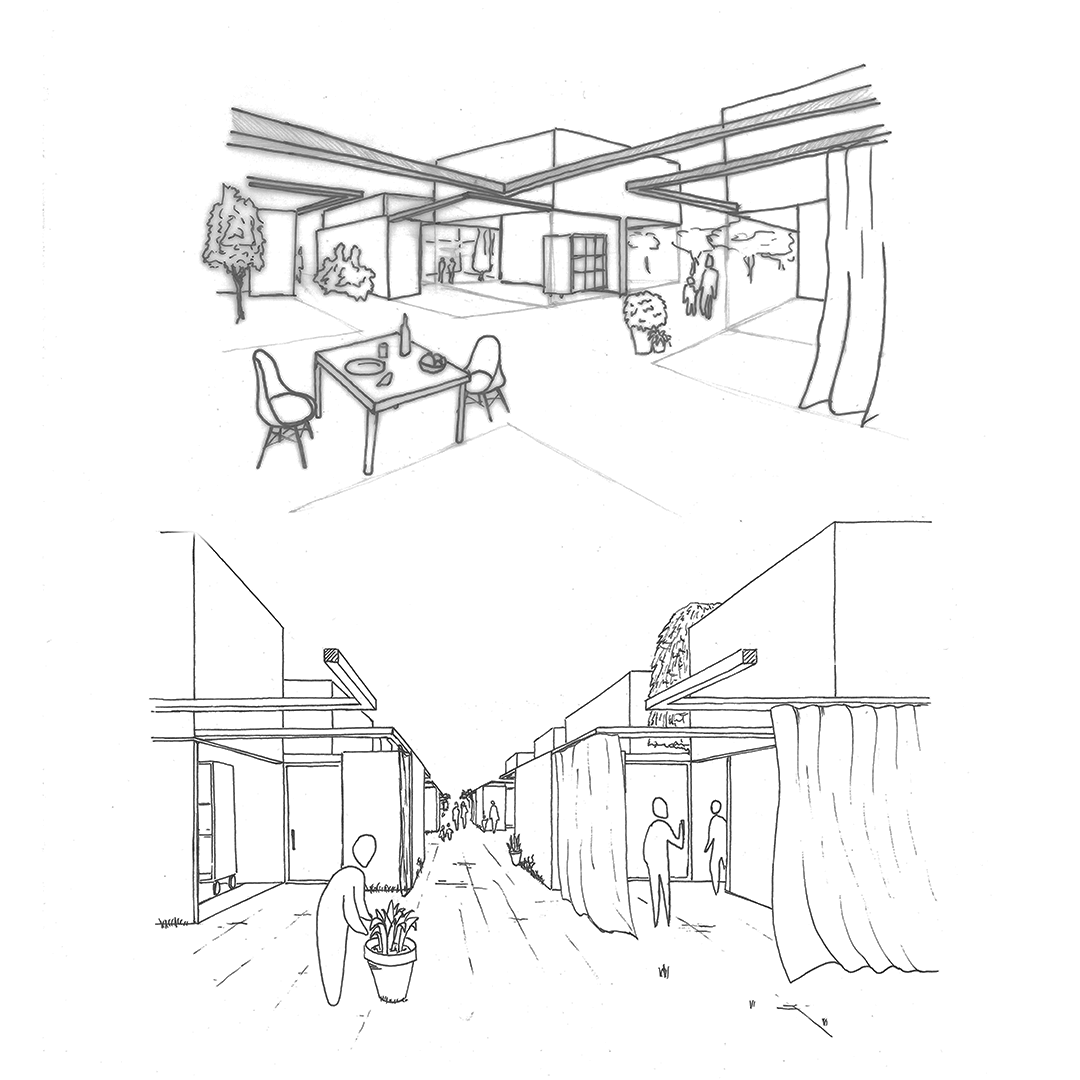 In conclusion, the 3 curtains module is a housing proposal that adapts to the individual needs of the person, to the interactions between the neighbors of the community, and that, despite being literally transparent, with the curtains, the furniture and vegetation, that is, with life, we manage to create different vertical tensions with respect to the horizontal plane, and the grouping becomes severely less transparent than at the beginning, where human and plant action was not present.